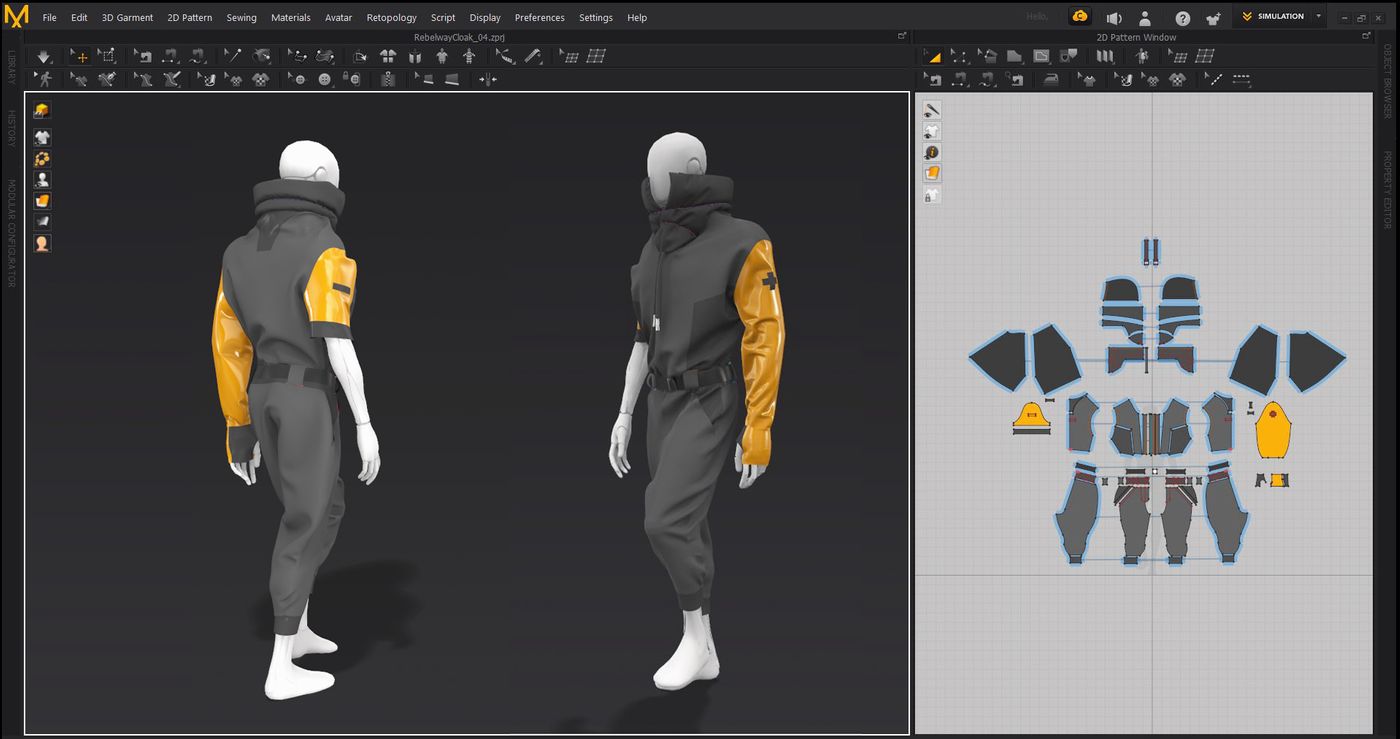 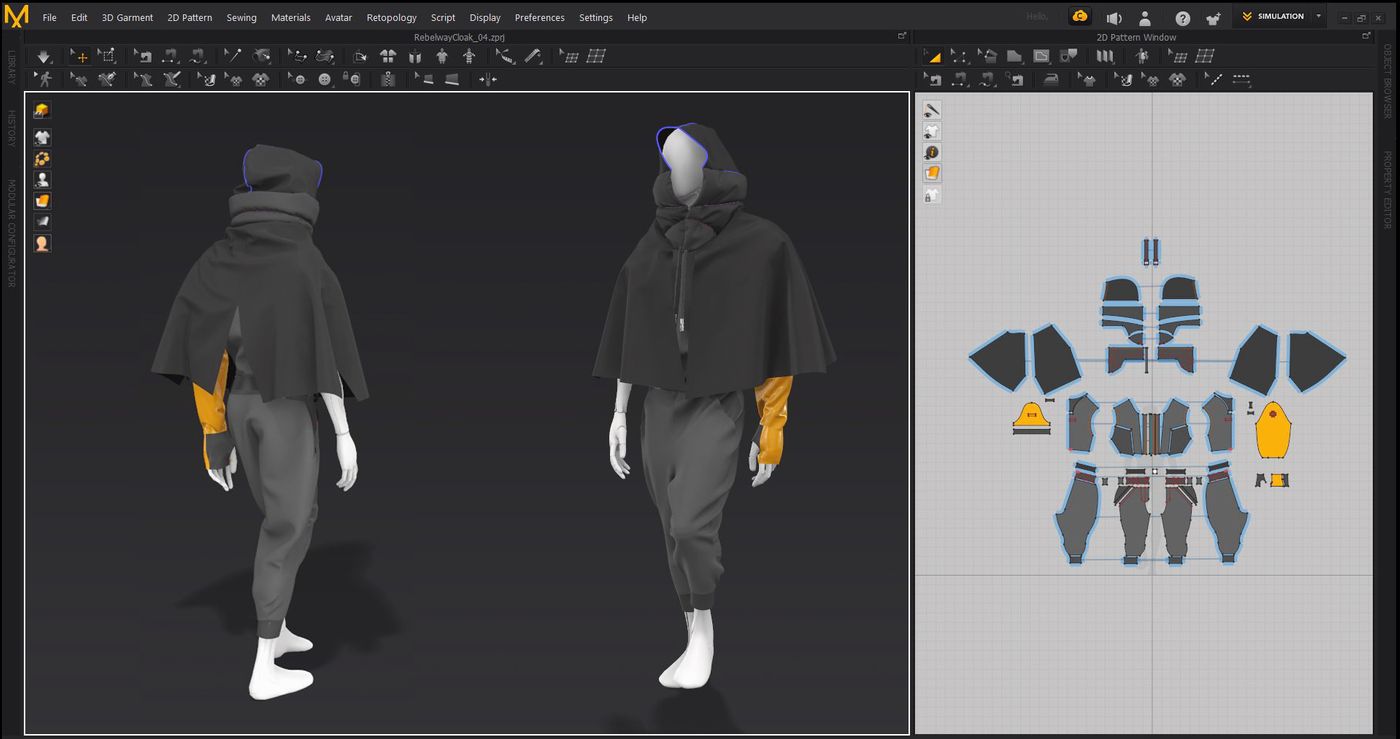 Lately I was working out the design of Sci-fi costume with Marvelous Designer. Each shoulder signifies positive and negative forces generated from characters arms to produce his electric shock power as well as breaking up character in a bit more interesting asymmetric shape. As the character switches into battle mode, the cloak is meant to shrink into the collar. At the moment I am just really looking forward to sorting out UVs, textures and finally doing a vellum sim on all of it.

Hi everyone, I am a bit late to the game, but I guess it is better late than never!

I want to develop the narrative by adding few more steps to the action sequence by having cyborg in first frames appearing as a mysterious traveller wondering through wilderness with tattered rags concealing his identity. Because of that emerging monster initially appears a lot more menacing  and overpowering as an animal hunting prey. As soon as cyborg gets attacked by the monster, his energy his suit switches to more agile looking battle mode and reveals that both opponents are quite formidable. I think this adds a few more stages of unfolding events in these few seconds and balances the scales of power and wonder in an interesting way.

Initially I will be breaking down my project in a collection of few effects:

First of all, like most of the applicants I felt that earth shatter effect is a good place to start. It will help to define a baseline for composition, field of vision and interactions. I aimed to choreograph initial tectonic plate shatter with dynamic "C", "Z" "V" and "A" shaped motion curves to lead viewer's attention to the focal point of the shot. Then, I wanted to keep everything clear and not too cluttered especially when fracturing chunks of rock by separating clear primary, secondary and tertiary shapes.