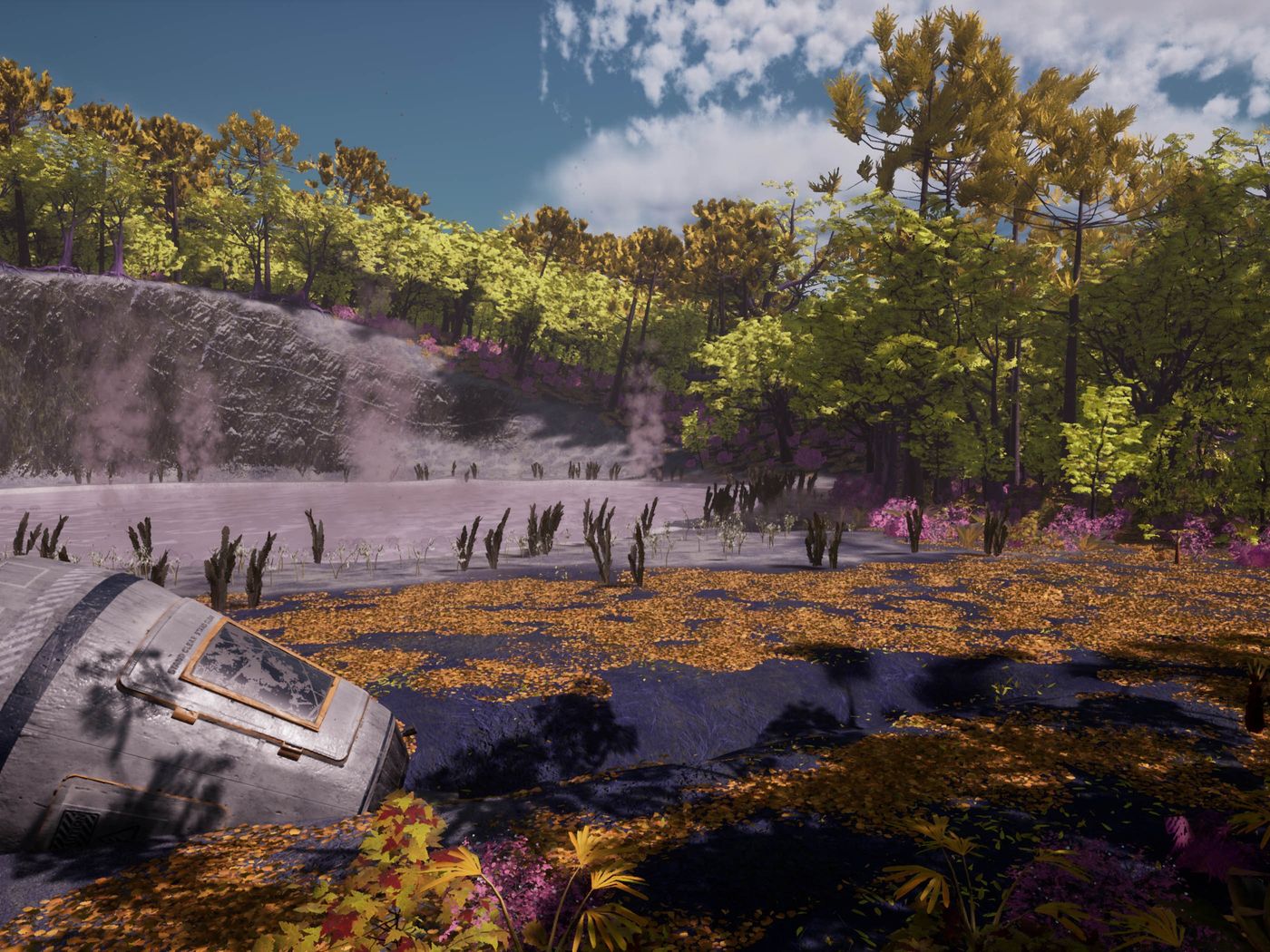 On a planet unexplored for many years, our two travellers are now lost in this fabulous place full of mysteries. - I am excited for this great opportunity to improve my skills and create interesting vegetation!

Over the final few days I have modelled and textured the ship, added in some spherical rocks and sounds and produced my final deliverables. Whilst the scene is nowhere near as finished or polished as I would like it to be I think that I did as much as I could in the 4 week timeframe I had. I have also learnt a lot along the way which I will take into my next environment.

The sounds I have used are a combination of downloads from freesound.org with the creative commons license, the flies sound and the wind sounds are from Quixel's Medieval Game Environment and for the voices I used a free trial of Replica's text to speech software for fun as I was interested to see how well it worked.

Everything else in the scene is made from scratch by me.

I would also like to say thanks for hosting this contest! Here is my entry: 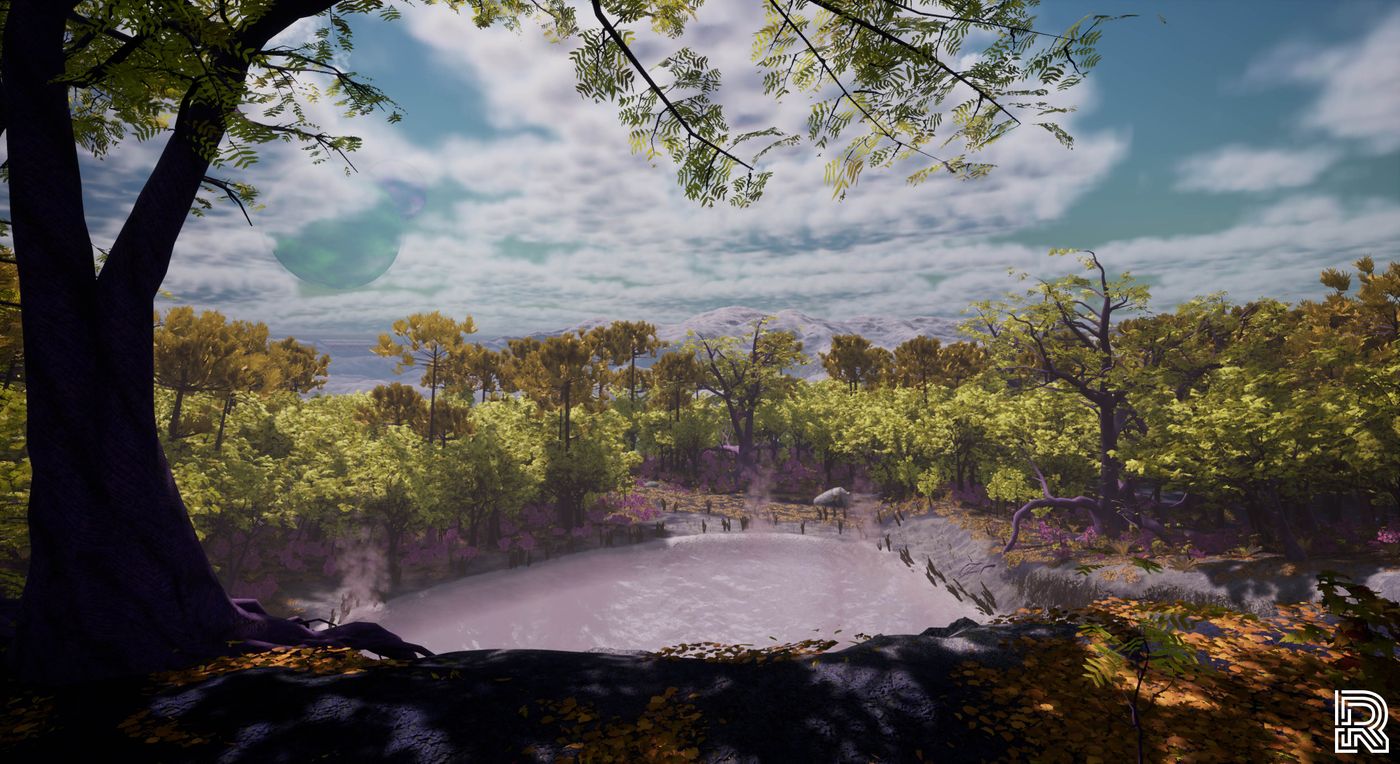 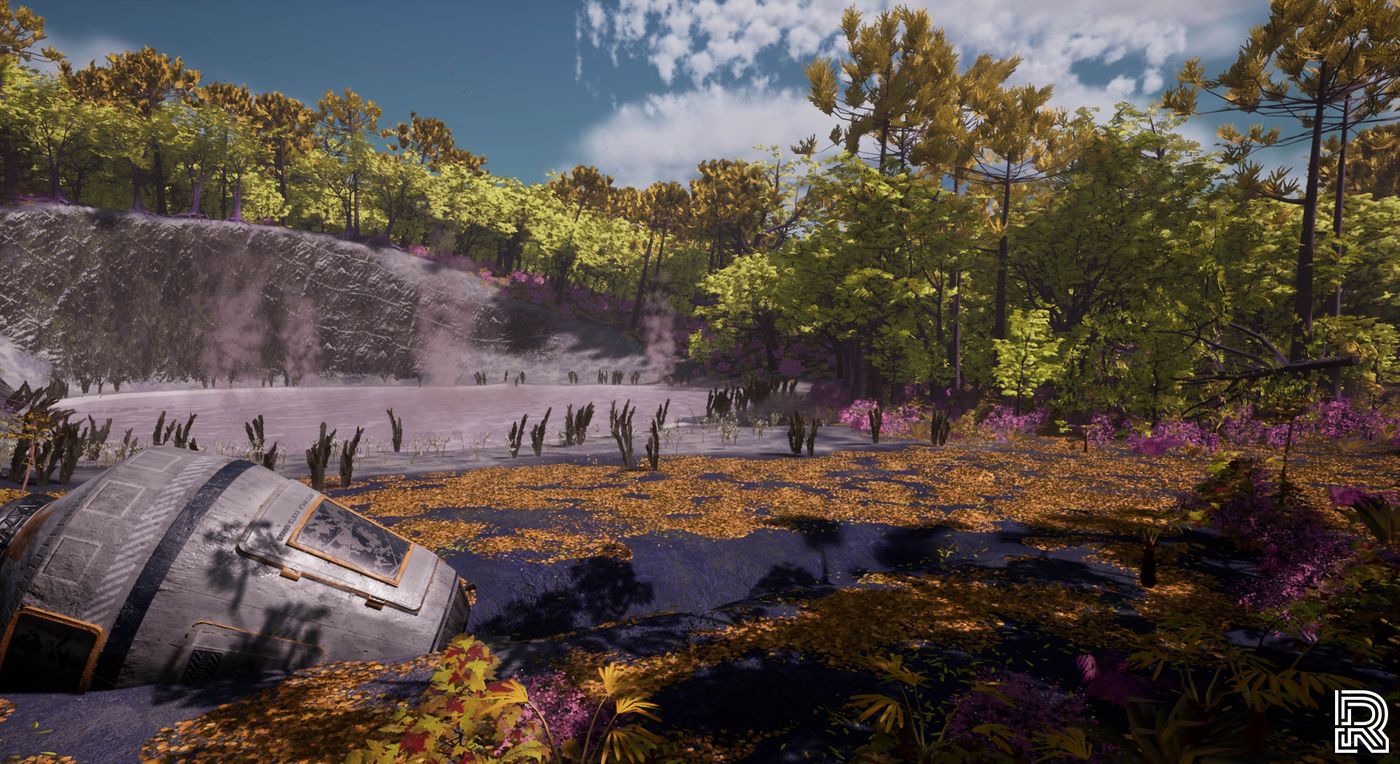 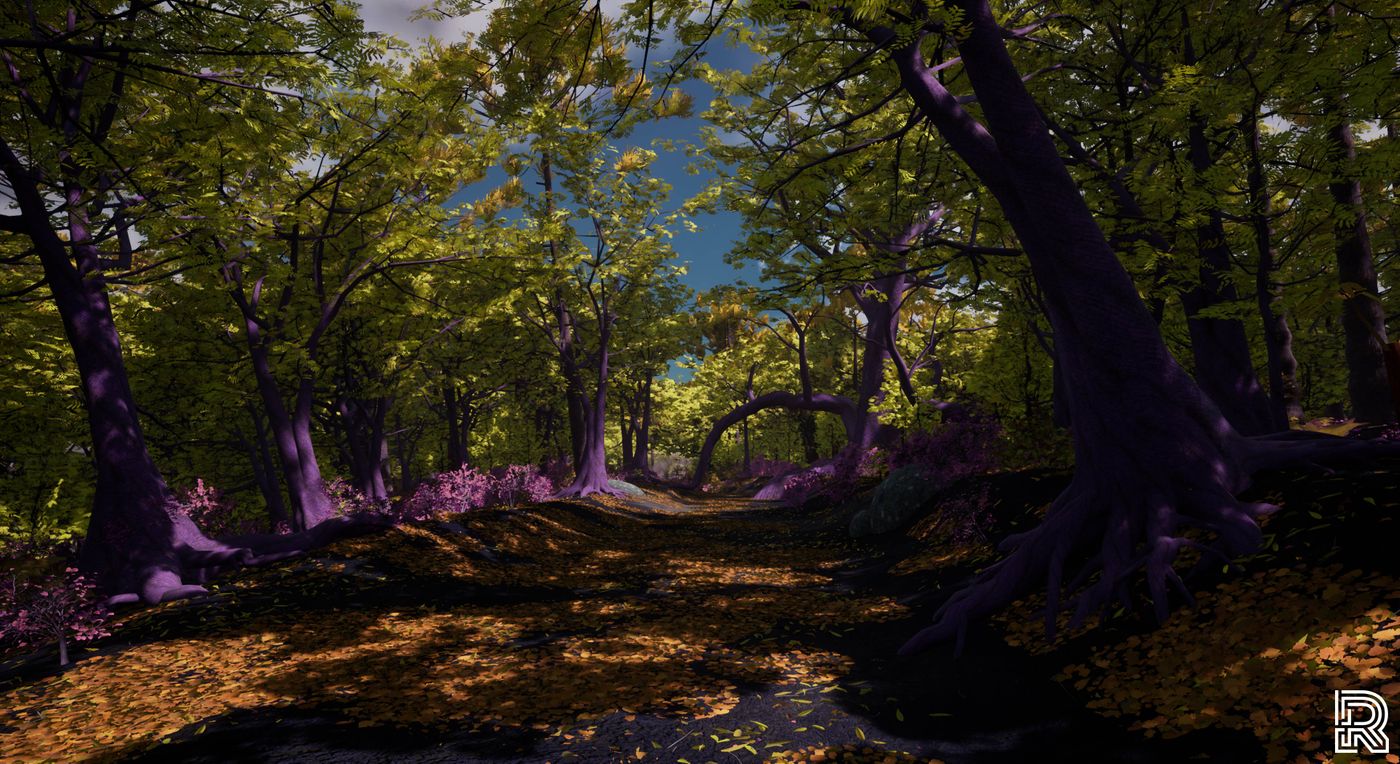 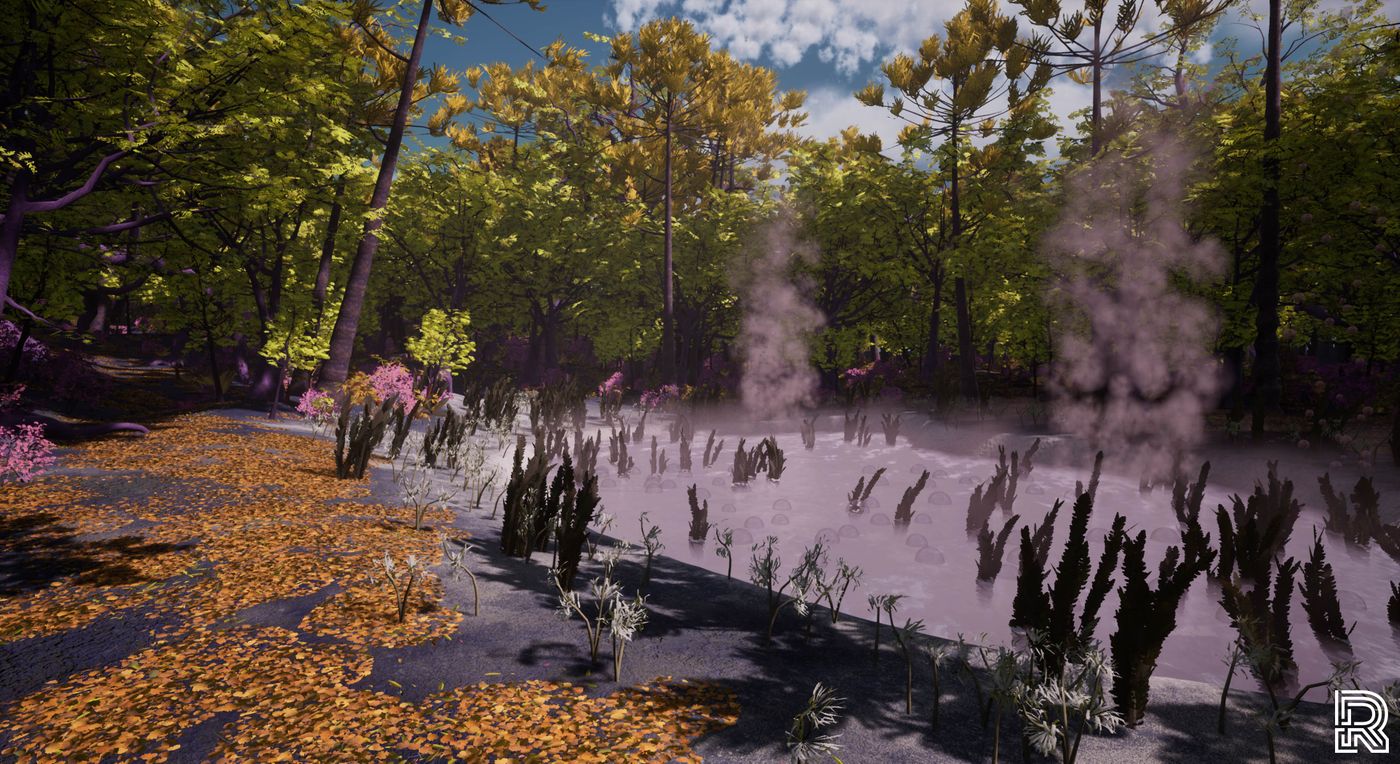 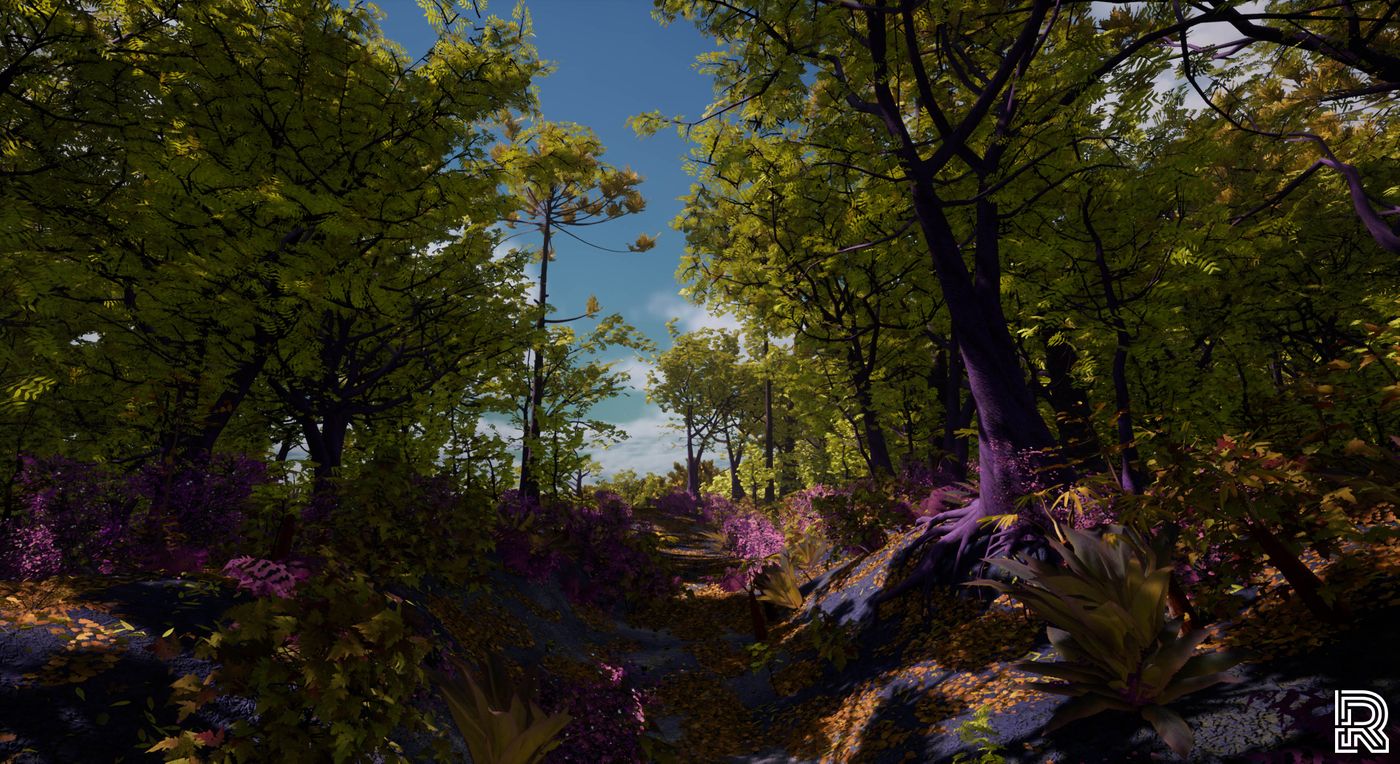 Hi guys, sorry for not posting in a while, I have been very busy with the scene and a lot has changed. I have changed the whole layout of the scene so that I could focus a more on a walkthrough for my cinematic deliverable and scaled down a bit so hopefully I can also focus a bit more on the quality of my assets.

Since the last update I have now made all of my vegetation and implemented my landscape materials into the scene. There is a base auto-landscape material which blends based on slope angle and then also a few more materials that I can paint on top.

I have also implemented all the foliage with LODs and wind to make the scene feel more alive. I have lots of work I want to do but probably won't get it all done which seems to be a recurring problem of mine... However over the next few days I will get as much done as possible before arranging and presenting for the deadline.

Here are the results of my leaf scan experiment over the weekend. I took 4 different pictures with light shining from 4 different angles and also one picture for the subsurface information using an LED panel with leaves placed on top. I then processed the pictures using the scan processing nodes in Substance Designer. 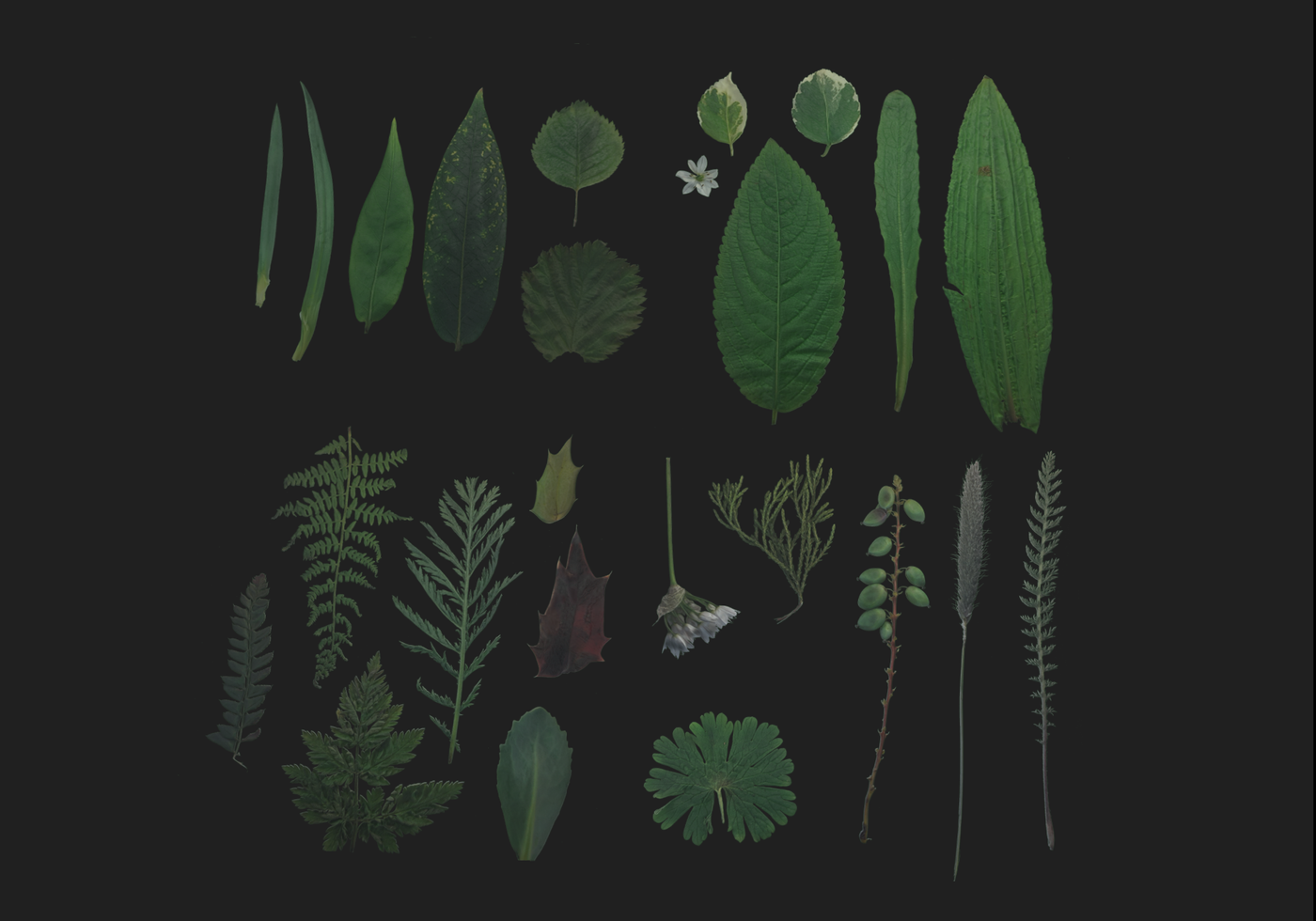 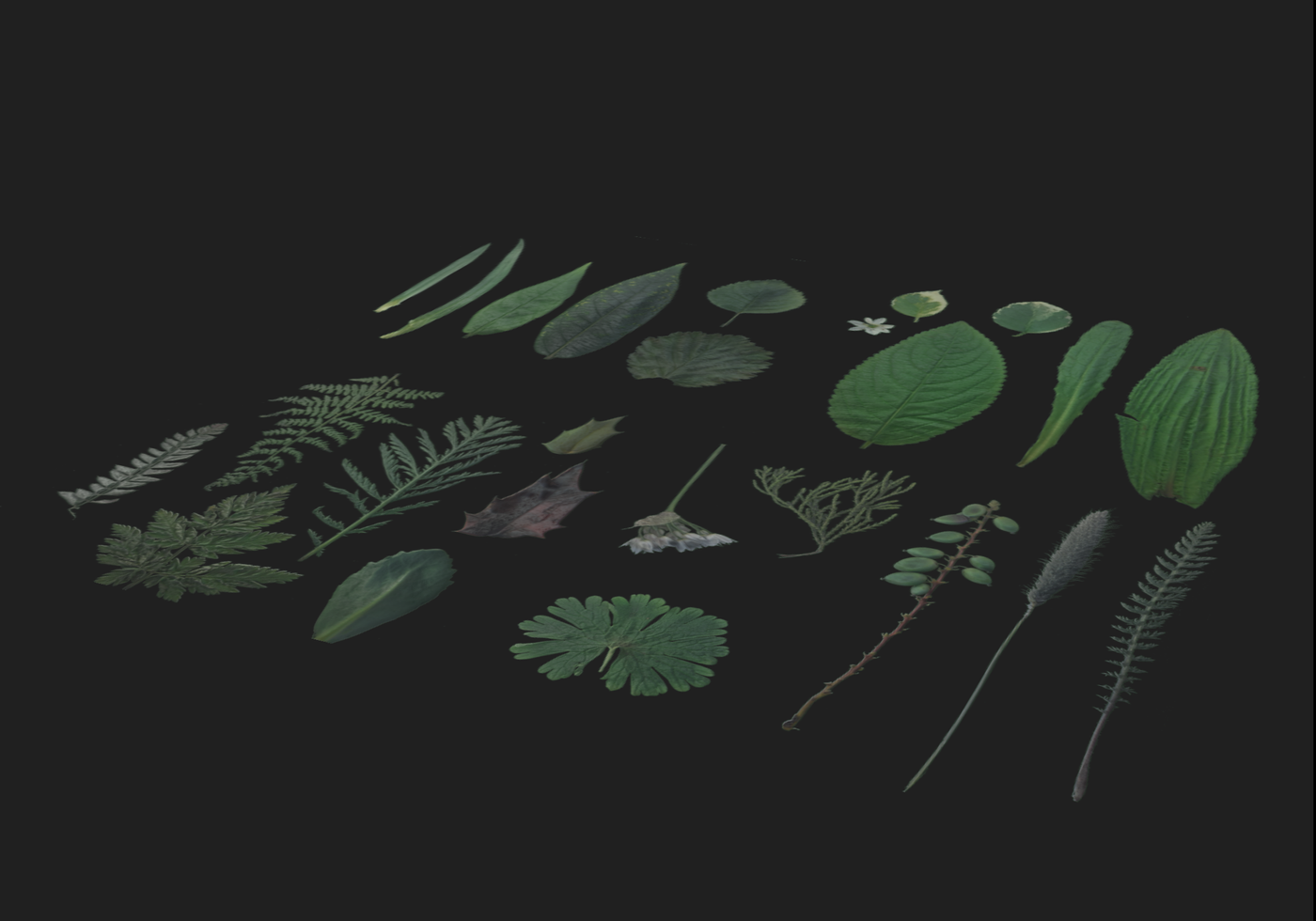 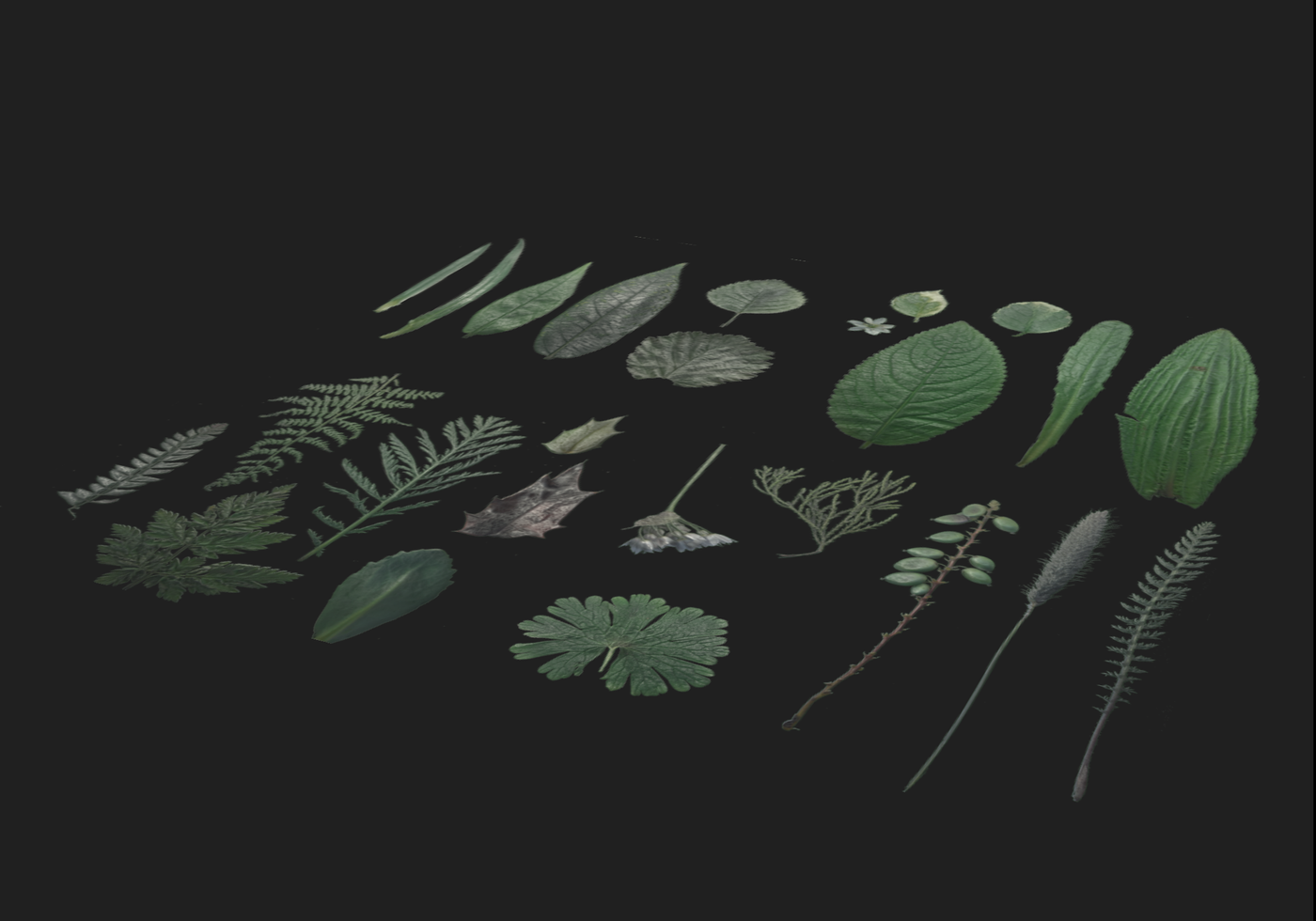 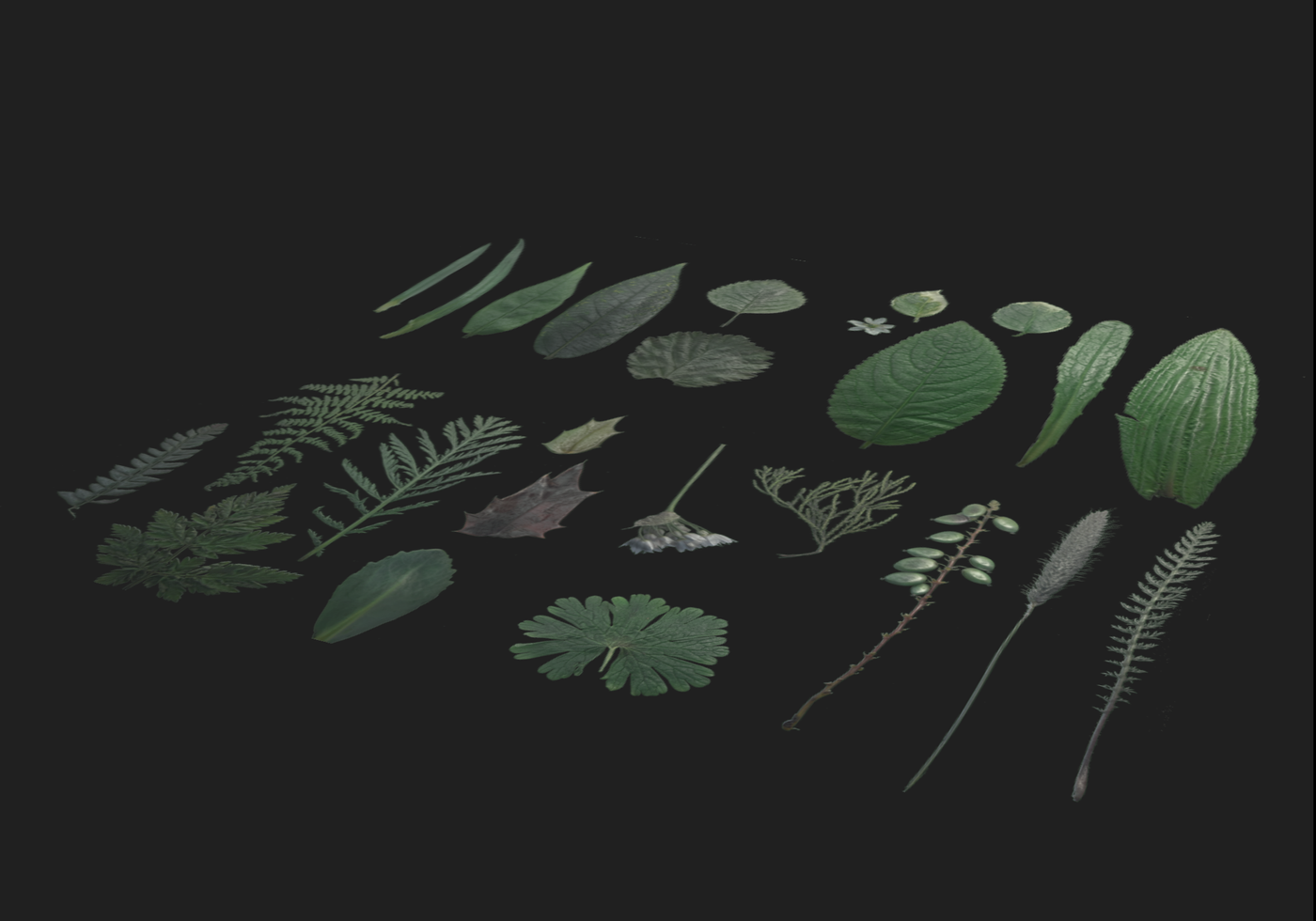 I will be using different colours for the leaves but these are the results of my scans. I will also be doing a few extra scans for grass blades. Now on to SpeedTree to create my vegetation!

Started a bit late on this challenge but excited to use this opportunity to refine my skills and create some interesting vegetation.

I have started by trying to come up with concepts and I wanted to create at least two shots thinking about render composition.

This was the result: 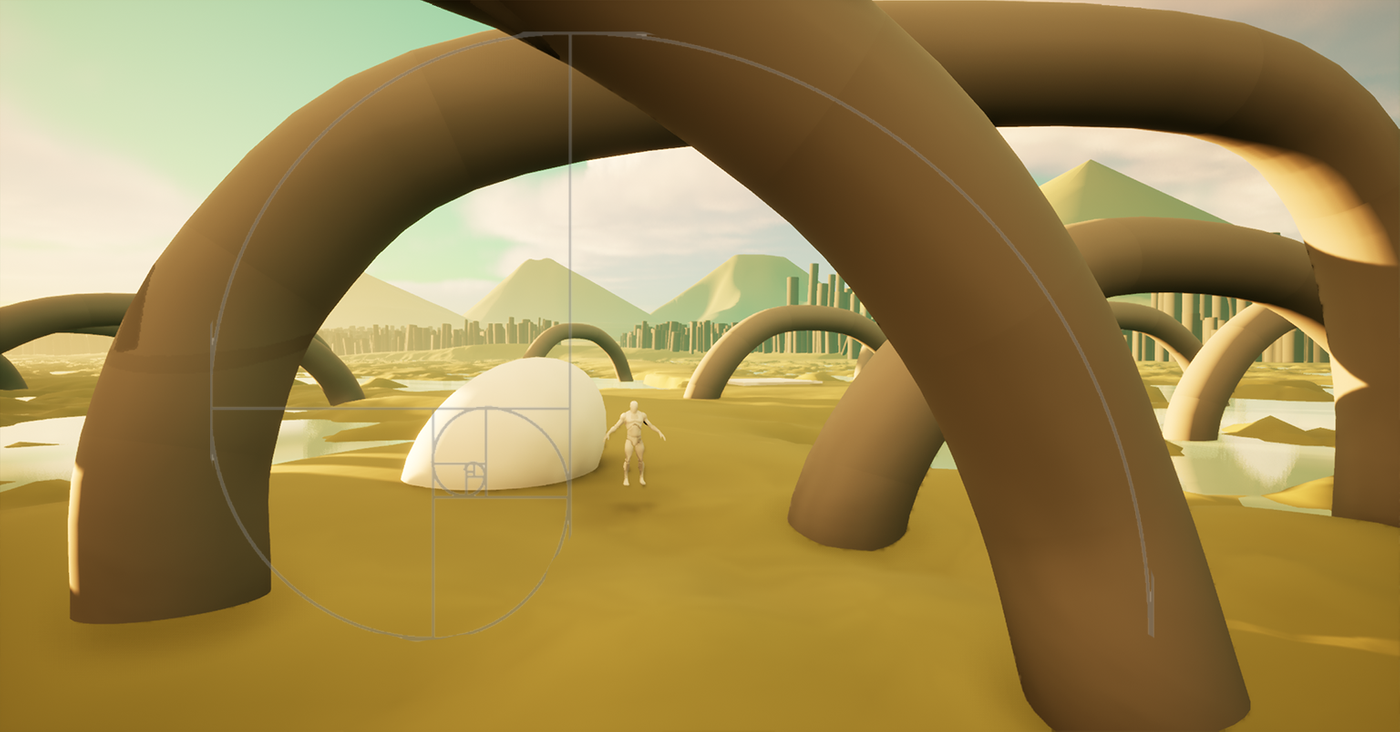 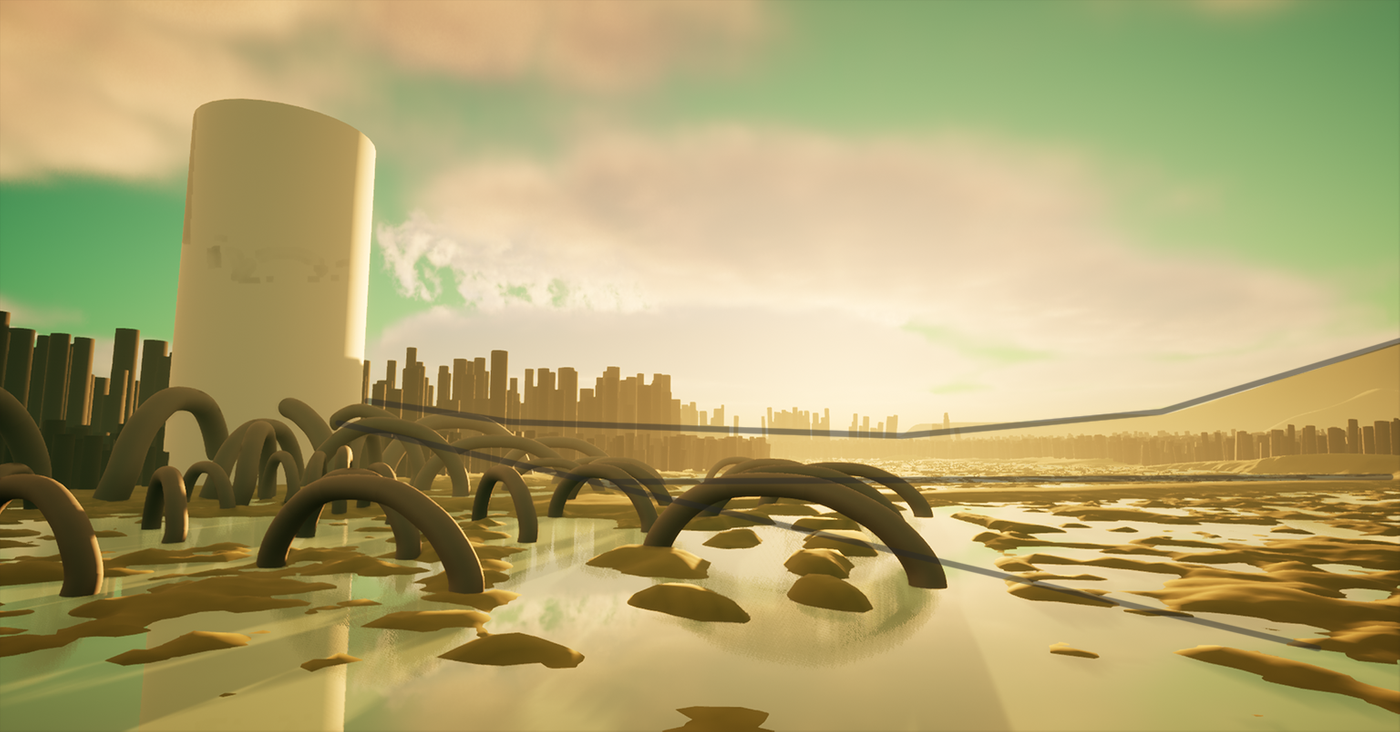 The first image is concentrating on the use of The Golden Ratio to lead the viewers eye to the crashed ship and the second is using leading lines to lead the eye to what will be a huge alien tree. While these two shots obviously need a bit of refinement I was happy with this as a starting point and moved forward.

I then started breaking down the scene and creating an asset list for my project. My environment is made up of three main sections or 'biomes'. The acidic crystal 'marsh' area which is surrounded by the forest area and then mountains in the background. The way I like to break down scenes is to imagine the environments from the ground upwards. Here is that process: 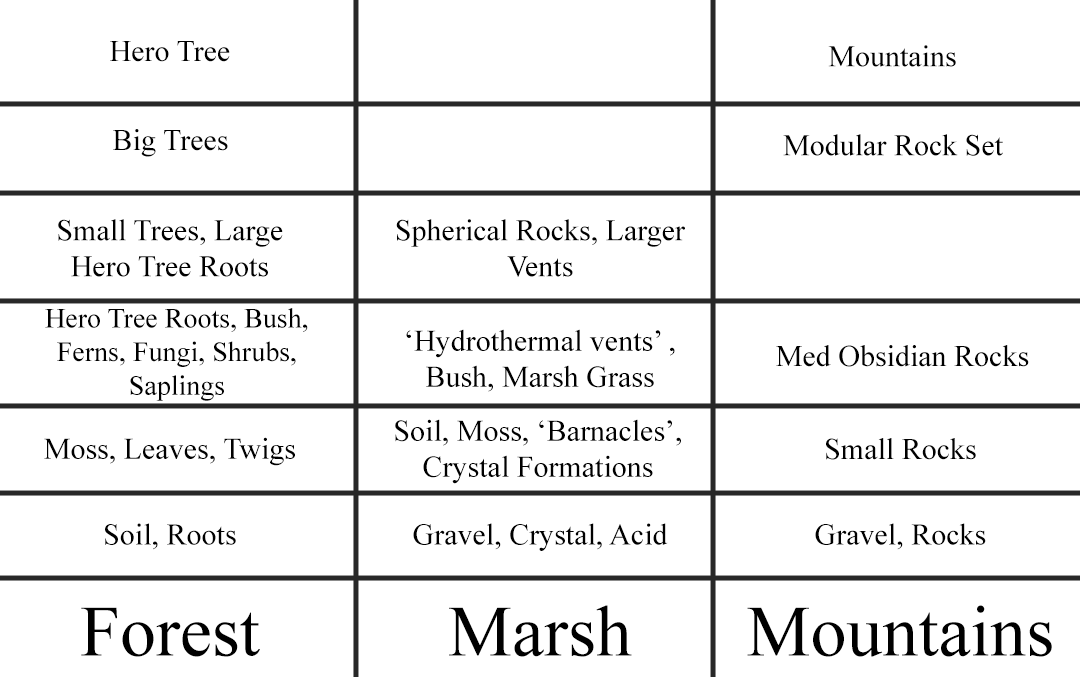 This is the initial reference I gathered for my scene which I add more to as I continue working: 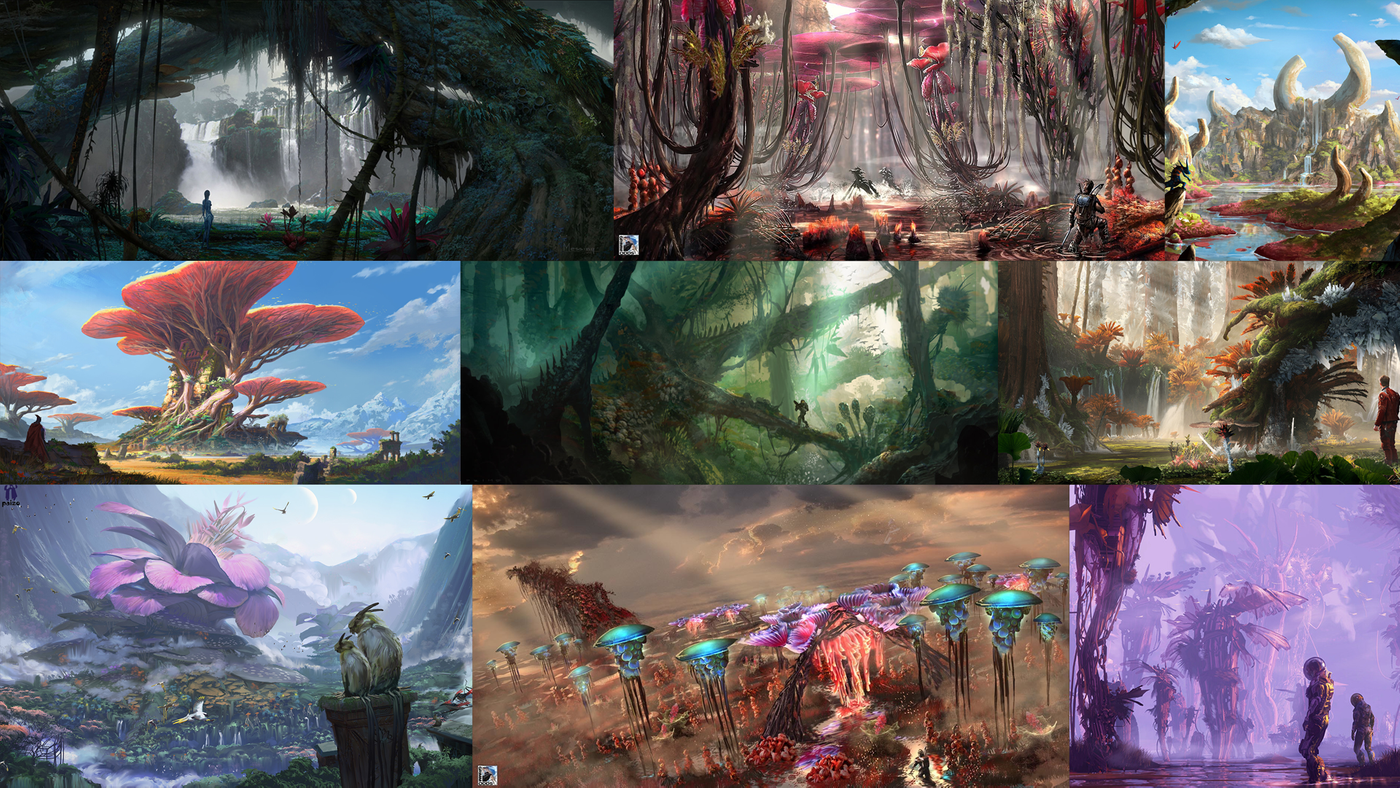 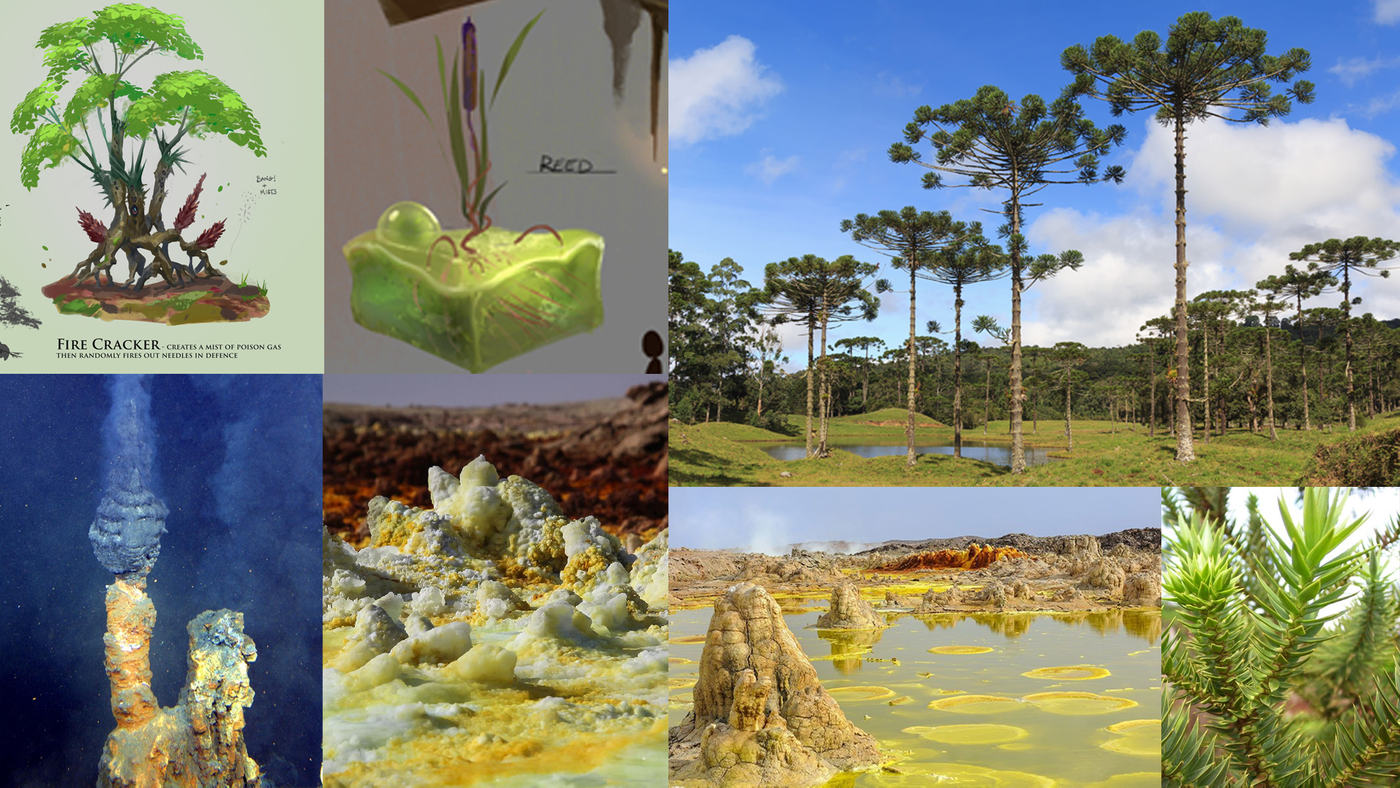 I have been working on this for two weeks so far, and have now completed all the materials and VFX that I want to use for the scene.

This weekend I will be experimenting with some photogrammetry for the leaf atlases and then next week I will be spending a lot of time in SpeedTree! 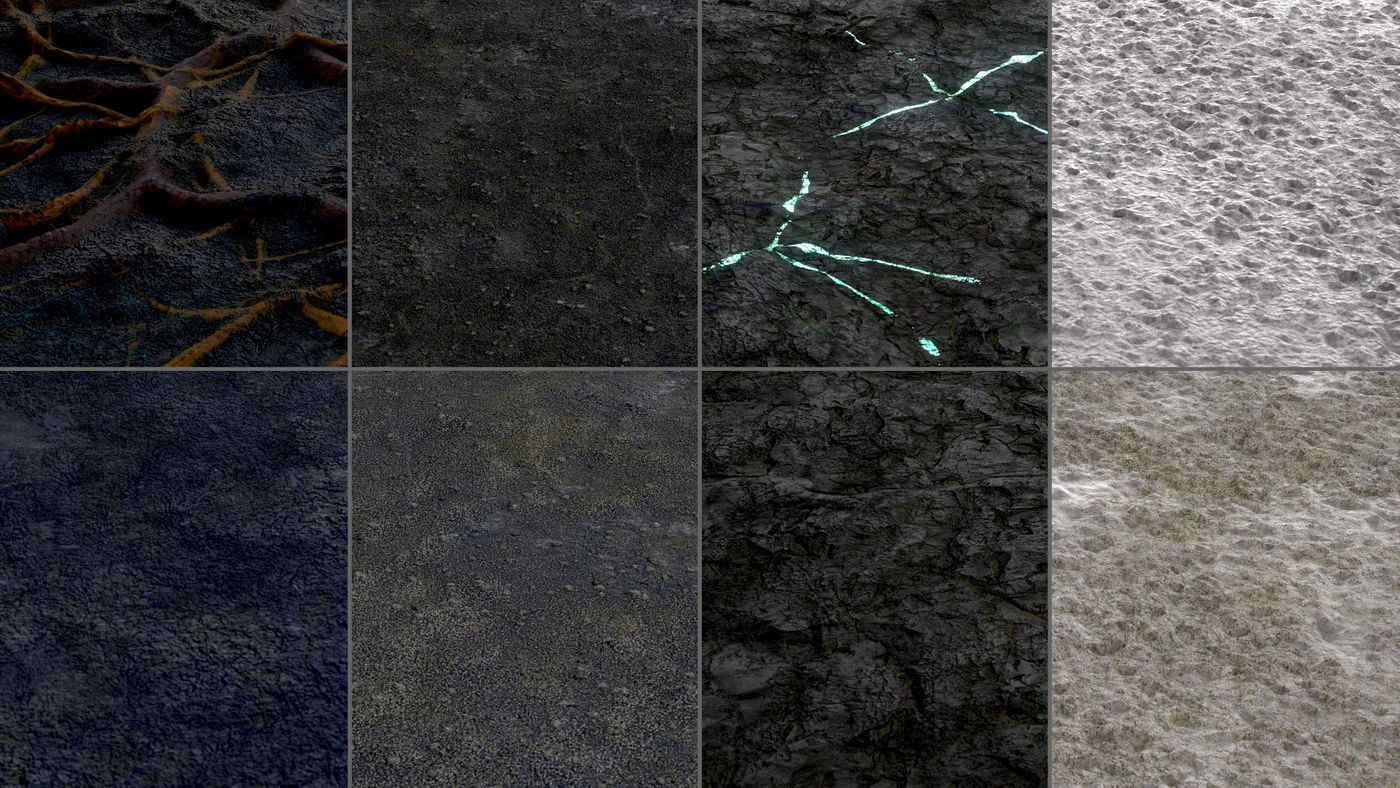 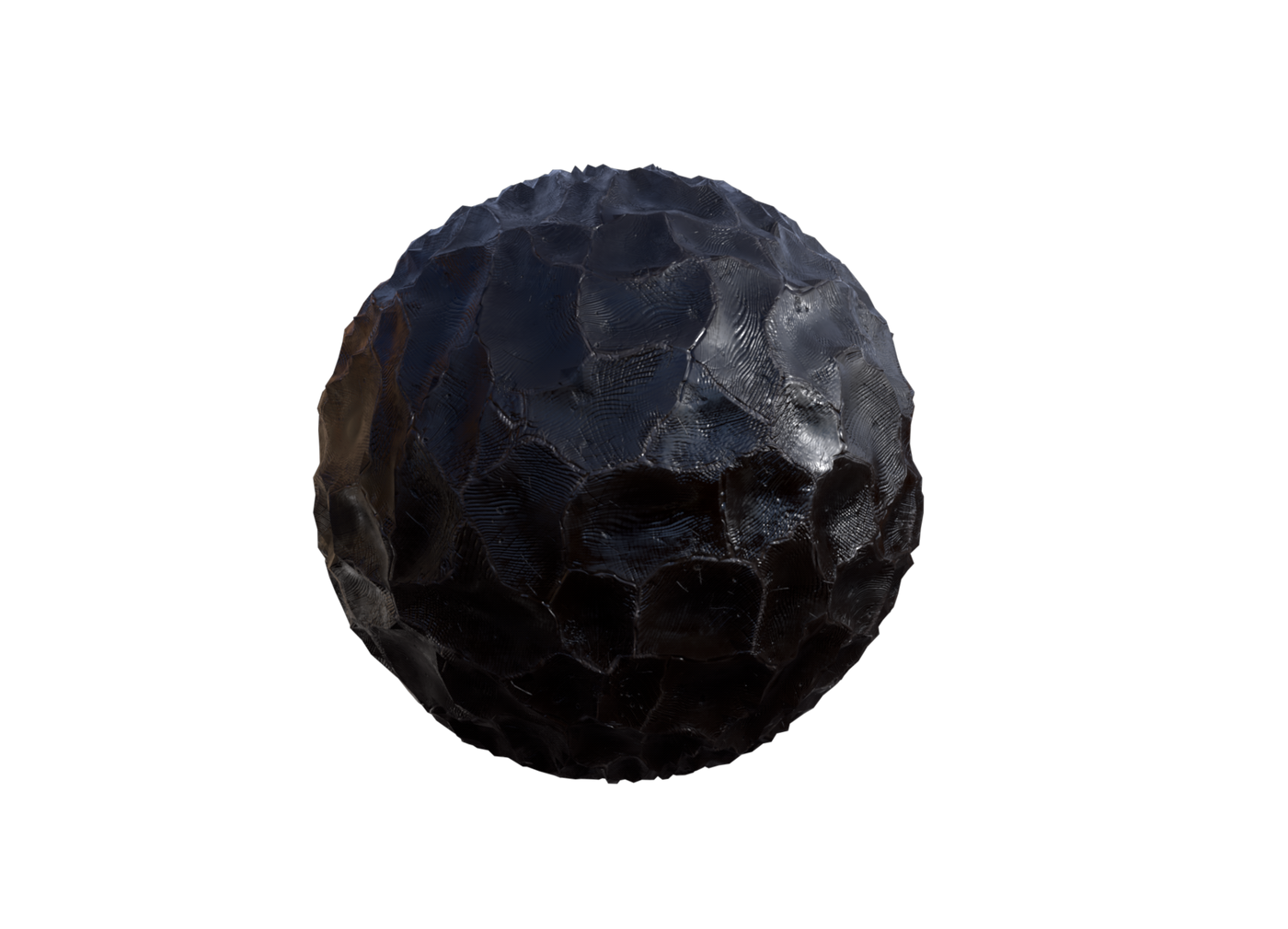 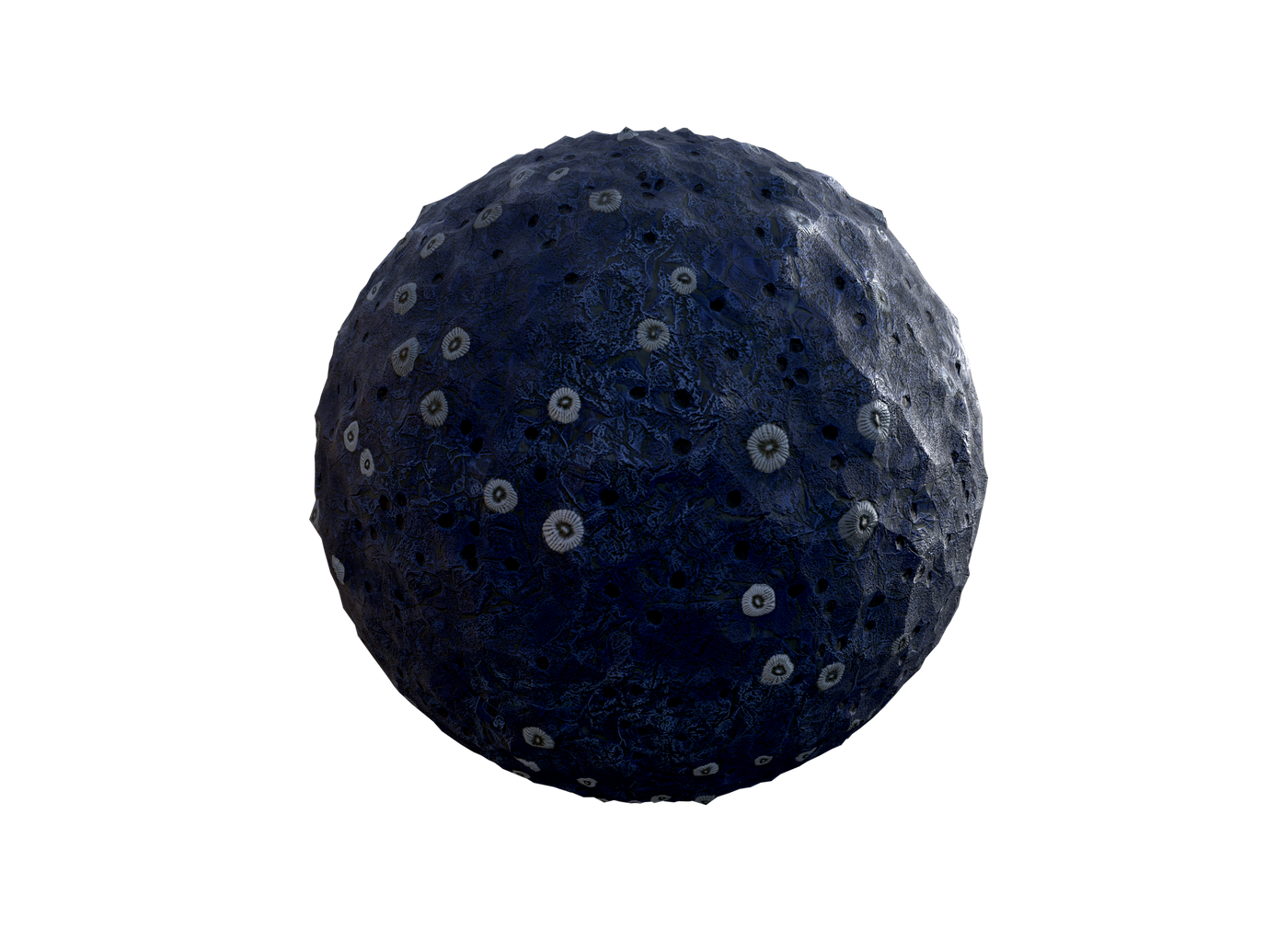 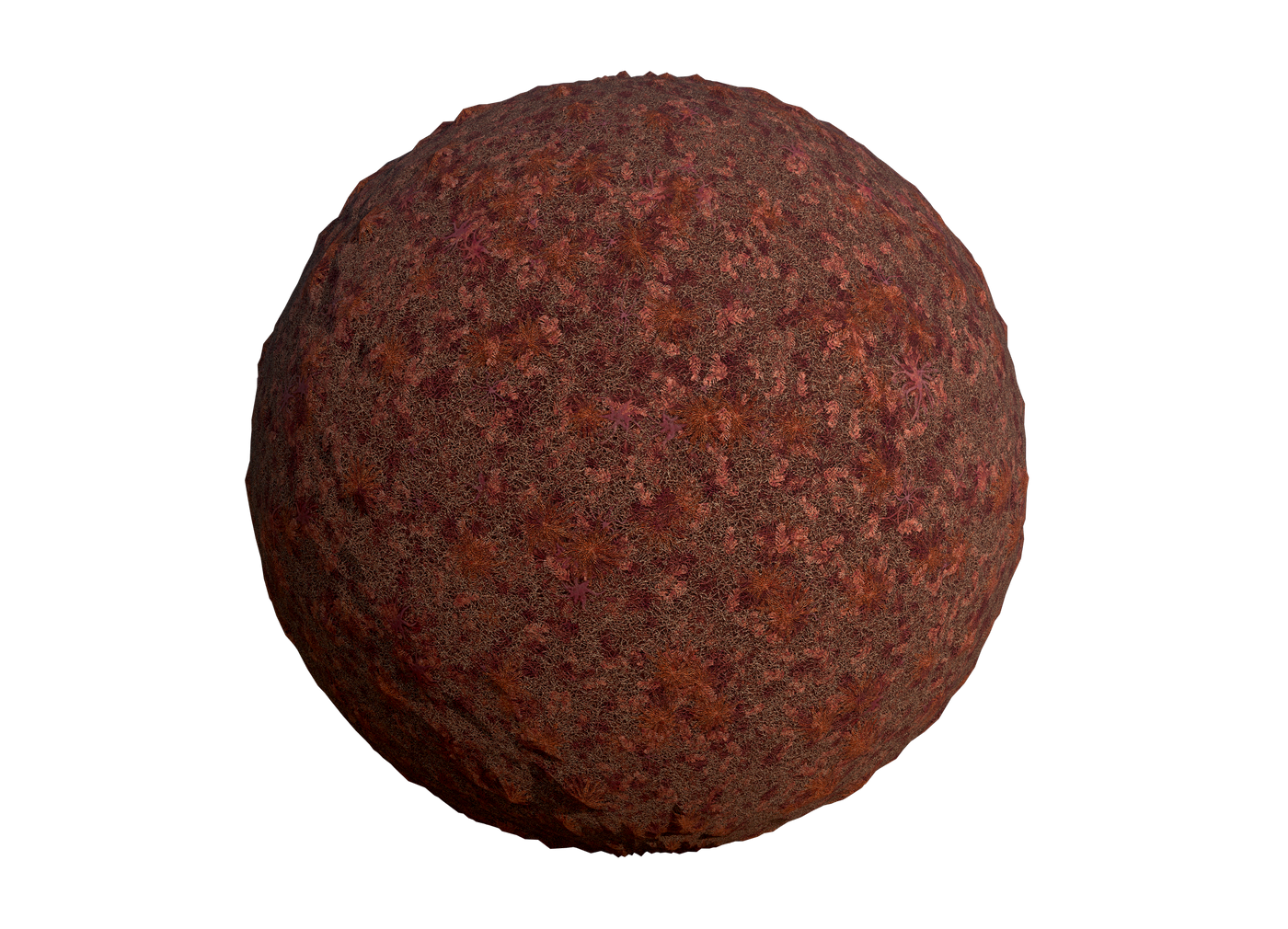 This is how the scene looks right now, I am using dynamic lights with DFAO and volumetric clouds.

I am pleased with the base I have created and I'm excited to fill it with lots of vegetation! 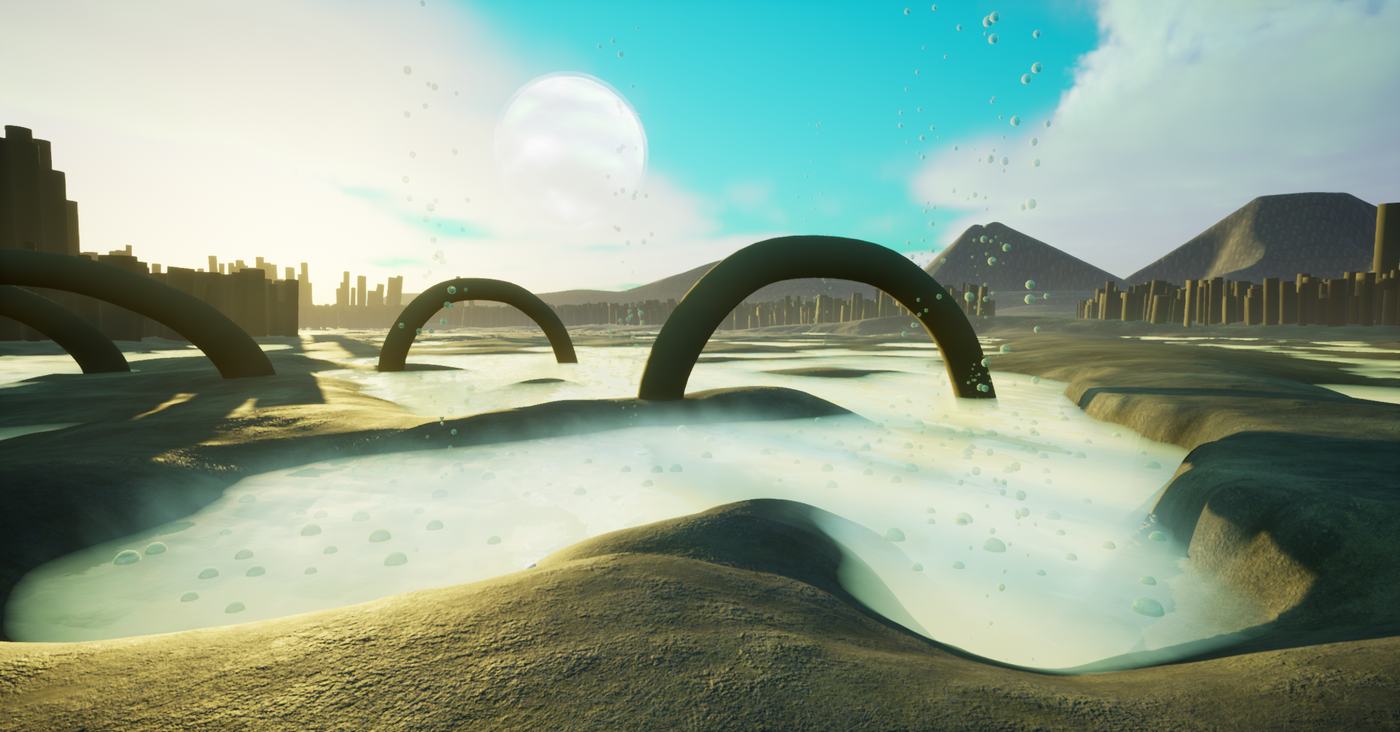 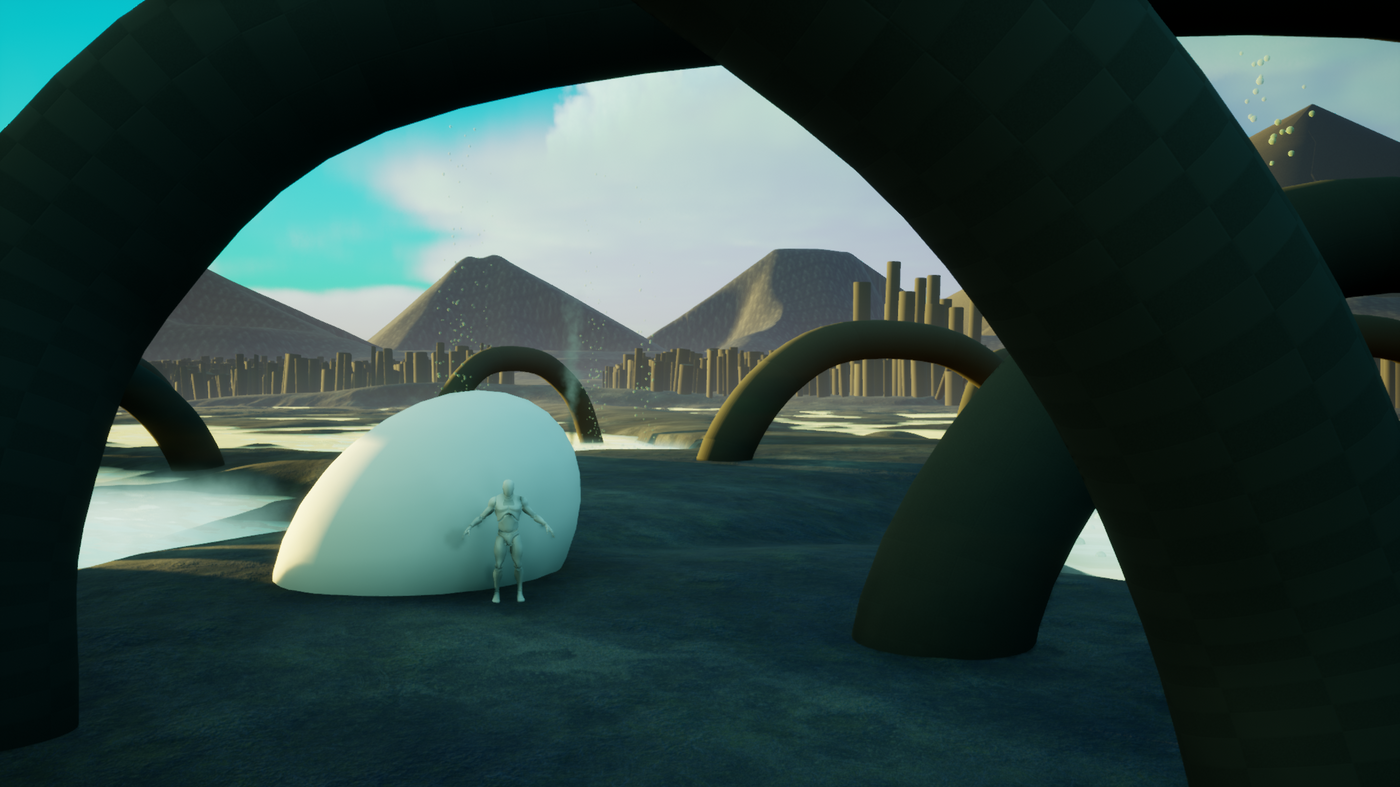 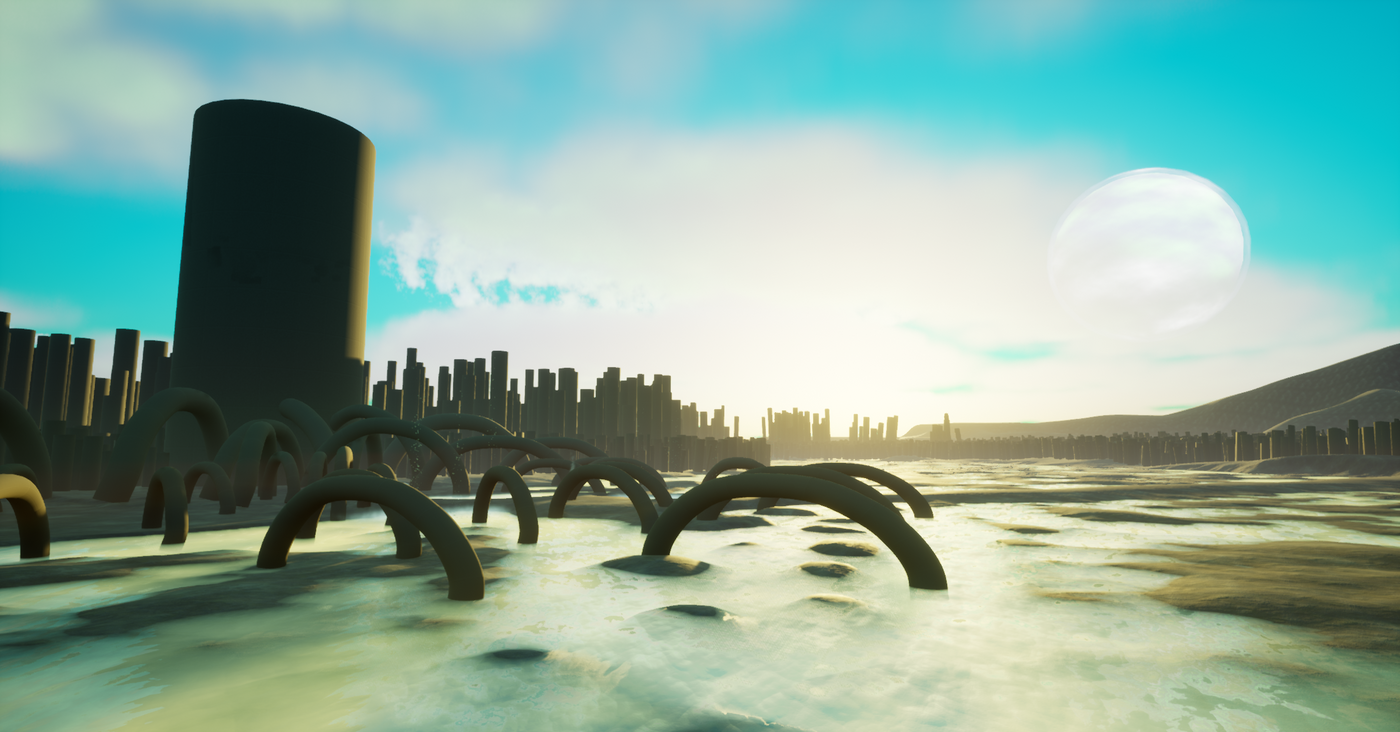 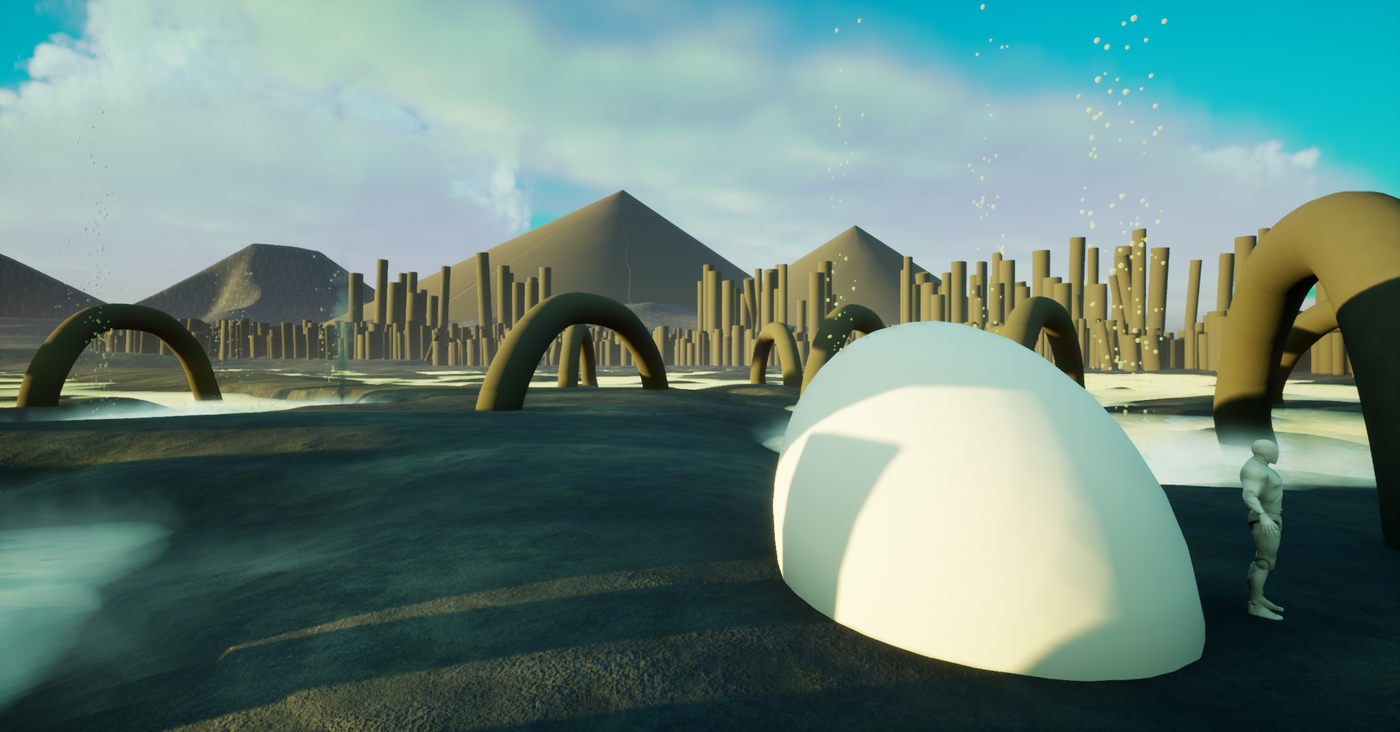 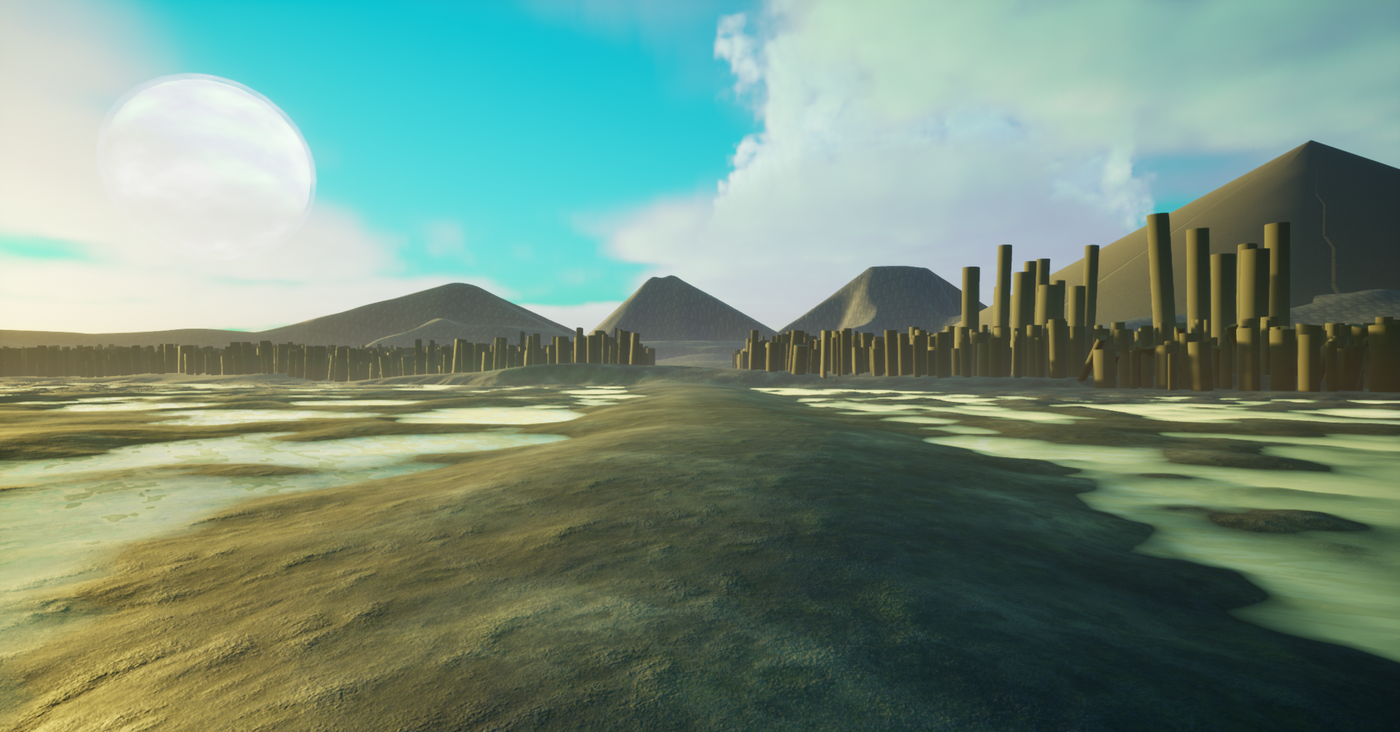 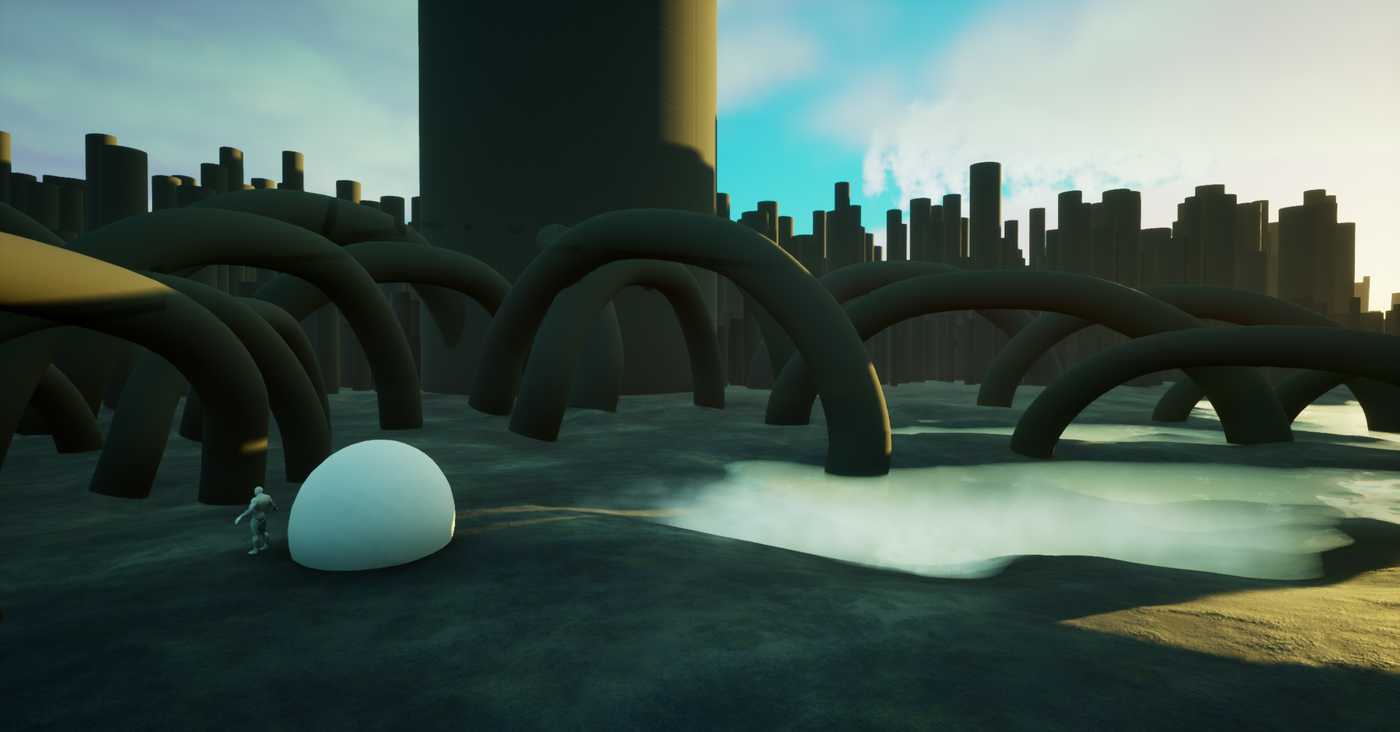 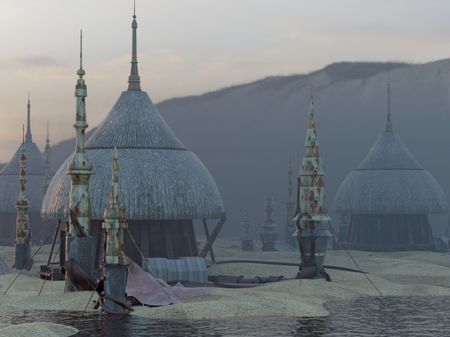 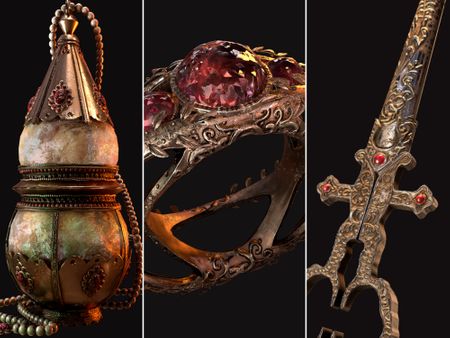 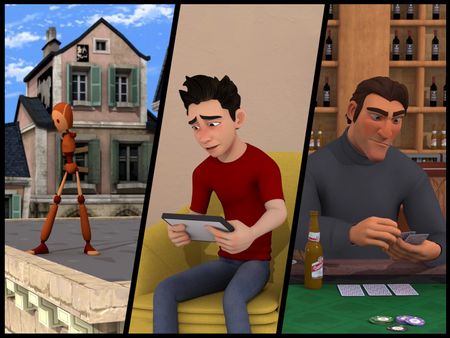