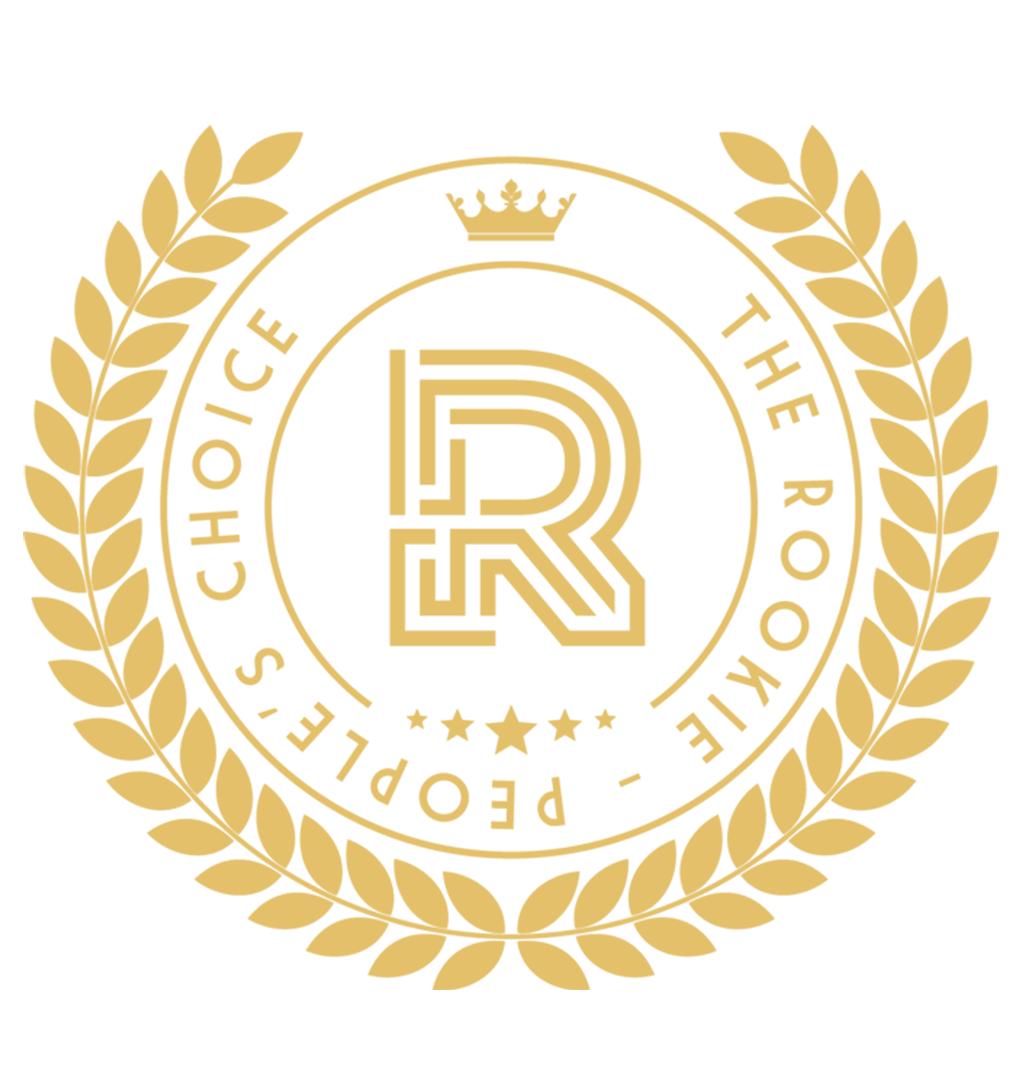 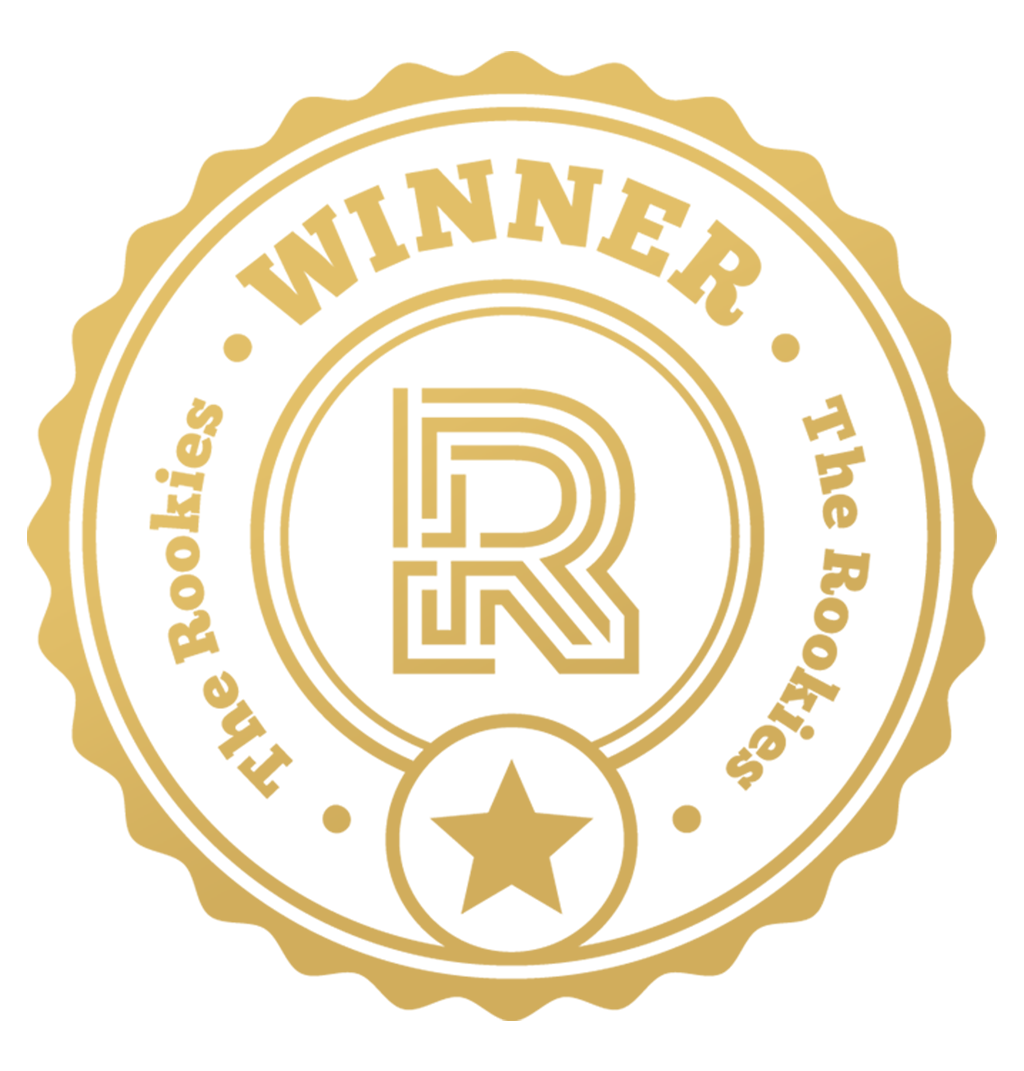 by flamecroowz on 6 Mar 2020 for Monster Challenge

There have been many film productions that told about mutant humans in the last few decades, one of them is Frankenstein which is one of the most popular. This time i want to tell my own ideas with a different stories and visualization.

Finally, I decided to choose model 1 to be the main form of the monster that I wanted, and I also took the idea of ​​the components of model 2 to collaborate with or combine with the final shape of the monster.

At this stage, I also decided to visualize the Doctor's change phase from phase one to the final phase, till he became the monster so we can get the design and visual ideas clearly.

The process of making thumbnails has been completed, and I finally decided to choose some of them for me to clarify and make it more detail. I got two thumbnail samples which in my opinion are the best fit for the brief, besides that I have added a number of different components which I basically took from previous thumbnails. I also tried to explore ideas for the machine jaws used by Doctor Raptor to close his mouth which full of teeth and thorns that can't be closed 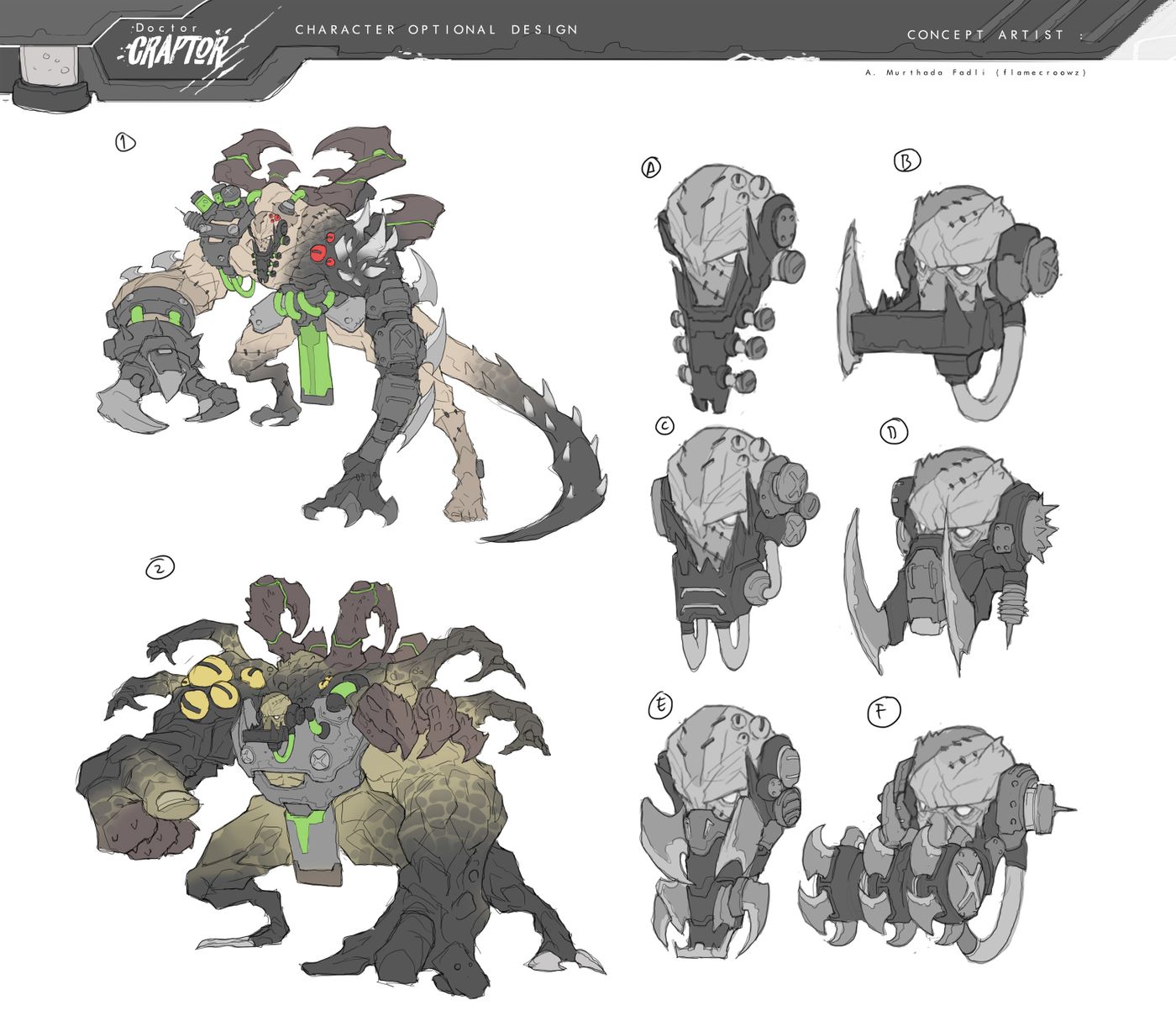 After creating the Craptor design, the next process that I do is collaborating the components in the Craptor with the main character which is the Doctor. In the middle of the process, I combined a number of additional references to complete new ideas in the character, and of course those ideas can’t be separated from mutants and artificial humans. I took samples from several concepts from games, horror films and other thriller films. I tried to show the appearances of some body components of the Craptor itself which consists of claws, legs, claws, and tails to give more impression of the Craptor as the main character. I also added some lab components, such as bottle liquid and iron elements in some parts to reinforce the strong and "dangerous" impression of the character.

After doing some exploration in finding the right structure, components and proportions, finally some visual concepts and ideas were created for the character design, here is a collection of thumbnails that I got from the exploration process of the main character (The Doctor). 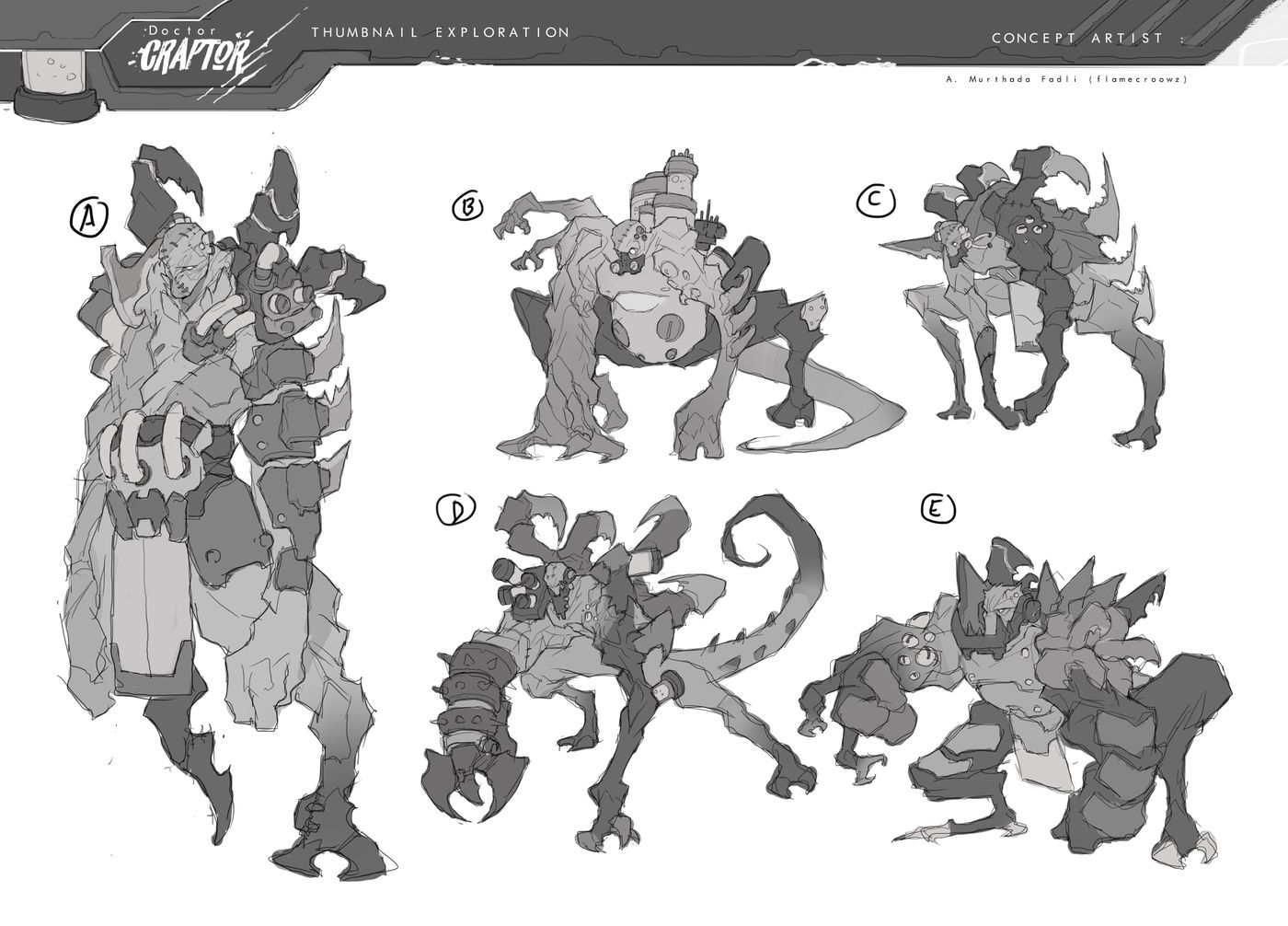 Update I : Concepting The Ideas

At this stage I try to gather some references or material to visualize my ideas. I plan to make the Craptor first, which later I will collaborate the body structure with human anatomy to make the Frankenstein based on The Rookies’s brief and Ideas that I have developed.

I want to make a creature which is a combination of reptiles, primates, amphibians and insects. Here I have prepared some references that I plan to explore more. 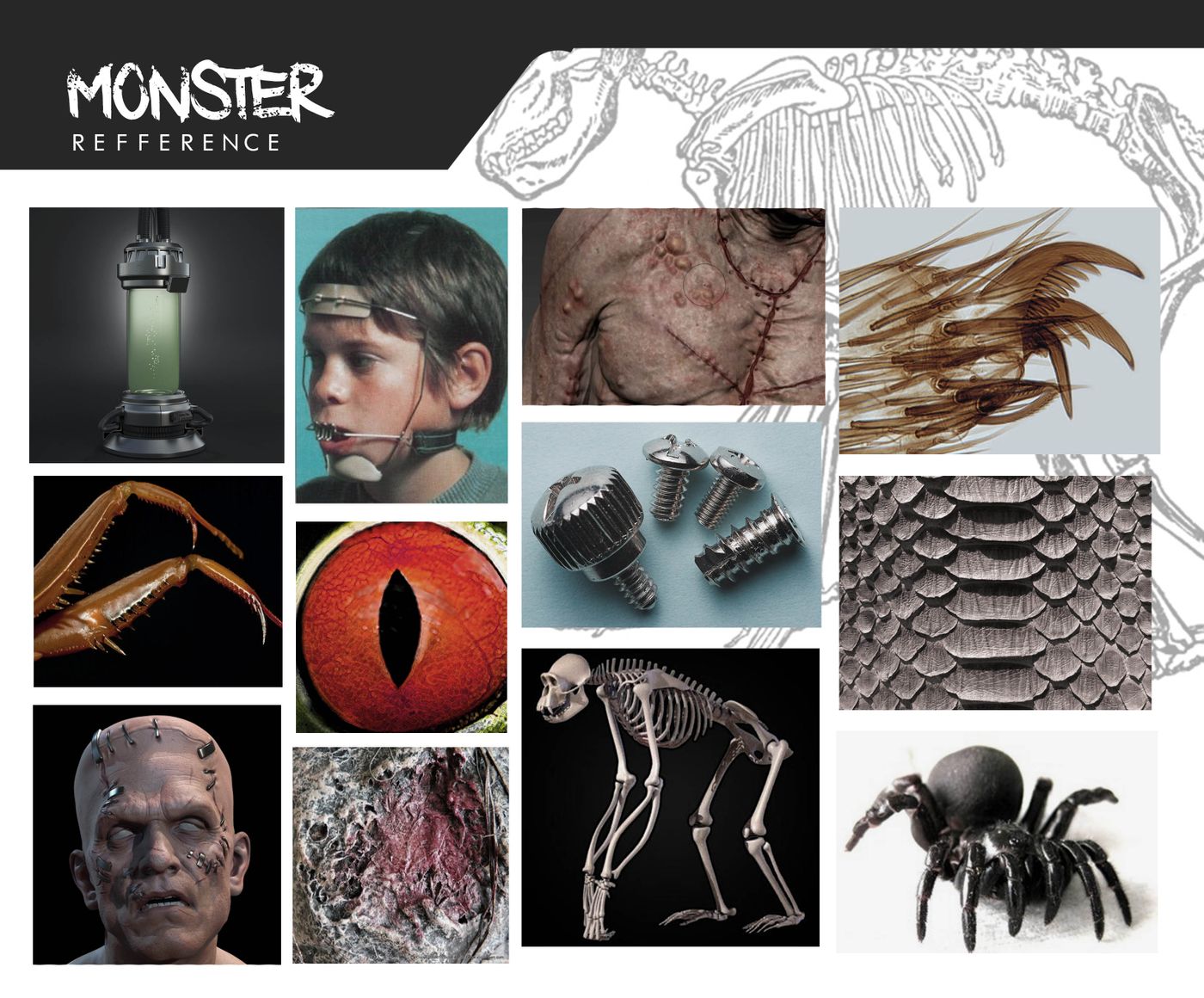 Based on the references that I have obtained, here are some of the results of exploration that I have done. Here is the Craptor design which I will collaborate with the form of human’s anatomy to make the Frankenstein character that I want. 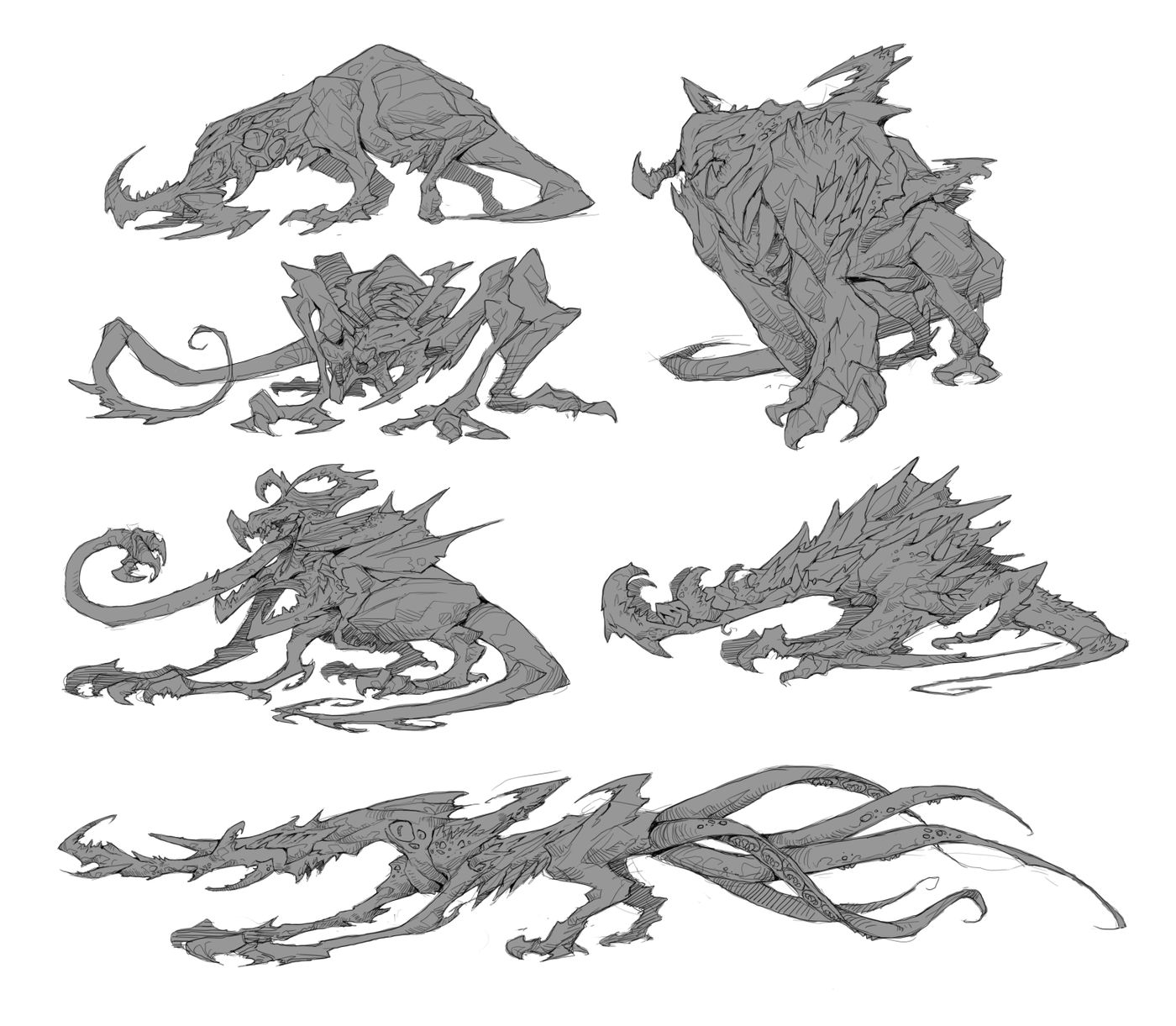 The Brief and Ideas:

There have been many film productions that told about mutant humans in the last few decades, one of them is Frankenstein which is one of the most popular. The ideas and concepts have been collaborated and wrapped into stories that are more varied and more interesting as film production develops. This time, The Rookies took Frankenstein as the concepts and stories more interestingly in a Monster Challenge which made me challenged in expressing my ideas and concepts that I will share and visualize in this contest. I’ve been working on my concepts and ideas about the character based on The Rookies’s concepts and notes given in this contest. Here are the concept of the story and character ideas that I have been working on:

The concept of the story tells about a doctor who worked under the government to examine several creatures and animals. The doctor was ordered to make Craptor. Craptor is an animal that comes from a combination of alien species and animals, and the government wanted to make this monster as a tool to assist the military in the war. Apparently, by the time he was working on this creature, the doctor was excessively amazed and obsessed with this creature that it took his intention to have the same strength as the creature had. He decided to take a sample of the cells in this creature and put some into his body and succeeded. The cell was able to make his body become muscular and the doctor's strength was increasing. Unfortunately, he became greedy, he wanted to use all the Craptor's body samples and put all of them to his body which eventually transformed him into a monster. 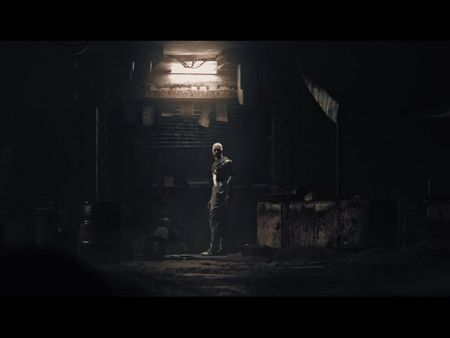 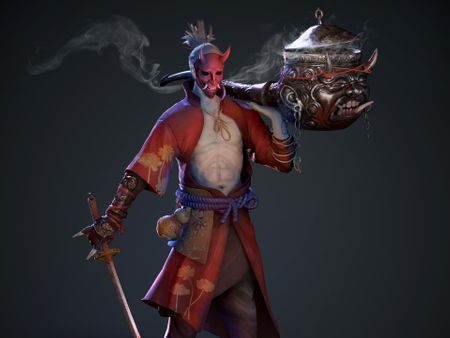 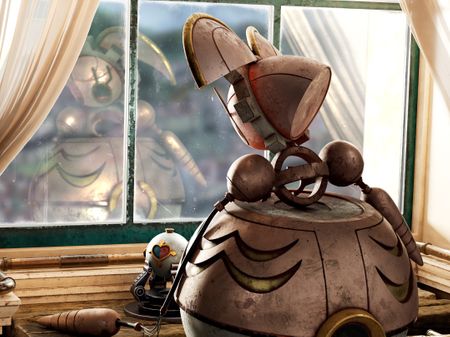