Hello, I'm Josie Glassman! I'm a junior B.F.A. Motion Media Design major at Savannah College of Art and Design. I love thinking up design concepts of how to achieve a design goal in the most concise way. Thanks for checking out my work!

The Man With Two Brains

I designed a title sequence for the 1983 sci-fi comedy, The Man With Two Brains. The movie features lots of slapstick science, unconventional brain surgery, and brain transferences. Using the movie's synthy 80s soundtrack, I wanted to design a sequence that really feels like it's a product of its time.

The concept is that the first part of the sequence is a 'conventional' brain extraction instruction guide. It seemed like the best way to naturally fit in some comedic gags while keeping with the movie's bizarre mad science. When the soundtrack shifts to a more sinister tone, I showed the mad science experimentation with the brain transfers like it is explored in the film. The last part of the soundtrack is a zany upbeat dance sequence and that's when the sequence goes wild with bizarre brain shenanigans.

The design of the sequence is based on an old computer from the 80s to reflect the technology of the time. When thinking through my approach, I made sure that every element would be convincing when it was fit into the pixel grid generated in After Effects.

My process was that I animated in Cinema 4D and made it so it rendered in 2D outlines. I chose a pixelated font inspired by the font from the Apple II computer from the 80s to make it look like it was part of the pixel grid. Finally, I created the pixel grid effect in After Effects and put a retro filter on top to make it look like it's on an actual computer screen from the 1980s. 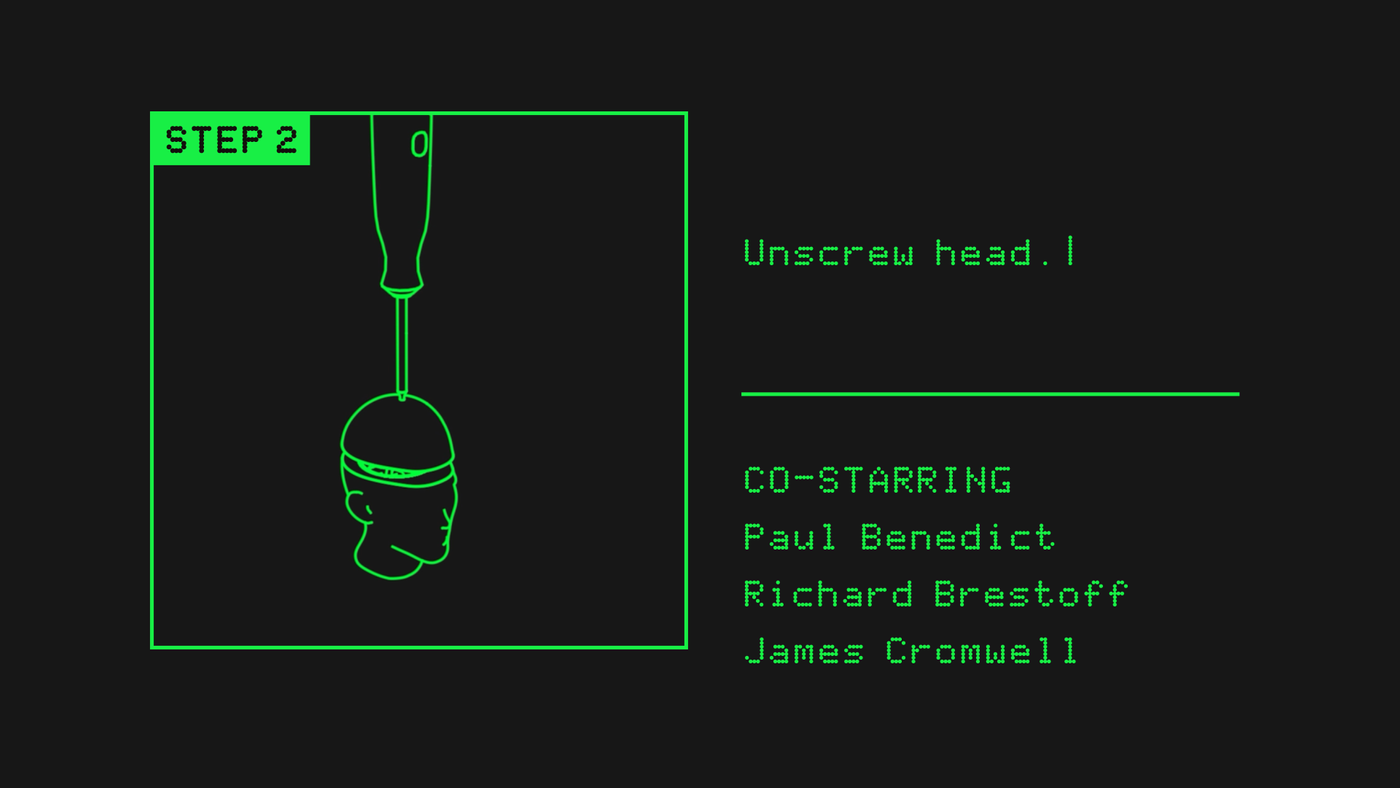 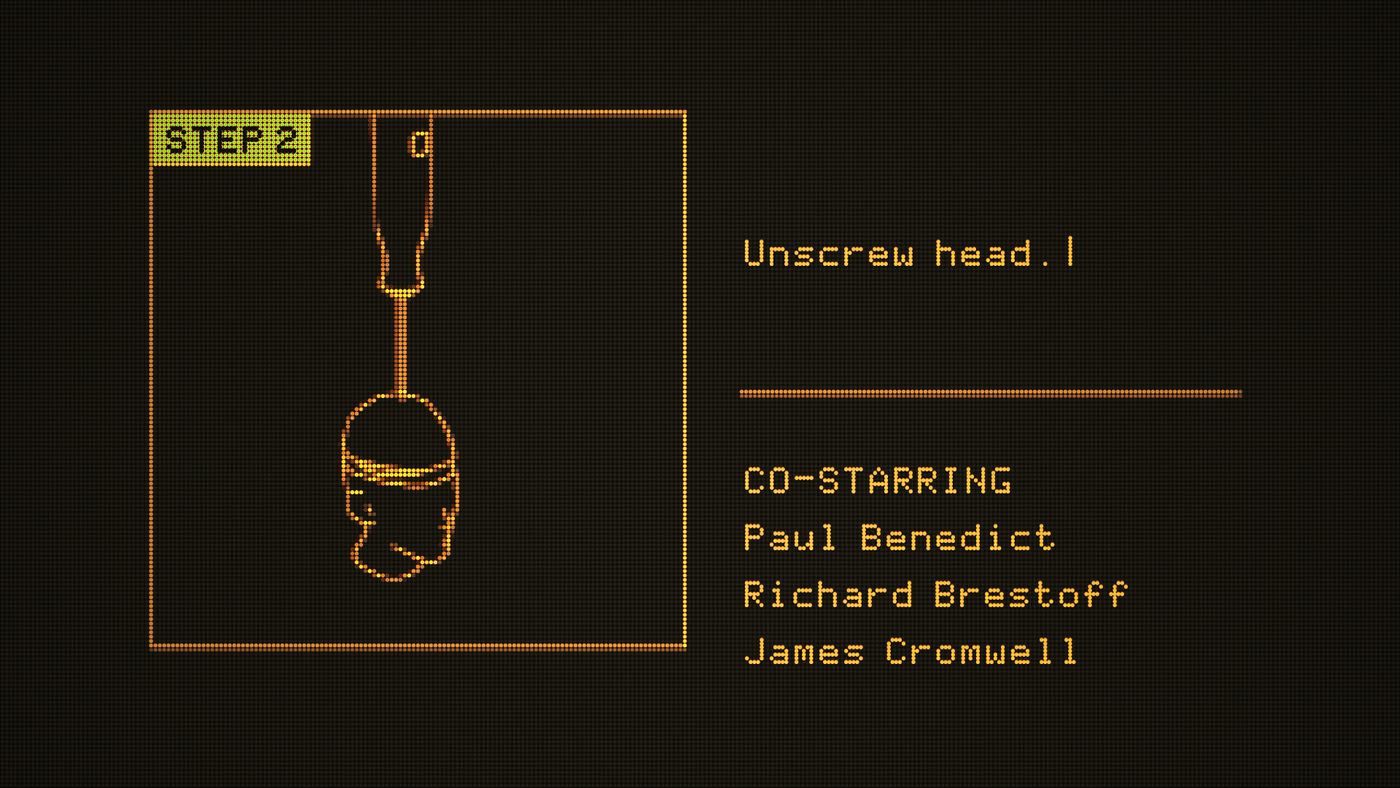 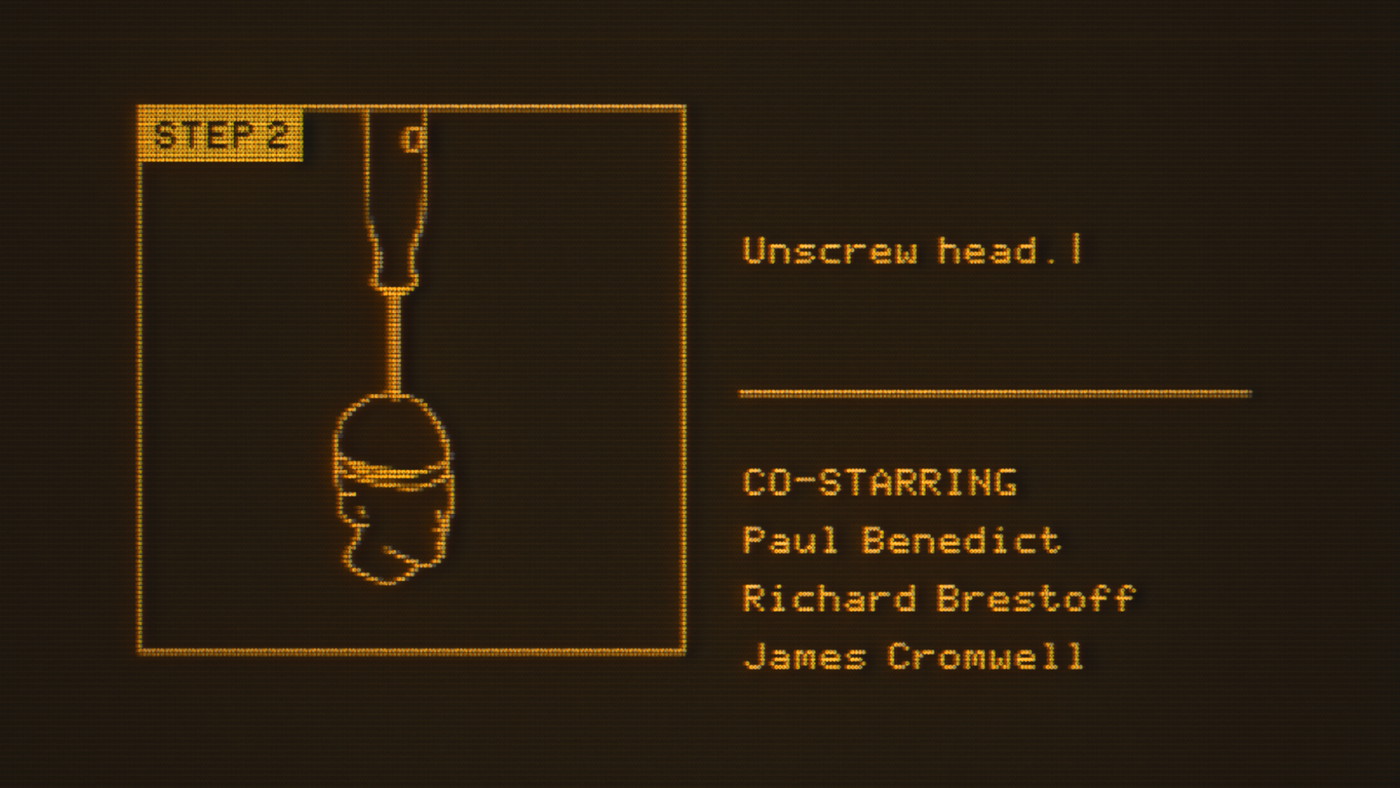 YOU is a Netflix original show that follows Joe Goldberg, a book-loving antisocial serial killer who stalks and obsesses over a handful of different women during the course of the series. The show is told almost exclusively from his perspective and is all about putting the audience’s discretion and moral judgments into question.

The title sequence is focused on one of Joe’s overarching qualities, which is that he loves to fix things– one of those things being old books. We created a sequence depicting Joe repairing a damaged book with menacing overtones. Thematically, it parallels how Joe obsesses over and stalks damaged women, wanting to be their savior by infiltrating and ‘fixing’ their lives.

We filmed this in the school’s industrial building. Props used included an old book, razors, glue, scissors, a mallet, a brush, fake teeth, a needle and twine. This piece’s editing was all about adjusting the precise, slow motion shots and perfectly syncing action to the musical cues. Certain shots were sped up to show quick, violent action, like the scissors cutting or the book cover ripping off.

The color grading for the title sequence is meant to be modeled after Joe’s basement in the show so that it looks cohesive, but with higher contrast and saturation to emphasize that sickly and menacing feeling. The type treatment is a serif font to match the classic feeling of old books, which is integral to Joe as a character. The type gradually gets blurrier during the duration of each frame, emulating when someone smudges the ink of the text of a book. 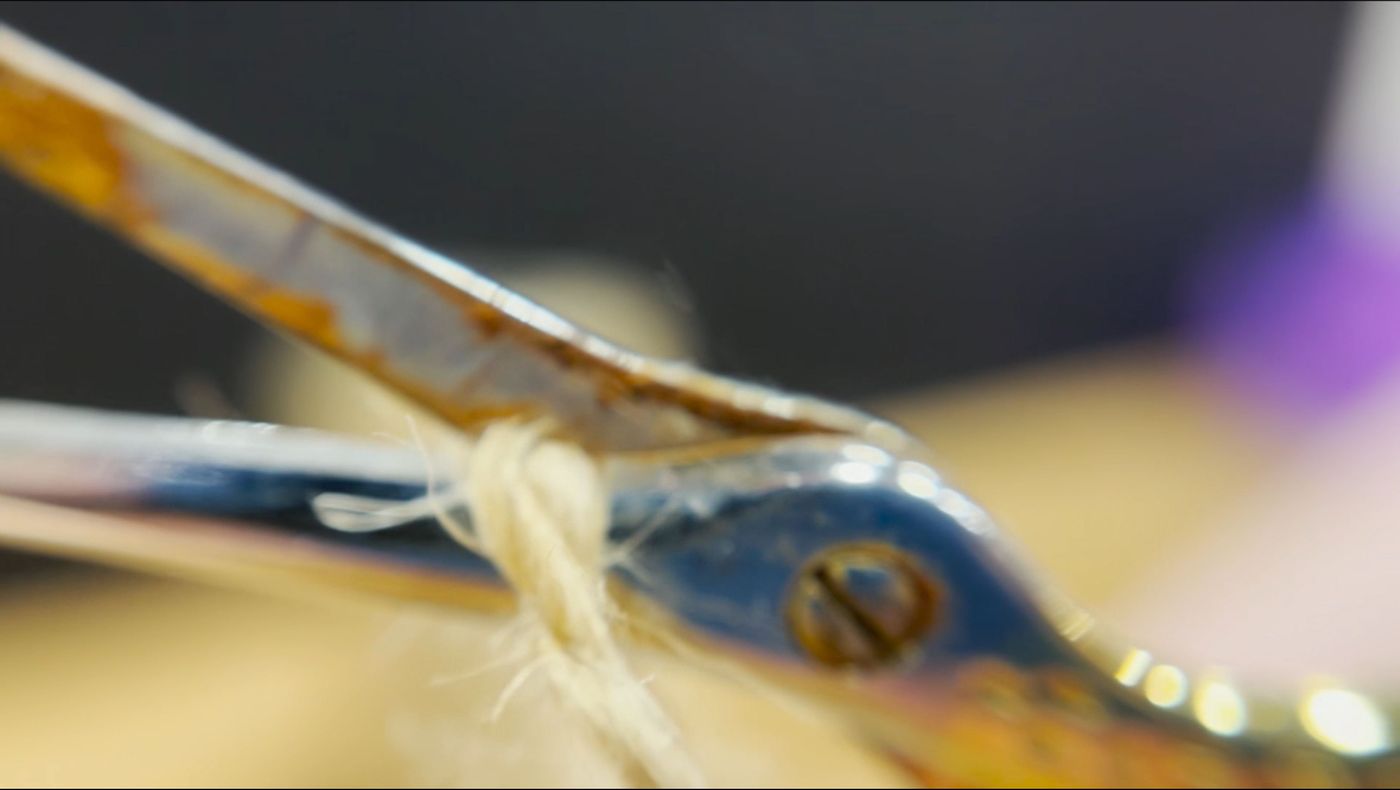 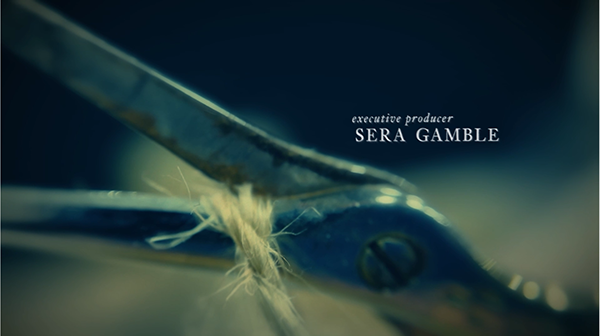 The Hunger Games: Catching Fire doesn't have a title sequence, and since I know that movie like the back of my hand, I was very excited to come up with a title sequence for it.

I intended for this title sequence to be at the beginning of the movie to set the tone. Catching Fire is a slow burn filled with lots of set-up and suspense so I wanted the sequence to convey that. The story starts off in the aftermath of the first movie. Katniss unknowingly sparked a revolution from what she did to win the Hunger Games and as the movie unfolds, she finds out how big of a revolution she started. The slow burn of revolution is the main theme of this title sequence.

The 'main character' of this title sequence is the burning path that winds up forming into a clock, one of the most important pieces of symbolism from the story and an element from the logo. It slowly burns throughout the whole title sequence until it all comes together at the end, much like the way the plot is written.

The song I chose is "Fuel to the Fire (David Lynch Remix)" by Agnes Obel. This song is not part of the official movie, rather something that I found and thought was a perfect fit. I felt that the title and lyrics of the song were fitting because the story is about actions and events that add fuel to the fire of the revolution that is simmering. The song also has a slow burn quality that fits perfectly with the tone of the title sequence and movie.

This kinetic typography piece brings to life a part from a 60 Minutes interview with Viola Davis that I found to be really inspiring. She was speaking about Chadwick Boseman and how he was an artist who gave himself to the whole process of performance. Then she went on to explain the difference between an entertainer, actor, and artist in the acting industry.

The main message that I got from Viola's dialogue is that being an artist is about surrendering yourself and your ego to the artistic process and having the courage to go outside your box to take risks in creative expression.

What I really like about her explanation is that she's not generalizing and putting everyone in a box. The way that I interpreted it is that she's explaining that evolution from entertainer to artist, so it leaves room for people to be all three at any point. This could be applied to other creative careers too.

My approach to this audio was the theme of constraints and going outside the box. So my design reflected that with square composition with lines where the text would come and go. The more lines there are, the more constrained the creative is. As it evolves from entertainer from artist, the lines lessen until the text is free to move and be as expressive as it wants when Viola Davis is describing an artist.