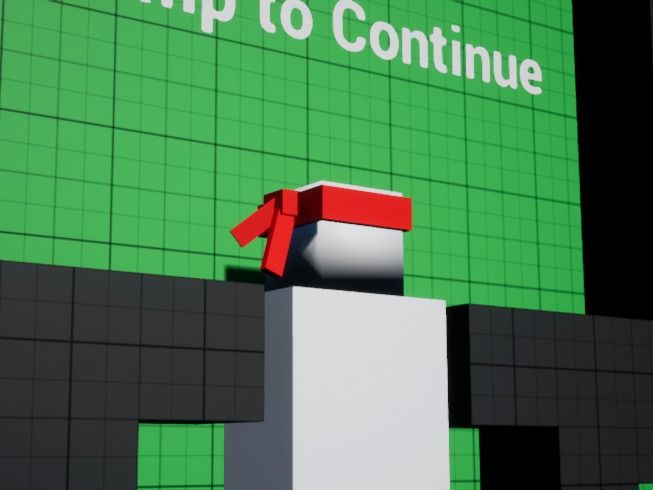 Hi - I'm Luciano! I'm a student at BUas, Breda University of Applied Sciences, focusing on Level Design and Production. I'll be going over a game I, along with a handful of other freshmen, have been working on for the past couple of months as part of a school project.

I, along with all the other freshmen, was placed in a randomised small team as part of our third term's assignment. I was given a project brief and a creative direction, but the rest, for the most part, was up to us. I ended up working on the project for a total of eight weeks and was able to design three levels, of which one turned out to be more of a short intro to the subsequent level.

I'll just be sharing- and talking about what I've contributed to the team, so this isn't at all a representation of the full game's experience. I was able to design three levels in the end, but the rest of the team did the same, all making use of their own unique mechanics.

I intended the above level to introduce those white blocks scattered throughout the level, as well as force players to think on the spot and come up with the most efficient path through the level within just a couple seconds, as that's one of the more prominent skills players'd need in order to be able to stand a chance against the game's later levels.

I made use of sketching, as well as the rational design process and occasional testing in order to be able to base iterations upon as much empirical data as possible.

I had spent more time iterating- and improving upon this one level than I did upon the other couple levels combined due to it being one of the first levels in the game; I had to think about first impressions. It took no more than three weeks getting this level implemented in-engine. 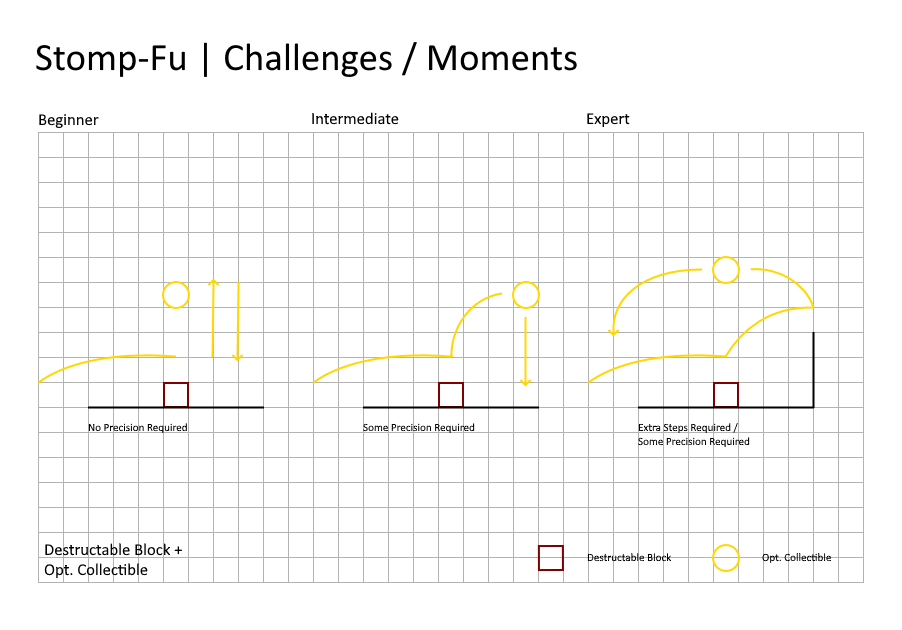 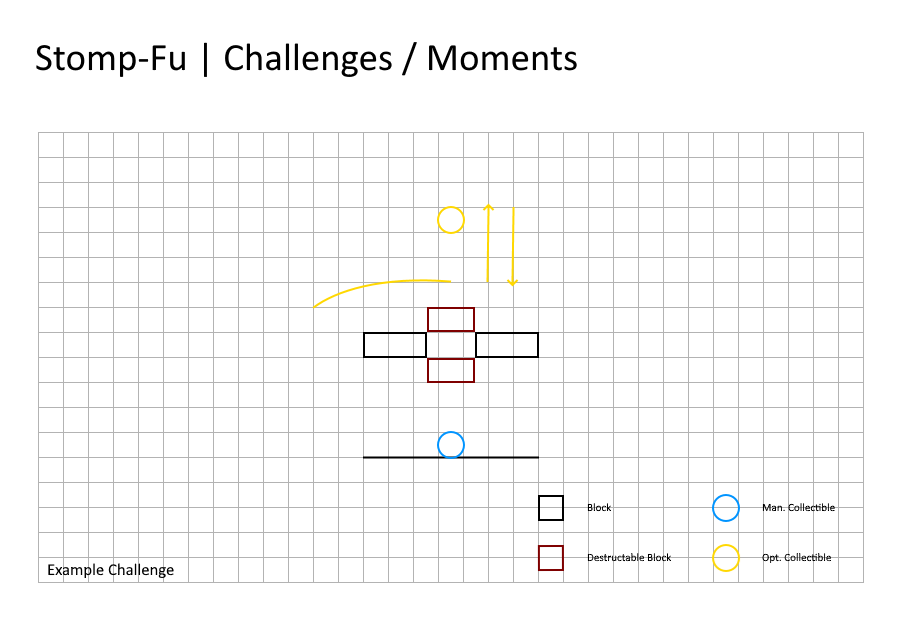 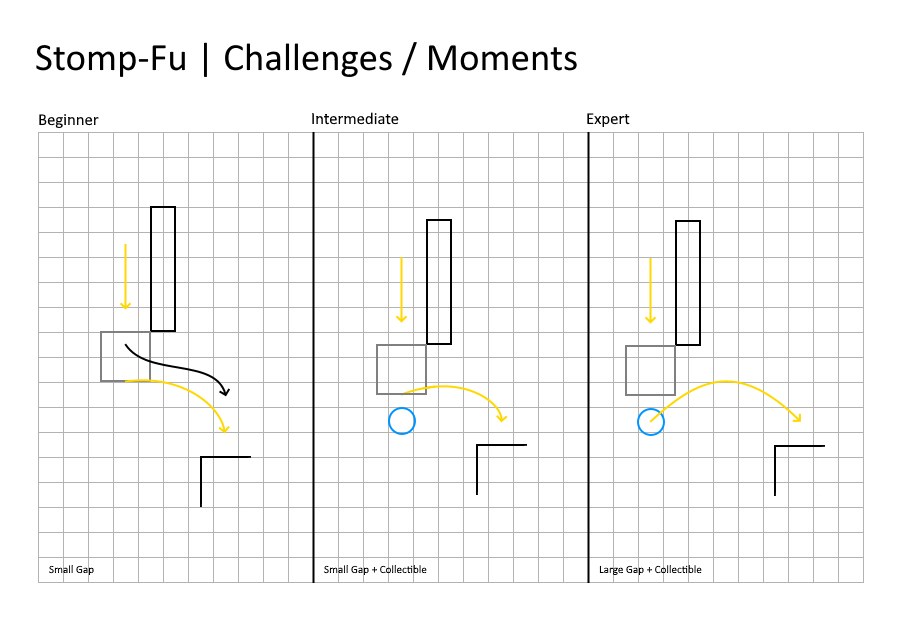 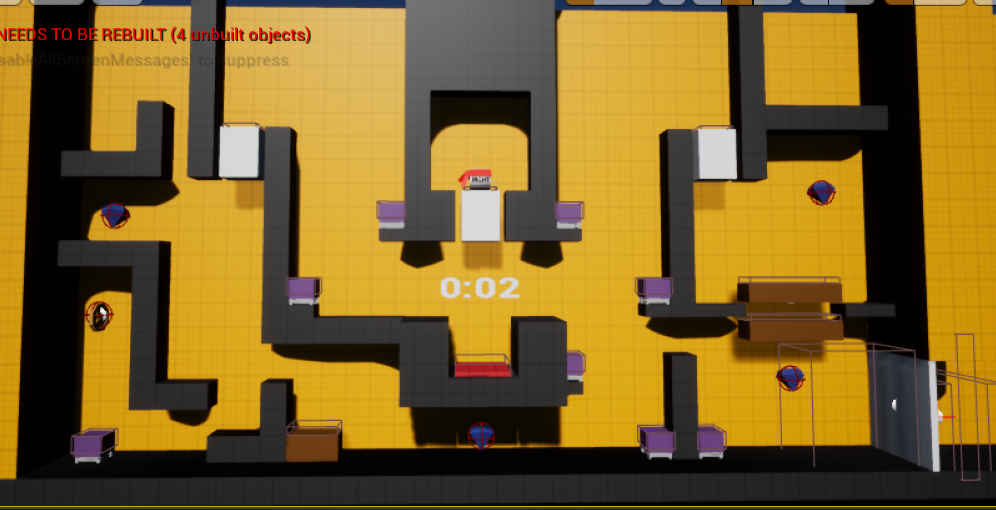 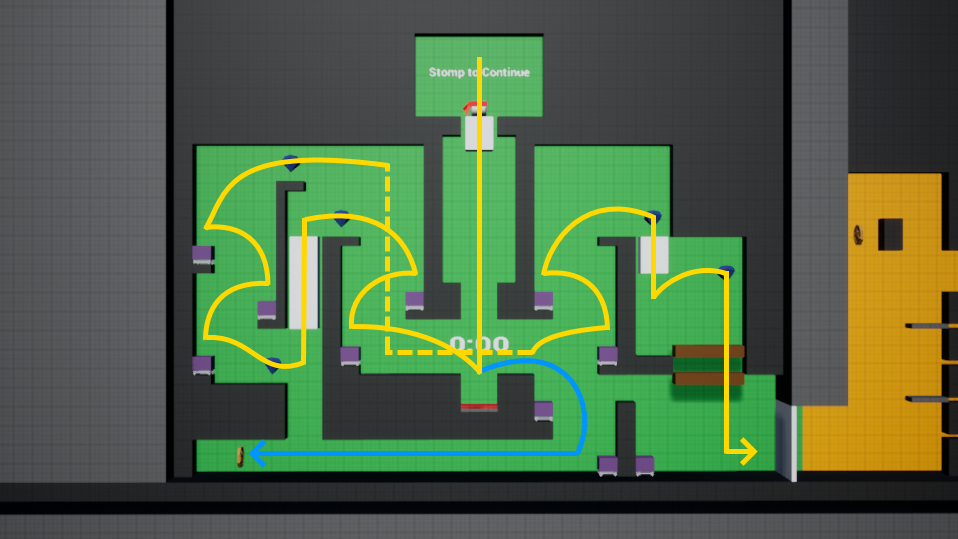 I intended the above level to introduce moving platforms, as well as to give players a much-needed break after all that's happened in the level prior. It also gives players some time to, once again, figure out what the most efficient path through the level might be.

I made it so that there's enough time to scan the level ahead of time whilst traversing through the moving platforms near the start of the level.

I didn't make use of sketches this time around; I took a more experimental approach, instead. I wasn't able to iterate or sketch much due to certain time constraints, if at all, so I tried some things out and took note of what worked and what didn't.

I was also able to get a couple tests in, and thus was able to iterate upon things like the optional collectible placement and metrics. 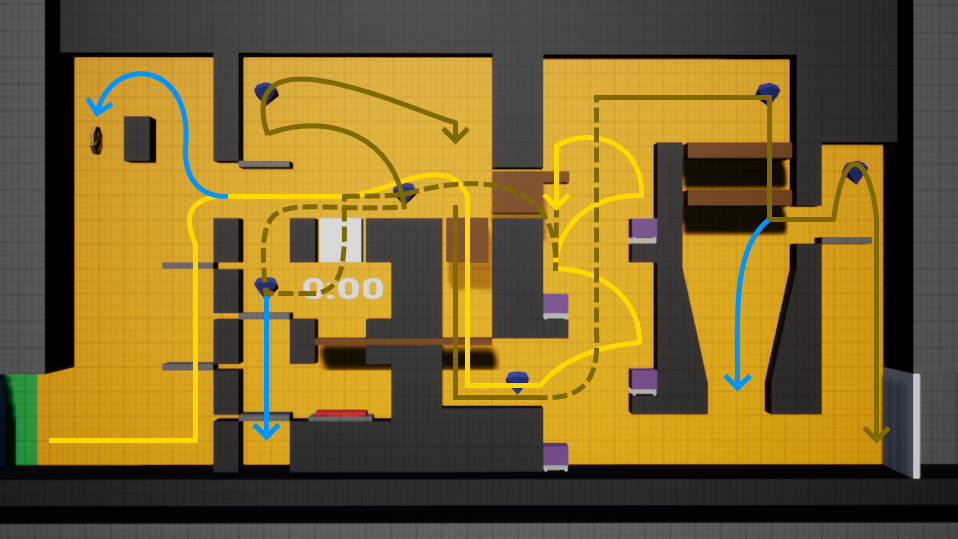 I intended the above level to onboard players before being sent into a level that's revolved all around them. It requires no real effort from players, but that’s also where its main concern lies; It's important for a level like this to engage players into wanting to learn about new mechanics.

I didn't quite have the time to iterate upon this particular level, so I decided to make a rough sketch of what I would've done to, for instance, better the onboarding process; It's all about learning from- and reflecting upon what went well and what could've gone better, and I think that's a great mindset to have in industries like this. 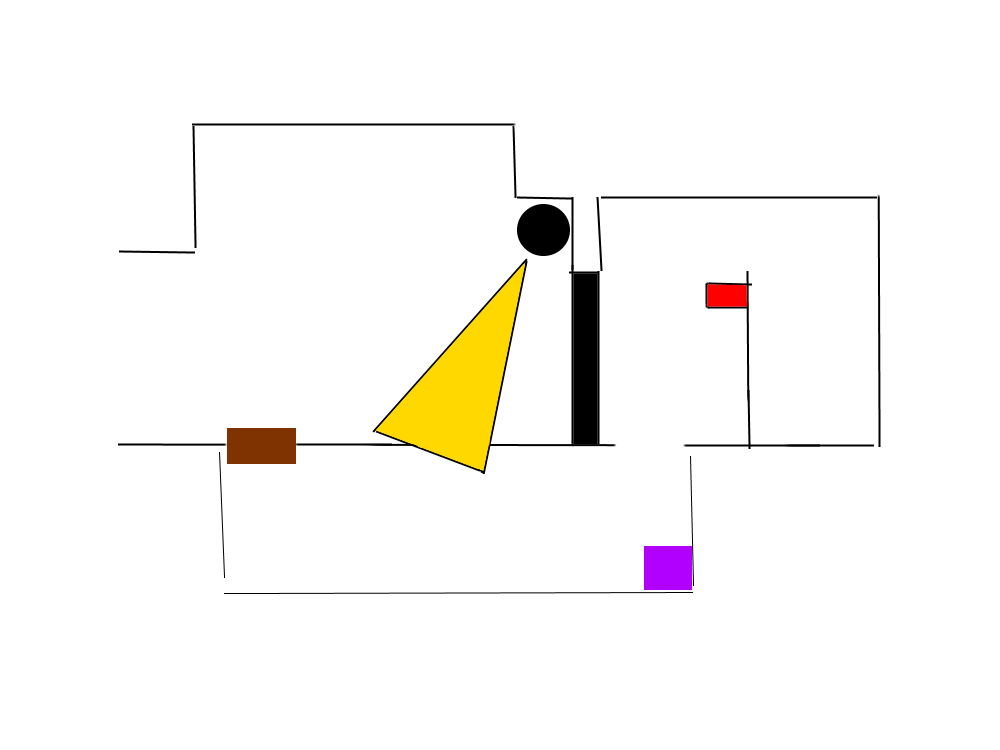 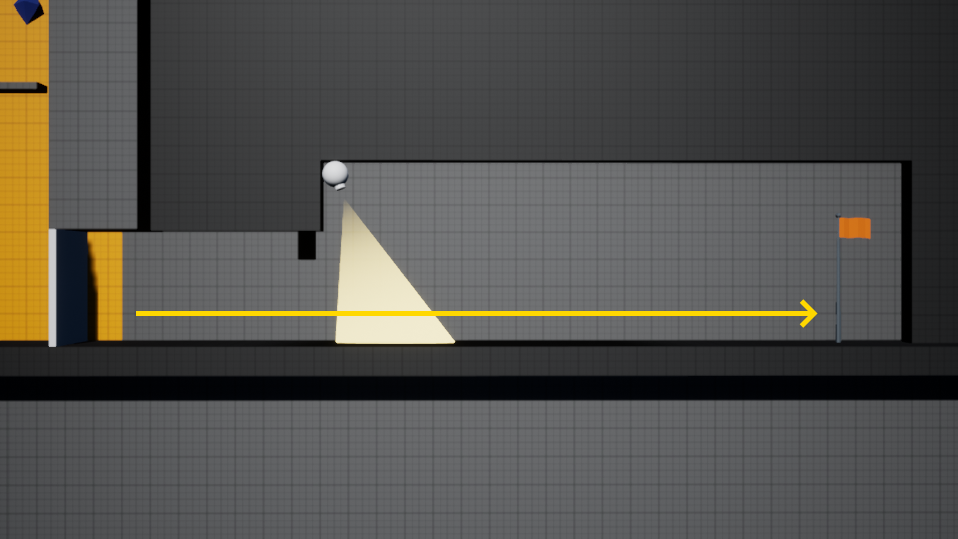 I'm always looking to improve and have still got a whole bunch of education ahead of me, so I hope to have even more and better things to share with you all next time around!

I appreciate you for making it this far down, and I want to thank Alan Jack, Nick Dry and Steve Morris for being incredible teachers throughout all this. 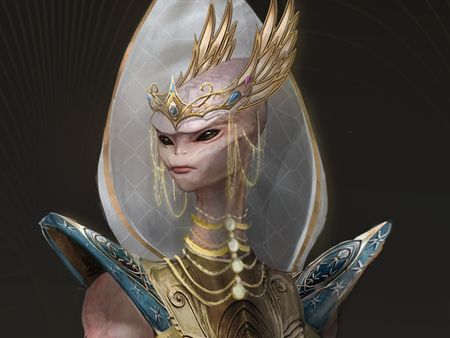 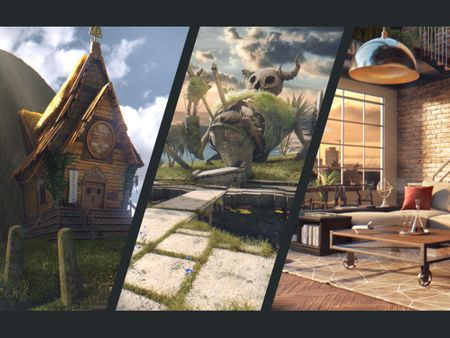 A passion for environments 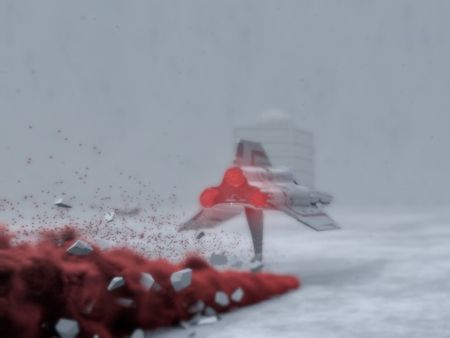 Battle of Crait - By Roberto Denches