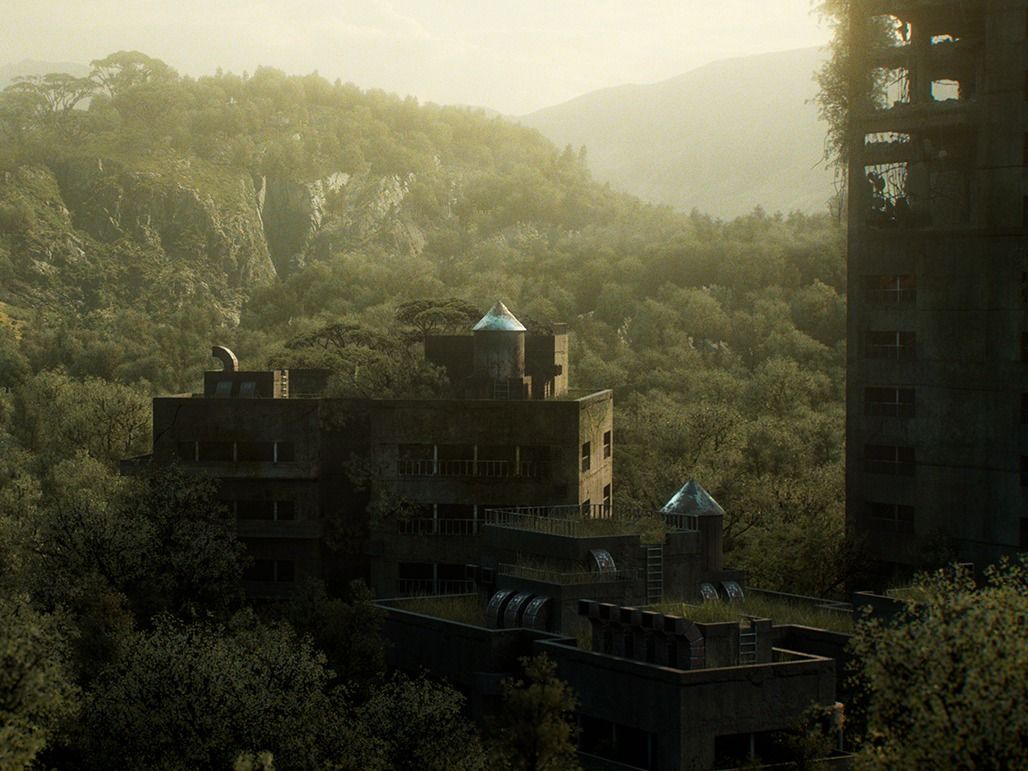 My name is Rick Kamp and I’m a third year VFX student at the Netherlands Film Academy. I specialize in digital matte painting, but I am also proficient in concept art, compositing and environment art. This is a selection of my best work of the past year, feel free to take a look!

First of all feel free to take a look at my showreel. It is a selection of my best work of the past year focused on digital matte painting.

Below I will elaborate on some of the projects, give extra information about the projects and show the process. 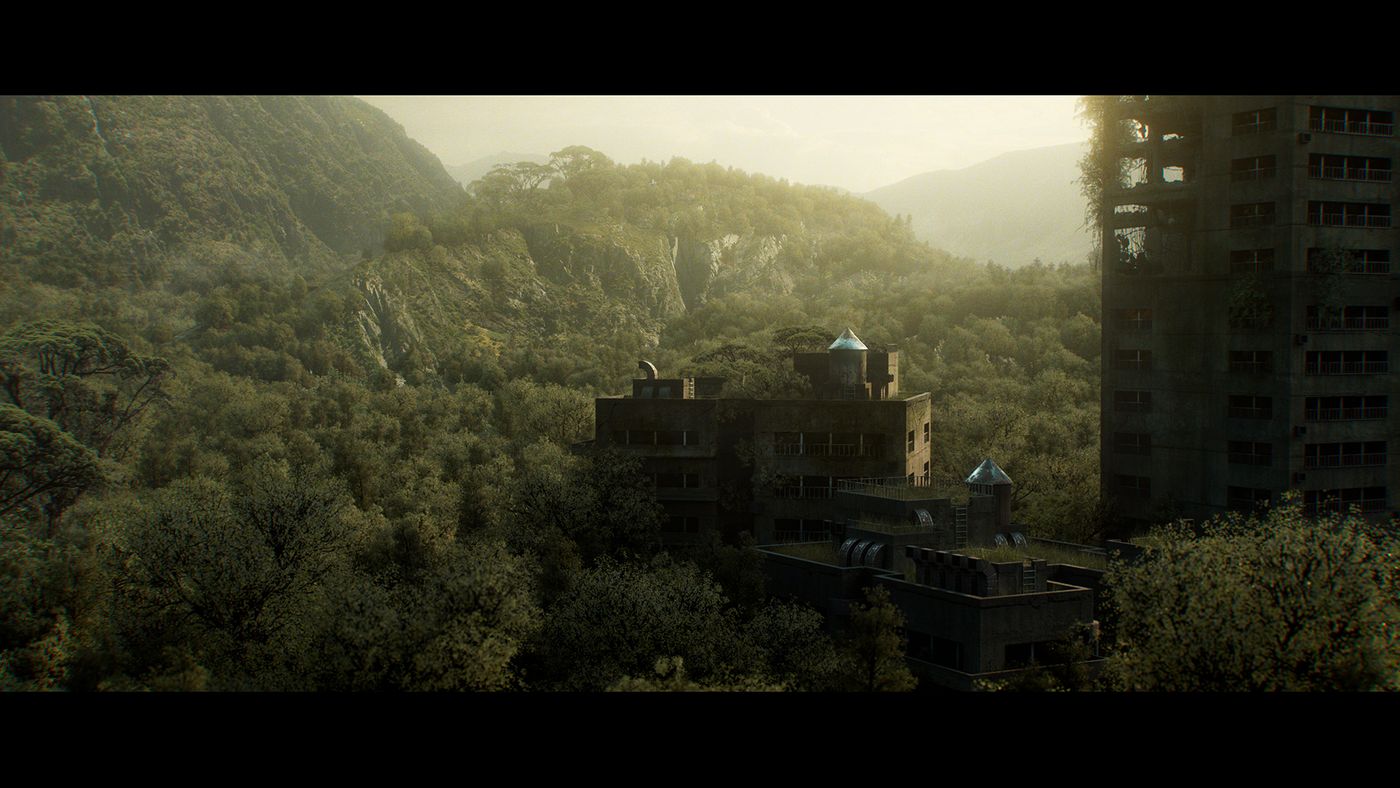 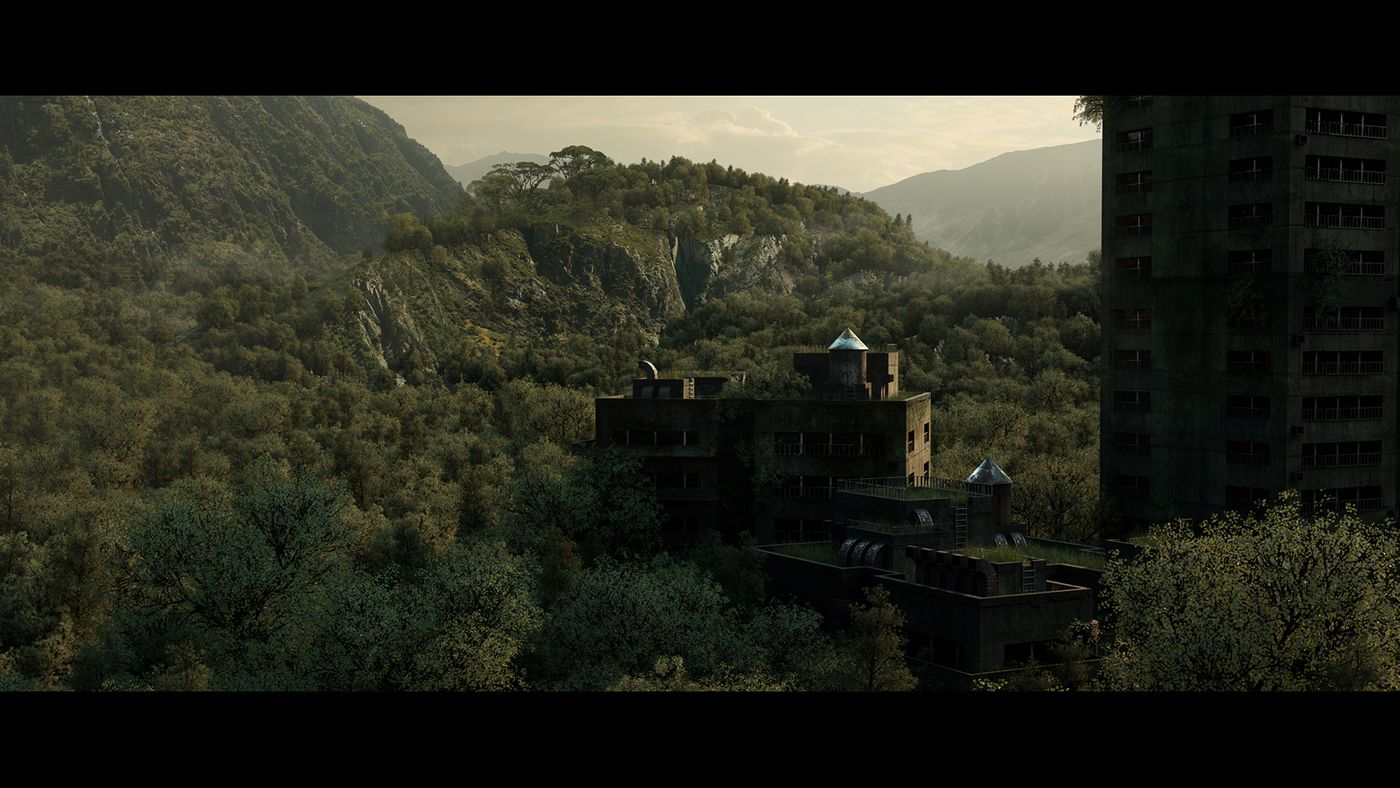 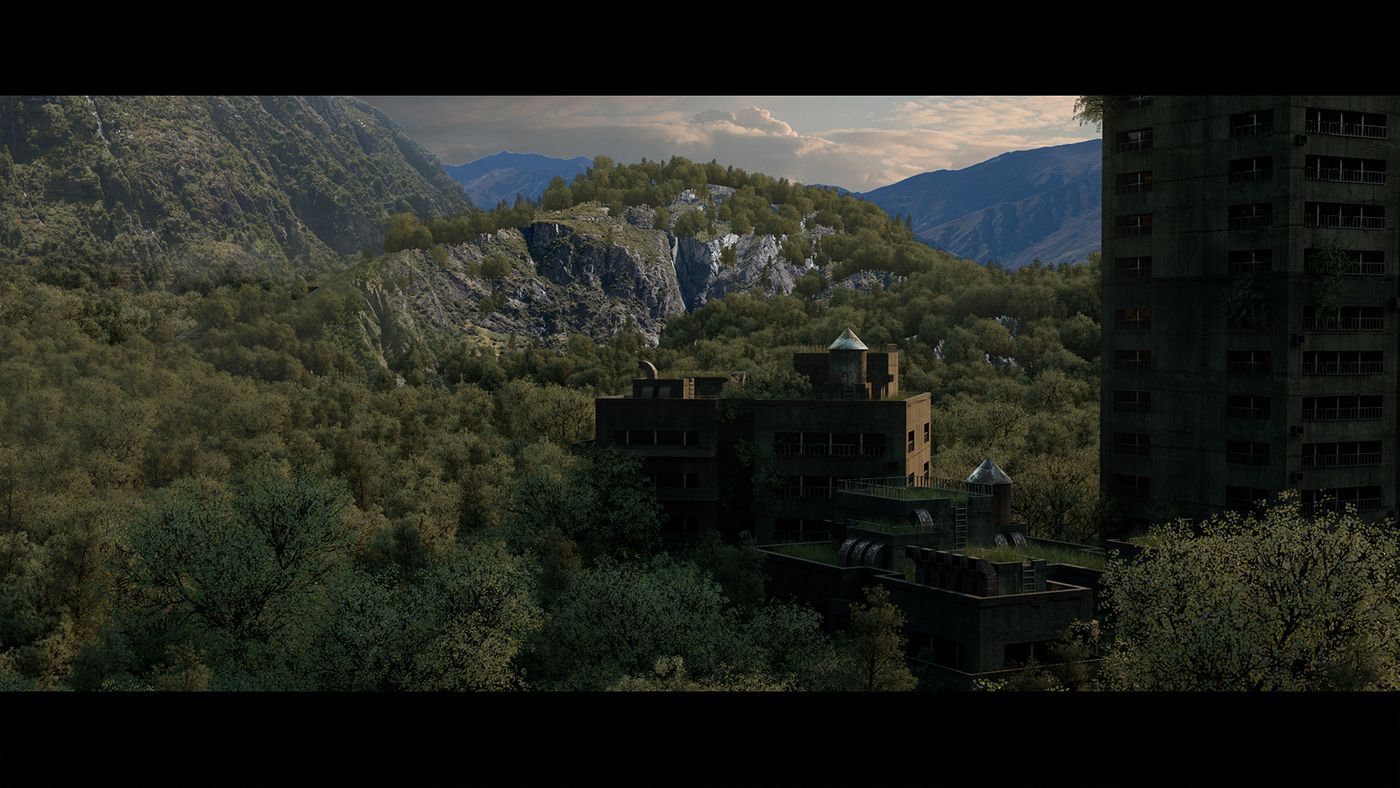 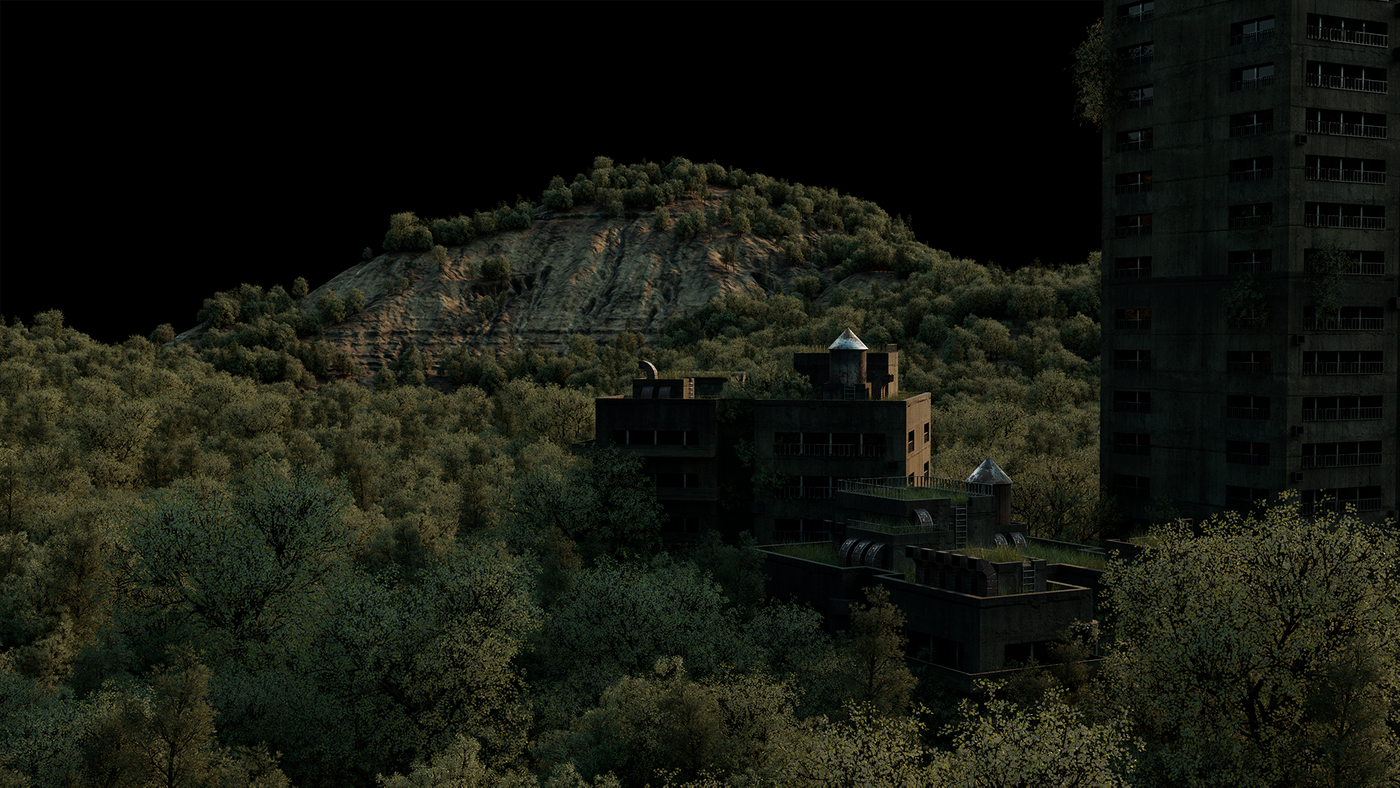 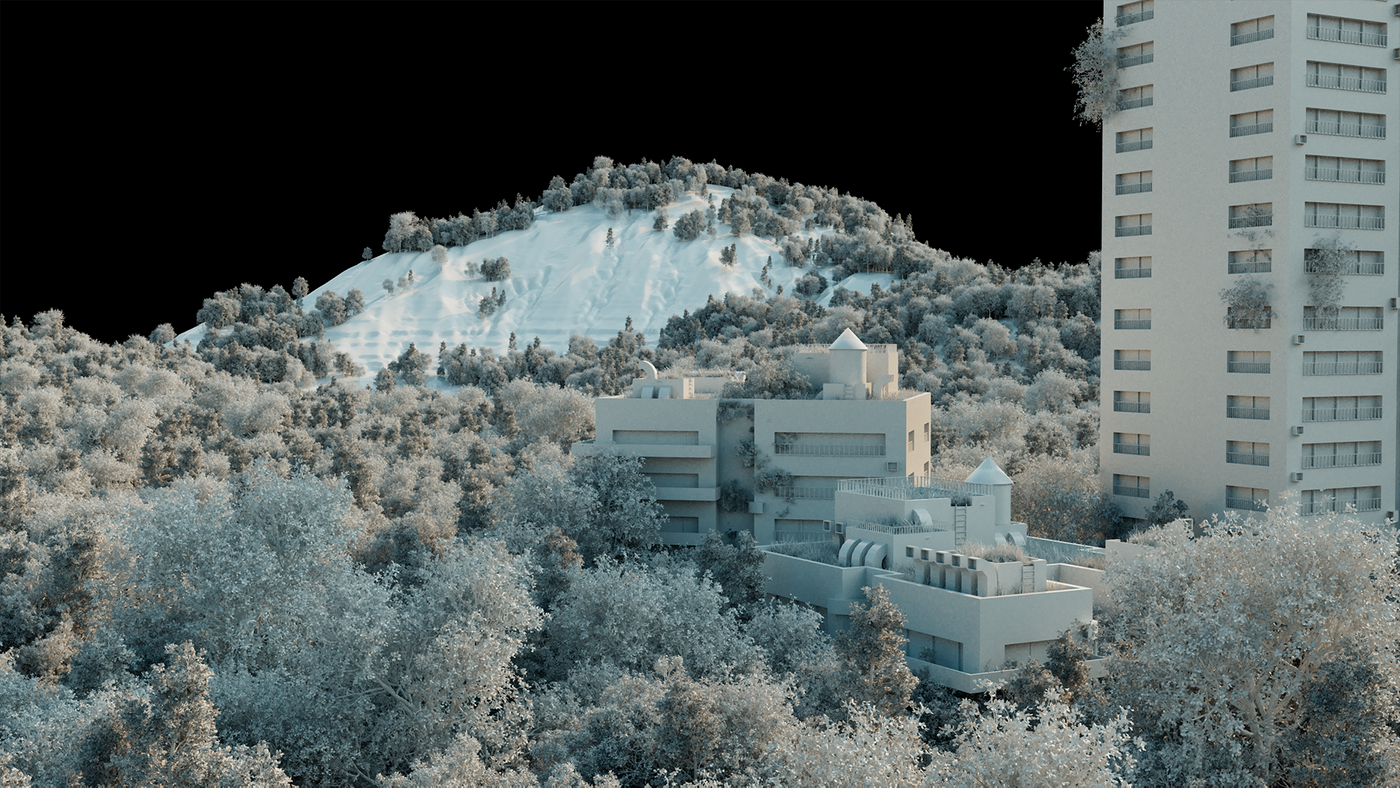 Abandoned (above) is a personal project I’ve done to experiment with the use of 3D in my matte painting workflow.

The landscape was made in Houdini with heightfields and textured in Substance Painter. The trees were made with Speed Tree and instanced in Houdini. The buildings were done by modeling a relatively simple kitbash in Maya and textured in Substance Painter, partly with the use of Megascans textures. The scene was rendered in Houdini with Arnold. On top of the 3D render I did some matte painting in Photoshop to improve upon the vegetation, building textures and landscape. The final comp was done in Nuke.

Solon (above) is a school project, a sci-fi short film currently in production for which I am responsible for the matte paintings. The matte painting shown above is of a valley seen from the top of a dam. It features two settings, a sunset and a storm setting.

The matte painting was done in Photoshop and projected in Nuke on projection geometry for 3D camera movements. 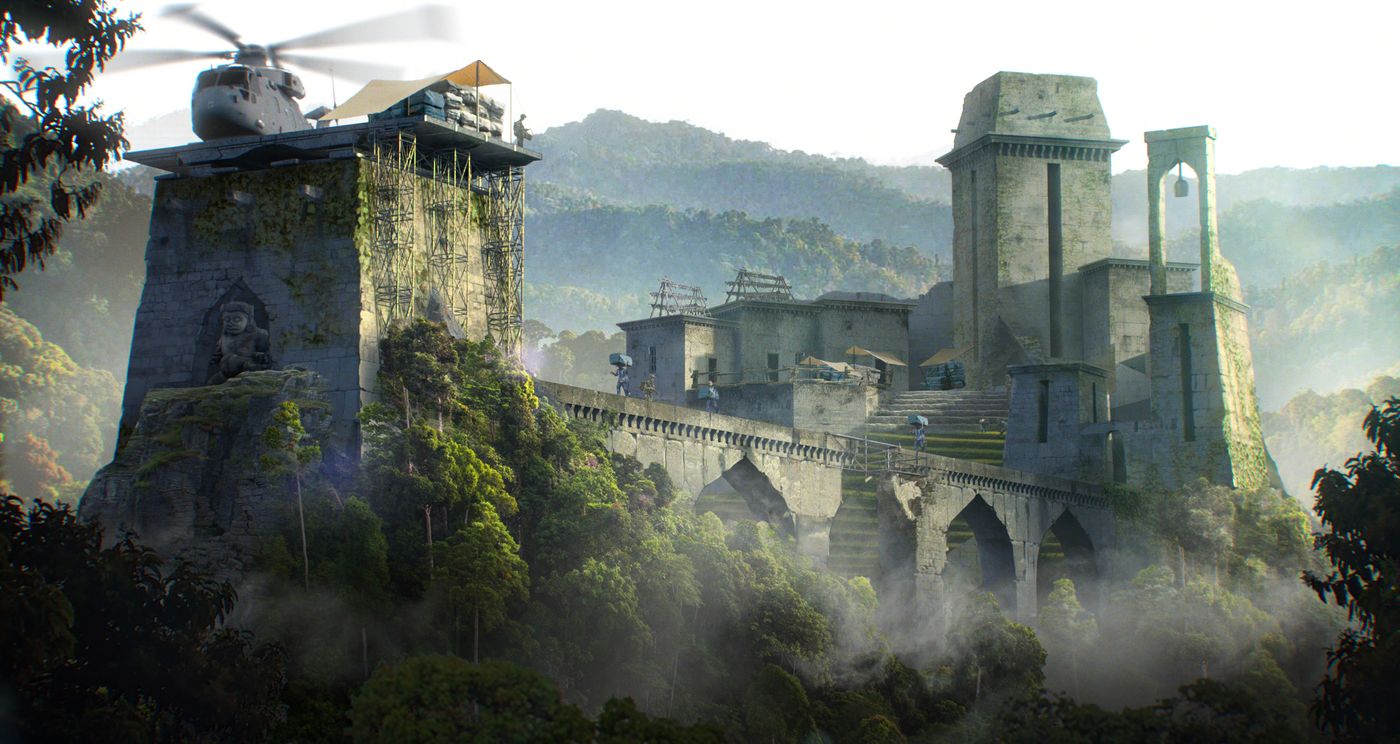 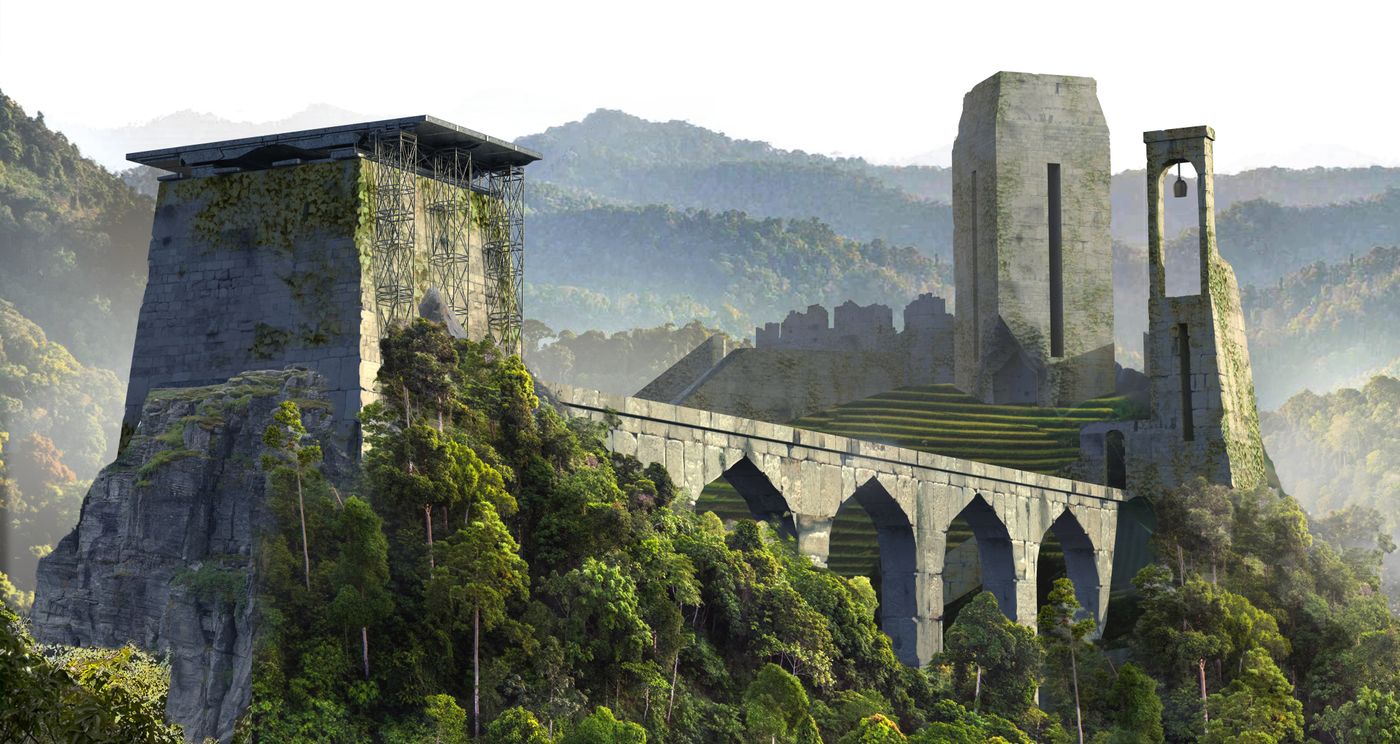 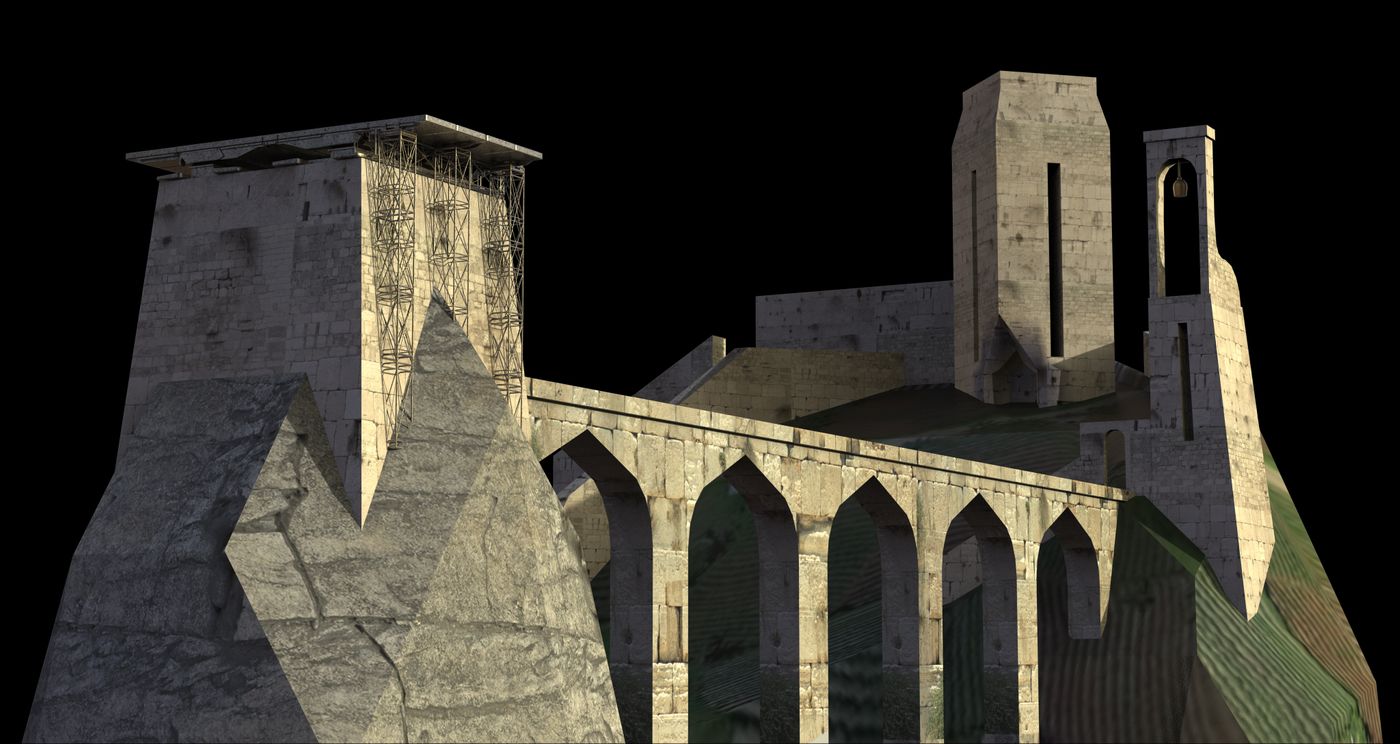 Temple of Addiction (above) is a personal project.

“A once peaceful temple has been transformed by force and oppression into a lucrative drug plantation.
Deep in the jungle, in a remote place is a temple with monks who use a rare drug during ritual and meditation. This drug causes extreme hallucinations and has a long lasting effect. The drug is made from a rare plant that the monks grow in the temple. Due to the extensive use, the monks are so absent with their spirits, or addicted, that the temple has fallen into serious disrepair.
A drug cartel learns of rumors about this drug and goes on a hunt, after having found the temple, they invade it with great violence. They capture the remaining monks so that they can continue to grow the plants using their knowledge and thus the temple is turned into the center of a lucrative drug trade.”

For this project I made this matte painting concept art of the temple. The blockout was modeled in Maya and rendered in Keyshot. The paint over and matte painting were done in Photoshop. 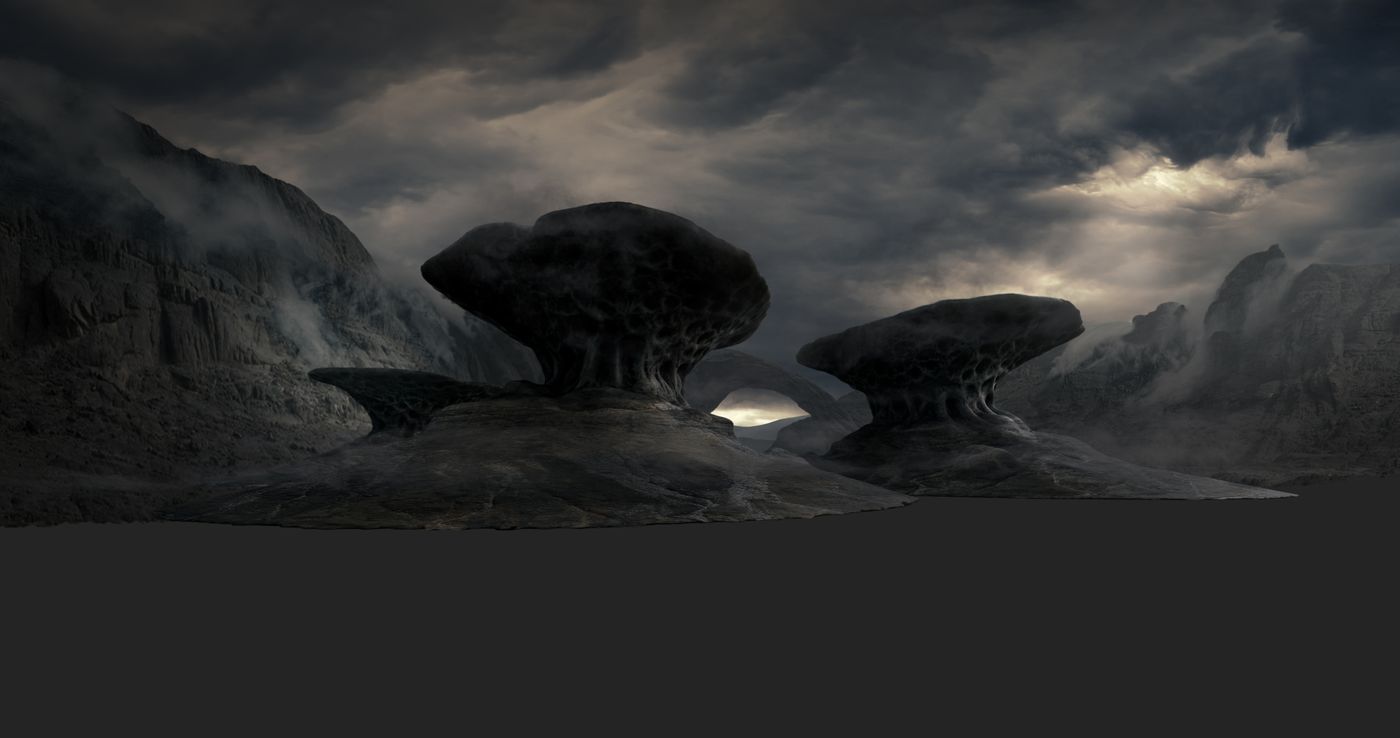 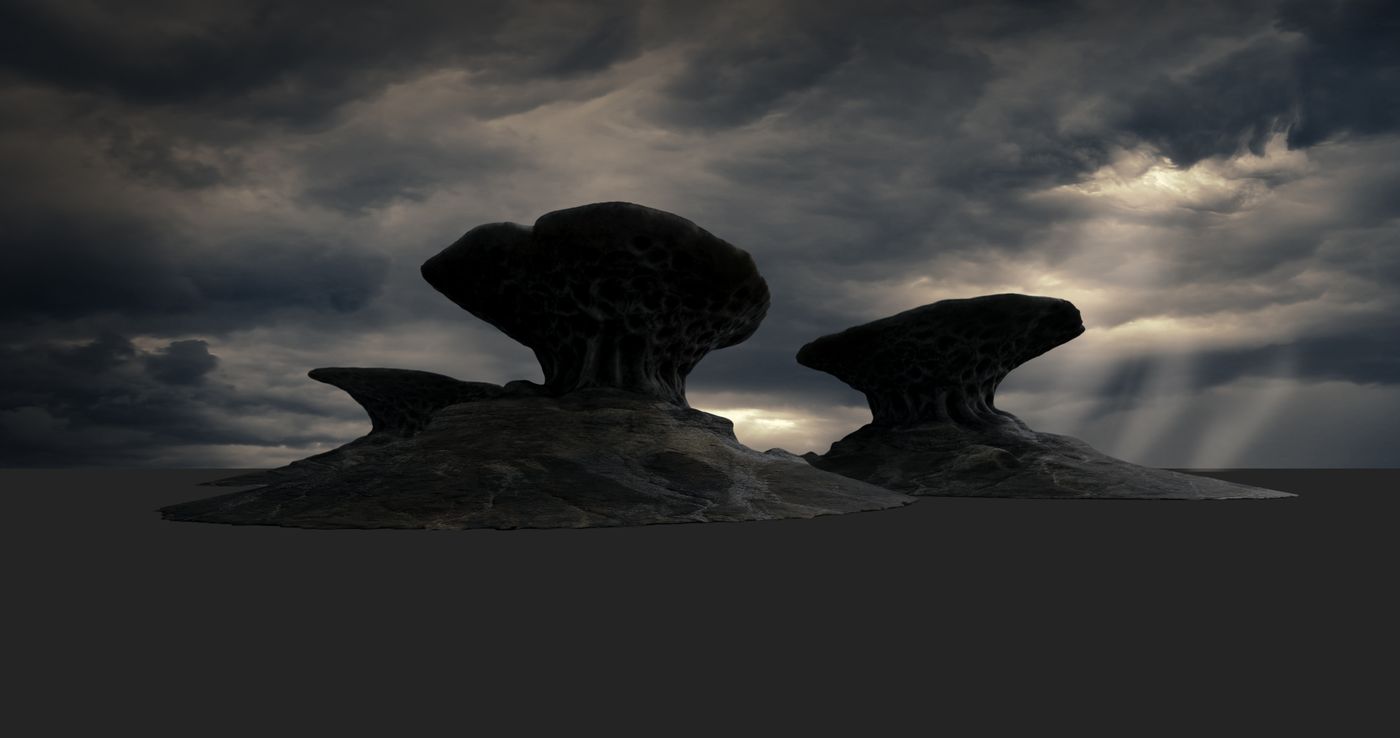 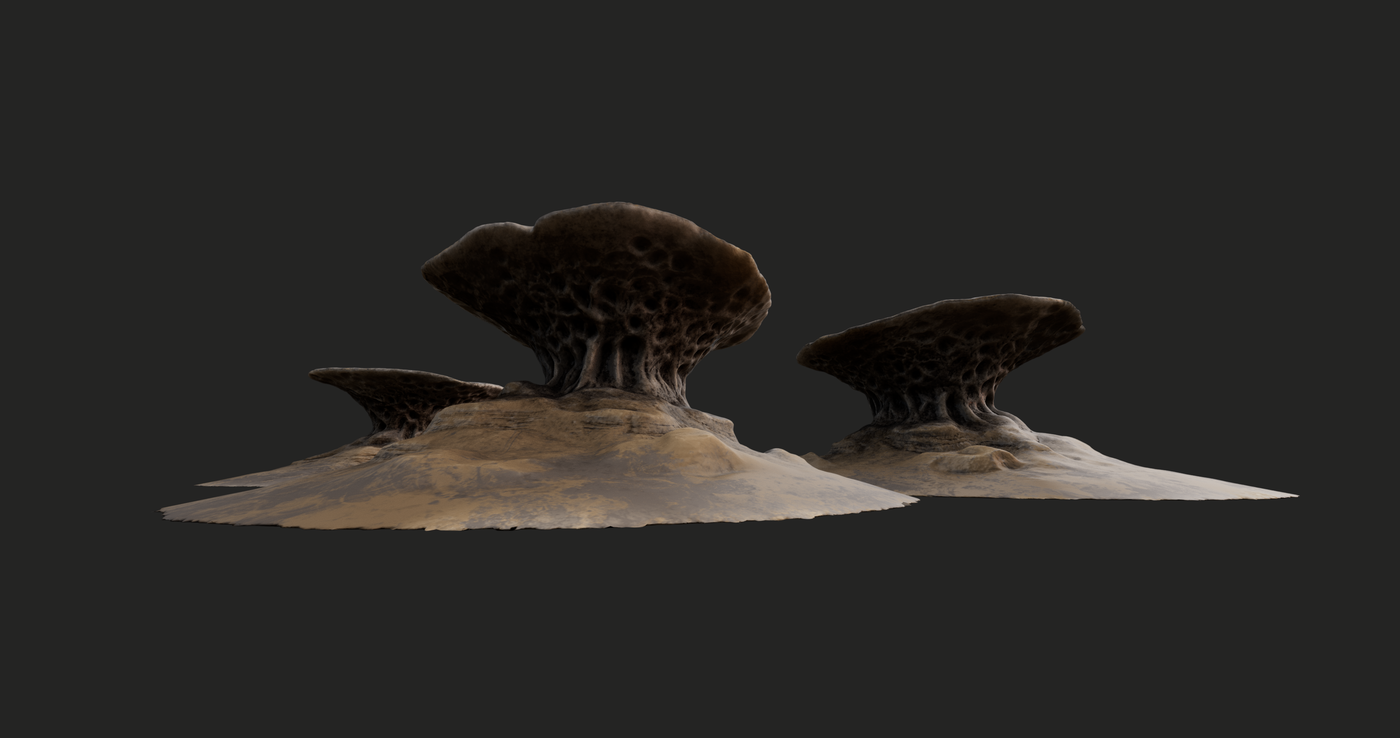 Armageddon (above) is a school project for which I was responsible for the environment concept and matte painting.

“On an alien planet, colonized by humans, a cargo ship with engine failure crashes into a mining complex.”

The blockout was made in Maya and Houdini. The stone pillars were sculpted in ZBrush and textured in Substance Painter. The scene was rendered in Houdini with Arnold. The rest of the matte painting was done on top of the 3D render in Photoshop. The matte painting is projected in Nuke on projection geometry for 3D camera movements. 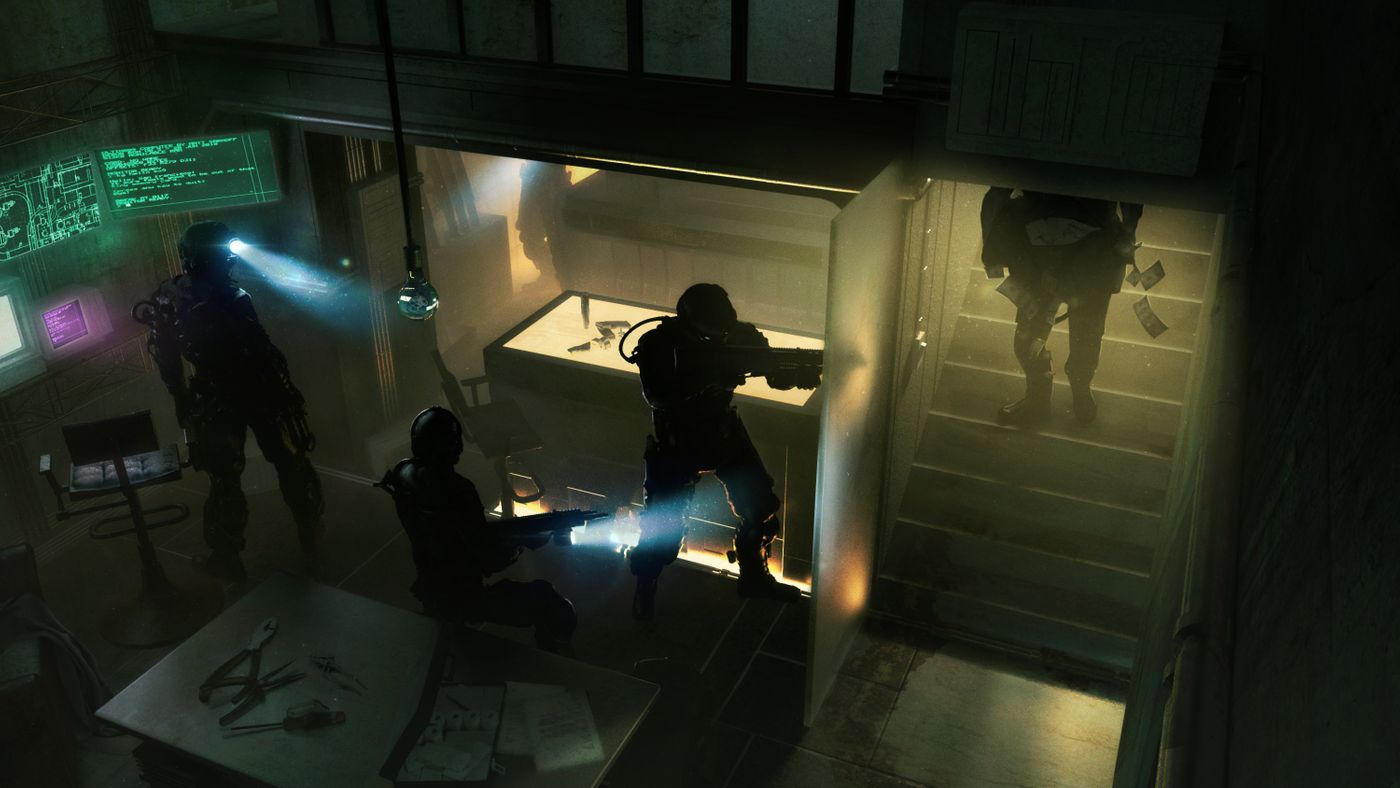 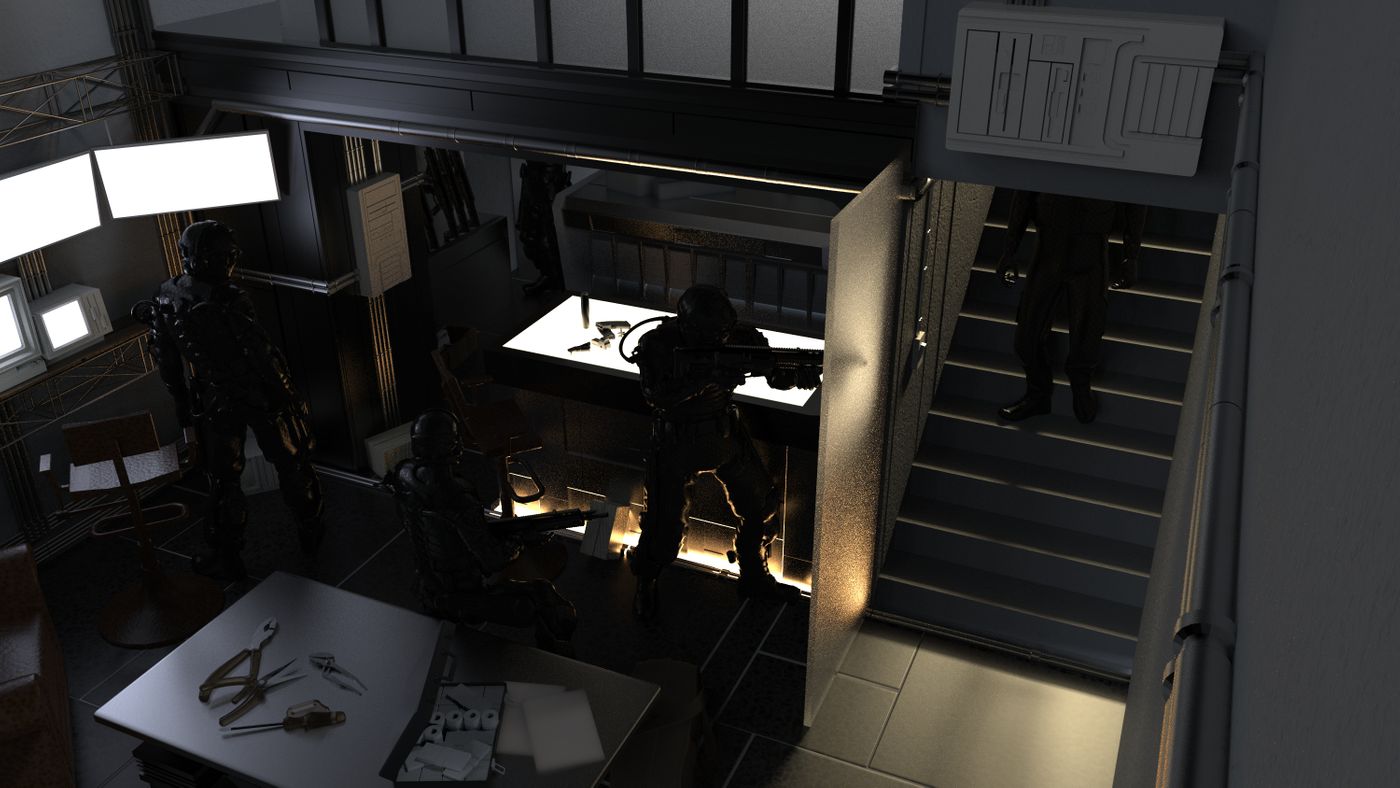 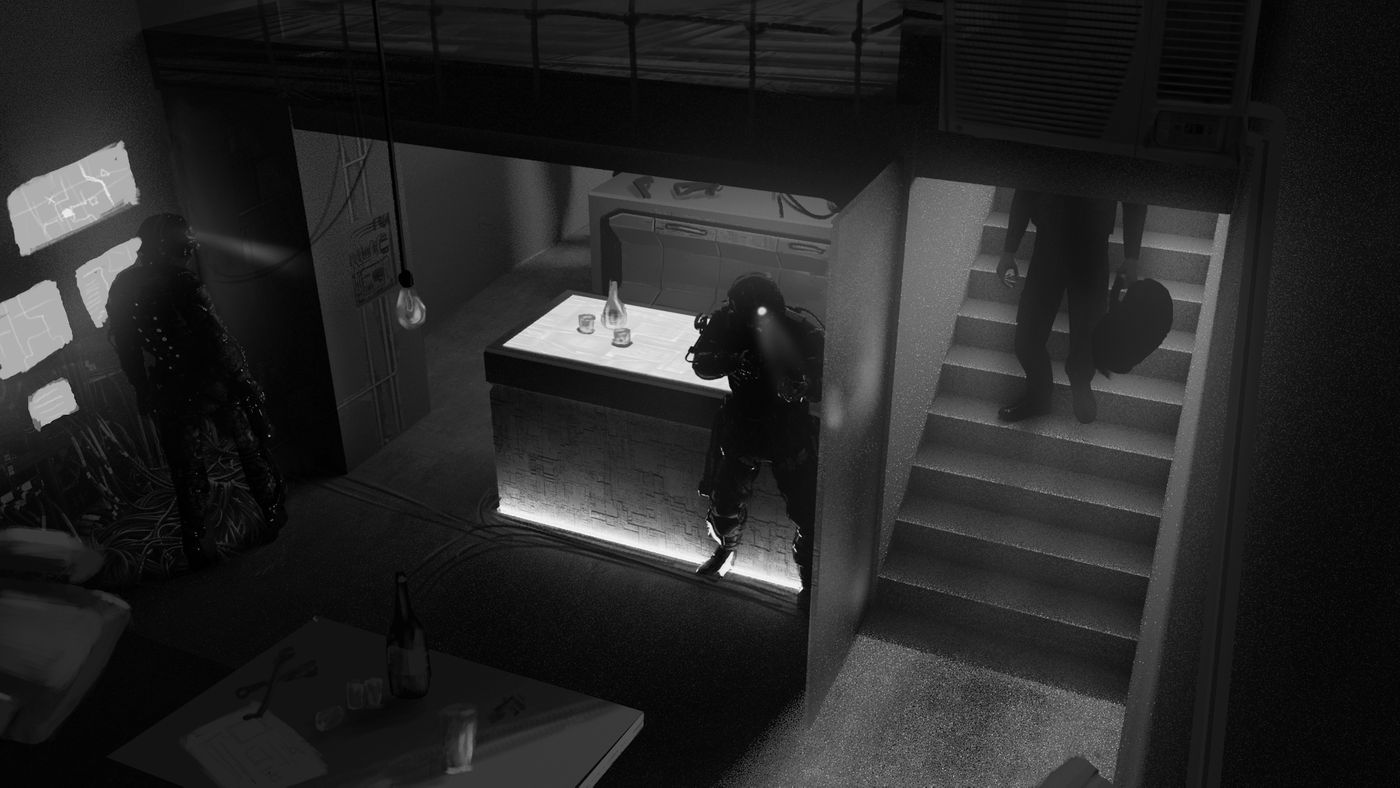 Coming Home (above) is a project done for a masterclass by concept artist Didier Konings.

"The year is 2120, a thief comes home after thinking he escaped the cops."

The blockout and kitbash were done in Maya and rendered in Keyshot. The paintover was done in Photoshop. 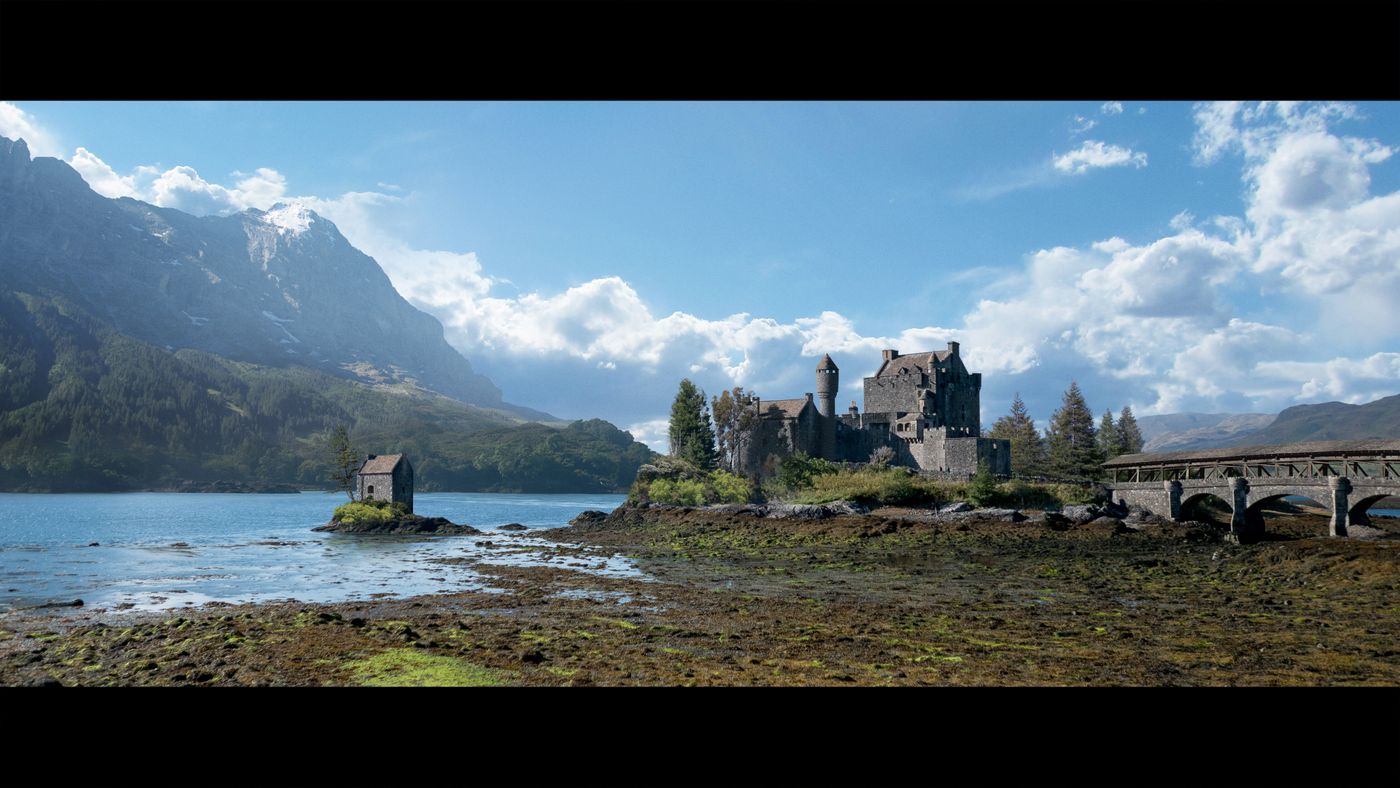 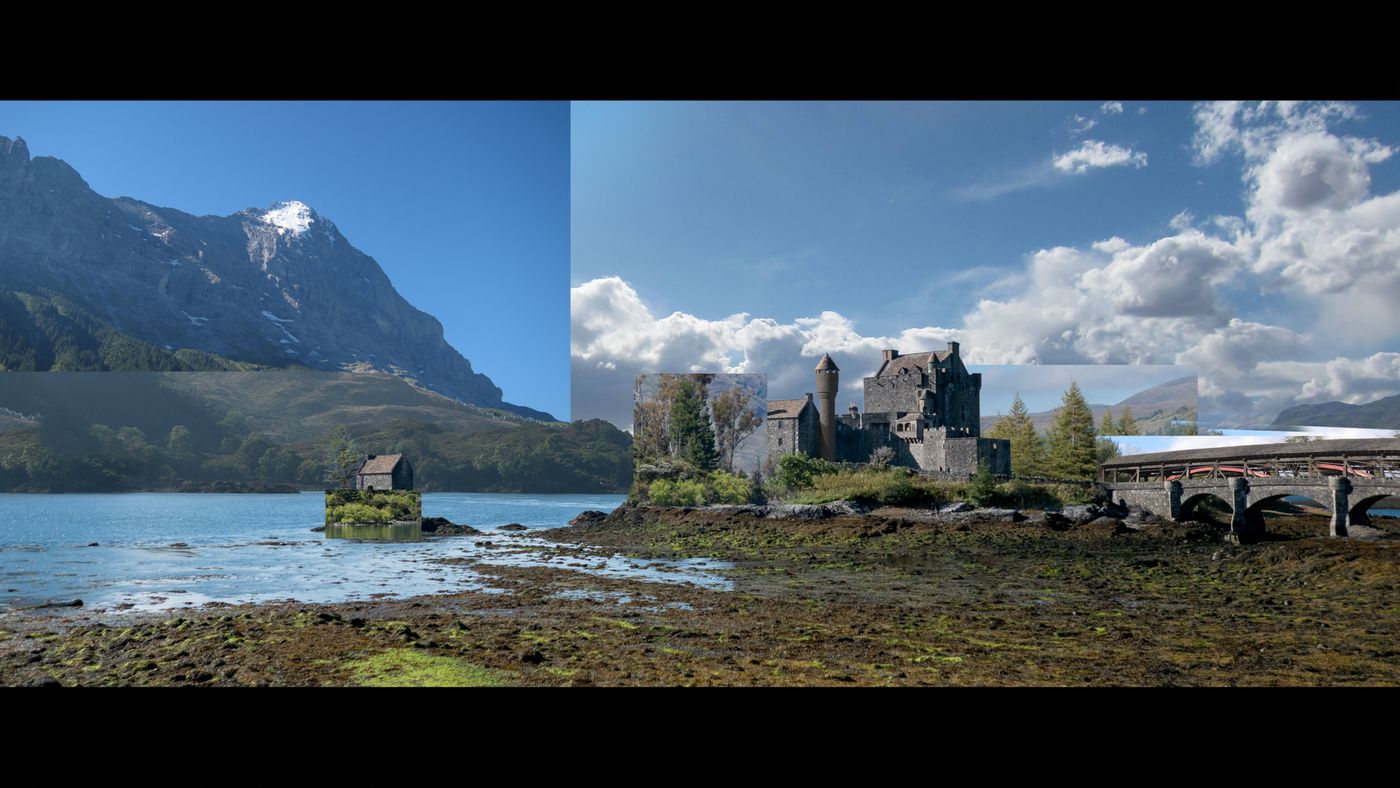 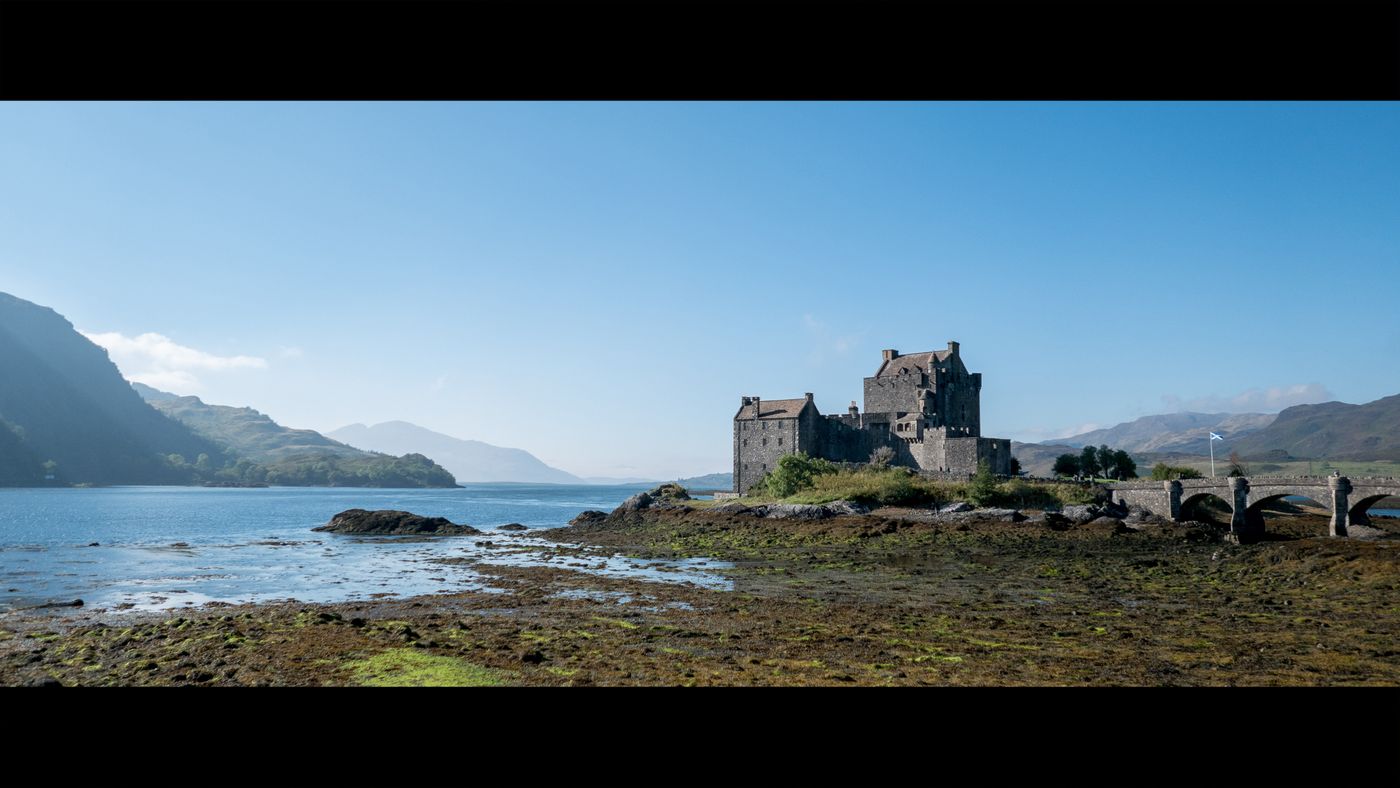 Scotland (above) is a personal project to practice and display my skills in 2D matte painting and integration. The values of the original photograph were left untouched, the matte painting was done using Photoshop and Maya. 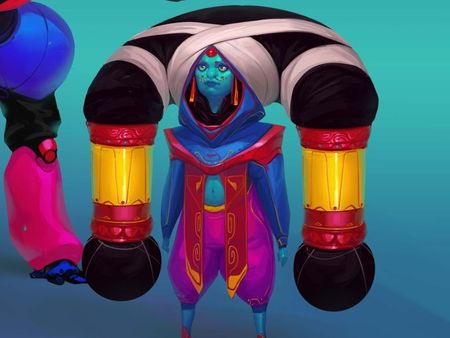 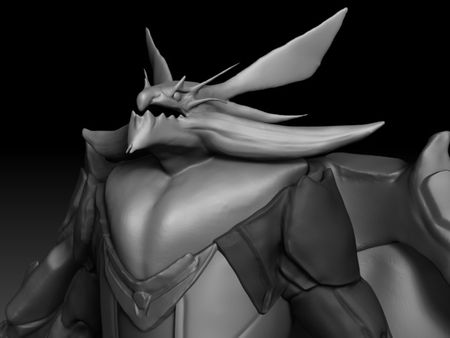