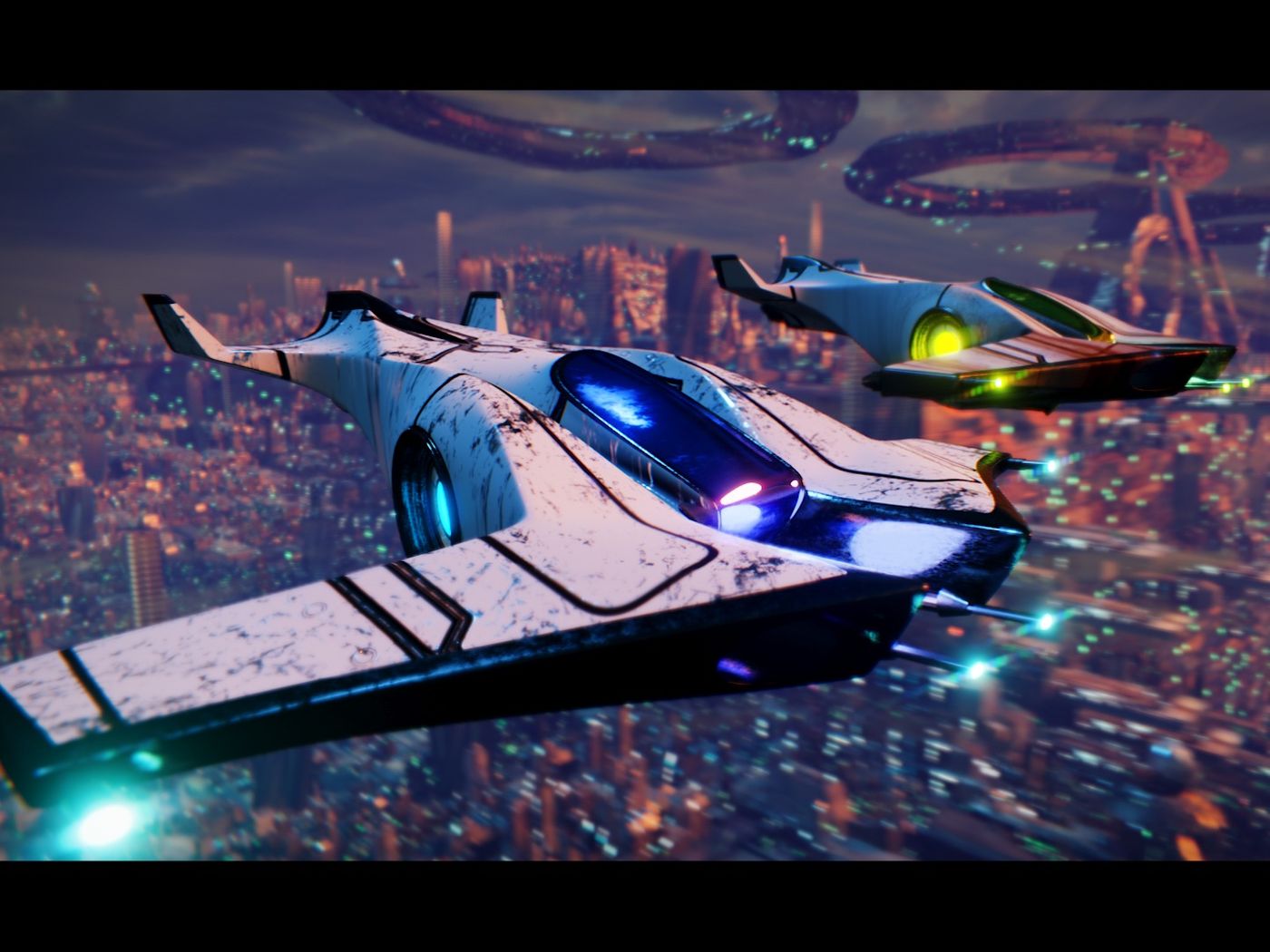 In this rather dystopian depiction of ''a'' future. Two spaceships have an epic battle against a rivaling trio of terrorists through their capital. They will learn what the cost of war really is. This was a personal project.

This was a 2021 personal short film. The total production time was about six months. I am responsible for all visuals, story and editing.

This is the biggest project I have worked on to date. So, I had to do a lot of tests, the biggest one being the one above. In which I wanted to see if and how everything would look and work before the final render. 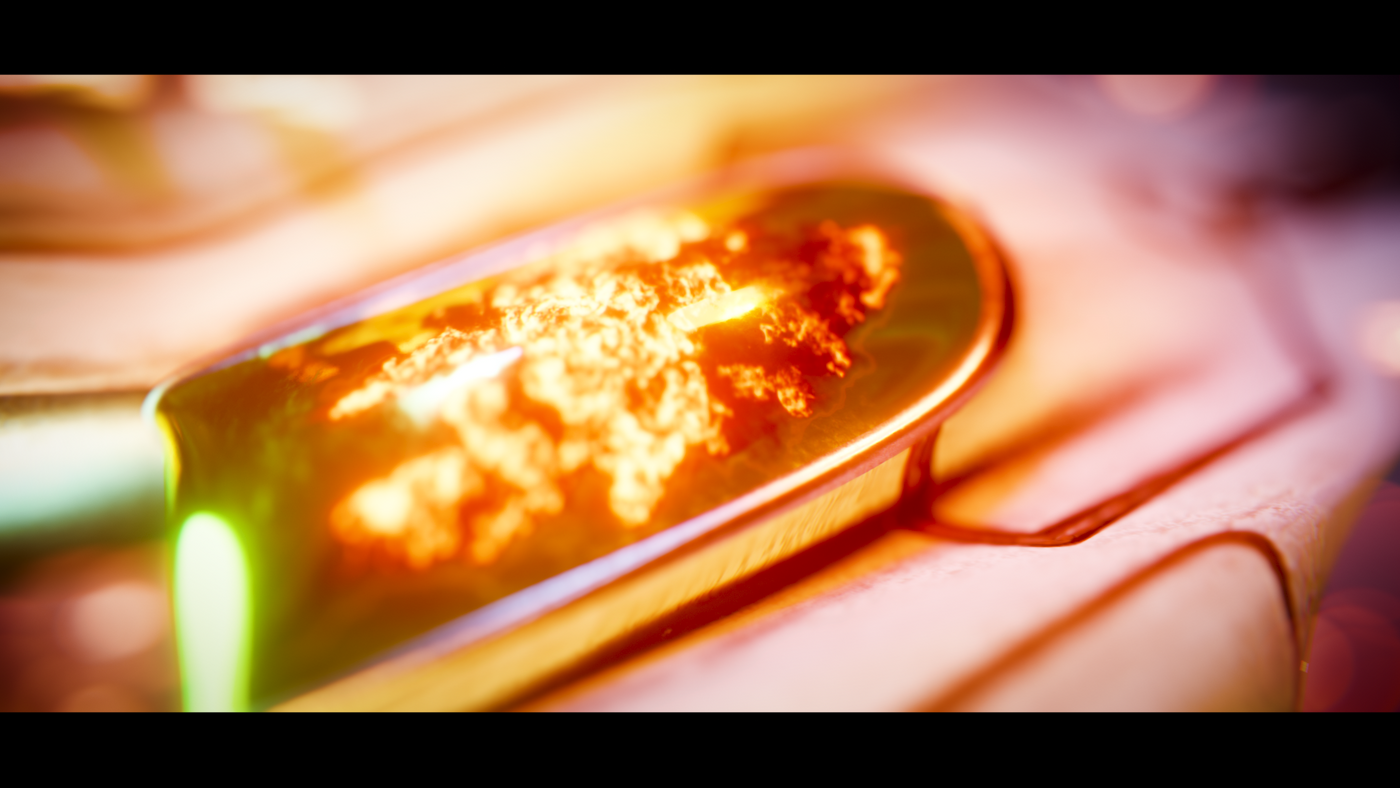 Having no descriptive dialogue was a big challenge story wise. But a bigger one was that the closest thing I had to a character were the spaceships. This is why I put a lot of effort into their designs. Because I needed to achieve at least a certain level of appeal if I were to get some degree of emotion. A great reference for the spaceships, aside from classic sci-fi designs, were both Hyundai and UBERS's UAM concept for a flying car, and Jeff Allen Case's 'Hammerhead' prototype. 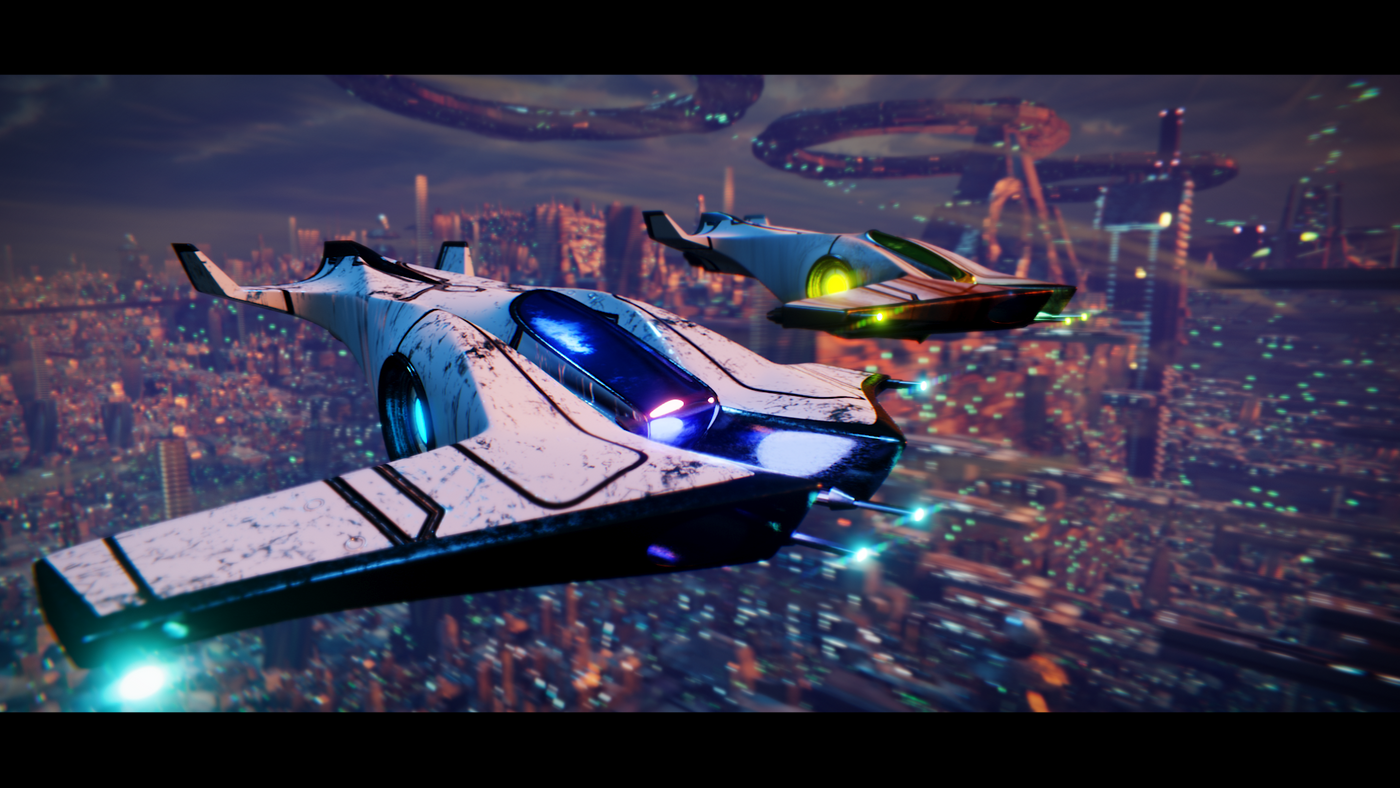 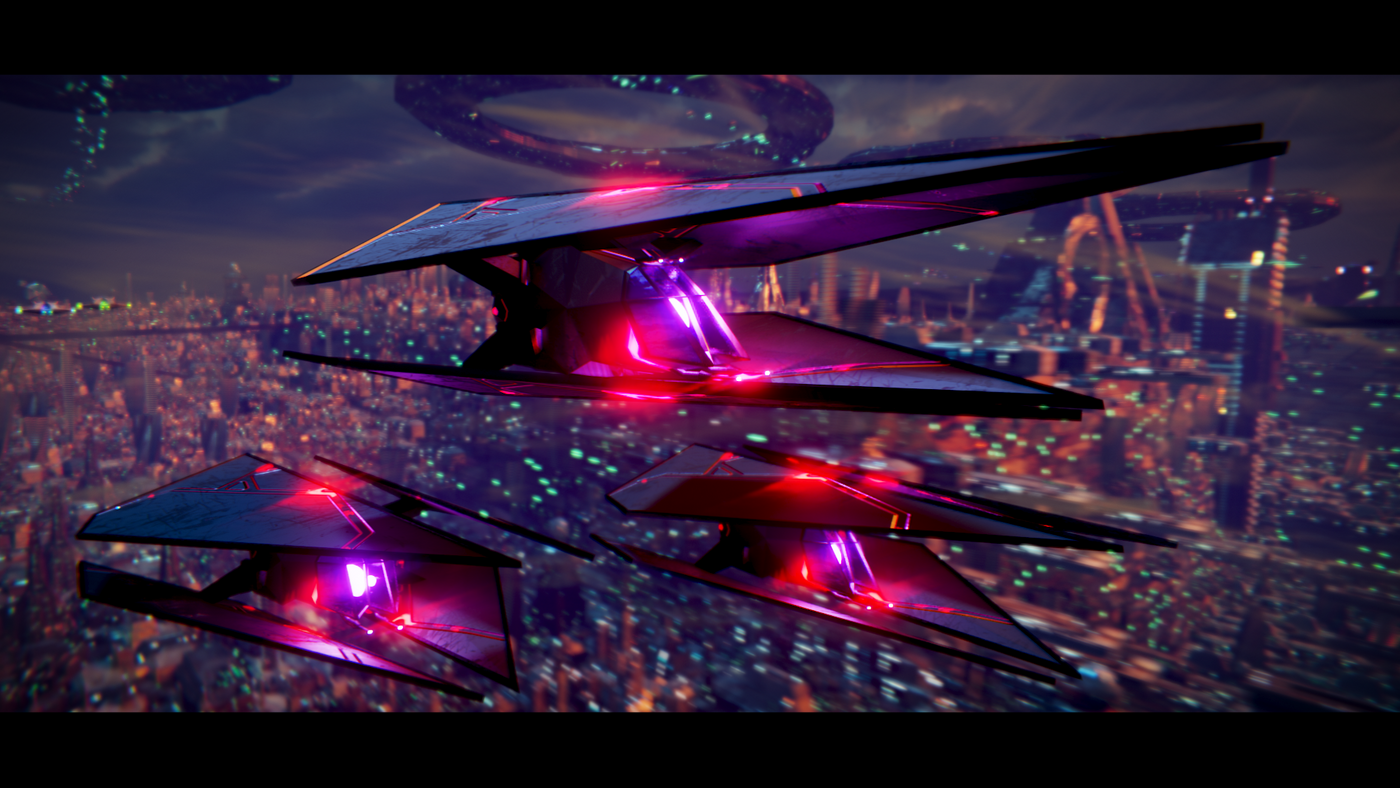 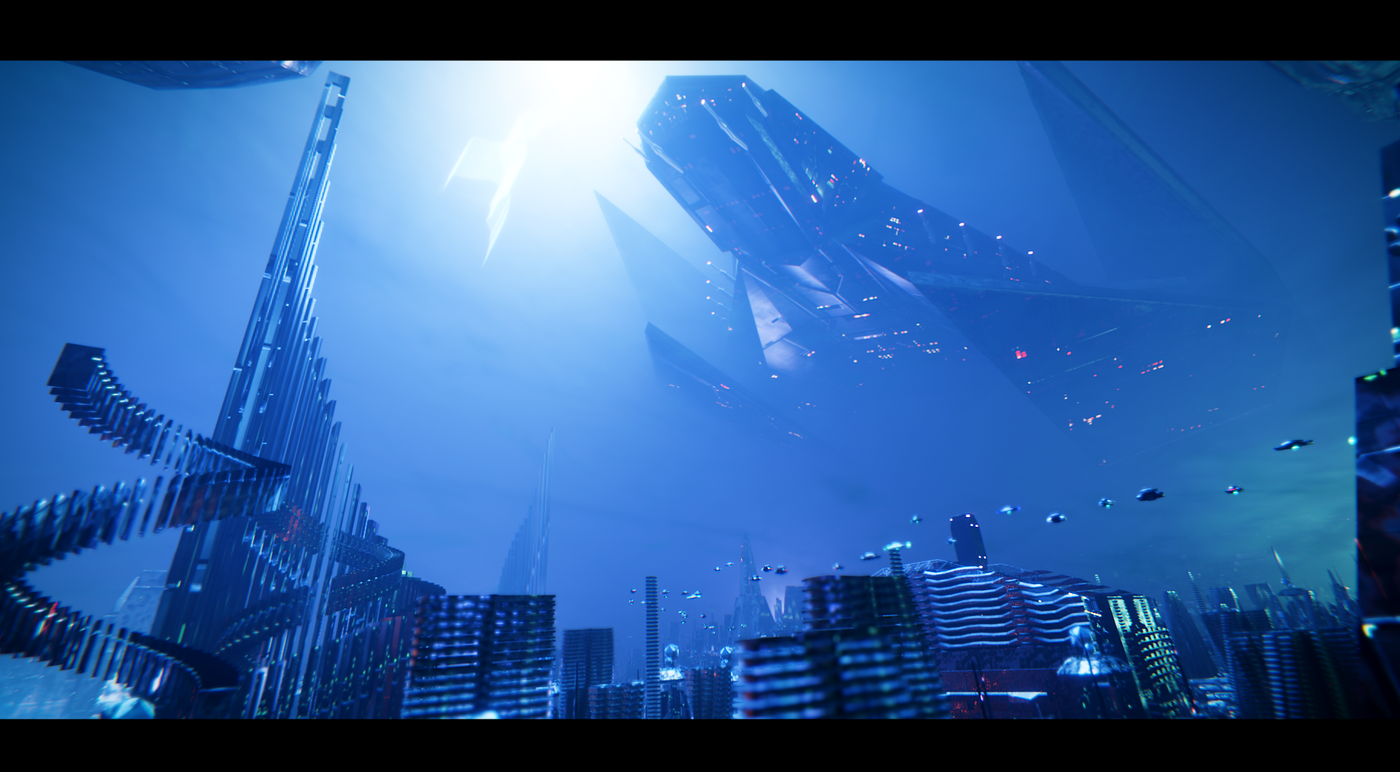 The ships were animated using motion paths. Different camera angles were use to help tell them apart from one another and also get more unique perspectives. 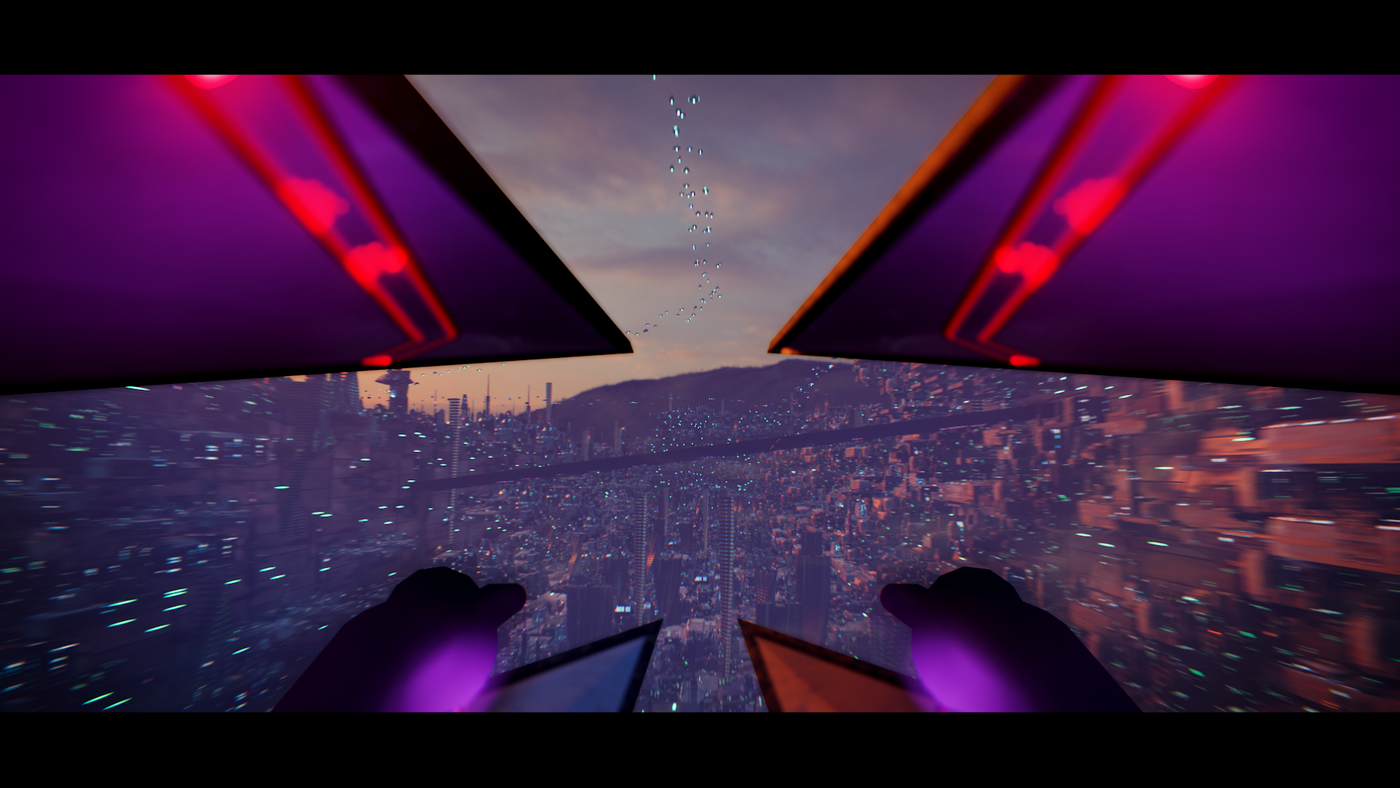 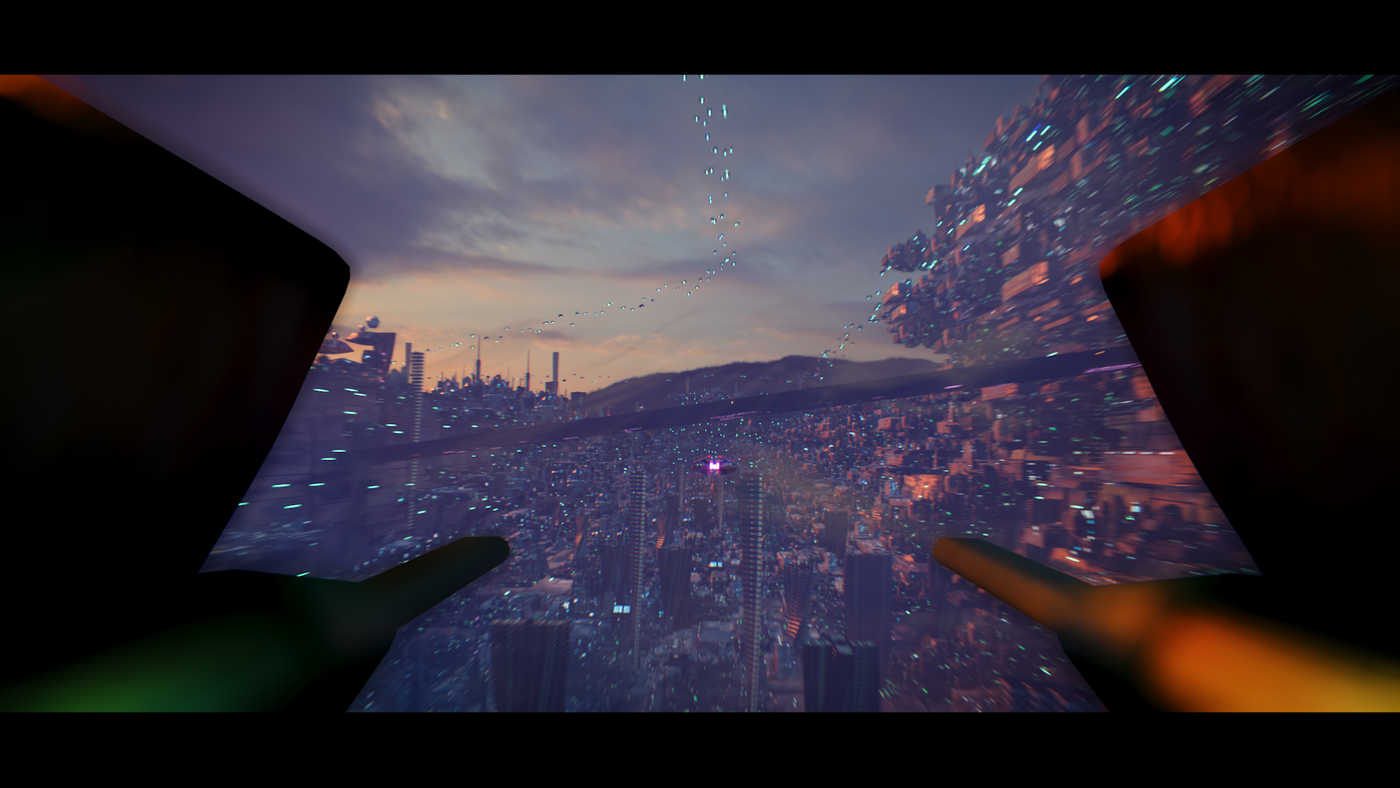 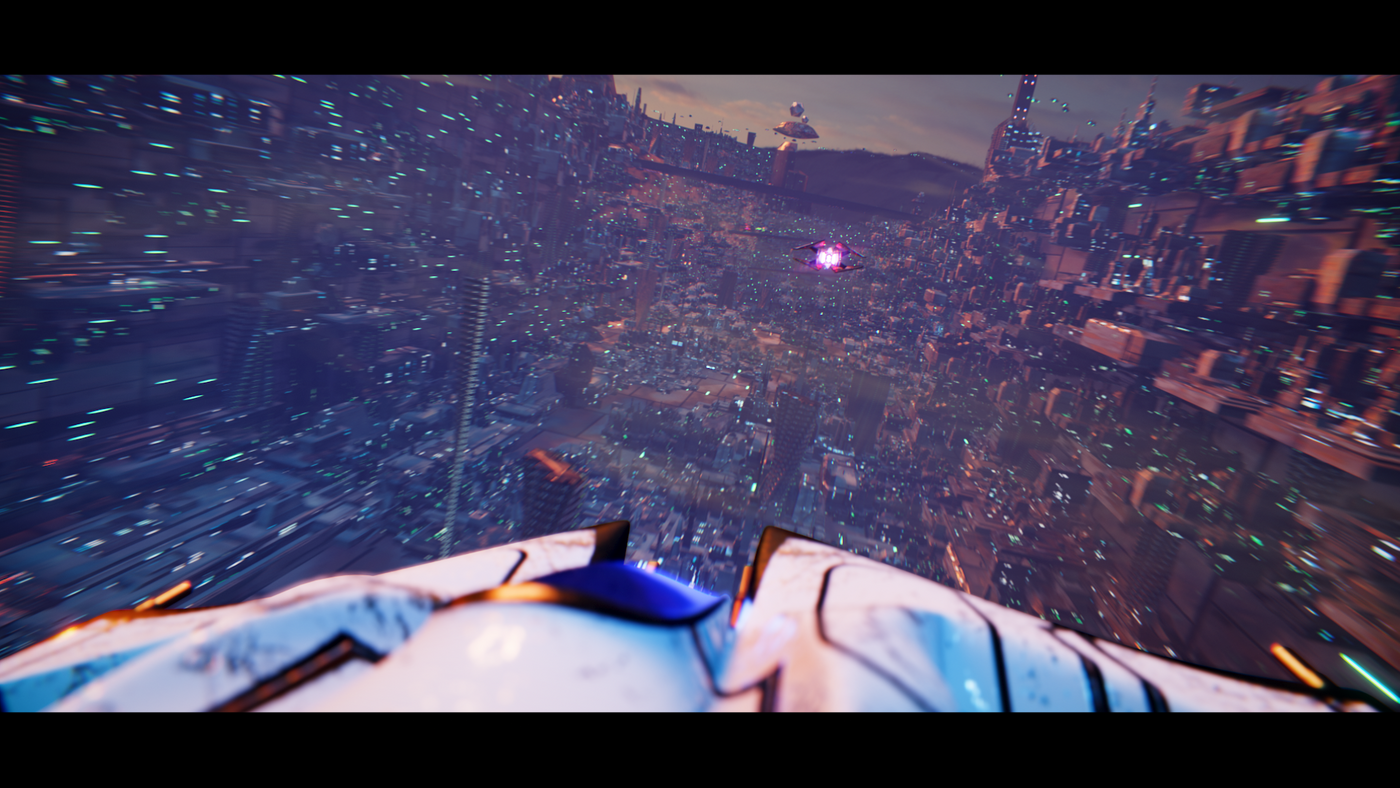 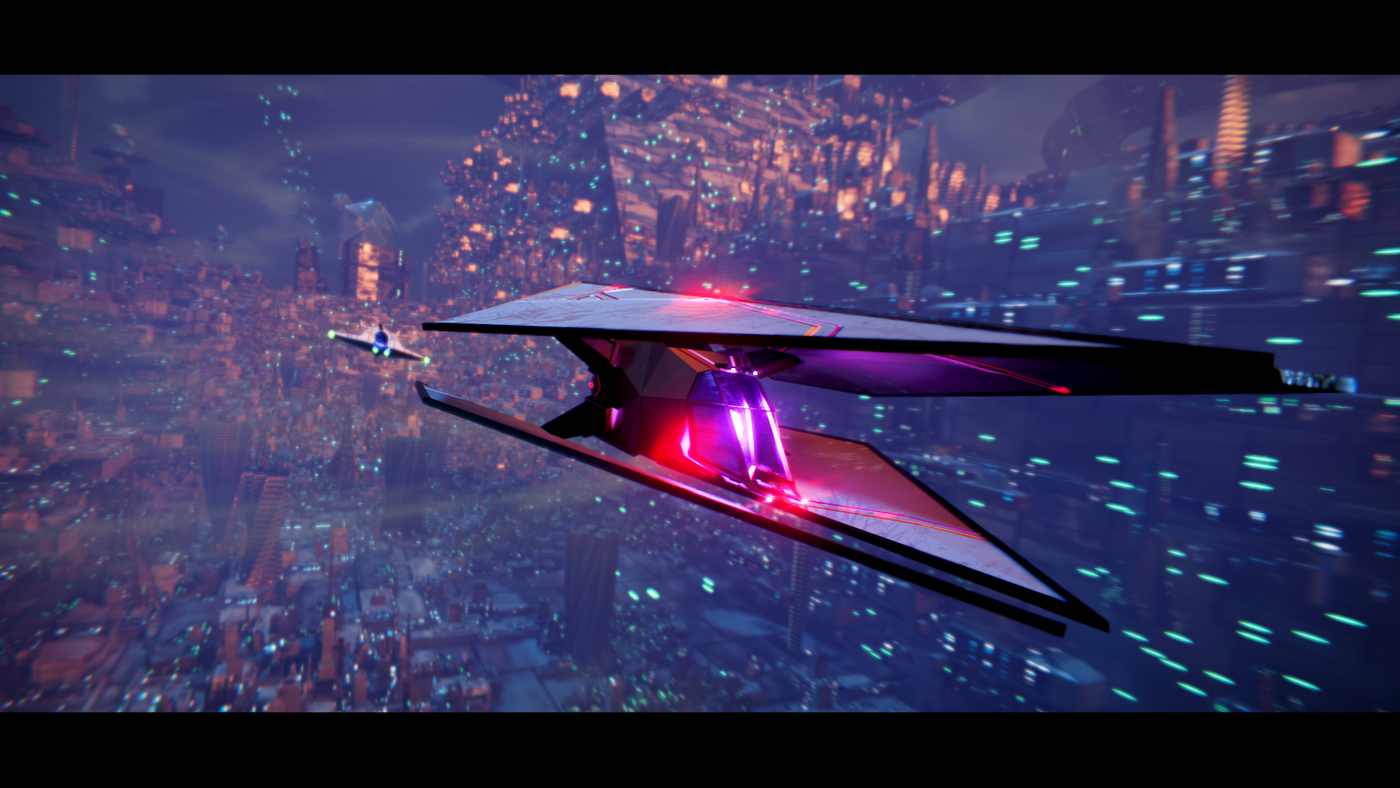 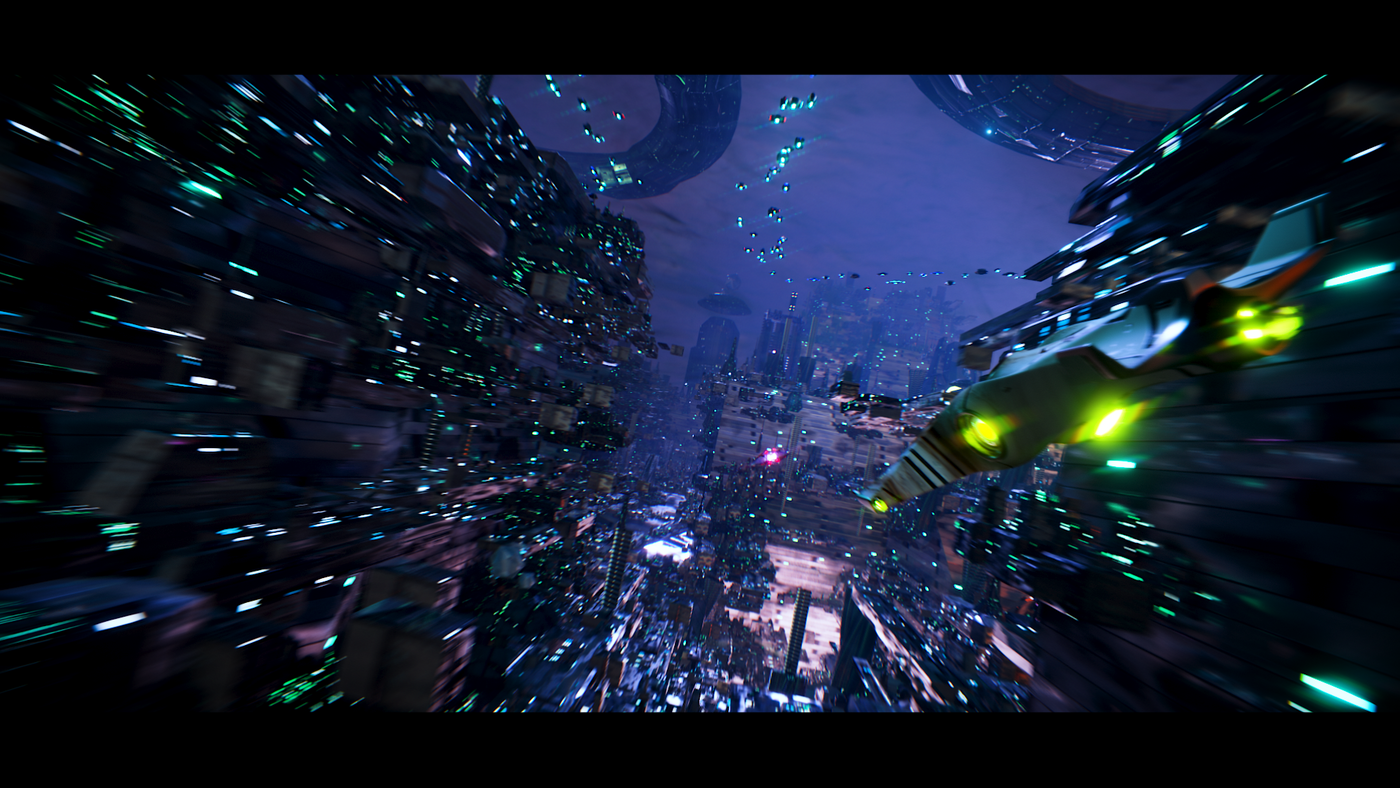 To get the capital's look, I studied many architectonic styles for reference. Such as, HBA Architecture, Dynamic Architecture, Neo-Futurism, as well as architects with futuristic design work like Vincent Callebaut and Dr. David Fisher. Of course, classic sci-fi films were a big influence too. 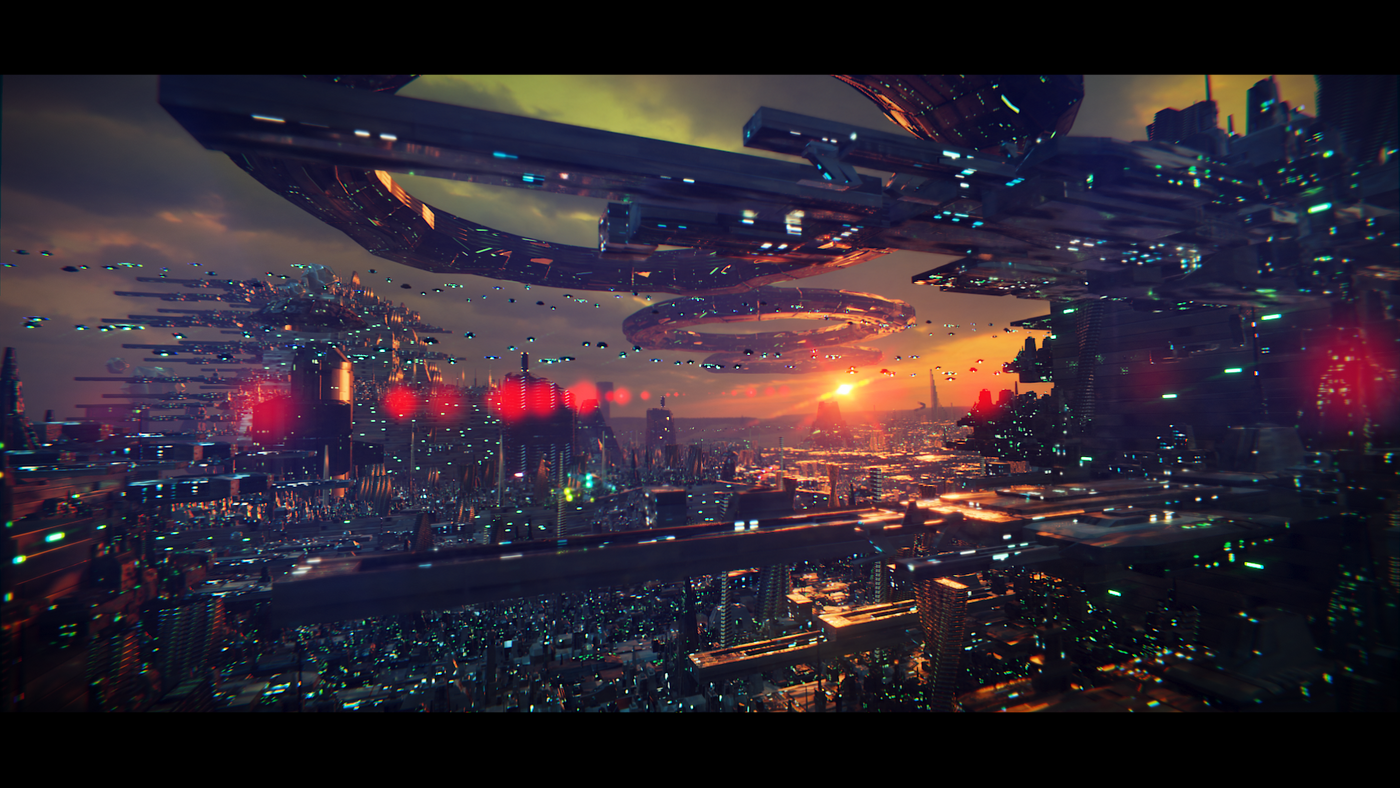 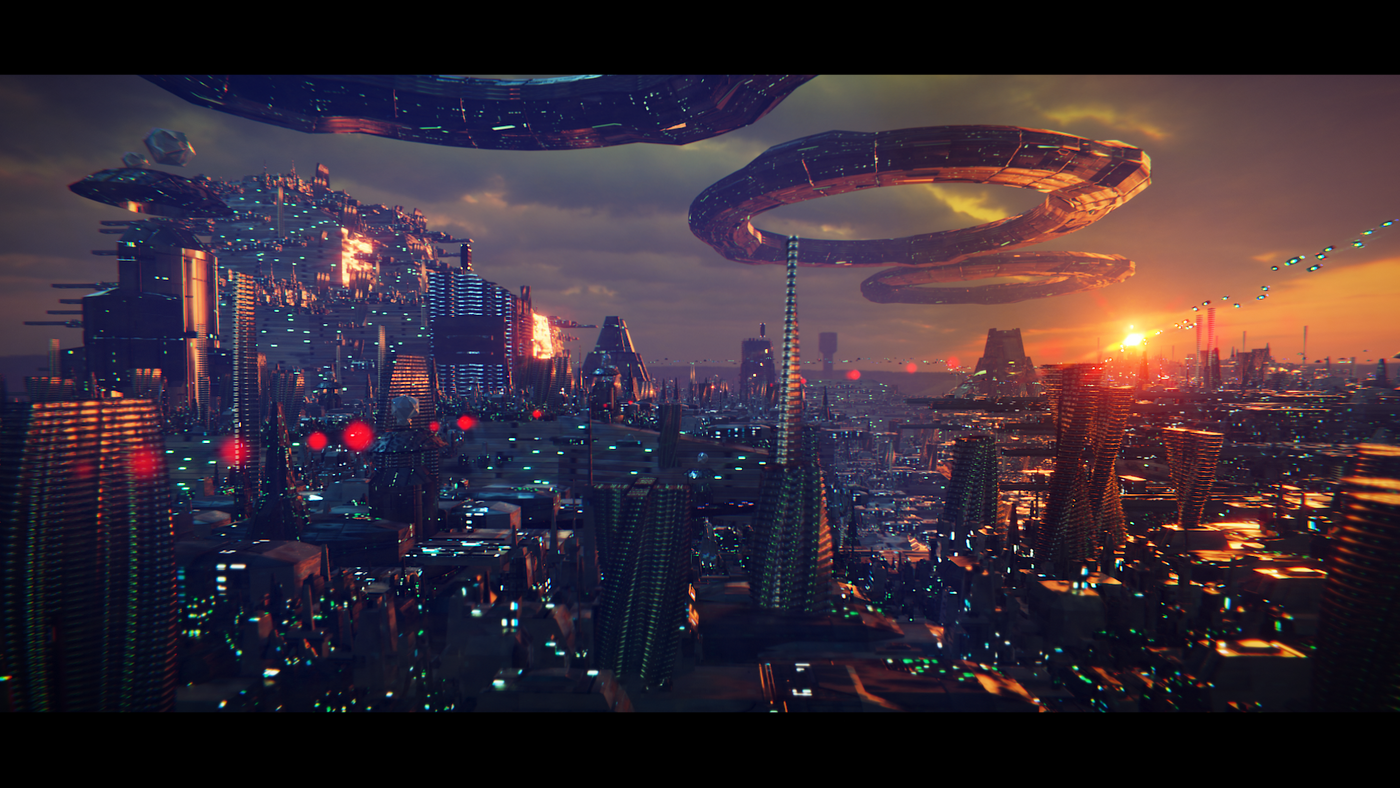 Getting the capital to actually feel diverse and populated involved having 3 different city bases; as well as combining around 15 to 20 unique building models through nested particles systems. This helped me get a total of around 30 different buildings and clusters that I then spawned along my city bases. A similar approach was used for the traffic. Only this were placed along a motion path. 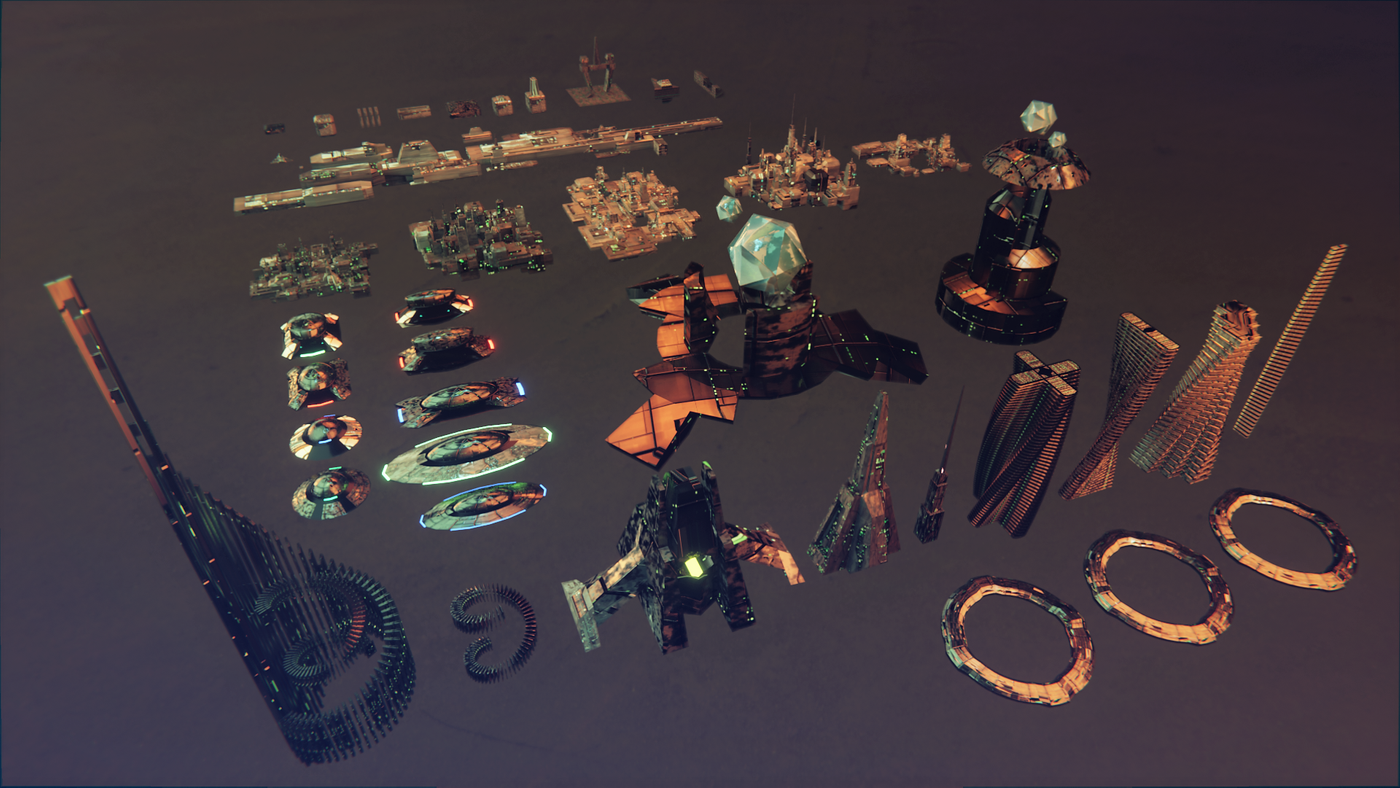 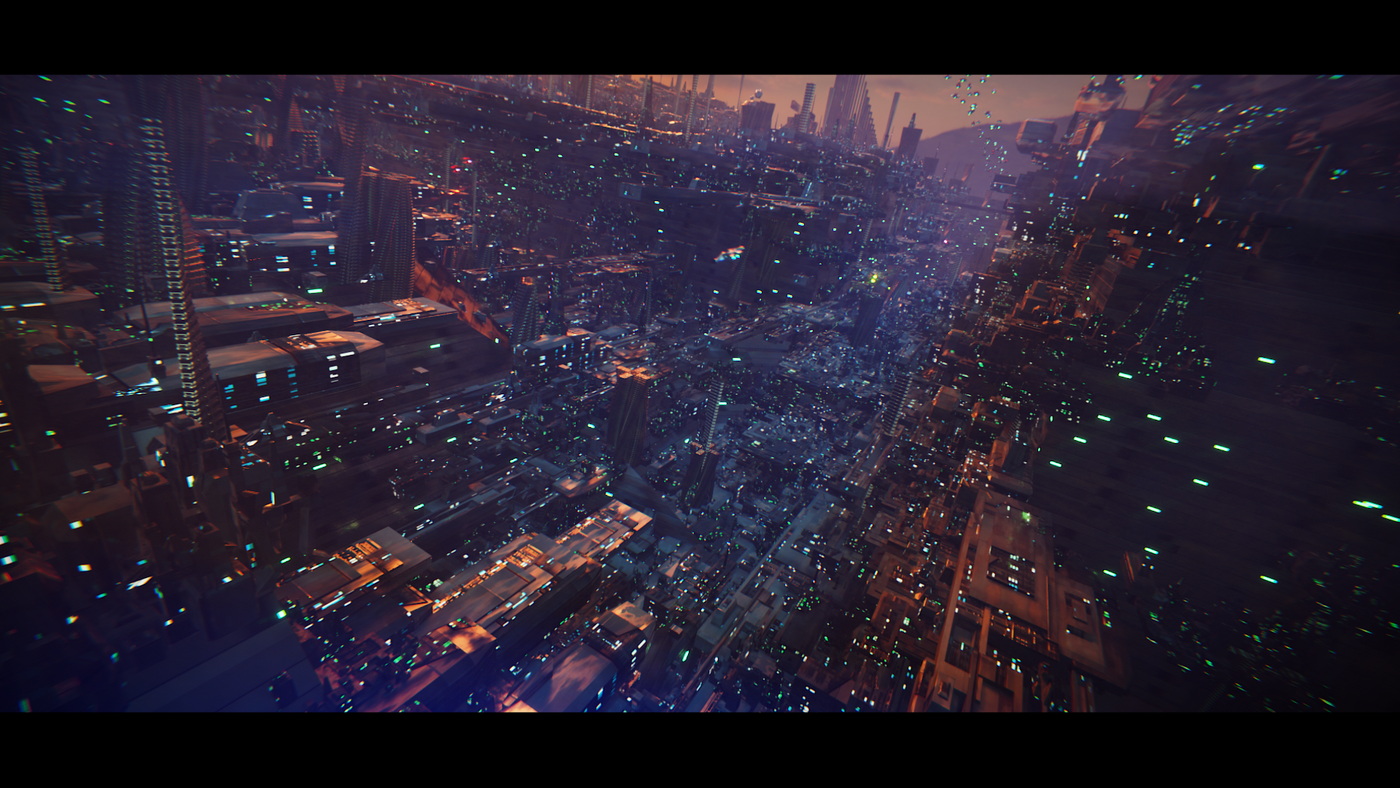 For the explosions I used JangaFX's real-time fluid simulator ''EmberGen''. And I also added spark and destruction simulations for the ships to actually look like they fall apart. This meant that the ships' animation had to properly merge into the explosions'. So that all motion felt completely integrated.

For shading, almost all my materials were procedural. Most of them were done inside Blender, and only a few of the more complex ones in Substance Painter. Additionally, lighting was animated throughout the film to seamlessly transition from sunset to night time. Everything was rendered in real-time using Eevee. 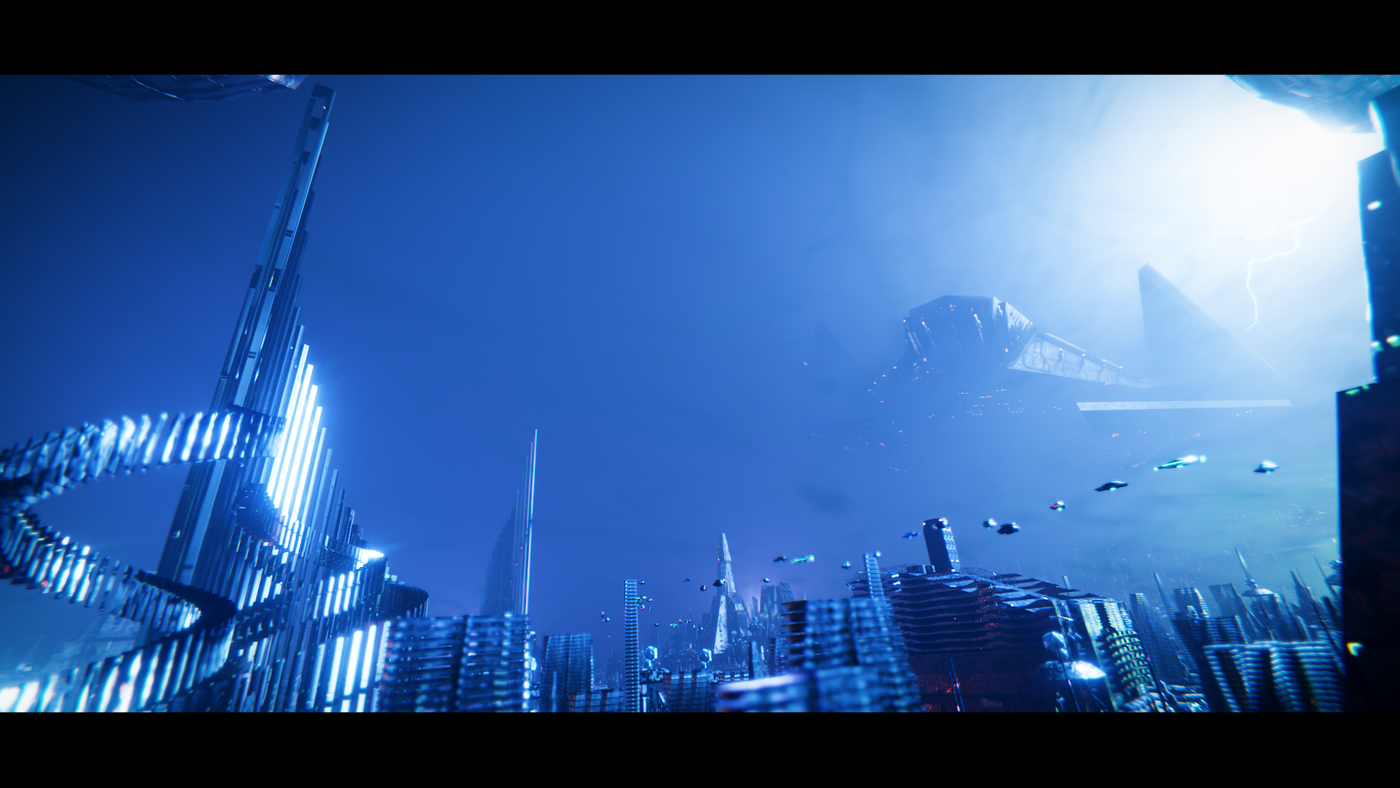 I used premiere pro for editing. And for sound and music I had to do a very thorough research. Because I needed to find material that would not only match the tone I had planned for the film, but also heighten it; while at the same time being free to use. 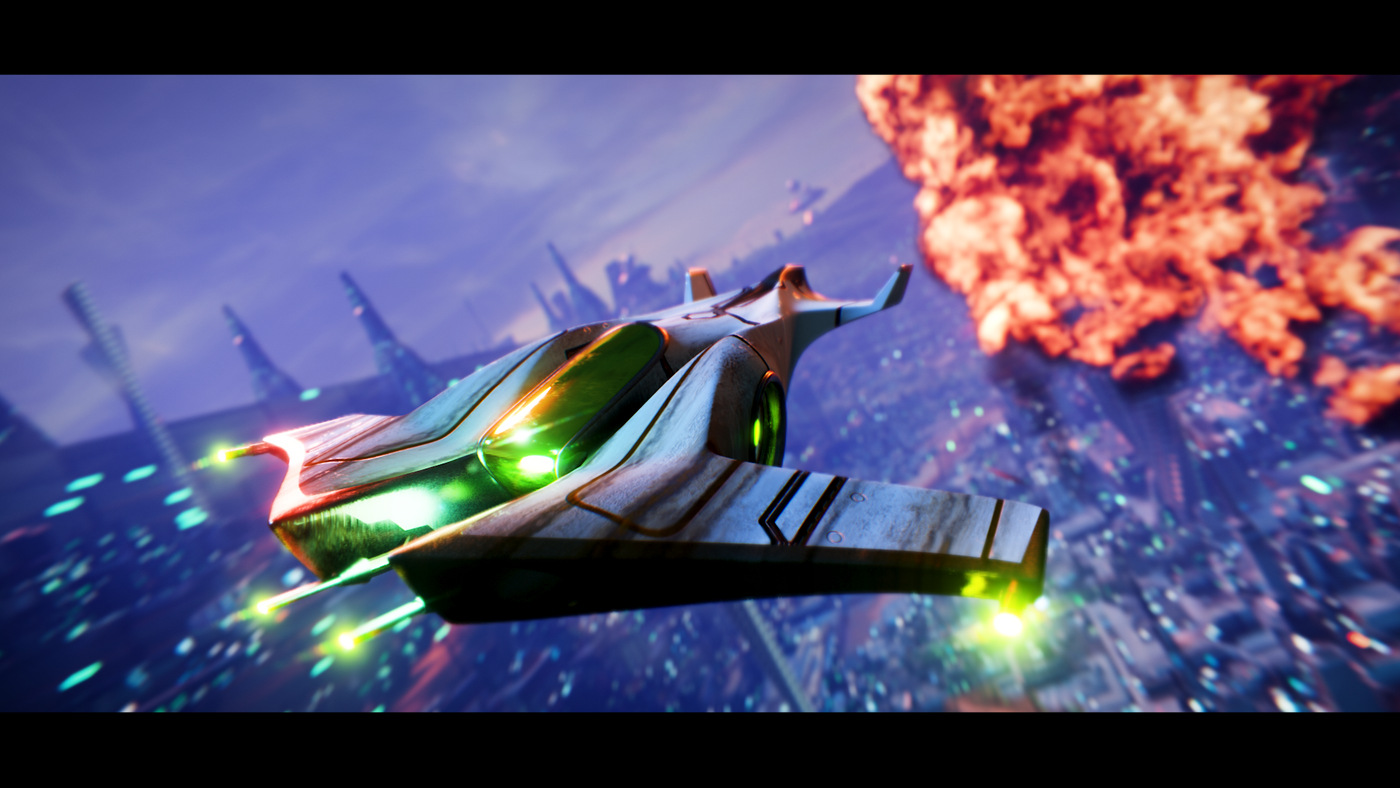 All this, of course, was made to serve the story I wanted to tell, which was that of the sacrifices of war, but also the perpetuity of it. This can be taken literally; but also, we all know we have our battles to fight. And often, after we've come through a difficult time, we tend to feel as if the hard has passed. Only to later realize that ''surprisingly'' the next battle may not be so far away, if it's not already there.

I know this is a harsh truth of life, and a peculiar way of showcasing it. But what I ultimately want to say is that the battles we fight and how we come out of them, are what end up defining our life's journey. And in that sense, life has some similarities to war. But it's really not worst because of that; if anything, it makes life more meaningful and each of us all the more valorous for it. 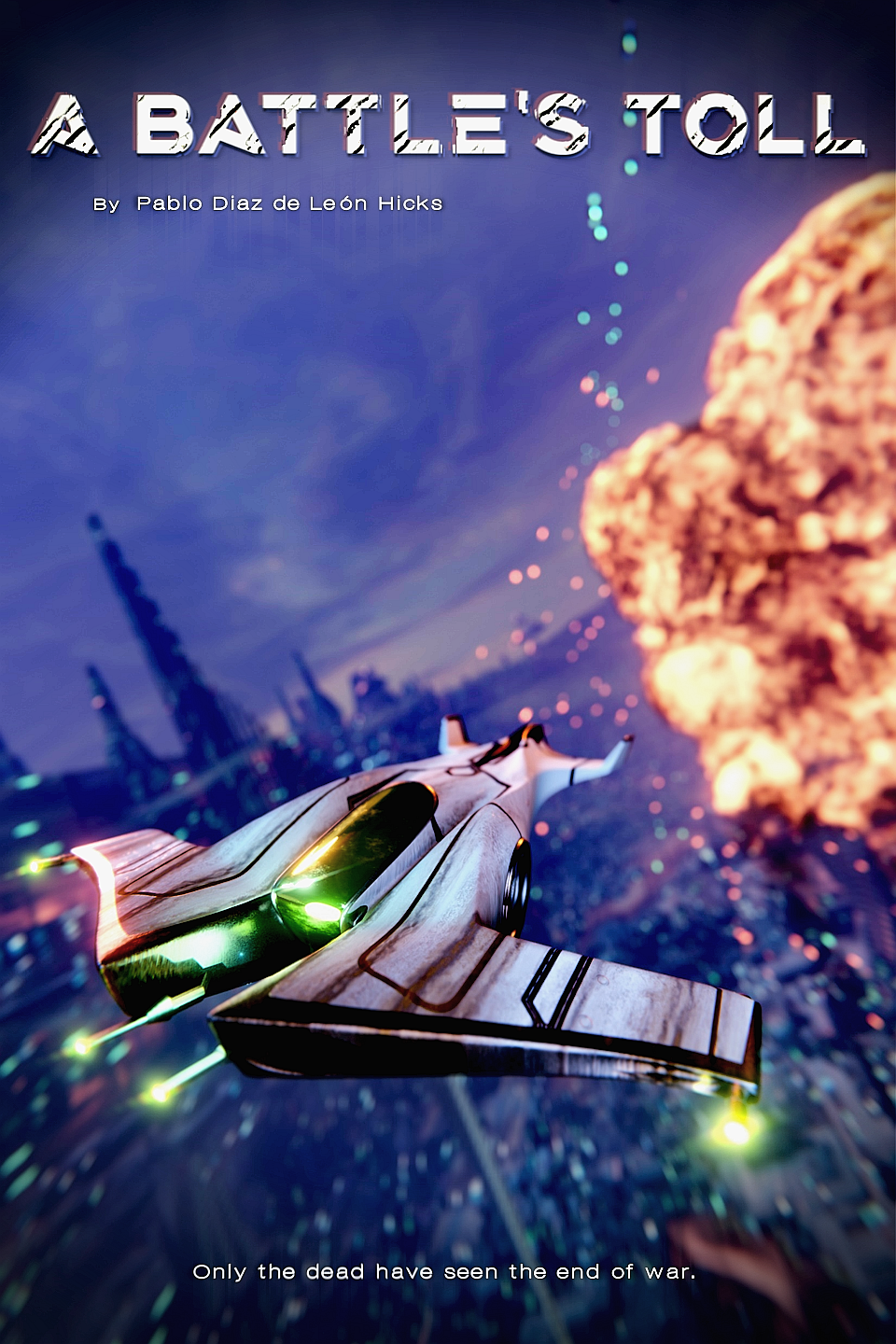 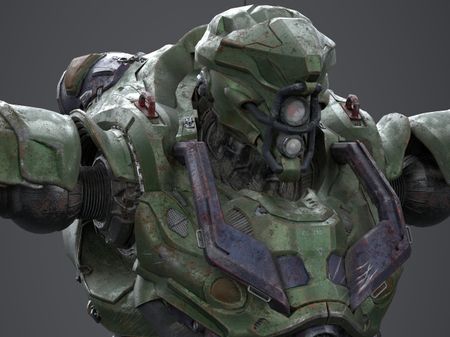 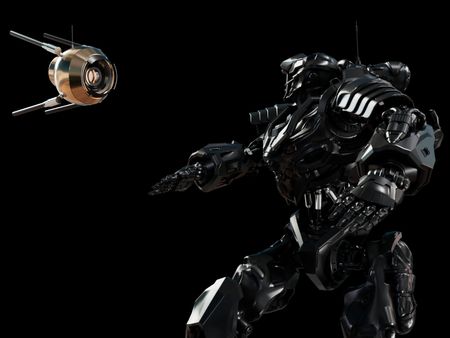 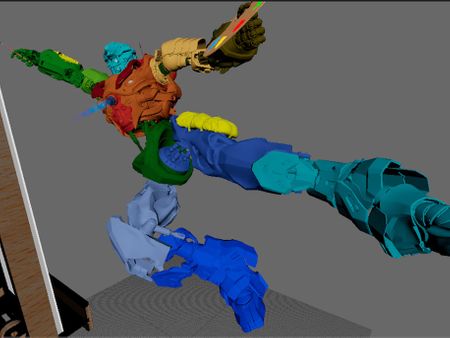