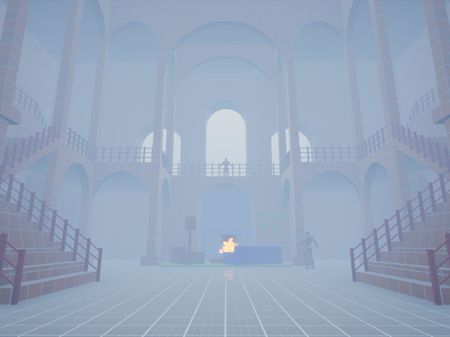 “Abandoned haunted mansion” is my final project for the videogame art master I’m currently taking at UA School in which I’ll be working for the next 2 months.

This week I started designing the modular floor, ceiling and wall kits to fill in the larger areas of the mansion as soon as possible. I was looking forward to getting to this stage because it is very satisfying to see how the environment starts looking much more finished just by using a few pieces and duplicating them. By having models and textures with such detail and ornamentation, the sense of progress is so much stronger in this kind of environments. 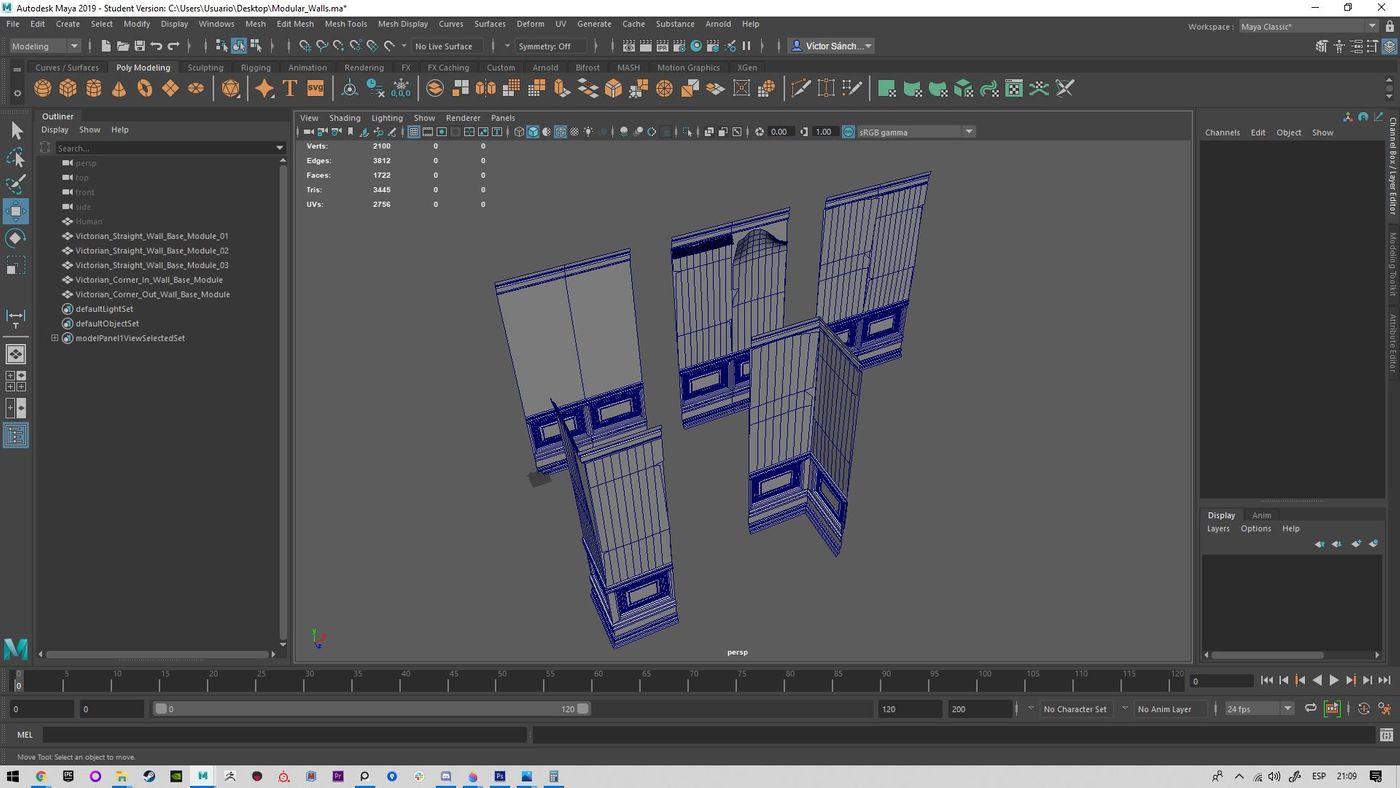 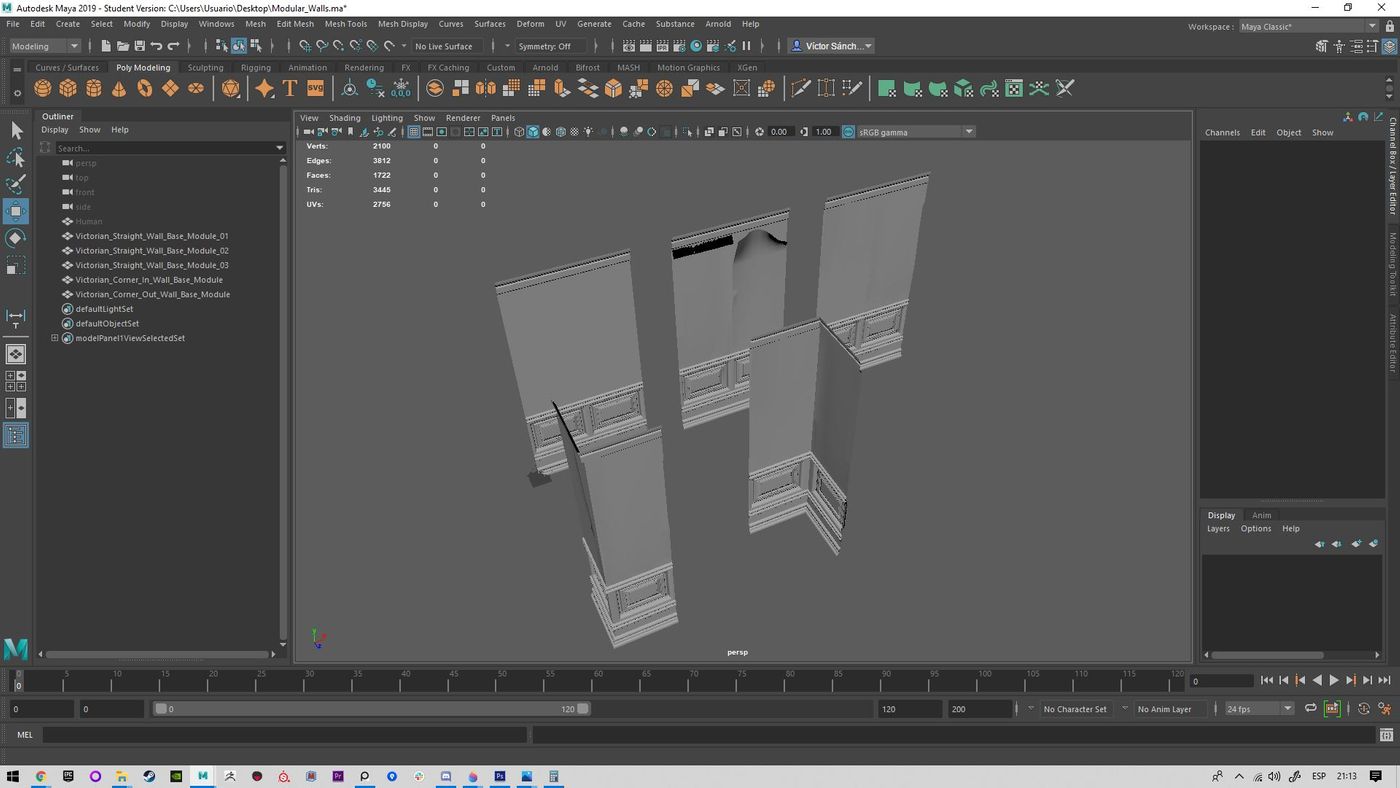 Due to some technical difficulties, I had to redo both the sofa and the armchair. At first I wasn't sure whether to sculpt the deep button in Zbrush or model it with Maya, but in the end I realized that the best option was Maya, so I had to discard most of last week's work. It was a challenge for me to deal with this kind of organic assets, but the effort was definitely worth it! 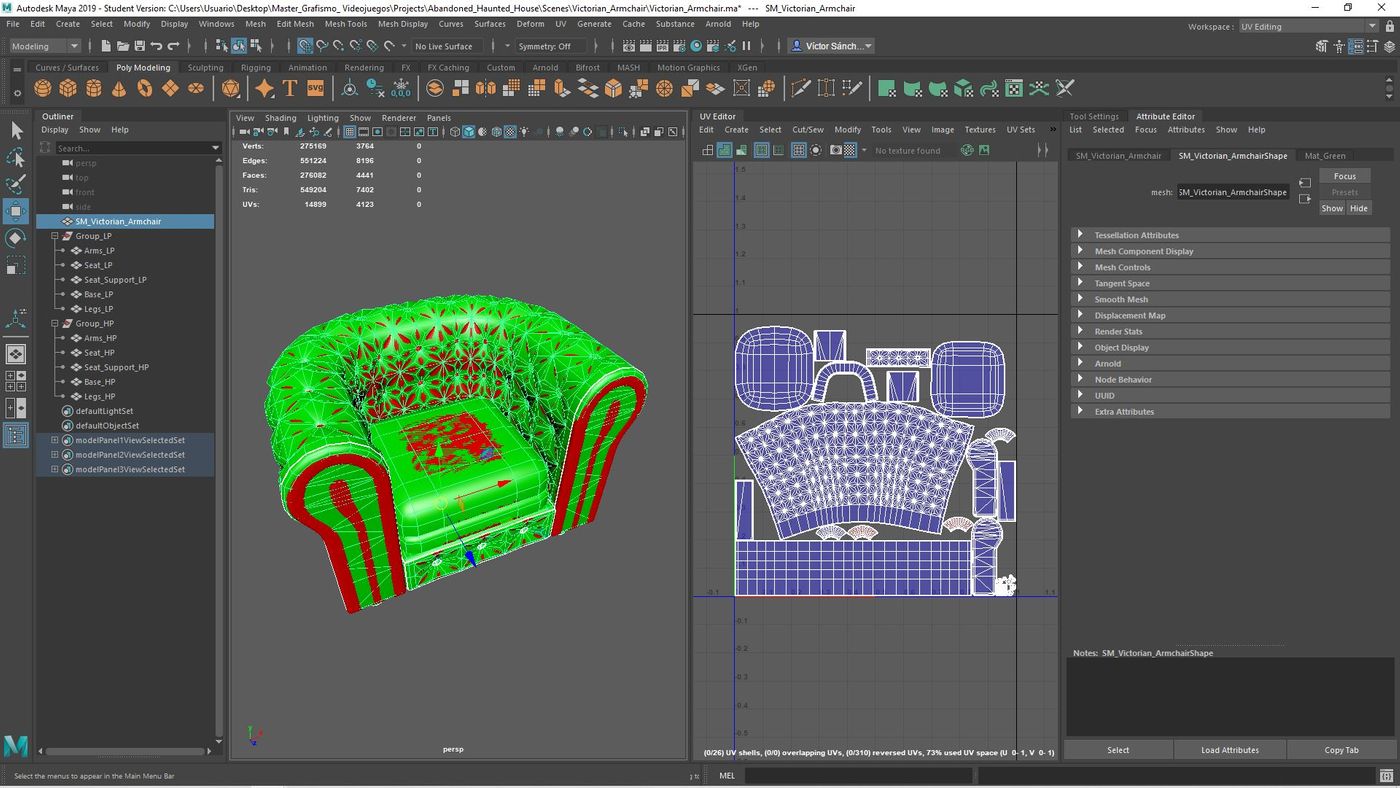 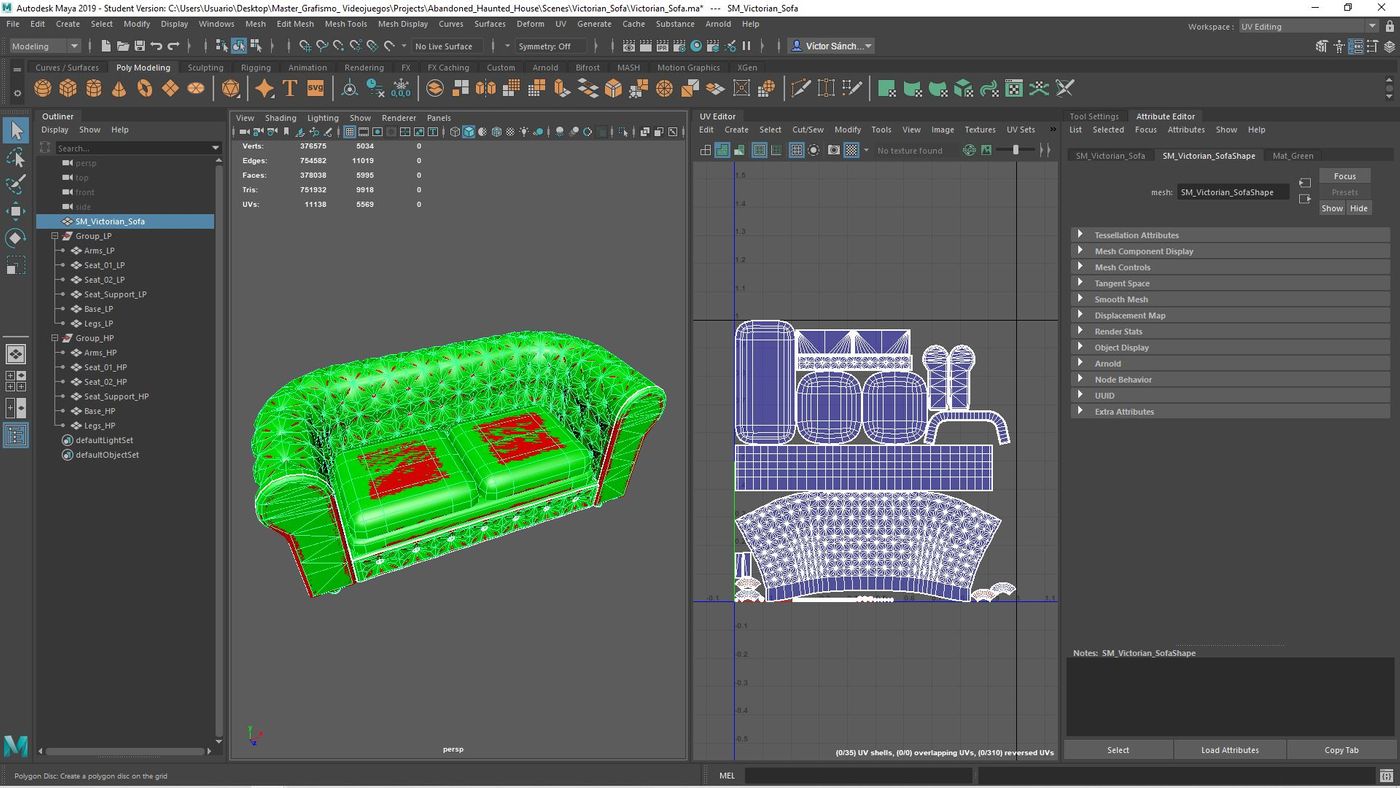 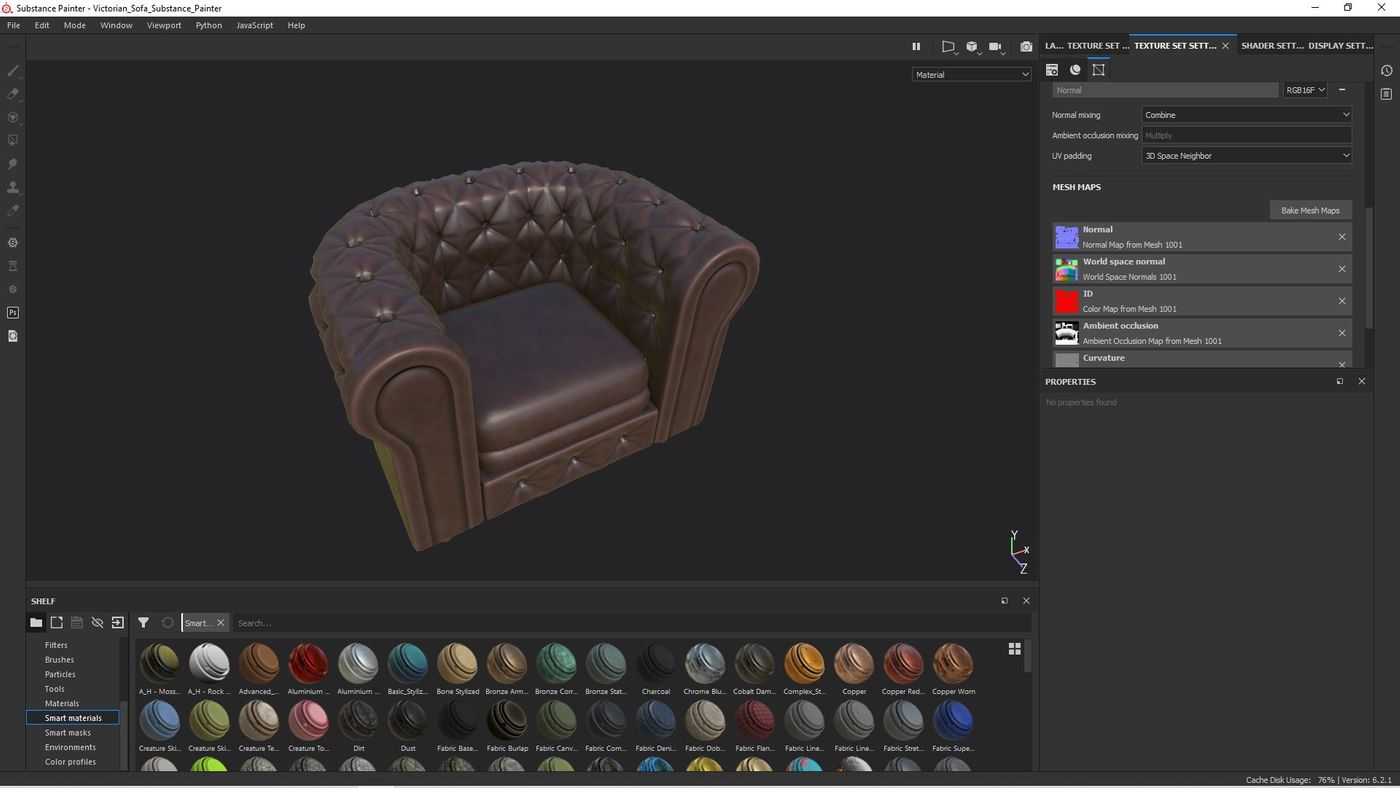 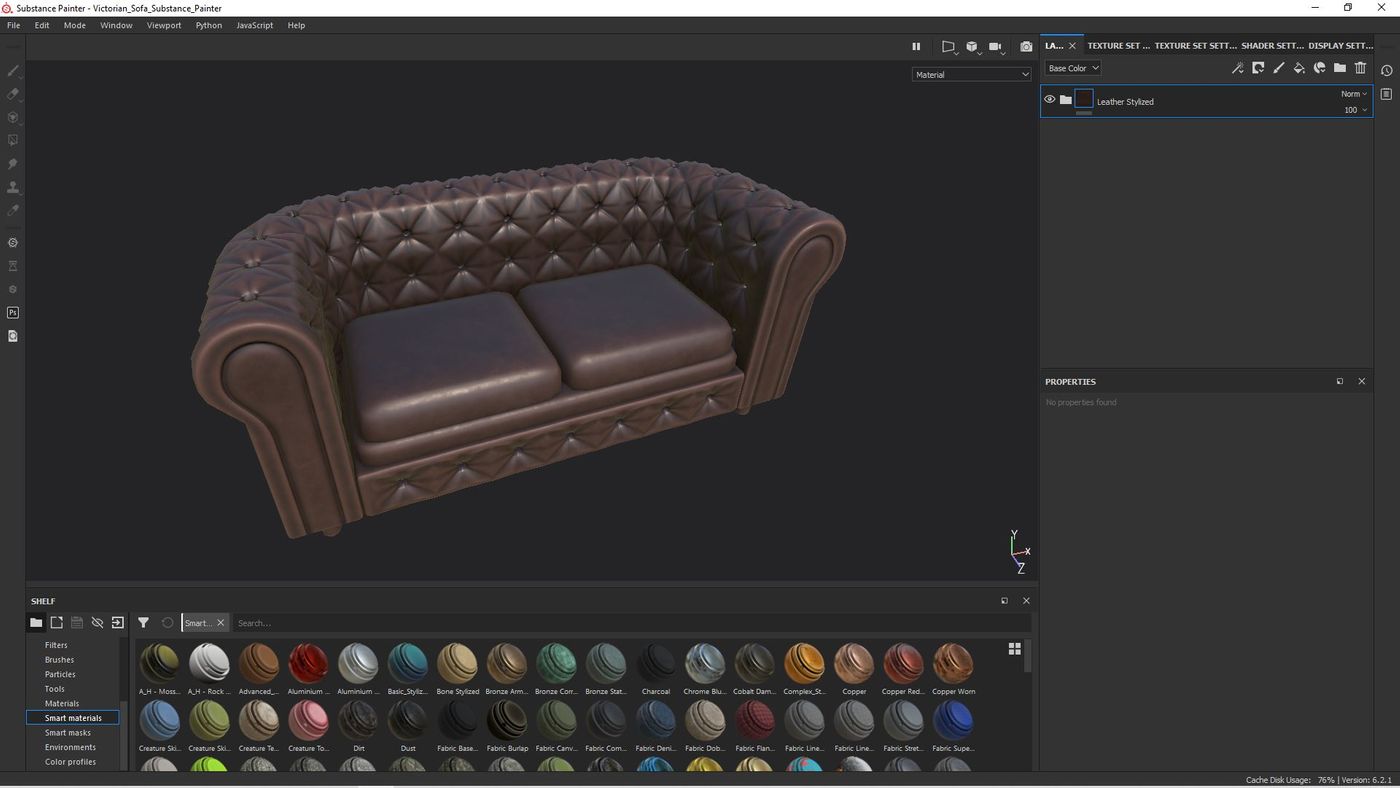 At this point, I' ve just dropped a base material in Substance to get out of the way and to be able to keep working on the remaining tasks without getting stuck, but I still have to come back to them to do some high quality texturing when I can. The idea would be to texturize them following the reference that I show below. 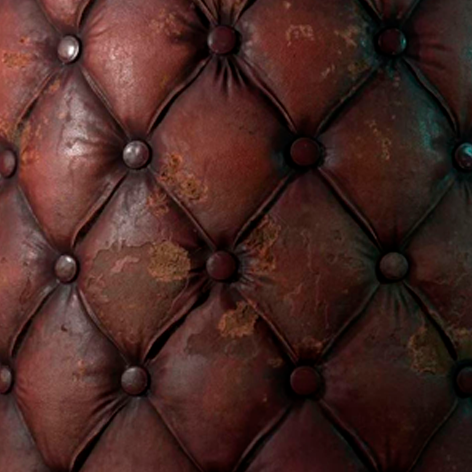 Feel free to let me know any comments or suggestions you may have. I would be happy to receive feedback from other artists.

Hey, hey! Throughout this week I have continued tweaking the blocking and adjusting some of the overall dimensions of the main structure as I mentioned earlier in the thread.

I realized the ceiling was too high, so I've had to move it down about 4 meters in height. This makes that instead of looking like a cathedral, it really looks like a mansion, which is what I really want to achieve.

I have also placed some light sources to start recreating the atmosphere of the environment. 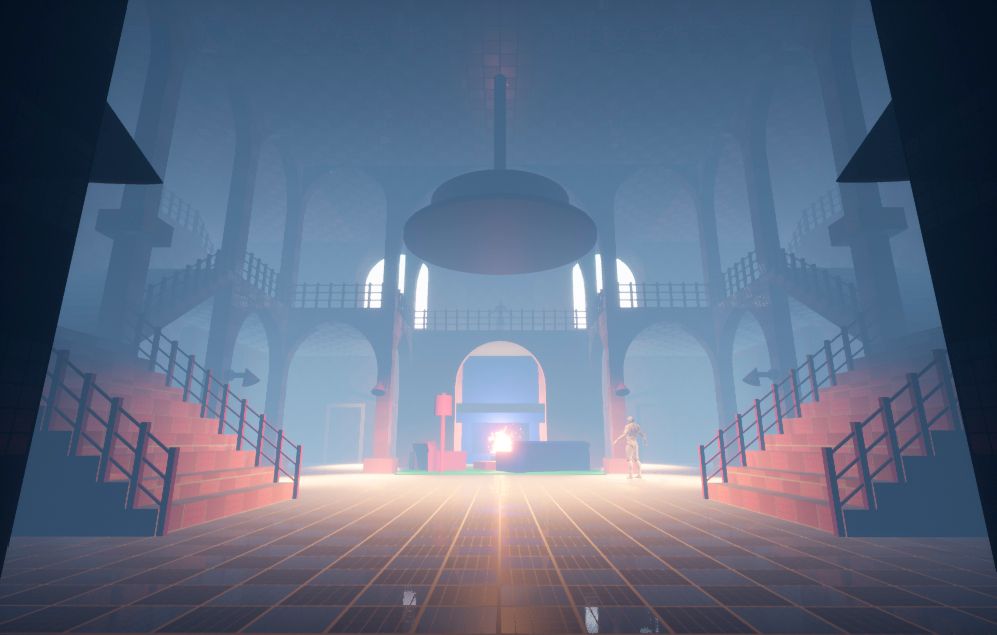 On the other hand, I also kept working on the primary assets that will have the most importance in the scene. 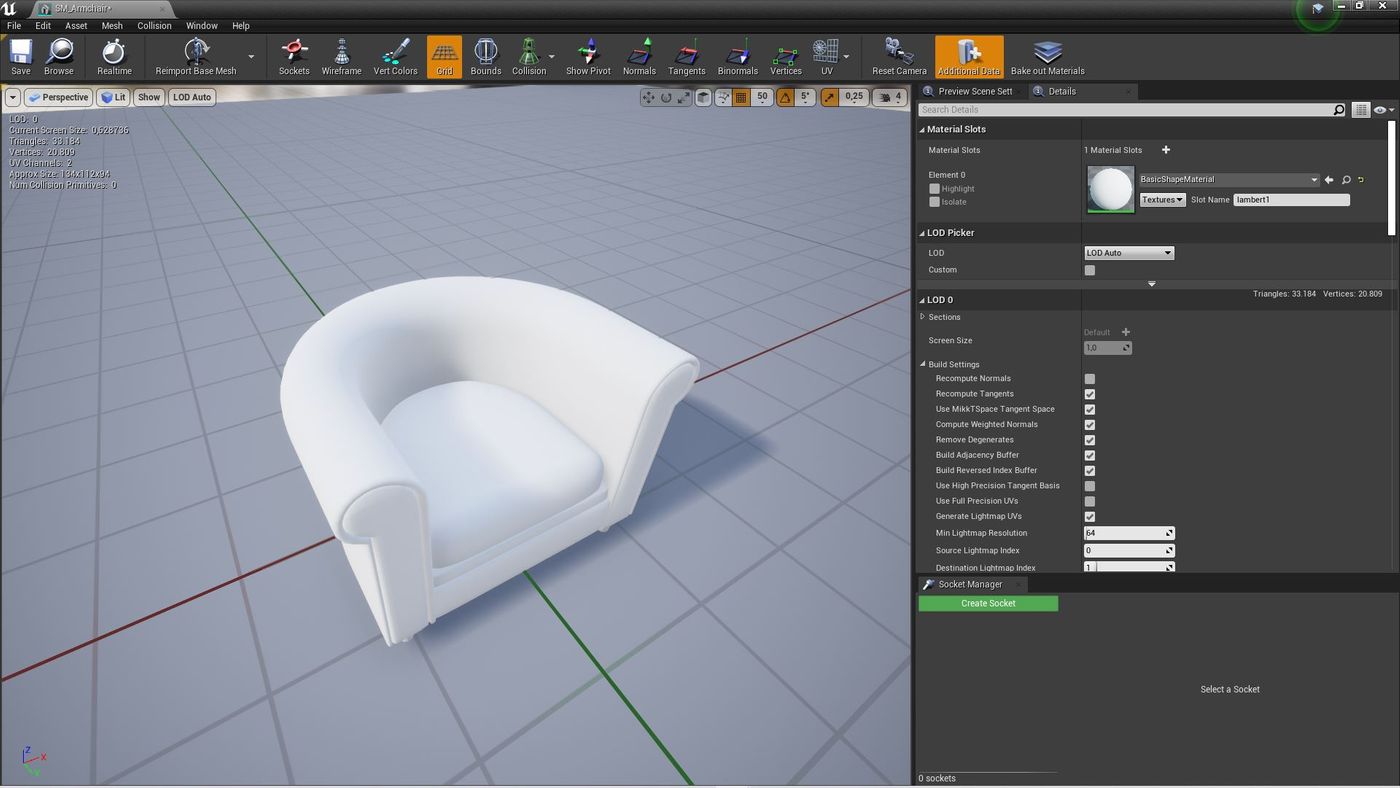 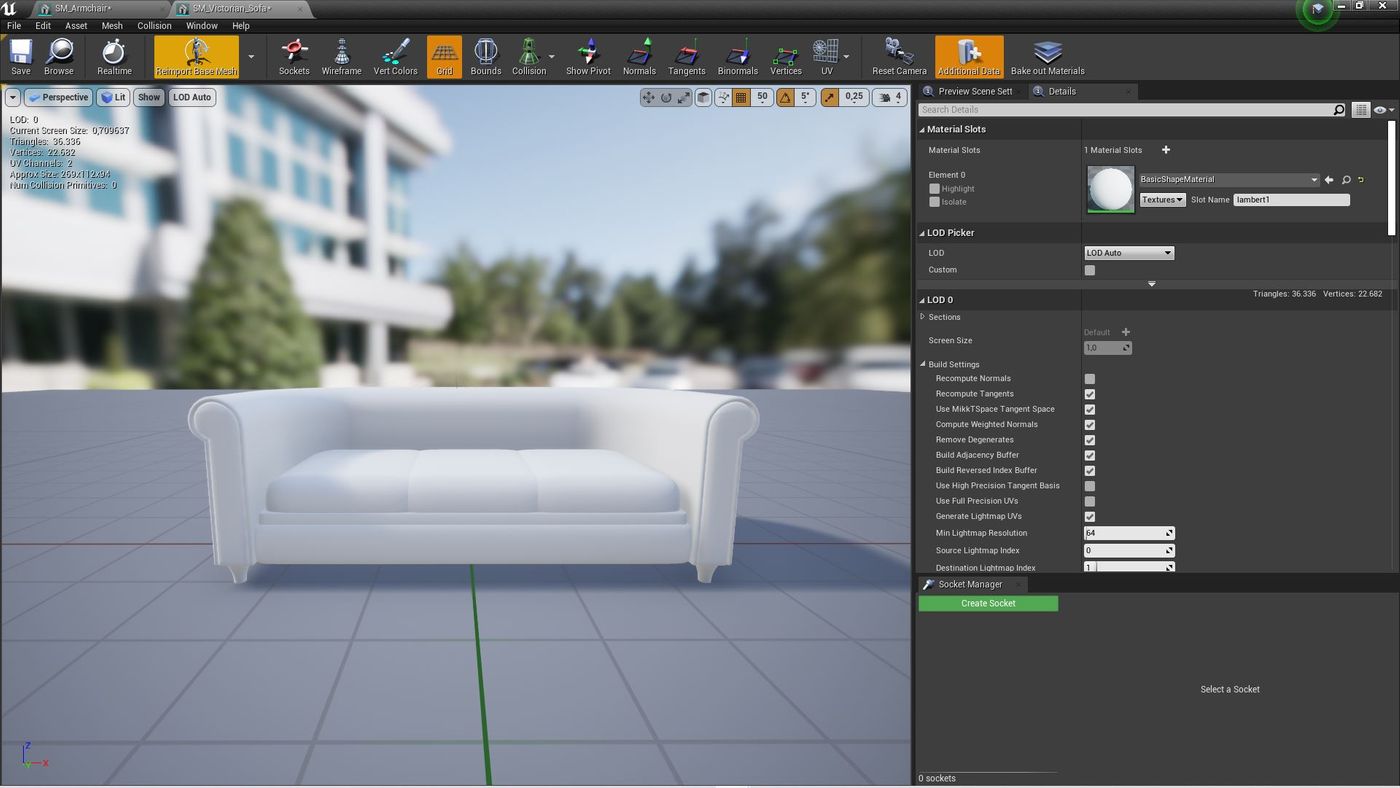 During this week I have been working on the roadmap for the assets I will need to produce and planning all the tasks related to the environment in Unreal that I will have to be working on for 9 weeks.

In addition, I also set out to finish one of the primary assets that would help me to define the mood of almost every asset in my scene based on the storytelling of its textures. 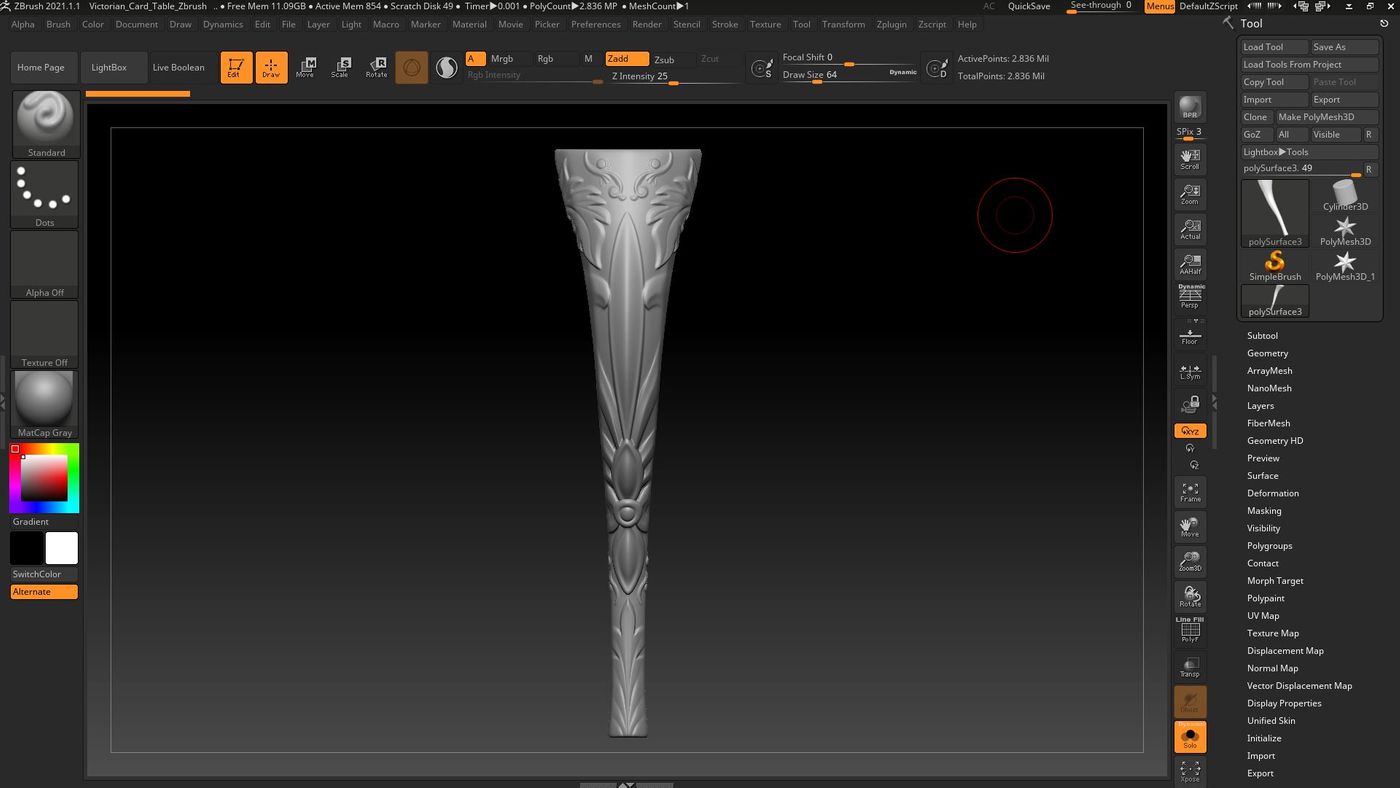 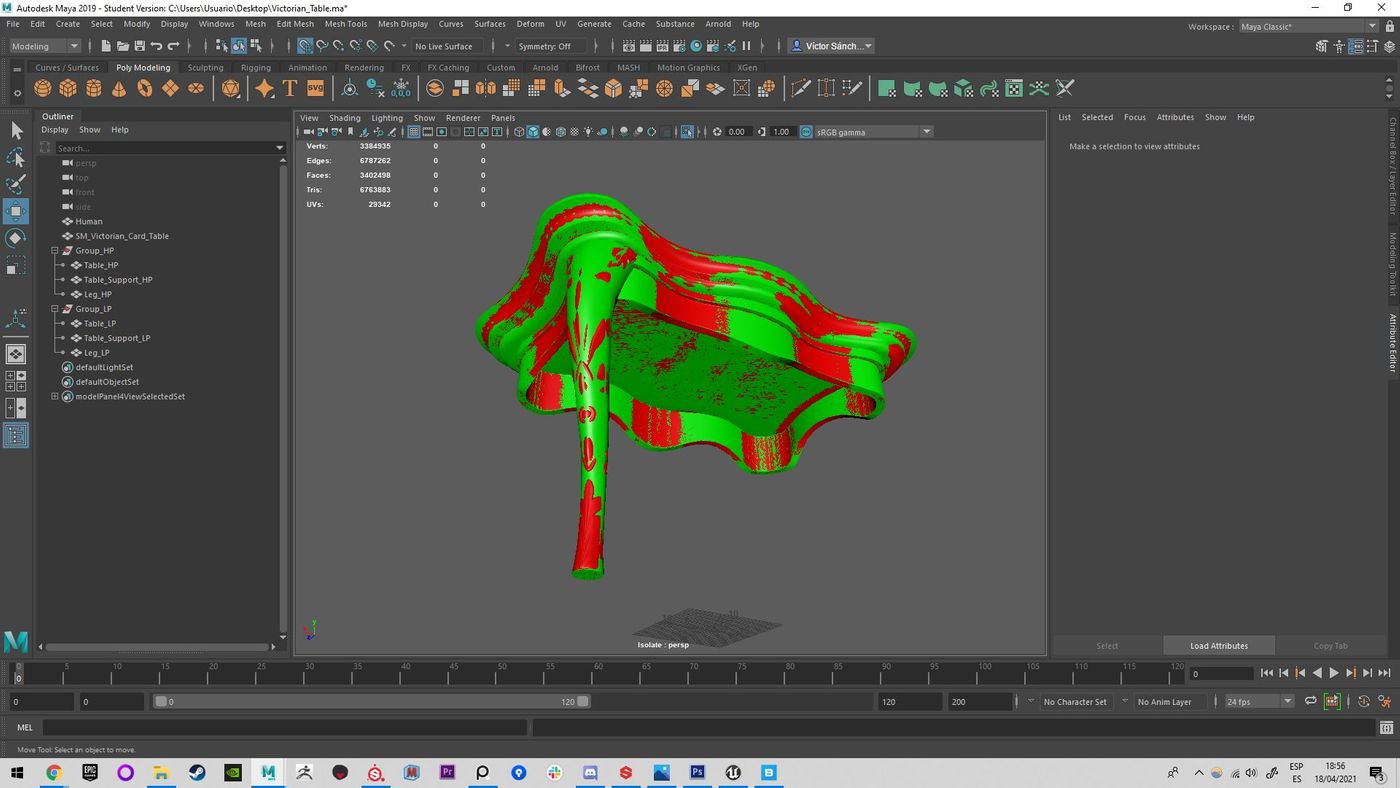 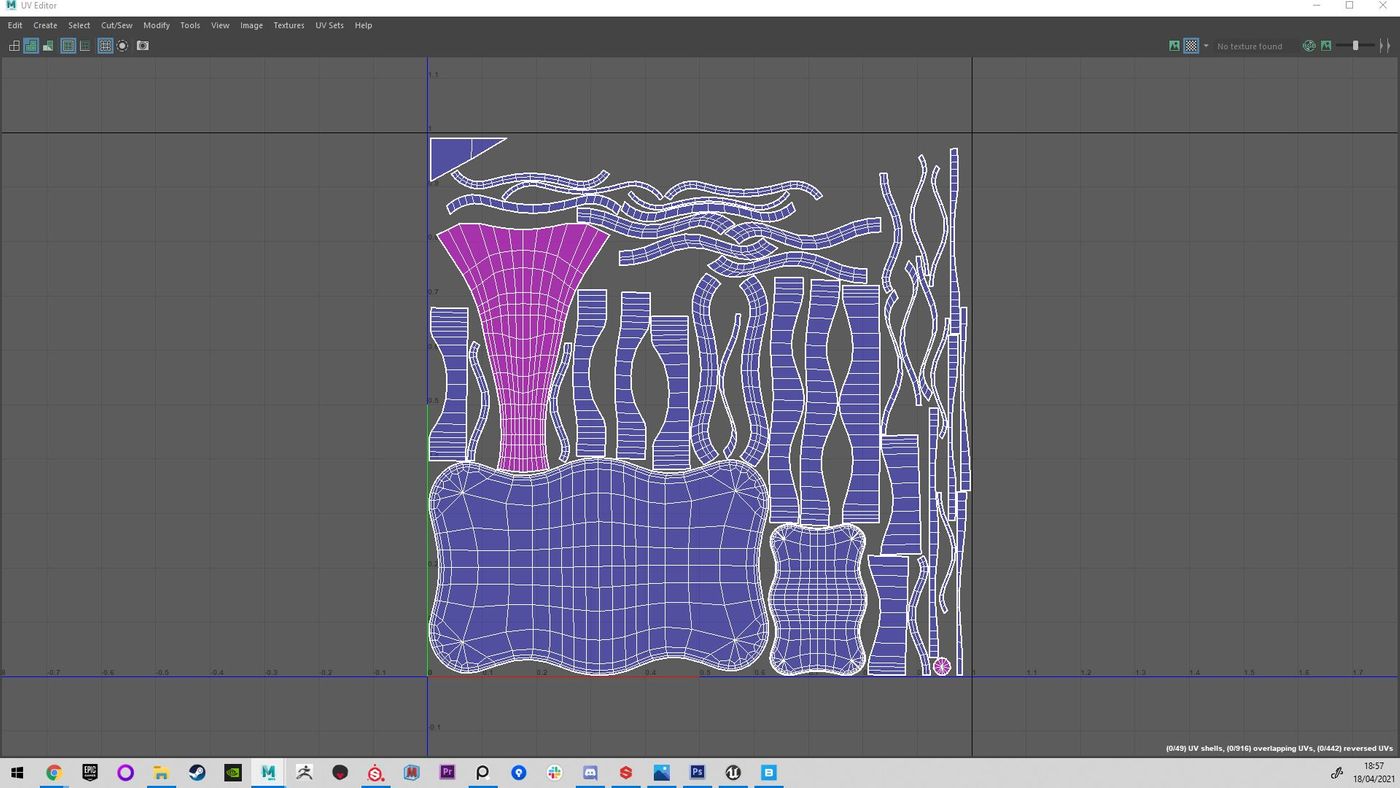 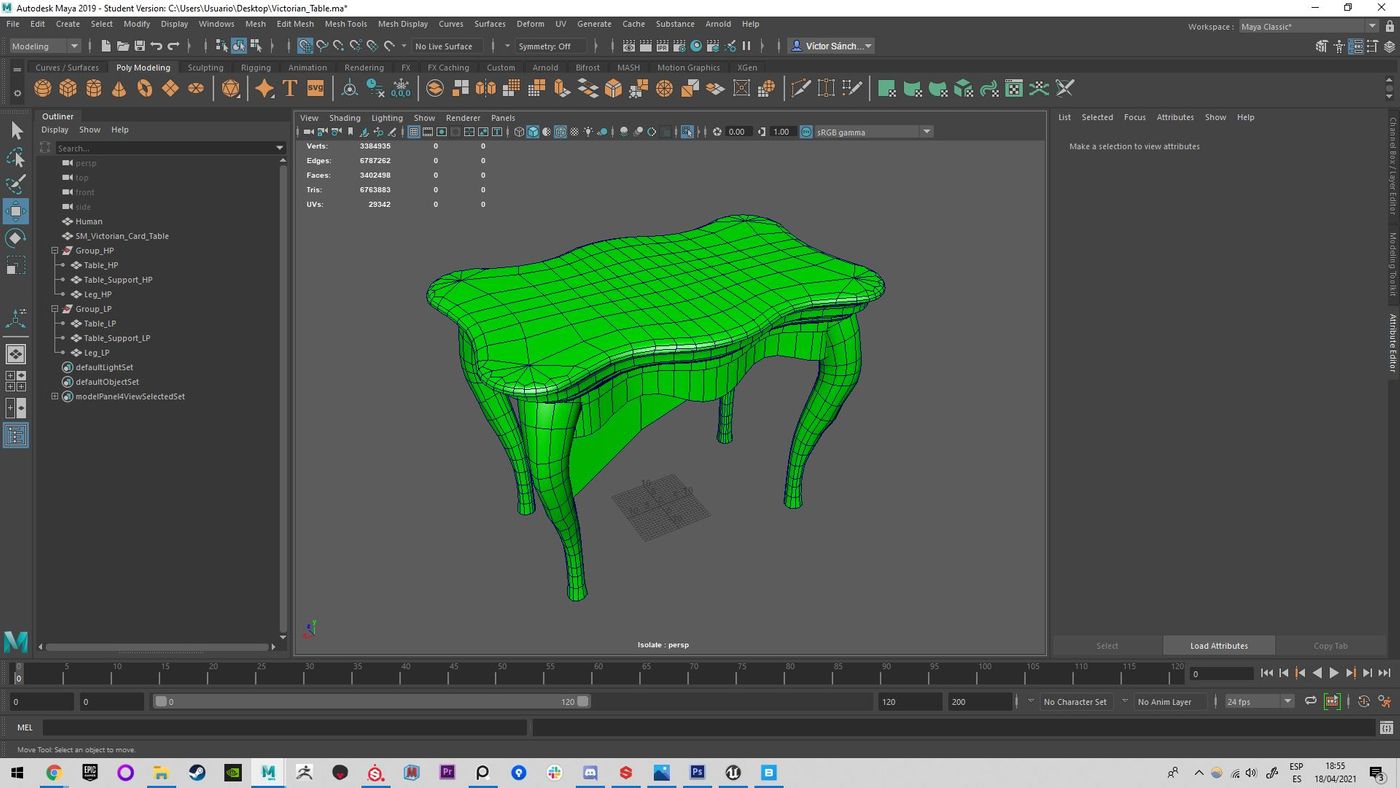 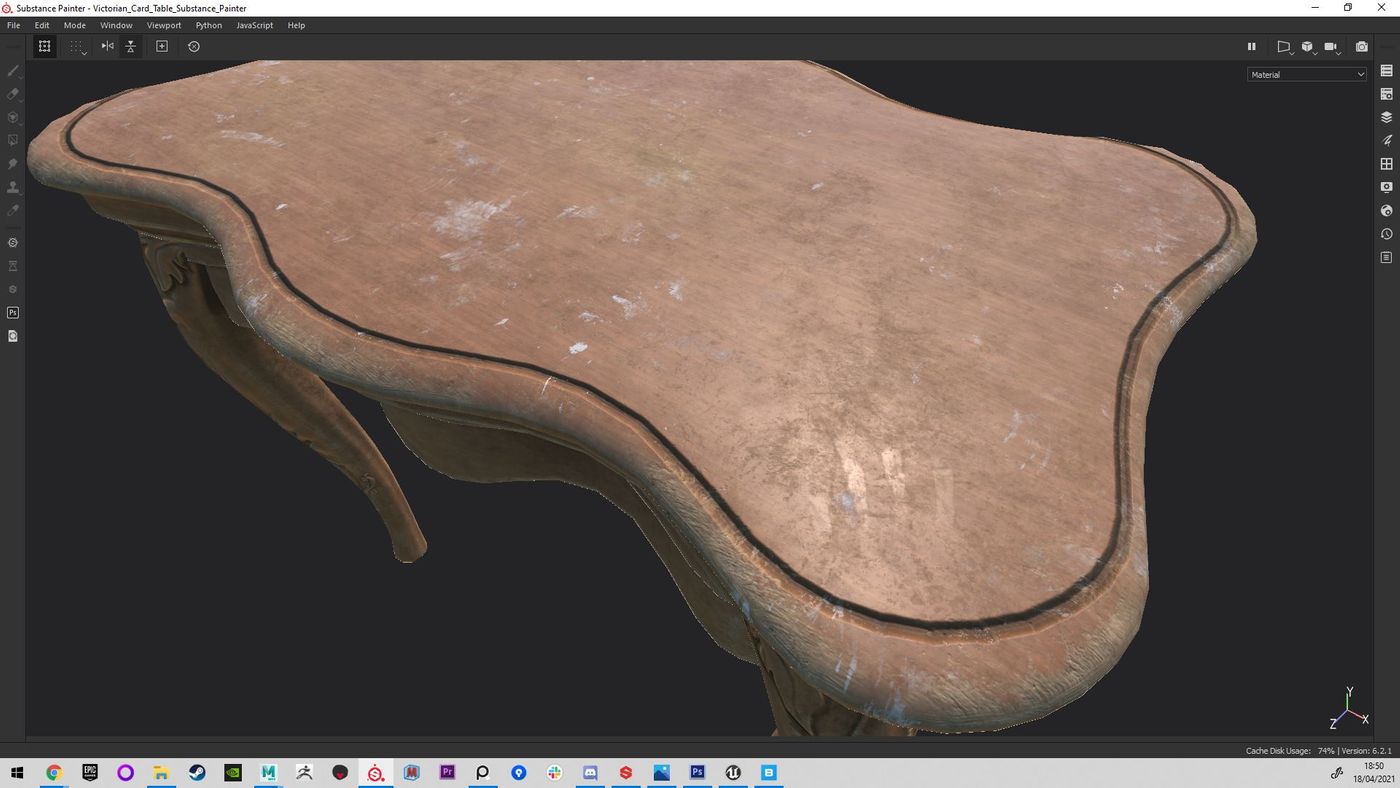 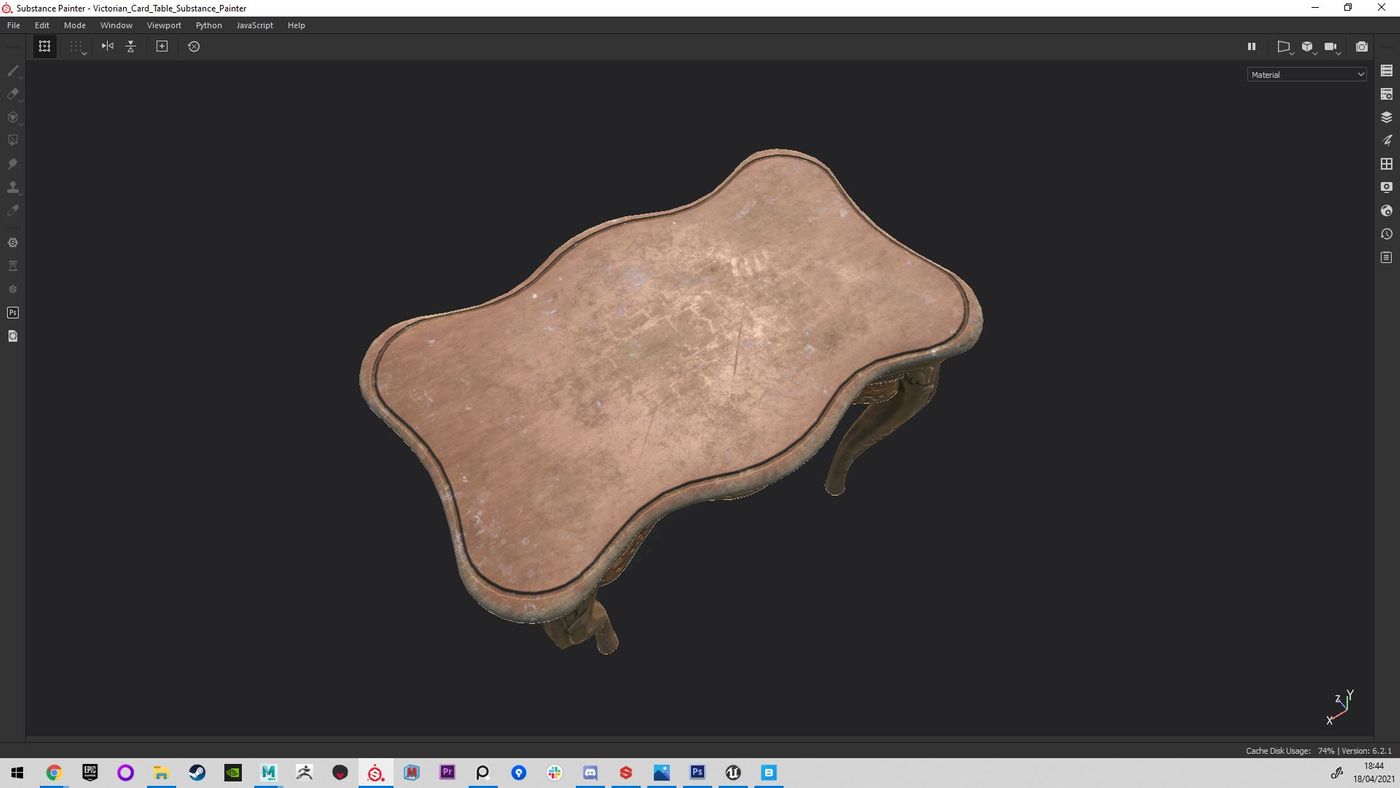 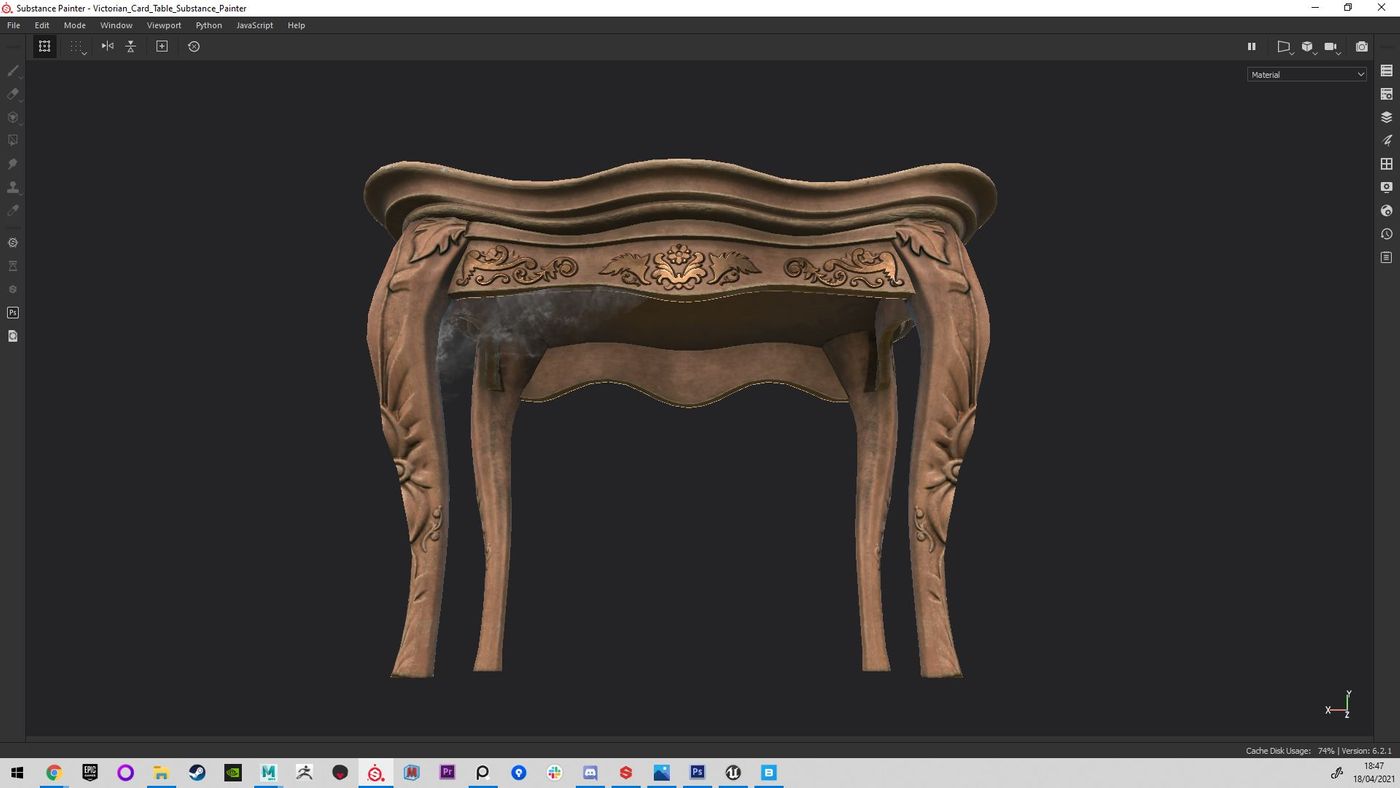 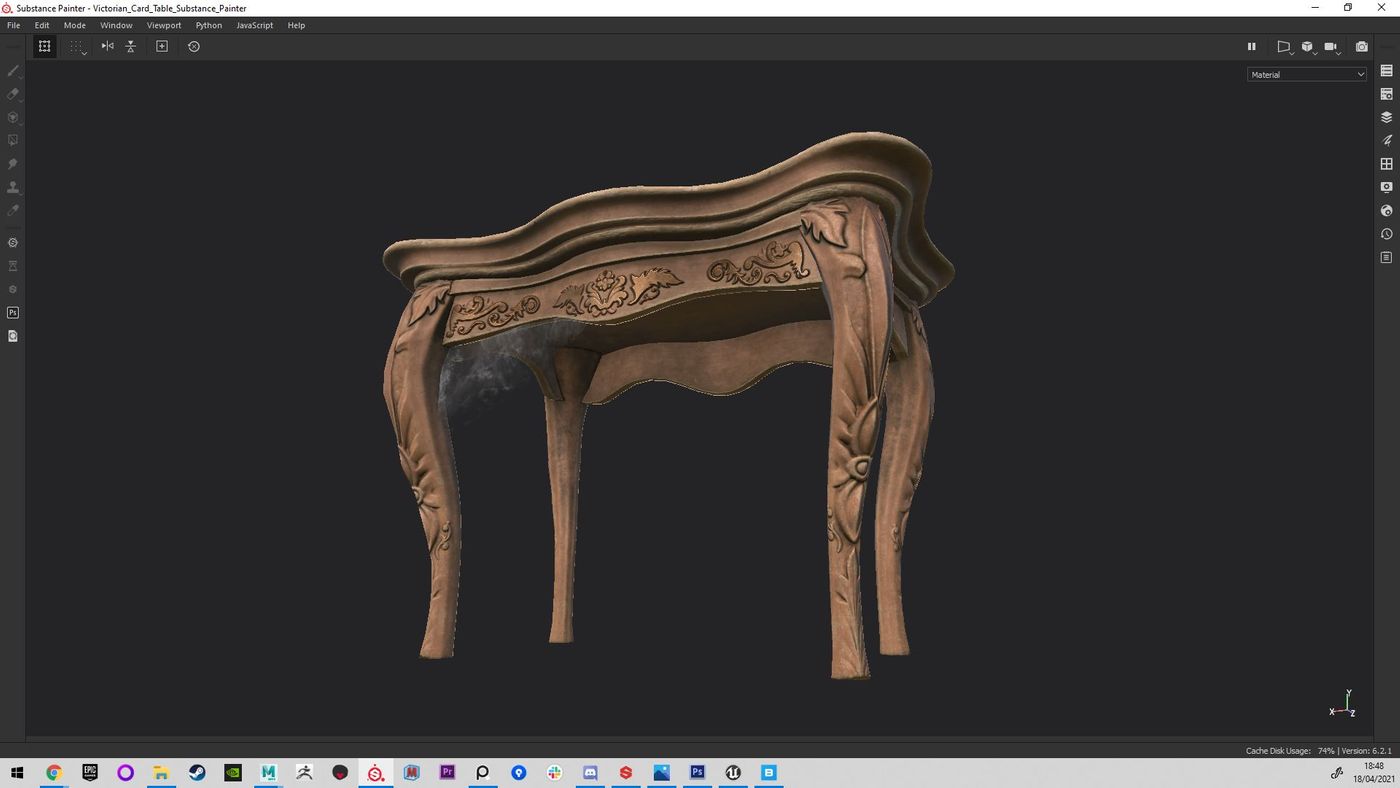 Hi! My name is Victor, I’m 26 years old and I’m very excited to start being part of the Unreal Engine community by introducing “Abandoned haunted mansion” my final project for the videogame graphics master I’m currently taking at UA School in which I’ll be working for the next 2 months.

When I was a child I remember being tormented by frightening nightmares related to haunted houses, which were clearly influenced from my visits to the house in the village where my grandparents lived during summer.

For some reason, despite the fear I felt at that time, from very early on I began to be attracted to everything related to mystery, paranormal events, life after death and a multitude of esoteric subjects that usually escape human reasoning and understanding. I used to listen to the radio programs with my father and sister and talked with my friends at school about urban rumors that circulated about the Ouija.

It may seem strange to those who don’t really enjoy horror, but many of us love that adrenaline rush that triggers a feeling of excitement, euphoria and reward induced from our neurotransmitters that keeps you on your toes all the time making you want to stay focused and alert.

Having said that, my idea is inspired precisely by that overwhelming sensations that both my nightmares and games like Silent Hill, Resident Evil, Outlast, The Evil Within or Layers of Fear among many other titles have made me experience over 20 years playing video games. My goal is to make anyone feel something similar visualizing this environment and interacting with it.

The architecture and furniture of the scene will have a Victorian style (19th century), for which it will be very important to define well the sculpting in Zbrush and the texturing in Substance Painter in order to replicate the ornamental details so characteristic of the period. Once the first results are reached, the next step will be aging and dirtying everything to make it fit in a dark, cold and gloomy environment. 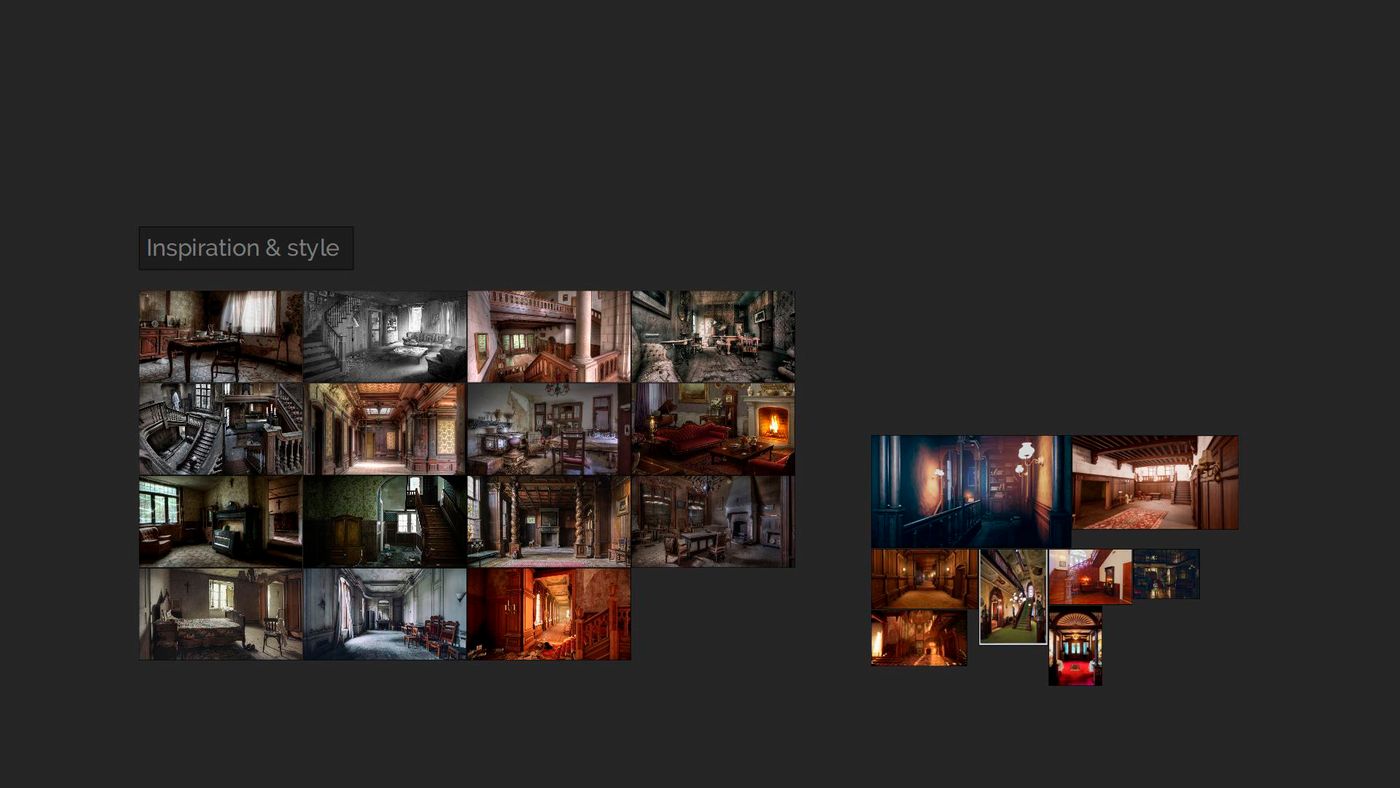 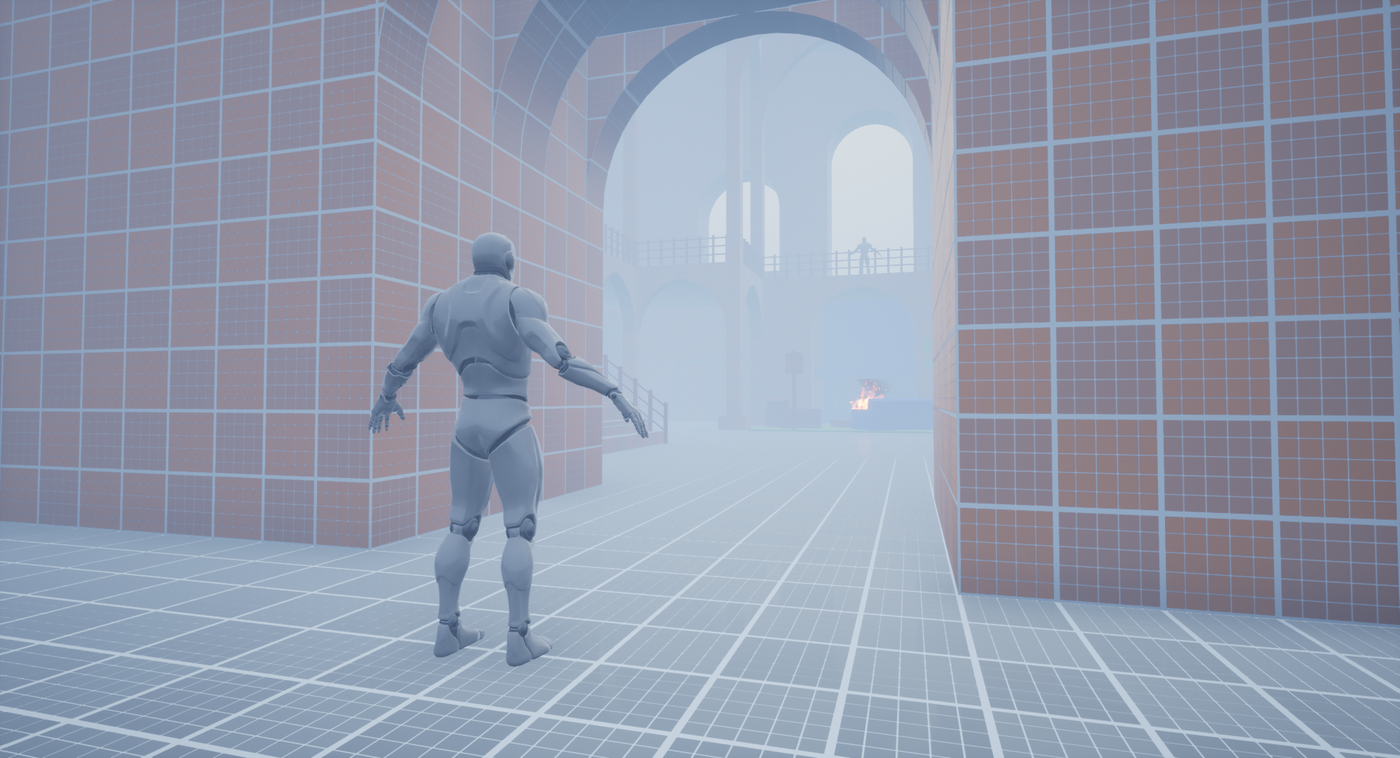 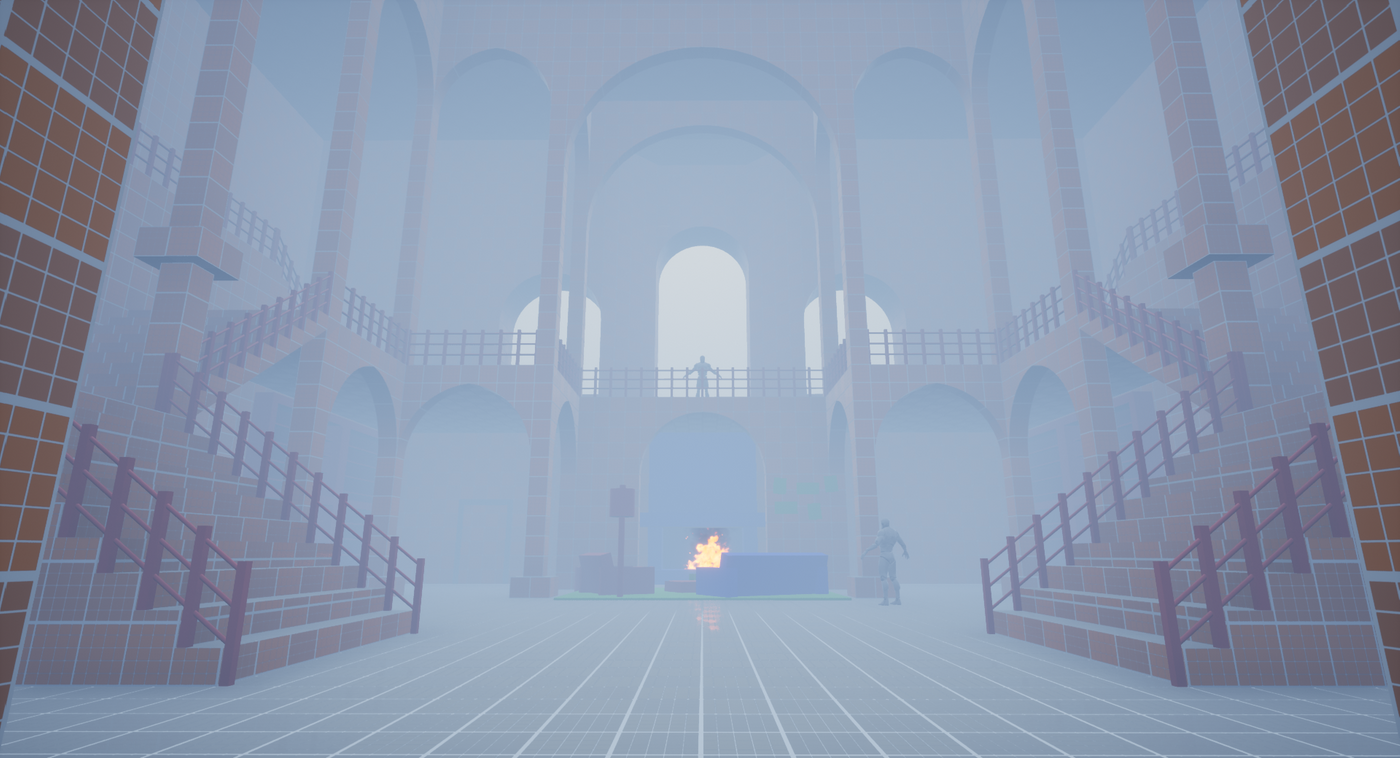 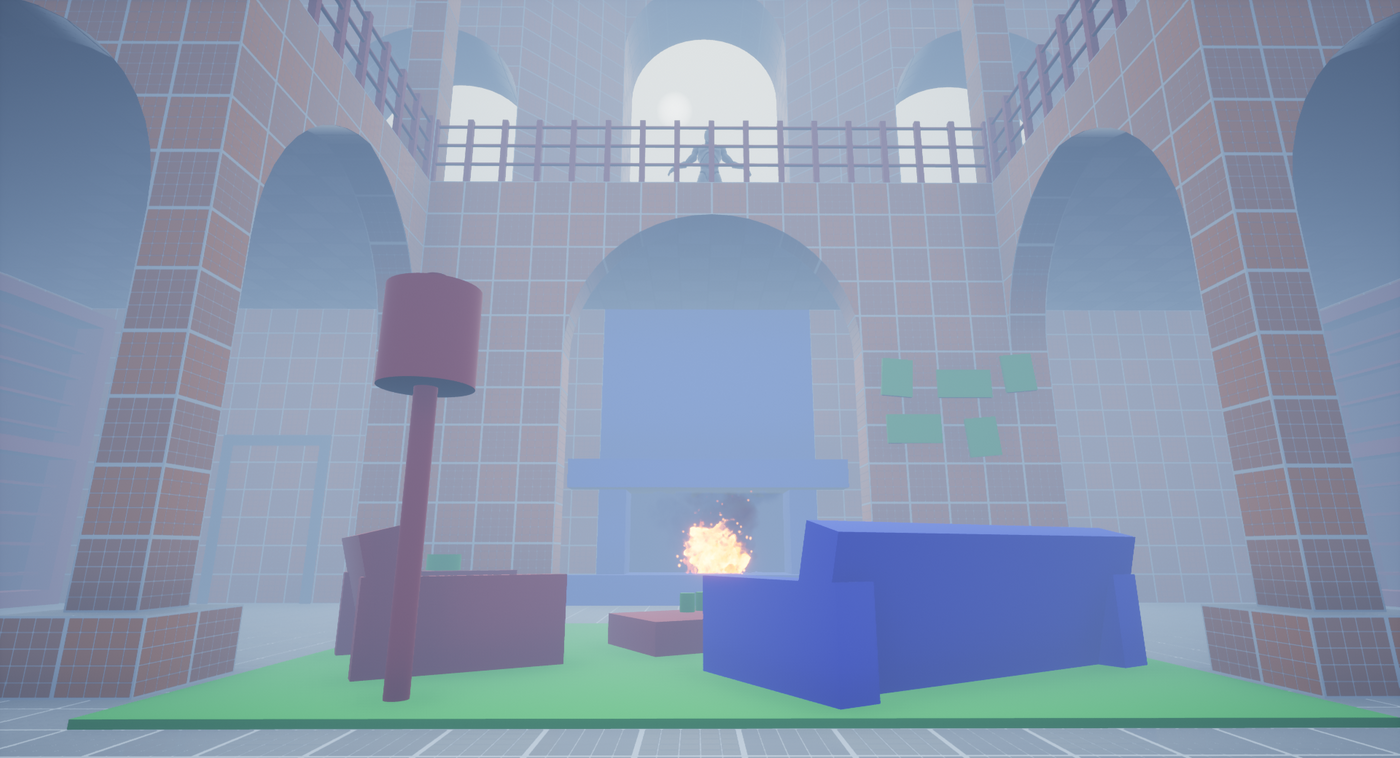 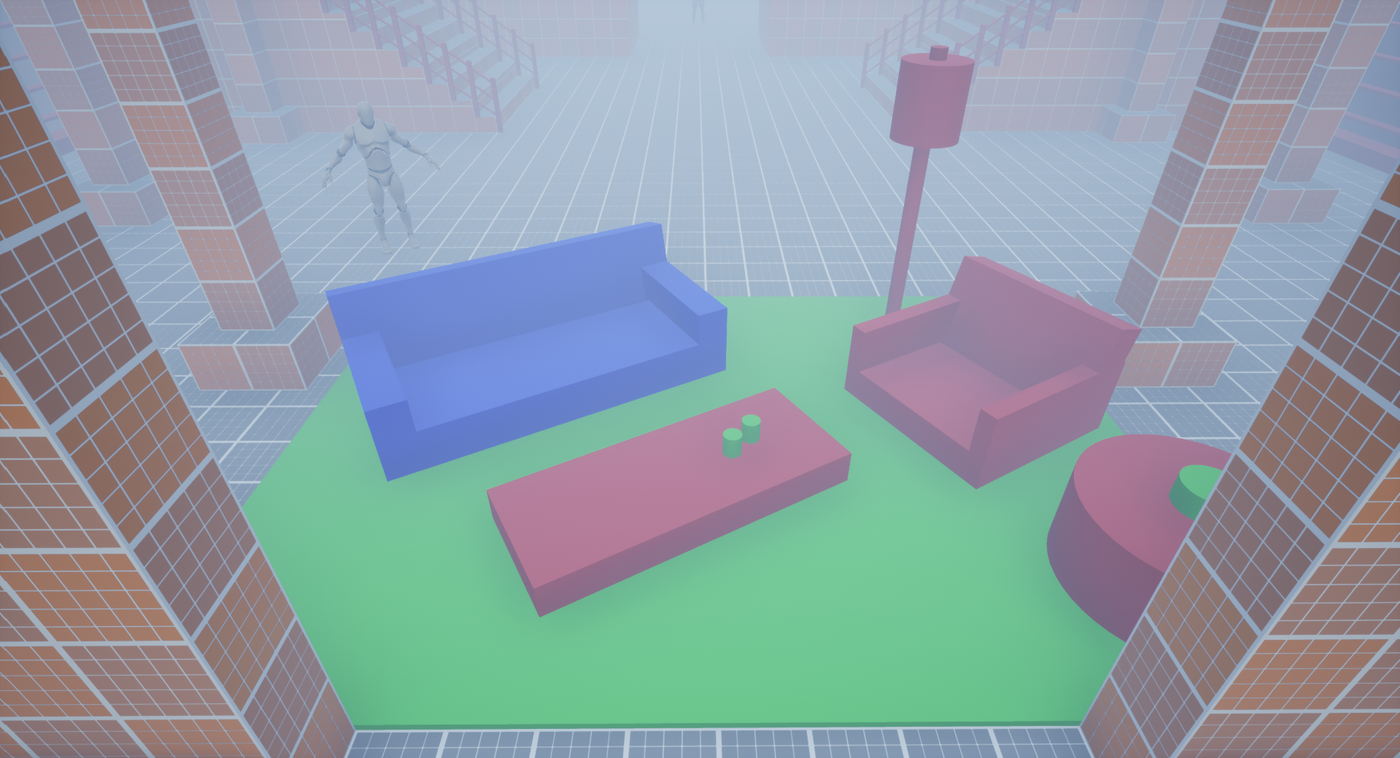 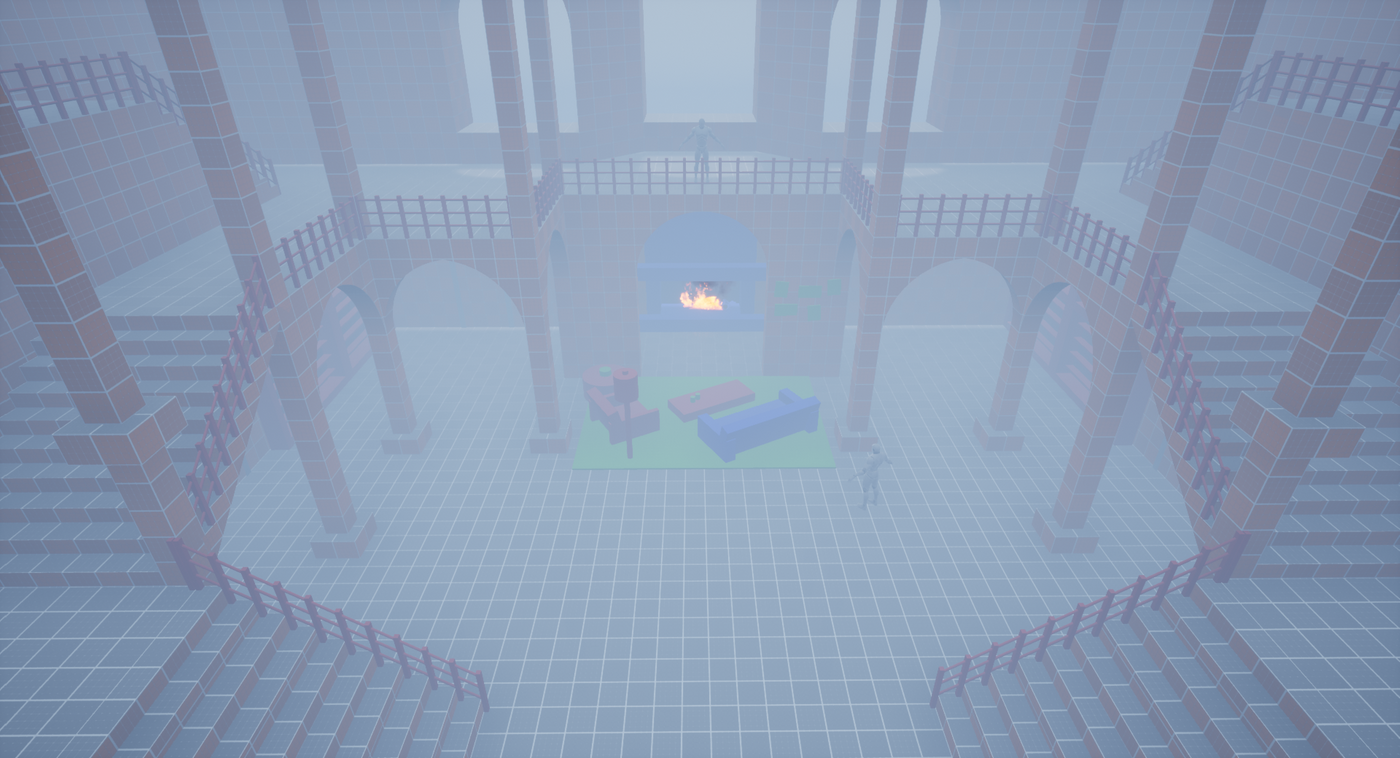 As I have gone through the process, I have realized that there may be ceilings that need to be lowered and too wide areas that I will have to reduce before importing the final assets.

I would be happy to get feedback during the process of creating my environment. :) 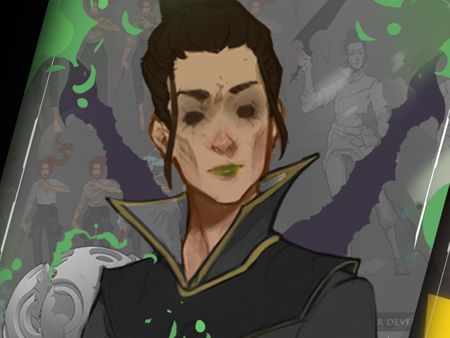 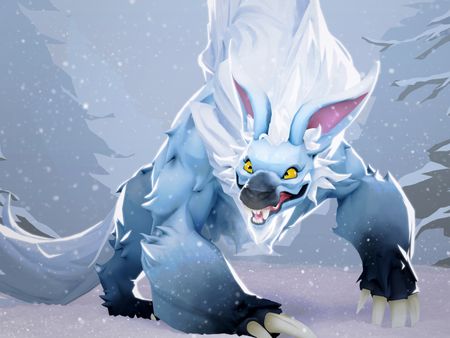 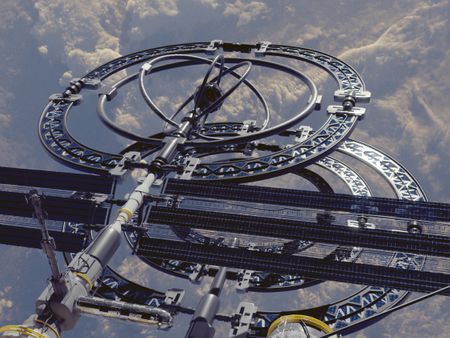