This was a mix of 2 projects that had originally been intended to be 2 separate projects. It's based on a character in my dungeons and dragons game. This is Kira in the Basalt Caves of Rohesa.

This project was originally 2 separate projects. The first being a character based on my girlfriends dungeons and dragons character Kira. However, after completing it I felt it would look a lot better placed into an environment. It was a few months later that I made a quick modular set of basalt columns based on a location that my dungeons and dragons party went to in game. From there I made a small scene inside of marmoset with Kira in it. Below you can see the final shots. 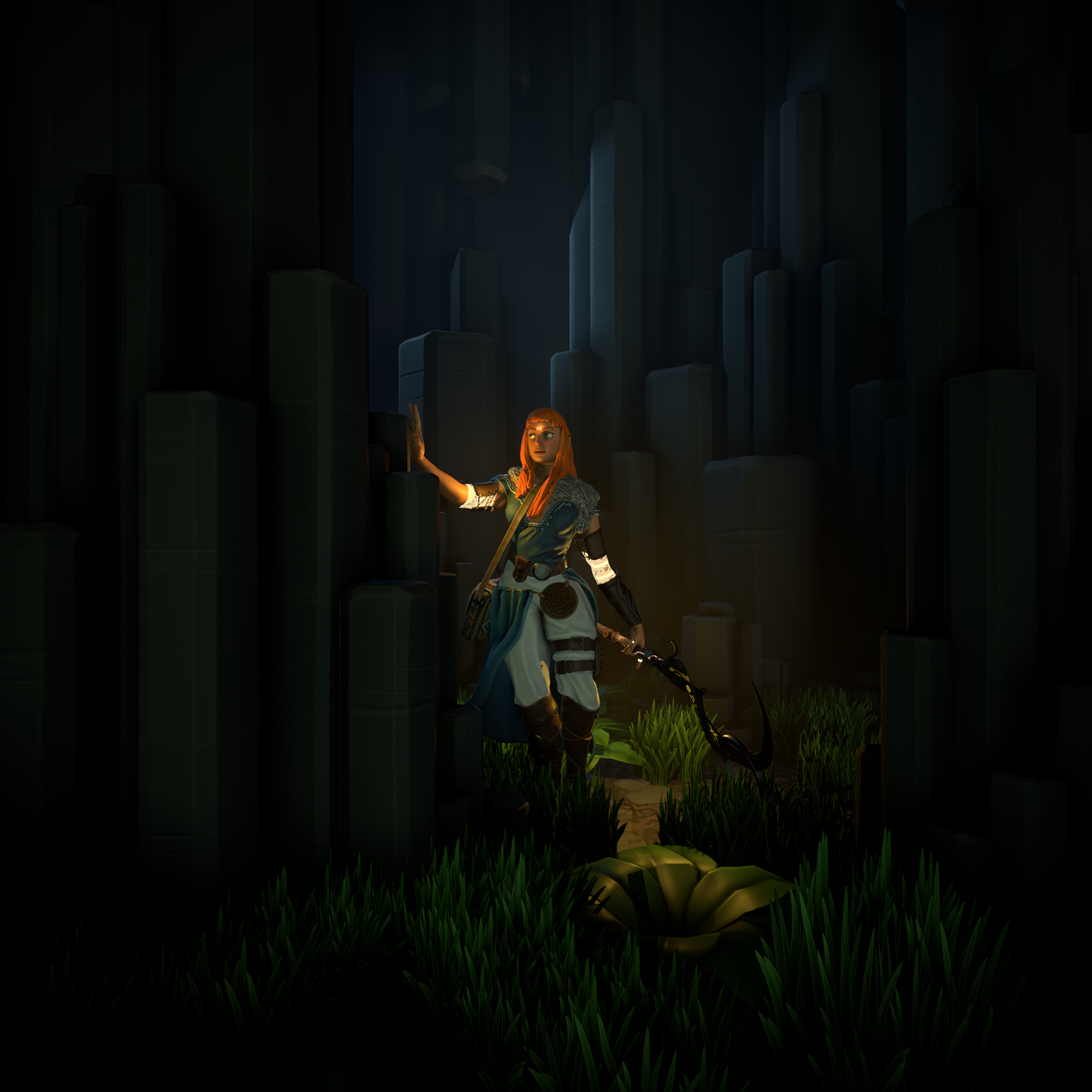 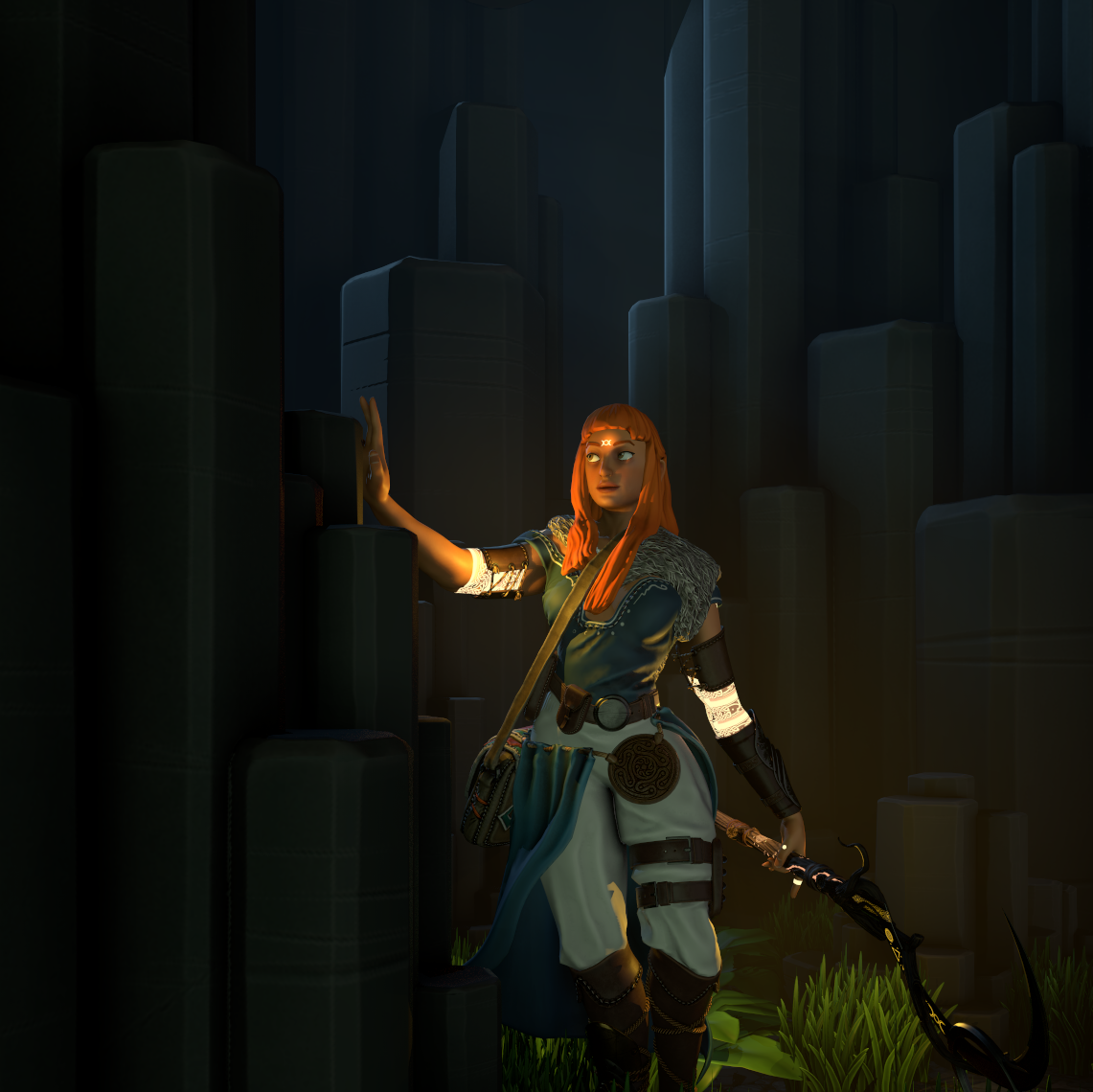 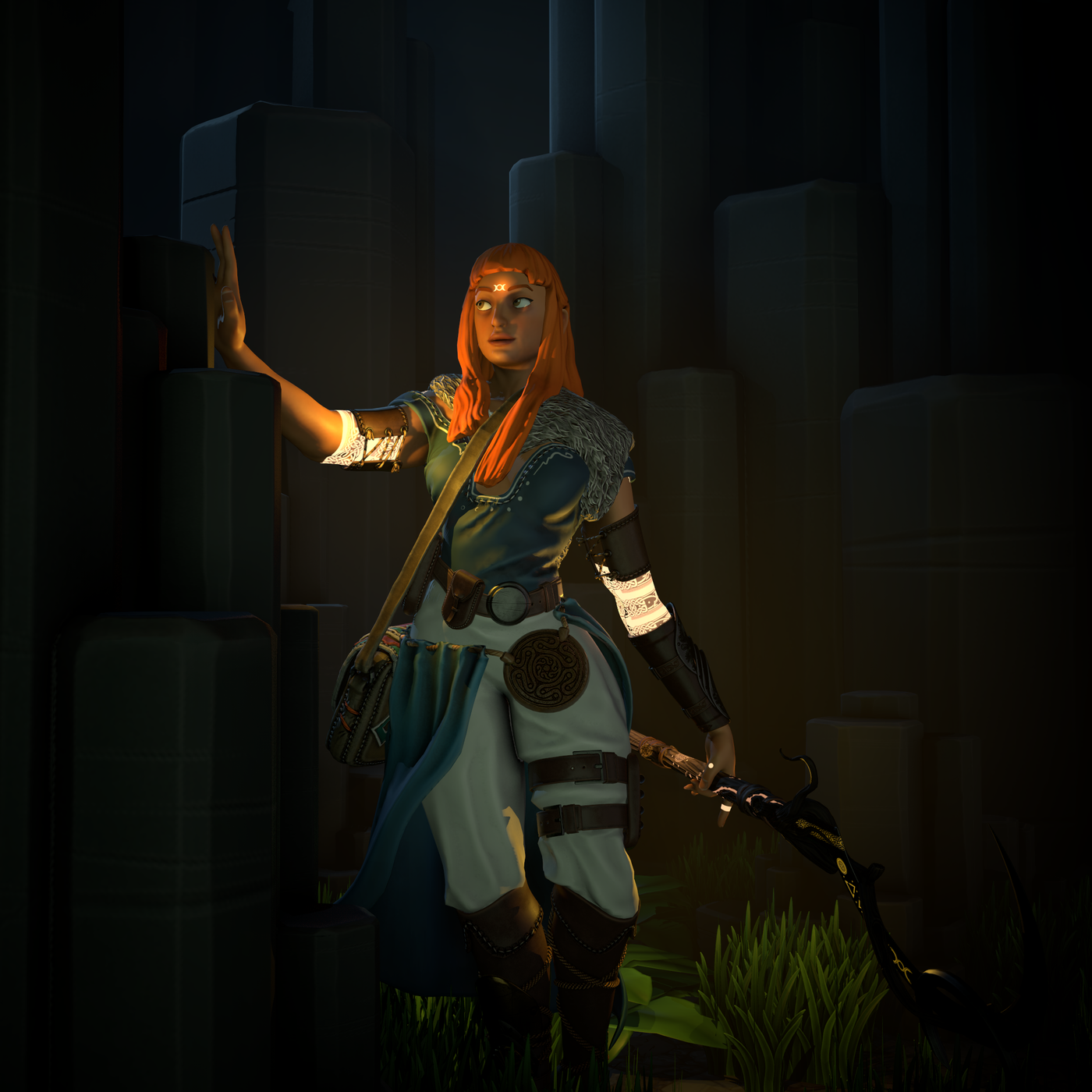 The columns were a quick enough asset to make. After making a hexagon in maya I just made small clusters and brought them into zbrush to be sculpted on. After which I baked them in substance painter and used some simple curvature generators and baked lighting to get the stylized look I was going for to match the grass and ground texture. Below you can see the column that I made that could then be squashed and stretched and combined to make other variants. 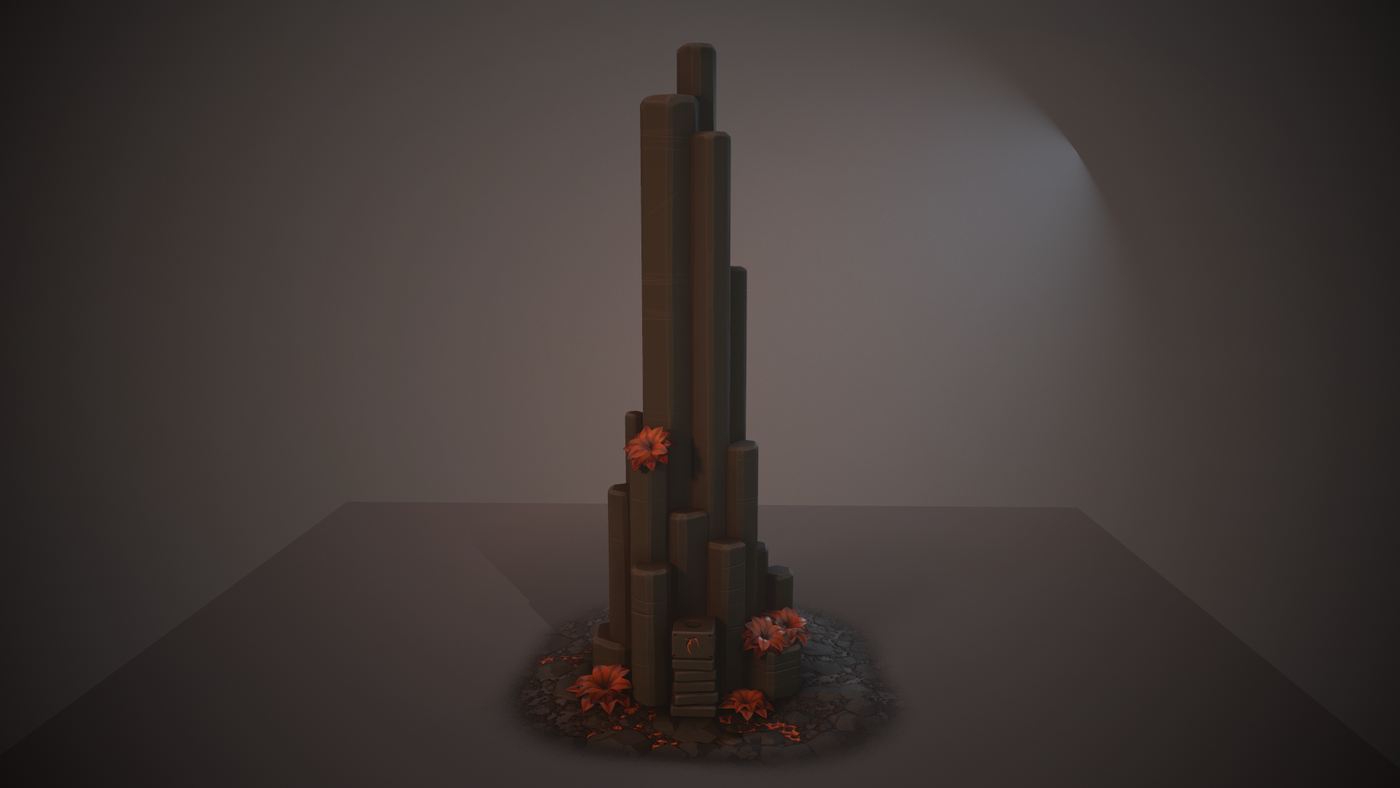 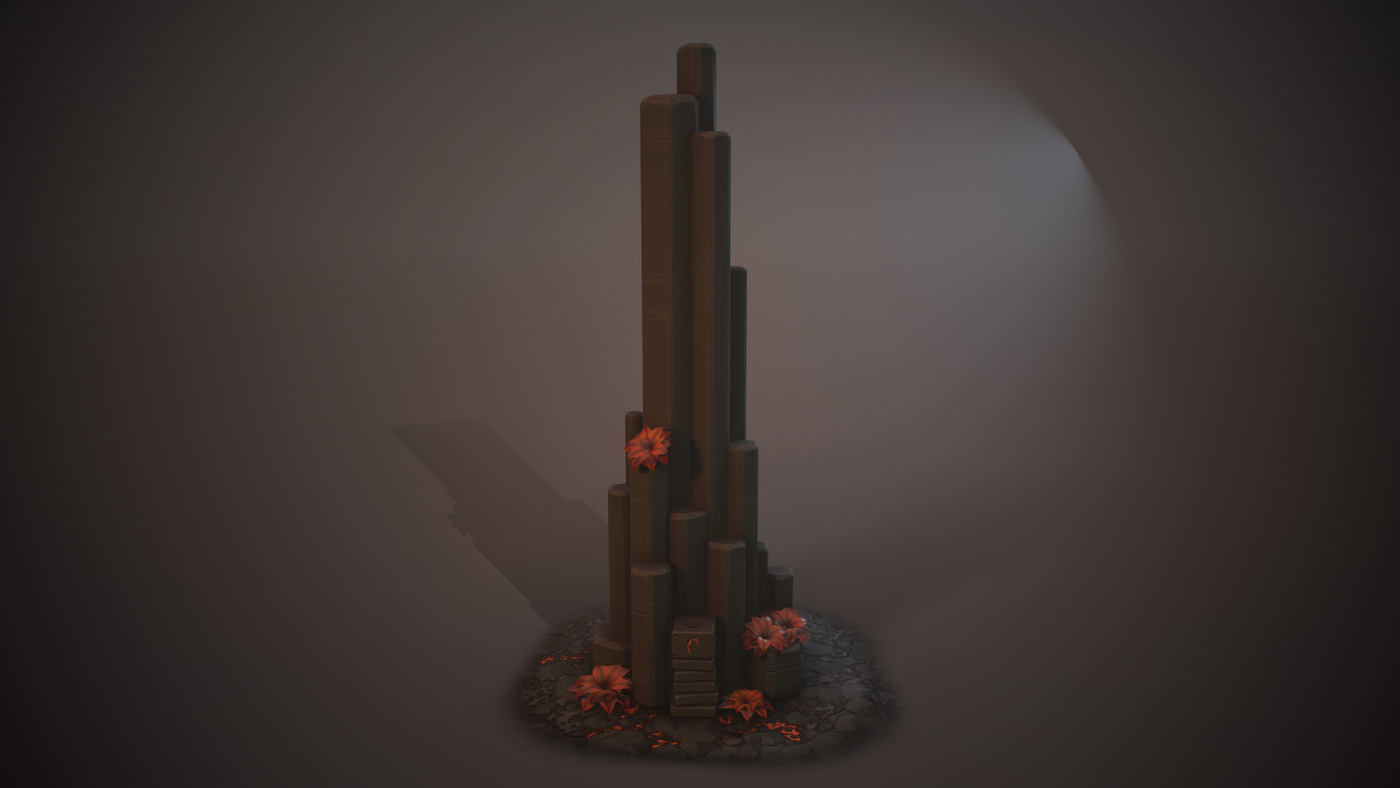 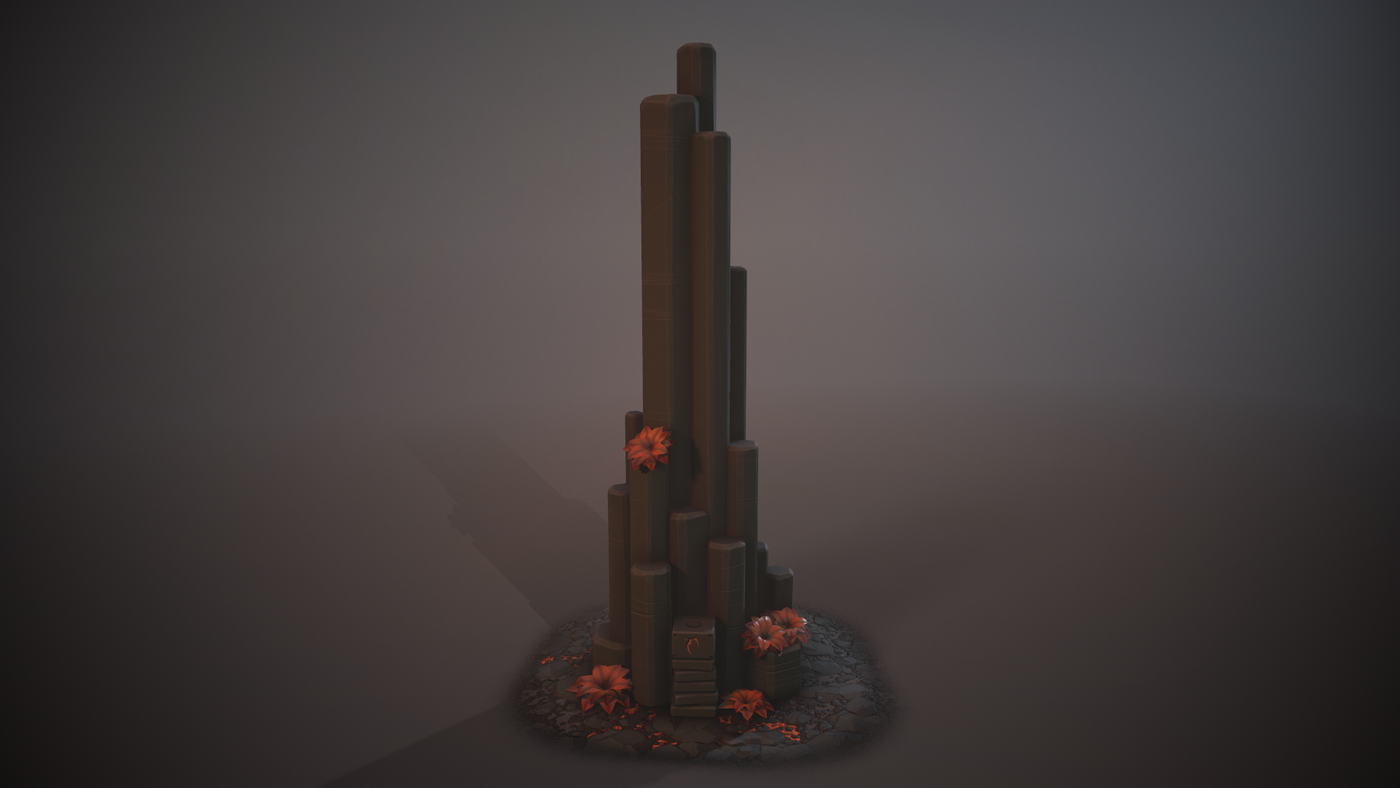 I used this project to help me improve my skills with organics, which is a skill that i've been ignoring for quite some time. I used a new method for creating grass and plants that I hadn't done before. Here are a few shots of the plant tests. along with the basalt columns. 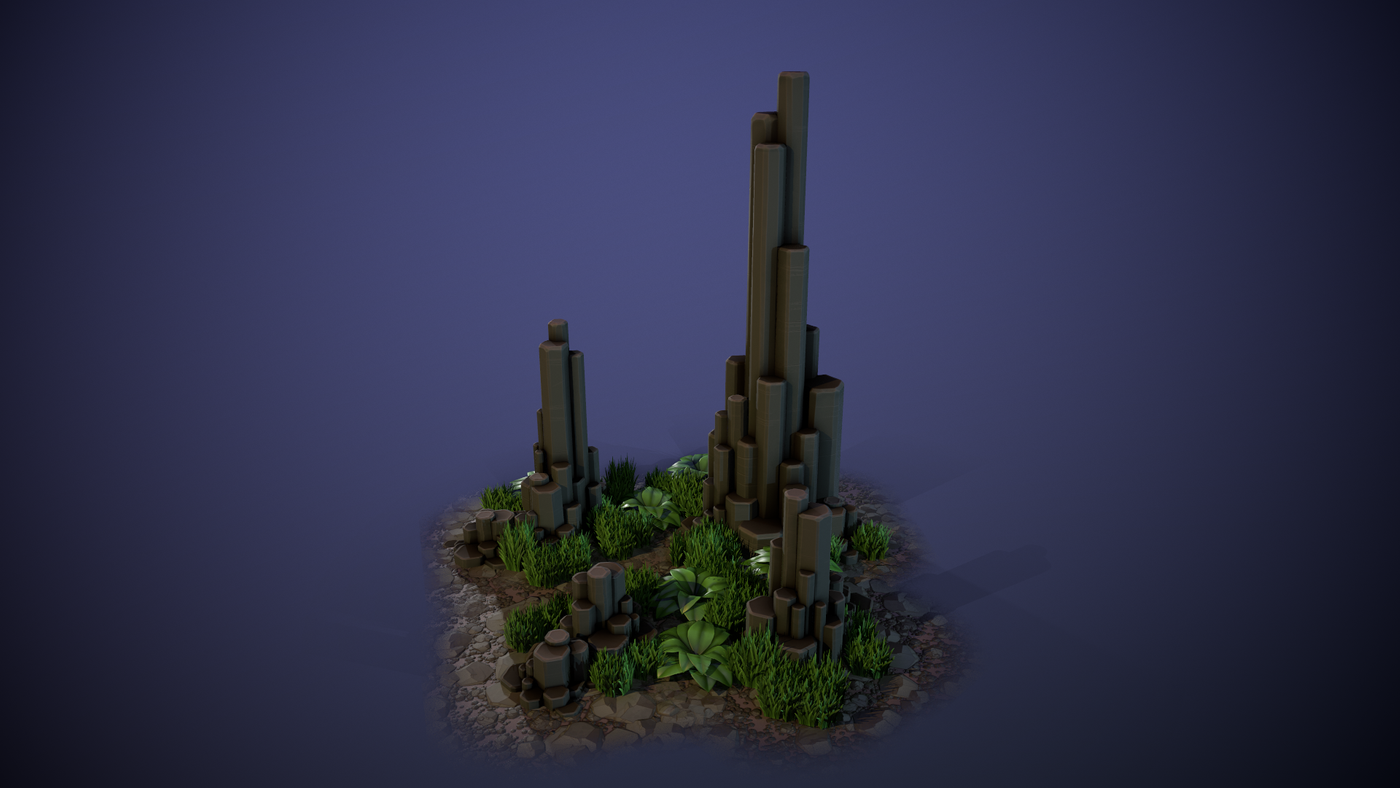 The Kira model was a much longer process. I used the same workflow that I have been refining for other character models I have been making. Based on the standard game asset high to low workflow, I used this to achieve a stylized look for the Kira character. It is one of the first large characters that I have made and I'm happy with the result however the issues I found in making it have made me far more aware of what to do and what not to do for future characters. Mainly the mistakes I made were in posing too early and not using the TPose master in ZBrush but instead just using the move gizmo. In the future I intend on the using the T Pose Master along with posable symmetry to achieve the intended look. Below are some renders of the Kira model before being added into the scene. 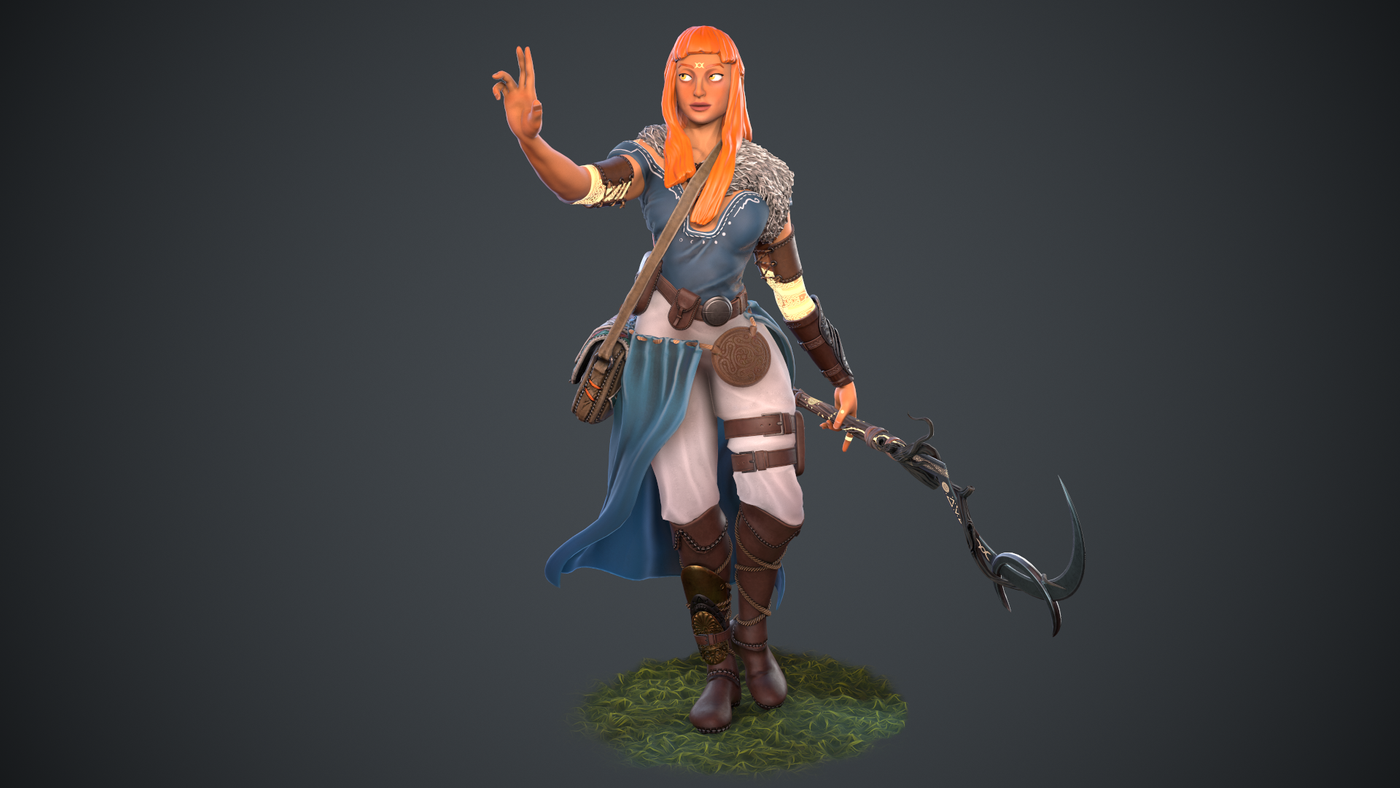 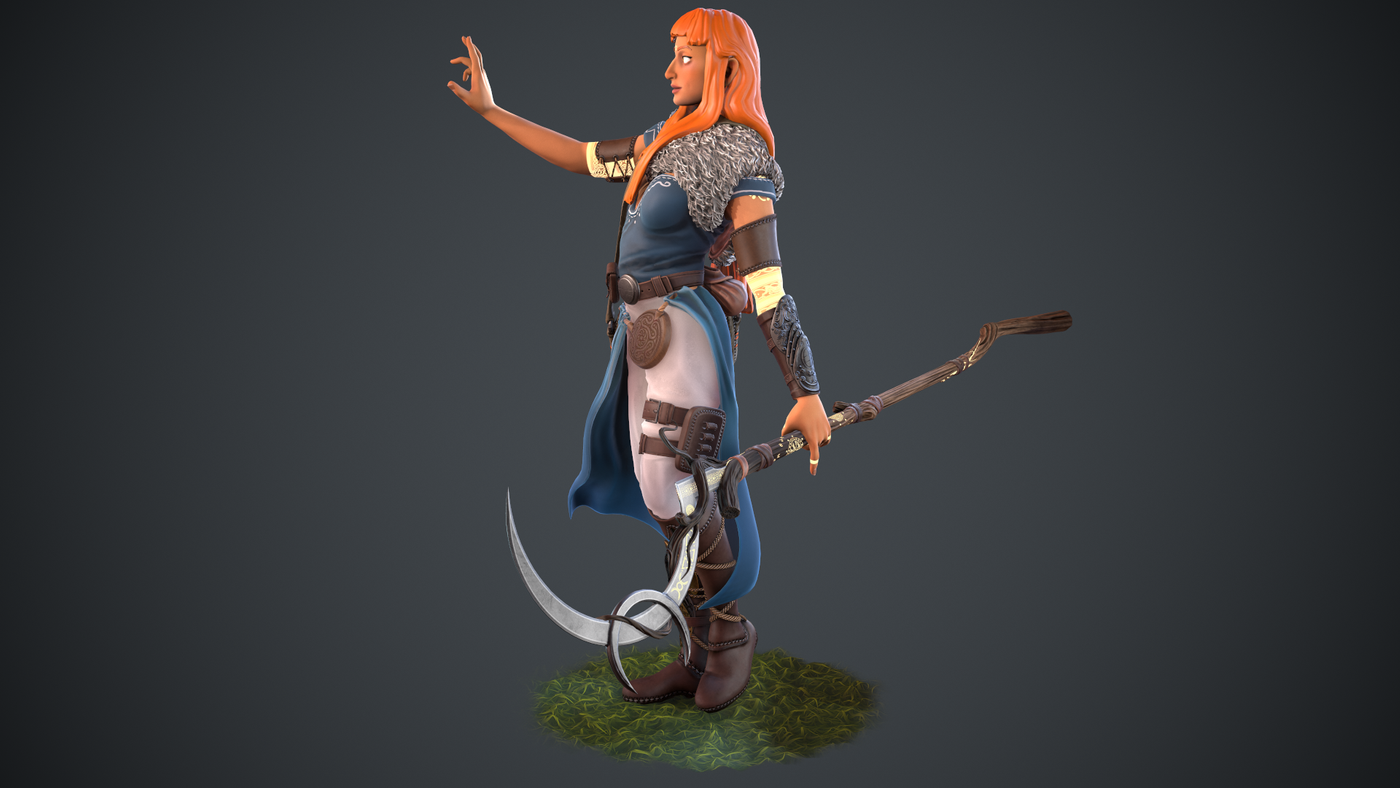 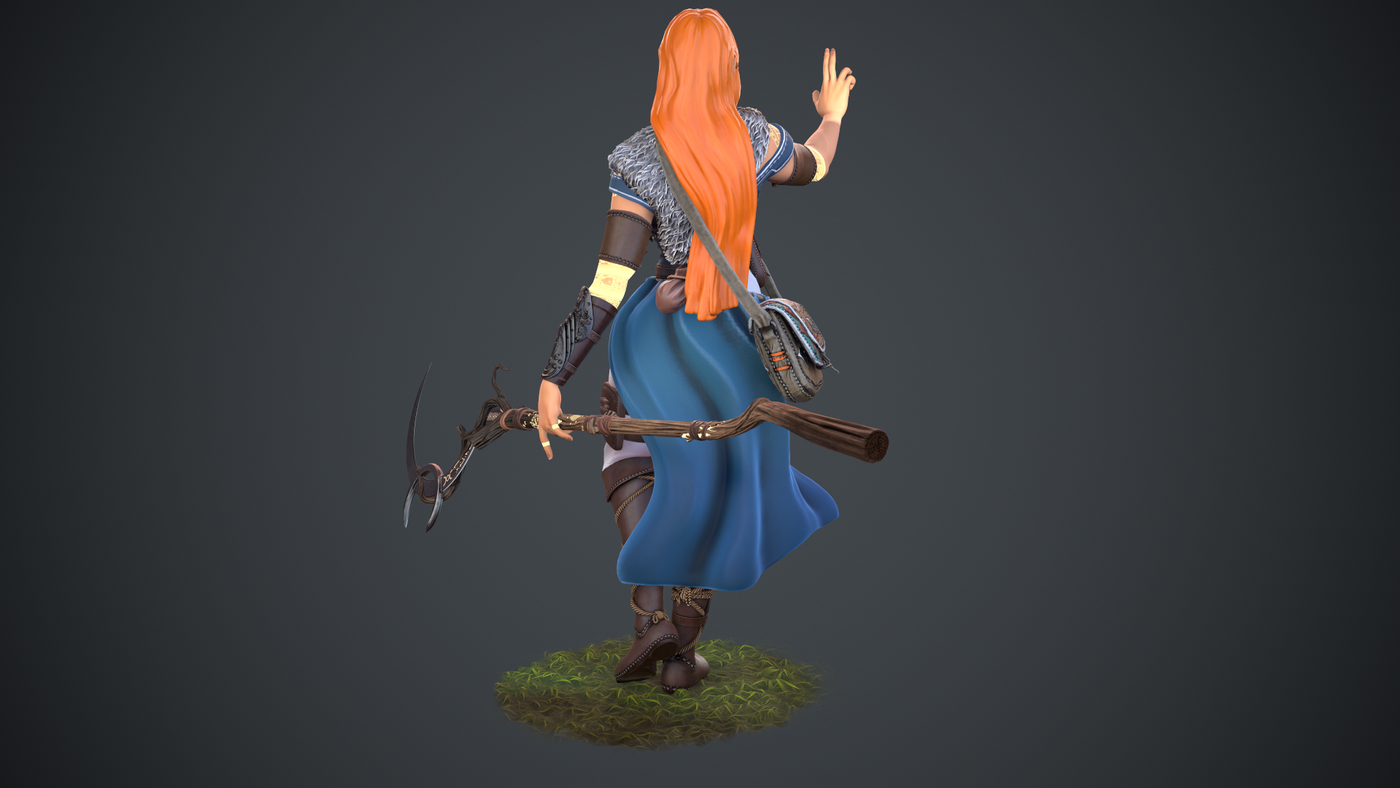 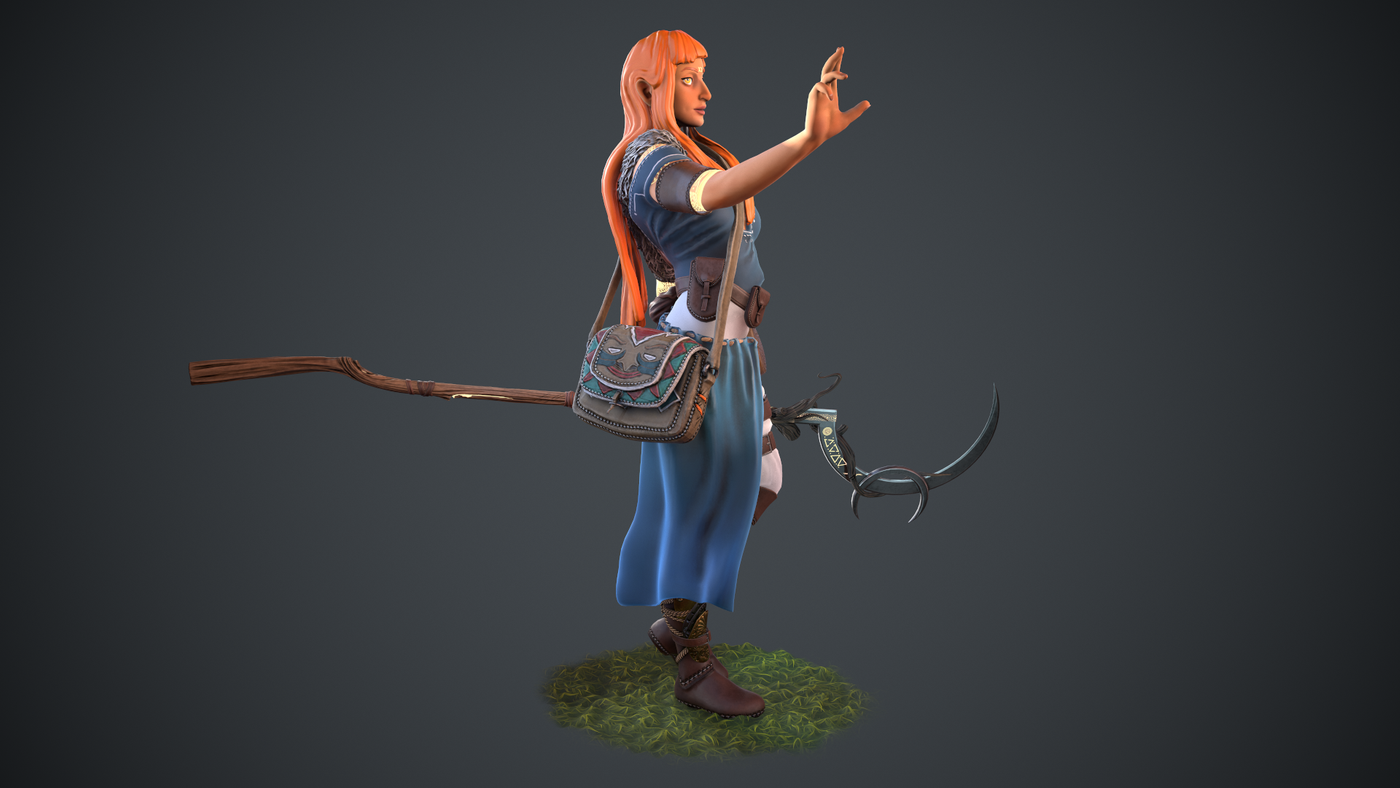 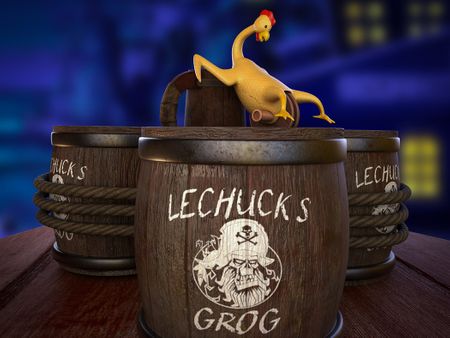 ...what possible use could that have? 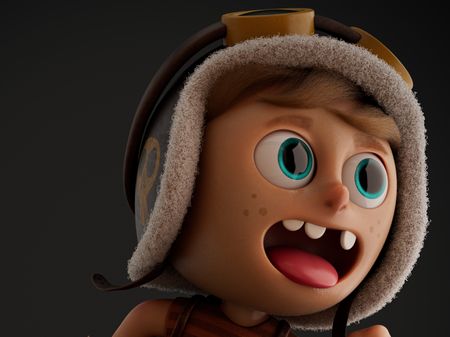 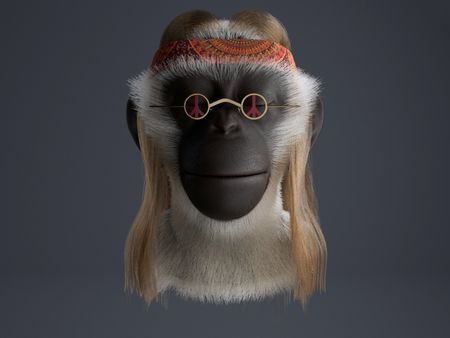