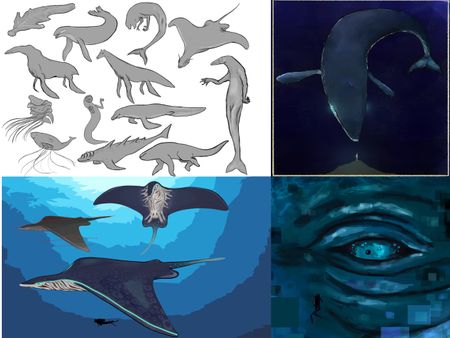 Some various pieces of artwork and designs based on the theme of Underwater creatures. I like designing new concepts but I also had a lot of fun painting some nice visual stories and exploring my style. 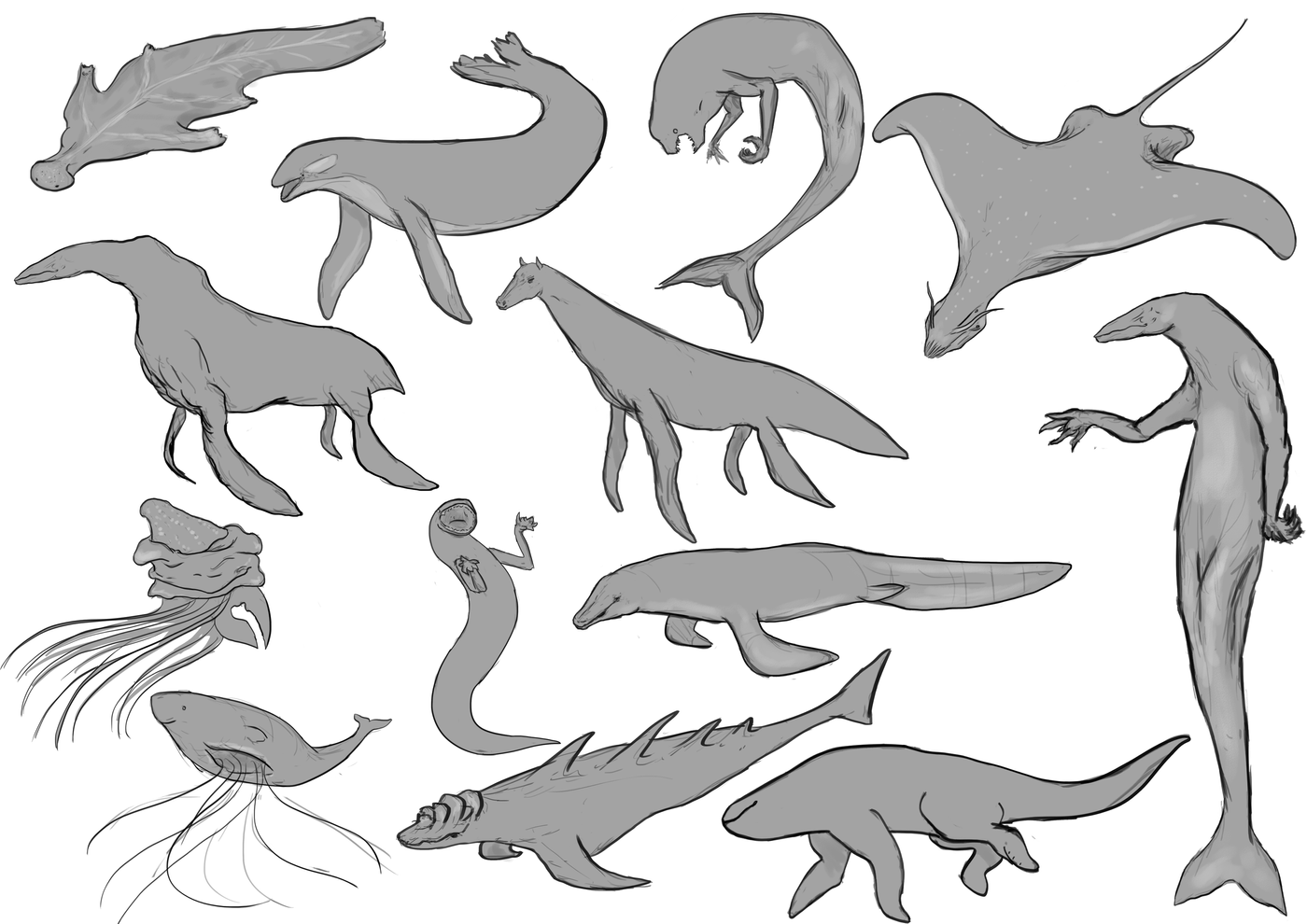 Some initial ideas of what kind of underwater creature to make. 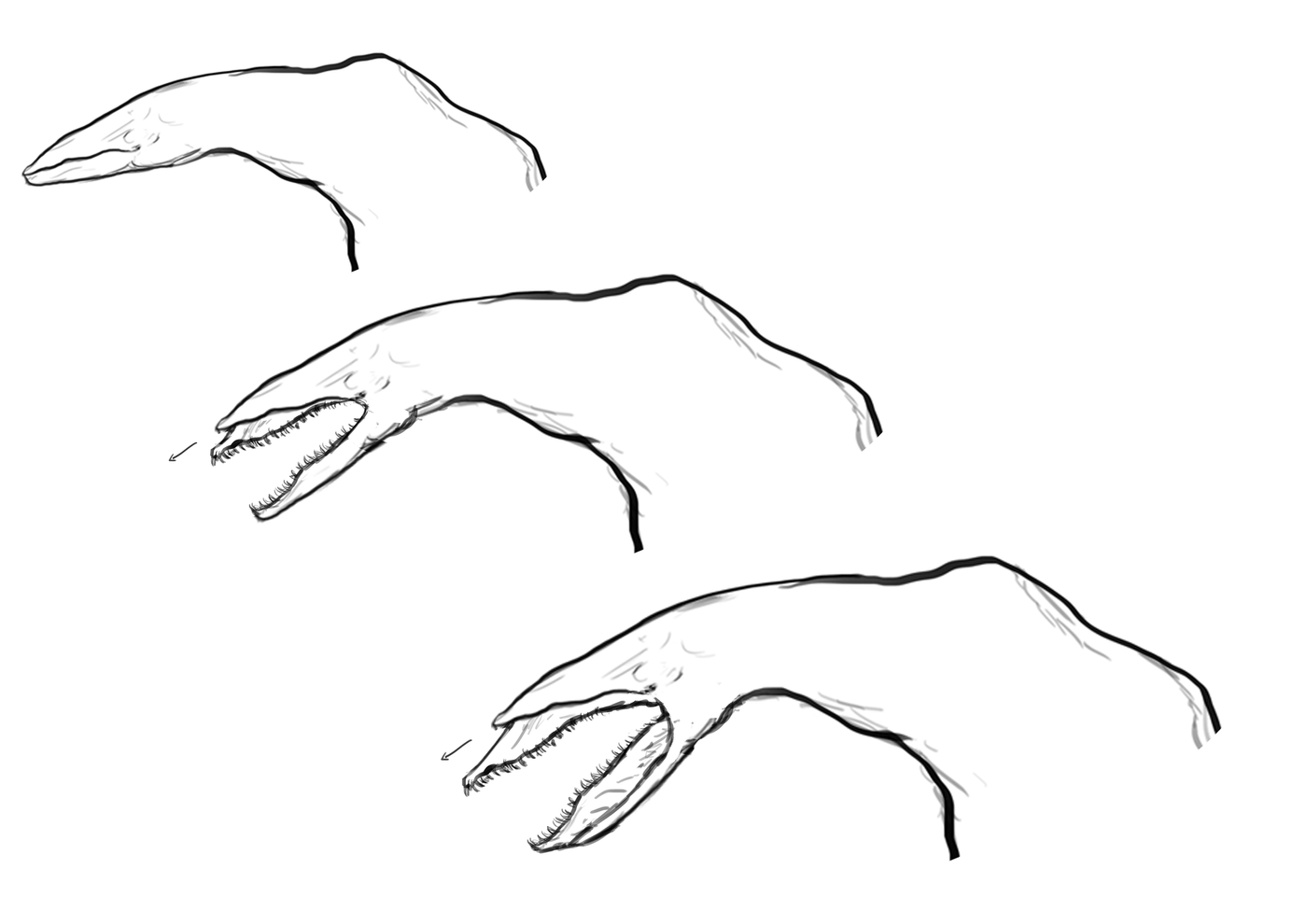 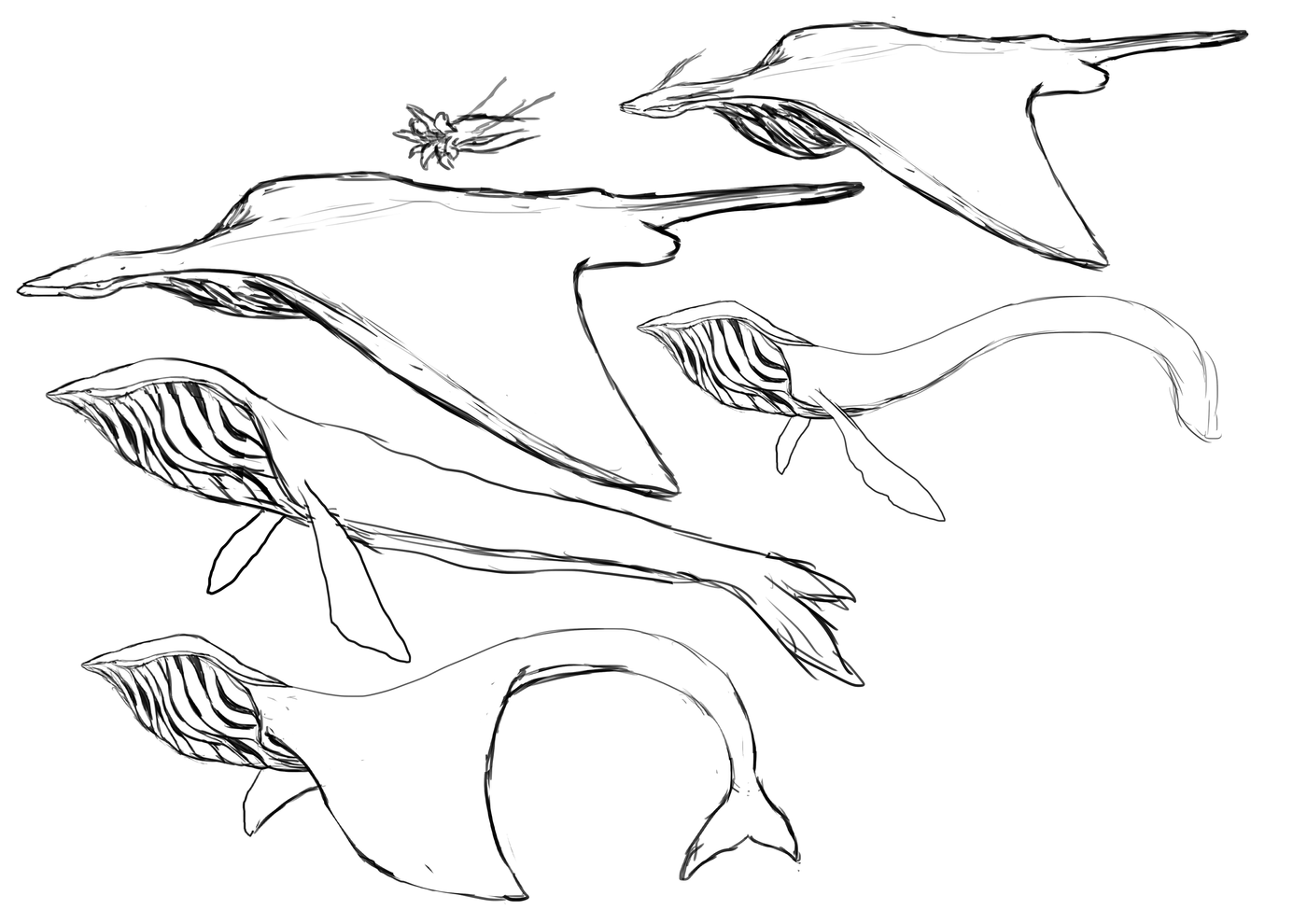 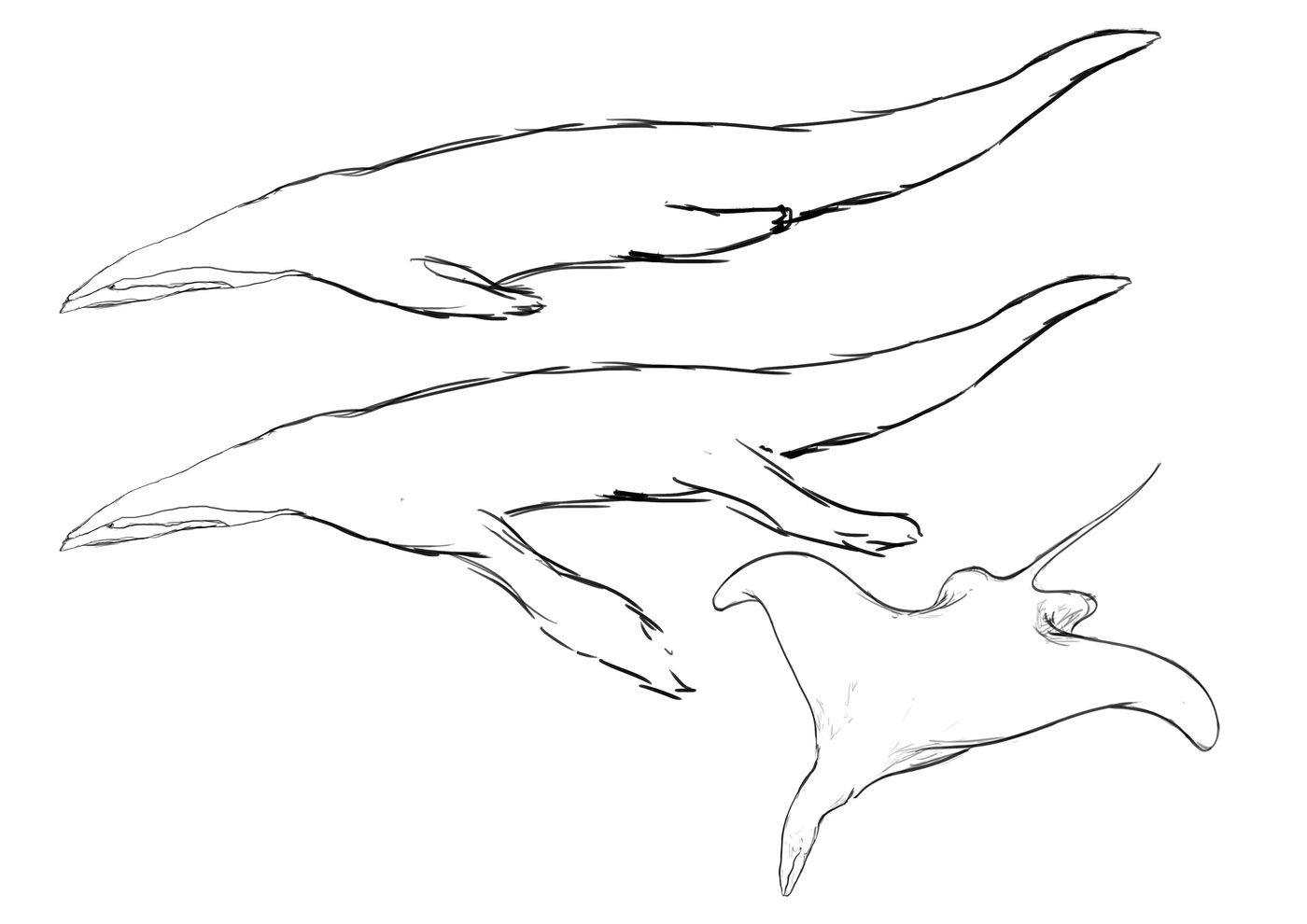 Further iterated on my favourite ideas, definitely drawn towards whales and stingrays. Explored with a goblin sharks mouth with a whales head. Very odd. 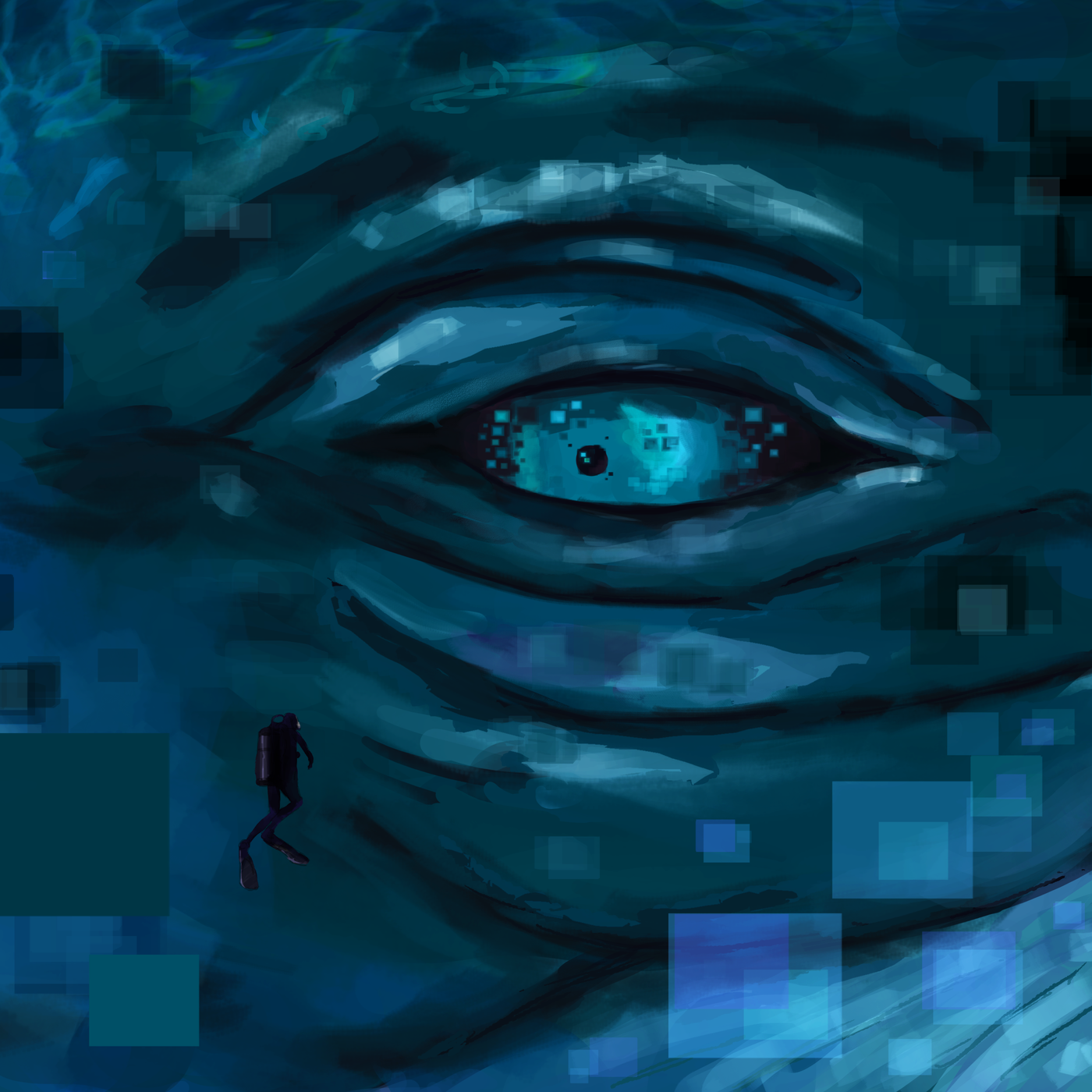 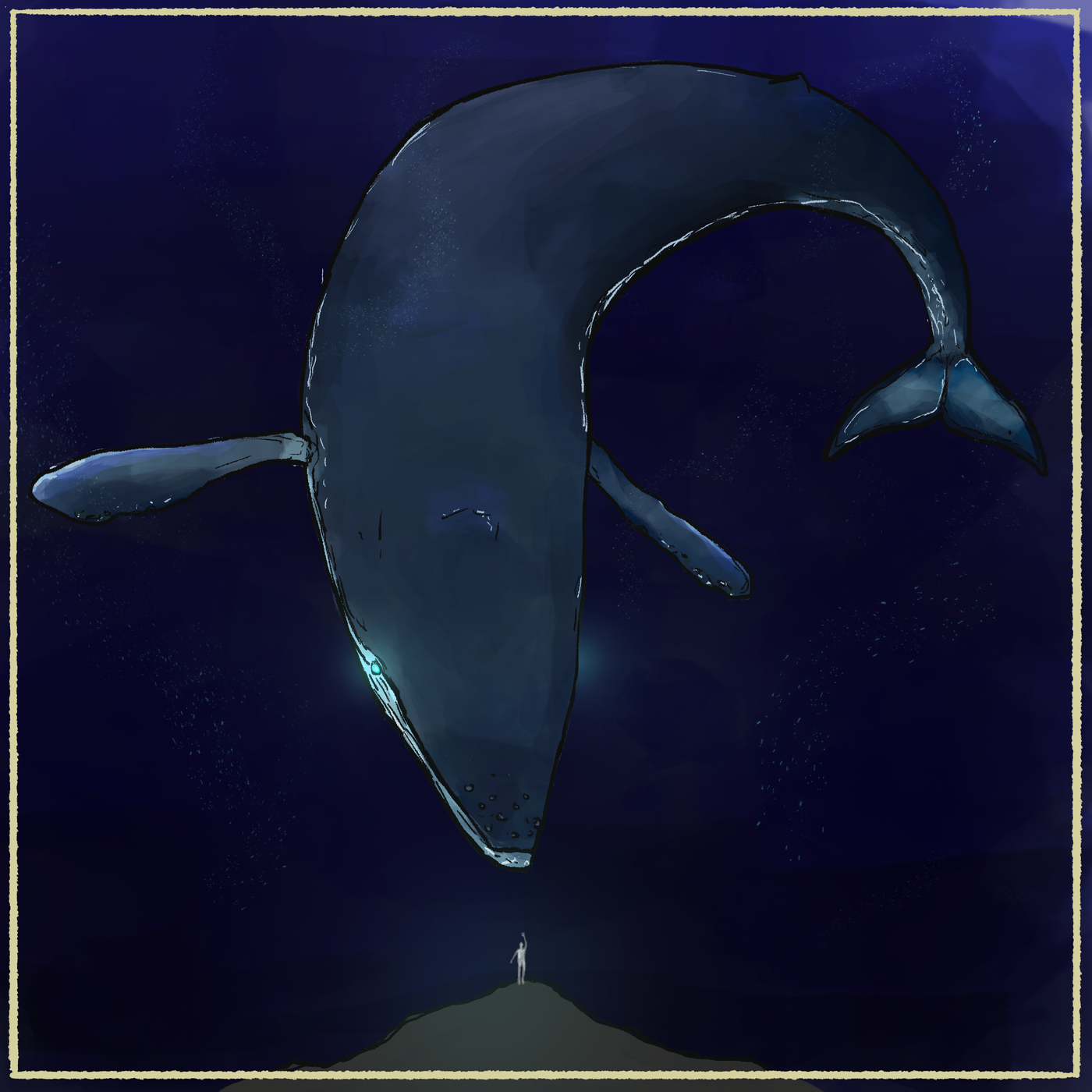 Struggled finalising an idea so I explored with some story a little, trying to help me think about underwater creatures some more. Was good to express myself with colour and style. 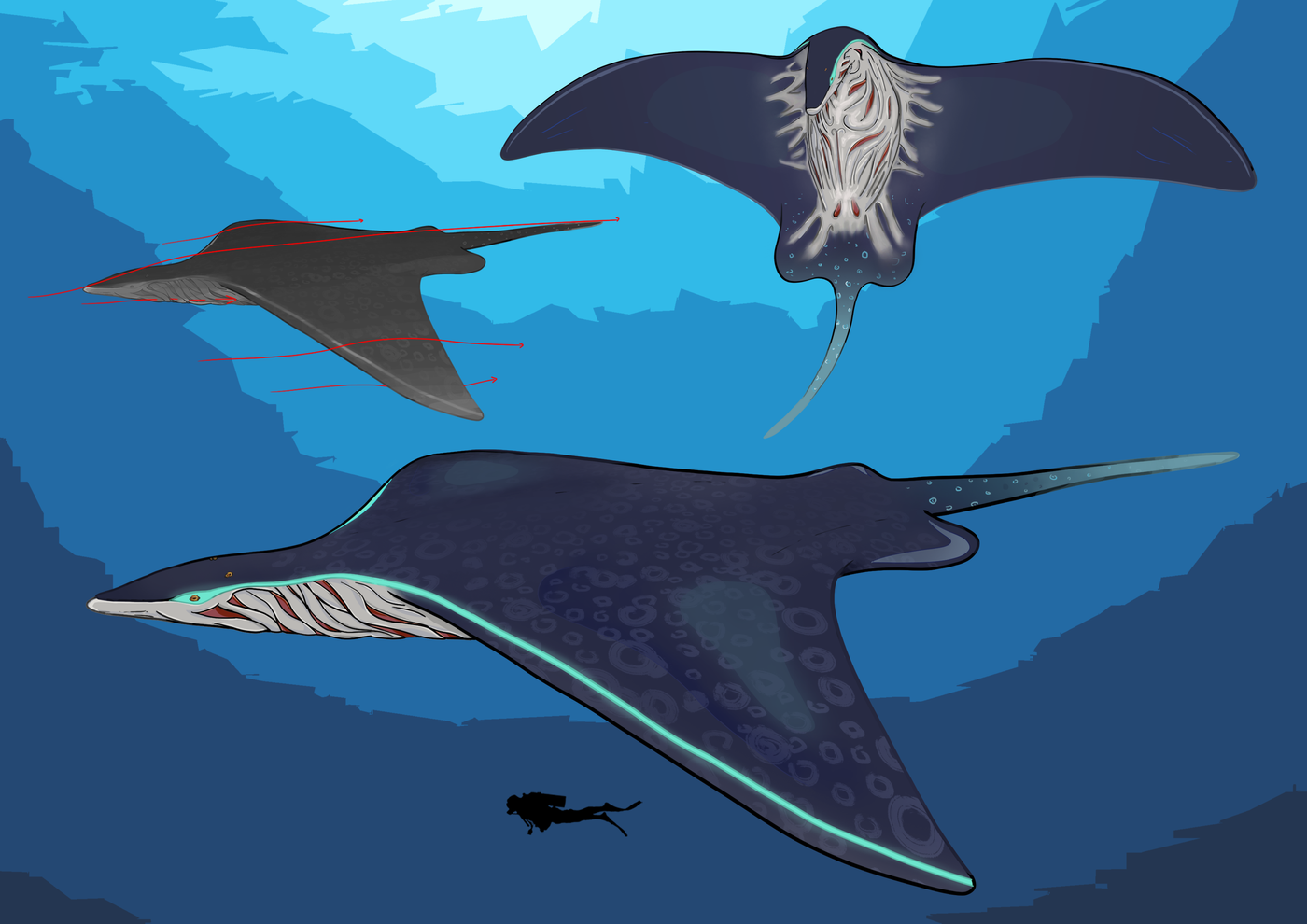 A more final design of a new underwater species, a mixture between a whale and a manta ray. I gave it more prominent folds on the throat/ underbelly which expands greatly when feeding on plankton etc. The spotted pattern on its back can glow and pulsate to confuse predators attacking from above, but its great vision allows it to avoid such events in the first place. It has an excellent streamlined body which lets it swim fast and far without having to expend much energy. Unlike whales, this creature has gills but can survive without water for a few hours. It loses no speed when feeding because the water passes through the gills to filter the plankton it eats. 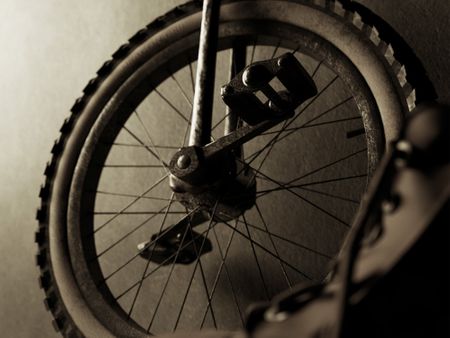 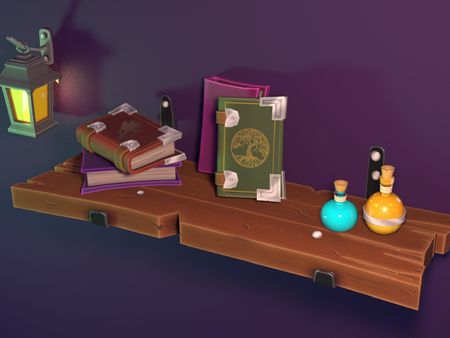 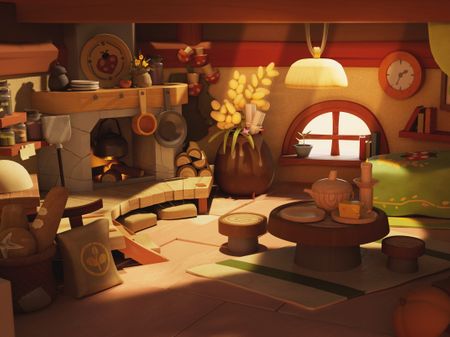