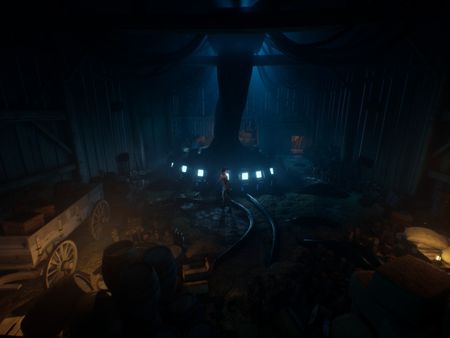 An odd barn with a strange tenant. This is a real-time environment composed in UE4. 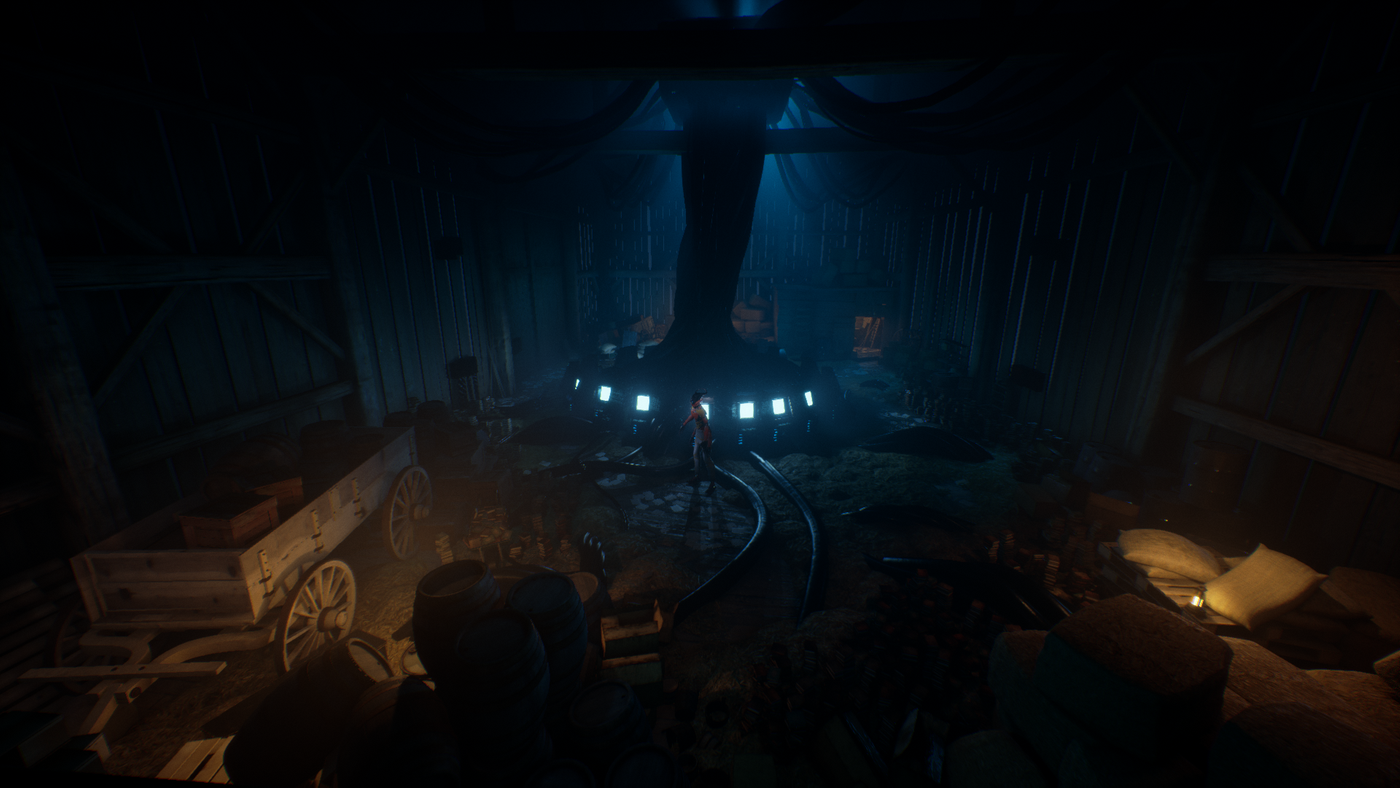 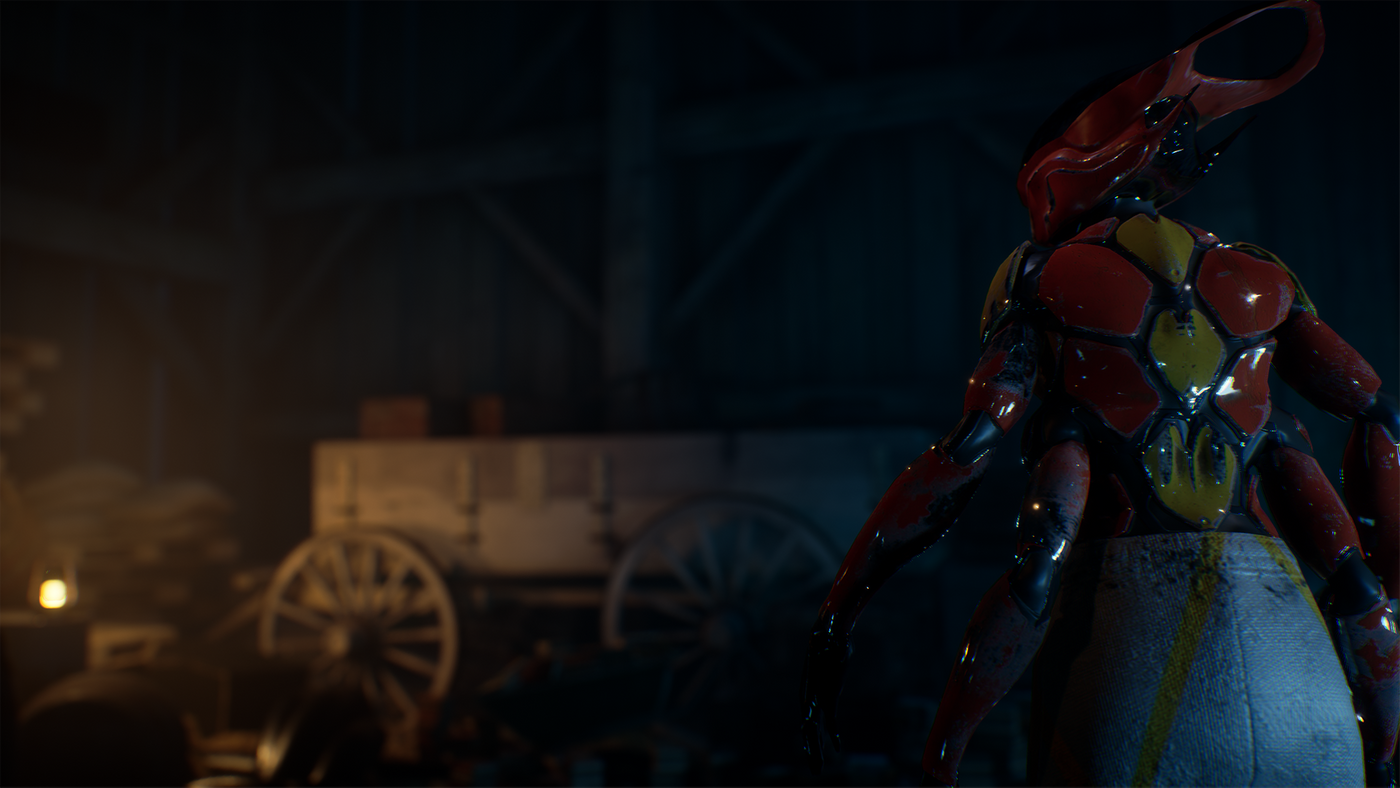 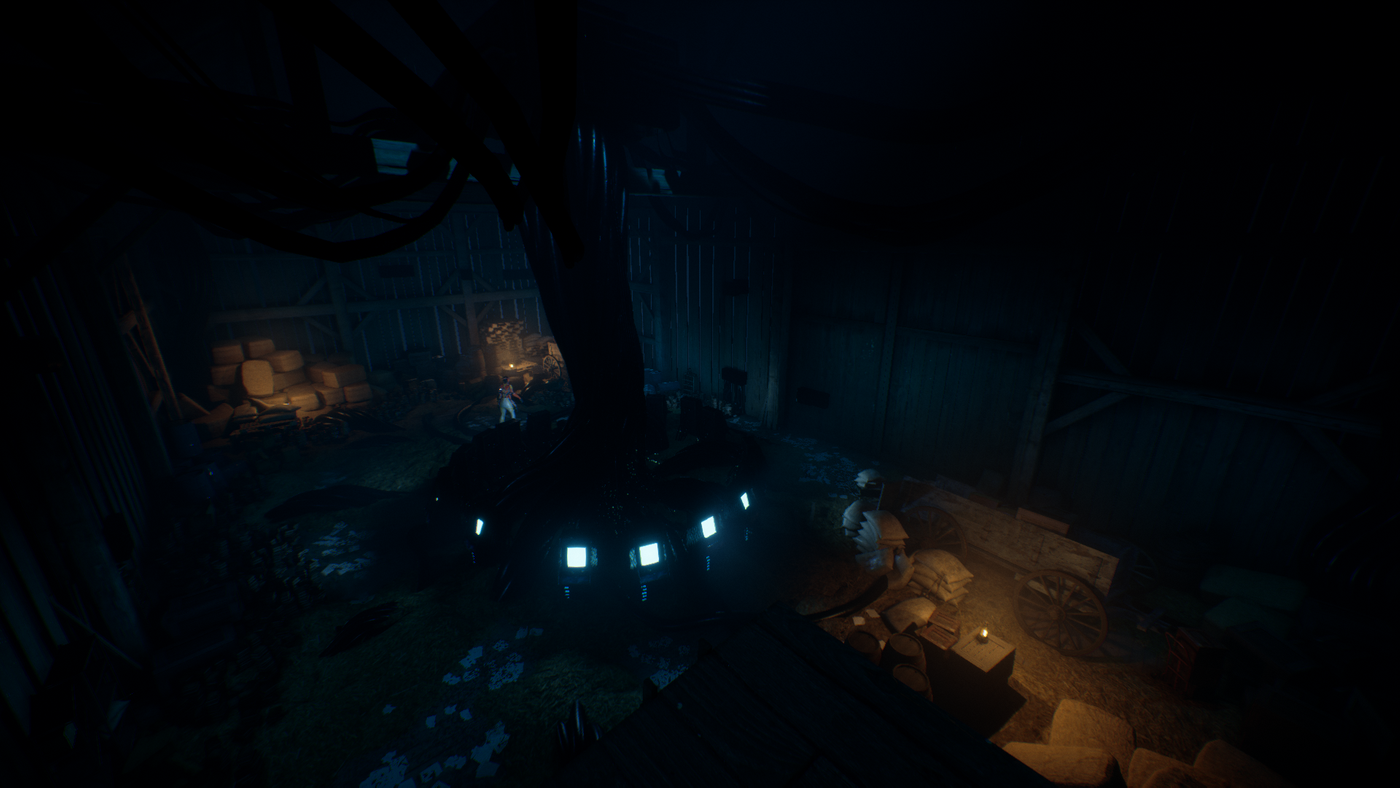 My entire goal here was to create a stable 30fps in-game arena with a mysterious atmosphere. The concept originated from a Ubisoft challenge that I had put on the back burner cause I was busy with other school projects, eventually, I found time here and there to add more to it. It gradually built up to this. While there are some things I would change if I were to do something like this again, like reducing the overall polycount, it did teach me a lot about scene building and creating proper tileable textures.

I wish I could have messed with some of those ray-tracing options though, like raytraced shadows and maybe raytraced GI, but I don't have an RTX GPU.

A bit off a mood piece I put together to give the entire scene a unique feel. Plus I get to show a bit more up close. 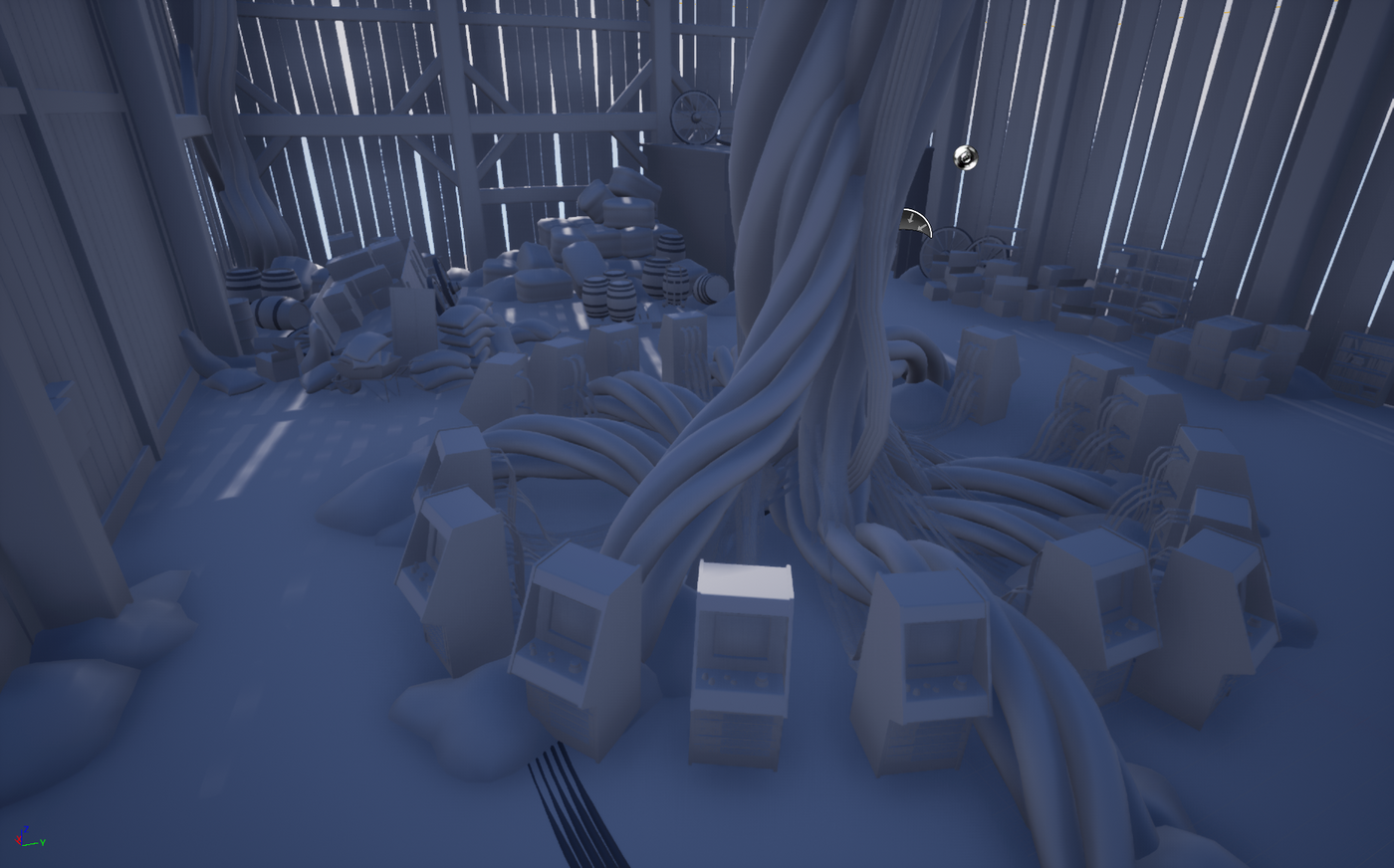 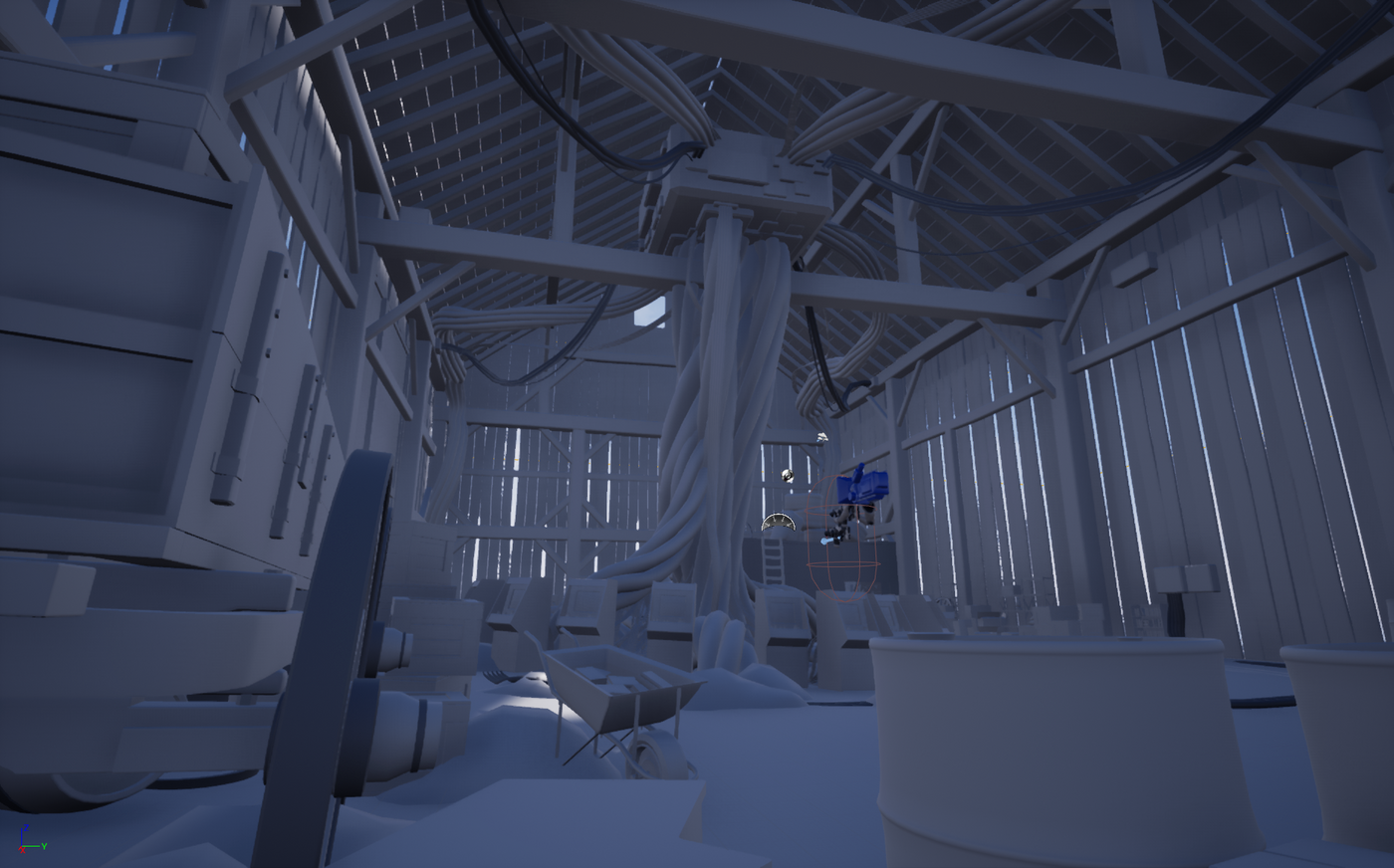 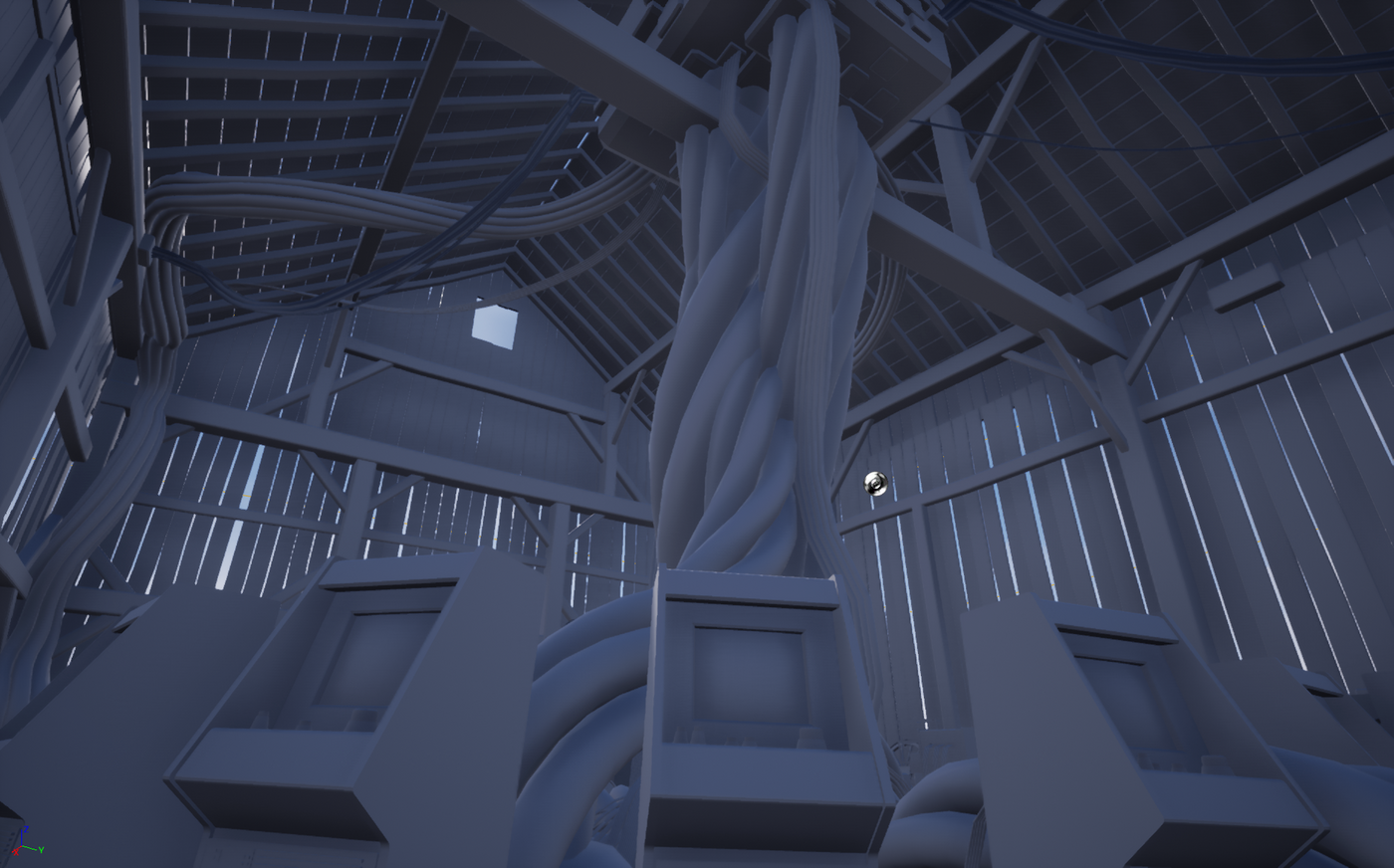 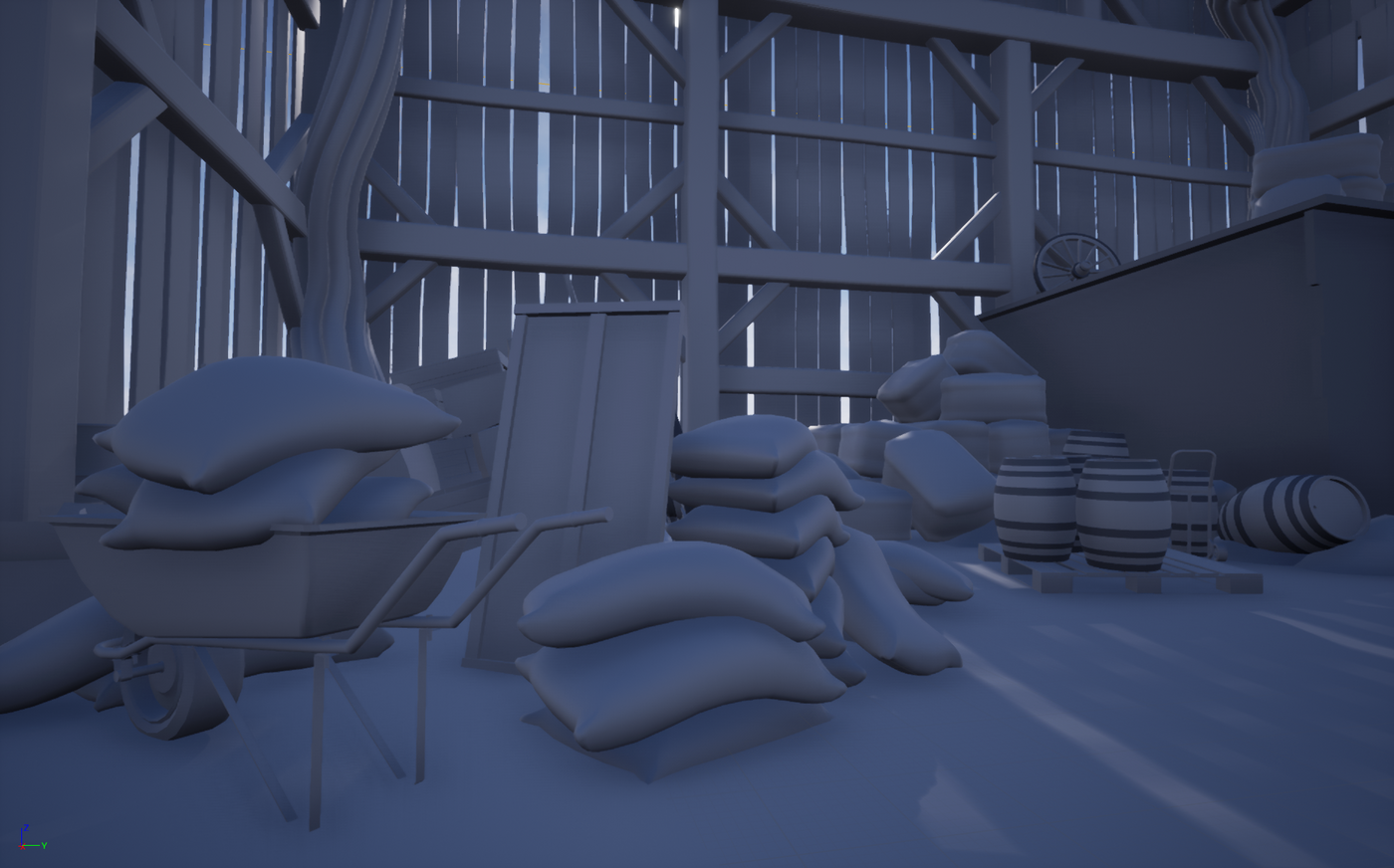 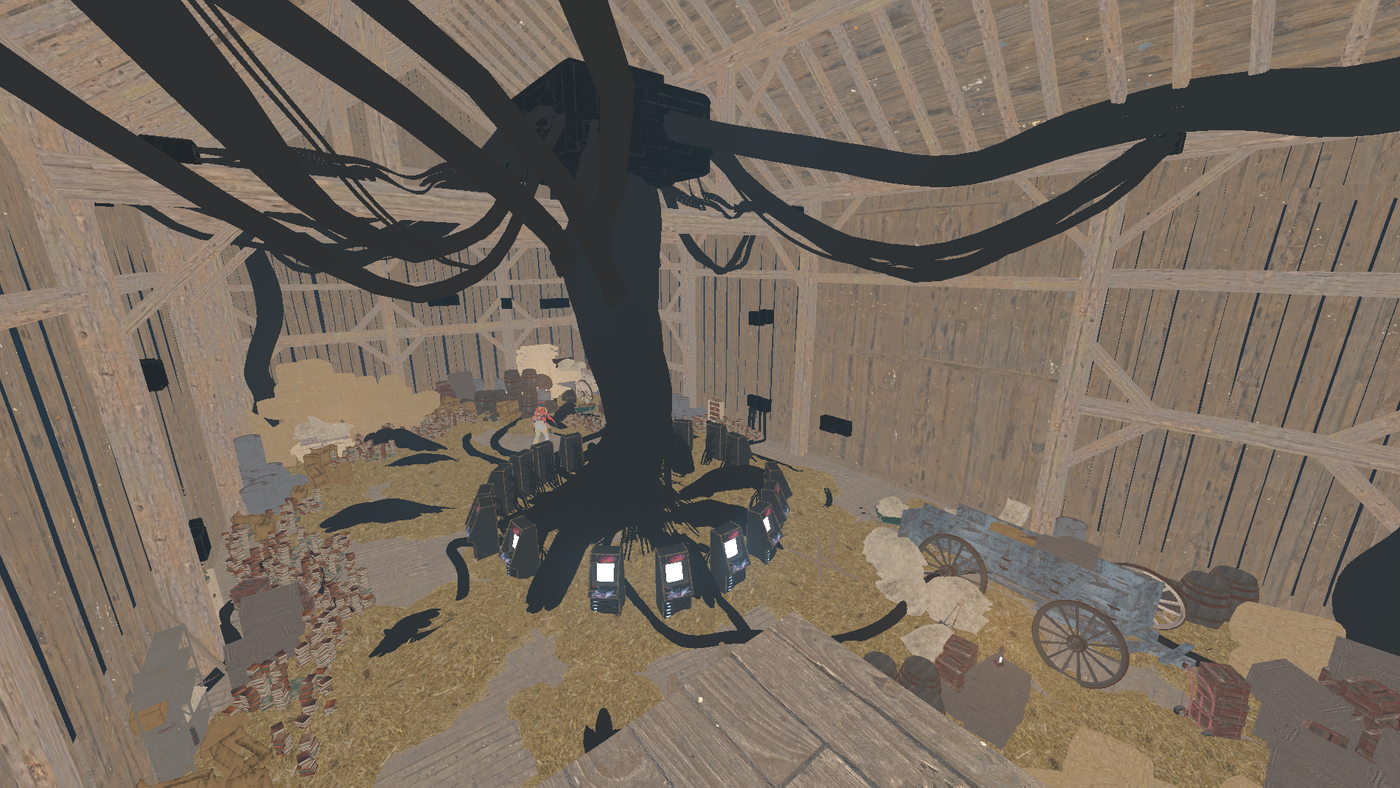 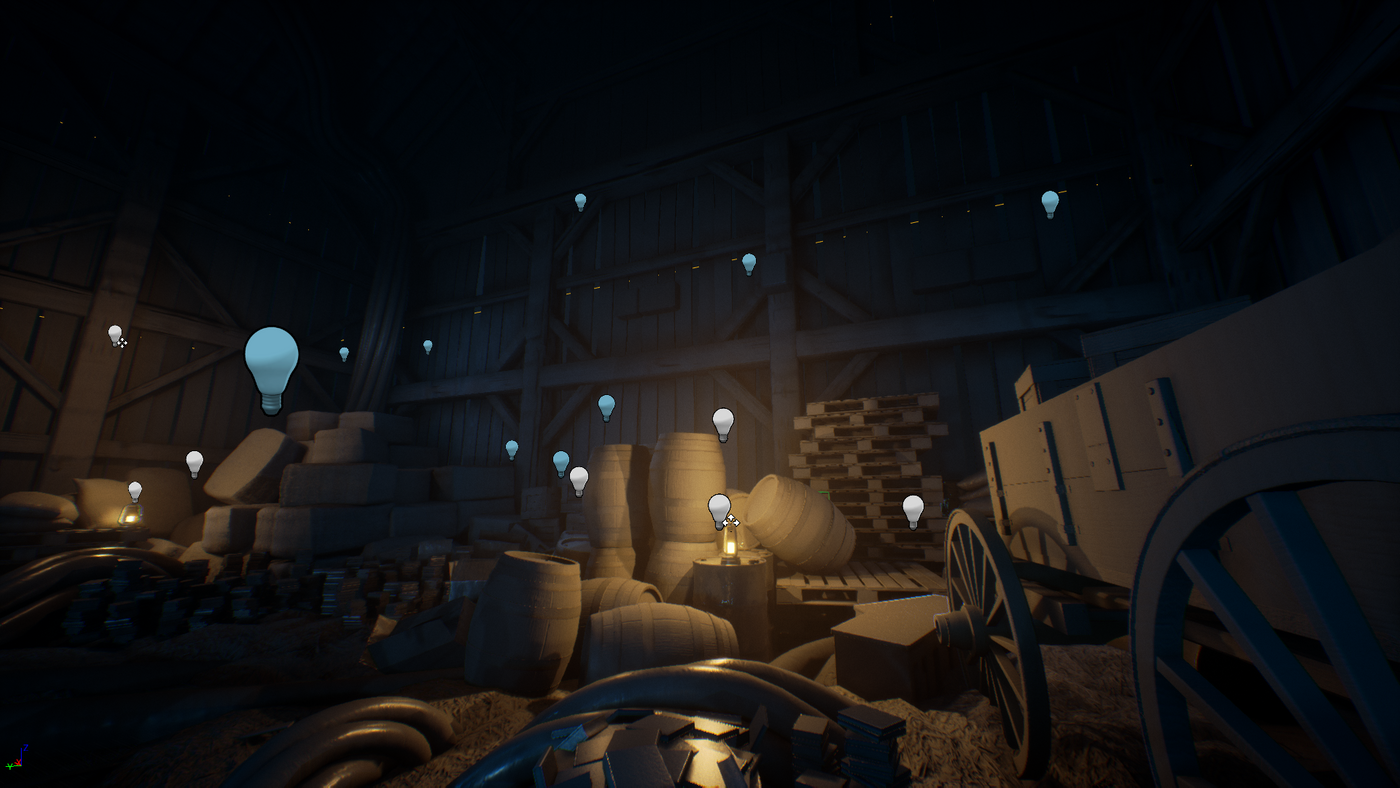 Some technical shots of the scene ranging from my initial blocking, texture flats, and lighting. 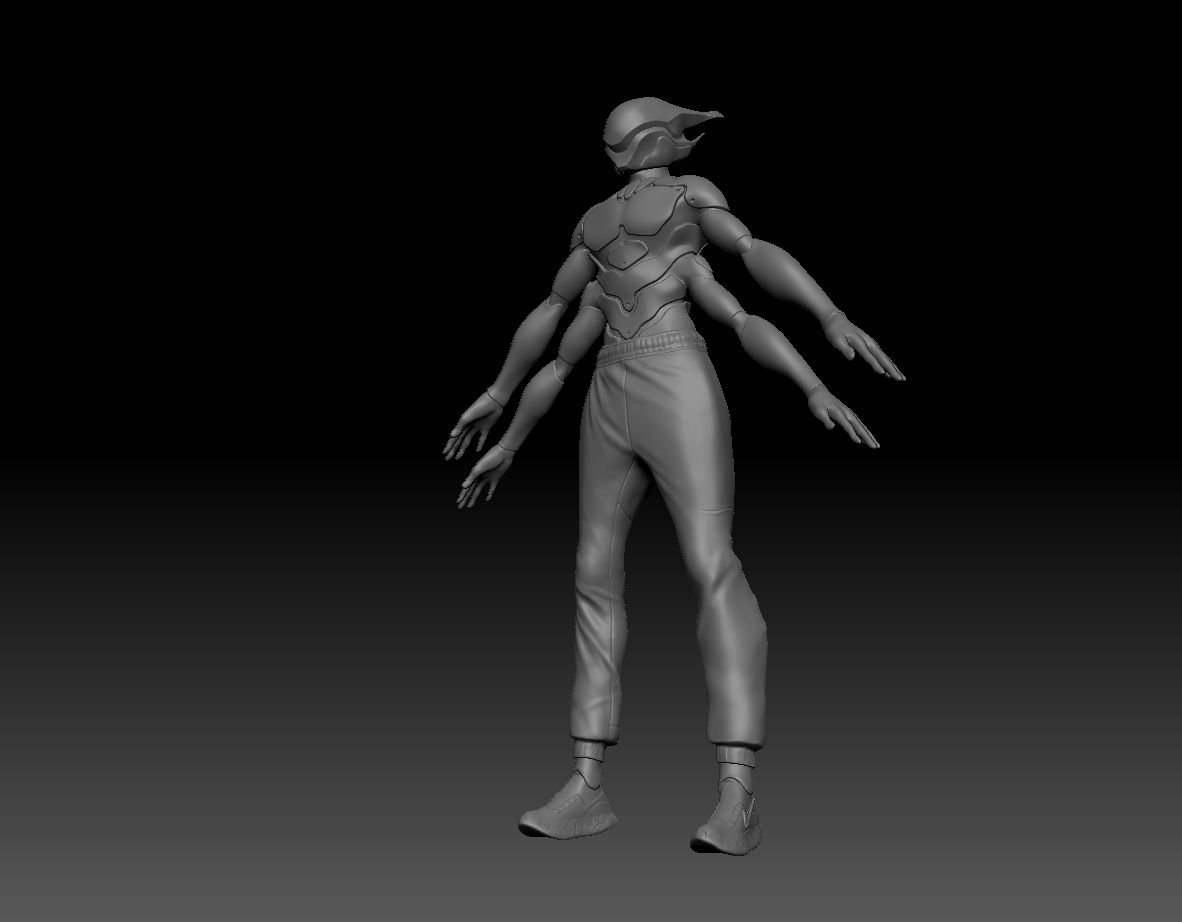 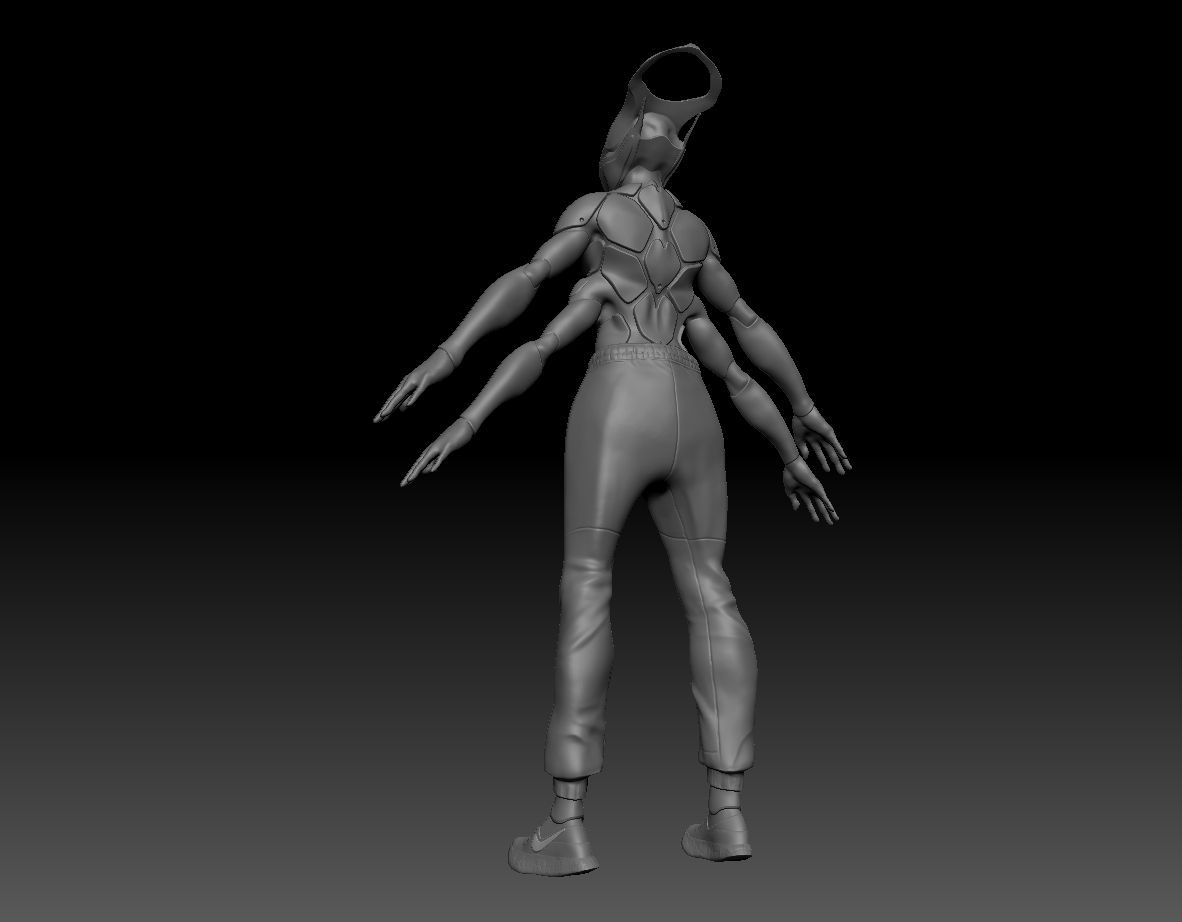 Here's the Zbrush sculpt for the character in the scene. It's composed of a number of stretched out spheres since I always prefer working from scratch rather than off a base model. It took some time to come up with something I felt was unique; something that makes the viewer ask questions about what they're seeing. Questions like: "why's that man robot thing wearing track pants?" Retopology and rigging were done in Maya. 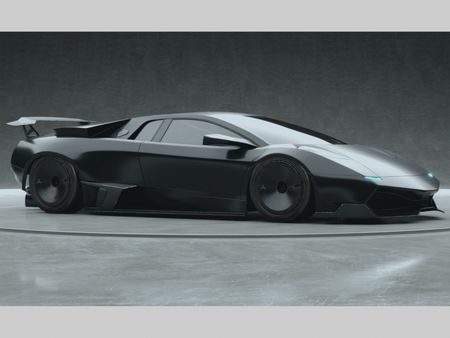 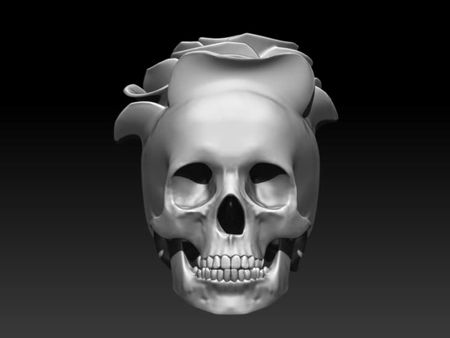 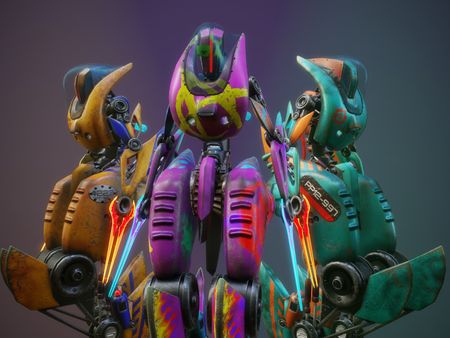