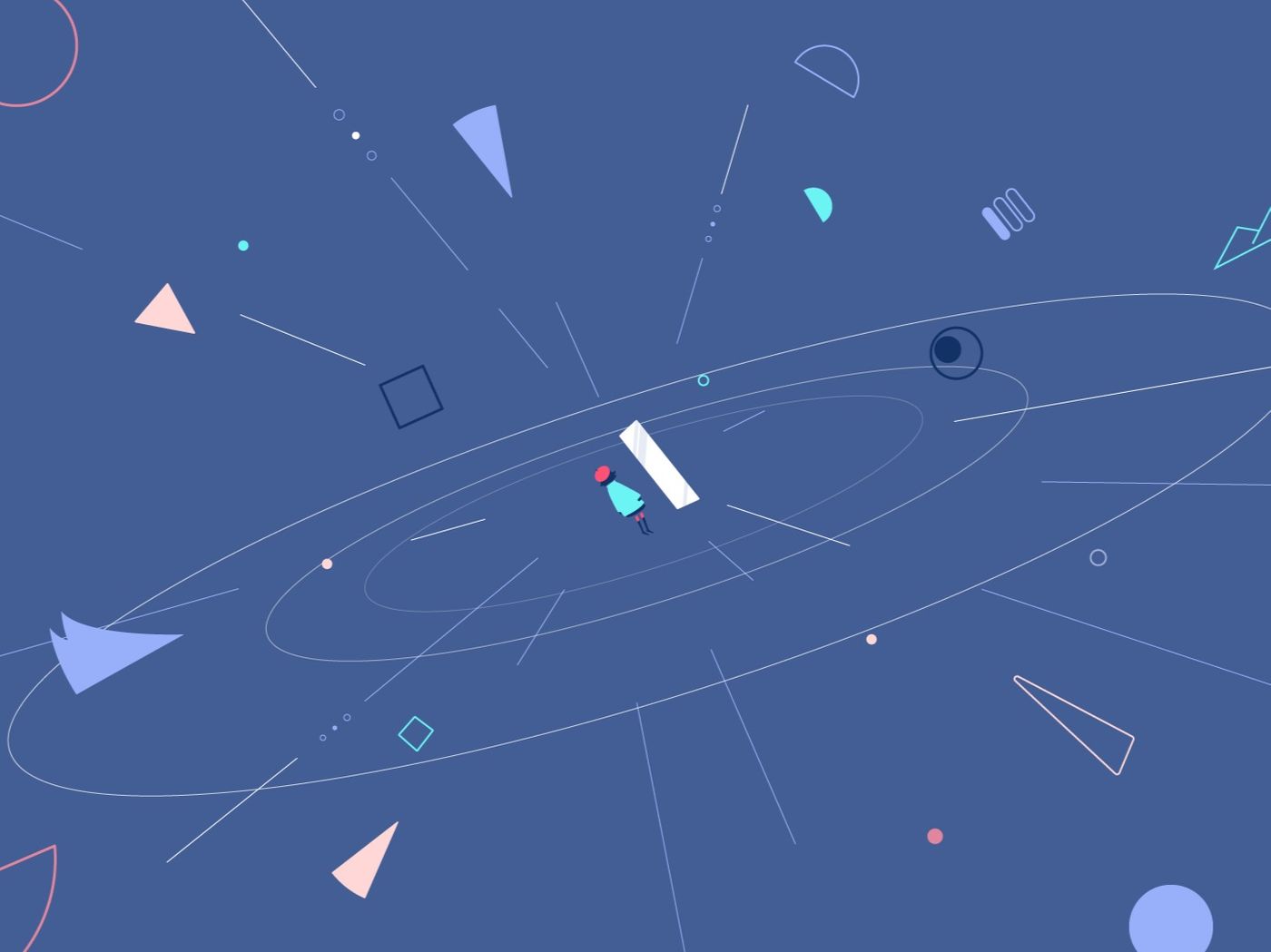 I am a motion designer and animator from Taiwan, who loves to tell stories through graphics, characters, and motion. This is a collection of my favorite motion works that I would like to share with you!

I am a motion designer and animator from Taiwan, who love to tell stories through graphics, characters, and motion.

As an international student, I believe that motion graphics transcend the barriers of languages and cultural differences. Since I came to the US, I've made many friends and met lots of great designers. Even though we are from different cultural backgrounds and speaking different languages, we still can understand each other through our works. The pleasure and surprises are the reason that I love to create and always challenge myself with different kinds of projects!

Next, I am going to share some of my favorite works with you!

Let’s get started with my showreel!

This is a collection of my best motion works. All works presented in the reel were designed and animated by myself.
Through editing, I rearranged clips of different works and made them fit the rhythm of the music. I also made an opening including everything representing me: my logo, flowers, a cat, some weird but cute stuff, colors that I like…, etc. I am sure it would be a great introduction to my style.
Enjoy!

Perception is my M.A. final project at SCAD. It is a 2-minute animation about a girl and her exploration of life. In this project, I wanted to tell a story in an abstract and non-linear way through a mix of vectors and cel-animation to create a unique visual style.

✶ Concept
Our emotions and feelings are always affected by the environment. All changes from the external world could affect us. The animation is about a girl's exploration of her life. In an abstract and surreal world, she feels and interacts with the environment. Through the process, she splits and reorganizes herself, which visualizes the process while we adapt and learn from the outside world and forms our memories and personality. 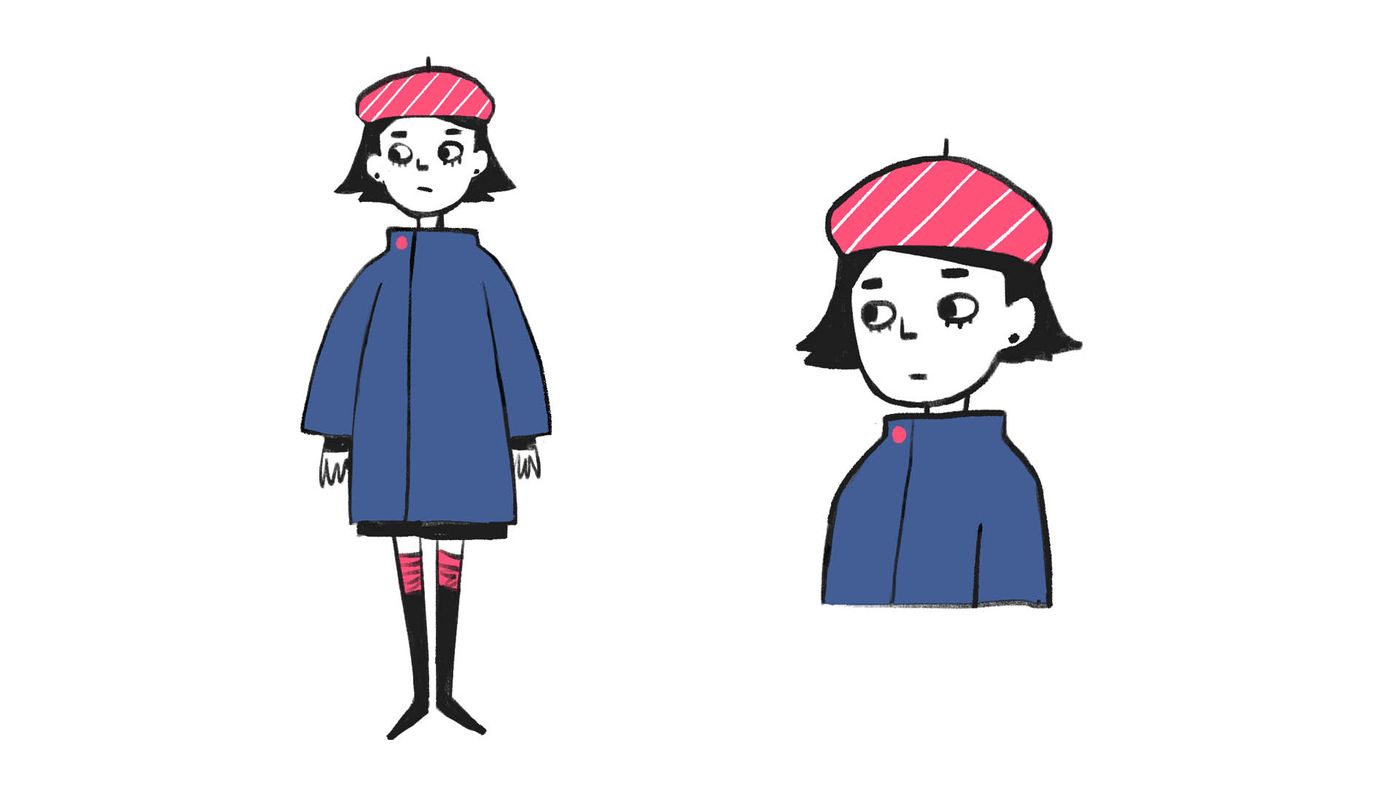 The main character of this project — Avocado Apple Salad — was created while I was making Paradox, which was an animation that portrayed common human emotions through multiple characteristics.

After finishing Paradox, I found that there was more I could do with that character and the style it presented. So I decided to extend the idea and created another project with Avocado Apple Salad, but with a more concrete concept.

That aside, I also wanted to show the animations from Paradox again in the new project to connect these two works and add more fun! That was the original intent of Perception. 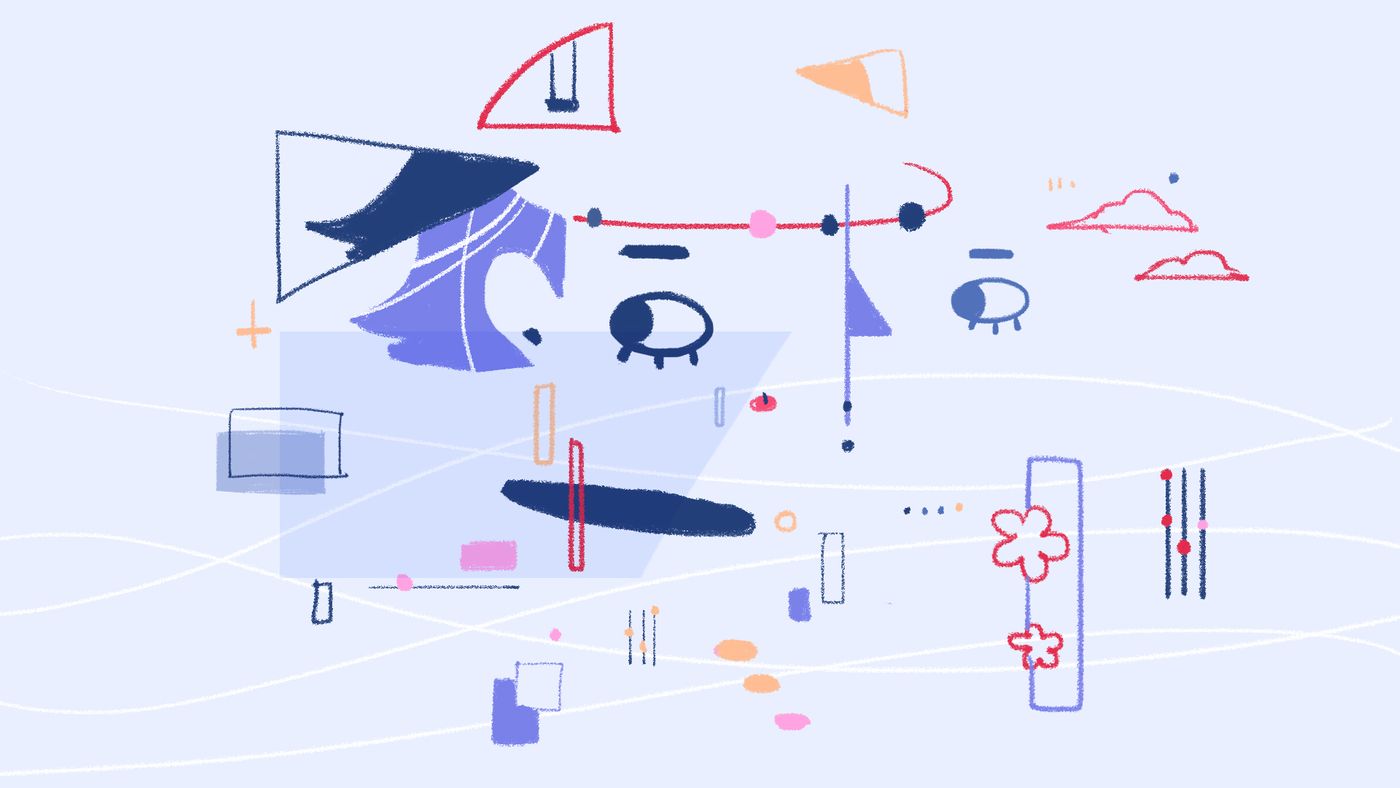 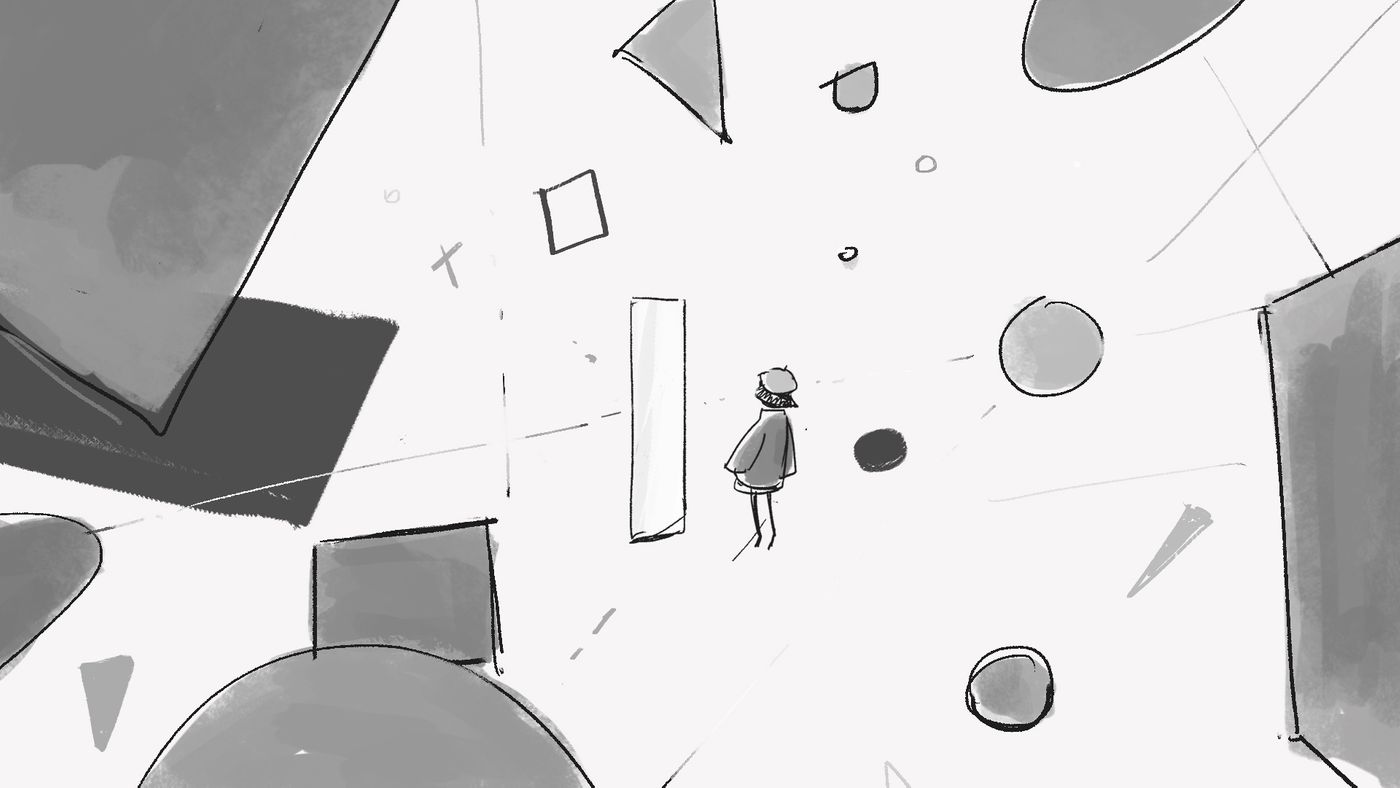 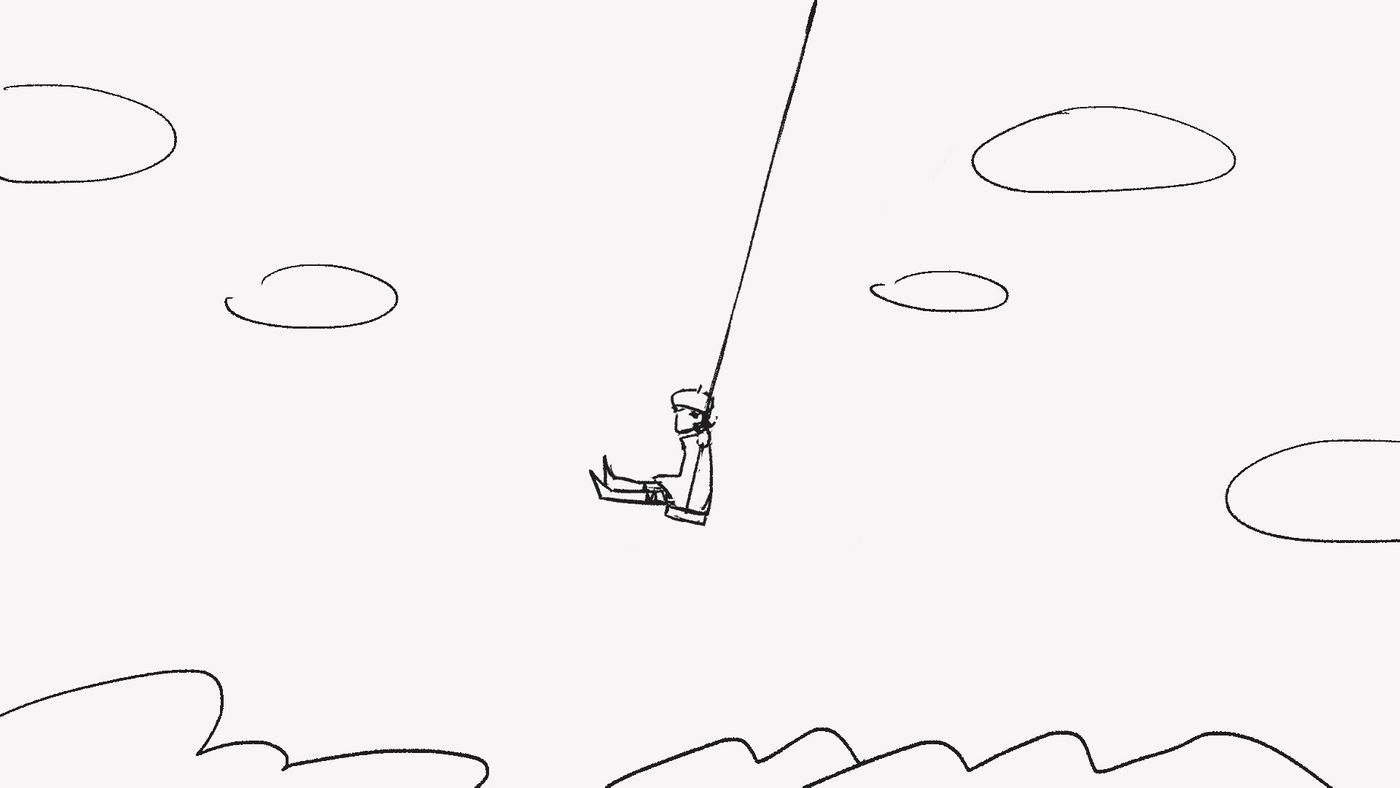 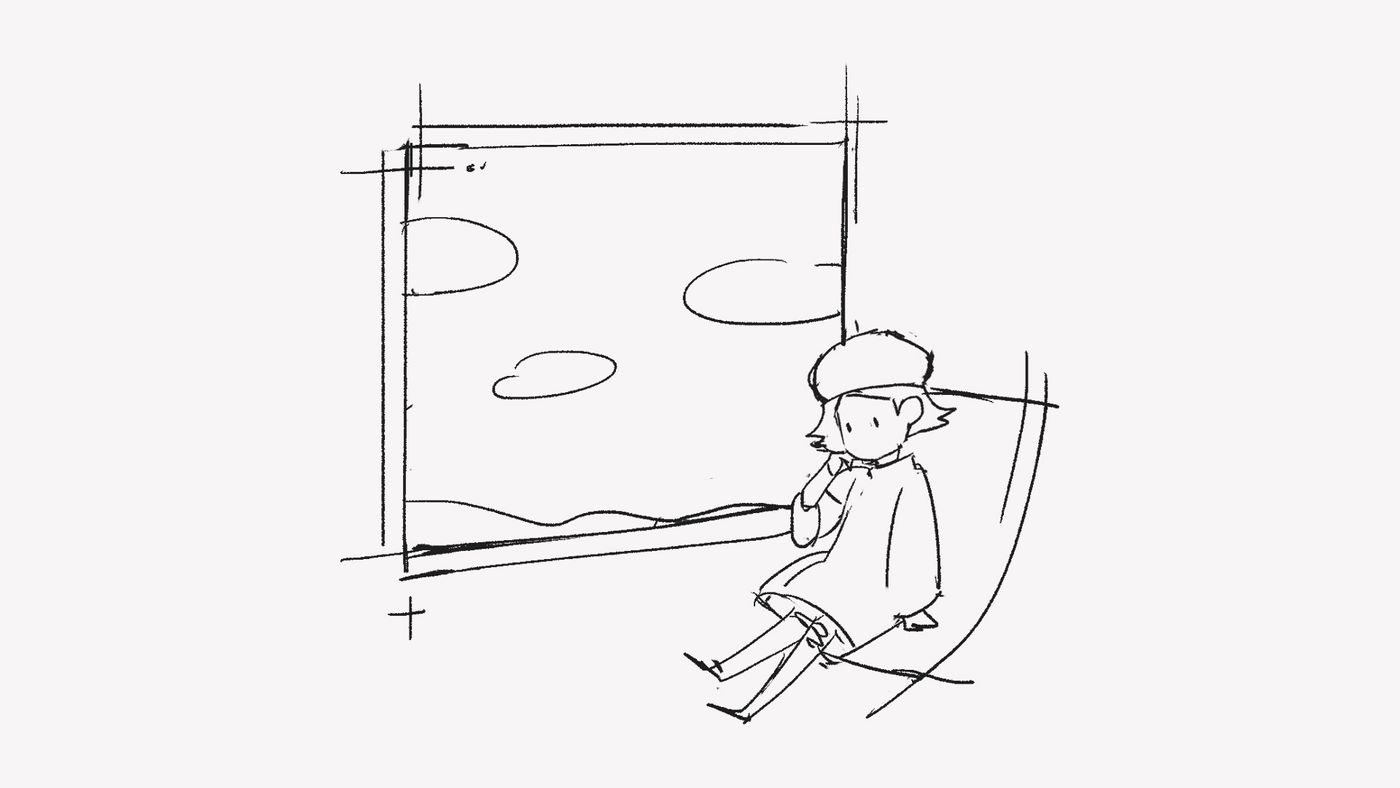 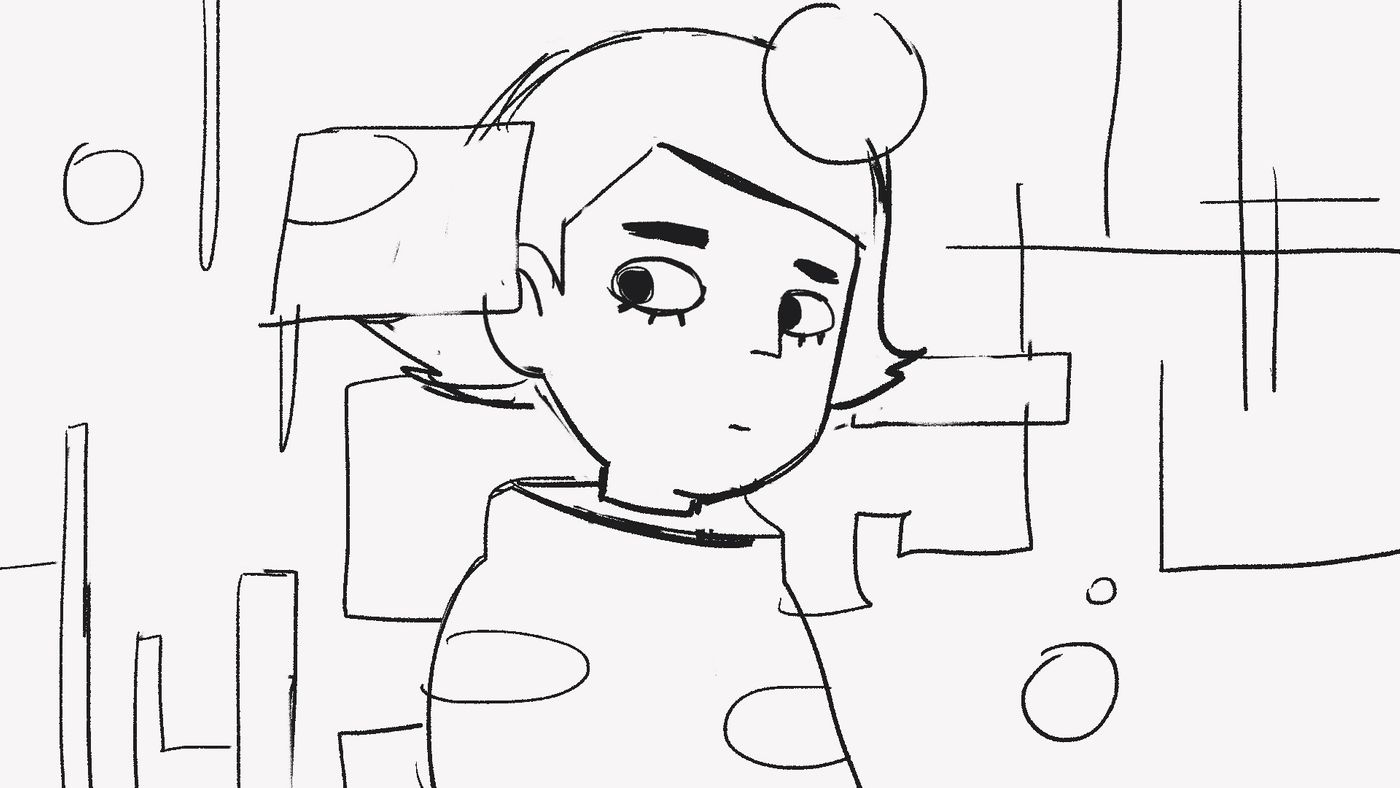 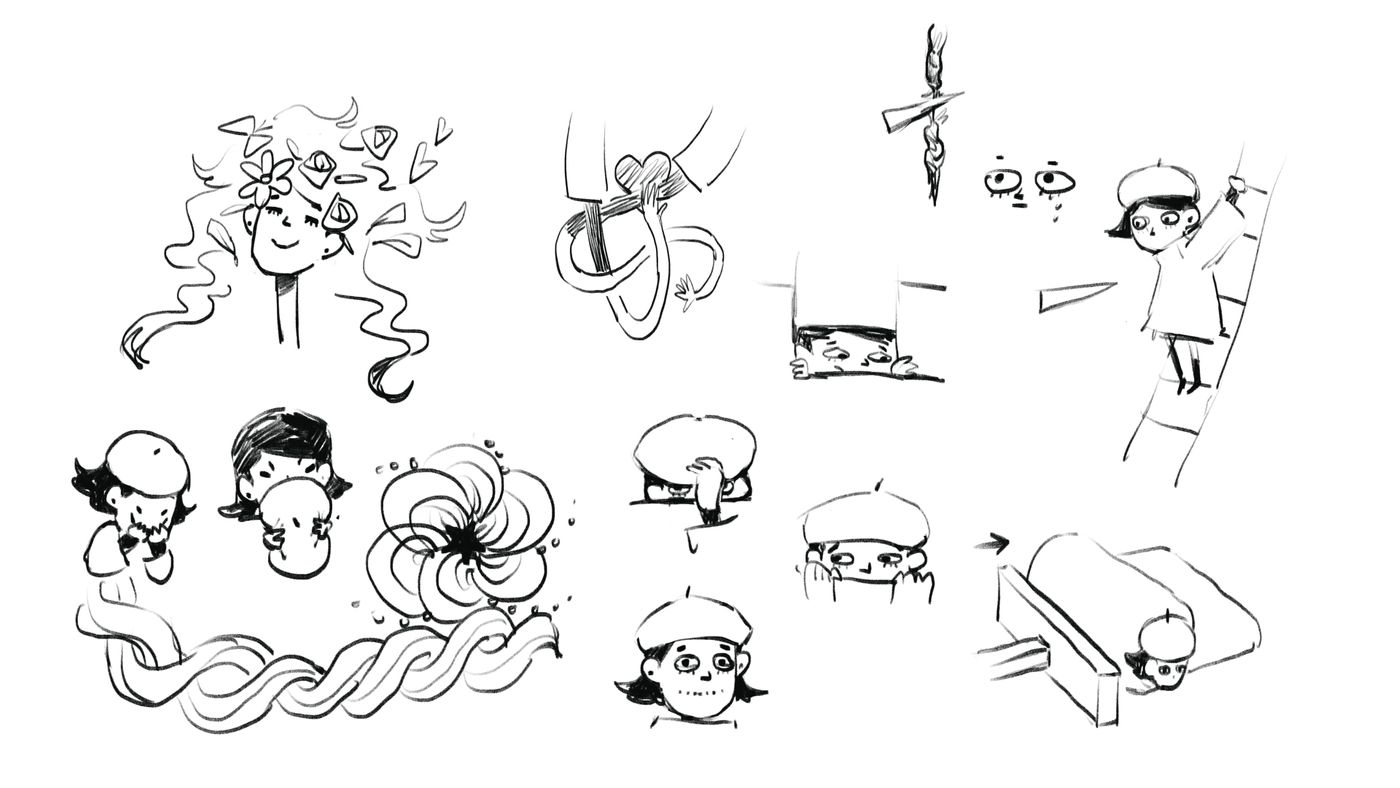 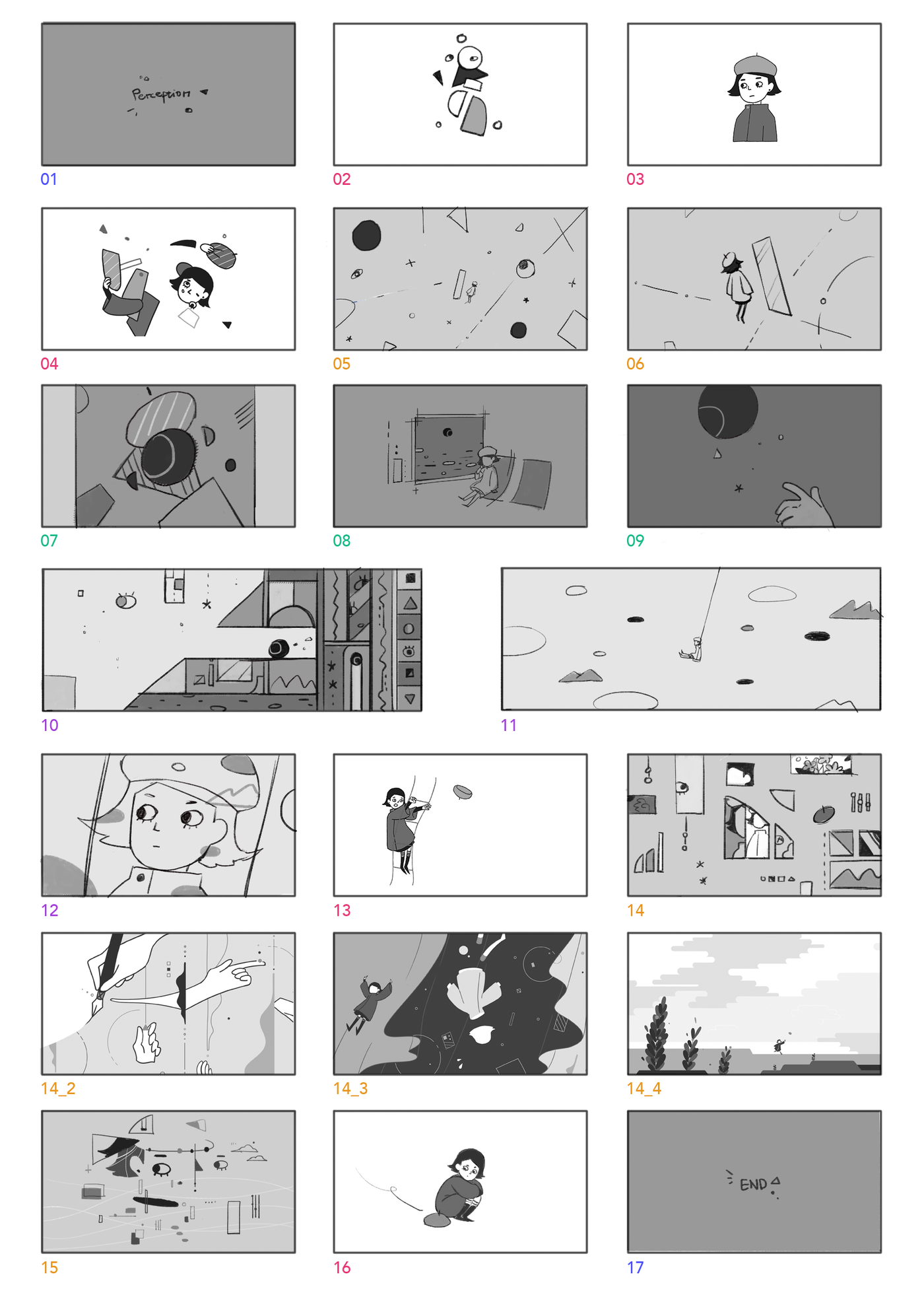 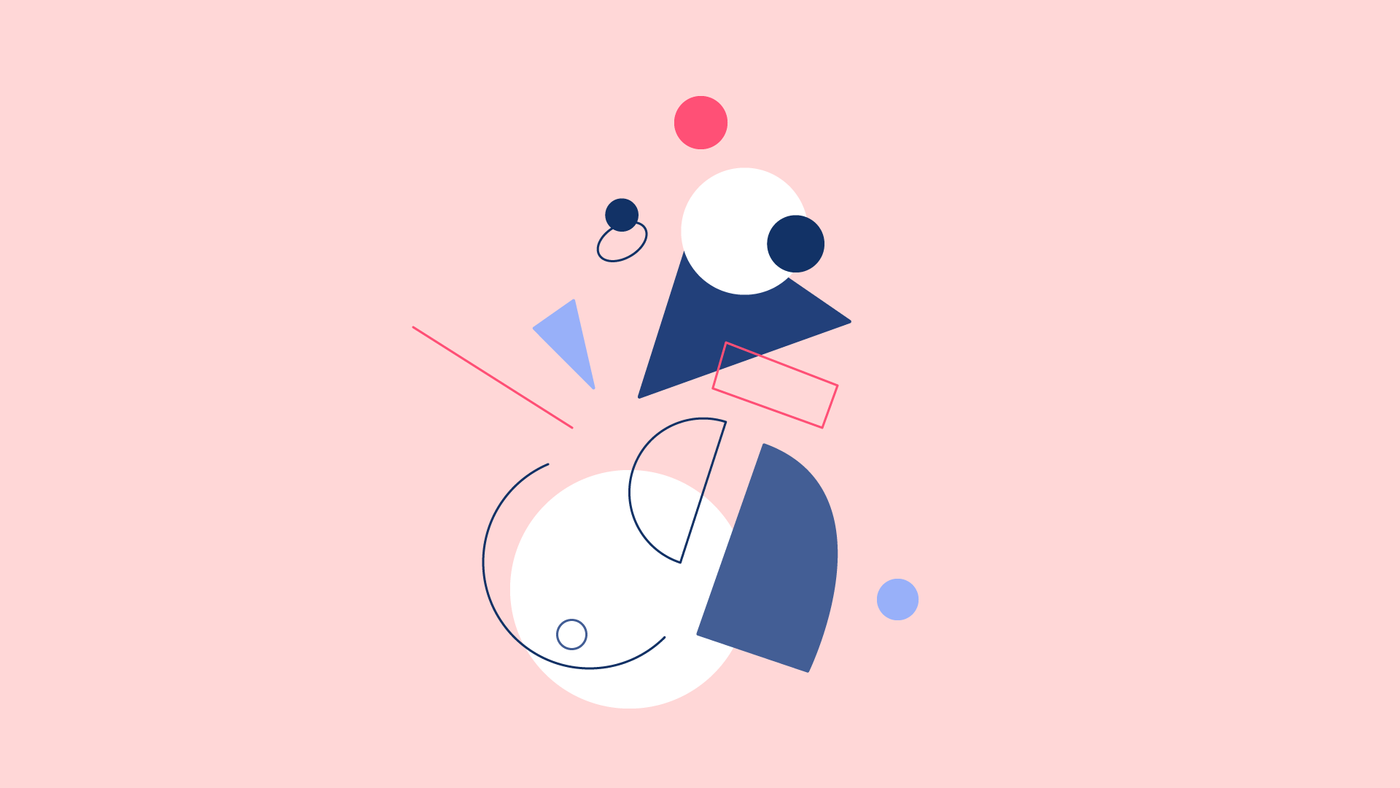 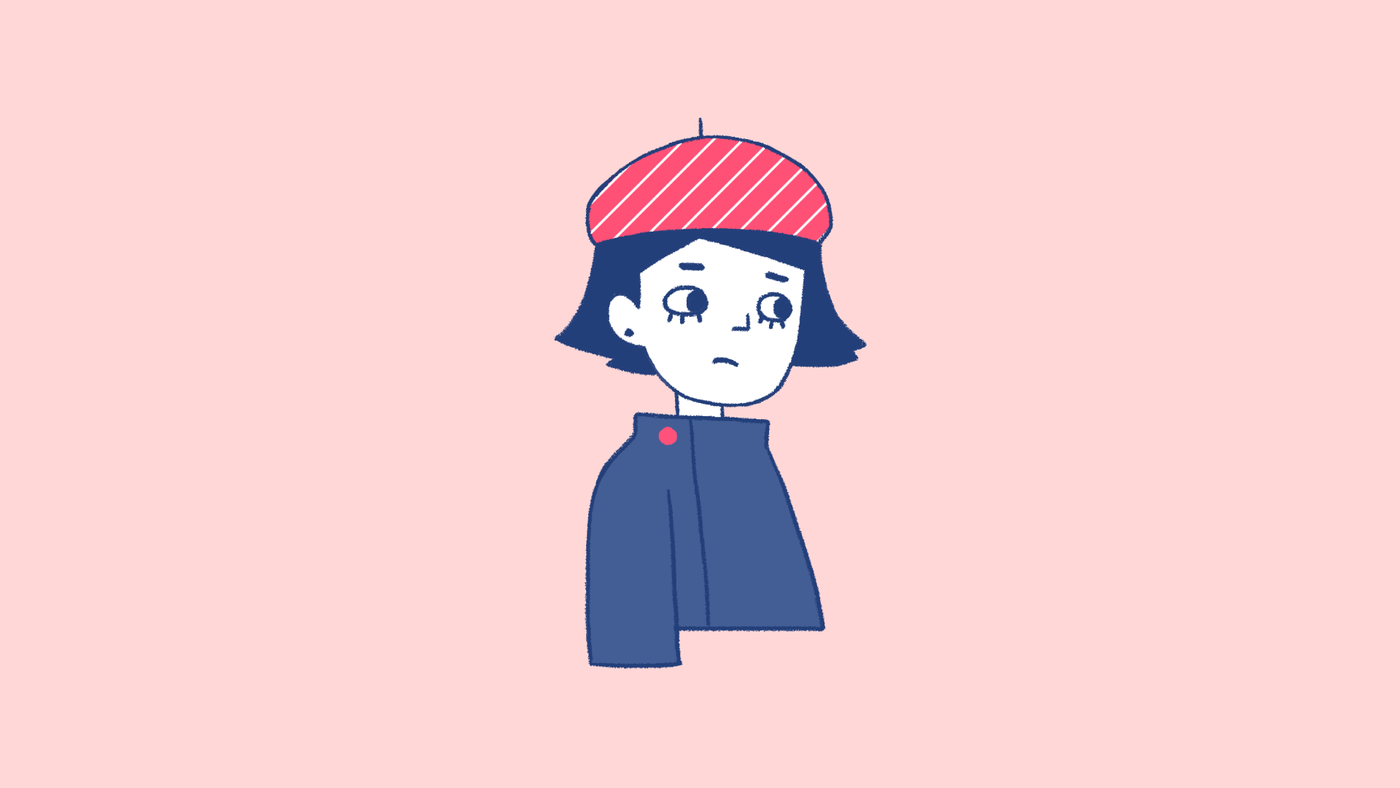 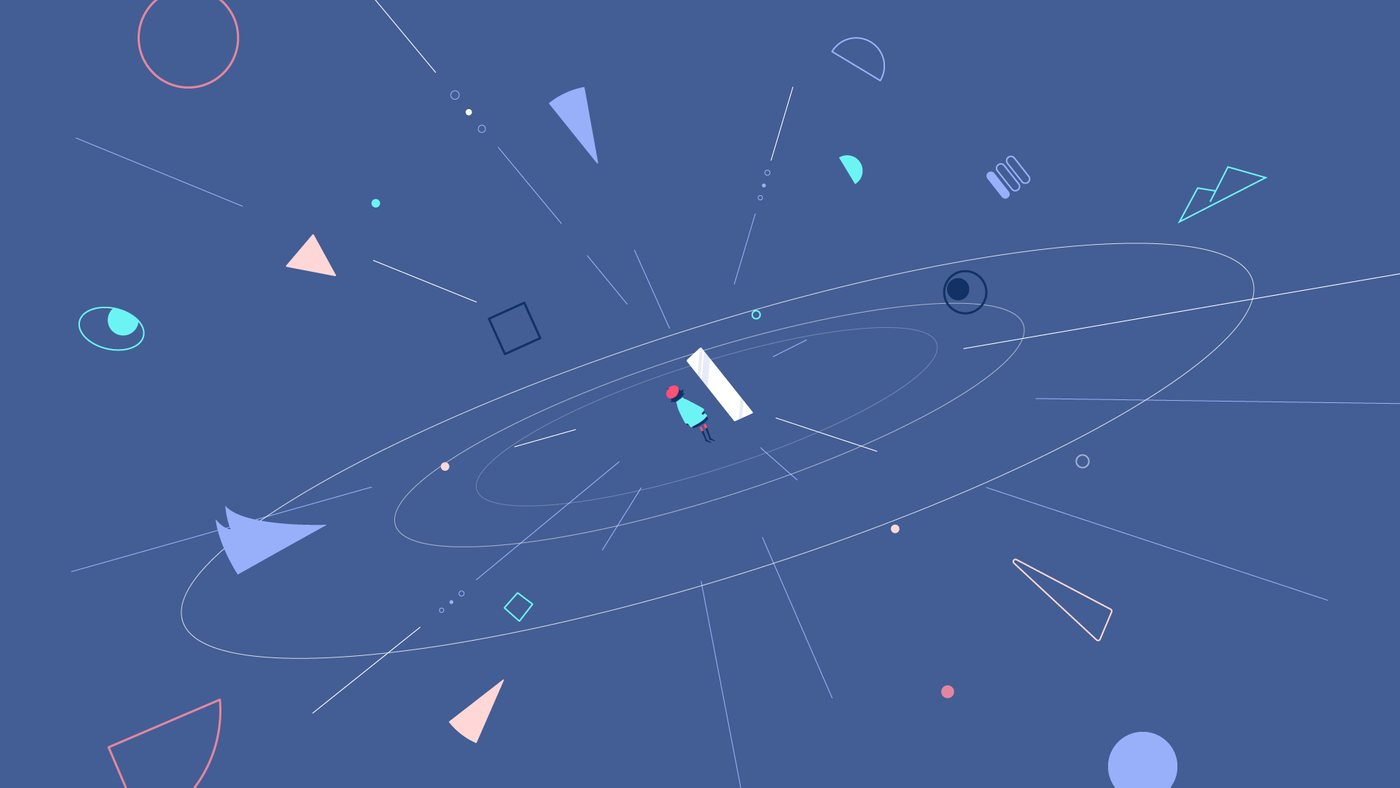 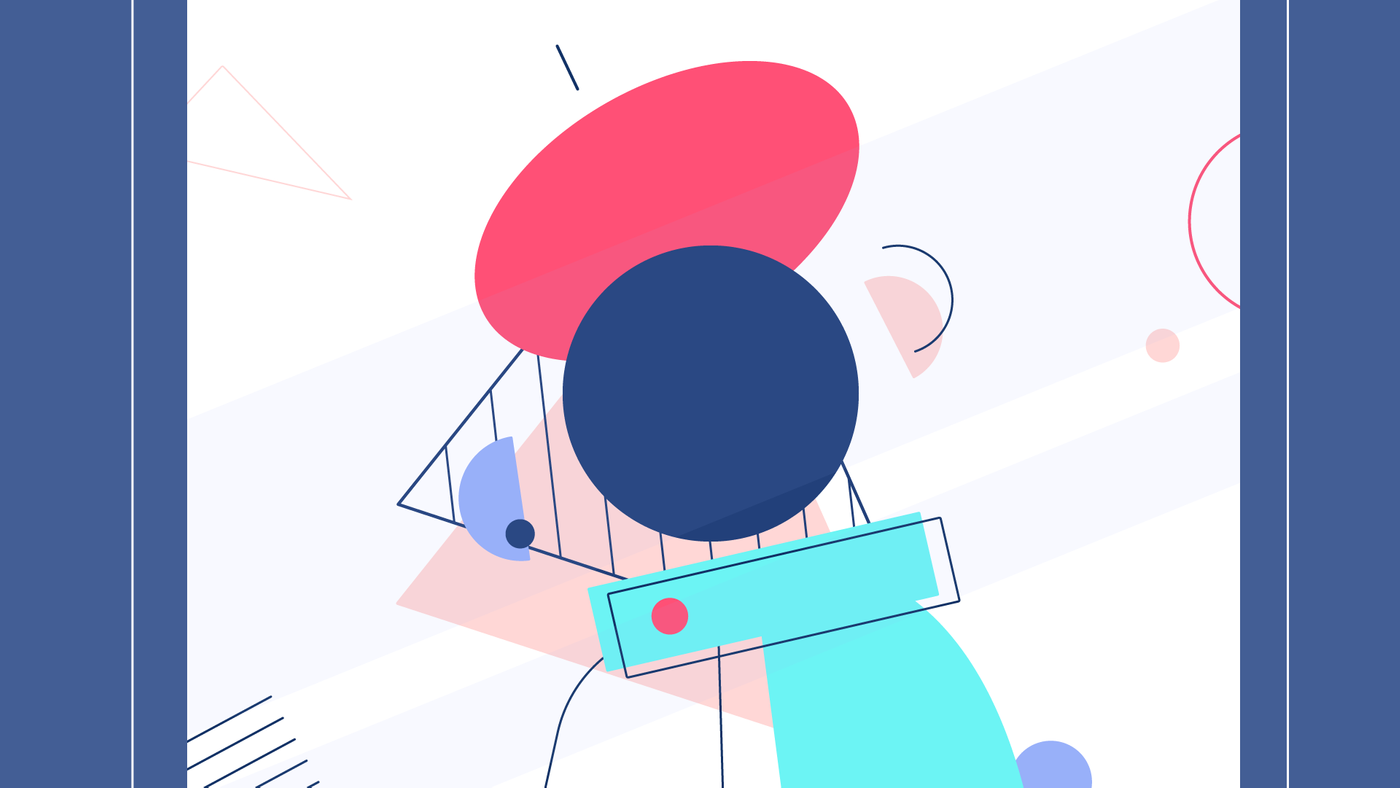 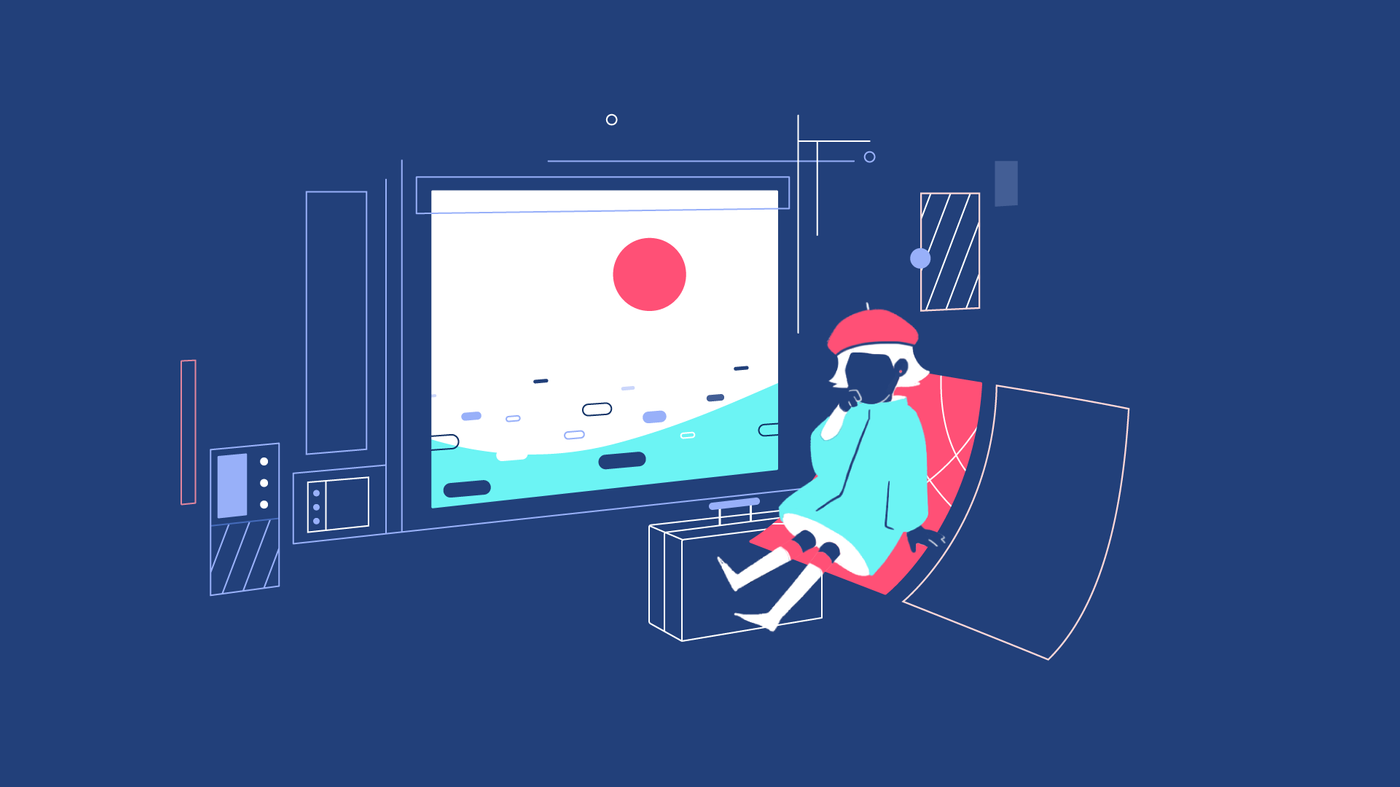 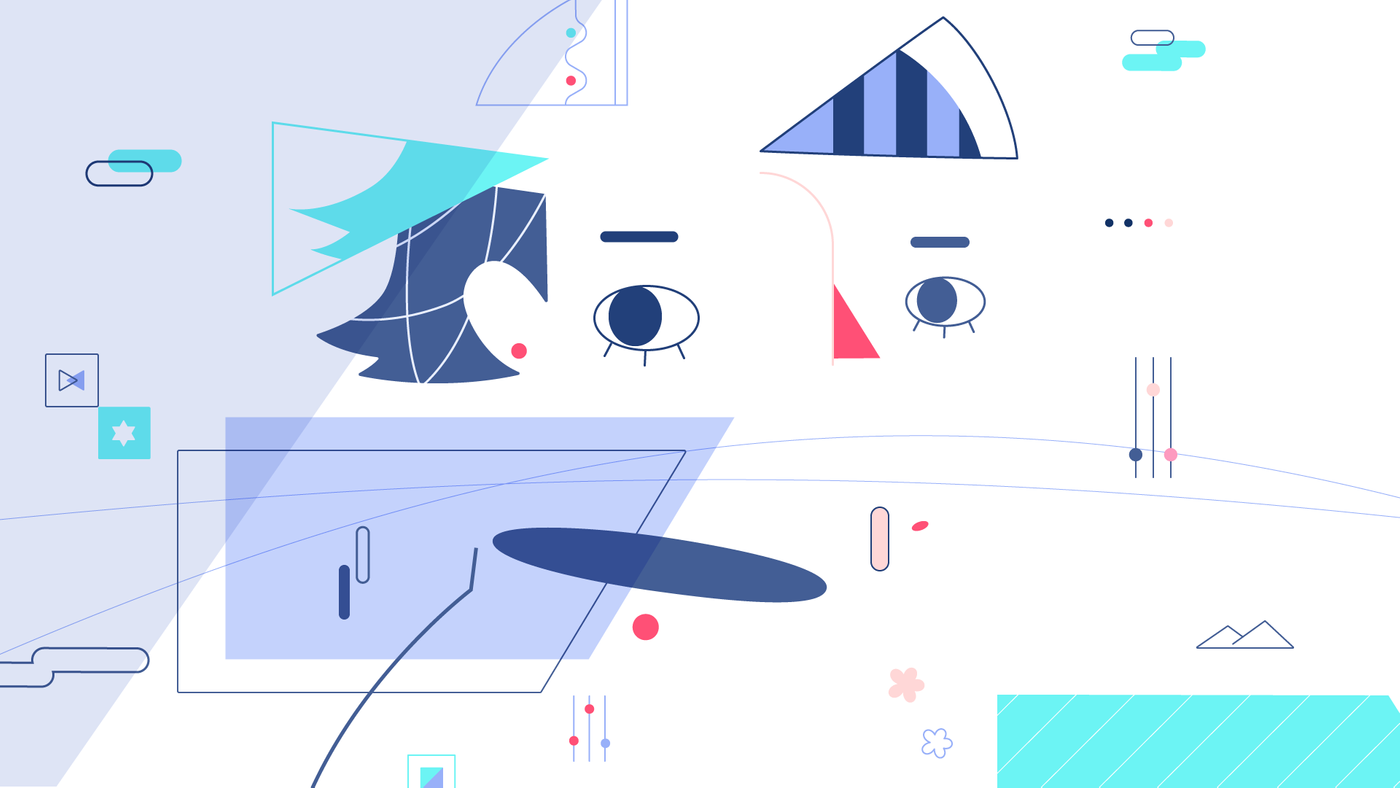 Following is a project I made for an event: AE/MG 4th Anniversary Party.

AE/MG is a Facebook group for motion designers, animators, and anyone who wants to learn about motion graphics. Created by Hans Lin, a Taiwanese motion designer in 2014, it enables people to share their works, ask questions, discuss new skills, software, or anything they want to know about motion graphics.
This is the official video I designed for the 4th Anniversary Party, which includes skill-sharing speeches and networking reception.

✶ Concept
As motion designers, it is hard for us to forget how life was while we just got started. The process of learning the software and making a project was painful because we need to deal with tons of problems and mistakes. We doubt ourselves every day and felt that everyone in the world is better than us. However, we all became better and stronger after overcame this challenge.

I want to remind people of this bittersweet memory in an interesting and hilarious way to amuse people who work in this industry and also promote the event. 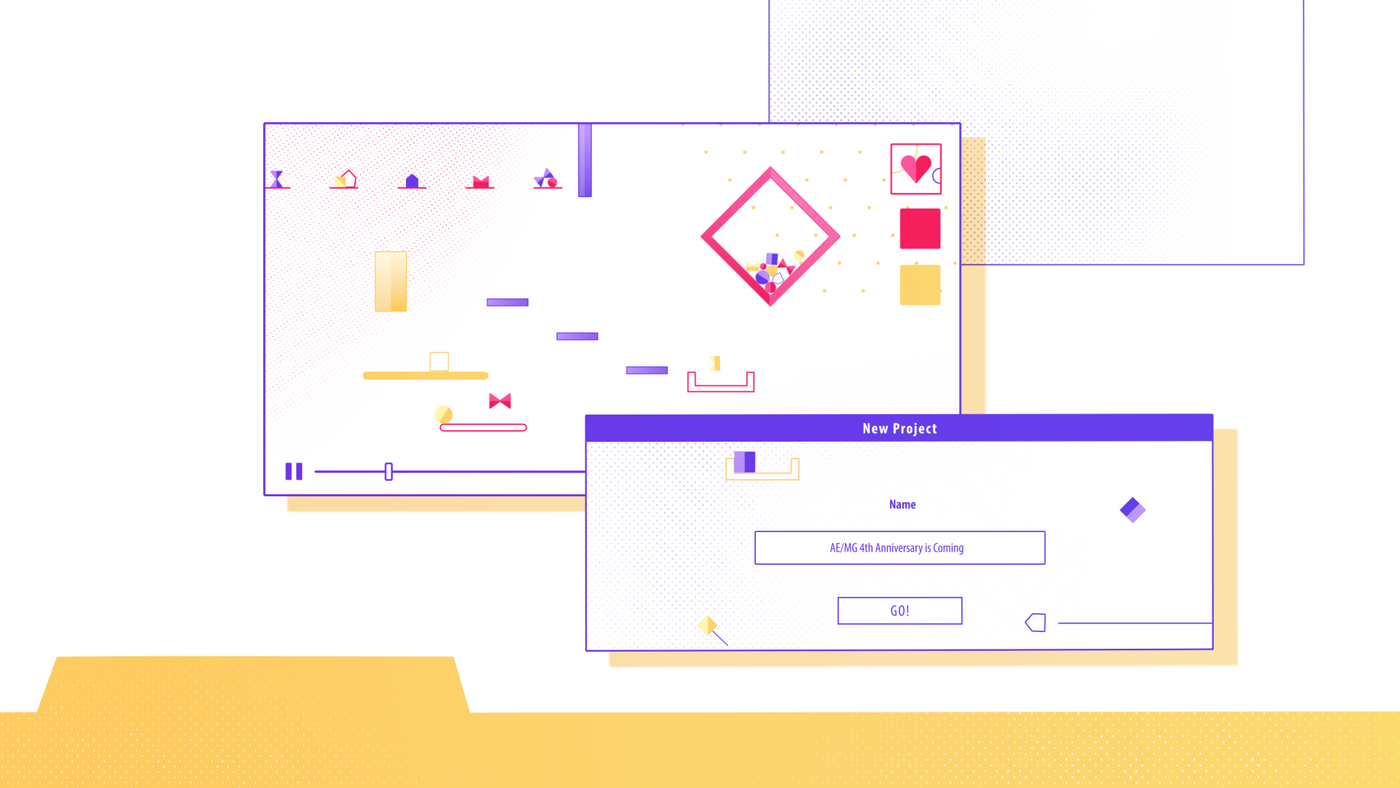 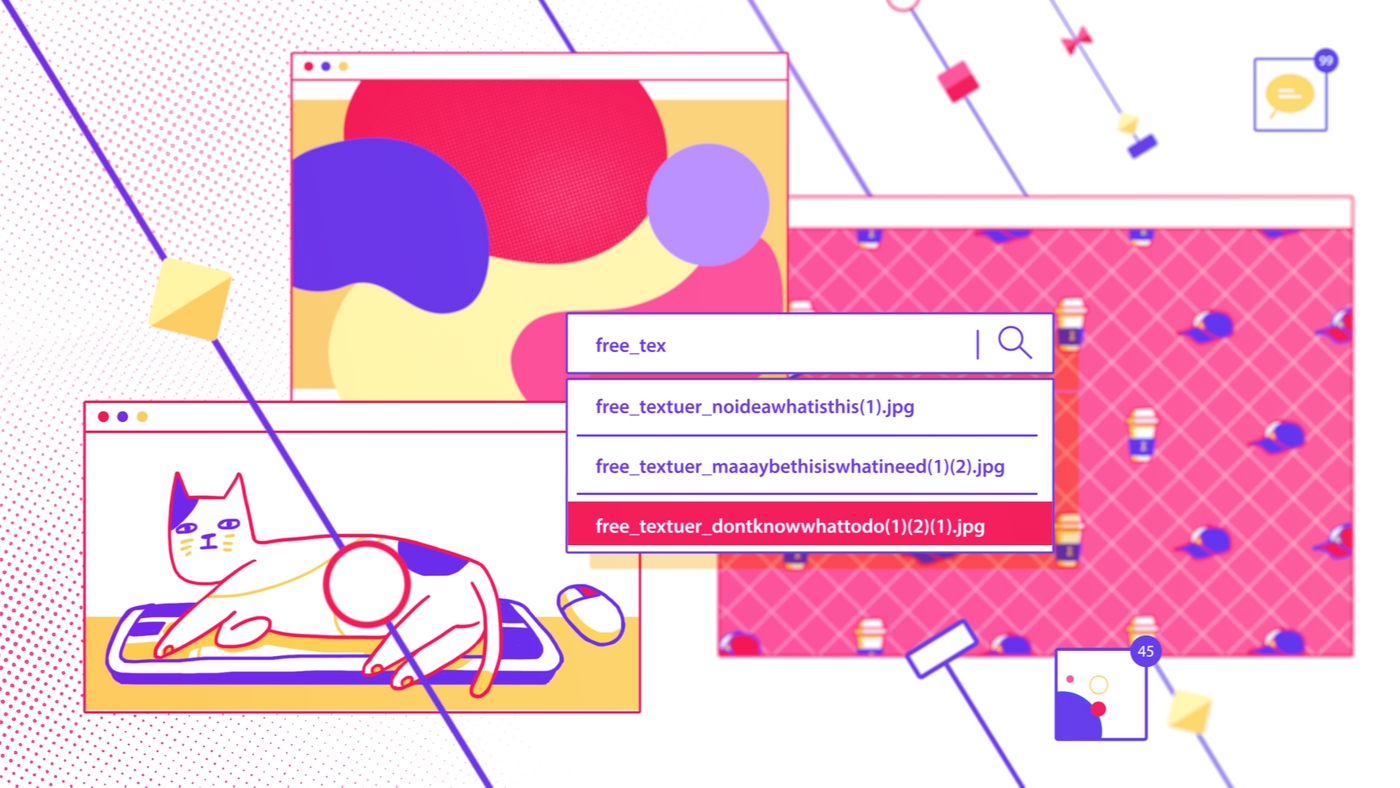 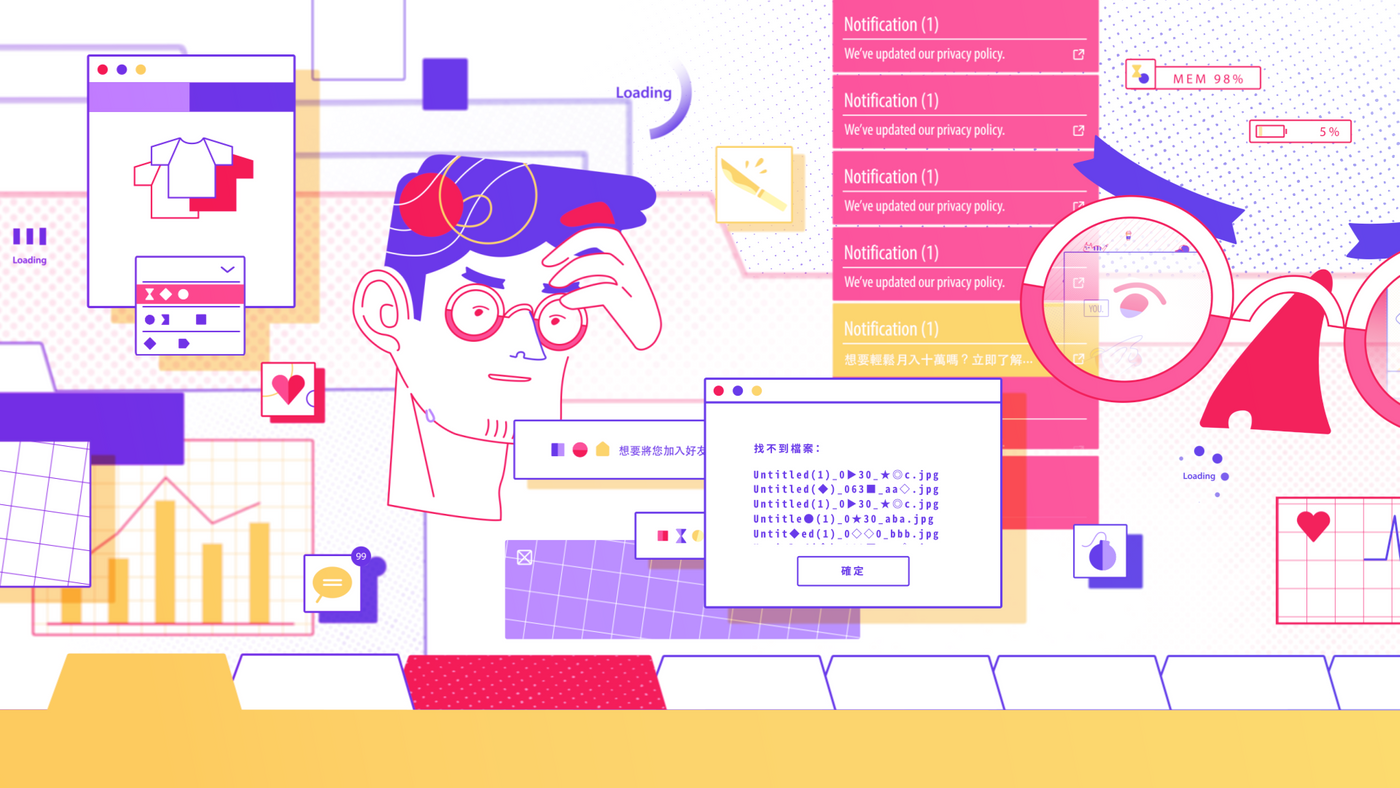 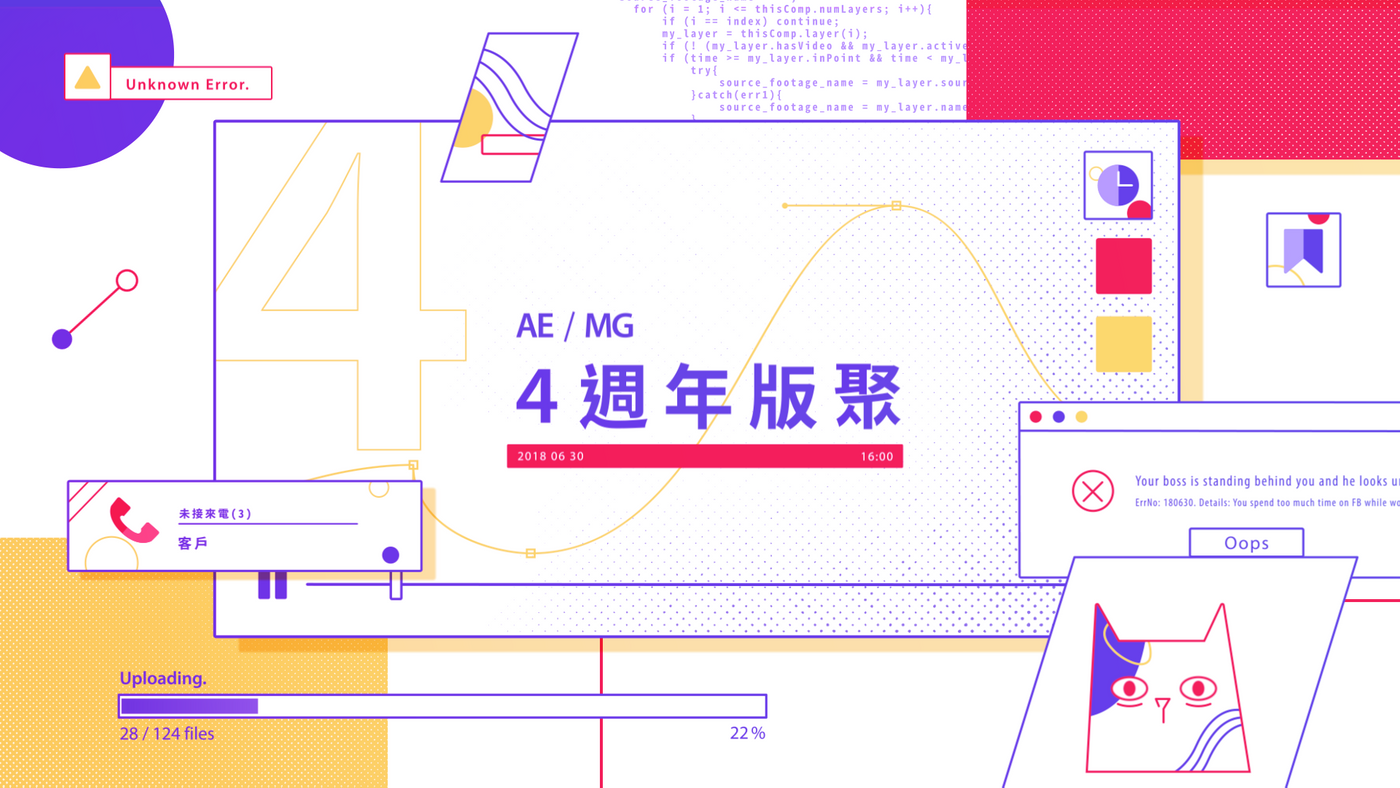 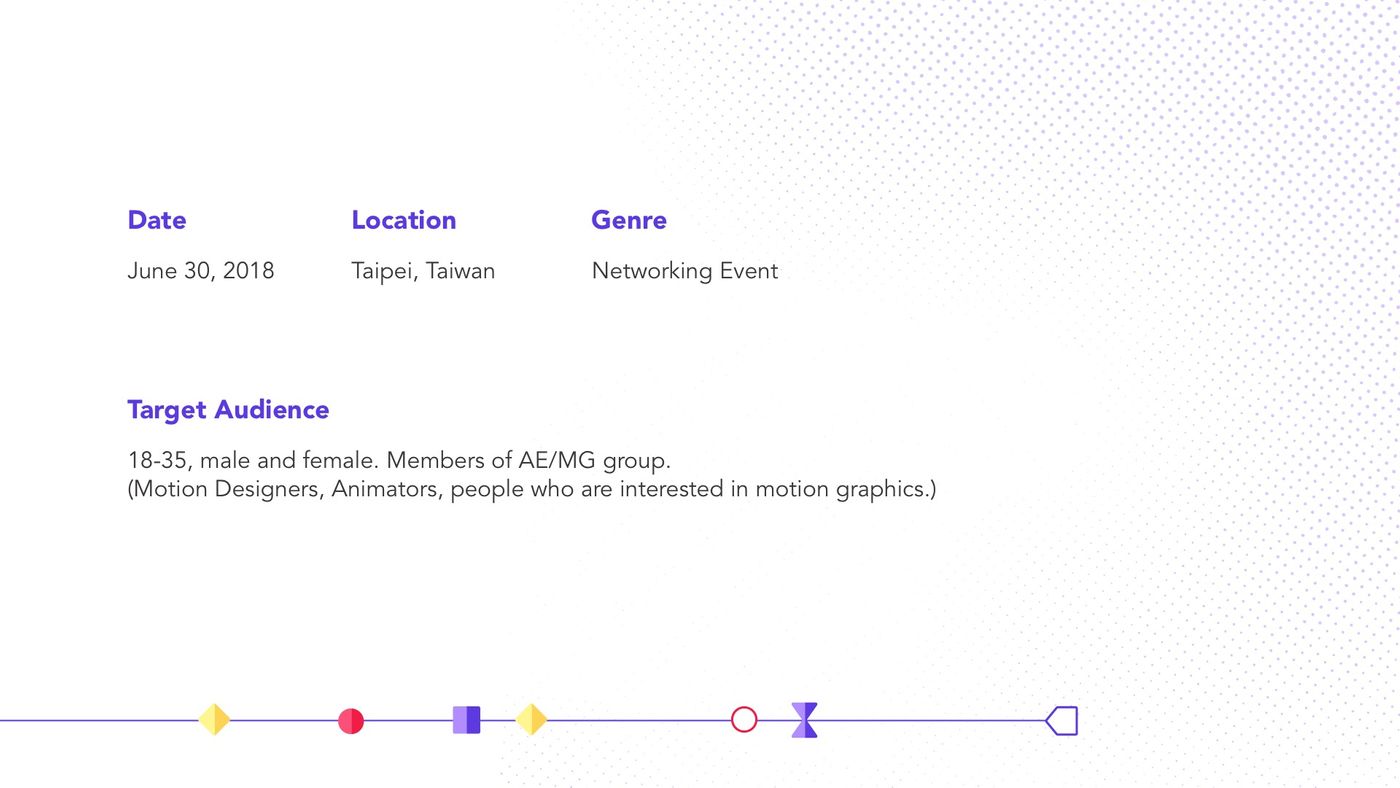 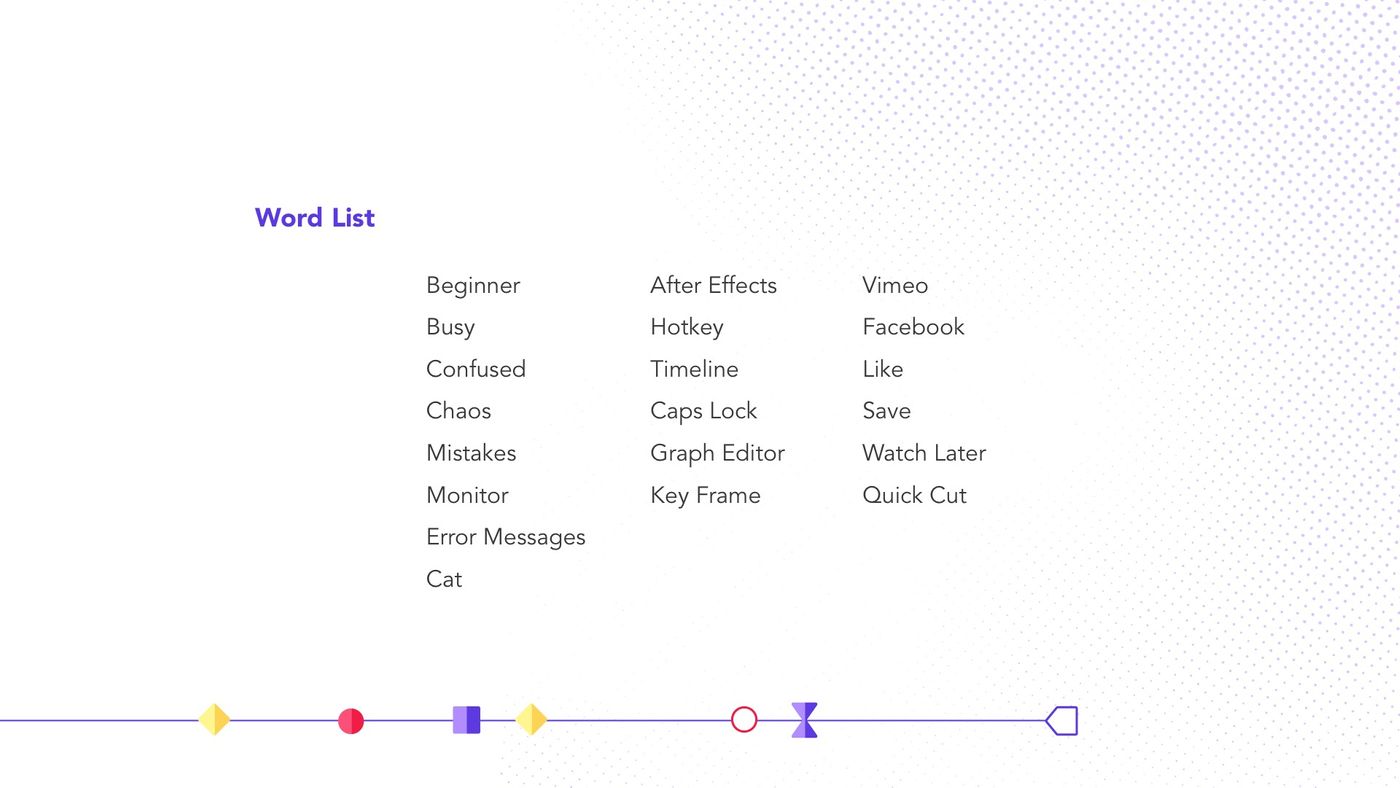 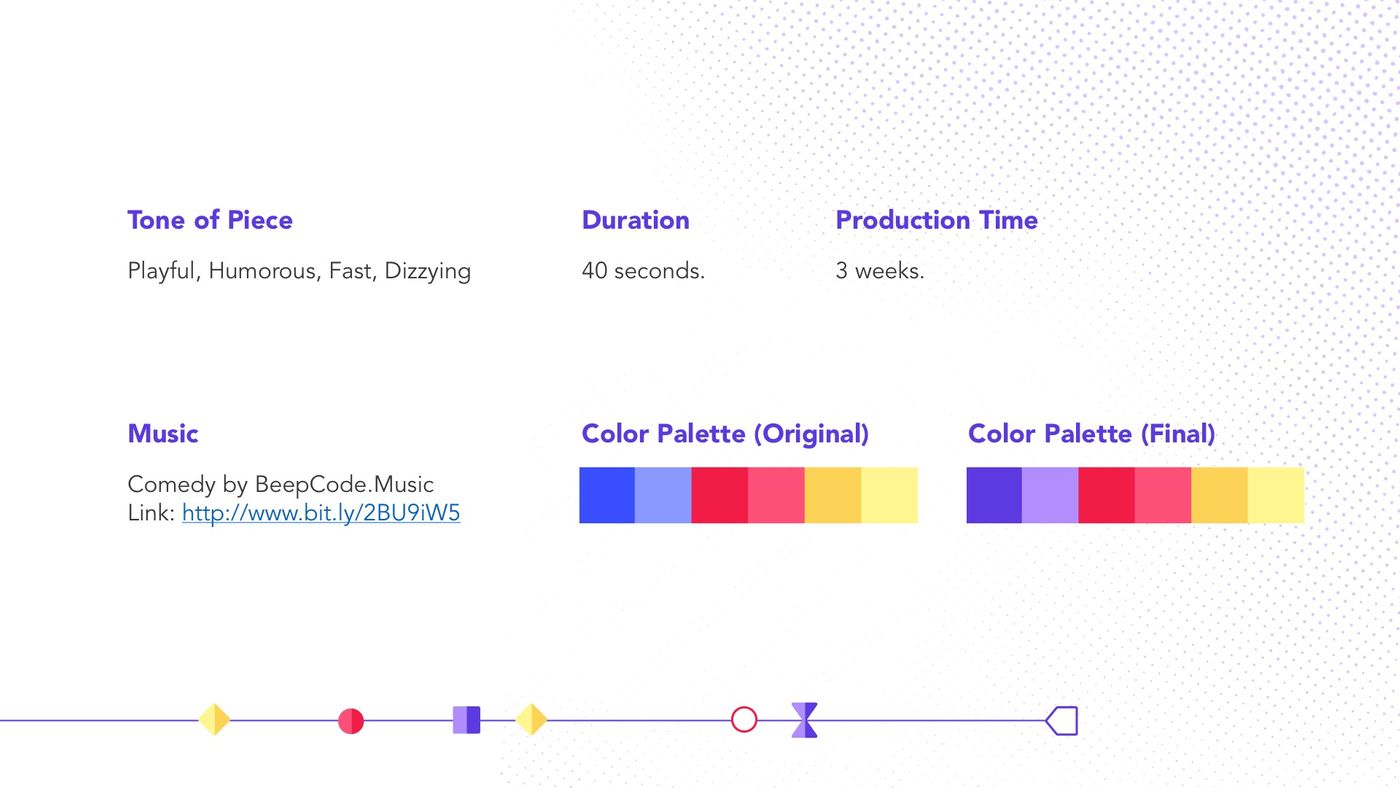 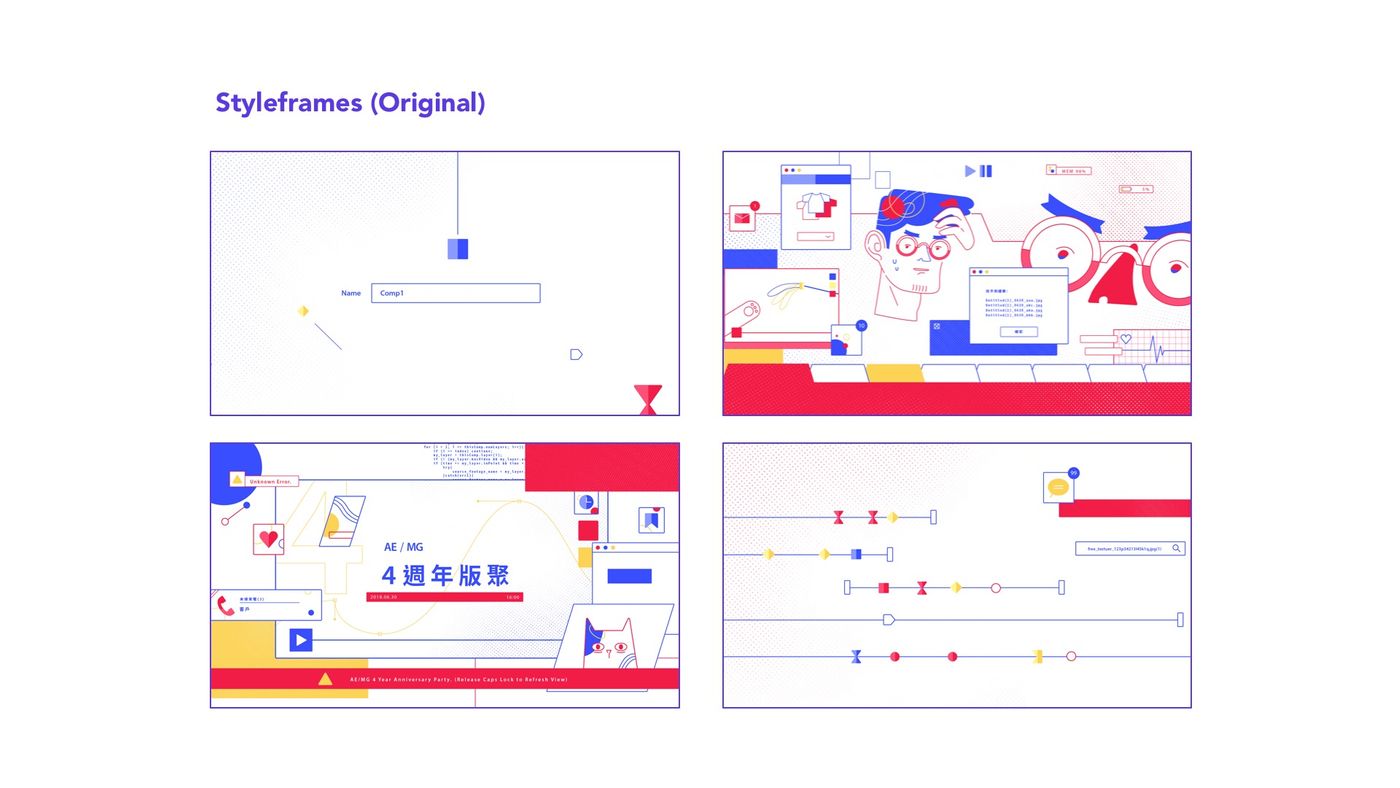 The last project I would like to introduce is the Seven Rooms Title Sequence.

Seven Rooms is a story written by Otsuichi, a Japanese writer.
One day, a young boy and his older sister find themselves trapped in a small, concrete room. There are seven rooms in all, each containing a different prisoner. On the sixth day, everyone will be massacred. Can they survive?

✶ Concept
The goal of this project is to create a tone of suspense and to make the audience feel the atmosphere of the story.

While making motion works, I always love to synchronize the motion to the music.
In this project, I use shapes such as strings and squares to create spaces and dimensions. As every transition and movement sync to the audio, it creates a strong and tense tone. At the same time, the idea “room” is expressed in an abstract way through these elements. 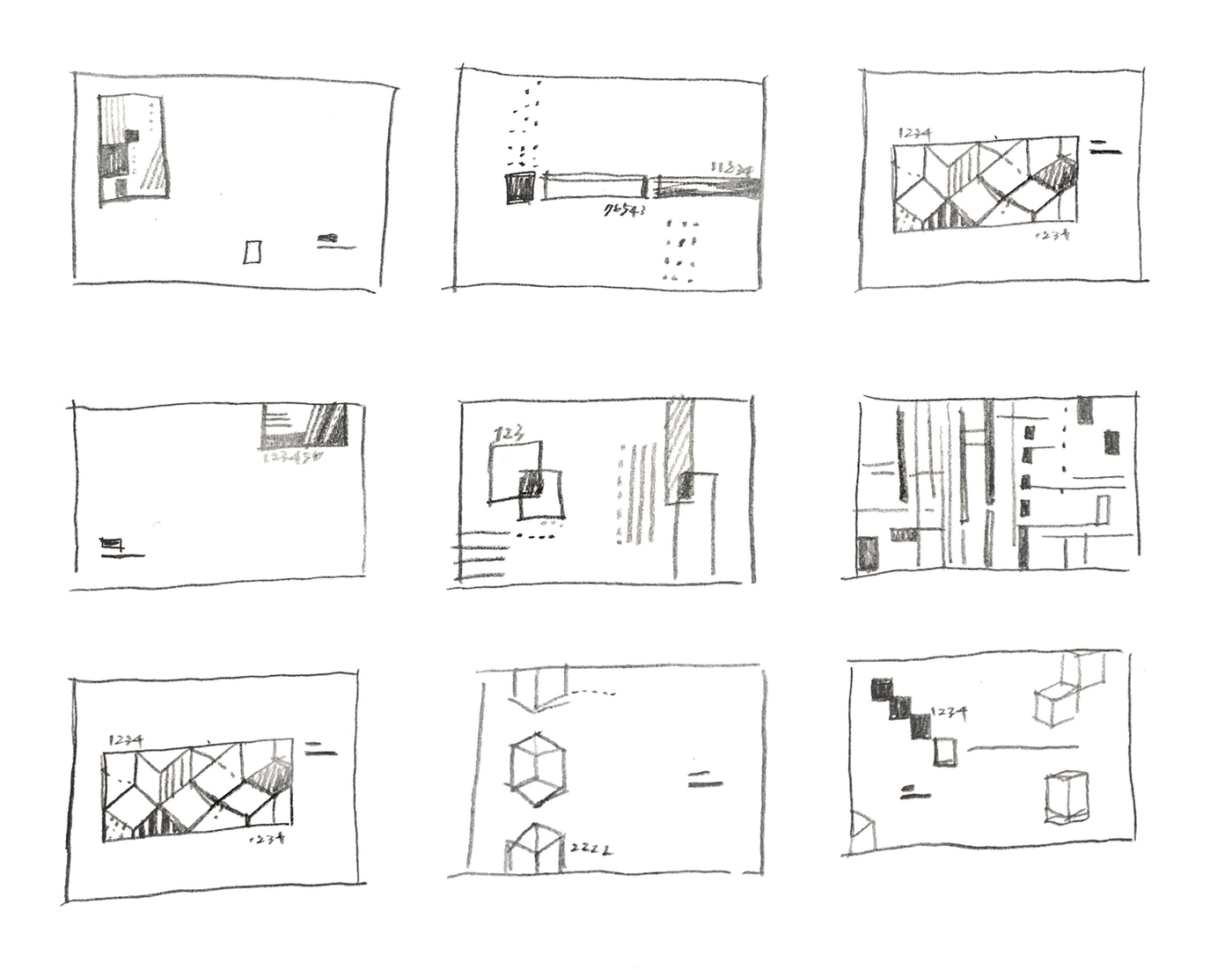 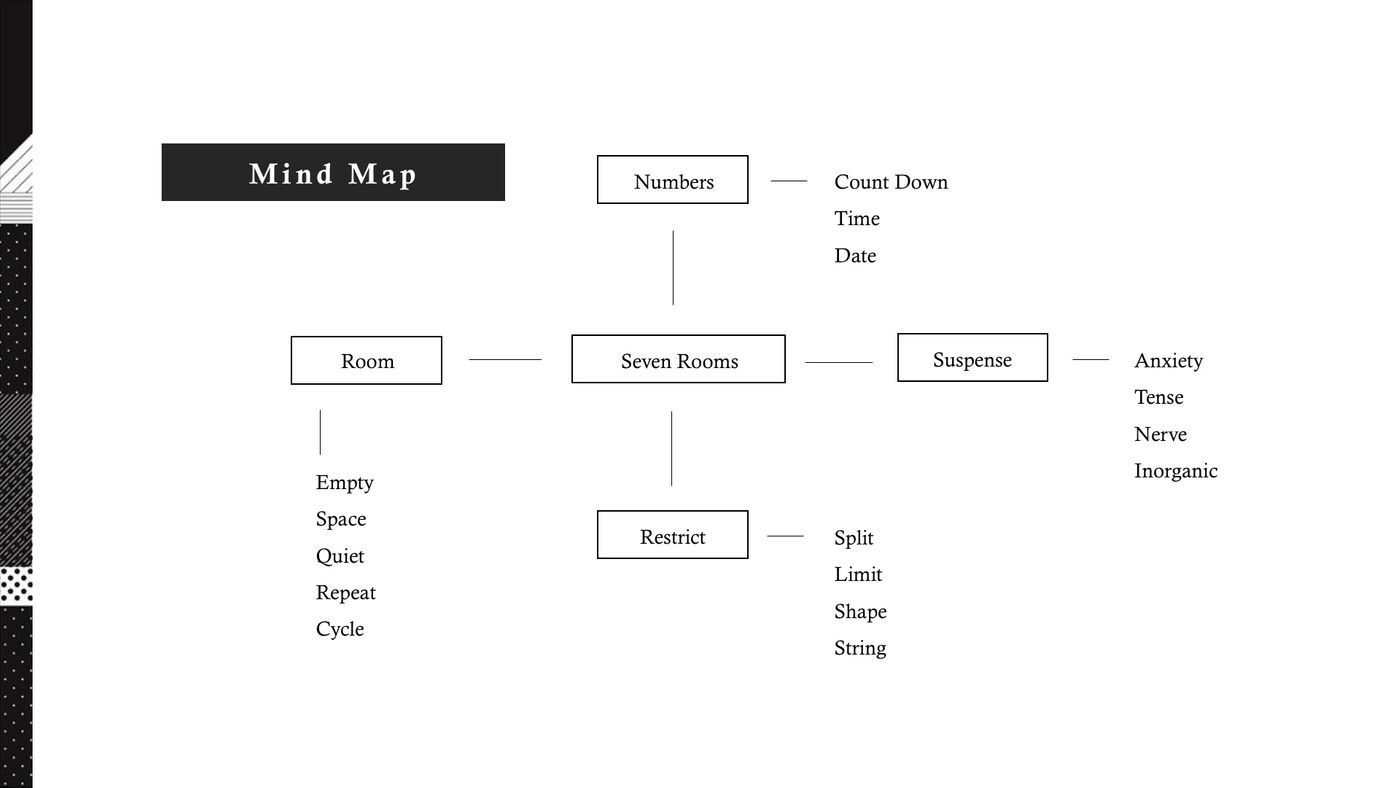 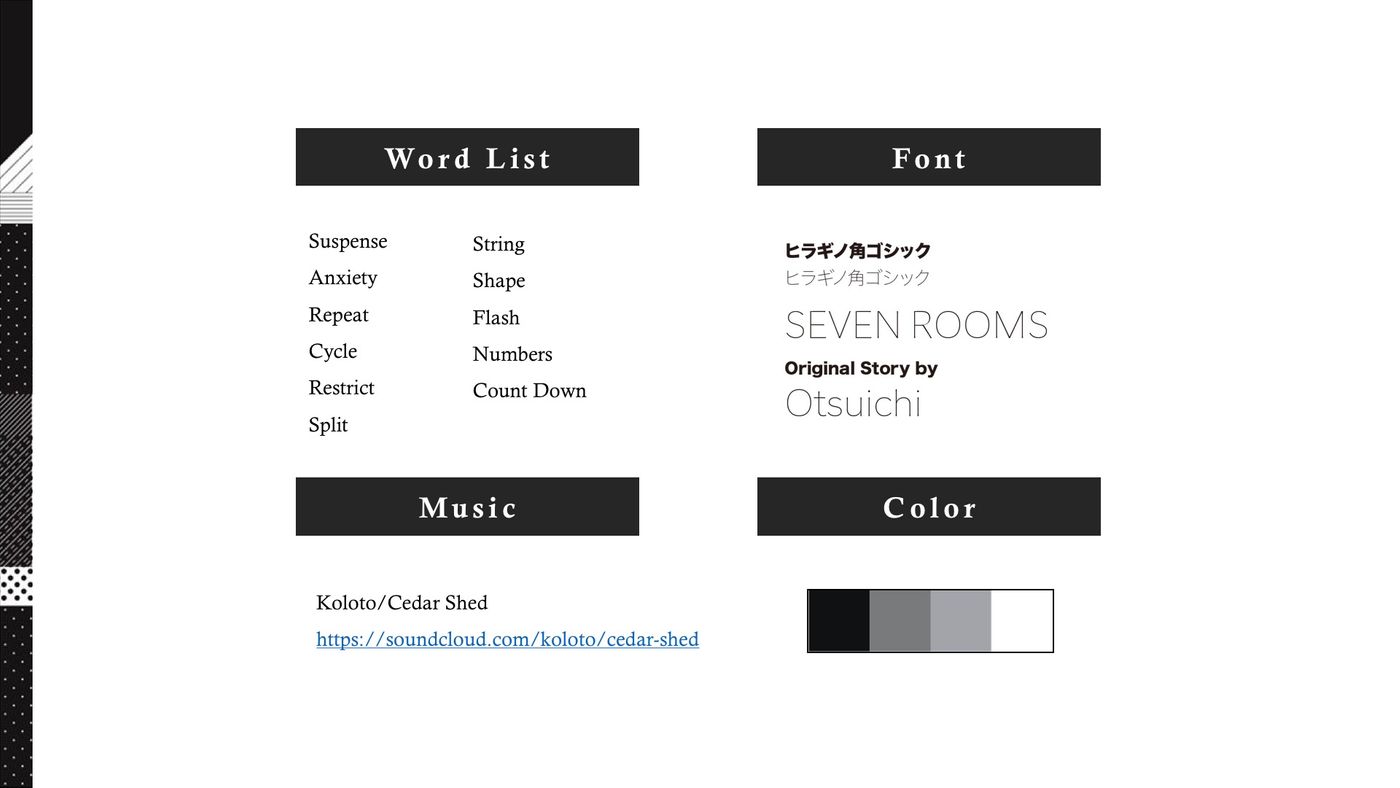 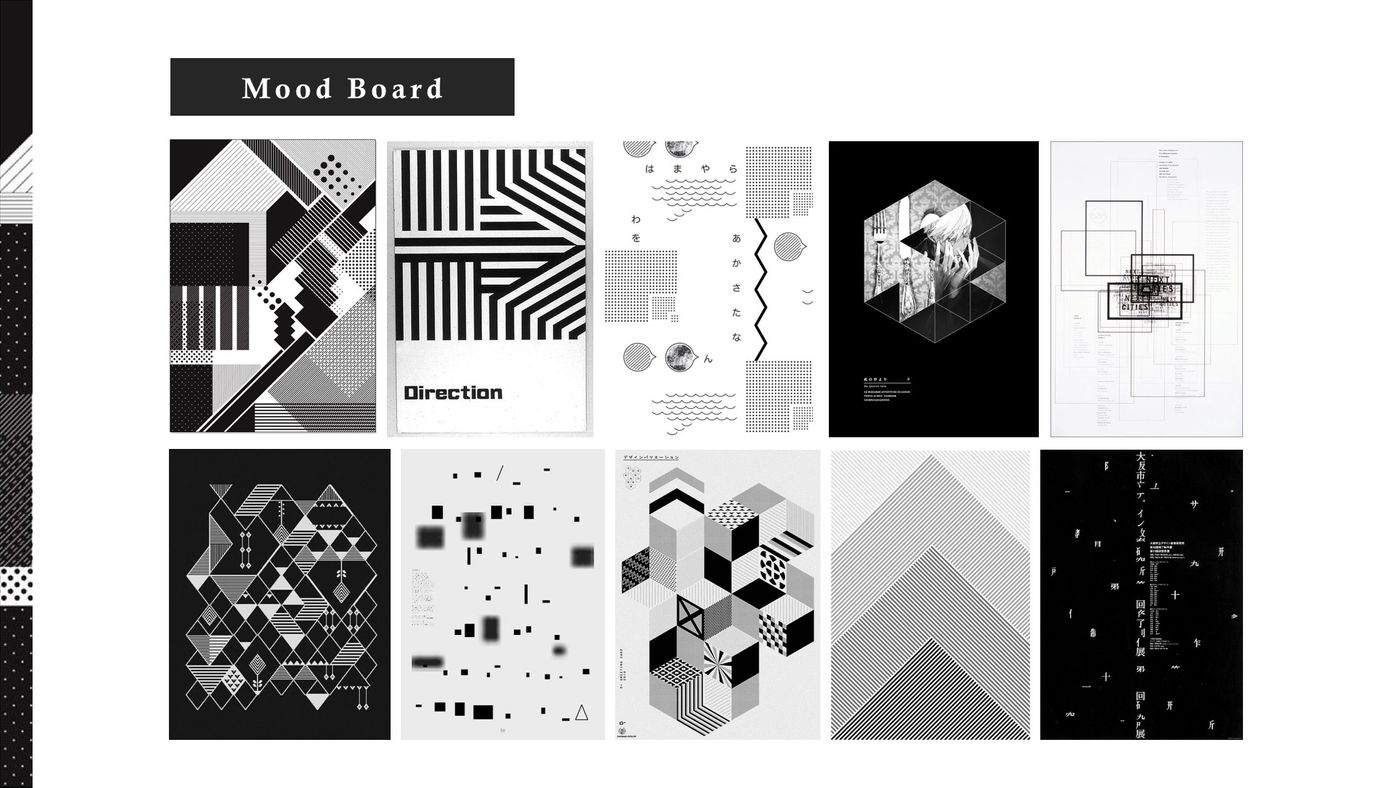 I guess that's the end. Thanks for watching :D