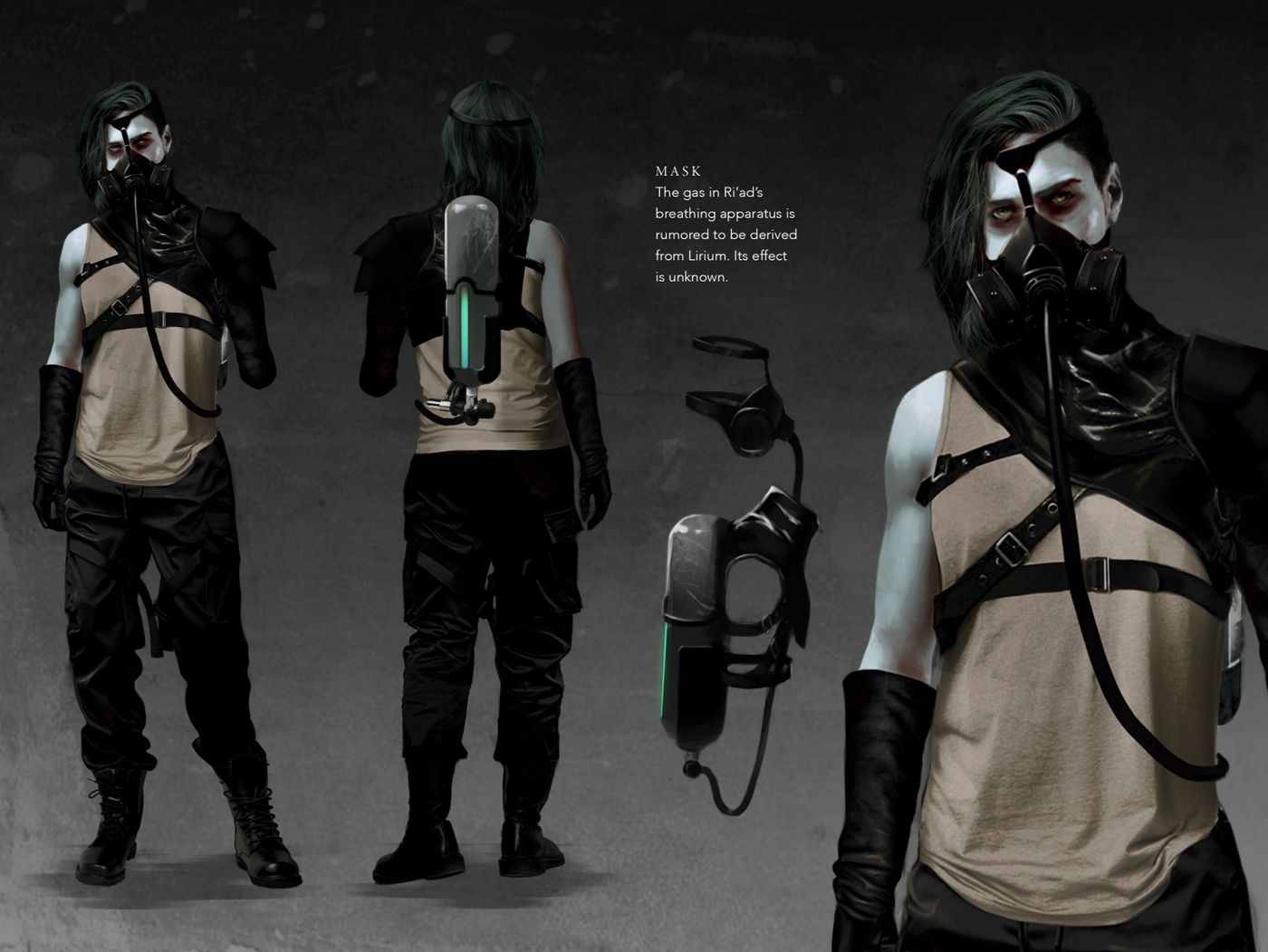 Some concepts from a personal project "Lirium"; a crystalline mineral that generates energy.

The war for Lirium is fought between opposing races Kidans and Morans. Kidans (resembling most to humans) operate a pseudo capitalist society, using Lirium to expand and innovate. Morans however, suffer from a physical affliction, and require intaking a gaseous form of Lirium to preserve their life. This physical disadvantage caused the Mora to descend into anarchy, with warlords using extortion to amass the mineral. The characters' individual stories would intersect and overlap, and eventually uncover a few secrets within each race. 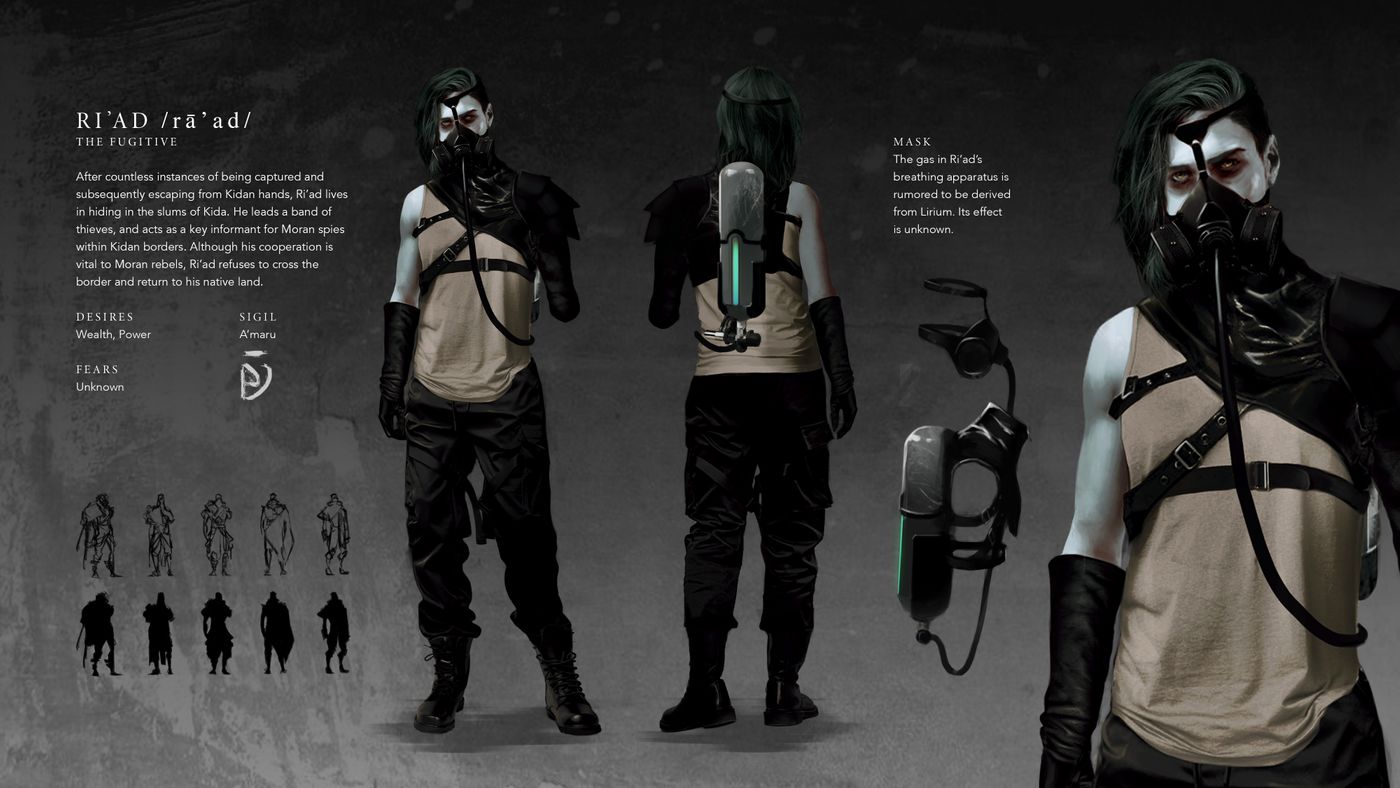 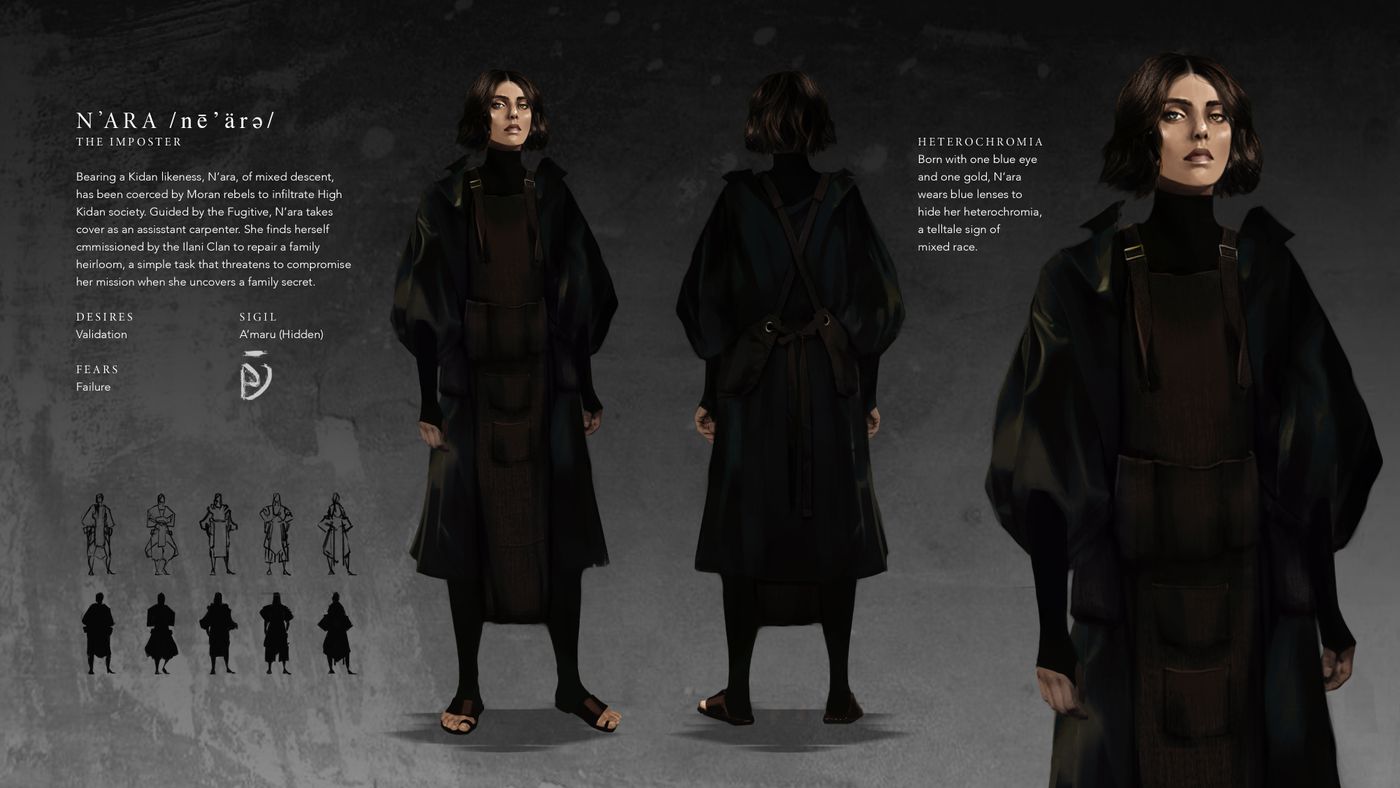 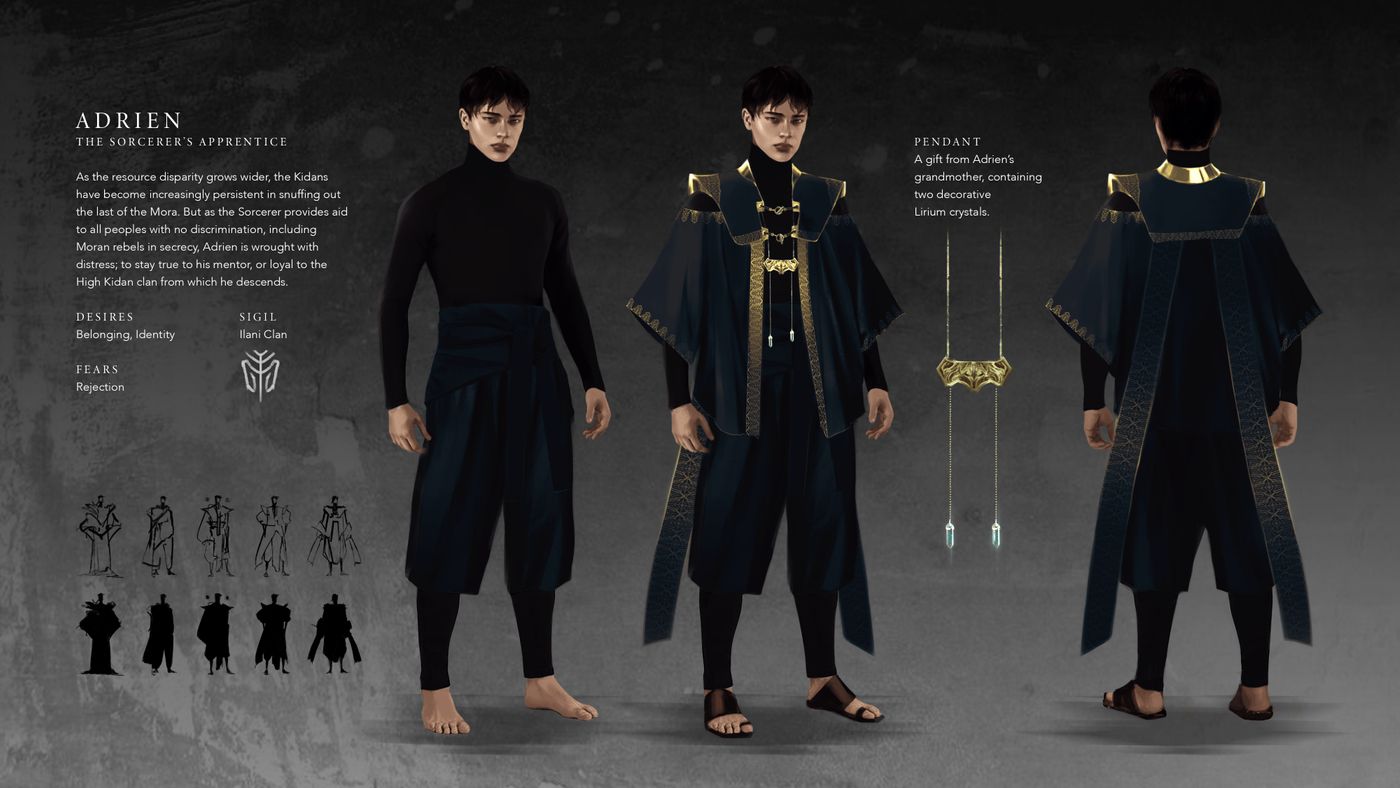 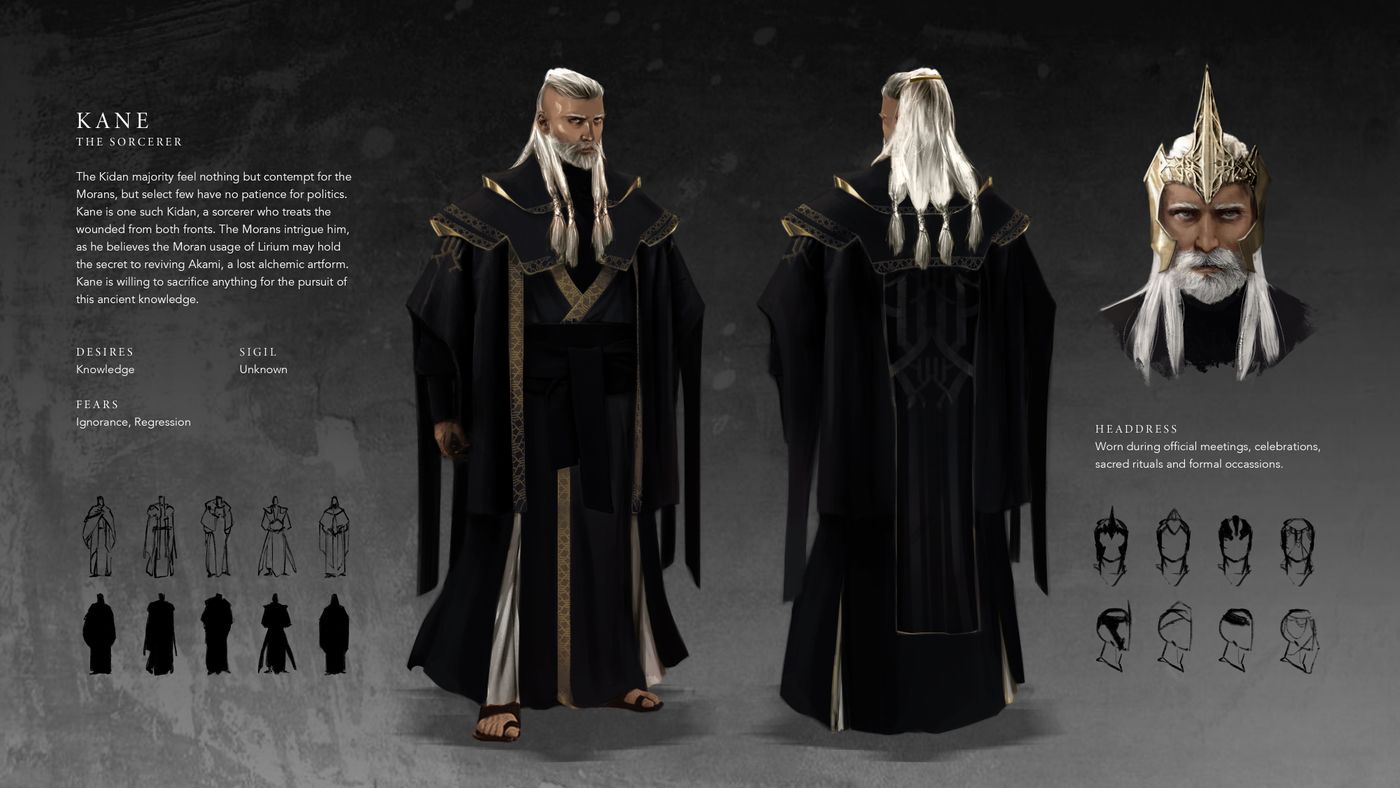