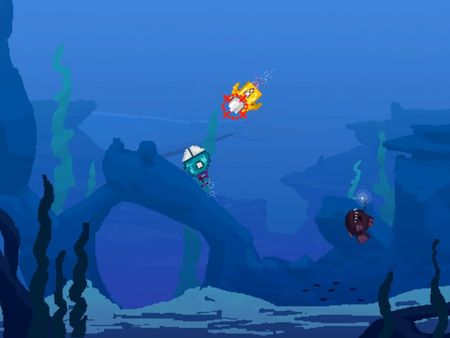 This was our first ever Unity project. Together with two 2d artists, two programmers and another design student we created "Subrawl" in one week. This is a mashup of four retro games in our own take, Lunar Lander, Bubble Bobble, Pac Man and Pong.

This one week project was our introduction to Unity. Our task was to make a retro game mashup, making a game that was heavily influenced by retro games.

I made the "Pac Man" pickup, the target seeking fish that explodes on impact.

I also worked together with the other designer, Oscar Olsson, with simple animations,  animation implementation, and UI as well as general design.

Basically, we started out with a simple game loop, but ended up adding more on top of it for pacing purposes and replayability, since the mechanics are simple but provide a lot of different possibilities.

We also randomized the pickups for replayability and unpredictability, to keep the players on the top of their feet during all times, since ALL mechanics can end up "backfiring" if the floaty movement causes them to collide and accidentally kill themselves!

The first thing we did was deciding on what games we felt were exciting, what core elements and mechanics we could break down the games into, and then we started iterating and prototyping on what we thought could work well together.

We had some basic prototypes day 2, and from there on we just started adding things that we felt were fun and removing or tweaking things that weren't. We chose Lunar Lander, Bubble Bobble, Pac Man and Pong.

The reason we chose lunar lander was that we thought the physics was an interesting and relatively easily "blendable" mechanic, that could fit well with other mechanics from other games. We wanted the floatiness of space and the movement struggle that comes with it, but we also didn't want to make too hard for the player, as lunar lander is a very unforgiving and hardcore game.

However, we still wanted to capture that essence of the retro game, as all the retro games are pretty hands-on, unforgiving, and have short and intense game loops.

After tweaking the physics to an underwater environment that you also sink in we felt like we had captured the physics Lunar Lander mechanic essence but in a little bit more modern way, as it was less ruthless.

Retro in a modern way

We still wanted, as mentioned earlier, the retro feel. The mechanics, art style and sound effects are all retro styles, but the mechanics have a little bit of a modern twist, with smoother movement and 1v1 PvP multiplayer.

PvP multiplayer was one of the things we as a group wanted to provide from the very start, short intense game loops trying to beat your friends. We also wanted replayability, and to quote Andrea Babich; "mastery through repetition".

At this point, we're thinking about how the players could beat each other.

A very fun mechanic is the bubbles from Bubble Bobble, and since we already had the floaty spacelike movement from Lunar Lander we thought "hey, why not have it be underwater?" and that's also where we decided the bubbles would be a lot of fun and make sense.

So we added bubbles that the players can get caught in, and they can also pop each other.

This is an environmental hazard that spawns on an invisible timer from the bottom of the screen, and it's dangerous for both players. However we wanted to be a bit more forgiving than this, so we also added the option for the player to spam their movement buttons in the bubble to break it. This way you're not completely screwed if you accidentally "swim" into a bubble.

We were continuously thinking "how can we make this a better PVP experience?" so we added pushing. You swim into your opponent and push them into a bubble if you're skilled, and then pop it.

This was a nice and simple game loop, but we wanted something more to spice it up.

We wanted to add another threat. We decided to go for pickups. This particular pickup, the "Pac Man" pickup, spawns a fish that hunts down your enemy player when you activate it. It's a fish that has the distinct Pac Man chewing animations, and it kind of acts like the ghost AI's from Pac Man, without the grid movement.

This was fun, but it was predictable, and we wanted to add something more to make it harder for both players.

This particular pickup starts an AI-run pong game in the background of the game scene, where two dolphins throw a poisonous pufferfish in between them.

This adds stress and challenge for both players since they both have to be careful about where they move. The players can also try and push each other into the pufferfish, but because of the lunar lander physics, if they're not careful, they might end up killing themselves instead which we thought was a fun twist. 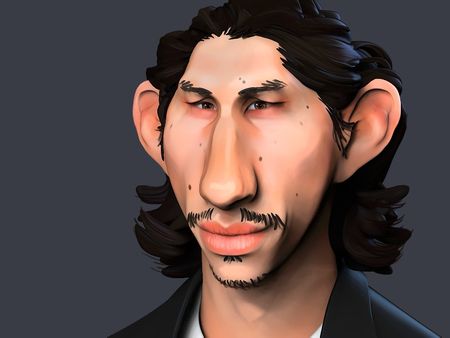 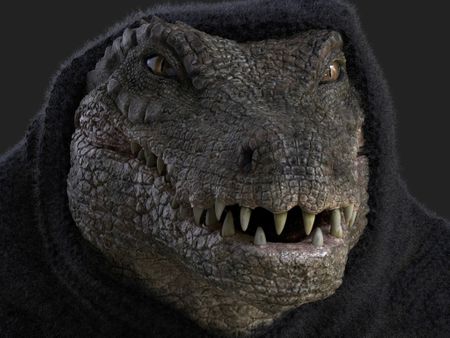 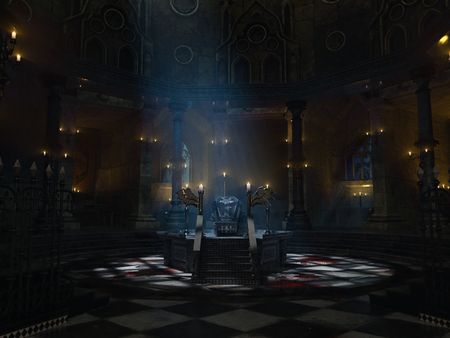 where the vamp lies