Concept illustration of the leraba. 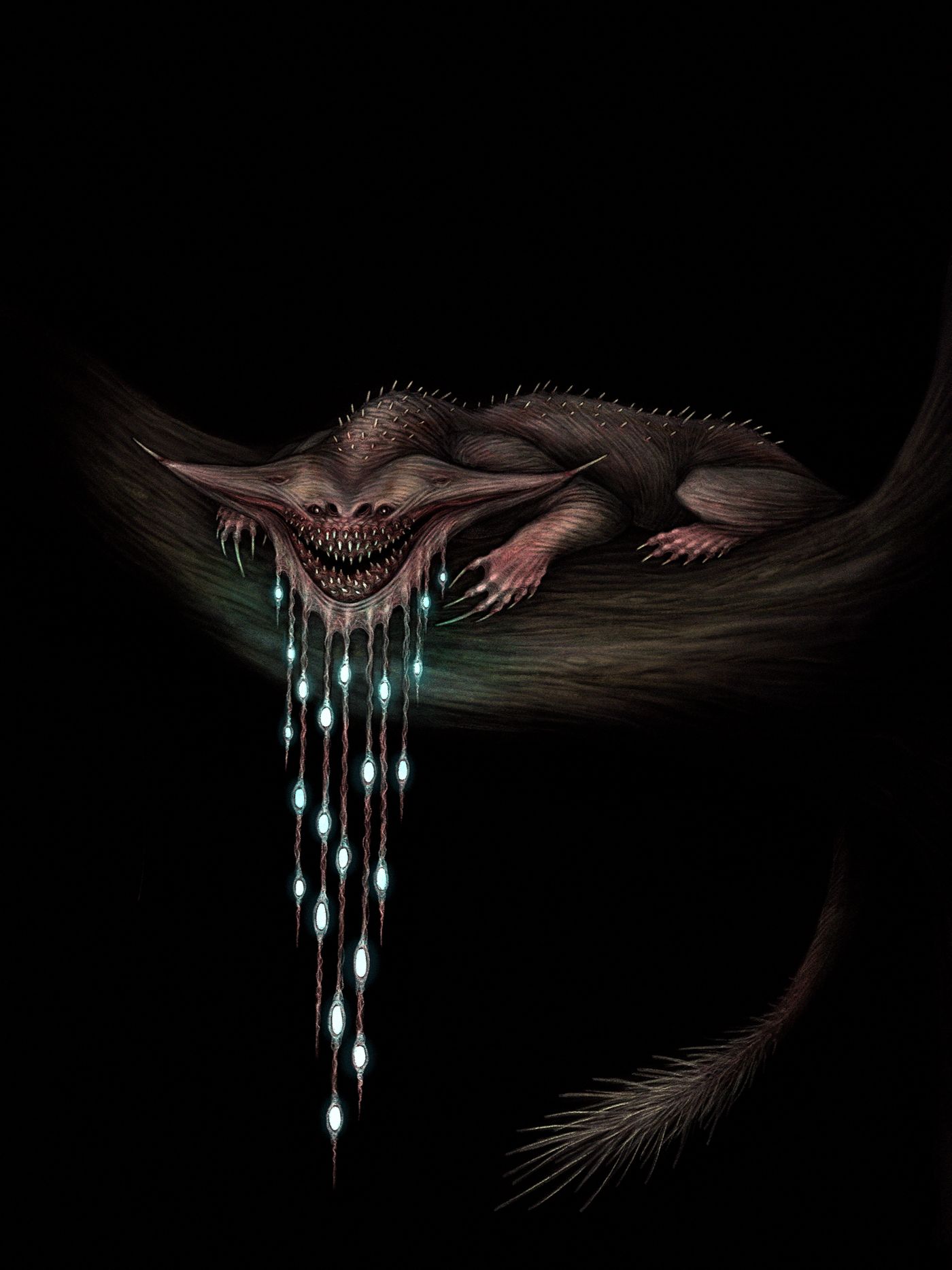 A nocturnal predatory beast that utilizes bioluminescence as a lure. The leraba spends most of its time motionless, flattening itself against a tree branch while its bioluminescent lures hang below. Its primary target is a small flying beast that hunts a species of bioluminescent insect. This beast’s vision is particularly sensitive to blues, as the insects it feeds on emit blue light. By mimicking now only the color of the insects’ lights, but also their light patterns, the leraba is able to trick its prey into thinking its lure is a group of insects. Upon coming into contact with the hanging tendrils, its prey will be caught in a tough, sticky substance. The leraba then uses both its hands and its long tongue to bring the catch into its gaping mouth. 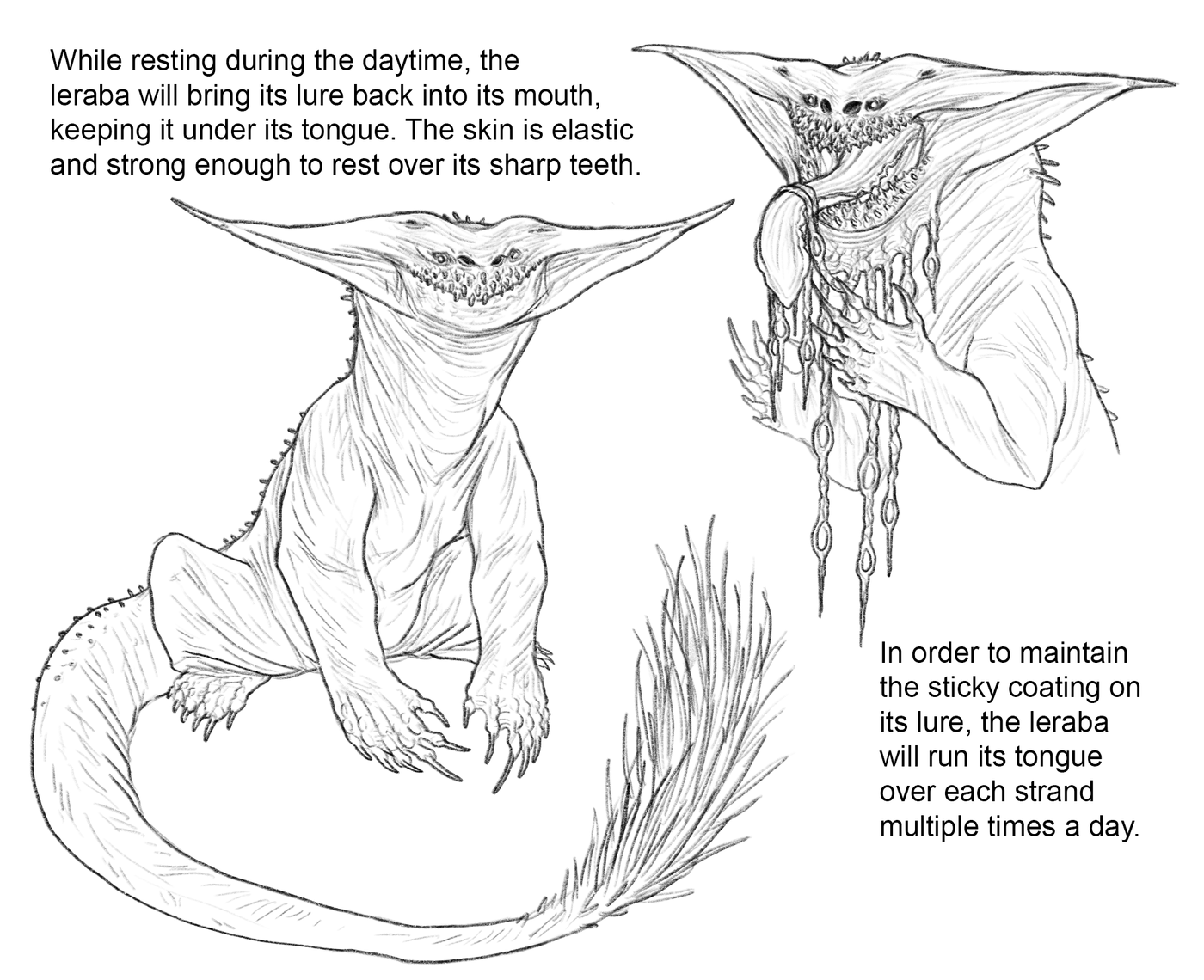 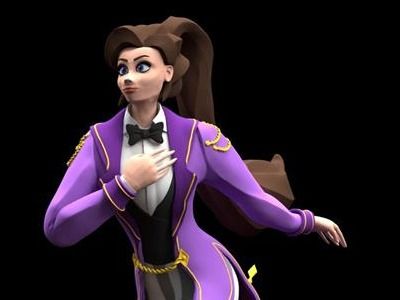 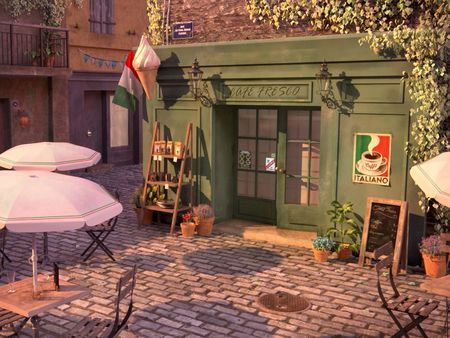 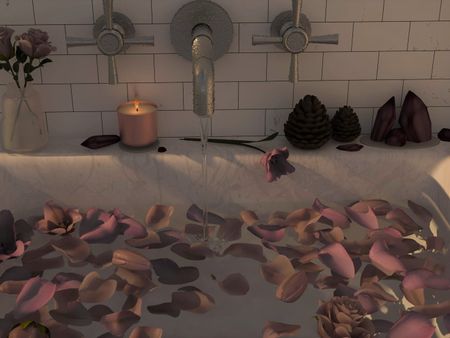