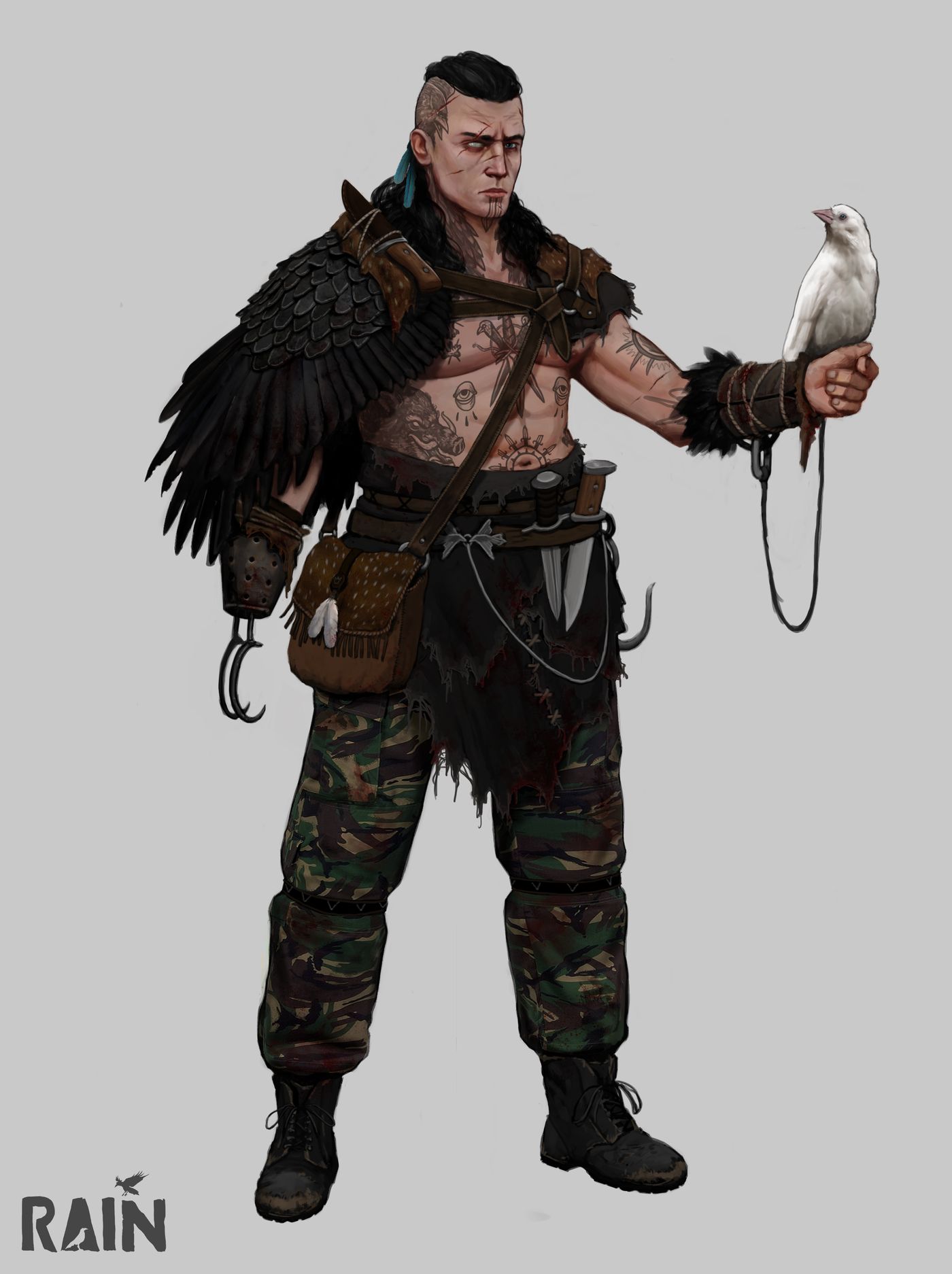 For this piece I wanted to revisit one of my main characters from my final university project 'Rain' that I made in 2018, mainly to see how far I had progressed in this year.

The story of 'Rain' is set in a post apocalyptic, tribal Great Britain. A land filled with dense forests and open land with remnants of societal infrastructure. The world is teeming with animal life but rife with tribal war.

This is Kingfisher, he is the leader of the Pale Crows, a warrior tribe that controls the Pale Forest. He was chosen to lead the tribe after his predecessor fell in battle during the War of Three Swords, the same battle that saw him lose his right hand. Kingfisher is a fierce, battle hardened veteran of war and unrivaled in fighting ability, often found alongside his companion 'Queen', the albino crow. 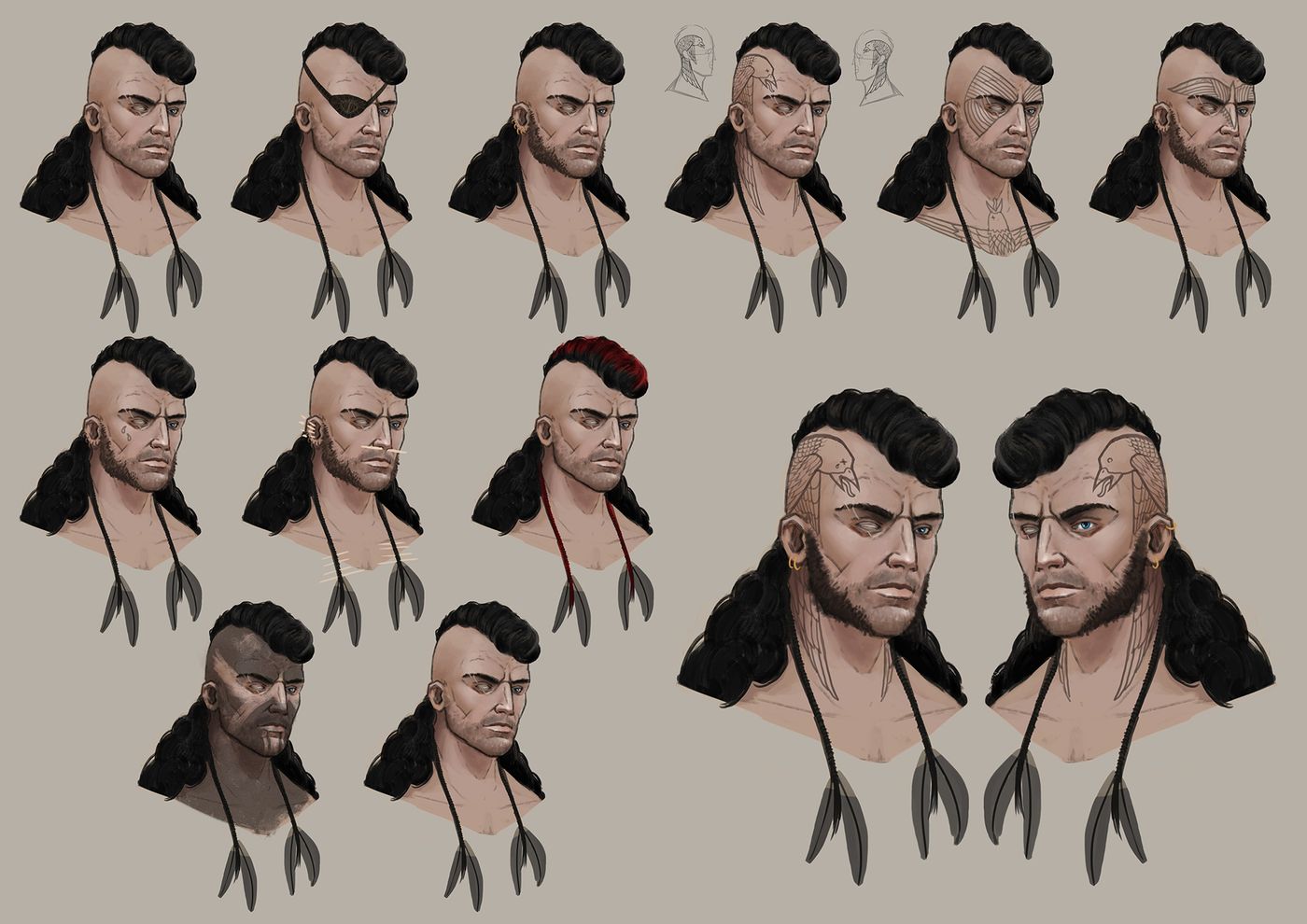 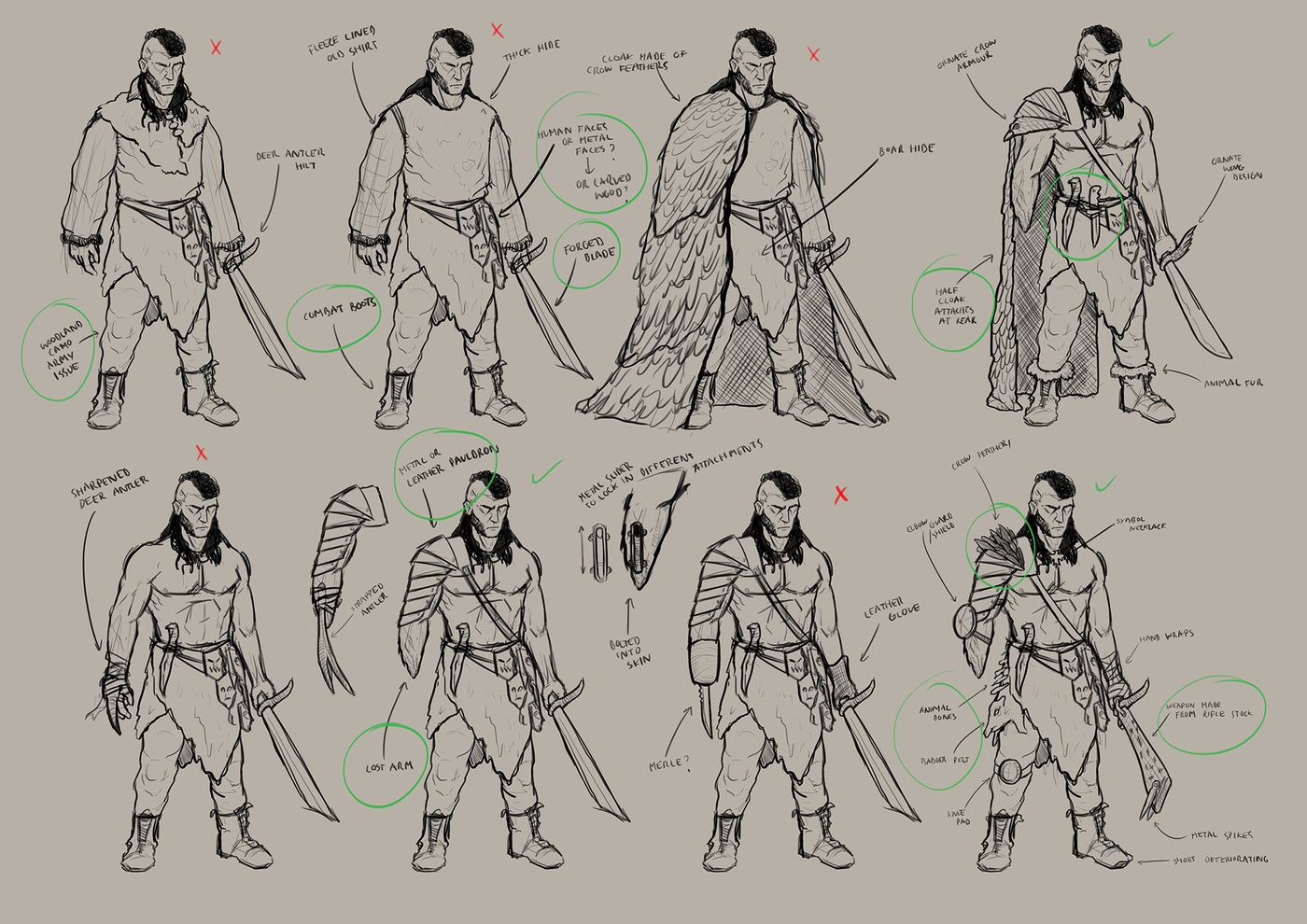 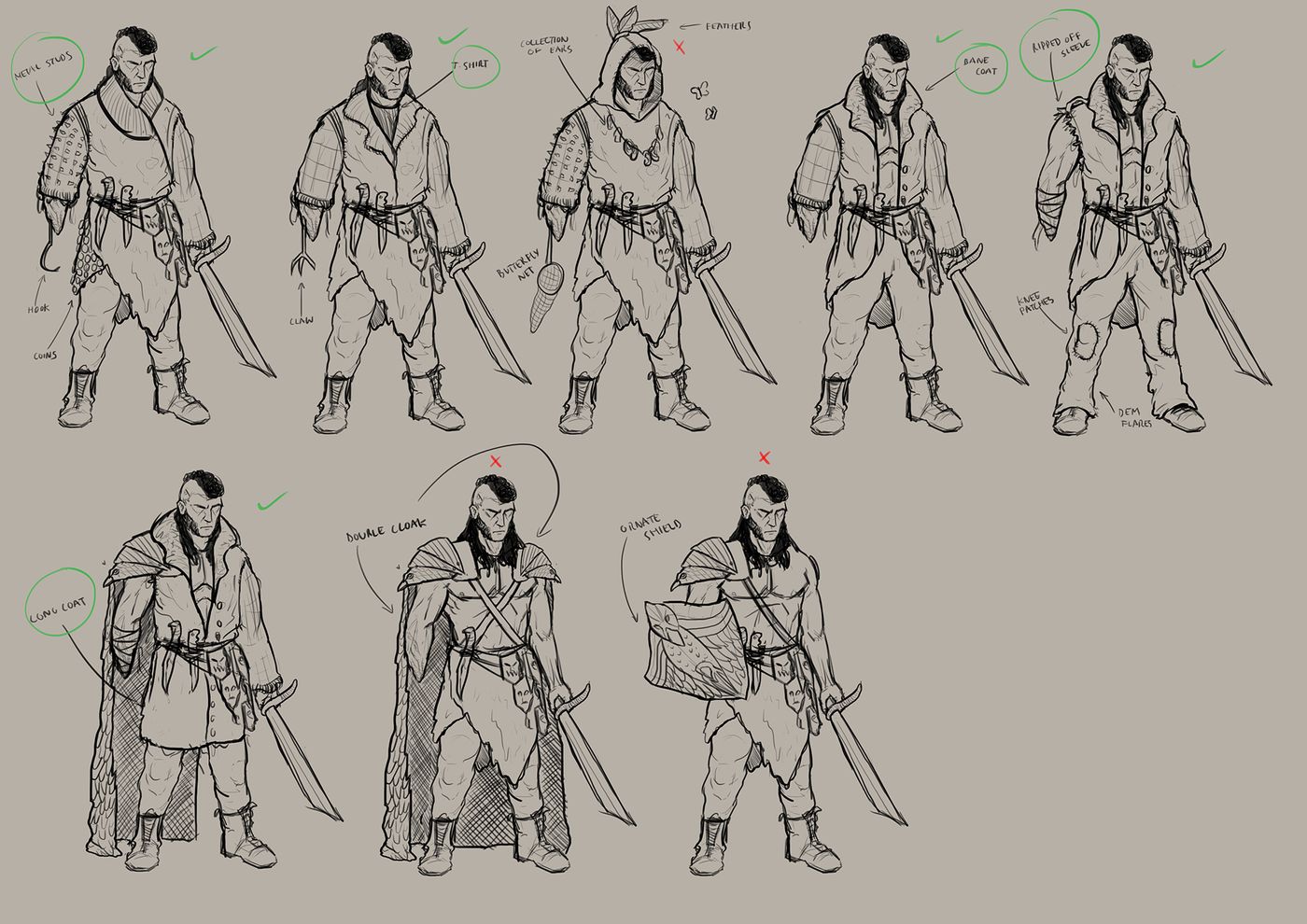 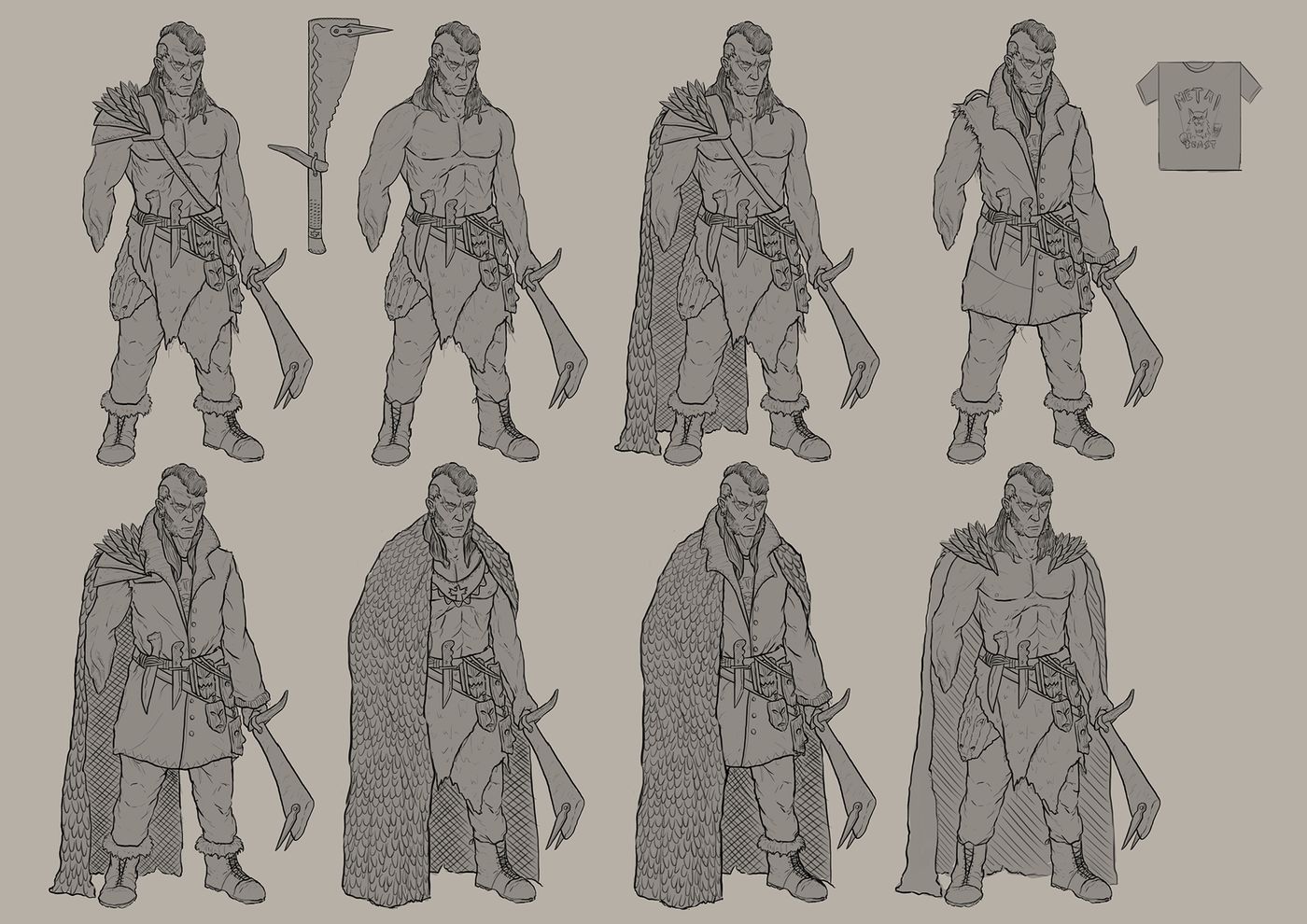 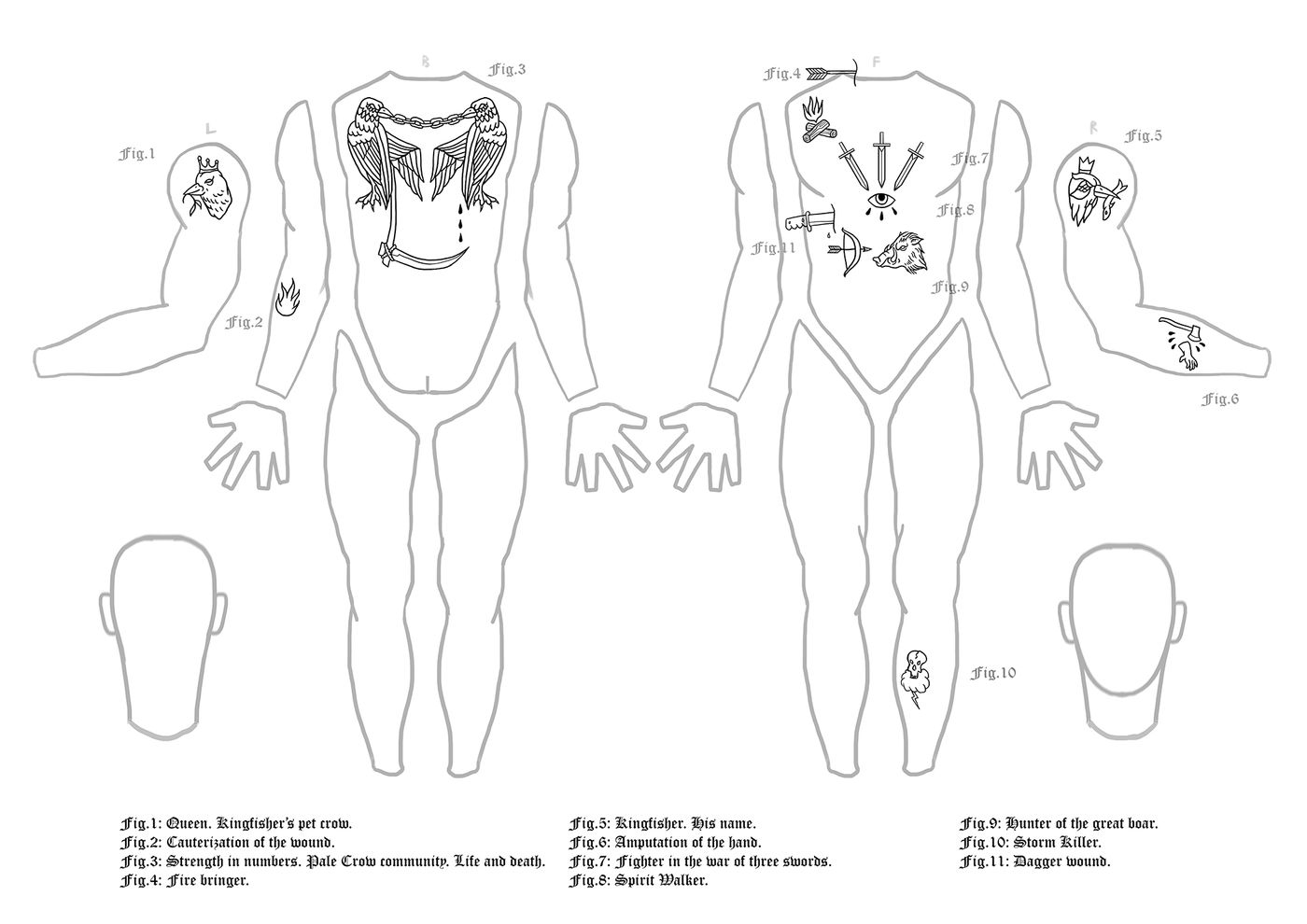 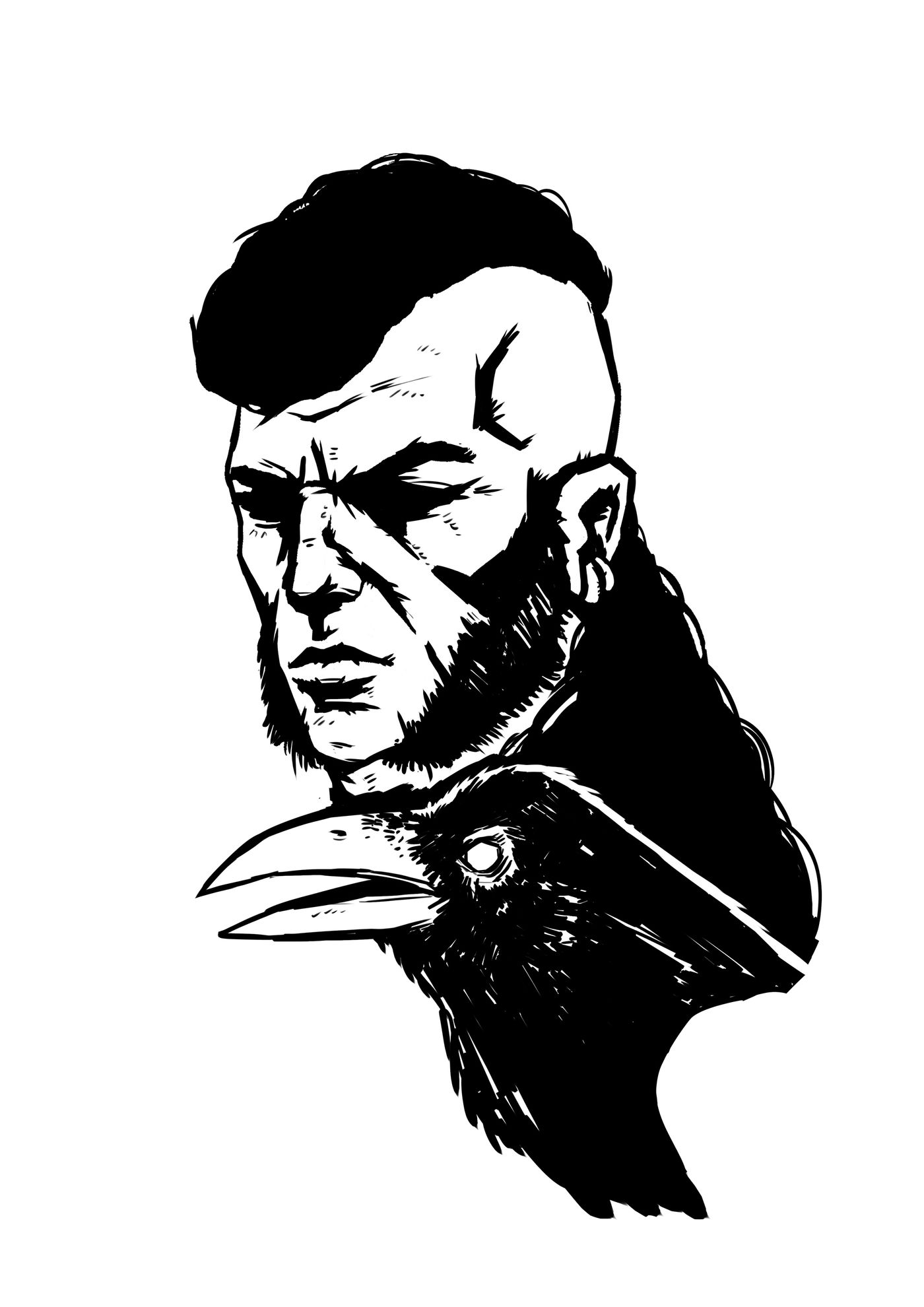 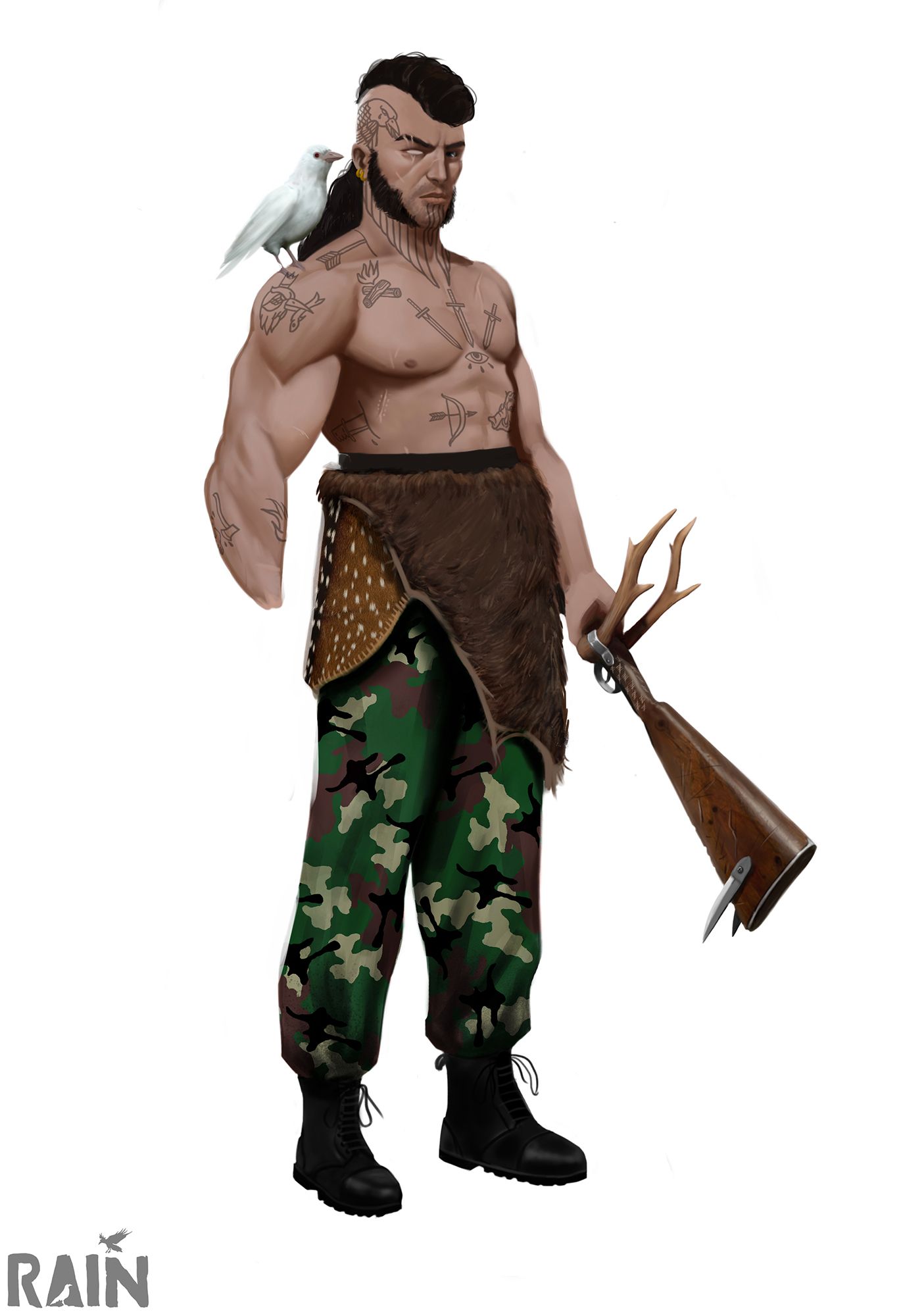 Above: Original character development/exploration in early 2018 followed by the final concept.

Below: Revisiting the character design/outfit in 2019 whilst maintaining the overall look of the original character. 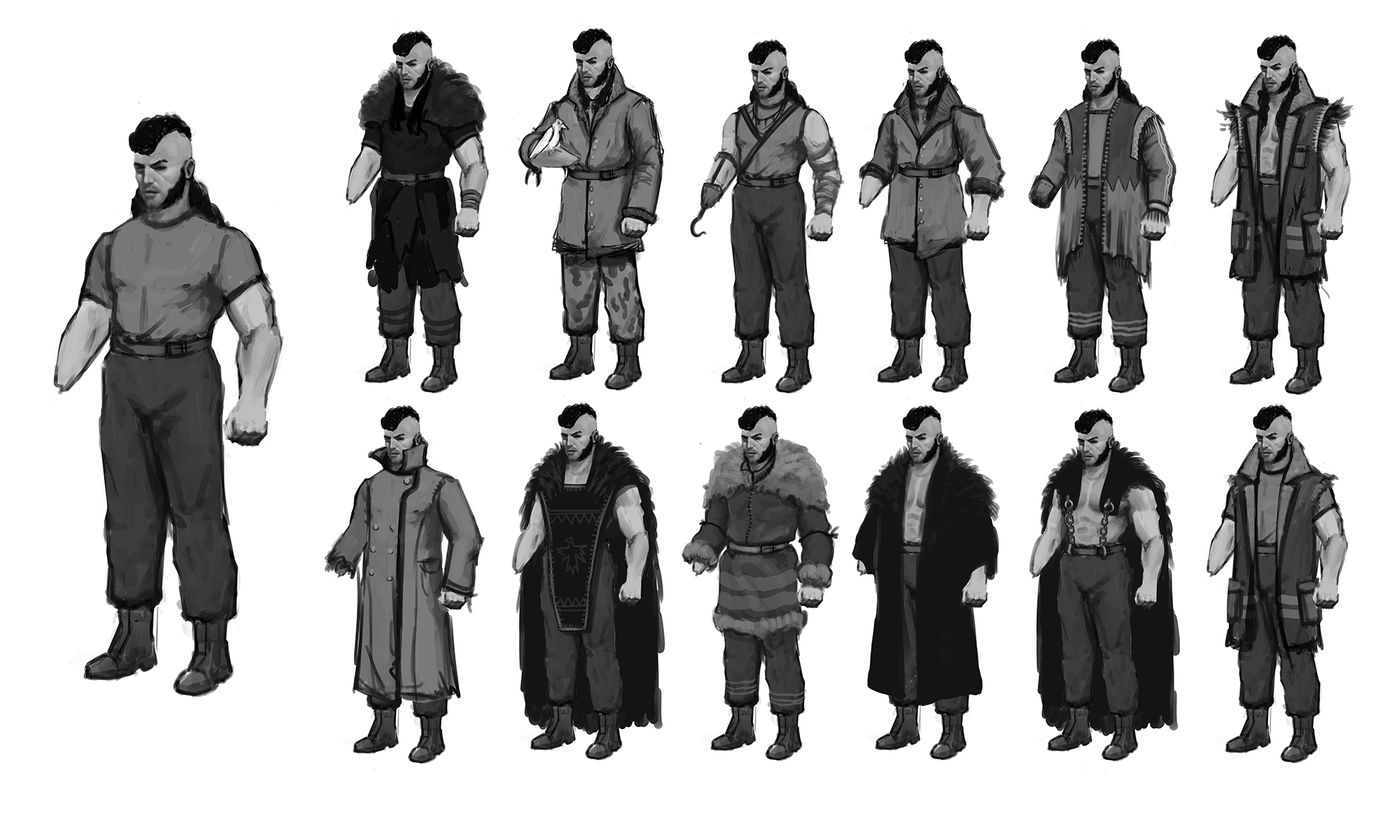 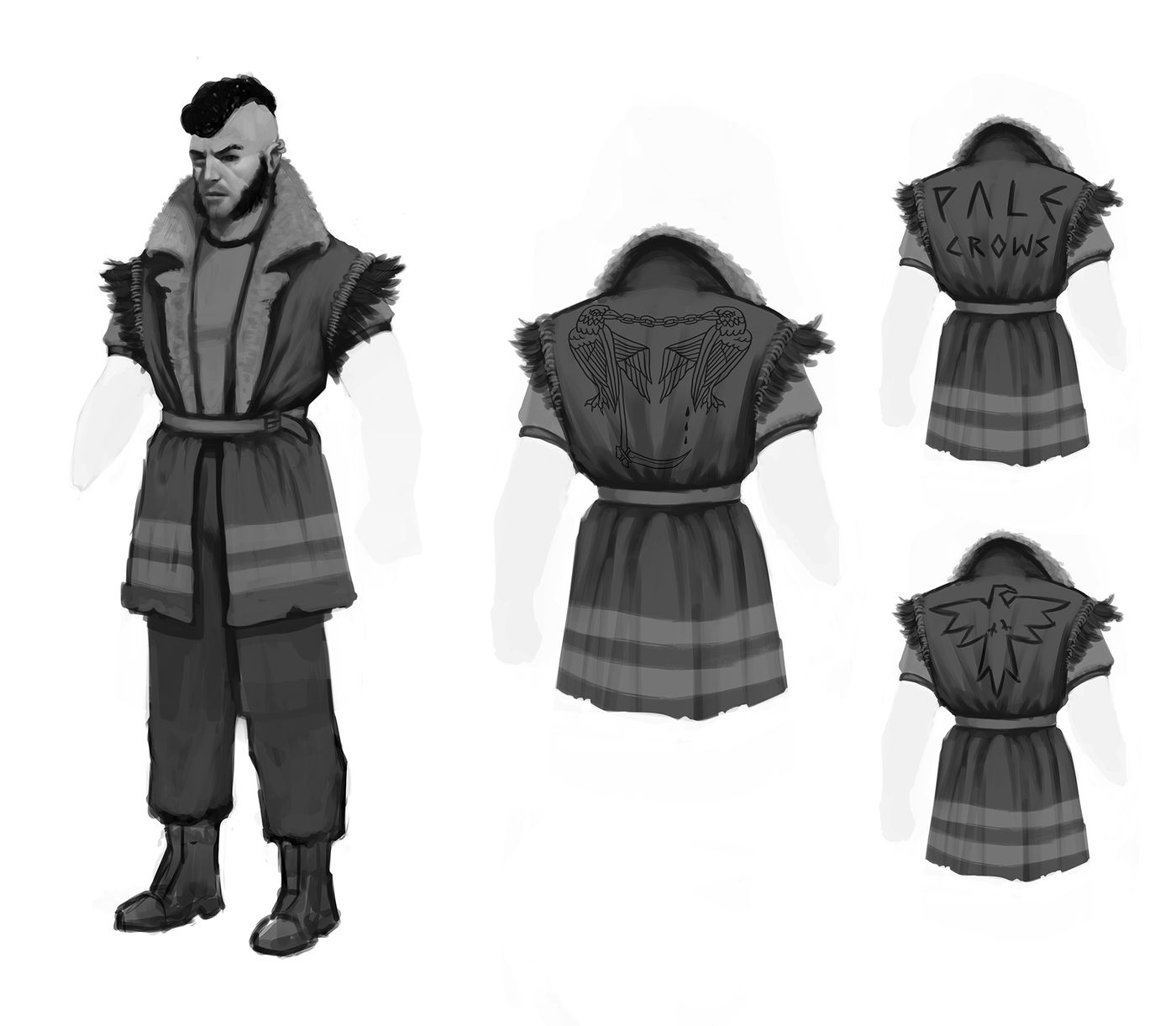 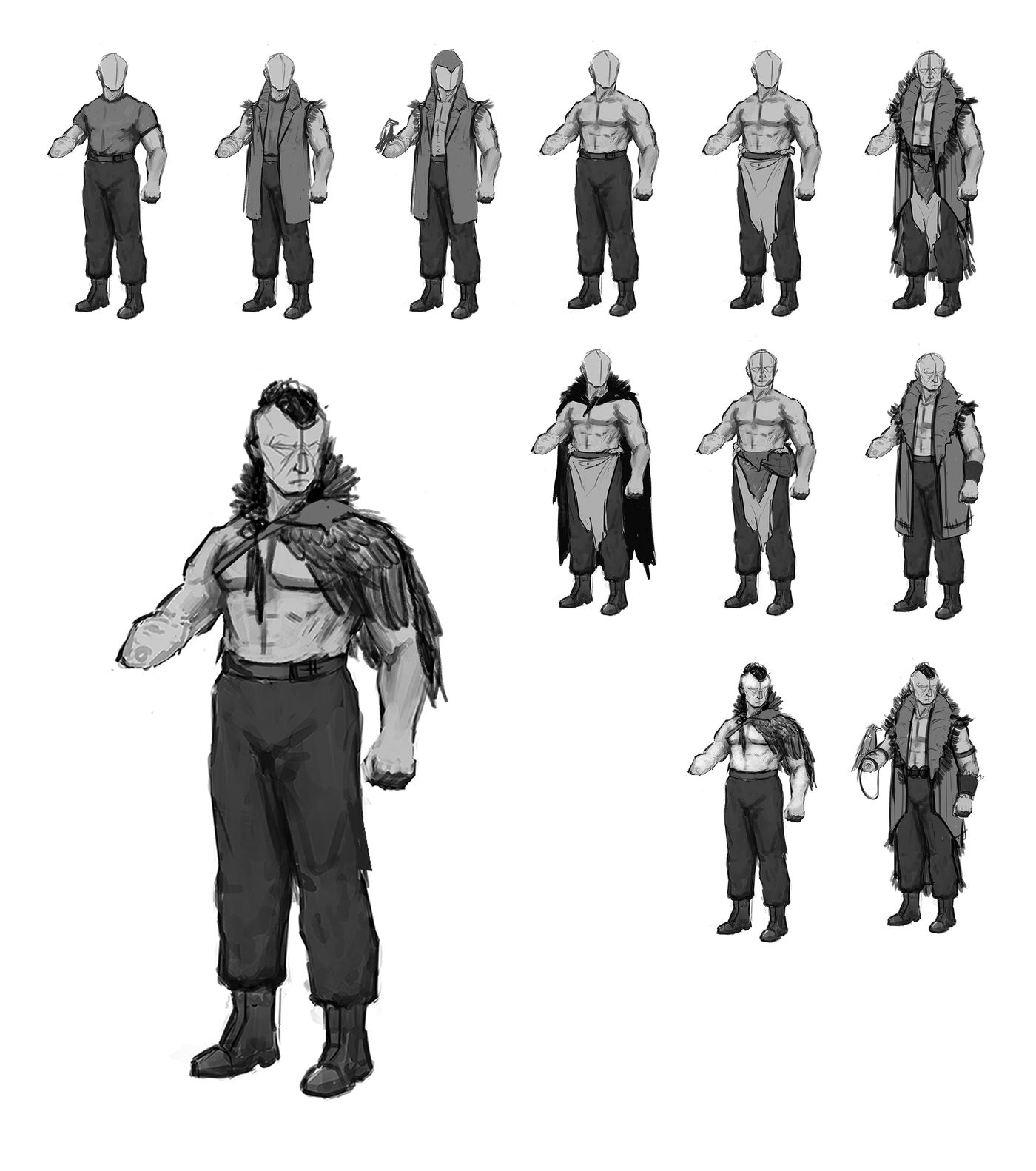 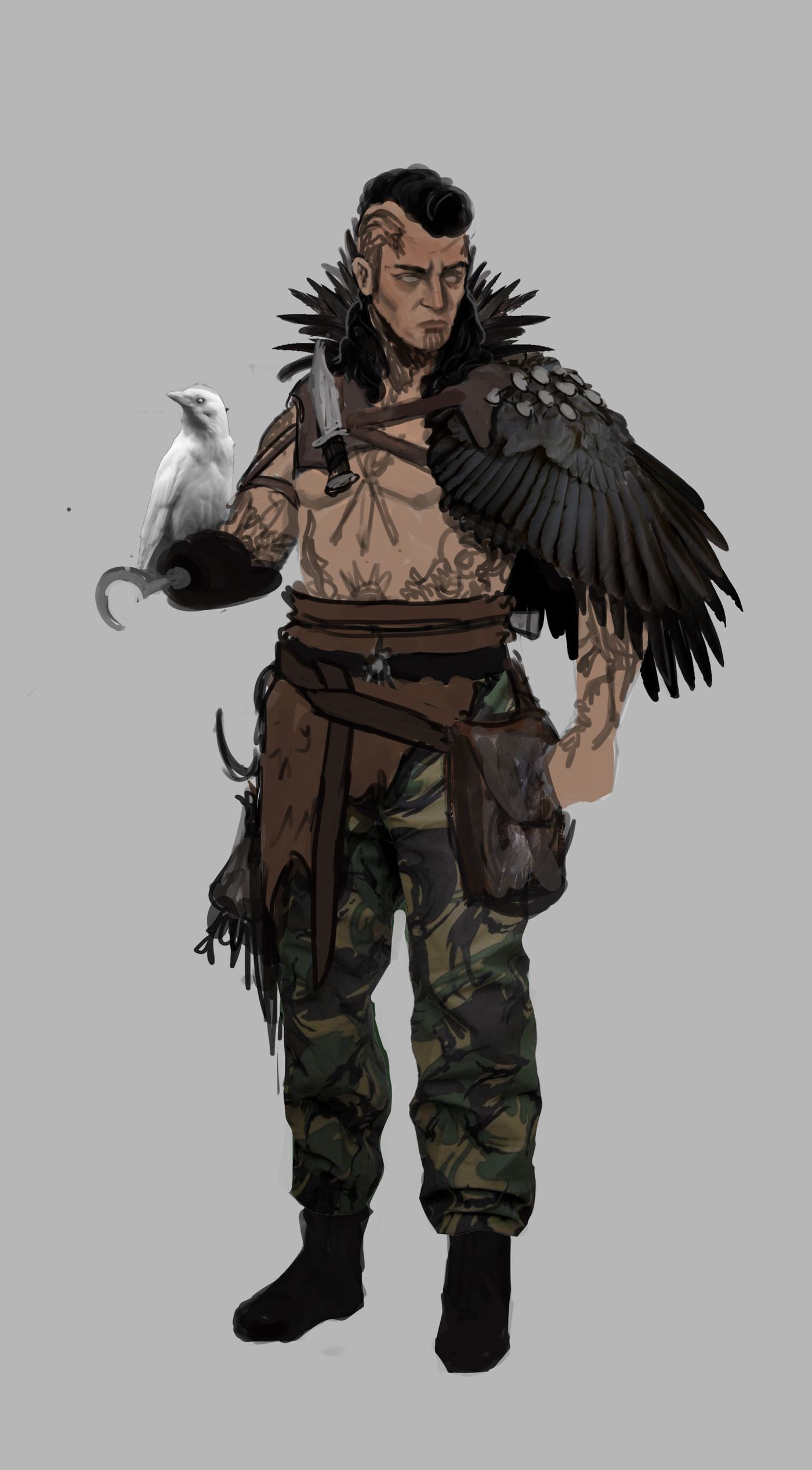 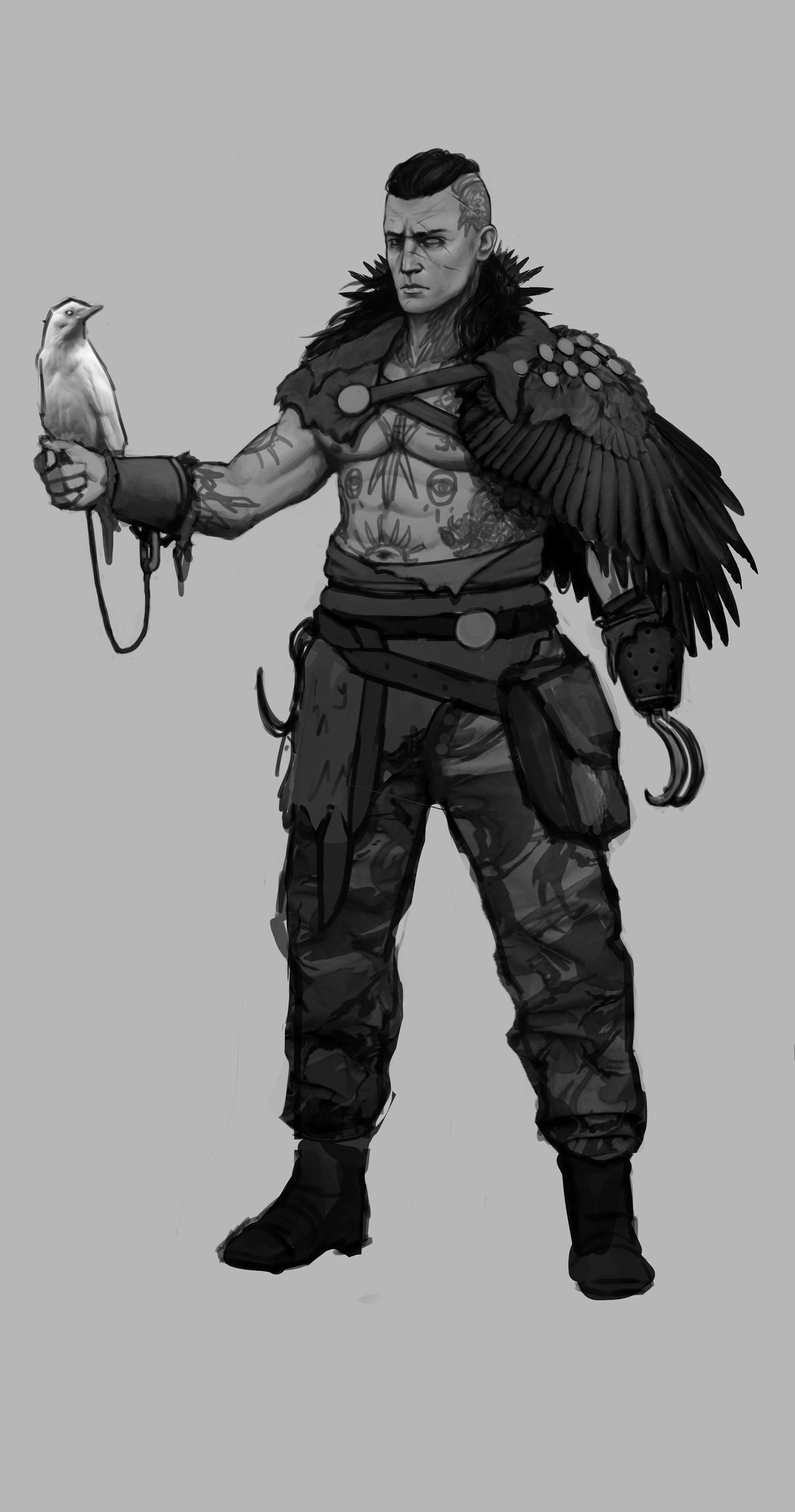 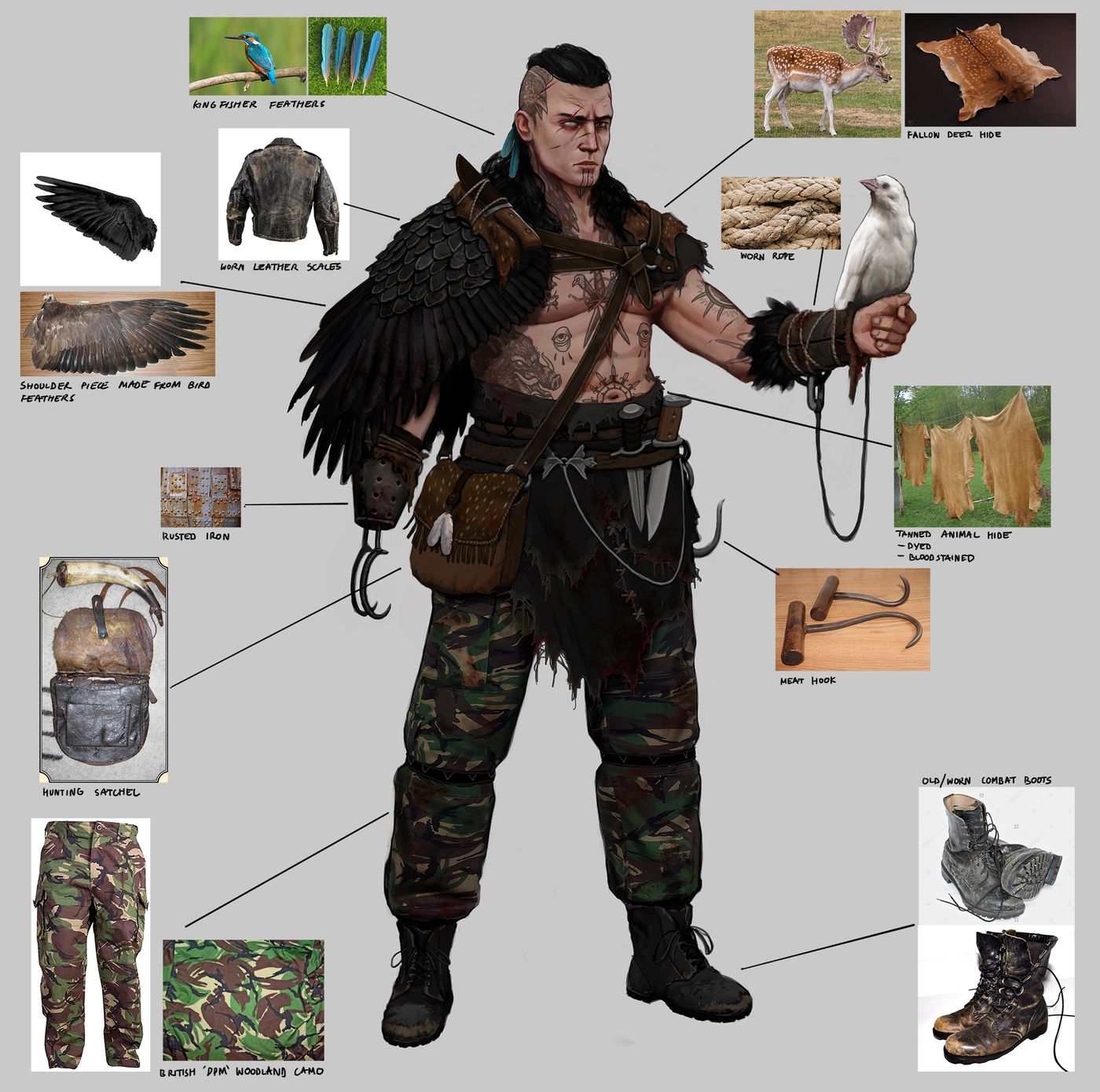 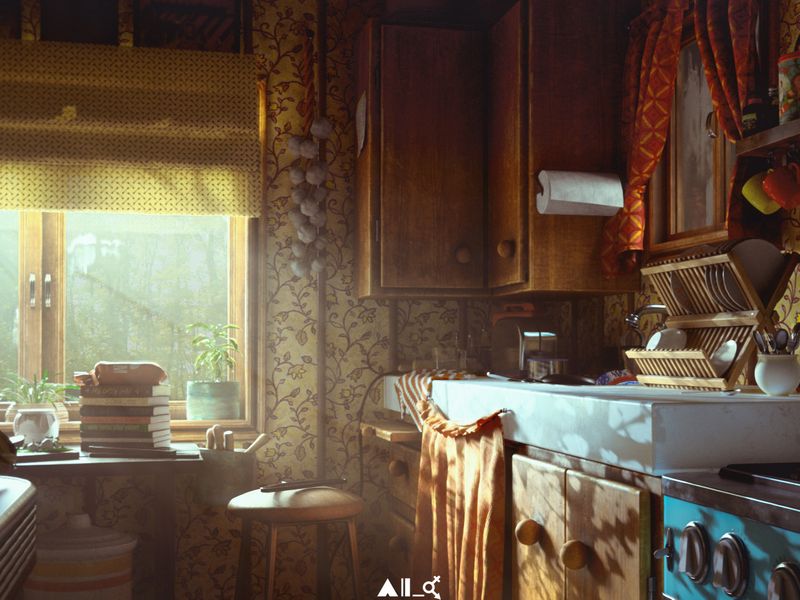 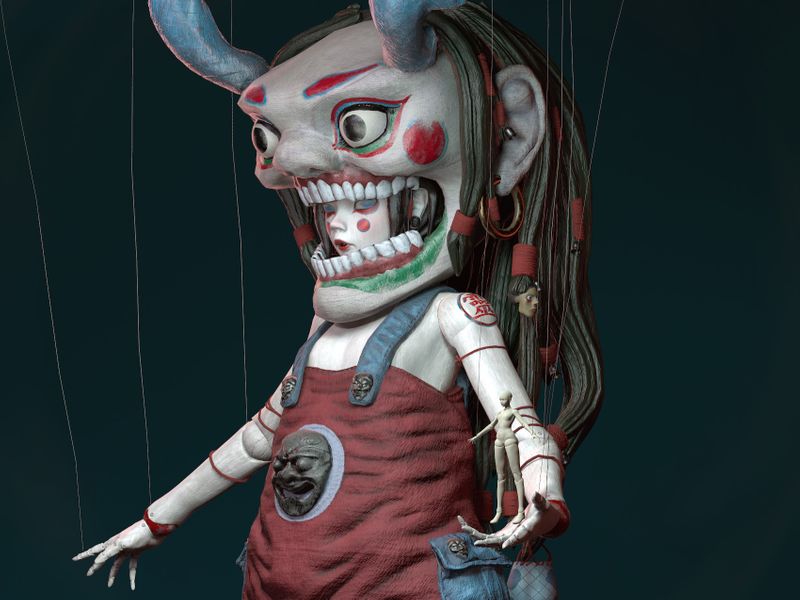 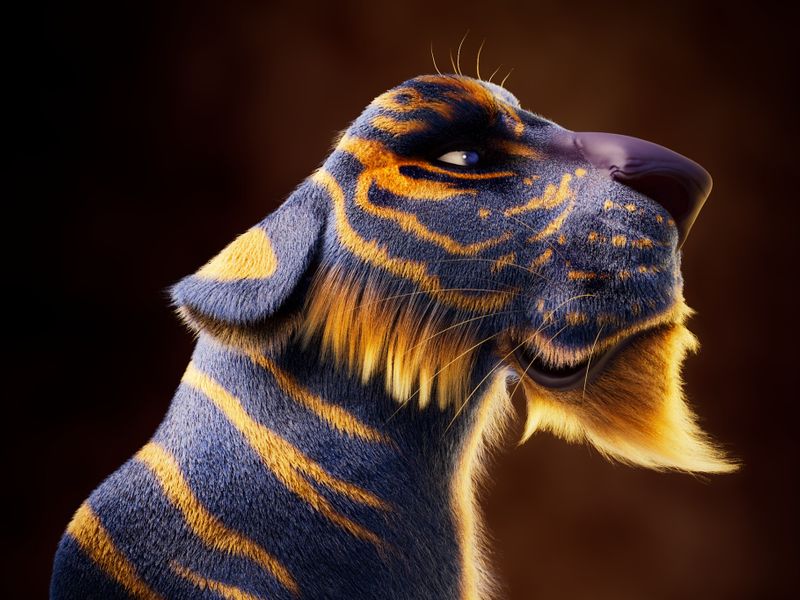