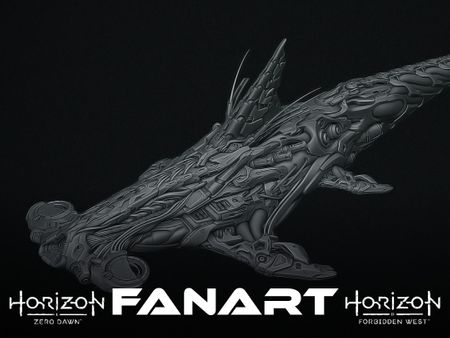 Fanart for Horizon Zero Dawn and Horizon Forbidden West by Guerrilla Games. This original design shows a machine that combines the Hammerhead shark with the side shape of an orca whale and the fins of a mosasaur. I really hope you like it an get inspired by it. 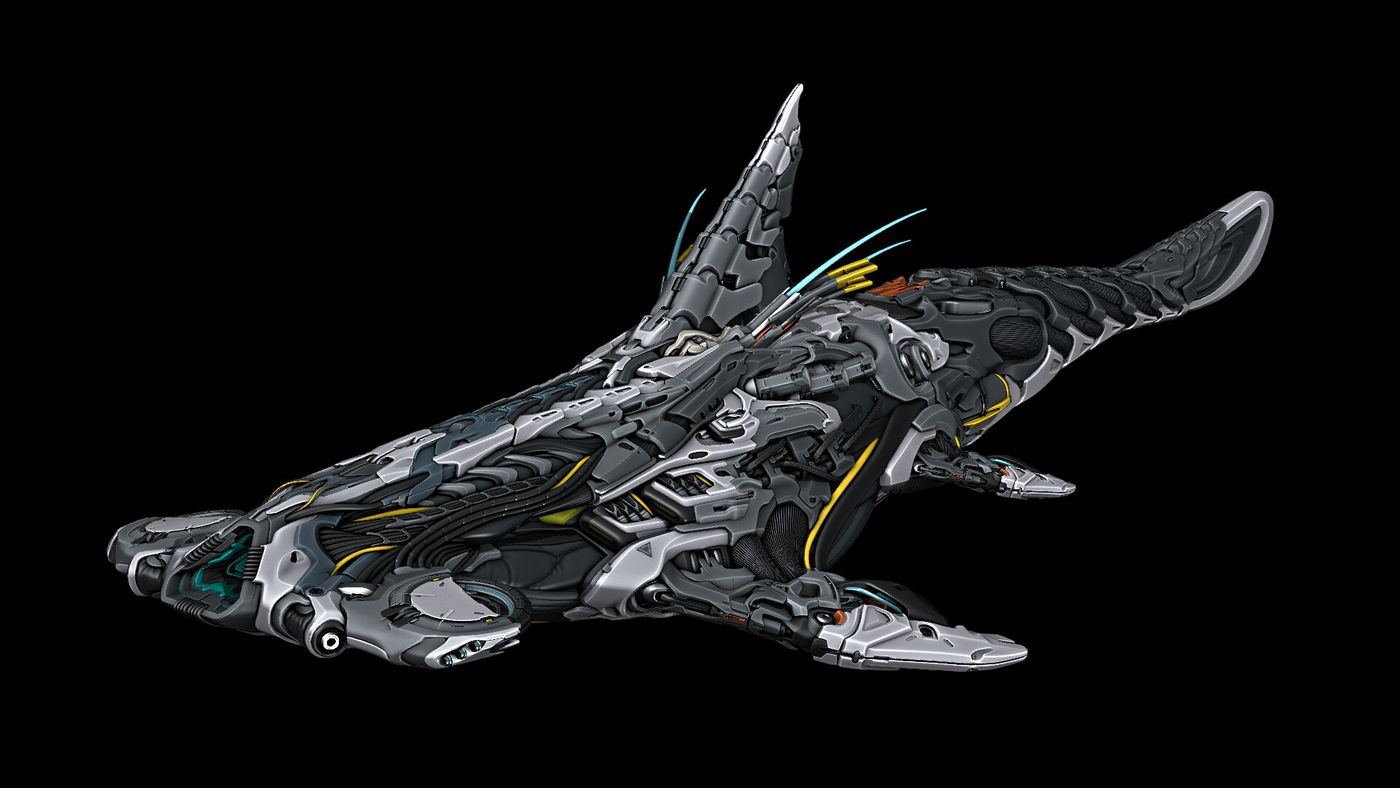 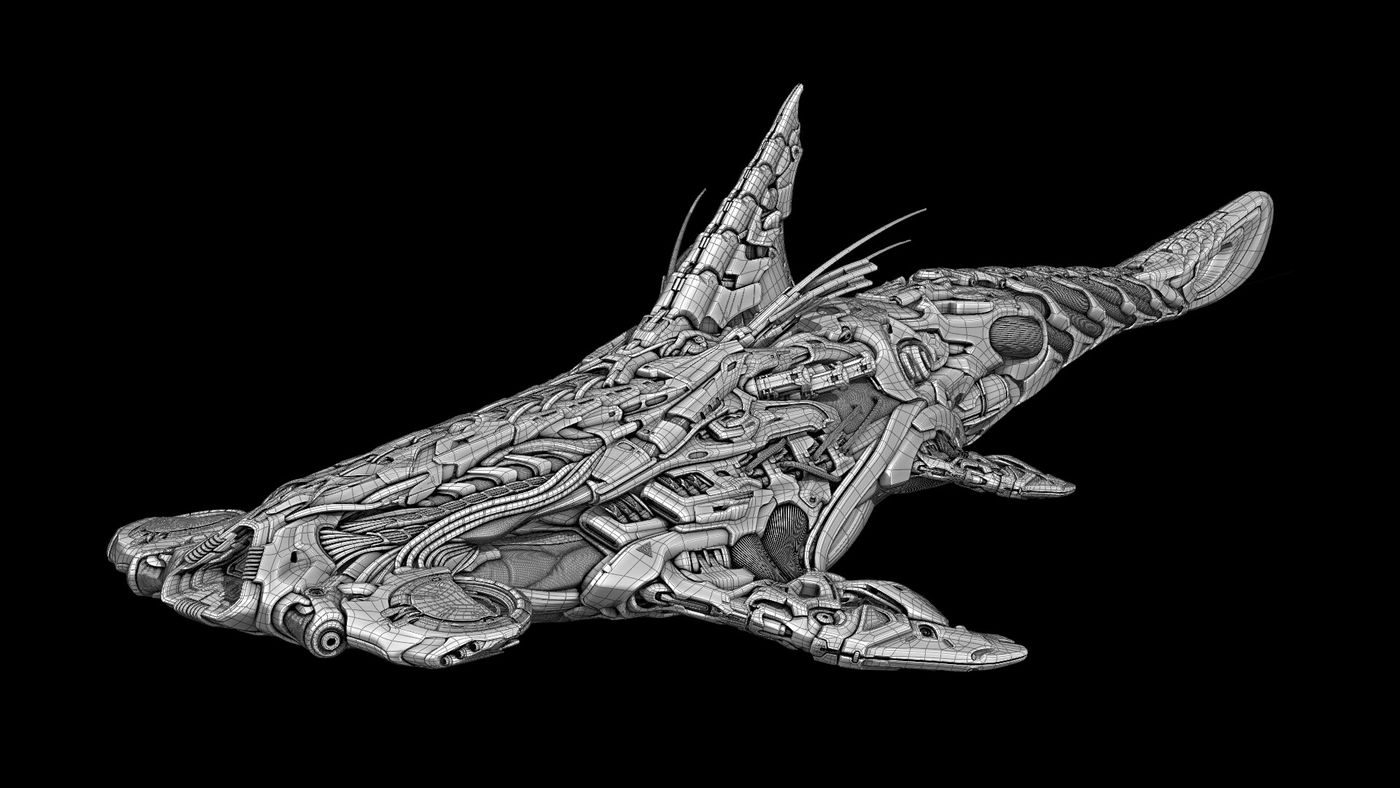 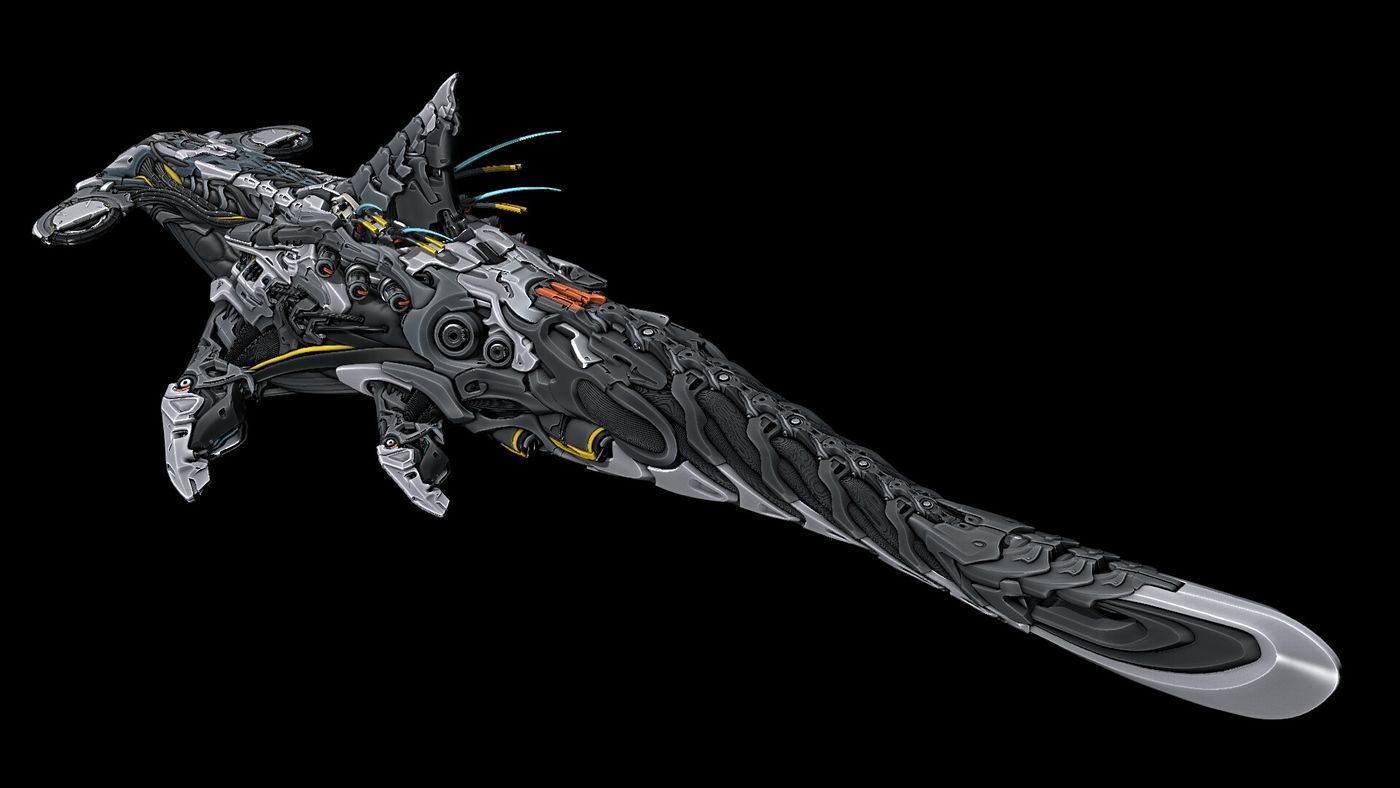 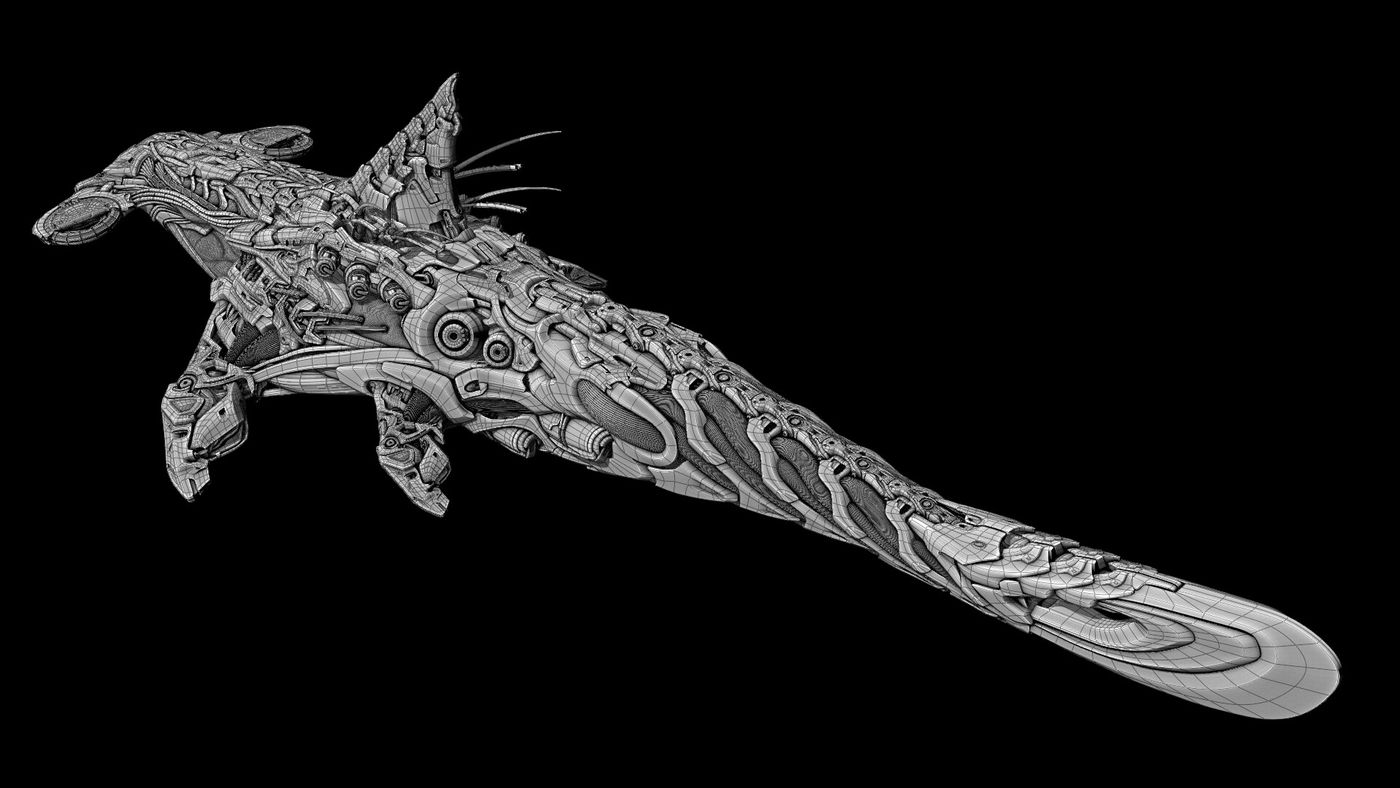 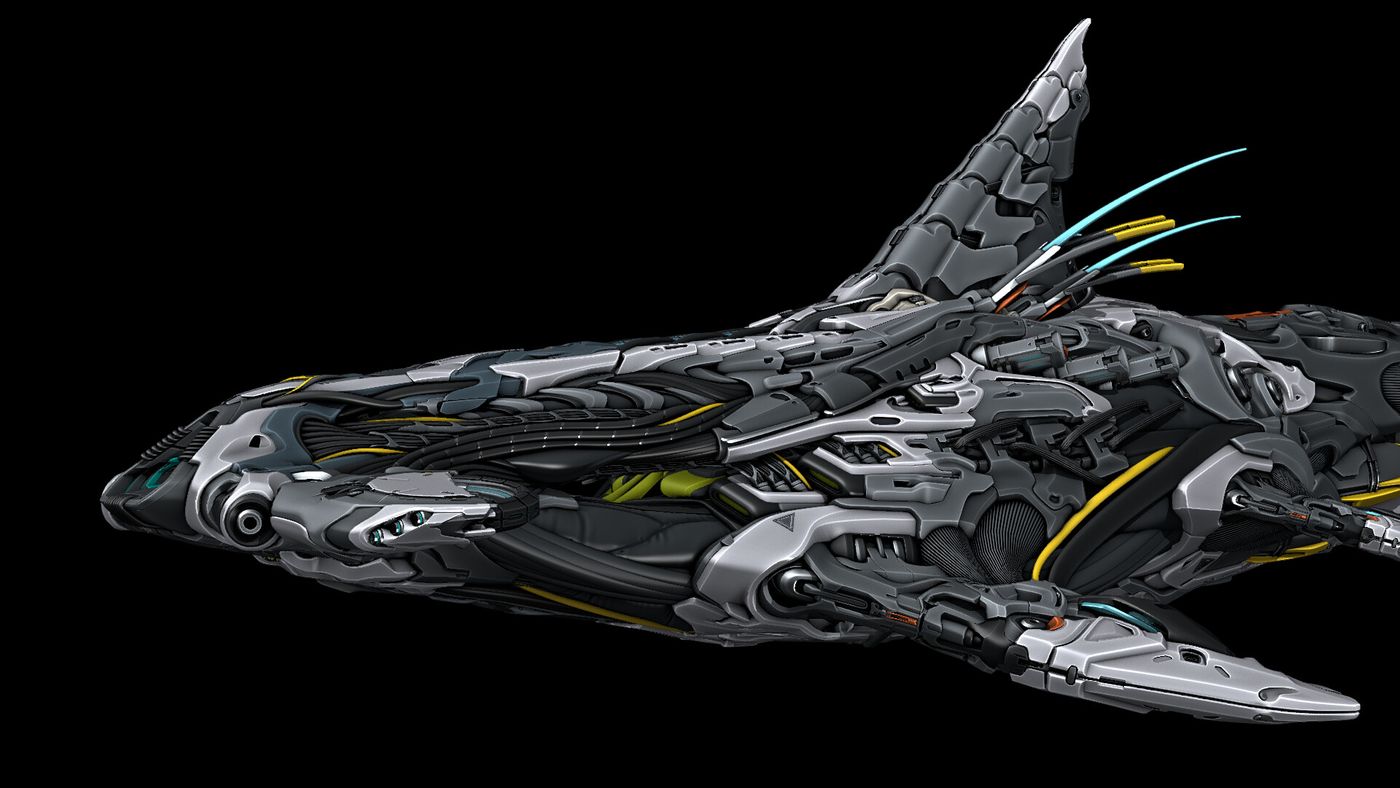 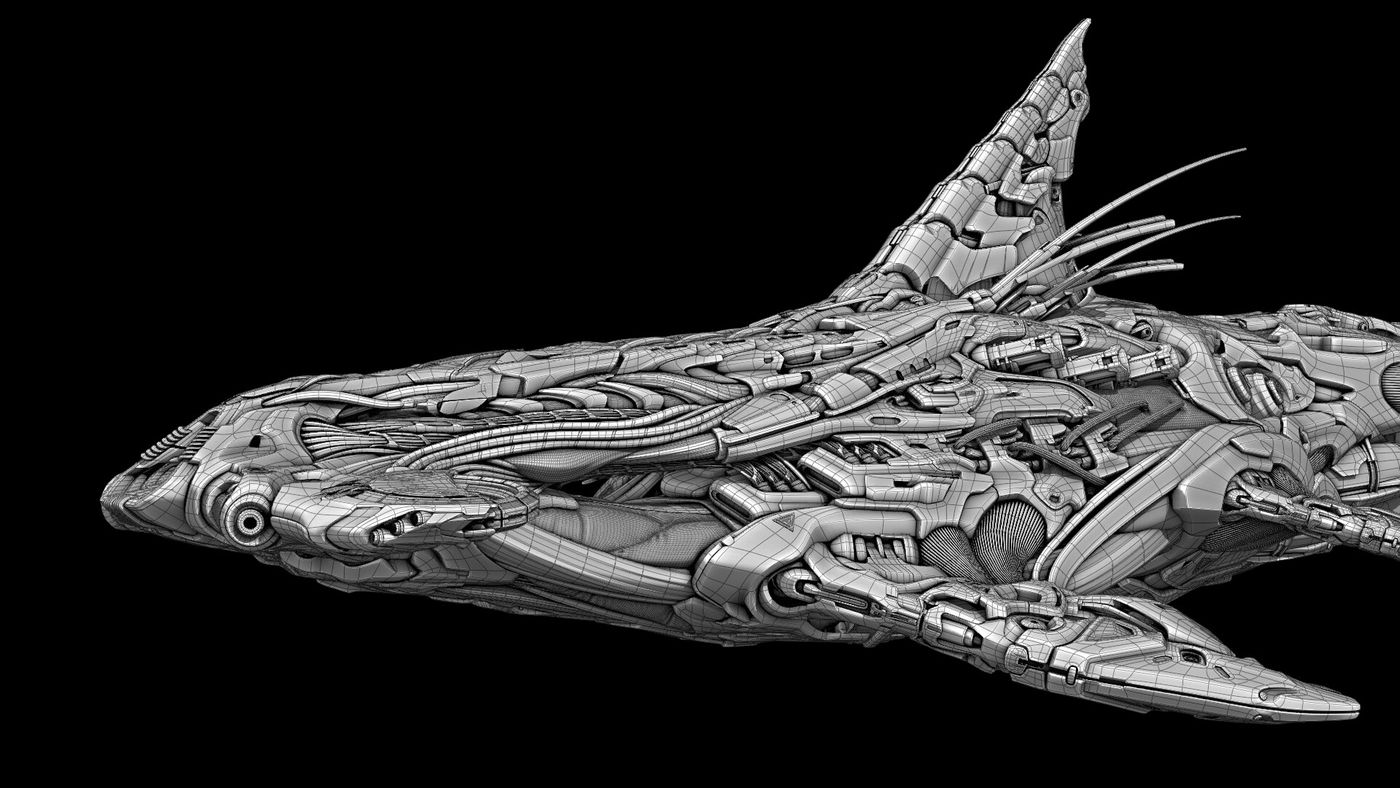 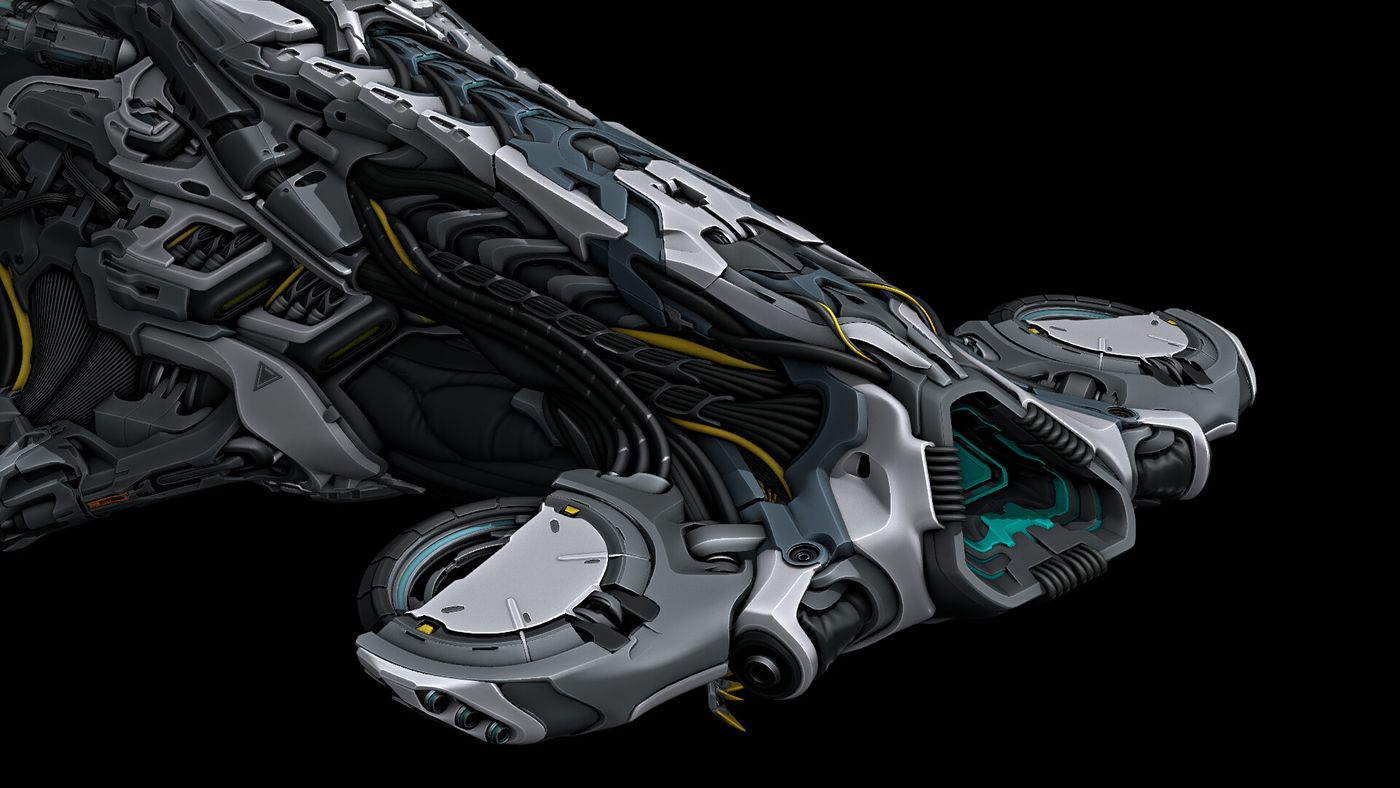 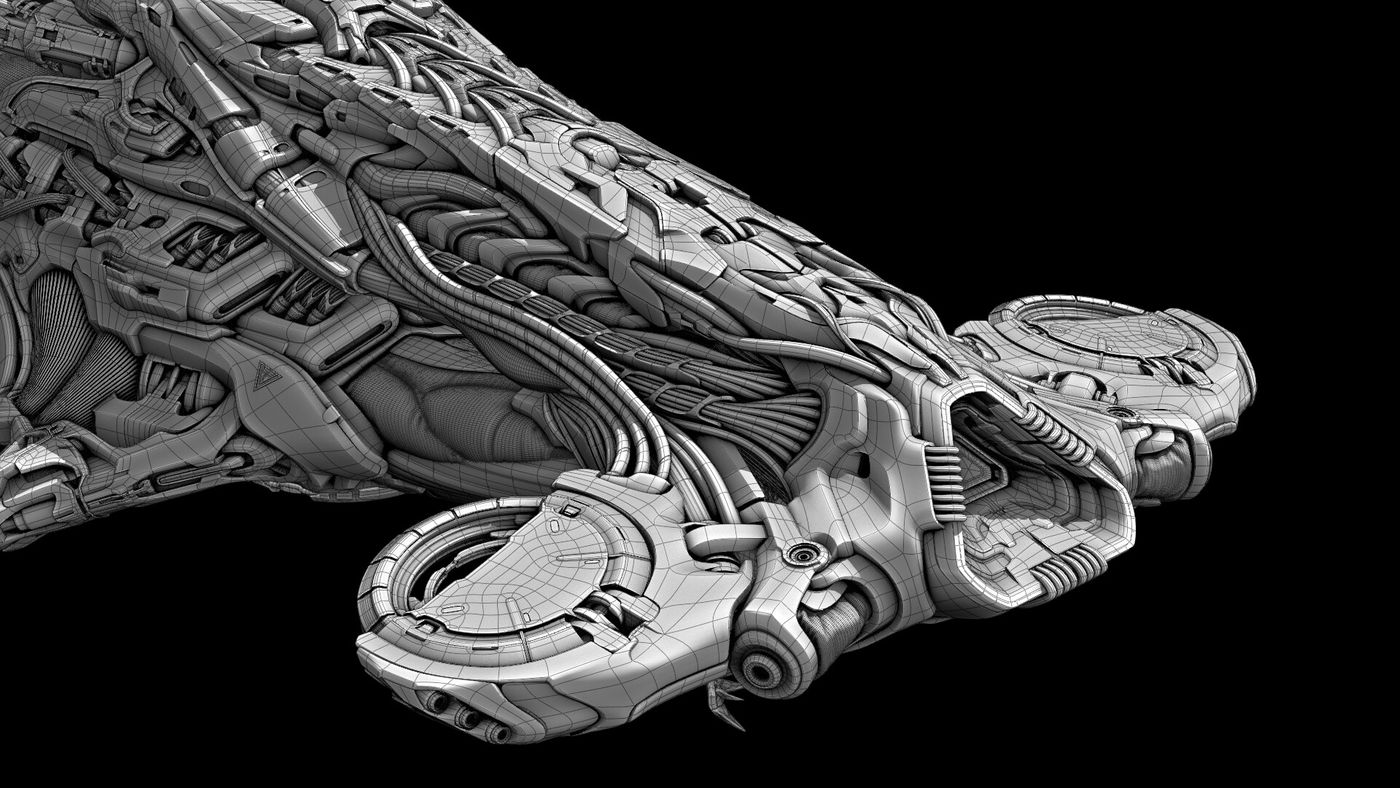 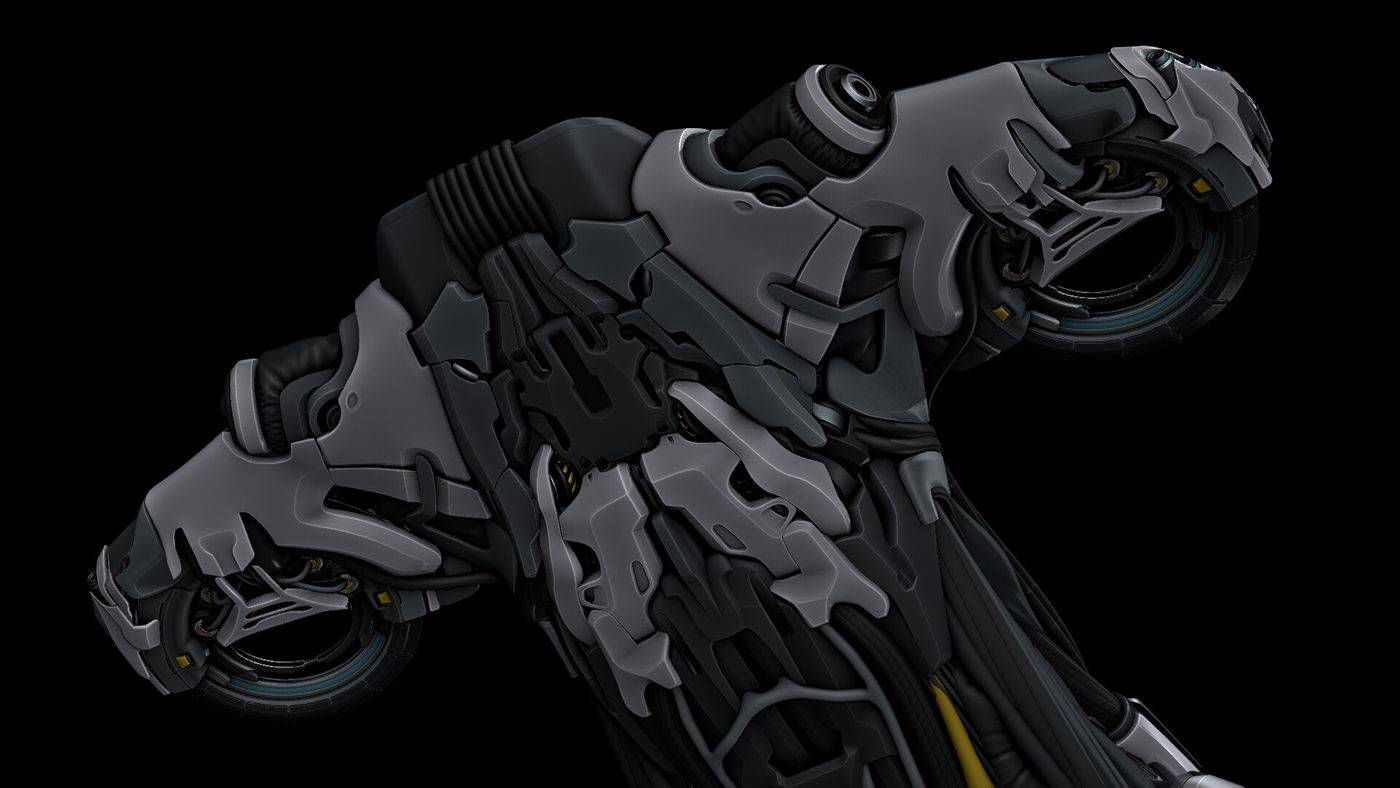 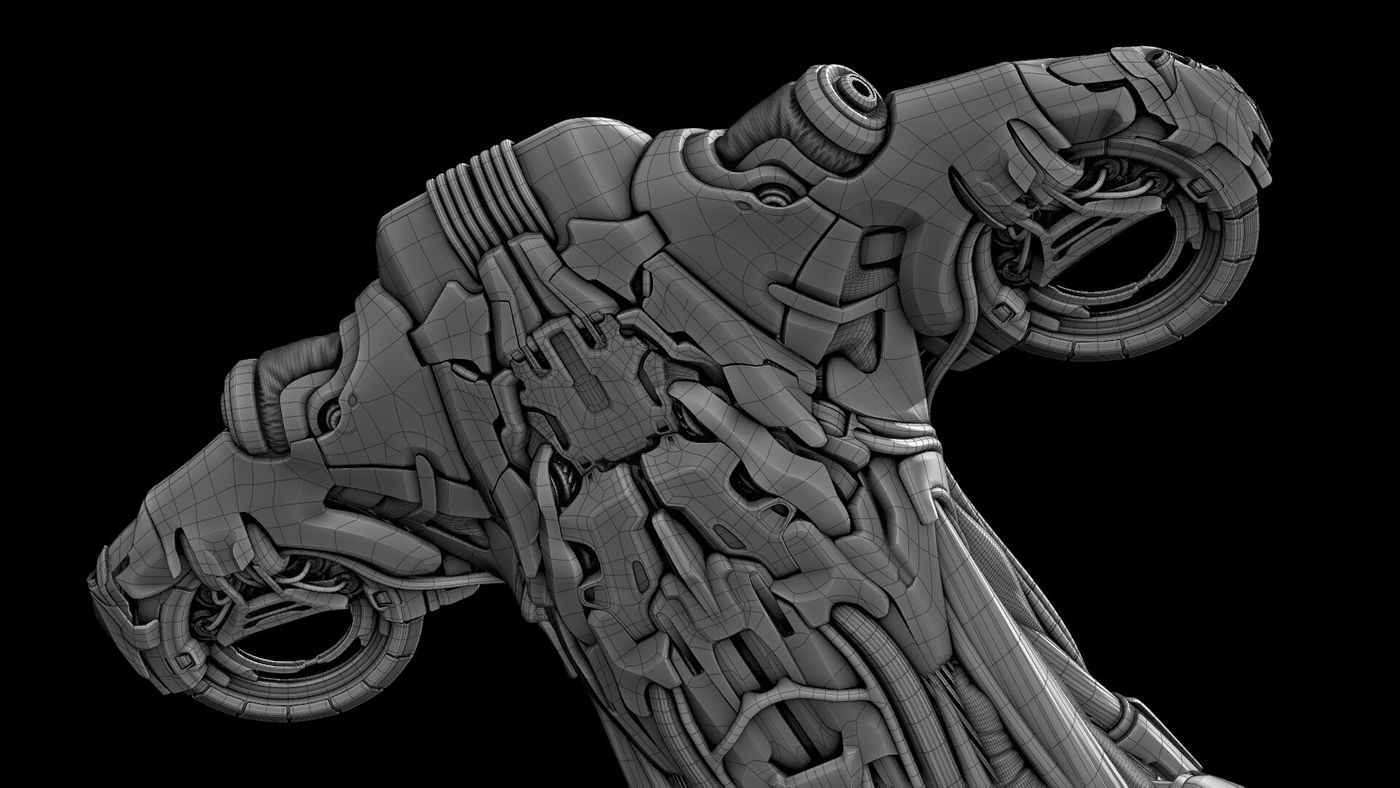 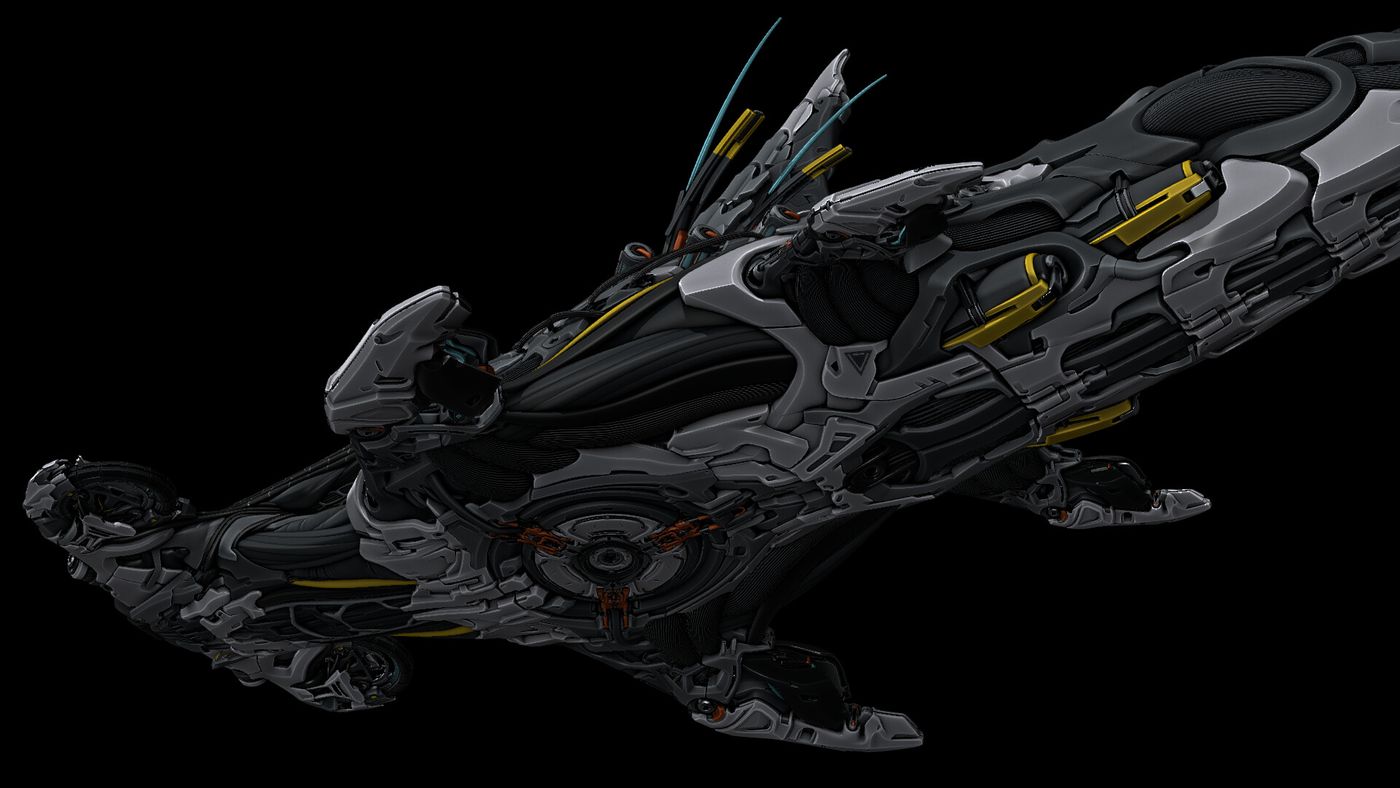 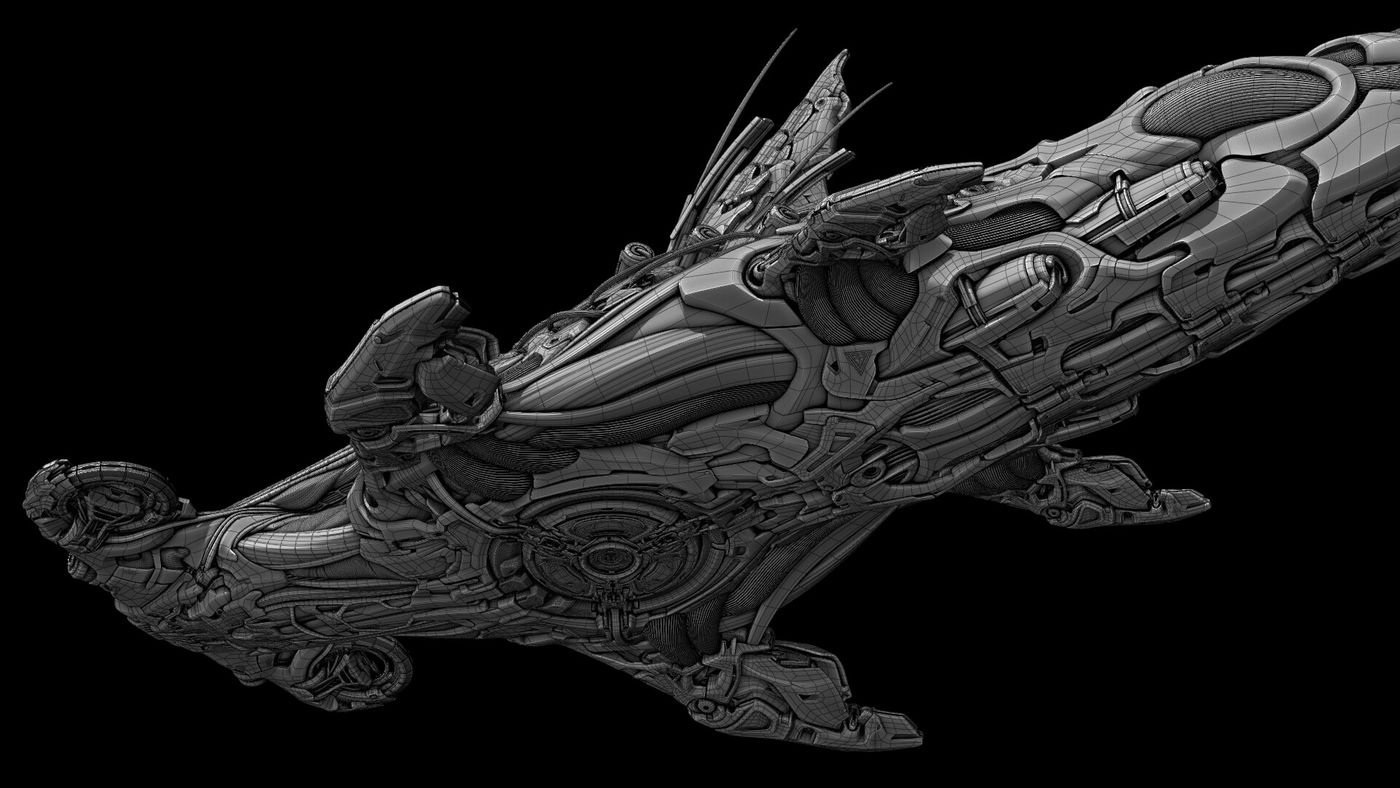 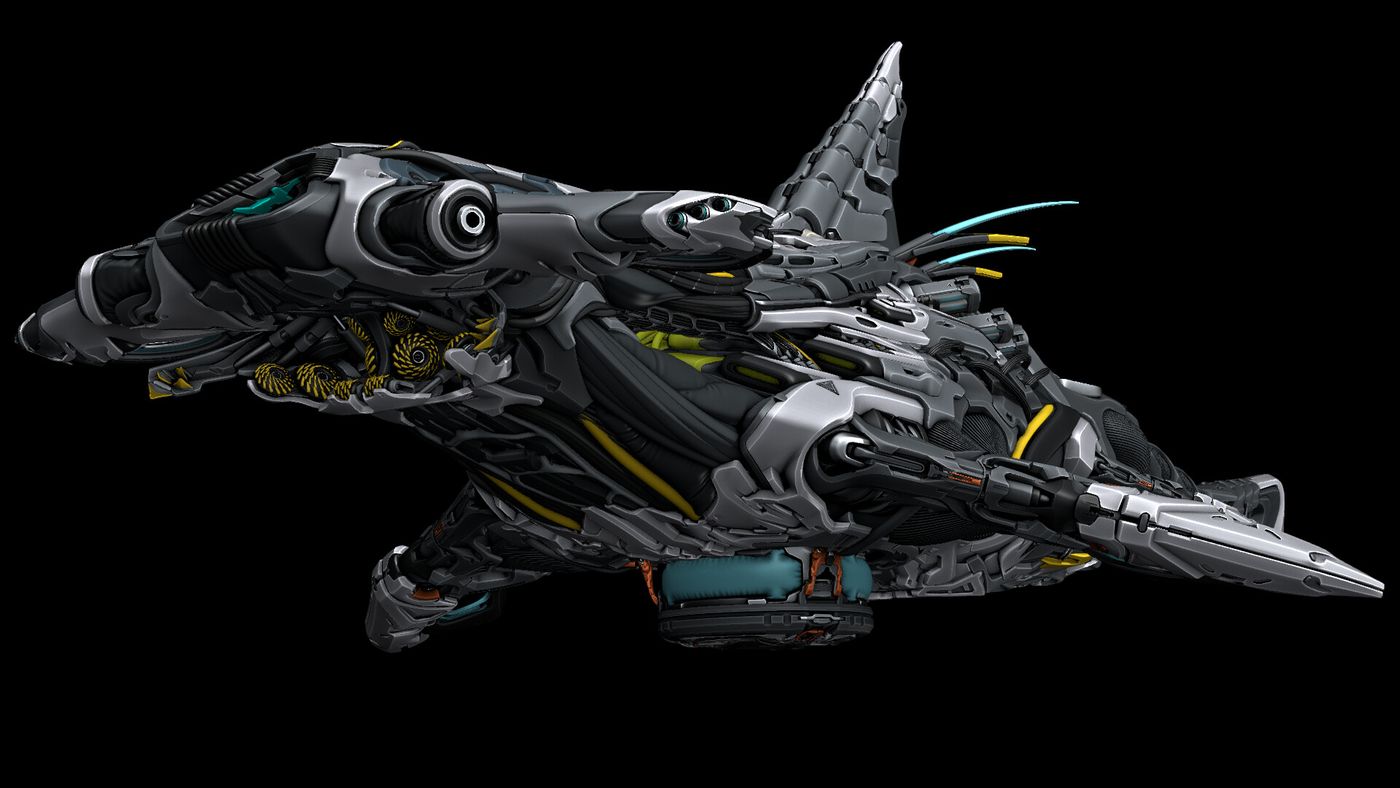 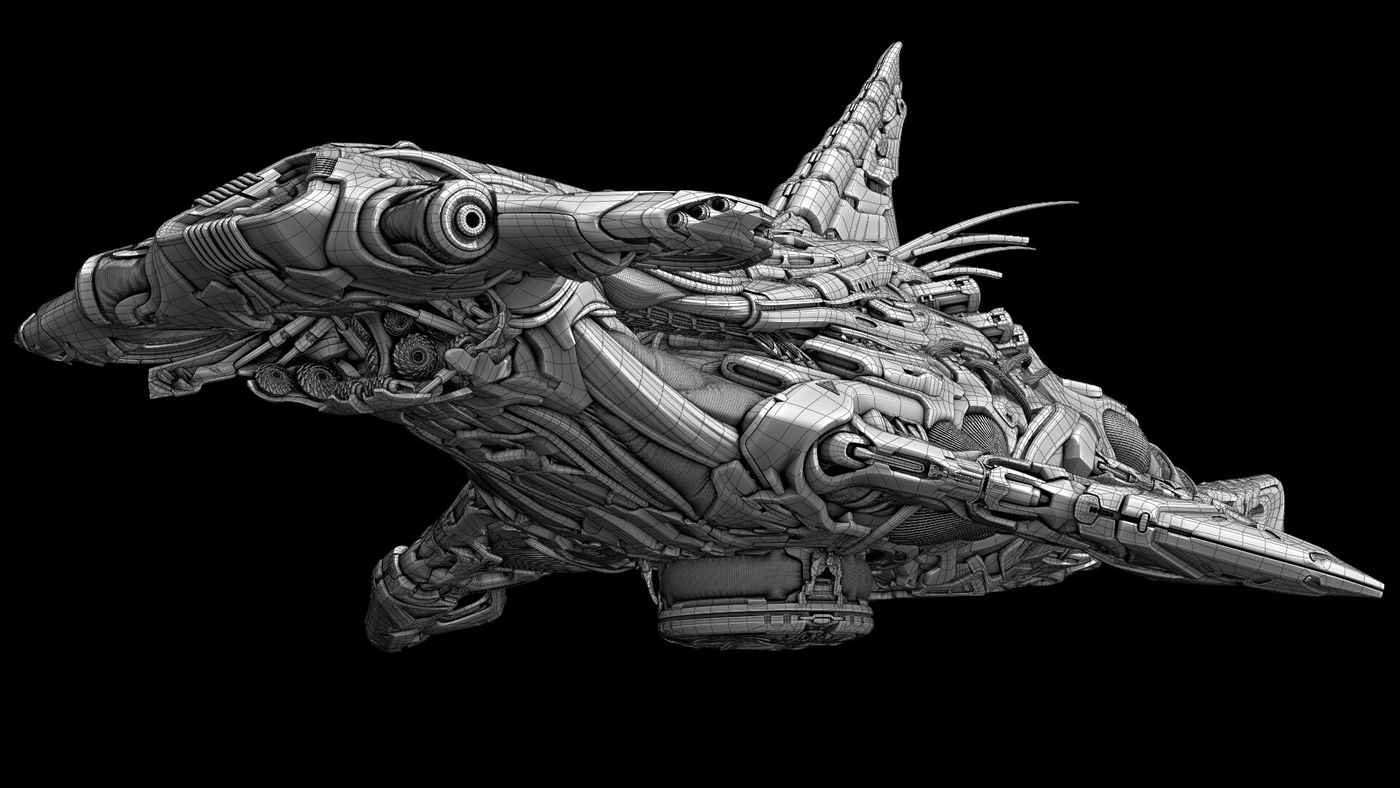 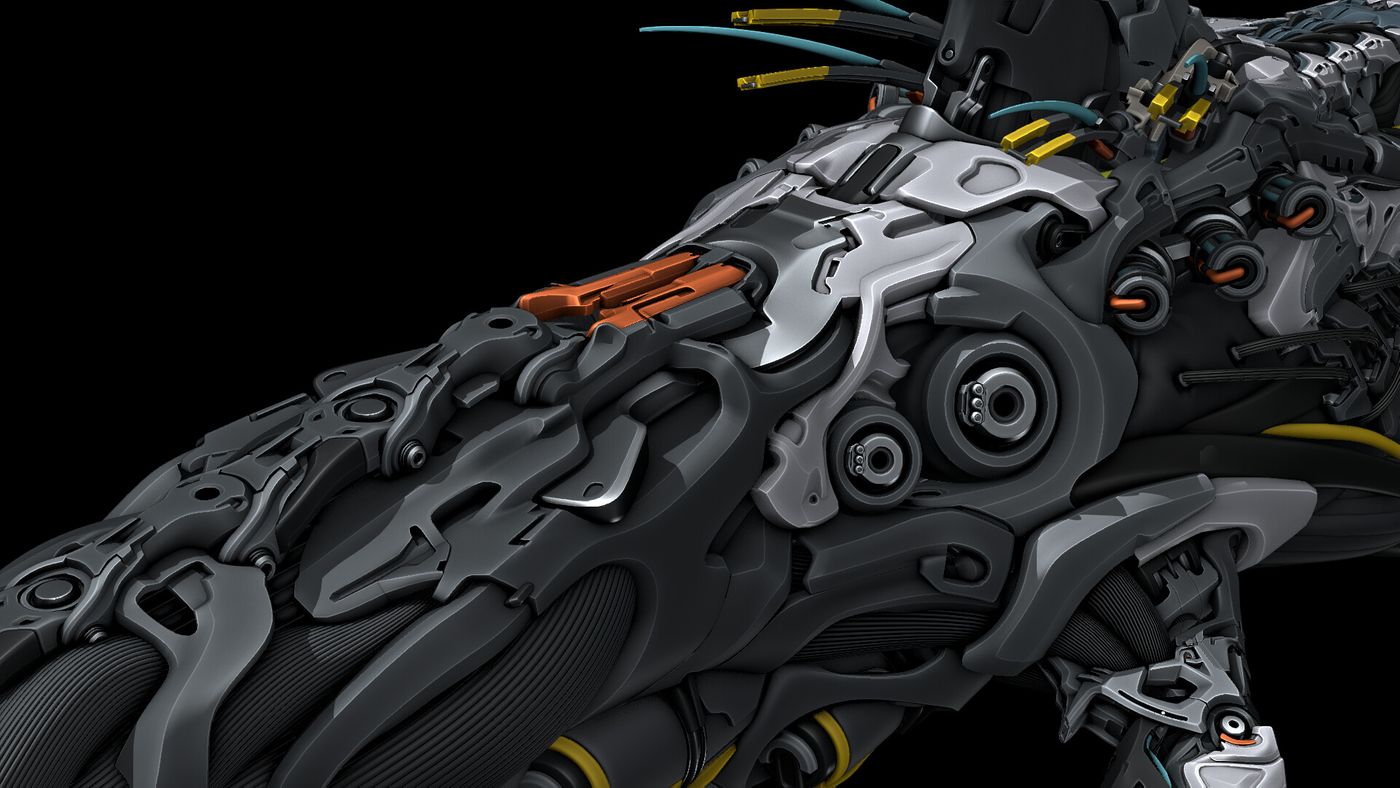 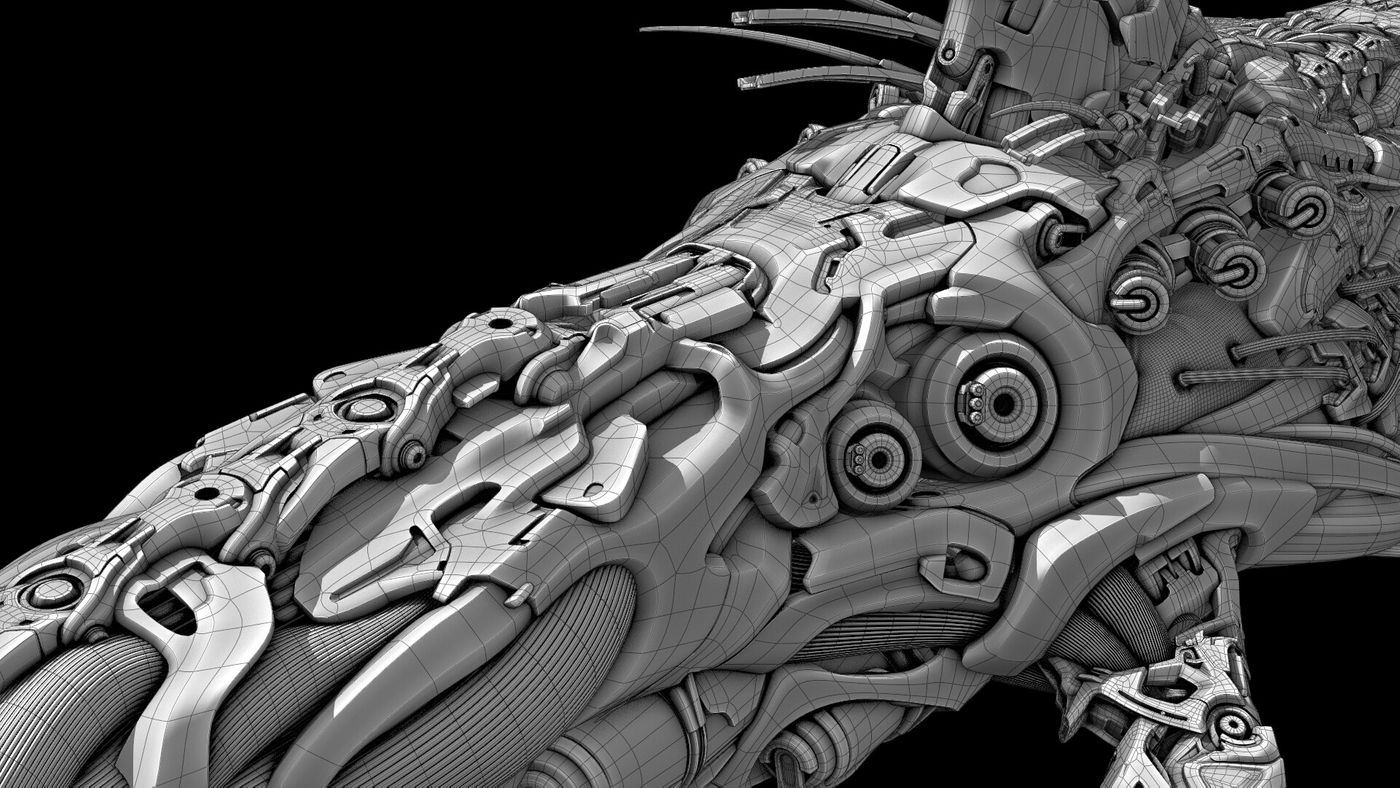 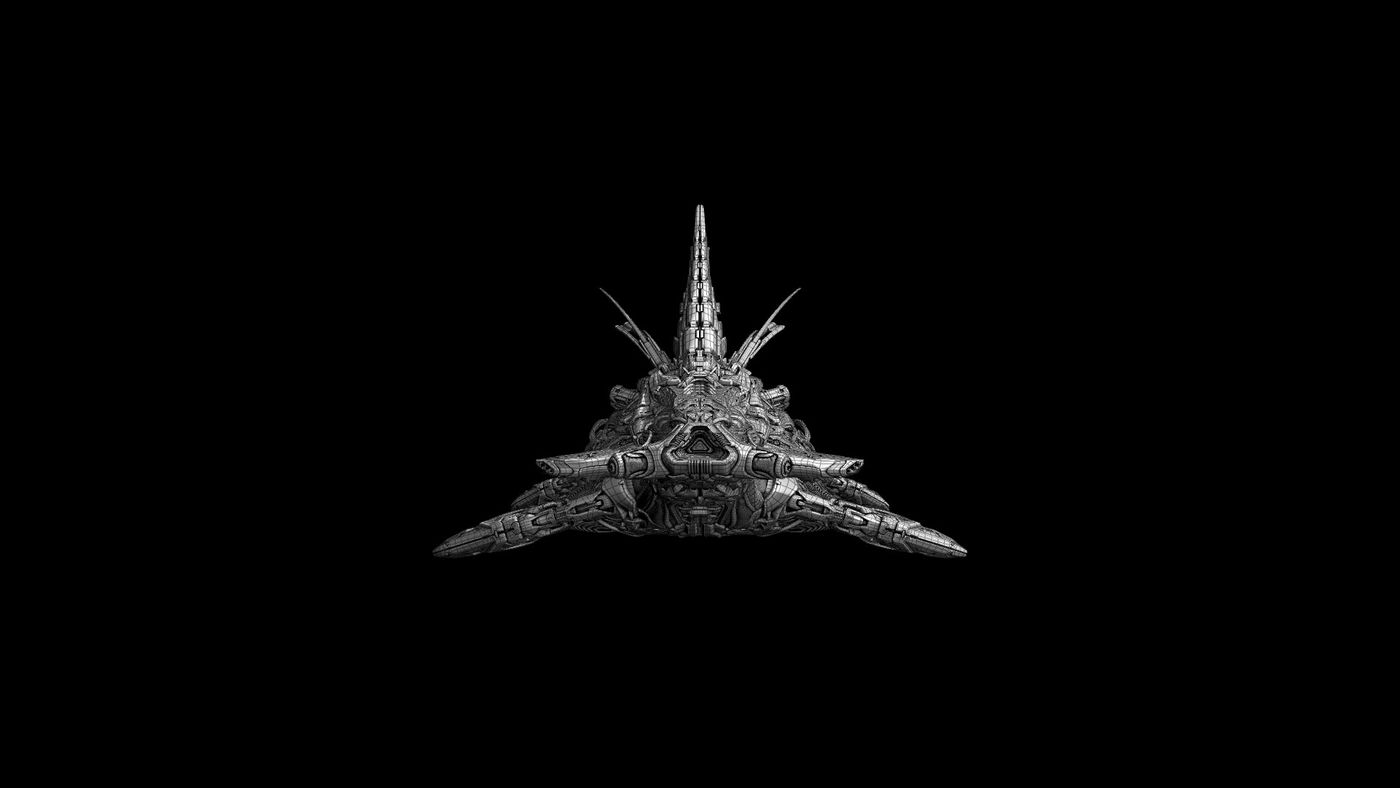 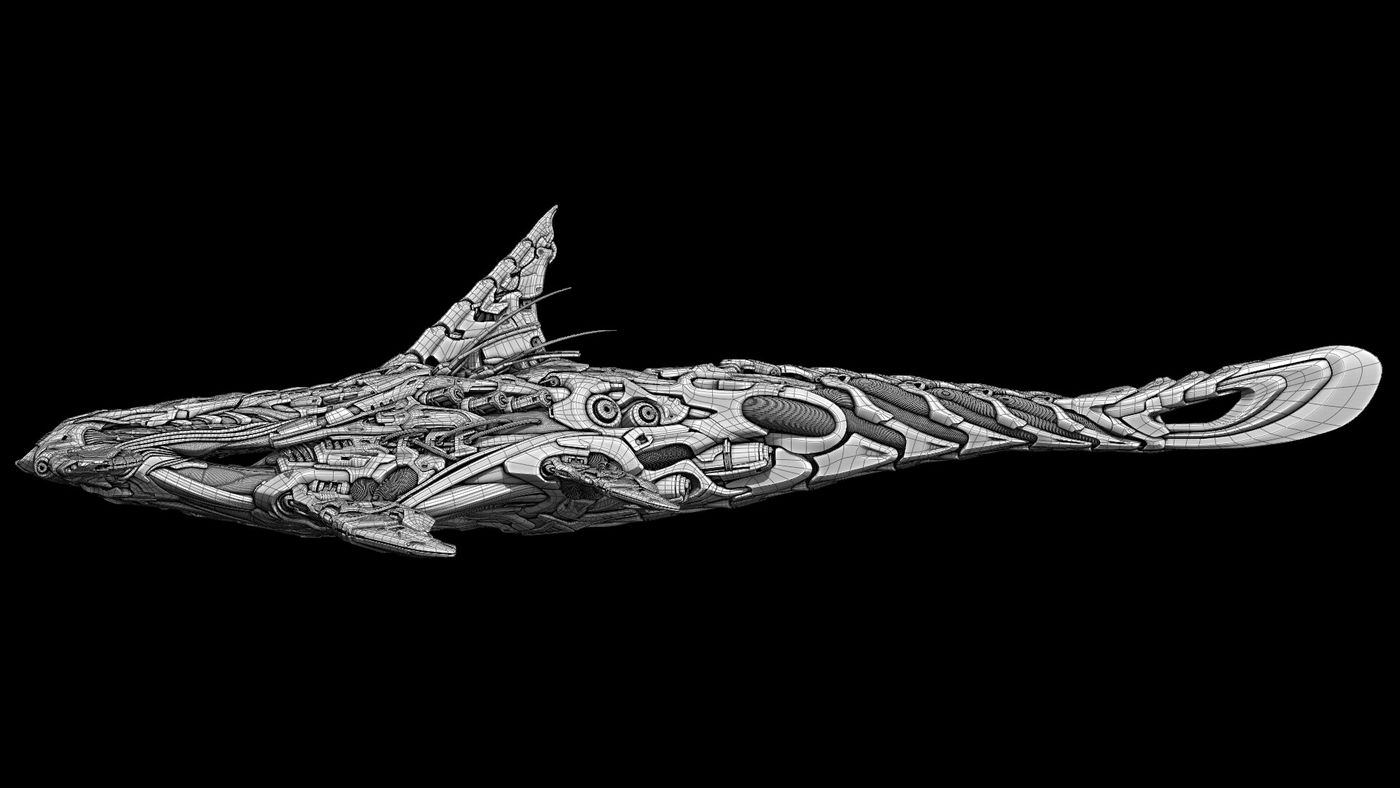 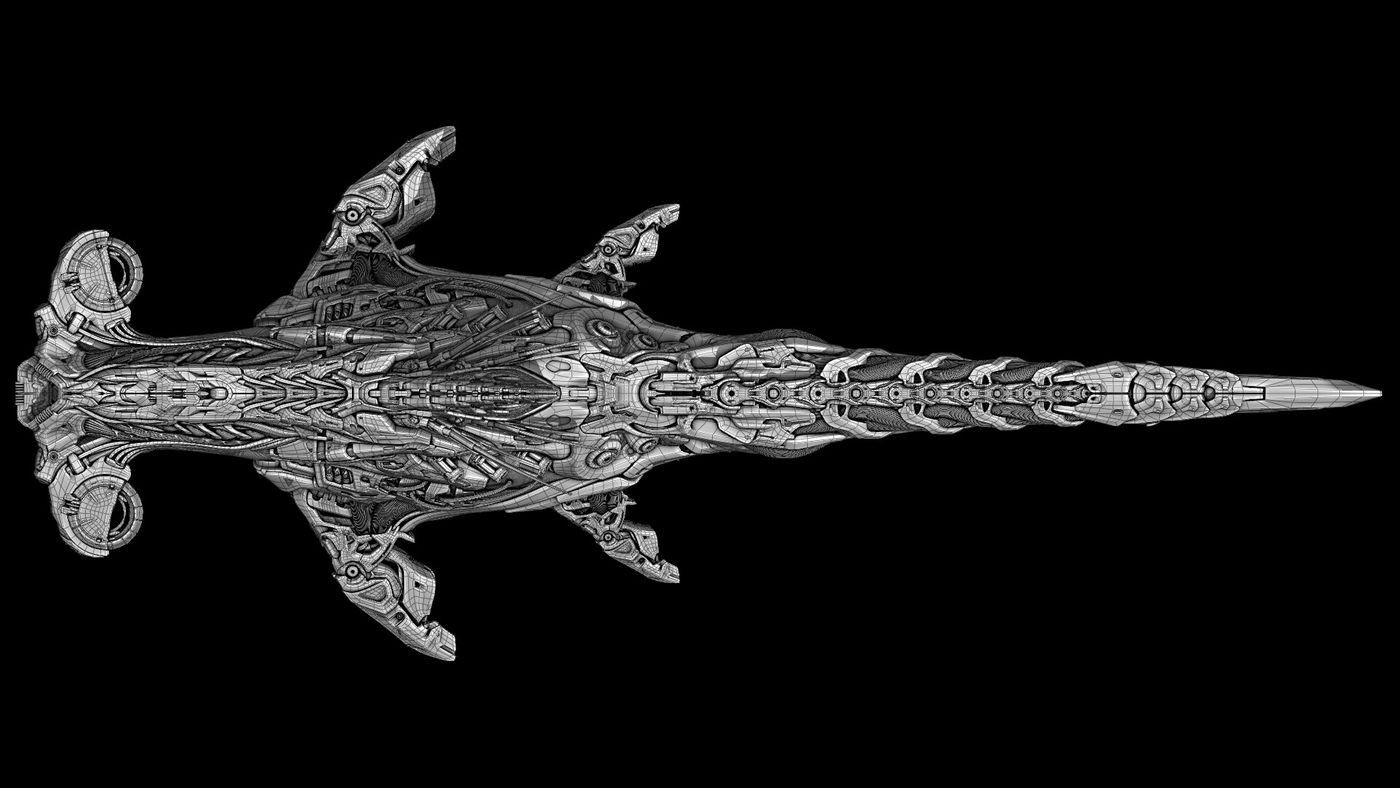 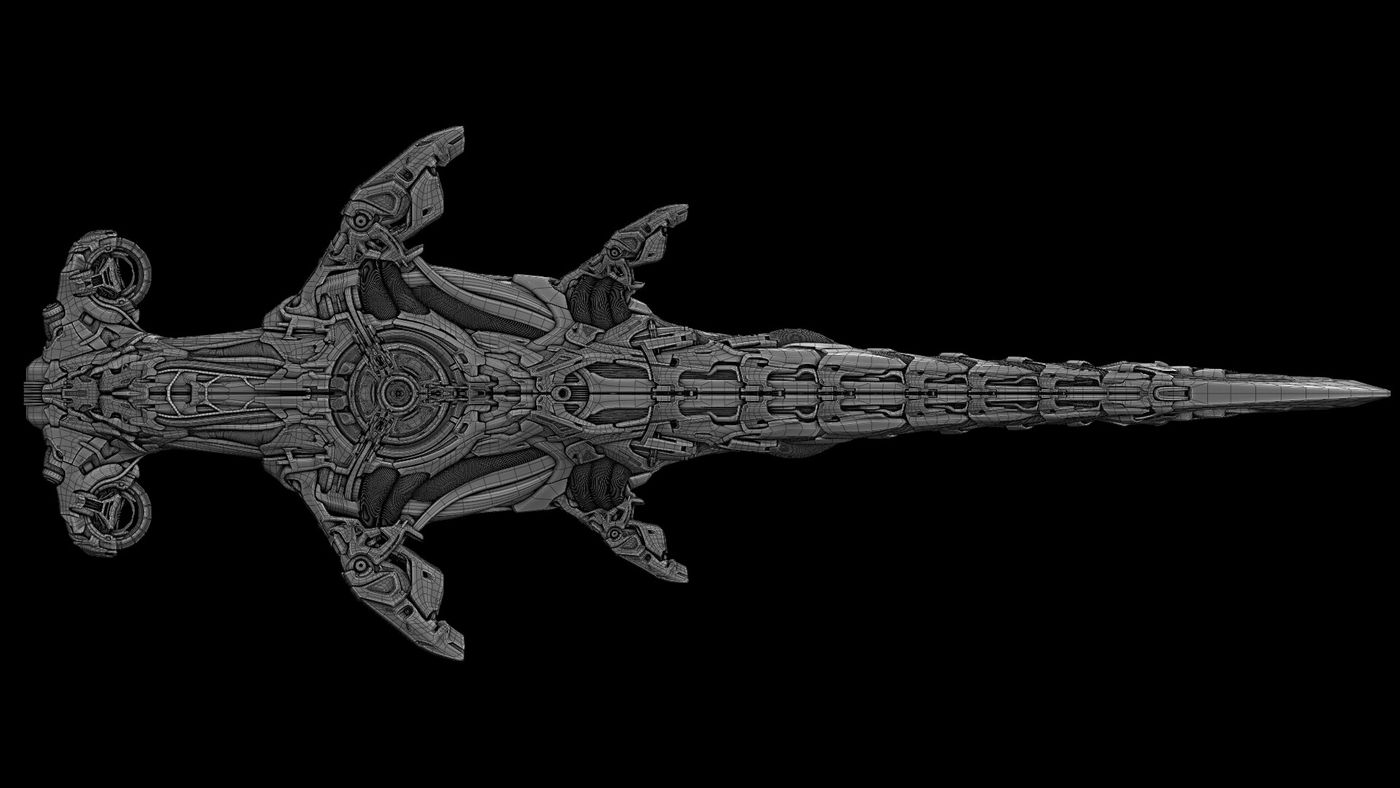 One of my most influential Projects to this Day. A design where I put a lot of time into improving my mindset to design. This fanart is inspired by the beautiful game "Horizon Zero Dawn". The greatest difficulty in creating a machine was to create a nonexisting machine that has to look mechanical, but at the same time display an organic creature. The fact that there is no machine like the Hammerhead in the game just yet was a challenge, but it did also leave a lot of space to create a unique design. Animation-wise, I decided to keep rigid objects without deformation just for Quality purposes and to test my limits. It's my first attempt at animating a creature. -SubD-

It's a combination between a Hammerhead Shark, an Orca, and Mosasaurs. To stay floating, its inflated containers are filled with air and can be damaged which influences the machine's mobility. It's a primarily passive machine that scavenges parts from the ocean ground. The jaw works like a vacuum. Next to several weak spots, the converters hidden inside the neck gap are difficult to hit. The large container on its belly is hittable from 360° around the Machine but first, the player has to hit the clamps that are holding it in place. As for its attack mechanism, it uses two power charge disks on the sides of the head. To attack the discs begin spinning to charge up an electro-magnetic-pulse that will discharge in a disc-shaped shockwave through the water. The characteristic triangle structure at the front head is primarily used for orientation and detecting anomalies. The four antennas on its back are used to communicate with other machines but the blue pointy ends can create a small force field for a short period of time.

Feel free to make your thoughts about what this Machine might be able to do.

I hope you like it and inspire you. If there are any questions, you can surely ask me in the comments. I am always open to improvement. 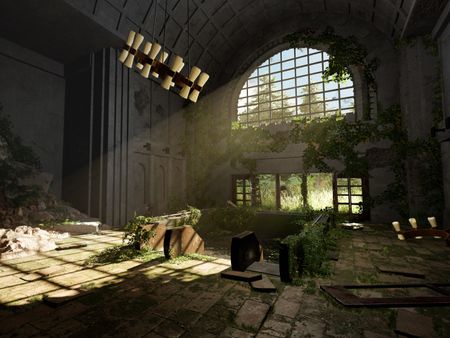 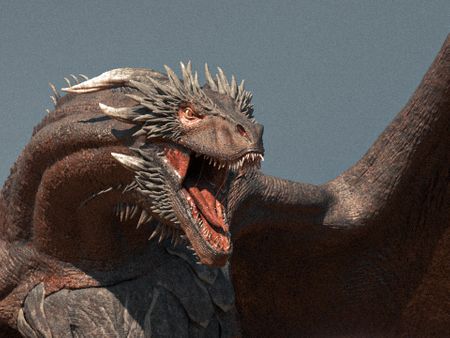 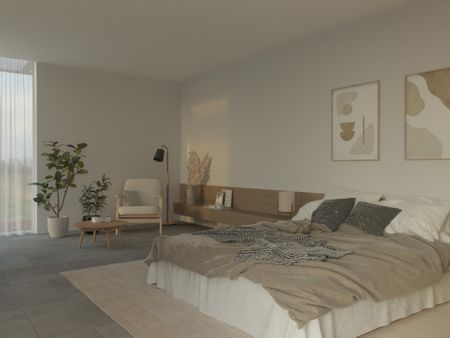