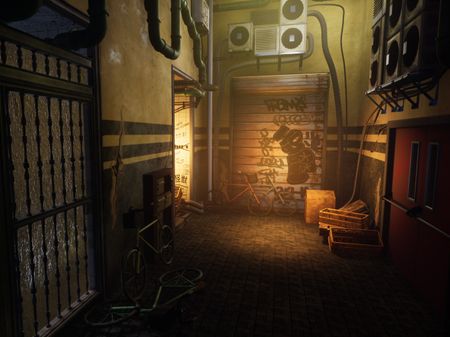 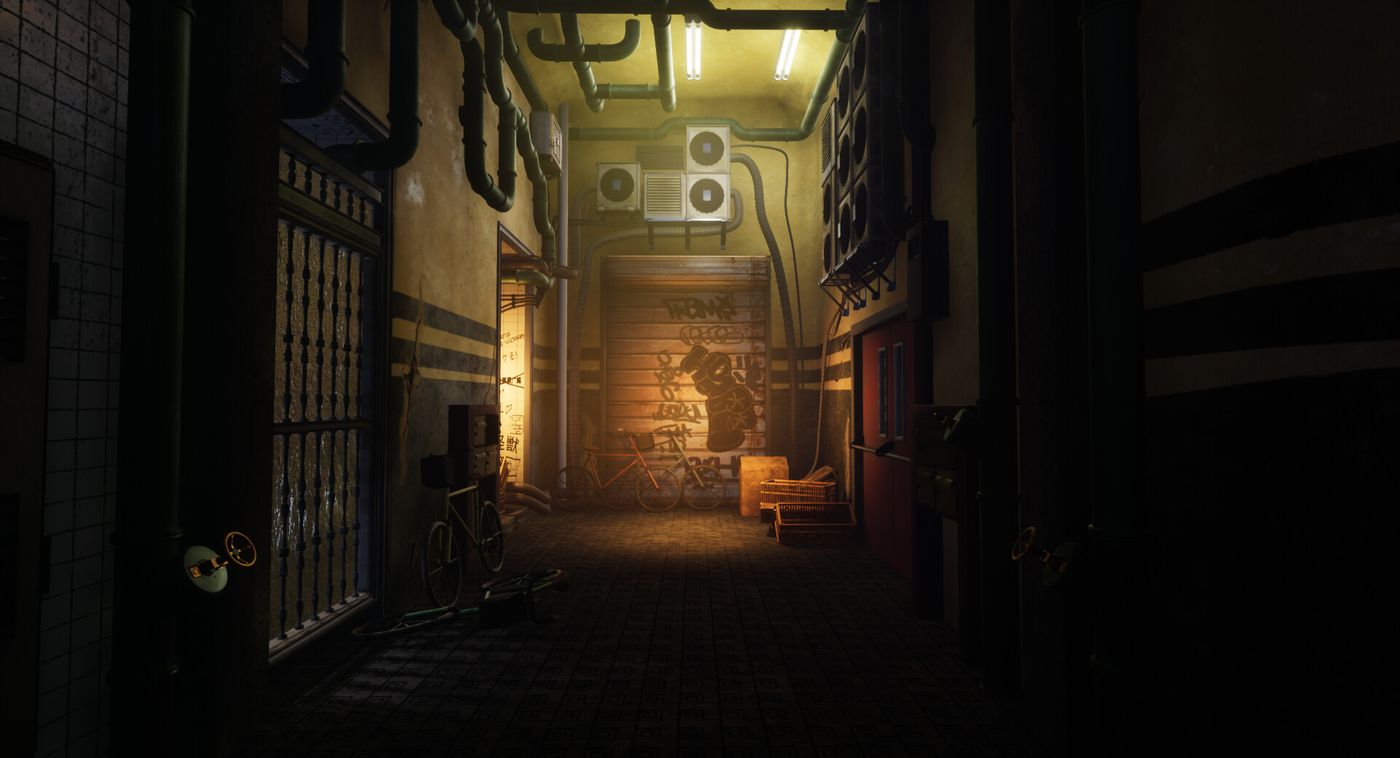 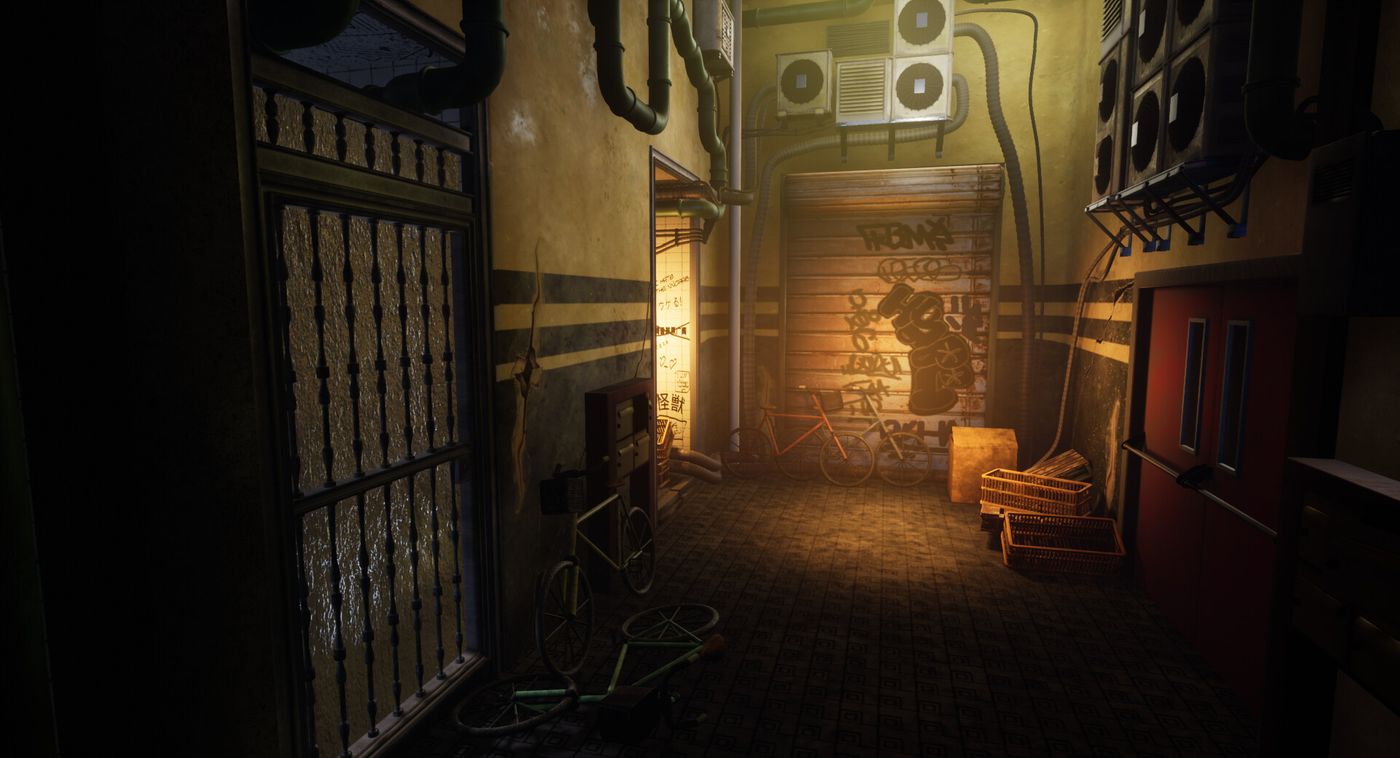 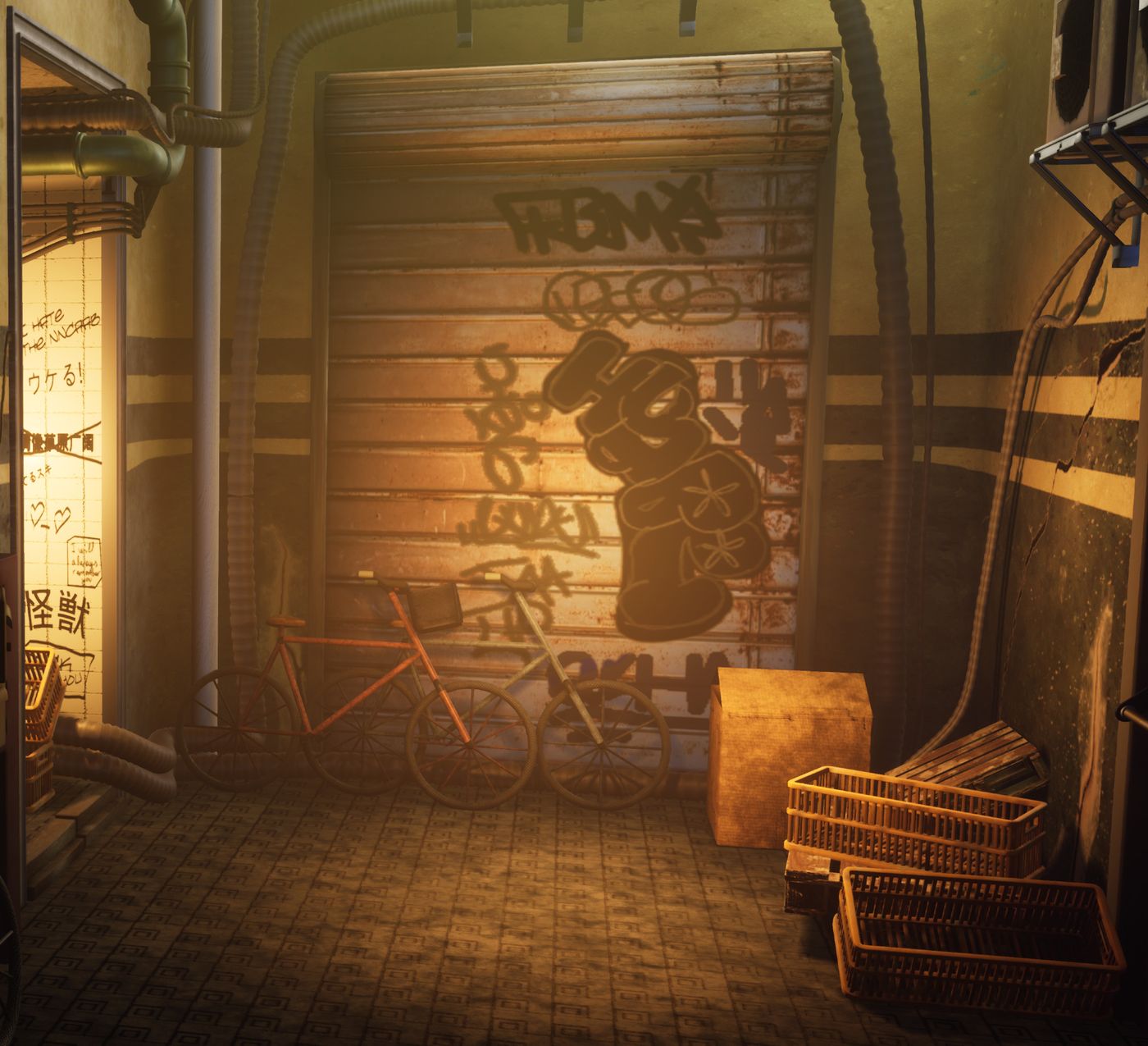 Continuing with the references, I gathered all of them in PureRef. I marked in red some of them to make clear what I found interesting, and others are without because I liked it all.

Everything that I modelled for this scene I found it on the video, unless some props that I did extra, to make the scene look more alive and have some free creativity.

The promenade has very few assets: two different handrails, banks or advertisements hanging, some lifeguard floats, bollards for the tourists ships and an "information point" also for tourists.

But to make it more full I added a parking for bicycles and some bicycles as well. There are always construction zones which are blocked, and I wanted to use one of the corners of the scene for that, combined with a "loading and unloading" point.

Vending machines, lightful advertisements and ventilation and pipes systems, are a "must" on Asian environments, since their streets are full of them.

I decided to not get crazy and copy some designs for some ads, but for others I used different words (thank you google translator Spanish - Japanese, LOL), or I imagined how it would look like.

I also made a modular pipe set and two different ones to use them also as splines. 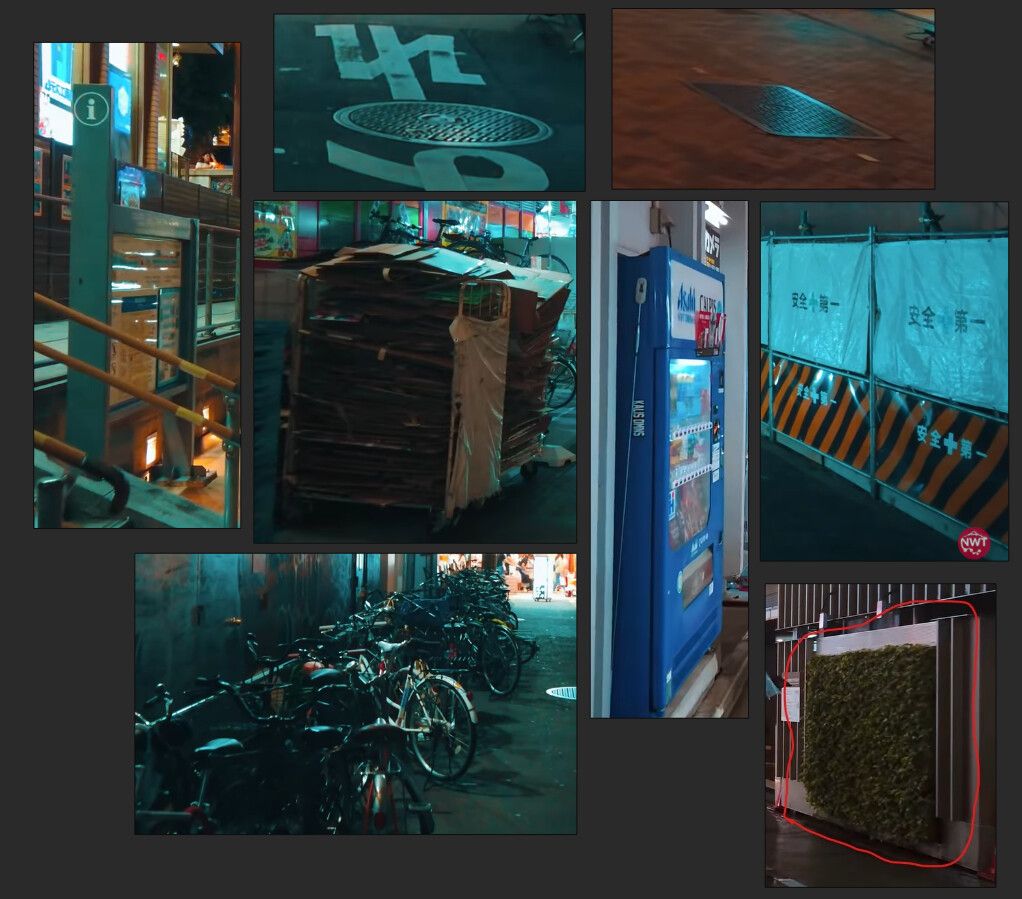 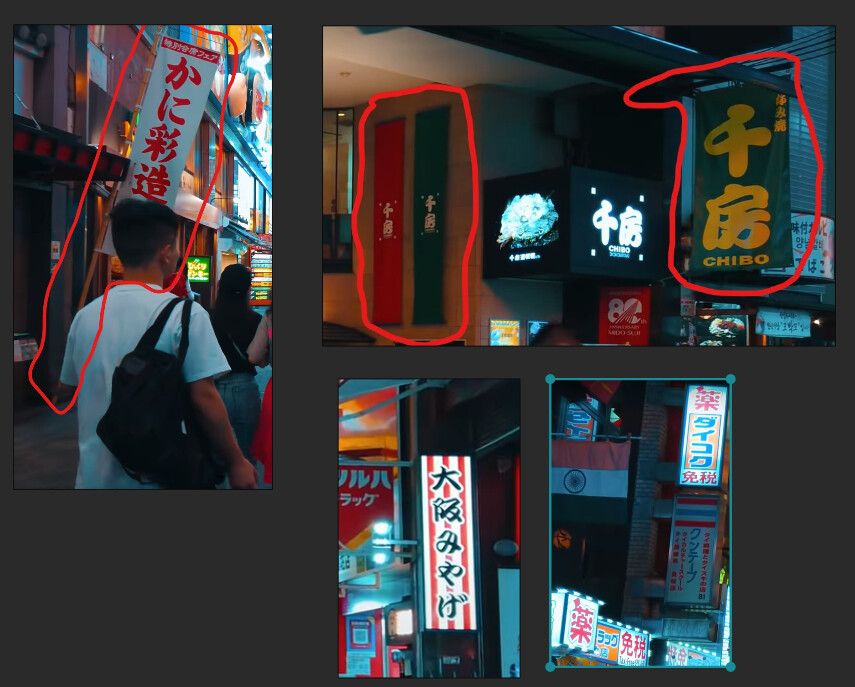 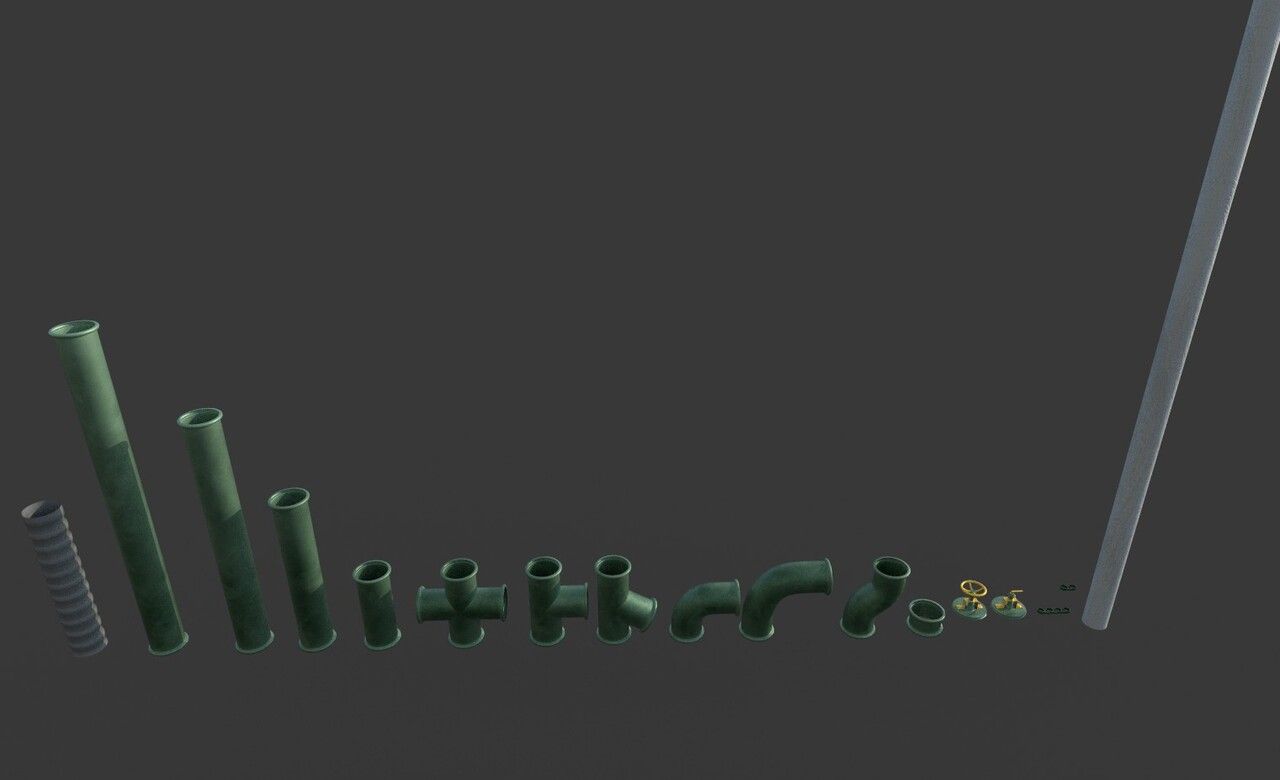 Here you can see a very early stage of the scene, placing the props I made and testing materials that I did for old projects, but that I always reuse to save time. I also placed the river on the scene, using the features that Unreal has.

And also another screenshot with more work done, but still with lot of things to change on the scene. On the right side is a Takoyaki bar, followed by a Pub that goes downstairs. Next to the pub is where I wanted to place the second interior, that's why there is a corridor which some more doors as you see on this stage. On the left corner I placed the Okonomiyaki restaurant with its big and colourful name on the top.

At this stage, I placed also the modular buildings that would fill the top side of the environment, I made some lighting pass and tested some cubemaps for the reflection capture. At the end I decided to go with "Shanghai Bund" from HDRI Haven 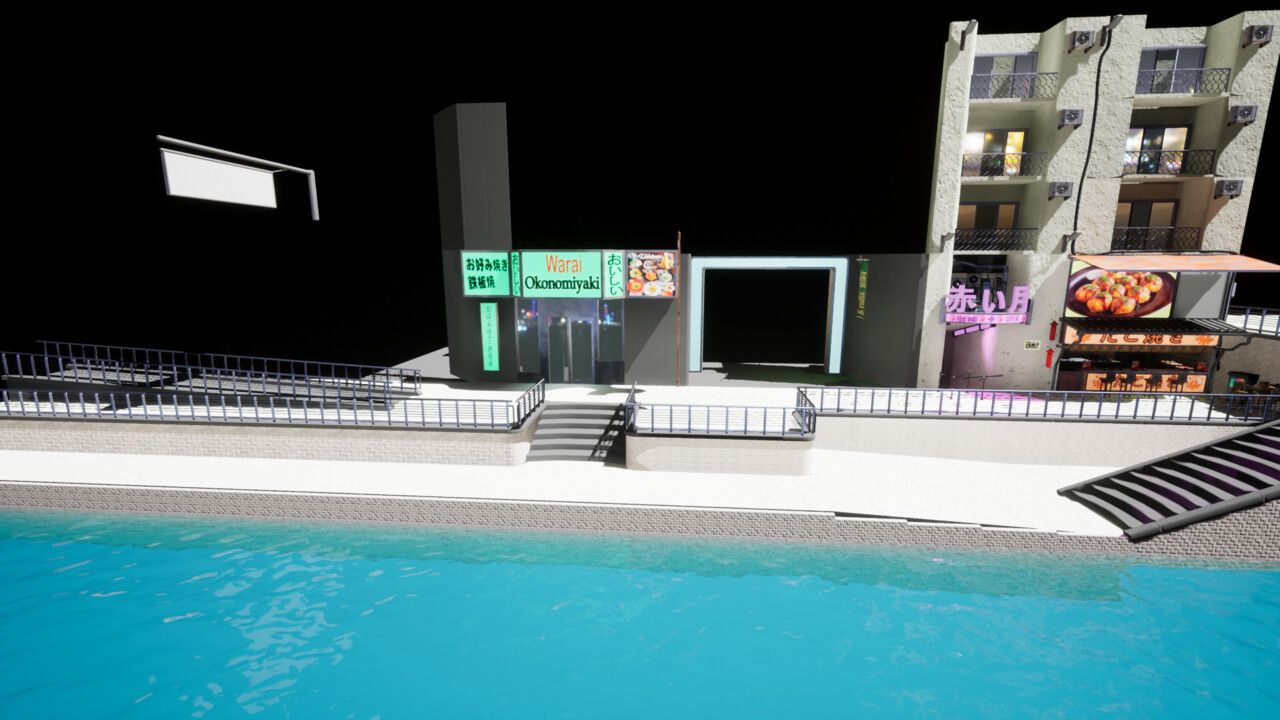 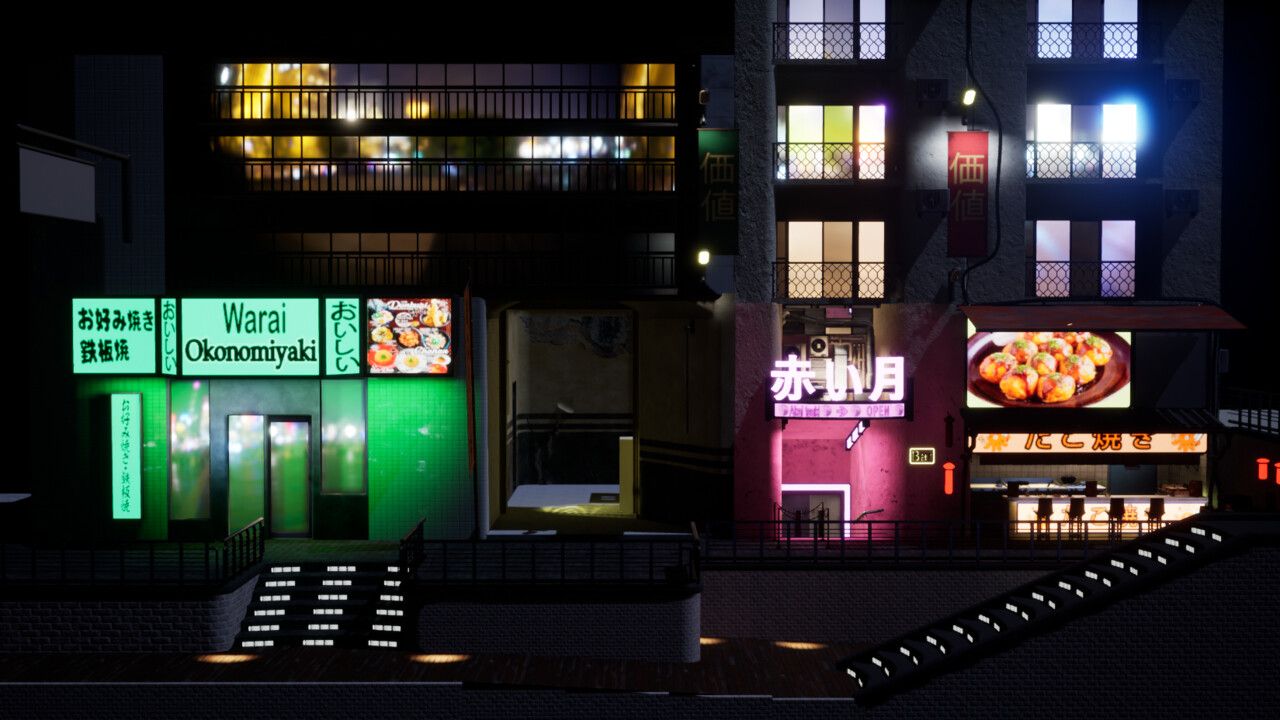 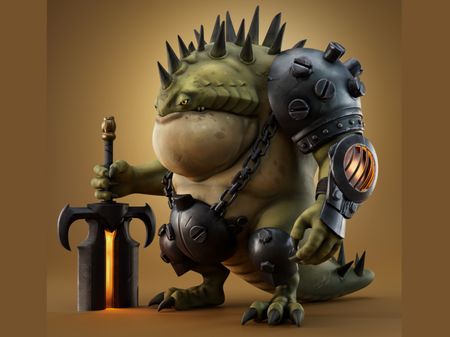 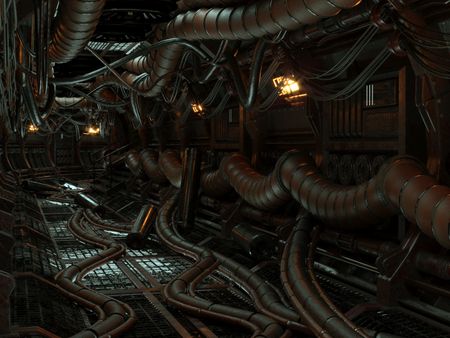