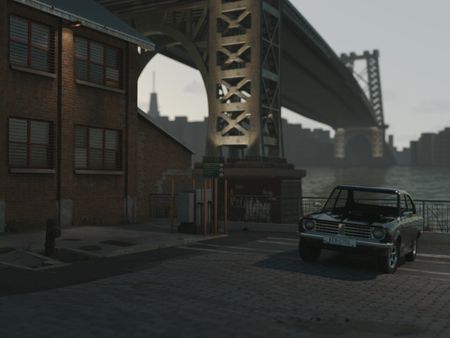 Car By The East River

A few months ago I watched the true-crime docuseries "Fear City: New York vs The Mafia" on Netflix and took a screenshot that I used as inspiration/direct reference for this project.

Car By The East River 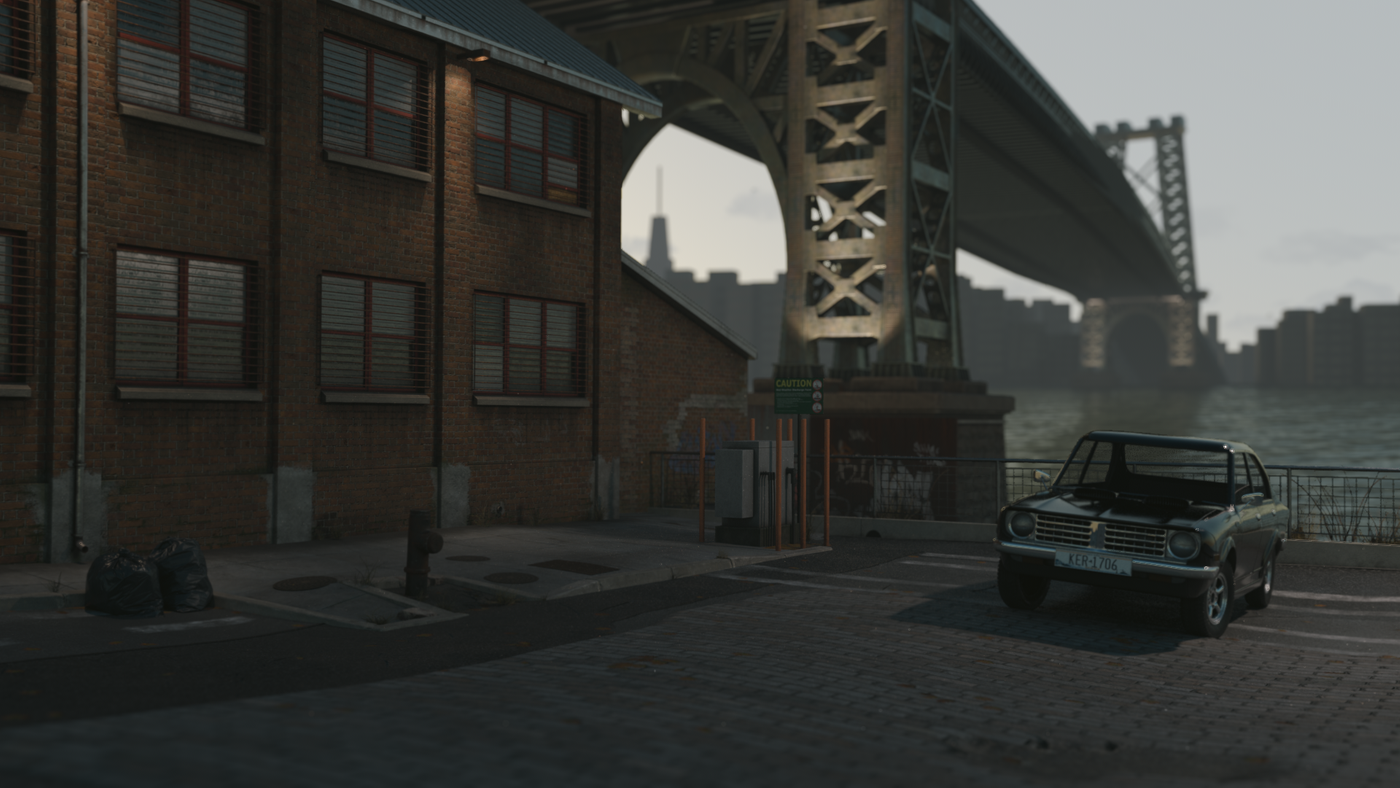 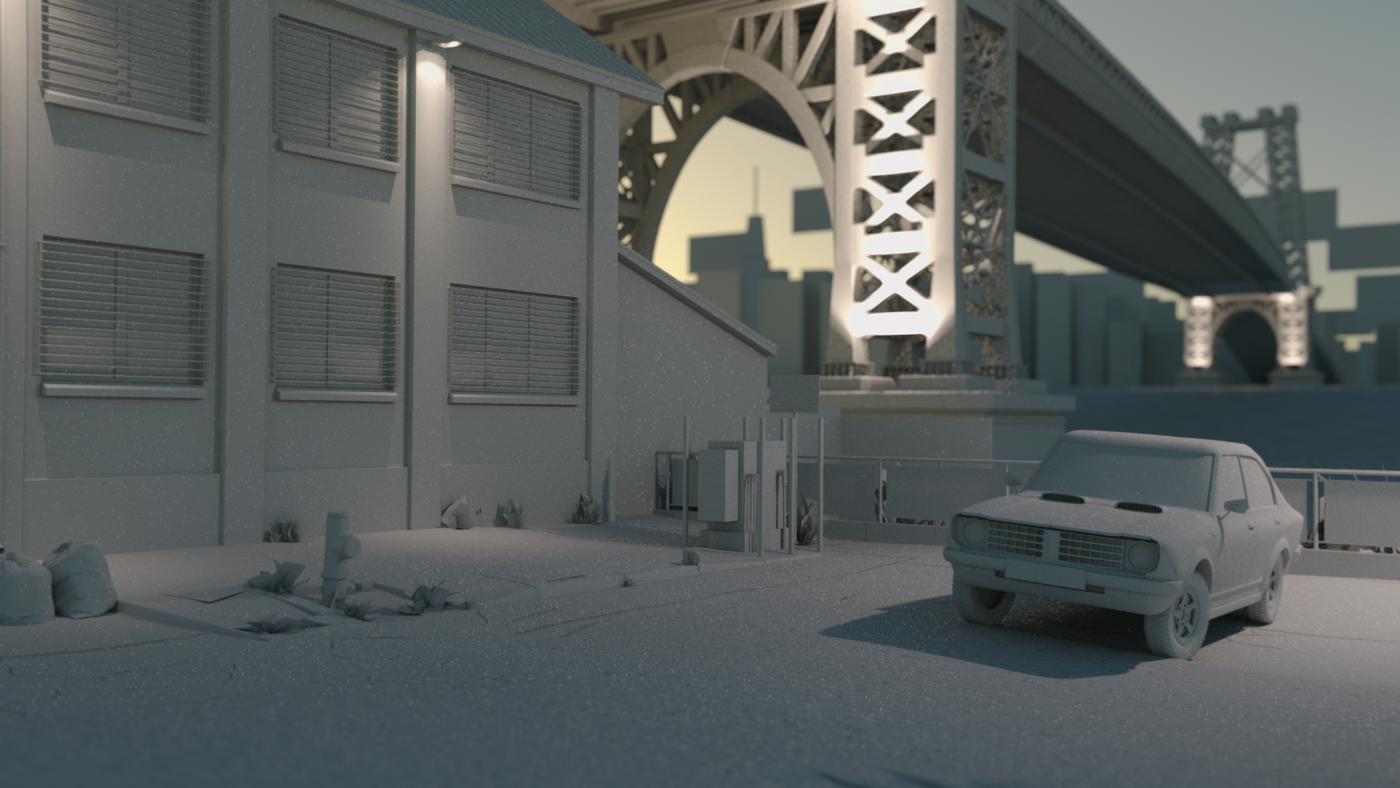 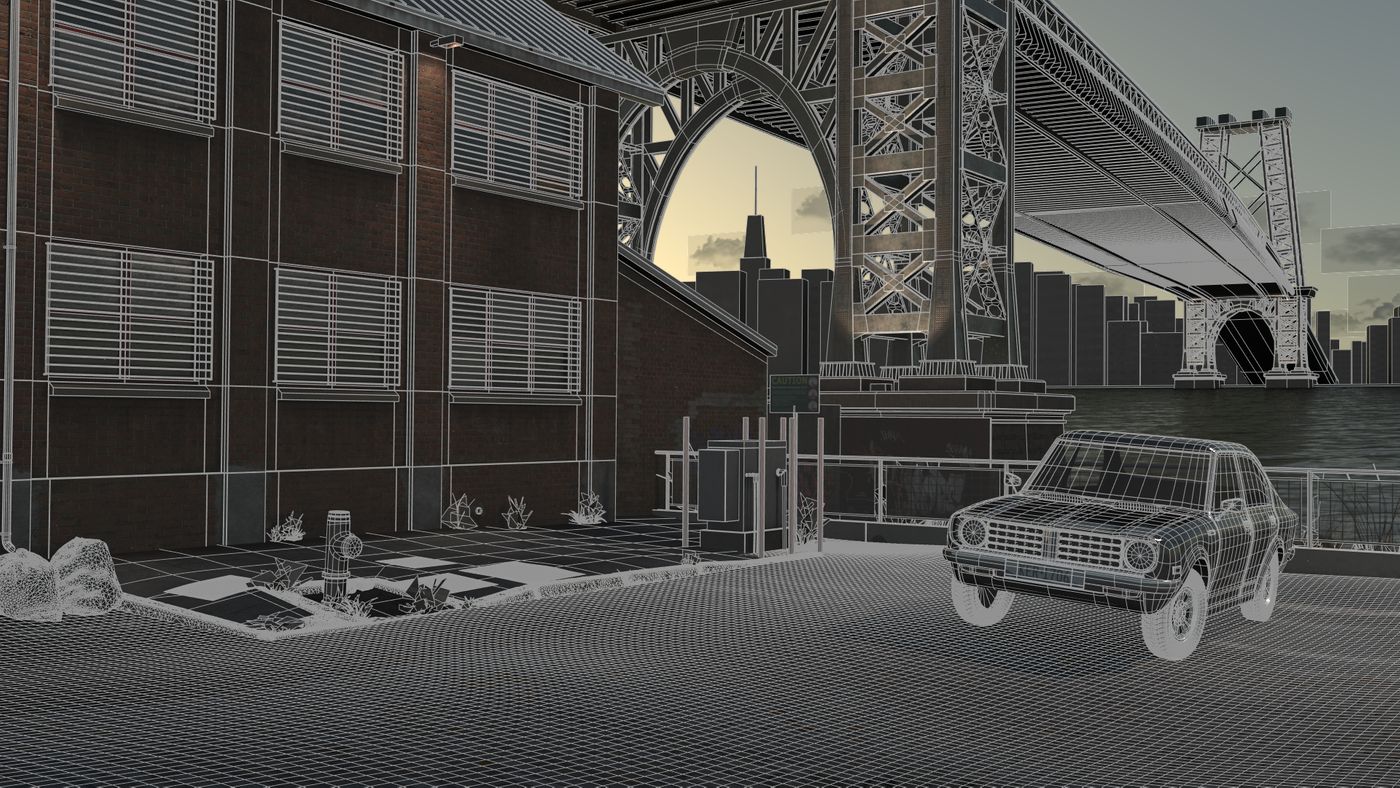 During the blocking process, I had some trouble making out some of the details in the reference, so I decided to find the street where the shot was filmed on Google Maps, which was really helpful since now I could move around and establish the distance between some of the objects.

At first, I wanted to use a car that I downloaded but at the last minute, I decided to model one myself. I used the Toyota Corolla E20 as a reference.

The plants, the curb, and the trash bags are from Quixel Megascans. 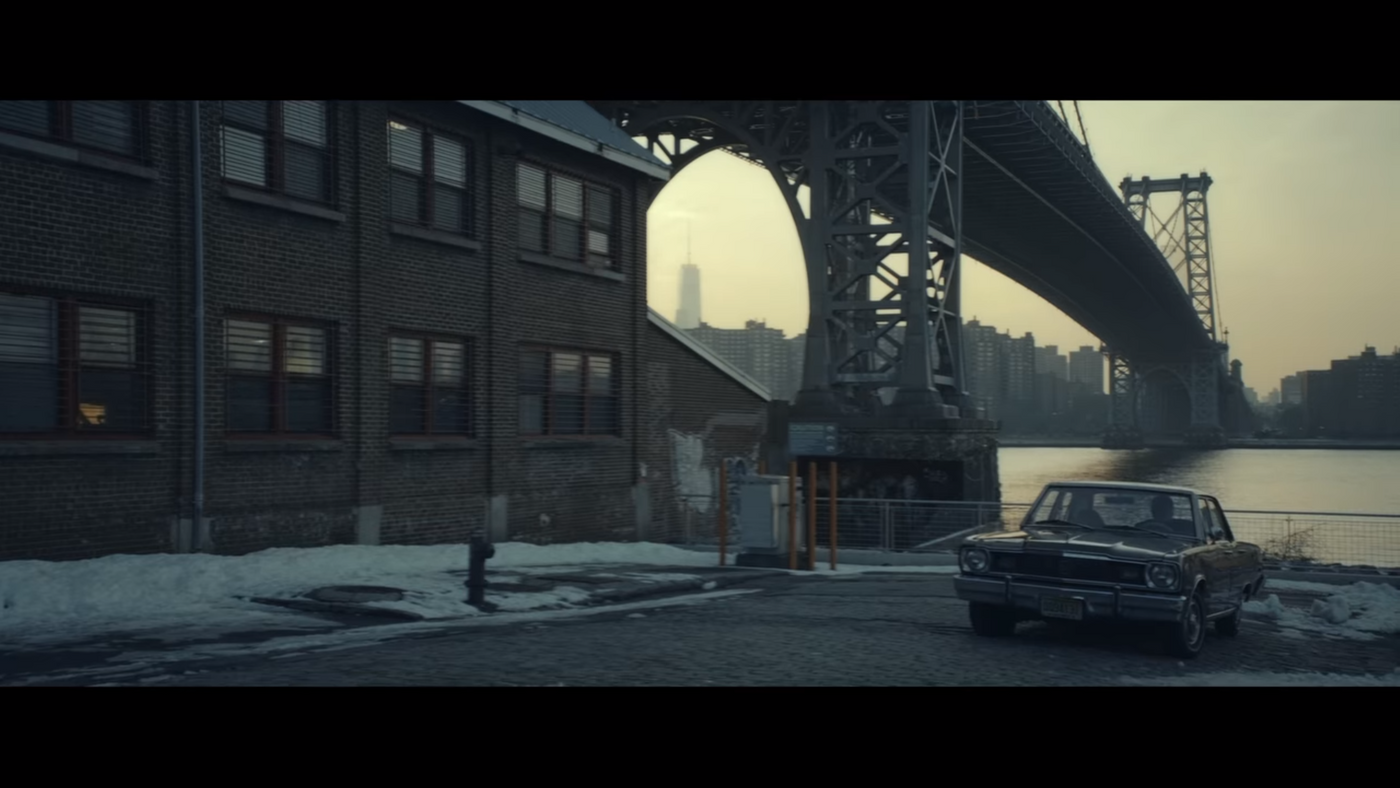 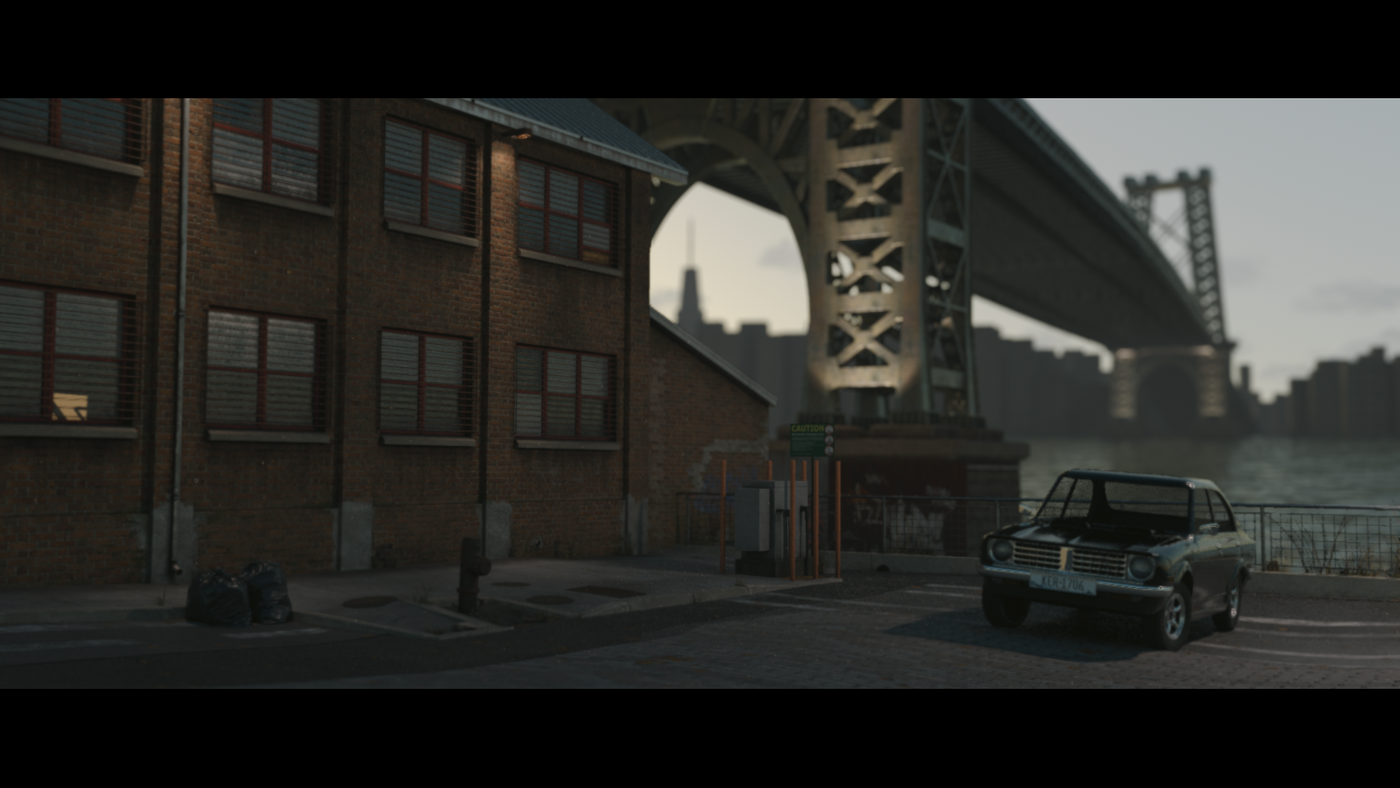 I originally planned on rendering in 21:9 but later I realized, that I then would not be able to render it in Nuke since I am using the non-commercial version (1920x1080 rendering limit). Also, the 21:9 format would not fit in my demo reel, since all my other projects are in 16:9.
That's why I changed the resolution and adjusted the camera position. 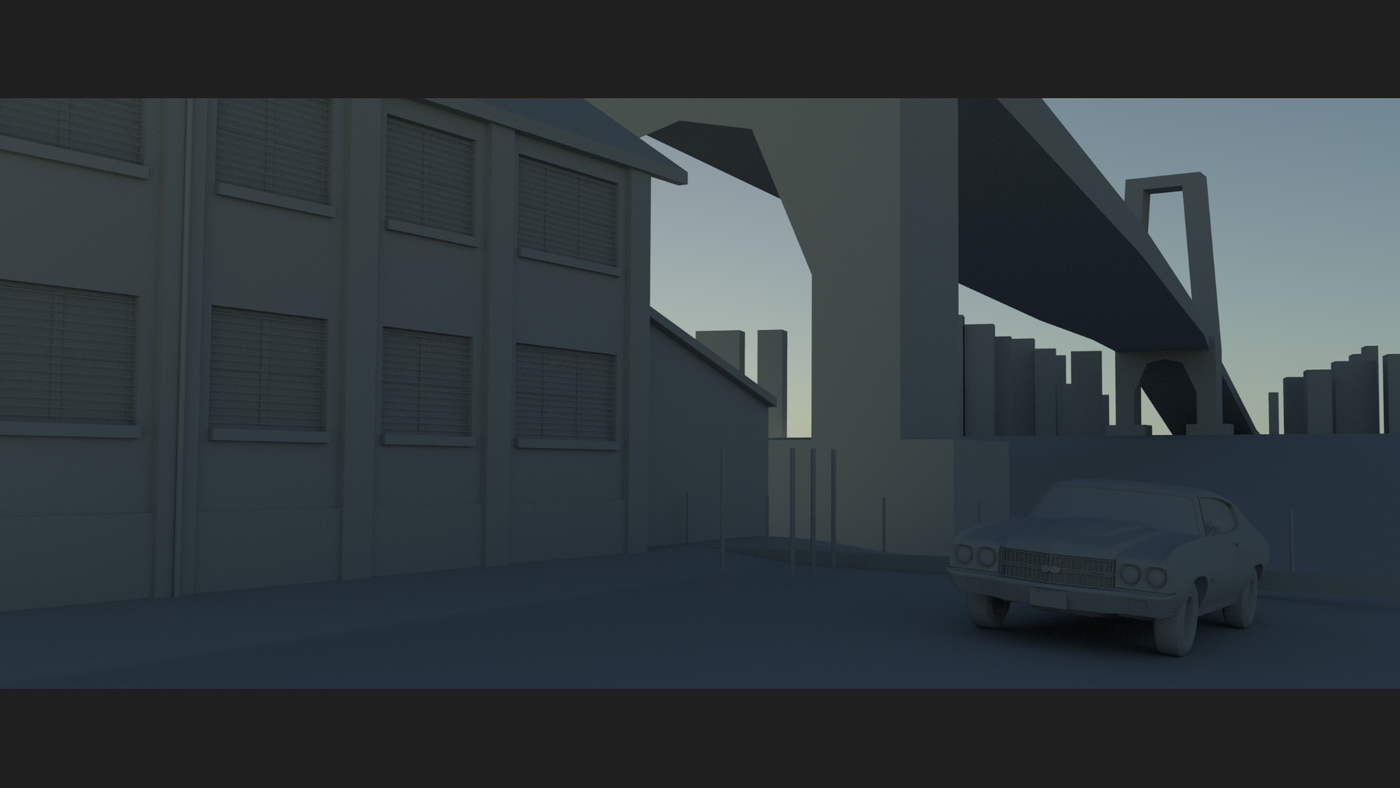 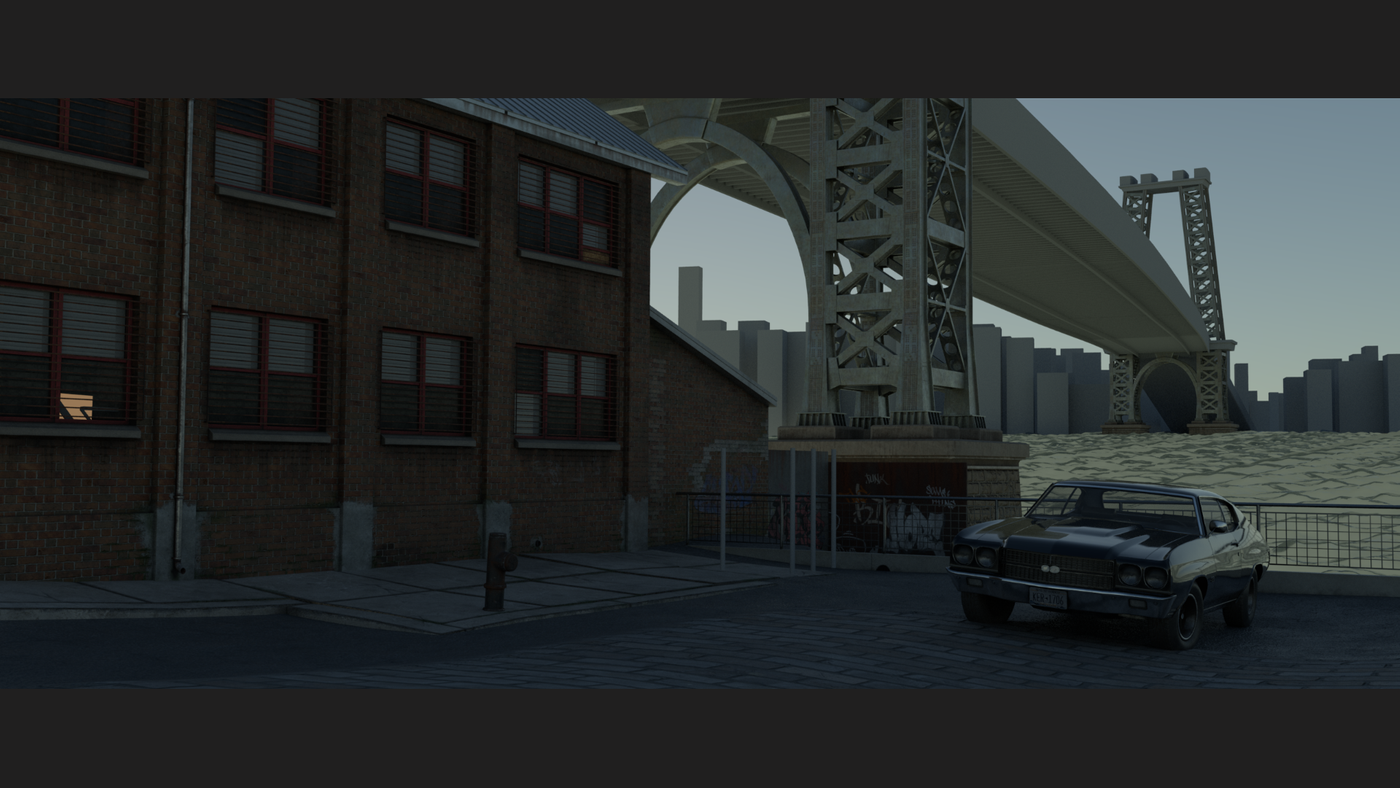 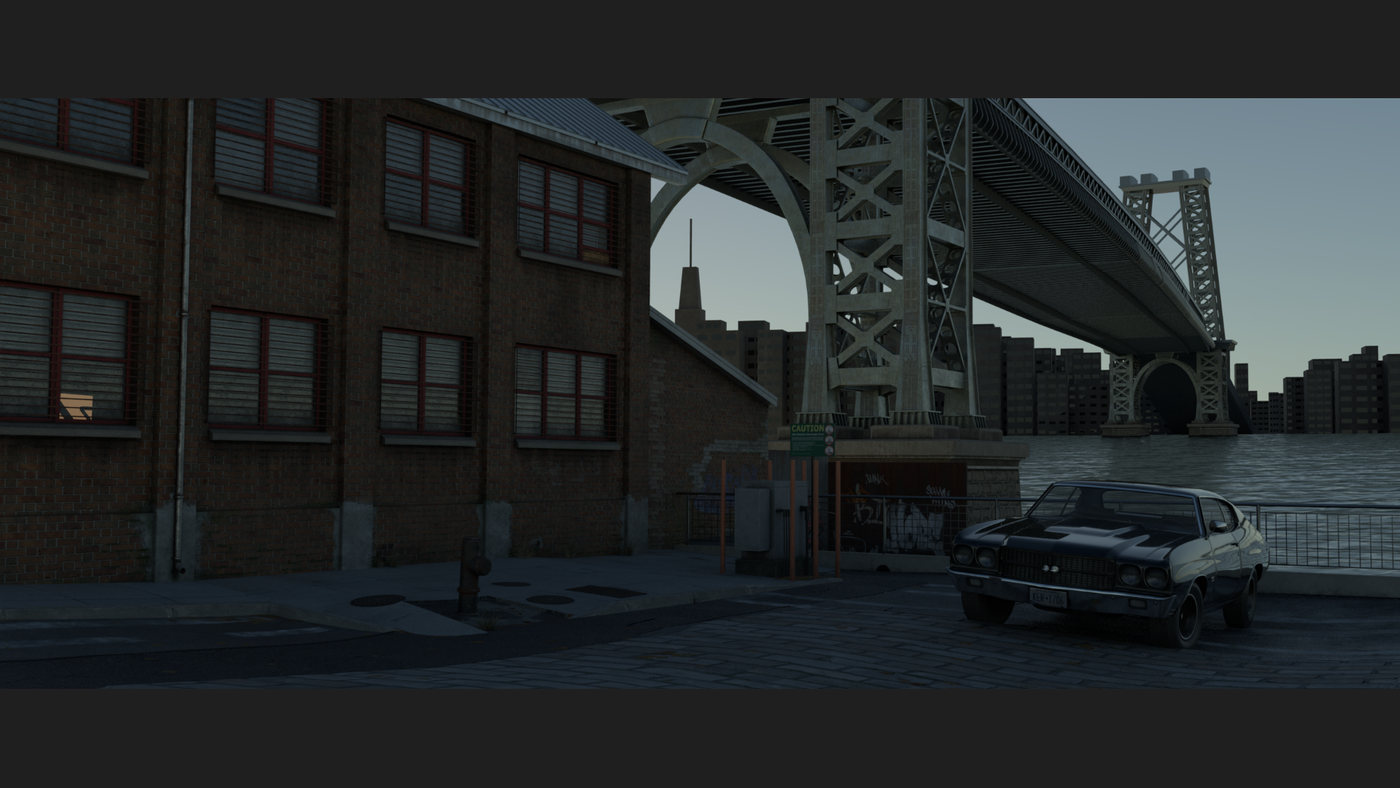 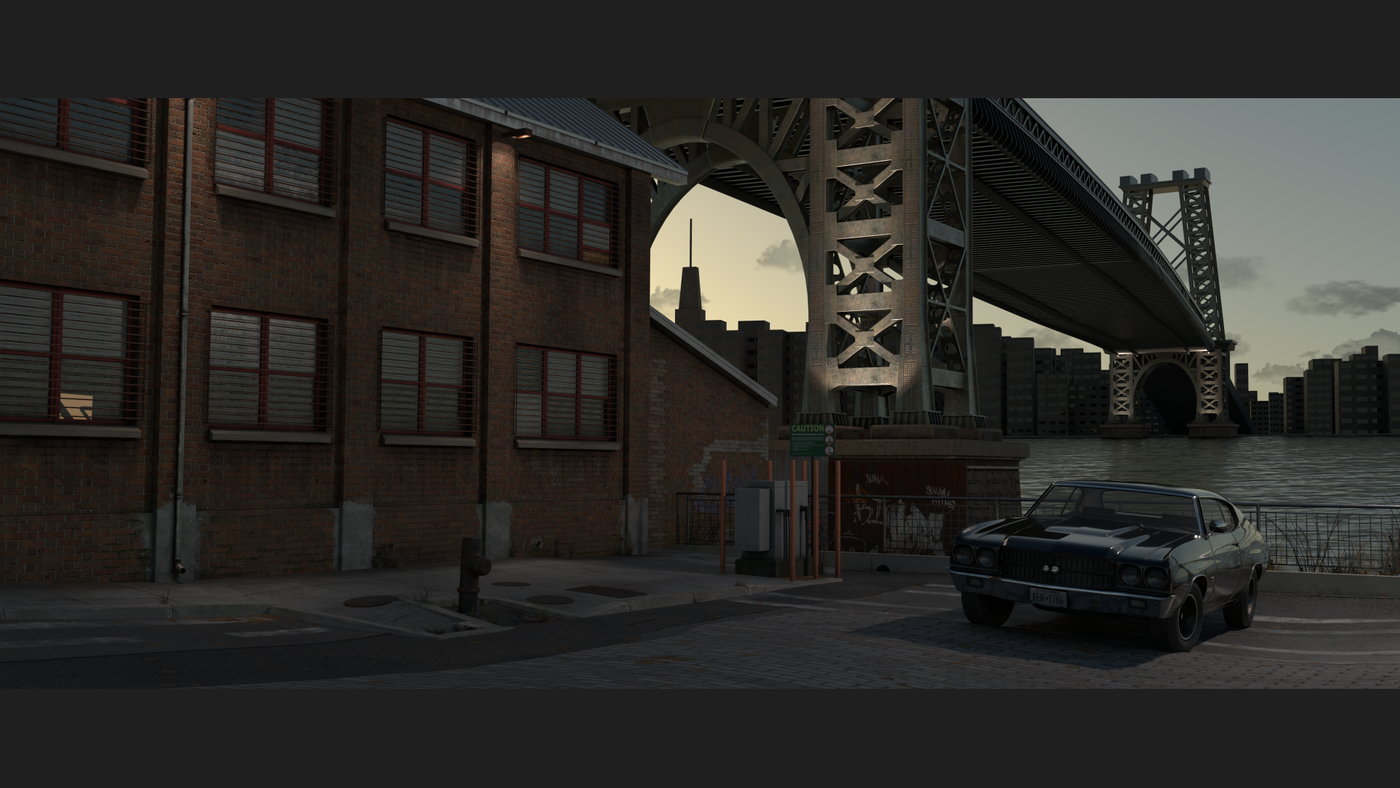 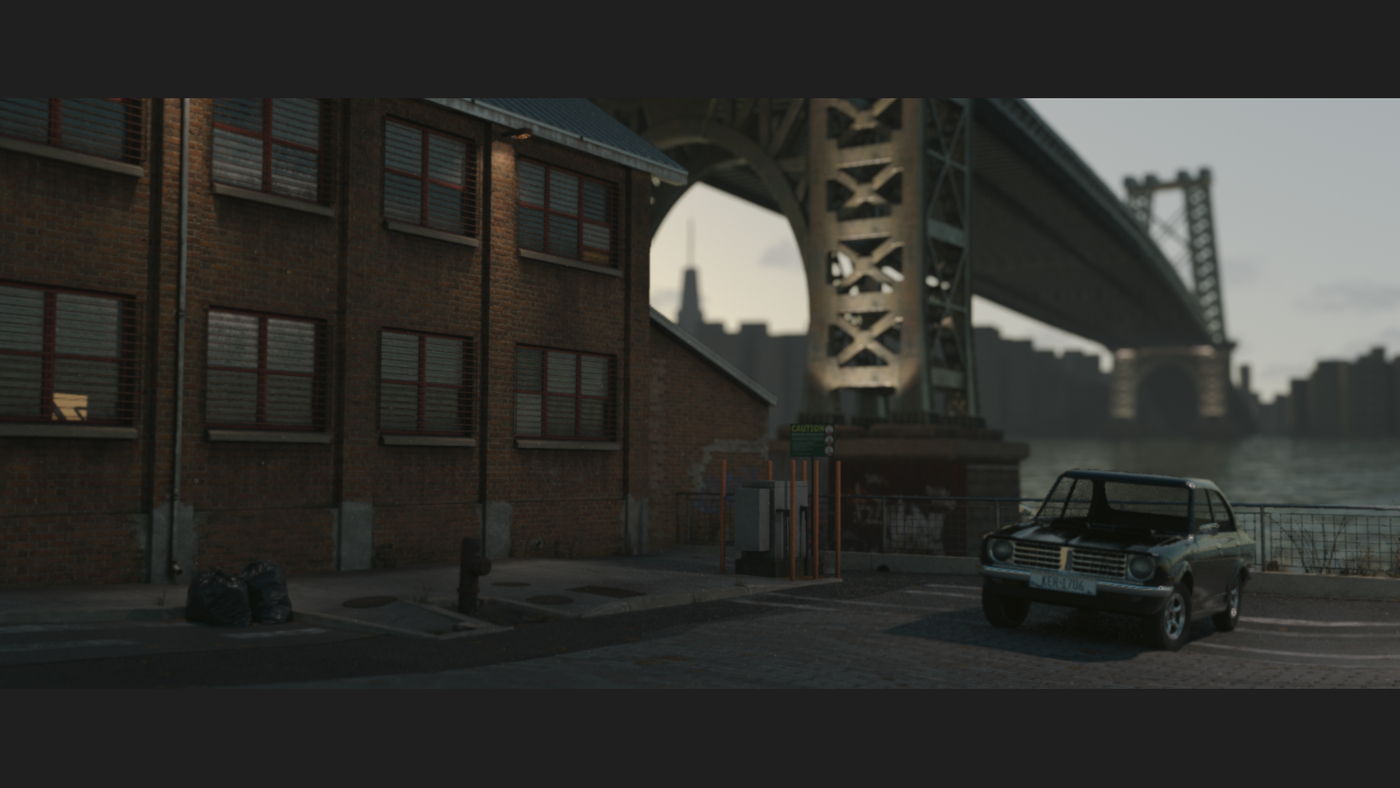 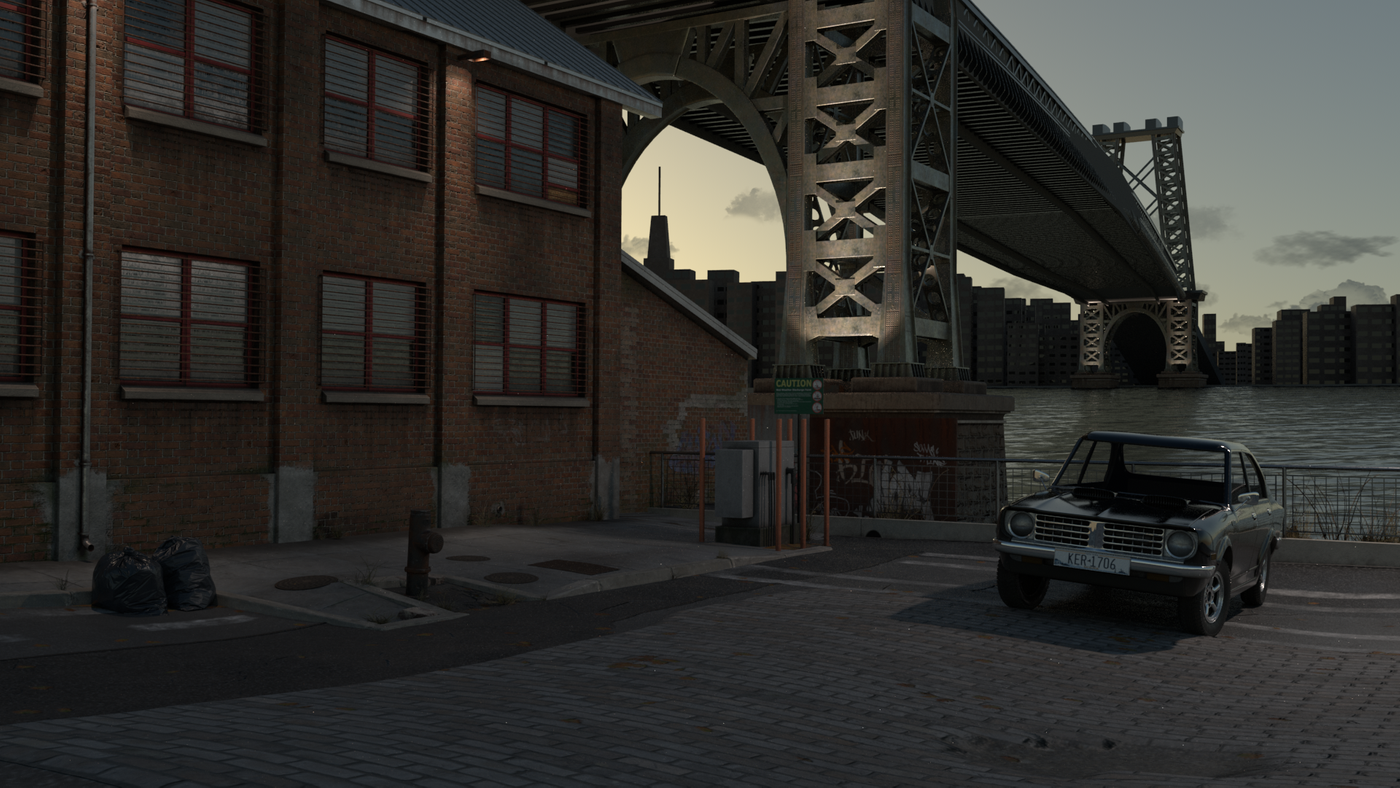 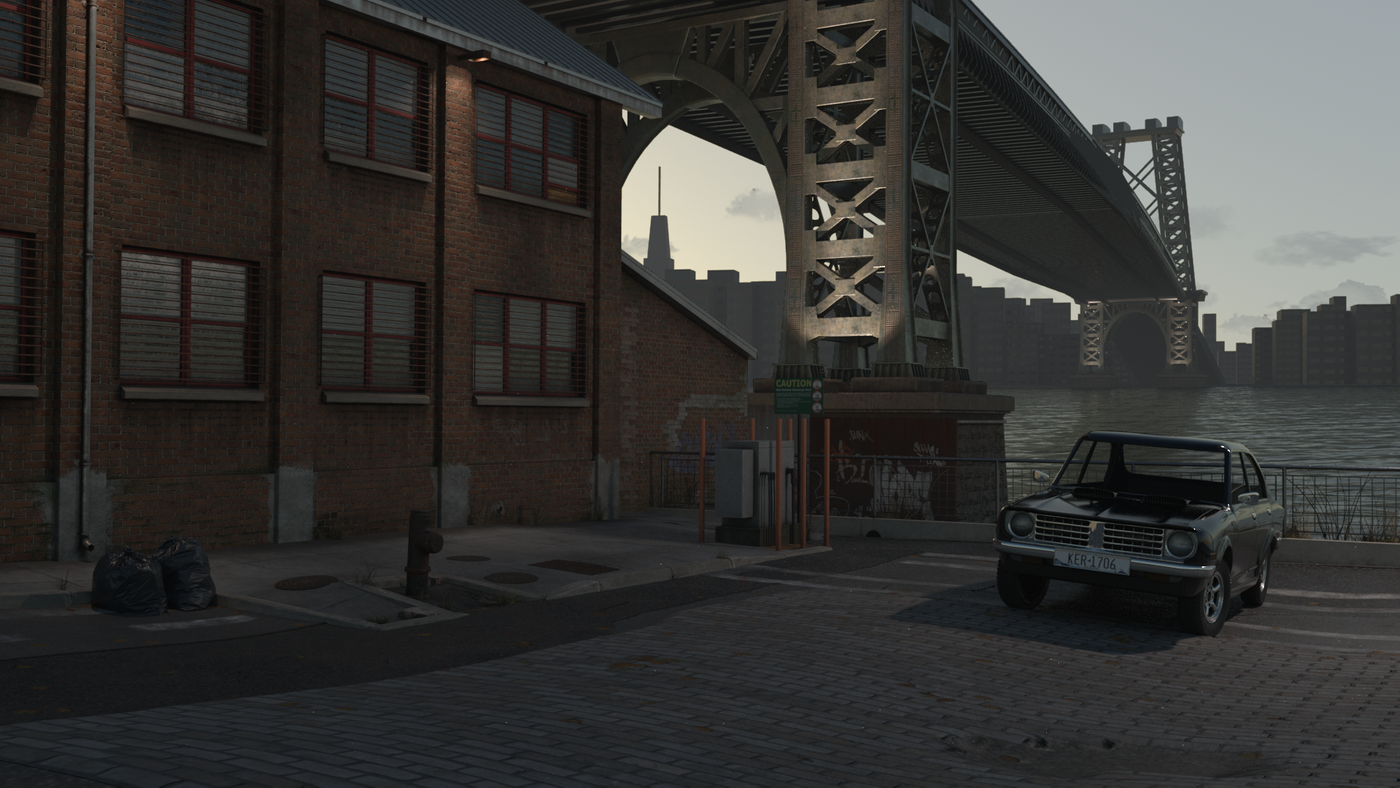 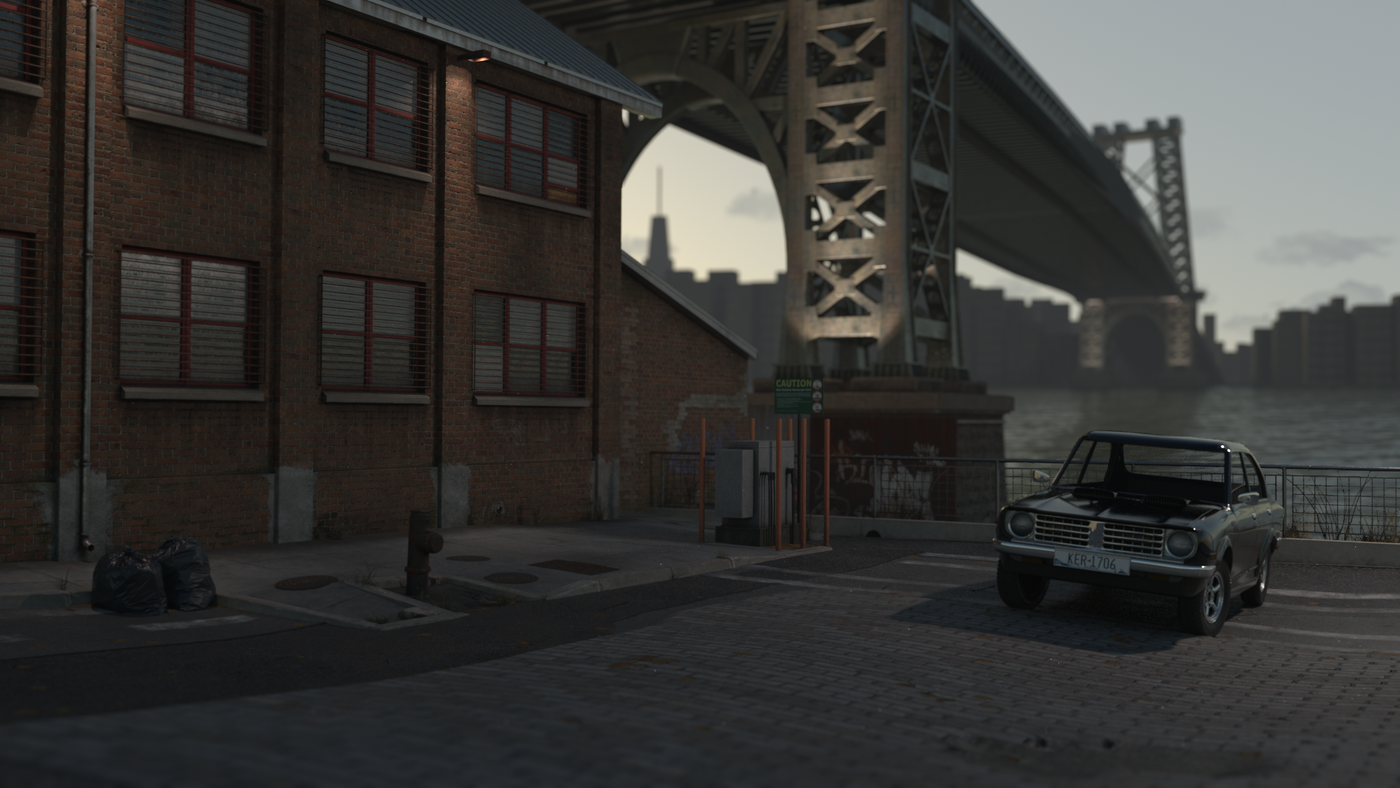 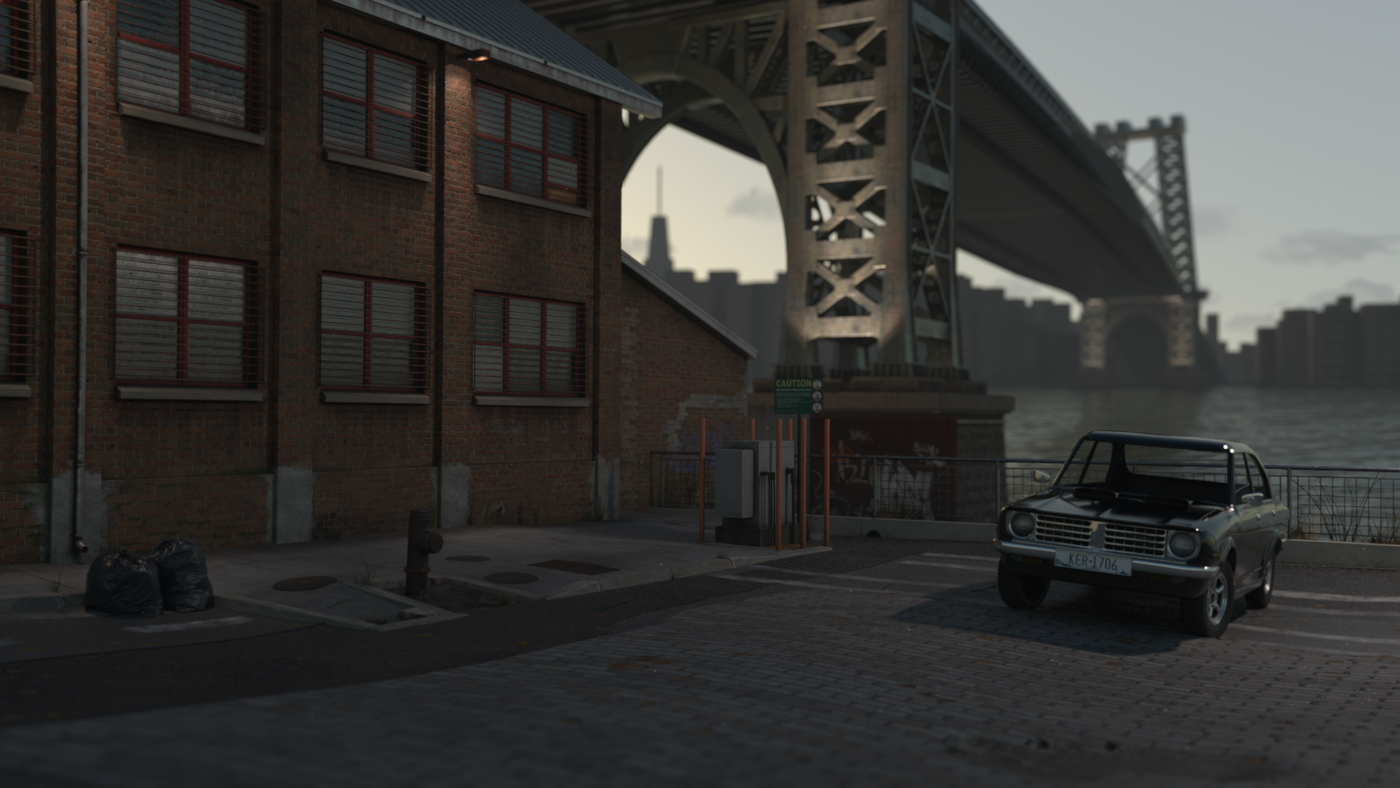 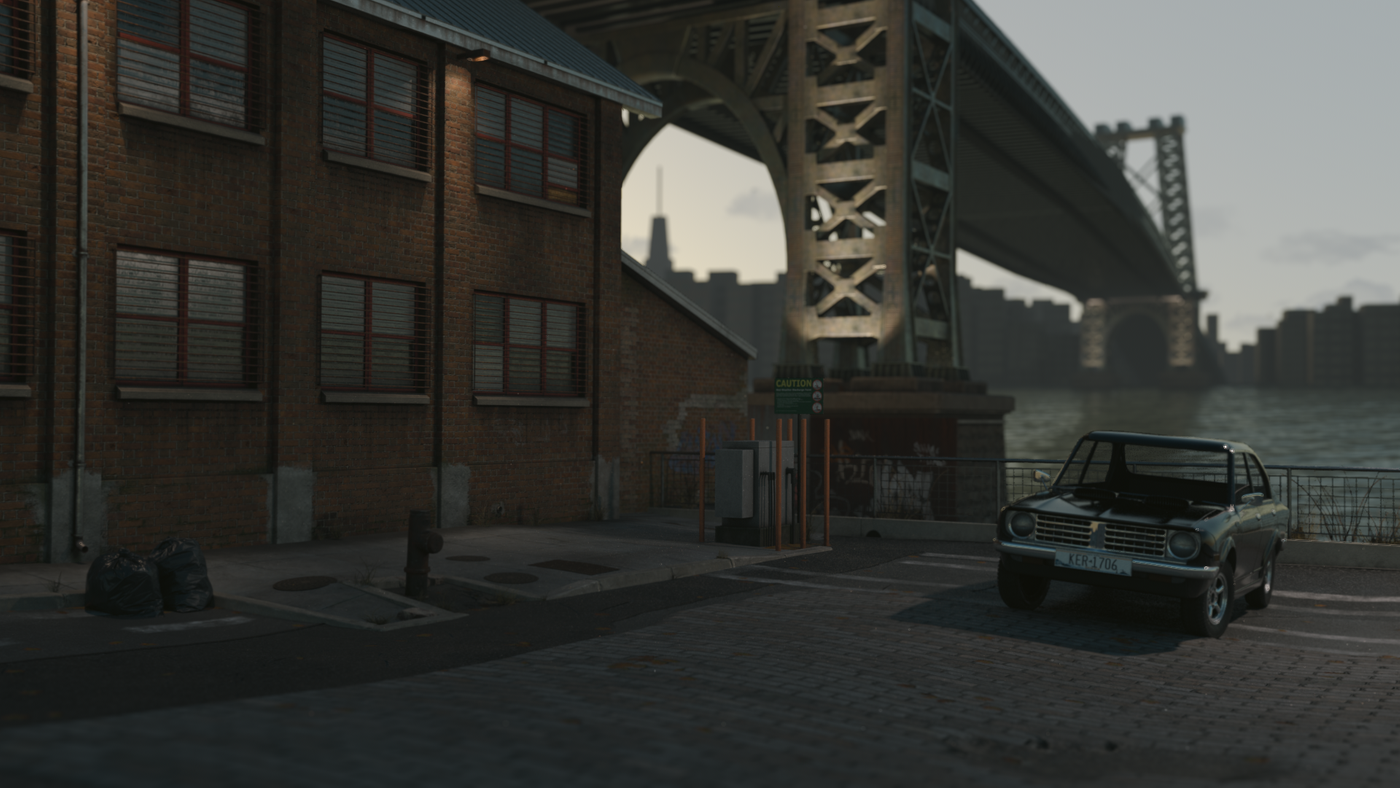 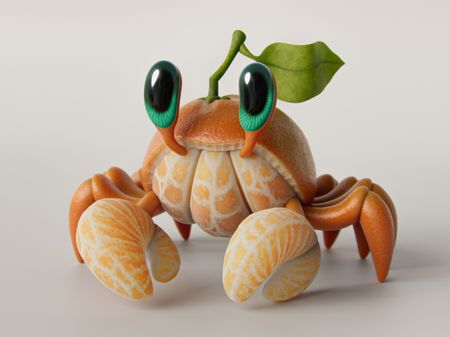 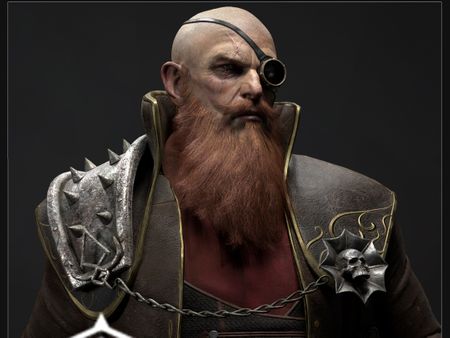 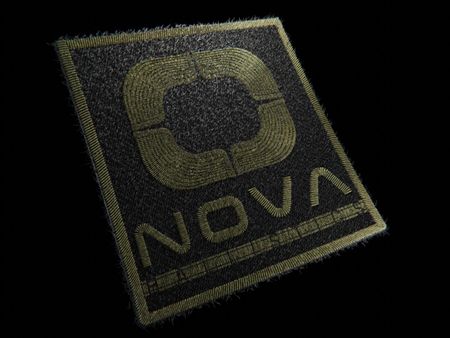