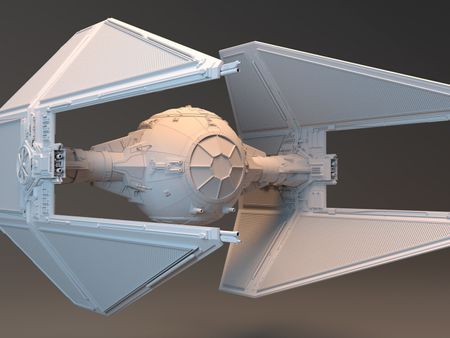 TIE Interceptor (all SubD / with Wireframes)

A 3D model of a TIE Interceptor, a spaceship from the Star Wars universe. Whilst organic modeling has always been my forte. Hard Surface, not so much. I decided I would challenge myself and tackle SubD modeling once and for all. Now I feel ready to learn anything and work on any project. Just bring it on!

TIE Interceptor (all SubD / with Wireframes) 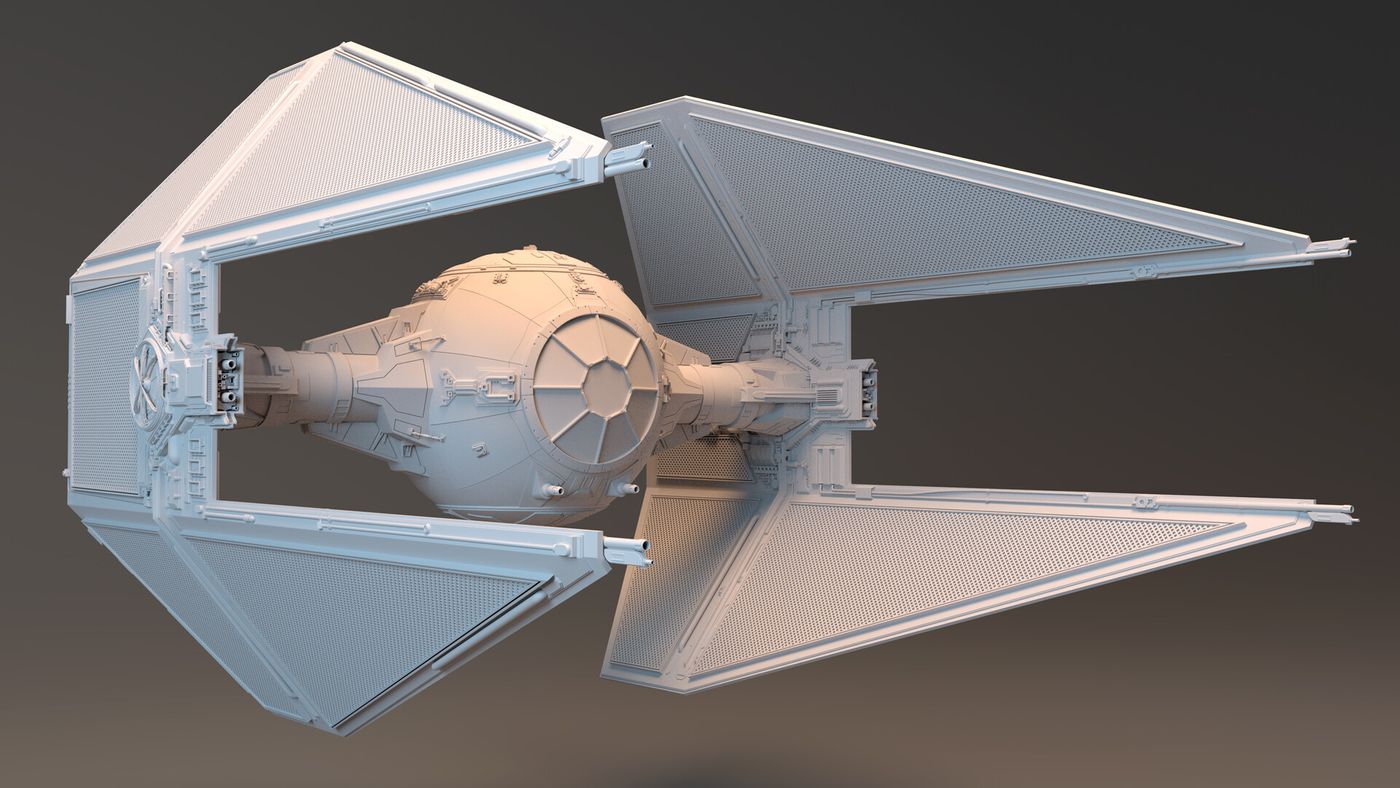 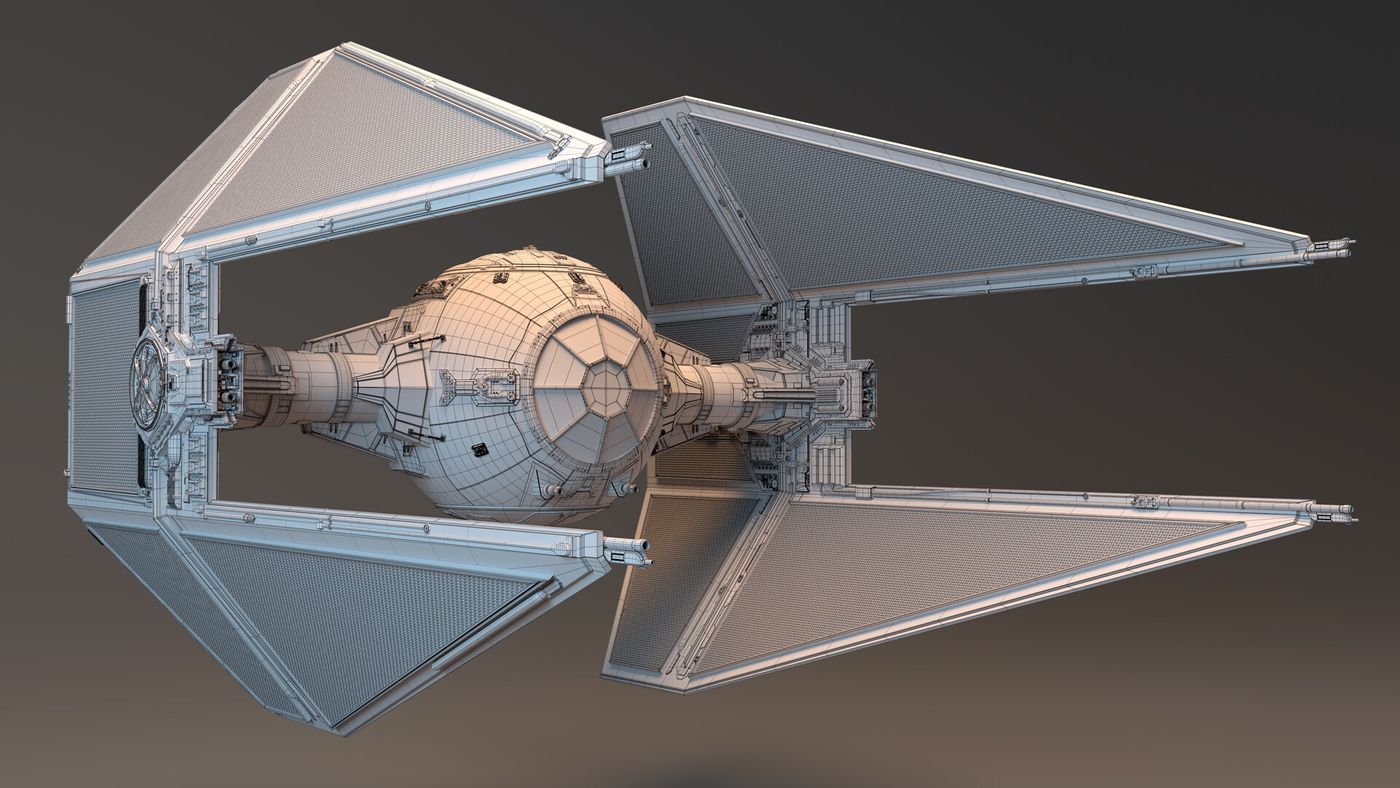 Don't forget to swipe the yellow bar under the renders to take a look at the wireframe. Keep scrolling for more renders and wireframes ! But before you go, here's a little turntable:

Before this project, I had never really based all my efforts solely on Hard Surface, especially not fully subdividable! While browsing ArtStation, finding Ansel Hsiao's and Andrew Hodgson's work really inspired me to create a spaceship model. In addition to that, Andrew posted some super useful comments on his blog on how to create production-ready meshes, so I thought I would try to apply what I had learnt. It's actually really funny that he's a judge on The Rookies this year. 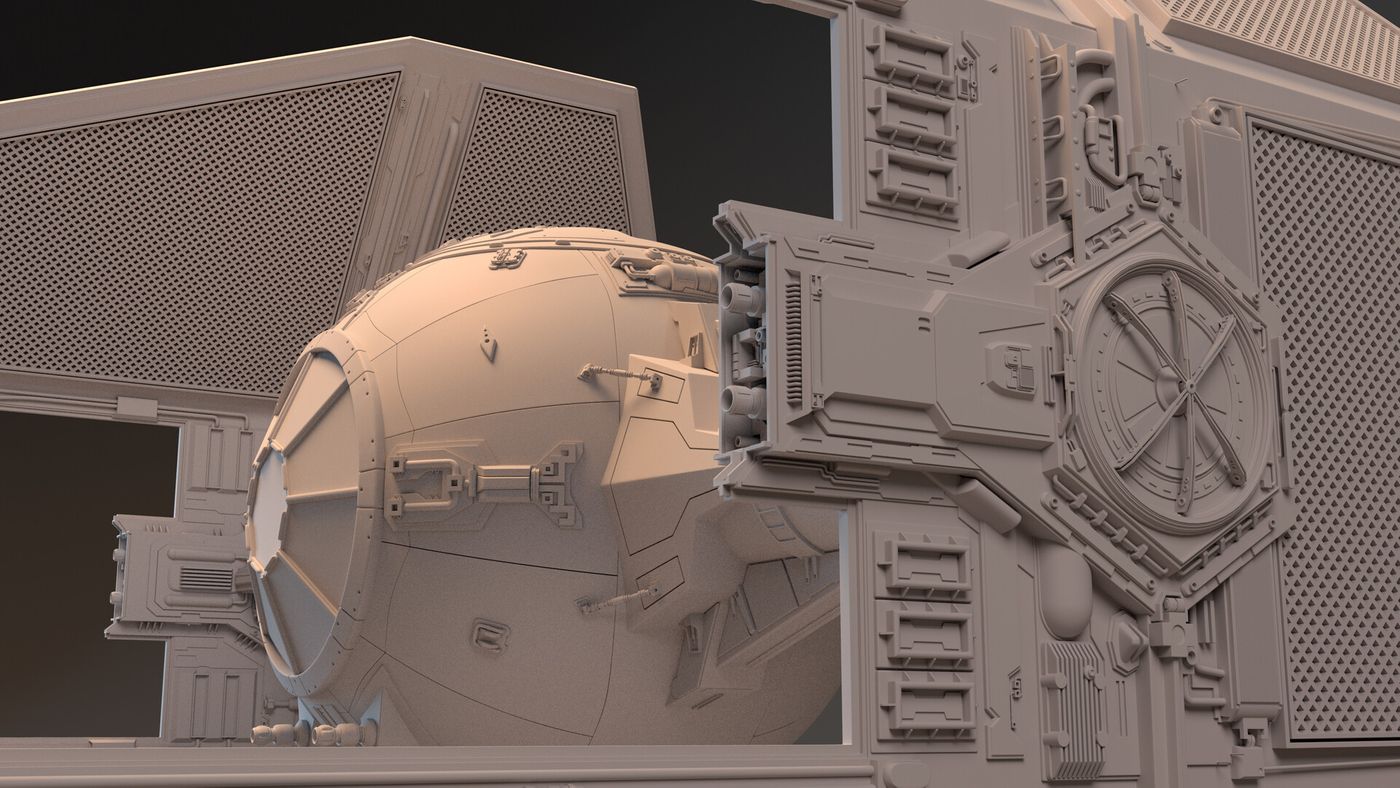 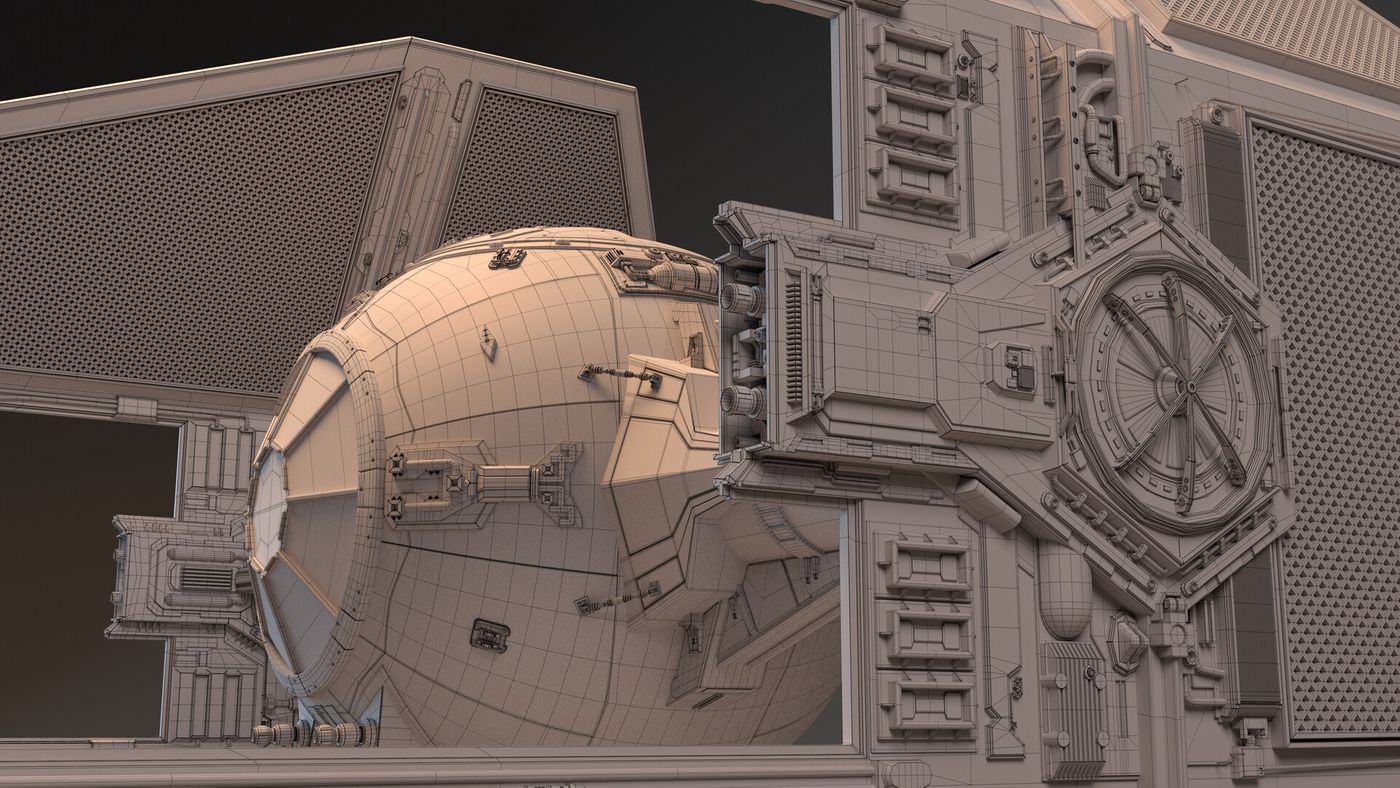 As a die-hard Star Wars fan, I decided the spaceship had to be a Star Wars ship. Originally, I considered coming up with my own concept for it but I decided that I would train my eye more if I were to model an existing one, as I wouldn't be able to cheat if I ran into shapes that took me too long to model. I picked the TIE Interceptor not only because the design is great, I also really loved the fact that it is made of long, flat surfaces as well as curved ones. In addition to that, it's covered in small, intricate details. The final reason for me choosing this spaceship was the fact that it's small enough (11x8x7 meters) to be comped flying over London. Indeed, the original idea was to collaborate with other artists to animate and composite multiple TIE Interceptors flying around the city. That's still work in progress but should be coming soon, I hope! ;) 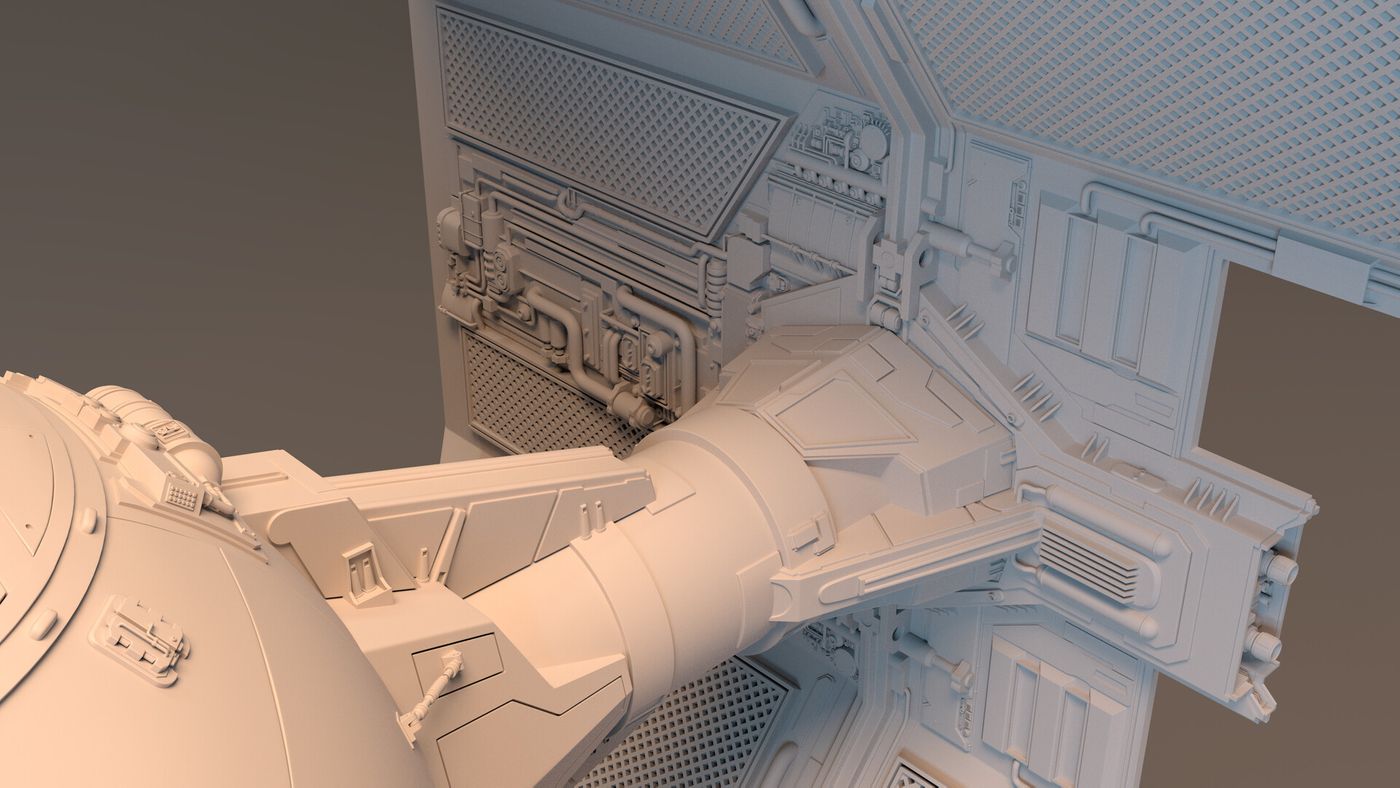 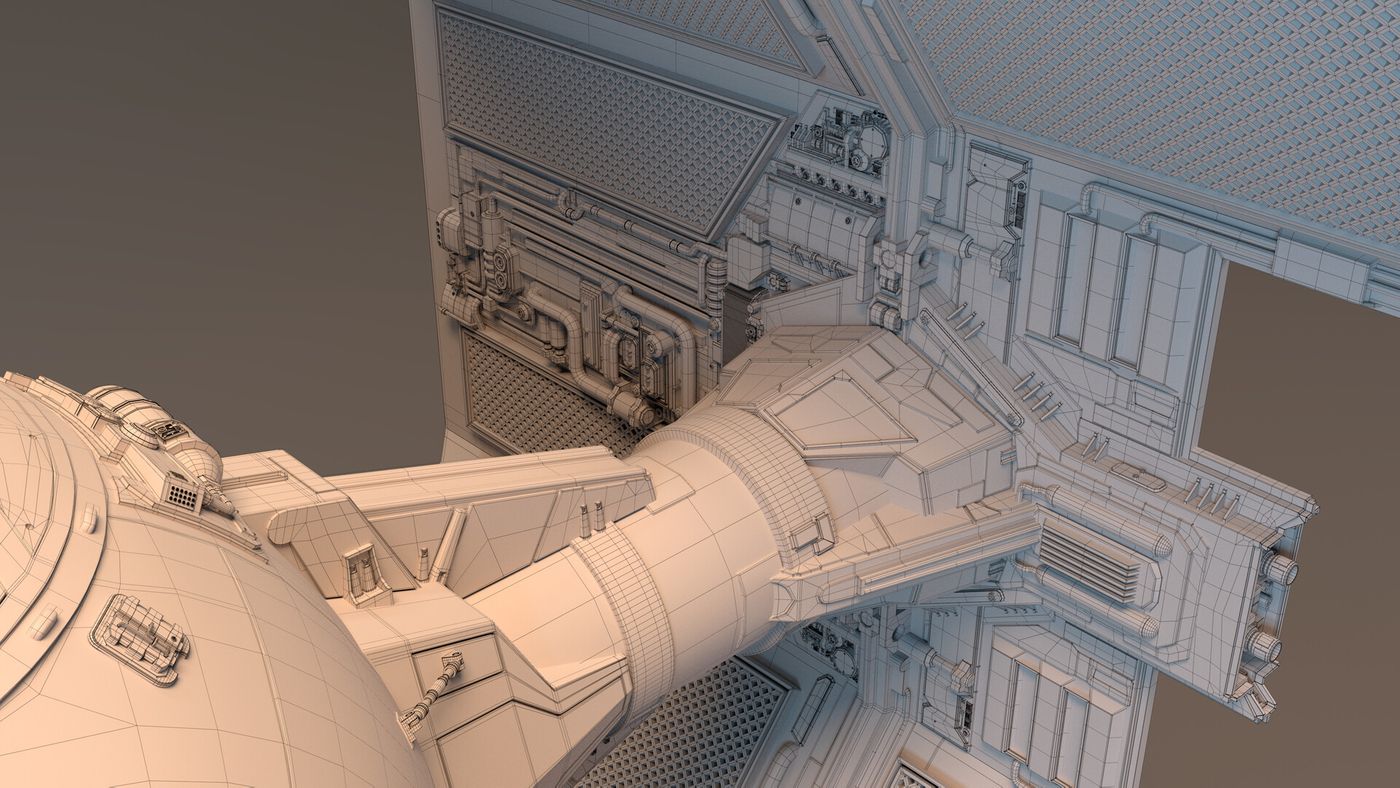 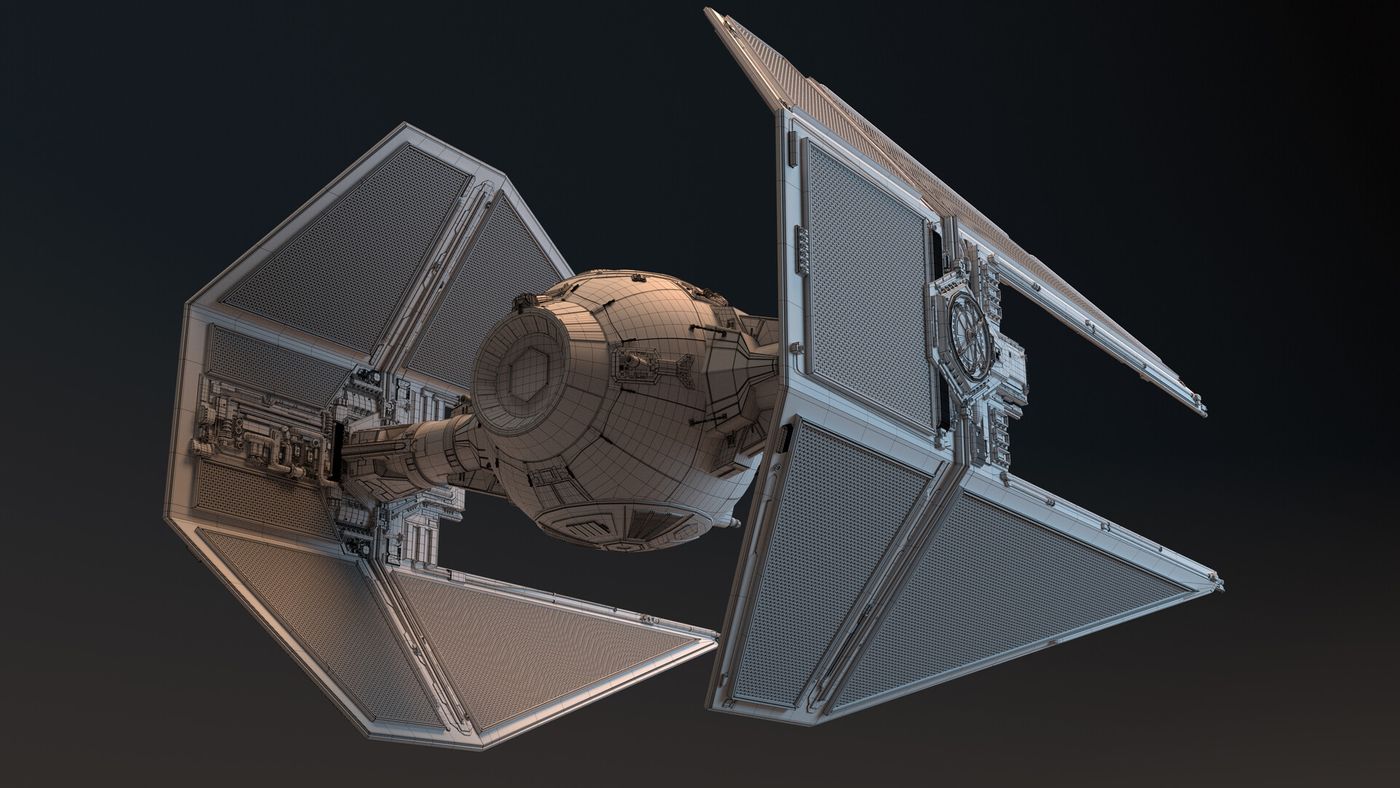 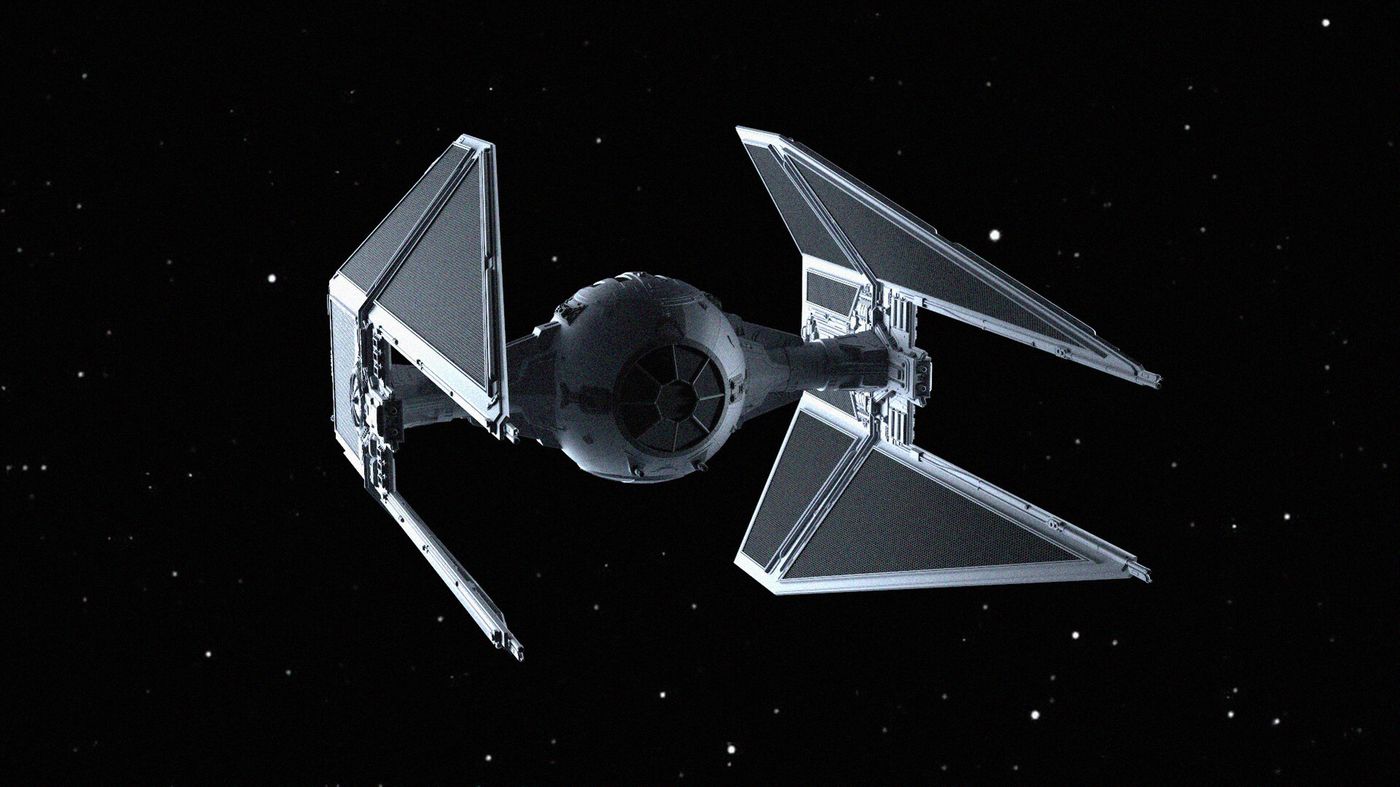 I did a quick texture job in KeyShot in order to visualize what the spaceship will look like when I texture it properly (I'm thinking Substance but I am open to suggestion, I yet have a lot to learn when it comes to texturing). The KeyShot render was actually really sharp but I added some colored noise to give it more of a first Star Wars trilogy vibe. It's experimentation for later texture work so let me know what you think: I would love to get your input on what direction I should take :) 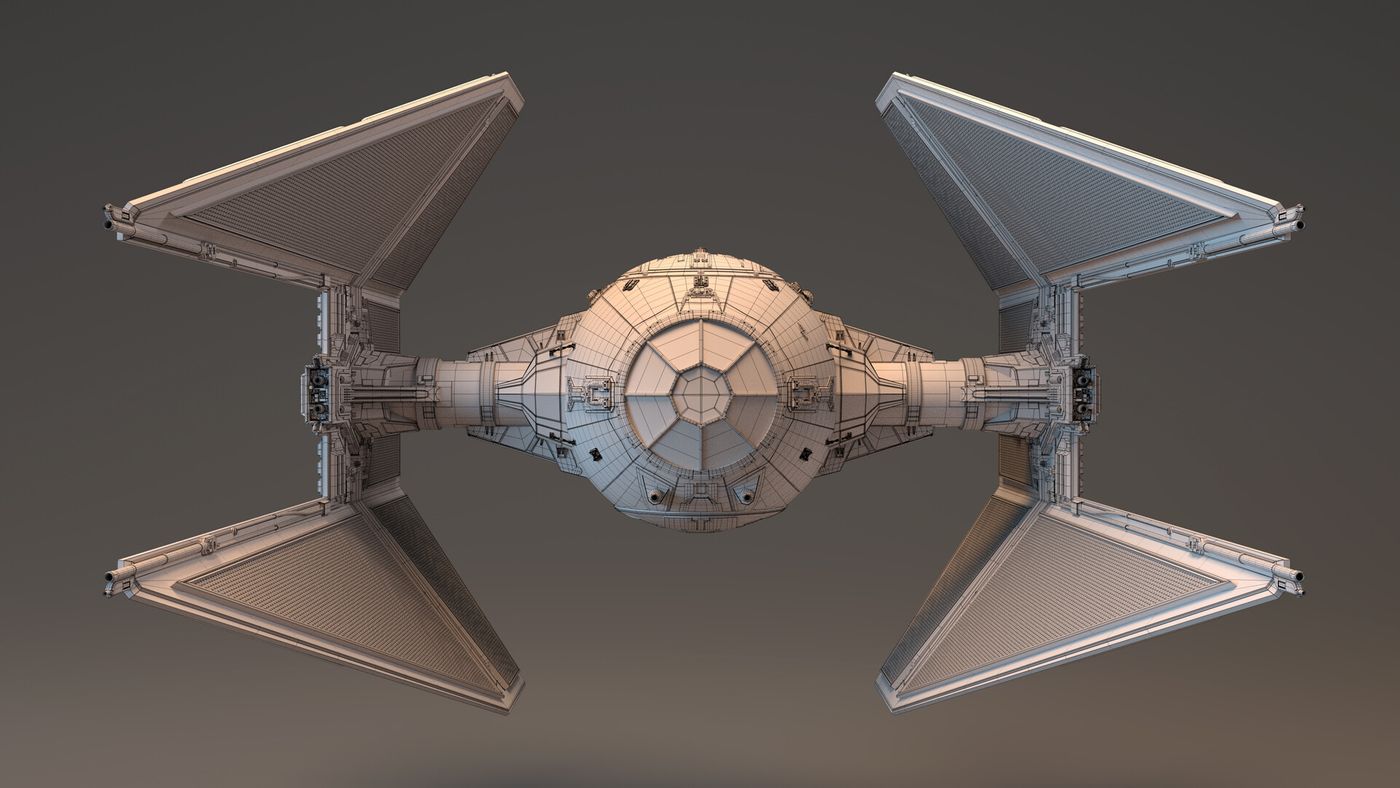 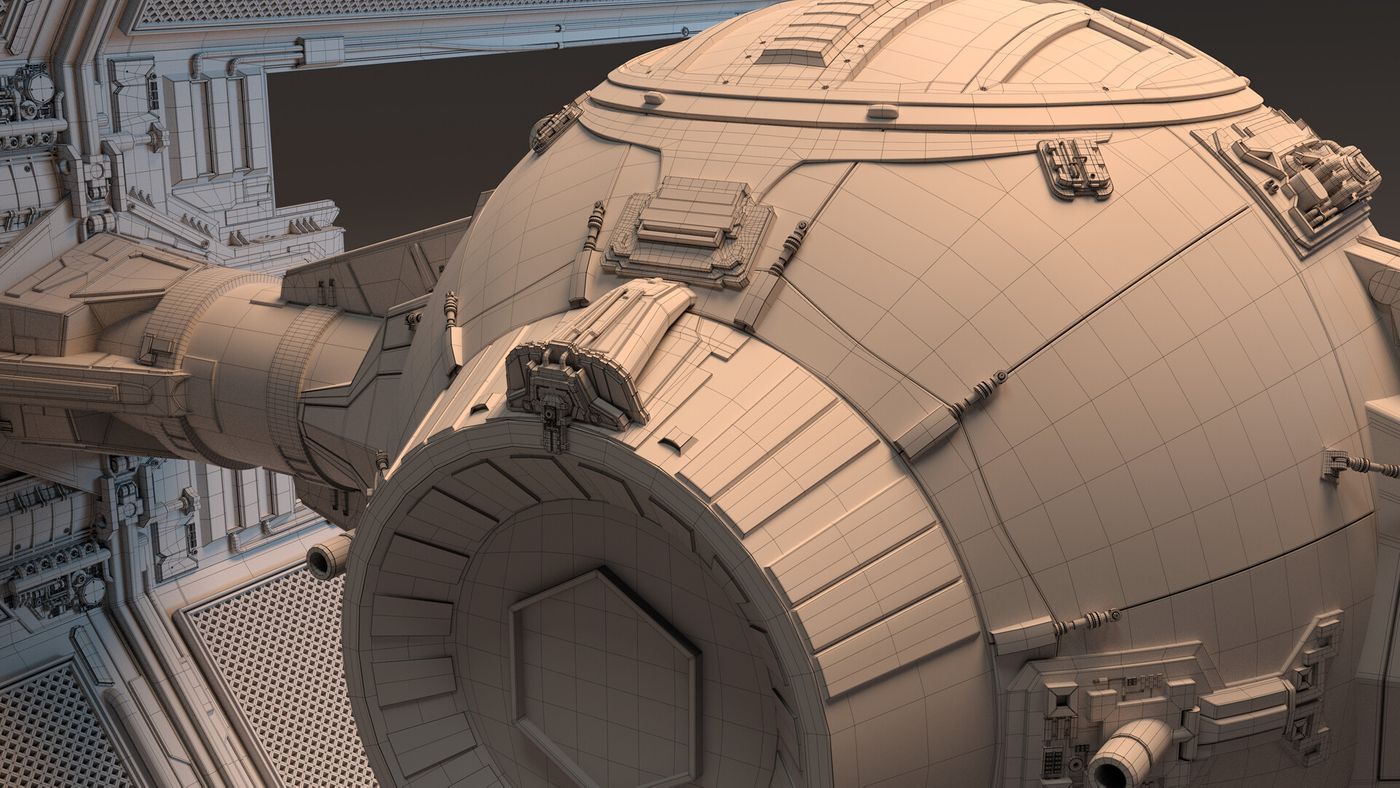 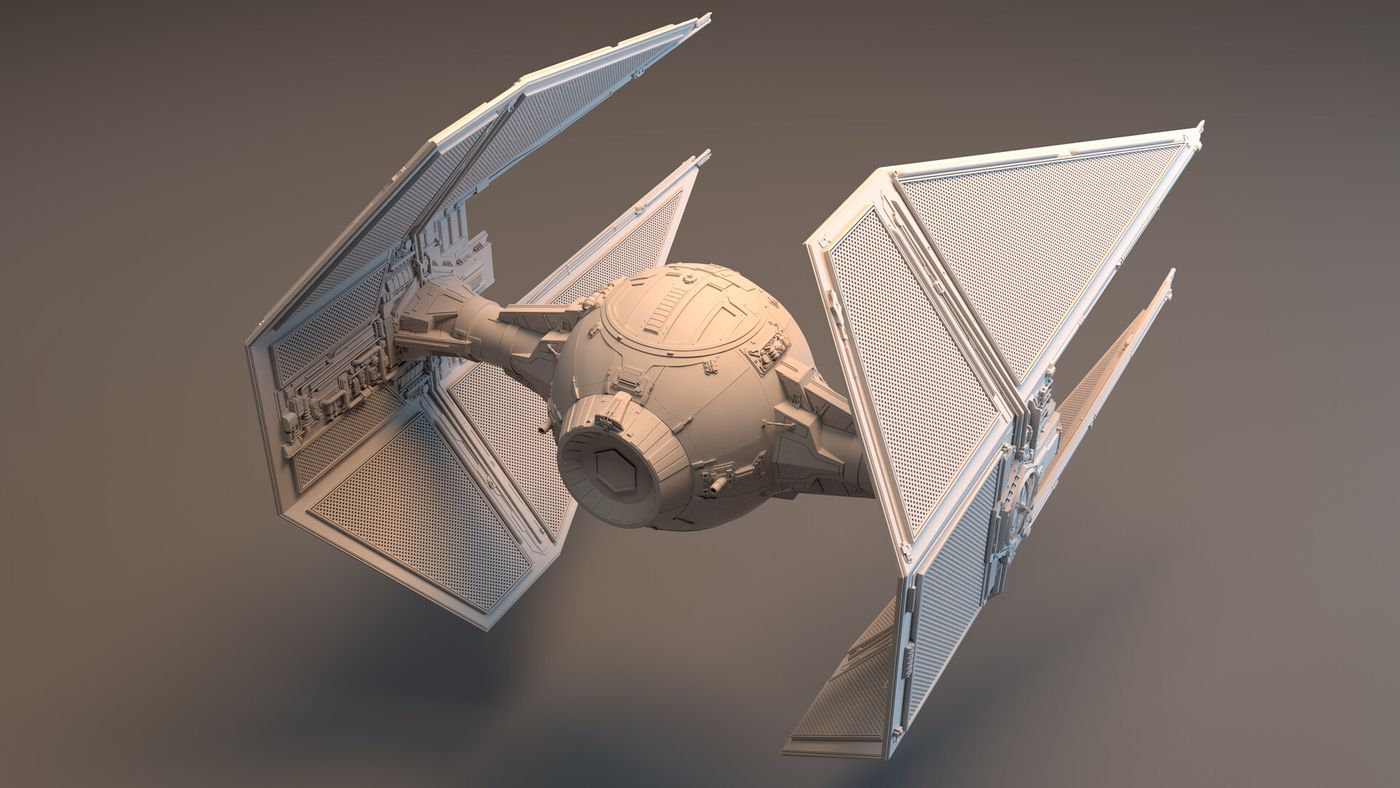 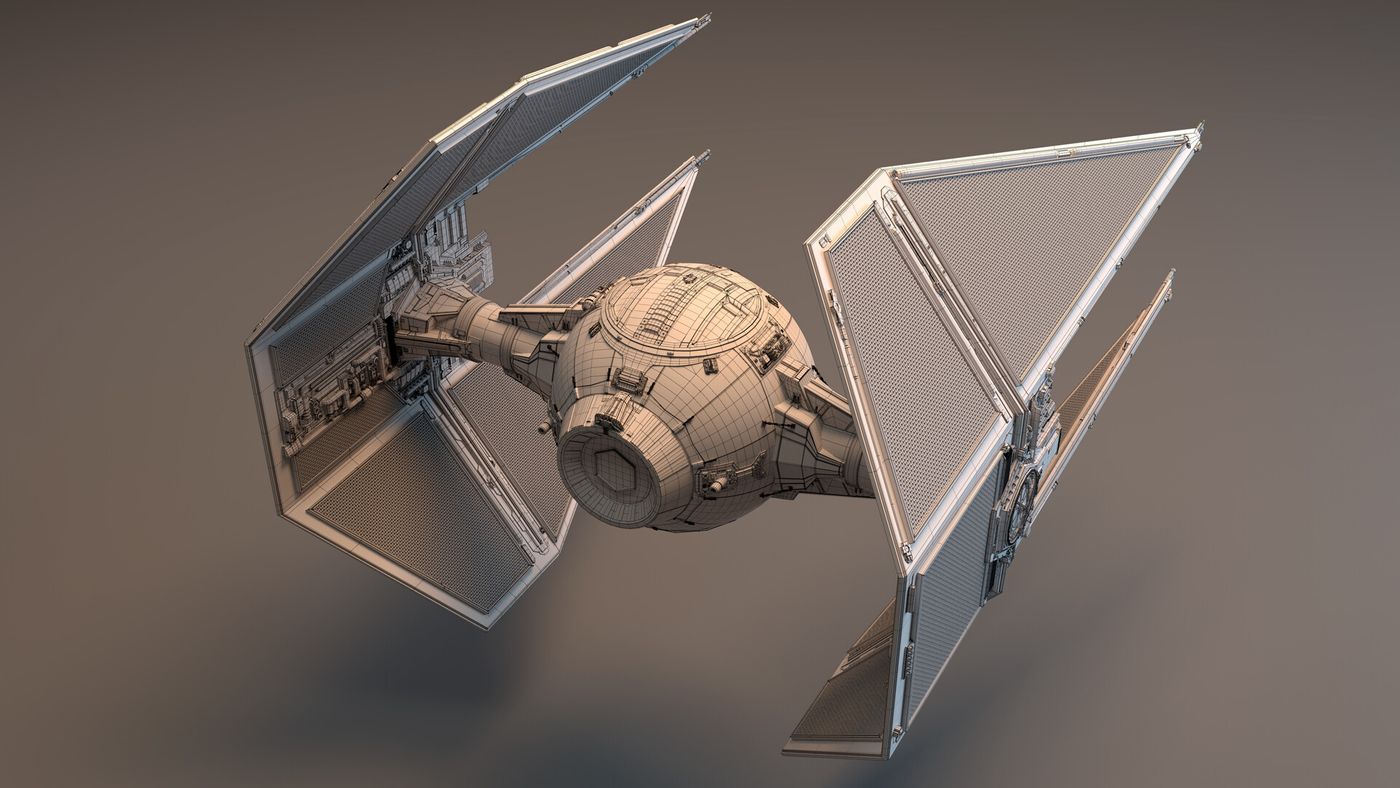 Modeled in Maya. Rendered with Arnold. 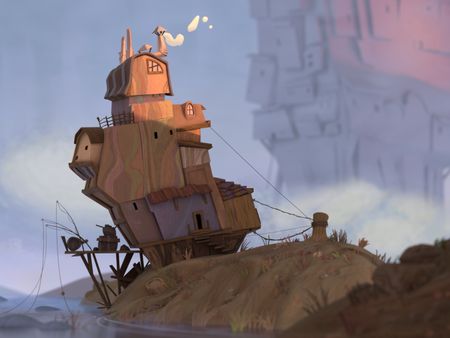 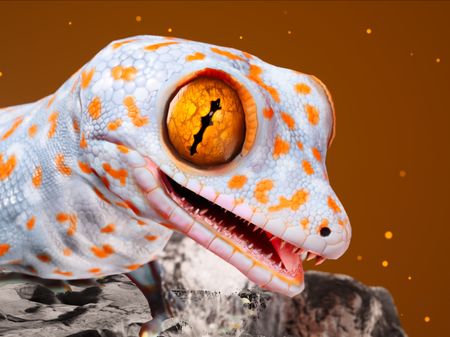 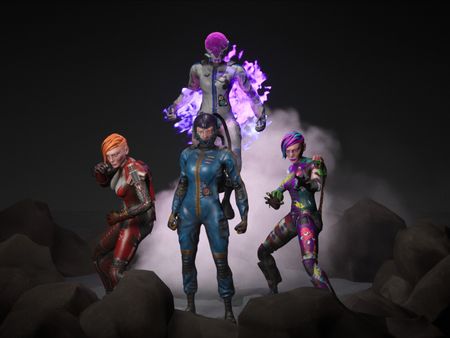