Legend of the nightmare beast

Legend of the nightmare beast

This is my IP and it's a children storybook. Its my personal project for my graduation exhibition and the lecturers gave us so much freedom in terms of genre, art style and even mediums because this project represents what we want to do or what we want to be known for as an artist. Besides digital art, I always enjoyed watercolor especially children's illustration. So I decided to give it a try.

The story is about the Nightmare Beast who escaped and found its way to children's dreams. The dream pixies are creatures in the dream realm that makes children happy when they visit. There are pixies of land, plants, underwater and more and they now have to keep a child Theo Lewis away from the beast.

I started by making mind map. My original idea was to do a horror story with super creepy or disturbing creatures and props and it was suppose to be rendered digitally. Its was about two kids from the orphanage home and the people in there wants to get rid of these kids so they throw them into different realm for the creatures of darkness to do whatever they want with him and these two kids will be running and trying to find a way out of this place.

But later I remembered that I used to draw cute creatures and love children's illustrations. I changed the story since then. Its like I change it from a movie like Coraline (a dark fantasy horror) to Rise Of The Guardians (fantasy) but still keeping some horror elements.

I wanted to keep it digital because its a medium that I want to improve and that was what illustration students were known to do in my college. But at the same time, I would love to do something with watercolor like a children's storybook. Children's illustration gives me a warm and nostalgic feeling and I want bring the same feeling by show the paper texture, brushstrokes and water effect. Its a mood that digital painting didn't always have. Since I really feel like watercolor is what I should do, I decided to paint my project in watercolor.  I was worried how it might turn out because I never done a project in watercolor and I haven't been painting for a long time. But thankfully everything turns out well.

Theo is a happy kid and he is the Nightmare Beast target. He's an animal lover, creative and active kid which is shown in his clothes and his pencil shaped skateboard. 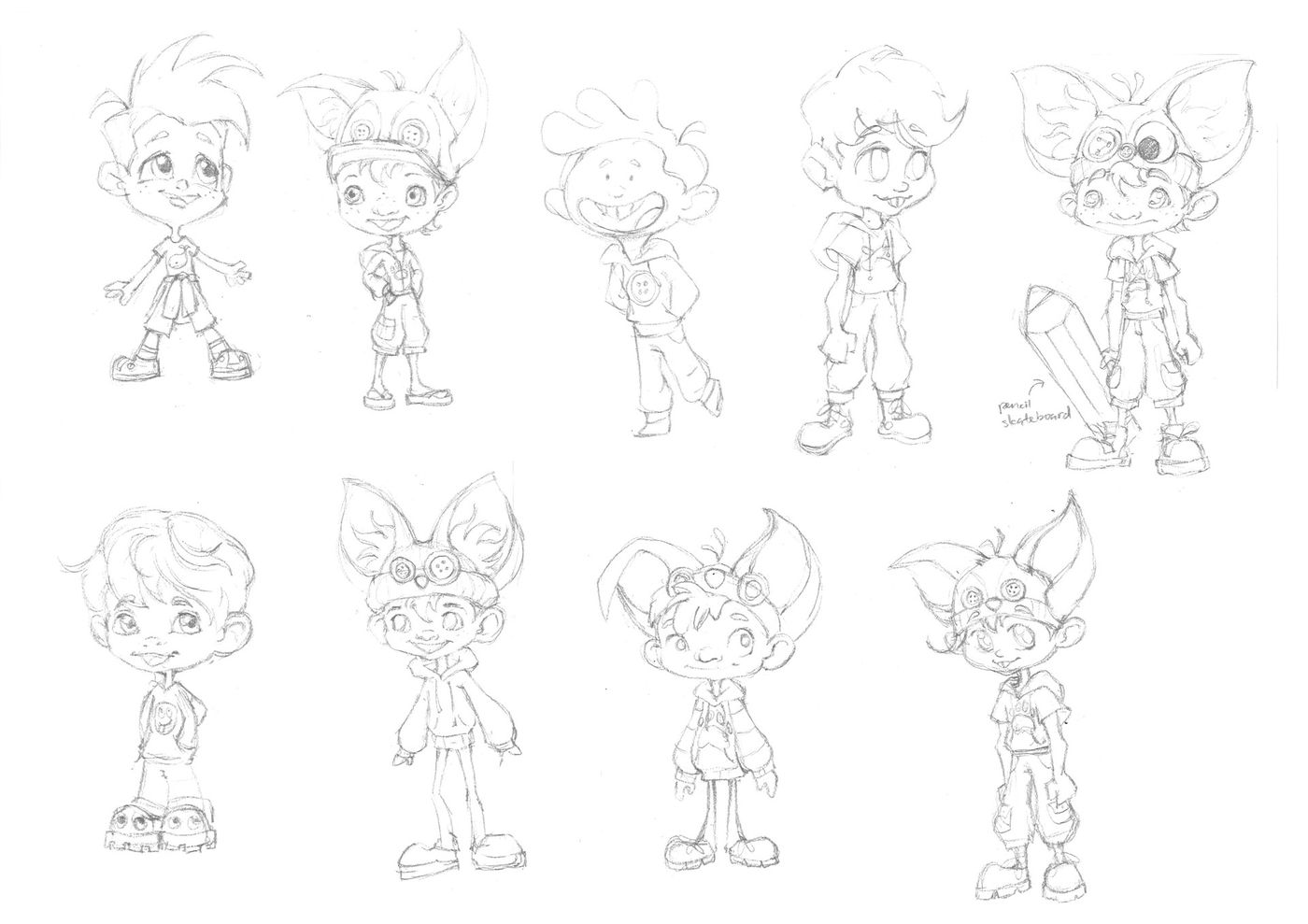 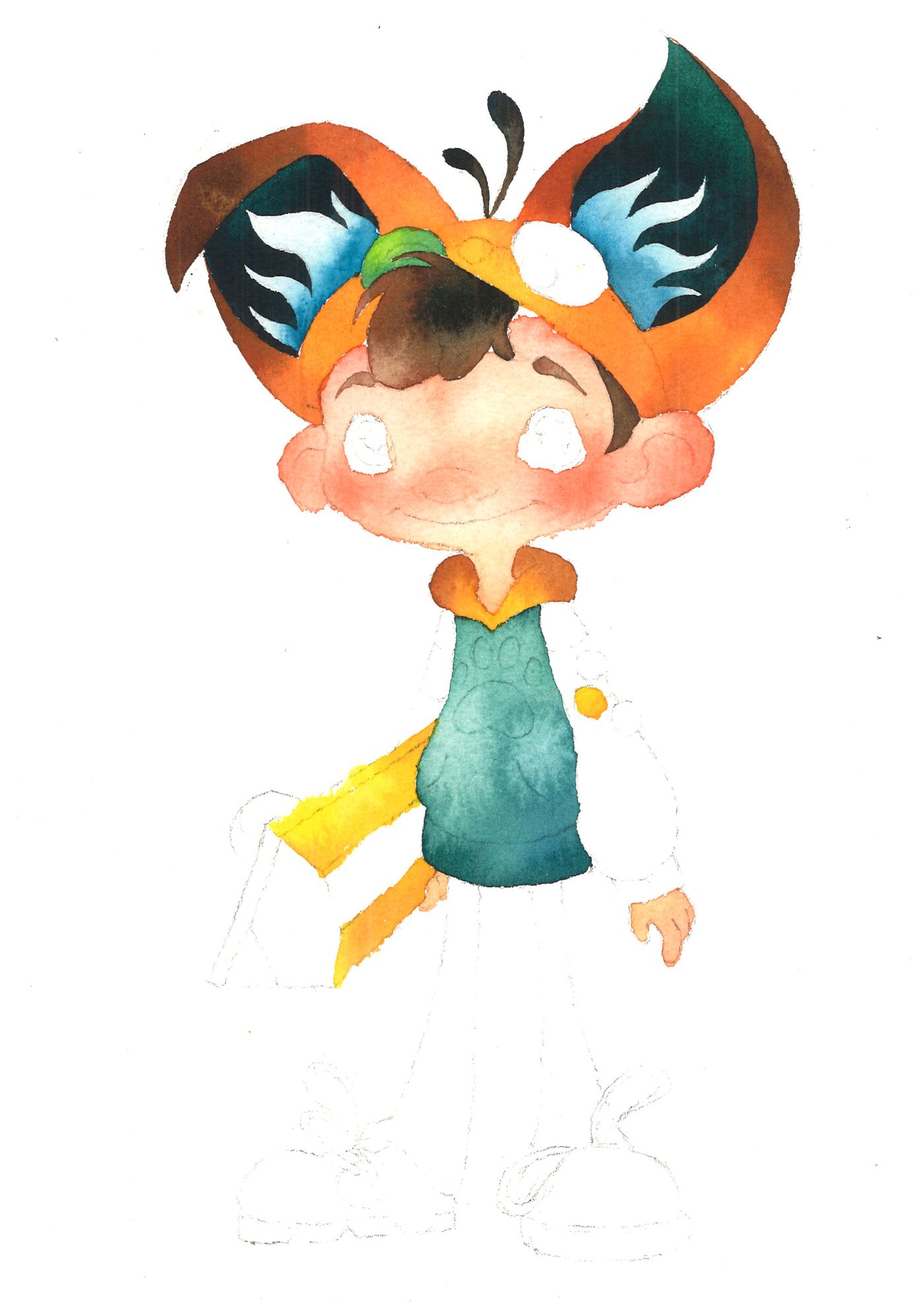 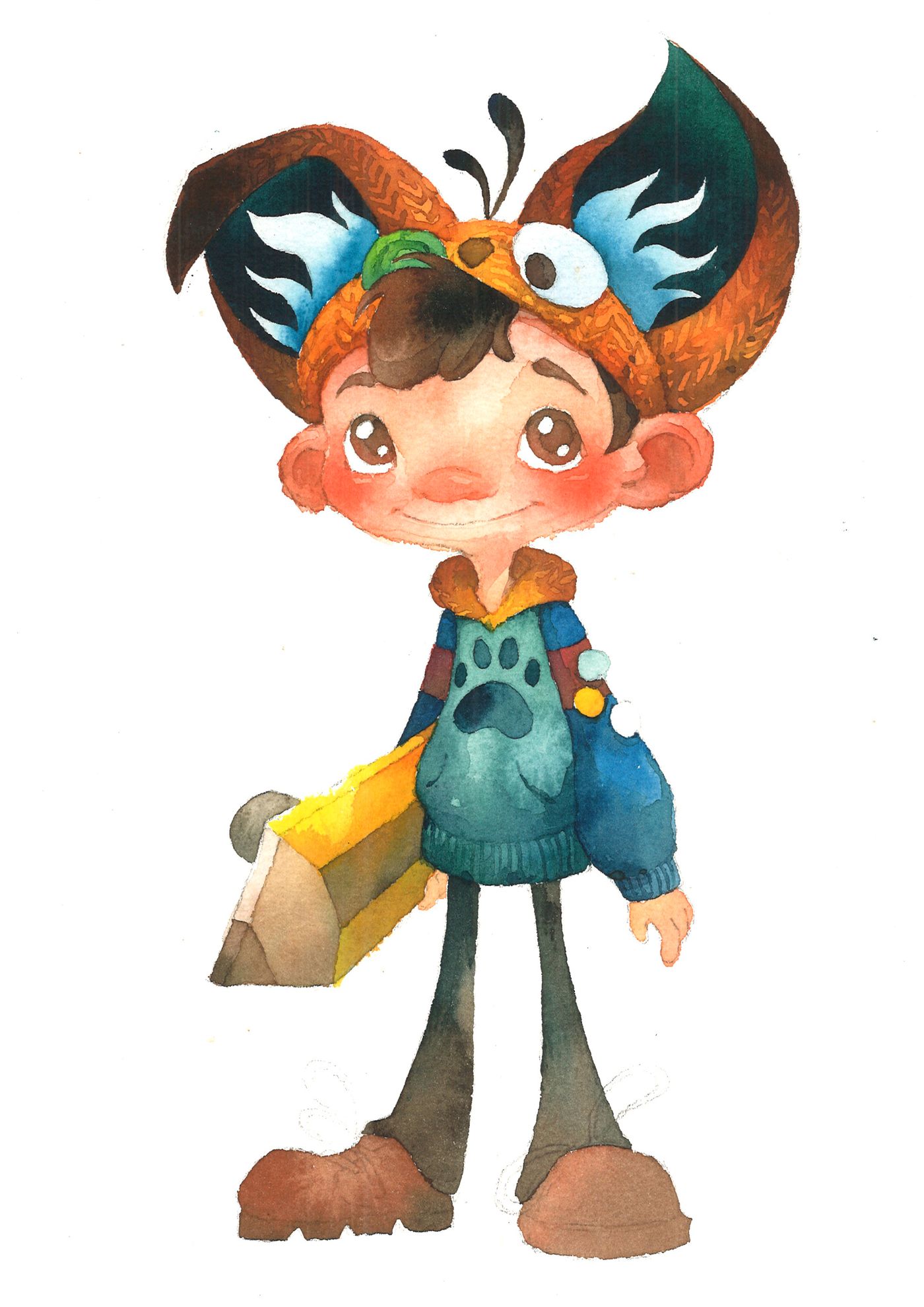 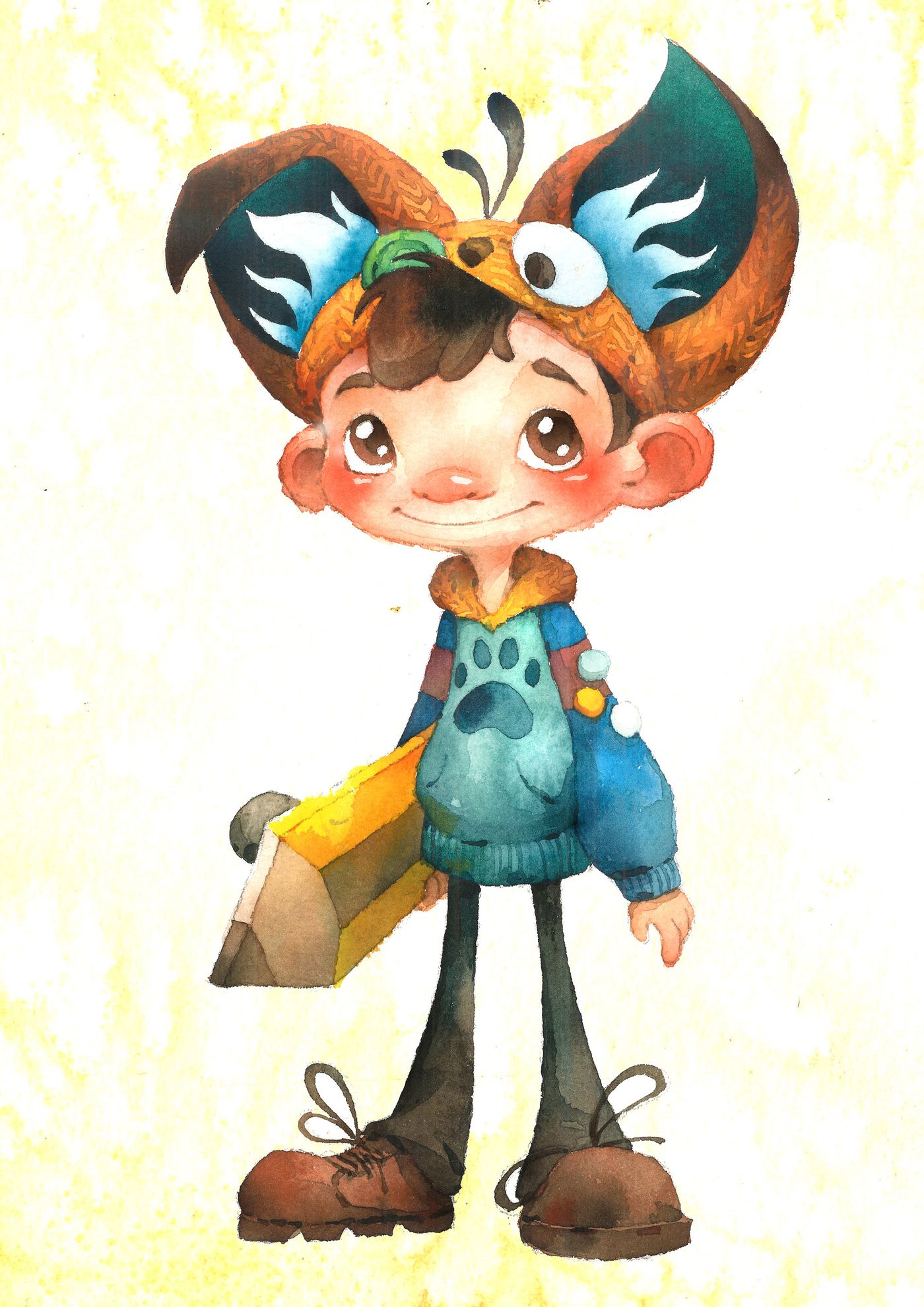 I sketched some creature designs with some nature elements to it like plants or corals. They belong to certain places in the dream realm. For example, a flower pixies will live in a place full of plants and will play with kids when they reach them. I chose some of the good designs and rendered it to final.

Twinkie is Theo's best friend and he is a land pixie similar to land animals who lives in trees like squirrels or monkey. 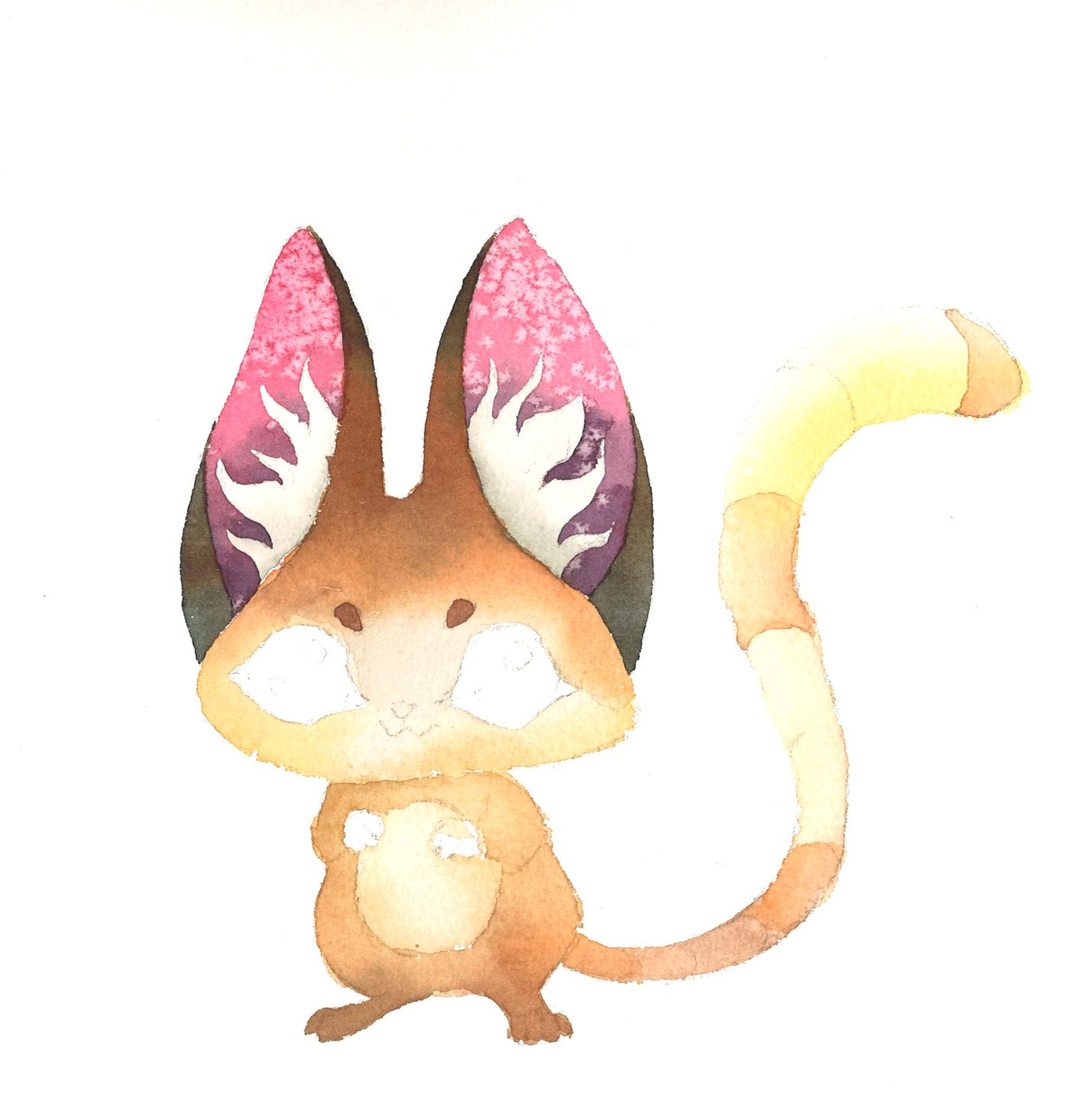 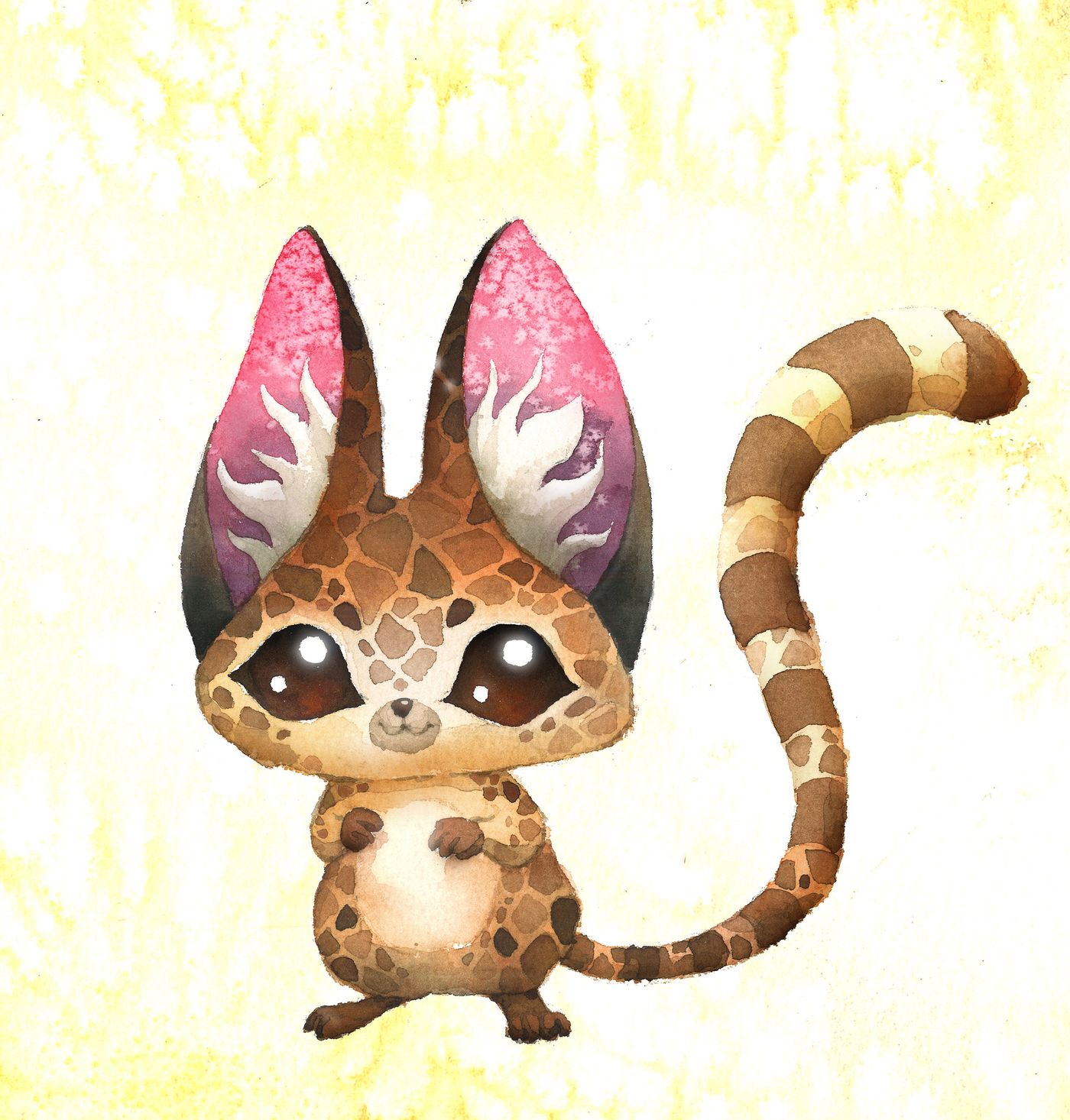 Arideer is a plant pixie and she controls nature and keep plants healthy. She can grow plants, make flowers dance and creates music by controlling the wind. 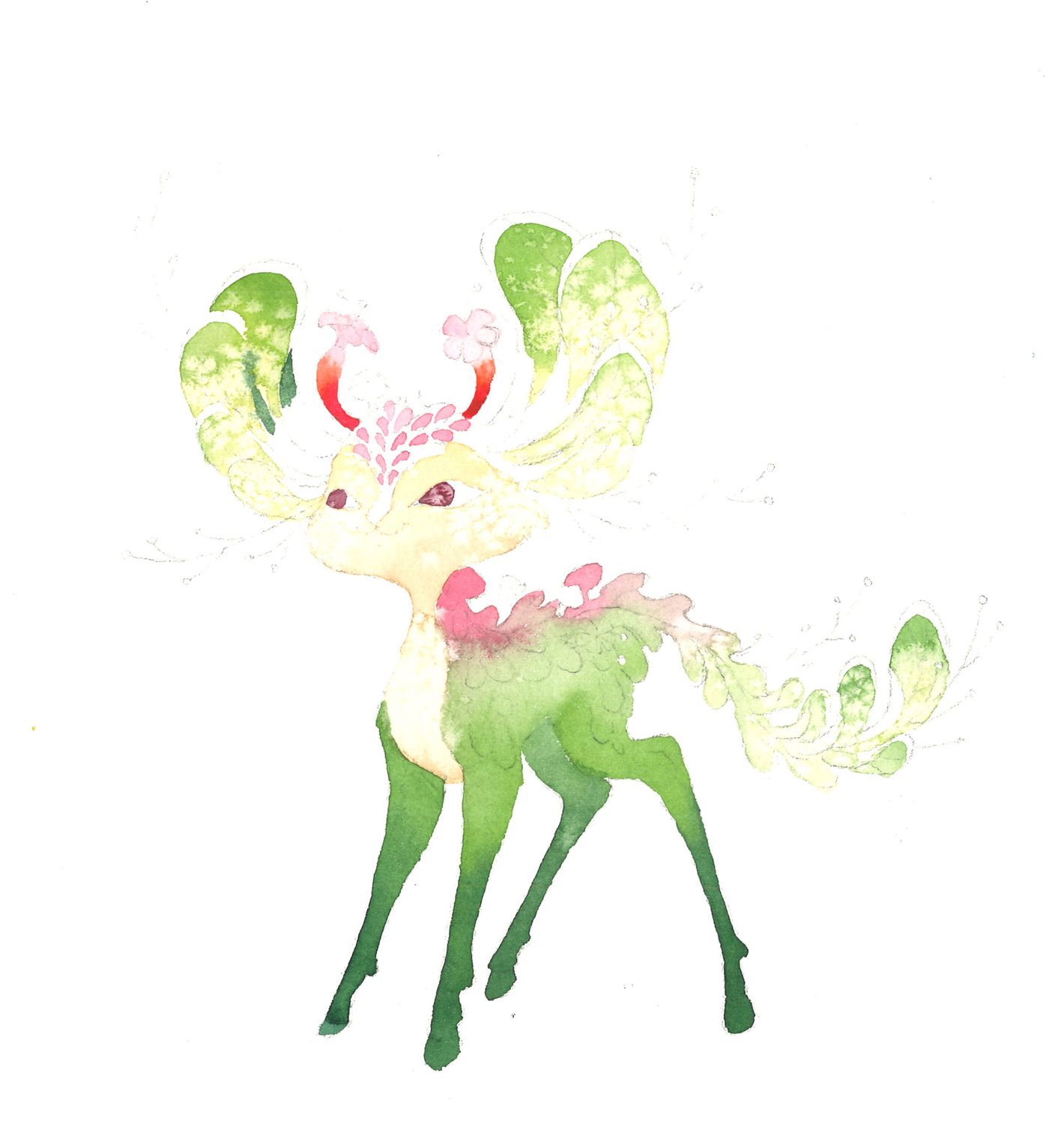 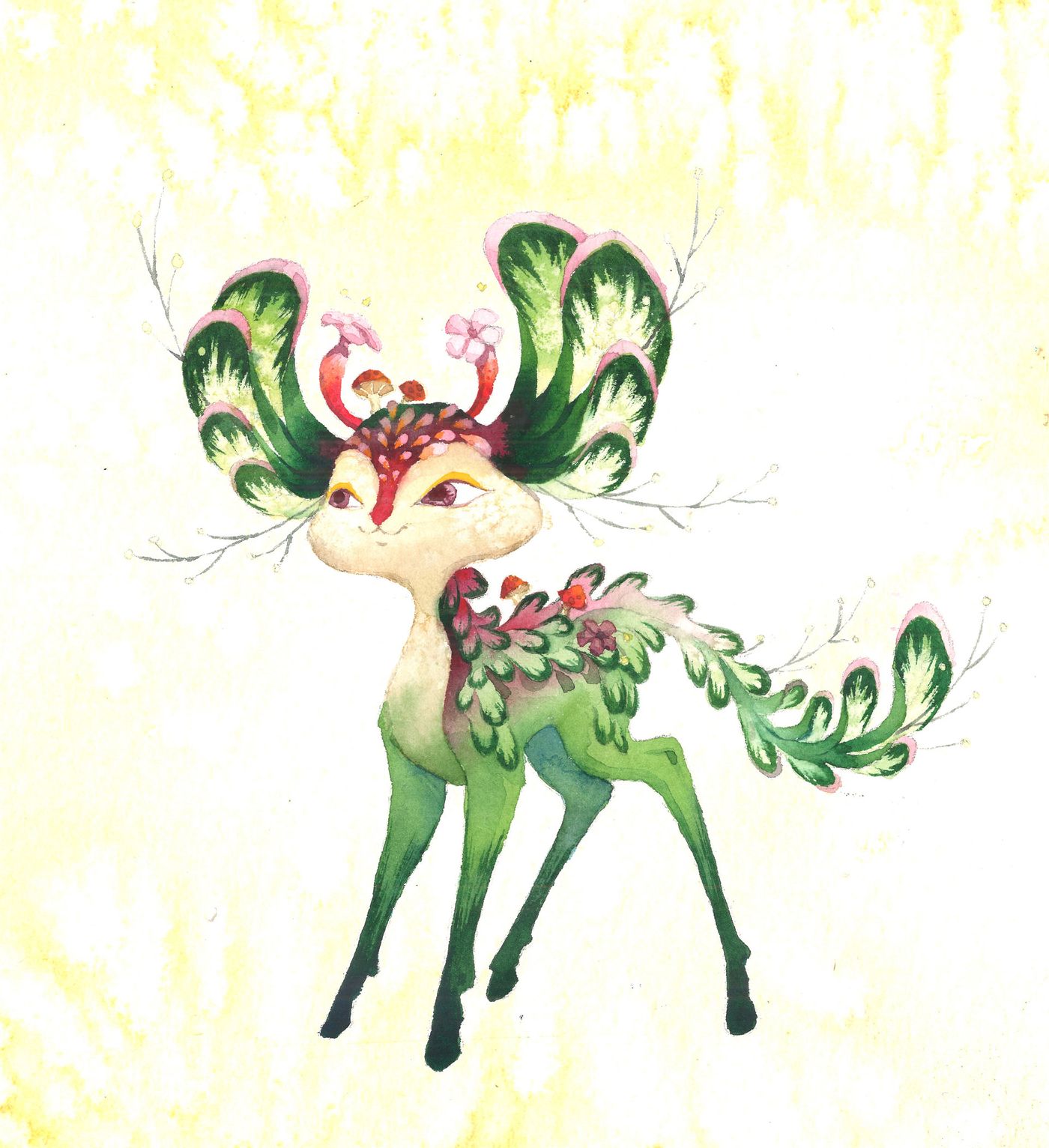 Watercolus is a pixie from underwater. He controls water, creates bubble on kids' head as a diving helmet and bring them to see the underwater world. 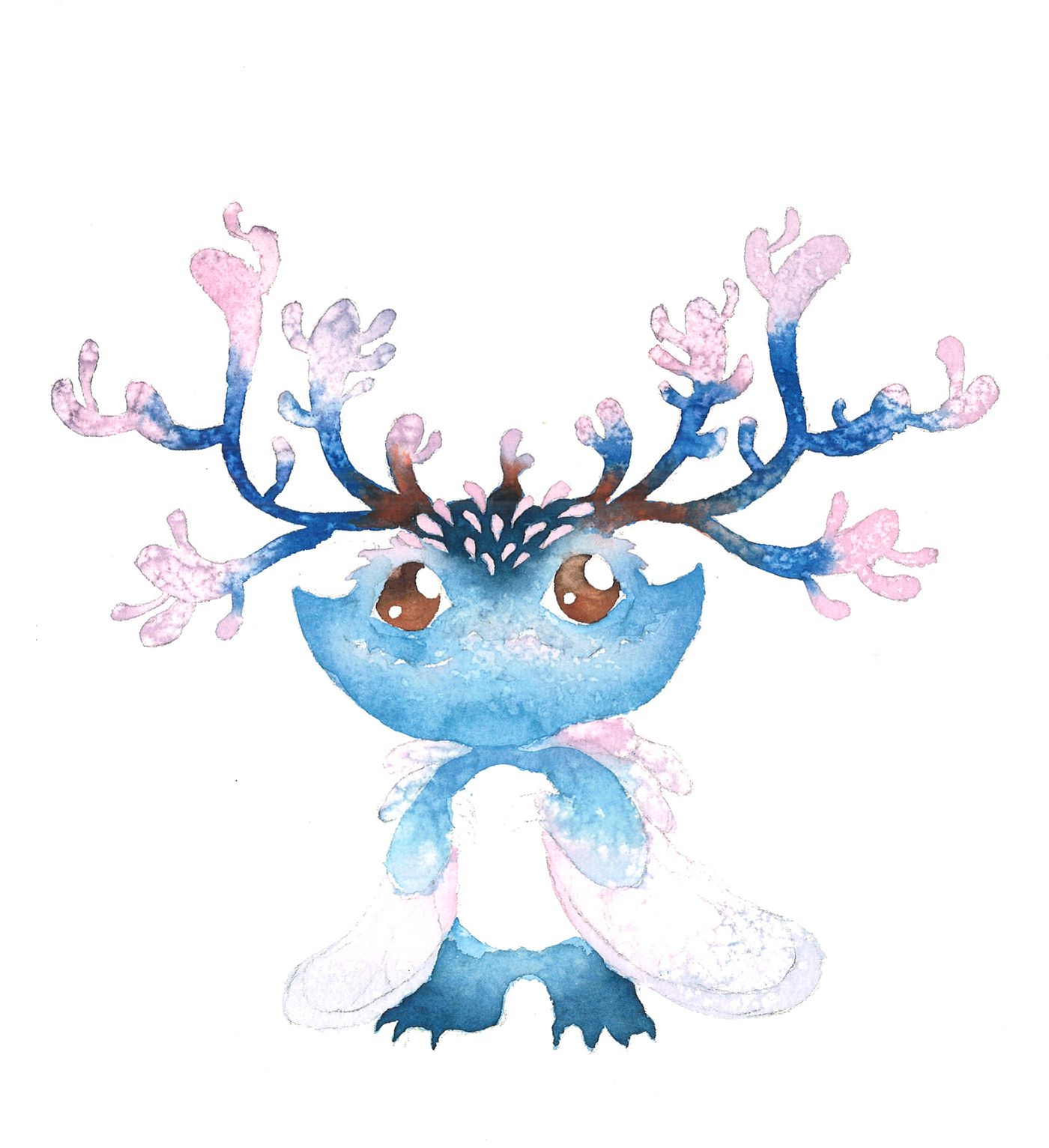 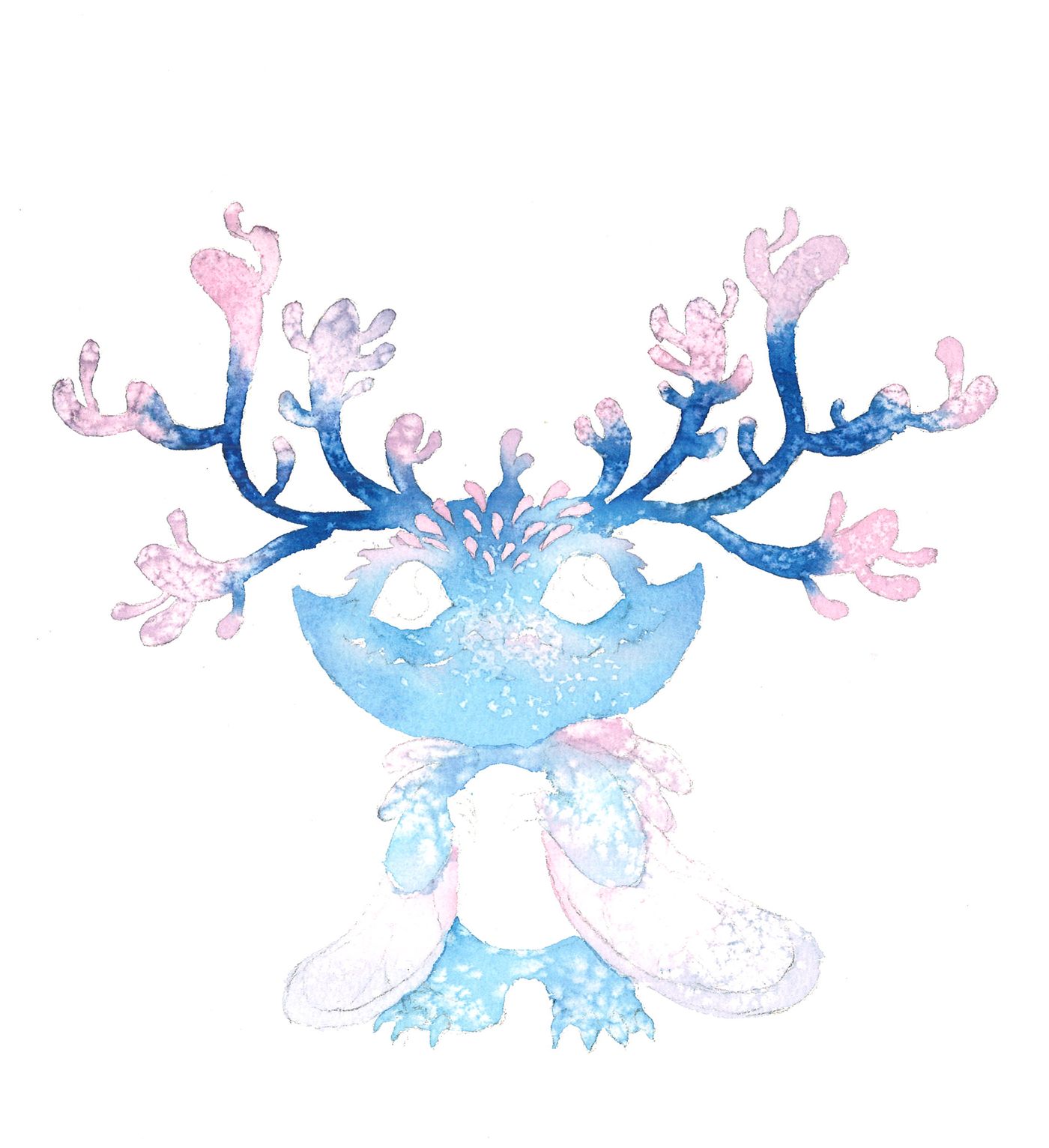 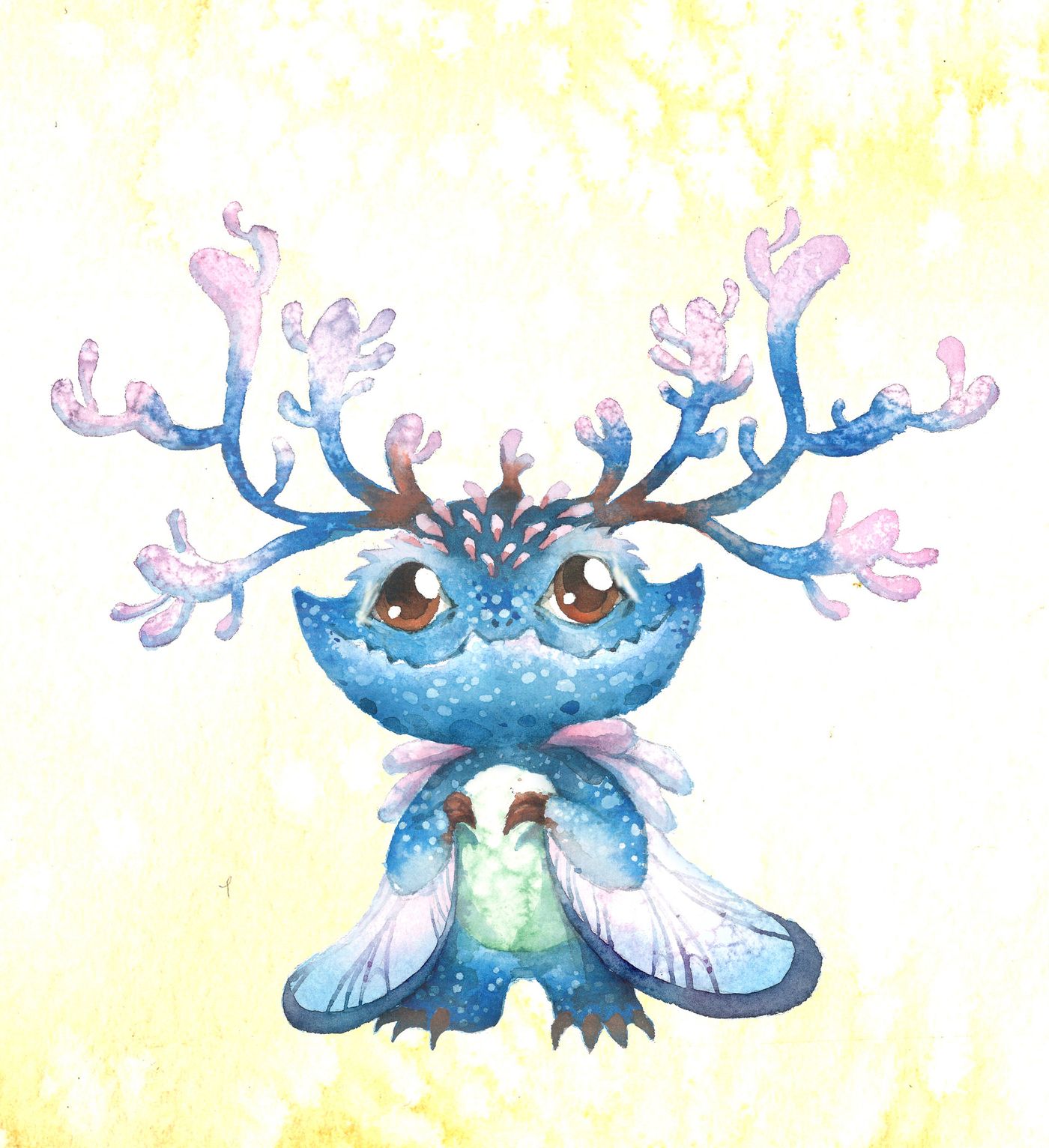 Nightmare Beast and its minions

I want the beast to be scary with interesting form. I tried to make it a human ghost but it wasn't interesting enough. Later I had an idea of a giant spider who swallows kids and trap them in its see through body. I find this idea interesting so I chose it.

I like my drawing of creepy and weird eyes with webs or sticky black liquid (bottom right). It was inspired by Venom and I remembered that wanted to draw eyes without thinking of what the subject is. I just draw what I feel like drawing. I liked the feeling of the sketch and I added this elements into my beast designs. The beast has a little minion that has eyes all around like the beast. 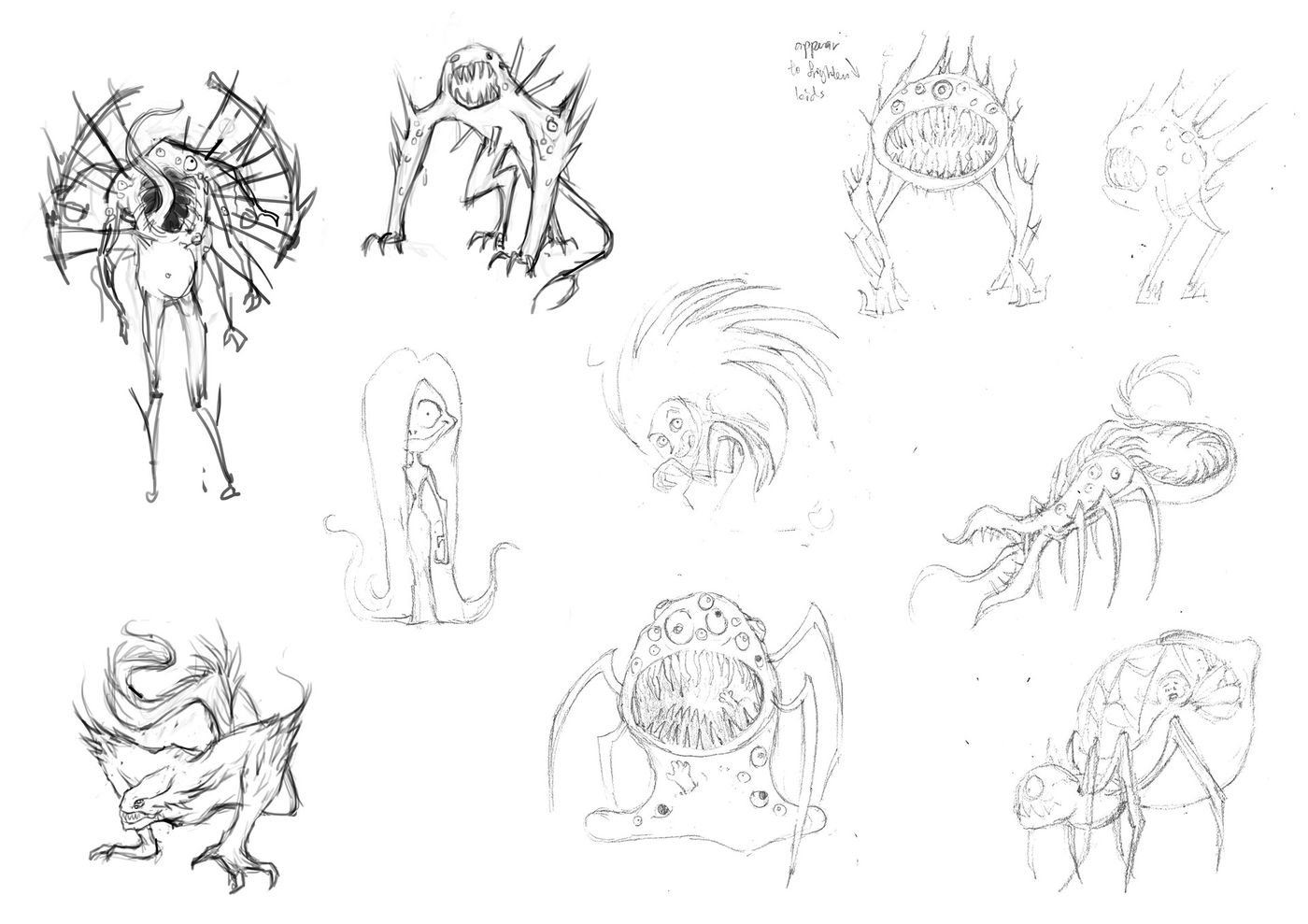 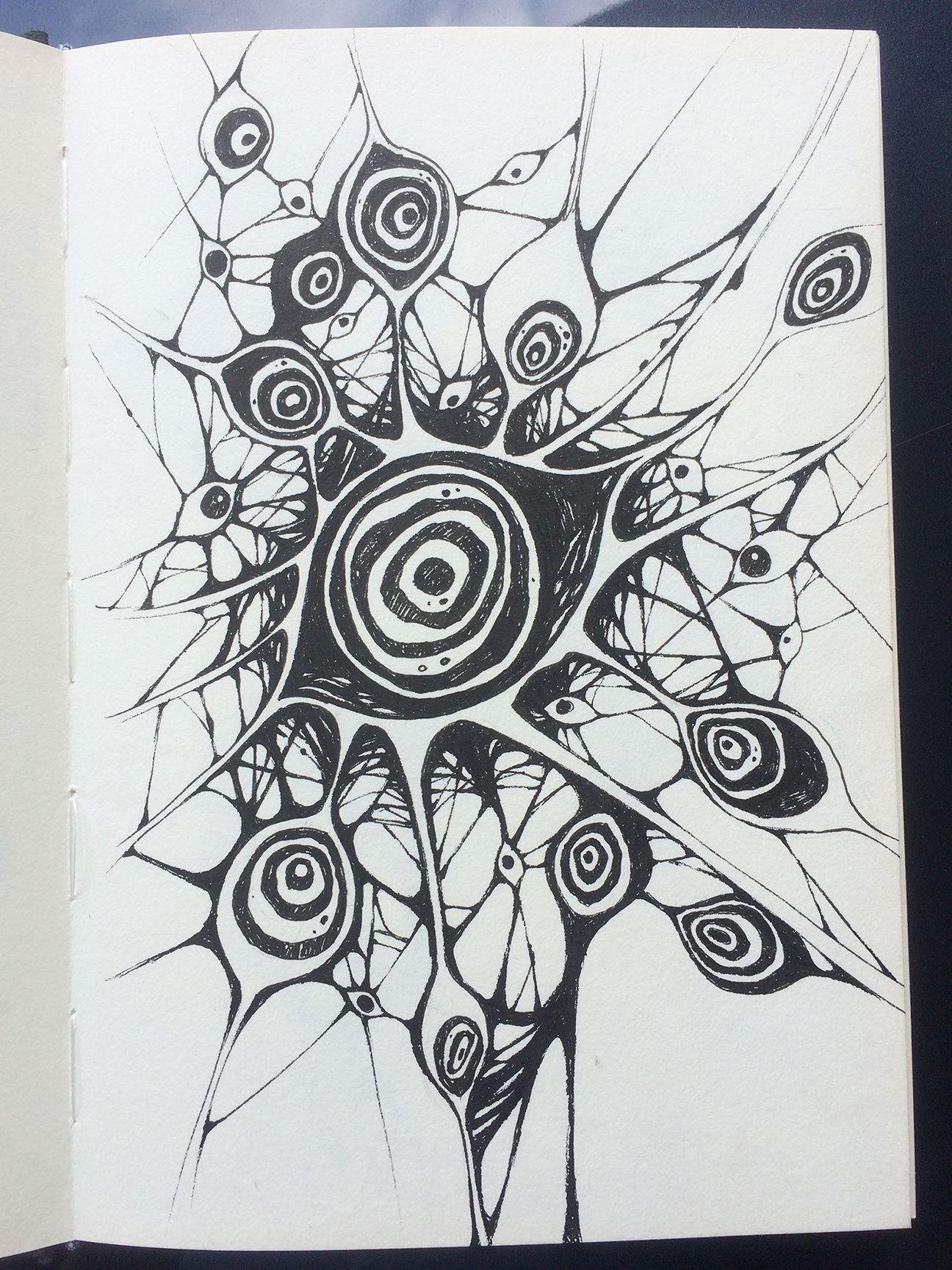 One of many minions of the Nightmare Beast. They help the beast to surround the kids to capture them. They are also silly and clumsy. 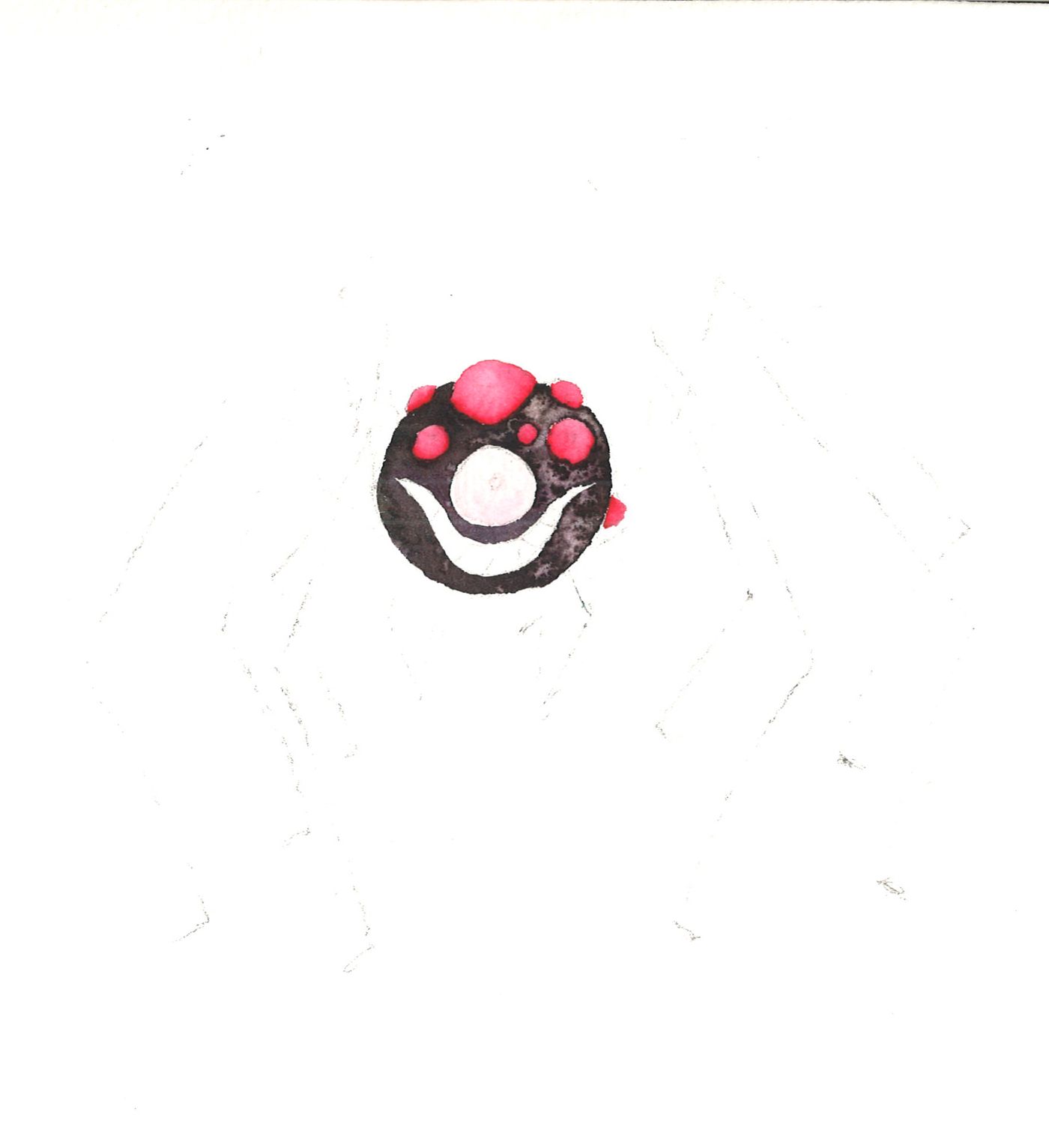 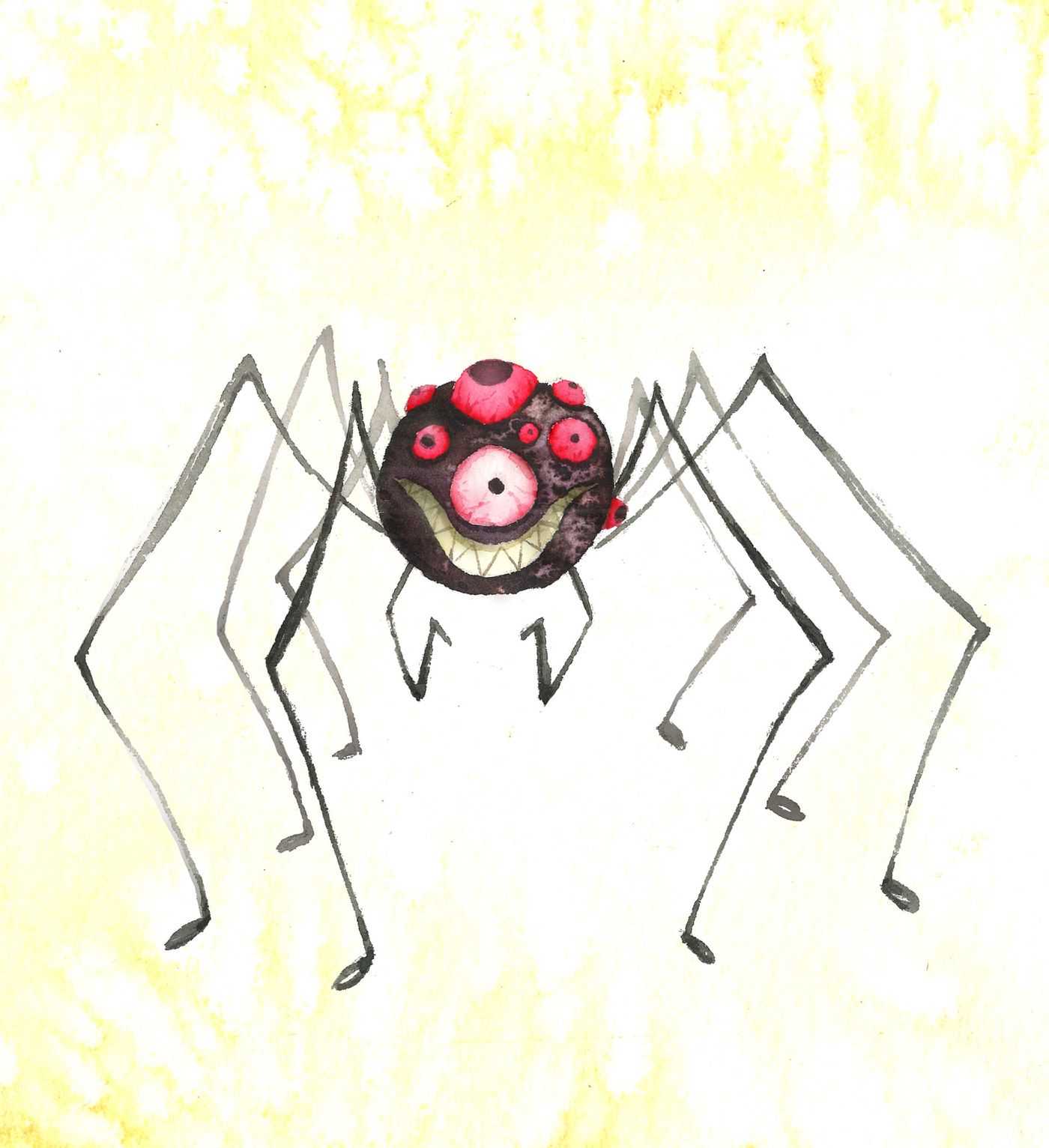 The Nightmare Beast is greedy and it spreads fear in the realm slowly. It was created by fear and it turns a dream into a nightmare. It grows stronger every time when a kid feels scared. 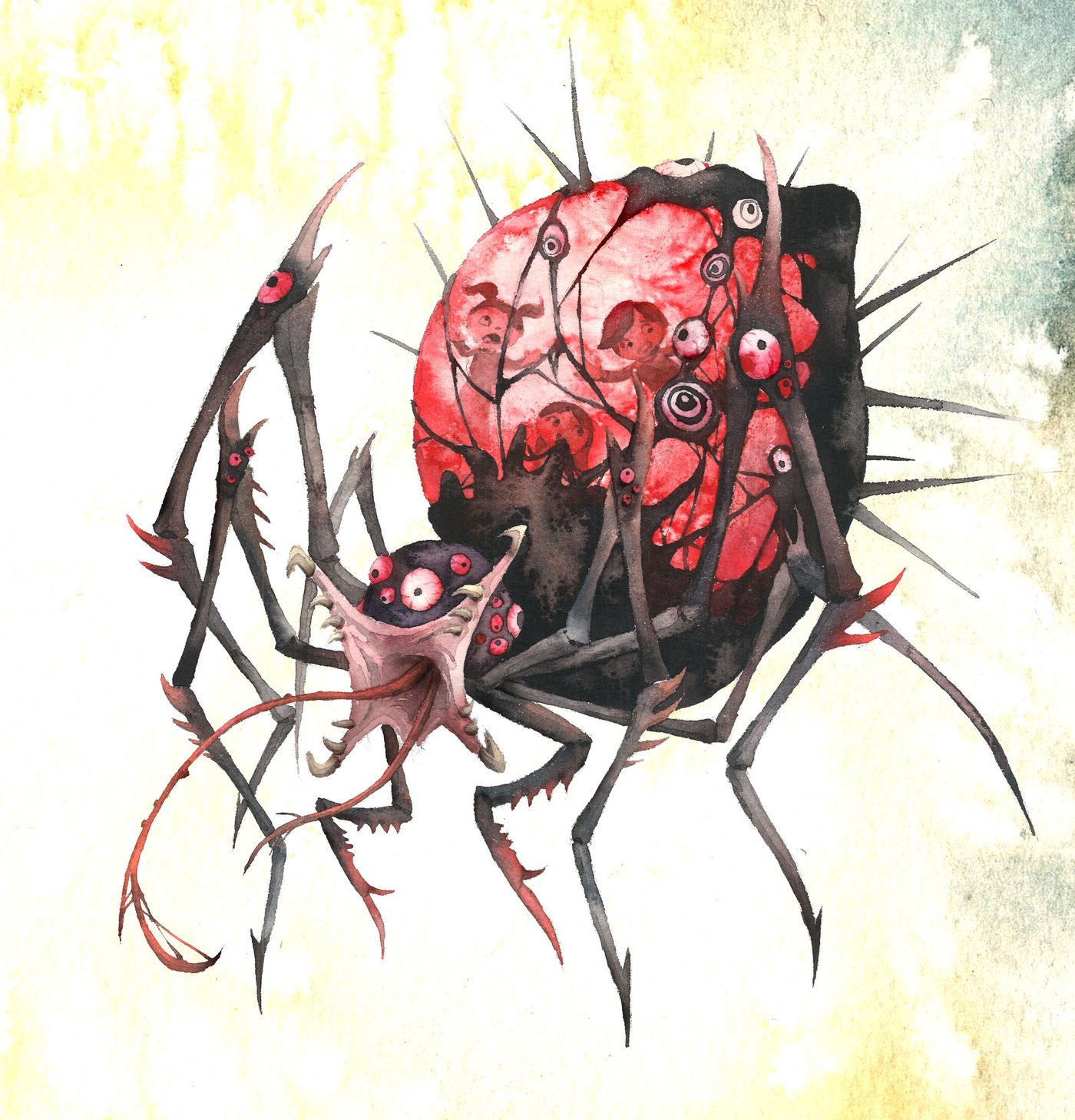