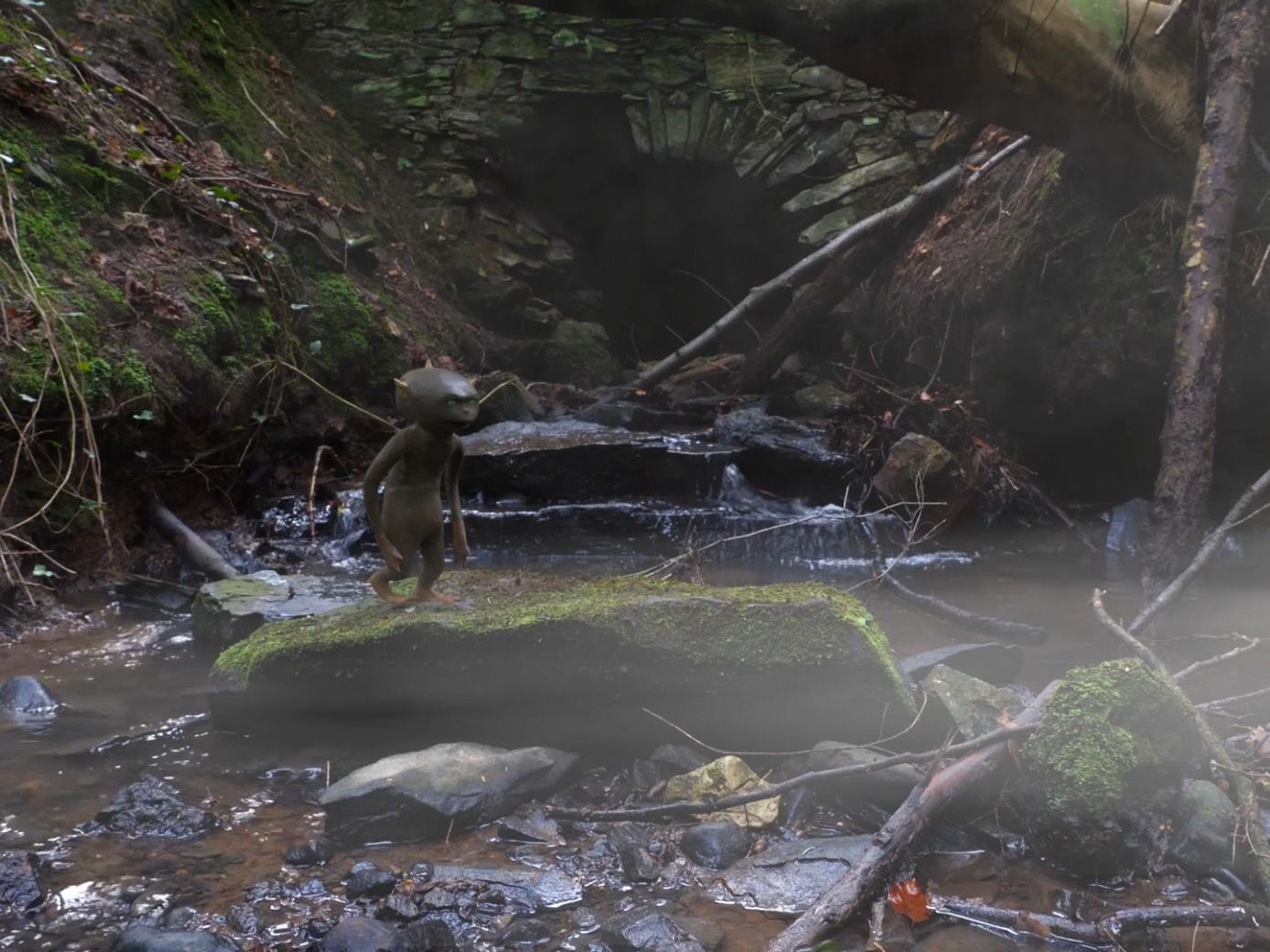 This project was a college collaborative project, the focus on a concept based trailer using the famous Brian Froud designs from his book "Good Faeries Bad Faeries".

This project was a college collaborative project, the focus on a concept based trailer using the famous Brian Froud designs from his book "Good Faeries Bad Faeries". We were tasked with choosing one of the designs and to work in small groups to create that of a trailer, mostly just a collage of scenes we could connect together for our work. The full process was to create a VFX sequence of shots in which our characters are the focus. Below is my full process of my aspect of the work, from pre-vis to the final shots.

Note, all work shown below is my own aspects of the project.

Above is the final sequence of shots in which I added to my groups work. The goal of my shots was interaction within the scene and to create a believable sense of realism and integration within the scene. From the realistic approach to texturing, shadow implementation, rotoscoping work, colour matching and more I believe I achieved this sense of realism. With additional environmental fog affects to simply complement my work thus this point. Overall, I am quite happy with how the final shots turned out.

Now, to explain my full process as to how I reached this point.

As previously mentioned, our goal for this project was to choose character designs from the Brian Froud book "Good Faeries Bad Faeries". We were given a range of designs, and had to choose which would best suit our own personal skill levels. I decided upon the above design, nicknamed "Froak" for management purposes. Additionally to "Froak", we had to also change the design itself to create a alternate version of the character to fit in with the themes of "Good and Bad" of the book itself.

Individually we planned out our pre-vis sequences for our trailer shots, storyboarding and discussing what would be visually appealing while also being able to be completed at our skill levels.

We began work on sculpting our creatures, taking weeks to establish the core elements of our creatures we needed to showcase for appeal purposes. In this time we utilized and learned the software Zbrush, learning the correct workflow and where to focus on anatomy. After this process using Maya to rig and then Substance Painter for texturing purposes.

An attempt of photogrammetry was made throughout the project, having a shoot at a local forest for the footage needed. This process didn't go quite so well, with numerous rendering issues leaving it unusable however could still be salvaged and used as placeholders on modelling to make it much closer to the real scenery. This would help with filming efforts in the future.

As seen above, this is the final piece of pre-vis that I established during this time. With an overall outlook at how the final project shaped some scenes were not utilized in the end, some being removed completely or combined with previous shots.

With pre-vis done at this time we got to work on the final versions of the shots we wanted, preparing with film students to help us film what we needed at the forest. The pre-vis greatly helped us during the filming.

During this point we also began to create the final versions of our models, with more detail in the sculpts, textures and included blend shapes for facial animation and displacement maps with our low poly versions. 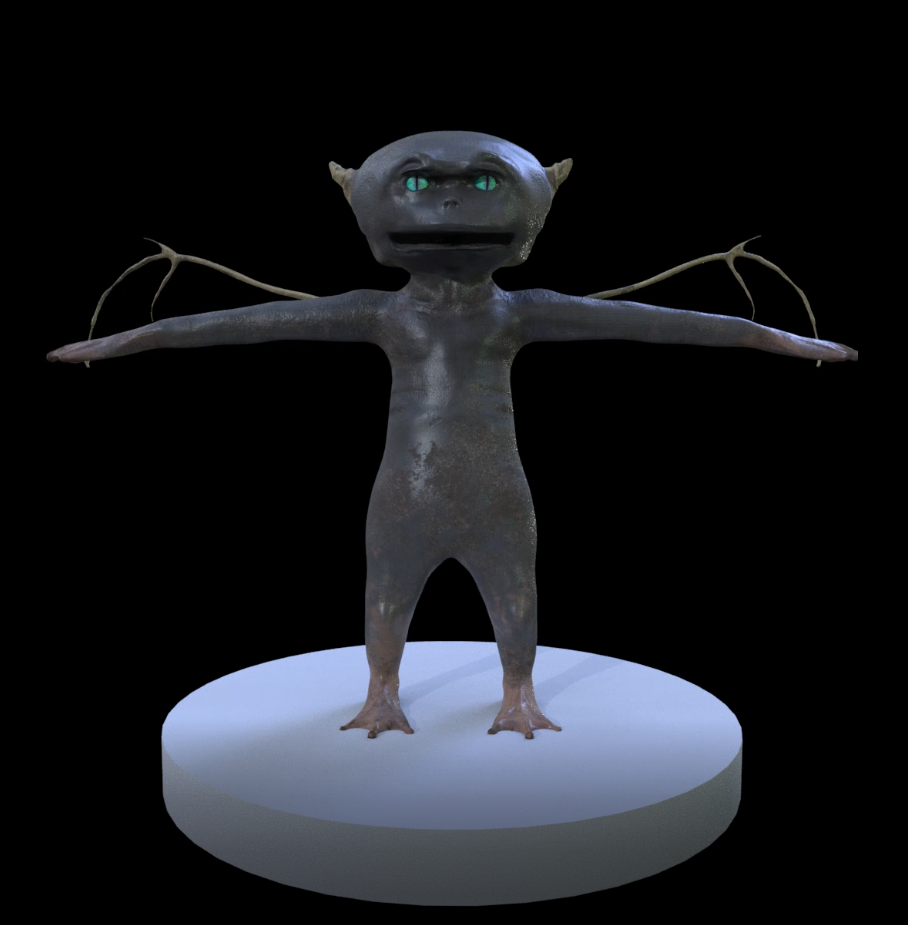 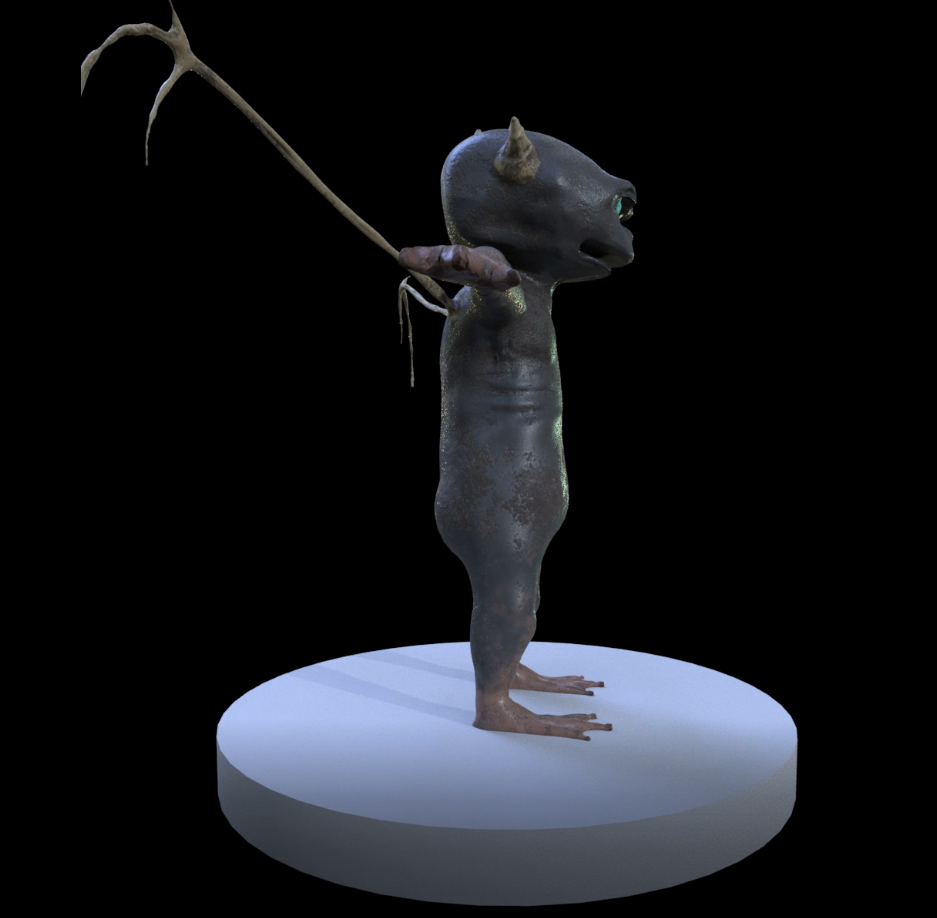 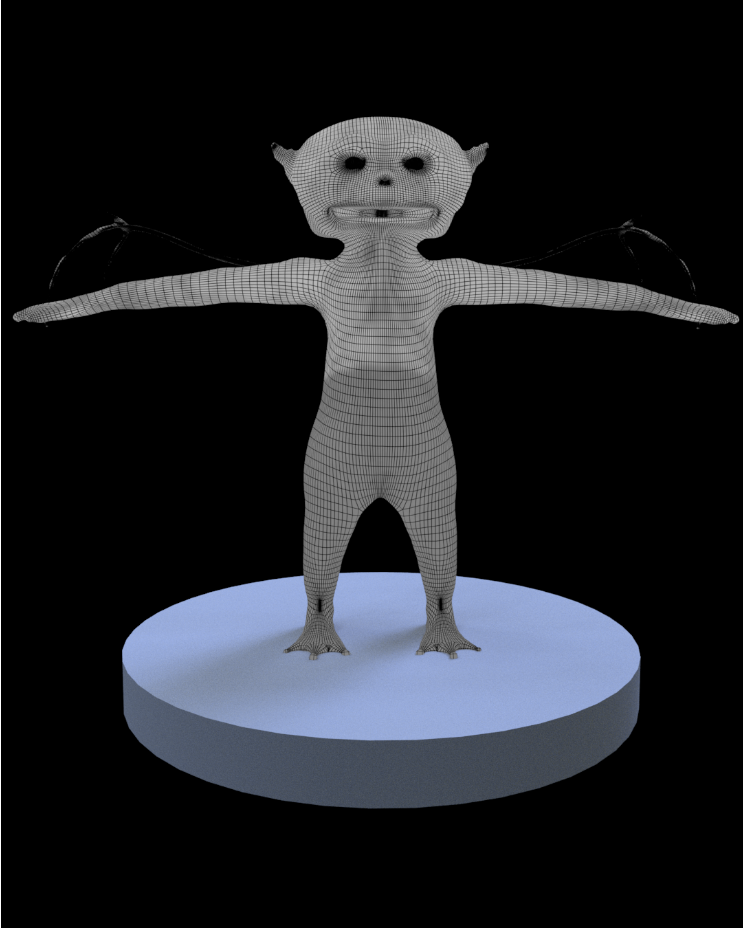 The final renders of the first character. 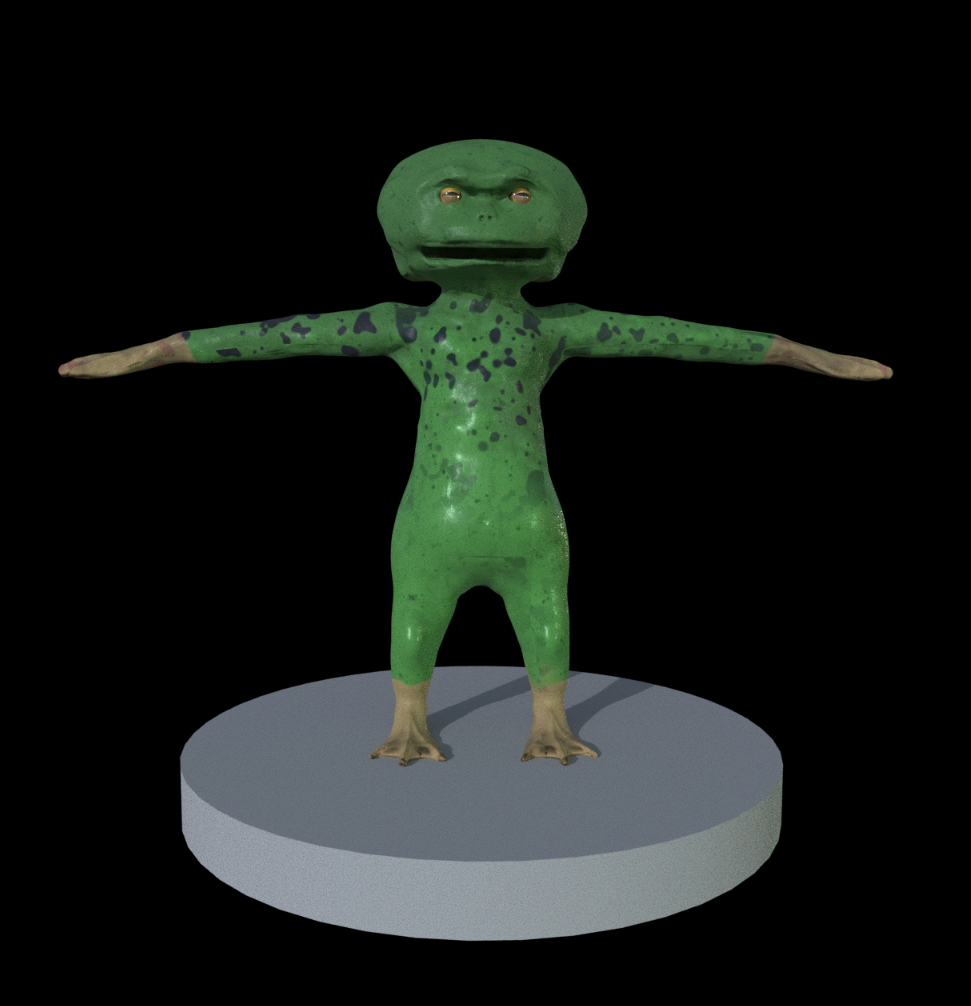 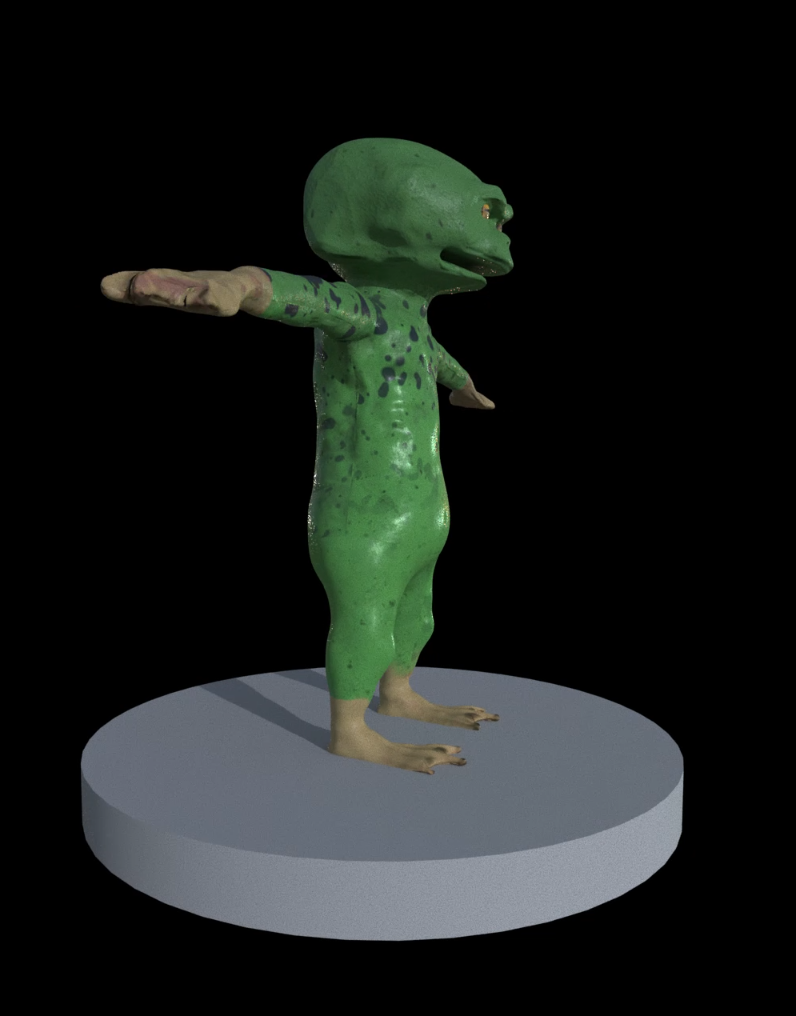 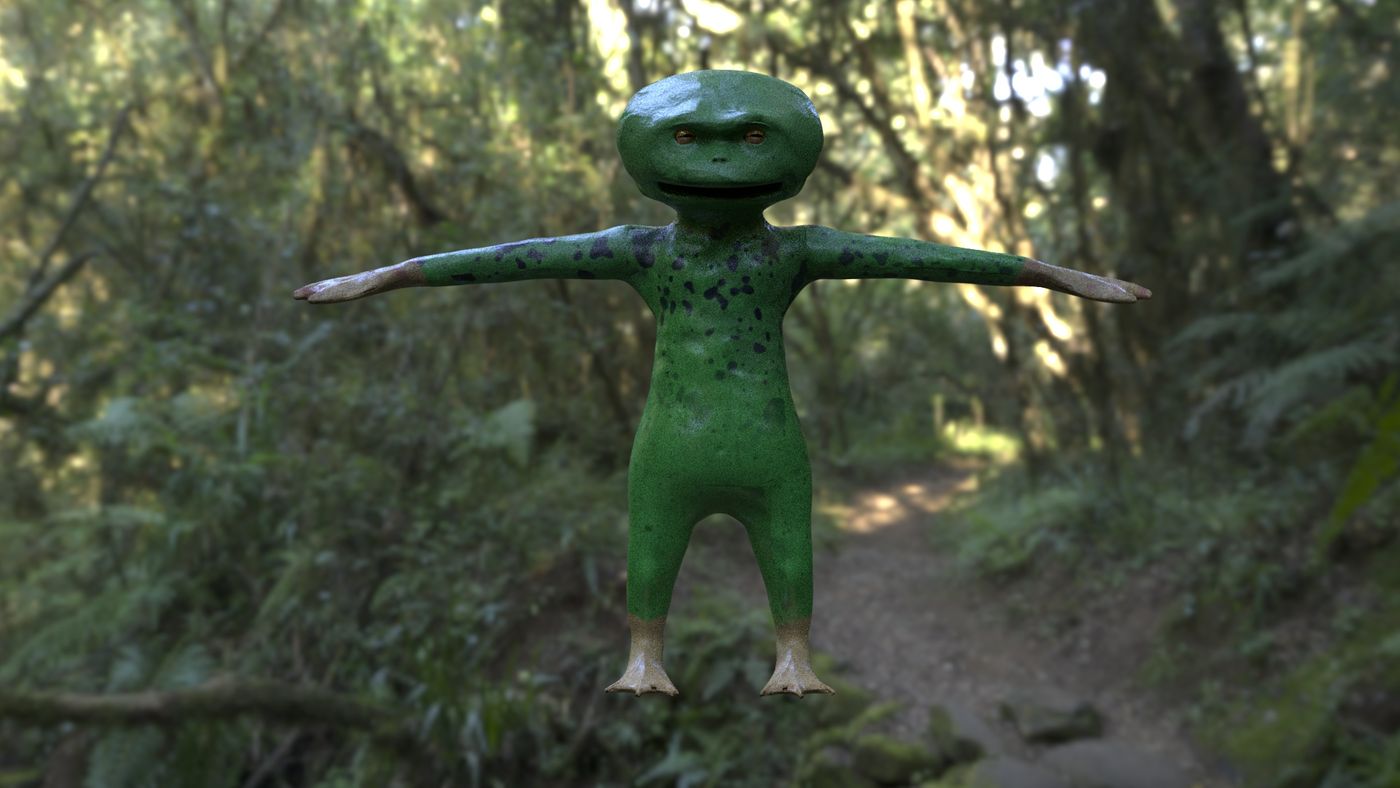 The final renders of the second character.

The final step of the process after filming was to bring the full scene together. Using the software Maya and Nuke we match moved the two shots, animated then rendered with EXR render passed using Arnold. Once we had the render passes we brought these into Nuke and composited over the shot footage, combined with additional elements to complete the final sequence.

Above the full breakdown of how I accomplished the project.