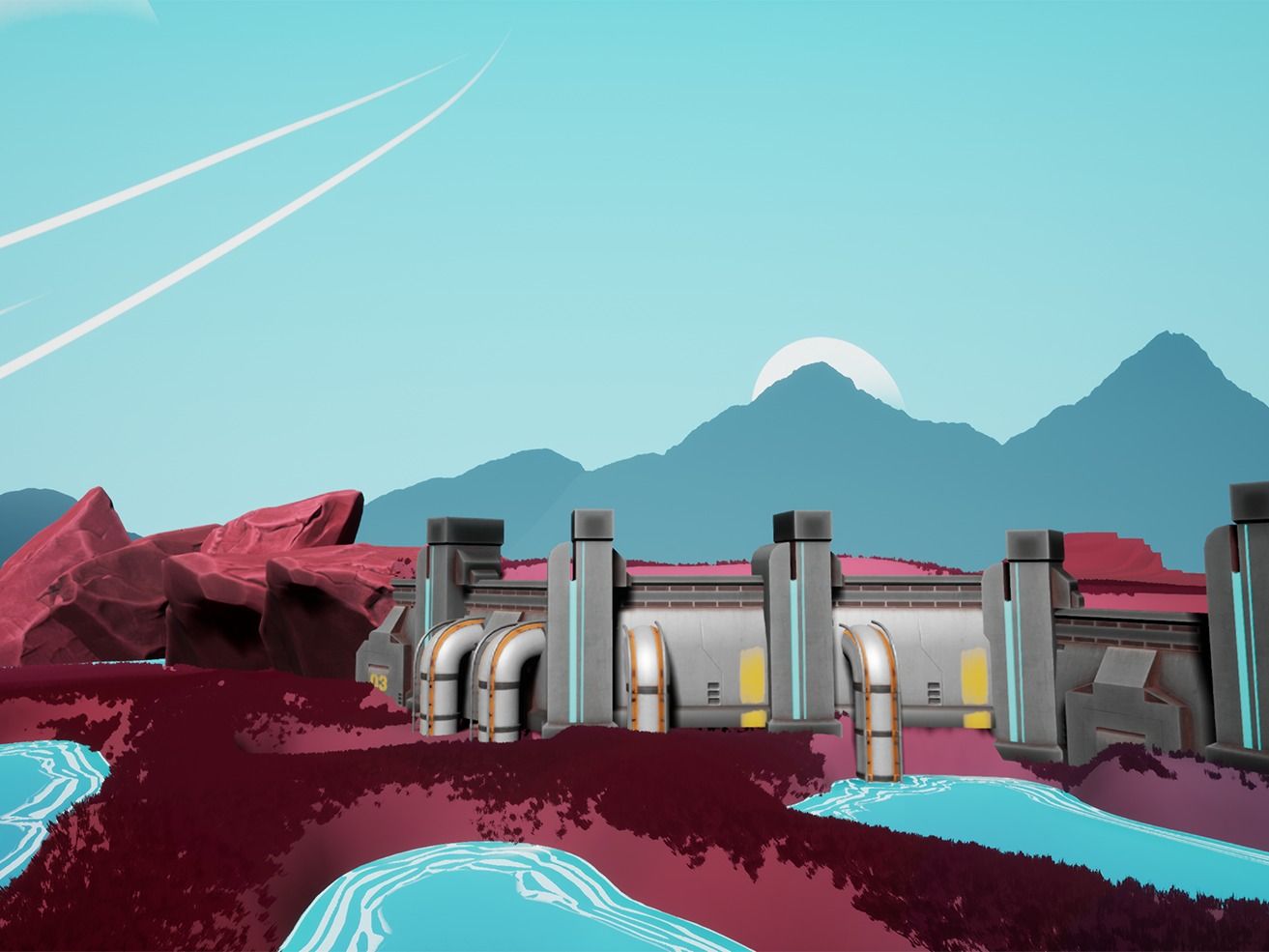 Bit of a later update as I unfortunately lost access to my computer for around a week and a half. I've been catching up over this weekend though and have some content to share (woohoo!).

I decided to redo the layout as my scale was super off last time and I felt unsatisfied with the landscape sculpt. I've also added a sky using basic planes with emissive values and mountains with gradients inspired by Ryan Powells approach. I  refined my approach to grass from a previous project- the RVT element was inspired by Jasmin Habezai-Fekri whilst the overall mesh took inspiration from André Felipe de Melo Mecheto's approach. There's still areas I'm planning to refine - from a high perspective view the grass looks patchy rather than fluffy. I'd also like to improve performance.

I created the walls using Substance Designer alongside the pipes - they're modular so they can be built up quickly. I still have a lot more to do but at this stage I'm happy with the progress. All update images can be seen below. See you next Monday! 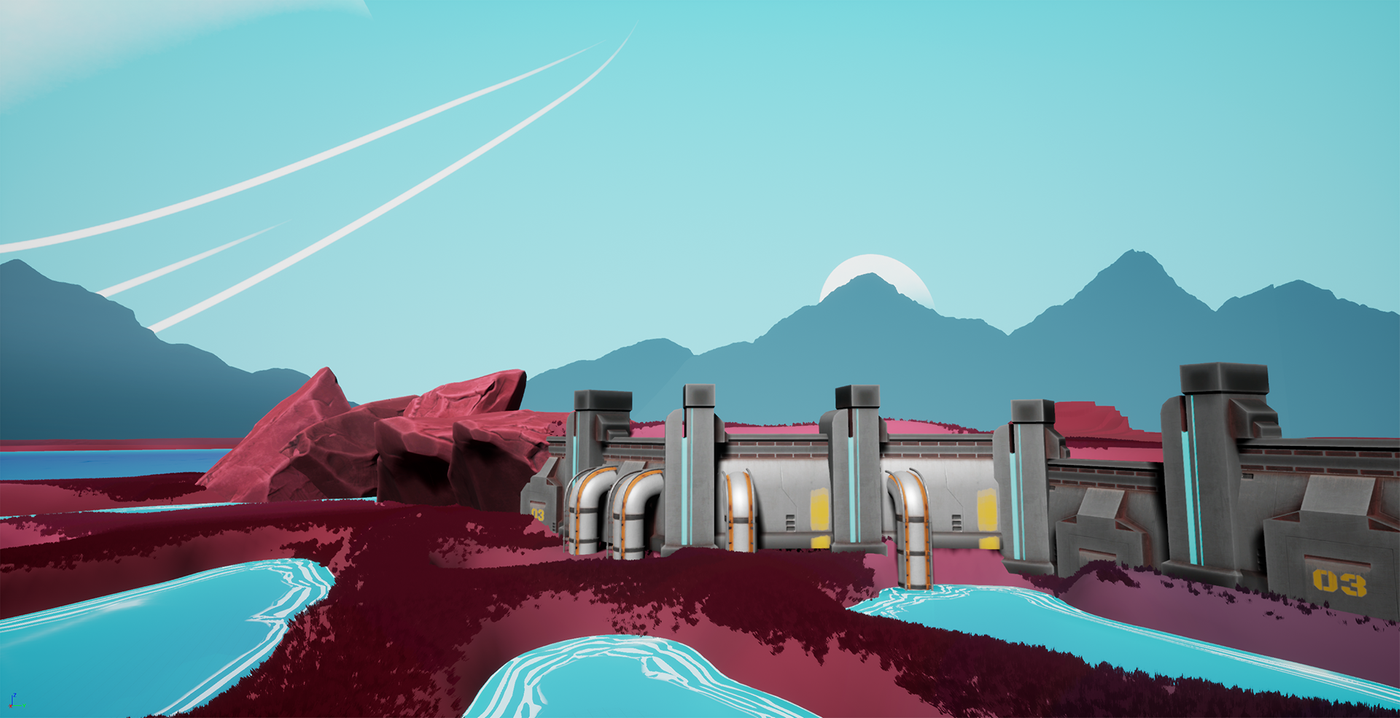 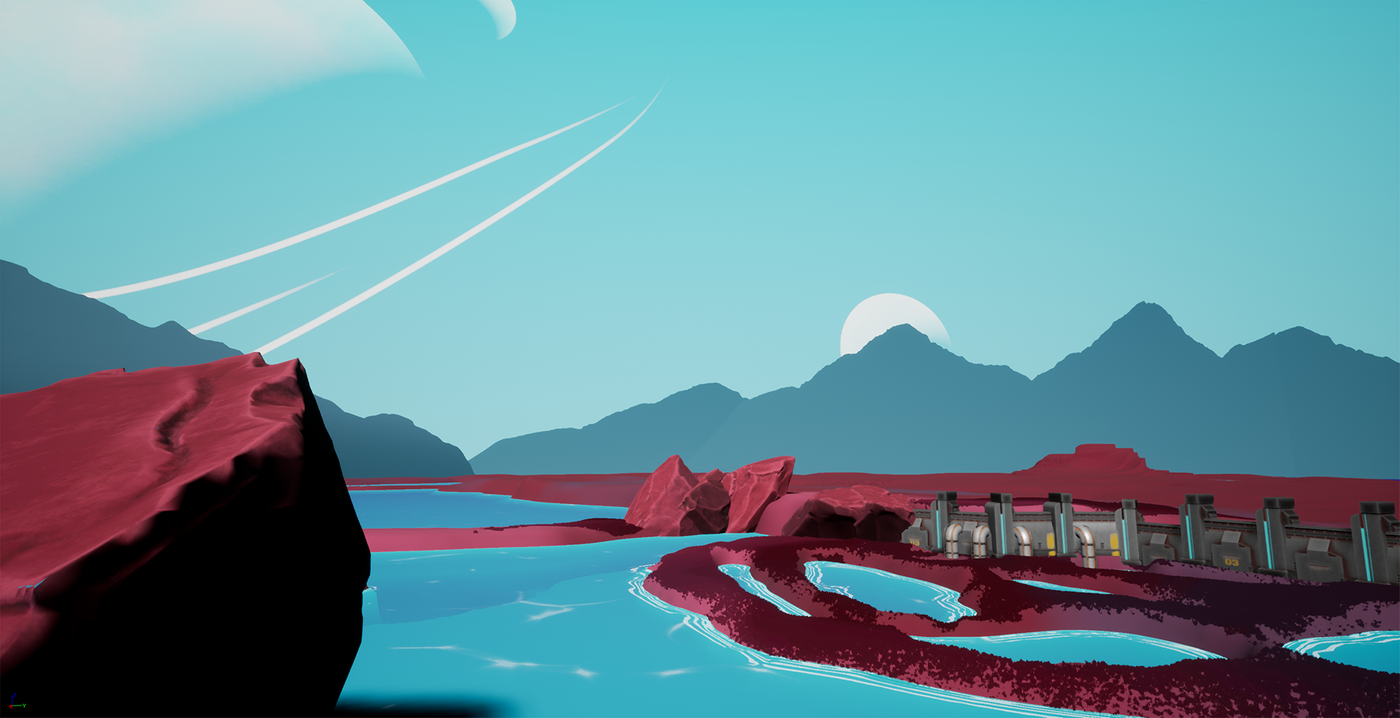 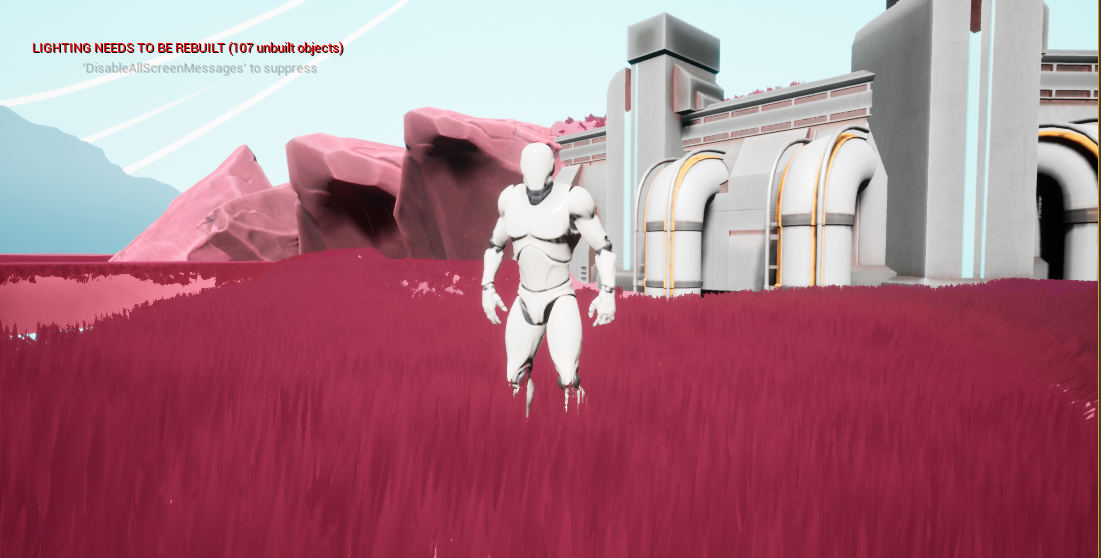 This week I worked on the block out for the environment and created two of the main rocks, as well as the UE4 water and landscape material in Designer. Whilst I'm still not 100% about the block out, this is an area I'll be tweaking as I go along. 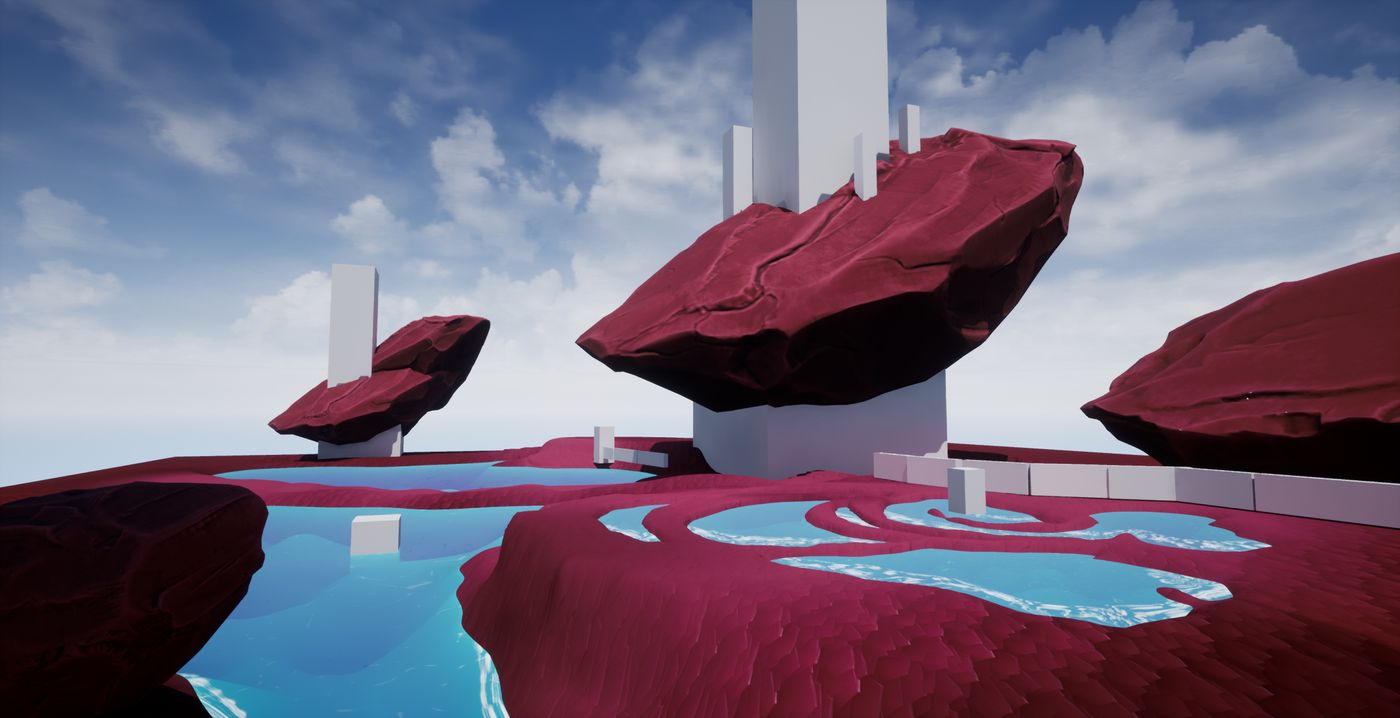 The water was created using nodes such as cheap contrast and depth fade - I'm still looking for a good method to get that emissive glow seen in the reference whilst still retaining that translucent quality but I'm relatively happy with its current stage.

The landscape uses Landscape layer blend to mix plain colours and a rock texture I made in Substance Designer inspired by 3dEx's approach. The next step is to create a 3 plain grass texture and use RVT to get a painterly effect. (Hoping to go more into this next week!) 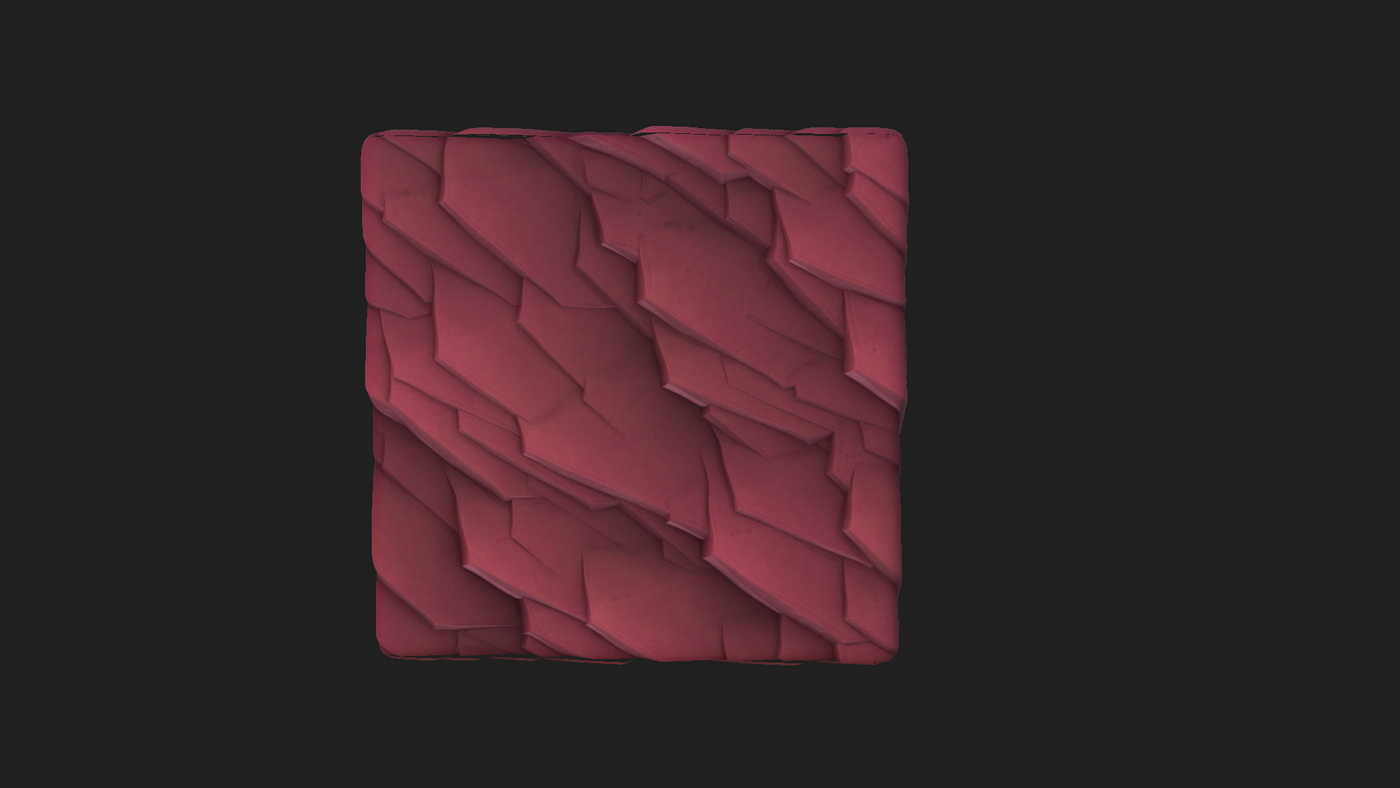 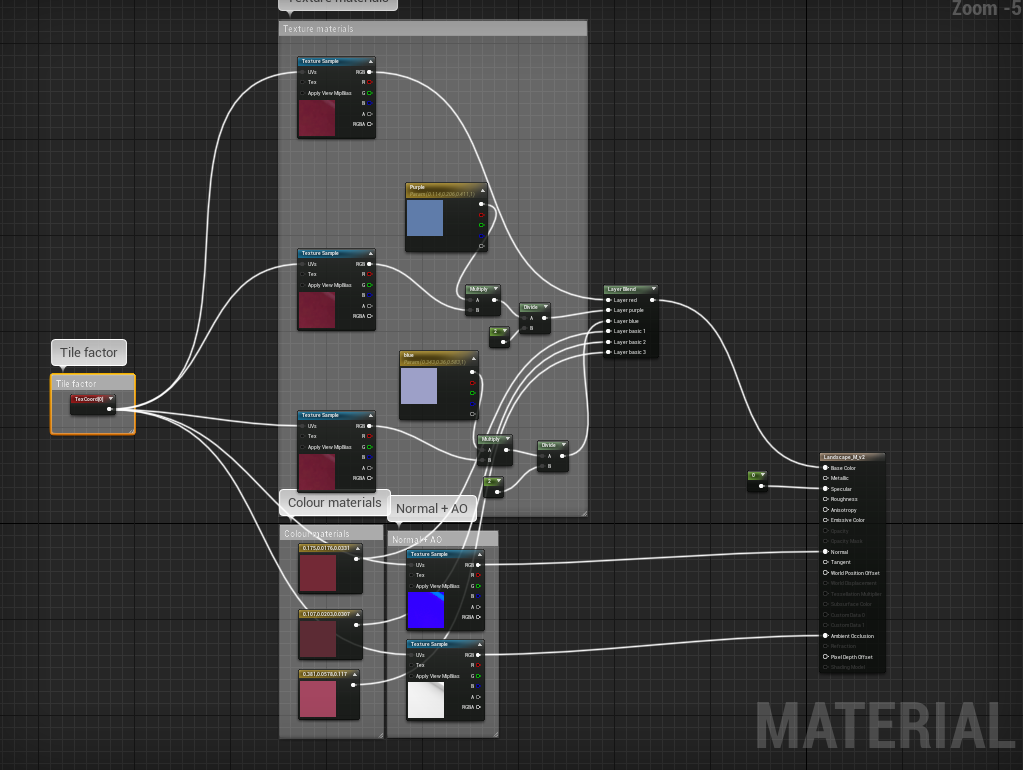 I decided to give ZBrush a go when making the rocks as I haven't had the opportunity to use it before and was happy with the turn out! To make the rocks I used a mixture of the Trim adaptive, Mallet fast and and move brush. There could have been more detail and I hope to improve with the rest of the rocks. I then textured them in Substance Painter. 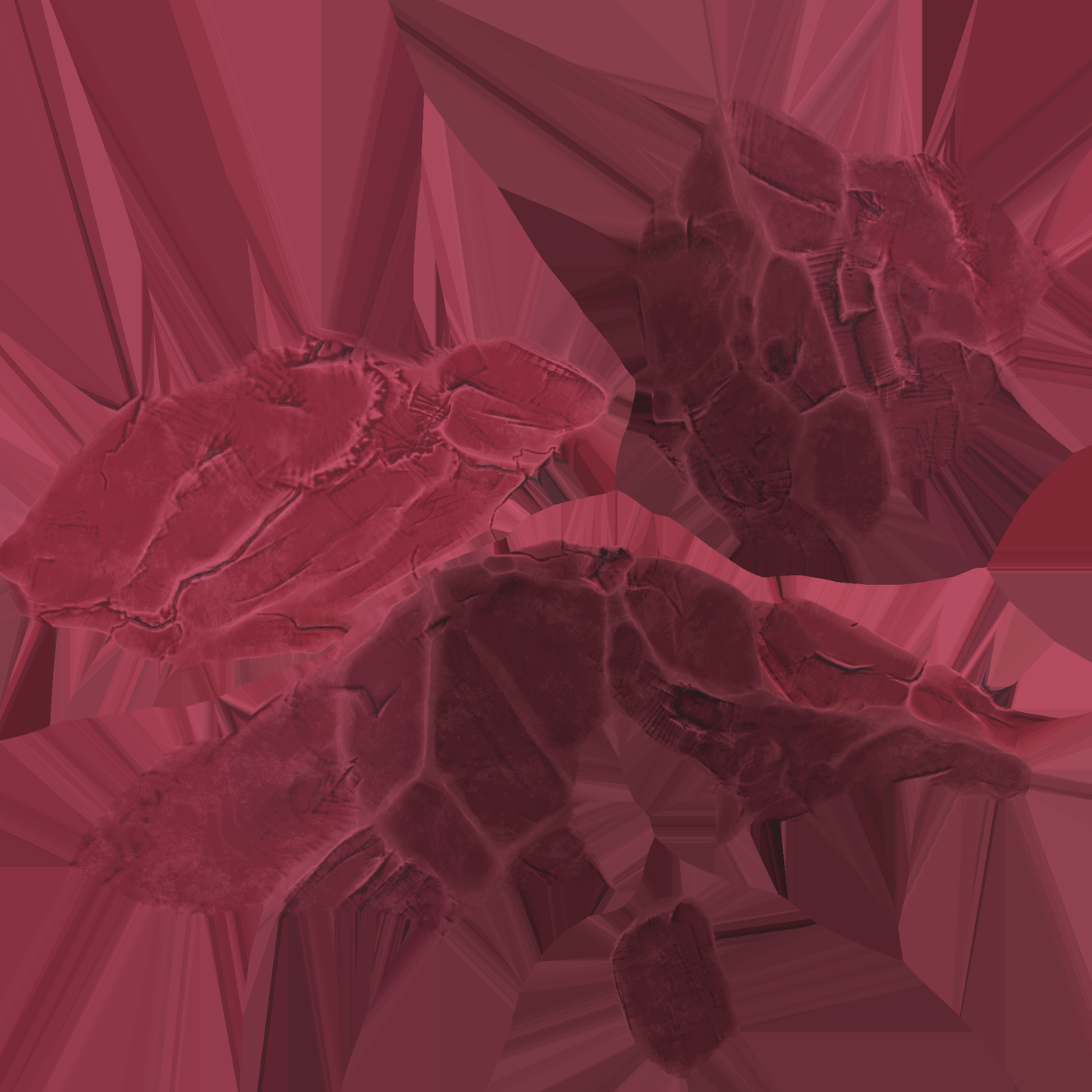 I've added more to my 'to do' list this week so there may be potential to bump up the weekly scrum list. Over the next week however I'll be refining those big environmental factors. I'd like to get the main environment visualised before building in the world, so it's looking like grass ,clouds and sky for me! The next update should be around the 12th. 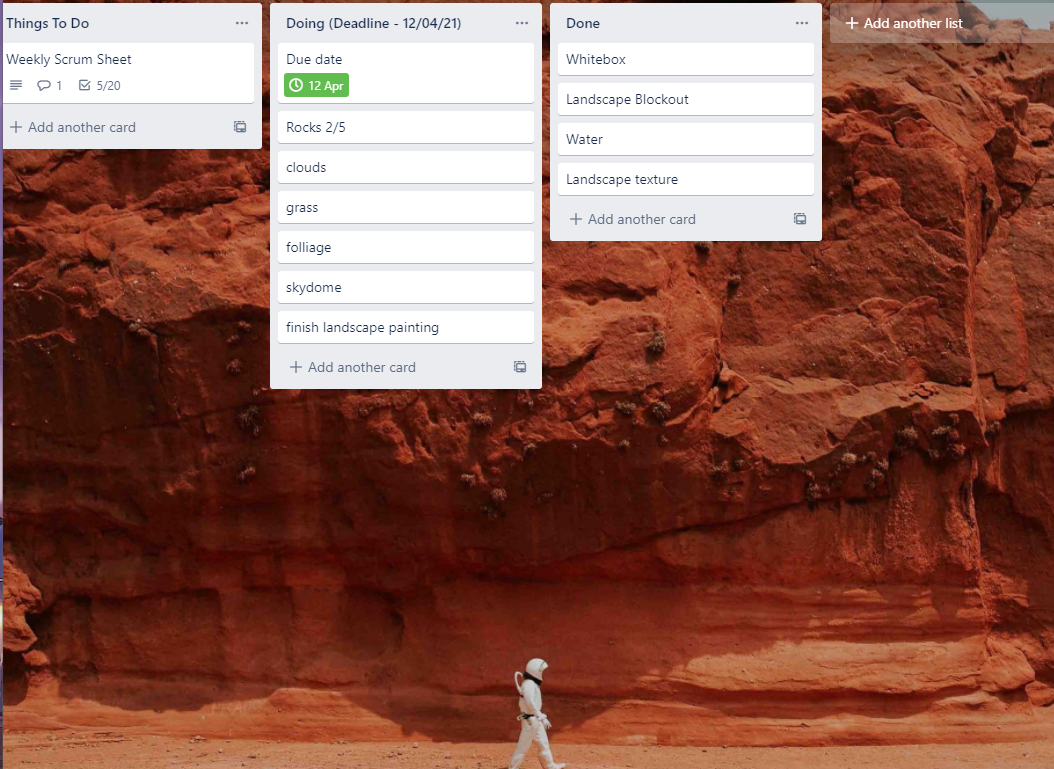 I've now made a Trello which includes a weekly scrum sheet which I'll be updating each Monday with new tasks. I'm still navigating how I want to break this environment down so there's an extra weeks time allowance just in case I've underestimated . I've not been able to truly get cracking with the process due to some deadlines and exams next week, but once they're off my tail I can truly get stuck in! with that said, I'll be popping back up with a new progress update on the 5th of April. 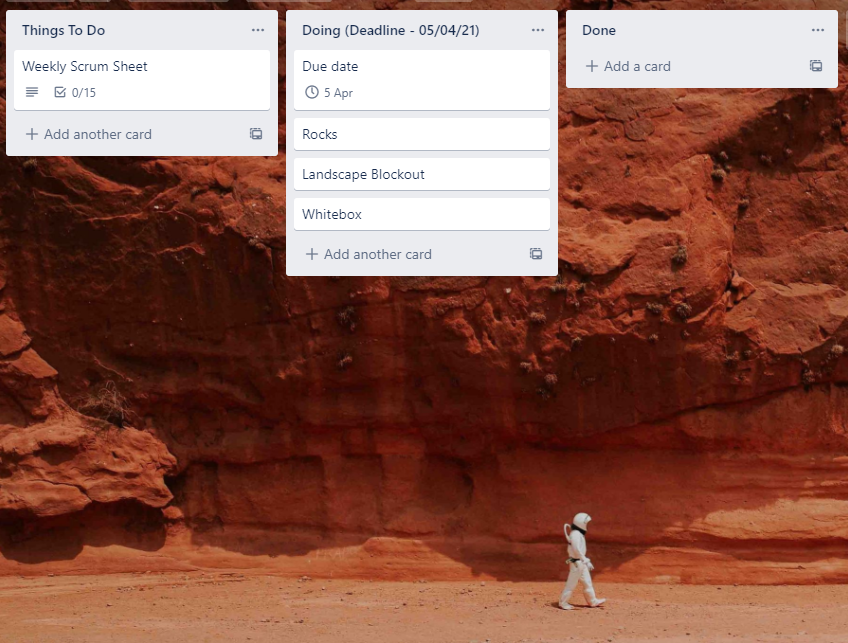 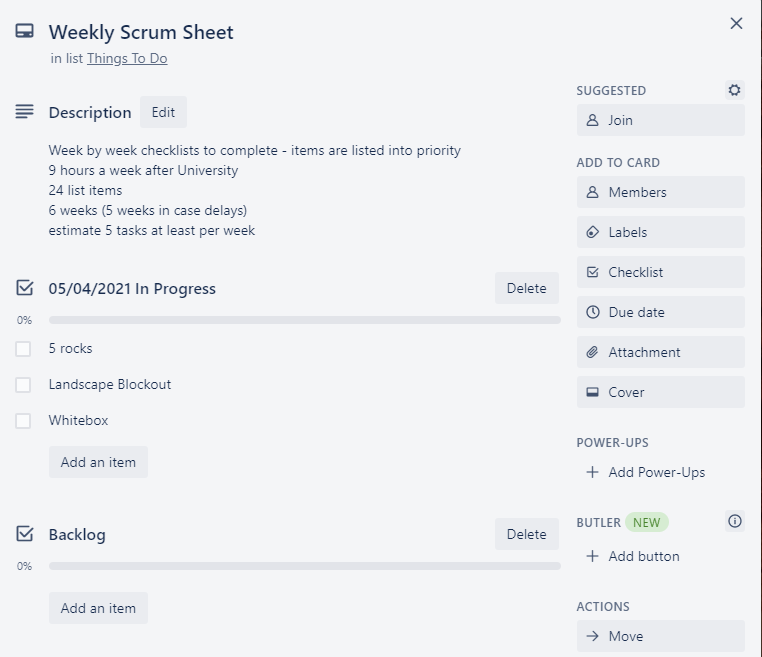 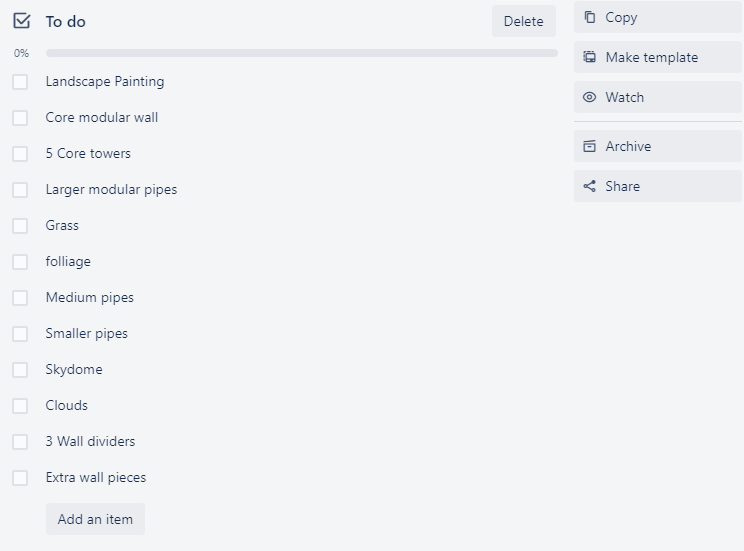 I'm Elizabeth, a current 2nd year Student from the UK studying Games Production. I'm still at an early stage of my journey and have only decided to specialise in stylized 3D as of this year - initially I came into University like a lot of others knowing nothing! I post finished pieces over on my Artstation and updates/blog updates on my Twitter.

I'm basing this project off of 'The Colonial Power Plants' by Alexandre Winkler who has kindly given me the go ahead! I hope to bring my own style into the final piece and learn something new along the way. 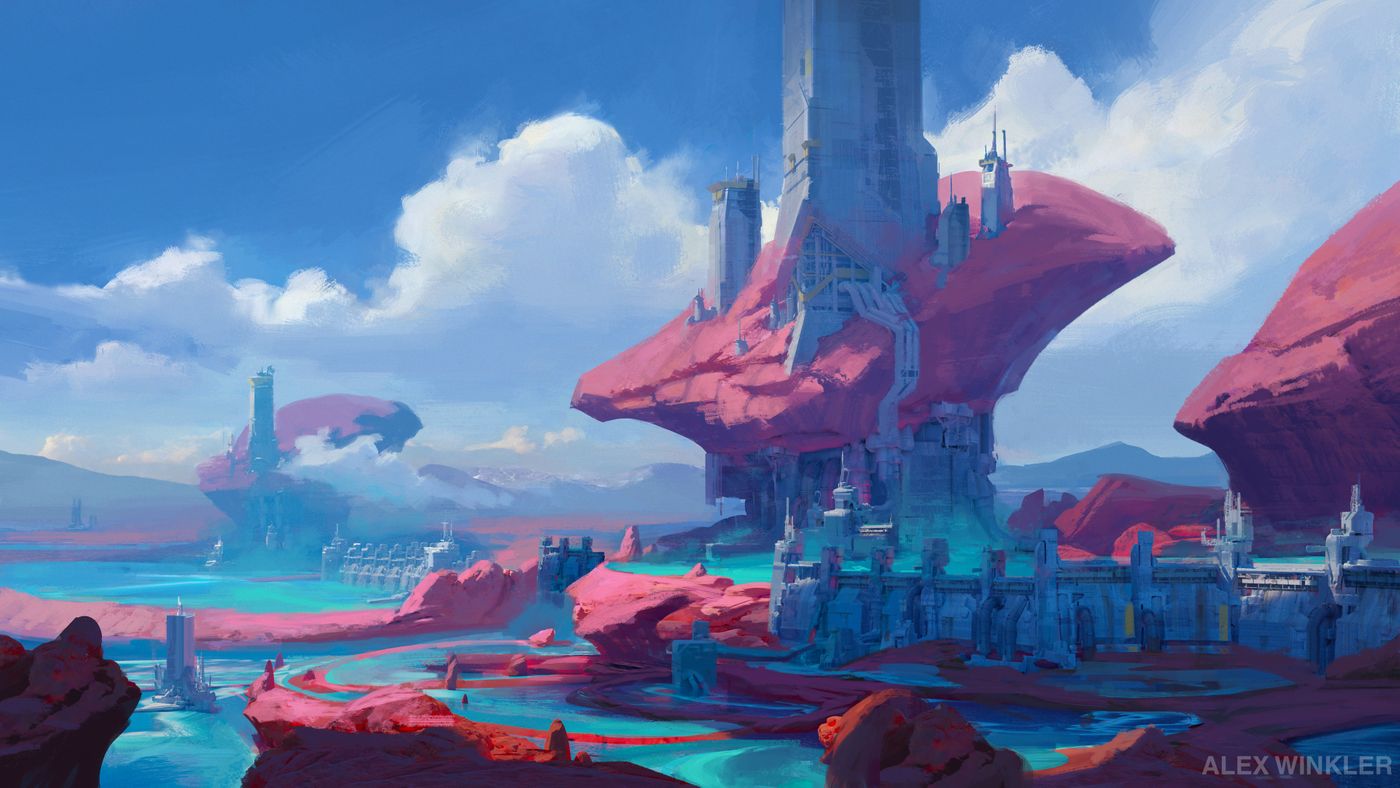 The main area that caught my eye was the use of colour in this piece and the overall composition. The mix of organic rock and industrial structures was one that I hadn't seen too often. I hope to add water coloured grass and plants to fit the theme, whilst potentially changing the sky. 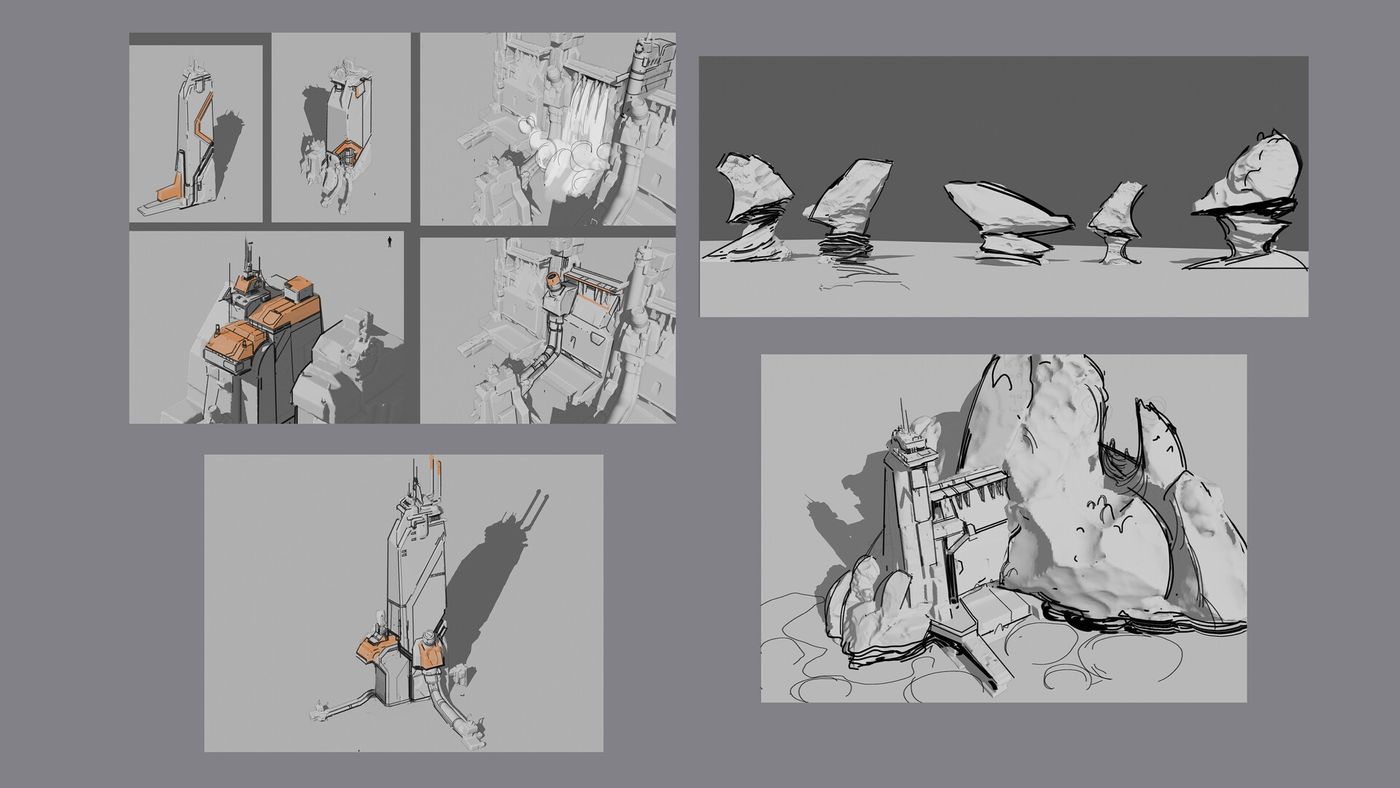 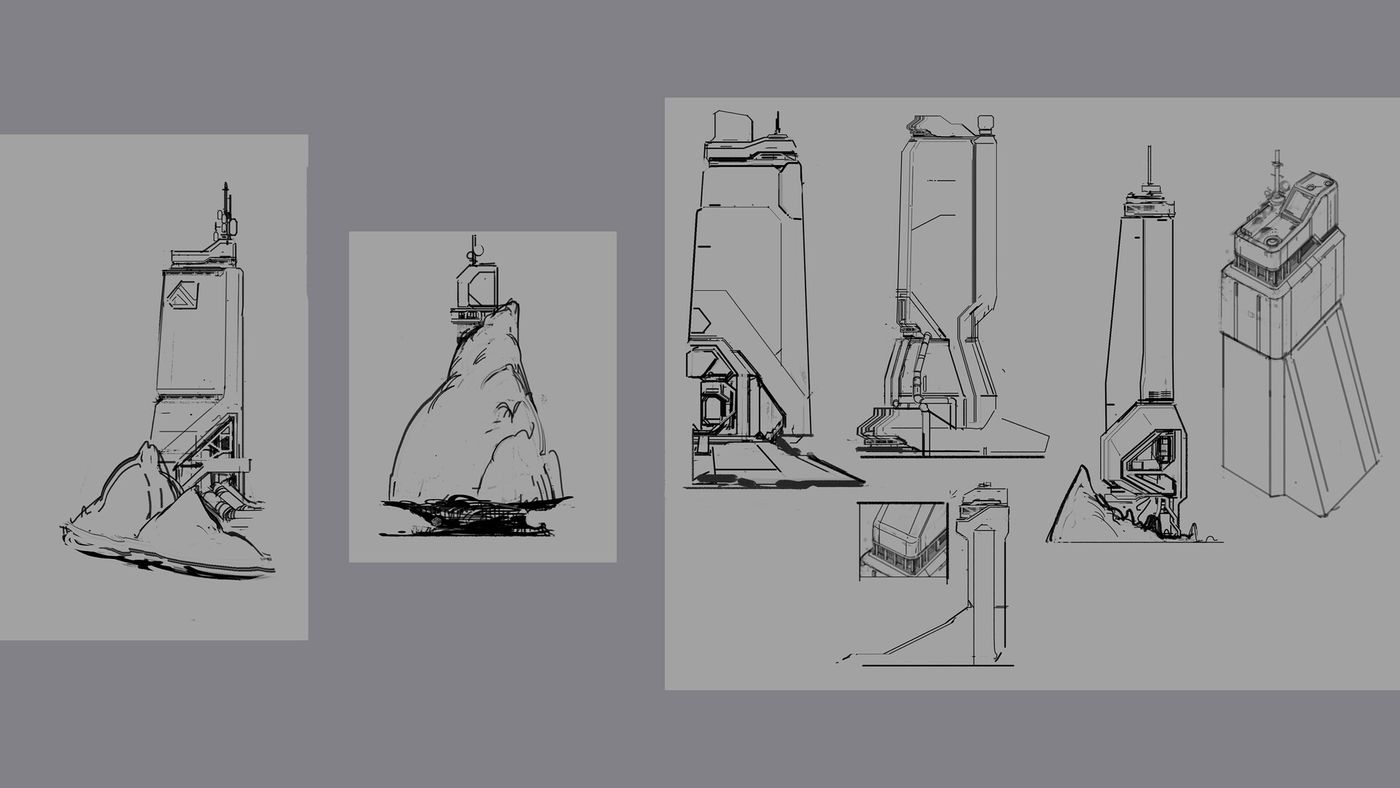 Alexandre also provided several sketches of the structures themselves which is a huge help in how I'll make them. This is my first time working from concept art due to the nature of my course, so this kind of material was exciting to see. I'm planning to build the buildings in Maya, and the rocks in Zbrush. This will also be my first time using Zbrush (expensive!) so I'm interested to see how it differs from Blender. Lots of firsts! 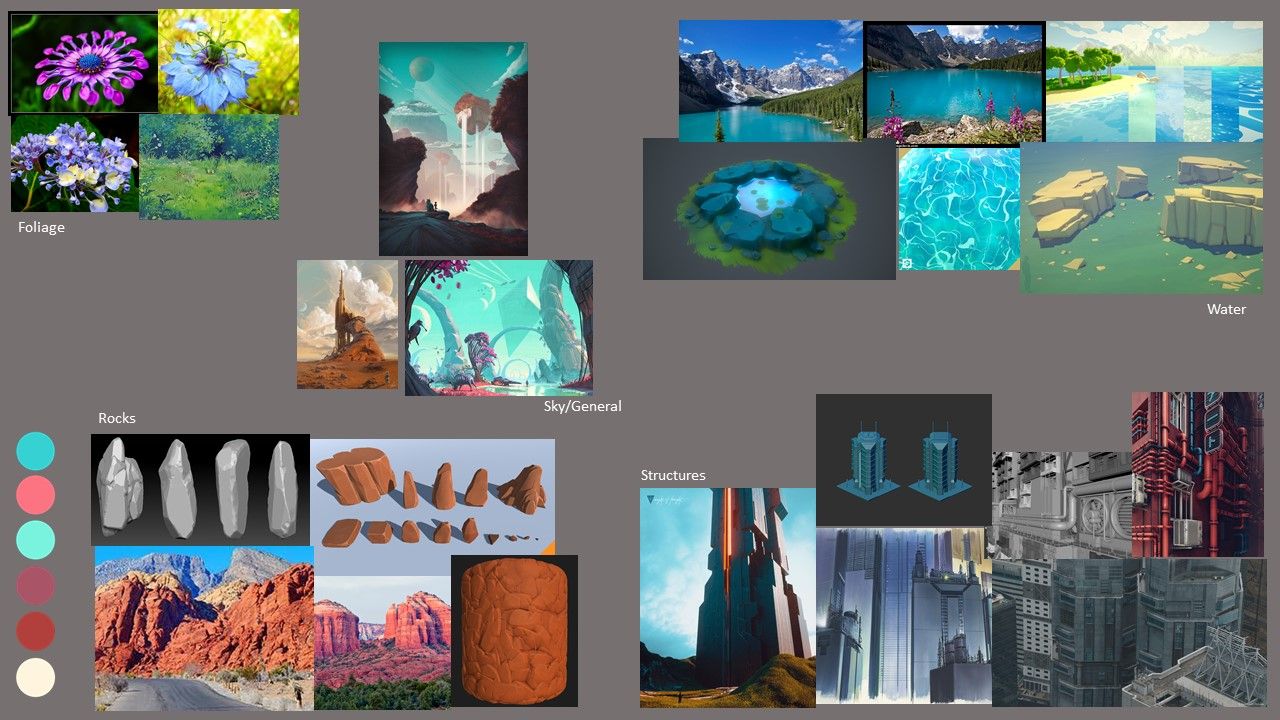 I started by making a reference board breaking down the core elements. It's consists of a mixture of artwork, 3D, textures, and real life. I also included images from Ghost in the Shell as certain structures have a similar aesthetic.

Now that I have my bases covered, I plan to make a Trello breaking down all of the tasks and their key dates. From here, I can make a basic white box.

So with that said, thank you for reading and I hope I can deliver the update above soon! 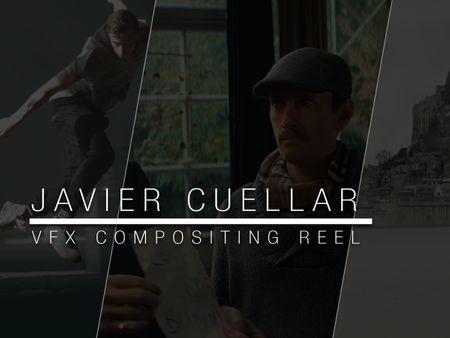 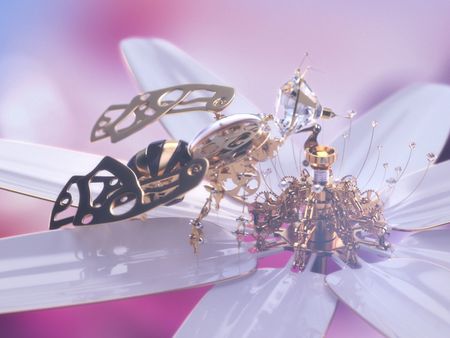 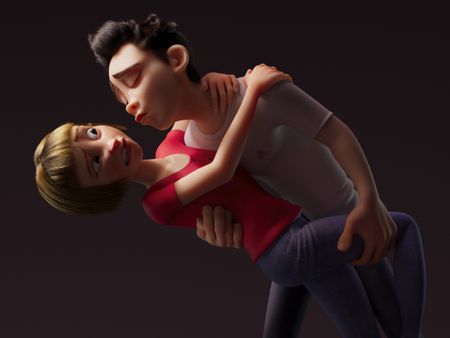