Here you find weekly updates about my progress in the Challenge, about my Ideas, my way to tackle problems, and so on. Feel free to get in touch with me if you wanna know more about my work. :)

Hey whats up guys, hope everyone is fine and healthy. So yeah my first week in the Challenge is over now and here is my update for my first week. I didn't had much time beside searching for some potential internships and writing Mails so yeah, but i think my progress isn't that bad for the first week even if i spend maybe too much time in the theoretical part for what my first tool should do. But yeah look, here it is :)

About the naming  I'm still not sure haha but yeah it works. As I described in my first post, my plan is to do as much as I can with procedural and reusable tools which I could use in multiple cases to be faster later on.

The intention of this tool is to generate an attribute that spreads over a surface in a wave kinda look. Other features i also wanted were:

-Fast and easy adjustments for timing and speed

-Ability to Loop over time

-Easy Start Point selection based on either a group or geometry

-Option to make it look not so linear/random

So yeah, these were my intentions for my tool and so I started tinkering. The main spread is based on the Find Shortest Path for speed/adjustability reasons and because I don't want to simulate every Frame.

I think i get quite close to my requirements. I attached some screenshots demonstrating the main features I implemented. So yeah if you want to know more about my tool feel free to drop down a comment. :)

Resistant settings with the option to feed in an already existing resistant attribute on the mesh. 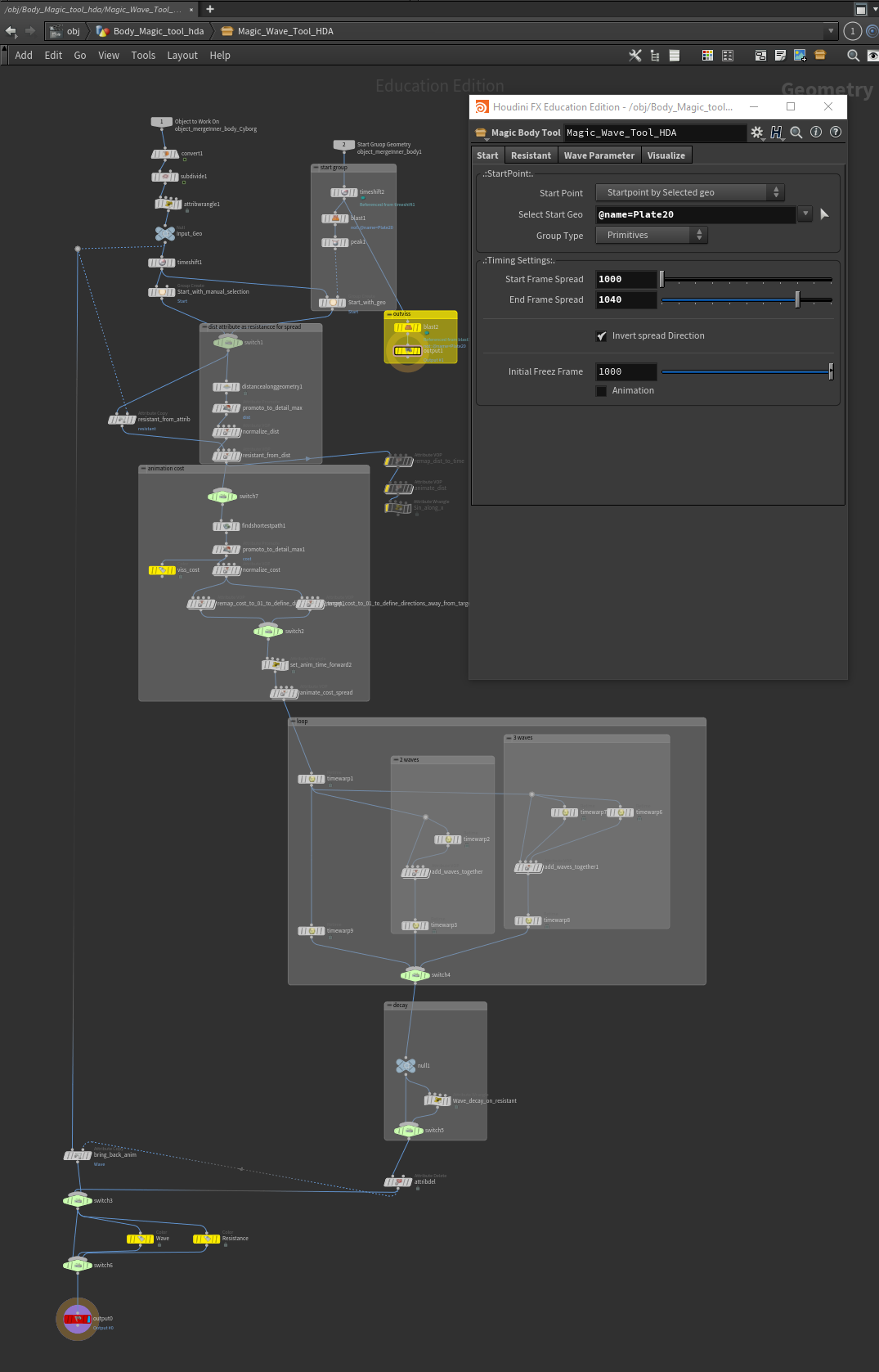 The inside of my HDA

Im Tim and this is my entry to the Rookies X Rebelway FX Challenge. I'm super happy to be part of it and to share my progress, my successes and failures with you guys here in the update section. I don't wanna talk too much, so yeah let's get to work... 🎬😜

I used the first two days to get inspired, to collect ideas, and to brainstorm what i would like to do with the scene during the challenge. So after a bit of creative tinkering, I came up with this first small Paint over version of the trailer and a story I wanna tell / a universe in which my scene takes place.

Imagine a world, a futuristic and quite mystical world. After many many years of war which divided in the Galaxy. But now the war is over and our main hero is trying to find a new place where he could live and start a new chapter of his life. So he finds this nice little village which would be perfect wouldn't there be this huge monster which destroys the fields and scares all the villager. But he kinda likes the village and the people. So our main character decides to use his dark abilities and skills he learned from his masters during the war against the Dark shadows to fight the last time to protect his new home.

I thought about some cool abilities where I could try some new stuff and directly stumbled across these super satisfying Strings from Dr. Strange. But I also want to do something with Volumes to represent some of the dark force which my hero learned during the war. So I want to use two themes in my shot, Shadow and Magic.

So i want to combine a magical stringy kind of effect with some dark force represented by volumes. The dark force should act in a passive and protective way and the magic in a more powerful way to be strong and attack.

Hope you get an idea of what I wanna do. I also attached some Screenshots from my Moodboard down below. so you can see something to imagine better than my poor drawings haha.:) 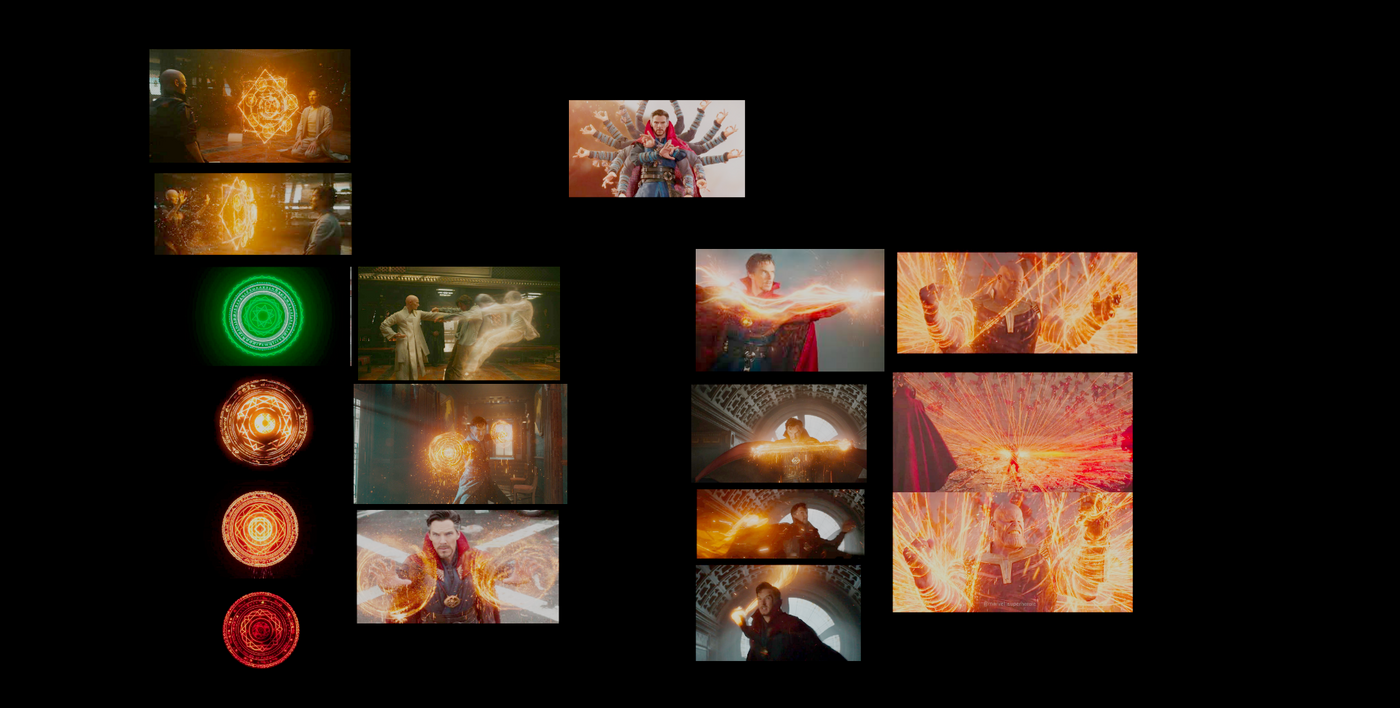 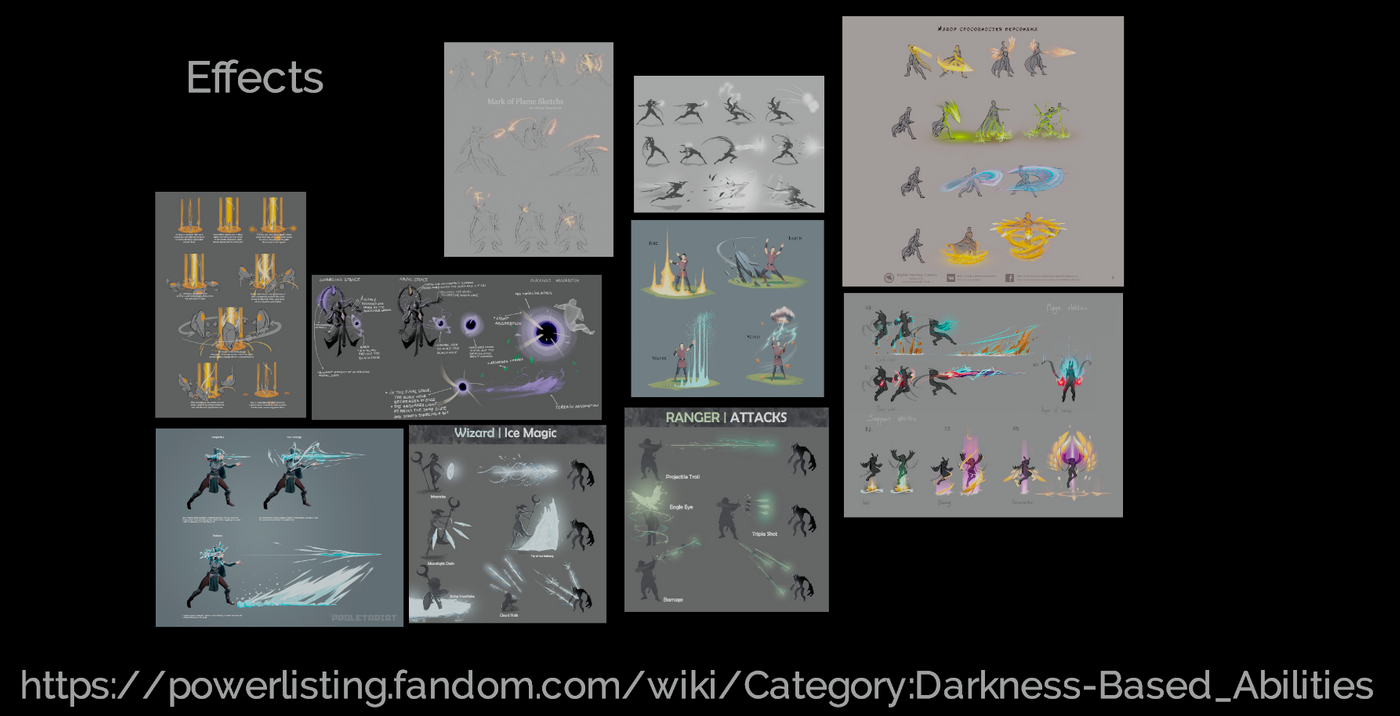 So now where I know what I want to do, or at least the most... I splited my ideas into smaller steps and thought about procedural tools I could develop to make my effects possible and reuse them for different shots in different situations instead of doing them each time from scratch. So I came up with a list of tools/effects and a list of options I wanna have on each tool to work flexible and fast when I finished my tools. 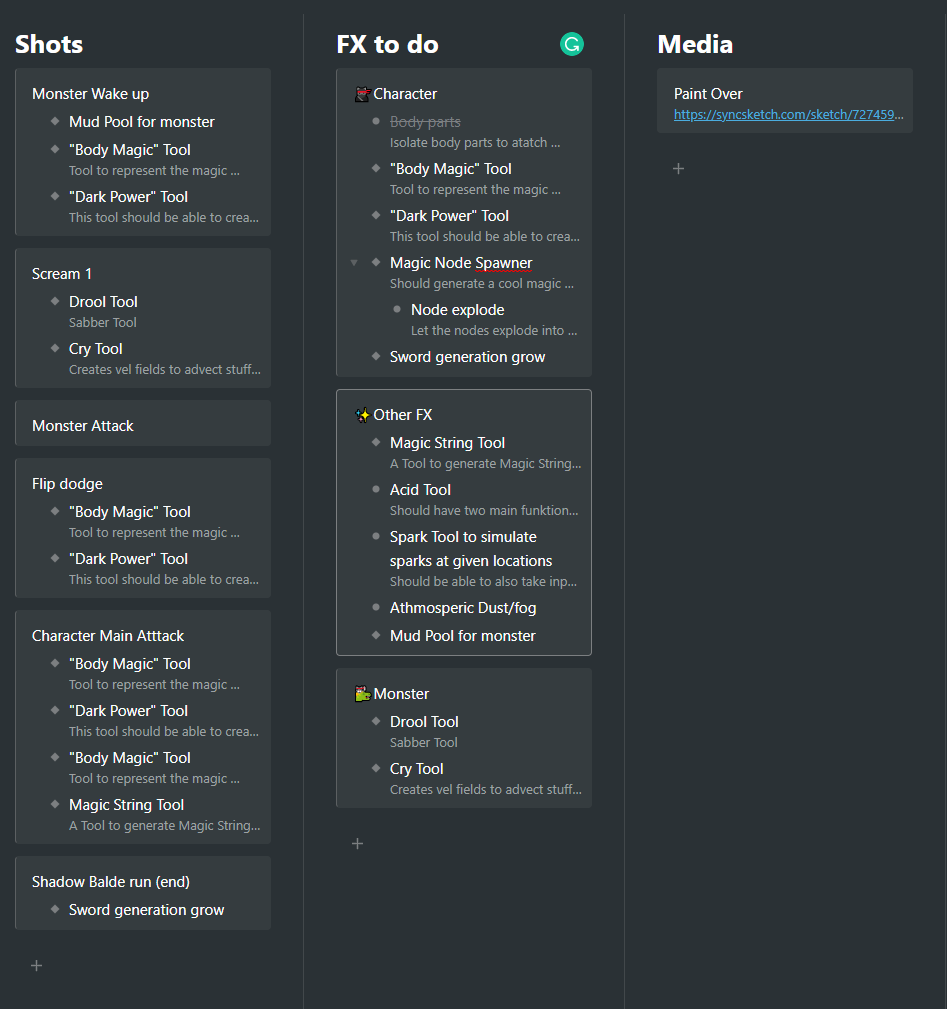 As  program of choice, I will use Houdini to do all my effects

The rendering i will also do in Houdini with Mantra or with Redshift if I get a license for it in school.

My compositing will all happen in Nuke to stitch all the effects together, tweak stuff,...