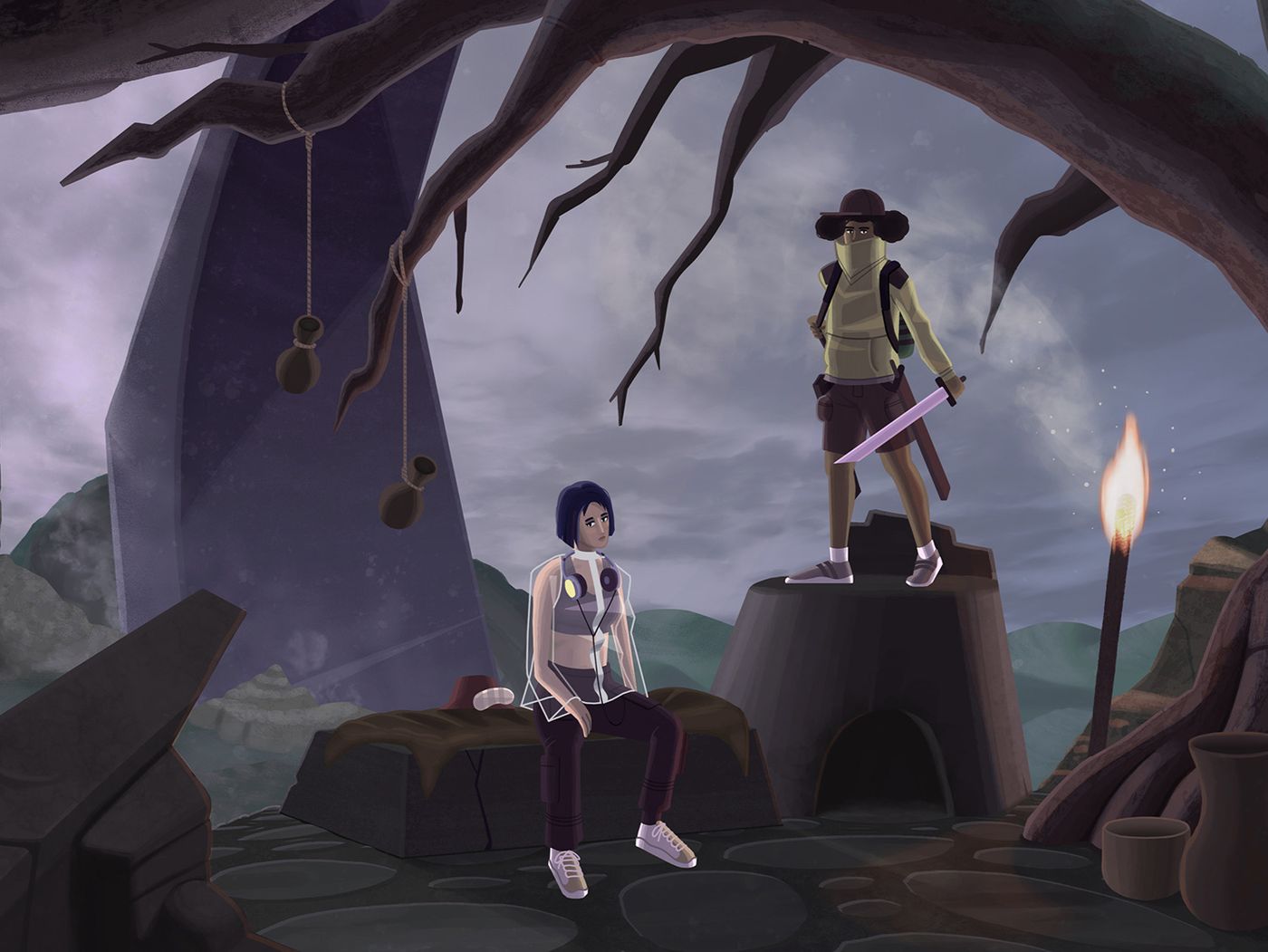 0 96 0
Round of applause for our sponsors

This page contains a series of illustrations and designs that all help depict one central story. The story is about time travel, and the designs found within depict the main protagonists, antagonists, and locations that are found within the story. All of the designs found on this page were created over the span of 10 weeks, and before each illustration I’ve included sketches and other preliminary work that was done to help ensure the final piece was polished and well-thought-out. 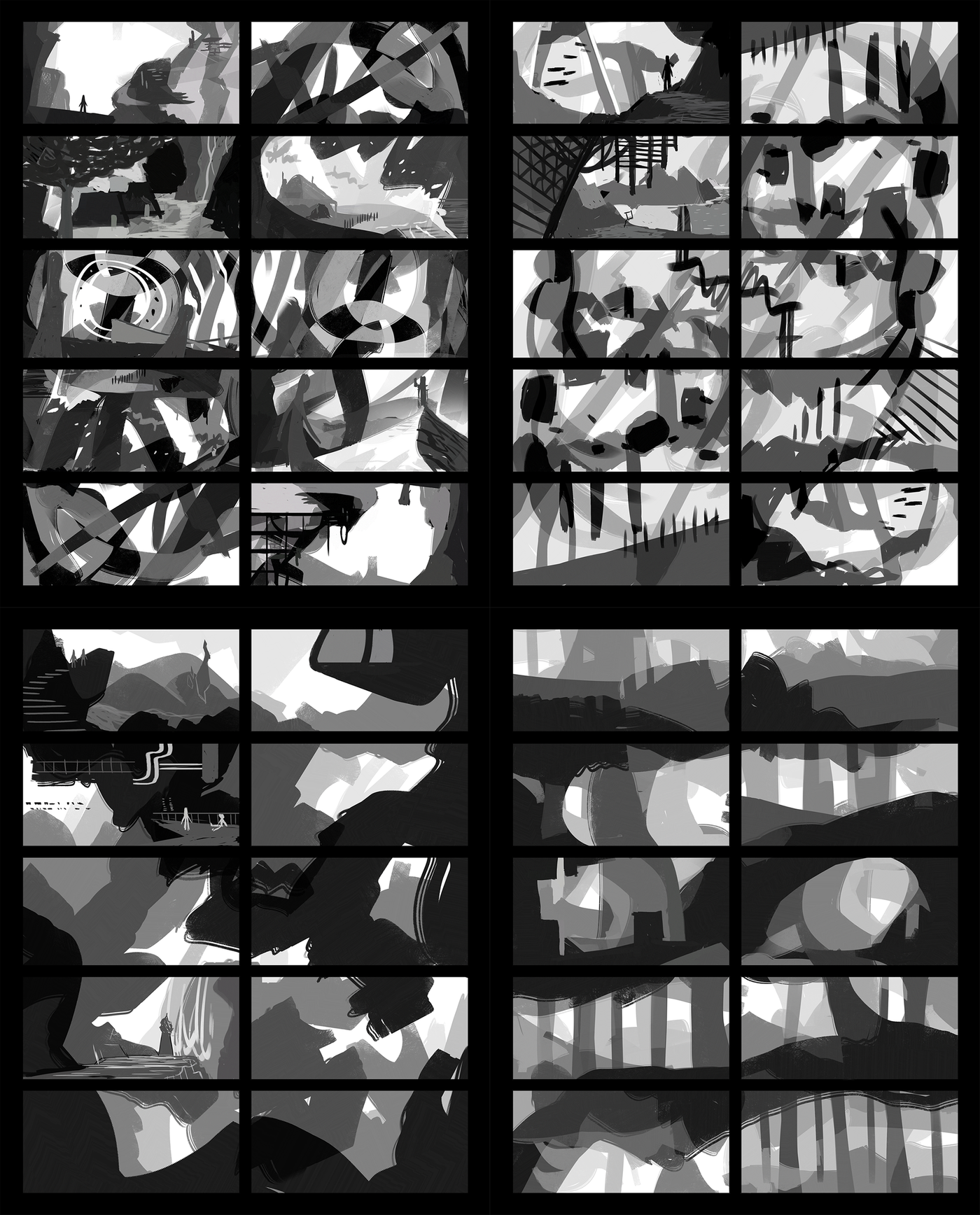 Millions of years before the modern era, a meteorite struck the surface of a primitive and deadly planet: Earth 001. This meteorite was unlike any other in that it was made up of a material the likes of which had never been seen before. This exotic material, when fractured, would dissapear in a burst of gas and in its place a portal would appear. Anyone or anything that would travel through one of these portals would emerge on the other side and find themselves on a version of earth that was millions of years in the future. Centuries after impact, tribes of humans began to learn how to harness the power of the meteorite to travel back and forth between different versions of earth. Conflict soon arose between different factions that wanted to keep the power of the meteorite all to themselves, and that conflict soon led to all-out war. One especially cunning leader named Skarpheiður knew that in order to secure the power of the meteor she would need powerful allies, so she formed an alliance with a company from another version of earth in the distant future: Earth 002. The company Skarpheiður allied herself with was called Lancorp, and it was run by a man named Landry Girard. Technology on Earth 002 was far more advanced than her own, and with this additional help, Skarpheiður was able to destroy anyone who opposed her. It is in the aftermath of this war on Earth 001 (the past) and Earth 002 (the future) that this story takes place.

When I was creating my abstract thumbnails, I kept creating forms that looked like an object sticking out of some hills, so I decided to go with the idea of a strangely-shaped meteor. In context of the story, this is the meteor that strikes Earth 001 in prehistoric times. Thousands of years have passed since the initial impact, but the meteor still emits massive amounts of steam-like gas. I was heavily inspired by Iceland when creating this image, as evidenced by the lack of trees (save the one in the top left) and rolling green hills. 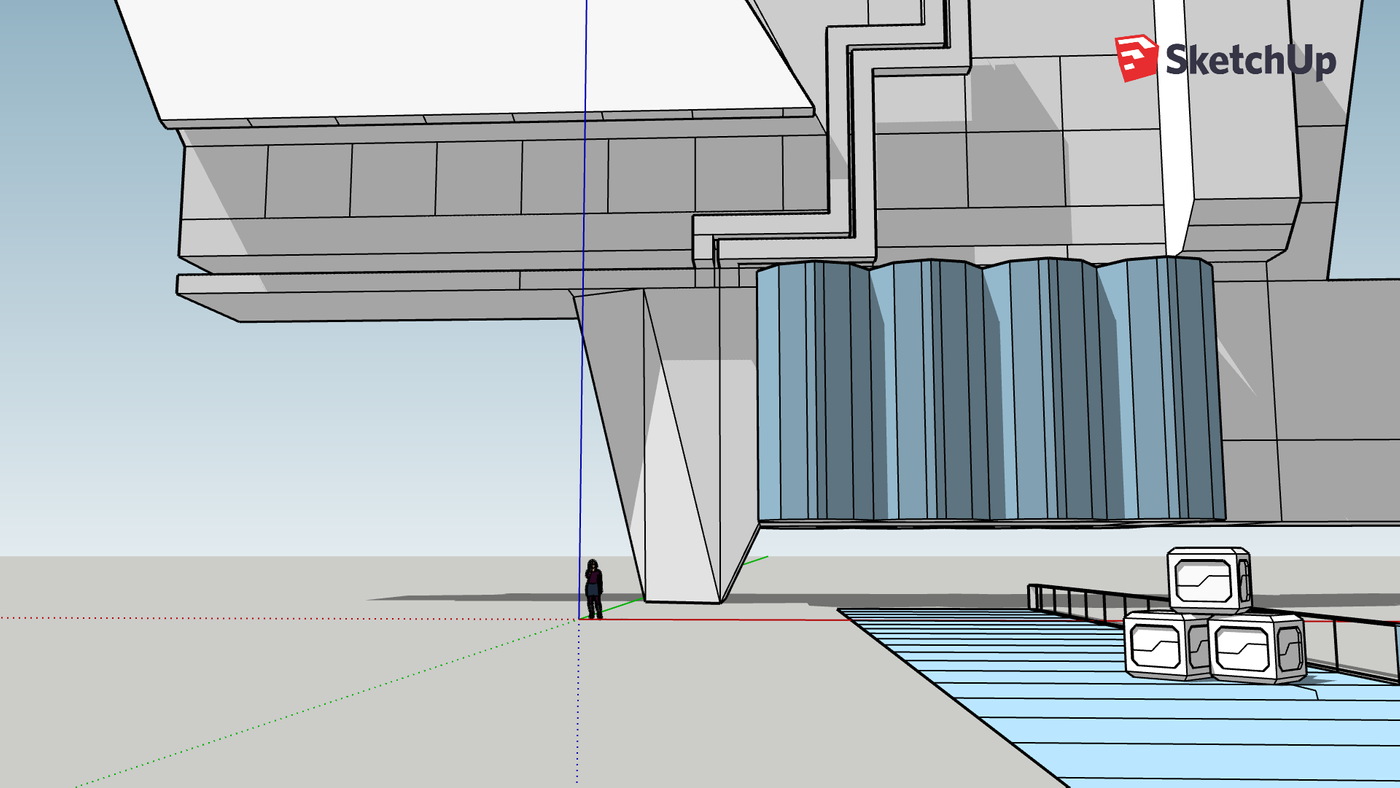 Because this story takes place on a global scale, I imagined both the protagonists and antagonists travelling large distances. Depicted here is a cargo ship of the future that might be used for travel purposes. I was inspired by semi trucks and how they don’t look like they’tre built for speed, but rather for hauling heavy freight. In the background I put the silhouettes of other ships to imply that travelling by flying vessel is common in the future. 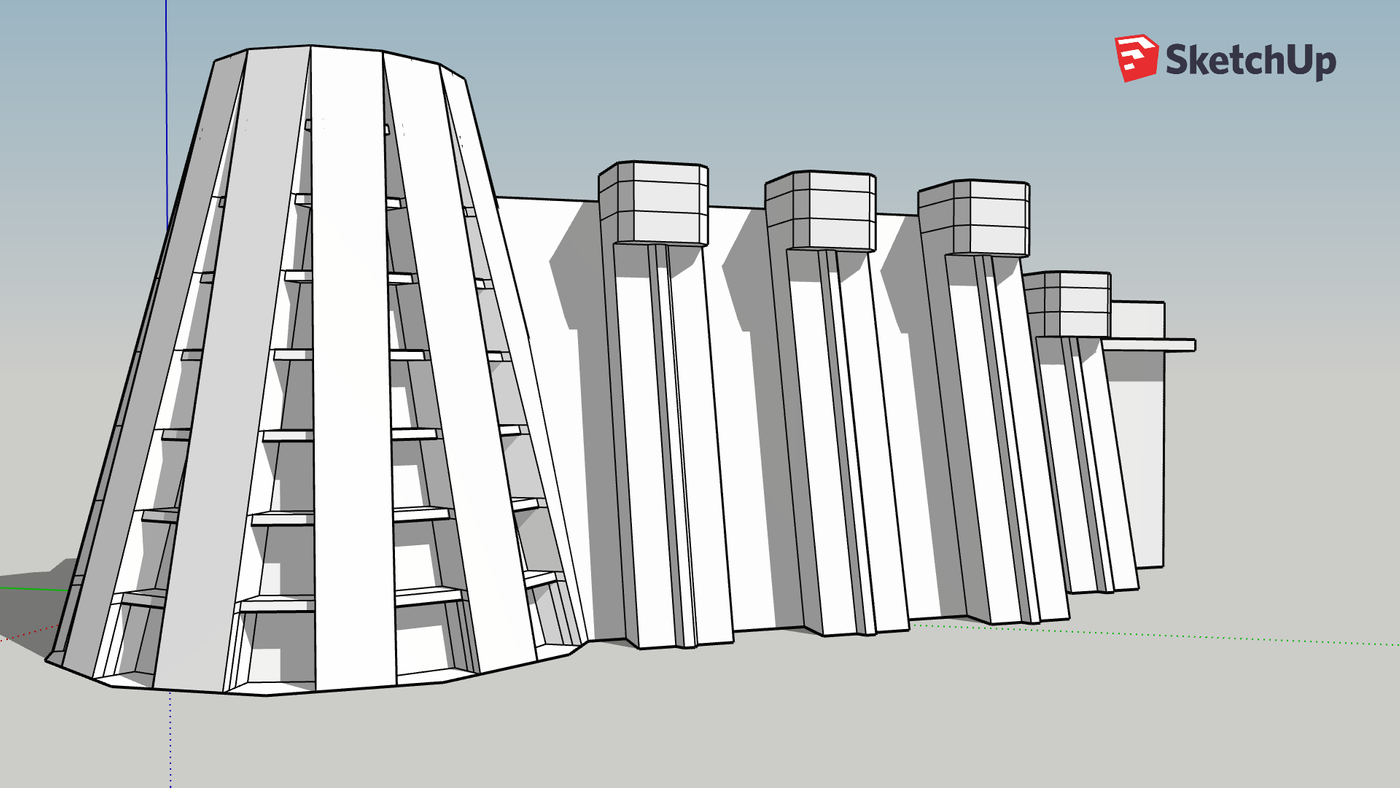 This is the second future environment I created. Pictured is a secret facility hidden away amongst the mountains where Skarpheiður’s allies from Earth 002 experiment with time travel. It’s hidden away because the antagonist from Earth 002 plans on using time travel to gain power during their time, and there are many who would seek to stop them. 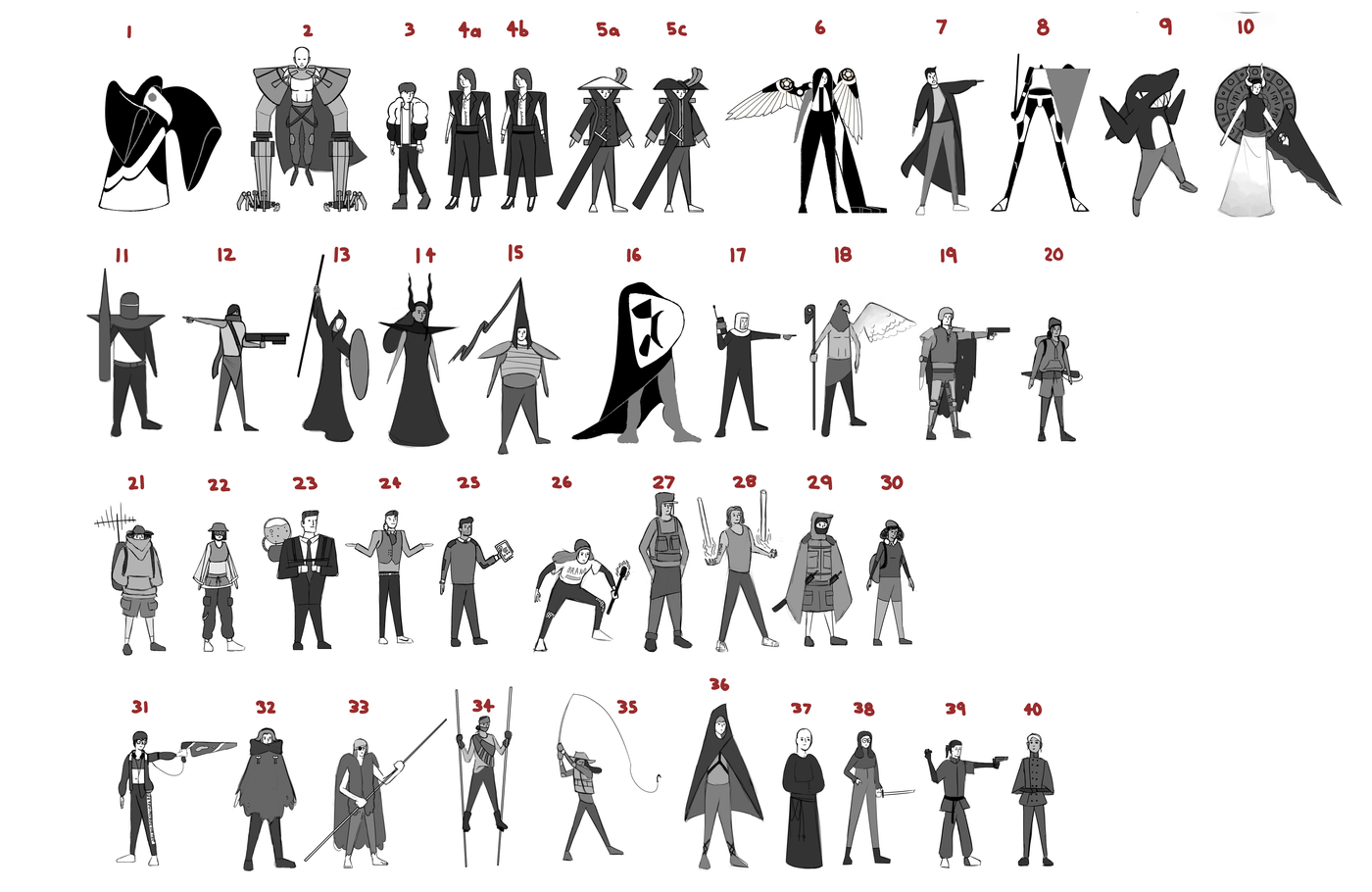 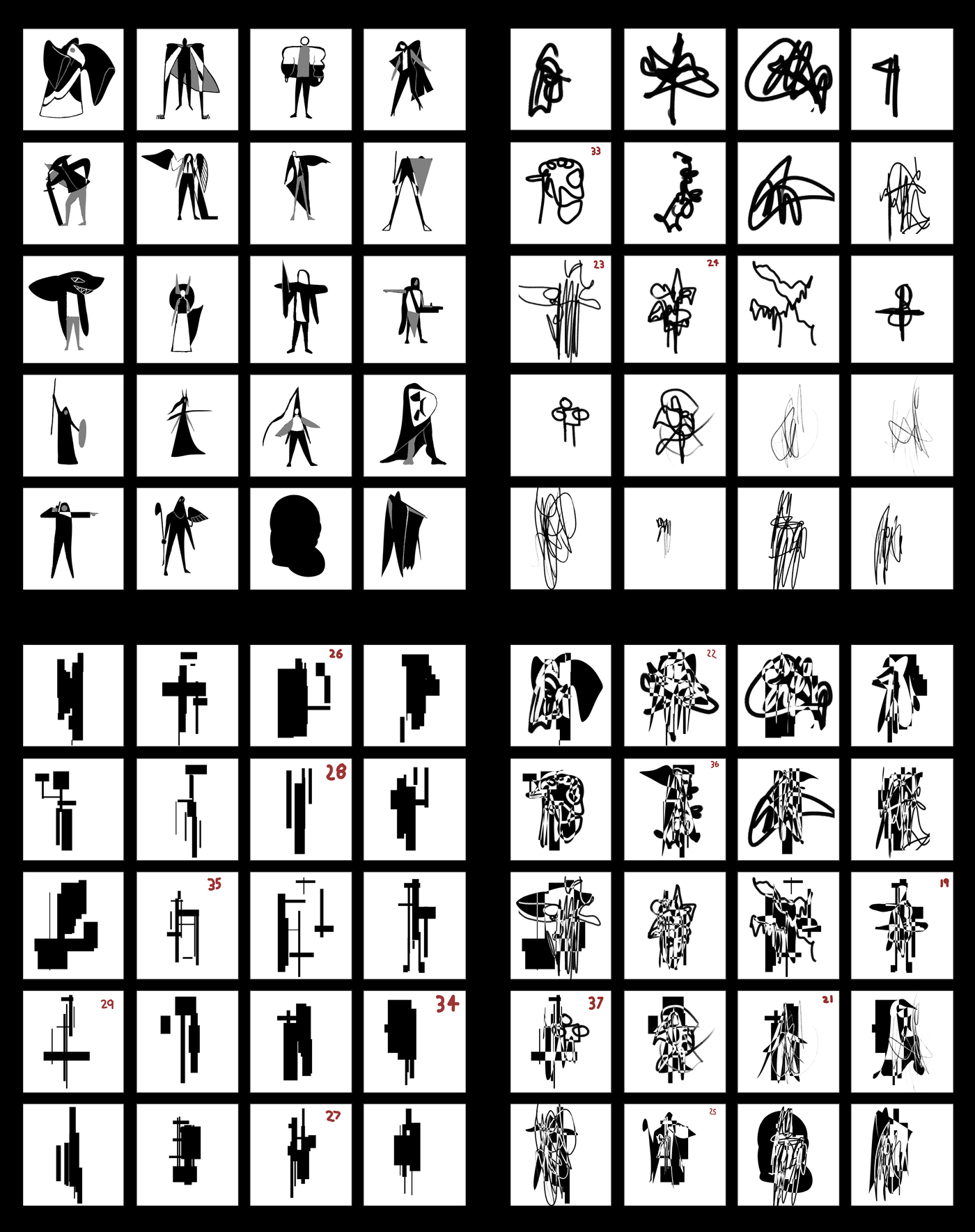 After finishing my 80 abstract silhouettes, I created 40 simple black and white characters based on them 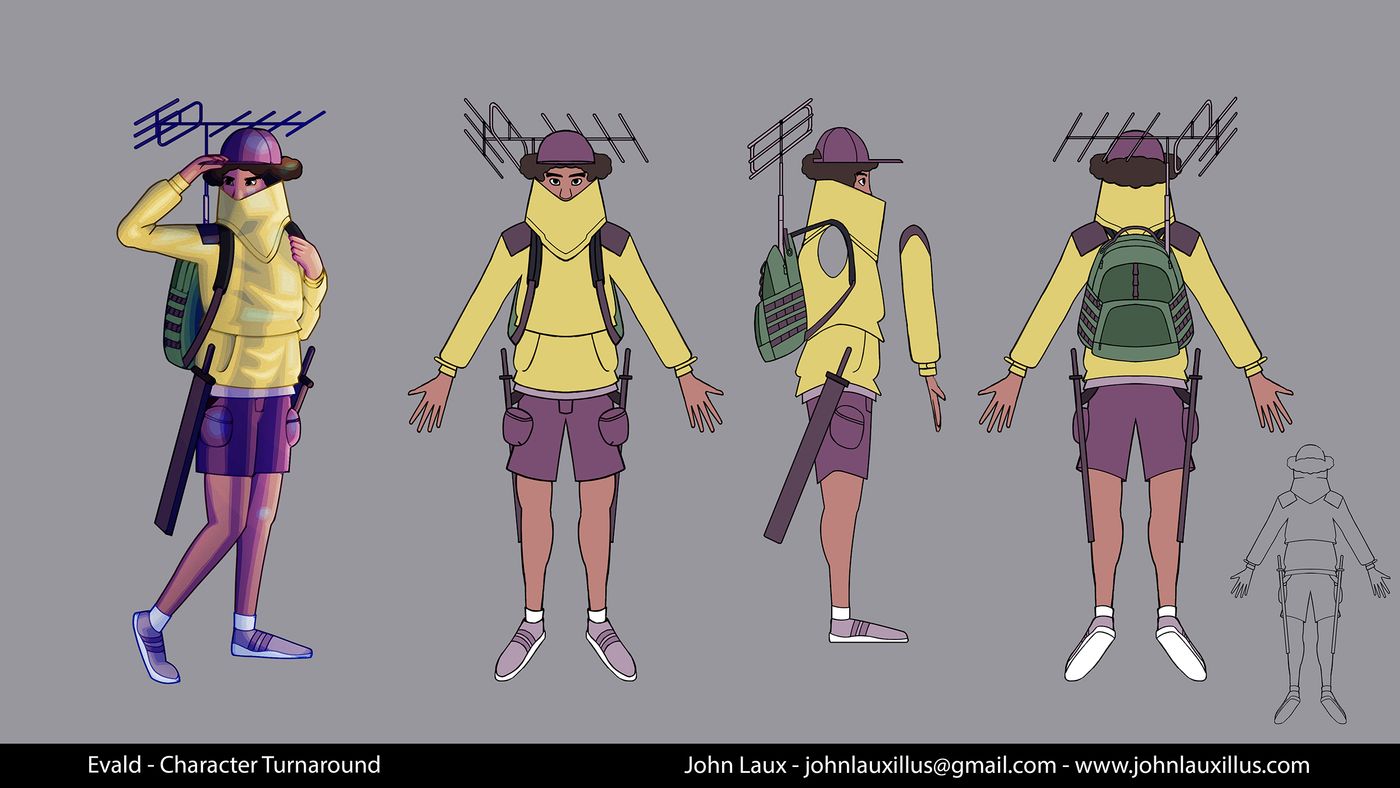 Evald was designed to be one of my protagonists from the past/Earth 001. His tribe was wiped out by the antagonists Skarpheiður and Landry Girard, but he managed to escape to the future/Earth 002 so that he could plan his revenge. In order to blend him in to future society, I decided to give him more futuristic looking clothing. I also gave him swords and a high-tech backpack so that he would be prepared for traveling and defending himself. 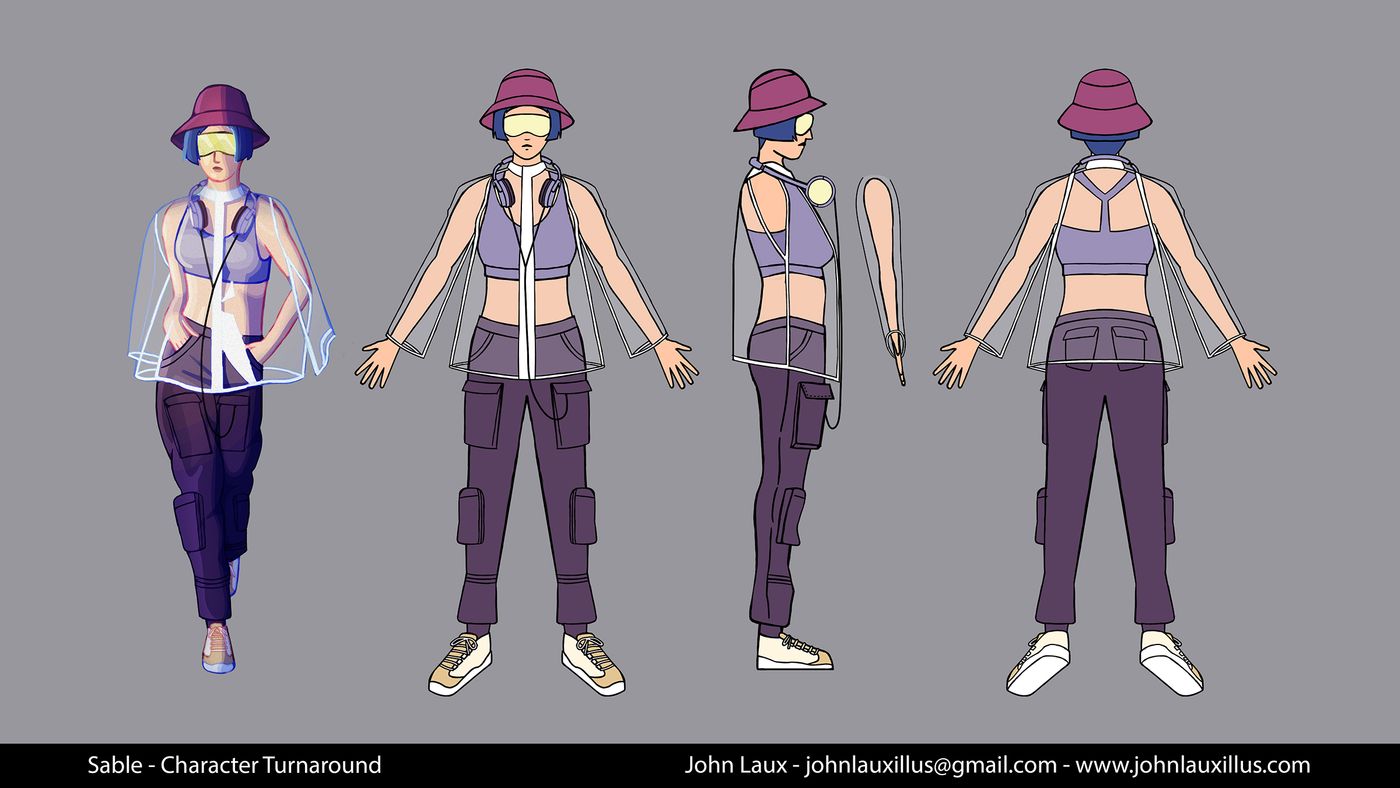 Sable was designed to be one of my protagonists from the future/Earth 002. Sable lives in a city that has been going downhill for several decades thanks to Lancorp, the company run by Landry Girard. Because of this she is more than happy to help Evald seek revenge on Skarpheiður once she learns of her connection with Landry. I wanted Sable to be a representation of fashion from the future, so I gave her clothing that is somewhat familiar, but not extremely common in the real world.