A collection of the game environment projects I worked on in the past year, hope you like them!

My personal bit of lore about this piece: "the Gods have been forgotten and only a few altars still remain intact. To keep the magical stones in place some loyal worshippers tied them with ropes, because even if they don't remember the rituals, or the name of the ancient divinities, they still deeply fear them. The magic that once served the humans has been building up power over the years and is ready to be unleashed again. The altars that have fallen belonged to the lesser deities that have been slaughtered by someone that wants to use the magic for himself, and who has a habit of leaving mythical axes around" 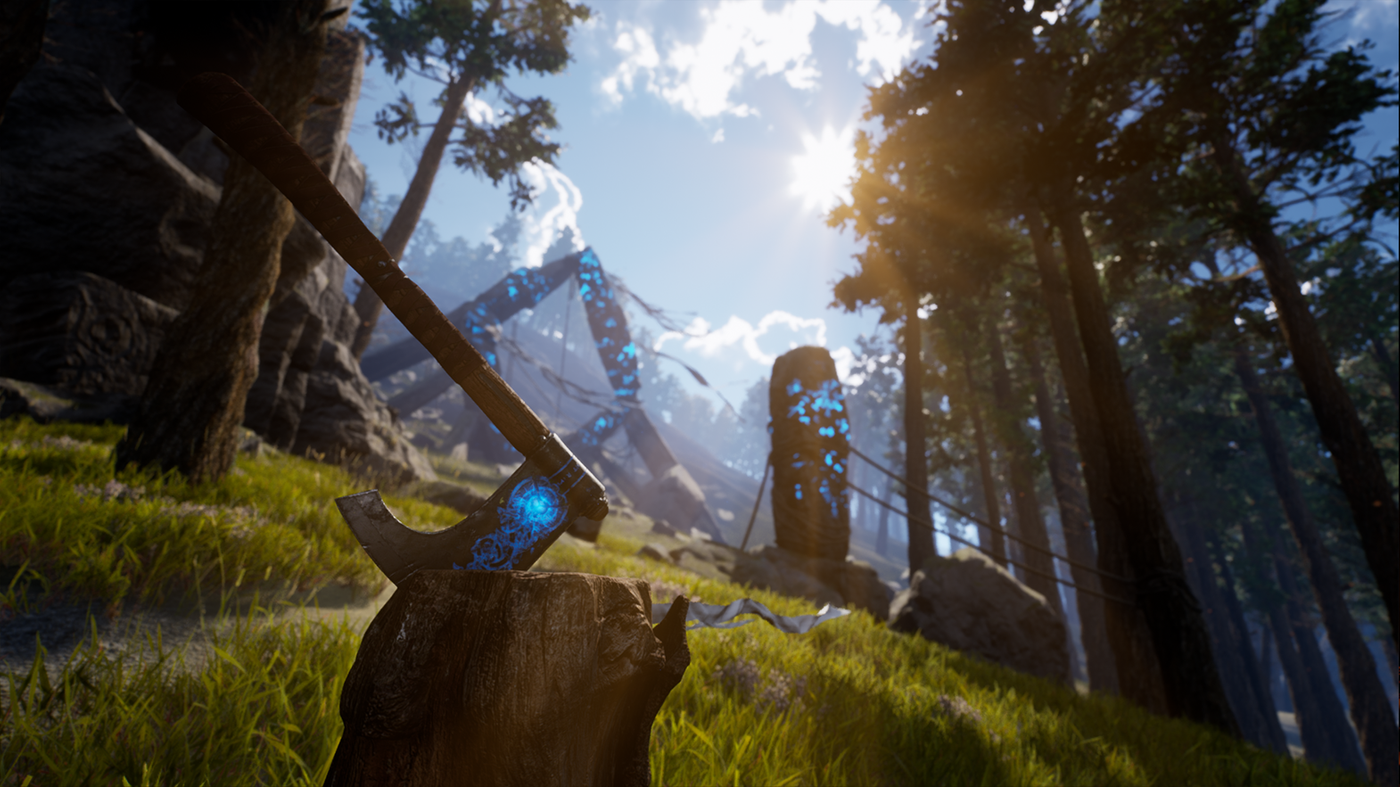 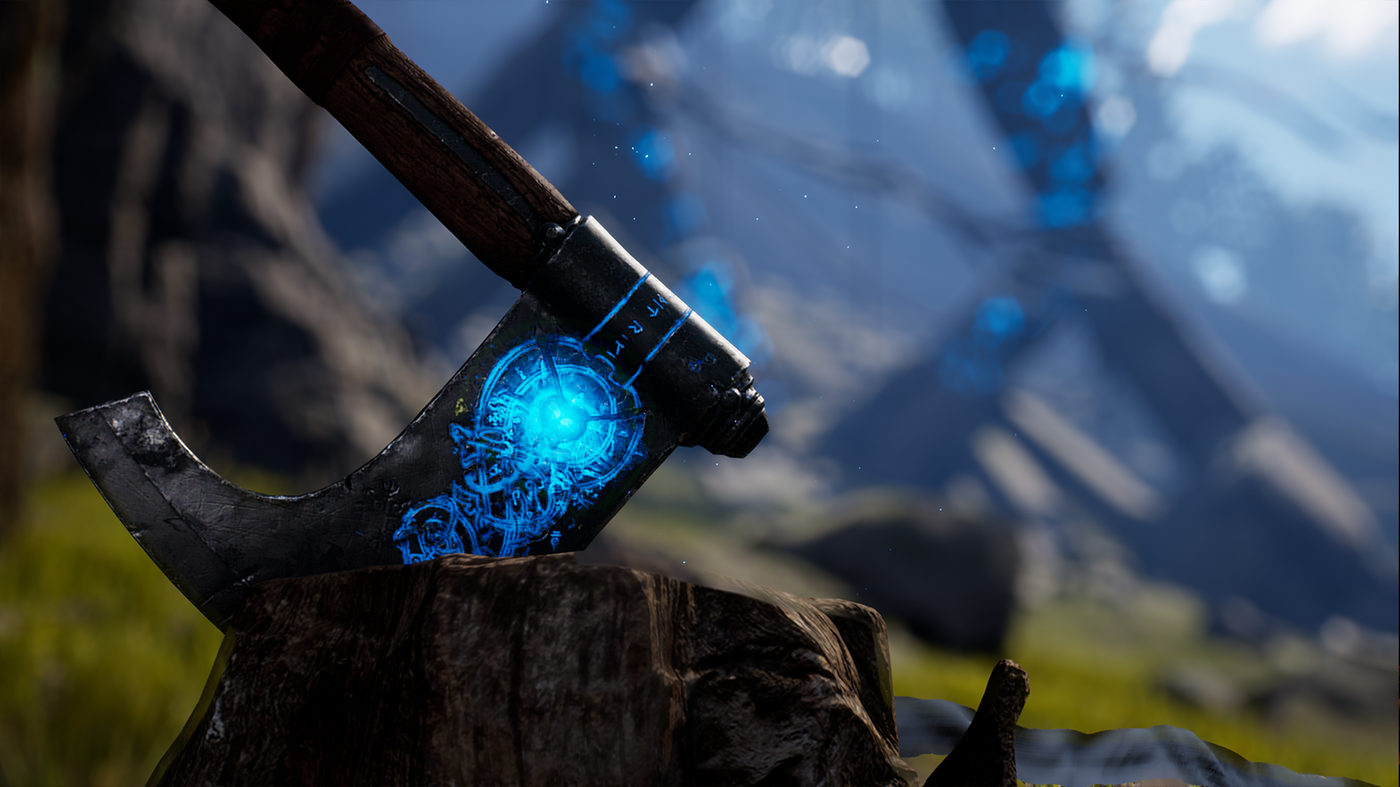 All the tileable materials were made in Substance Designer

My personal bit of lore:

The tomb has been built for a war hero whose name very few remember, only the descendants of the legionaries that fought alongside him (or her) still visit the place and pay respect with flowers and coins. The mausoleum's location is hidden since Christianity is still forbidden and the light that peeks through the windows might be moonlight, or from the sun, shining underwater. 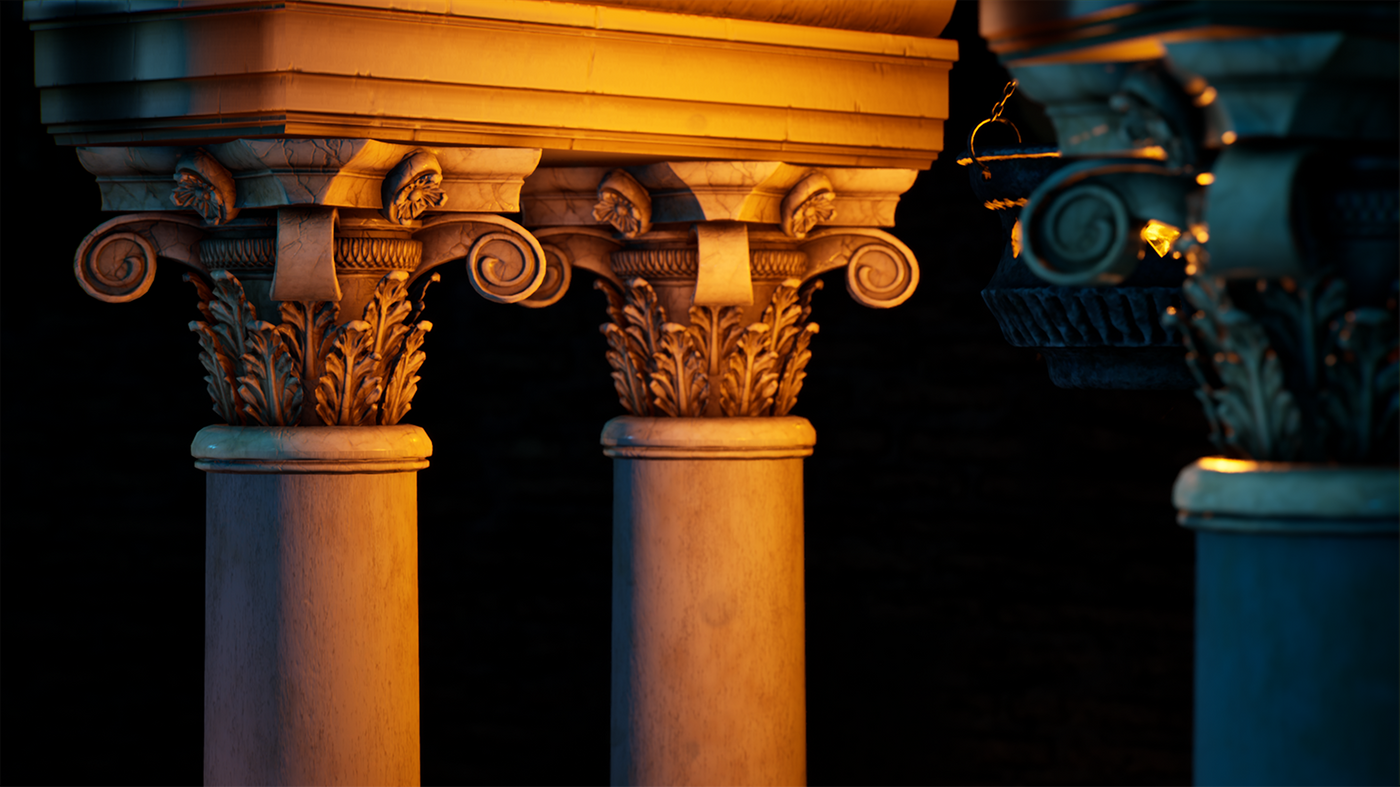 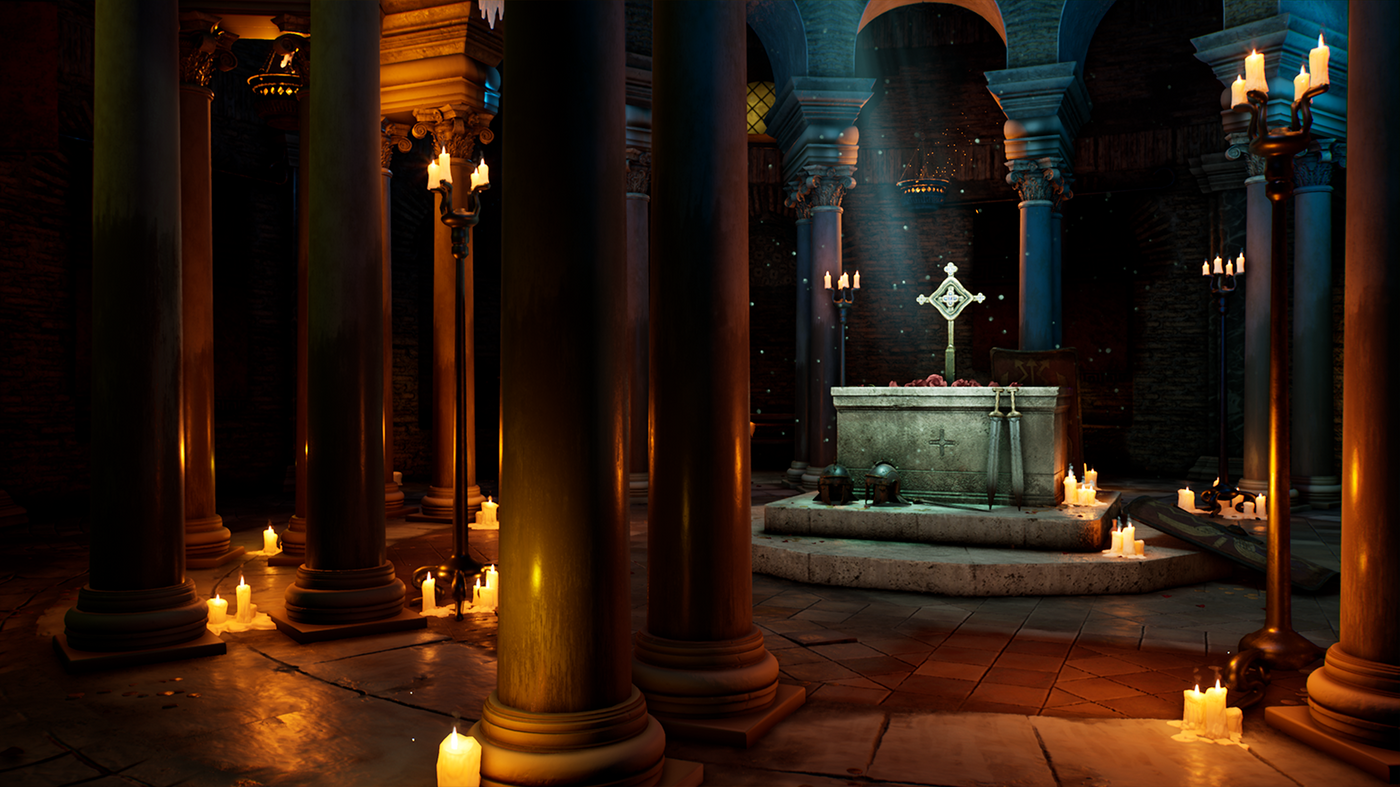 I had never tried to match a concept so closely for a whole environment and it has been a great experience, from the initial blockout, figuring out the scale of the scene and where to increase the detail density, to the finalization steps where I felt like diverging from the original idea and strived to rather represent the interpretation I had created in my mind that had evolved during the making of the different assets 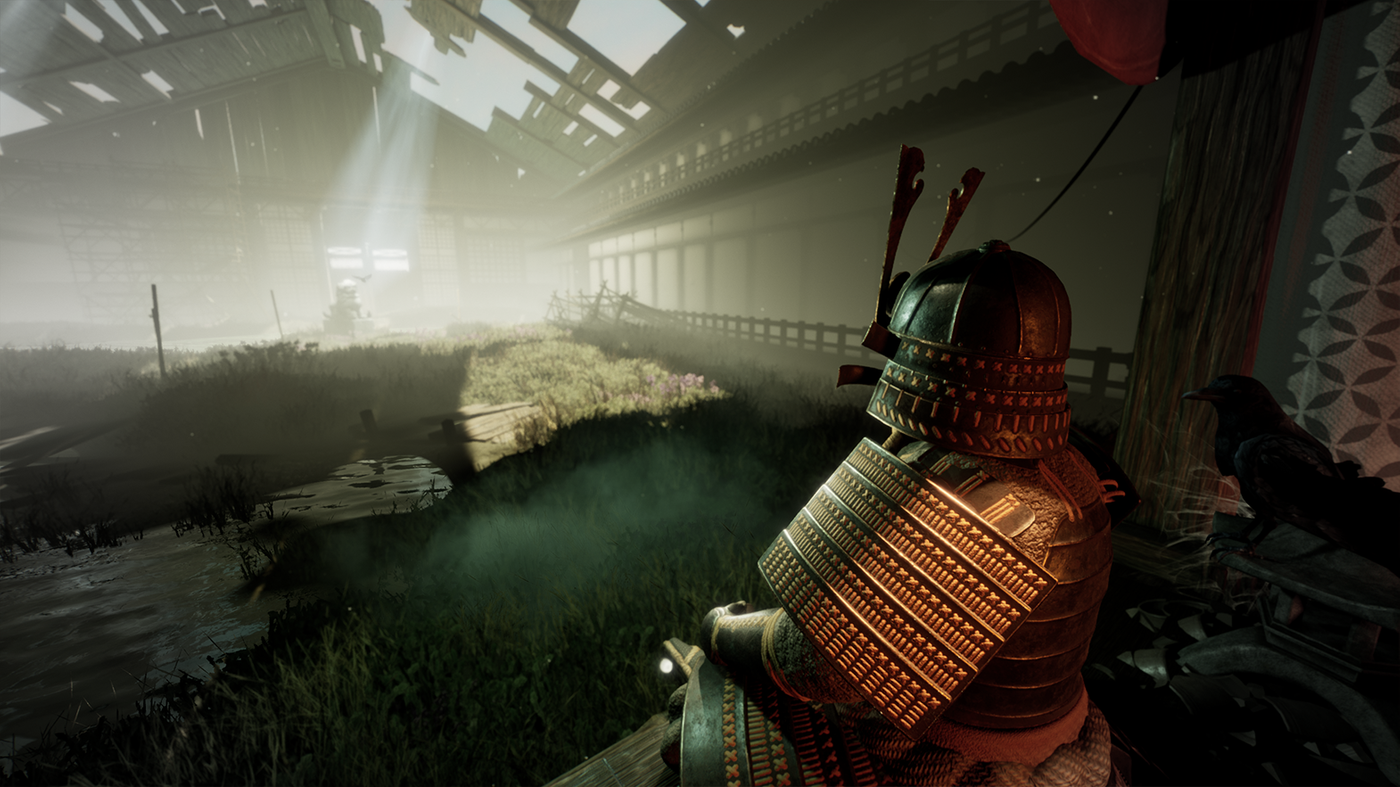 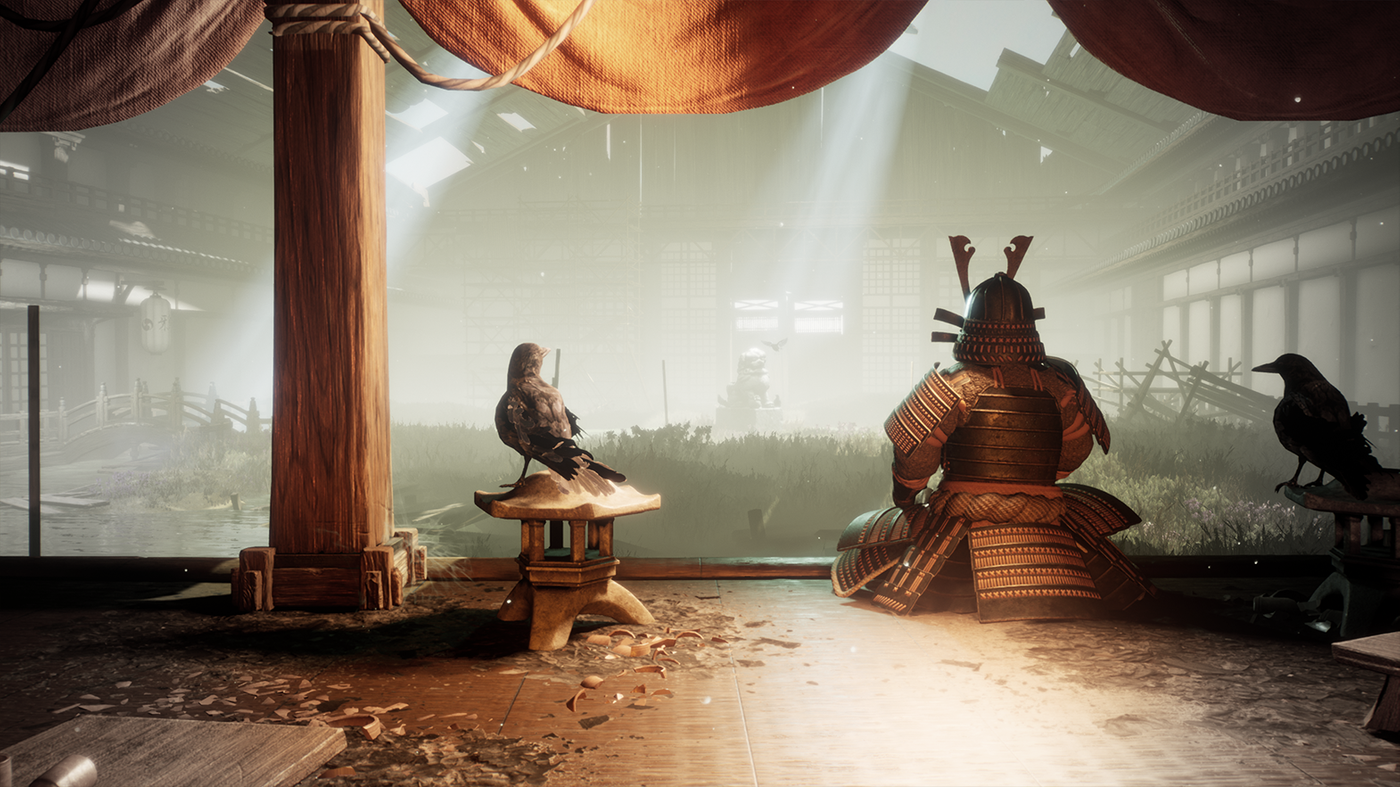