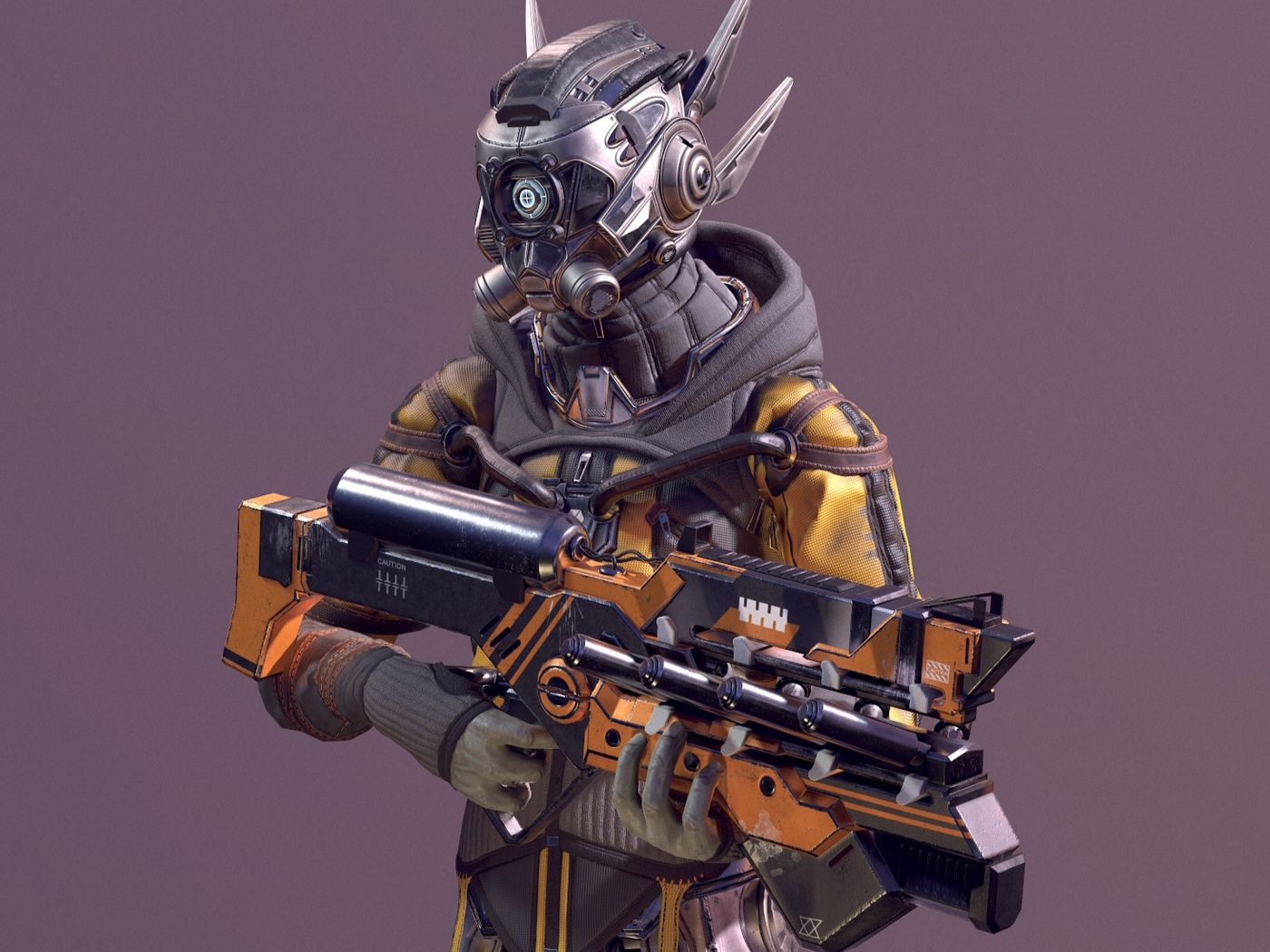 The Rewind Cyborg was part of one of my projects at The University of Hertfordshire. We received a brief from Rewind in St. Albans. Create a character that would run well in an Unreal Engine 4 scene on an HTC Vive. This character was made specifically for VR use

Read the Rookies Blog post about this project here: https://blog.therookies.co/2018/07/10/creating-a-character-in-unreal-engine-4-for-an-htc-vive/ 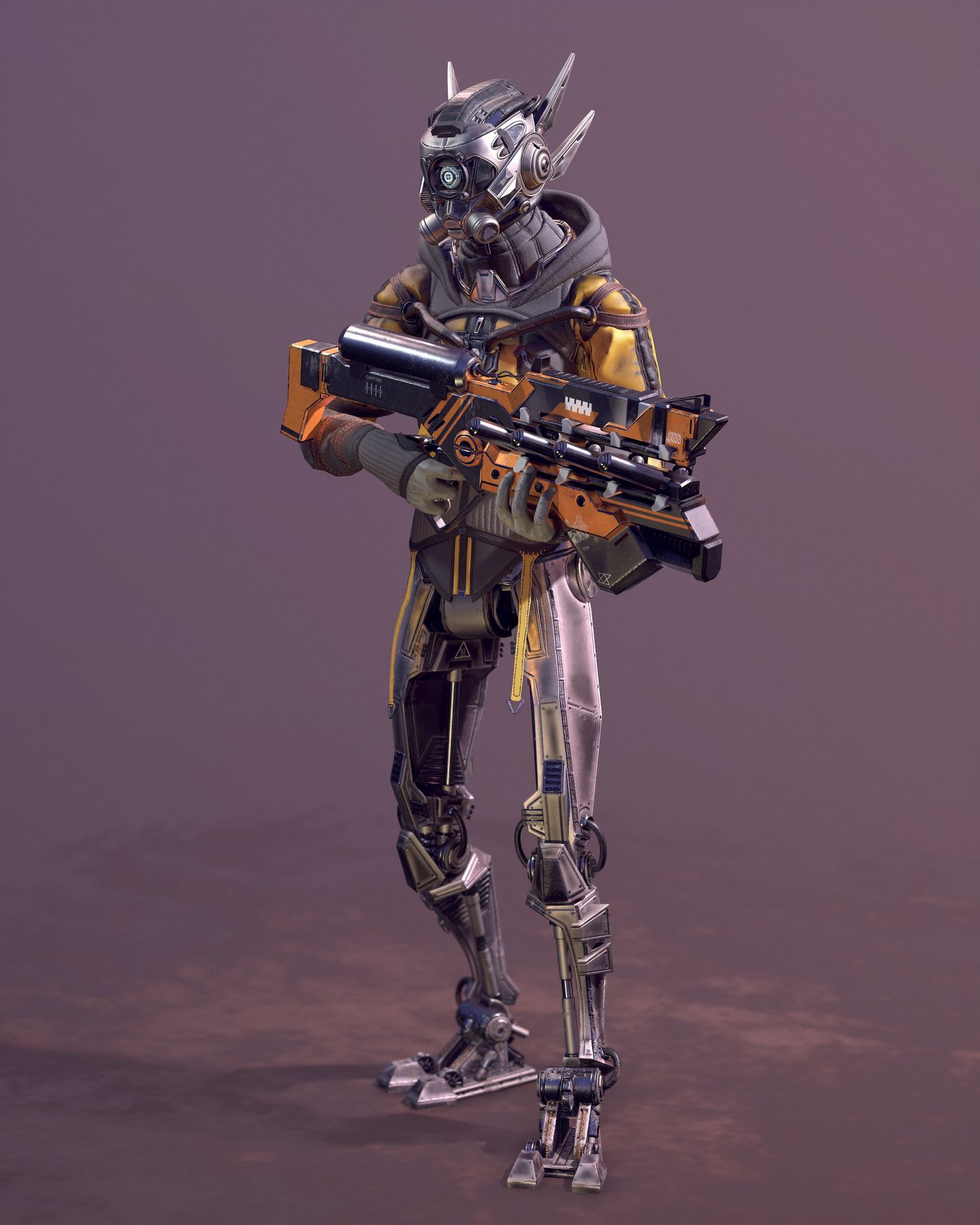 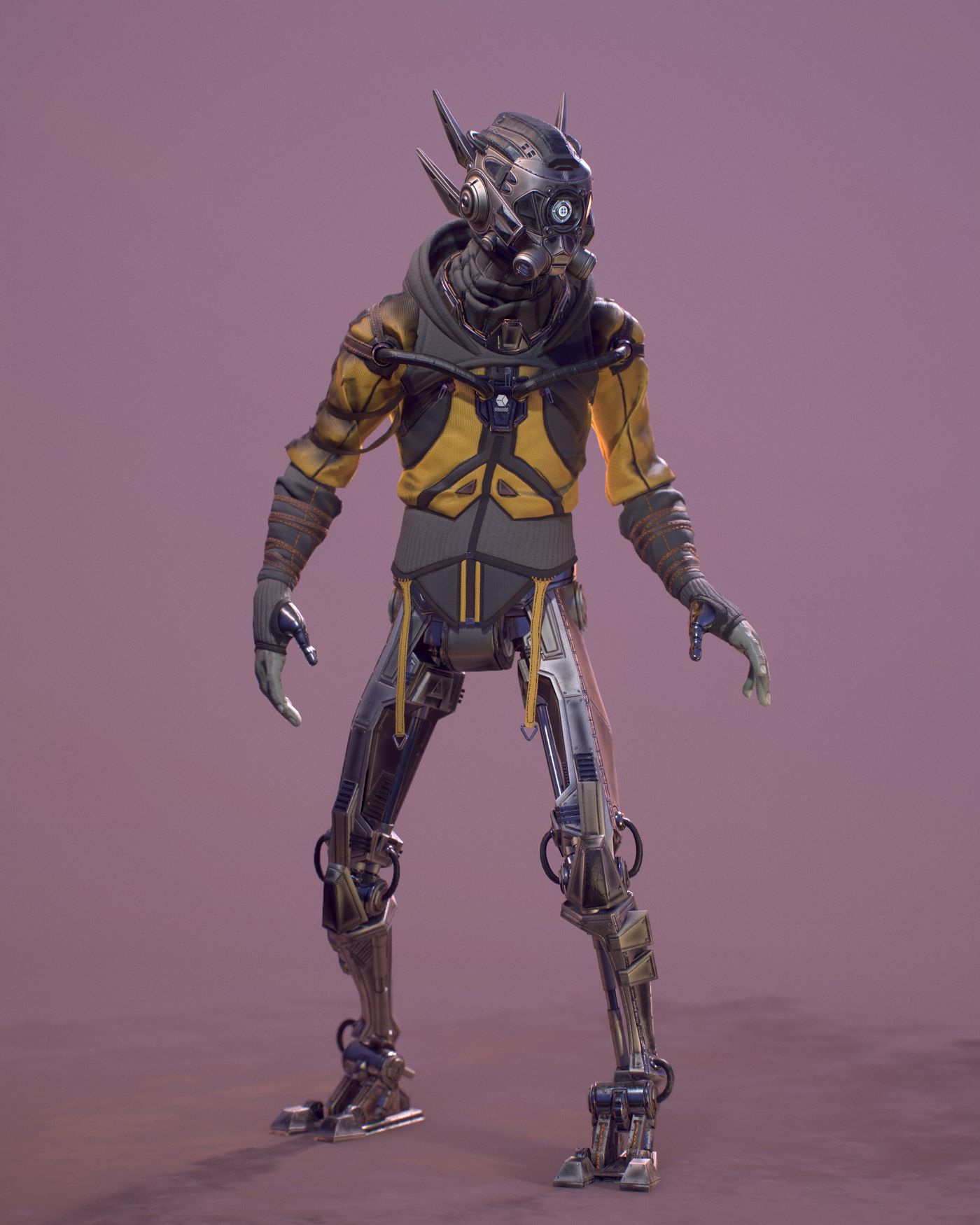 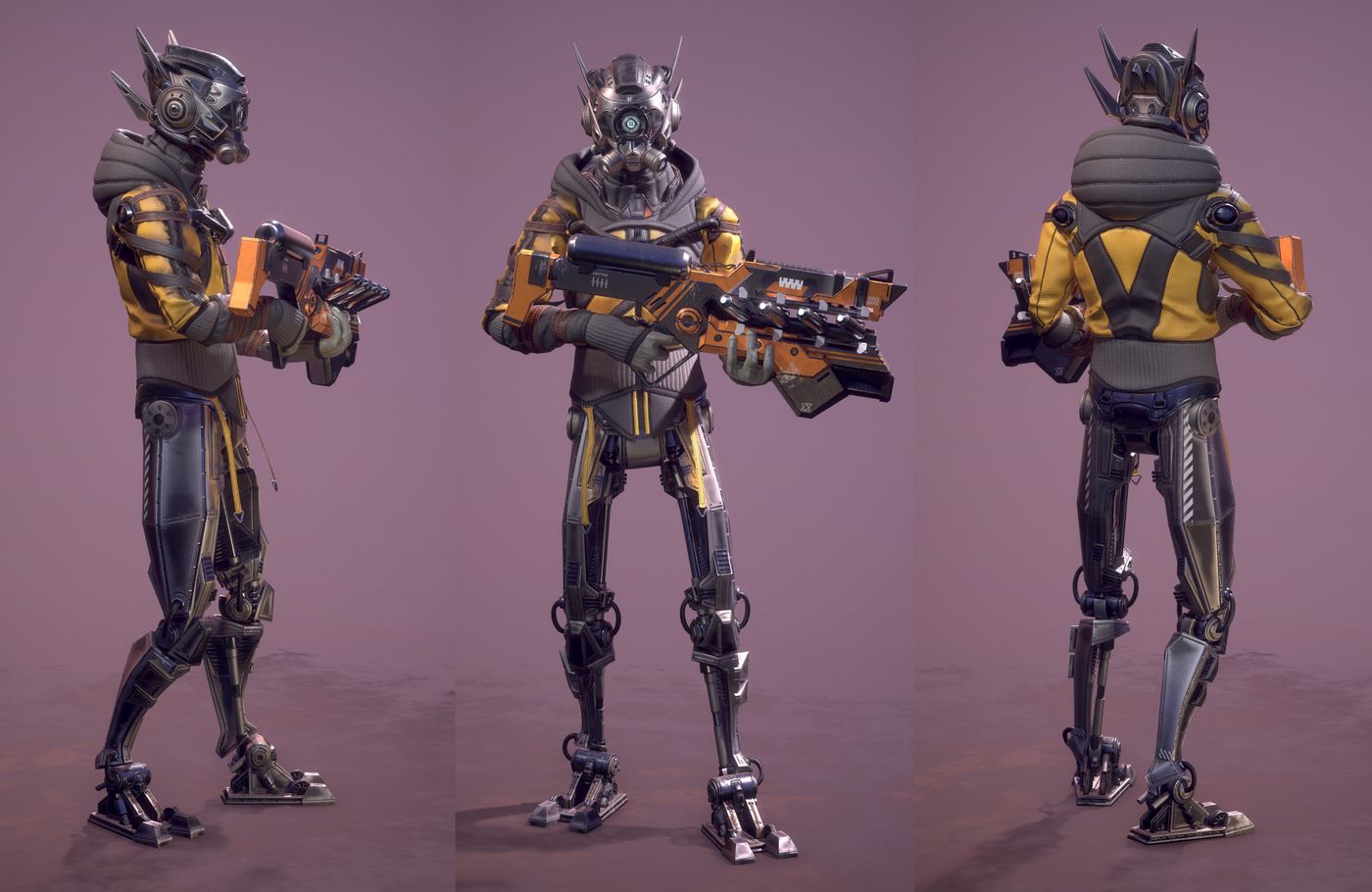 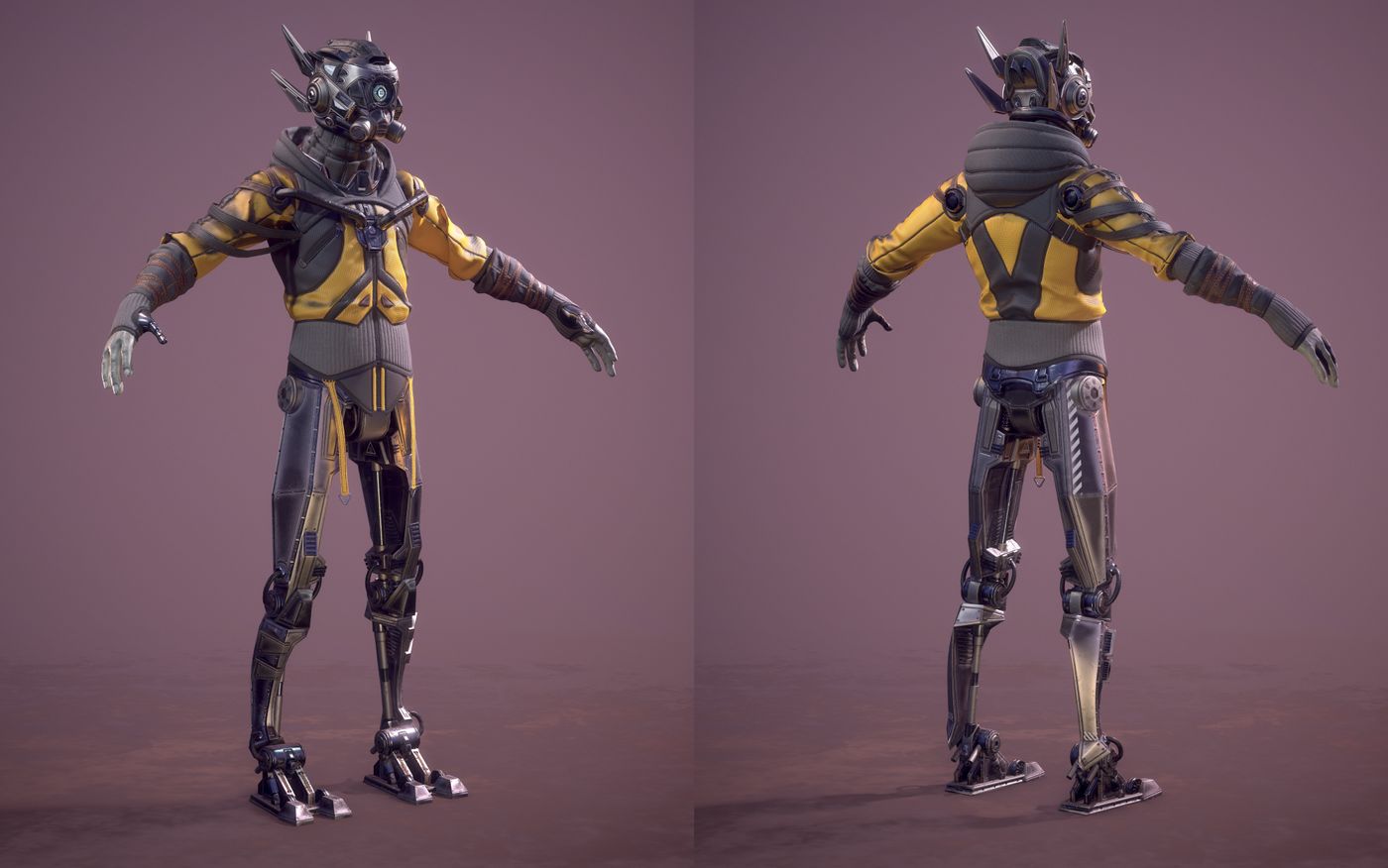 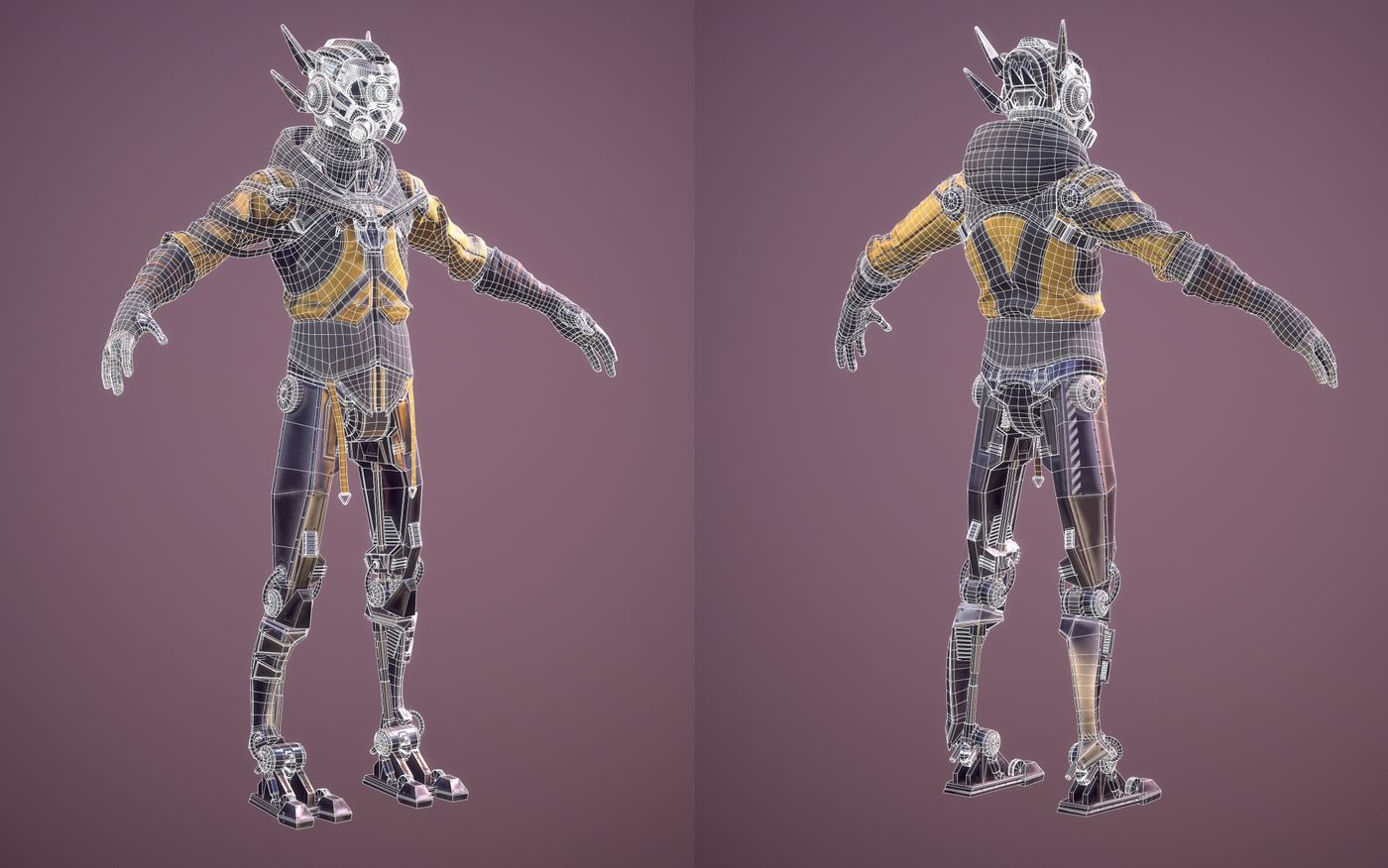 The low poly was mostly made by hand using Topogun. The brief mentioned that everything should run at 90 FPS. It is very important that VR runs at least 90 FPS or higher to prevent motion sickness. Another thing to keep in mind with VR and AR is that they break normal maps, billboards and a lot of particle effects. Normal maps can be used for small details. However, you can’t use them as a substitute for actual depth, because you will see the flatness. Also, since alpha shaders are kind of expensive I did not use any of those. Instead, I modeled everything, since triangles are less expensive than special shaders. This resulted in a model that has 70k triangles. Since I knew the distance that I would put the character in the game I focused most of the details on the face and put less geometry in the legs. This way I could keep the polycount rather low. 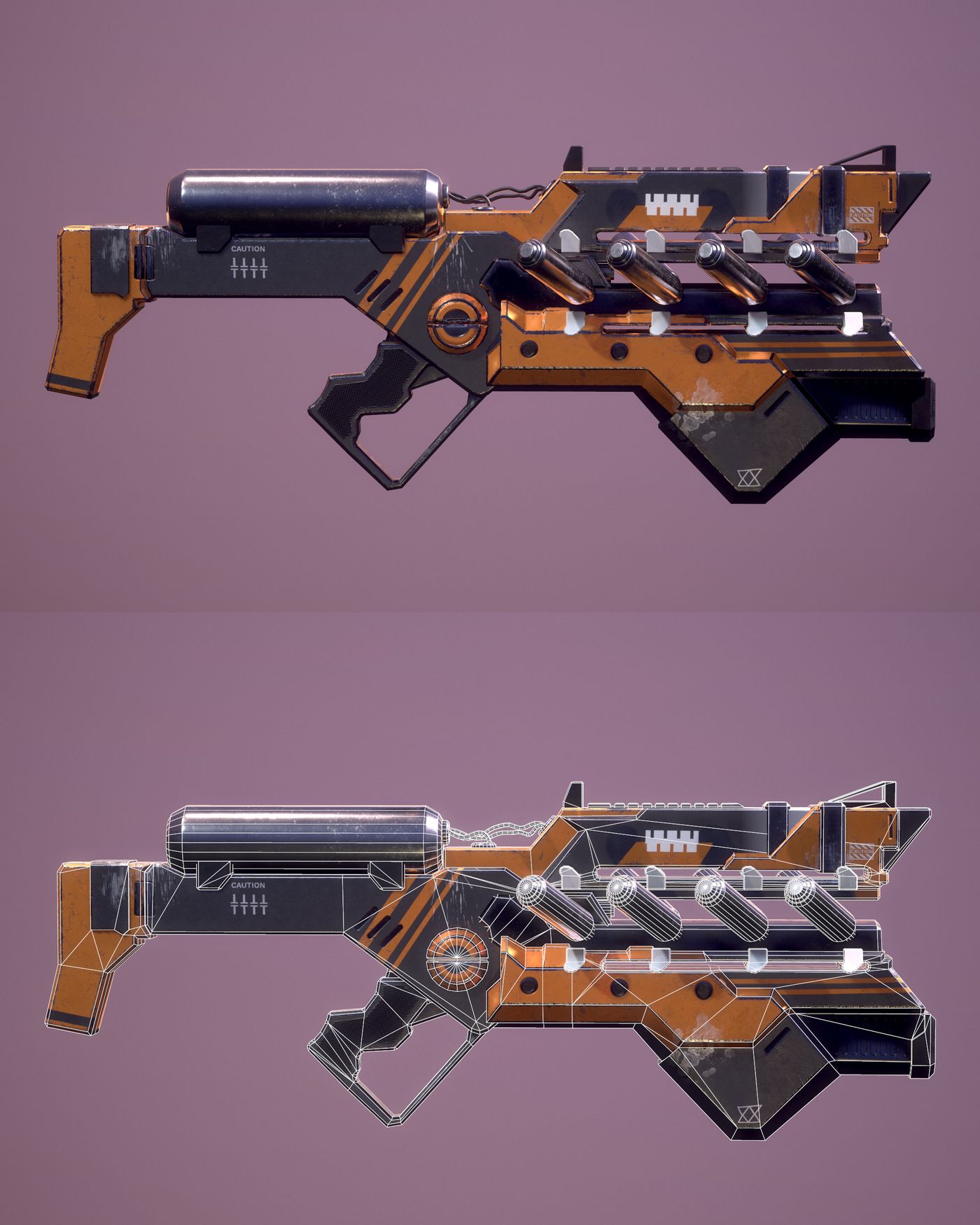 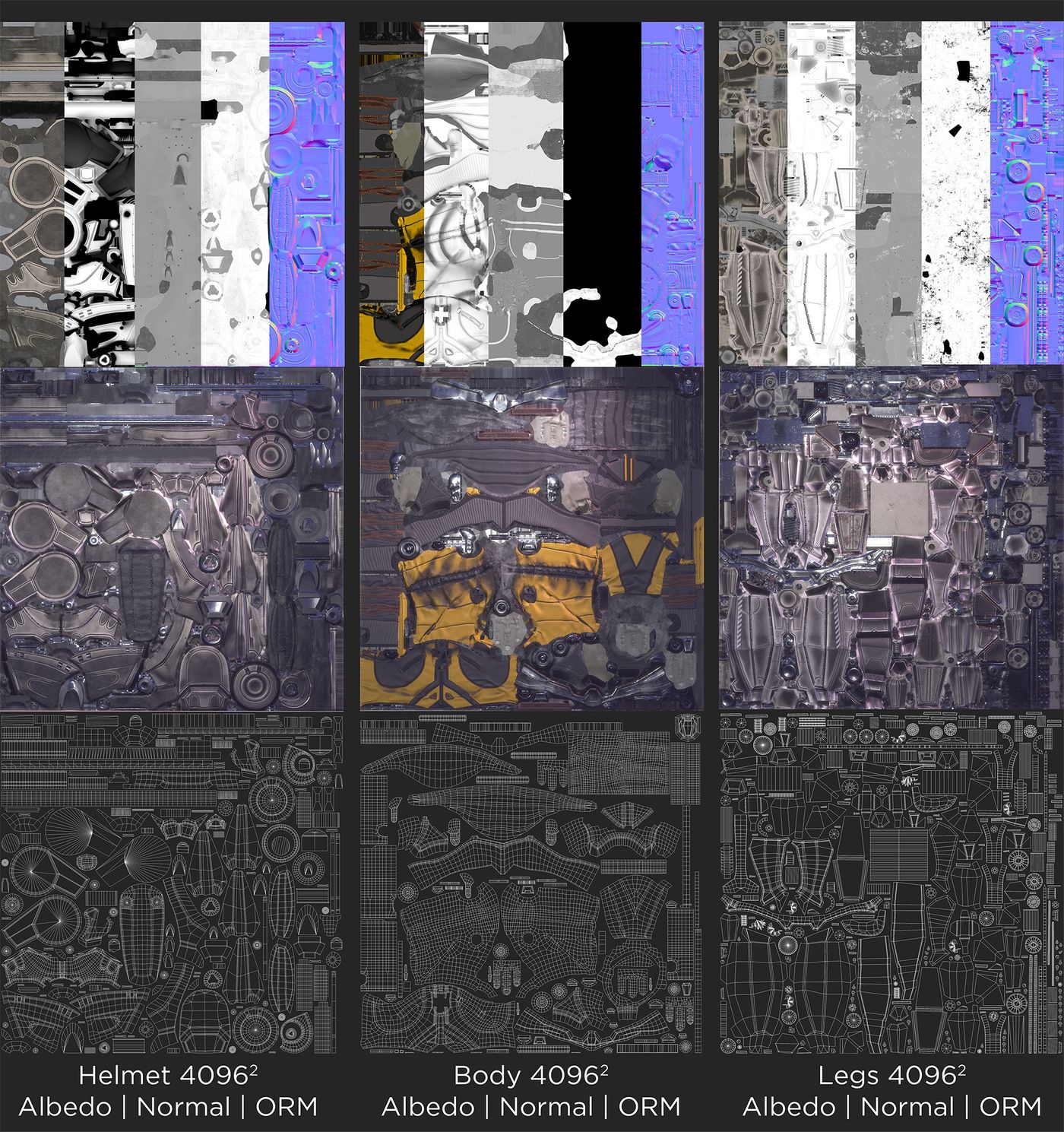