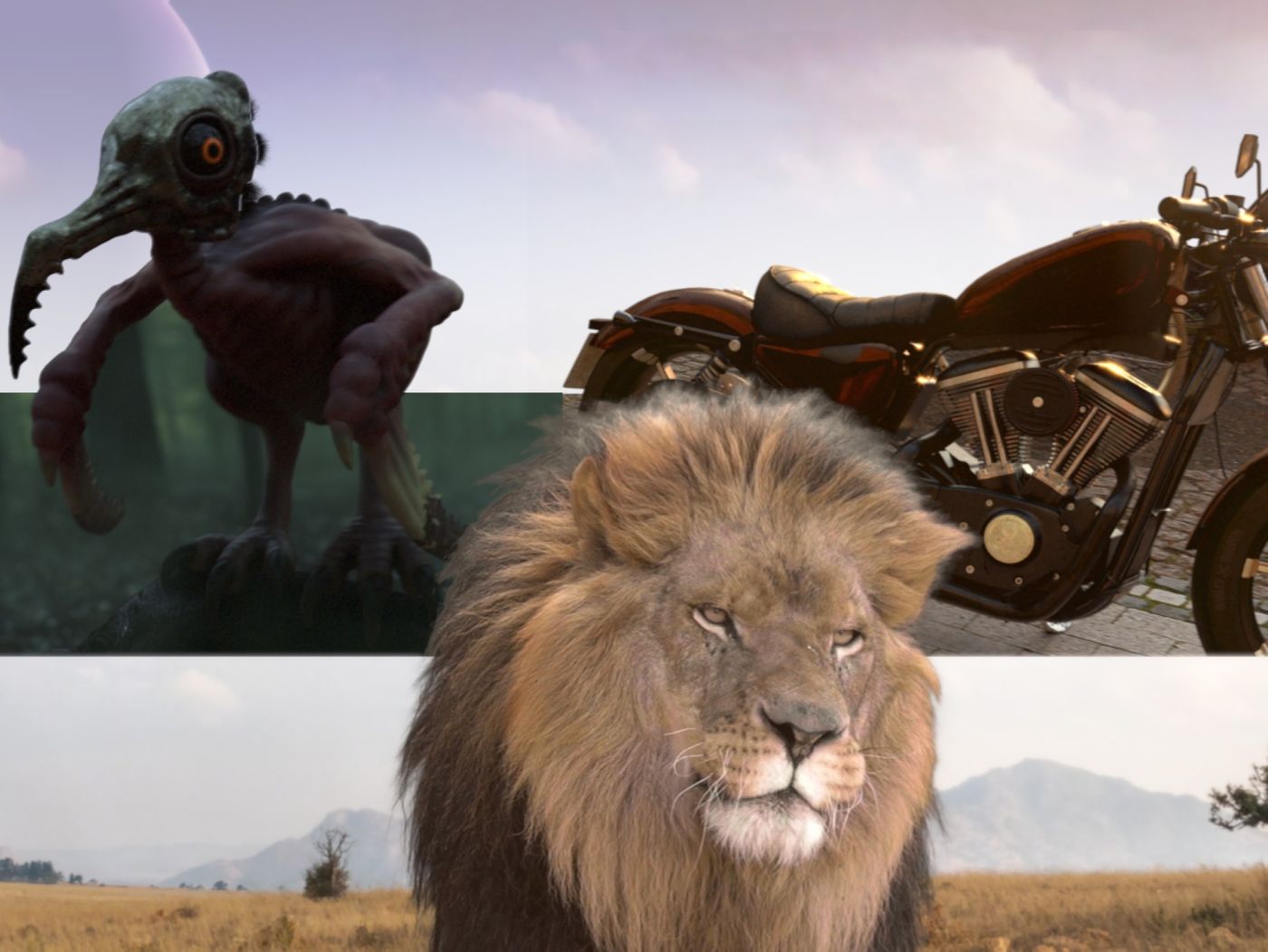 Hi! Welcome to my entry. My name is Mirco and I graduated from PIXL VISN | media arts academy in March. I studied 3D Animation & Visual effects for 15 months and focused on Compositing. Here you can learn about 3 Projects I worked on the past months.

First is this creepy bird, called the Ornivore based on a Concept by Panos Cheliotis

In this project I worked together with Miria Kutzner, who modeled, textured and rigged the creature. Franziska Niebuhr did the grooming and let those hairs look awesome and Joshua Schmidt animated the Ornivore jumping and walking on that tree. I was responsible for Lighting and Compositing of this Shot.

Miria wanted the final integration to look creepy and dark, so we decided to go to a forest to shoot the footage.

What I learned is, when shooting footage always capture as many versions as you can, even if you think you got a good shot already. There is nothing more frustrating than reviewing the footage and realizing there is always something wrong, so you have to go back and re-shoot.
That in mind we took dozens of videos at two different places we thought would fit the theme. I also took pictures for an environment map to help making the lighting as realistic as possible.

Reviewing the footage we found a shot we liked of the first location and settled for this one.
So with the Ornivore textured and rigged, we wanted so send him as soon as possible to be animated.
For animating you need to know where the bird would be, so I had to rebuild the tree the bird would later walk on.

I started with camera tracking the footage inside of nuke, which took a few tries but finna I got a good track.
Then I generated a point cloud of the tree and finally the geometry out of the pointcloud. I sent this geometry with a ground plate and the footage to Joshua so he could start animating.

While he animated I could focus on lighting the scene and therefore I had to create the environment map which you can view below.

With the HDRi environment and the geometry to catch the shadow ready and the animation done I could finally render the creature and start compositing.

My main focus is on Compositing so I was really looking forward to this part, even though I already worked in nuke for this project to create the reference geometry.

I really wanted to give me all the options to make the scene as creepy as it can get. For example I wanted to add fog over distance and some ground fog. To realize this in a realistic manner, I decided to rebuild the main trees of the footage to create my own depth channel.

Below you can see the geometry of the trees, the ground and the reference geo I created earlier.
(You can even click on the different trees to see how the depth of field changes when focusing on different objects, which will be relevant later)
Below the 3D viewer you can see the pointcloud I used to create the depth of a few branches, that were lying on the ground and the final depth channel.

With the depth channel created I could really use all my creativity to create that creepy look.
The next step in my comp was the initial grading and thanks to the depth I could even grade the back different than the front to create that foggy environment.
Because the bird starts behind the tree I made two rotos which allowed me to place 2D plates of fog in between the trees to really sell the look.
I also made the depth of field more prominent, because I darkened the scene a lot and to shoot in those lighting conditions you would have to have a higher aperture, which means more depth of field.

Then it was time to bring the creature in and match it with the footage.
Thanks to the environment map the Ornivore fitted already very good with the original footage, so I just had to do copy the grading of the environment and do some minor adjustments with the help of the multichannel exrs.
The biggest challenges were to really get the shadow to look realistic, finding the right amount of motionblur, making the metal helmet look just right and matching the grain.

With the creepy bird fitting in the scene perfectly it was time to add some vignetting and the final grading.
To finish things off I added chromatic aberration and due to the darker conditions I also added a little bit more grain.

I definitely learned a lot during this project. From time management to organizing as a team and a lot of experience in nuke.
I am really happy how everything turned out and I fell in love with this little creepy chicken.

In this project I worked together with Nicole Ringdorfer, who modeled and textured the motorcycle.

This was probably the most exhausting project I worked on. I encountered many problems and it was a journey bring this project from start to finish.

This time we already knew, where we were gonna shoot the video for the integration: The bike and motorbike "parking lot" in front of our school. It was really hard to find the right time for us to shoot, because we wanted to be shadow on the ground and during that time we had an half an hour window.

We went down one time before but the sun was already behind some buildings and our place totally in shade. The next time we managed to be there when the sun was in the right spot. So we laid down some tracking markers and took a few videos and the pictures for the environment map.

The first step in lighting was again to create the HDRi environment map, which you can view below.

This time I didn't have to wait for anything because the motorcycle was already textured and I could straight to lighting.
In addition to the environment light I also placed a directional light to help with the sharp shadows and highlights.

When I was done with rendering I started compositing.
This time it was a lot harder to match the motorcycle to the plate, because all of the metal parts.
I started with grading the different channels of the exrs and ended up grading different parts with the help of cryptomatte to match the different materials to the background.

A really hard part was also the lensflare and the lightleak that was in the footage. I knew we couldnt go back and re-shoot, the lighting conditions wouldn't change because of the tight time window the had.
I was finally was able to extract the lensflares and match the lightleak after what felt like months of trying.

The textures of the model looked to perfect, so I added a few scratches and imperfections into the texture using the 3D space of nuke, importing the model, giving it a imperfections texture and integrating that into the multichannel setup of the motorcycle.


This project taught me to be patient and think around the corner, but overall I'm happy with the result.

In my last project I wanted to showcase my keying as that is one of the main tasks a Compositing Artists has.

I wanted this to choose a difficult shot with fine hair detail so I can really show what I can do, but I did not want this to be a normal "person in front of green screen" shot. When I found this shot of a lion I knew that's what I wanted.

A huge problem I encounter when I do personal projects is that it's hard to find the right footage for the shot.
So naturally that's what was the case this time. After days of searching for the right scenery I found a cool picture of wide grasslands with a few animals on it.

It surely wasn't perfect but I liked the scenery and was cofident I could make it work. So I began on making a picture look like a video.

First I removed the animals in the picture, because it will look fake if they don't move. I also removed the clouds because when I subtract the original picture from the edited I could plus that onto my comp to make the clouds move.

I definitely wanted to add something special to the shot, so I decided to use the 3D Space of nuke and create a planet with the textures of NASA.
I lit the textured planet inside of nuke and matched it to the background plate so I looks really subtle and realistic. Then I added the clouds on top and animated them to have a subtle movement that looked natural.

Next I wanted the grass to move so I animated a noise pattern inside of Nuke and used the iDistort node to distort the grass, to make it look like its moving in the wind. 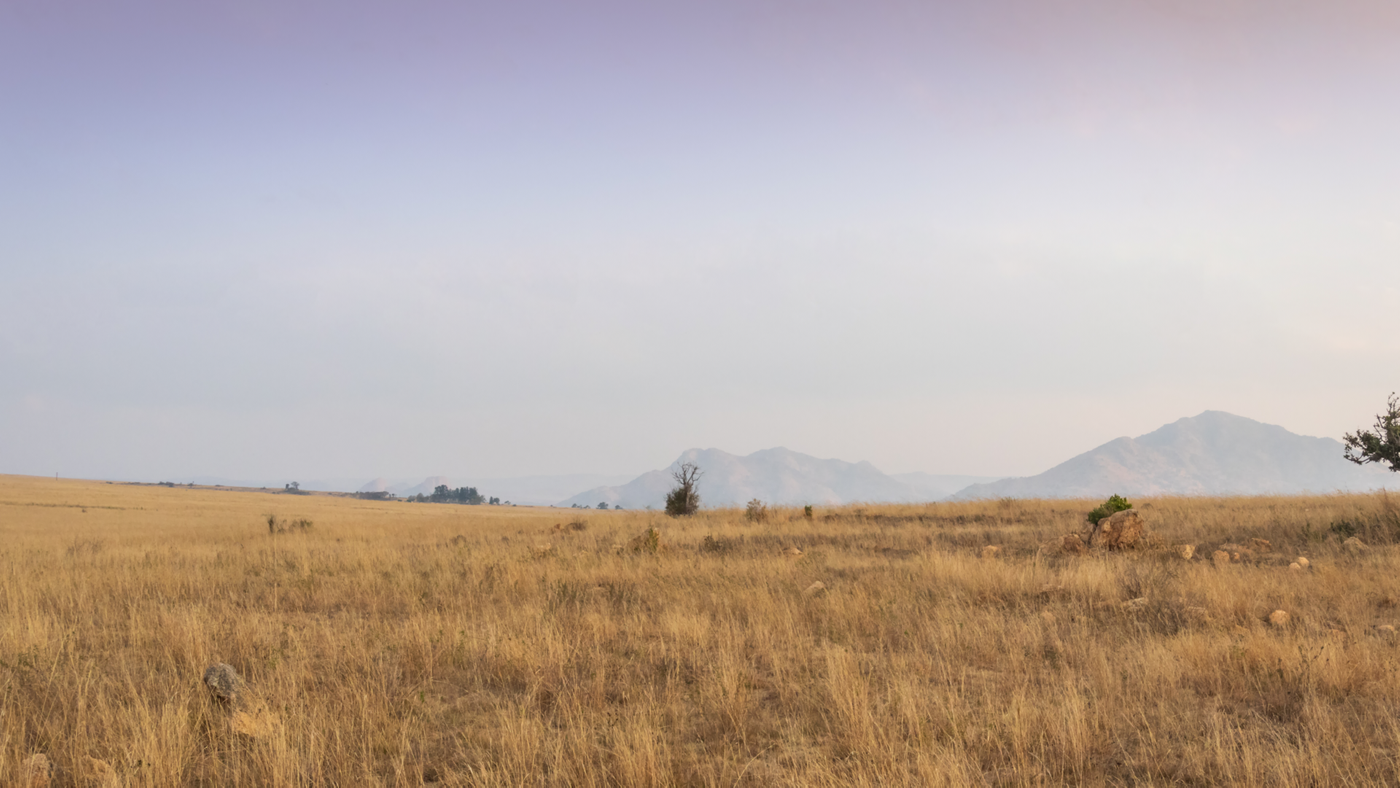 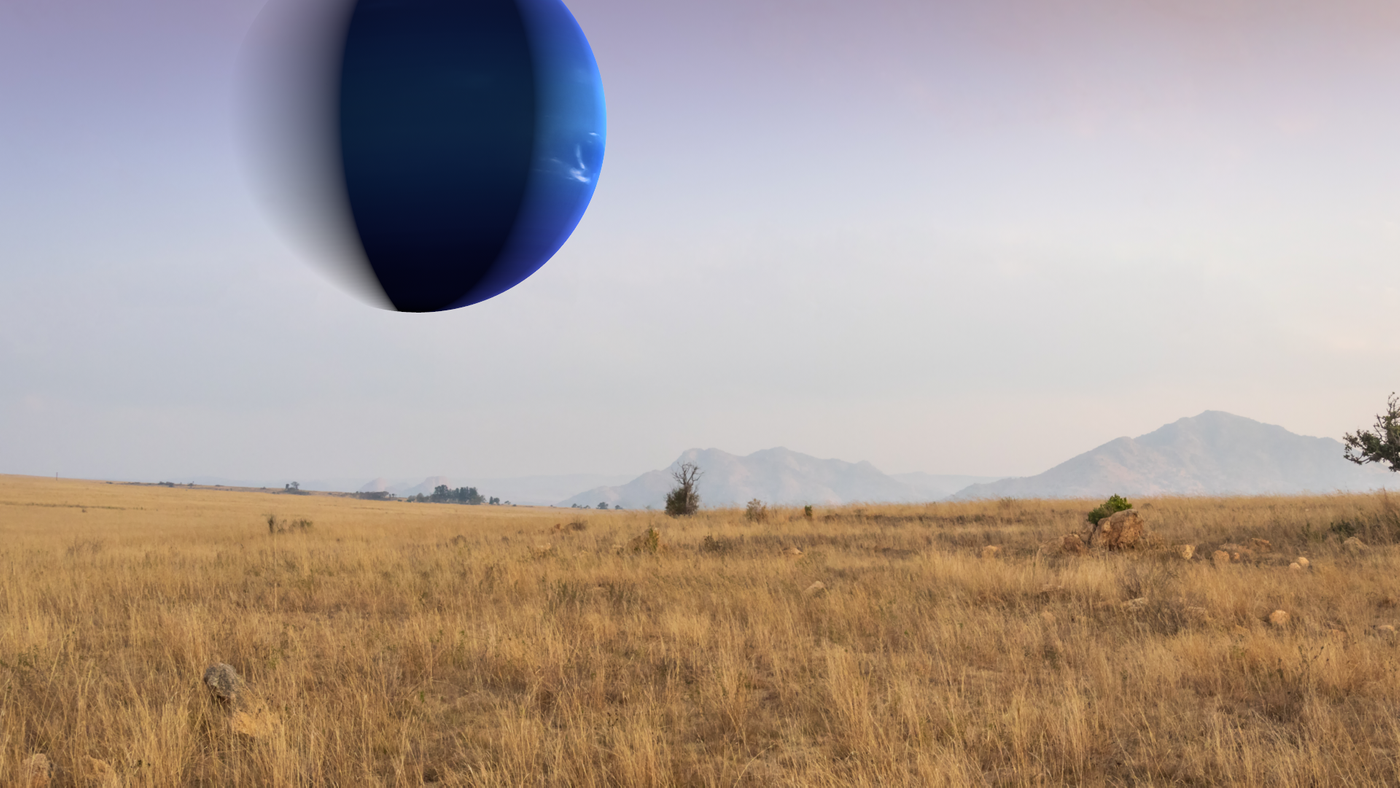 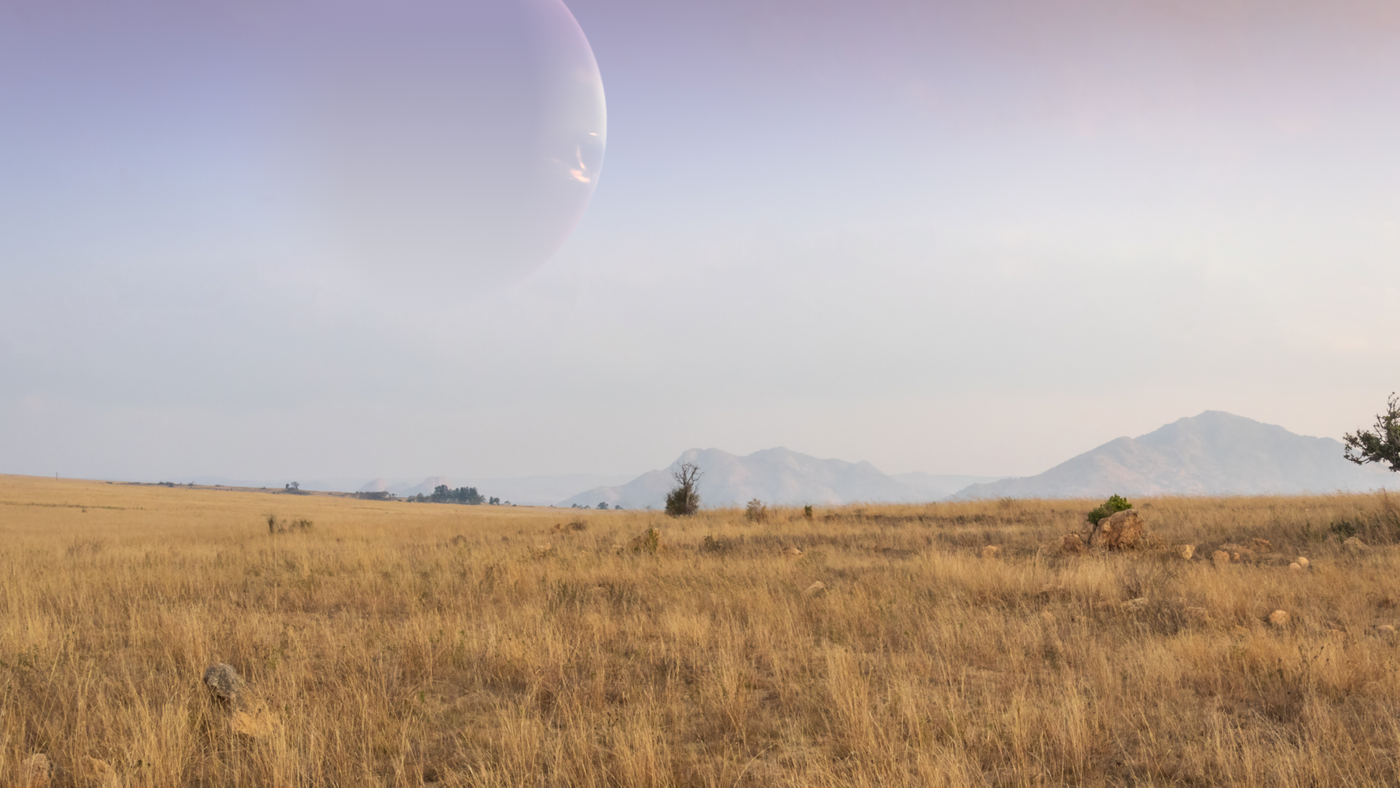 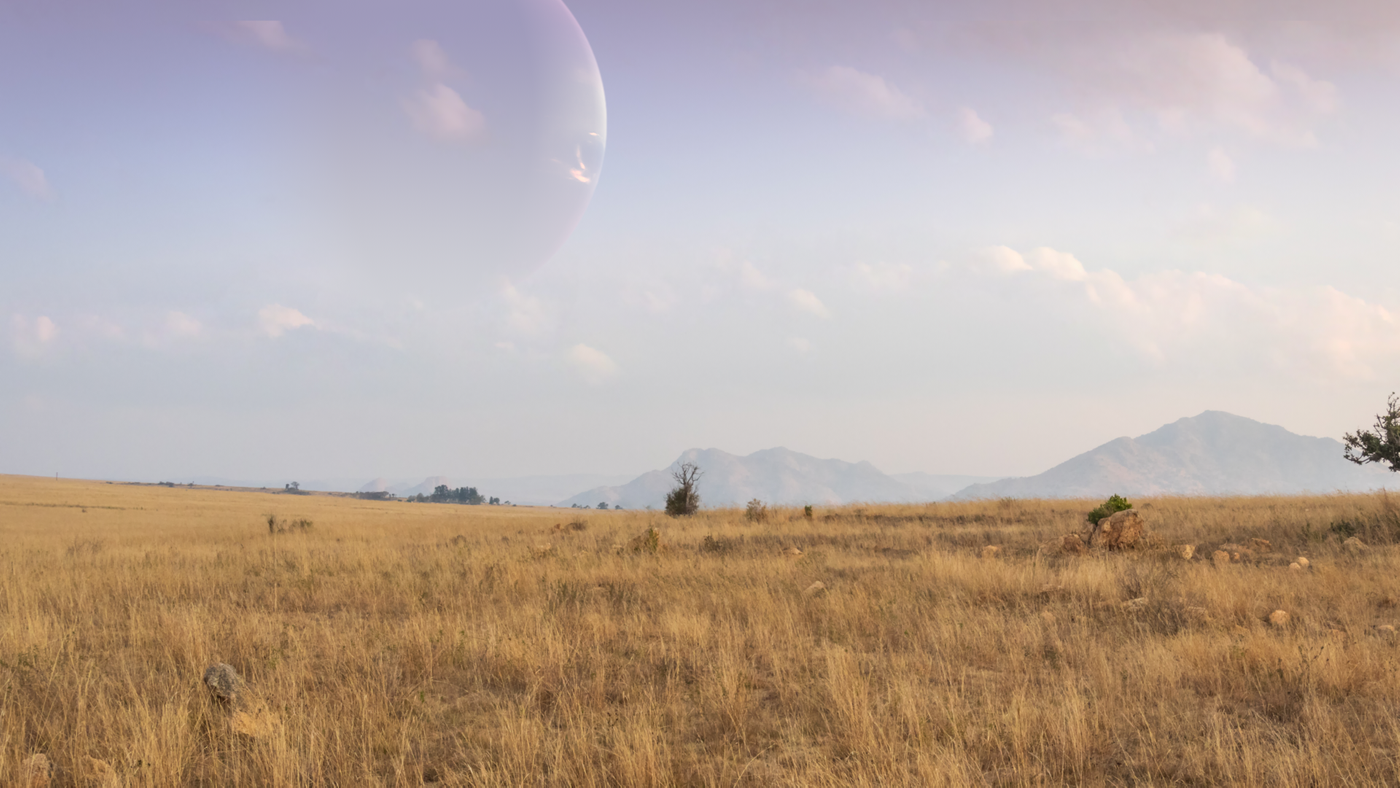 To really get the fine hair details I added an additive keyer and adjusted it so almost no detail got lost.

After that I despilled the image, getting rid of all green light.

Then I added my keyed Lion to the prepared background.

I matched the black point and white point of the lion with the footage and adjusted it to fit just right.

I then continued to add a lightwrap and regrain the lion and match the grain of the background.
I finished off this project with a little bit of lensdirt and a subtle camera move to really sell the shot.

I really like how this project turned out. I think I could showcase my keying skills in a fun way and learned a few things as well!

I matched the black point and white point of the lion with the footage and adjusted it to fit just right.

I then continued to add a lightwrap and regrain the lion and match the grain of the background.

I finished off this project with a little bit of lensdirt and a subtle camera move to really sell the shot.

I really like how this project turned out. I think I could showcase my keying skills in a fun way and learned a few things as well! 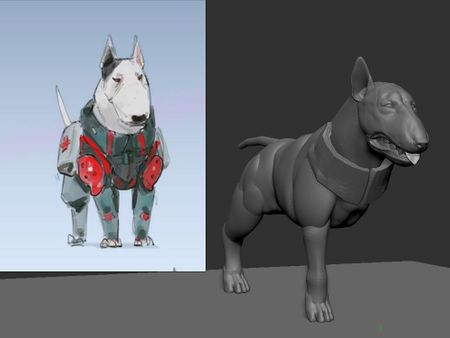 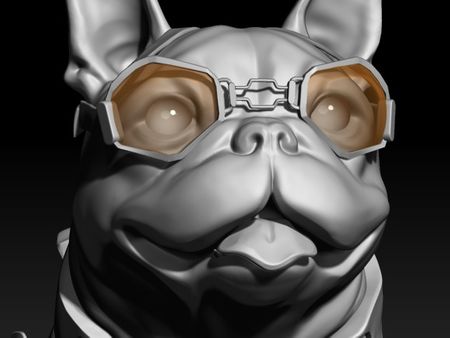