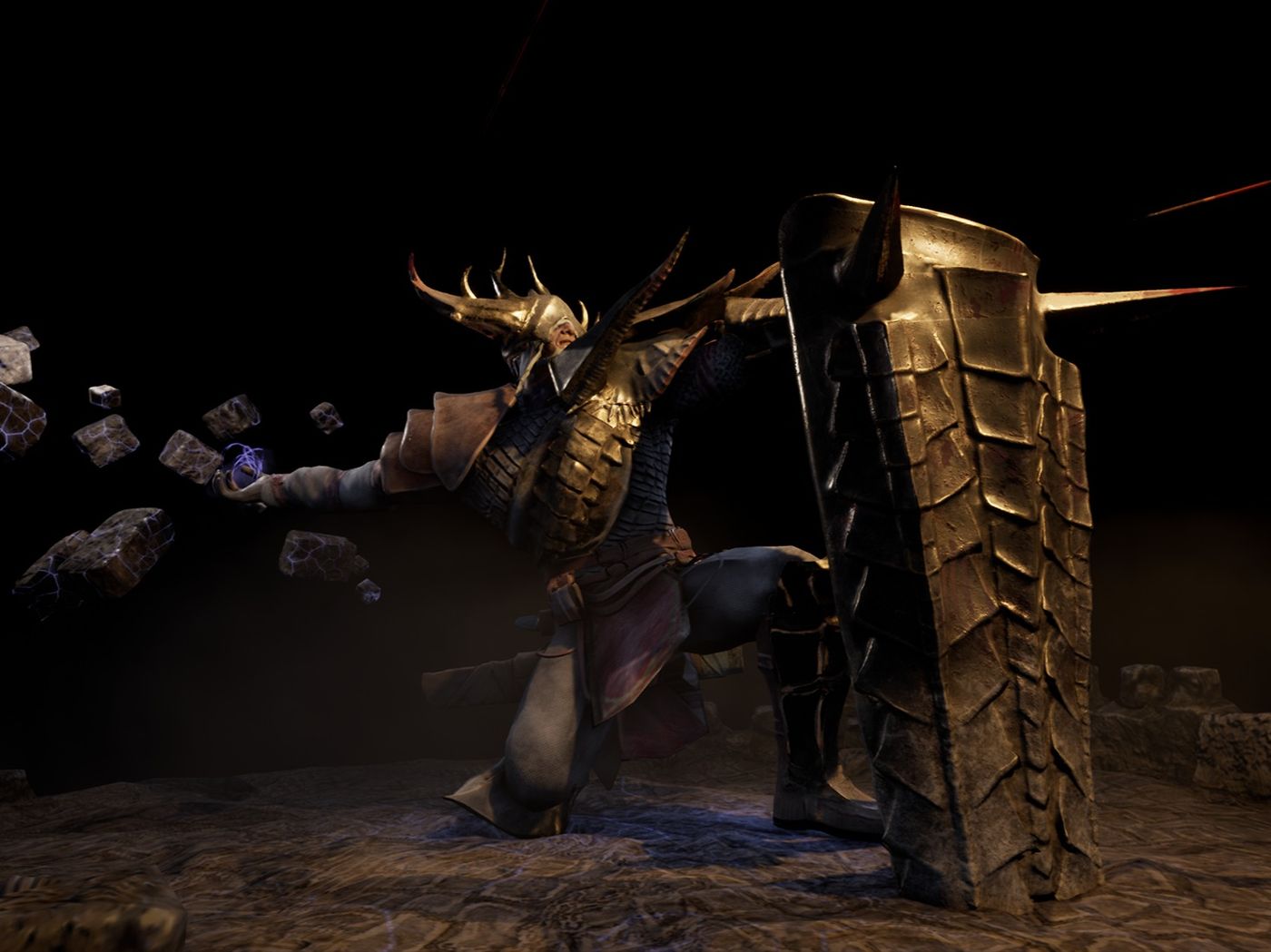 "Cool Guy", a game ready character, was created over the course of 10 weeks along with 7 other, unrelated, characters and two additional team games. 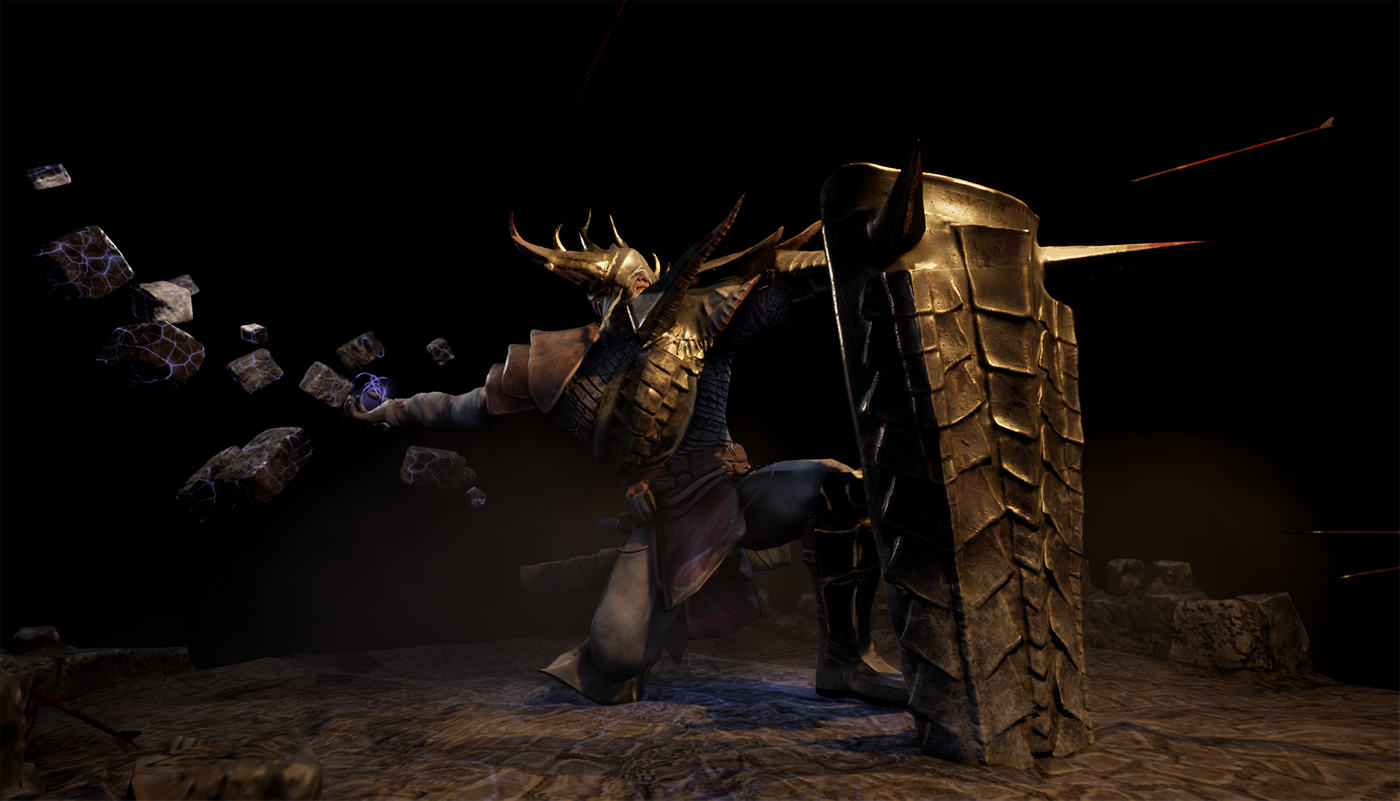 So. Really. I don't have a title for this character. So. Let's just call him "Cool Guy".

"Cool Guy", a game ready character, was created over the course of 10 weeks along with 7 other, unrelated, characters and two additional team games. It was not a fun 10 weeks. Well, It was. I just didn't sleep much.

"Cool Guy'''s concept was created by Aleksandar Mihajlovic. Check out this, and all his other fantastic art over at: https://www.artstation.com/artwork/6lvmV

Let's talk about the Helmet

Before we get into it, let's talk about the helmet.

Let me tell you, this is why I love Aleksandar Mihajlovic's concepts.  In his concept, Aleksandar Mihajlovic has broken down different ways in which the helmet can be designed.  You'll notice that, in each of the designs, eye holes are never present. This small detail leaves the character WIDE open to different interpretations and rich narrative possibilities.

For my sculpt, I decided on a subtle narrative with a BIG game mechanic impact. I'll go over this while describing the process of "Cool Guy"'s pedestal.

The process work of "Cool Guy" 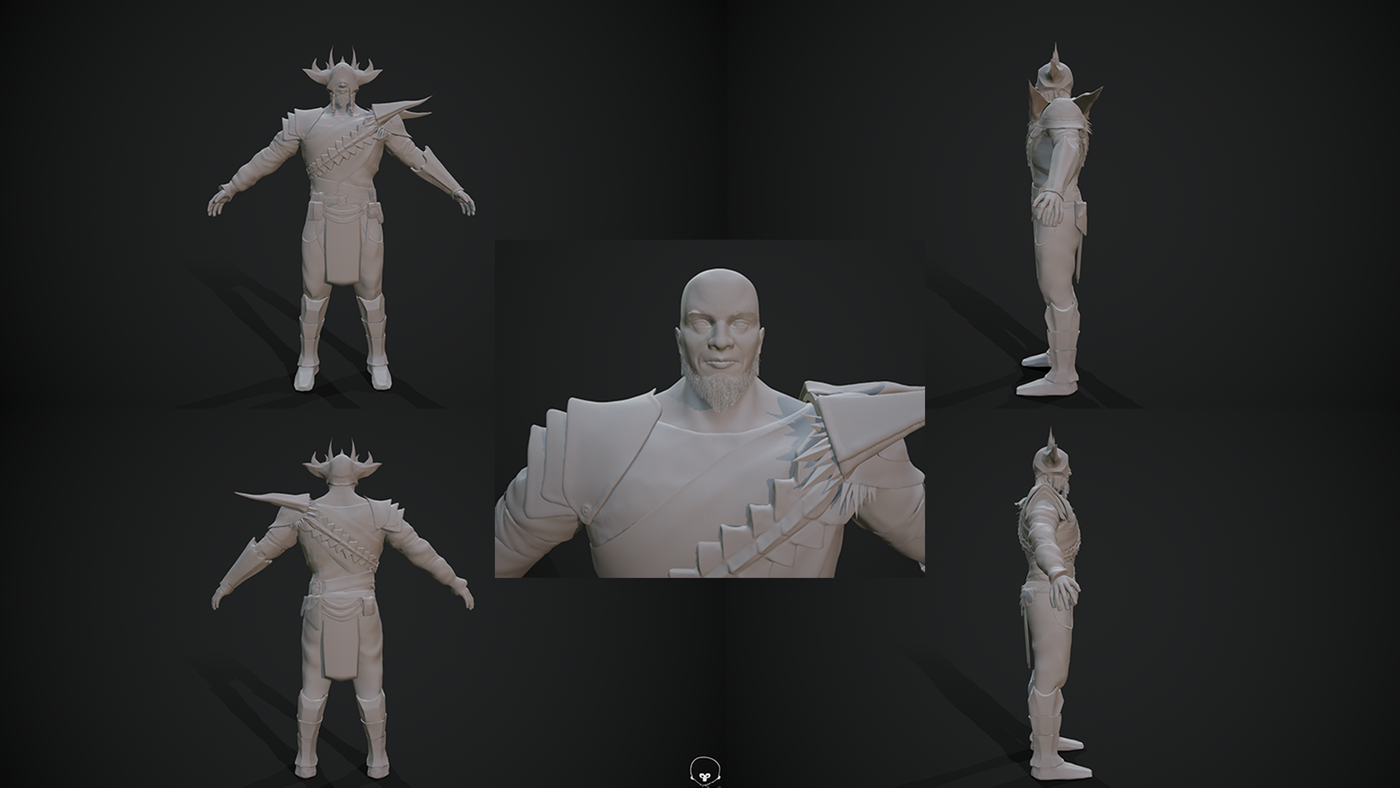 Here is the half-way point of "Cool Guy"'s process, which, for the most part, closely resembles Aleksandar Mihajlovic's concept.  While, I was happy with the design, my peers, professor, and I, myself, wanted MORE.  We wanted him meatier, scarier, and more intimidating. He needed to be the biggest of bois.

So, I Shortened his legs, beefed out his torso and arms, elongated and added more detail to his helmet, and more than doubled the size of his shoulder pads, wrist guard, boots, and chest armor. 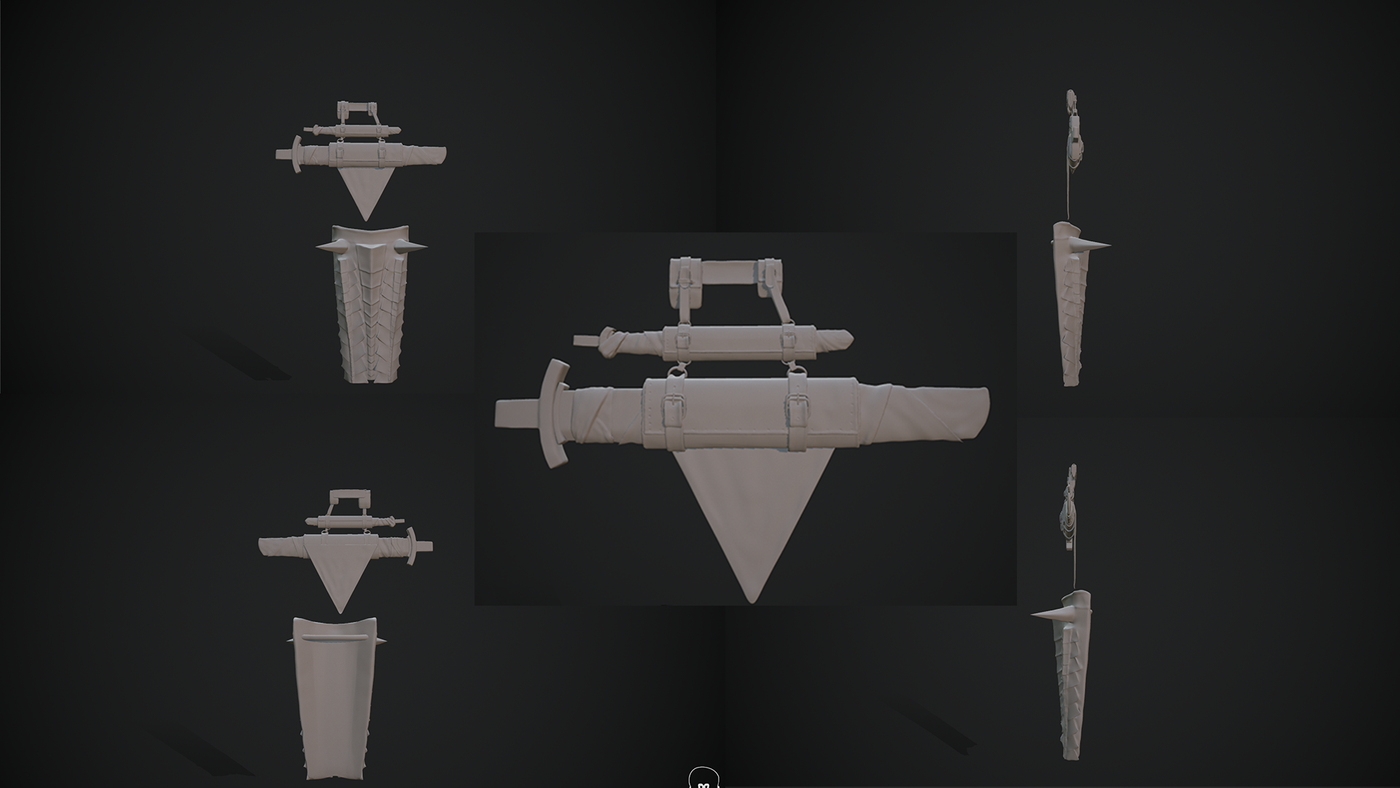 This is the "half-way" point of "Cool Guy"'s props. I say "half-way" with quotation marks because the props really didn't change too much after this.  However, I did decided to scale up the shield.  This was changed from the original concept, as the shield seen in the concept doesn't make much practical sense.

In the end, I opted to scale up the shield while keeping the battering weapon components of it. I figured that, while the scale and weight of the shield would make it pretty impracticable as a battering weapon, the design was cool, and the larger scale fit my narrative better.  And, who knows, this is a fantasy character, WHO IS ALSO MAGIC.  Who's to say that he can't both fit behind the shield AND bash people's heads in with it?  THIS is why I love video games. 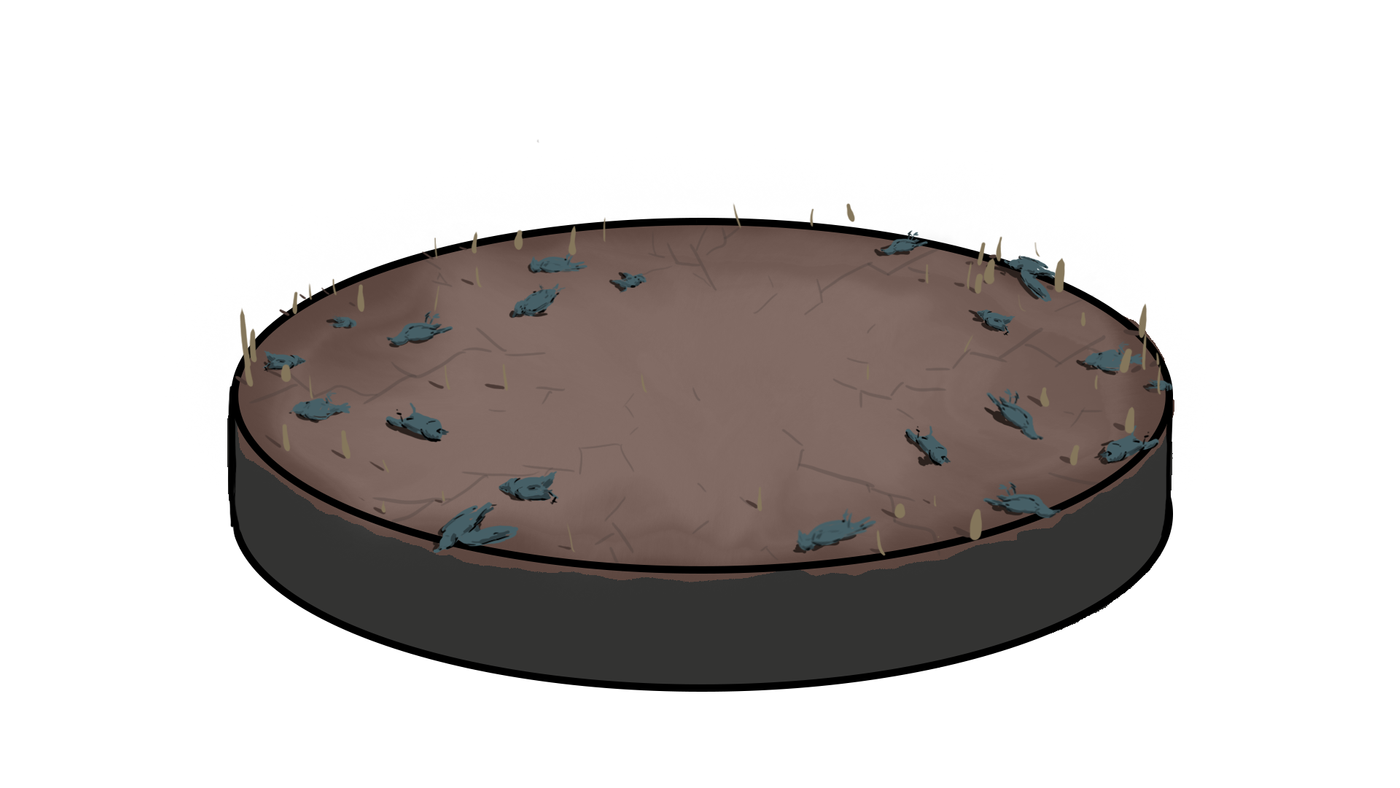 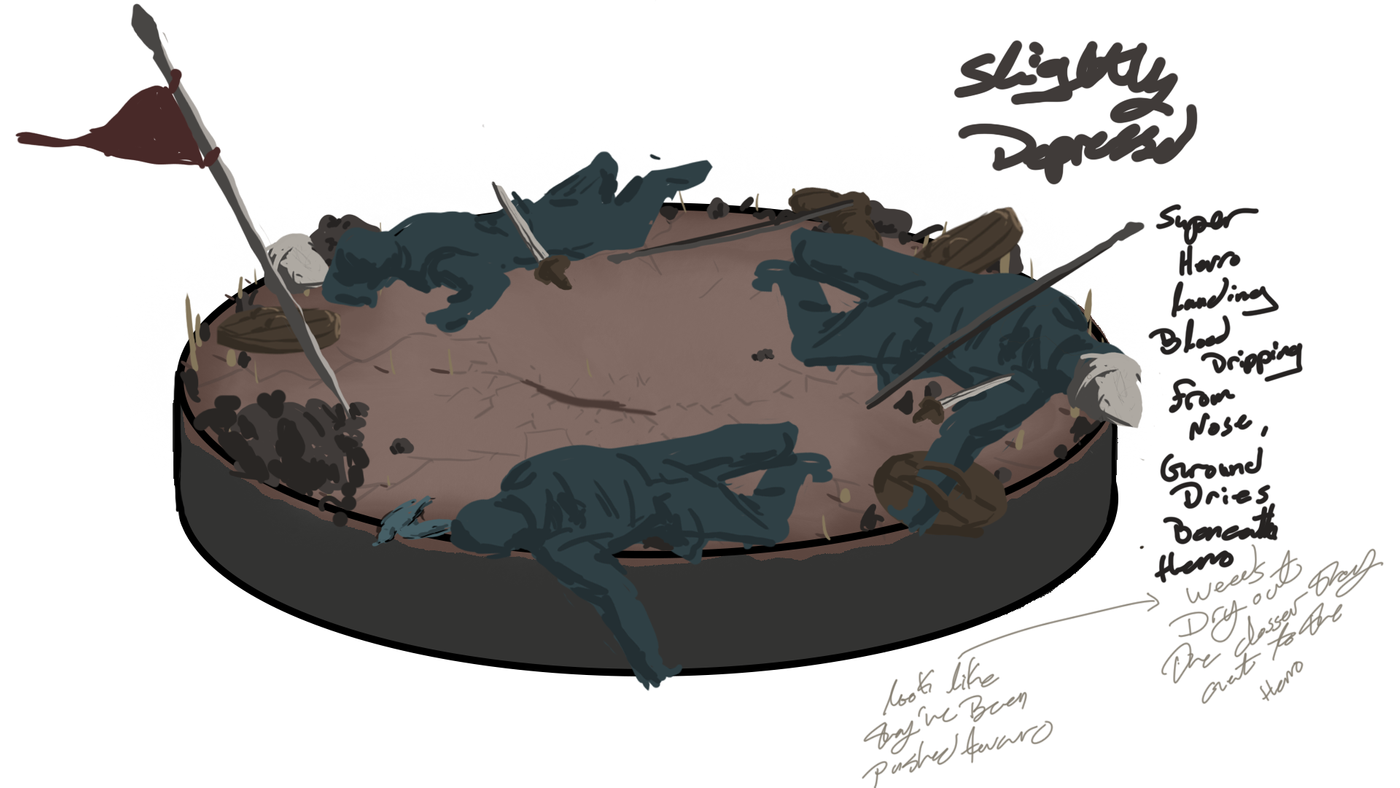 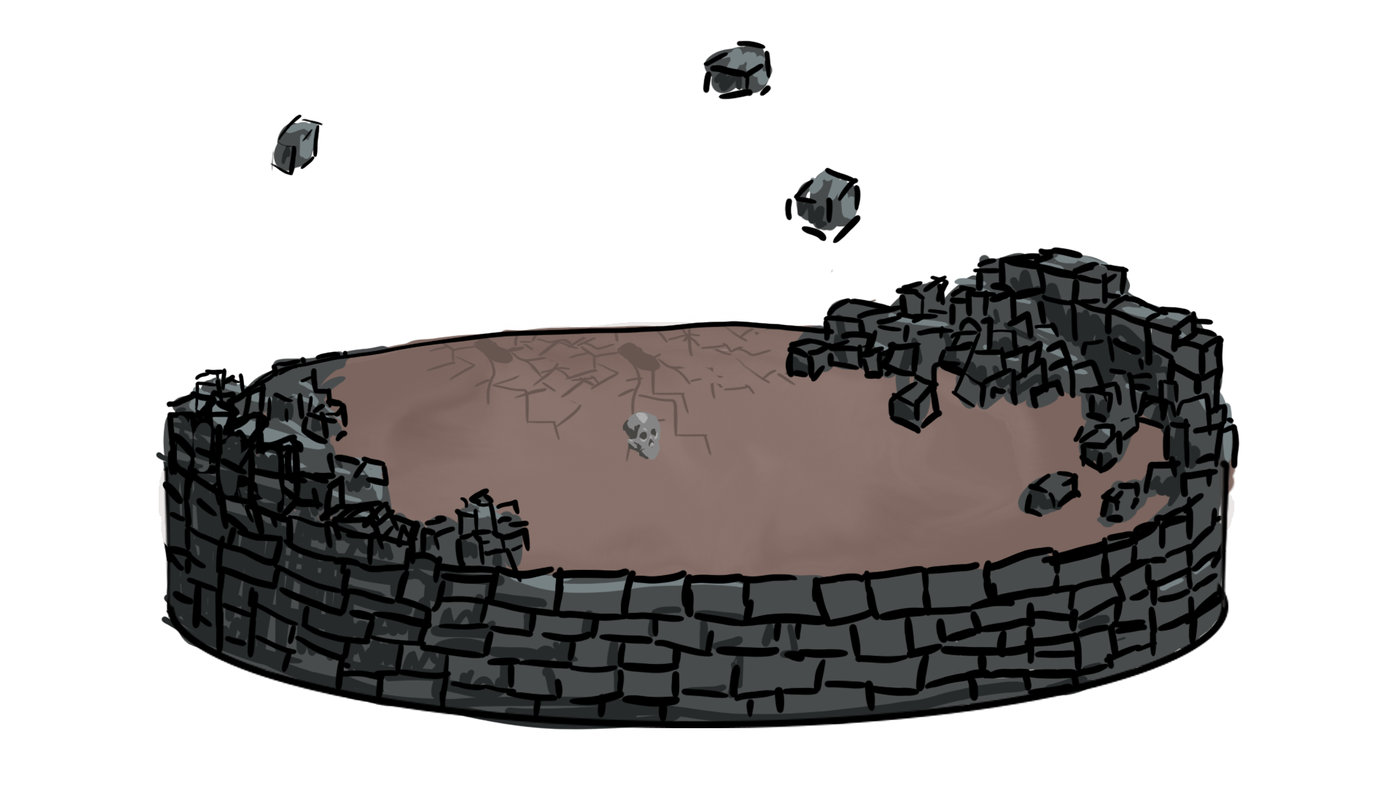 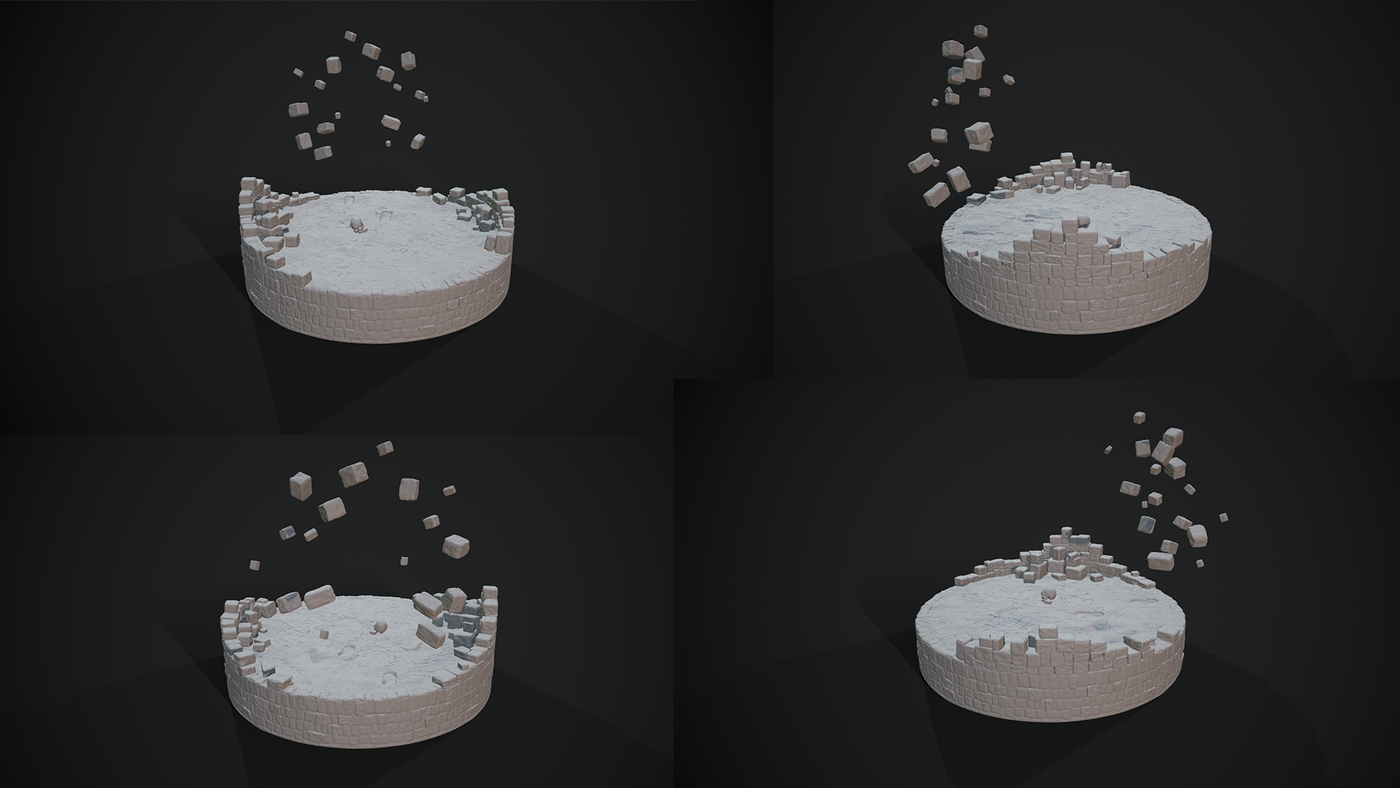 This is the process work of the pedestal and narrative.

As we've gone over, this character has apparently no use for eye holes.  What does this mean?  It means he is super bad-ass. But how do we show just how bad-ass he is?  With the power of the pedestal!

Okay, so, I had a Lot of concepts for how I 1,) wanted to show his narrative and 2,) what I actually wanted his narrative to be.  I knew that I wanted him to be blind based on the lack of the before mentioned eye holes.  At first I thought about him being able to detect movement using ground vibrations, but the concept clearly had "Cool Guy" wearing boots, so that was out. Then I thought about him being able to use magic to be able to see without needing to open his eyes. This concept I liked and decided to move forward.

As for how "Cool Guy" was able to use magic, and what other powers he had because of his magic, I still needed to figure out.  At first, I thought it would be really cool to do this "almost holy" rendering of him with his arms raised, emitting magical particles, and a flock of dead birds at his feet. The narrative for this being that, in order for "Cool Guy" to max-out the powers of his magic, he needed to take energy from those around him.  As a result of this type of "attack", those around him would have the "life-force" sucked out of them.  After some review, I decided that, not only would the pose and platform conduct too little narrative, but that having a bunch of dead birds at this guys feet, would defiantly peg him as a bad guy.  That wasn't a decision I was comfortable making.

So, I needed a new concept for the pedestal. I then thought of creating a scene of carnage with dead bodies and torn off limbs.  Quickly after beginning to draw out the concept for this, I decided that I didn't have enough time to create all the assets needed for it.

Then I came to my half-way concept and sculpt.  The original idea was for "Cool Guy" to be stepping on a cracked scull while levitating a pile of stones as if getting ready for a power attack. I was happy enough with this Idea to begin the sculpt for it.  But.  Then came the critique of my friend, Travis, whose work you can find Here. Travis suggested that I should have the shield dug into the ground while "Cool Guy" hides behind it as arrows fly overhead. A suggestion which I loved. 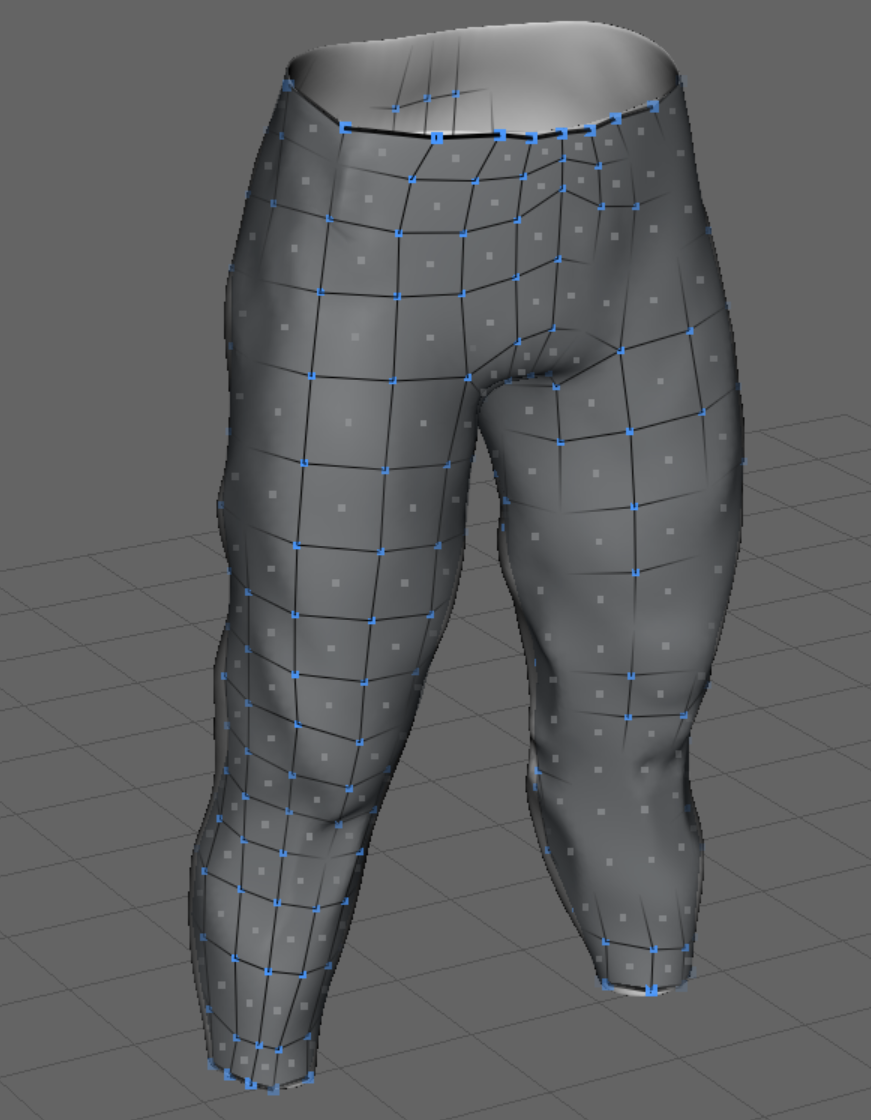 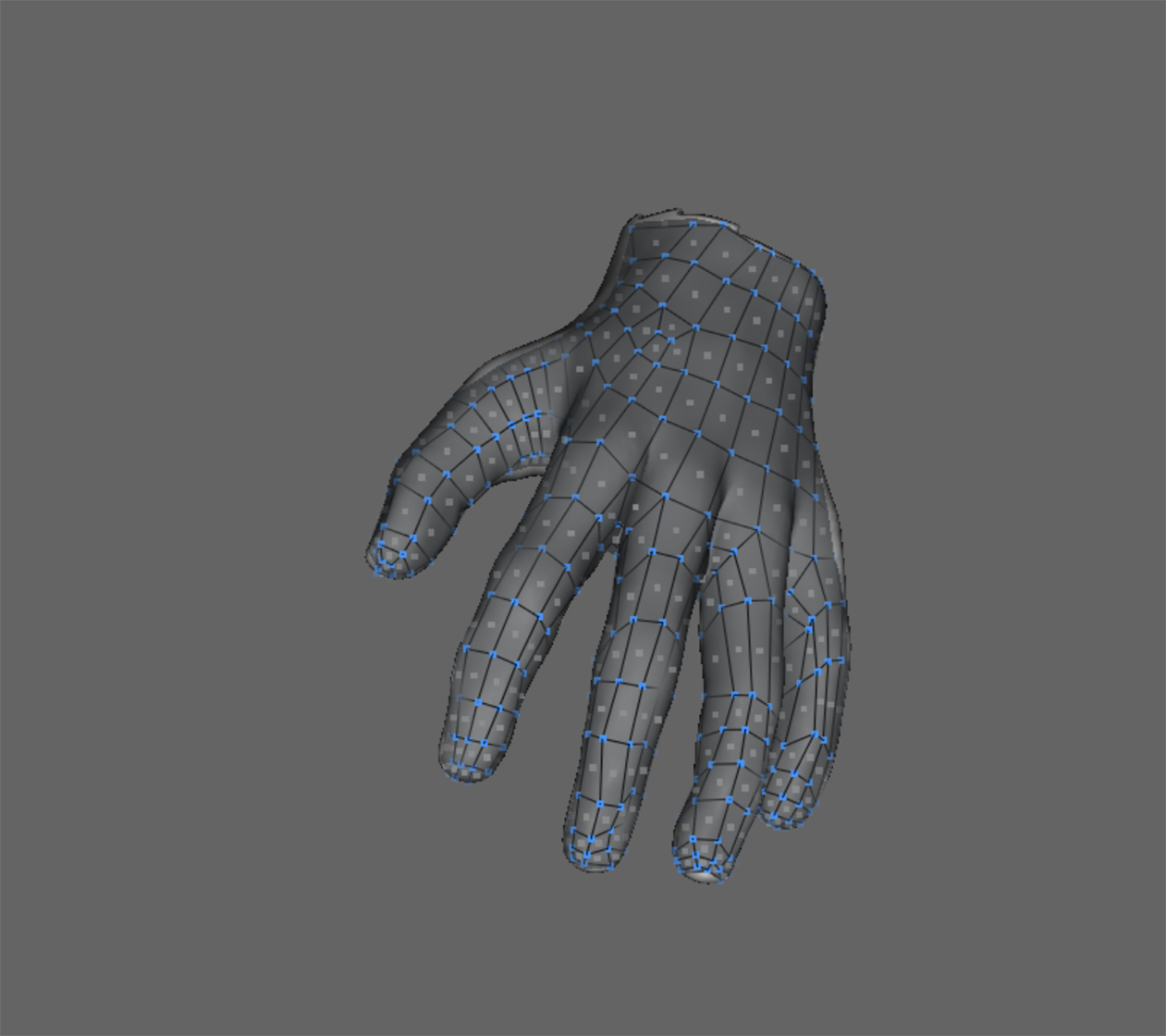 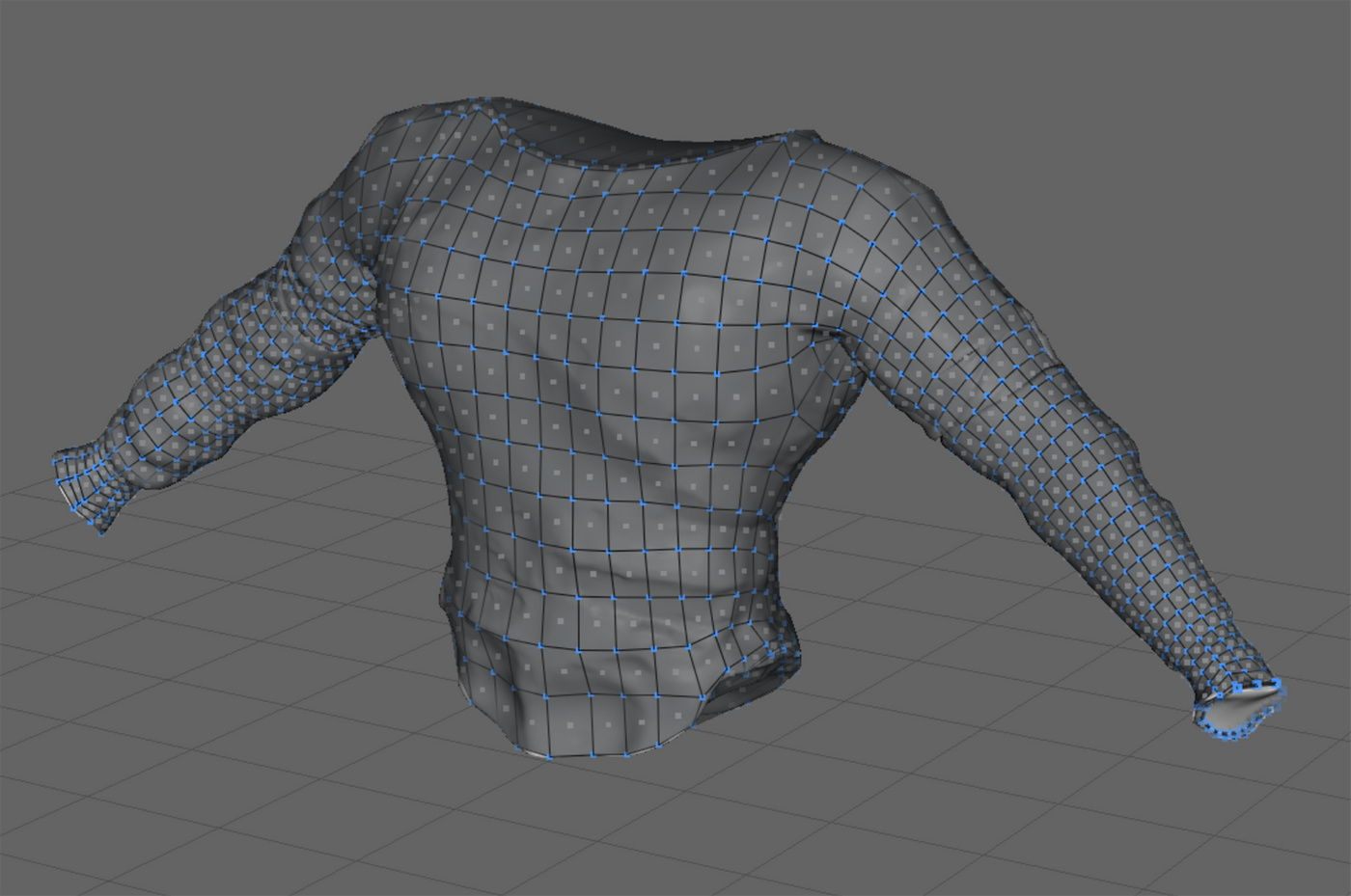 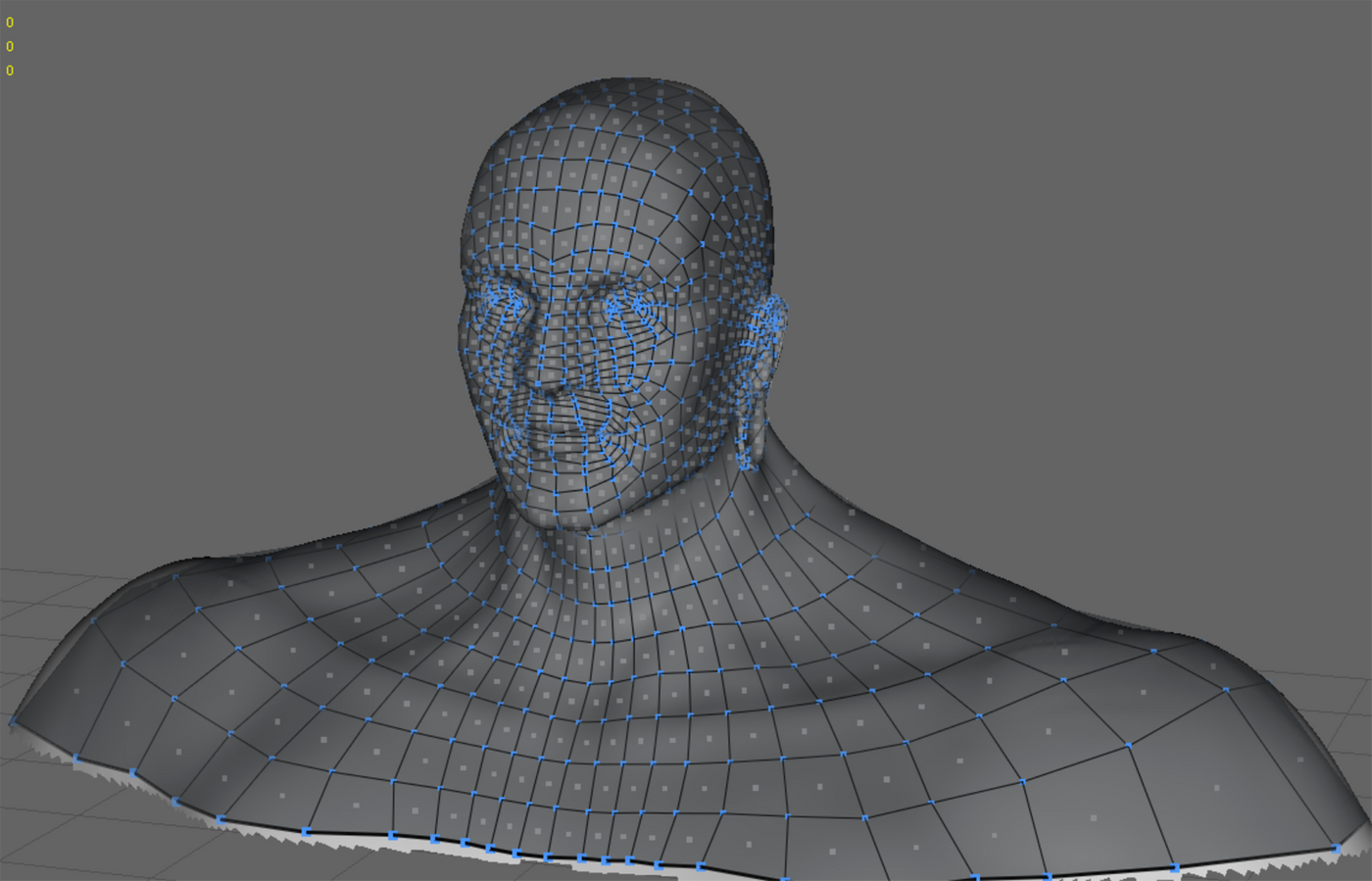 After modeling all of everything for "Cool Guy", I took him and all of his "soft" assets into Topogun for retopologizing. Most of the hard surface objects already had pretty good topology from Zbrush, so I felt them be. 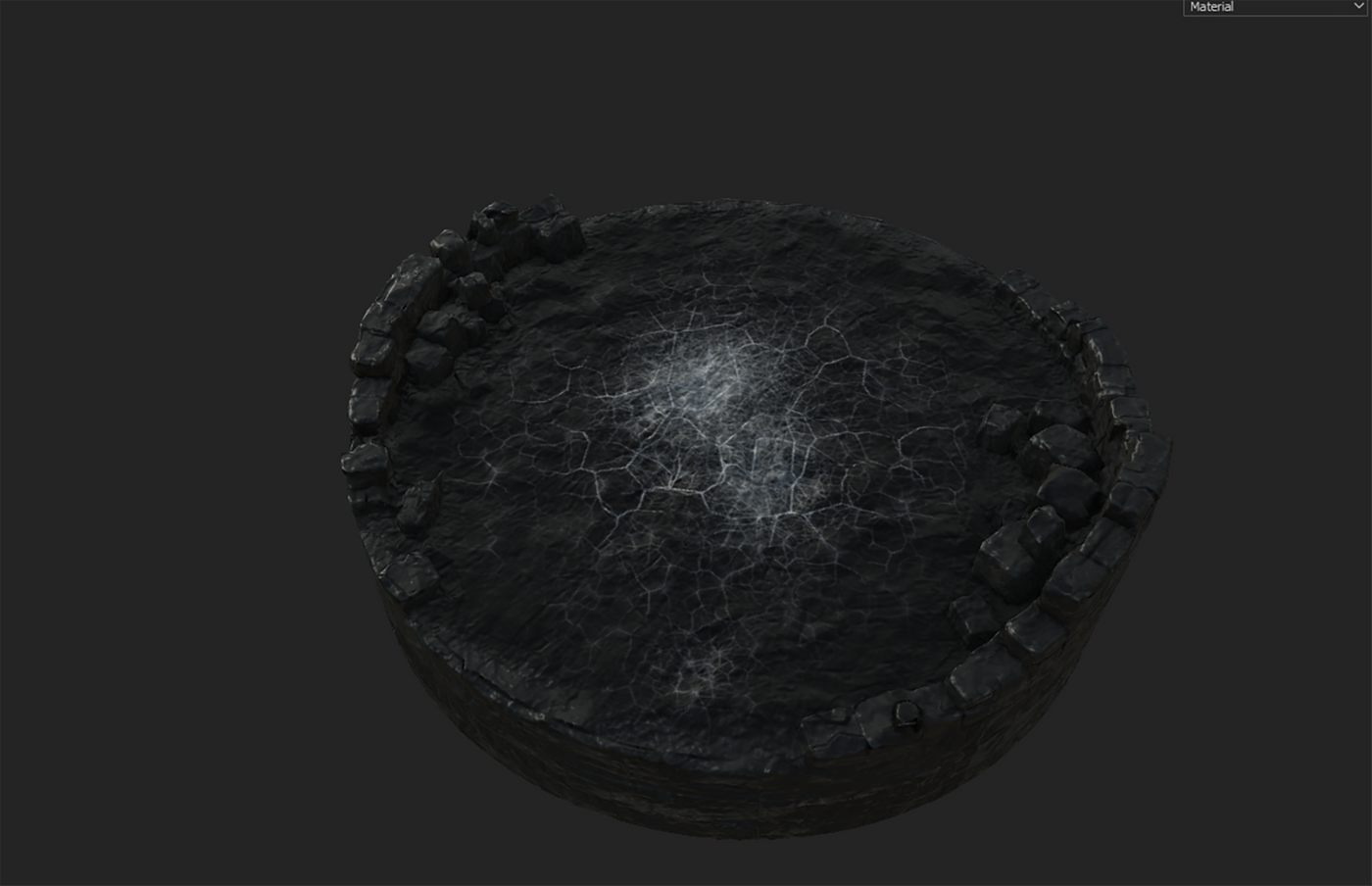 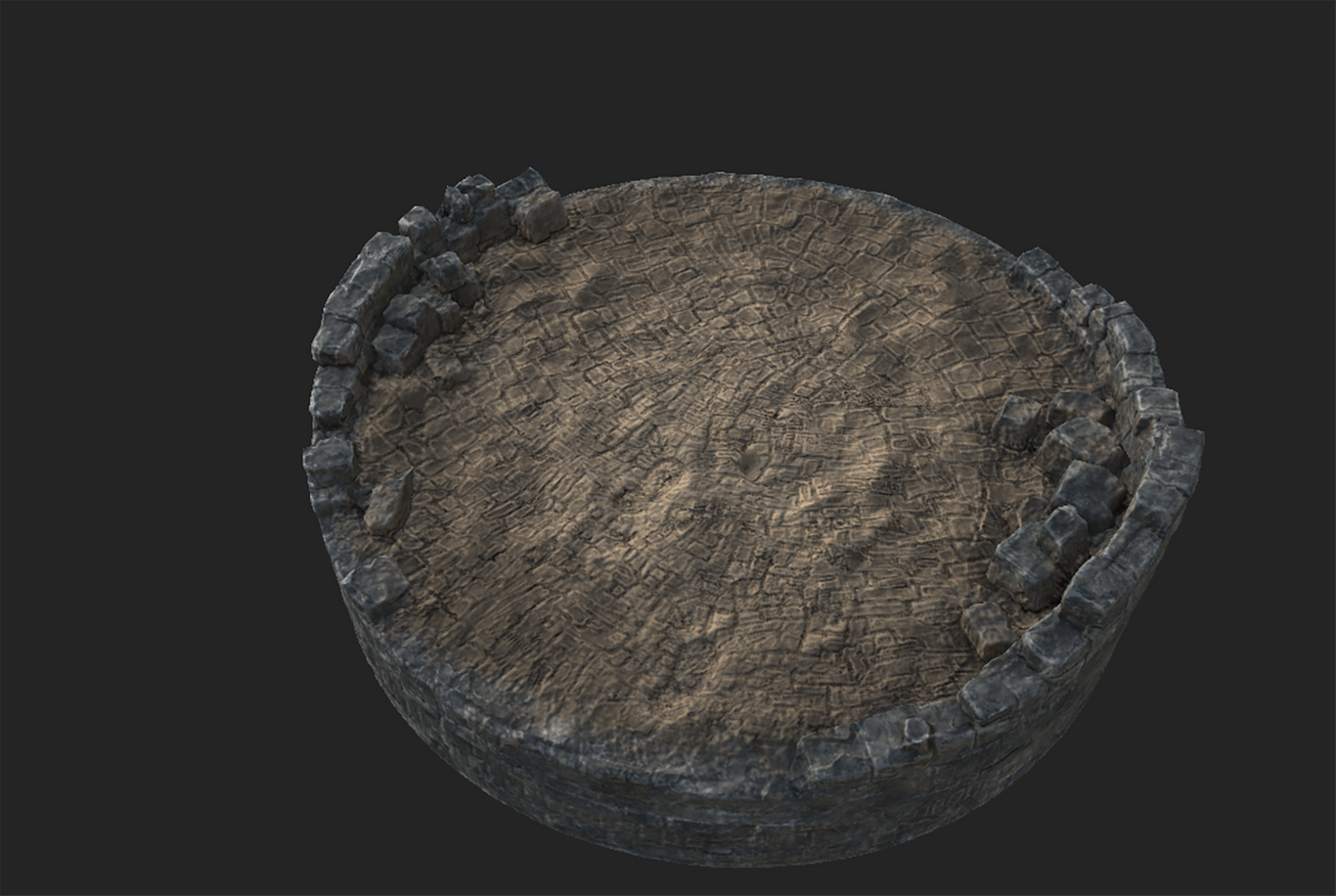 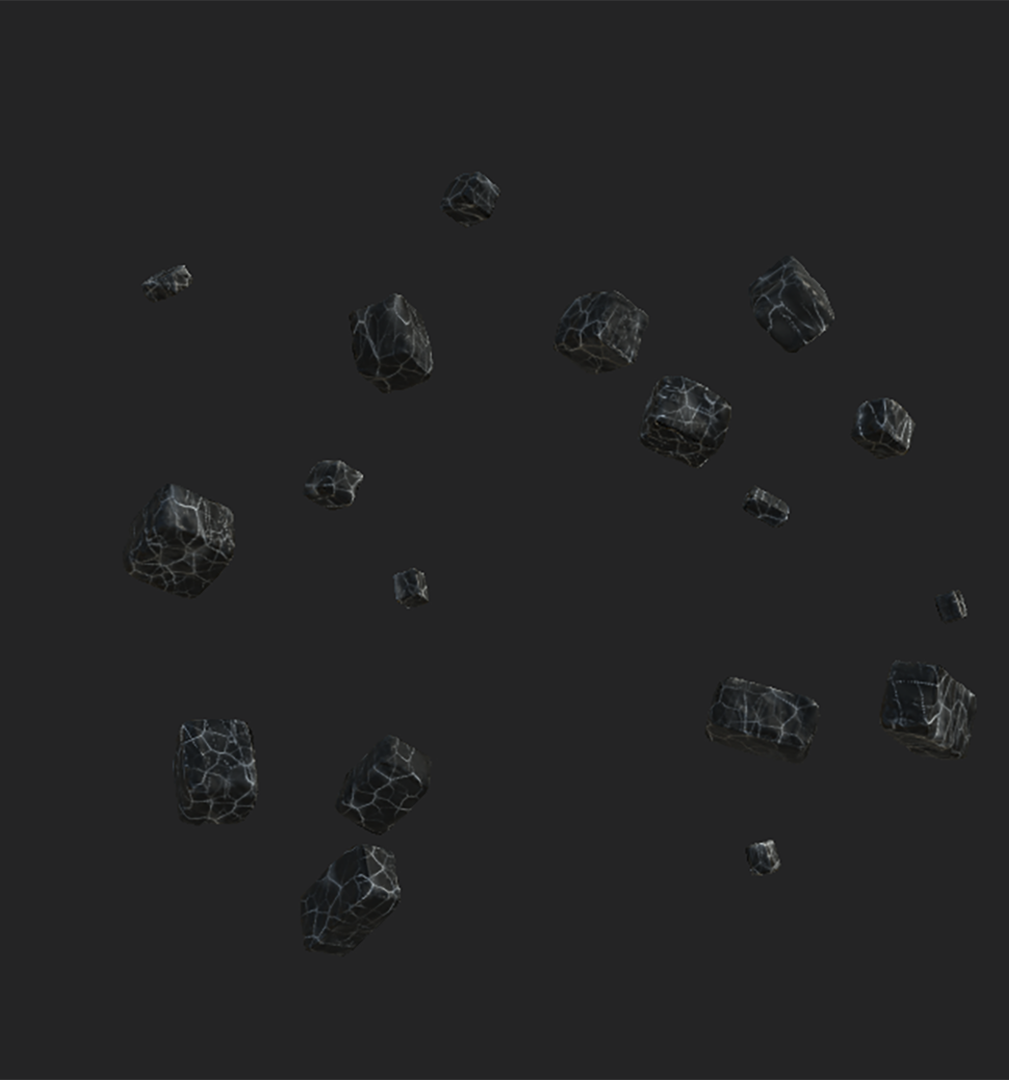 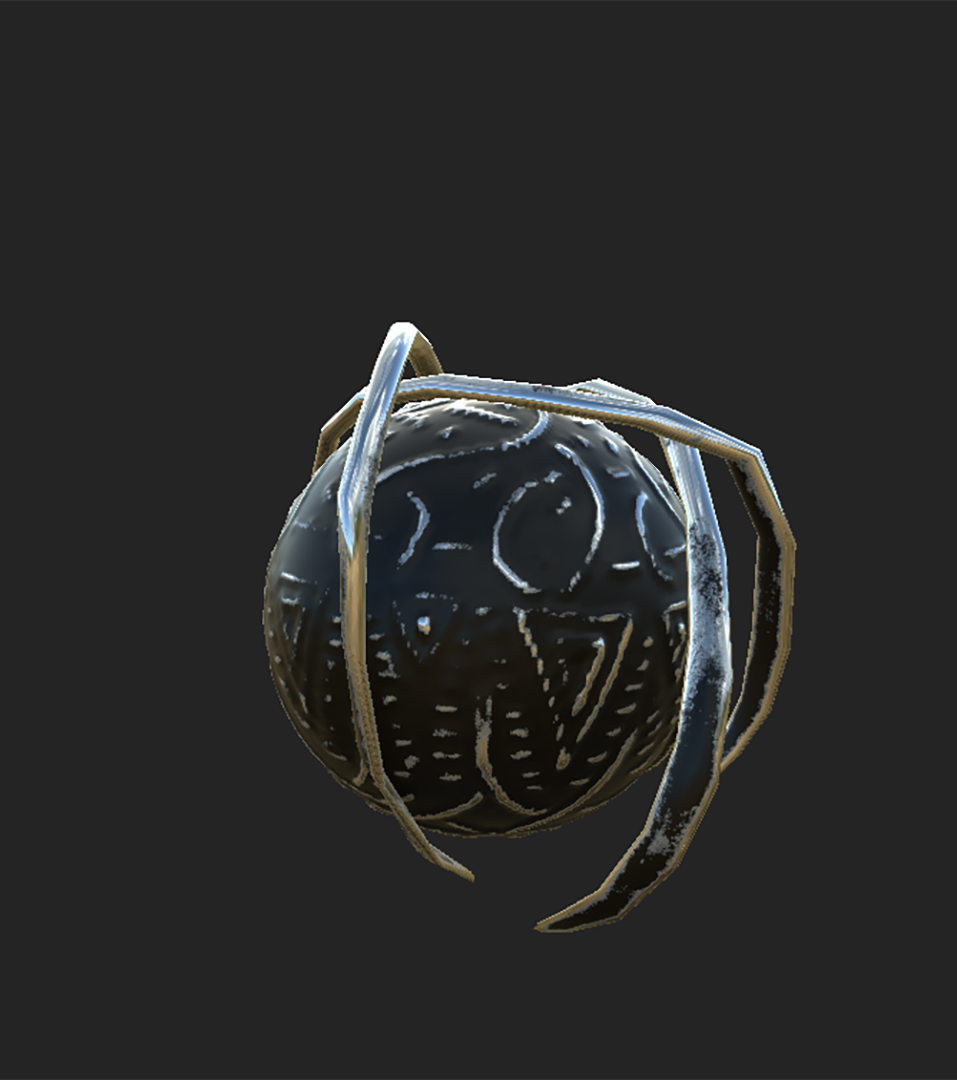 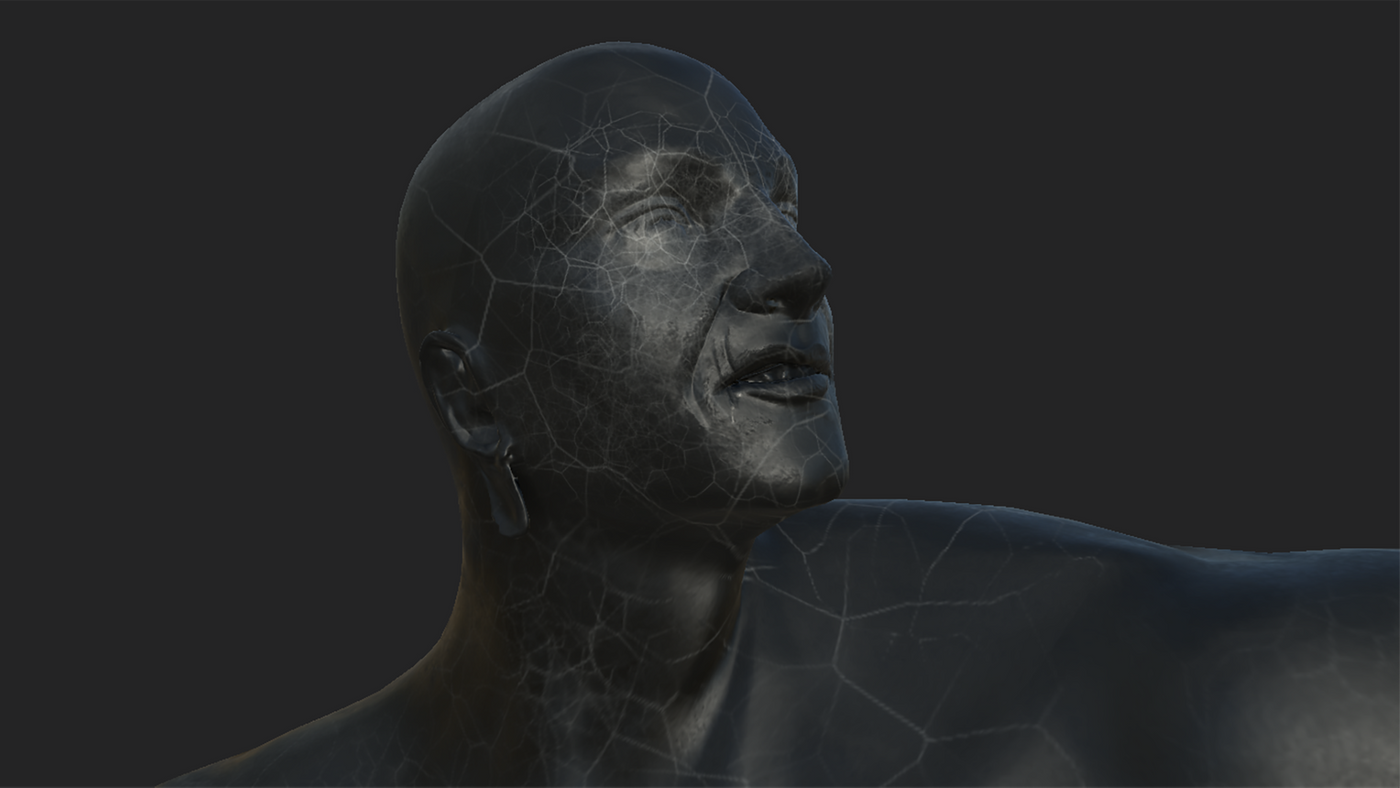 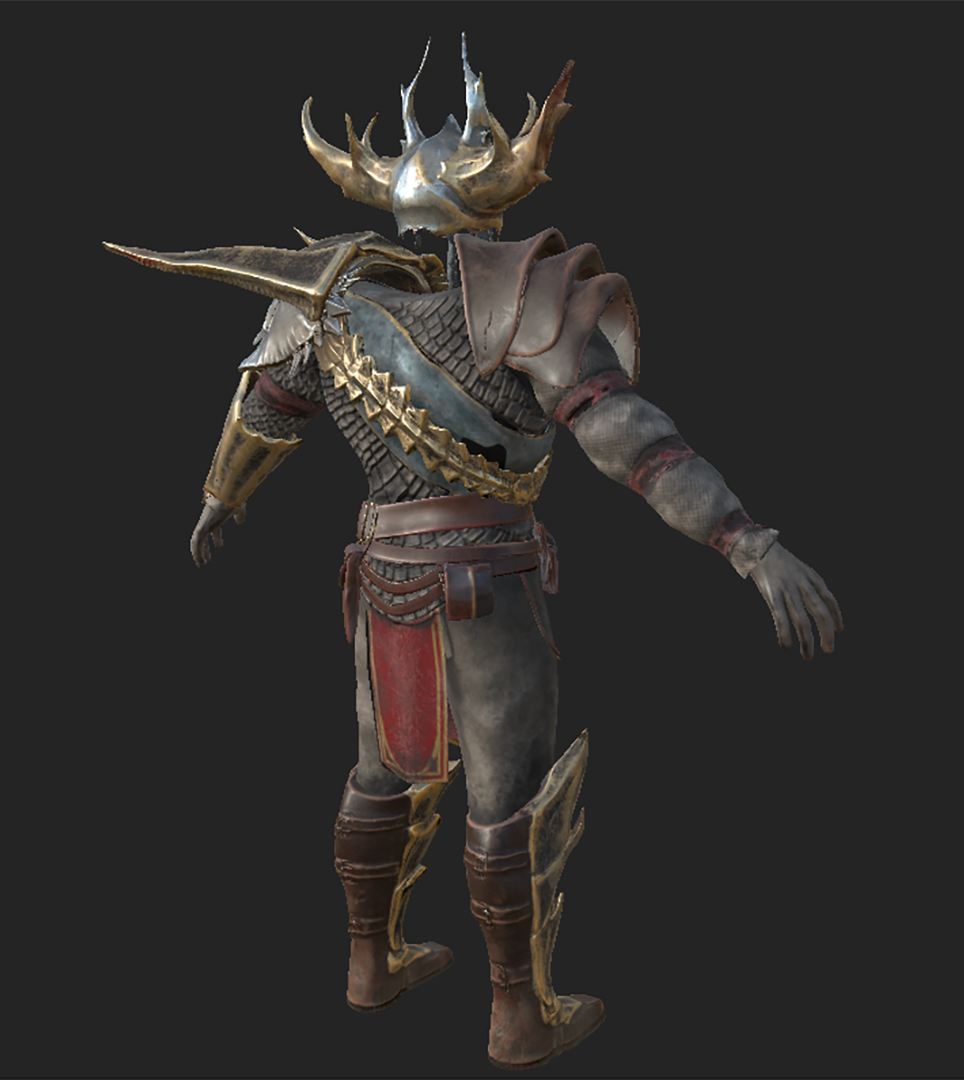 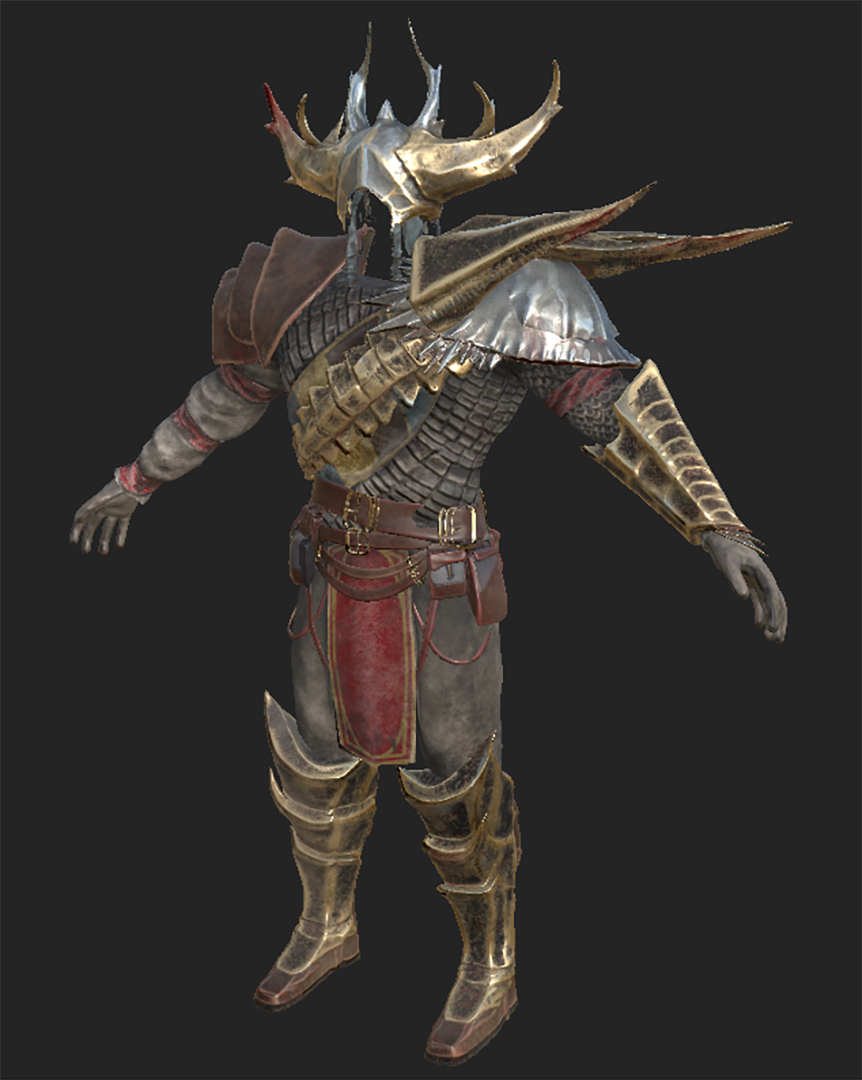 The goal for texutring was for "Cool Guy" to appear battled worn and dirty, yet still in control.  I decided to use the color pallet work already done Aleksandar Mihajlovic as a bases. The scaled armor and scaled wrist guard were completely achieved through texturing as to keep "Cool Guy"'s poly count low.

I used masks to illuminate and desaturate the ground below "Cool Guy"'s feet and the stones he levitates. The goal in this was to convey that while he was using magic, he was consequently draining the energy from everything around him.   Additionally, I added illumination marks to his hands and face as well as a bloody nose. This was done to indicate that, while the majority of energy was being pulled from the earth around him, using the magic took a toll on his own energy. 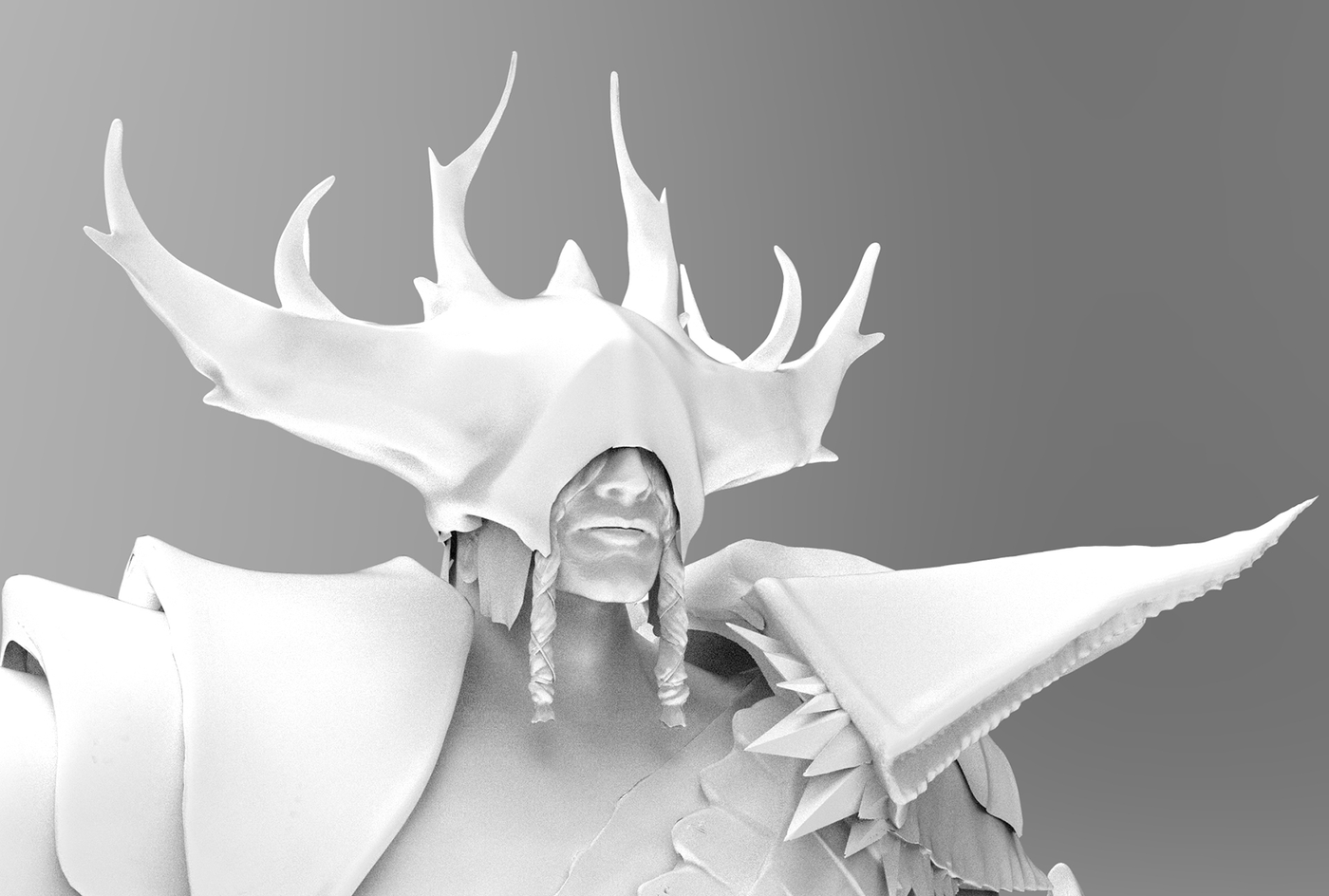 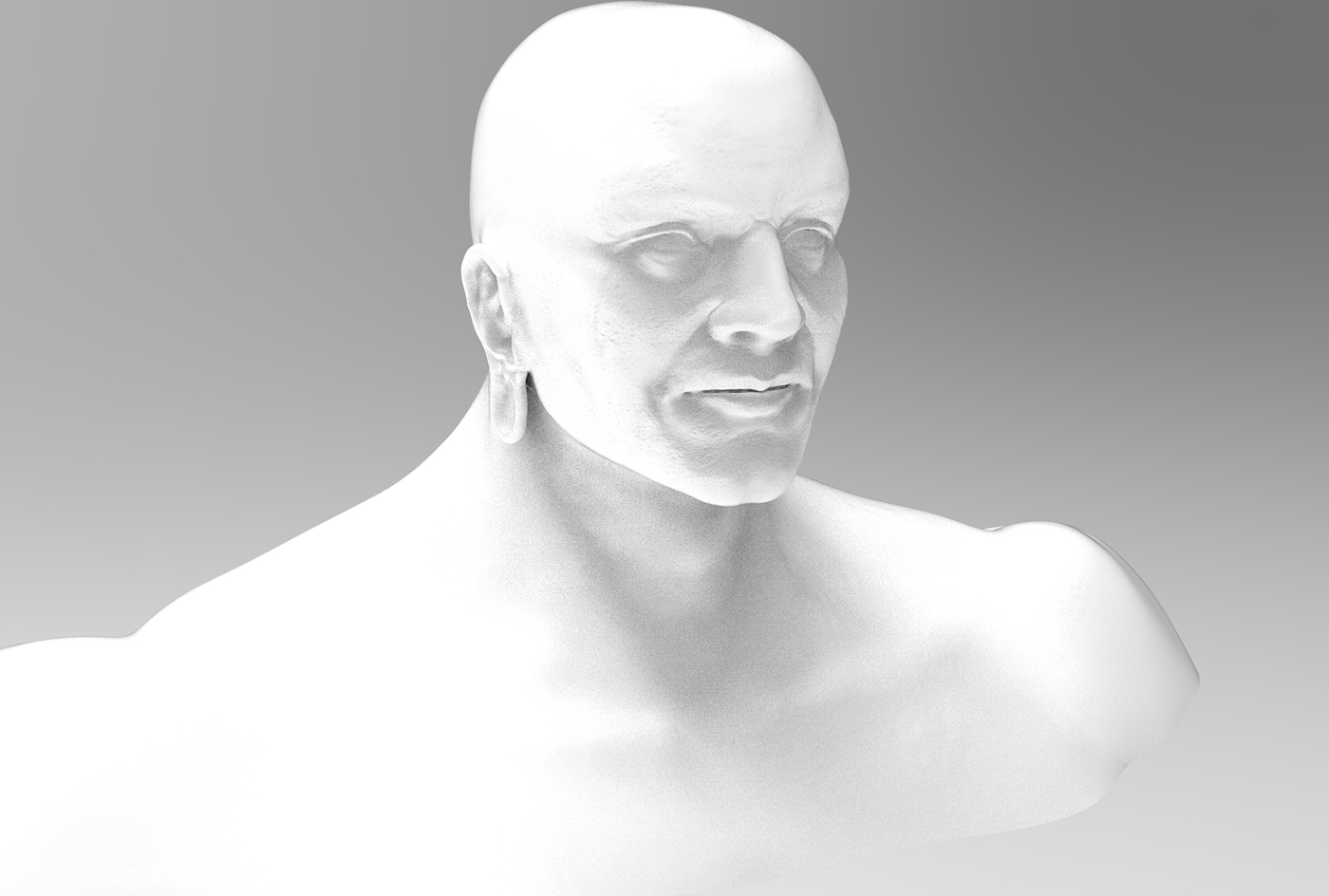 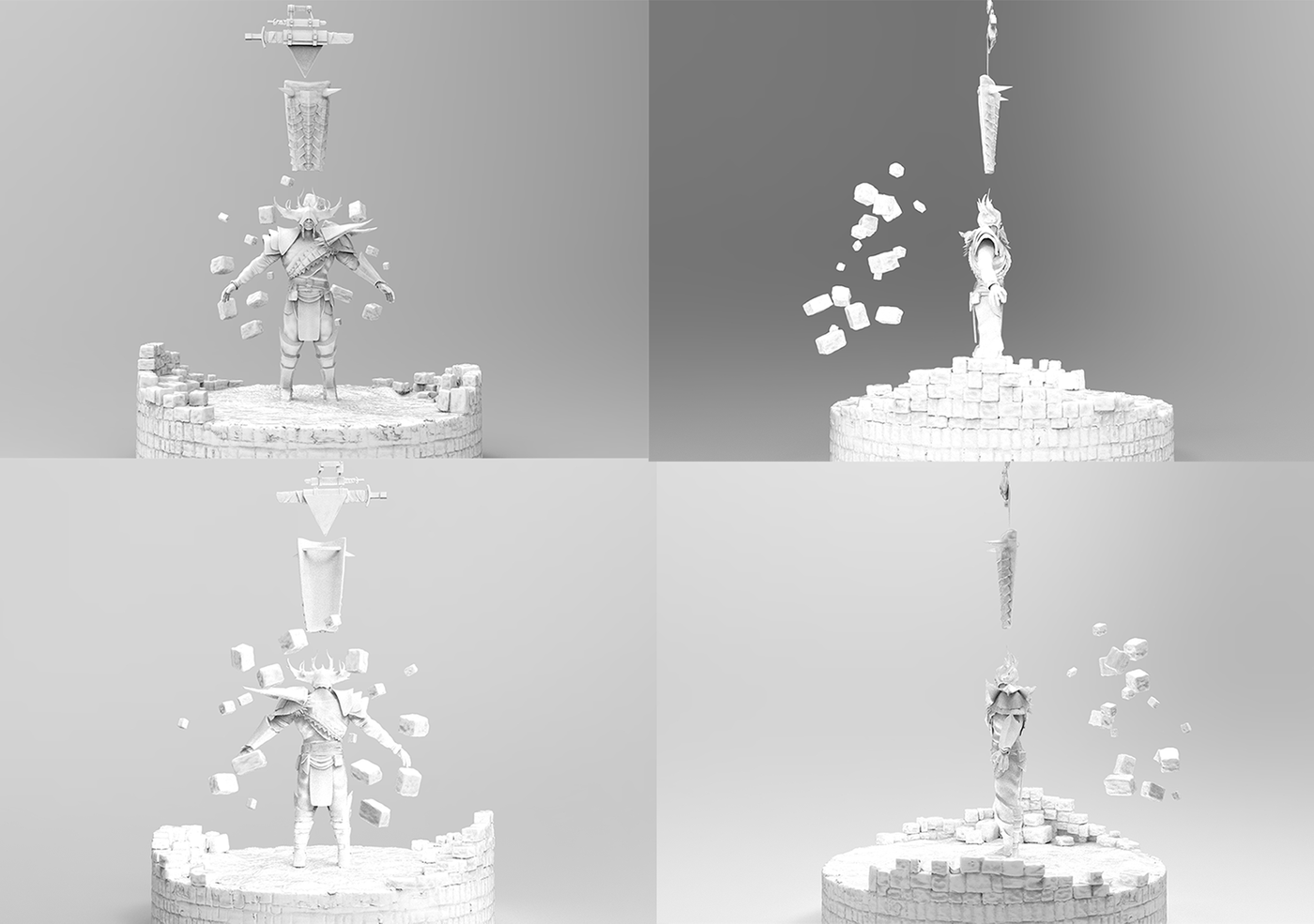 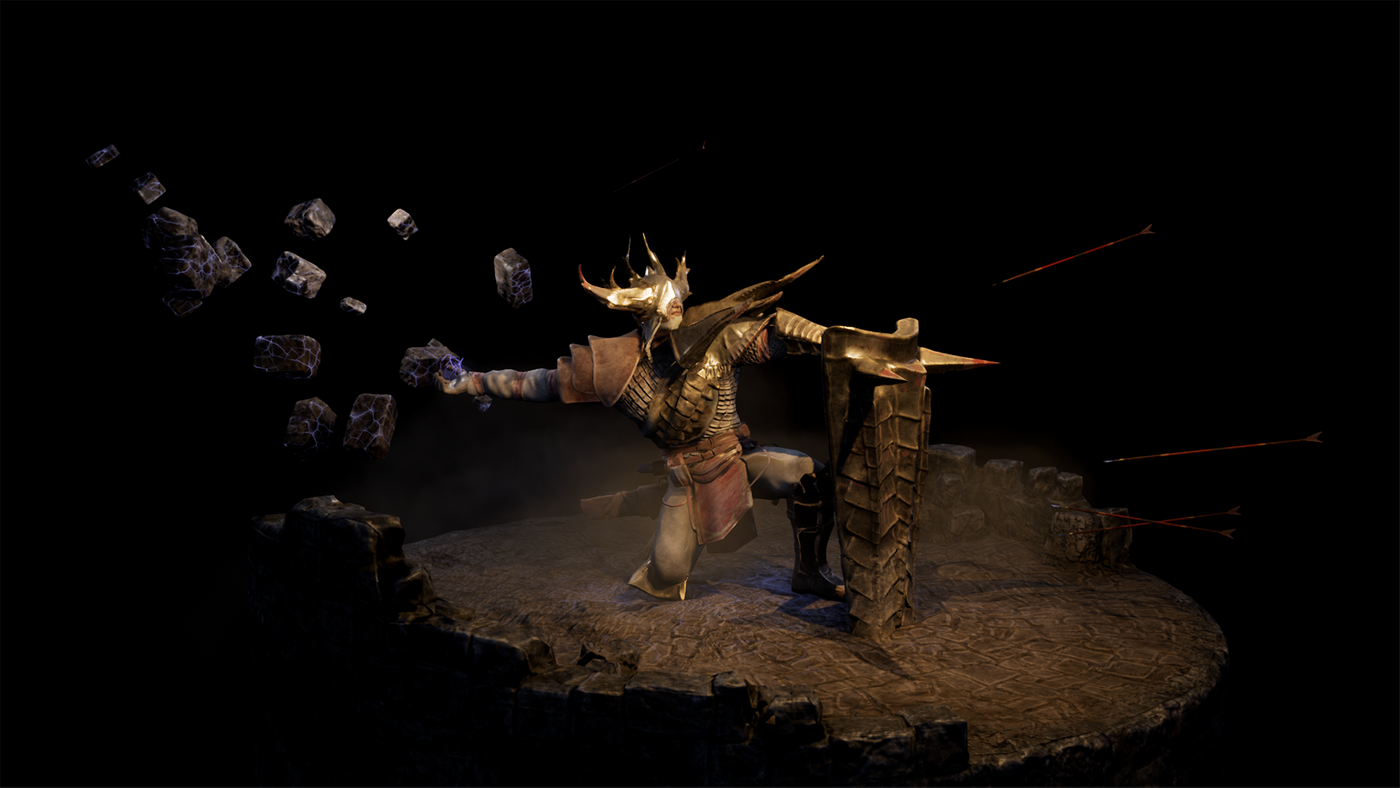 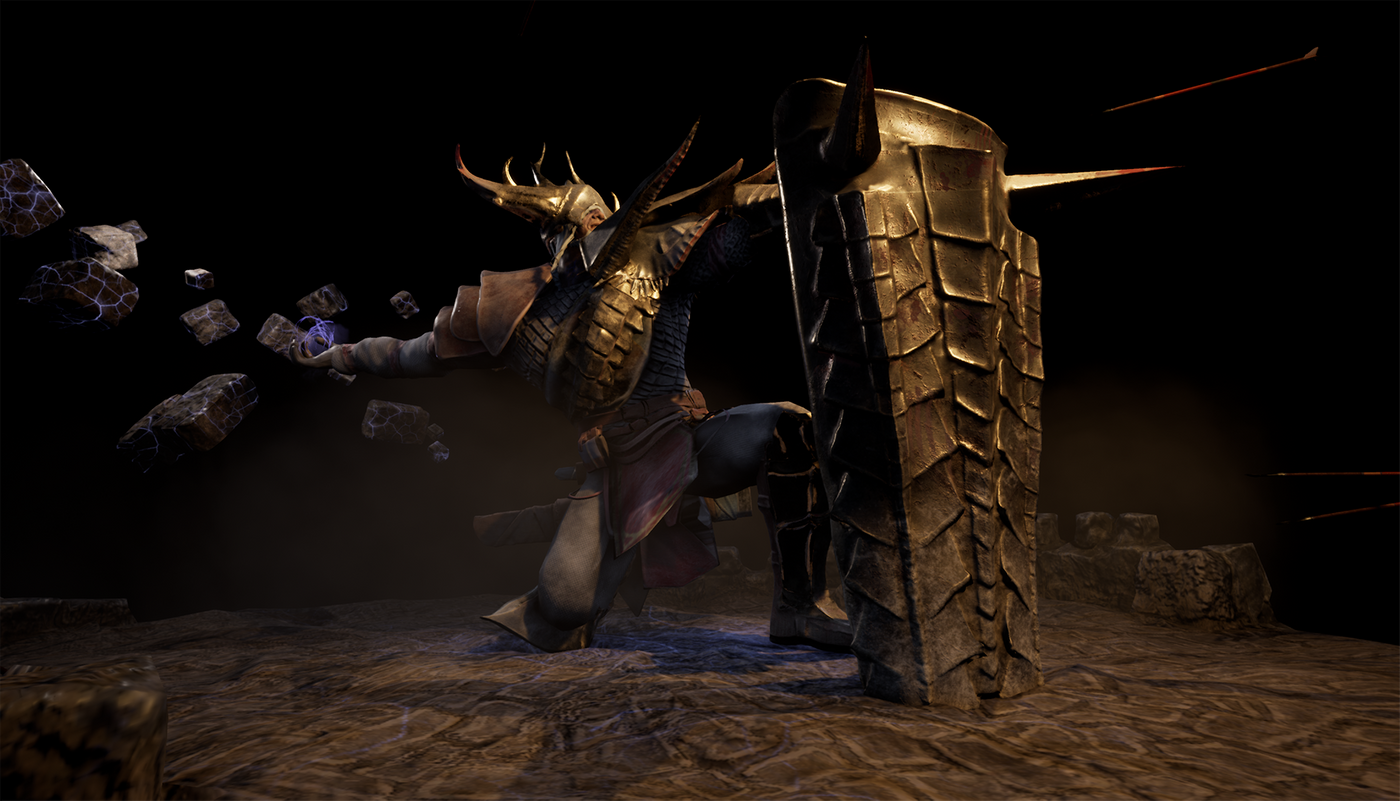 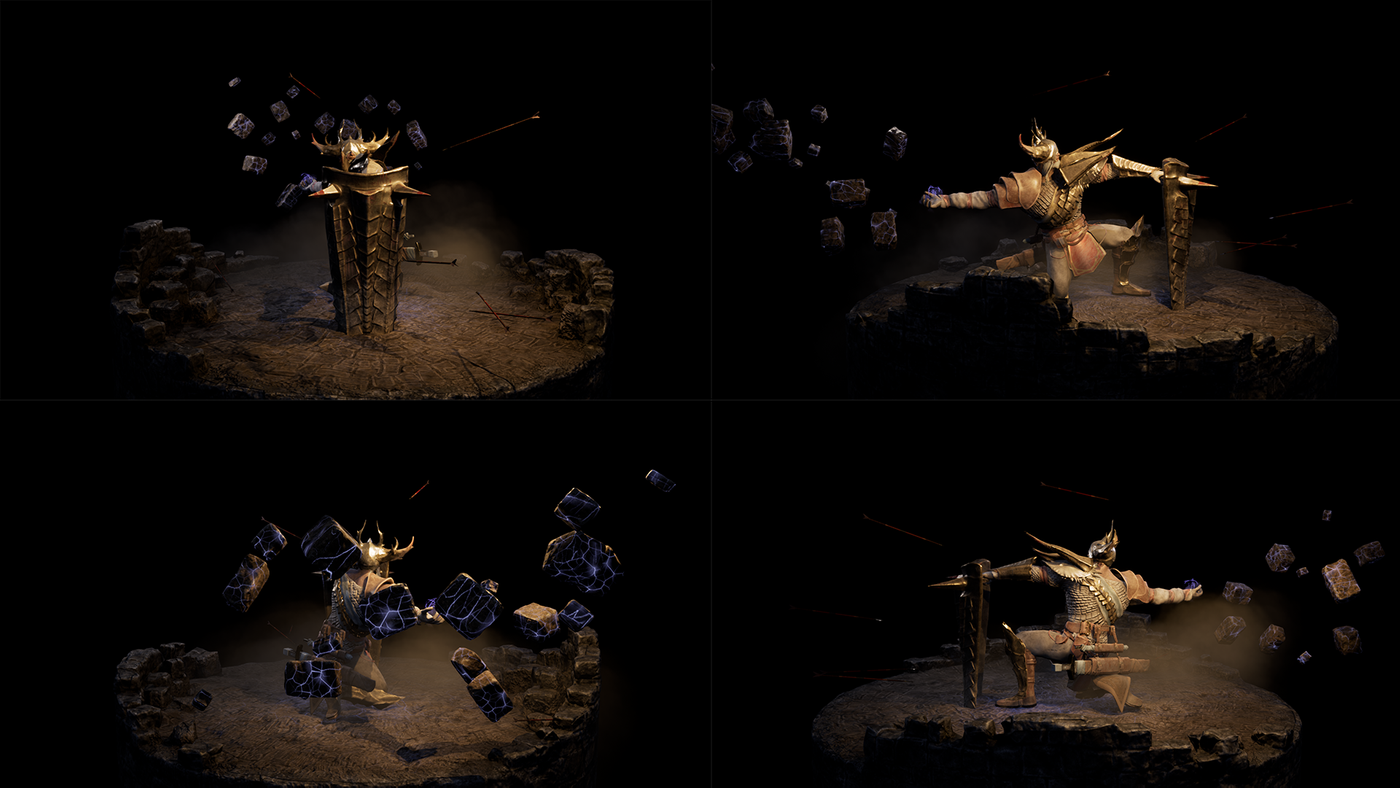 Looking back, I wish I had solidified a narrative (and a name) sooner and consulted more peers when concepting it.  I believe this would have potentially lead to even cooler narratives (and better naming conventions).   Also. module Assets.  I have no idea why I didn't think to make some of these hard models module.  It would have saved me a lot of heart ache, specifically when I scaled up the chest Armor.  But, lesson learned.  I will not forget to do it again.

Moving forward, I'd really like to learn how to rig this big guy.  While posing, I had to rely on Adobe MixAMo and my fantastic- jack of all triads- friend, Pablo (Find his work and contact info Here).  While these resources were invaluable, I very much want to learn to rig myself. In part, this is so that I can better pose my character, but also because I'd like to learn how to create better topology for my animators and riggers.  I'm currently enrolled in an intro to Animation course, which lightly goes over riggers and animators' mindsets. However, in order to learn more and really get into the specifics of rigging, I plan on teaching myself after my graduation.

Additionally, I'd like to add some sparks of lightning connecting his hand to the stones he's levitating to make the magic absolute clear.

Thanks for reading through all of this!

You can find all updates and new projects on my Insta Here, my ArtStation Here, my Linked in Here, and my official portfolio Here.
Thanks again!