Hello everyone ! Just below you'll see several projects I chose among all I did during my three years at ESMA, I hope you'll like them ! 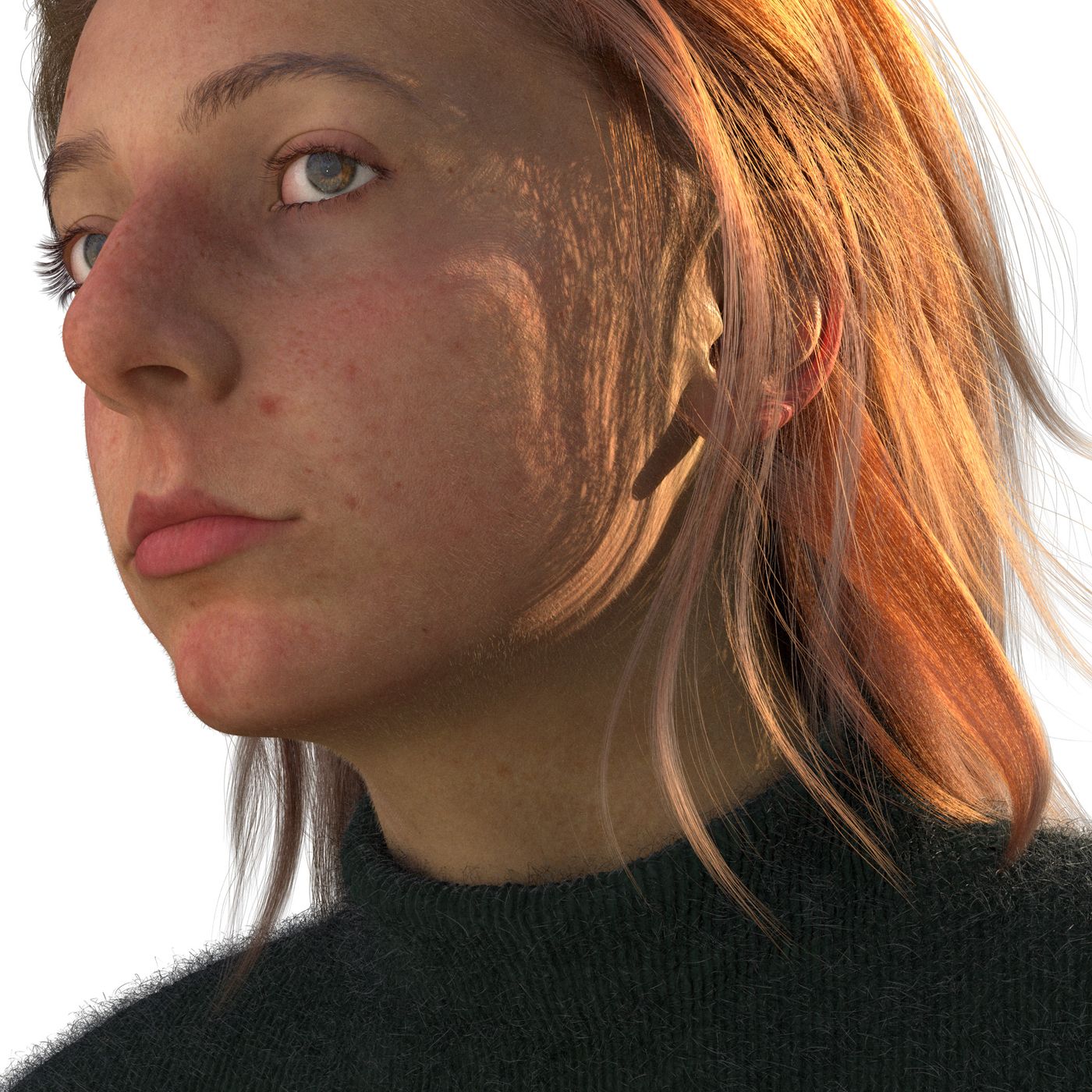 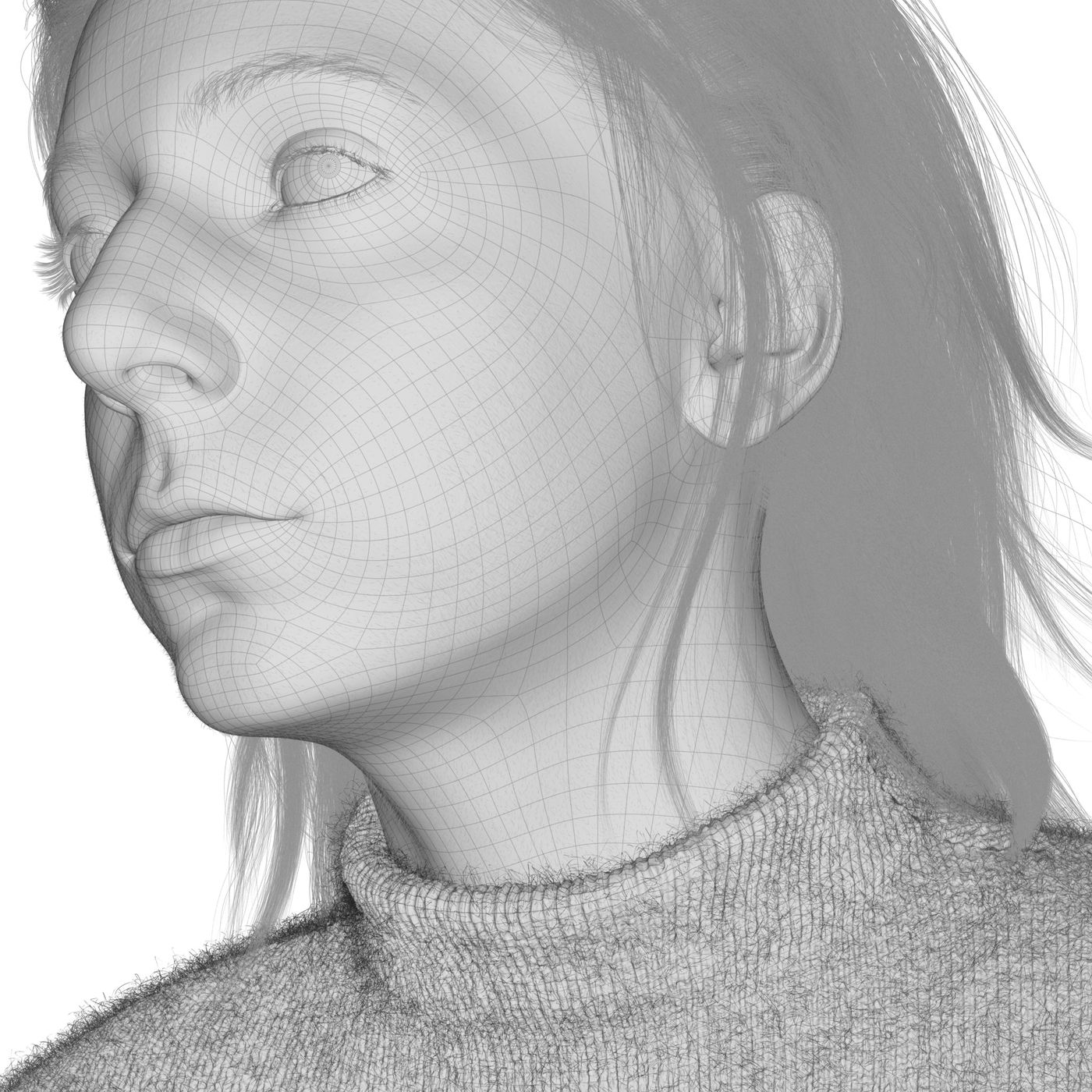 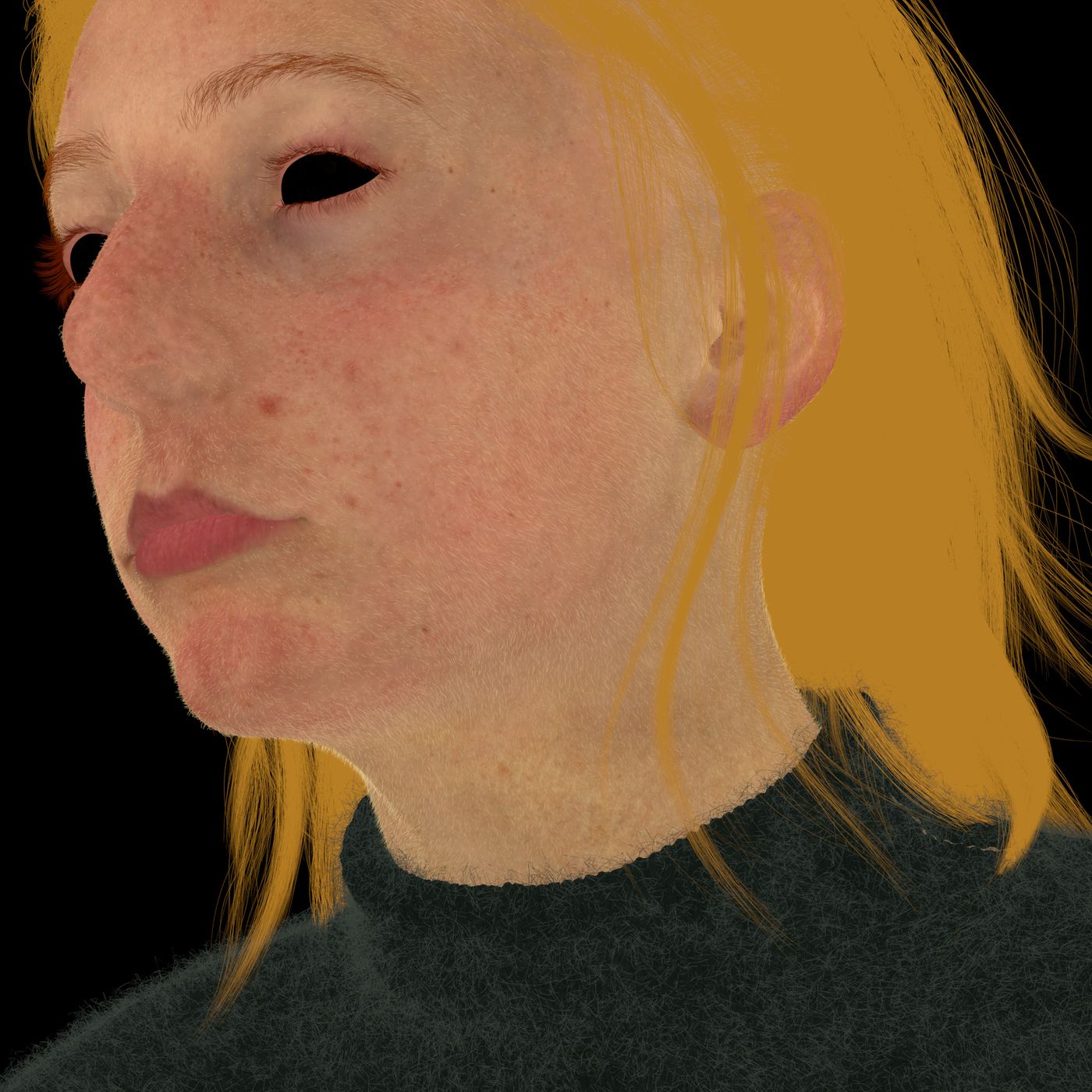 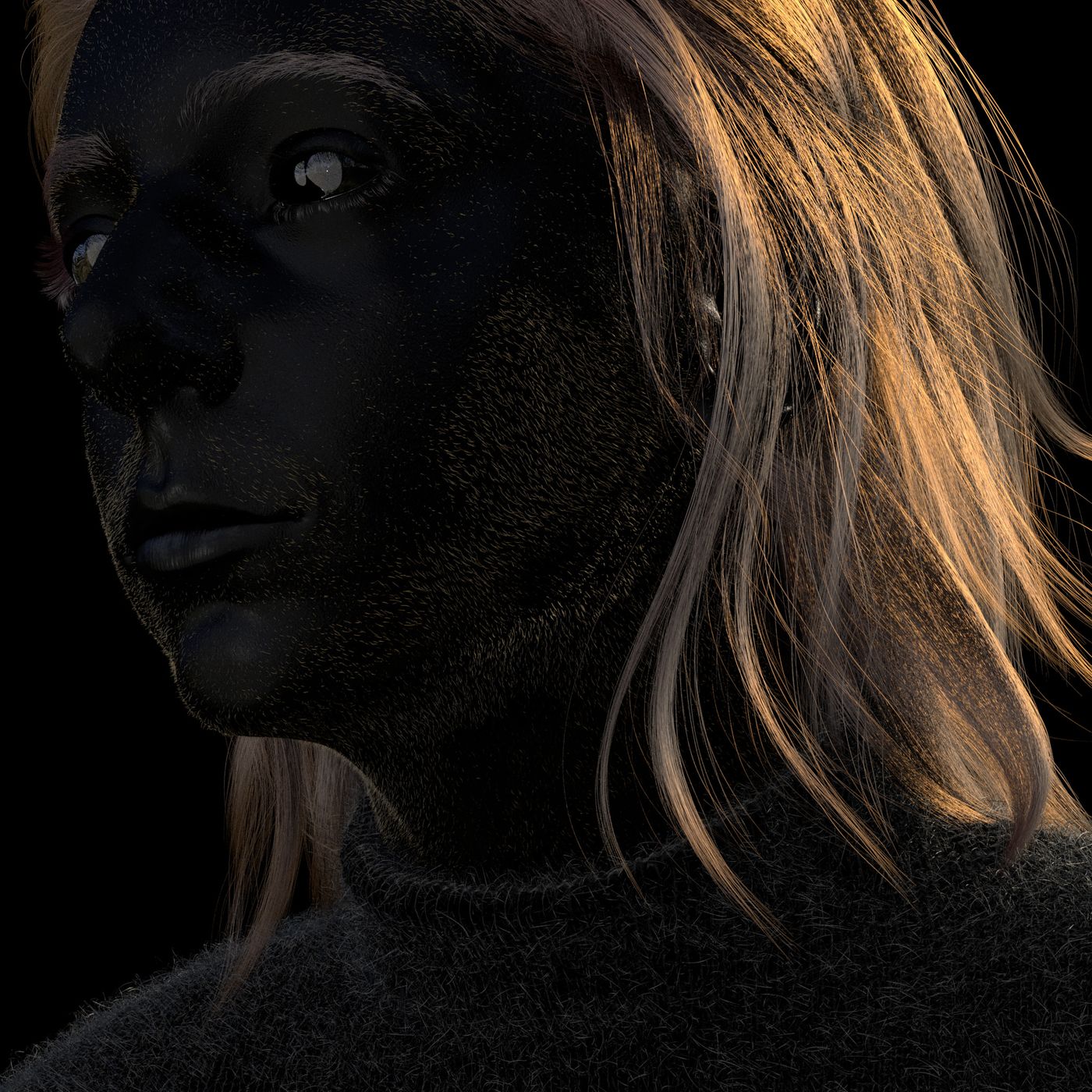 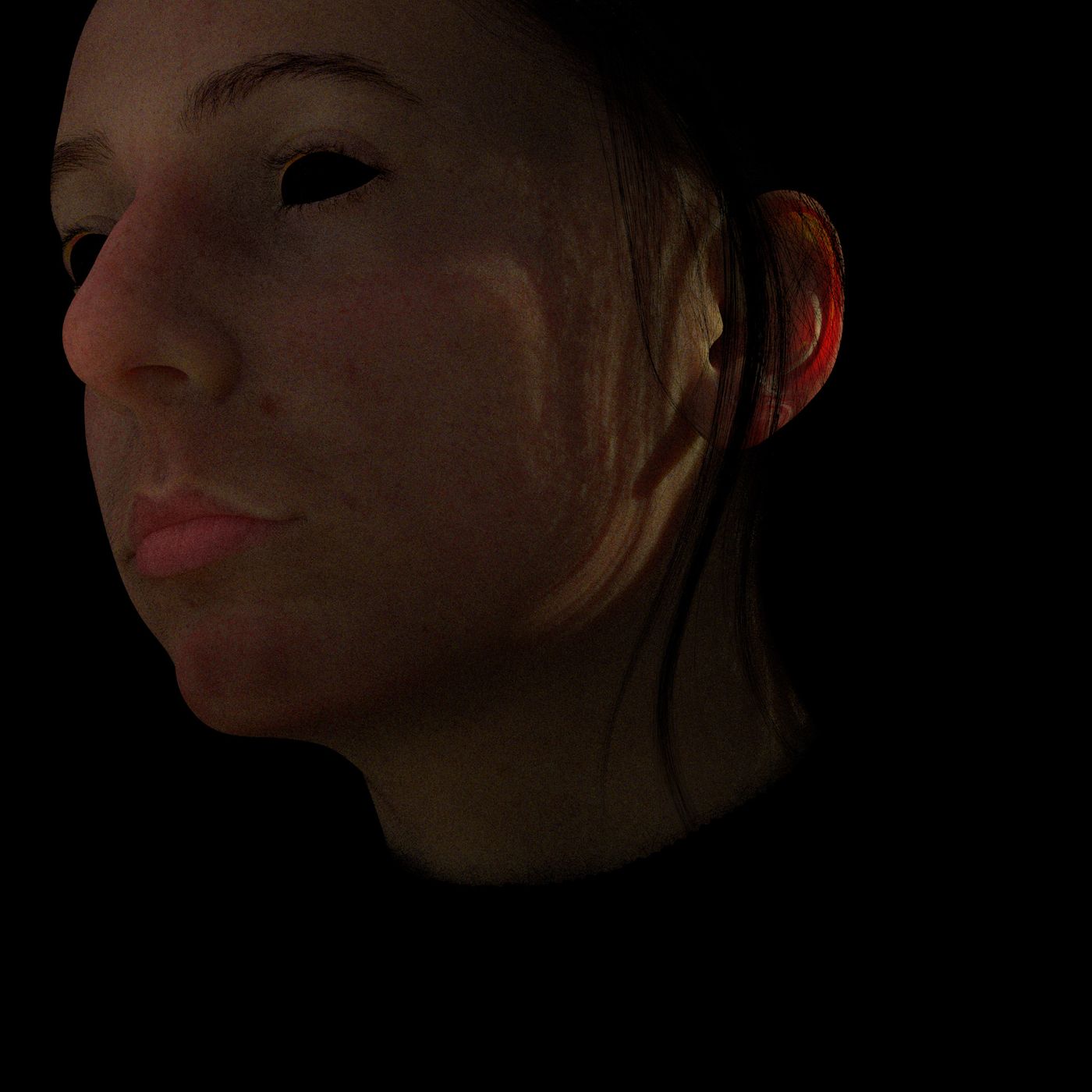 Project of my 3rd year, I had to recreate my face in CG as realist as possible.

So first, we used photogrammetrics to create a scan of myself and used WRAP 3.3 to retopologize it. Then I had to manage the most tricky parts of the modeling as the ears, the mouth and the eyes using MAYA. Then, I did the grooming with XGEN and the texturing using MARI, to finally achieve with the lighting. 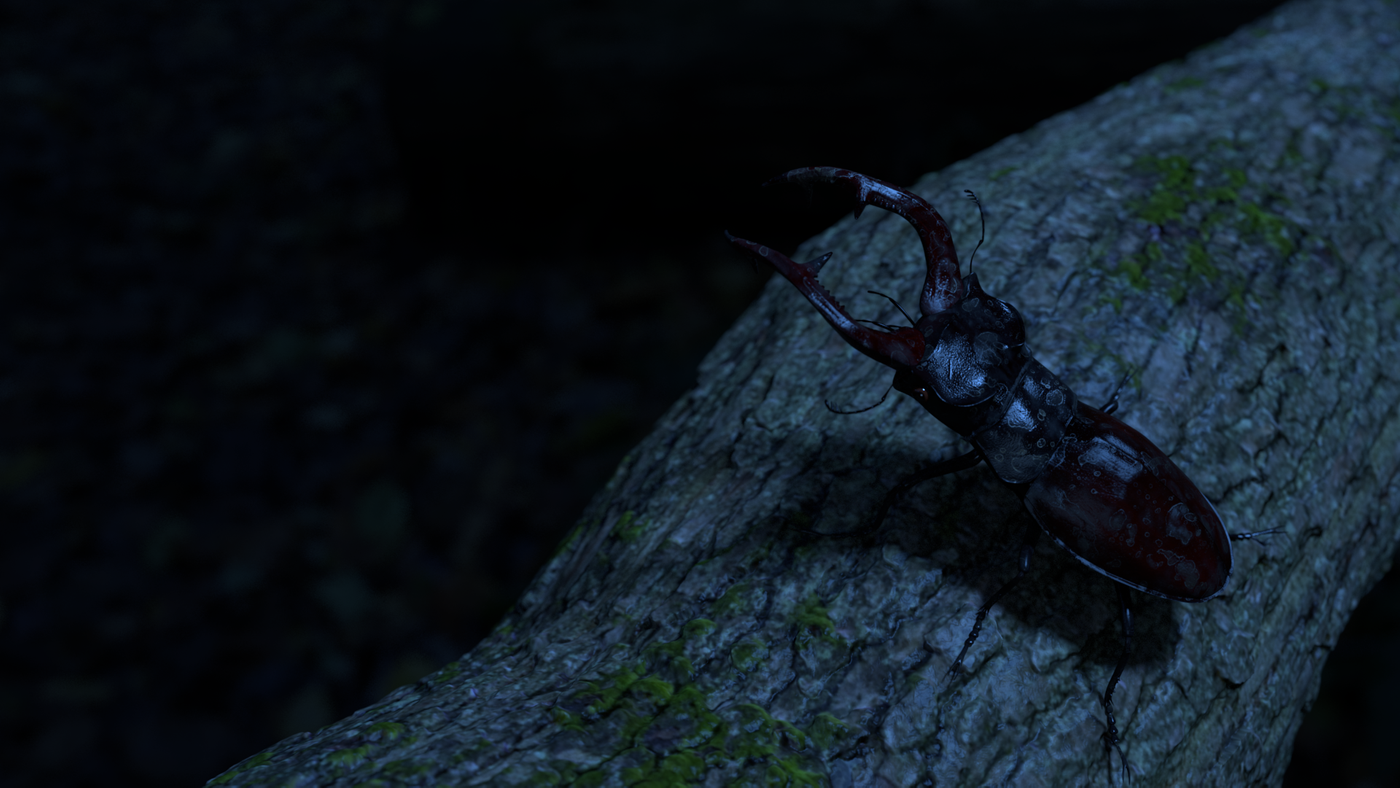 Project of my 2nd year, I had to choose an insect to recreate it in CG. I chose the stag beetle, one of my favourite insect.

First, I had to do researches on it. The face, the body, the mandibuls, I knew everything to know on the stag beetle. Then I began the modeling on MAYA, I also used MUDBOX to sculpt the tiny details. Then the texturing was done with PHOTOSHOP and for the lighting, I chose to do a 'moonlight' to create a stong atmosphere. ( I did also the branch )

Then, I had to transform my insect in compositing, using Nuke. 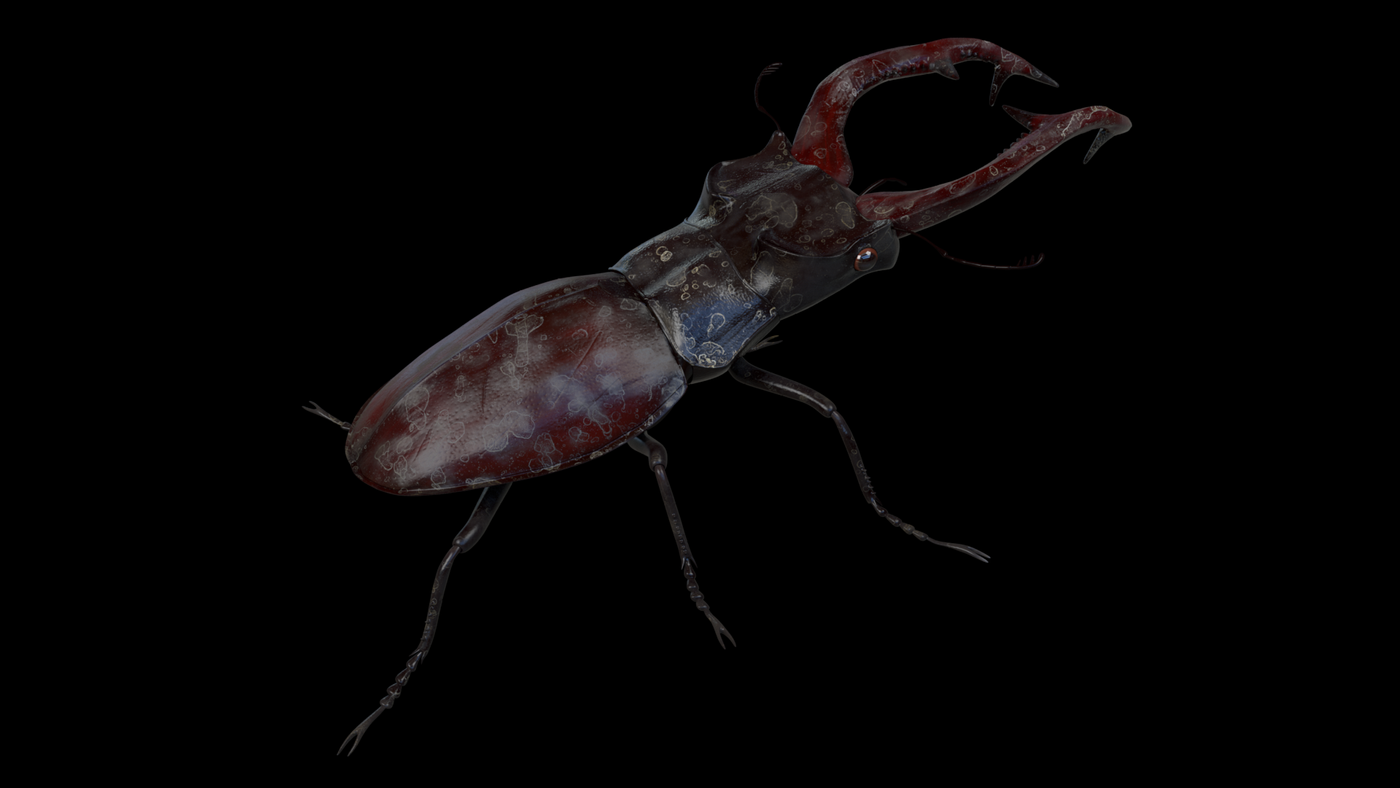 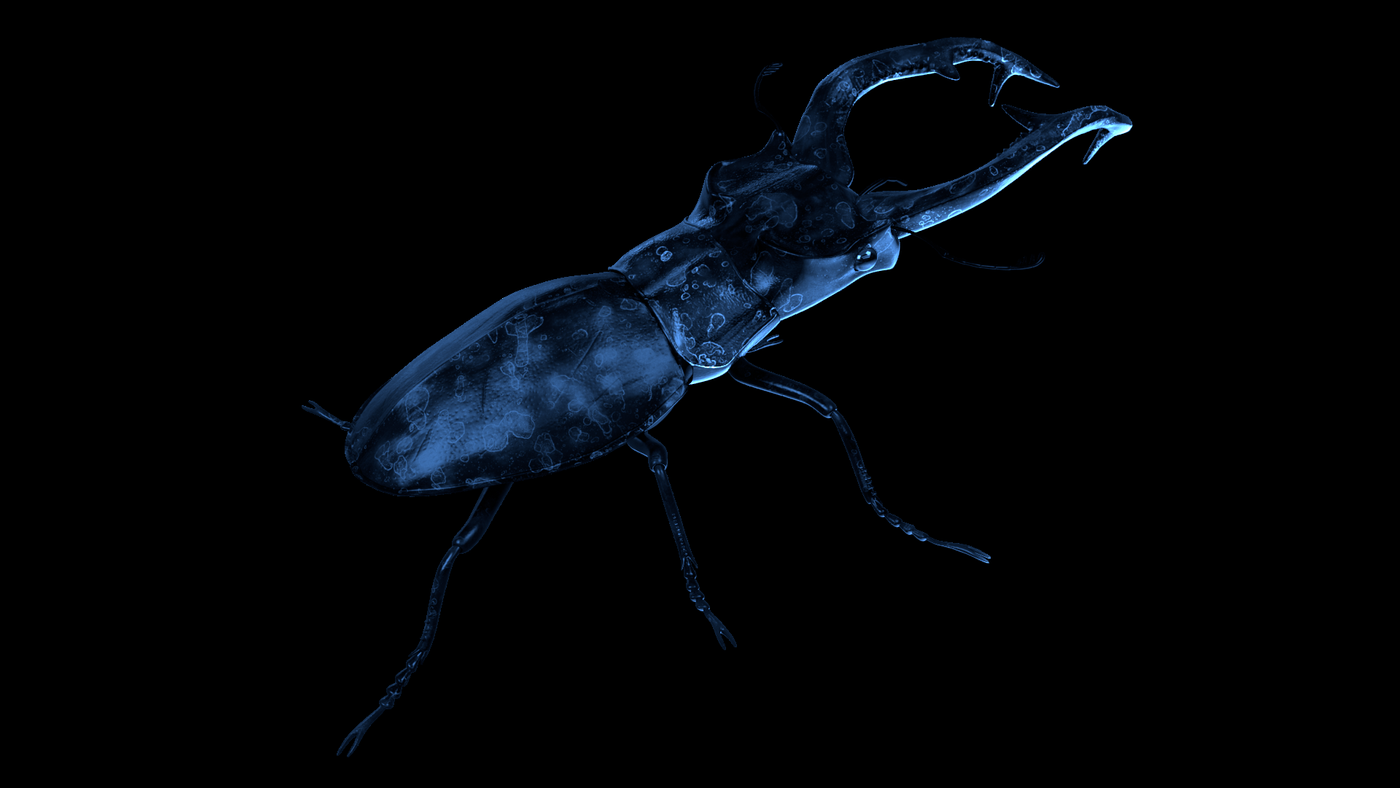 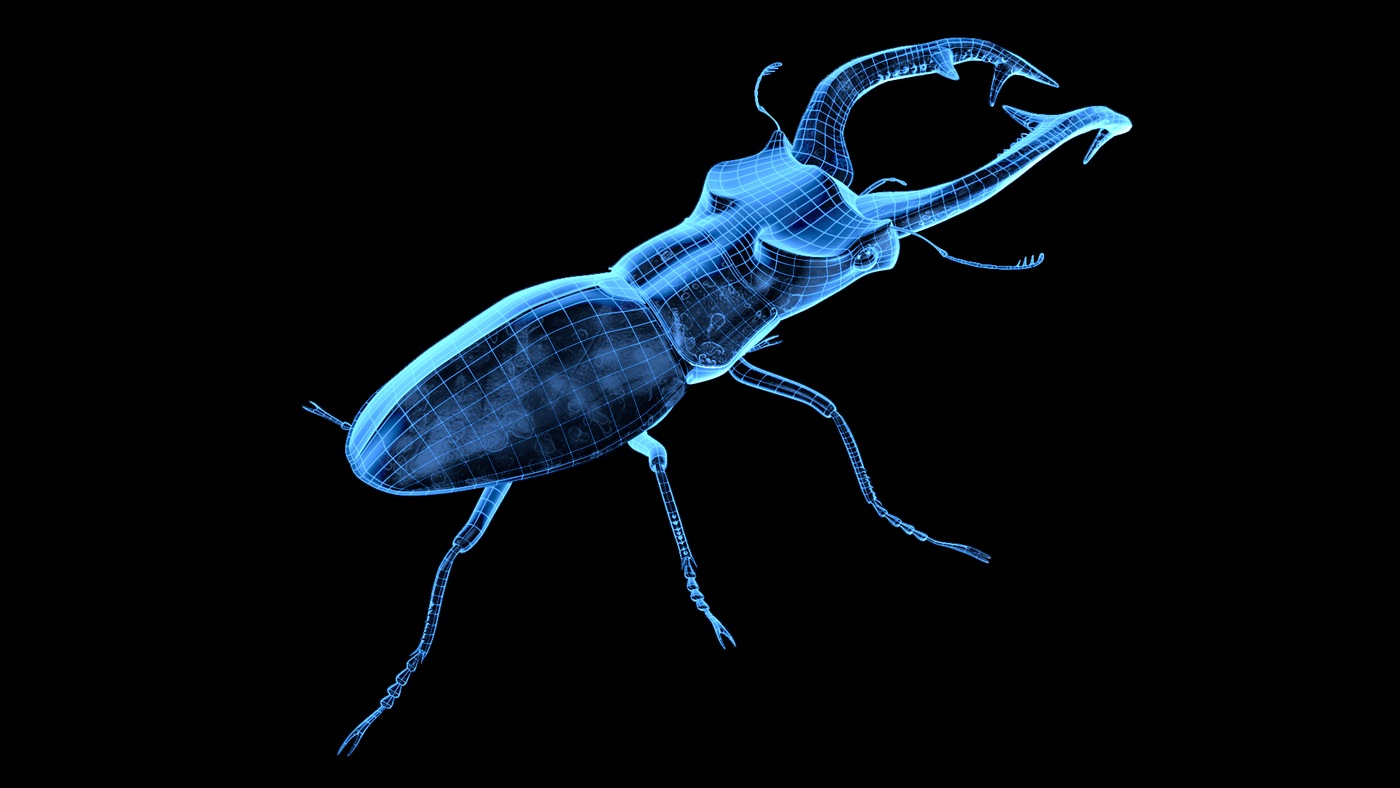 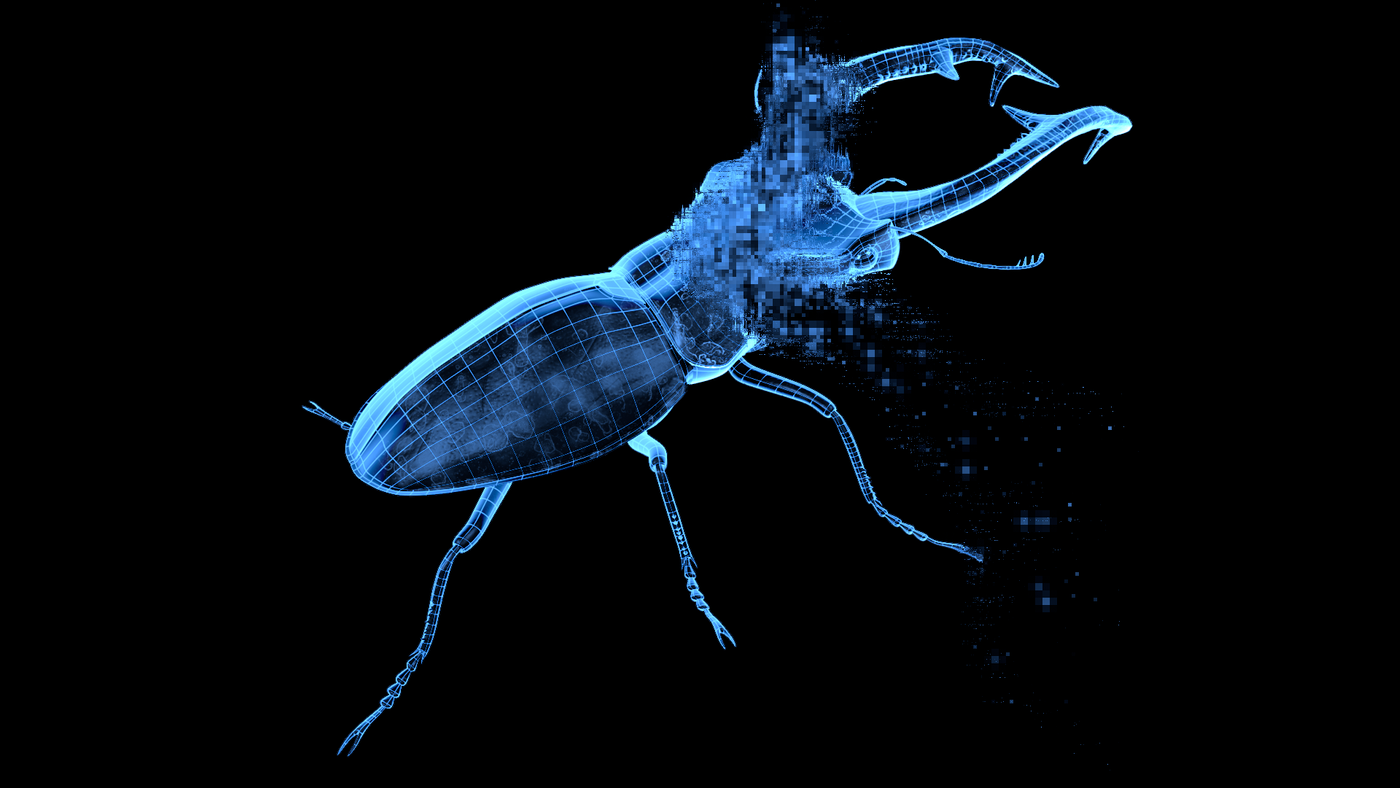 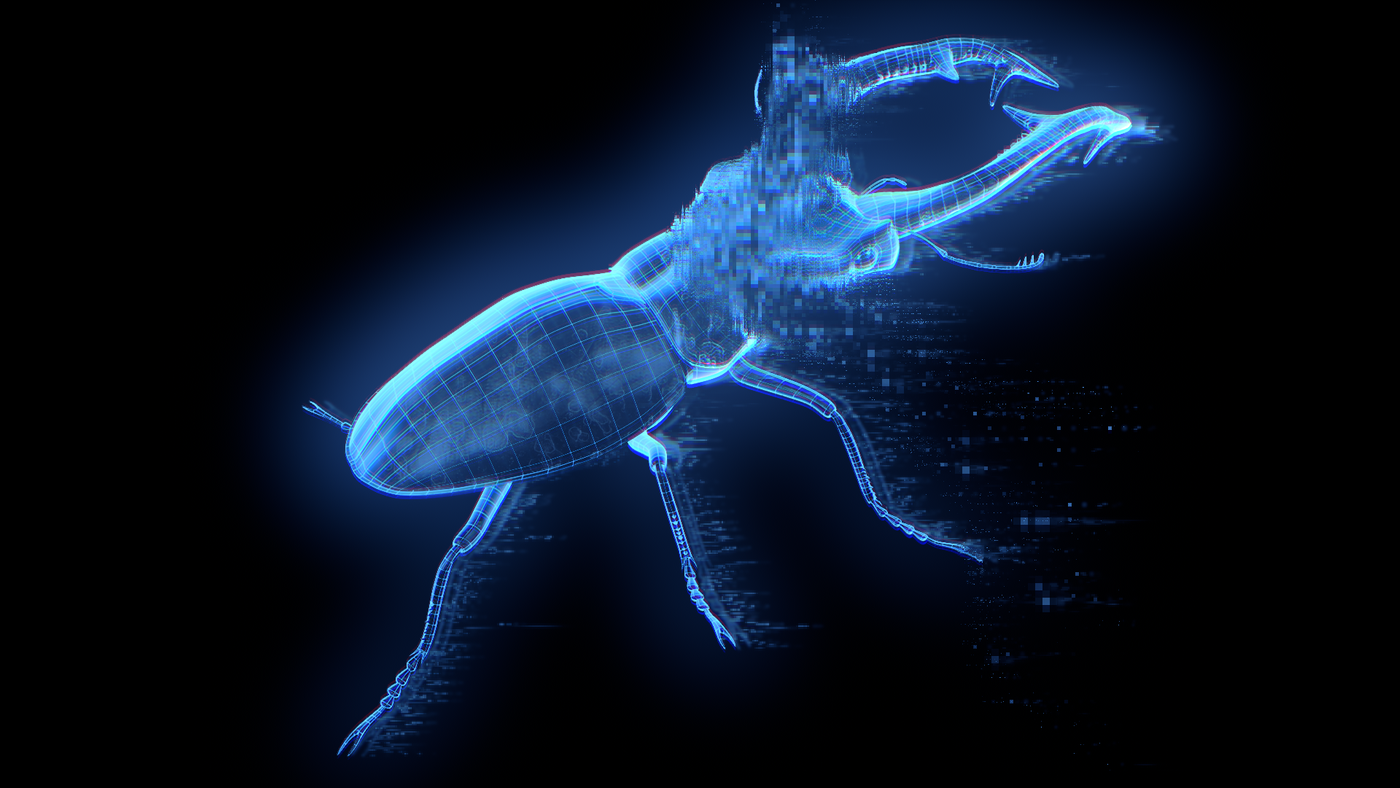 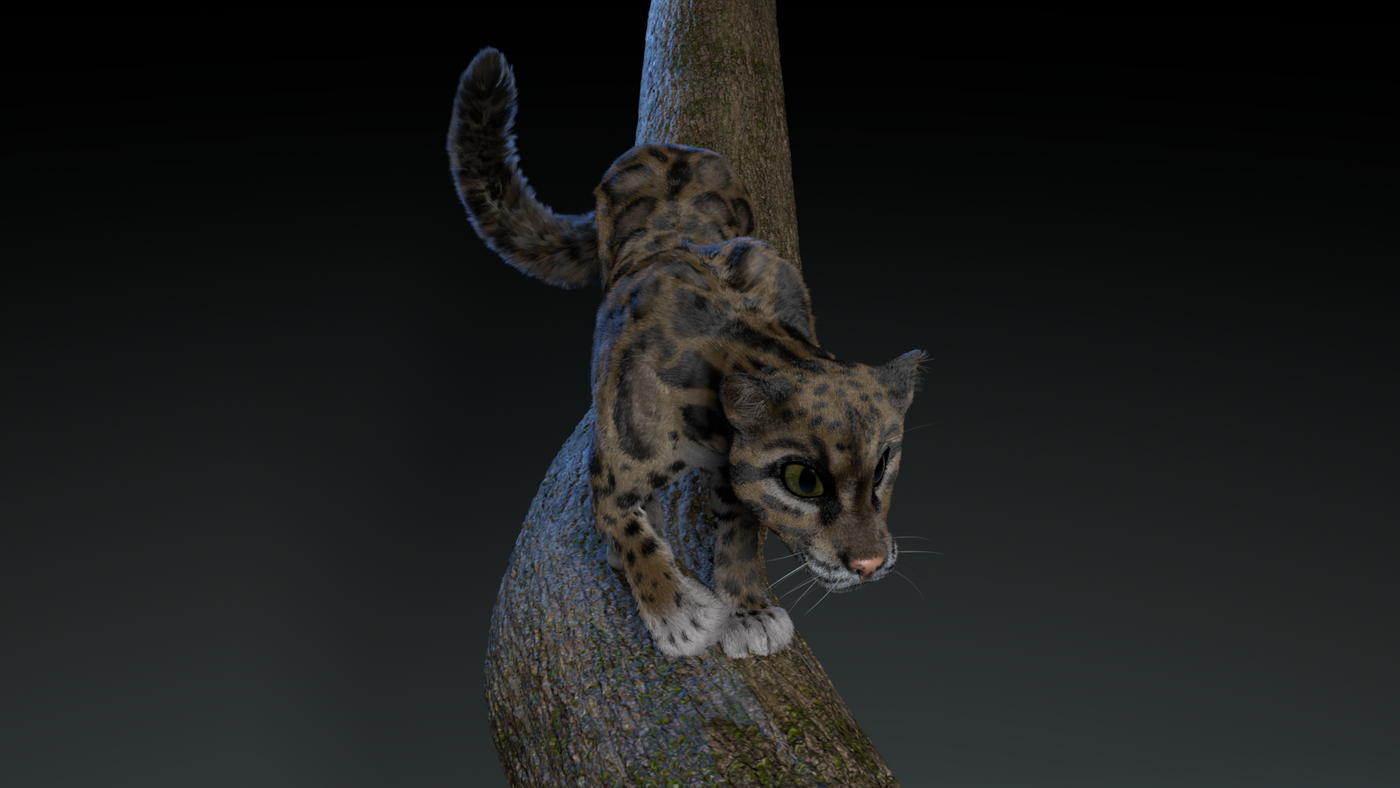 Project of my 2nd year also, I had to choose an animal with fur. I chose the clouded leopard, which is one of the most gorgeous animal I ever seen !

So as the insect project, I did many researches on it, I had to redesign it on paper and then I began the modeling on MAYA. I created the fur with XGEN and I did the texturing with MUDBOX and PHOTOSHOP. Then for the lighting, I wanted to create a blue rim light on the fur of my leopard as I saw on many references. (I did also the environment) 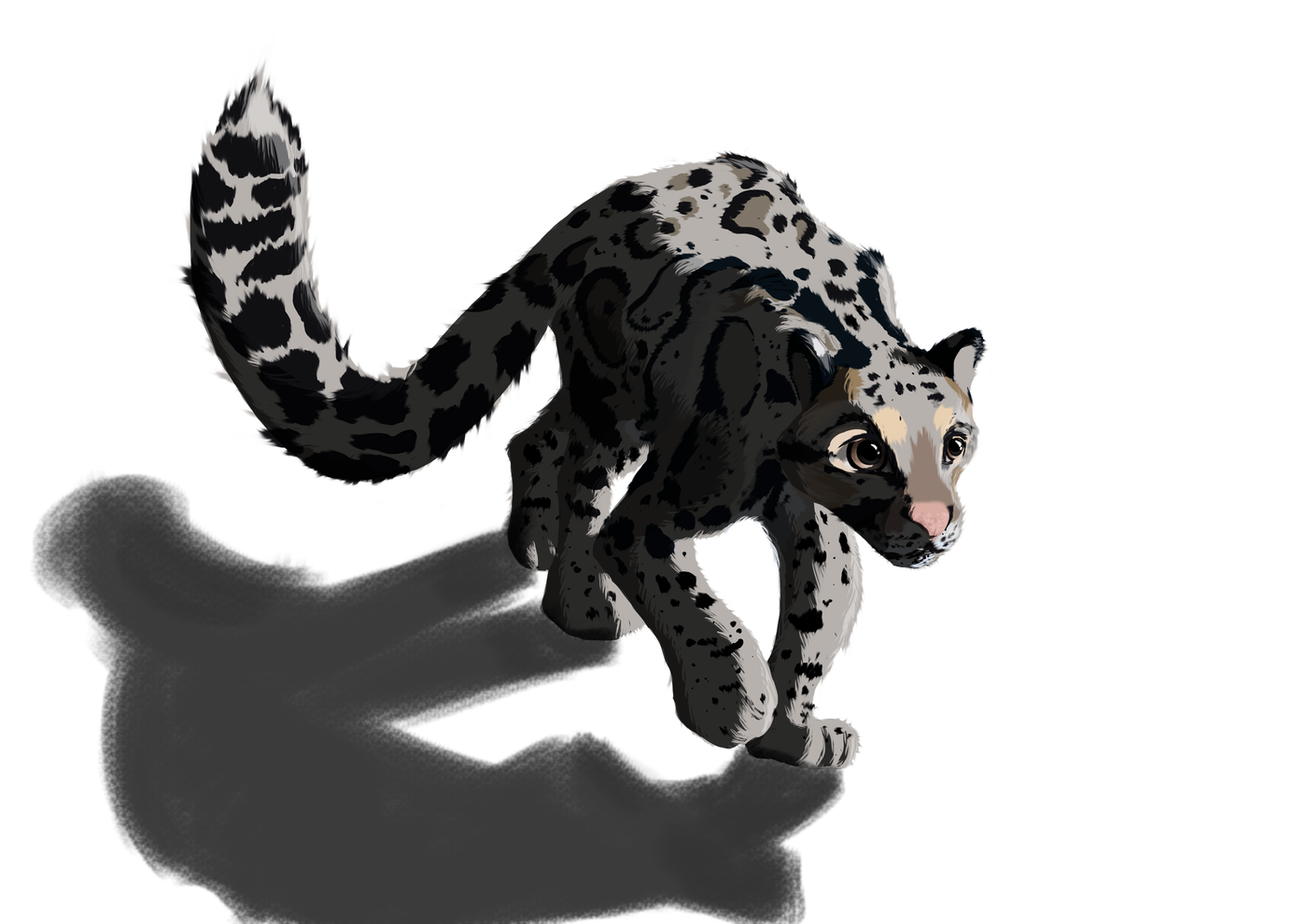 Project done during my 1st year at ESMA, we had several months to imagine an artist's room, create her a story and draw a concept of the room. I wanted to represent the room of an ice skater, and tell two differents stories with two different frames. The first one shows the risk of the figure skating and all the pressure to face up. The second one shows more the beauty and the style of it.

The concept done, I did the modeling in MAYA and used PHOTOSHOP for the texturing. 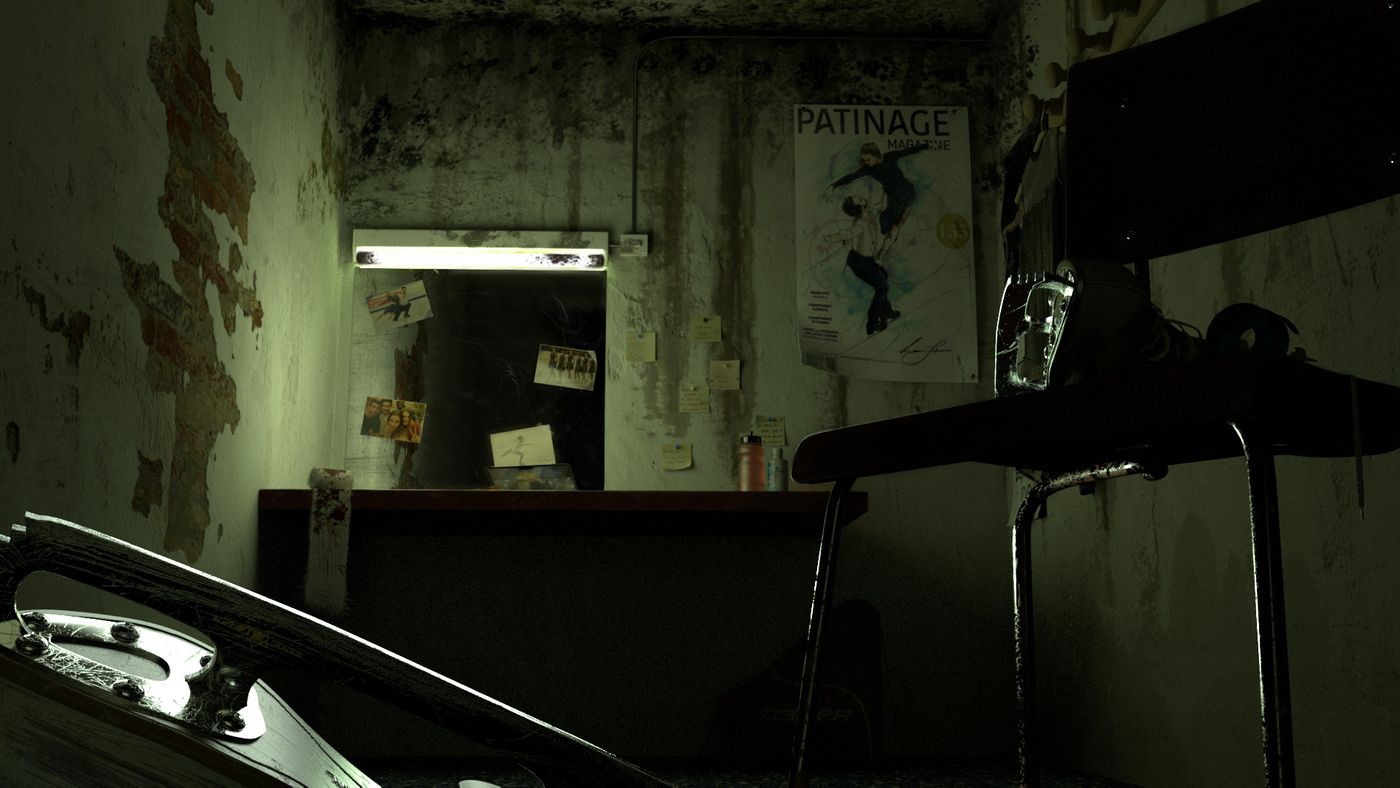 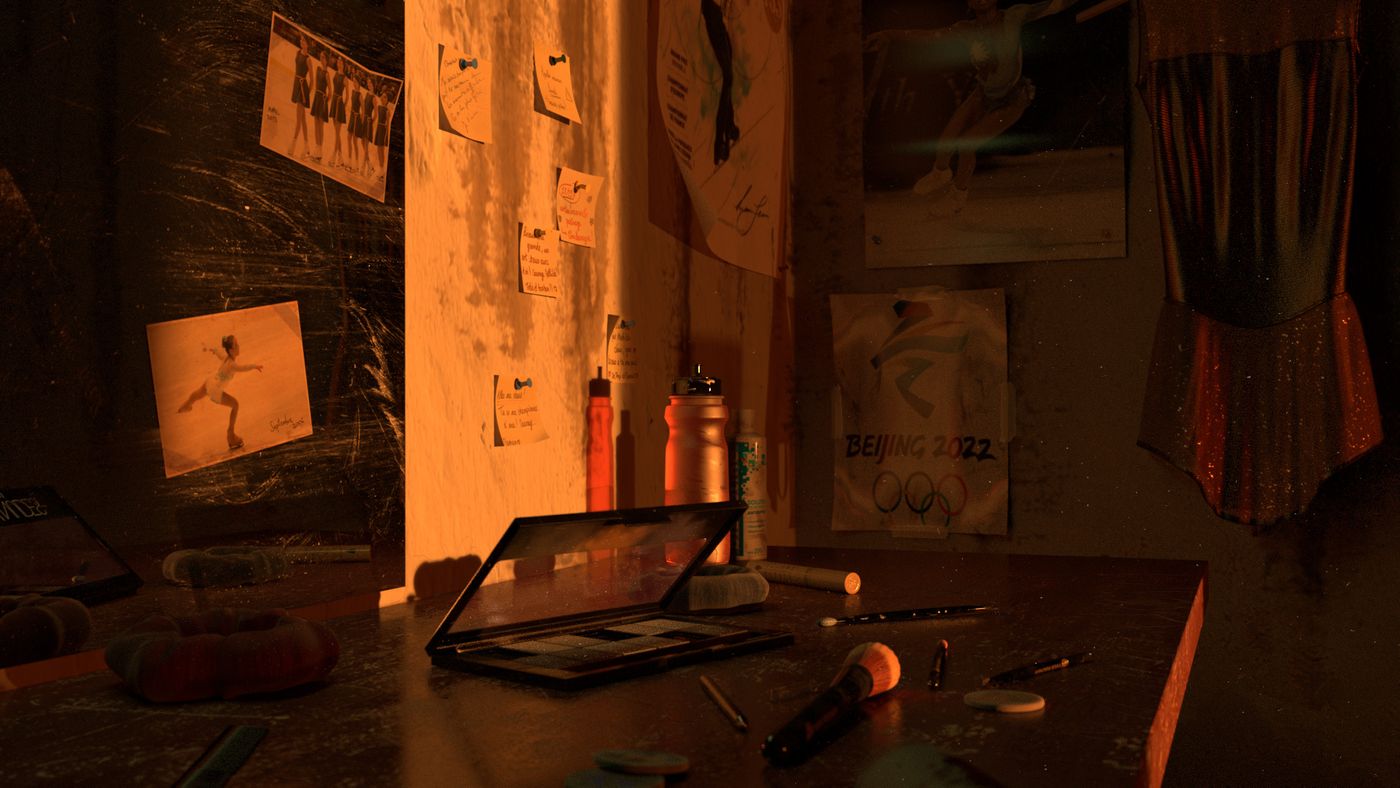