To Model a Character within a sculpting program.

Being a bit late to this contest, I would like to create a 3D Model within a digital sculpting program, encapsulating the style of this image (An image that I have had for some time and can't think of a better opportunity than right now, to do something connected with the 1900 era a personal favourite era of mine or 1900- 1930s in general). The main focus will be to create a 'head sculpt' and 'clothing sculpt' of one of the youths using a teenage body base-mesh that has been sourced, to start off with. Particular focus on anatomically correct facial features, associated age and sculpting his hair, hands and clothing for one of the characters with some detail. Everything is to be sculpted. I'm not venturing into the world of Groom on this occasion.:) mainly due to time constraints. But would like to have him on a rendered turntable if possible.

Also to include some props, ie: the newspaper and the pipe and some form of ground, being they are on a cobbled street for a bit of drama and substance. Photographic Reference is to be sourced in the form of a single 'Mood Board', in order to study clothing of the time and general look. The detail in the fabrics using 'noise' or 'displacement' maps should be apparent. The render is to be a mixture between 'partially stylised' and 'photorealistic'. Whilst this is bold, I have particular people I really like the style of, and the visual character they project on their imagery and substance...

Whilst there are many others, these three, sum up the style I really like. era being 1900's through to 50's

The final image is to be a still image render (1920 x  on longest edge) using a clay style shader. The focus is to model a clean 'retopologized' production-ready (T-Posed) character. I would like to pose the character as well. (Perhaps leaning against a wall, the one leaning looks like the ringleader, a young Thomas Shelby perhaps? :)

Also finally as the deadline is quite soon, I wish to test myself as to how quickly I can move my- self.

i.e. Get it looking within the 'briefs set requirements'. I shall try and post some evidence that I have started recently.  I think having a well-sculpted nicely rendered model by the 6th Jan is quite achievable. I've spent a fair time learning new techniques over the last year whilst driving on the side and now feel more confident that I'll produce something decent, or at least to the level I am at currently.

I have started with a generic base- mesh. The image below shows the low-poly obj. import and the wireframe of the same. The base mesh has been sourced on the internet. 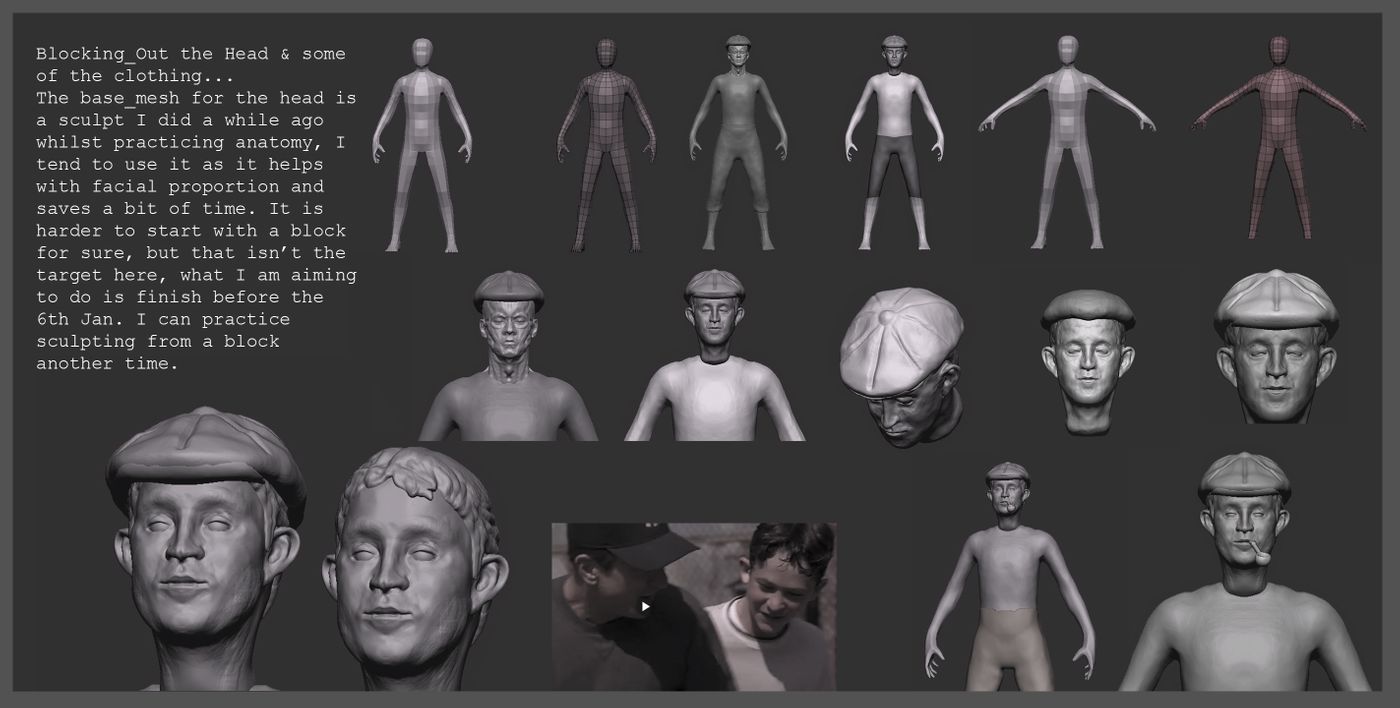 Evidence of date started with exif_data taken with a Canon DSLR. 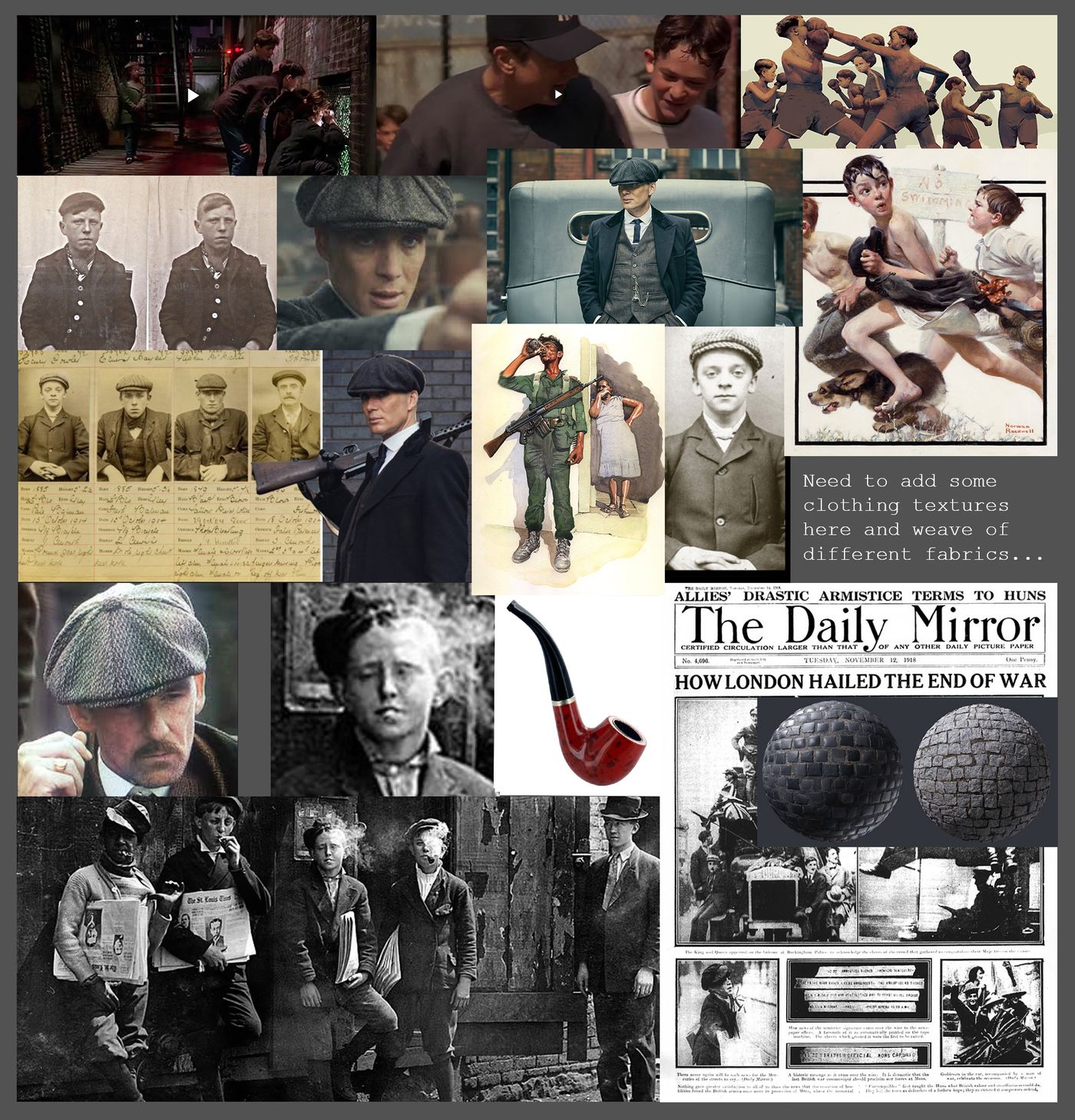 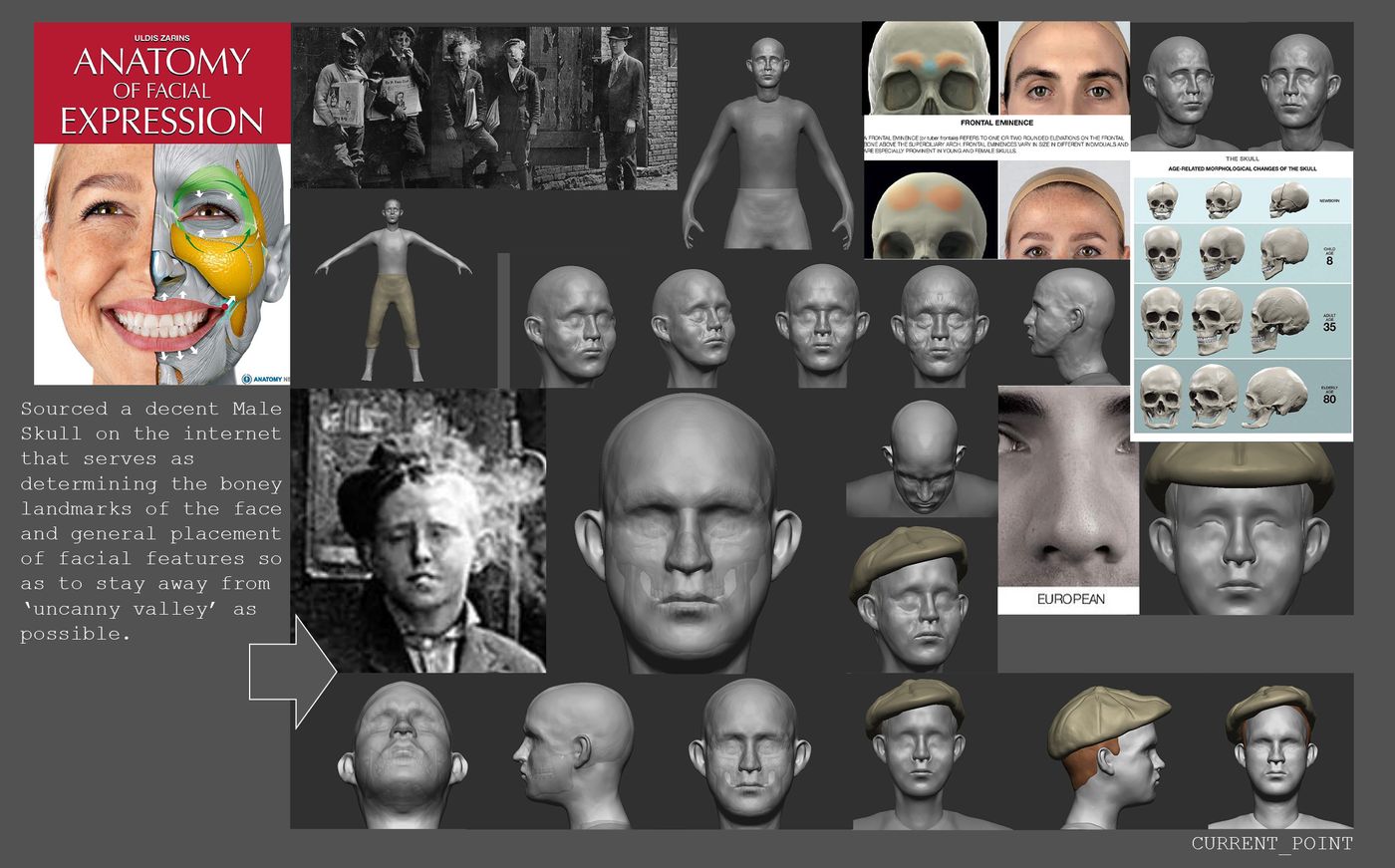 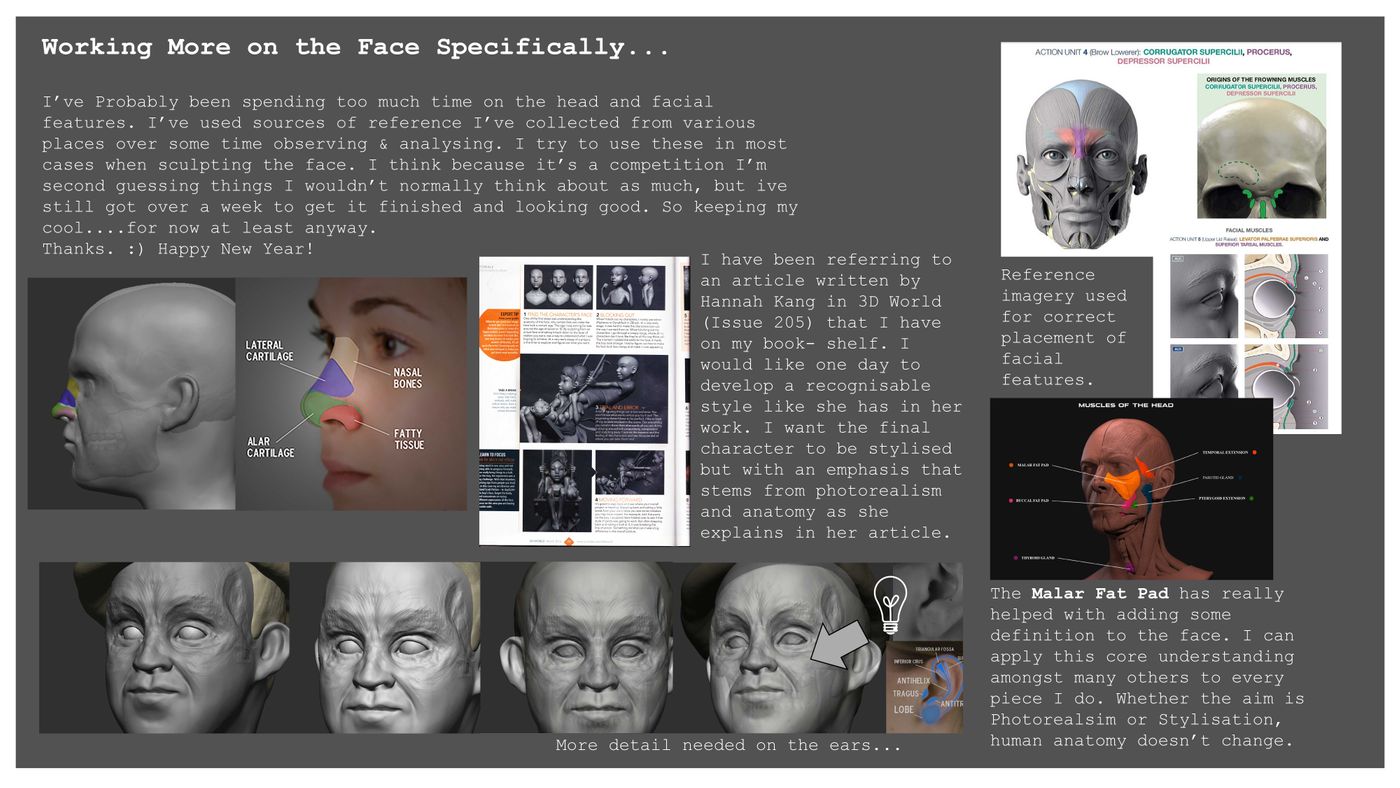 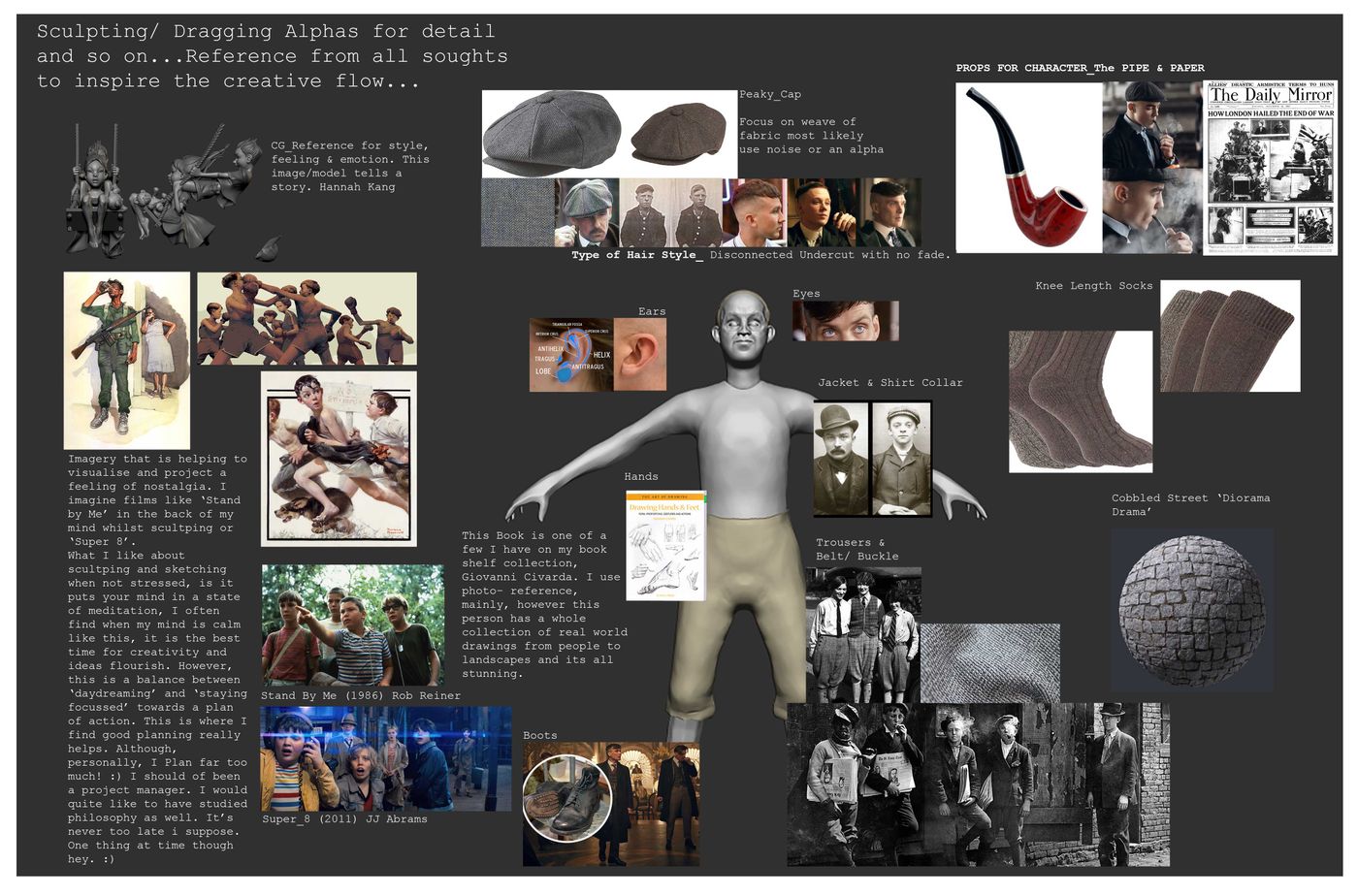 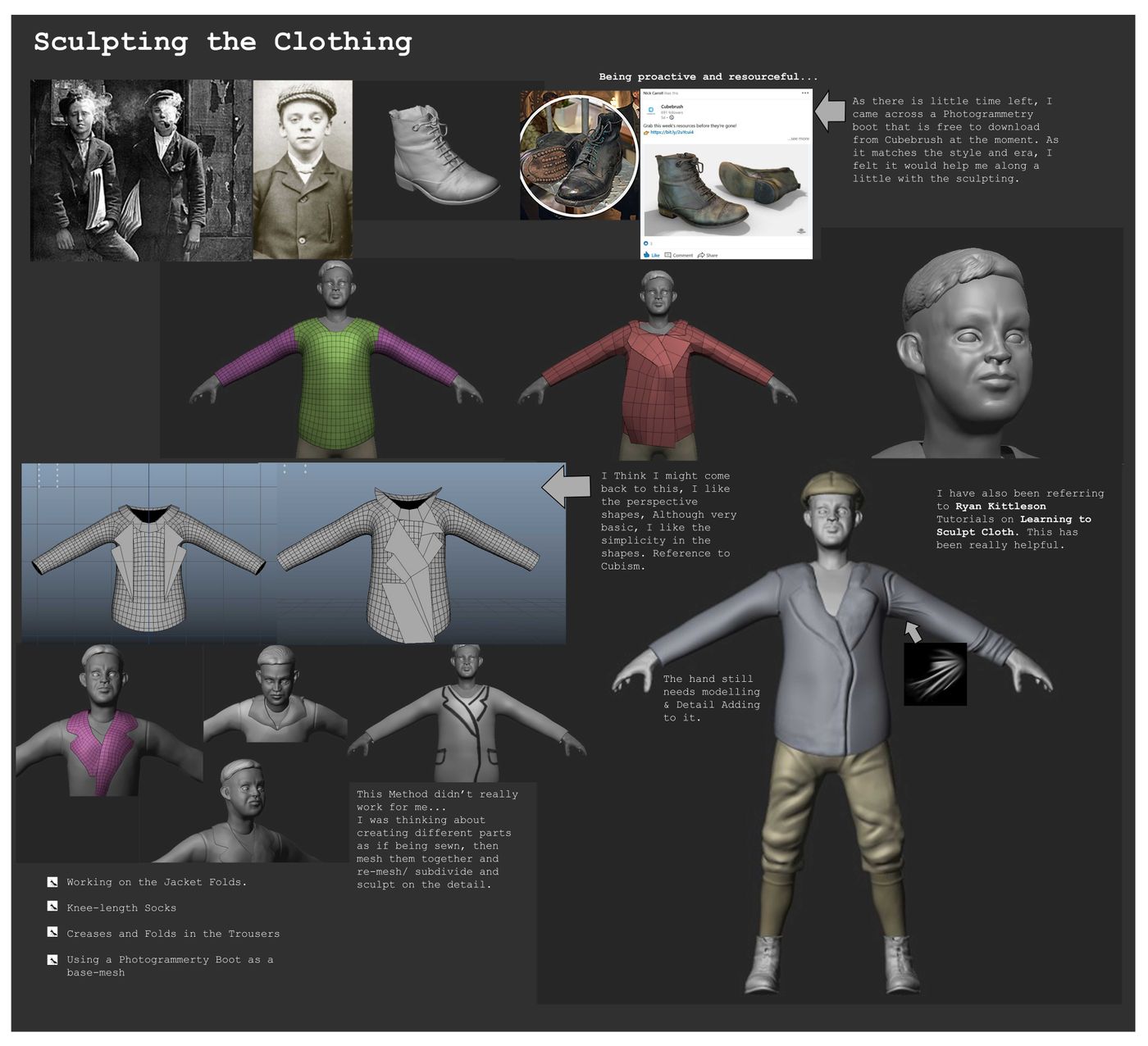 Requirements: 1980 px on the longest edge. 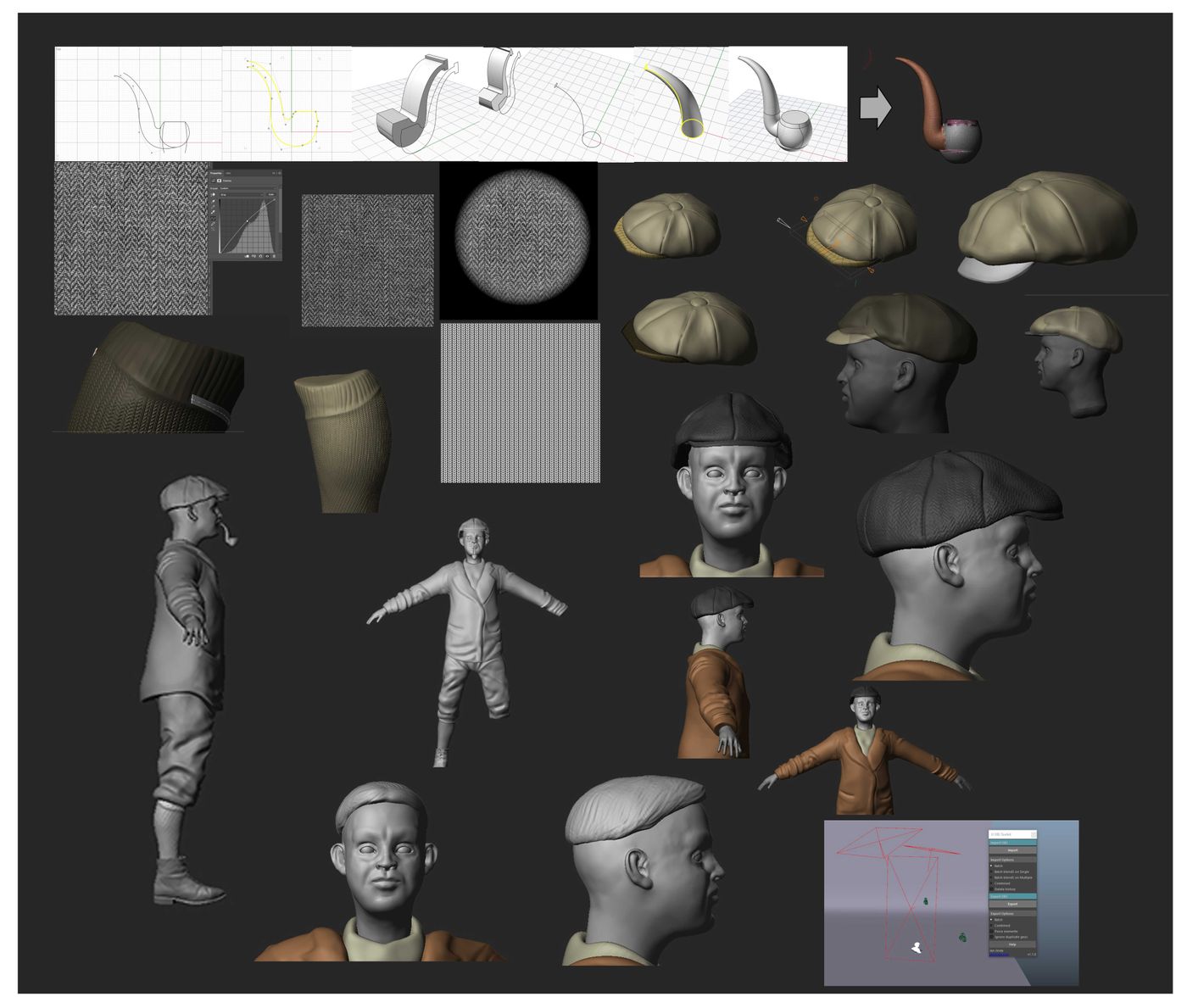 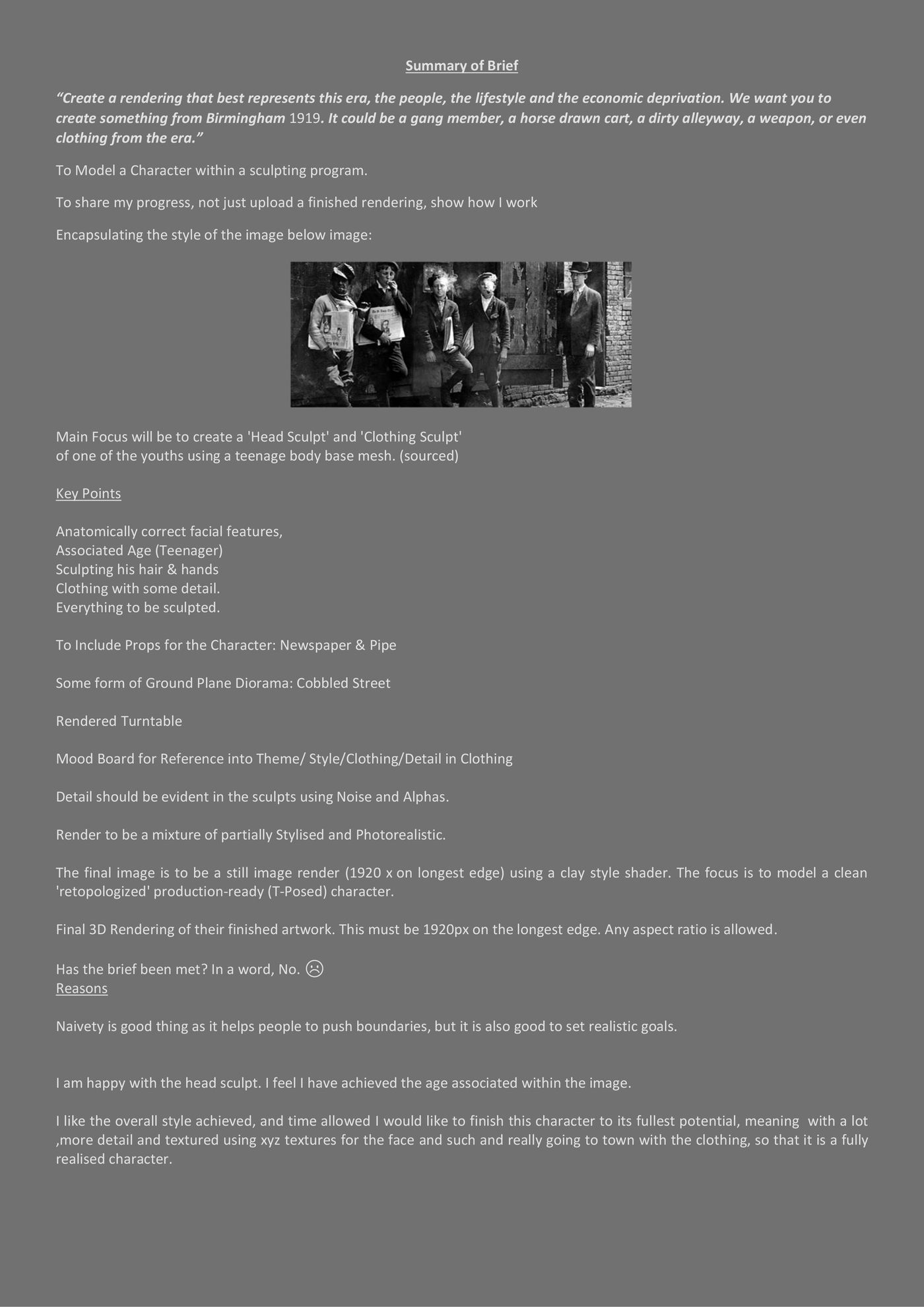 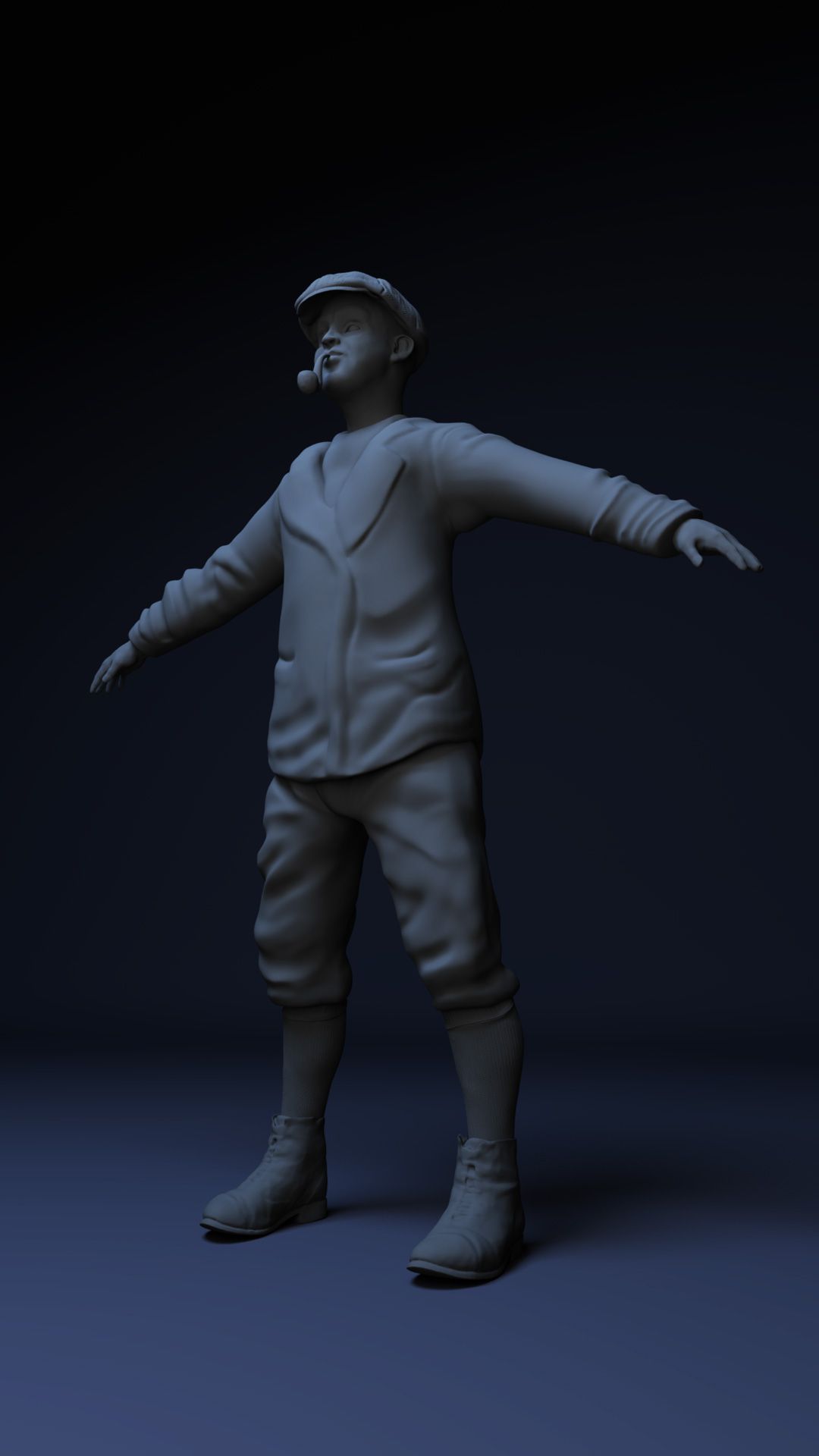 Thanks very much for the opportunity and Hope there are more Netflix and Chill competitions coming soon.