Work in progress of my Peaky Blinders competition entry. Decided to create the Garrison Pub, the meeting place of the gang.

After so much needed crunch time, I managed to somewhat complete the project. I’m happy with some parts of it (Like the sofa) but I’m also not too excited about the other parts (Like the wall or light). Unfortunately due to holidays I didn’t have enough time to spend on my project, however I feel like I did quite well for the amount of time I had. I wish I had more time for texturing and lighting or to even finish my original idea however that just wasn’t possible for me.

Nevertheless I really enjoyed creating something out of my comfort zone as I’m typically a more organic focused artist. It was fun to challenge myself with creating more hard surfaced models. 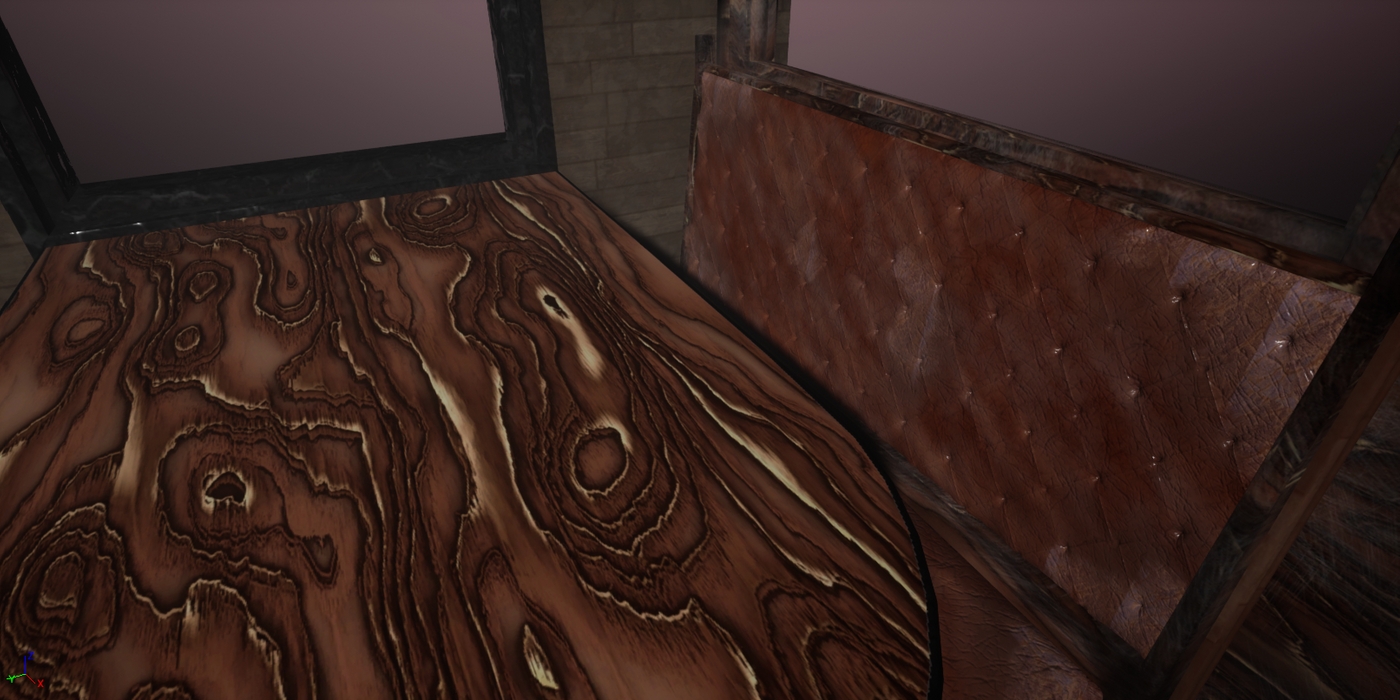 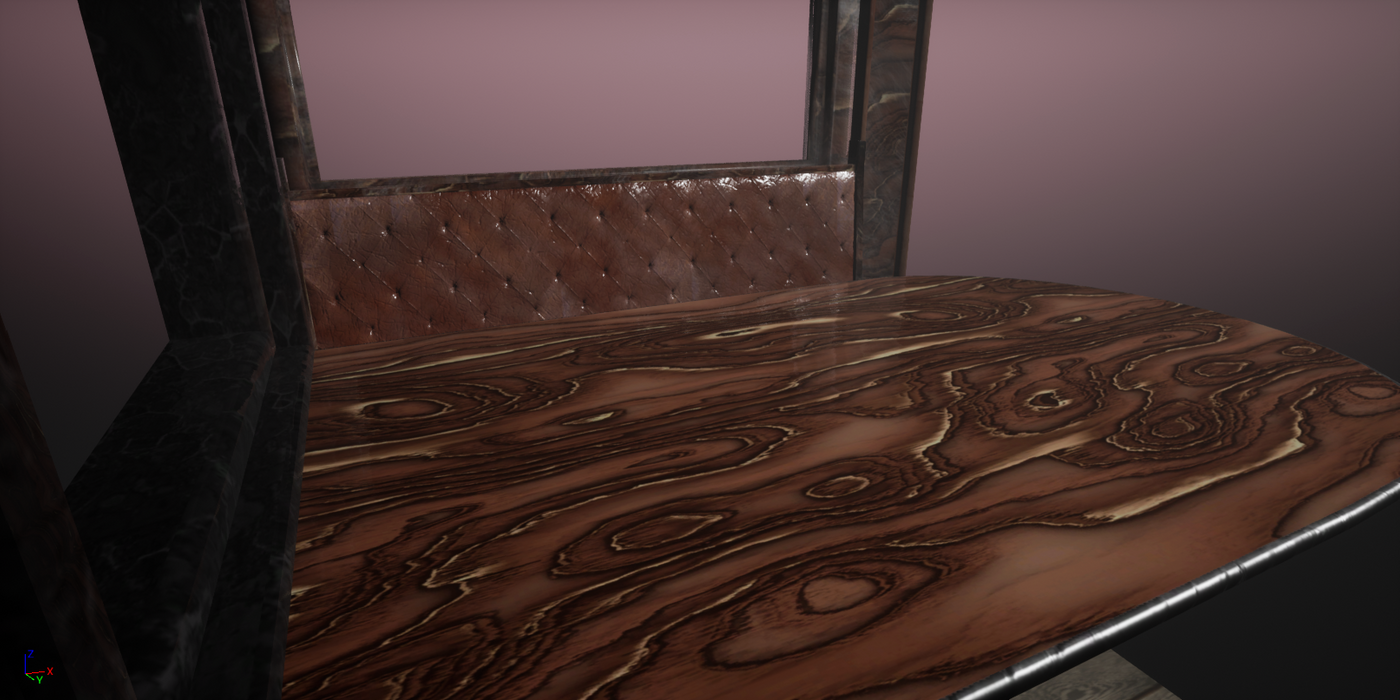 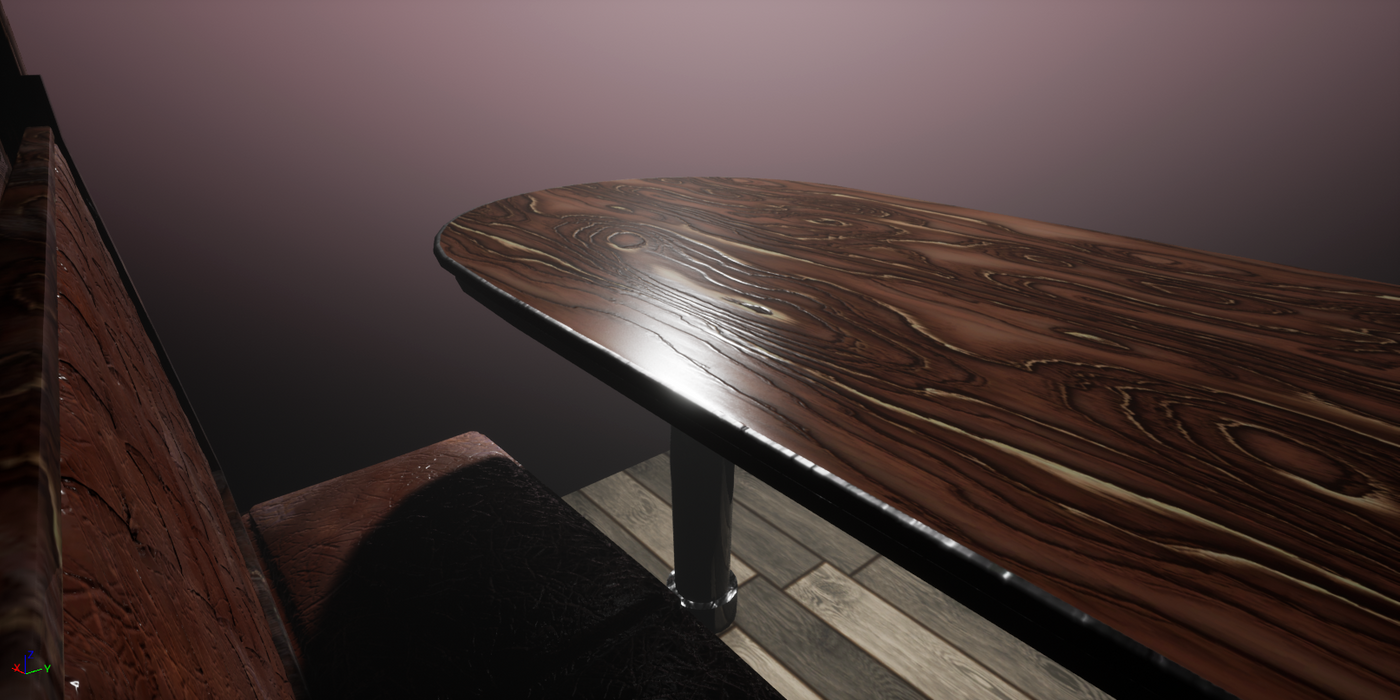 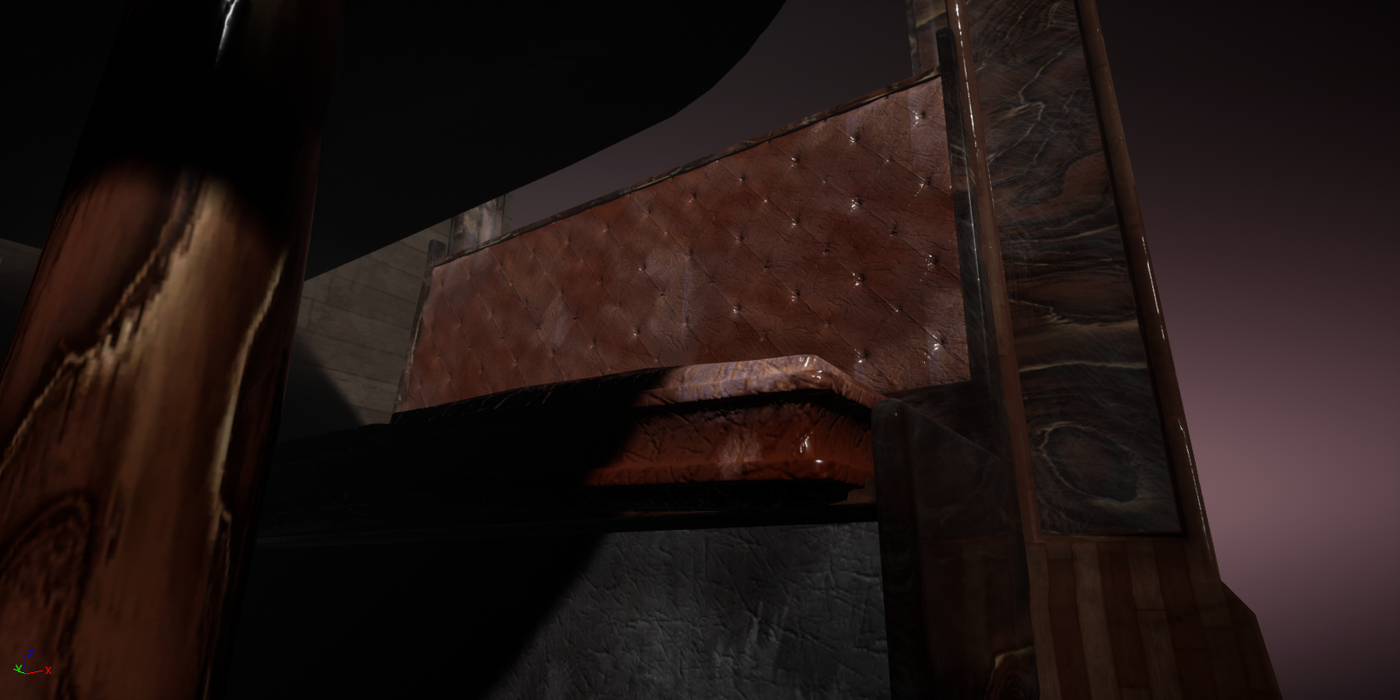 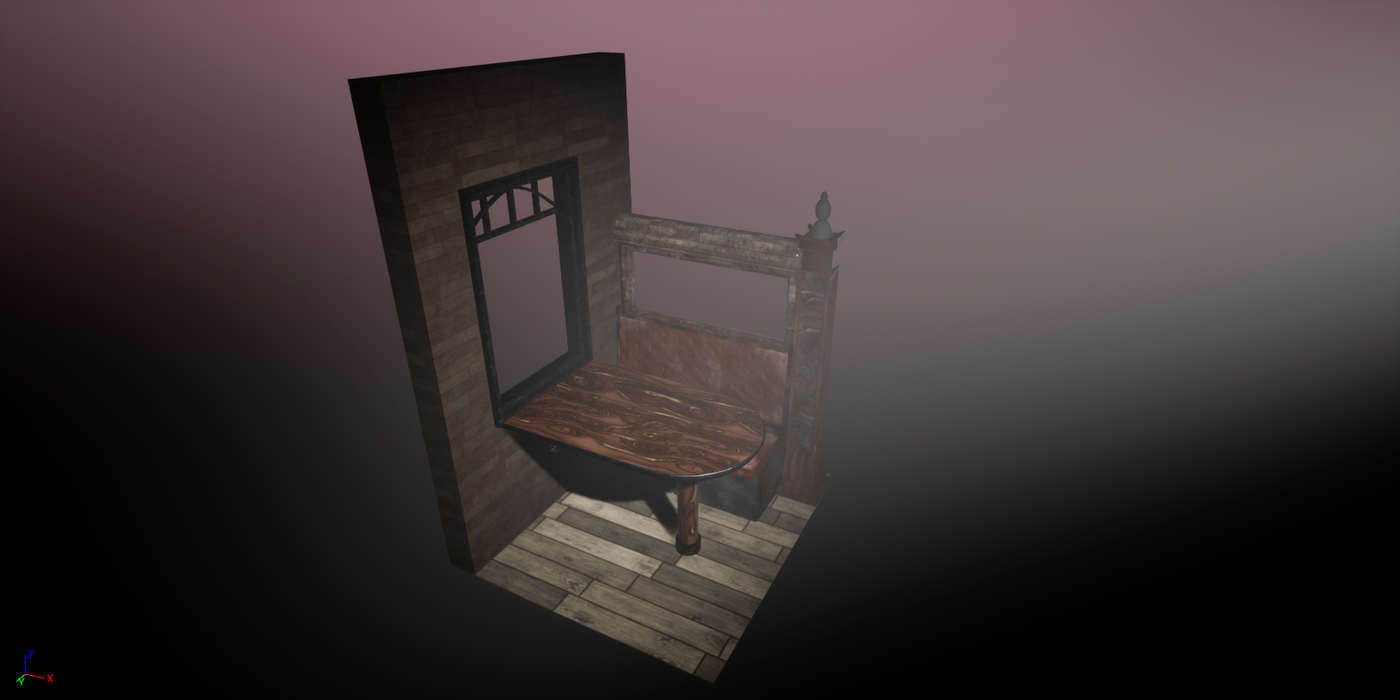 Overall I managed to learn a lot of new techniques along the way. I now know how to very quickly create sofa holes. This can end up really useful in some organic shapes in my future projects for sure.

Out of all the models in here I have to say that by far I’m most pleased by how the sofa turned out. If I had more time I could have probably made bigger wear holes in leather inside Substance Designer and make the laminated wood fit more to the model in order to get that old wood feel to the sofa and make it more pronounced.

Unfortunately I wasn’t able to work over the holidays as I planned originally. Because of this I will have to scale down my project from what it was originally. Over the holidays I did very little work for the project which was mainly making the materials I’m going to use for my models. 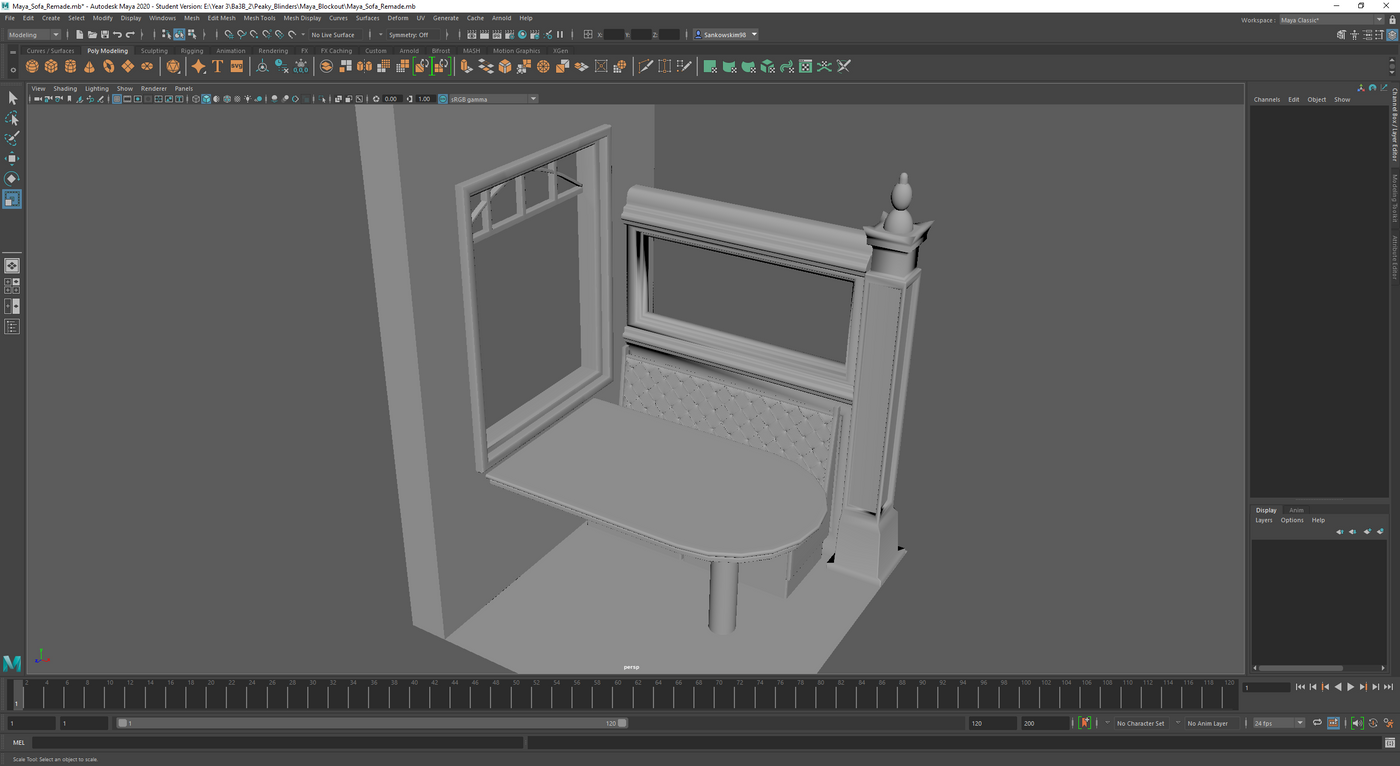 This is my scaled down project, I think that with everything prepared and some crunch time I should have enough time to finish it on the deadline, as all of the showed models are already UV mapped (I did it over the holidays in the time I had available) and my substance materials are mostly ready. My lightning is also mostly done as I did it while I was making the blockout so I can reuse most of the staff I will just have to play around with some values.

From here till the deadline I will need to finish the texturing. 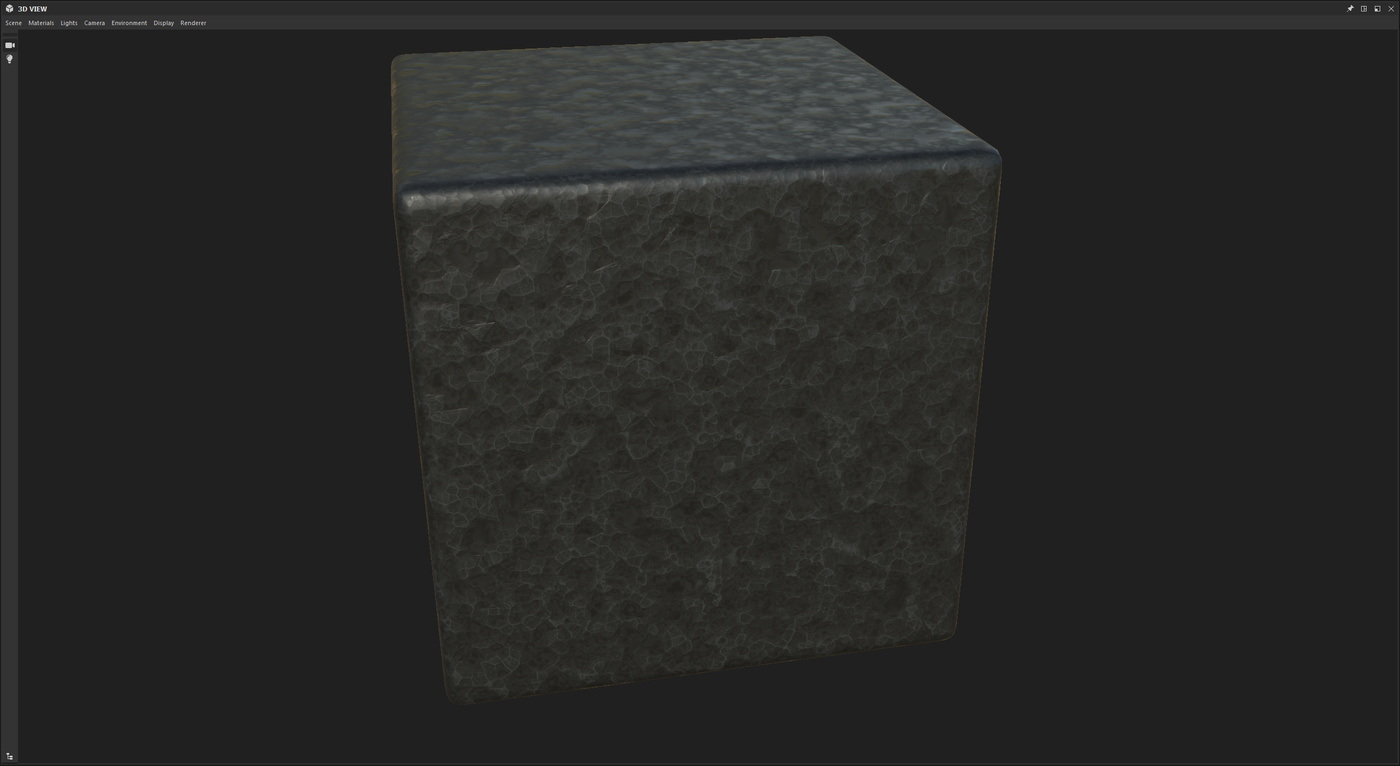 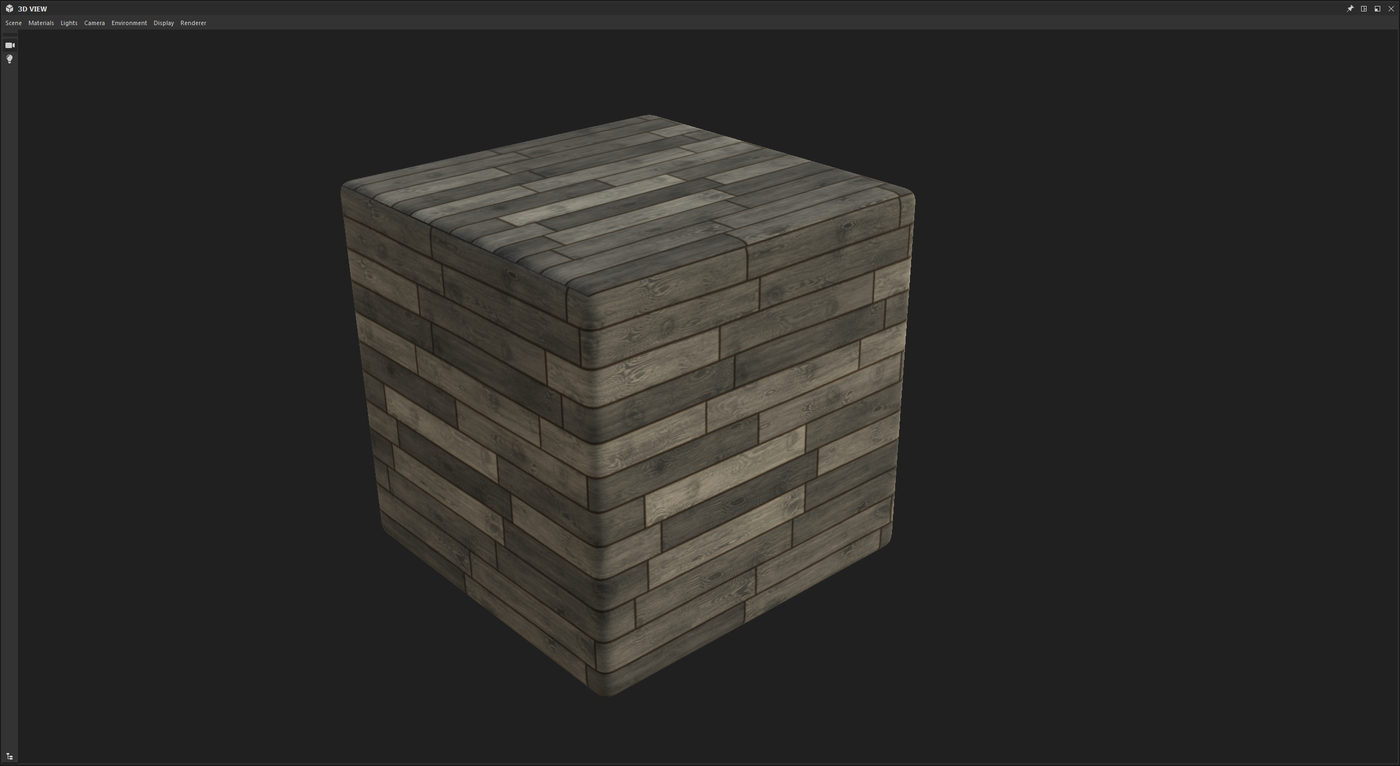 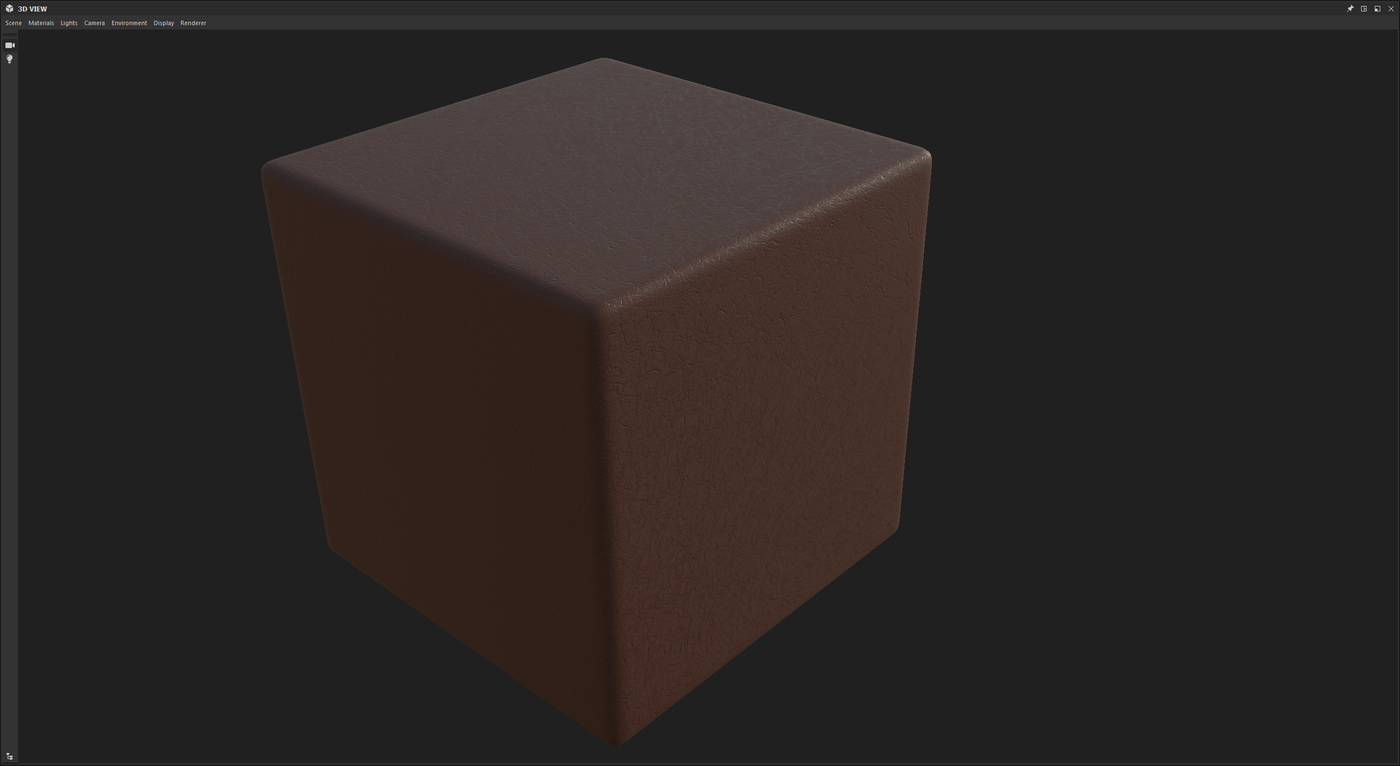 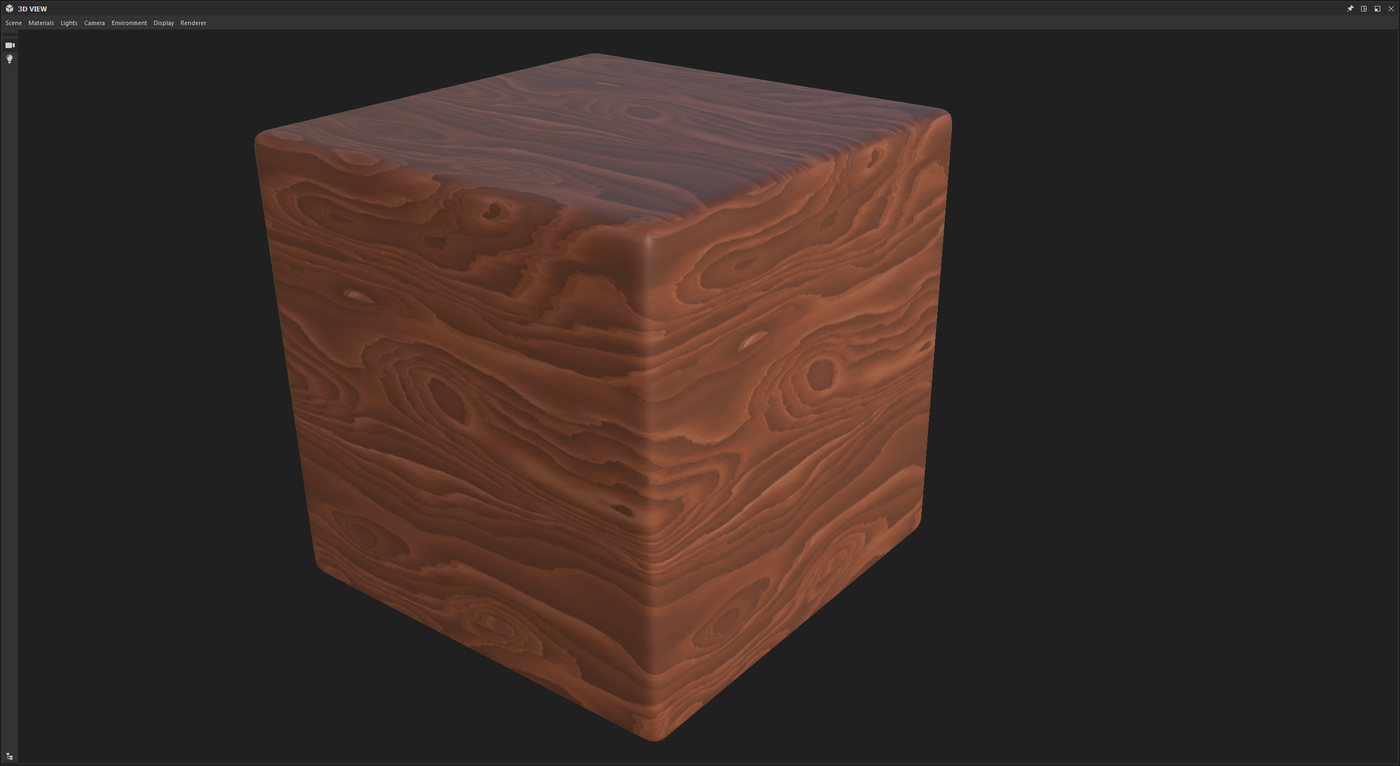 These materials are simple as I’m planning to use them as a base for my hand painting of the objects. 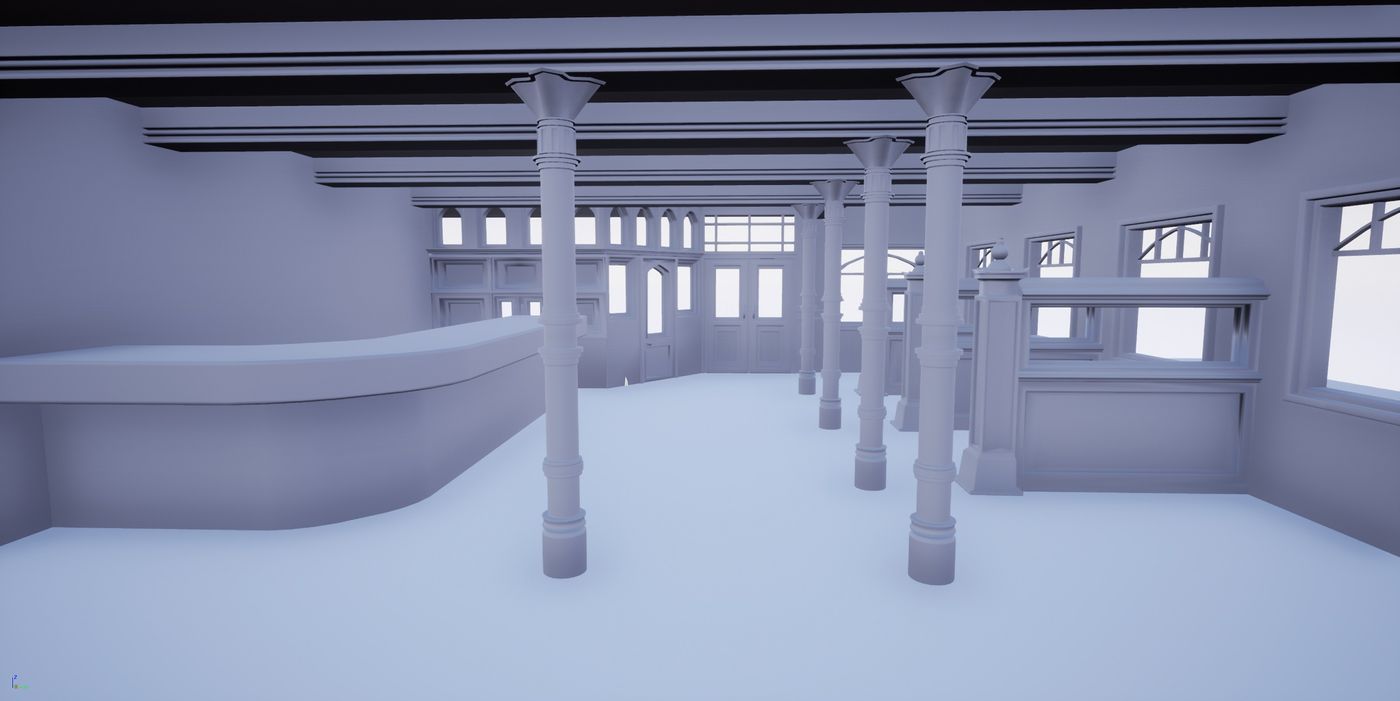 Started adding more details to my scenery, I mainly focused on the bigger parts at first as can be seen from the screenshot above. All of the walls and cubicle walls have already been placed. The windows, for now, are just holes as I’m planning on using a separate plane for the windows itself.

Now I started working on medium-sized models, in order to fill up the whole scene with the object as previously it felt really empty. Sofas, chairs and tables have been added in order to fill that gap. Next area that I will be focusing on more will probably be the bar area as it currently feels very empty, which makes it hard for me to decide if I’m happy with the rest of the scene.

Before joining the competition I decided to do more research by watching the show as I haven’t watched it previously. This allowed me to get a good idea of what I wanted to recreate, there were many different fantastic shots throughout the series however the one I liked the most was definitely the Garrison Pub, which is the peaky blinders meeting area, a lot of events happen in the said pub throughout the show and the pub itself looks really interesting. I gathered two different shots from the show of the pub from roughly the same camera angle, however, one-shot is daylight (or at least looks to be) whereas the second one seems to be closer to night time, I wanted to have two different versions of light so I can more easily see the light rays and how the light impacts the whole scenery, this will be very helpful towards later stages of the project.

The most important part of this project will be the correct scale, as its a man-made environment it has to look like it was designed/made by a human. Therefore all of the measurements need to be as close to as possible otherwise the whole pub might end up looking too small or too big. I decided to use the more busy screenshot as there was a man standing straight in it and he was roughly in the line with one of the poles which are spread across the whole pub, If I could comfortably decide on the possible height of the poles I would be able to plan the whole pub out very easily. You can see all of the measurements I needed to find on the screenshot above; which as long as the man I have selected is of the average height (180cm) should be somewhat correct. 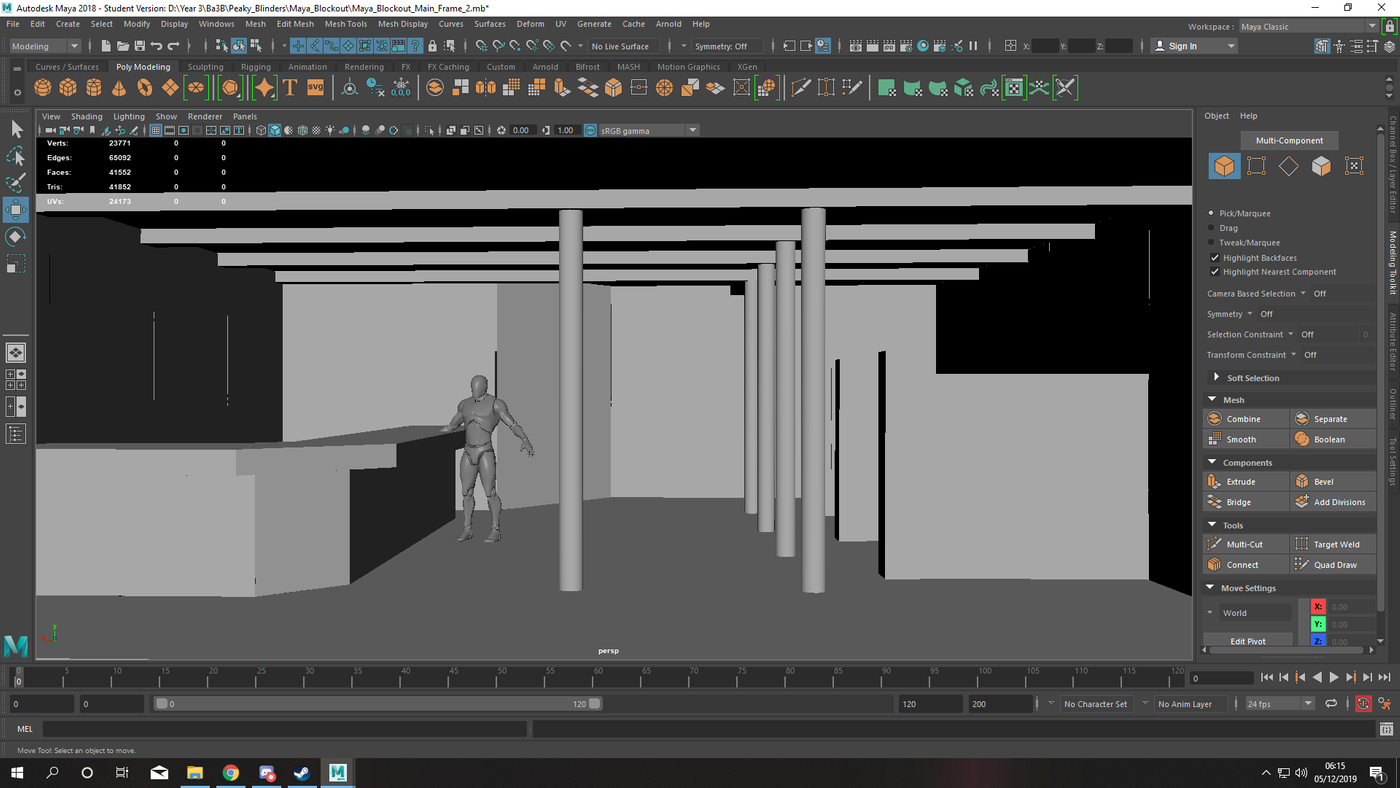 With my measurements deduced I blocked out the big models of my environment, to see if the whole room feels right once I block it out using the measurements I have worked out. I blocked it out inside of Maya, and I like to do my initial very basic Blockout in Maya first as it speeds up my first Blockout, however, any other Blockout from this point onwards will be inside of the engine.