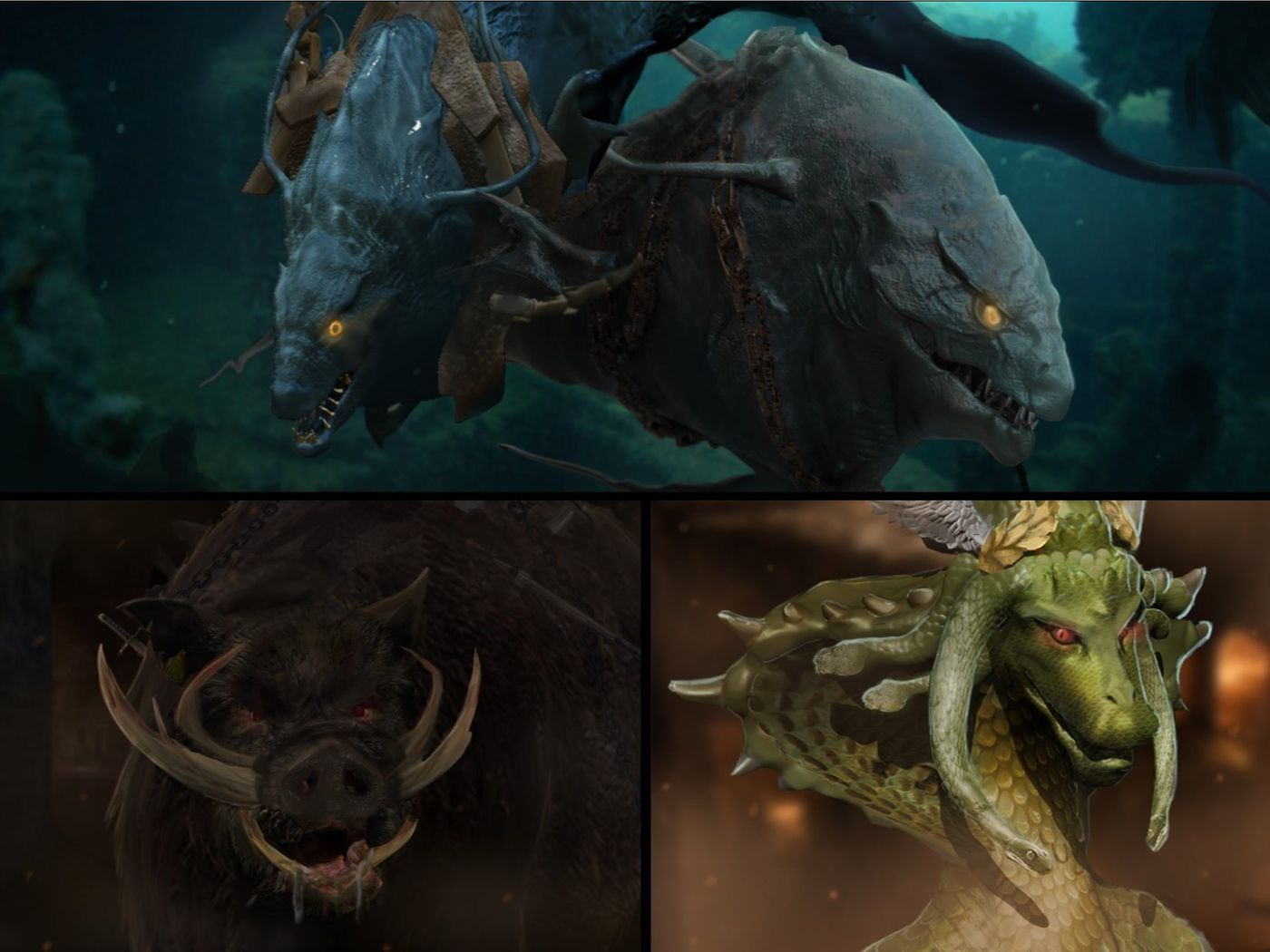 Hello, I’m Kayley! I am a Flinders University /CDW Studios student from Adelaide, South Australia. Here you can see a few Creature Design works I have done recently for my Rookies entry. Hope you like them!

Together Forever- Flotsam and Jetsam

This project is one I have recently worked on for Uni. The brief was to redesign one of the undersea creatures from Disney’s The Little Mermaid as if it were a part of making a live action remake of the original 1989 classic. Understanding that the Disney live action remakes tend to be more realistic in the terms of their designs, I still wanted the design to be a little more stylistic as I felt that this would help convey the character and personality of the two eels better. I decided to go down in a more stylistic route while keeping aspects of the design realistic as well. This was a lot of fun to do. 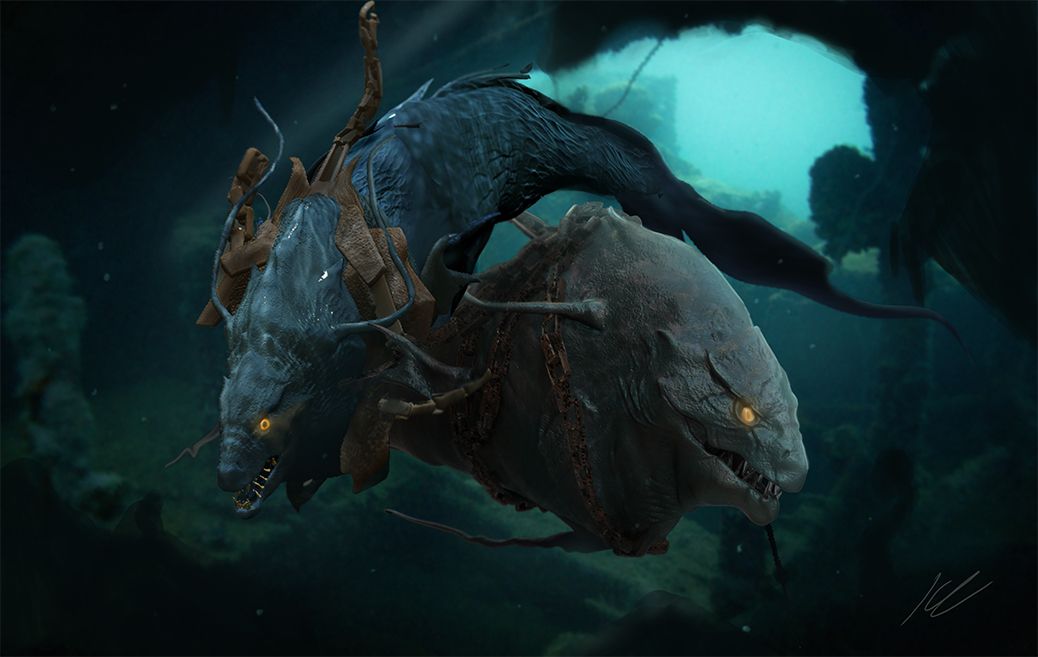 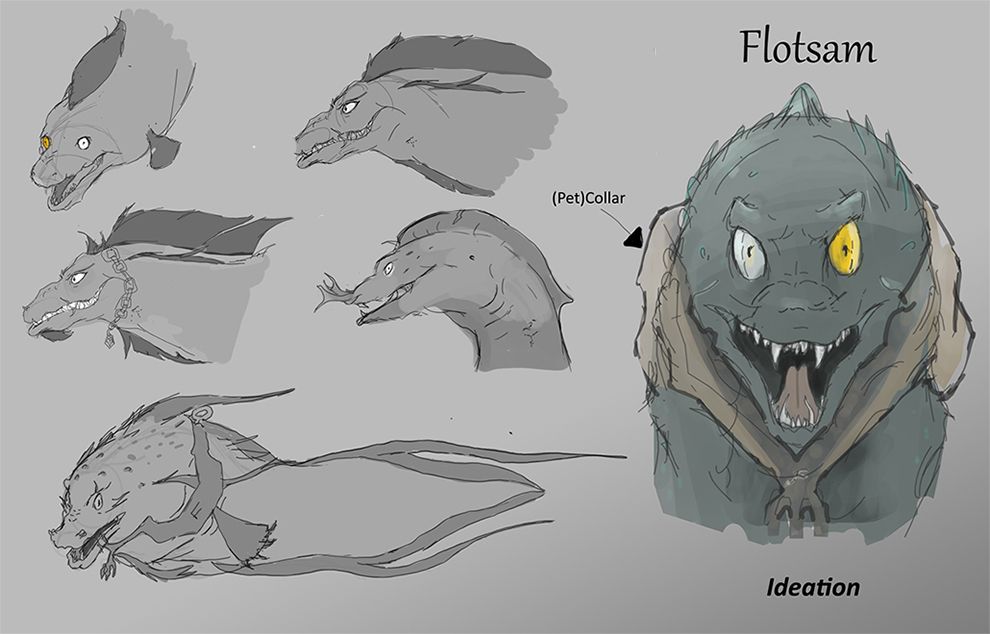 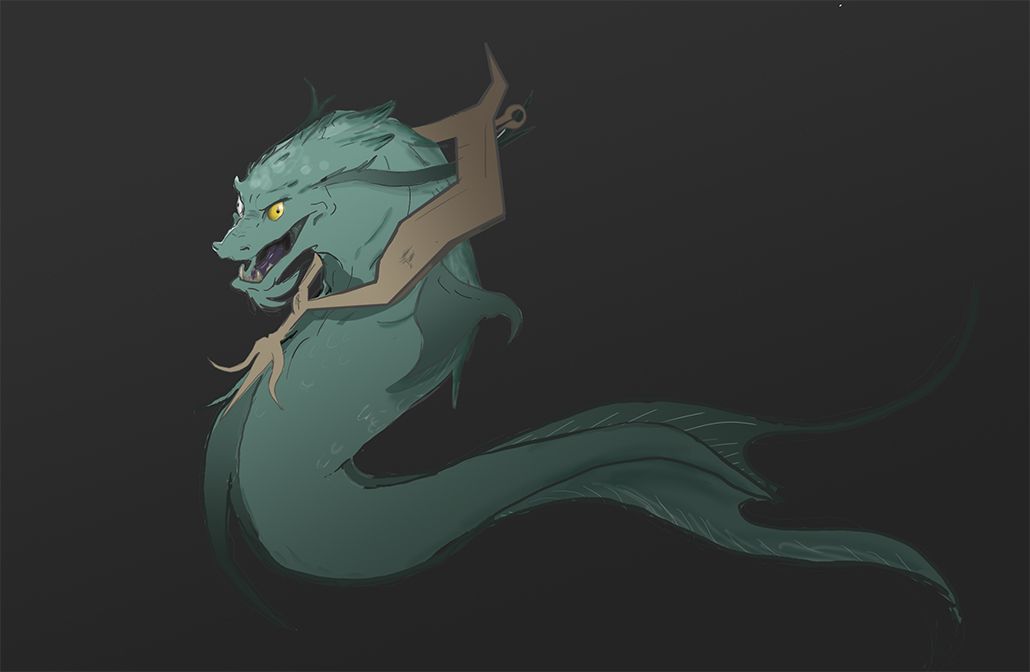 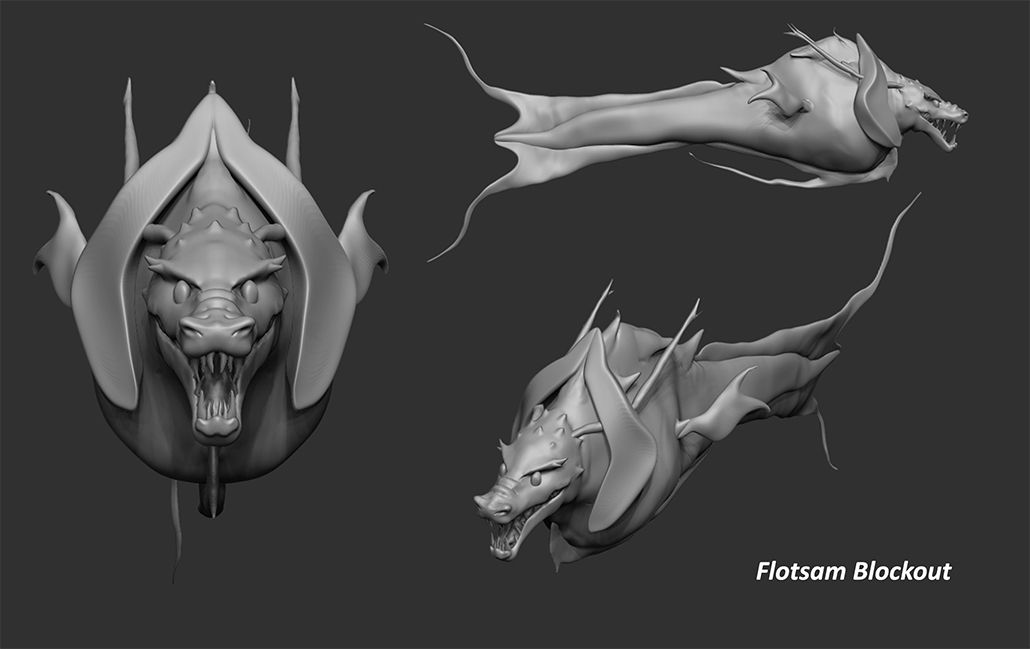 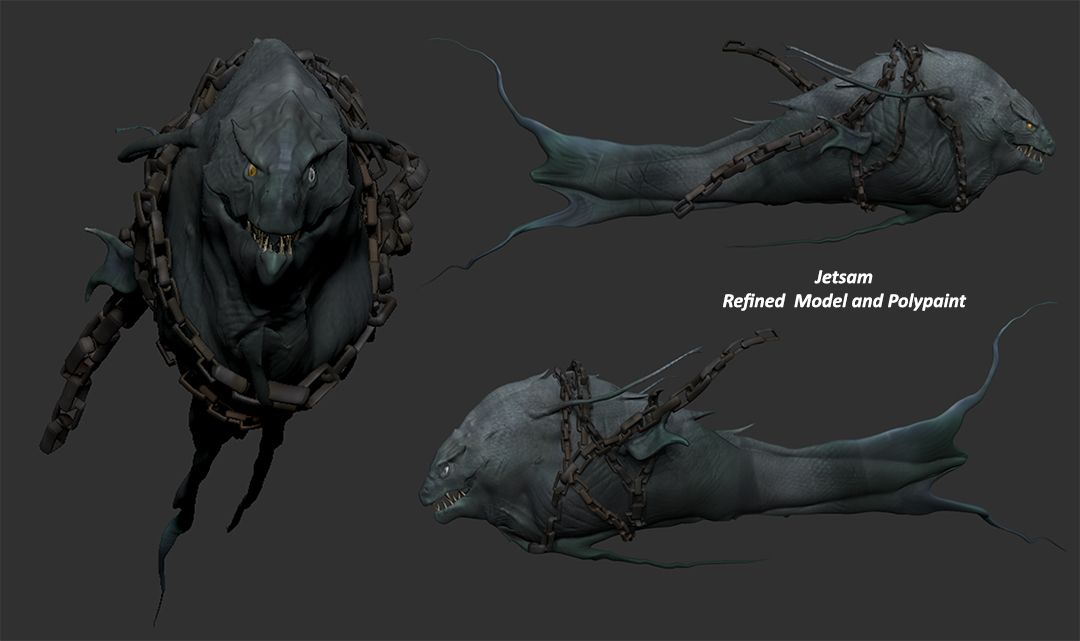 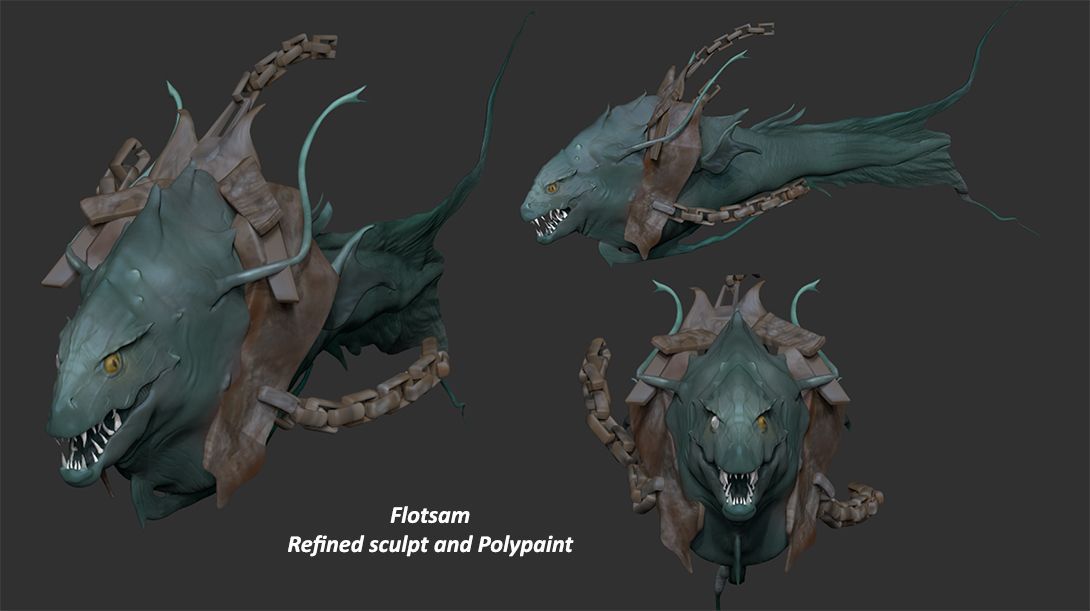 One of the challenges I faced was how I could differentiate the two eels since in the original film they looked identical. I explored this by  manipulating the body shape of each eel, changing the skin texture and colour in some parts of the model and decorating them with different chains and anchor pieces. 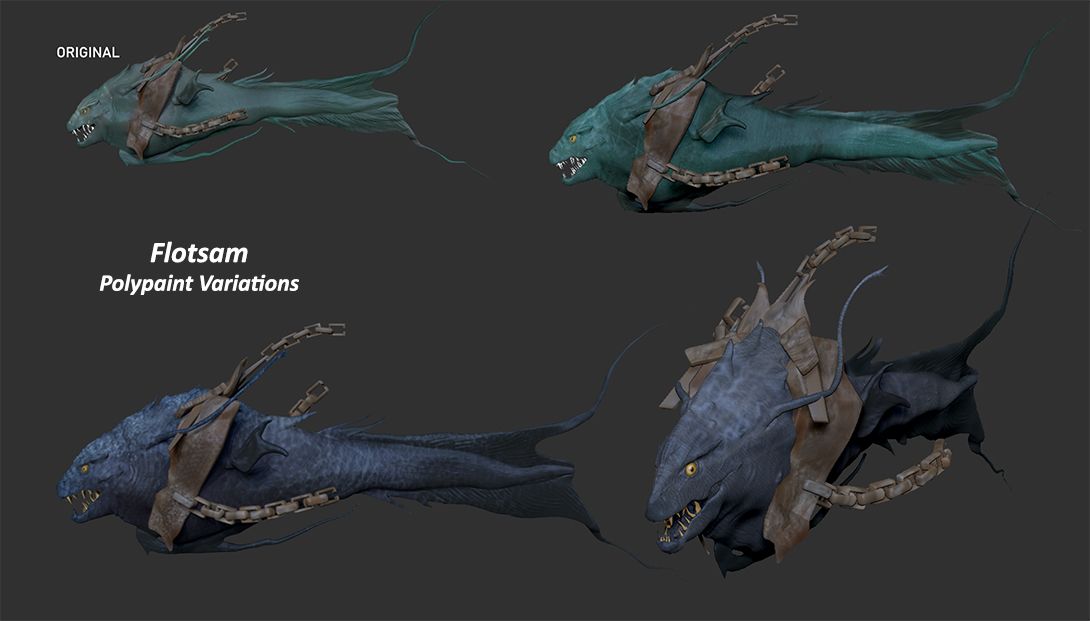 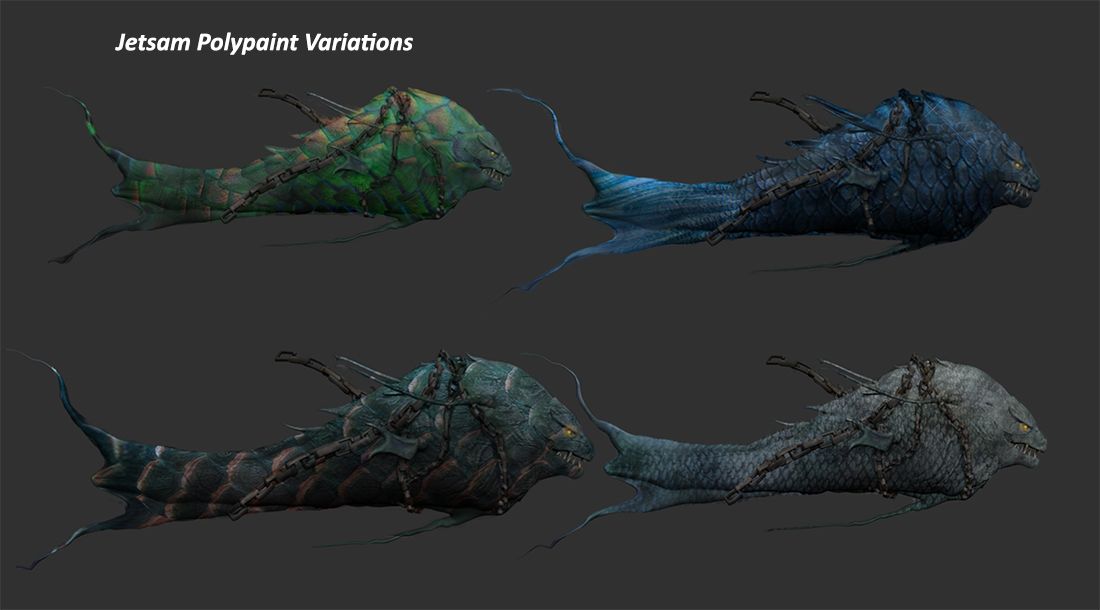 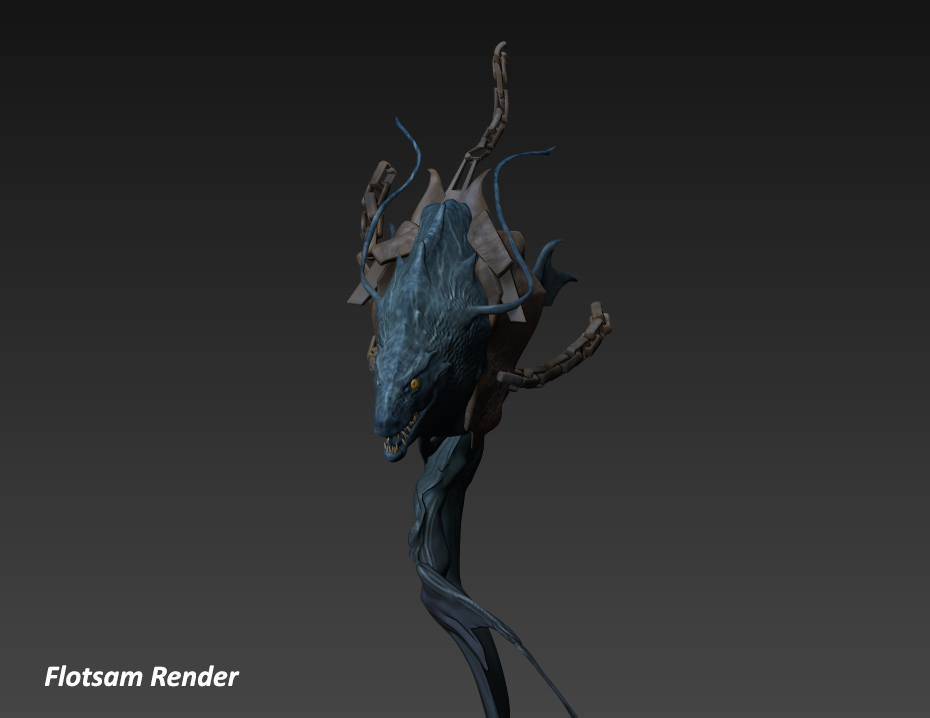 The Beast of London Below

This personal project I have been working on is based off of Neil Gaiman’s novel Neverwhere. This is a concept of the monstrous pig creature in the novel known as ‘The Beast of London Below’. When designing this creature I was not concerned about being influenced by other interpretations as there have not been many adaptations of the novel. For the design I wanted to stay true to the descriptions that Neil Gaiman wrote such as the various weaponry affixed to the Beast’s back, the size of the creature and the sharp hooves. I added my own interpretation on it by making the Beast look as grotesque as possible with its matted and filthy fur, blood tainted tusks and pus oozing out from the mouth and eyes. This time I experimented by creating a Digital Painting instead of a 3D model as I still want to continue improving my 2D skills. 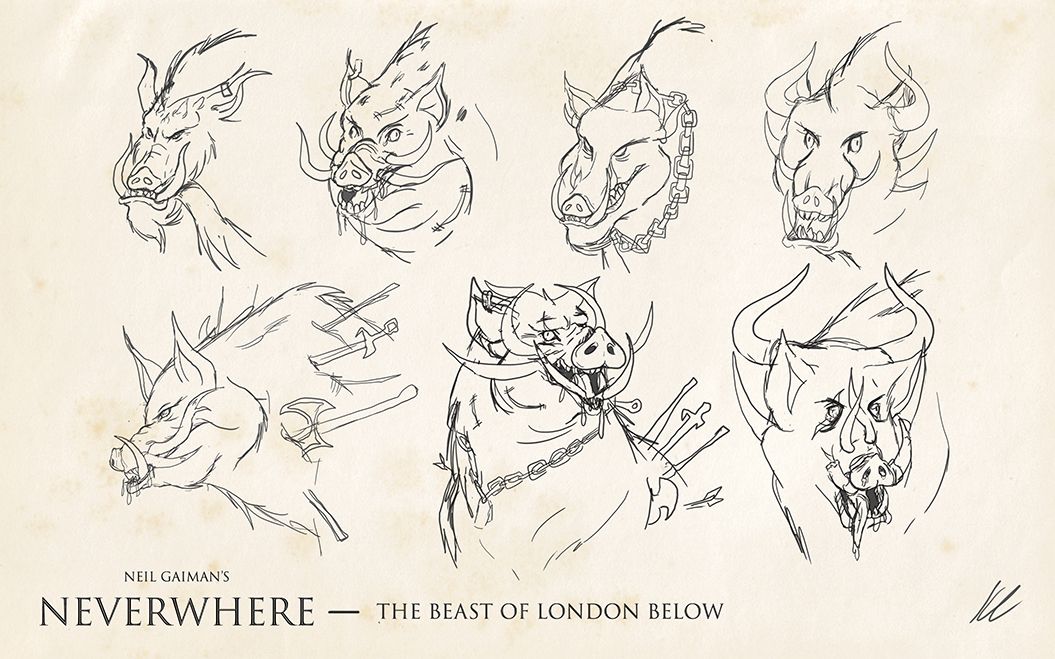 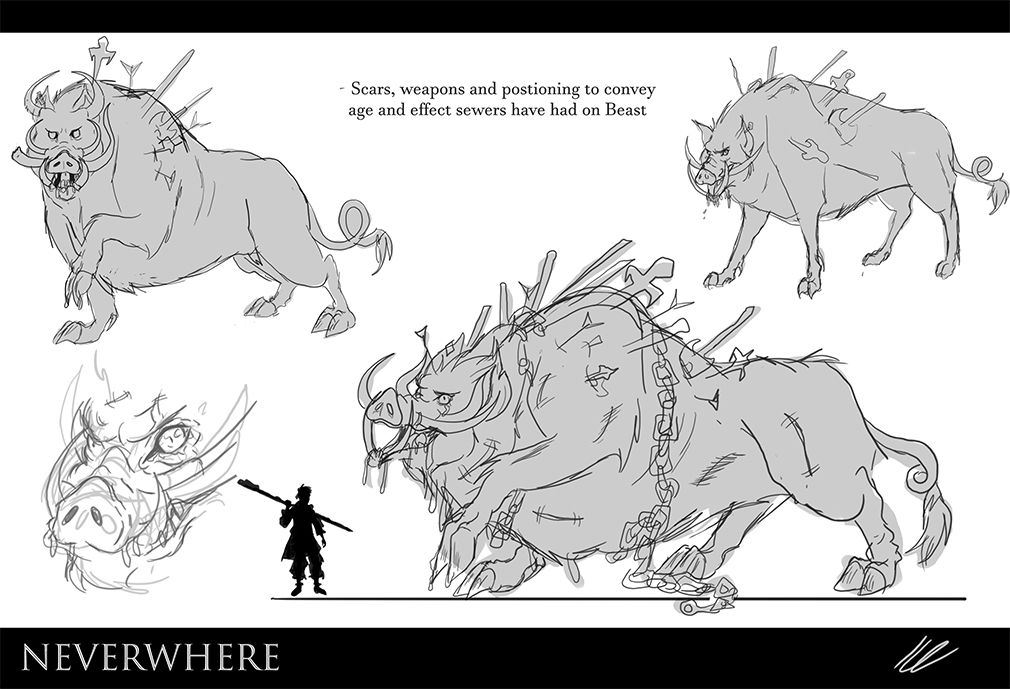 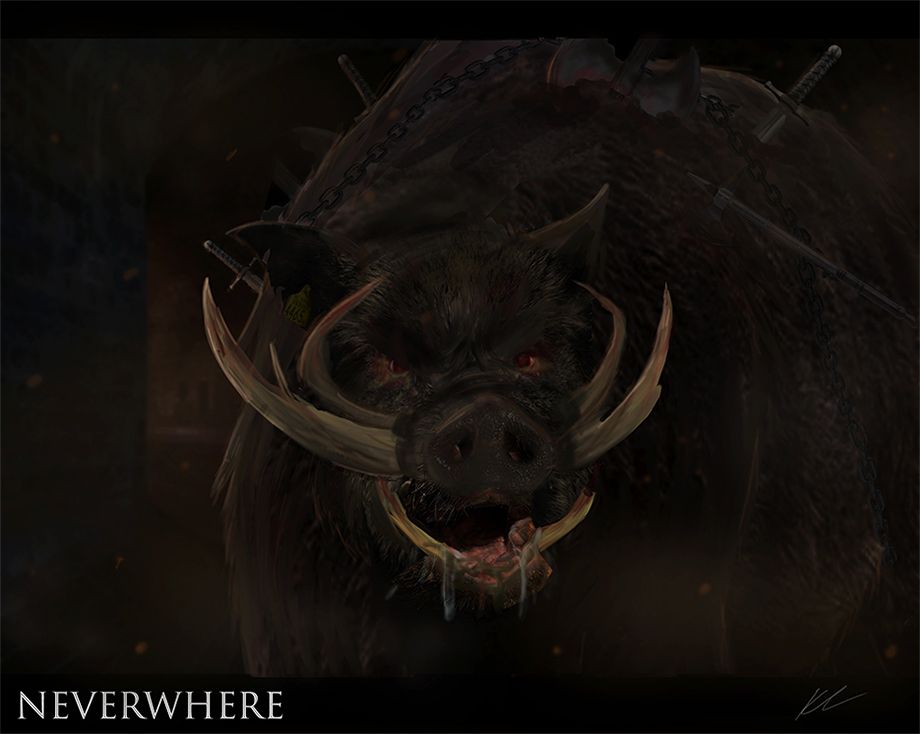 This piece was one that I did last year during my first year of uni. This was also the time where I was first introduced to Zbrush so this project was a way of helping me improve my skill in 3D modelling, especially for someone who had recently started utilising the software. The brief for the project was to redesign a Greek mythological creature. I decided to do Medusa but instead take a completely different approach. Rather than redesigning a human woman with snakes for hair, something that is commonly associated with the Greek creature, I decided to make Medusa appear more animal than human. 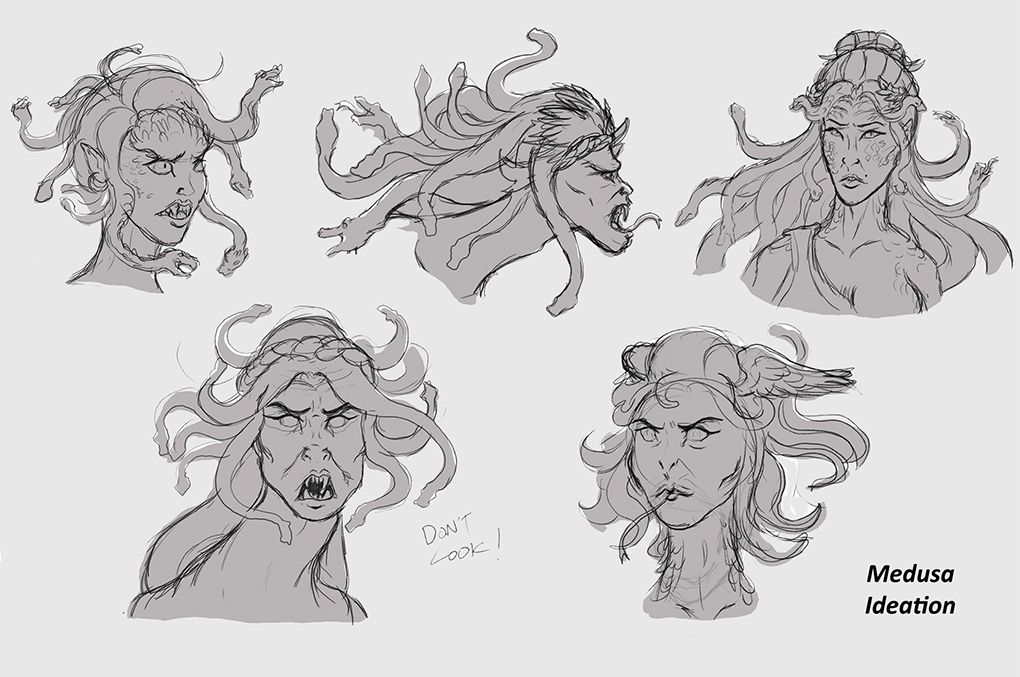 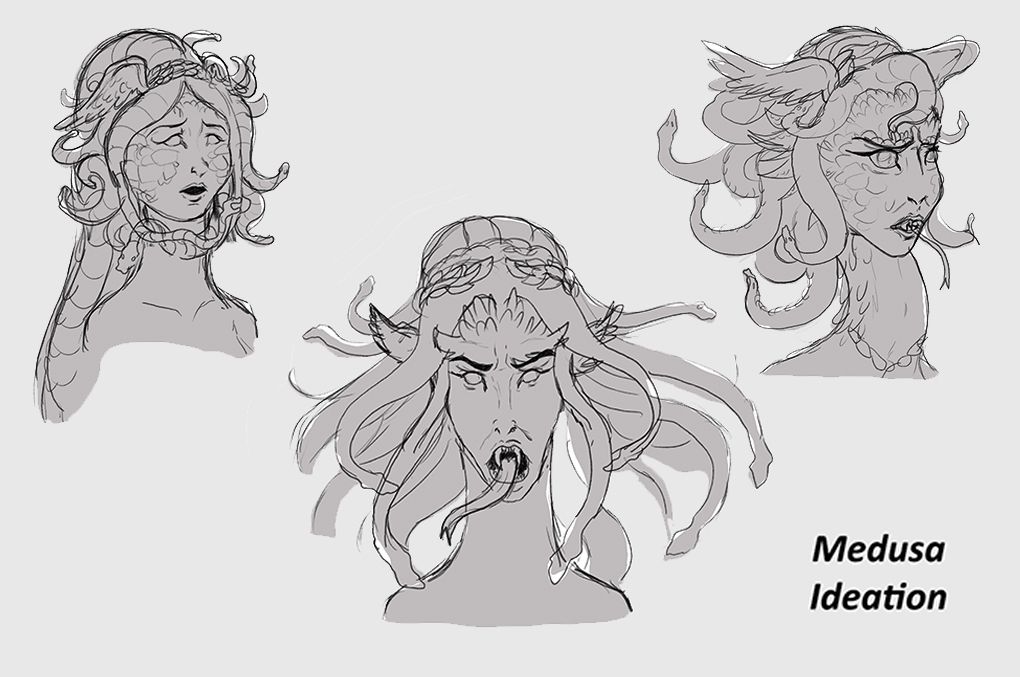 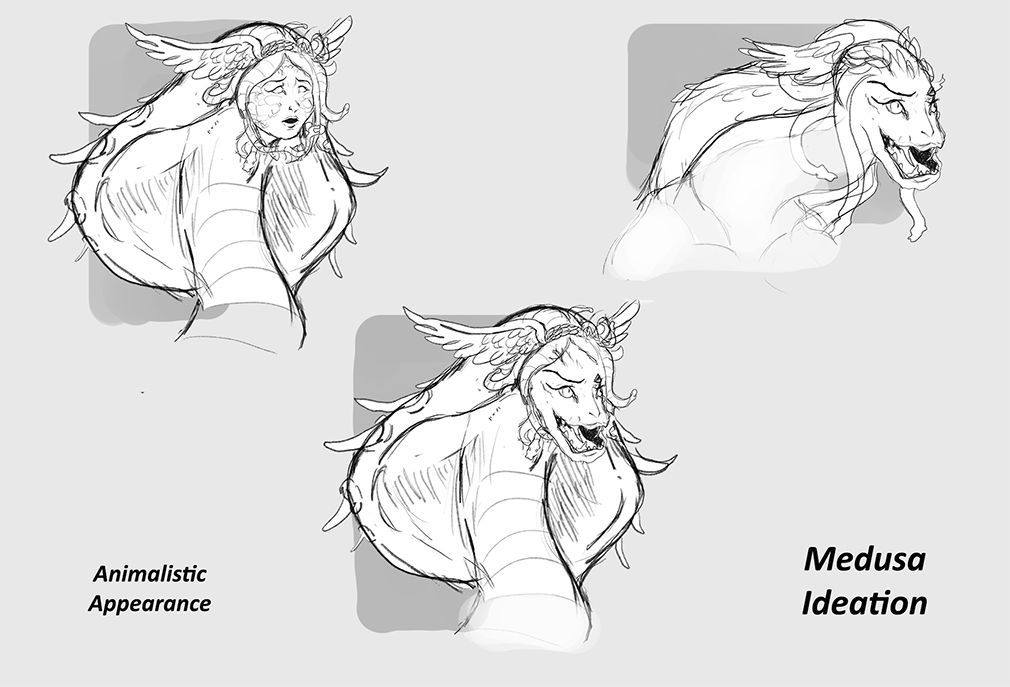 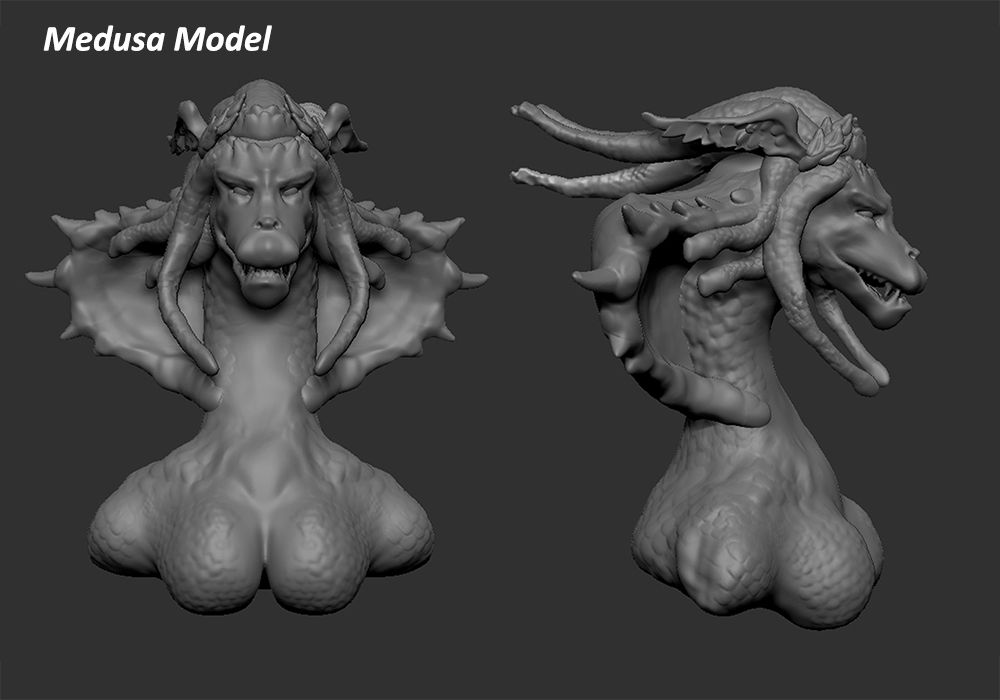 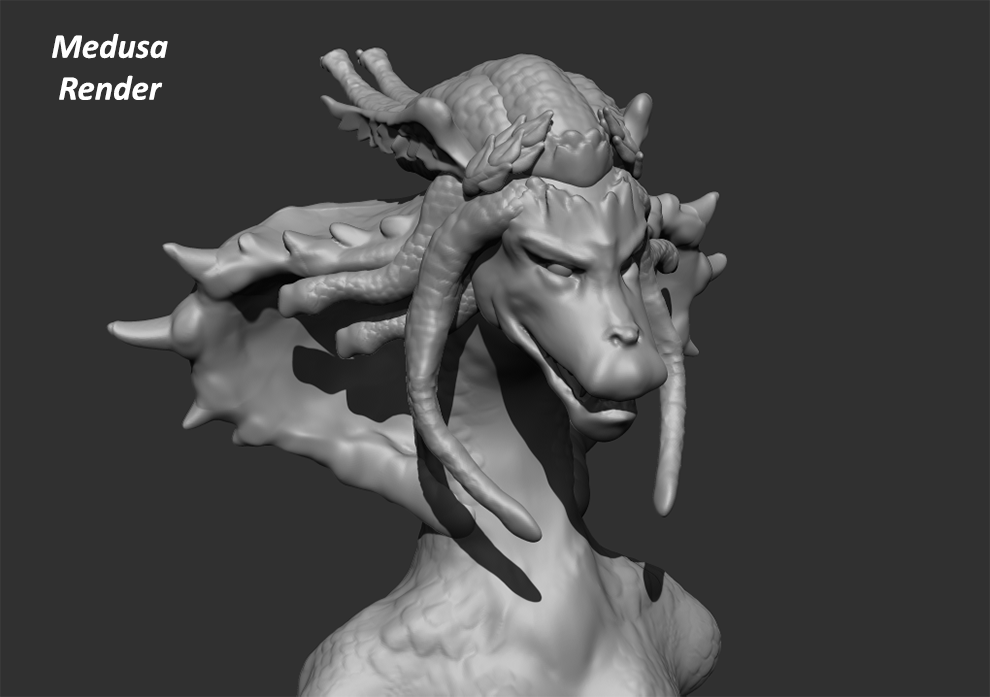 I first experimented with combining human features with snake ones. This was challenging as the when I combined the two elements, it came across as unnerving as it was a snake with human eyes and a half human- half snake nose. I further explored the ways I could balance the two elements but it was not working as well as I had hoped. I then decided that the model should look much more animalistic. While rendering and painting it, I alternated Medusa’s facial features to look more like a snake while still keeping some parts of the human facial structure. 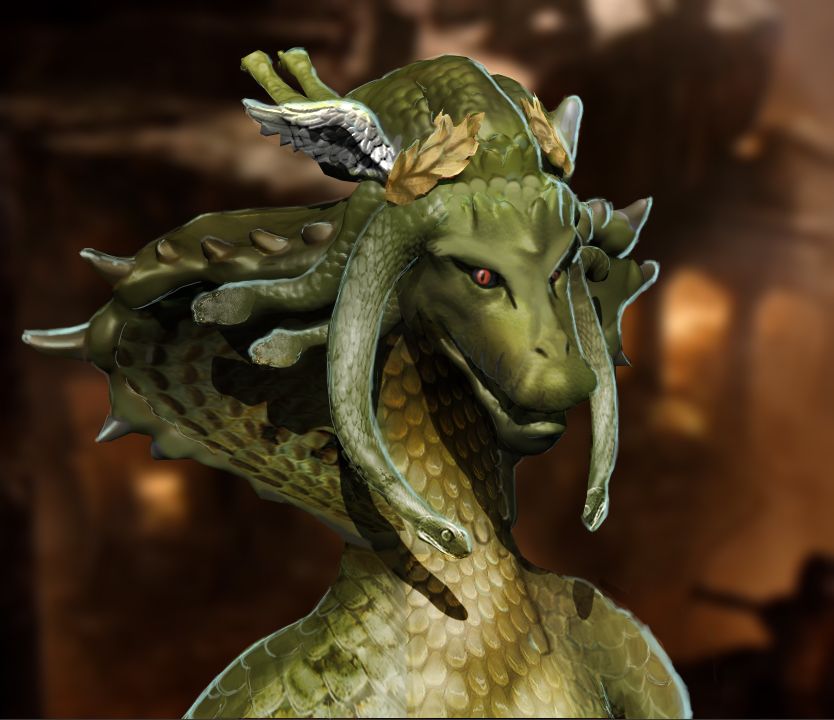 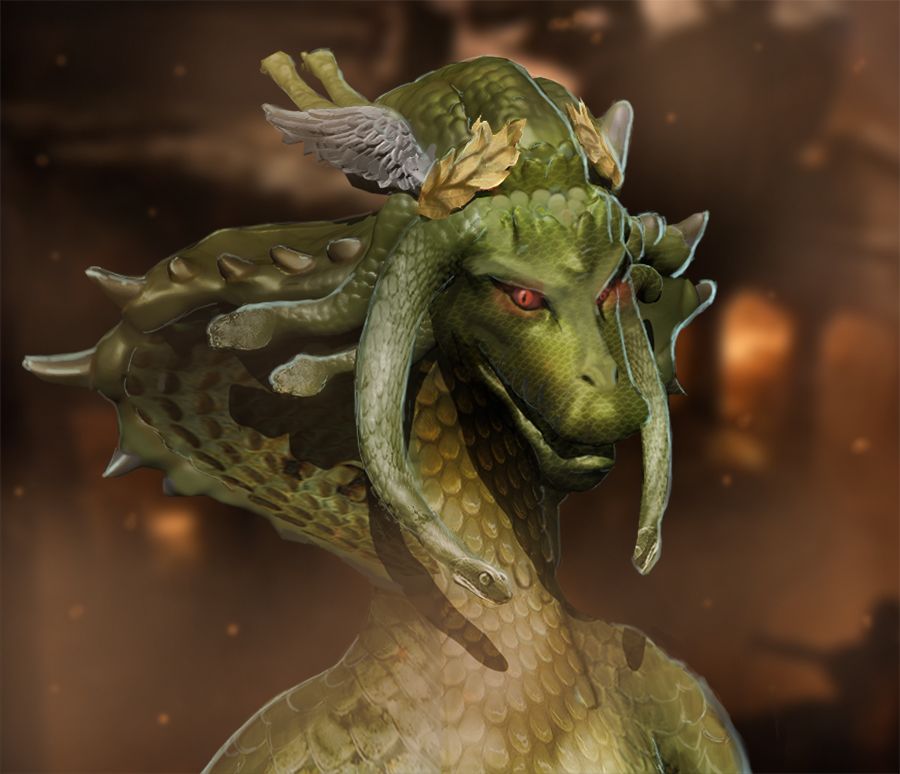 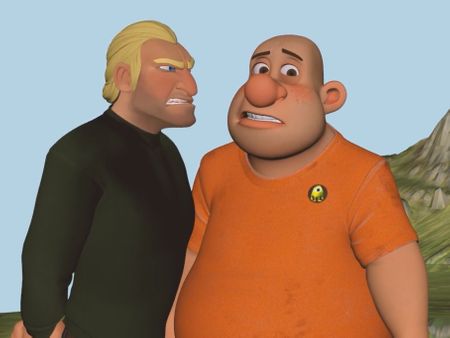 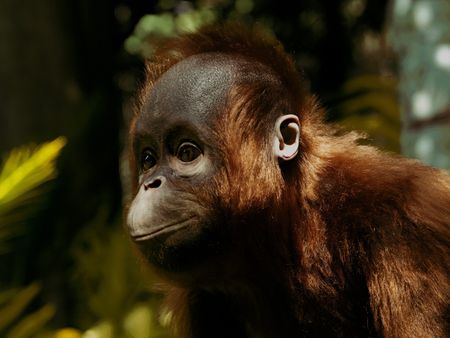 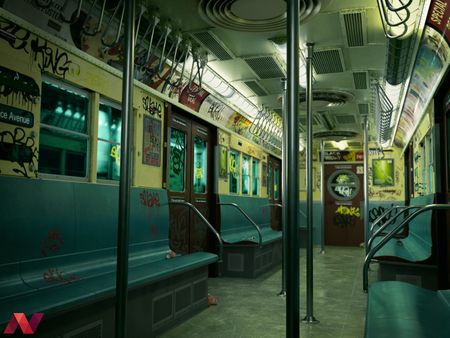