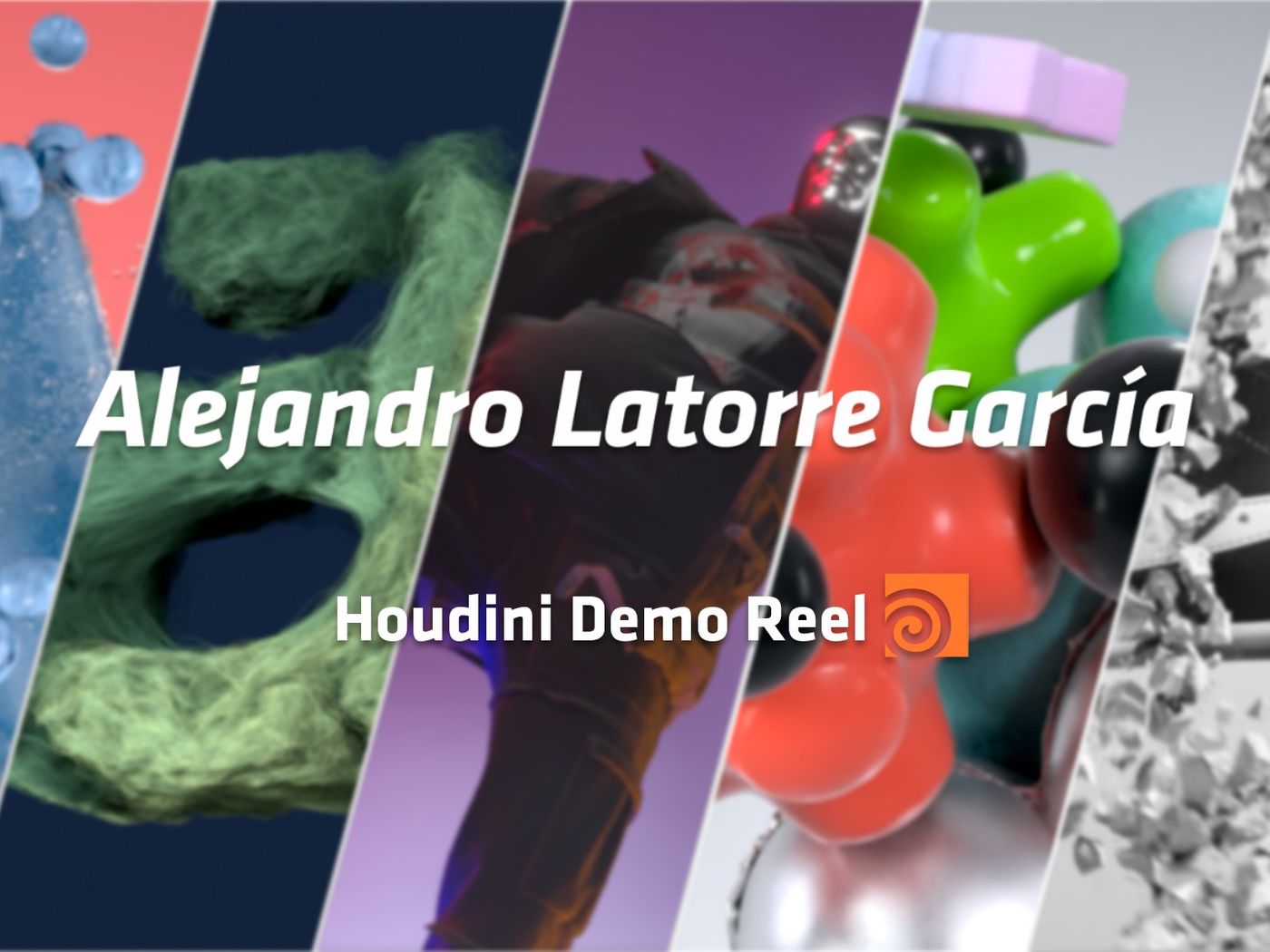 My name is Alejandro,  I´m a last year student at FX Animation Barcelona and these are my top 5 projects from this first year learning Houdini Fx.

Hope you enjoy it!

The main goal of this project was trying to get audio and video matched animations just by taking the audio itself and transforming it into different types of forces in a simulation.

So the approach was to compose the music first and then using it to generate all the movements and the rhythm of the video. The main movement is controlled by the chords, playing throughout the song, and it is the attraction and repulsion force.There are two more forces in the simulation that effect whenever the kick or the snare are playing. These two forces have a randomized direction for each time they sound, making the final result more interesting and less repetitive.

The last thing controlled by the sound is the withe color in the black spheres. This one is triggered by a clave sound with some echo, and then run thought a solver to get a nice fading. 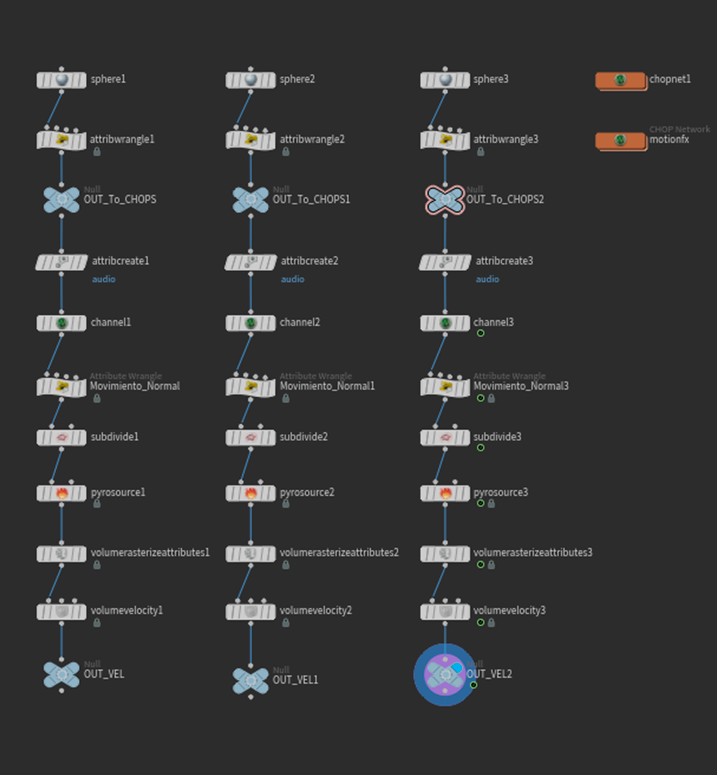 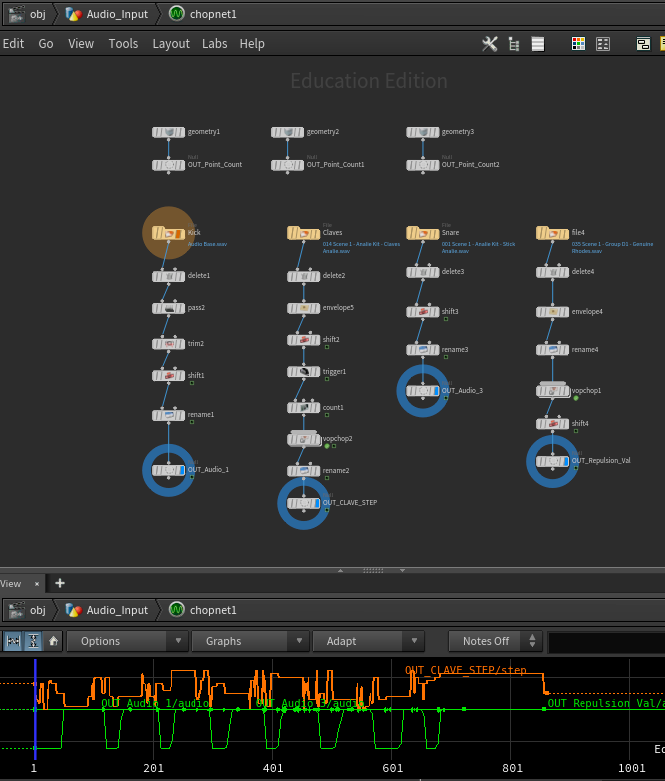 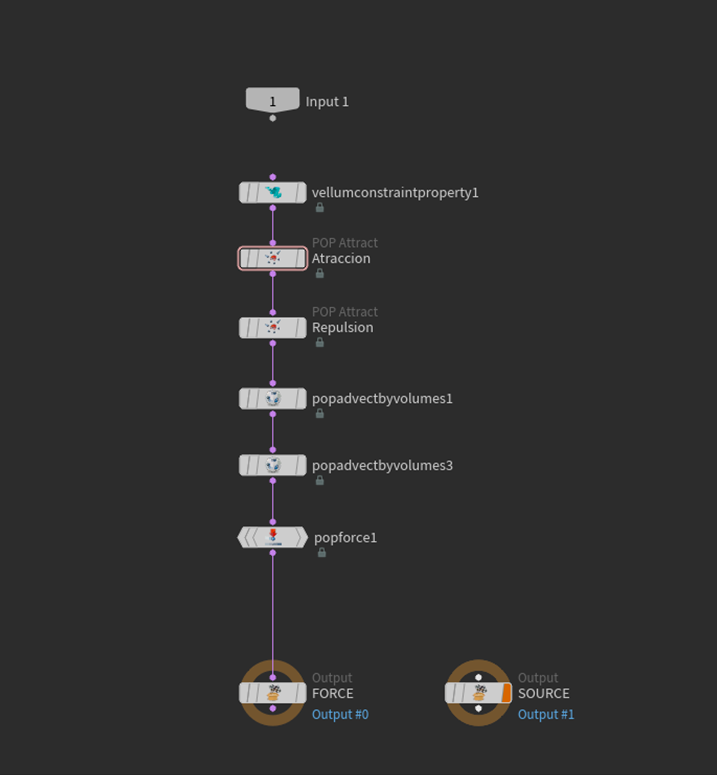 This was one of the first projects I did with Houdini.

The goal was to archive a commercial type video using RBD Fractures as a main element. The project was very interesting for me, as I learnt a lot about how to light, shade and simulate in Houdini.

This was a fast but very interesting project for me as I wanted  to  make a full outfit in Marvelous Designer and then simulate it with Vellum.

The result was very interesting in my opinion, as I was able to add some complexity in the sewing patterns that help the final result to have more movement. 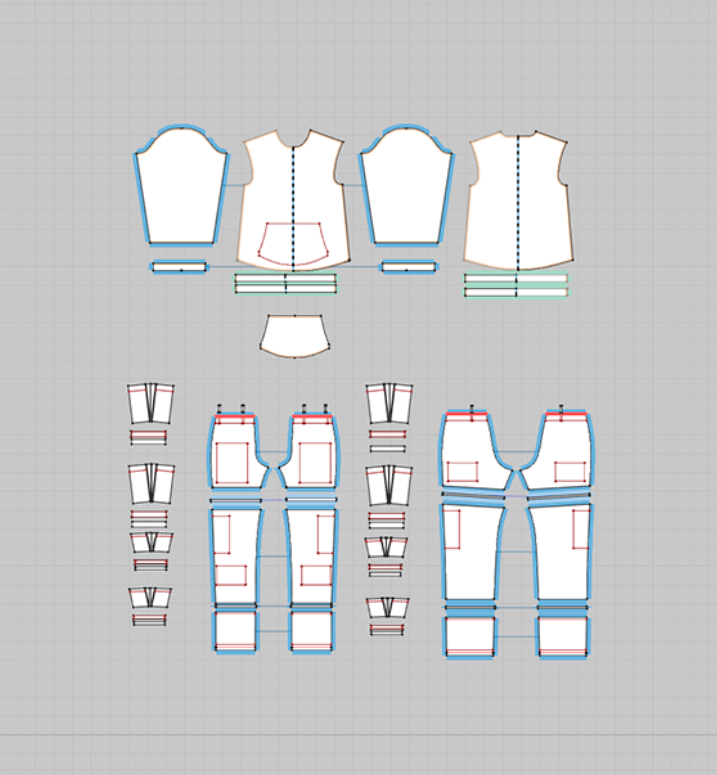 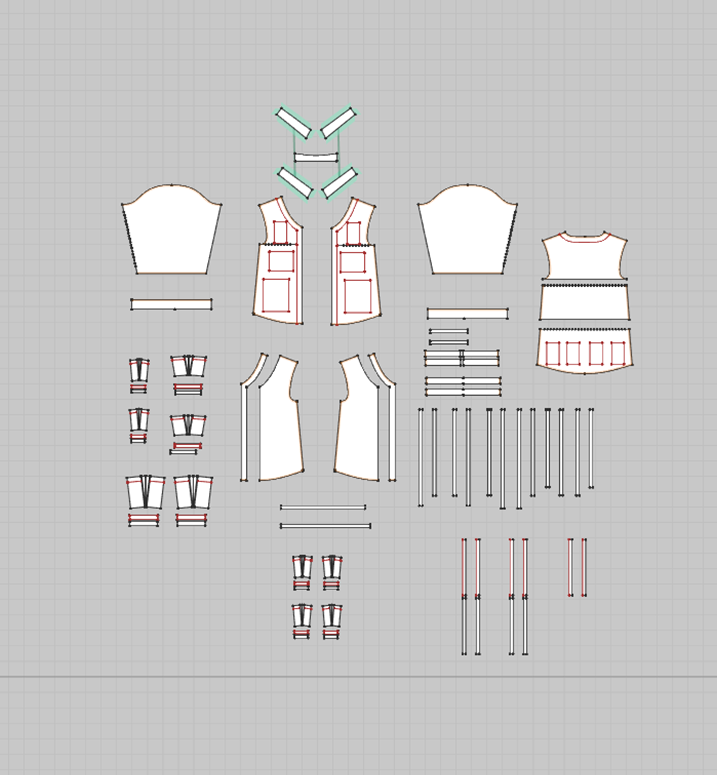 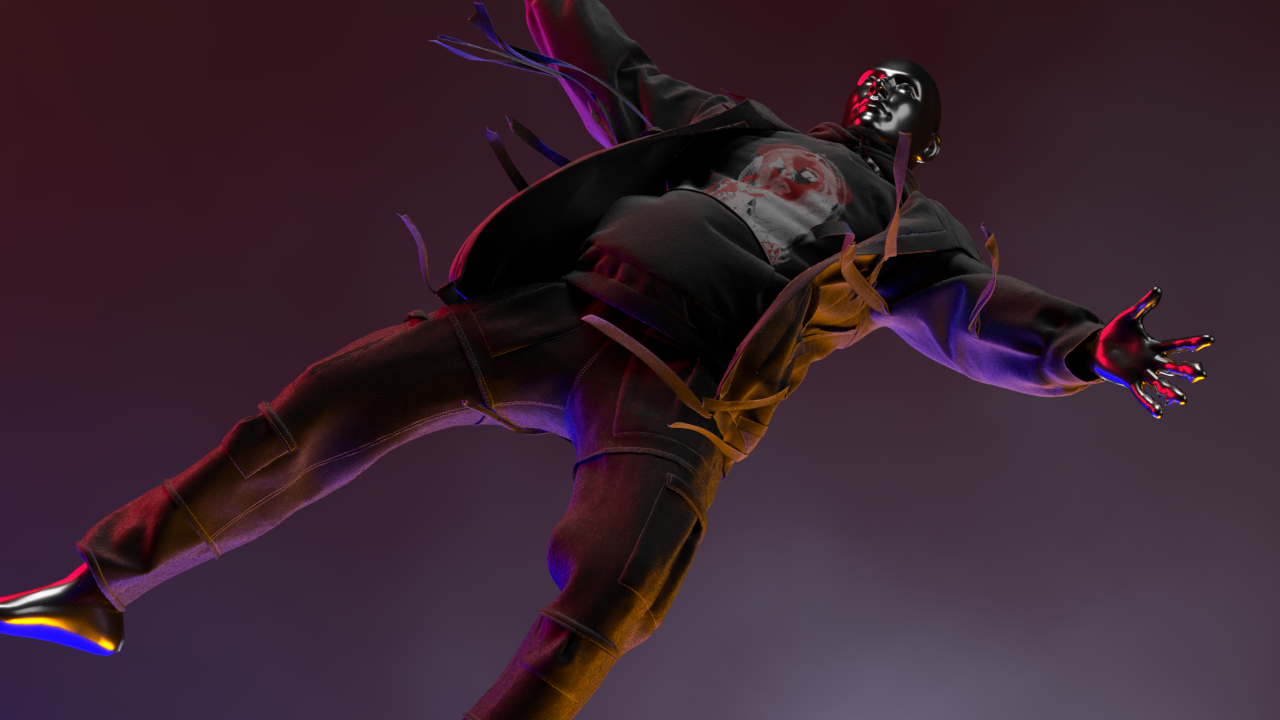 With this one the goal was similar as the RBD one, but this time using Pop Fluid for the condensation droplets and Flip Simulations for the milk in the second shot.

The result in this one is not as good as I wanted it to be, but the process was very useful in order to learn more about the software.

This is an exploration around my personal logo. The idea was to first make a Pyro Simulation that fills the interior of the shape and then use a Pop Simlation to advect particles thought the smoke. 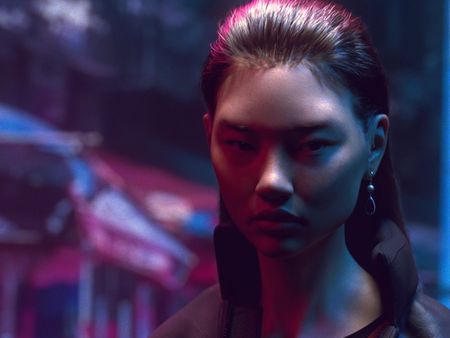