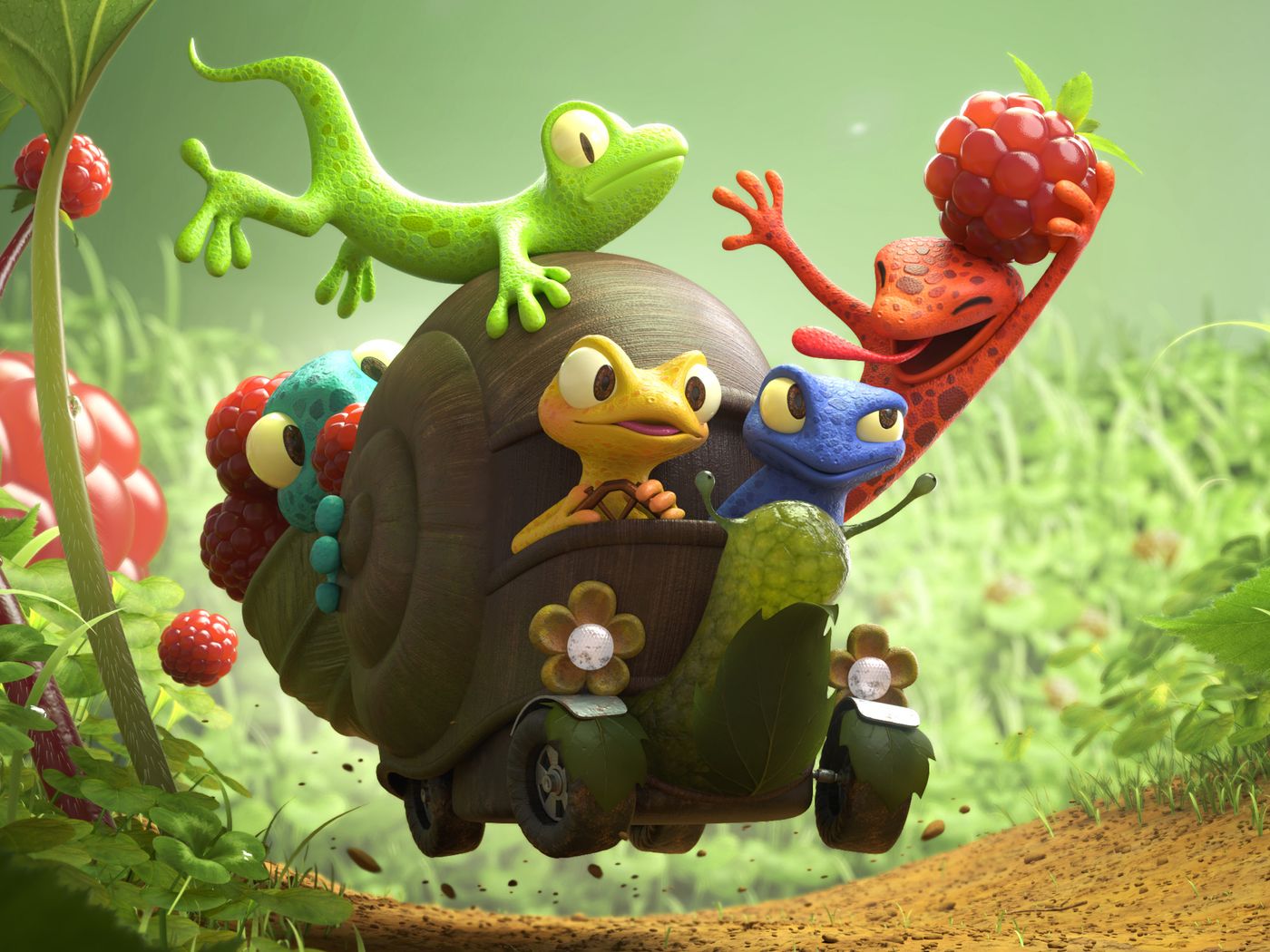 My final project for the foundation term at Think Tank Training centre, where I'm currently a student starting the advanced term. It was based on a beautiful and fun concept provided by the talented artist Julia Blattman.

by MariaMoreno
Share
Presenting my final project for the foundation term at Think Tank Training centre. This piece was based on a beautiful concept created by the artist Julia Blattman (check her out here https://www.artstation.com/juliablattman) who kindly allowed me to work upon her illustration.

I chose to work on this concept because I found it really fun and colorful. At first I didn't really know how big the project was, since it was my first 3d scene using Maya, Mari and Zbrush, and the workflow was a bit unclear to me. But it ended up getting pretty crazy, especially the environment texturing and scatter. I had to overcome a lot of challenges to get there but in the end, the result really paid off.

Here is a process view showing different channels. It was a challenge to get it to look realistic but at the same time stylized. The original concept is a pretty loose painting, it's not rendered in a realistic way at all, but I wanted to try and push it further, aiming for some sort of a pixar-like style. It required a lot of interpretation, especially some parts like the foliage and the snail car's body. I had to experiment a lot with subsurface scattering, which was hard at first, but I ended up with a pretty slimy snail and juicy berries! 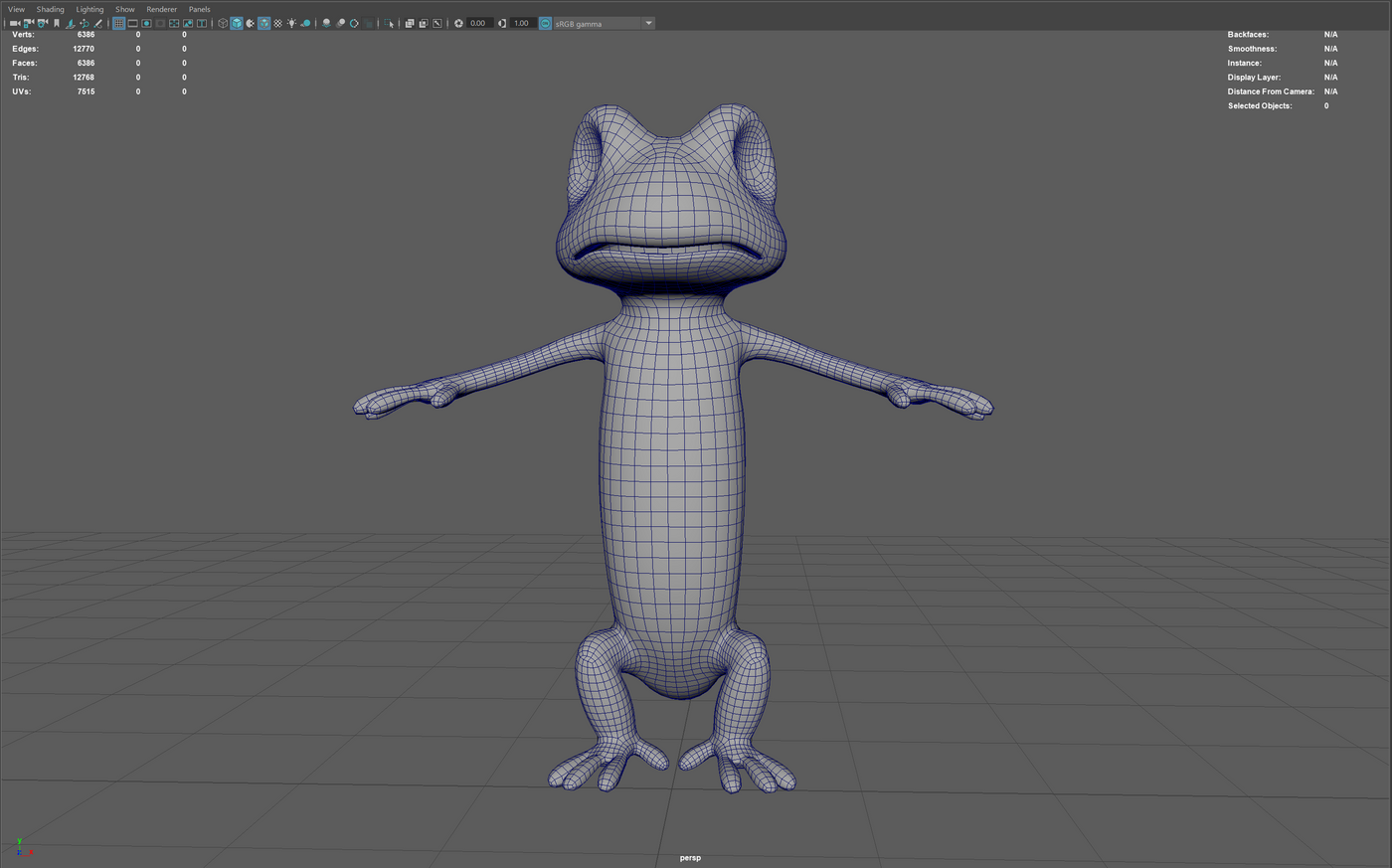 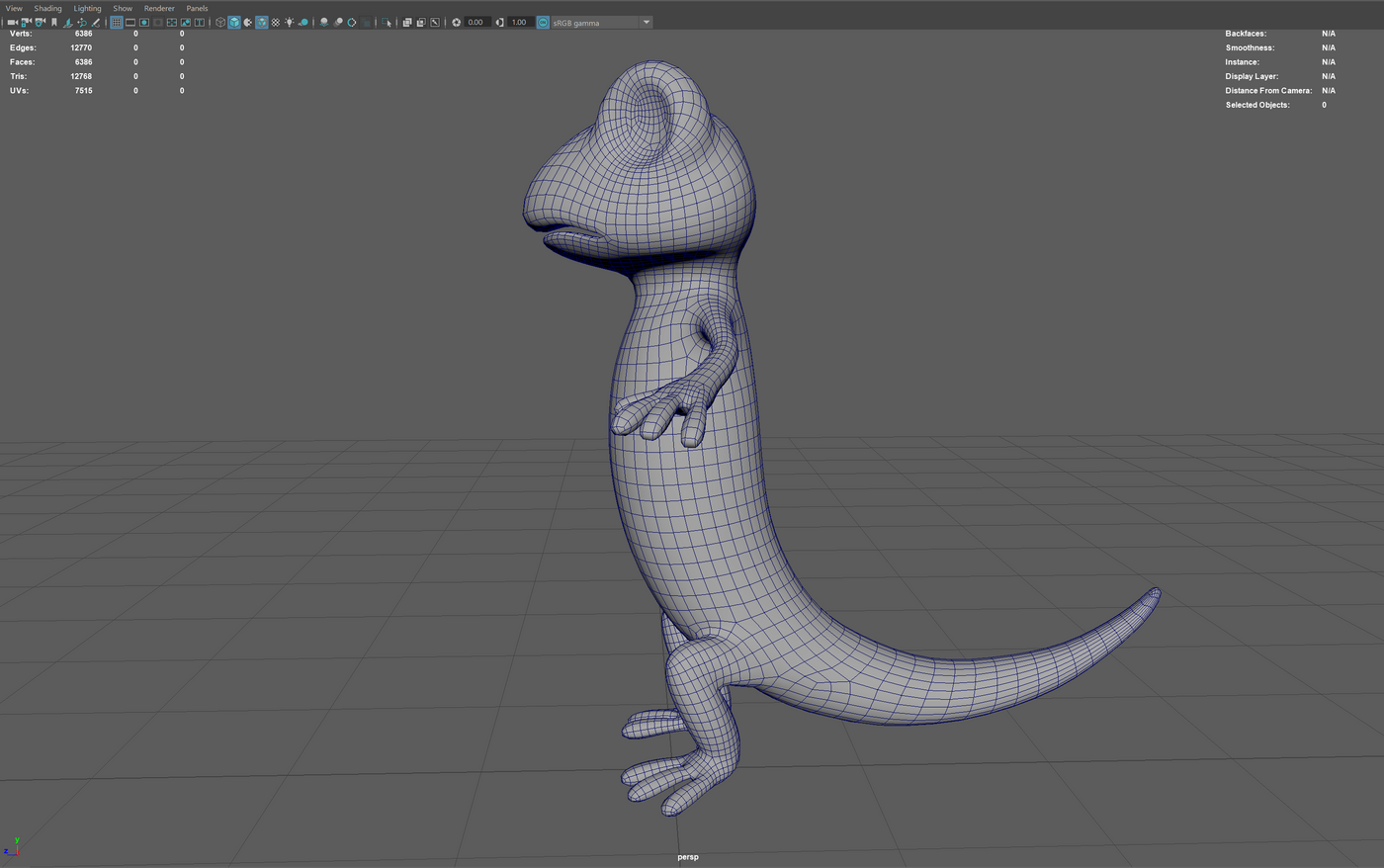 The characters were also a big challenge, but I was happy to take it because characters are my true passion, and these little guys had so much personality. All of them were created from a single basemesh that I later deformed in various ways. There was a lot of different software involved in the creation of the geckos. I come from a blender background, and I was more familiar with its sculpting workflow, so I decided to do the blockout in blender with some quick primitives to save me some time. Then, I retopologized it in Maya (image above) to keep a clean edge flow that would allow for deformation. From here, I took them to zbrush and used a Zsphere rig combined with just masking and moving stuff around to get the poses going, and defining the different shapes of their heads and bodies. The green one on top and the red one were by far the hardest, since they are in pretty dramatic poses and showing a lot of their bodies. 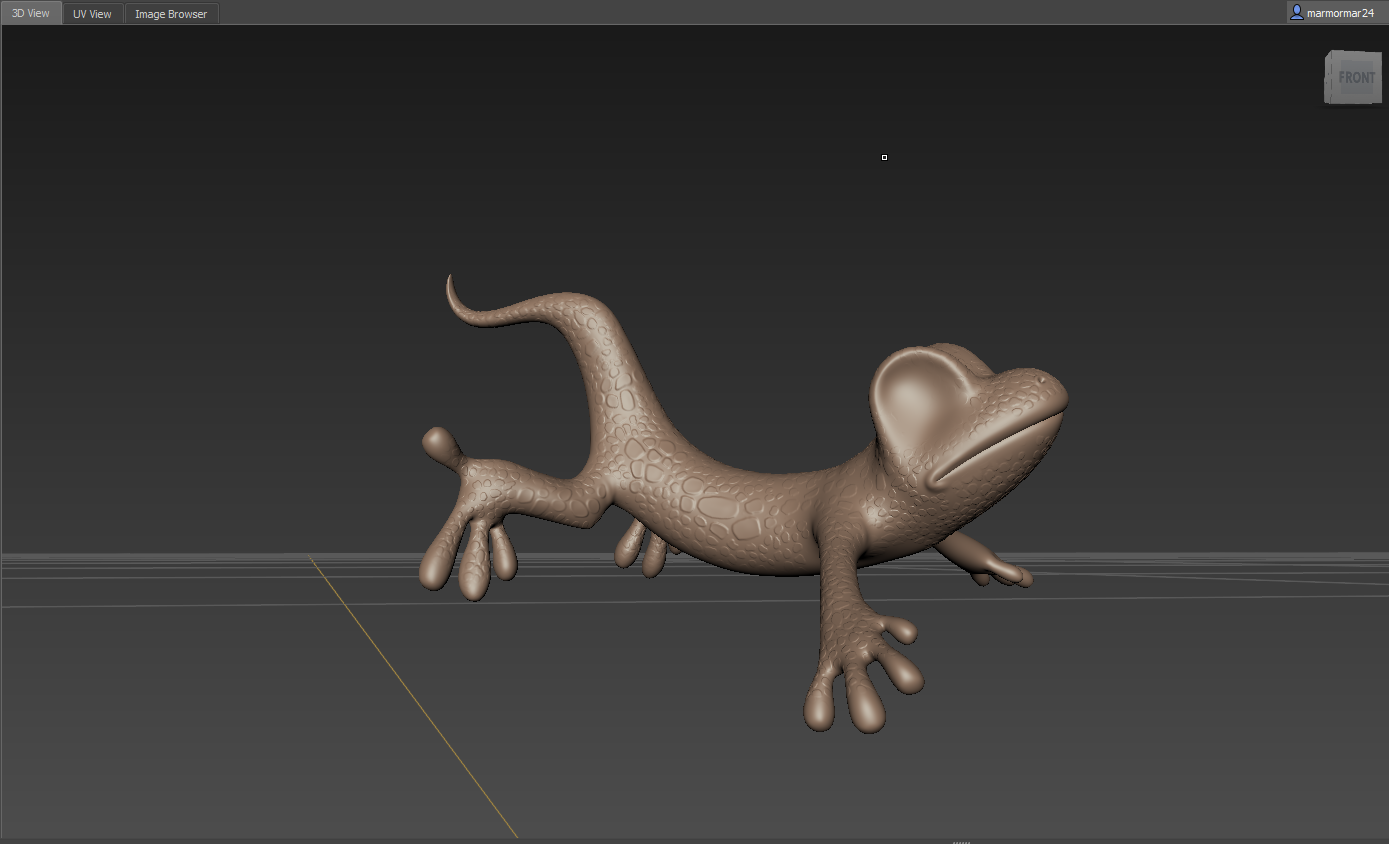 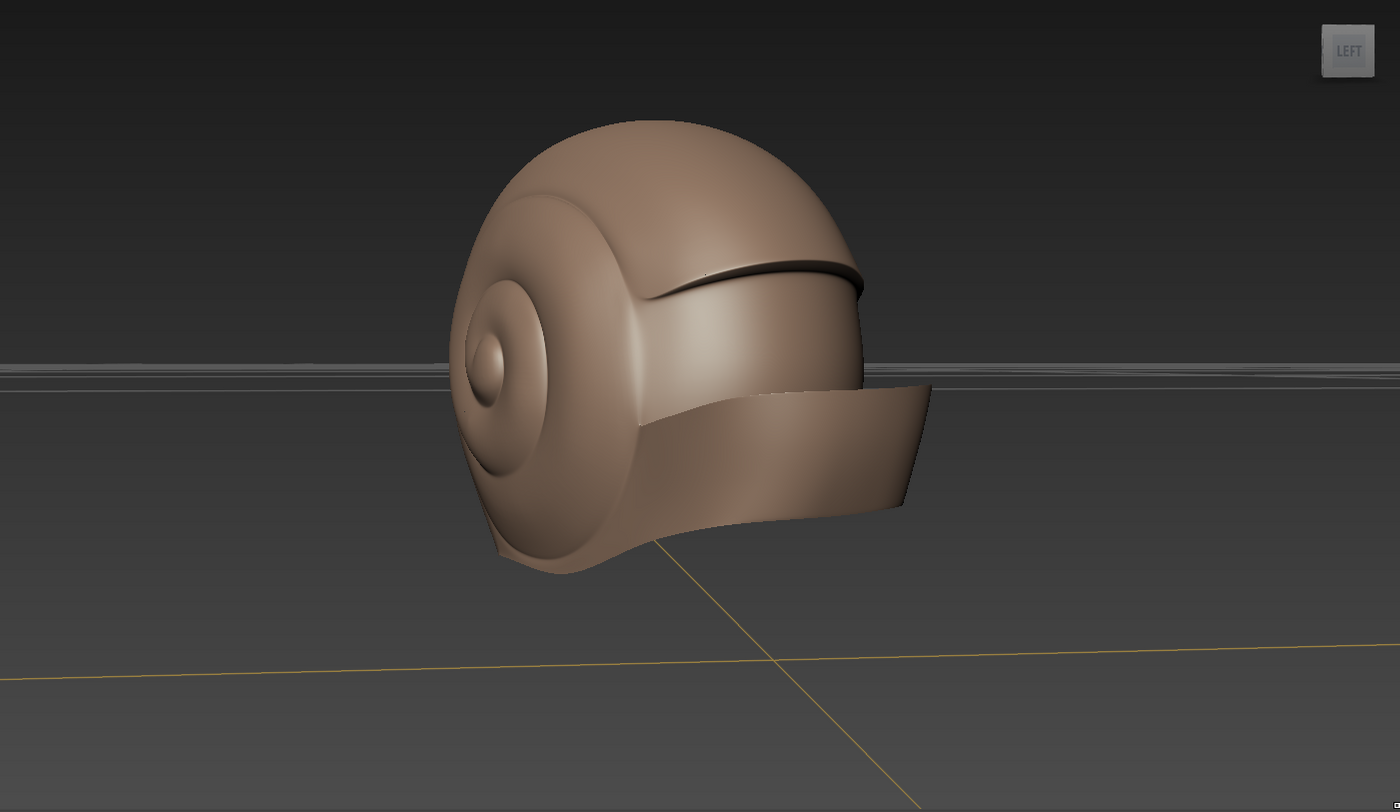 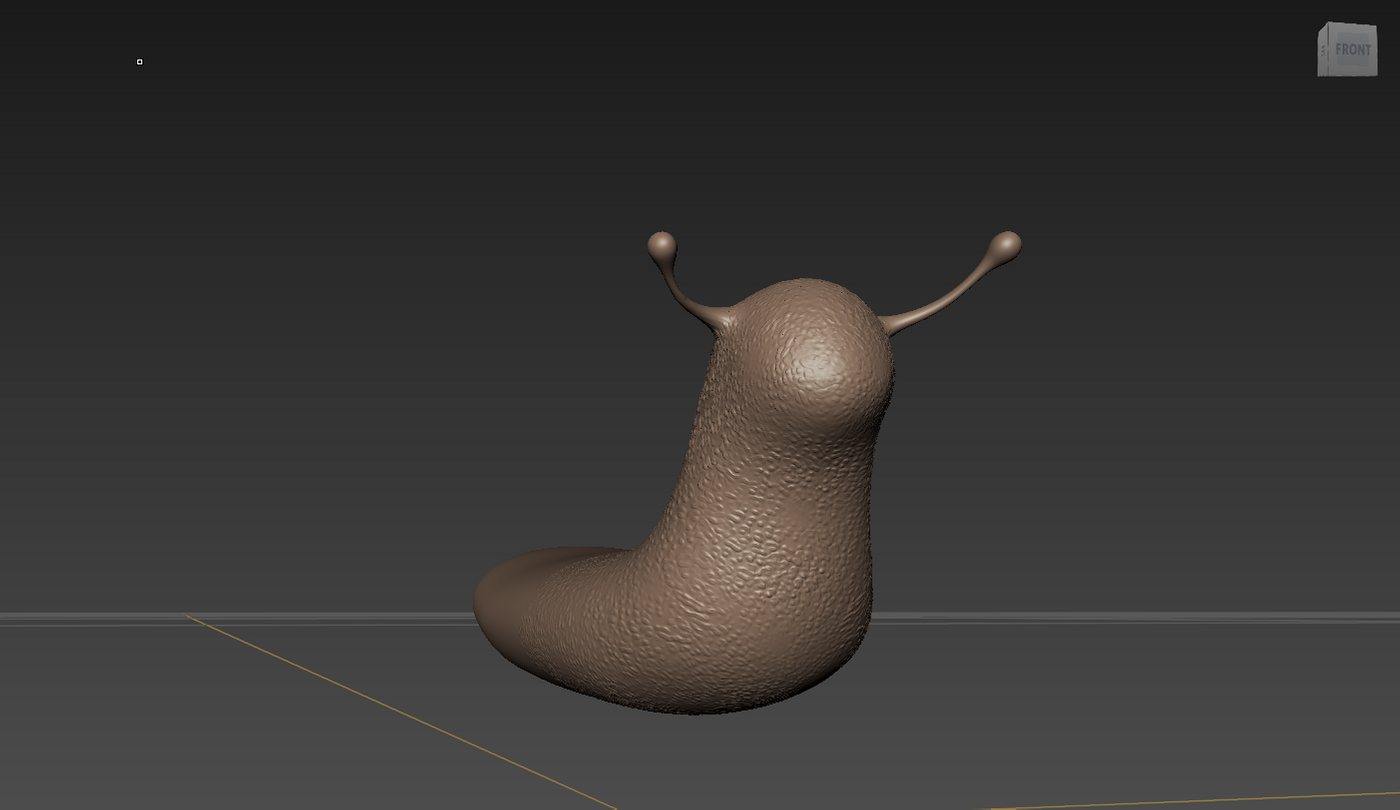 The next step was to put the basemeshes back into Maya, to position them correctly in the scene, and make some final tweaks to the poses using maya's sculpting tools. That step was crucial to match the poses to the original concept, and also for the facial expressions. After this was done, I took the meshes to Mudbox to do the displacement there. I chose to use Mudbox instead of Zbrush for this because I was more familiar with the process of extracting displacement from there, since we had covered it during the semester, but we hadn't gone into Zbrush yet. Again, time was a very important factor here, since I had a deadline for the project and I needed to be as fast as possible. For the scales I actually used an alpha that was designed to be a pebble pathway of some sort, but I felt it really matched the style I wanted. I followed the same process with the snail's shell and body, the tires and the leaf backpack of the turquoise gecko. The snail's body was specially hard, because it didn't read well without the materials on, so I was working a bit blindly on it. I decided to go for a grainy displacement, and then added more bump later during the texturing phase. 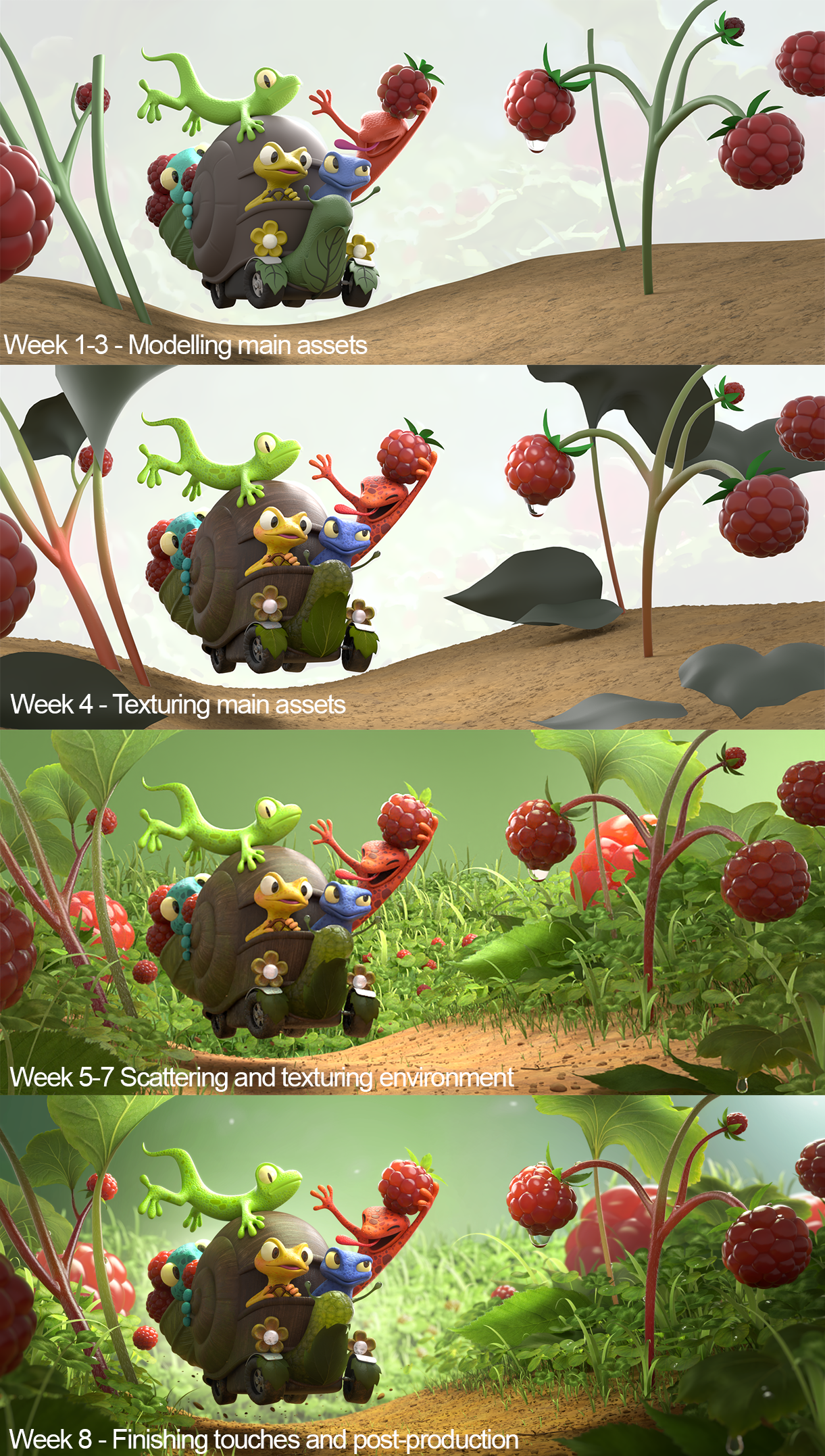 After I had finished sculpting and modelling all the main assets that formed the spotlight of the scene, I started texturing them using Mari. Texture work is my favourite part of the process, so this was a breeze to work with. The lookdev was a bit harder, especially with the subsurface scatter, but you can see in this process breakdown that I kept on iterating over it and improving the look. The first four weeks were devoted to creating these main assets, and the remaining four were for the environment, which was also a pretty big deal. I wanted to choose characters for games as my path for the following term, and that's part of the reason I decided to go for a piece more film-like and environment focused, because I also wanted to get familiar with these workflows. For the plants, I modelled some variations of leaves, clovers, little sprouts and grass, and scattered them all over the place using MASH. I also scattered a lot of rocks and manually placed some twigs to make the ground more believable. I also added little hairs to the big plant stems, which were implied in the original concept and also added to the realism. At this point the scene started getting really heavy with all these elements, so I used layers to turn some stuff off and avoid lagging.

To texture the environment I mostly used real pictures of leaves and alphas to achieve a more realistic look, and a Vray two sided material to recreate the effect of light shining through the foliage. I had to add a little color correction to match them to the hue of the scene, but it ended up blending pretty well with everything else.

The final touches in post production included adding some vray fog to the scene, to desaturate the background a little bit and create the impression of smoke coming out of the car's engine, and also using a Zdepth pass to add focal blur later in photoshop. Since I couldn't get a Zdepth pass that blurred the background and foreground at the same time, I had to do them separately and then composite it inside photoshop to get the final pass that you see above. Apart from that, and a little bit of curves adjustment, there wasn't a lot of post processing involved. All the process was an incredible learning experience for me, where I pushed my limits further than I could have ever imagined. I'm very happy with the result, especially for my first serious project. I hope you like it as well! 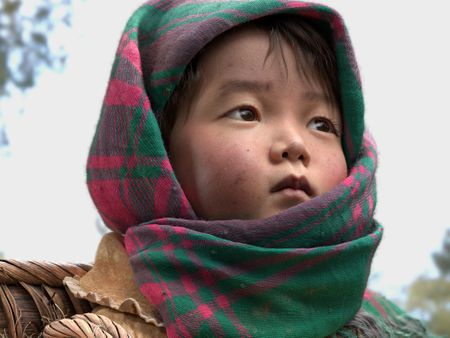 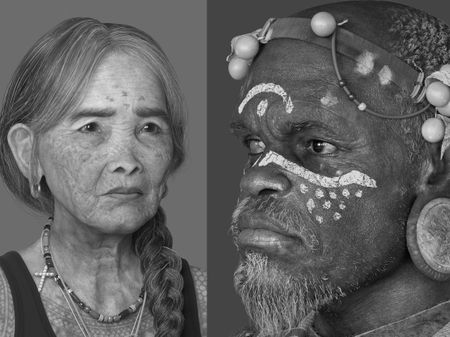