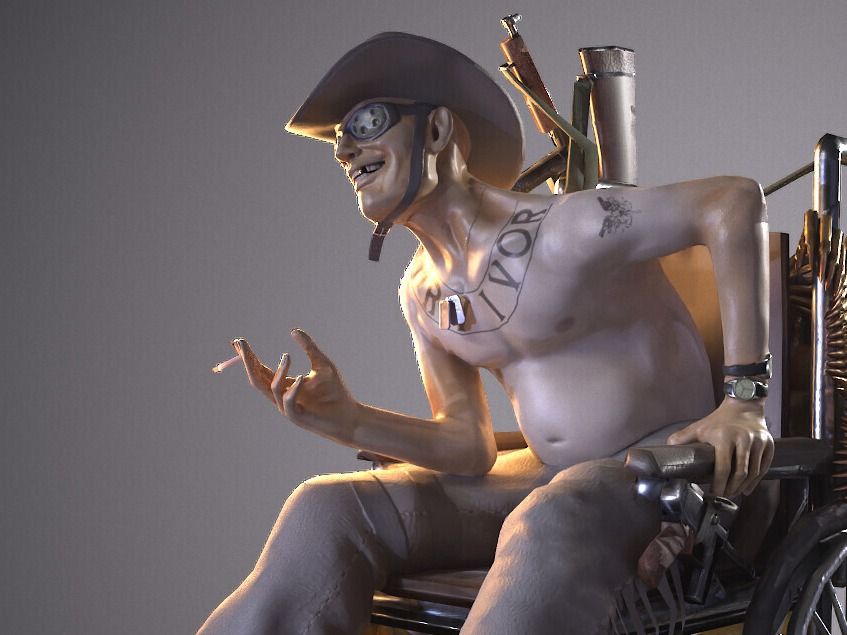 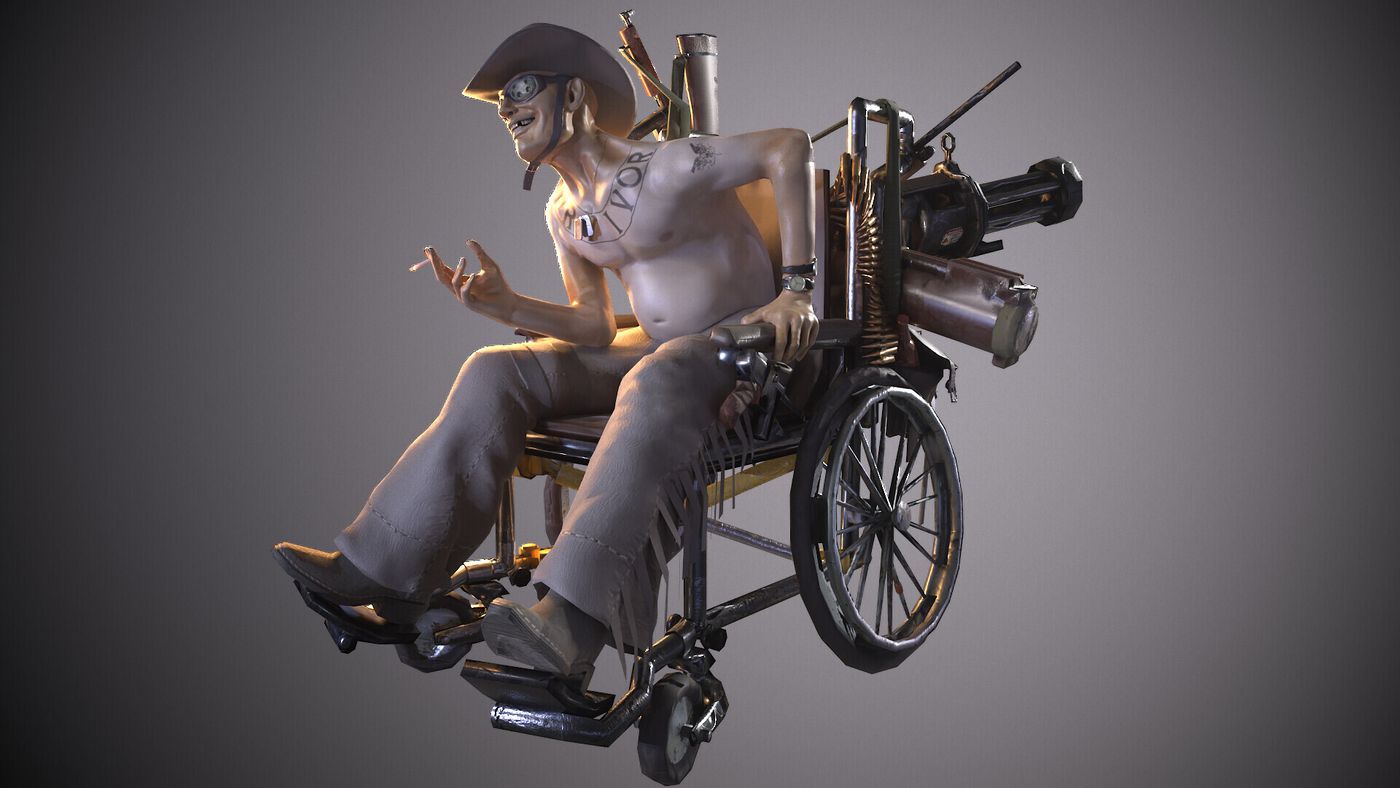 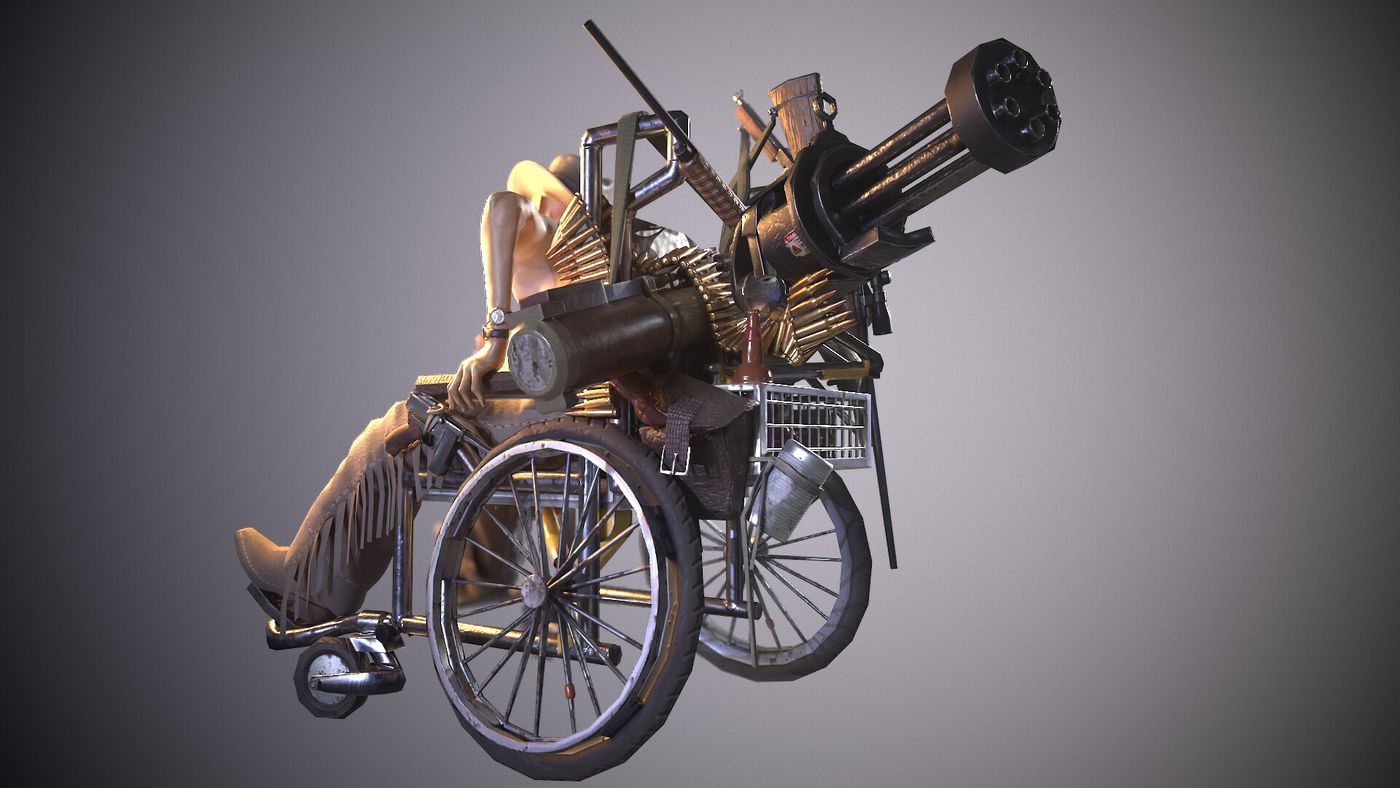 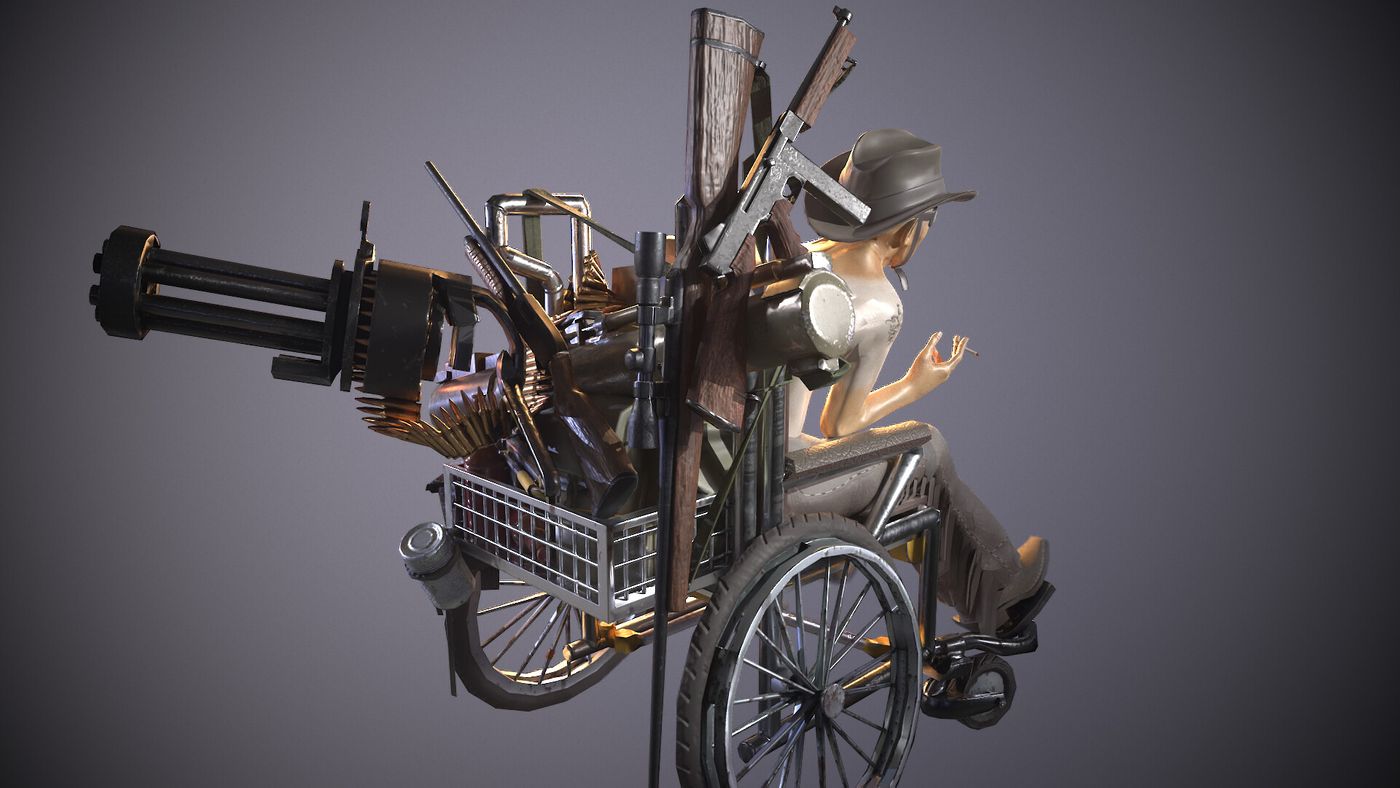 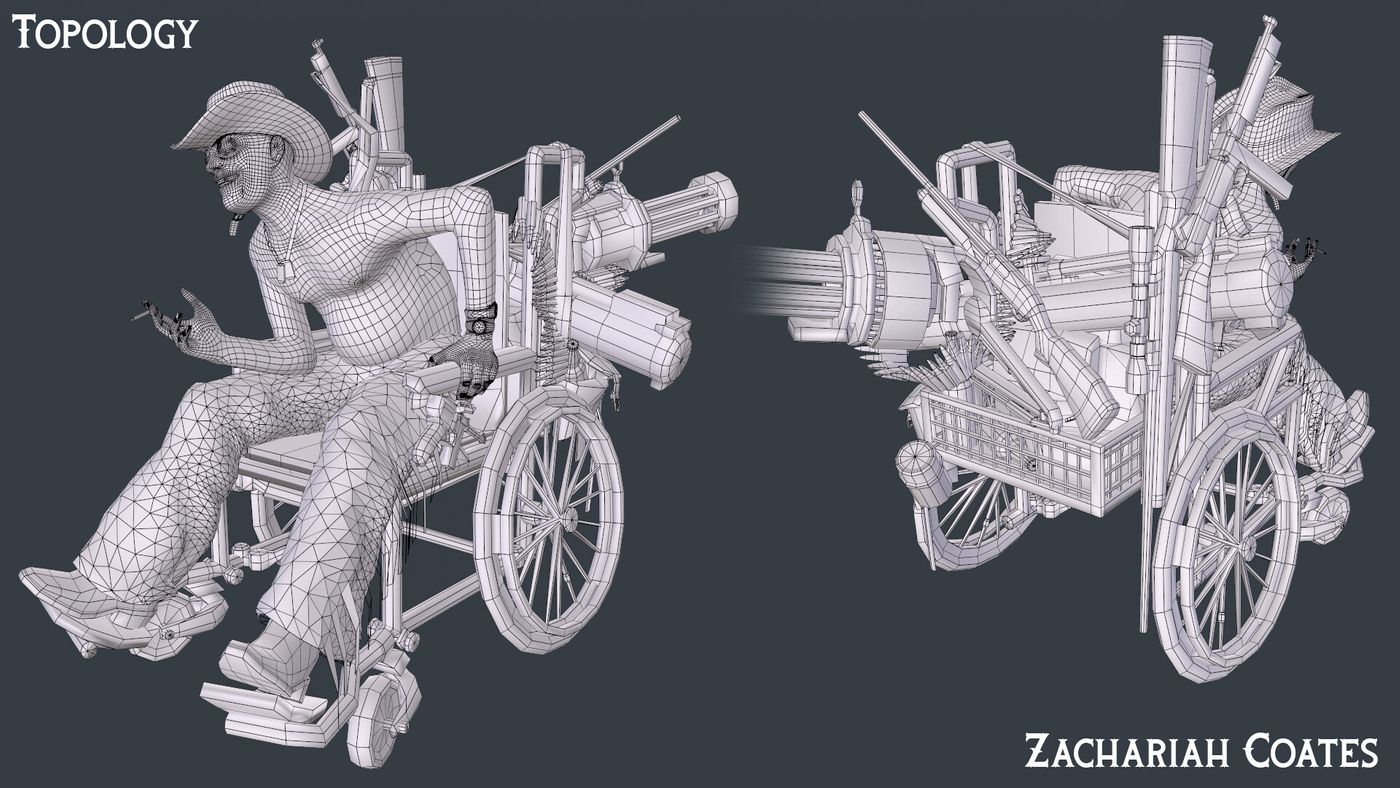 I produced the body carefully with the concept which paid off giving the model deep character. Working from one angle was a challenge since it looks good from especially good from one angle and less so on others. Some details were hard to make out, so I had to improvise parts which challenged my understanding of the character and was technically challenging. The weakest part of the model is the texture of the skin, this looked shiny when it was rendered and had missed the details like pores, I added in substance painter. Another part I dislike is the machinegun’s positioning next to the sniper. It looks like it isn’t possible to remain where it is without falling off. Near the end of the project, I noticed there are some assets missing from the character like the object on the wheelchair’s left arm as well as luggage in the basket. Here I improvised by reusing textures as assets to make these, which I am happy with.

The weaker parts of this project have been the bake of some of the hard surface parts such as the minigun which has been a result of the topology being too low so in the future I will be more generous with my polycount, especially with significant parts like this.