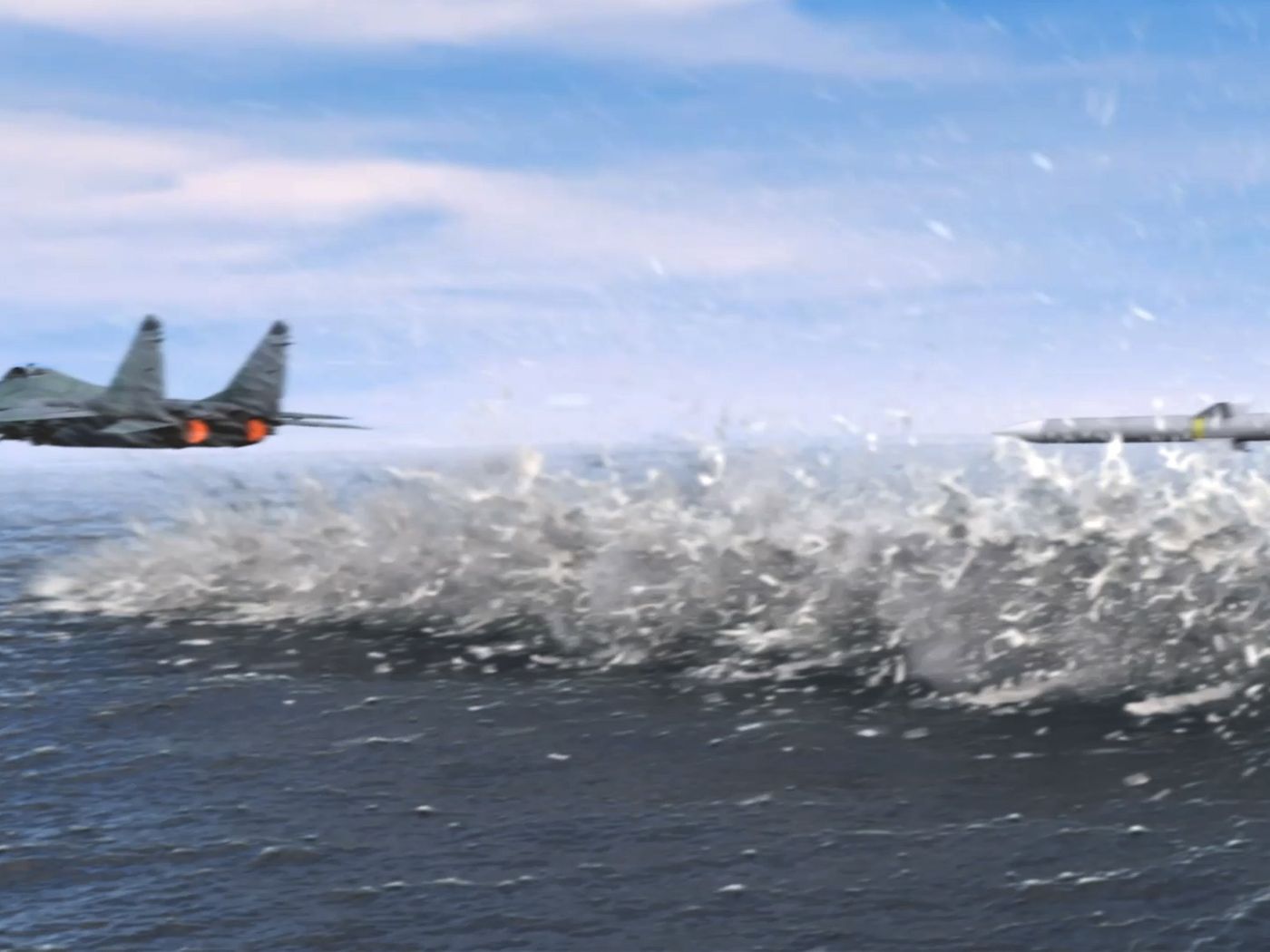 "Surface to Air Battle" is an FX project that illustrates the battle between a Surface Battery and a Fighter. These dynamics include multiple effects like Fire, Explosions, Smoke, Dust, Fog, Water Surface, and Splash.

Surface to Air Missile Battery on an island detects a Fighter Jet flying at a low altitude above the ocean surface, Battery launches a surface to air missile which follows the Jet to drop it down.

To avoid collision with the missile, Jet flies too closer to the ocean surface which makes the water splash around due to supersonic speed and then Jet releases chaff flares as a countermeasure.

The missile hits Chaff Flares scattered in the air creating a mid-air explosion. In the end, Jet launches a missile that hits the battery on the ground destroying it.