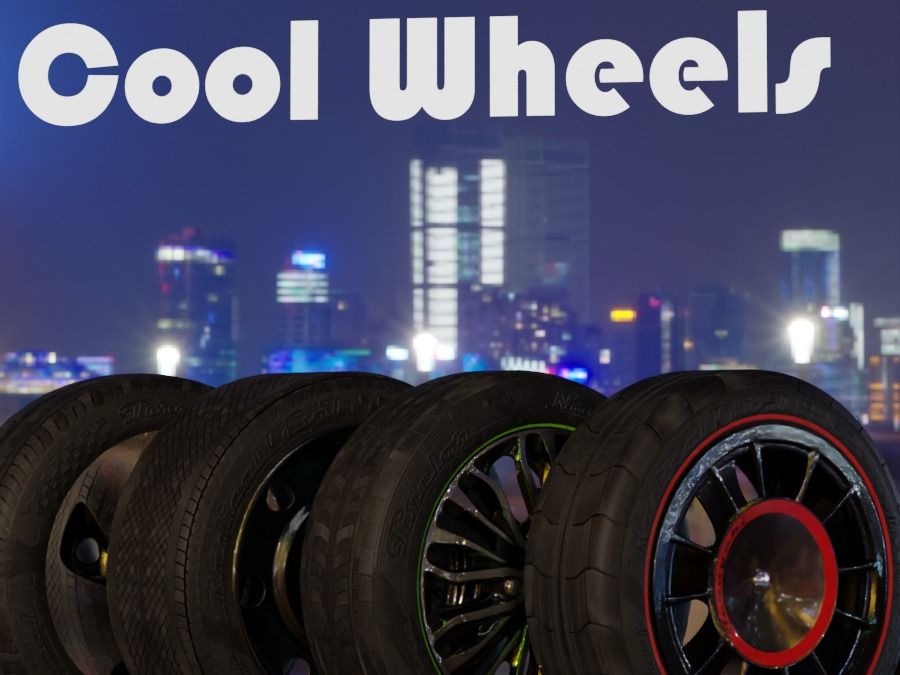 The infamous Harbour Street Race is coming. Who will win, who will lose, and who will get eliminated?

The infamous Harbour Street Race is coming. Who will win, who will lose, and who will get eliminated?

This film is produced by Mathias Sune Piepke Rothausen in the span of 6 weeks. I hope you enjoy!

My entry for the rookies started out as sort of a parody of Fast and Furious. I wanted to create some major scenes and plots from the races, but the main idea behind it all, would be the reveal of not racing cars, but insted racing tires. Eventually through feedback ,and my own realizations it ended up being inspired more by Death Race (2008), than the Fast and Furious series. Thus came a bit of a tonal shift, location shift, and overall colorgrading of the project.

I started of the project, by doing a storyboard, of all the scenes I wanted in my film. I had very clear images in my head of the look, feel, and location I wanted. I initially wanted to go for a look similar to that of the first Fast and Furious movie.

Reflecting on that now, I realized that location scouting would have been a much better idea for the first step, after the initial idea generating. I have realized this as the location I had in mind, didn't look exactly as I had envisioned, and the feel the movie clips got, was more in the realm of high school film making. Not the look i wanted. See example scene below

Ignoring the camera shake, and the car in the background, i felt that the shots from this area in general felt kind of cheap. It had the feeling of "lets go to the nearest road, and start filming, without any real planing.". So I went back to go on location scouting in two different cities: Vejle, and Grenaa. I came to the conclusion that both of these cities have big harbors with good, and more professional looking, areas.

A problem I came into after realizing this, would be the biggest shift i had in the process. My mian inspiration. It turned from a Fast and Furious parody, into a Death Race (2008) inspired film. Having roughly the same locations, and a colorgrading similar to that of the Death Race movie.

But, before realizing this, i had my hand at character design. 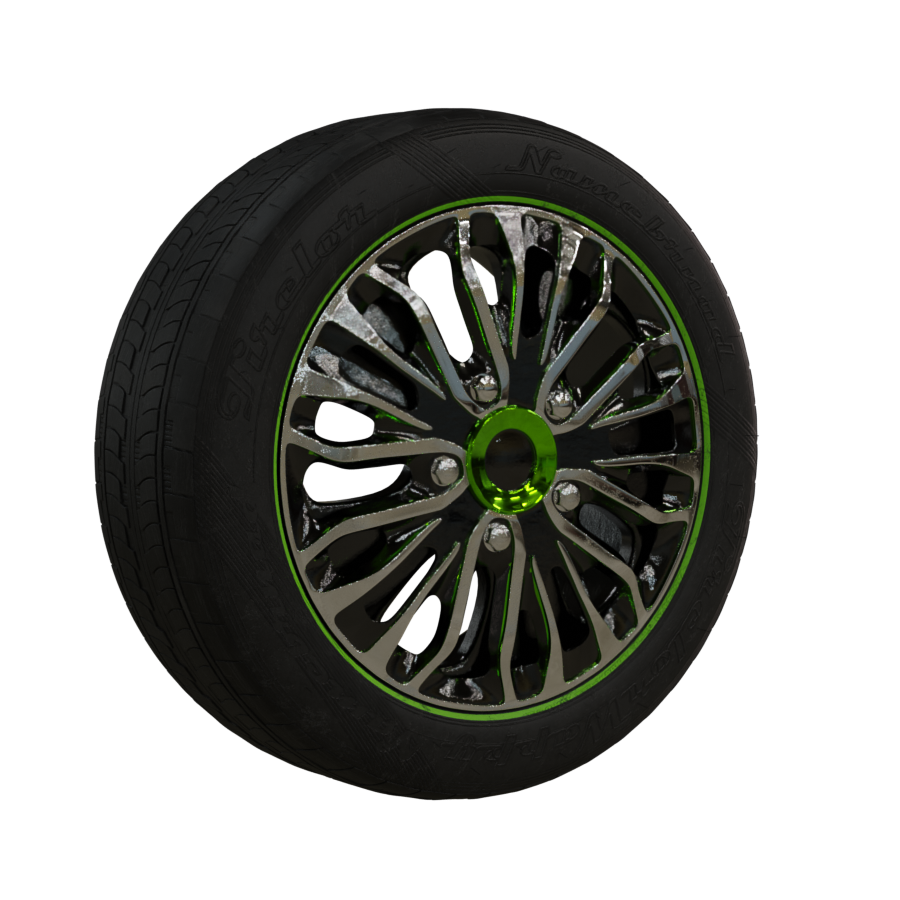 The process itself wasn't too long. I knew i wanted an underdog, or hero, a villain, a brutish raw feeling tire, and a normal looking tire.

For the underdog I wanted something recognizable, even at high speeds, so I decided to make it colored, to stand out from the rest. Initially I went for purple, as it is my favorite color. But I realized after a few test scenes, that the color didn't stand out enough, so I ended up removing the green color from the villain, and turn the villain red, after some consulting with some classmates. 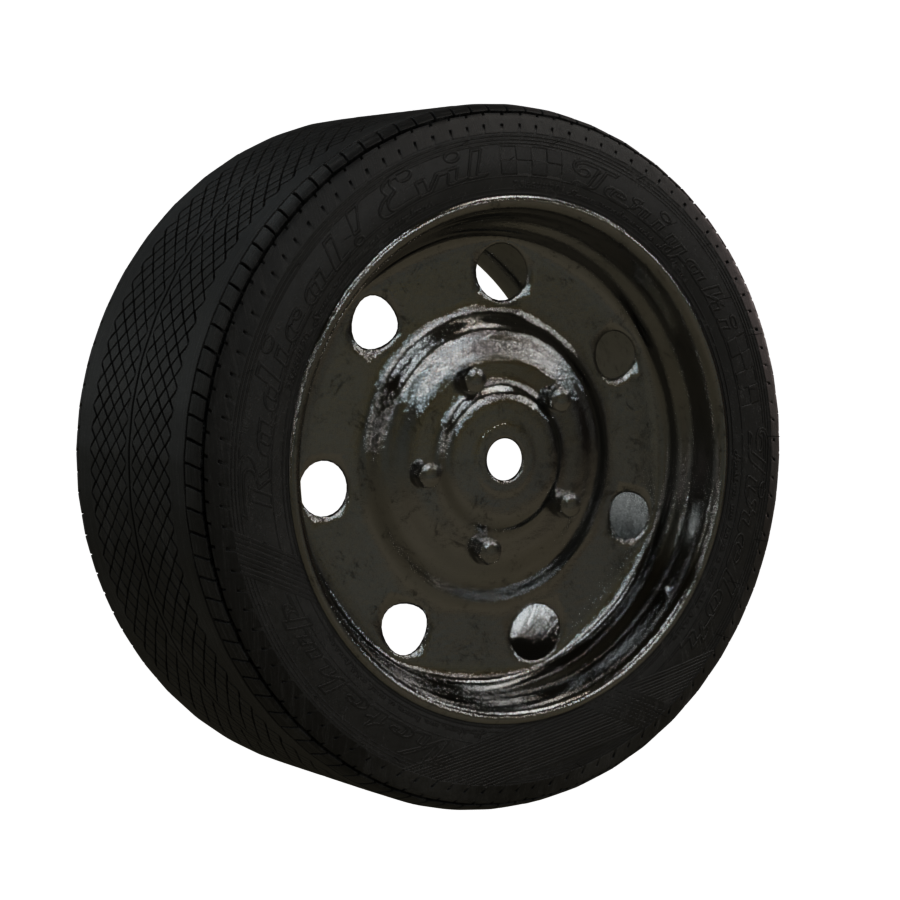 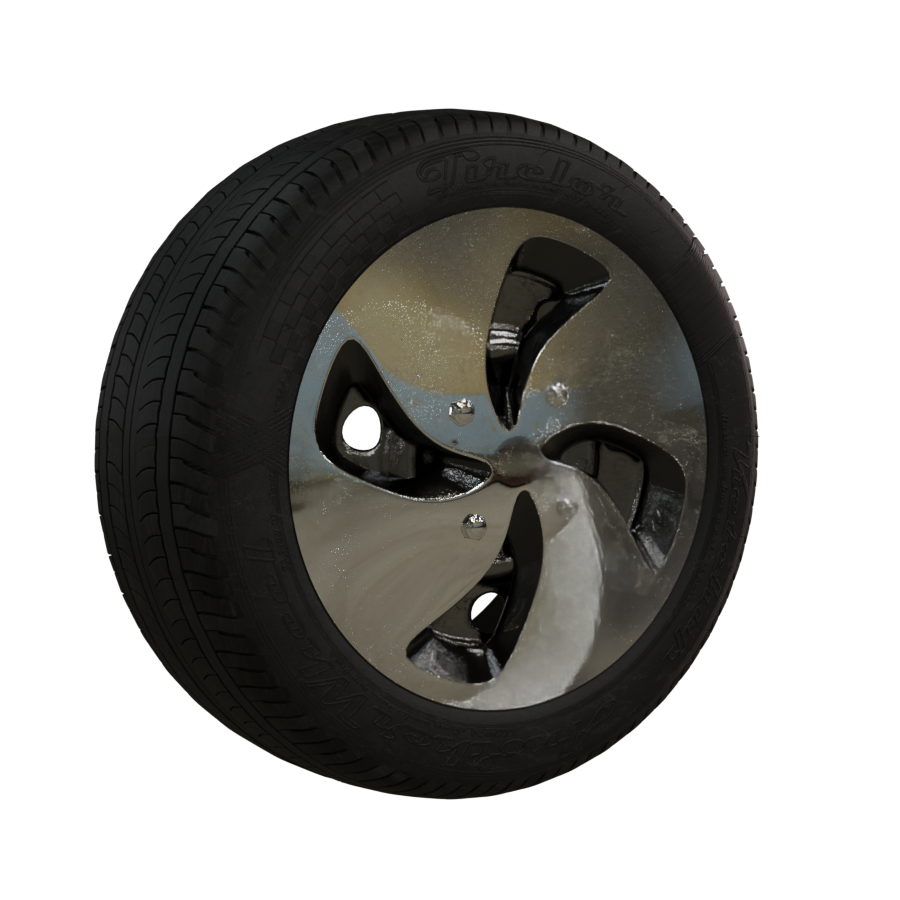 The two other tires I didn't want to focus too much on, so i turned the rims of one a shiny plastic, and the other, I decided, shouldn't have a rim. 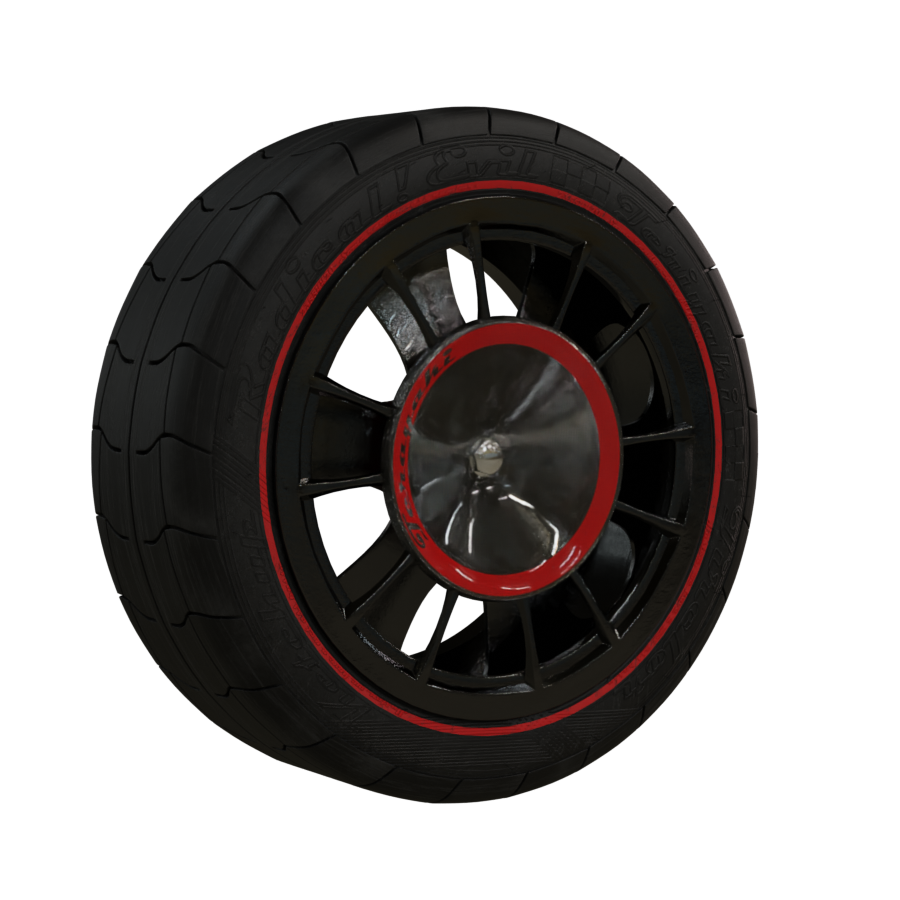 As for the villain, it started out green, but as mentioned, turned red. I tried to give it a look that was loud. So i based the idea of a rim, mixed with a subwoofer

After the tonal shift, and character designs, i had to look into how to get the tires integrated with the recorded scenes. I had to think of this before i went out to film. I tested out a few motion tracked shots, which mostly turned out fine, but there was alot of trail and error, and i decided i had to have as few tracking shots as absolutely possible. This could be achieved in four ways.

2) having a camera standing still

4) have the camera move extremely fast, either moving from side to side. Or moving forward/backwards. By doing this, the clip could be sped up. Random noise could be implemented in the 3d camera, so it looks like its moving fast, even though the speed, and movement would not follow the movement of the actual camera to a tee.

After having planned out most of my scenes, and had all my models ready, I went out to film the footage I had to get. I decided i wanted to use as few assets that I didn't make, as possible, which also mend no stock footage for establishing shots, luckily this wasn't as big of a problem as i feared, as i had two different harbors to film at, meaning I could get diverse areas, that still made sense to have in the same filmic universe.

Filming went pretty good, except for two major things. One being the rain of the first day of filming, meaning i had to end my session early, and secondly, the weather was getting less cloudy by the day. I feared this would be a problem, as most of the scene, objects would suddenly have shadows.

Because of this, I had to work on a few clips out of order, but luckily most clips could be saved with a bit of color grading.

Though the biggest problem had yet to come. The sheer number of VFX shots.

Out of all the shots in the movie, only the establishing shots, didn't have any CGI. Which meant 4-6 out of 120 storyboard sequences. I had to make 115 sequences, or roughly 65 shot, from recordings, and add CGI to that. From that day, until the deadline of The Rookies, way about 4 and a half weeks. That's 30 days, meaning i had to get at least 2 VFX shots out, every day. This includes setting up scenes, a bit of tracking, camera matching, cutting, editing, sound design, music, color grading, and rendering. Not only was this about 60 scenes, but also just under 2 minutes of CGI at 24 fps, resulting in just under 2,880 frames, so I went at it. This ended up with a total of 4,496 frames in the end, though by optimization, the average frame took about 15 seconds of render time.

The first problem I encountered was my footage. Most of it was fine, but i had just bought a new Black Magic camera, and a gimbal, and the shots where the gimbal did most of the work, it was really visible, even with stabilization. So some of it had to be re-recorded, other had to be stabilized by keyframing scale, translation, and rotation, which luckily was mostly pain less, but resulted in having to record 2 times at the harbor in Grenaa, and 3 times in Vejle.

Another problem I faced, both while filming, and while editing/CGI, was that scenes didn't look exactly as planned on storyboard, nor in my head, so camera angles, and framing was mixed up a bit, from my initial vision. Though the final video did turn out better than I had had in mind, before scrapping the Fast and Furious idea.

Though The Rookies in done in only a few hours, my school stay will last for 2 more weeks, giving me the time to fix some of the quirks, and rough edges. This doesn't mean I ain't proud of what I have showed you today. This is easily the longest, and biggest one-man project I have worked on so far, and I am proud with the result I have made, in just 6 weeks.

I hope you have enjoyed the video, and enjoyed my process, to my first VFX film