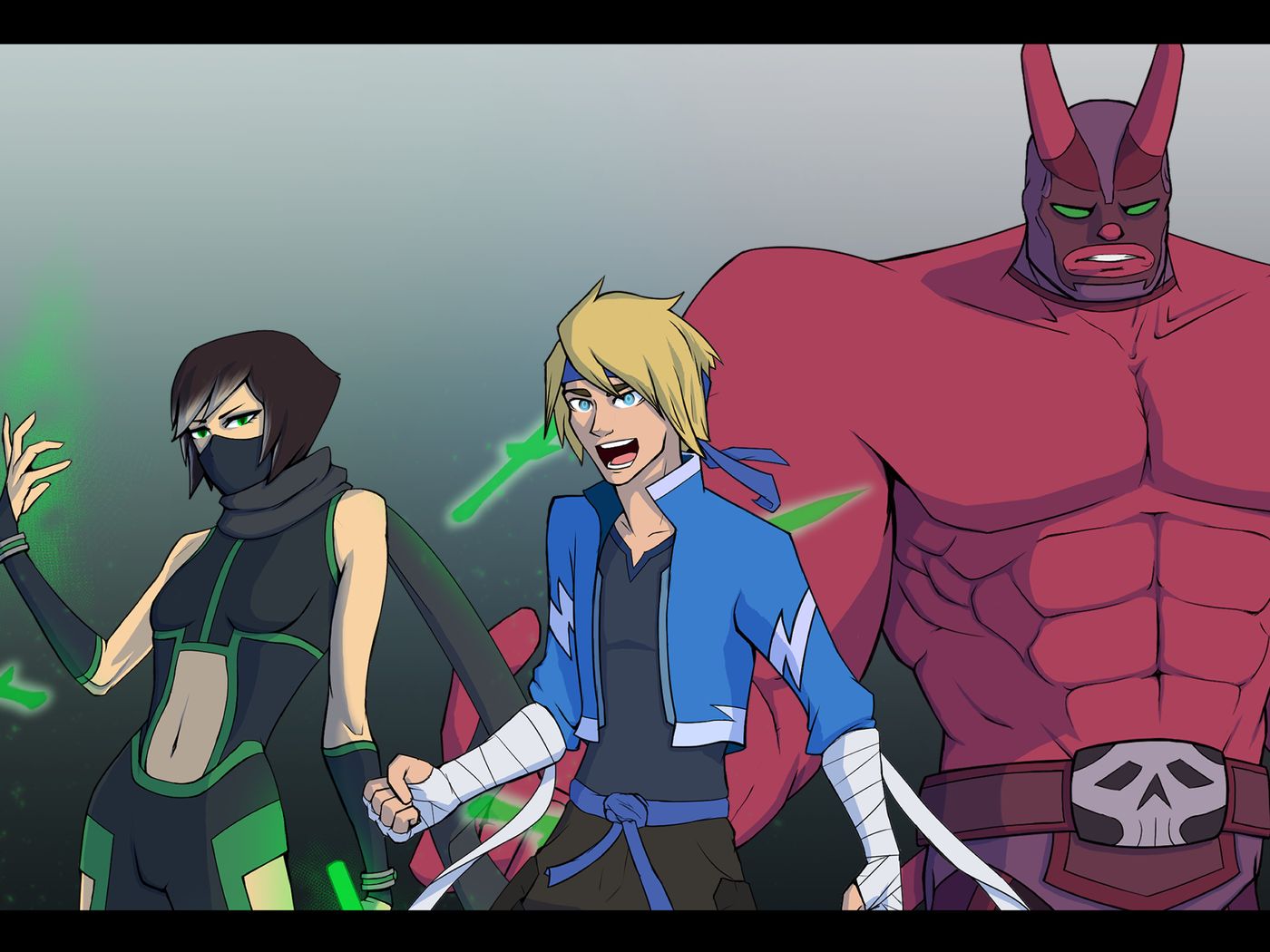 My name is Ethan Lunt, currently in my third year of studies with Flinders/CDW Studios. I have recently been working on 3 character designs which would fit into a fighting game. I always want to improve my technical and design skills going forward so critique and feedback is welcome! Thank you for reading!

The first character was designed with the 'Shoto' fighting game character archetype in mind, I wanted to ensure when designing him that his appearance would immediately give the viewer the impression that he is the main character. 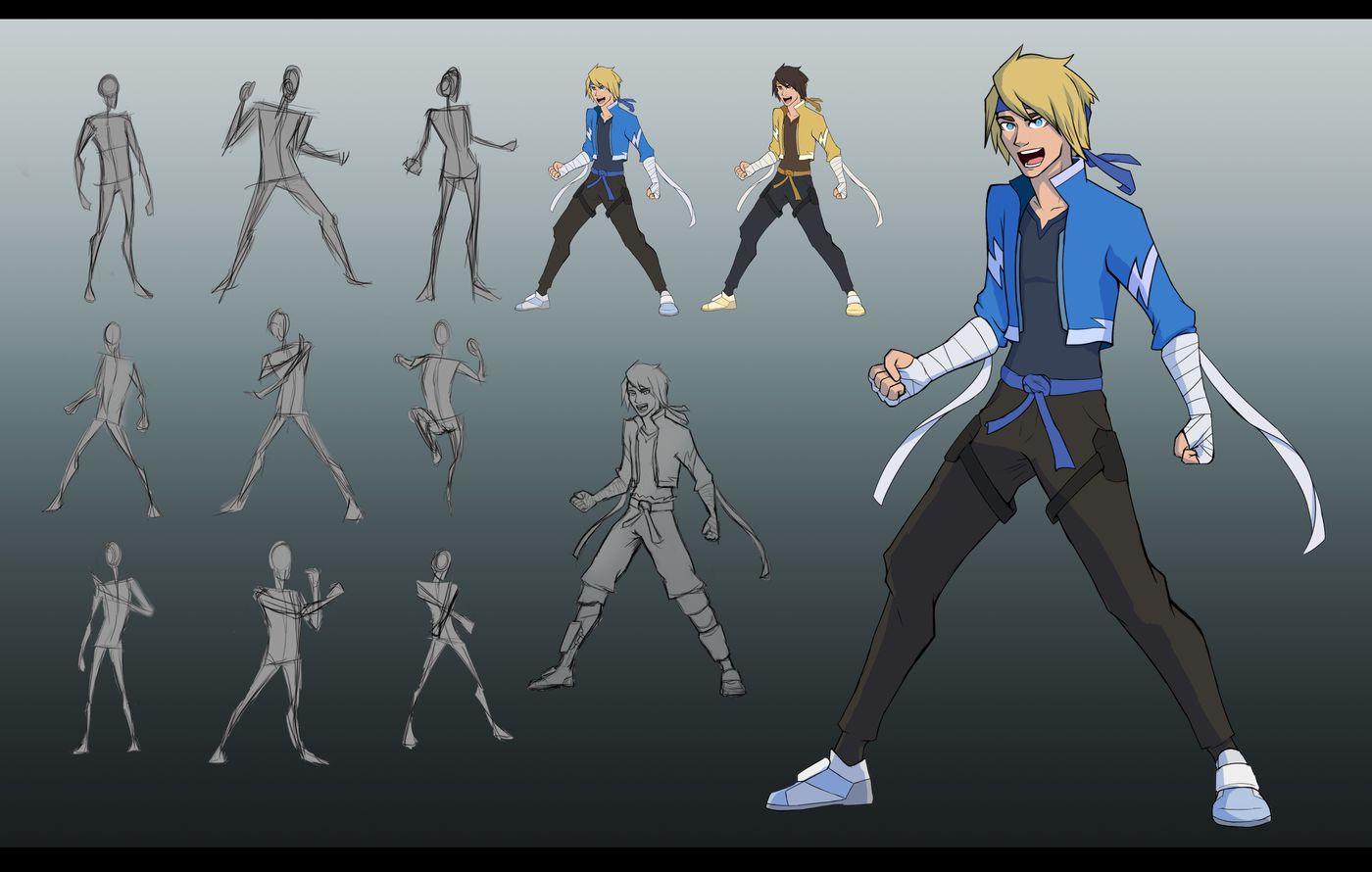 For the second character I wanted to design a Grappler archetype character. The most important aspect for this was making sure he had huge muscles and arms to show that he was a character who's appearance would be reflective of his fighting capabilities in grabbing opponents with slow but heavy attacks. 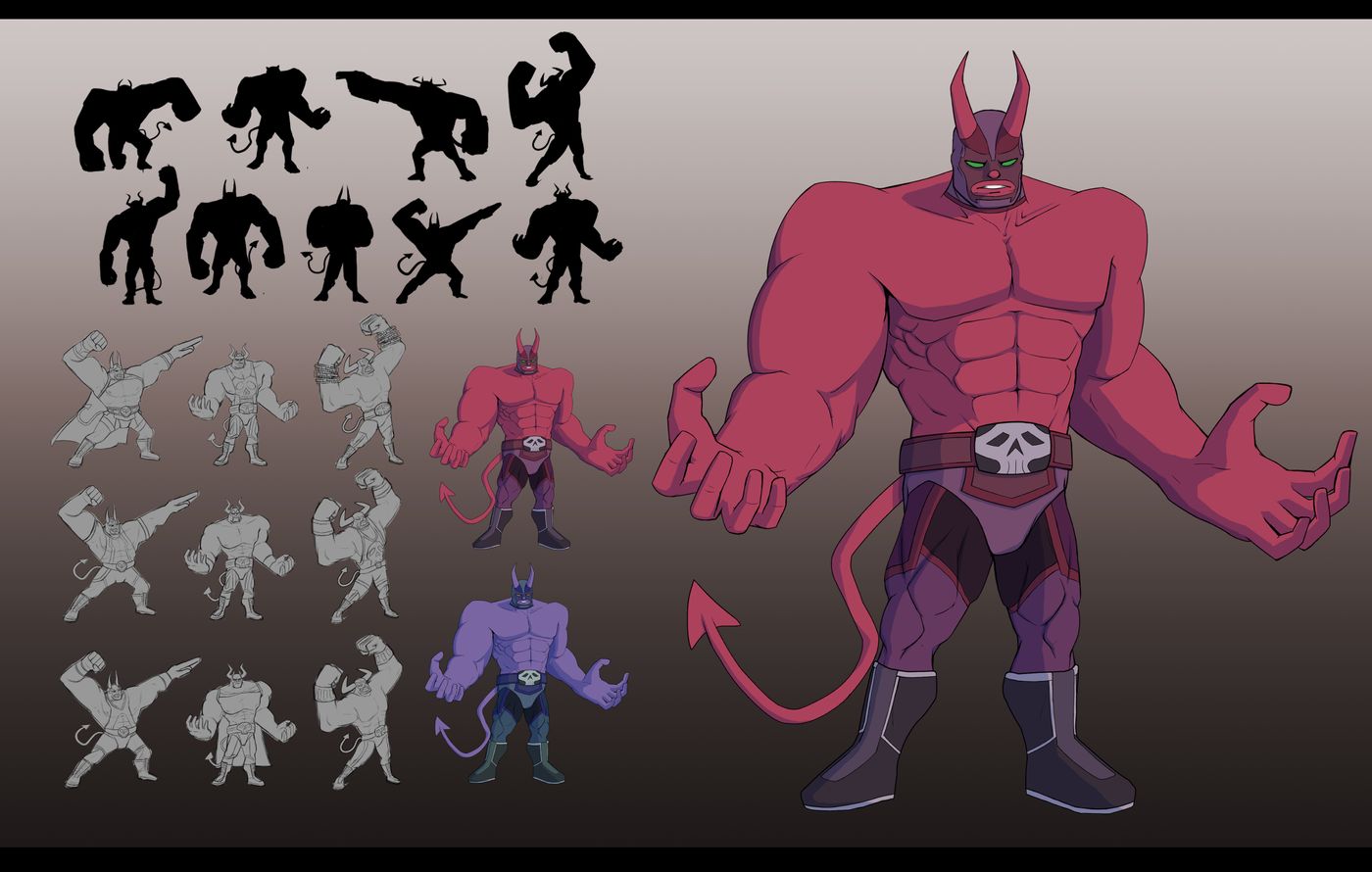 The third character was designed with the Zoner archetype in mind. I wanted to make a character who used a tool/weapon of some sort and settled on the concept of one who would generate energy/magic weapons to send flying at her opponent or to attack with some reach. 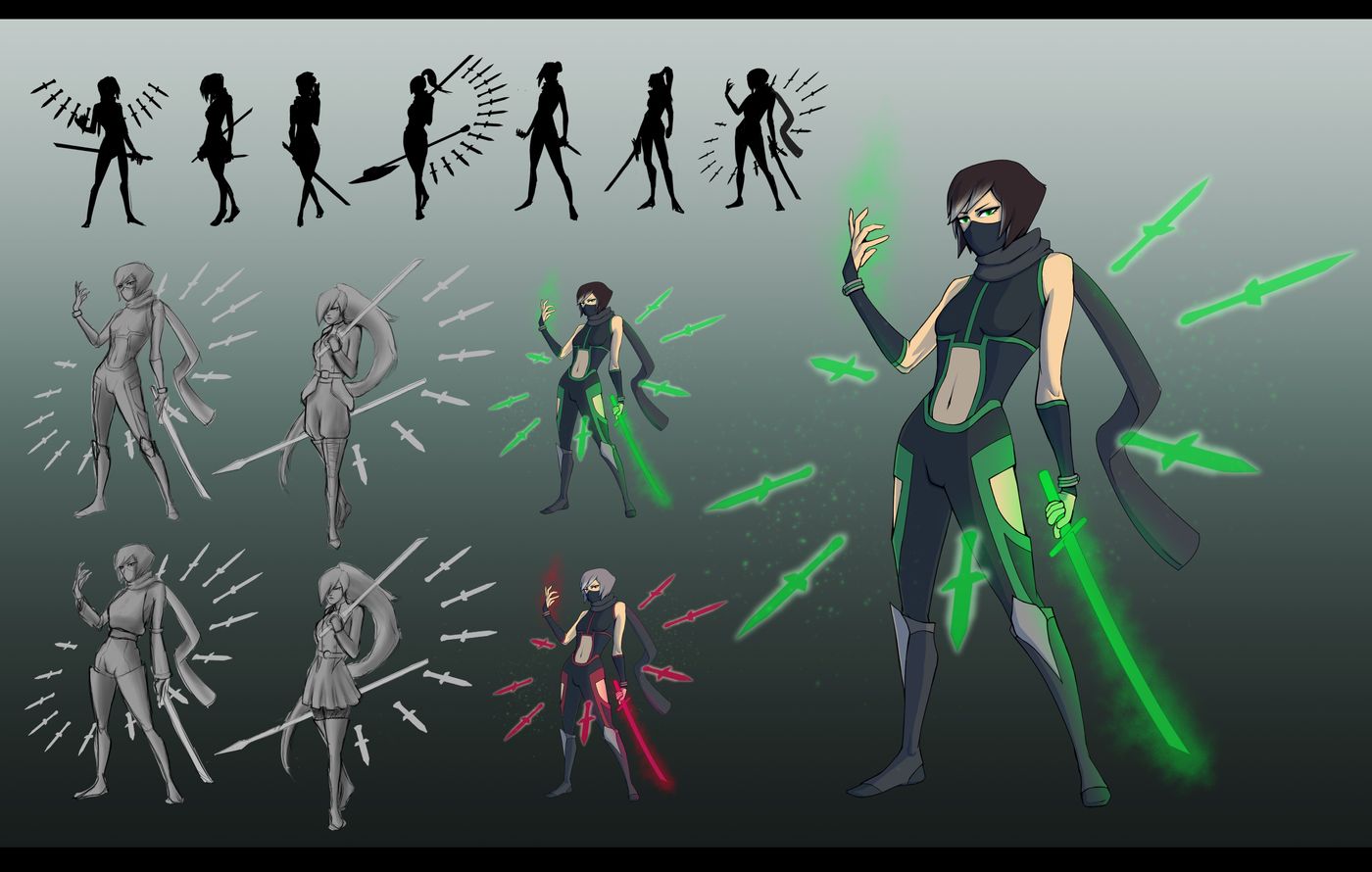 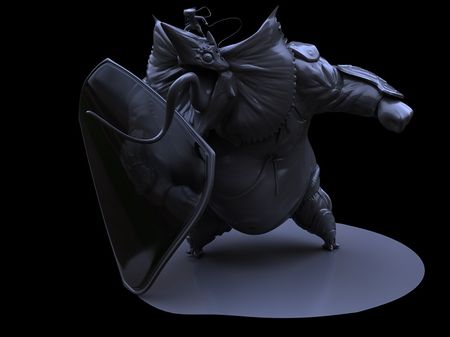 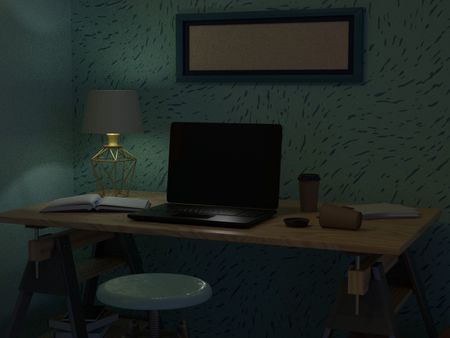