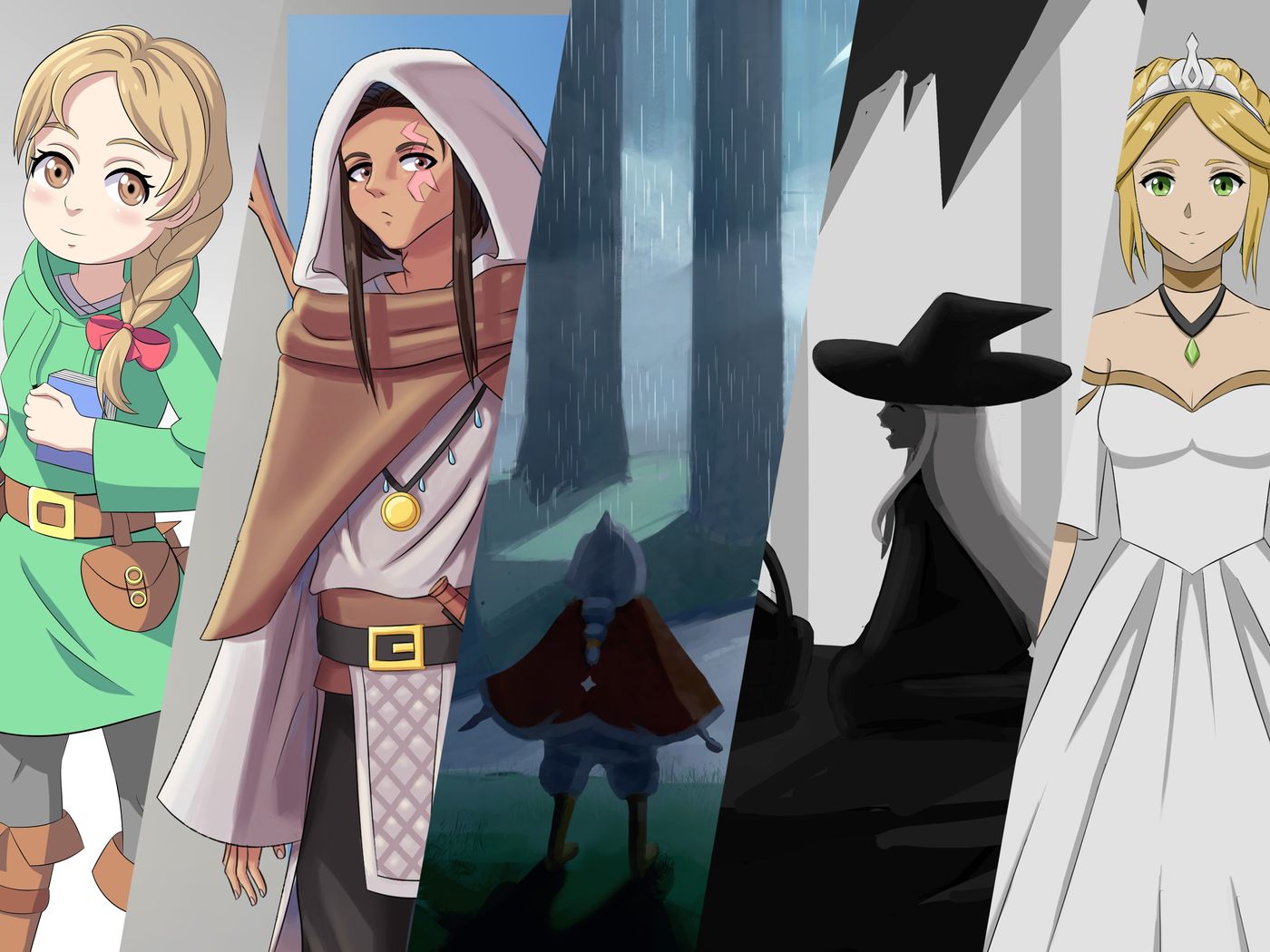 This is a collection of my best concept work from my first year to my third year at Flinders University / CDW Studios.

Set in a fantasy world, Sarah entered the inside of an old tree trunk that leads to a village. With her, she has a note containing crucial information and a book about magic. She isn’t great at magic, so to not overcomplicate things, she prefers to use her dagger. 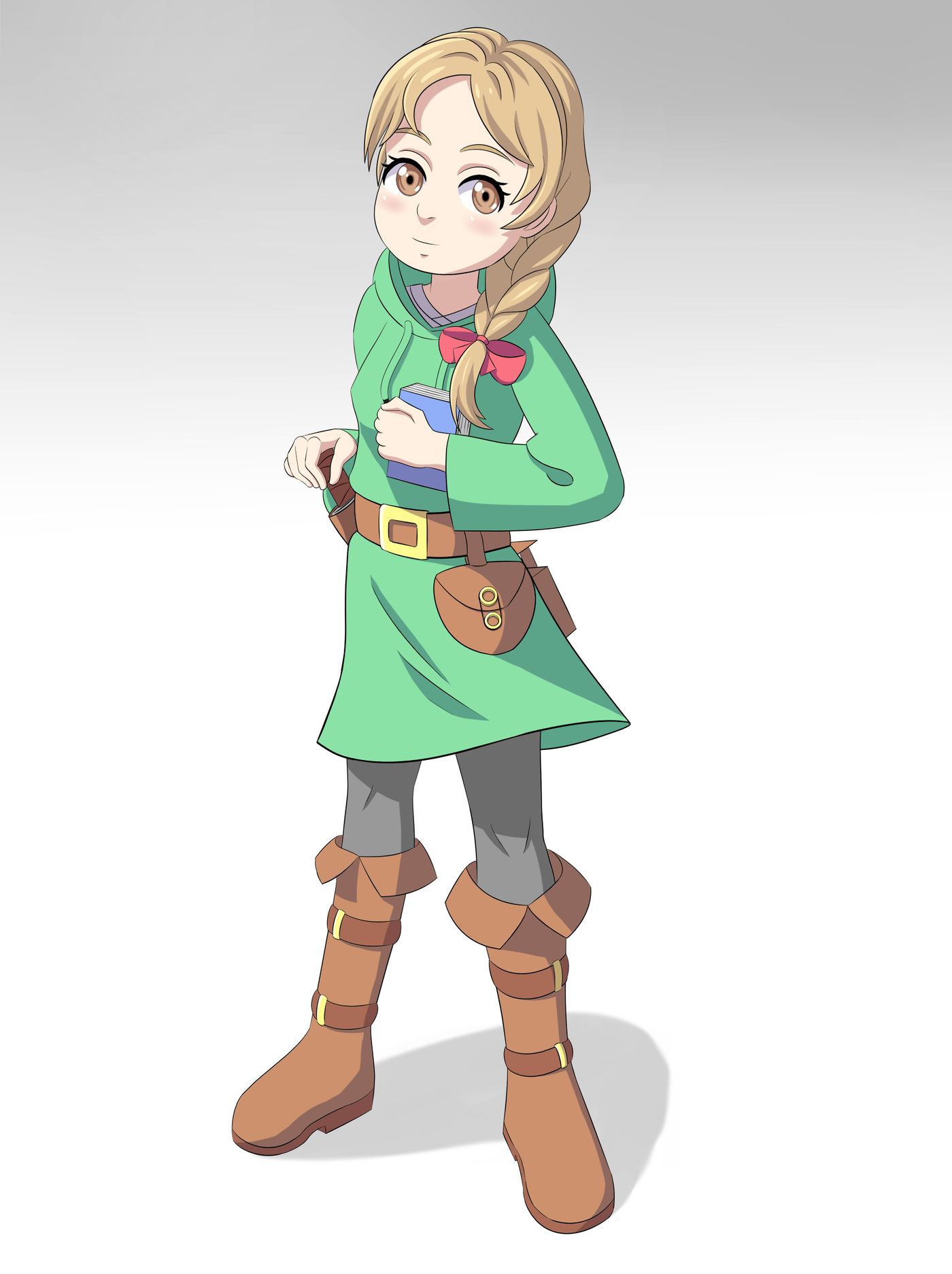 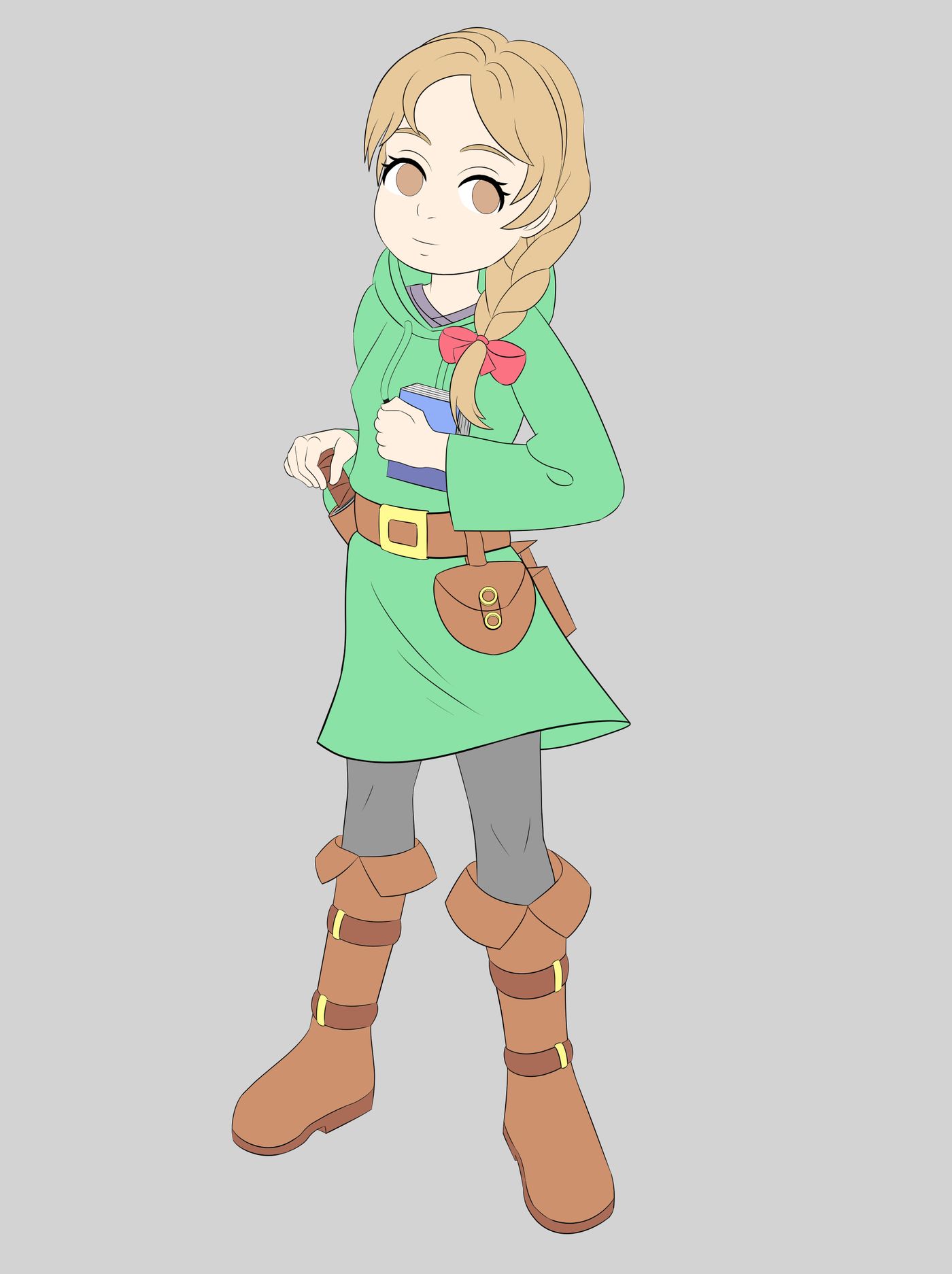 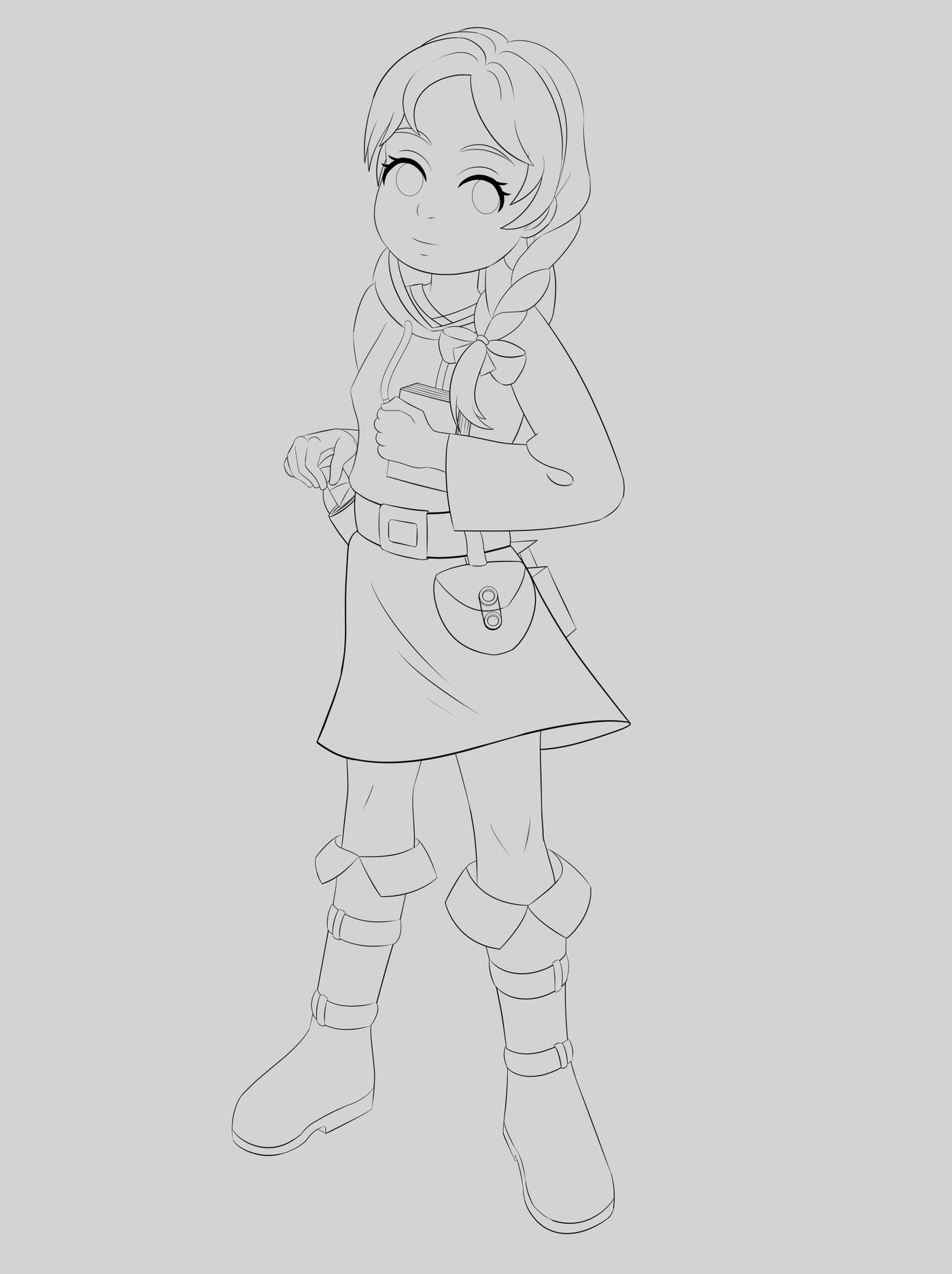 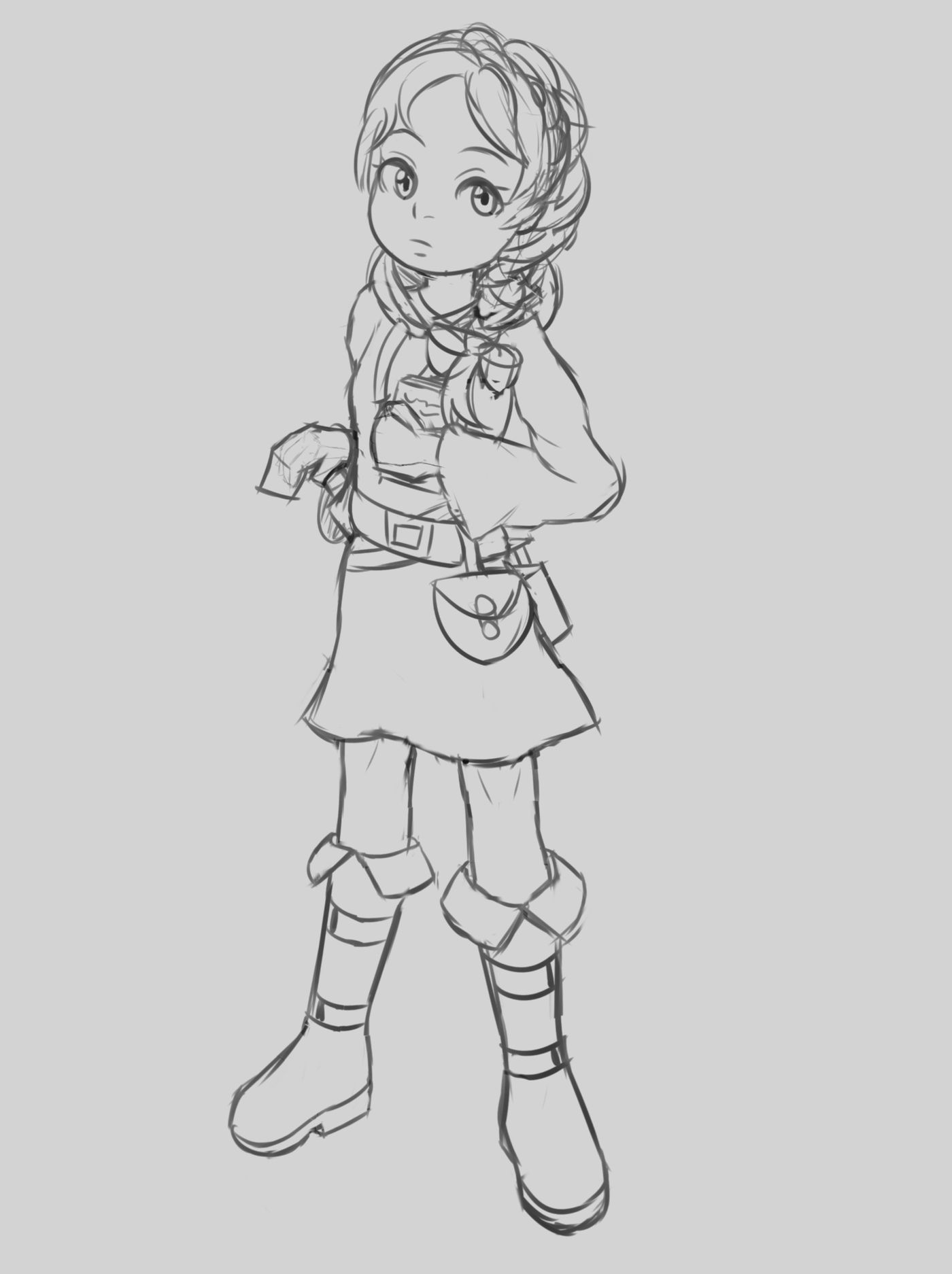 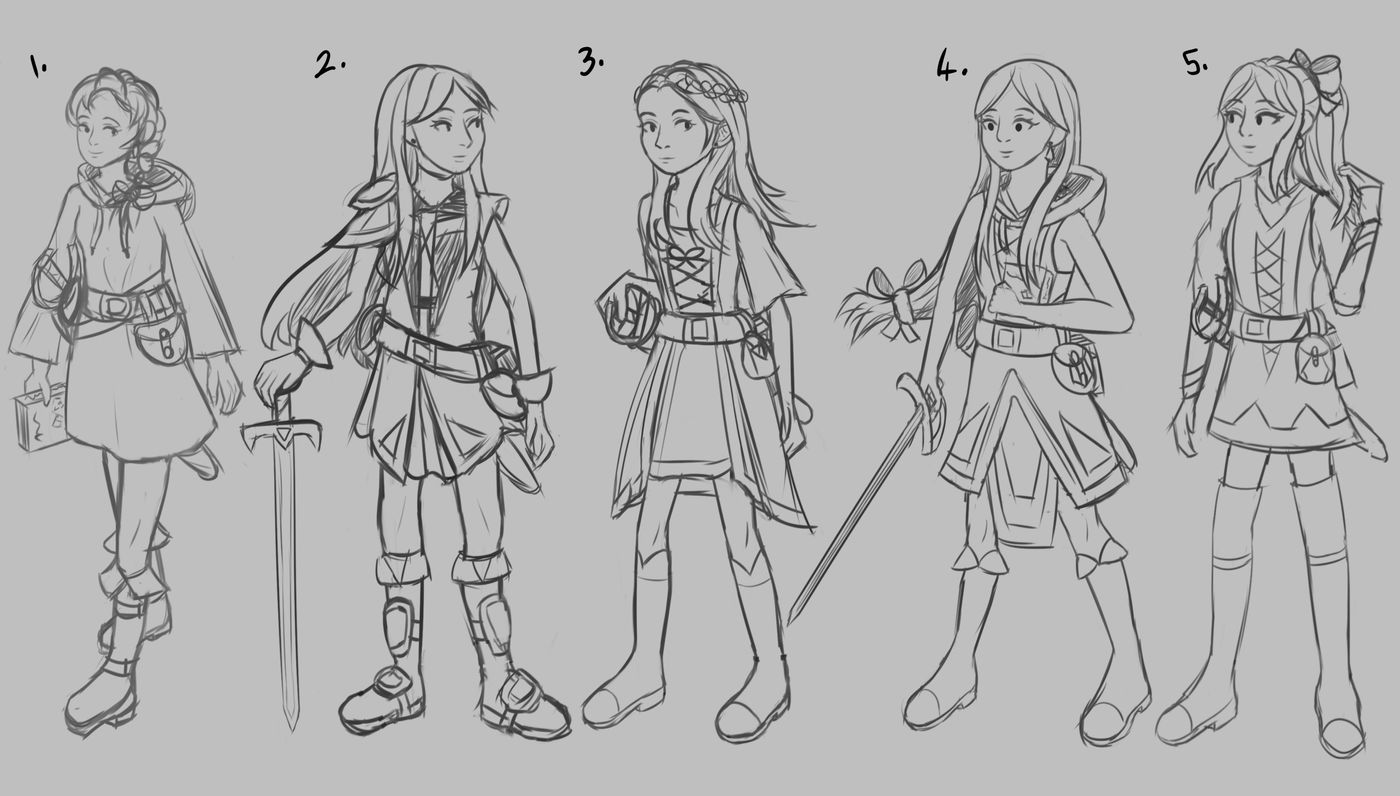 Discovery of a Lost Artefact and Gate to Another World

The paintings here have a theme of discovery and the thumbnail is brainstorming ideas. 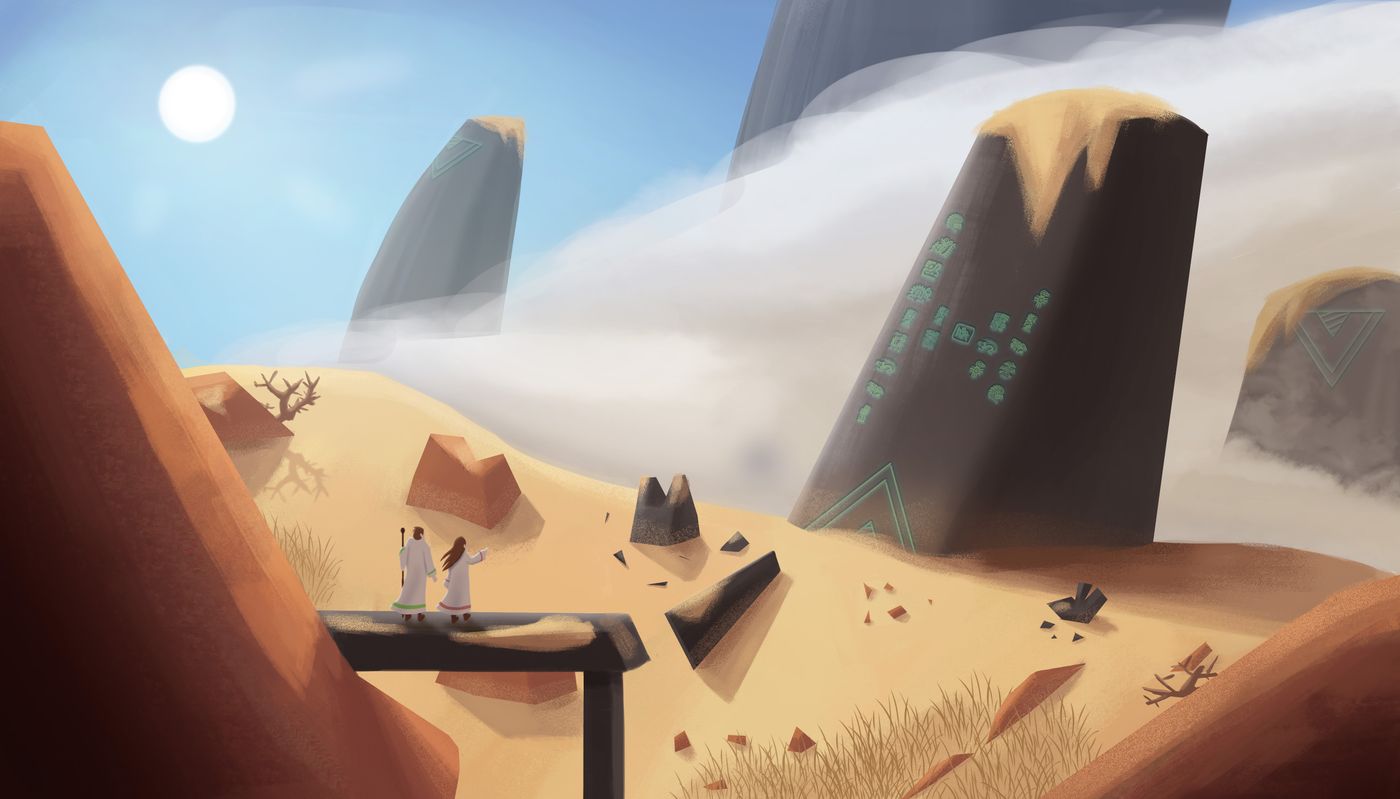 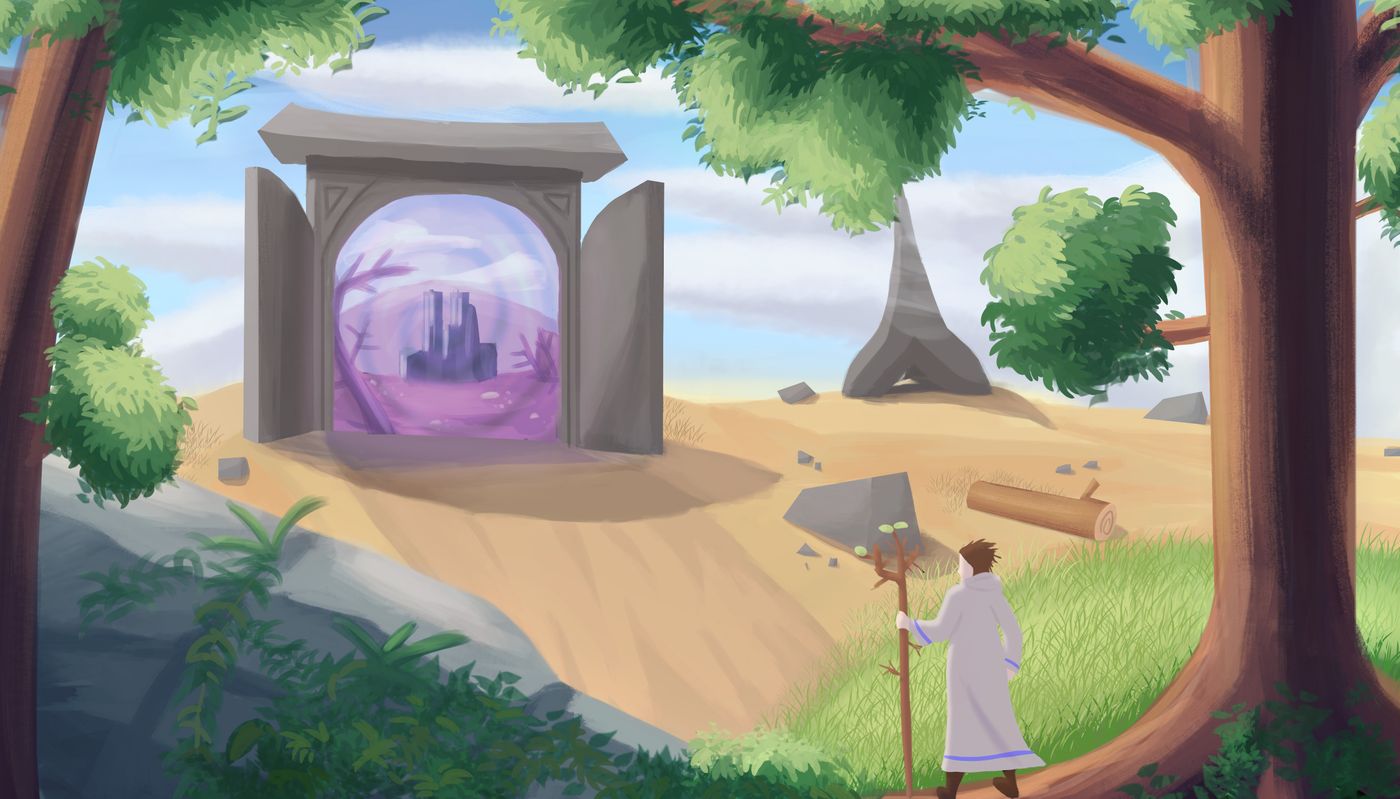 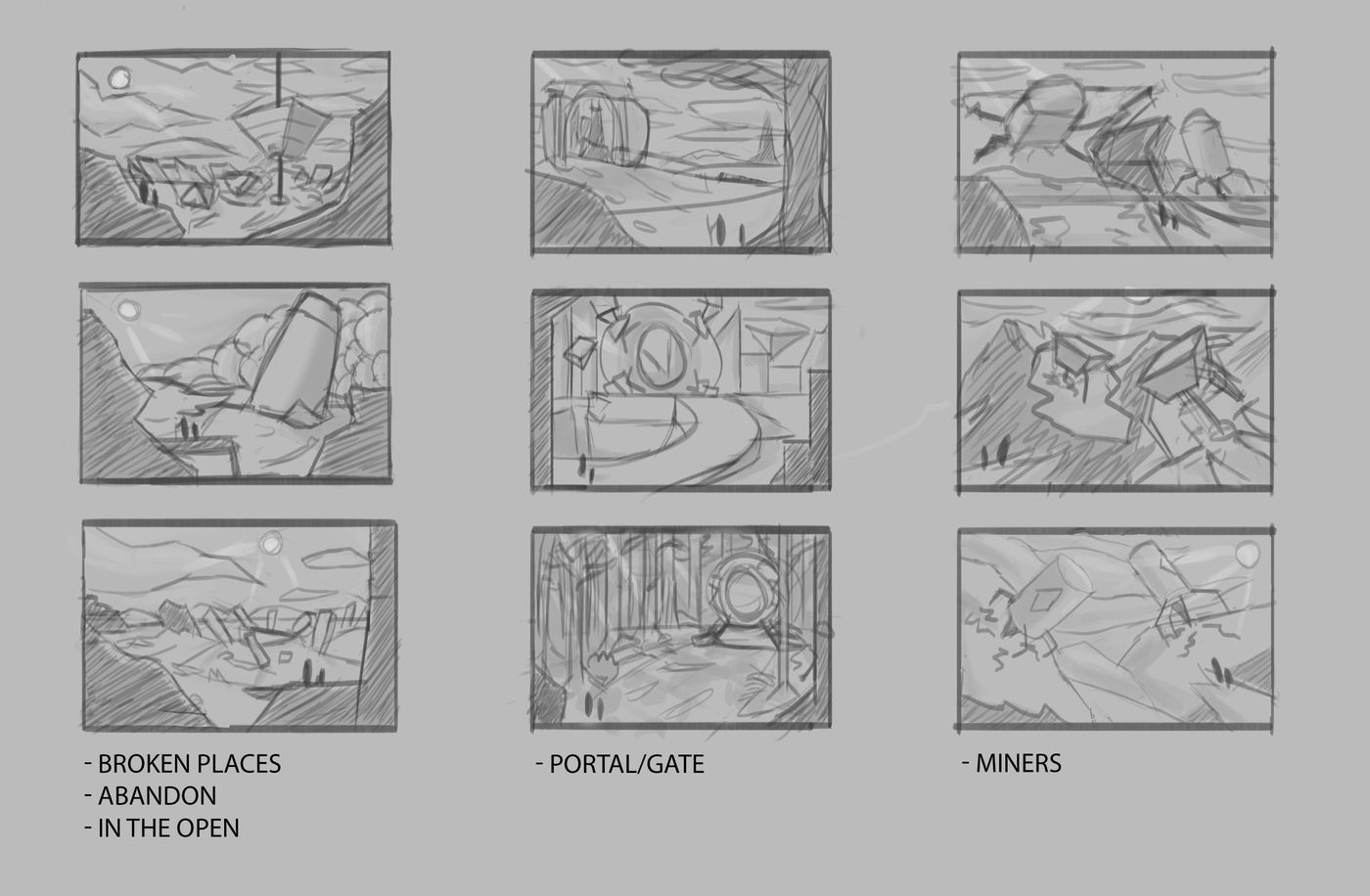 This is the character, Ged from the Wizard of Earth. I took a liking to this piece and its design. The third thumbnail is what I went for and I took the staff from the first thumbnail. 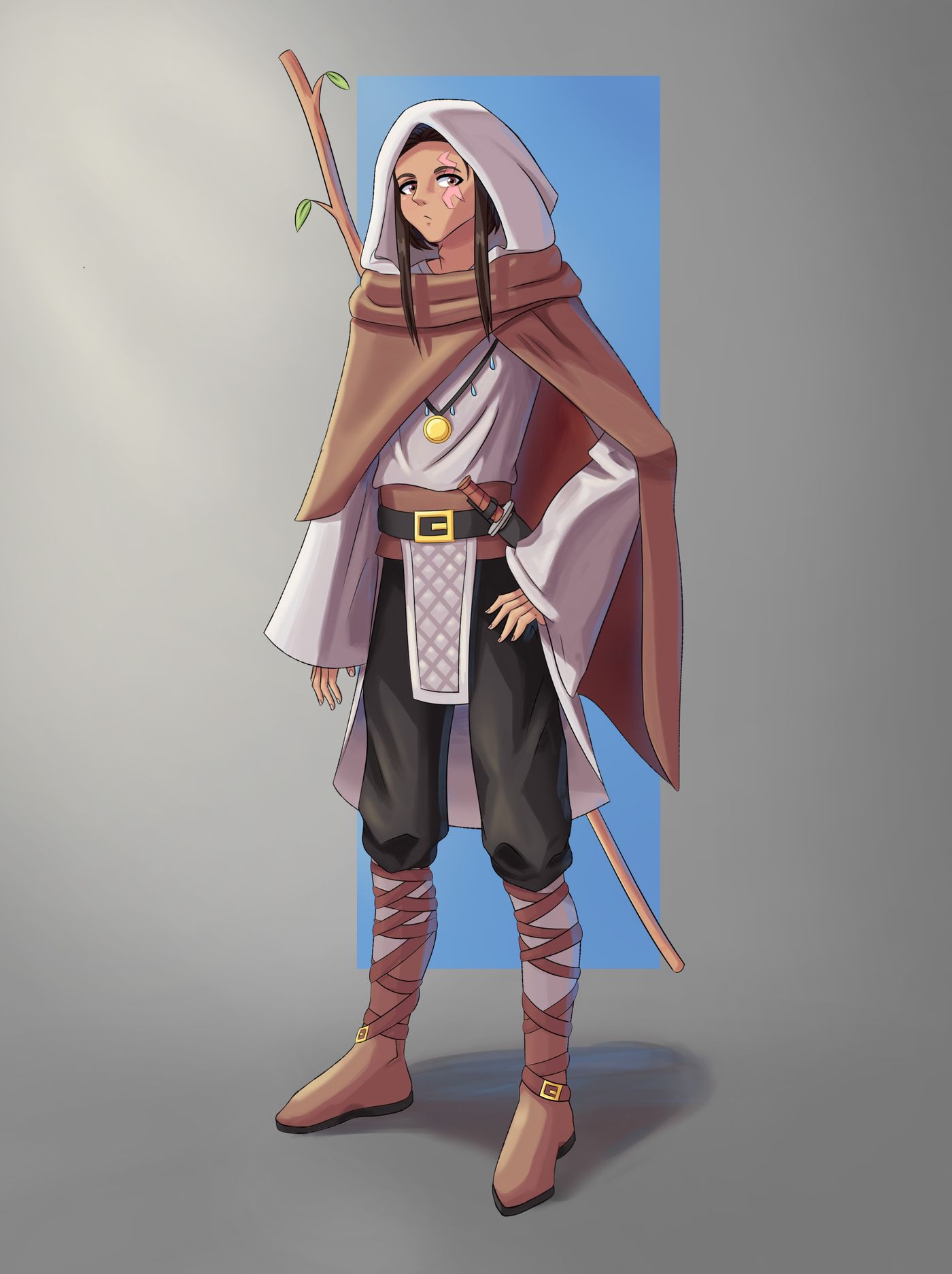 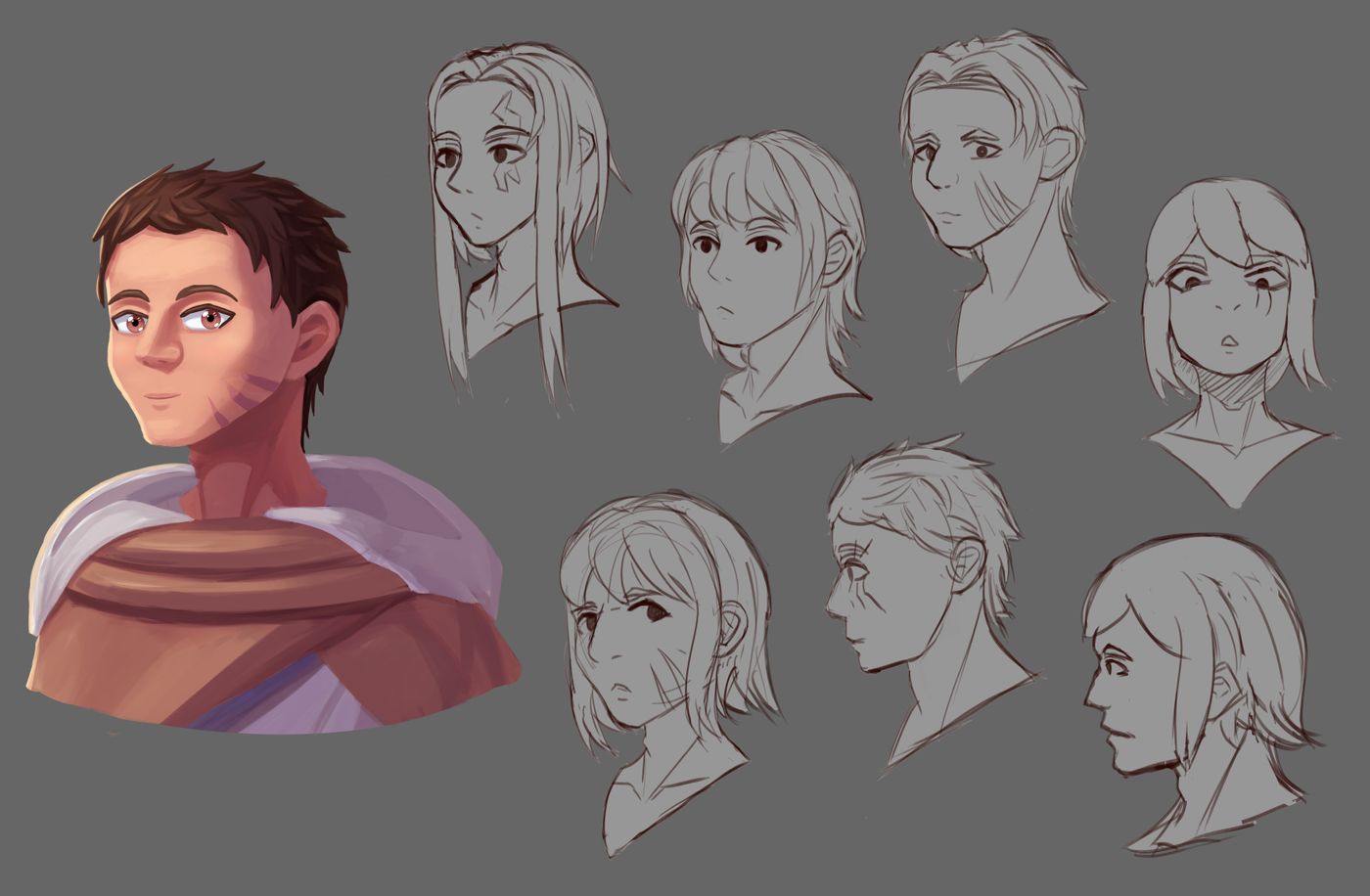 In this piece, I wanted to explore different ideas that involved a waterfall and caves but ended up choosing the last thumbnail. I also wanted this to have a theme of adventure. 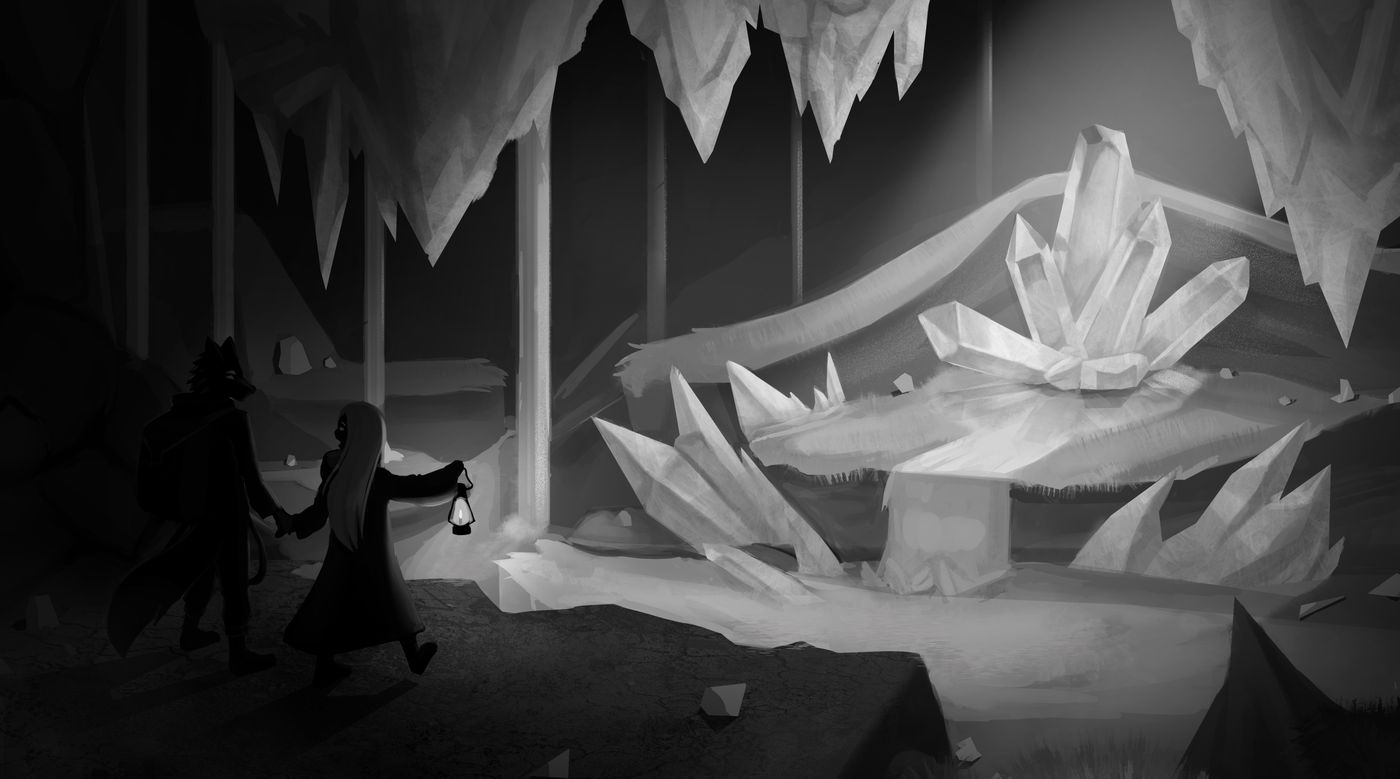 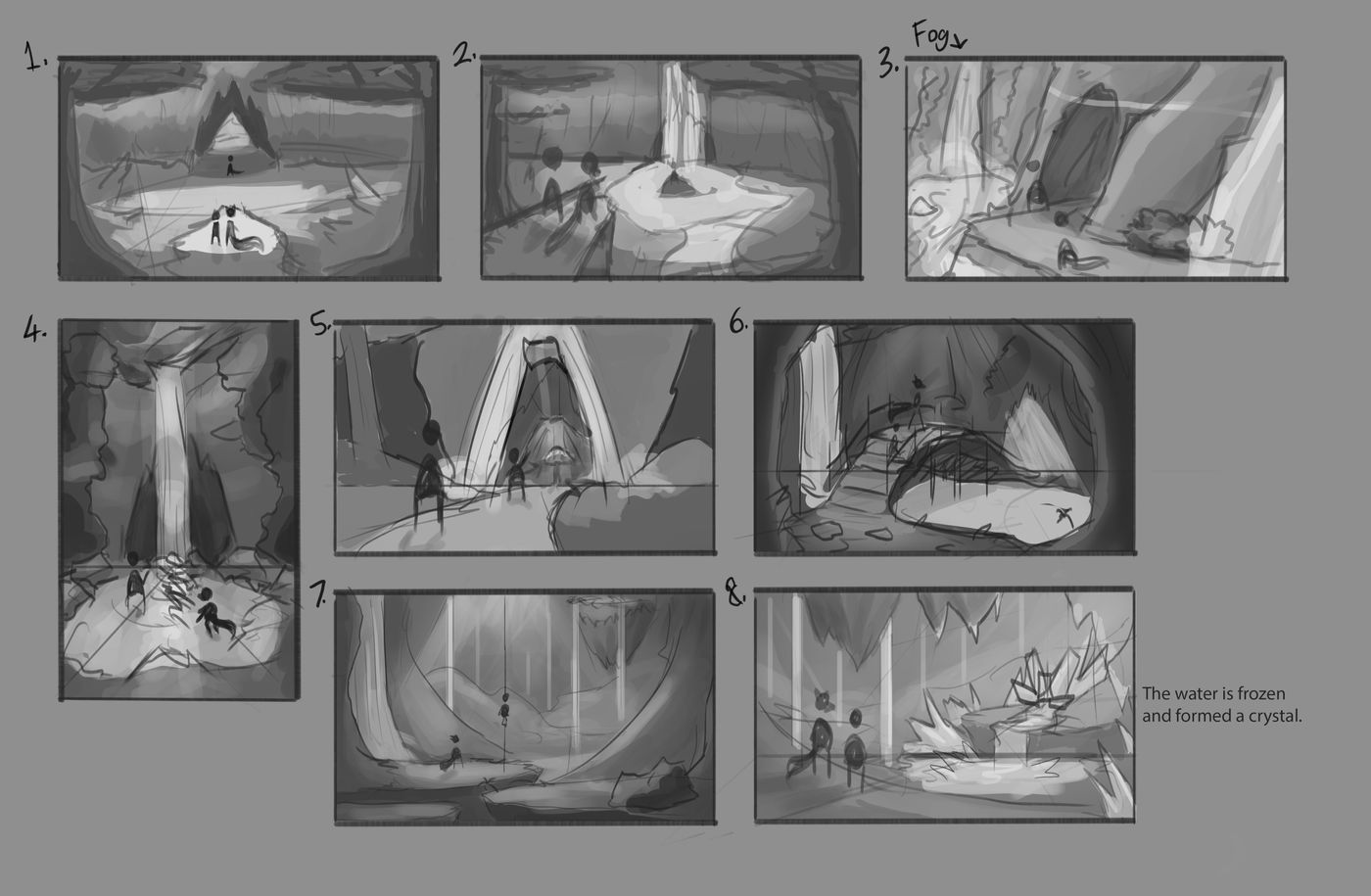 Sky: Children of the Light Fanart

This piece is a mood painting. It's about a kid who wants to follow the source of light no matter where the path may take them. This is also based on the hidden forest level from the game. 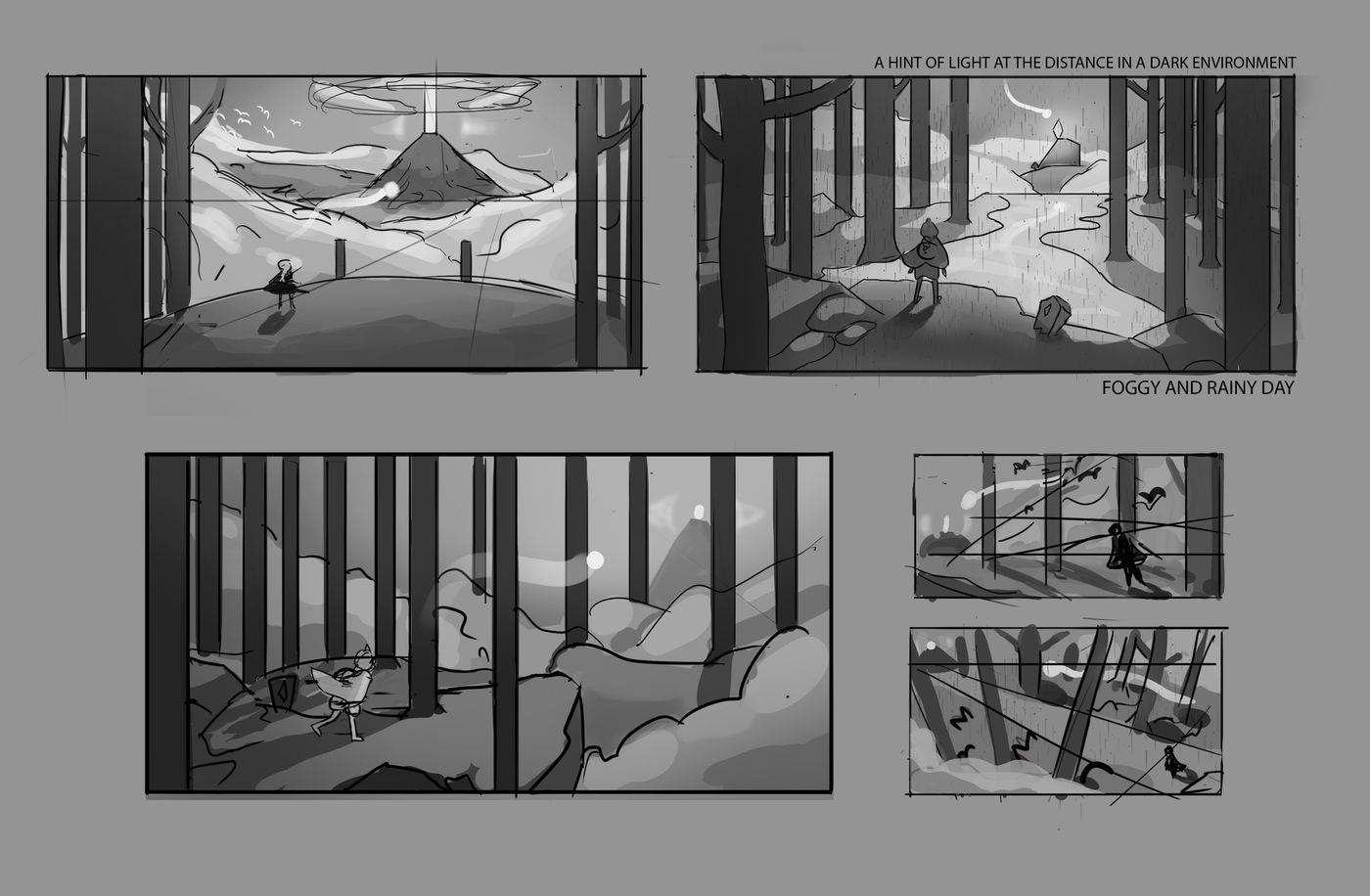 This painting tells the story of a three-part story about a witch in an establishing shot, entrance shot, and interior shot.

The witch walks into the forest that leads to two different paths. The witch enters the cave. Then the wolf is having a gruesome meal with the witch.

In the early thumbnails, I try to get ideas down for the story and how would it play out. After figuring out the story, I then drew out the thumbnails and paid attention to the composition. 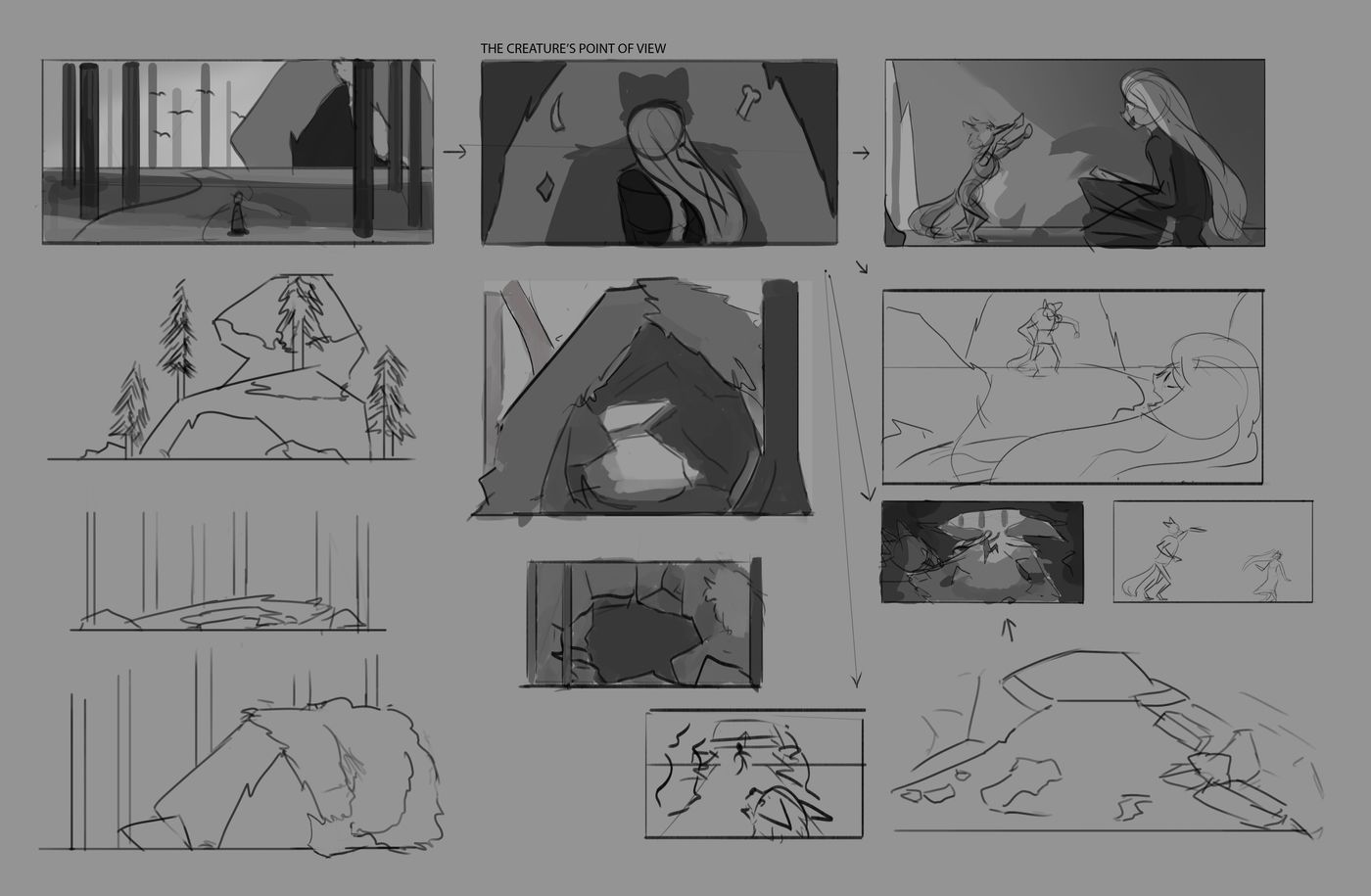 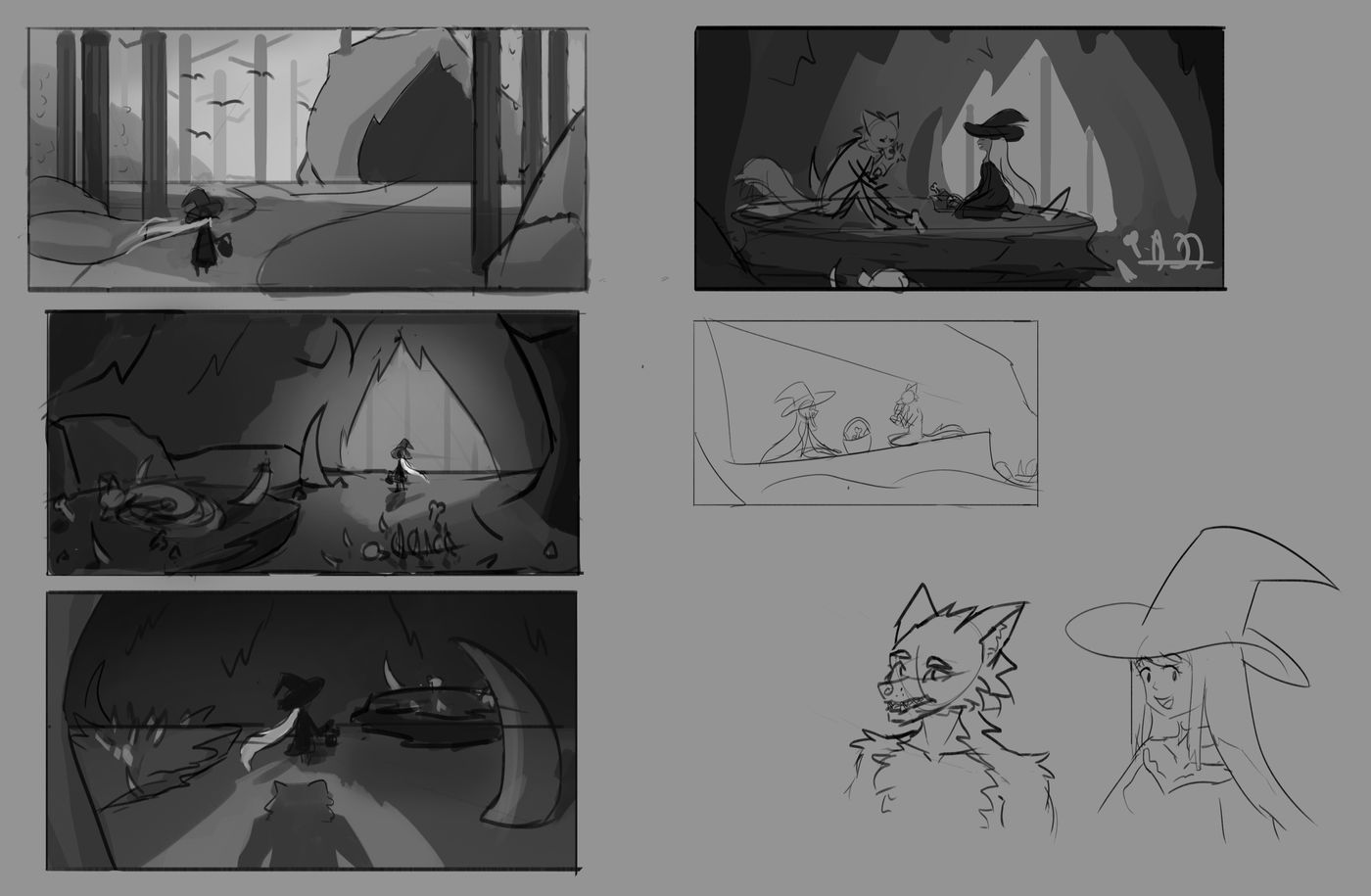 The character design is going to be in a short cel animation anime, set in a fantasy world with some sci-fi elements, where humans, beasts and other creatures live together.

The project is about a young girl from a royal family who is running late for her coronation.

This work is an ongoing project and becoming a fully animated scene with polished environments and character designs as a vertical slice. This would be my starting point and, in the future, I would like to expand and build the outside world. It would incorporate action and adventure and add depth to the world. 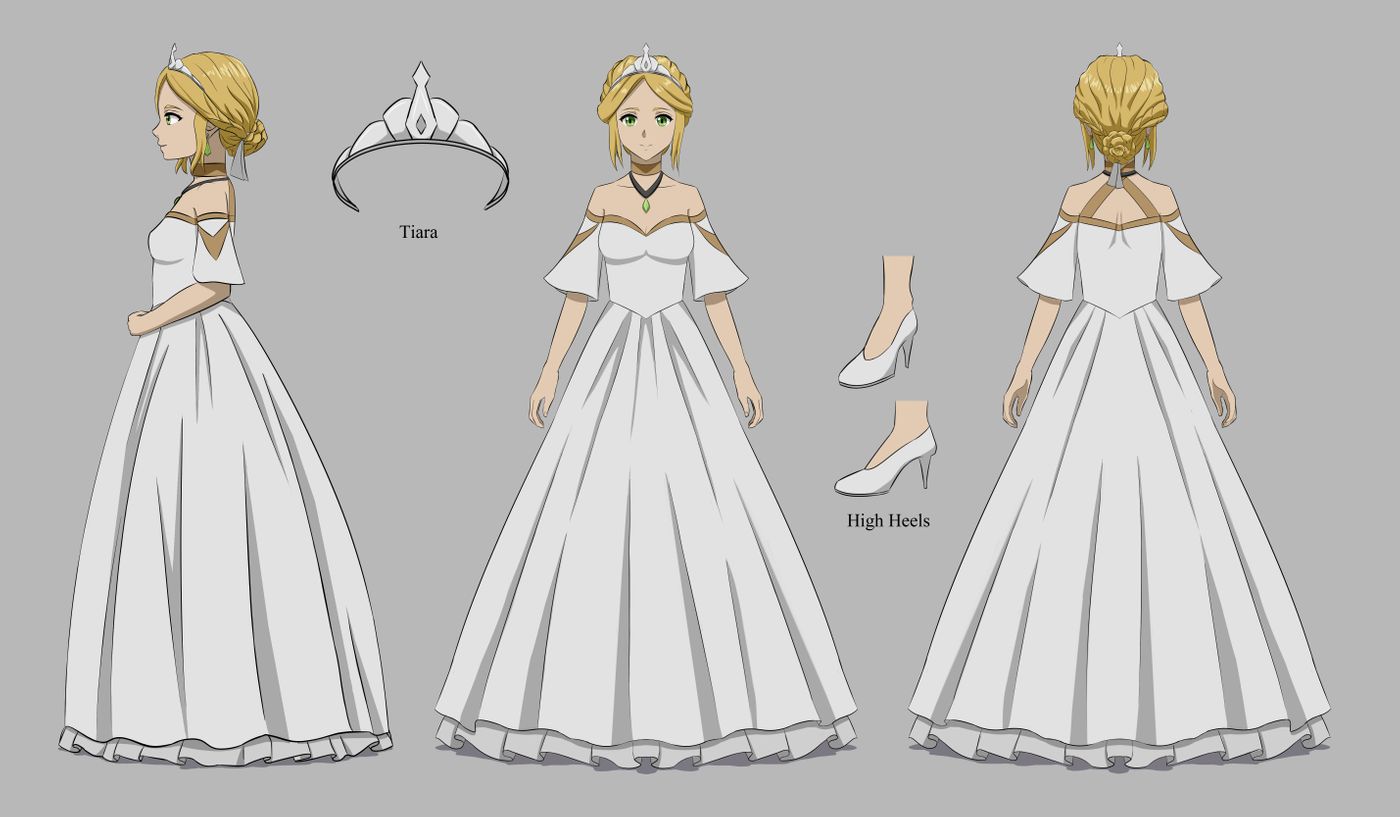 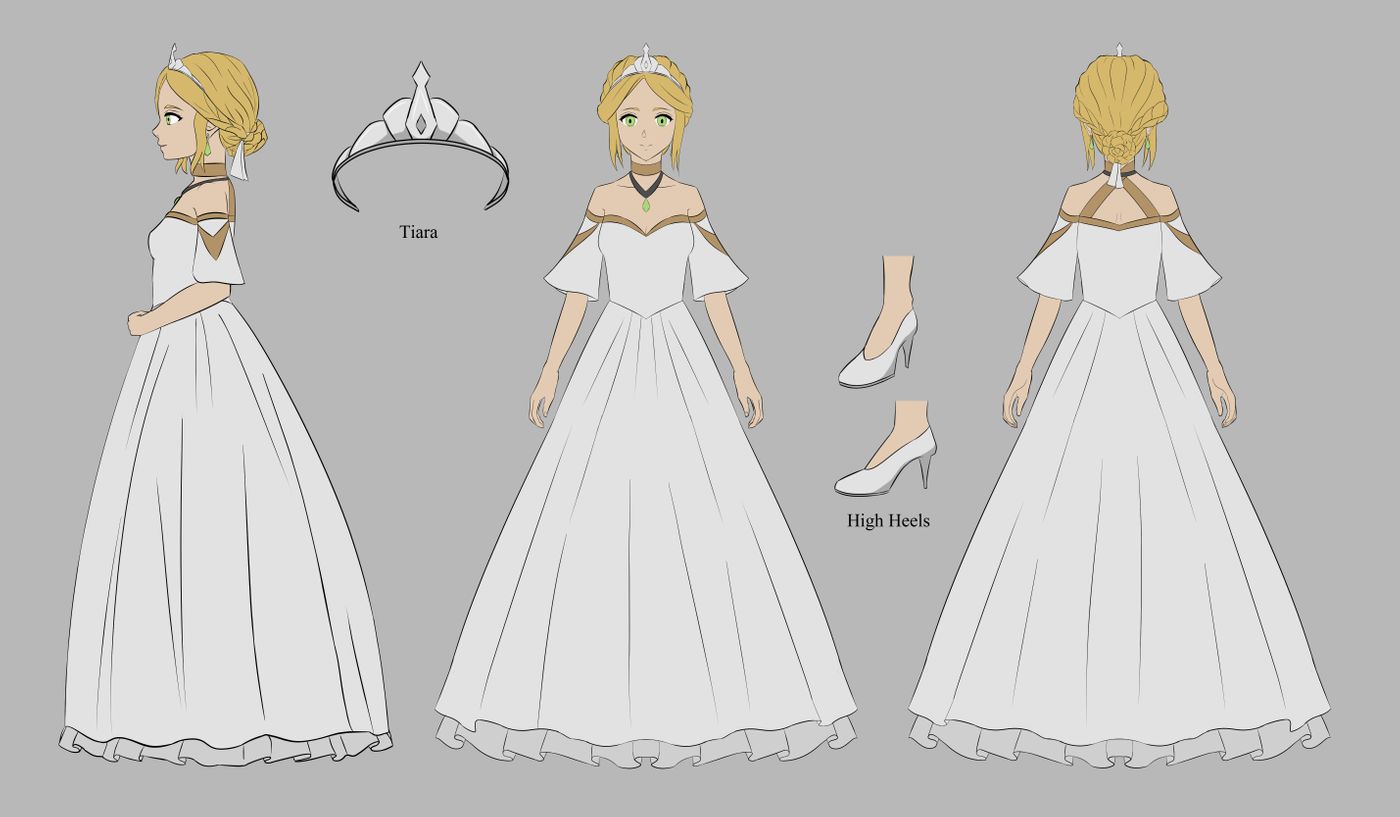 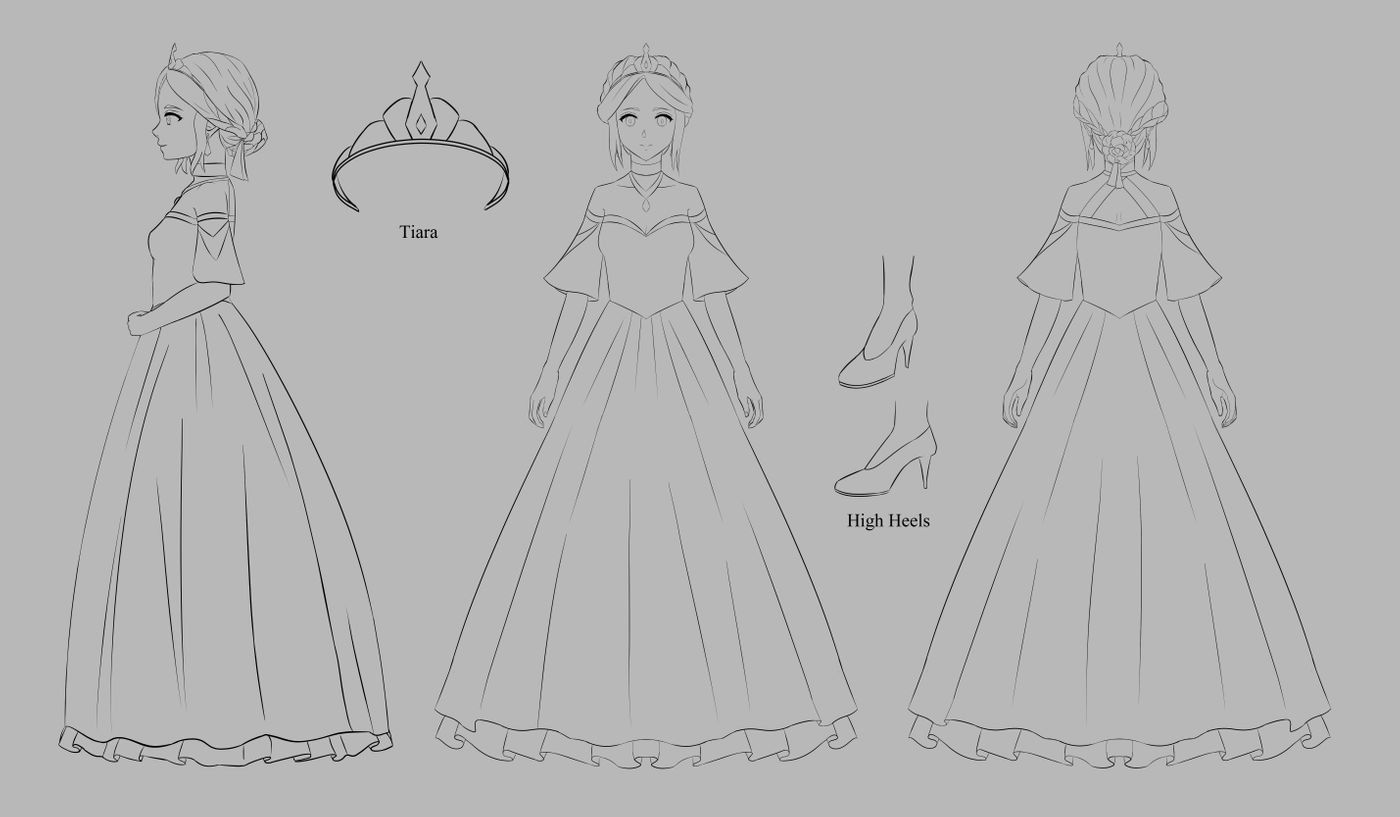 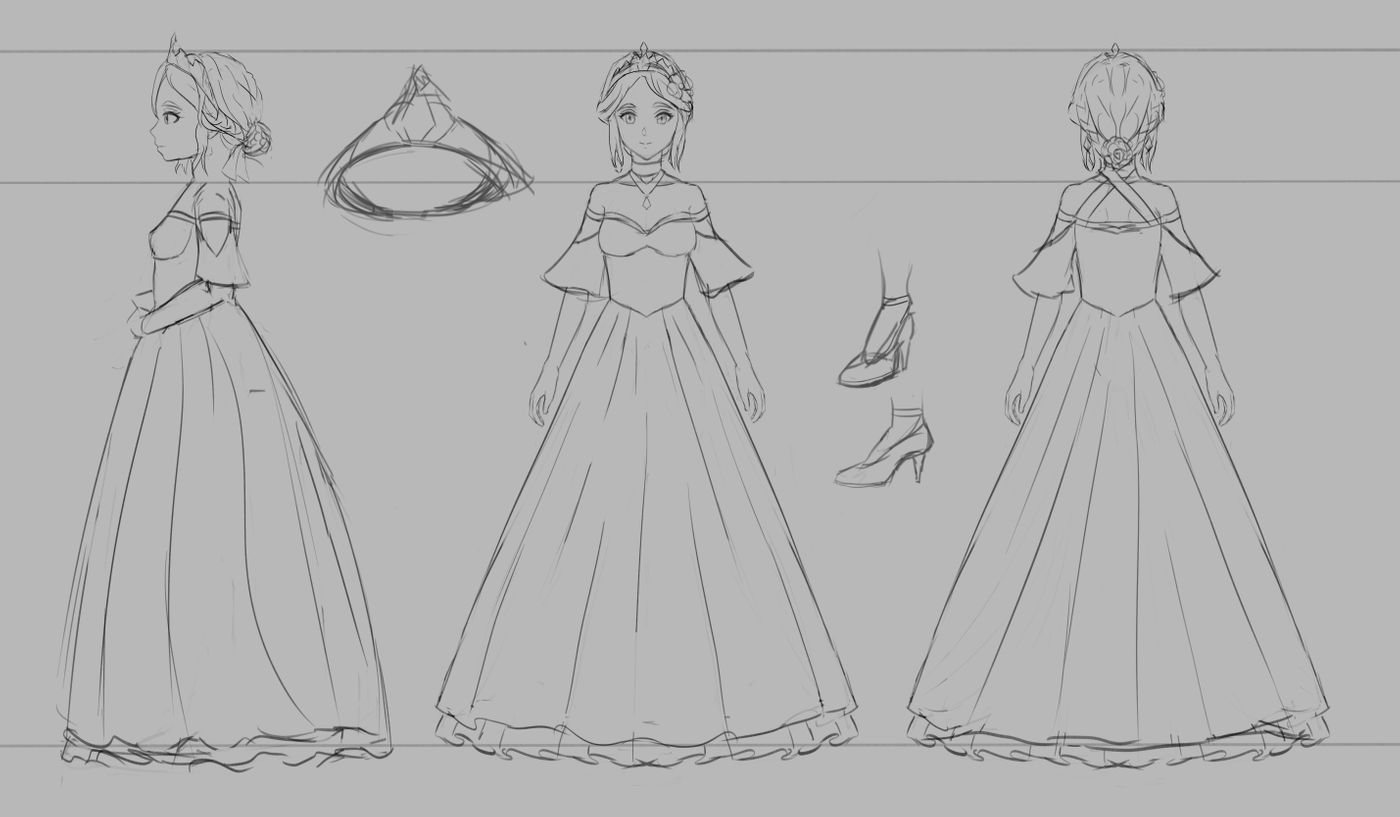 I roughly applied the colours and then used Clip Studio Paint's Colourise Technology Preview Feature to auto-fill the colours within the line work to get an idea of what it would look like. I also used AI to randomly pick the colours for me and filled them in. However, the cost was that the AI would not fill the details with colour. 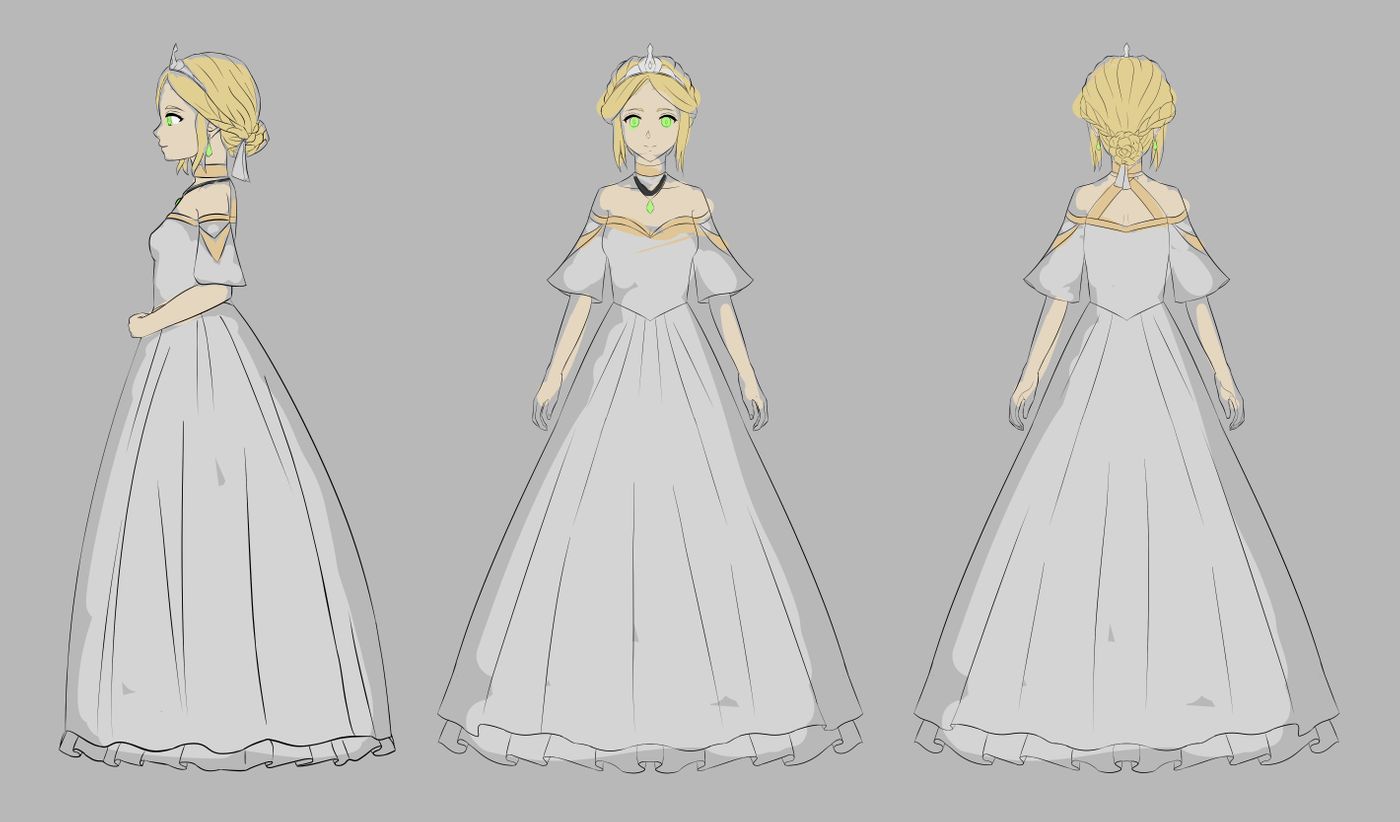 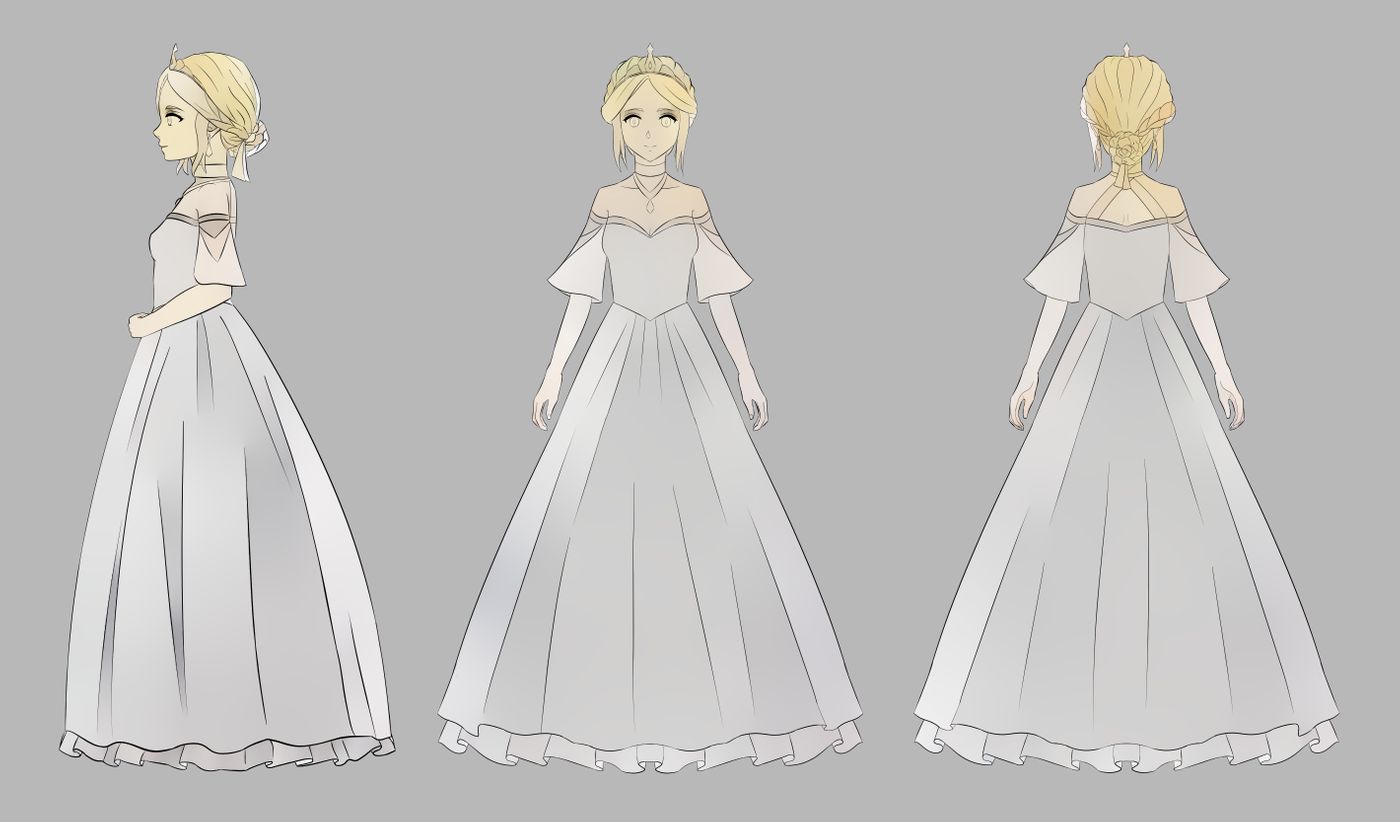 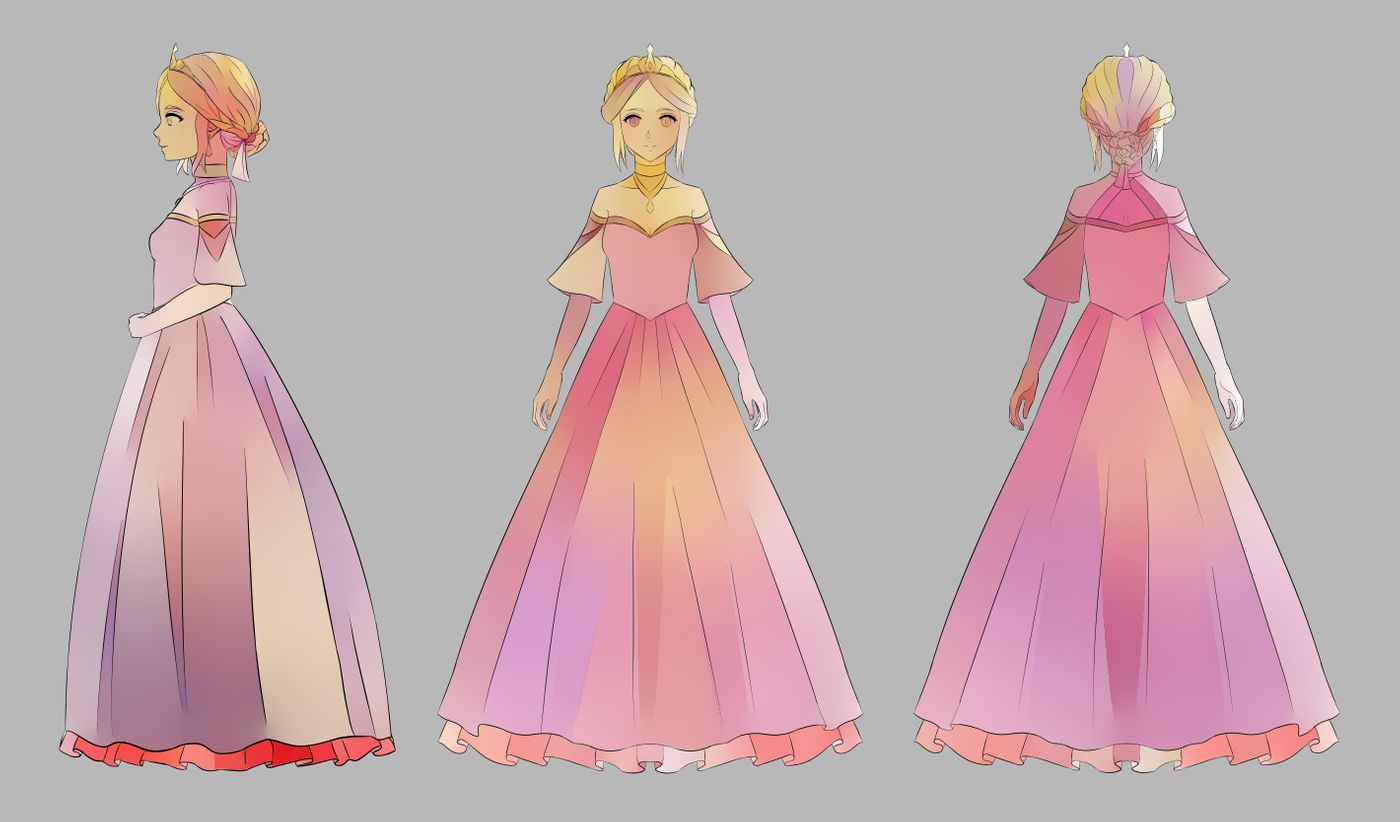 The aim of this expression sheet is to be subtle with the character's expression. I wanted her to have a mature expression but still have that stubbornness and clumsiness aspect to her personality. In the future, she would grow to become a better person. 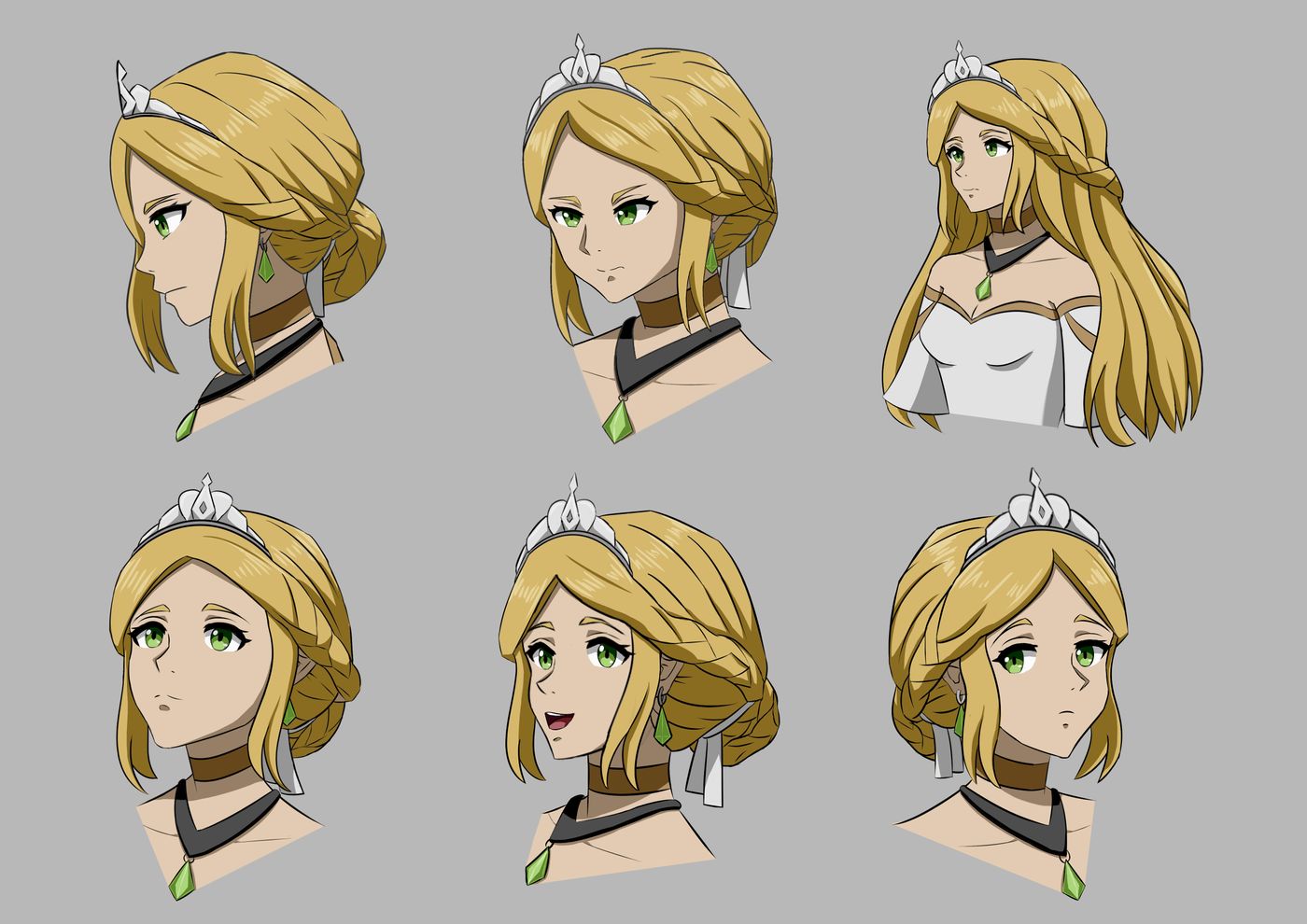 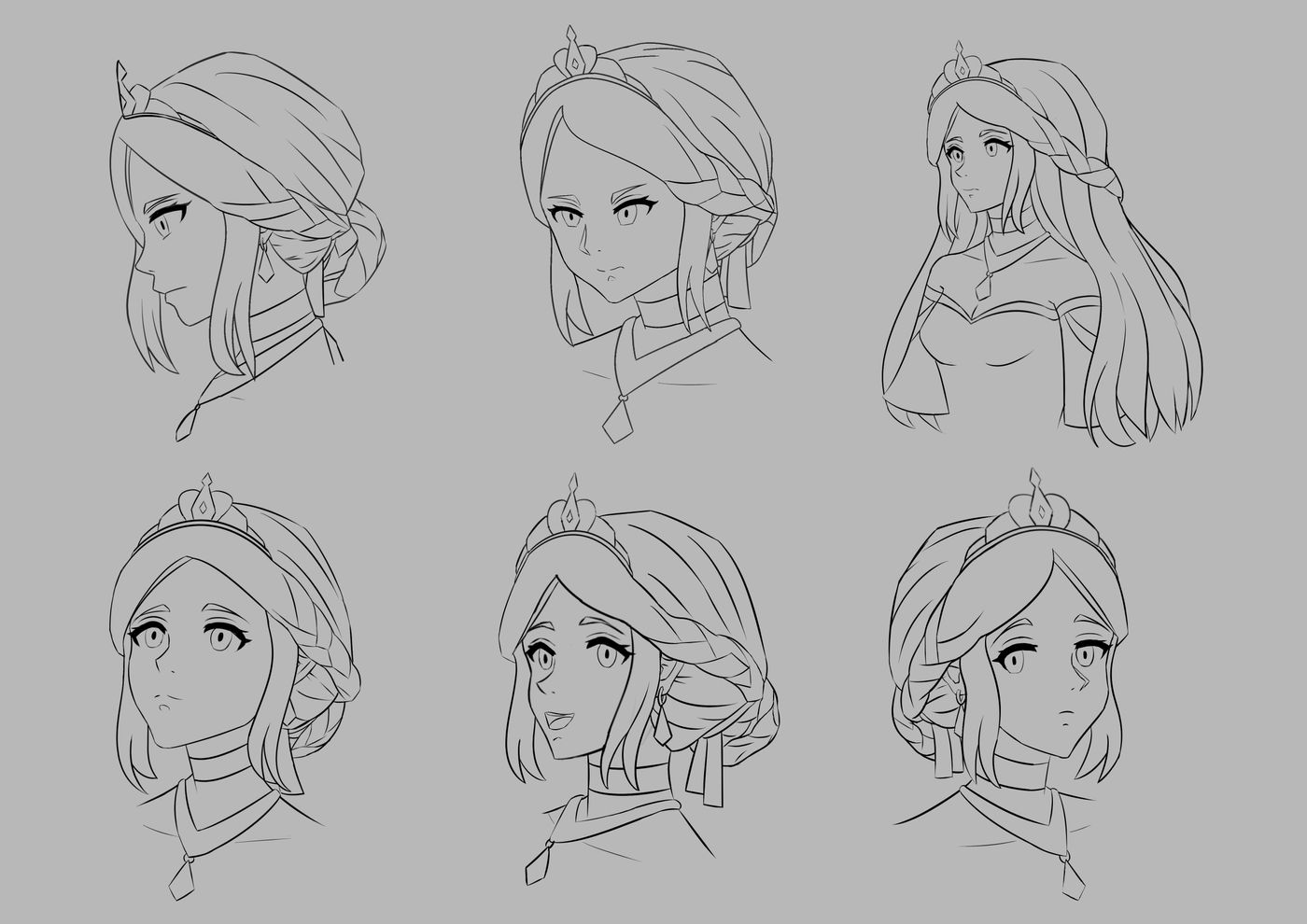 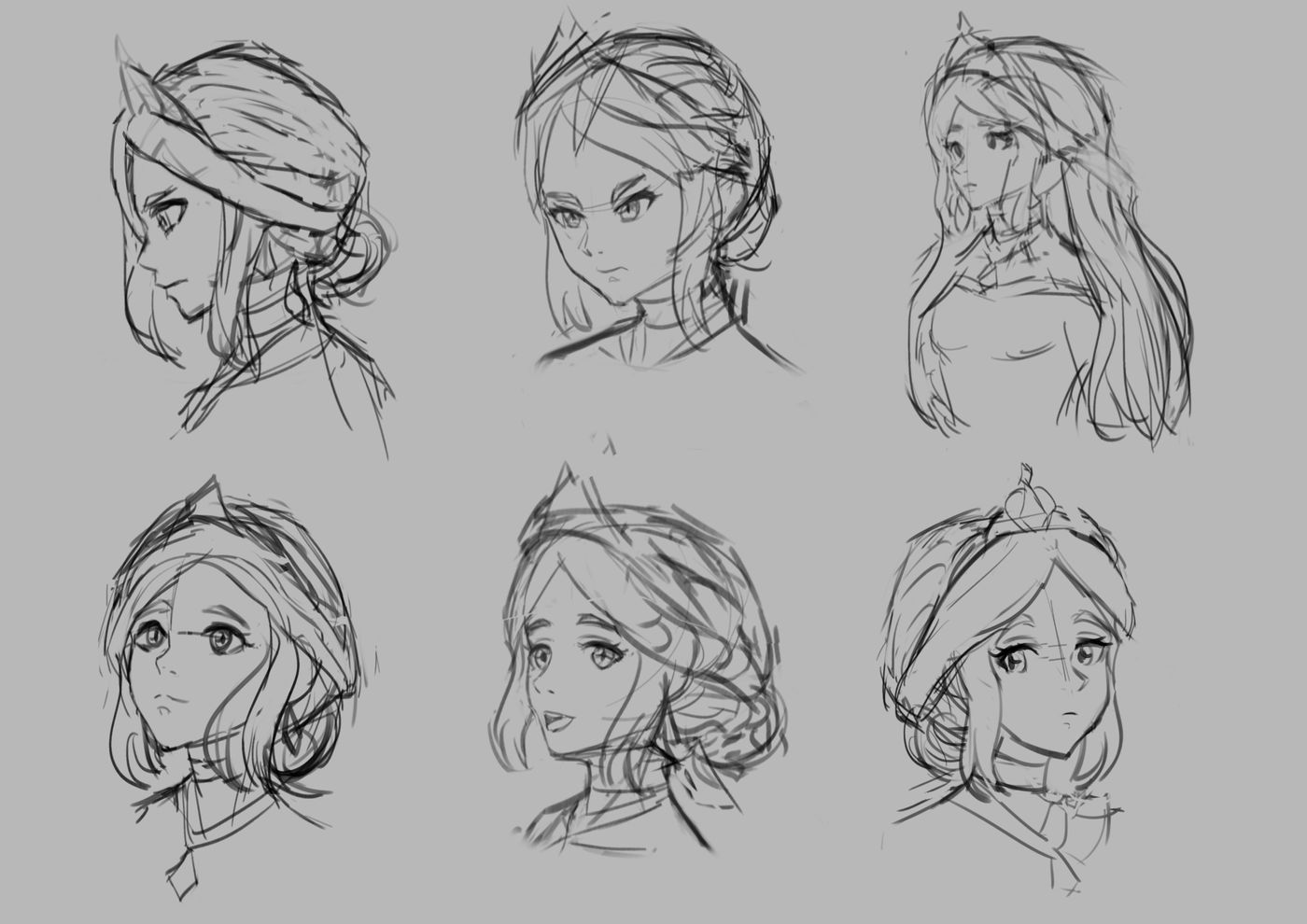 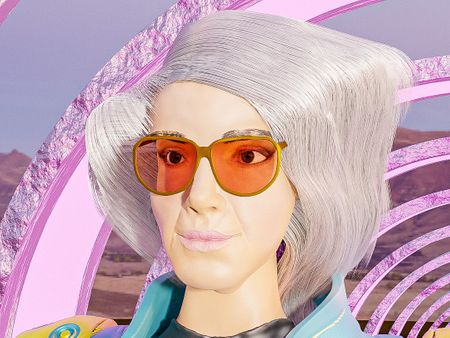 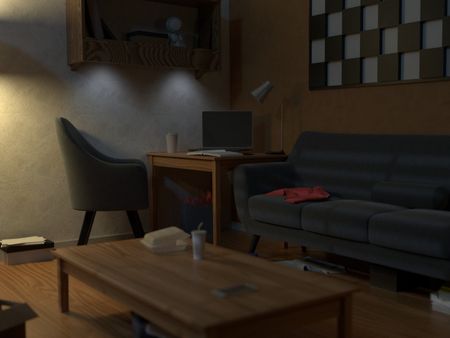