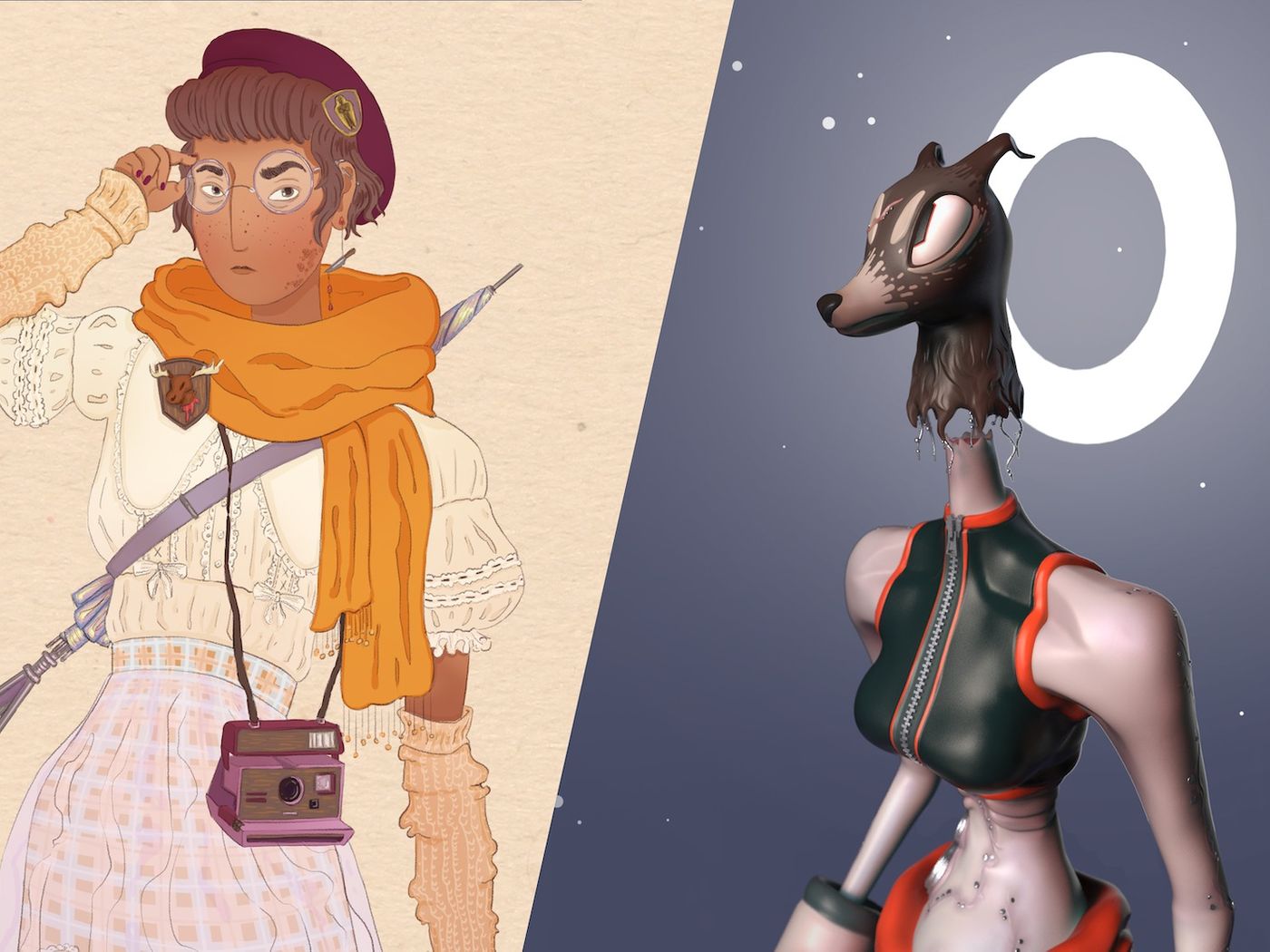 Howdy! I'm Grace, I'm a third year at CDW Studios/Flinders University. This year I wanted to work on two contrasting character designs which showed off some of my favourite inspirations and mediums.

This year in Character Design we got to design two characters to work on simultaneously, so I chose two aesthetics which have been inspiring me in the past year: Lolita fashion & Soviet design, and tried to create character concepts which each contrasted gothic/horror elements with cute and appealing ones but in starkly different ways. For my Lolita inspired character I wanted to focus on making her design suitable for illustration, particularly for kids & tween books, while for my Soviet sci-fi character I initially designed her to be used in games, but discovered what a treasure trove of amazing stylised modelling and design vinyl toys could be, so decided to take her further as a vinyl toy concept and continue working on her in 3D Creature Design.

Lolita fashion is one of those aesthetics I'm always shocked isn't used more in our field. Creating an outfit includes so much conscious consideration of colour, texture, shape and theme that it rivals the time we as character designers put into thumbnailing, with the same level of intricacy. I often find I can go on autopilot while making characters, giving each a few more thought-through elements and the rest more archetypical and expected, so for this character I wanted to use the freedom doing a character who wears Lolita fashion would afford me to go kind of ham on details and focus on each item bringing something new to the design.

I also wanted to improve my presentation in terms of my process work, as in the past I've wasted time trying to polish thumbnails when taking the time the first go around results in a much higher quality of work and got me out of the rut of that auto-pilot design by having to solidify my ideas so early on. In the final design I focused on keeping a tighter colour scheme, but playing around much more with texture and proportion, and having fun honestly. I wanted to show off how much I love this fashion, murder mysteries and thoughtful kids media and I'm really happy with the final product! 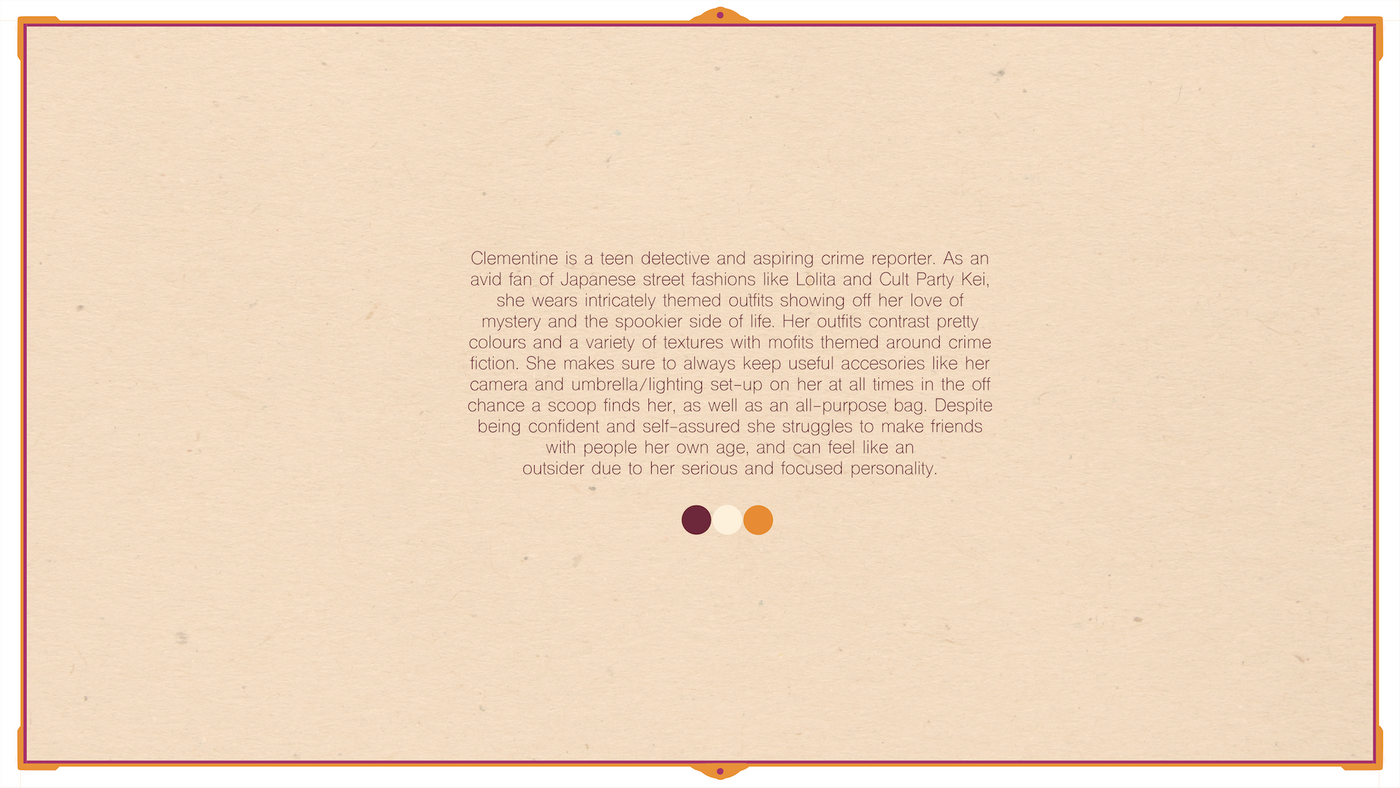 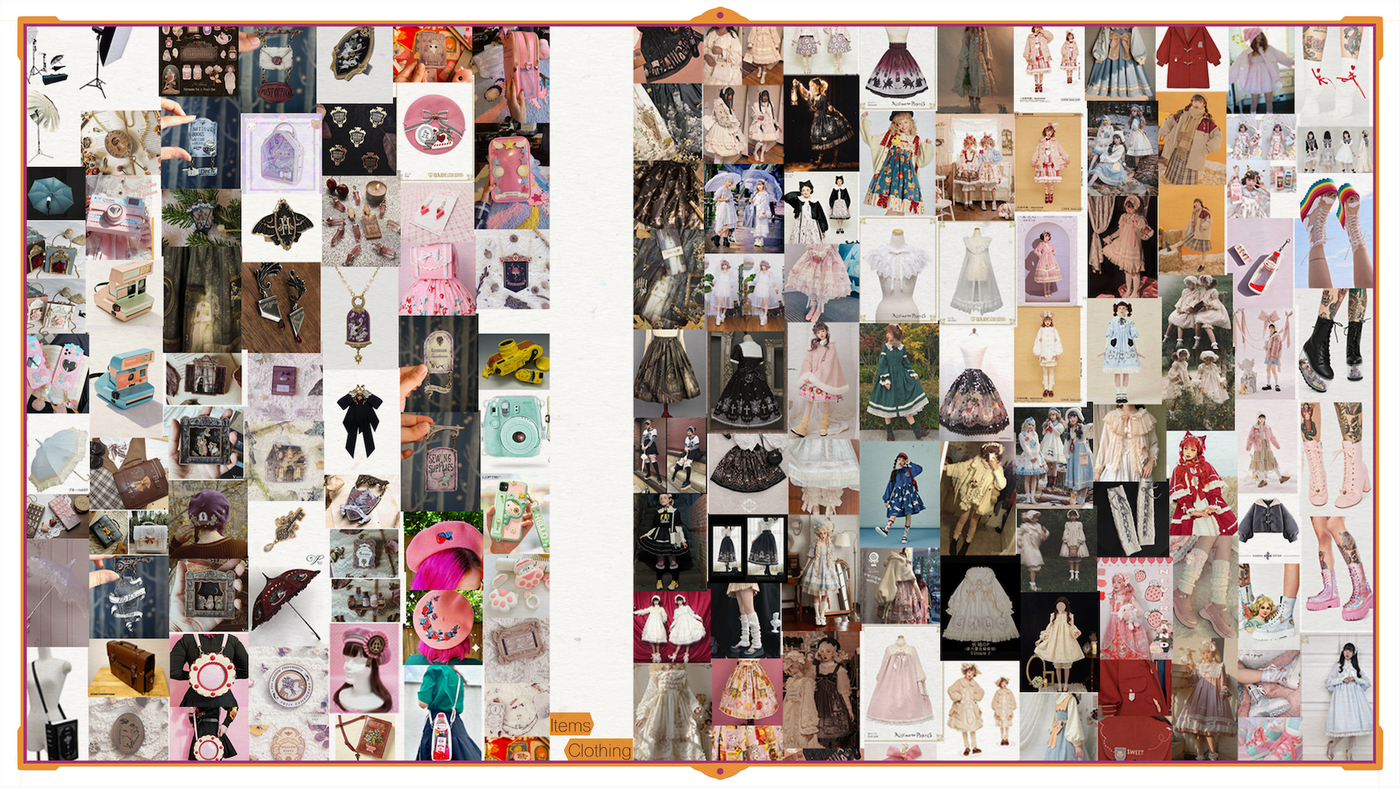 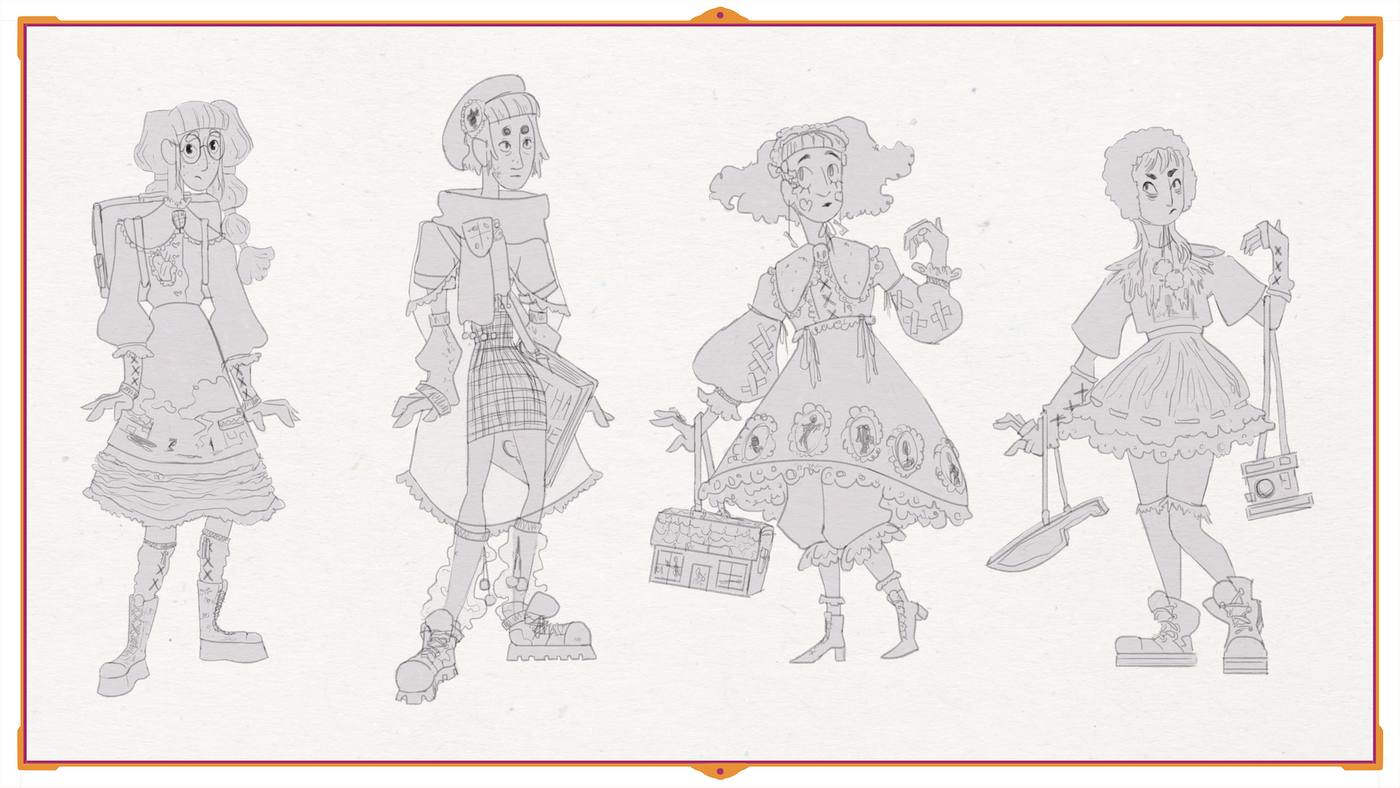 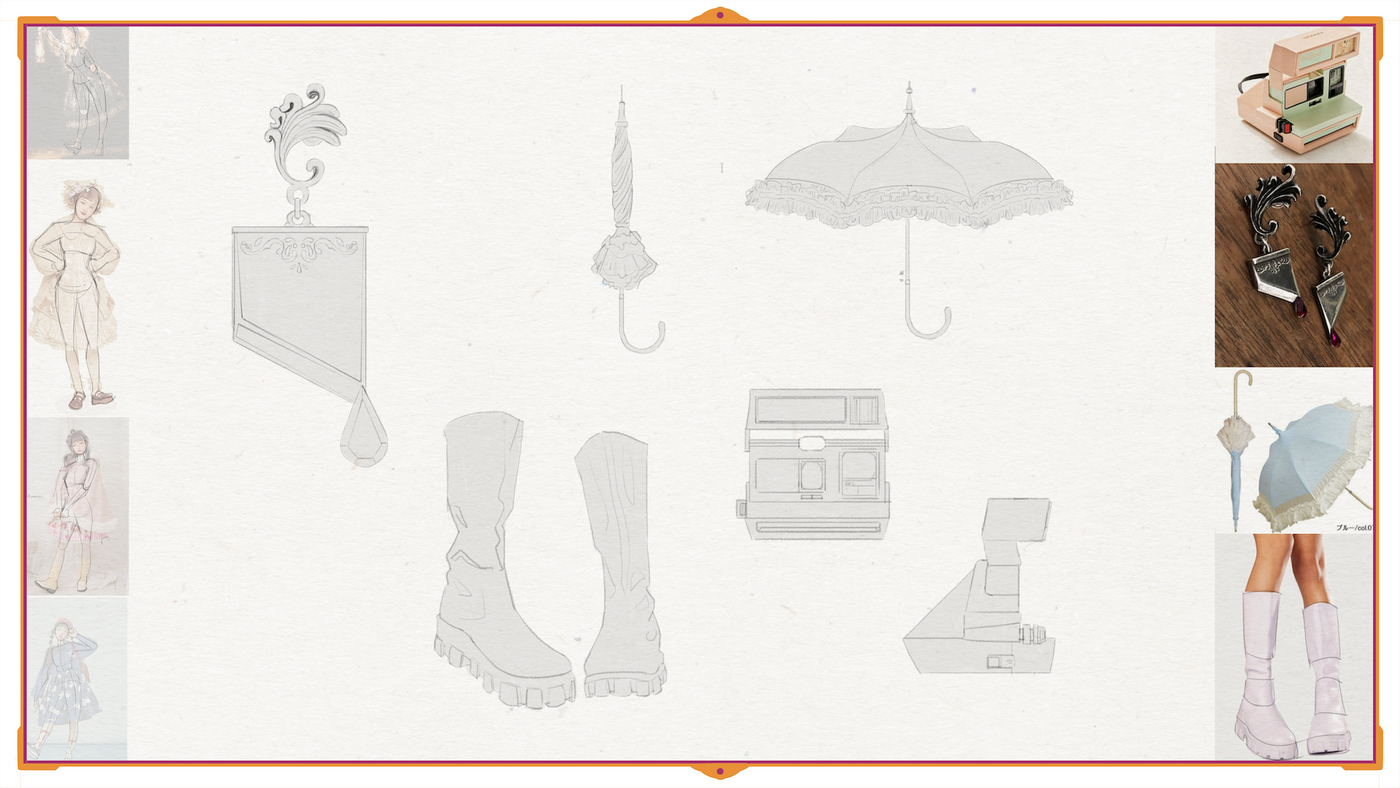 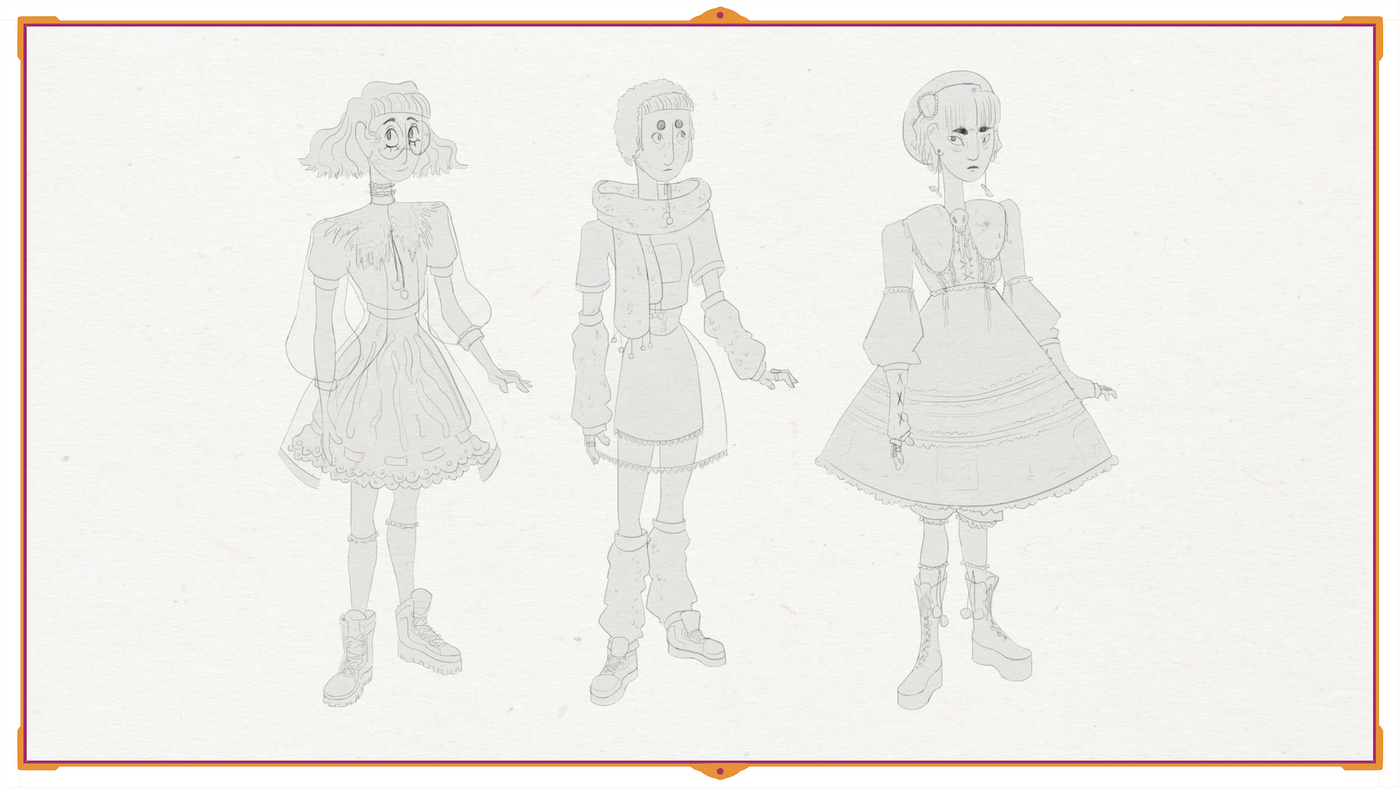 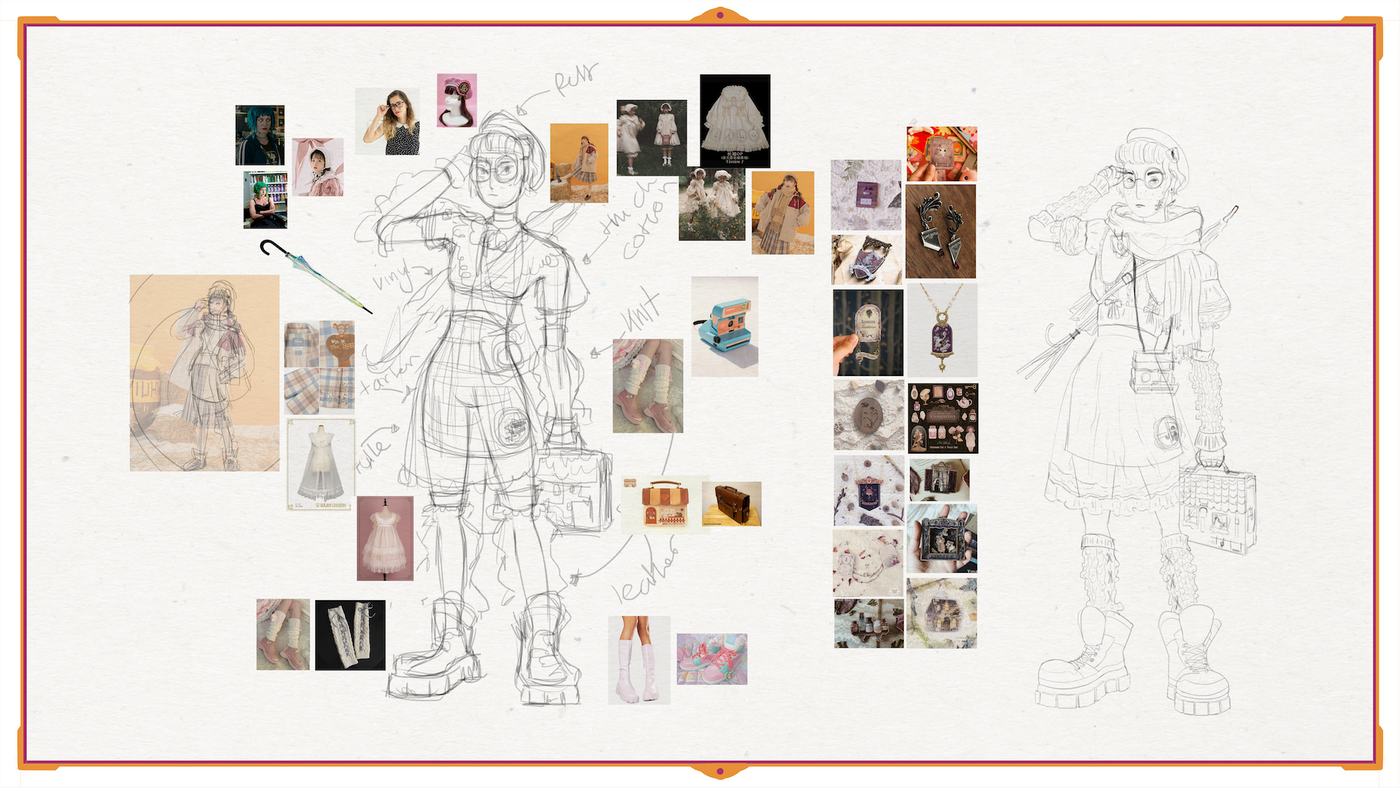 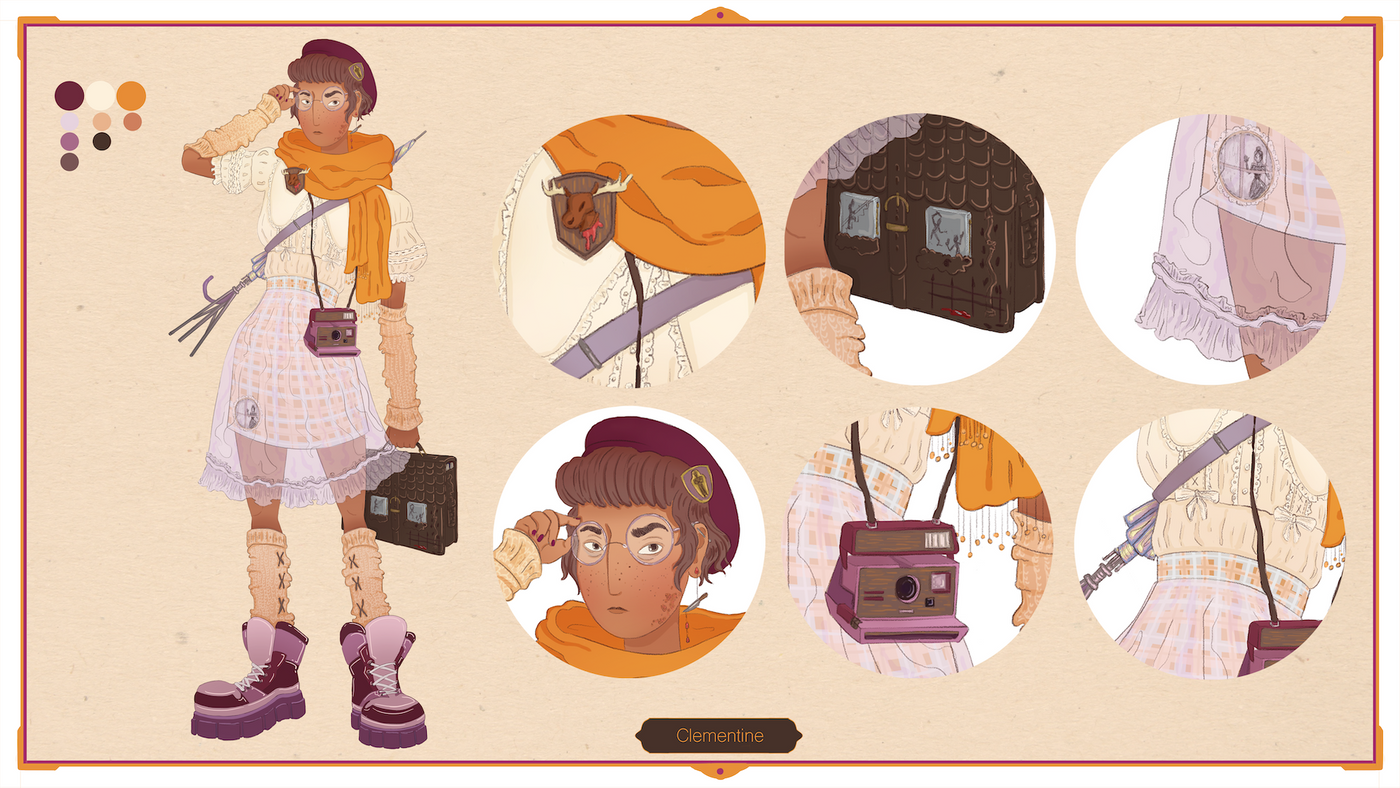 After seeing an exhibition a few years back on the Soviet space program and its pop culture aesthetics, I had always wanted to create a character which was inspired by what I had seen there, and in the past year I'd done even more digging and was itching for a chance to use it in a design. The concept of the character was based on the usage of dogs as the primary figure of experimentation in the Soviet Union, and the contrast between the charm of the soviet space dogs (the majority of which made it safely back to earth!) adorning chocolate boxes, stamps and ceramics, and the tragic fate of its most famous figure, Laika and the more grim experiments which where going on at the time, in particular the cyborg experiments using dogs heads hooked up to machines, which while dubious in success and deeply upsetting, the imagery of which was the main inspiration for this design.

While initially intending her design's final destination to be a horror game, researching for a toy design project I stumbled onto the medium of vinyl toy design and it seemed too perfect to pass up. As toy products aimed at primarily adults, vinyl toys usually  combine cute stylisation, super appealing designs and more adult (violent, scary or bizarre) visuals together to make essentially my dream medium, as well as exactly what I was going for in this design in particular. I leapt into sculpting and colouring, focusing on making her design clear, the stylisation appealing and most importantly making her look cool and interesting enough to pre-order!

The final renders where my first time using Keyshot, I tried to mimic the style of other vinyl toy promotional shots, going for an editorial and slightly dreamy feel. The emissive halo while practically a way to illuminate the face was also a reference to one of my favourite parts of Soviet pop culture : the re-skinning of religious and folk aesthetics with the new secular culture of the space race and experimentation, as my original concept for this character was as a modern religious martyr to science, and is designed to be a tribute to the tradition of cynocephalus (dog headed) saints.

Maybe in the next year I'll work on some alternative colour ways (a ceramic theme and a folk pattern theme come to mind) and a version in her full suit as well as a 3D printable version with a more practical 'floating' head. This certainly is both a medium I want to push more into, and a character concept I would love to explore more. 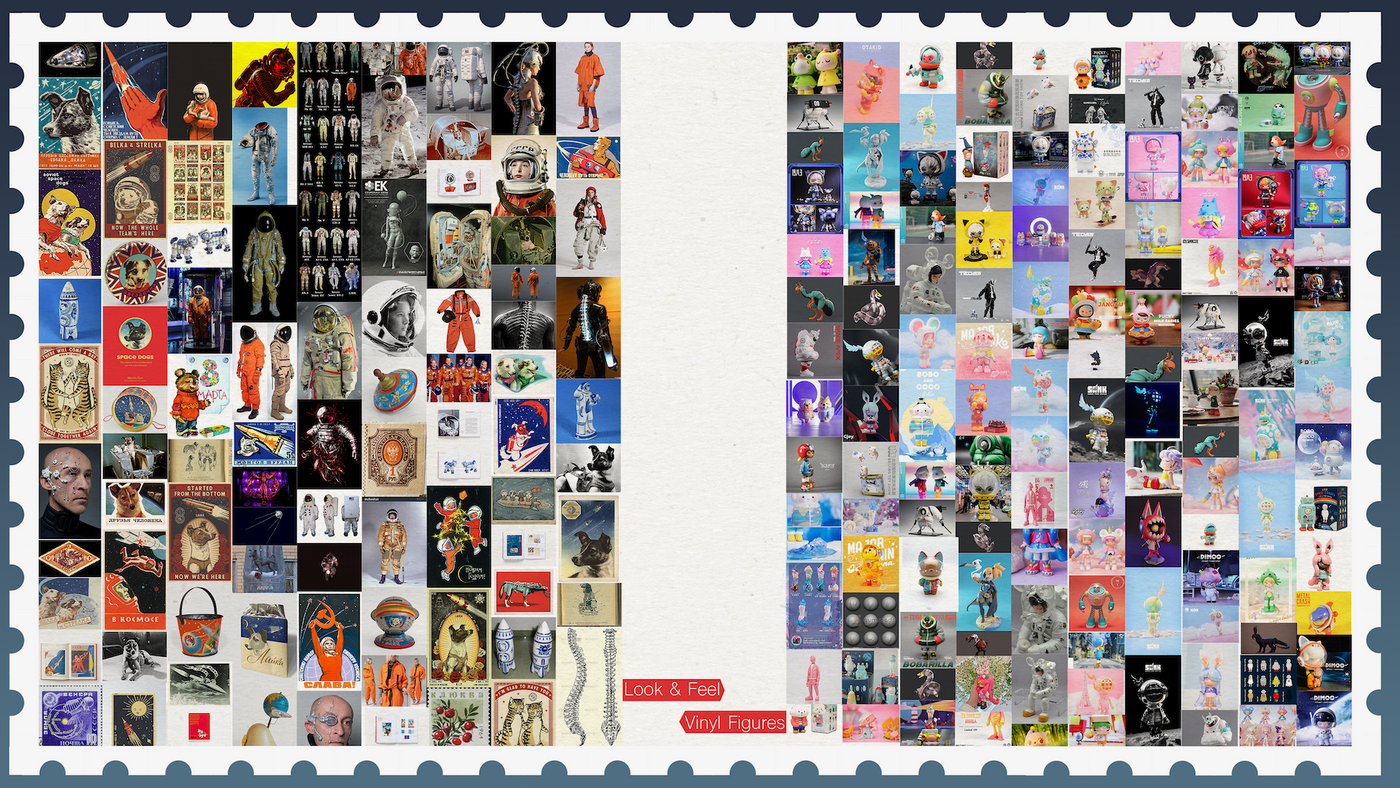 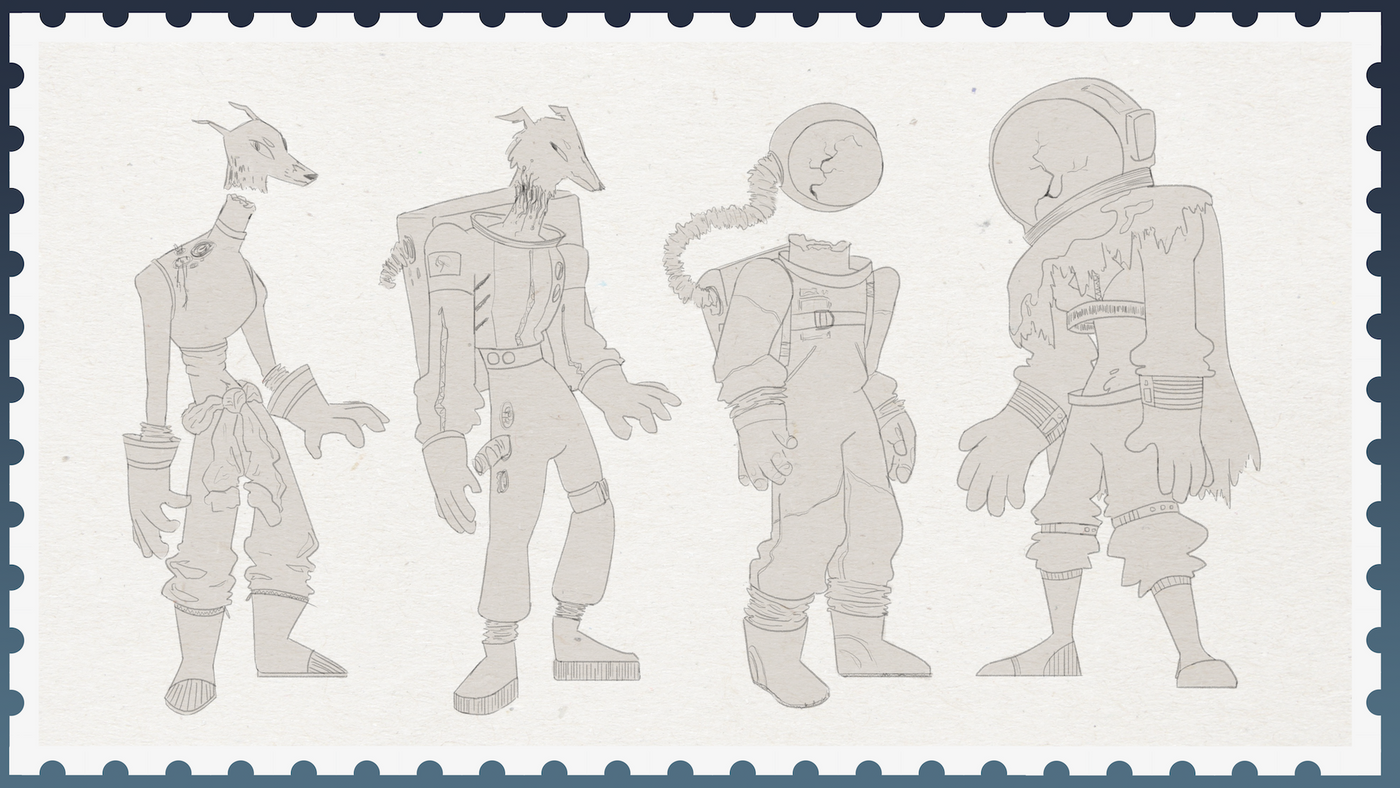 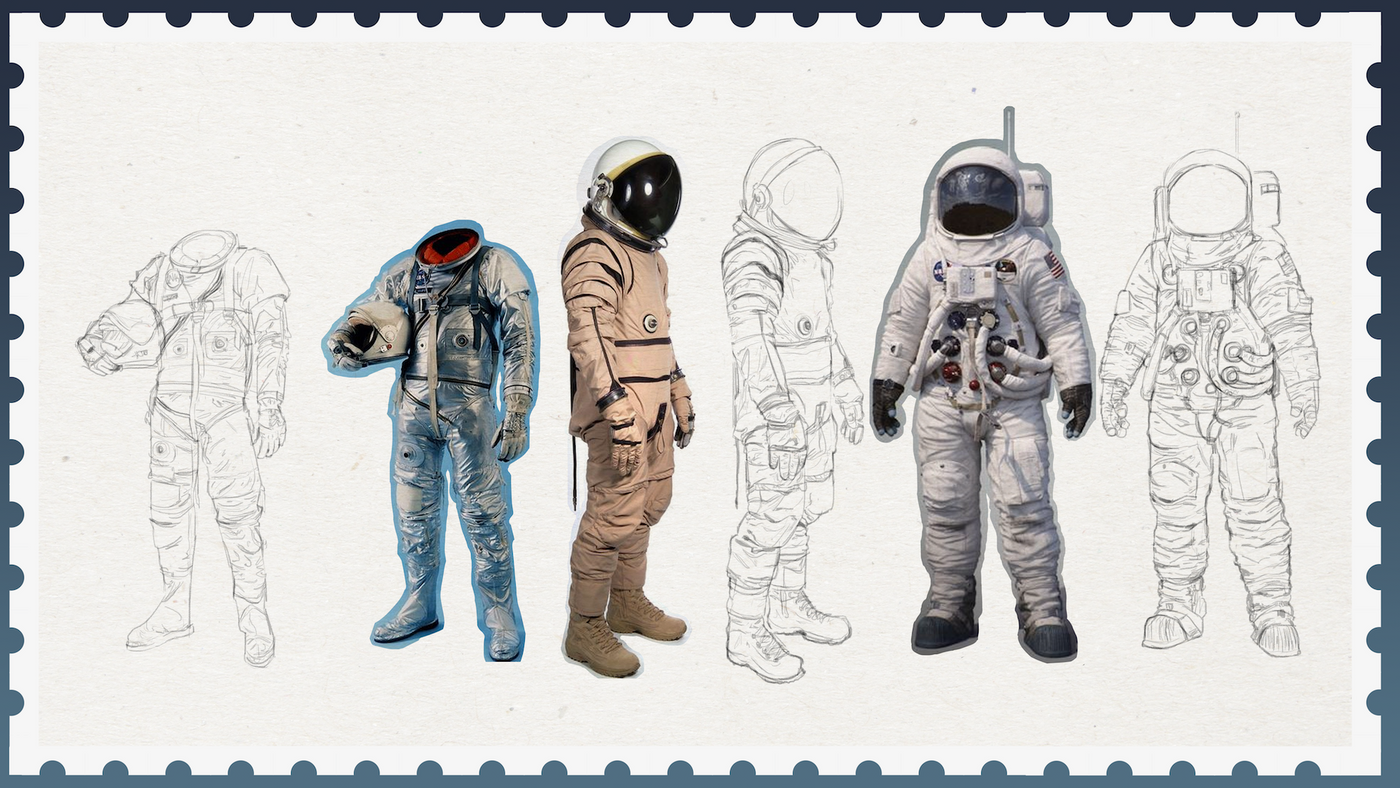 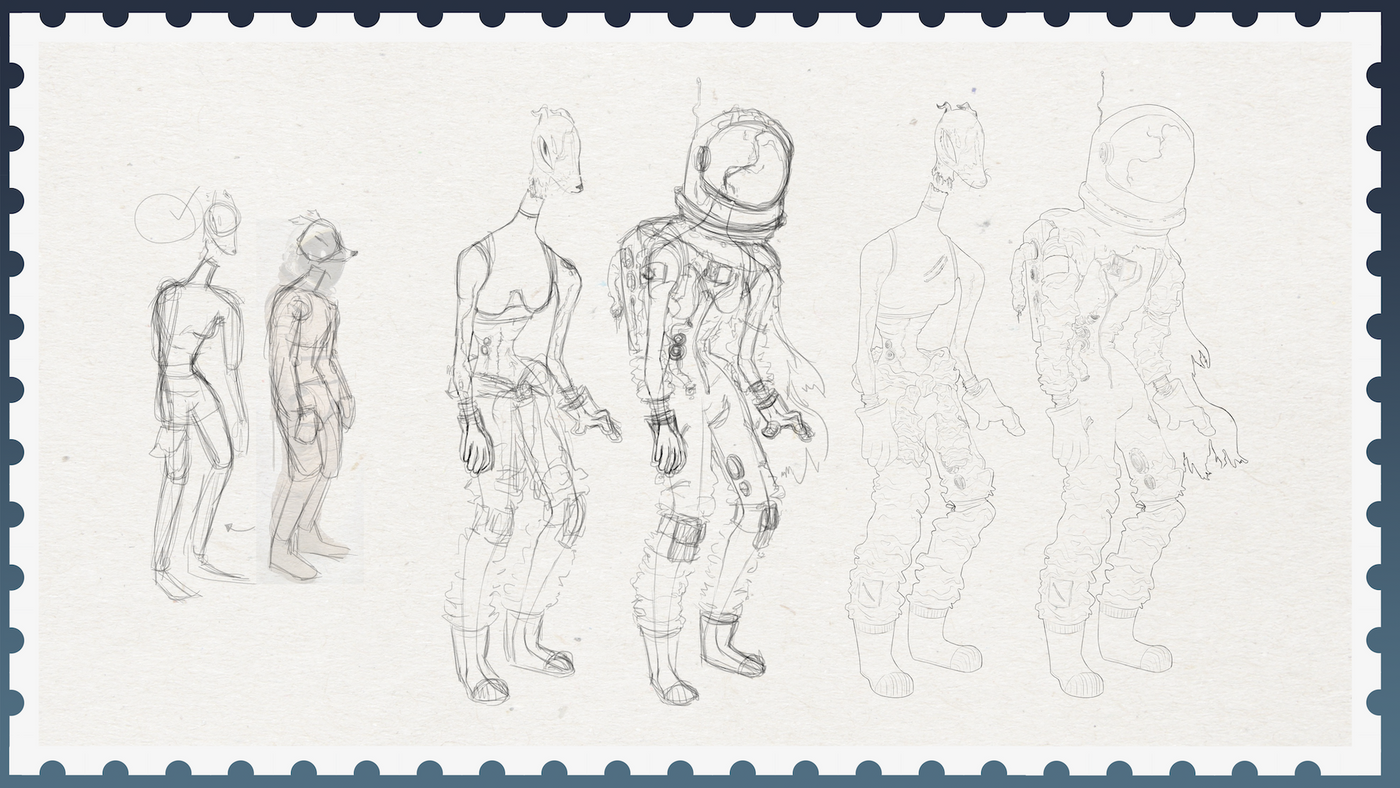 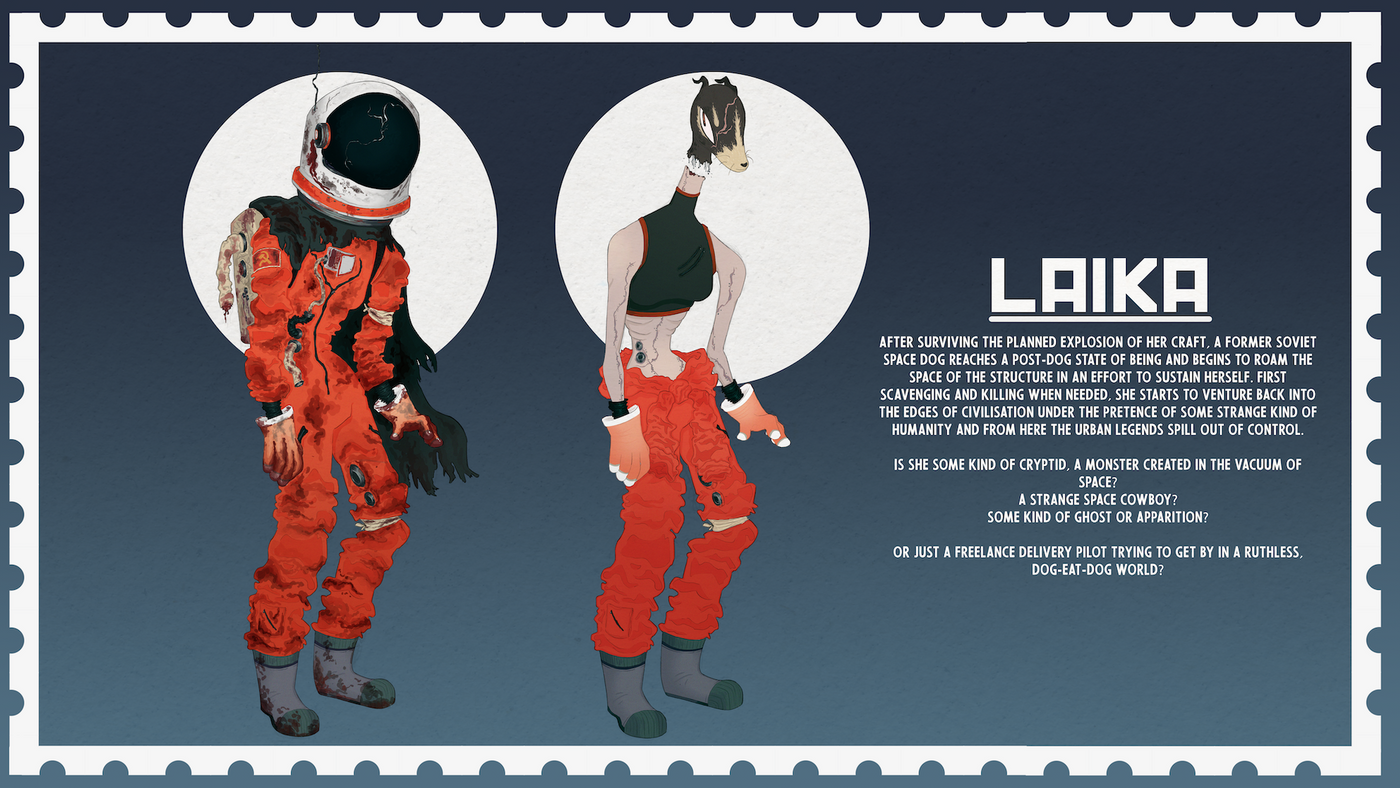 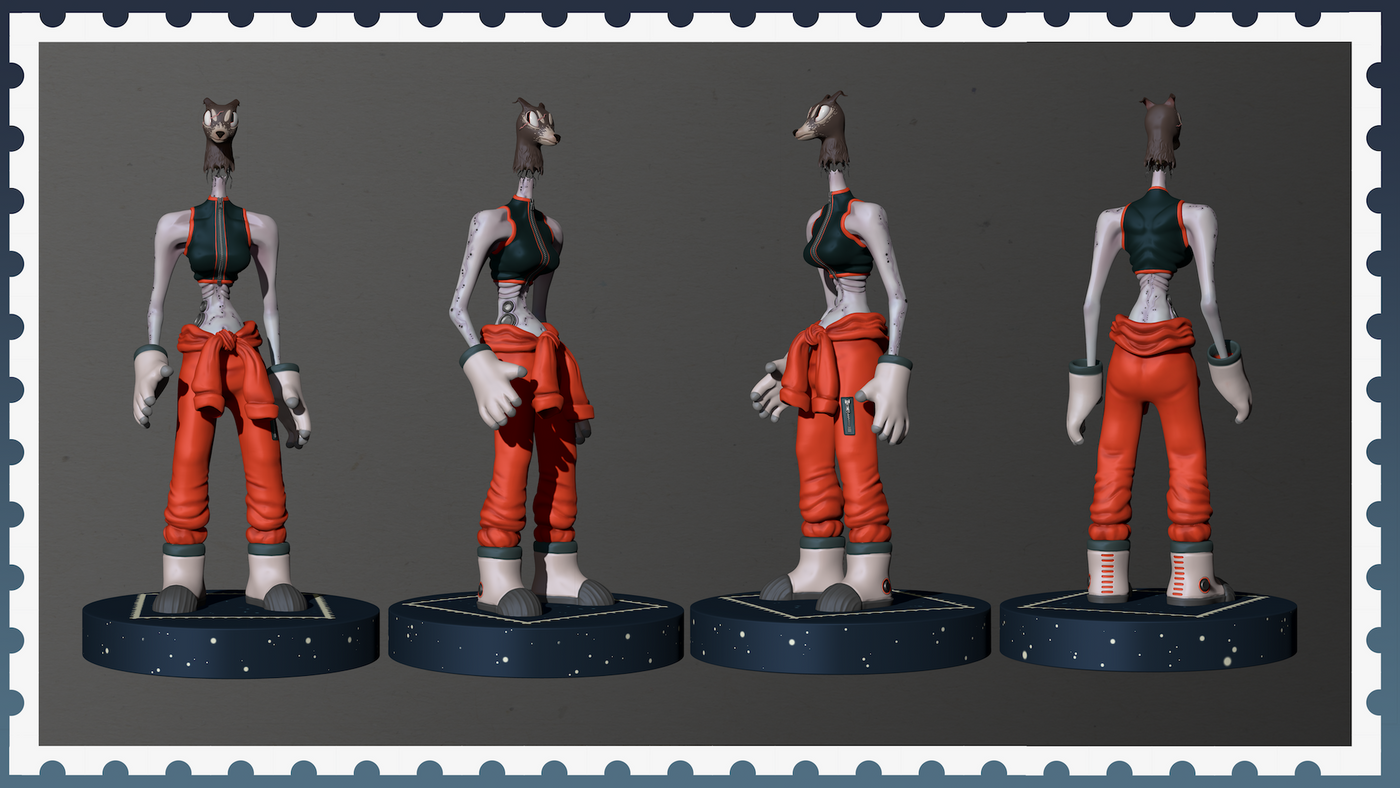 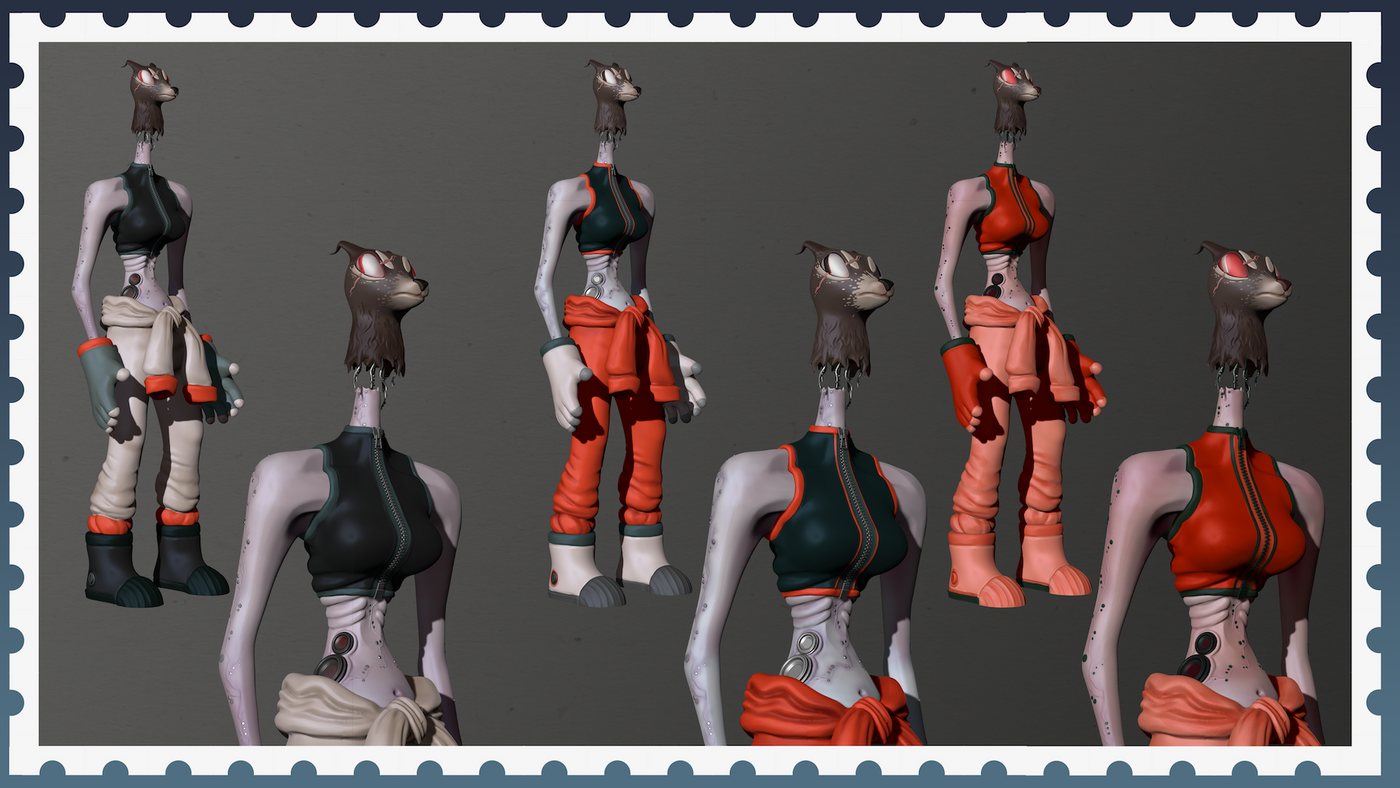 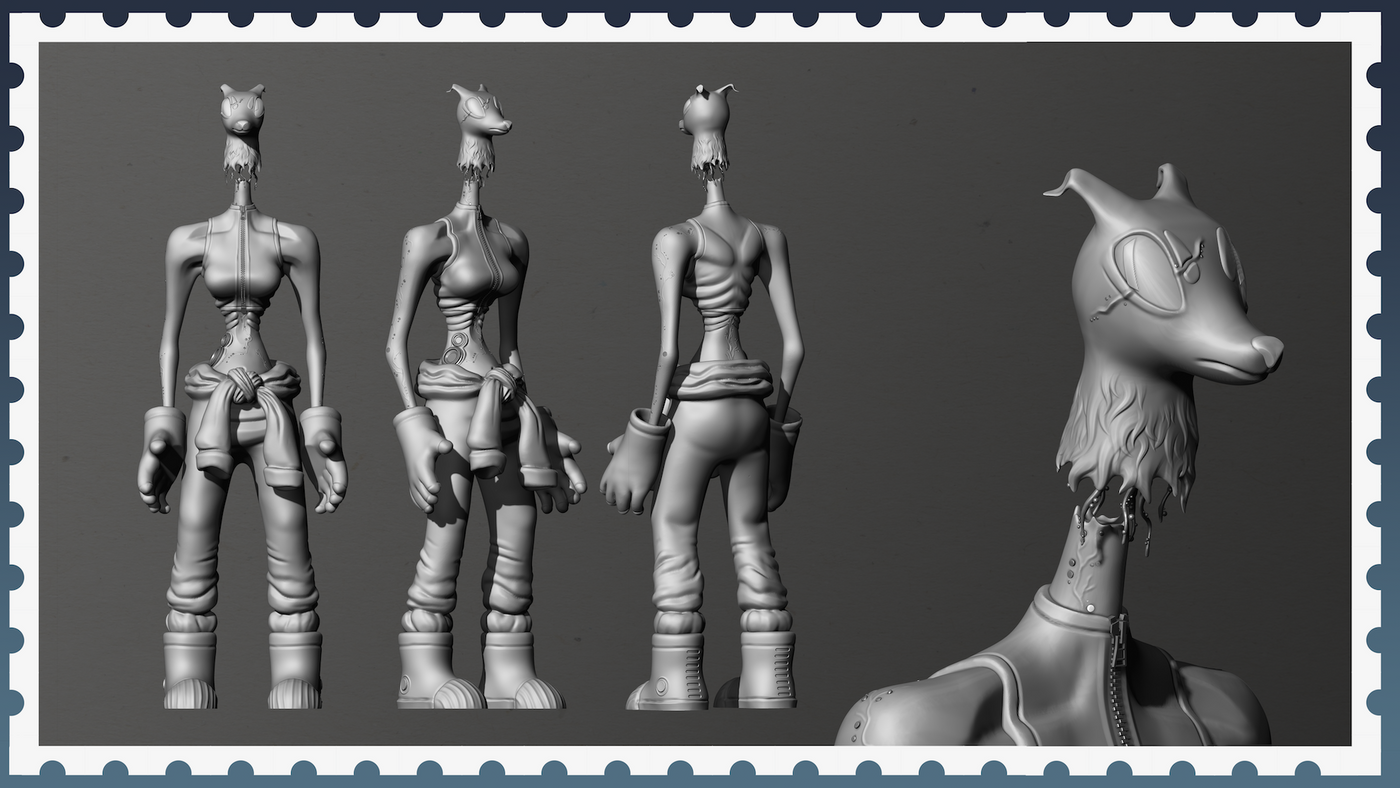 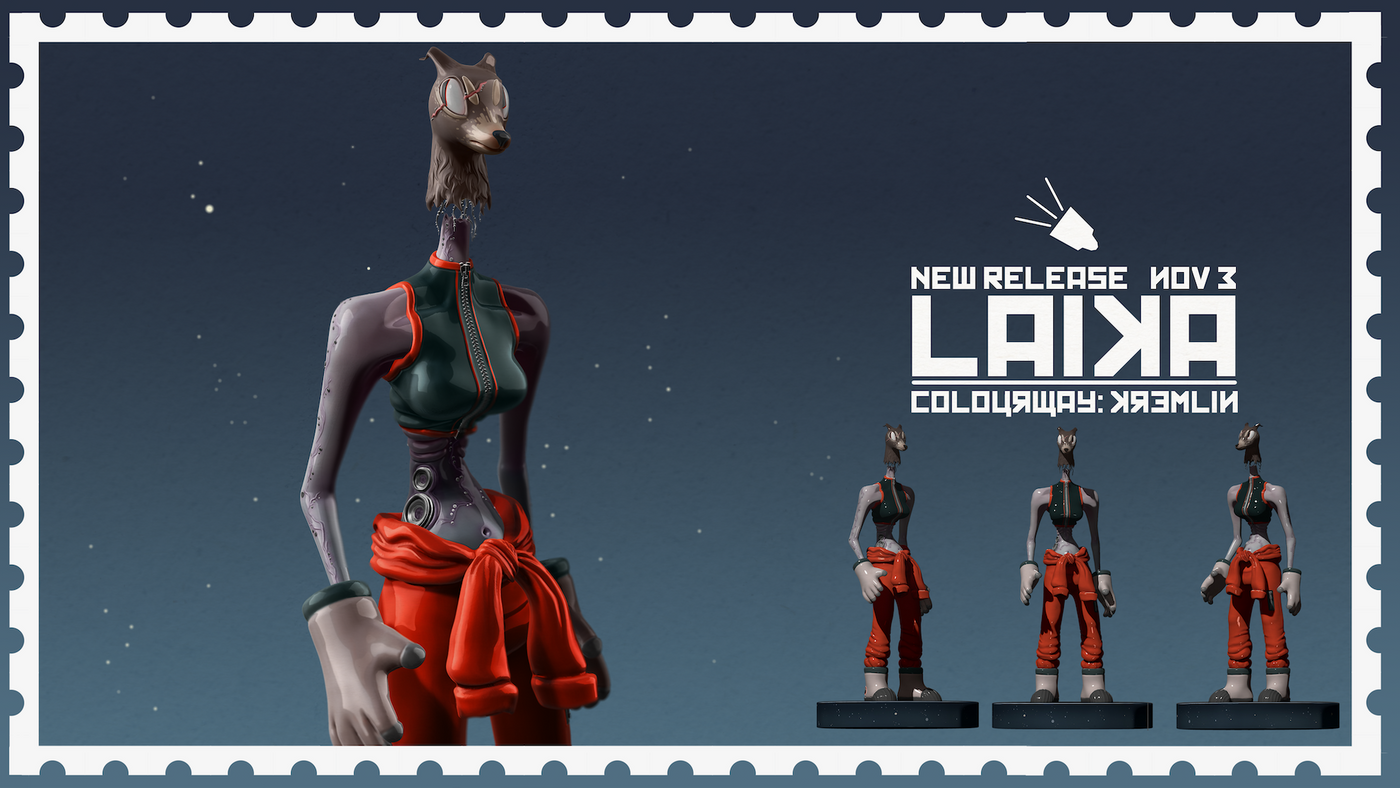 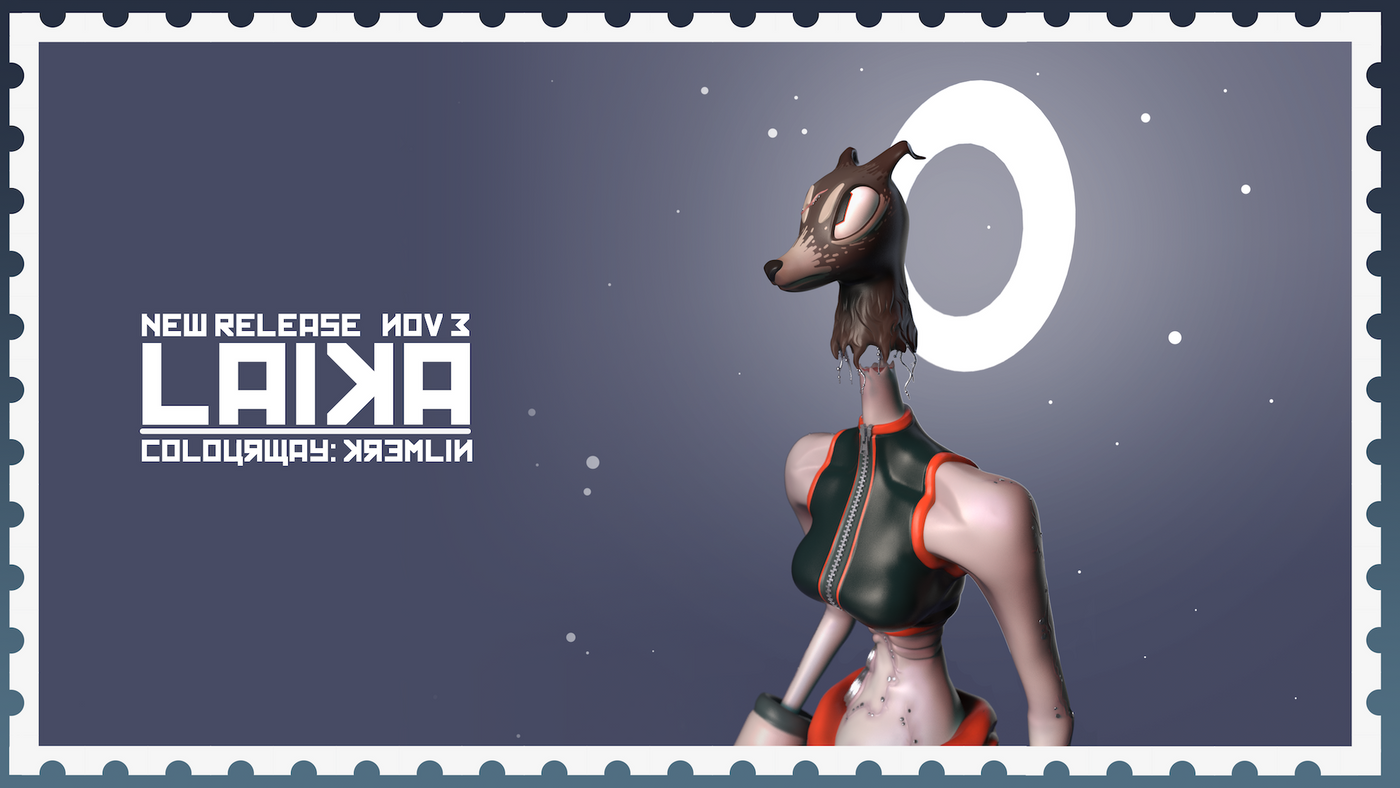 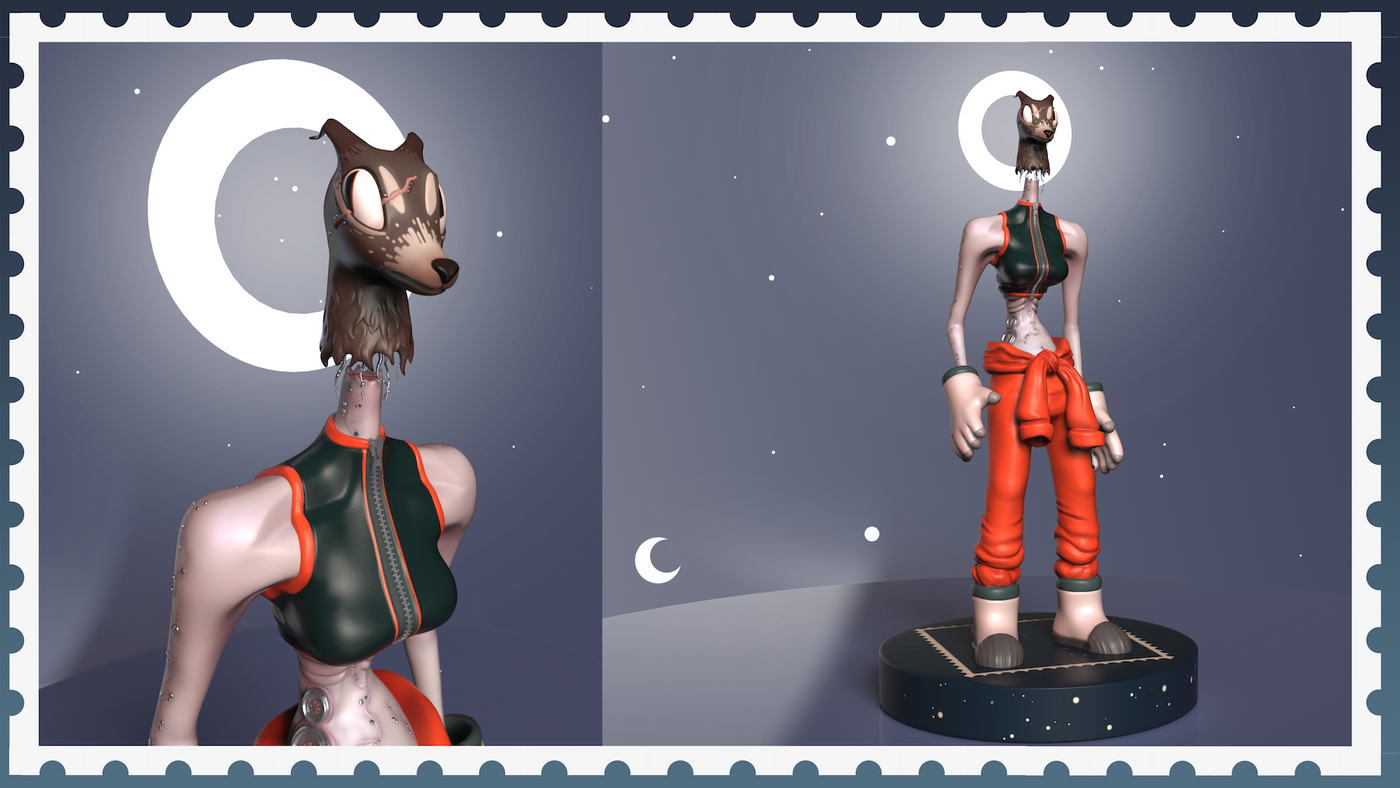 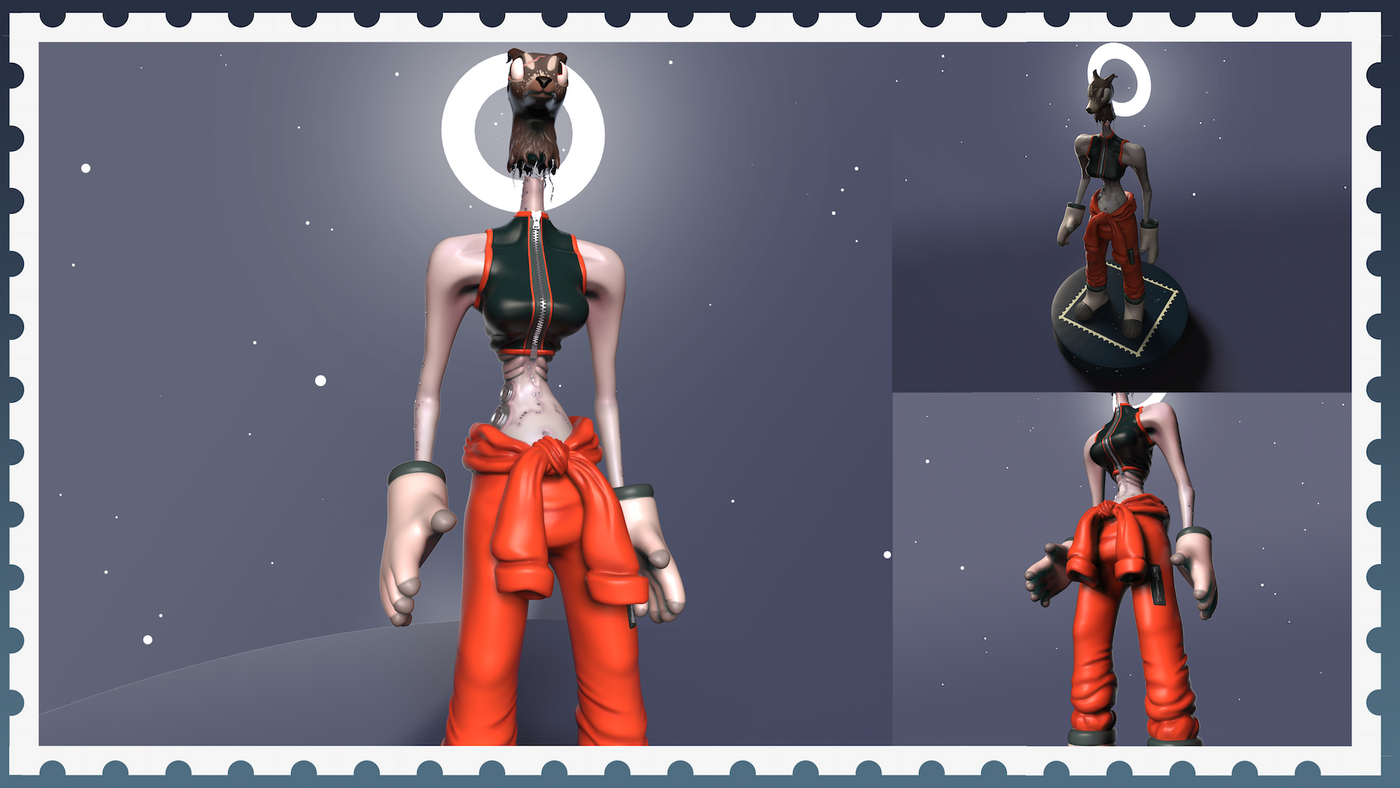 Thanks for checking my entry out! 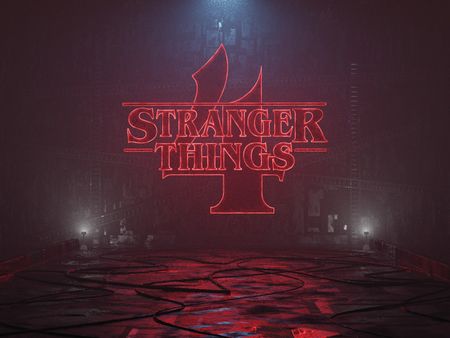 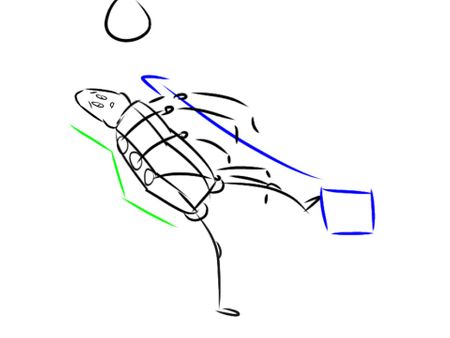