Hi! I'm Carter. I'm a self-taught VFX compositor who likes to dabble in 3D. Here's my current reel. Scroll down for some more detailed breakdowns, plus a few extra projects that haven't made it into the reel yet!

Shot 1 (underwater): track in SynthEyes, hair in Blender, comp in After Effects with some elements round-tripped through Nuke.

Now some of the juicier details! 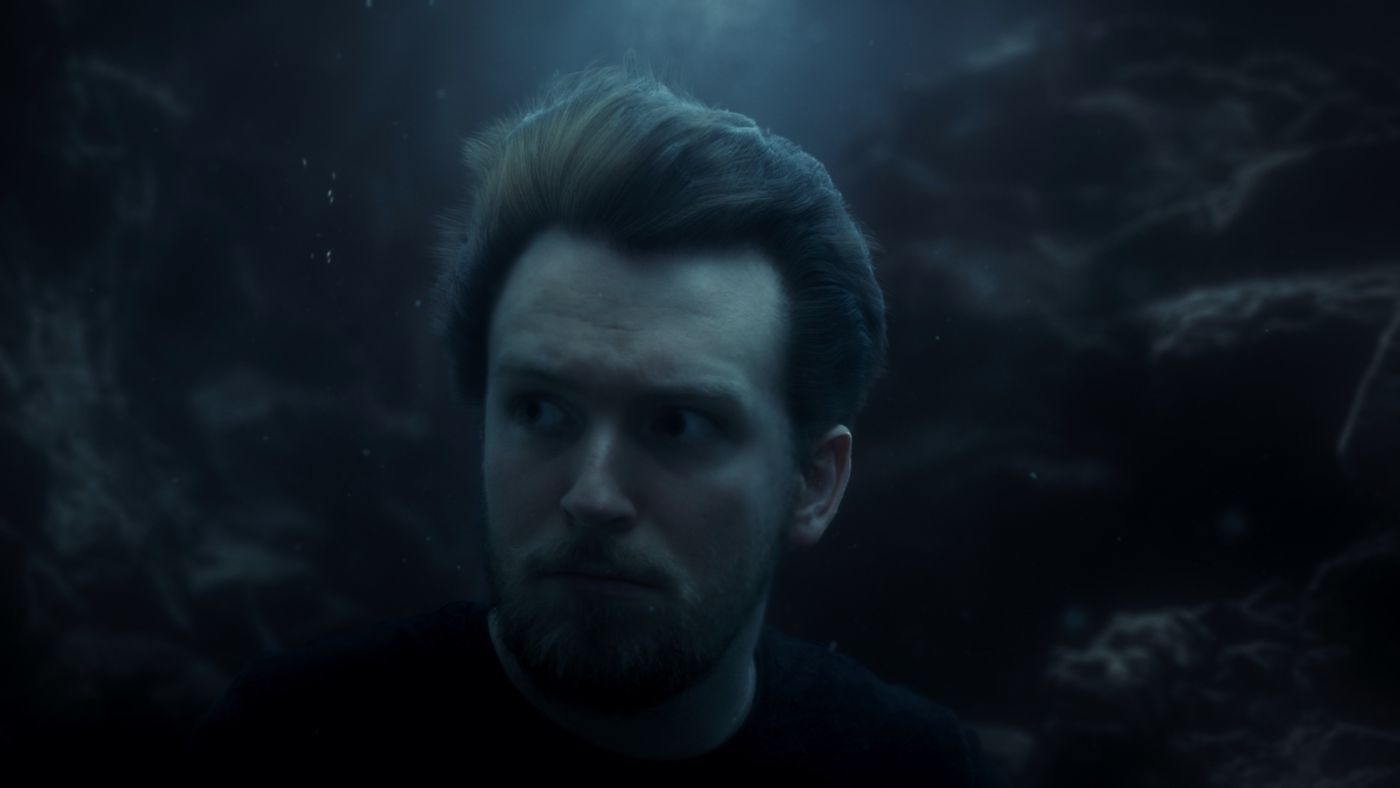 I got the idea for this project after seeing all of the amazing CG hair work in Aquaman. I thought that could be fun to try myself, and probably not that hard... I like to joke that I read the parts of the BTS articles where the artists talked about doing CG hair, but should have paid closer attention to the sentence right after that, where they all said it was the hardest thing they did on the film! Sure enough, it was tricky. Tracking and aligning the head was pretty simple, but the real challenge was art-directing the hair motion. I really wanted the hair to make pleasing, flowing shapes that felt watery, even though real hair underwater tends to move as a bloc. I ran a lot of simulations until I got one that felt like it had the right combination of plausibility and visual appeal! 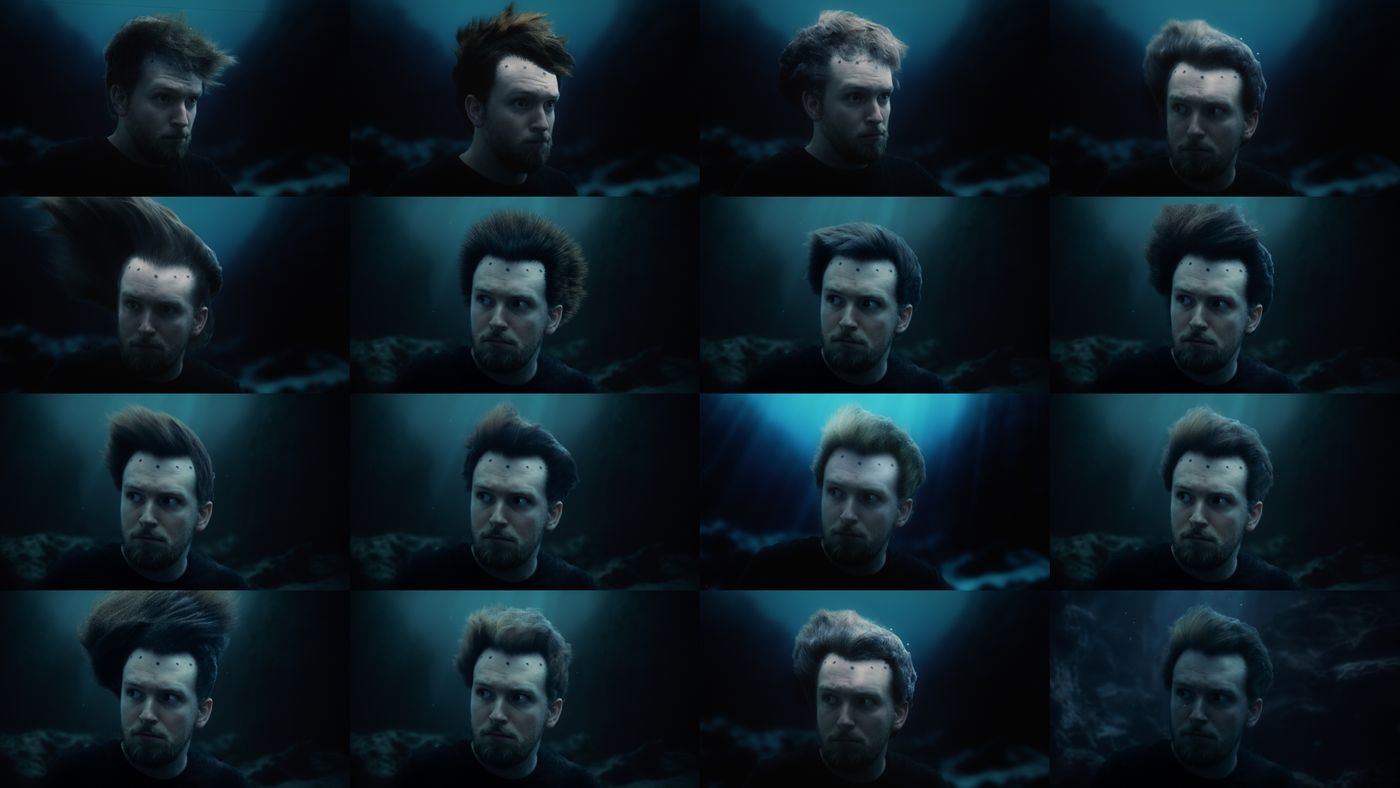 I wanted the scene to feel cold and murky, but not totally monochromatic, so I worked on dialing in the skin tones to avoid completely washing out my face into shades of blue, while still selling that we're 20+ feet underwater. I also tried to keep the focus on my face without unrealistically popping me out of the physical environment, and to maintain a nice gloomy histogram without making the image unreadable.

The two biggest challenges in comp were 1.) correctly wrapping the hair around the head in three dimensions and 2.) painting out the eyeball specularity. The head mesh I'd made in FaceBuilder didn't perfectly match my head in a few spots, so I did some warping and roto to correct moments where the hair could be seen floating apart from the head, or where the head mesh held out parts of the hair that needed to be visible.

Things can't appear "wet" underwater, and real photos of people underwater have these fascinating waxy, flat eyes. Aquaman chose to mostly keep the highlights, but I thought it would be a fun challenge to go for a less stylized look and paint them out! In addition to the sheer number of tiny, quick glimmers caused by the rippled surface of the eyeball, I had to be careful to remove just the specularity without affecting the extremely complex scattering behavior of human eyes. We're so attuned to the peculiarities of the eye that even tiny changes are very noticeable, and you can easily paint over a subtle caustic without realizing it was even there, until suddenly the eye looks completely unnatural! I ended up blending between multiple differently-lit versions of the irises as they moved around to keep the glowing refractions and remove only the specular hotspots. I used a few patches for parts of the eyelids and whites, and did a lot of careful frame-by frame cloning. 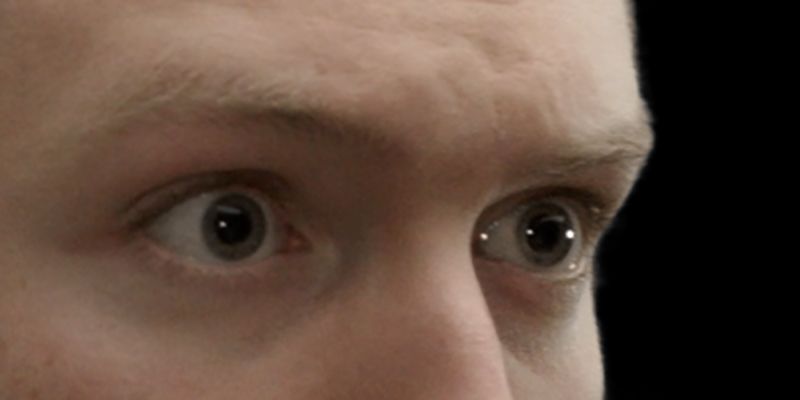 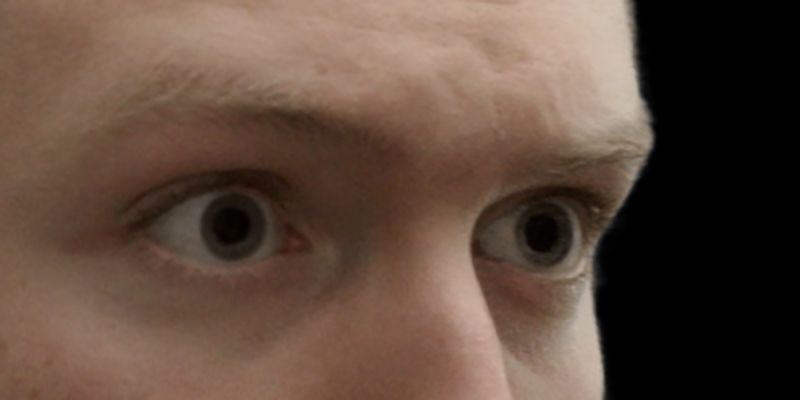 For the final comp, I added volumetric rays, caustic patterns, bubbles, floating debris, and a floaty 2D camera movement, and—my favorite part—animated a single bubble that escapes up out of my nose.

Several versions of the comp, from early roughing out to late-game tweaks: 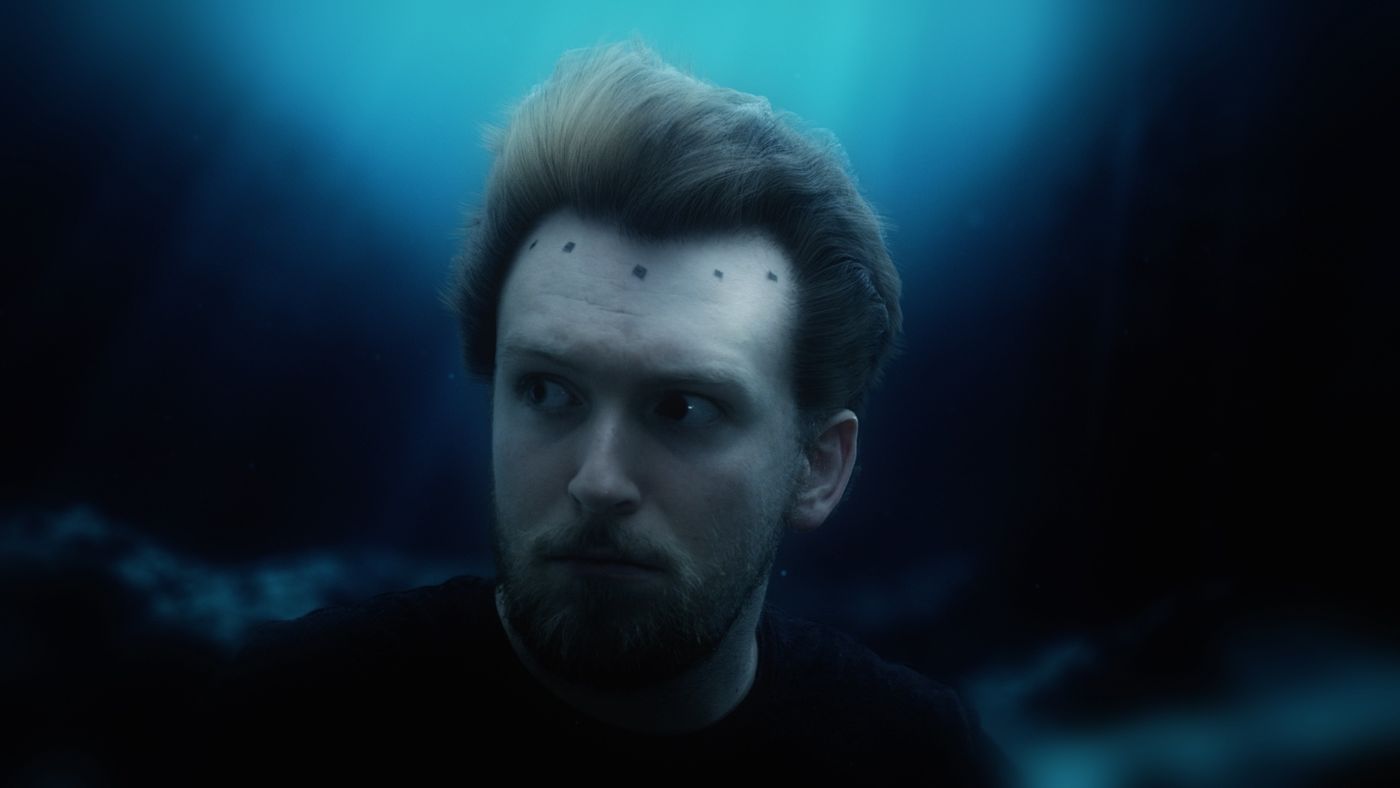 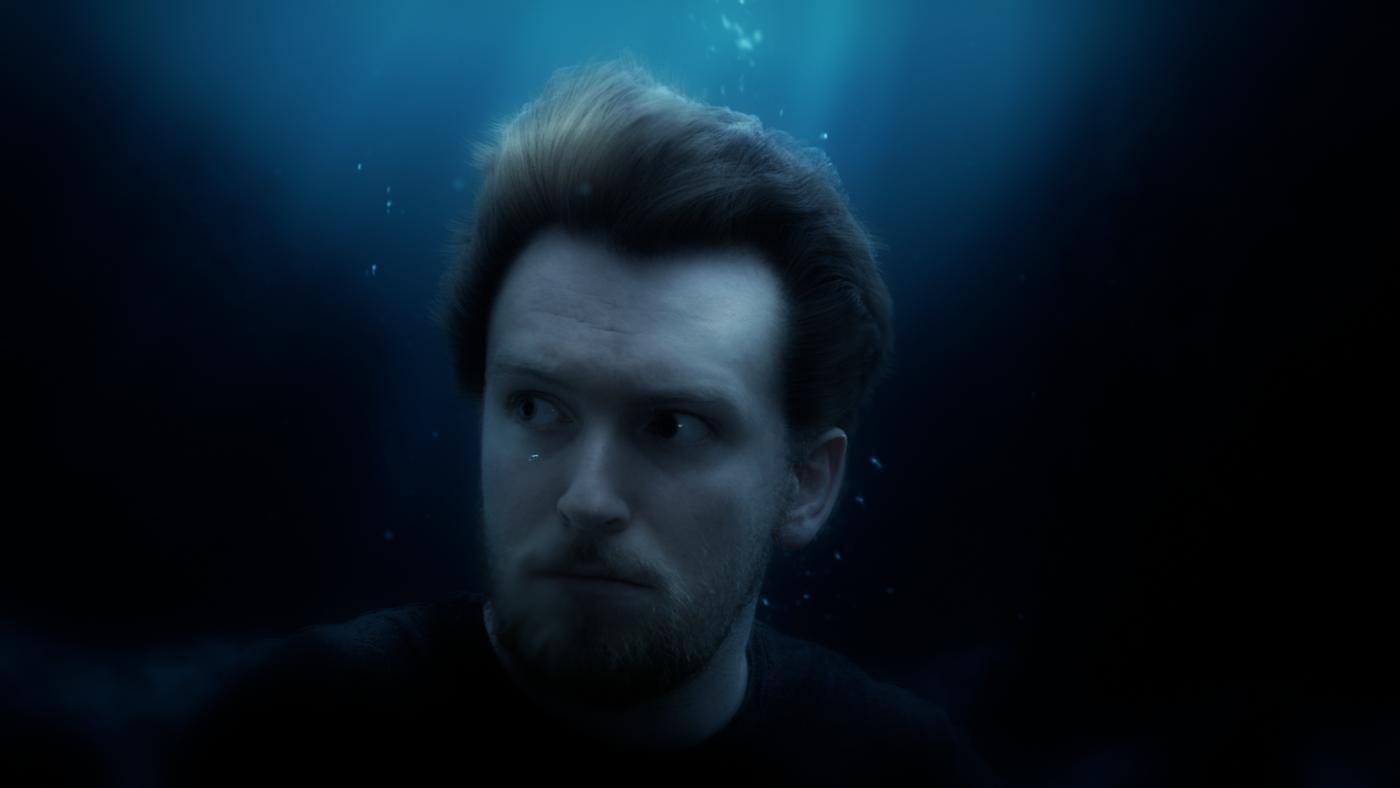 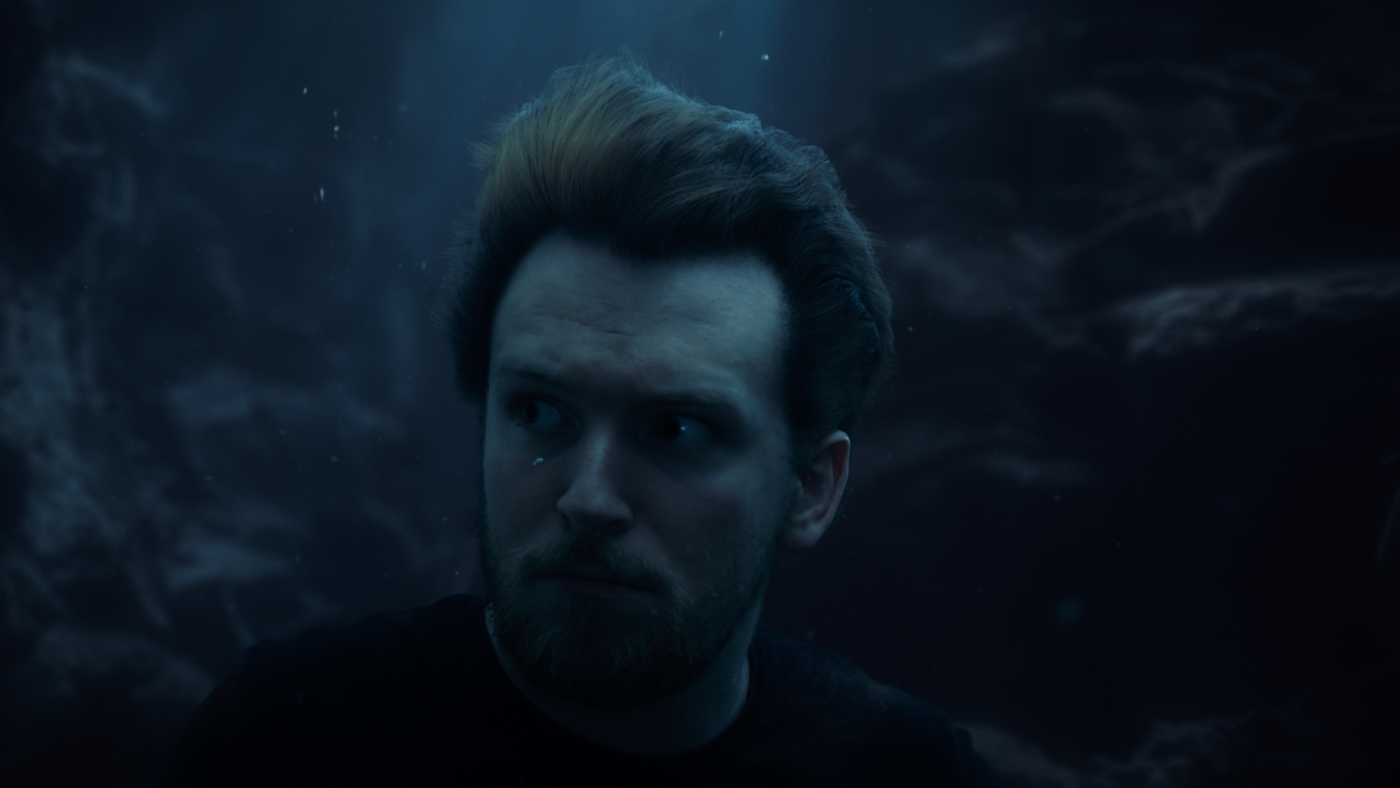 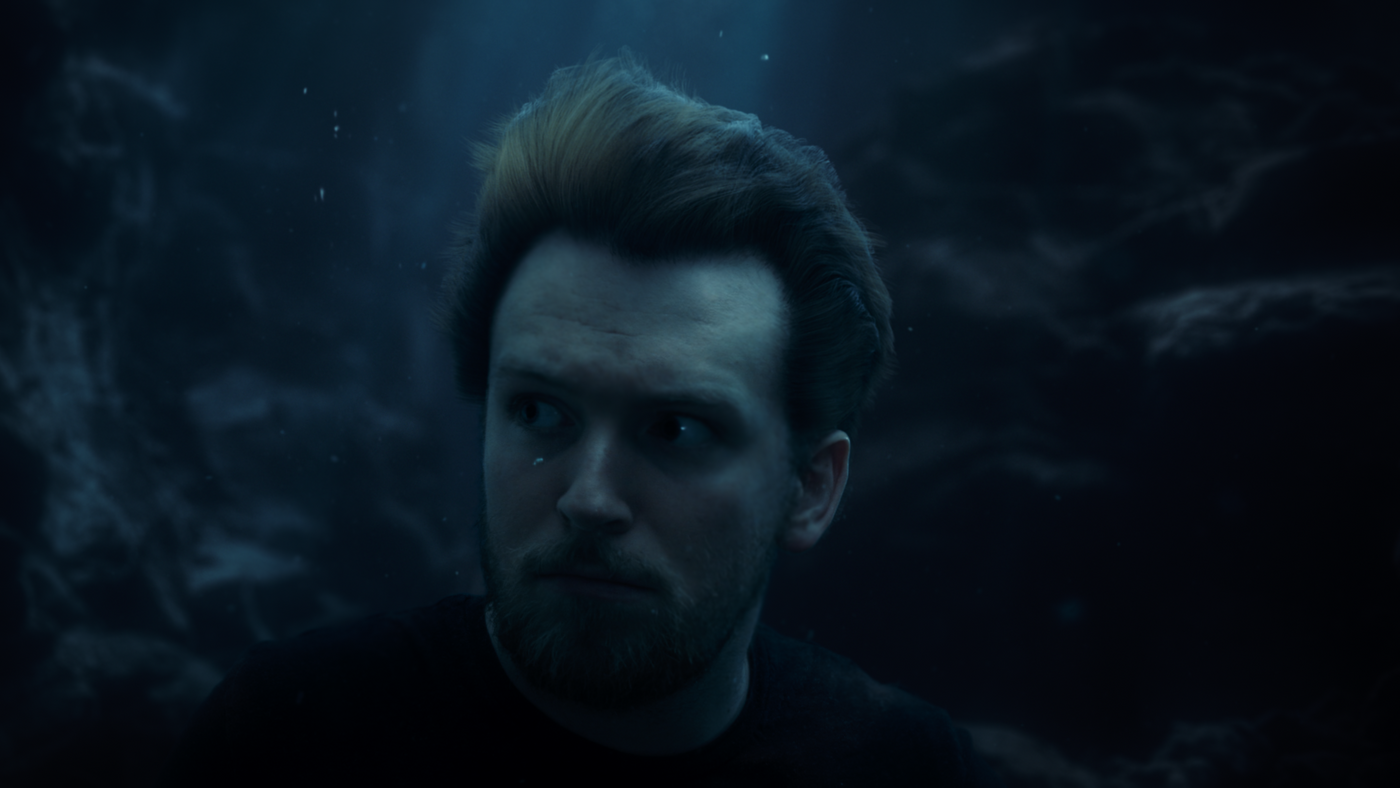 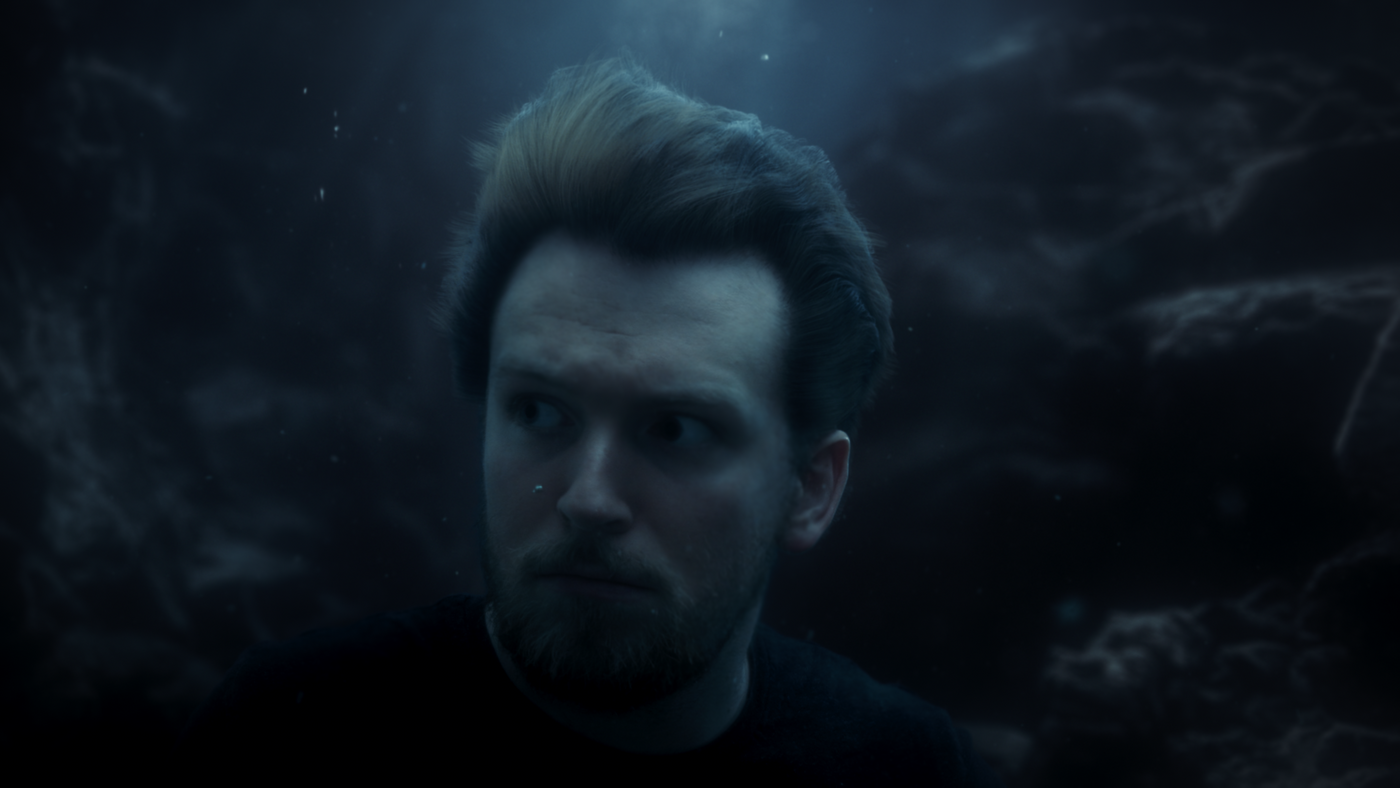 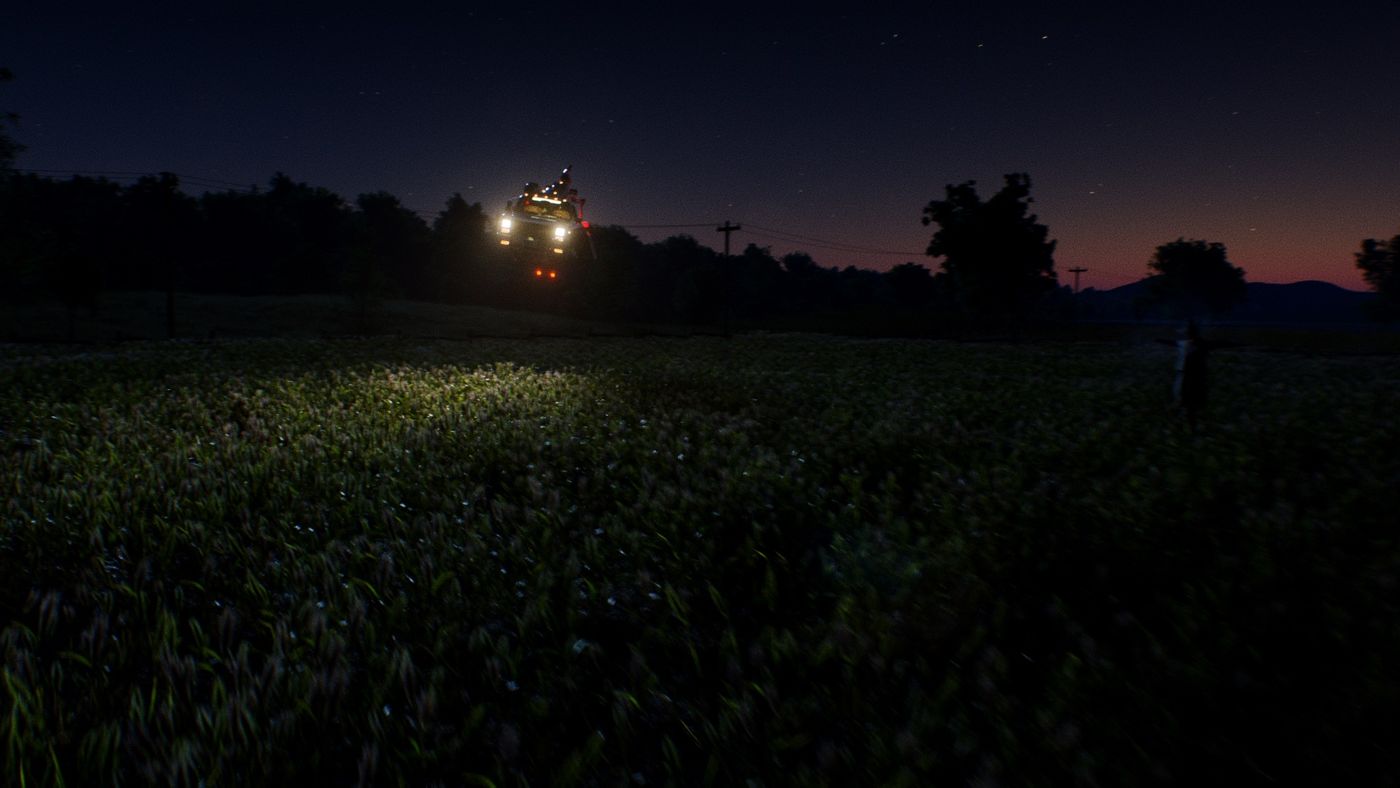 Truck modeled and textured by Ian Hubert; scarecrow by Baardus on Sketchfab, plants from Megascans; tree models from Andrew Price's Nature Academy with shaders by me.

This project came out of a Blender advice Discord channel! Someone asked about simulating a spaceship landing in a cornfield, and I started mocking up a quick scene to illustrate how I might go about it, with simulated particle strands deforming plant geometry, but then I was having a lot of fun putting it together, and next thing I knew I was turning it into a whole finished shot!

I was curious to see how far I could push instanced geometry and particles in Blender, covering nearly every single surface in at least one layer of plant life—Blender handled it like a champ, I was pleasantly surprised!

I did the AOV rebuild and comp in Nuke, incorporating some tasteful lens flares and some dust elements kicked up by the truck, which I blended in among the plants with a vertical fog pass. I wish they were a little more visible in the final grade—I do love me some dust—but subtlety is key!

I had this image in my mind of a steampunk engineer surrounded by lightning bolts, and I was interested in doing a new project that was heavy on stock footage and animated particle/energy elements, having not done one in a little while.

The original plan was to use the goggle markers to do a full 3D solve and render reflective planes with a 3D environment, but in a time crunch I ended up deciding to try a 2D solution. I tracked a few of the markers, averaged their motion, and inverted the vertical axis to get a sliding motion that felt enough like a reflection to work!

The machine the scientist is working on only needed to hold up in a blurry reflection, so I quickly assembled this out of some kitbash pieces. What does it do? I don't know. But it looks the part, doesn't it? This is definitely the kind of machine that shoots out bolts of lightning when you turn it on. 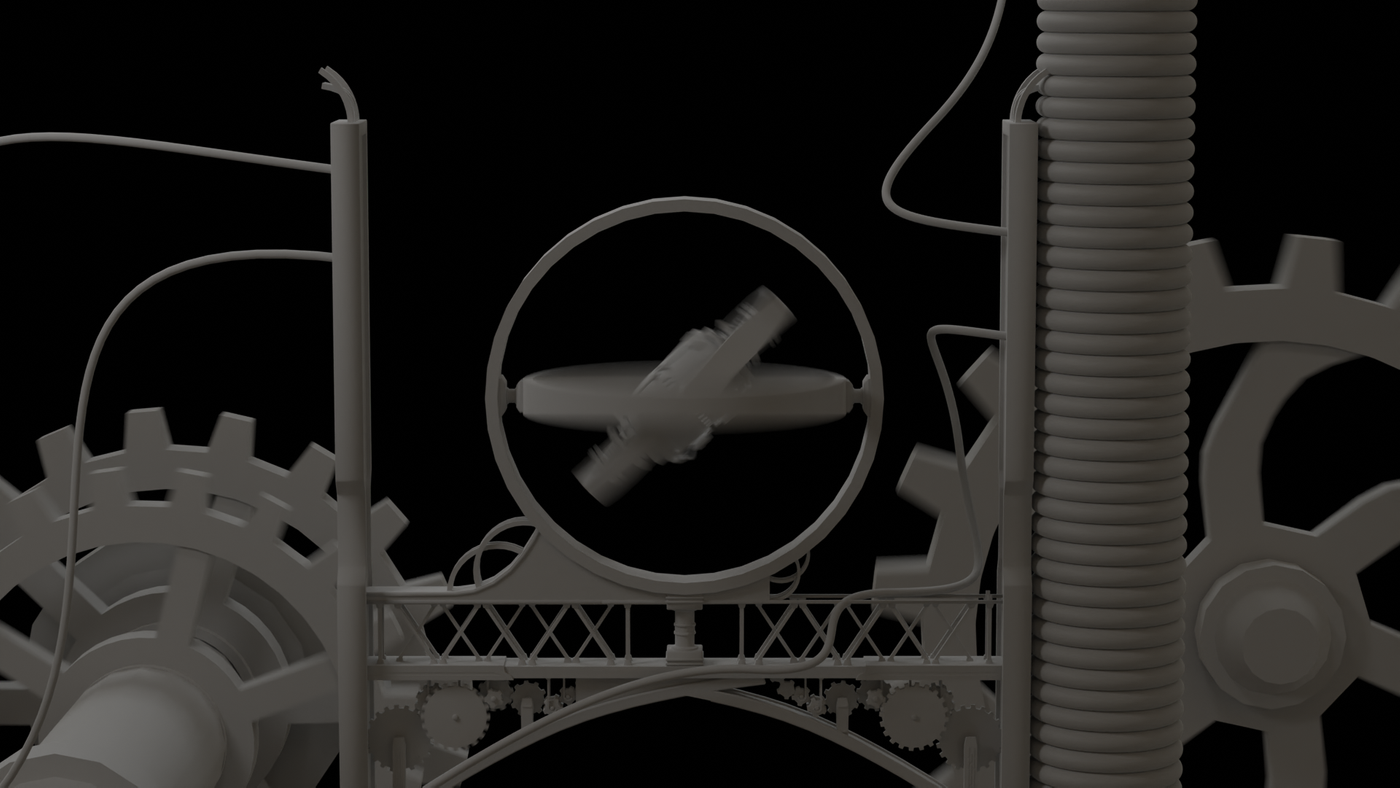 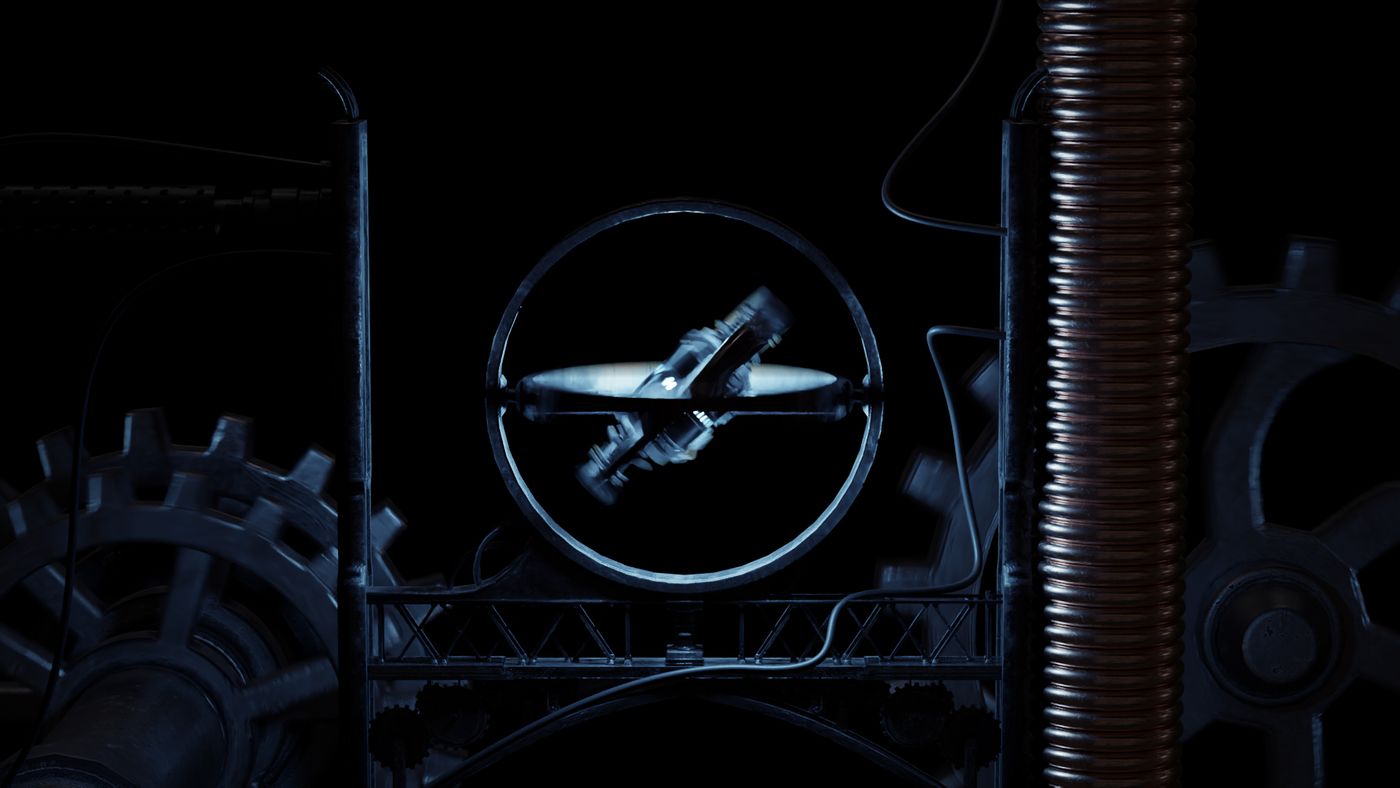 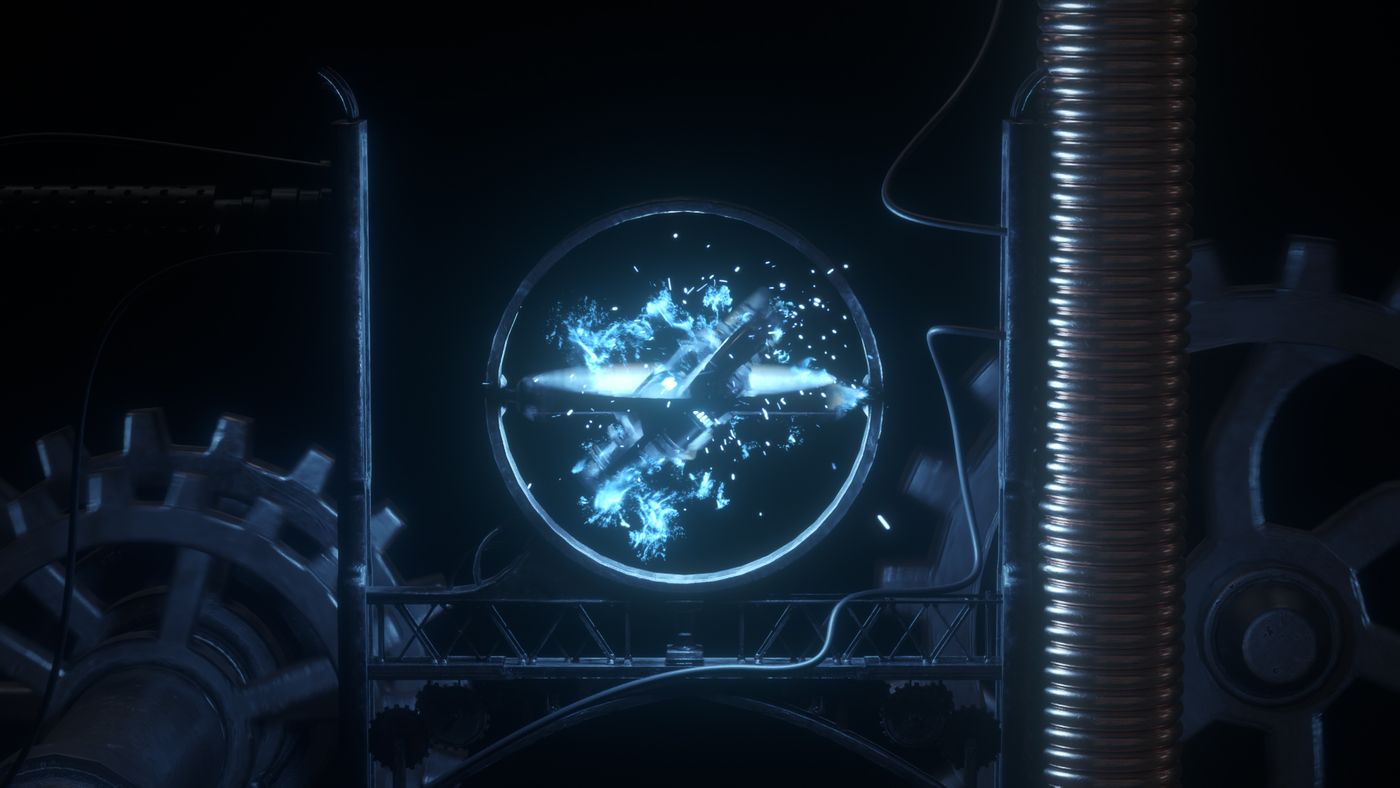 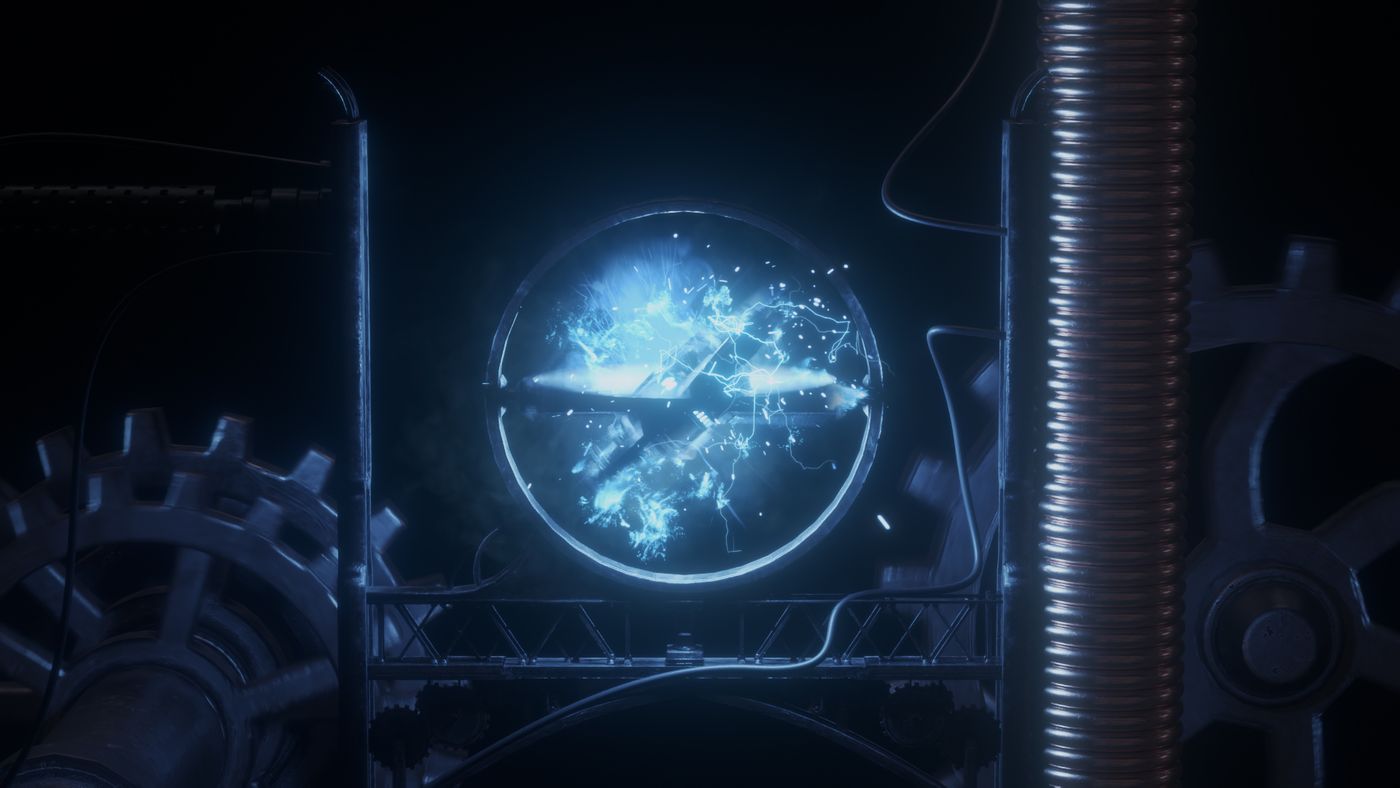 Here are a few other things I've worked on this year that haven't made it into the reel yet! 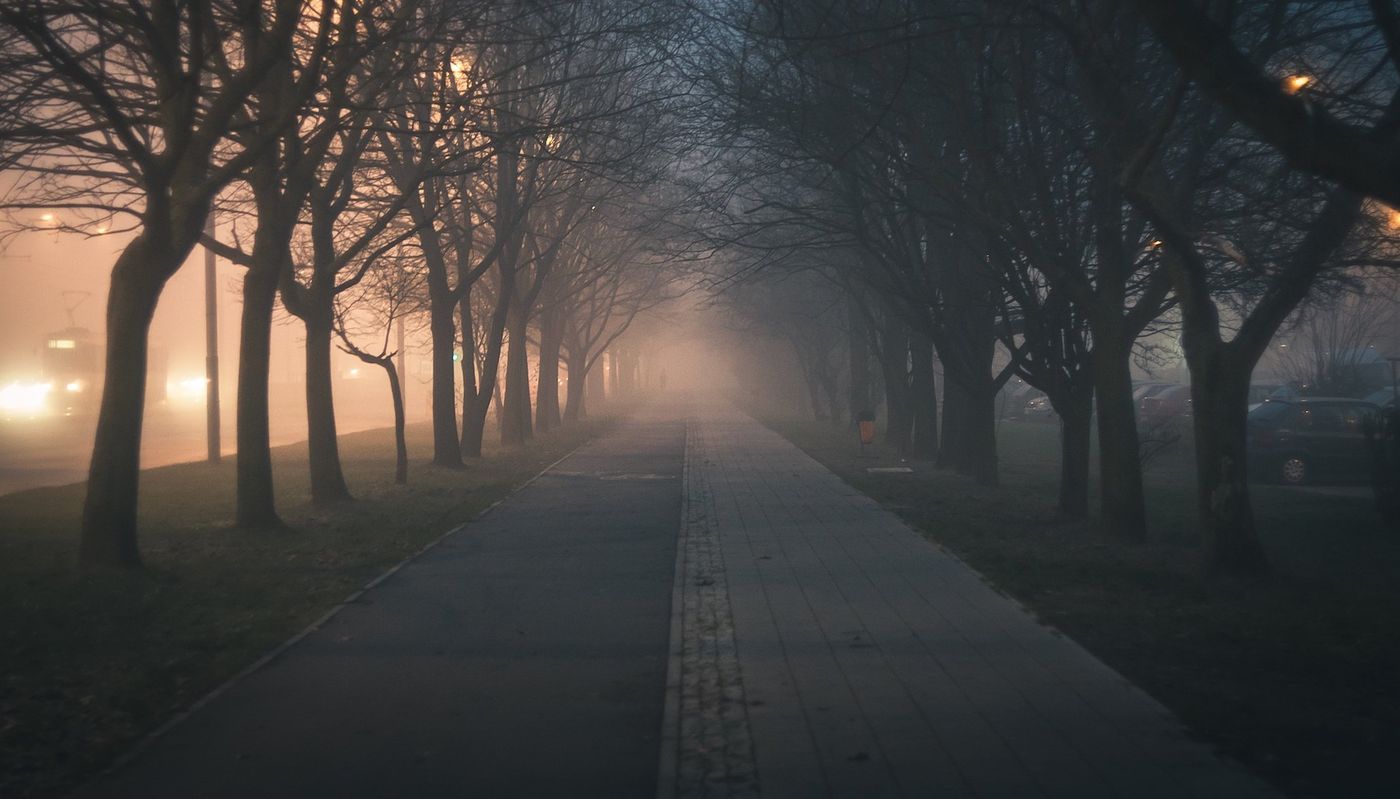 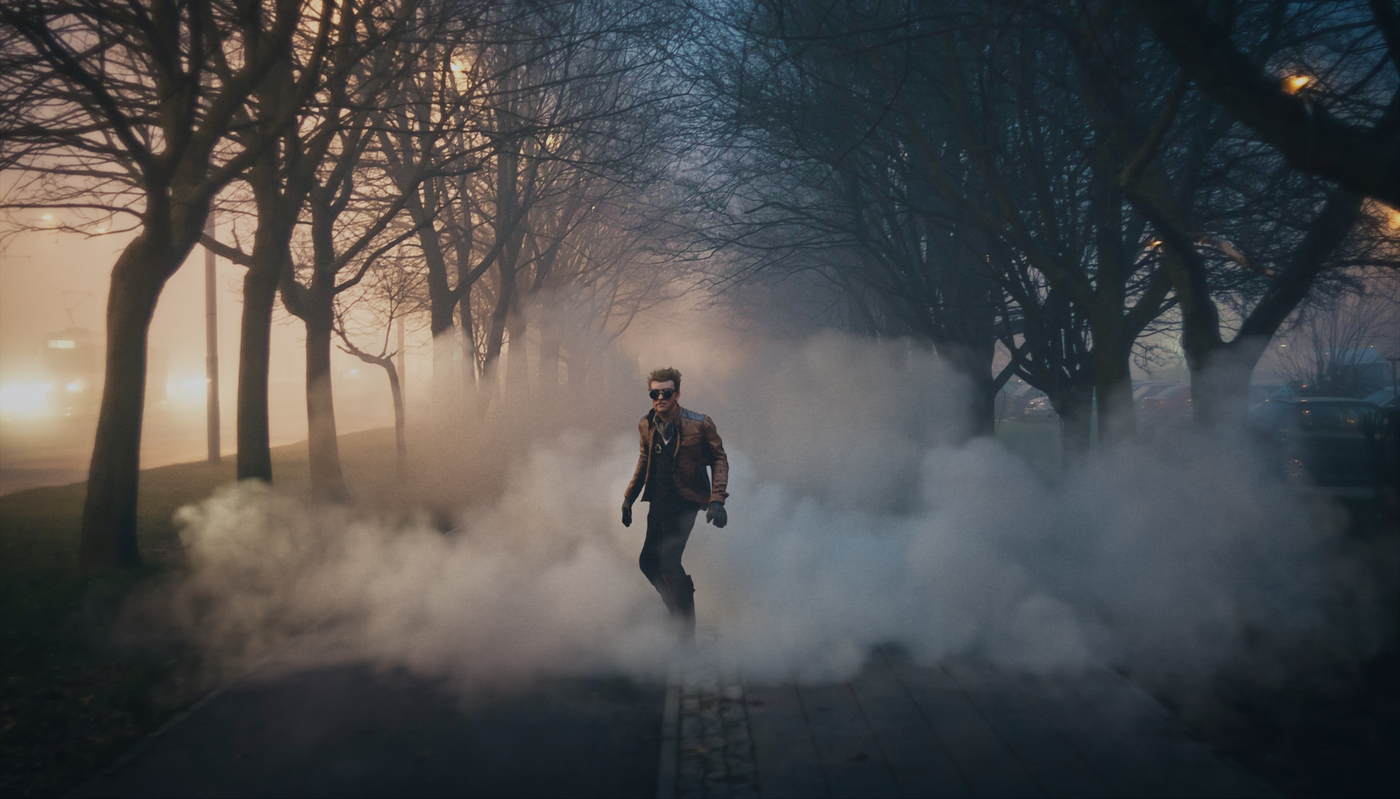 I wanted to experiment with using projection-mapped scene geometry to light a volume for better plate integration. Pretty happy with how it came out! 3D in Blender, comp in Nuke.

That guy is a photogrammetry scan that I cleaned up, shaded and groomed. He's part of a larger digital double project, in which I'm building out a small army of virtual extras who will eventually, among other things, fill out the background of this scene:

I'm excited to see where it goes.

Thanks for looking at my work today! I hope you have a great day. 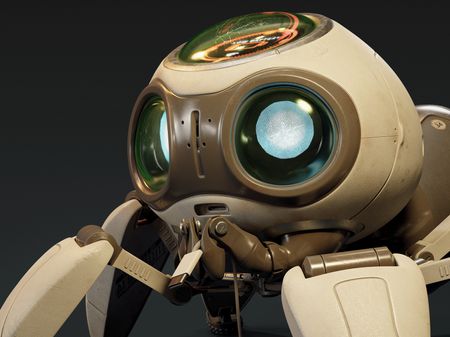 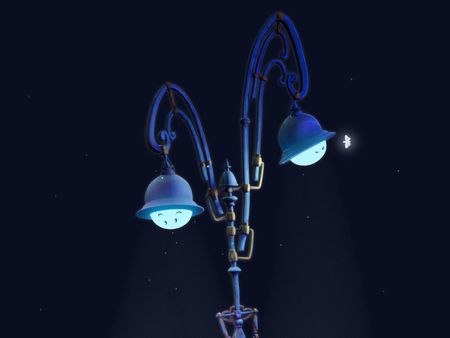 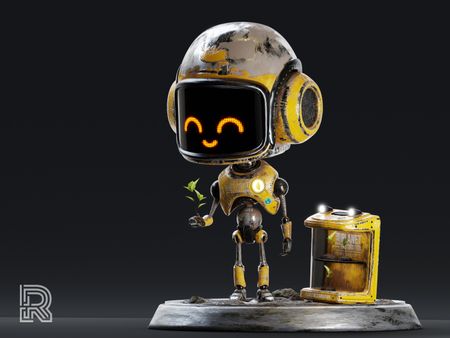