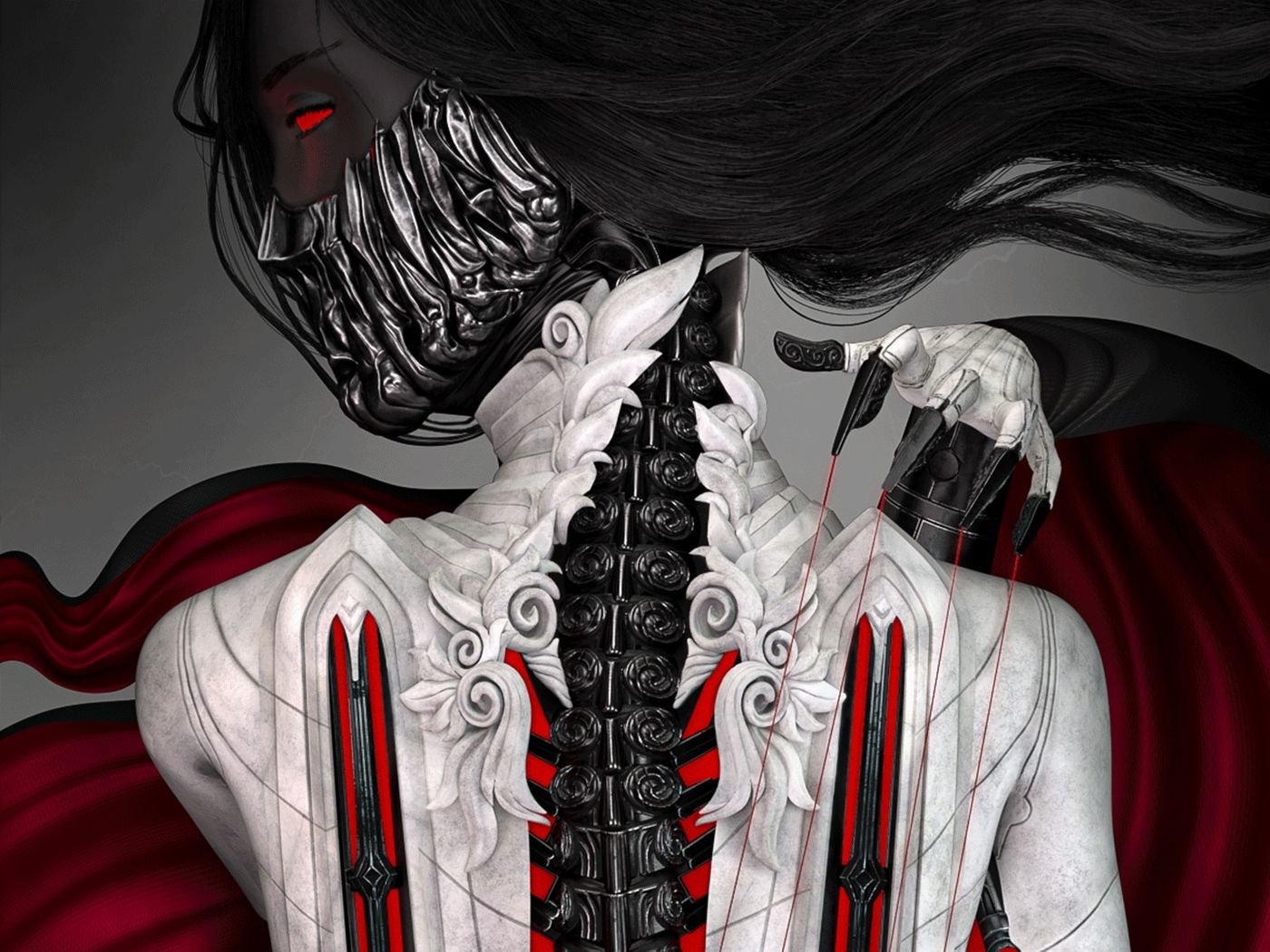 My Foundation Term Final Project for Think Tank Online. Titled 'Peisinoe', the greek muse of tragedy. This is a 3D recreation of Alexander Fedosov's original illustration. https://twitter.com/hollllow (Only contact I could find, all other accounts deactivated) Artstation post: https://www.artstation.com/artwork/8eXqlG 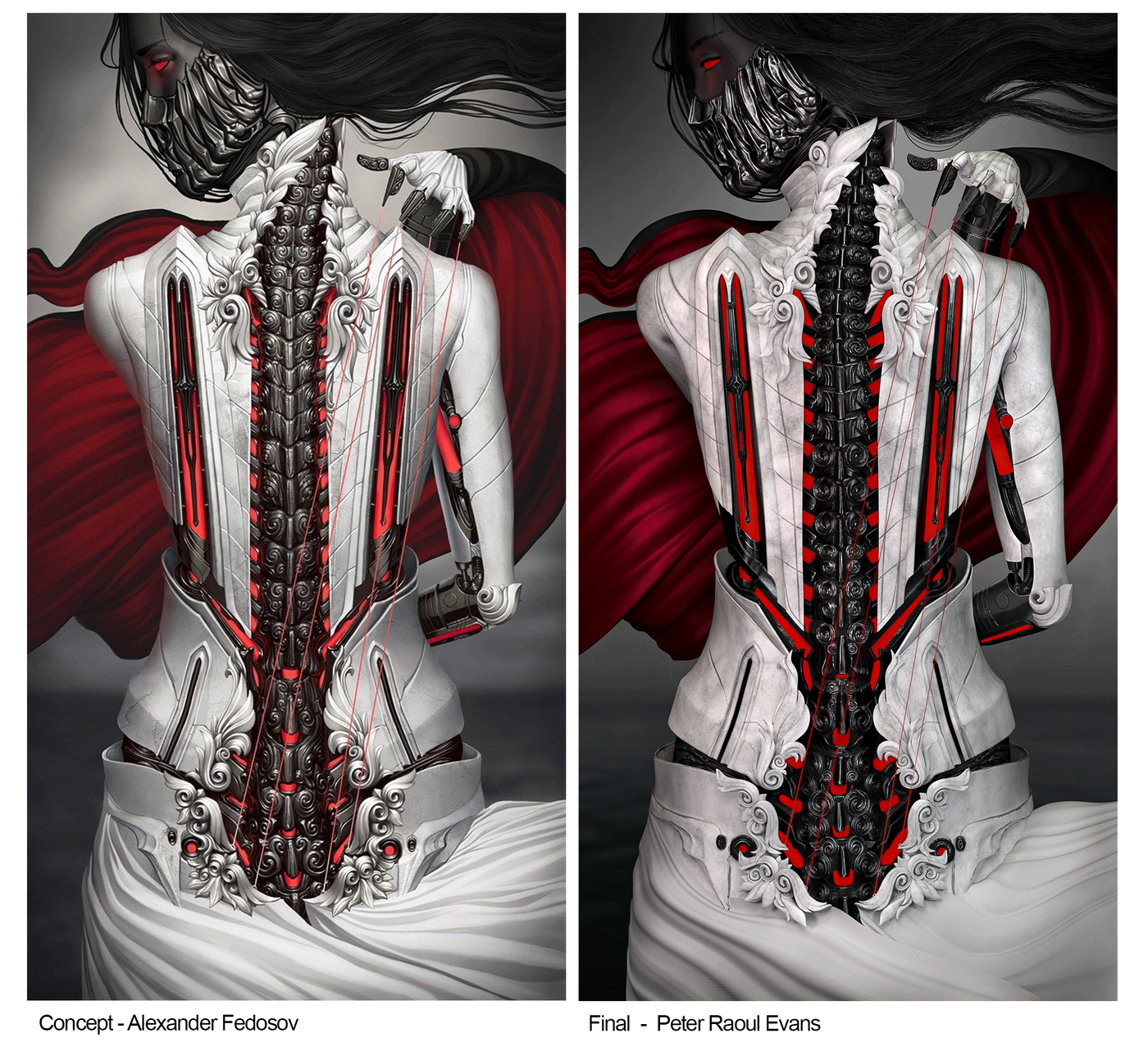 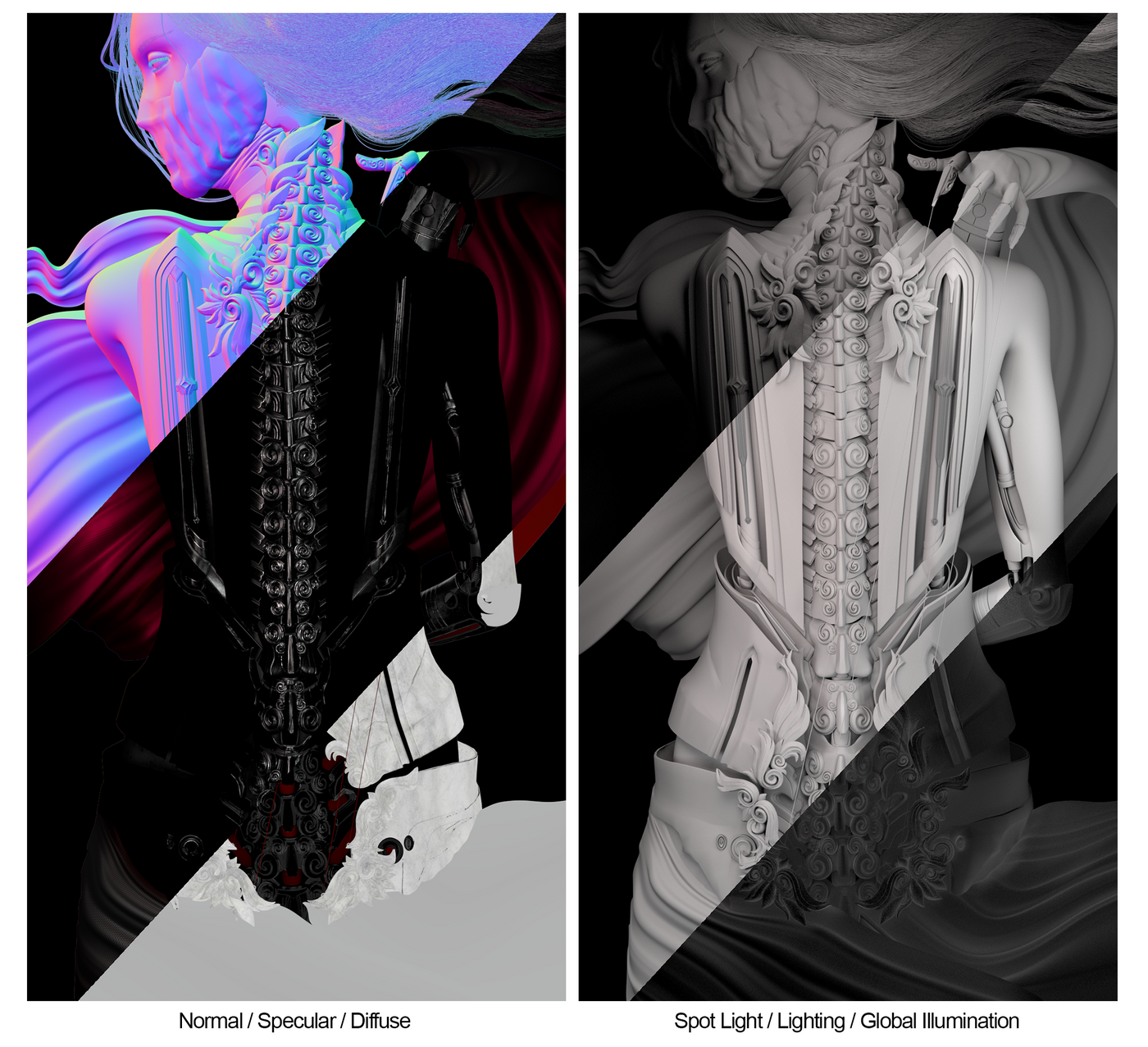 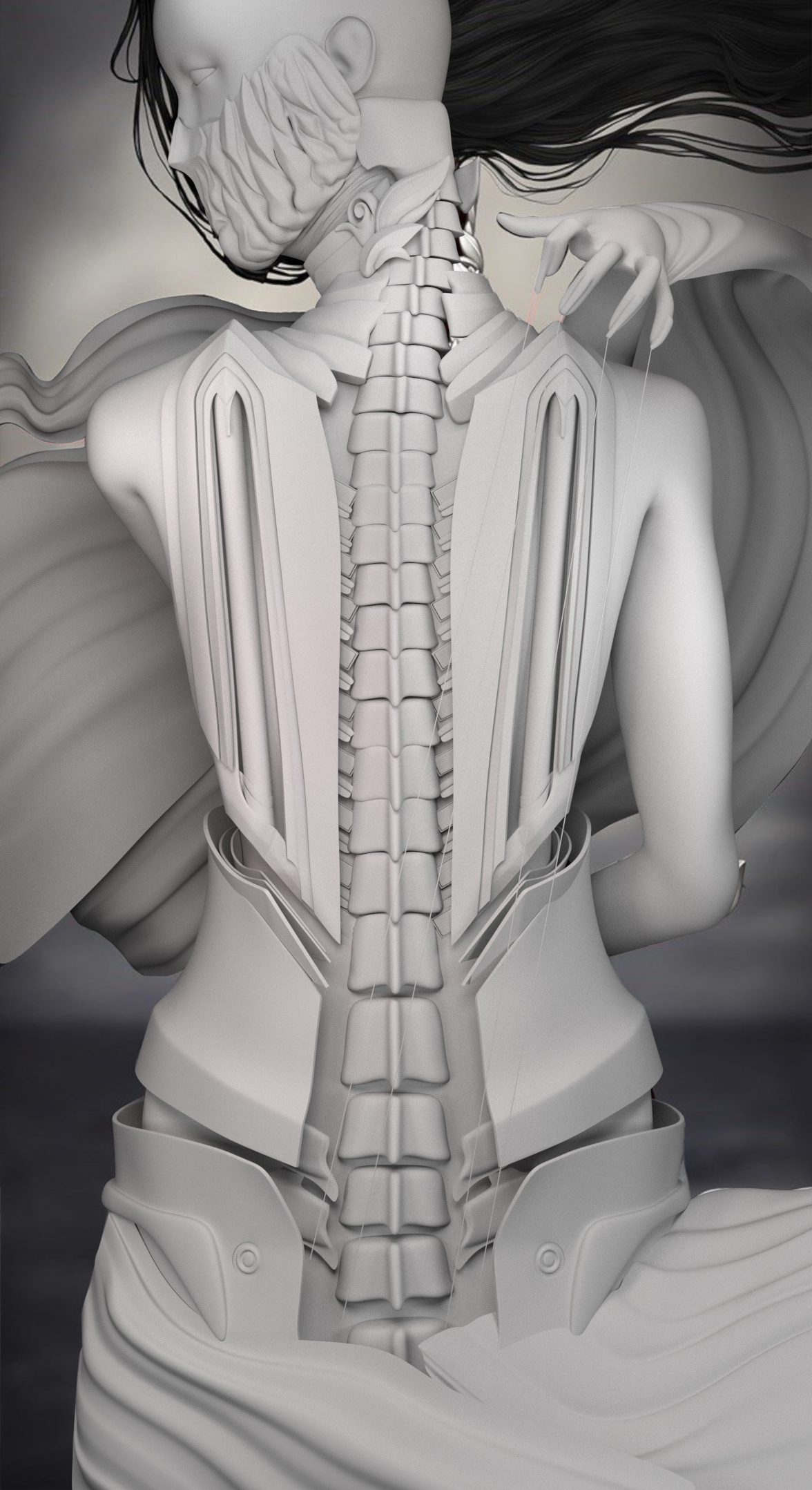 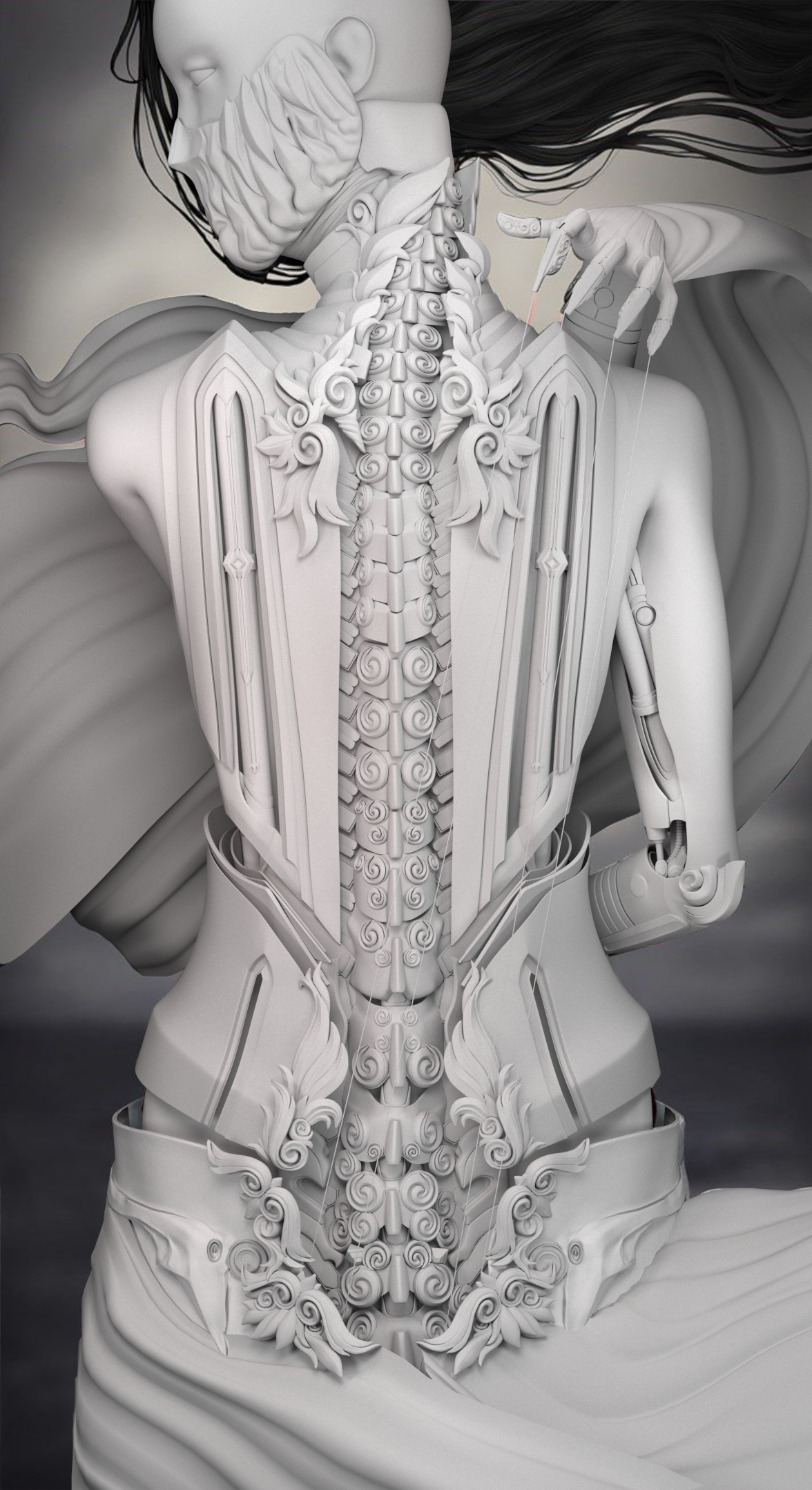 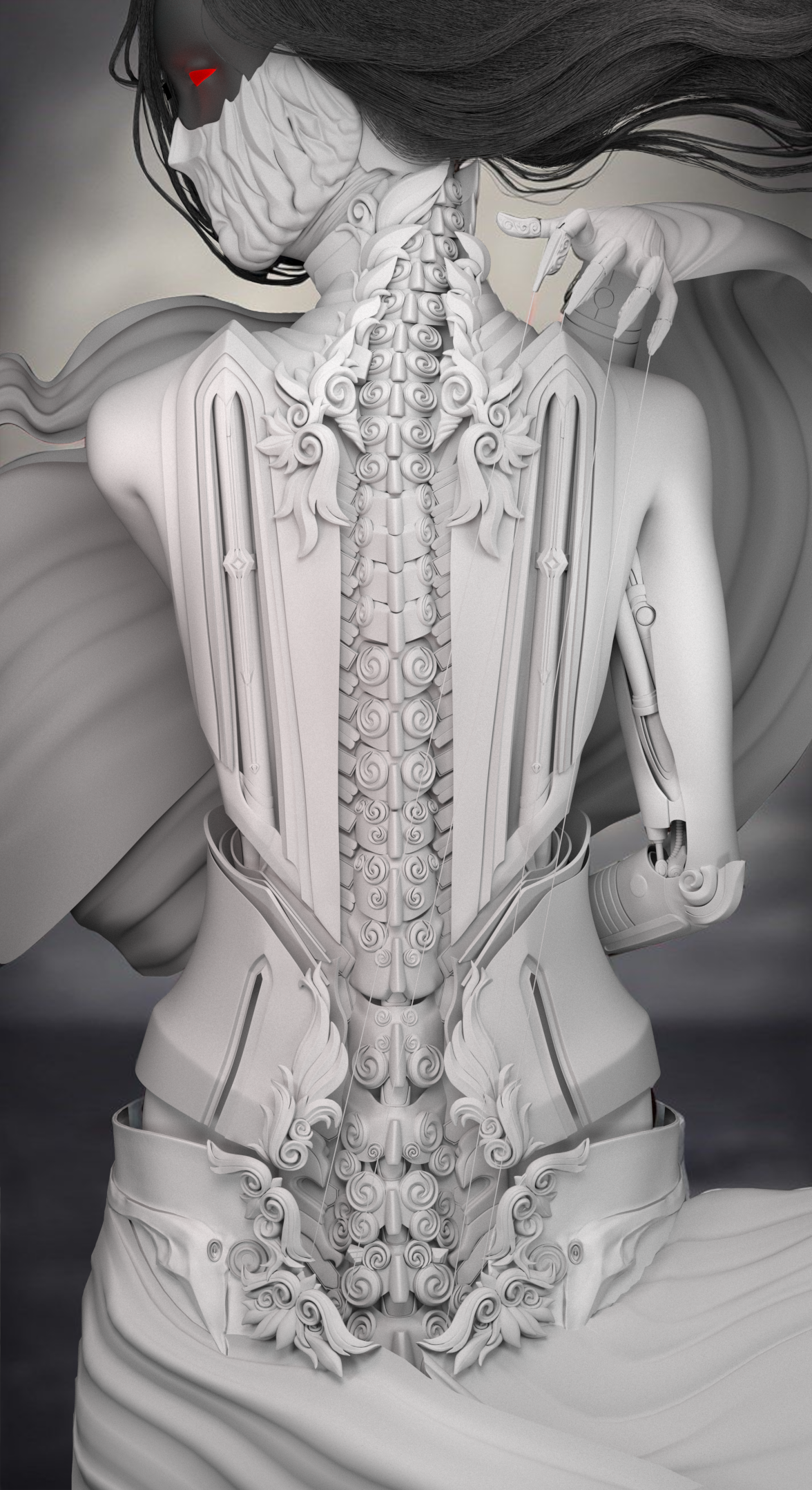 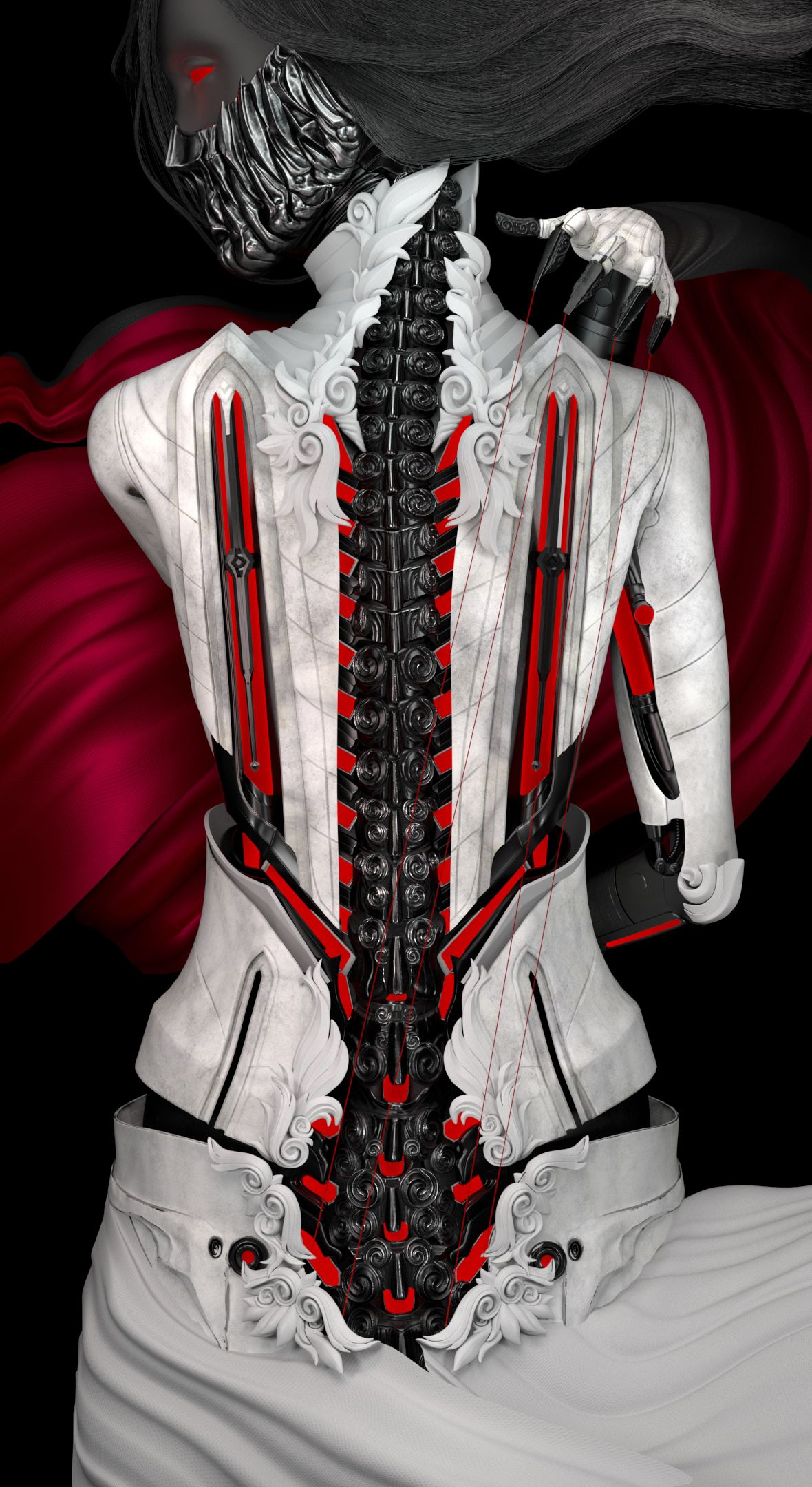 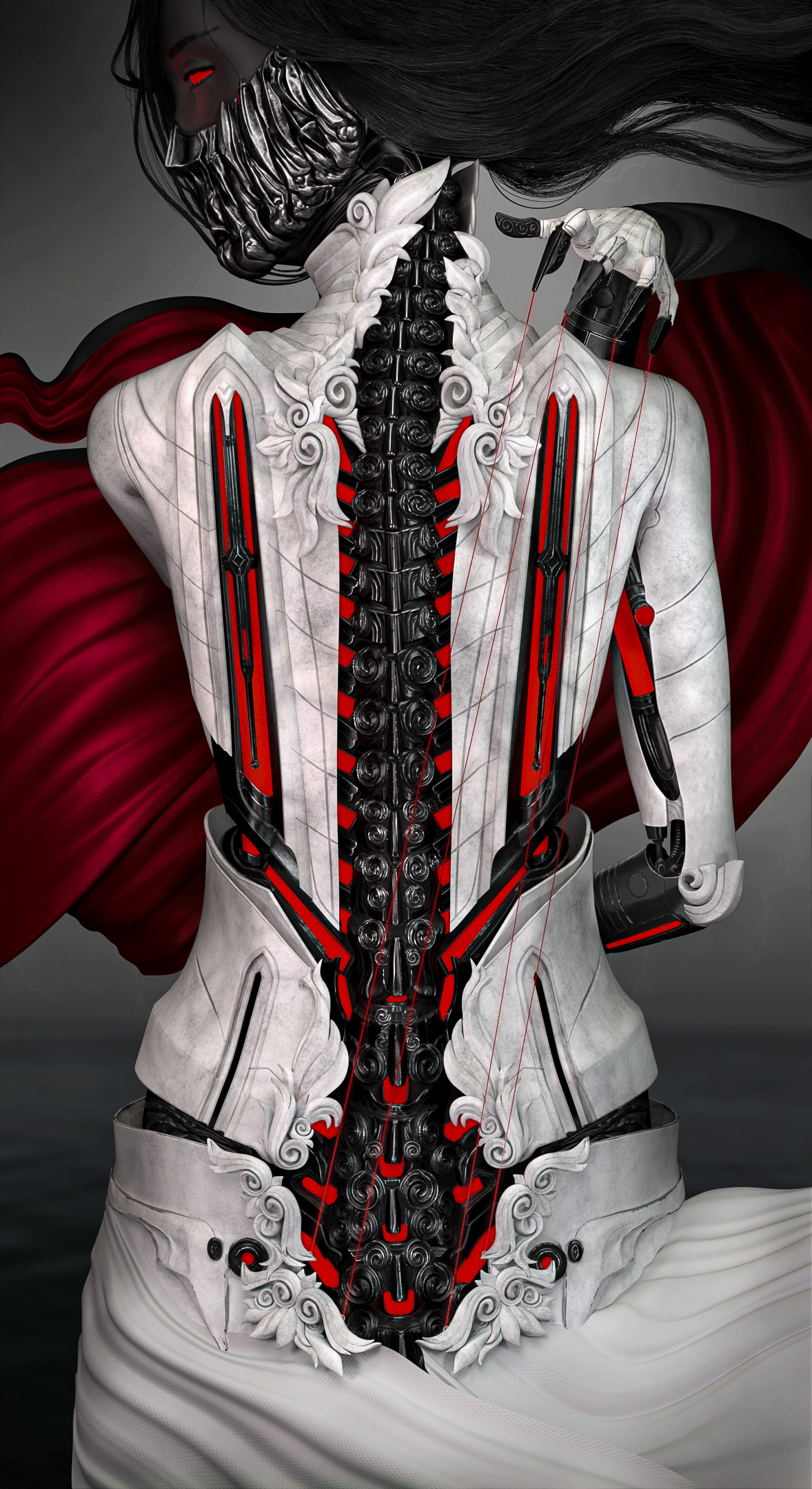 I started off by creating the two base porcelain/marble shapes to get the camera perspective correct. Then with that all lining up nicely, went about blocking in the upper body, arms and head. Trying to get the correct angles for every shape.

Upon realising that the concept head perspective wasn't anatomically possible I decided to change it so her head and neck flowed more naturally while looking behind. Once the large primitive shapes were made I then created the smaller more intricate details such as the filigree, mechanical arm components and embarked on sculpting the spine as well as the other detailed shapes. This area took the longest by far but rewarding in the end.

With the main sculpt complete it was time to move onto XGen hair, this was a very fun area to tackle as I had not used it within Maya before. Manually placing the flyaways to add that realistic touch really started to cement this piece in my mind.

The first fully finished aspect of this was the mask, I knew that the head and mask along with the spine were the main focus points that would draw viewers attention, so they had to be where the most effort was put in. Using Topogun and Maya to create low poly versions and UV all the necessary pieces I pushed the mask all the way, fully textured, rendered with lookDev to confirm the workflow I had was working for me. I tried the same with the hand, reaching behind, to refine the marble like texture to be used across the entire body.
Once the first iteration of textures were in place, I set about refining each piece adding unique erosion wear and tear as well as blemishes from exposure to light.

The last area of main focus was the face, eye and eyebrow/eyelashes. This area was important to get the realistic humanoid look while at the same time have an almost ethereal presence to it, being a part of greek mythology.

Finally compositing in Photoshop was very instrumental to setting the scene including recreating the background in a darker more sombre mood to match the theme of 'tragedy' with a personal addition of a lightning storm far in the distance to symbolise unrest and chaos. 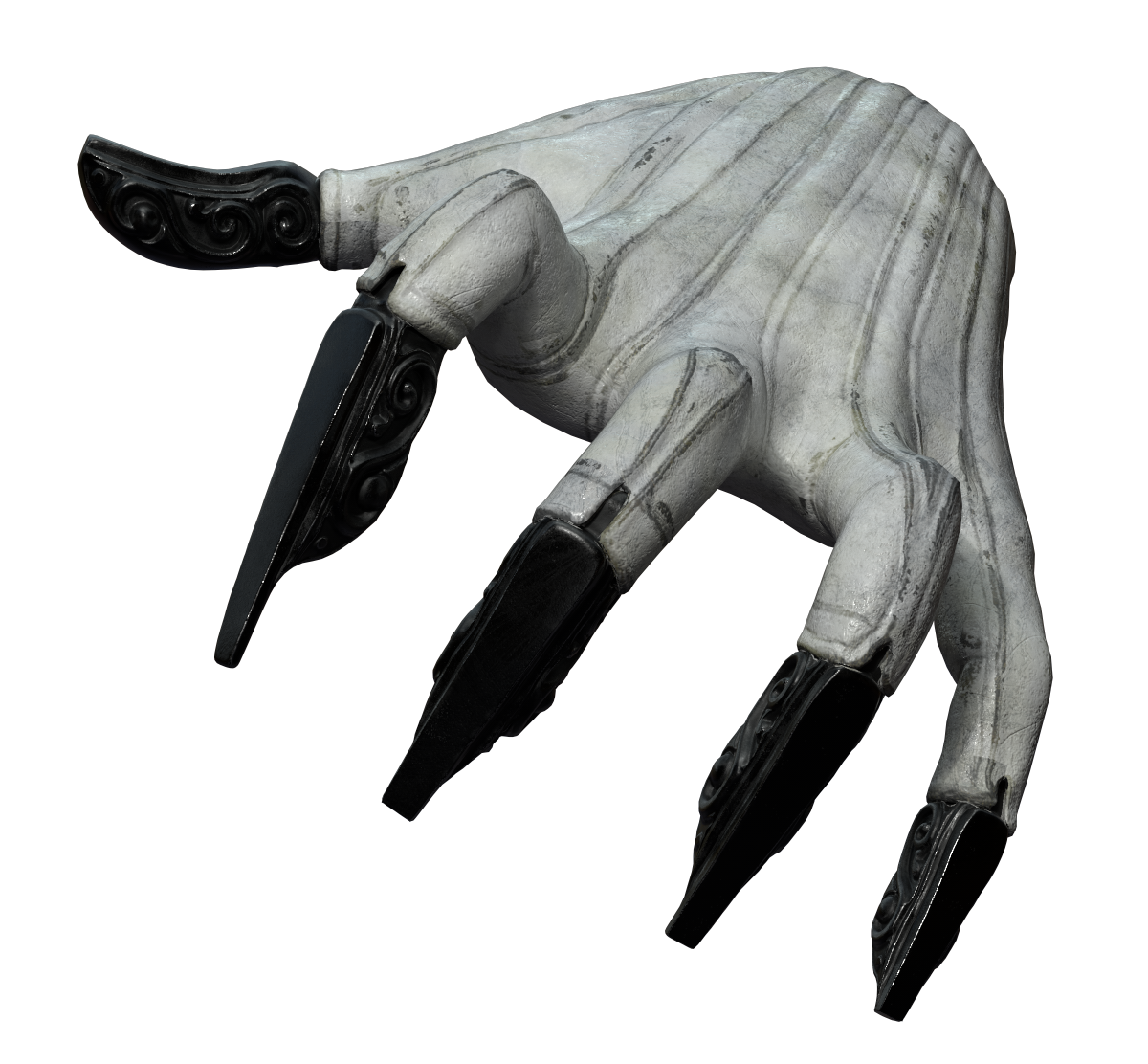 An up-close shot of the hand to show the marble and metal texture that covers her entire body. 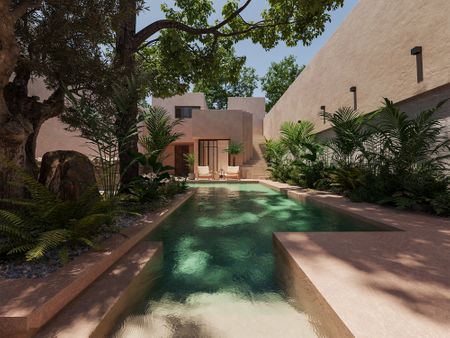 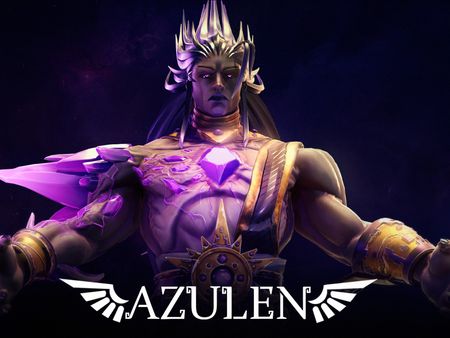 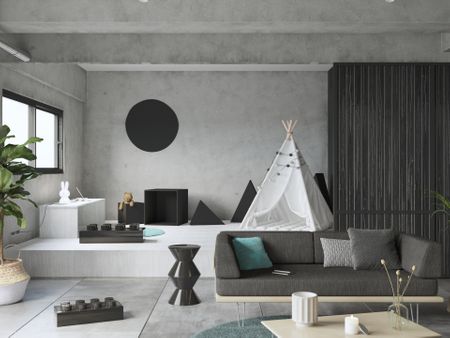