Entries should showcase content created in two-dimensional format and has been enlivened with movement. This type of animation is regarded to be the traditional form of animation. Projects can be of any topic. Characters, creatures, props and even environment work will be considered. 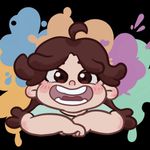 I am a person who loves animation. From the time I started loving animation to now, I decided I would definitely be looking for a job in animation. So after studying traditional oil painting and getting a postgraduate diploma in oil painting, I chose to continue to study animation, and I believe that my previous studies will definitely help me in new fields because art is all connected. 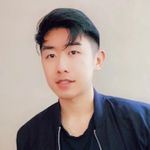 For me it all started when I delved into the world of entertainment as a young child. I fell in love with great storytelling and the wonderous world of animation. I can pin-point it back to a show in particular called Avatar The Last Airbender. I thought to myself back then, how great it would be to be apart of the process of creating something that I enjoyed so much. As I have gotten older, that passion only grew stronger as I learned more about the production side of things. 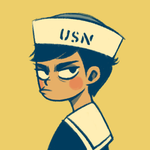 I got into drawing as a child, but only decided to pursue the path of becoming an animator in my teenage years. 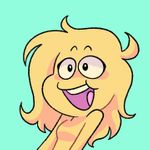 My love for art and animation has existed for as long as I've been able to hold a pencil. I knew from the very beginning that I wanted to entertain others in the same way that I've been inspired to create my own pieces. 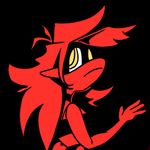 I have been interested in cartoons since I was young, but really discovered my love for animating when I was in high school. My favorite shows have always been the ones that have comedic and compelling storytelling. Two of my favorites being King of the Hill and Gravity Falls! My favorite role on projects are creating characters and worlds that have lots of personality. I love problem solving and creating engaging stories that can fulfill action centric, serious, or comedic roles. 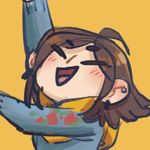 I’ve always been drawn to animation. Since I was little I’ve watched a lot of shows at “Canal Sur” and I used to draw all my favorite characters but I’ve always wanted to learn the magic behind the craft. 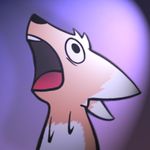 When I was young, I was fascinated by the idea that an individual can make their own games, downloading Unreal Engine is where my creative journey started. By the time I was 15 my interests shifted to 3D Animation, from there - I was a traditional 2D Animator for 2 years. When I was 17 I got my first position as an animation compositor for Zantu, from there, the freelance work positions started arriving in my inbox. I am currently studying a Bachelor's in special effects and animation for film.

It was 2008 and nestled between my hands was a Nintendo DSi. And on that DSi, there was an app called "Flipnote", that allowed anyone of any age to create these things called "flipnotes"-- digital flipbooks that you could share online, which each "page" acting as a frame. It was the first time I found a community, completely awestruck by fan animations of Legend of Zelda, epic stick fight scenes, animatics, everything! It was the contigent moment where I knew I wanted to become an animator.

China | California Institute of the Arts

I believe animation has least limitation as a media to express our thoughts and feelings. 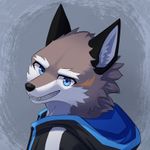 At first, I was trying to sort out which career I wanted to pursue, so at the time I was thinking a game developer. It was until one day, I went to go see Zootopia with my friends. That’s when I was inspired to become a 3D animator. Later, when I started my first 3D animation VET course in 2017 that's when a student inspired me to take my art seriously. My inspiration for both mediums comes from seeing multiple animated shows and films including anime, cartoon and other artists who inspire me. 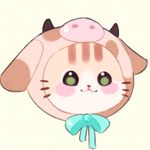 I've spent most of my childhood in a cinema theatre where my mom used to work, watching alll those movies inspired me to draw my favourite characters. After that I realised that I wanted to take a part film making, especially animation. 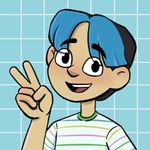 I always loved animated films and shows, and I created my first 2D animated short when I was fifteen. I was completely self-taught and lacked any professional equipment or programs, but I had so much fun making it that I decided I wanted to continue making films throughout high school. I have since attended the School of Visual Arts, learned how to use actual animation programs and techniques, and just recently graduated with a BFA in Animation.

It was my first year in high school. But I started to study film since I went to college. In my sophomore year, I transferred to animation major. 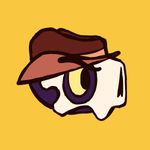 Seeing behind-the-scenes work for some of my favorite movies and TV shows like How to Train your Dragon and modern-day cartoons really inspired me to pursue entertainment design and animation. To have the power to create unforgettable characters and then bring them to life sounds like the most incredible job a person could have.

My mother was a huge influence on me because she was a textile designer during my childhood. I was always so astonished by my mother’s paintings of realistic flowers that would later be printed onto curtains and other household objects. My love for animation developed in high school. My peers and I experimented with many different forms of art like printmaking, designing websites, and animating. Our animation project was definitely a major influence on my decision to pursue animation.

As a child, I fell in love with the way Disney princesses’ hair and skirts moved, which has since transformed into a passion for breathing that same life into my own characters. I especially find myself fascinated by older, more traditional animation techniques, such as the use of cels. These were real, tangible objects that were held in the hand, not assets floating in cyberspace. I want to replicate that style, merging the look of traditional classics with modern techniques.

I've been drawing and creating for as long as I could hold a crayon, so art has been a huge part of my life. I've always loved animation and video games, but it wasn't until I was in middle school that I learned I could get a job doing it. Ever since, I've been determined to one day work on the adventure fantasy story I've always wanted to see. 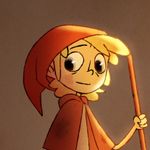 From a very young age, I have been interested in all things creative,artistic and challenging. And consuming the creative media I watched online and on TV as a child inspired me to create my own through animation ! I've been drawing and creating my own ever since and continue to do so! 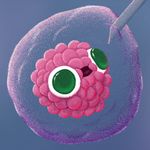 I have always had a passion for drawing and art in general. It wasn’t until 6th form, I decided to dedicate myself to developing my skills in digital art and story illustration which lead me to a course on Animation where I further developed my skills and decided on my career aspirations. 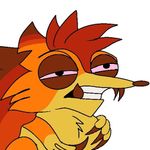 I have a great love for everything animation, and my main aspiration would be to officially become a 2D Animator! I've loved everything 2D from young and grew up watching Cartoon Network, Nickelodeon, Disney and Pixar on a daily basis. I finally realised it would be the job for me in my early teens. 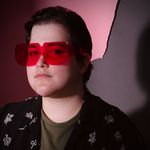 Since I was a kid, I've always known I wanted to be an artist growing up. My dream was to go to school for animation and now that I am here I know for certain Animation is what I love to do. I cant wait to learn and dive in deeper into my dream career 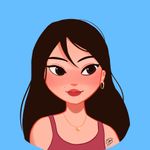 I first realized I wanted to work in the creative industry when I was in grade 10. I was 15 at the time, I was failing chemistry, and I came to the life-altering conclusion that drawing and art was what I wanted to do for a living. I grew up watching Disney and it's had a huge influence on my life as well as being a source of inspiration. I would just love to create or be apart of something that can impact people the same way Disney has for me. 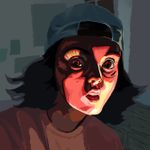 I always loved drawing as a kid, and my interest in the art of animation was sparked by watching the movie Coraline. However, I don't think I really decided I wanted to make films until I watched "Now You See Me" with my family in 2013. Looking back the premise seems ridiculous, a group of magicians use their magic tricks to pull off a heist, but the amount of fun and excitement it brought us was unforgettable. That filled me with the desire to entertain people with my art. 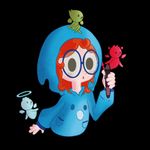 From performing silly puppet shows as a kid to ogling at animated movies as a teen. Creating my own stories and making my own art just seemed like what I was meant to do! Doing art is something that makes me both happy and motivated, and It's something I find a lot of love in pursuing.

When I was a young lad, playing video games, watched my family's old VHS tapes, and consuming as much media as possible. It was the end of high school, I realized I wanted to be a part of media and be creative.

I have always found visual storytelling to be incredibly powerful and a great tool to portray a message or provide an escape. I have always loved creating art and telling stories, but I did not realize until I was in high school that it was something I could do professionally. After all, your favorite movies don't just make themselves.

I think I realised it while studying at ECV in the entertainment industry. I have always liked to draw, and I got interested in art schools because I was failing at school. I've always loved animation, and that's kind of how it all started. By telling me, "why not" 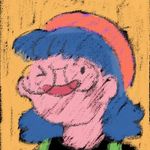 Falling in love with animation starts very early in my childhood. Those fantasy worlds that animation introduced were attracting me digging in this field. After four years of undergrad-study in the major of Film, I realised that animation is the alternative goal of introducing my fantasy to others.

The moment I had the chance to make my own film, I knew that I wanted to create a film to represent the voices of the unheard.